Can humans regrow a finger or a limb? 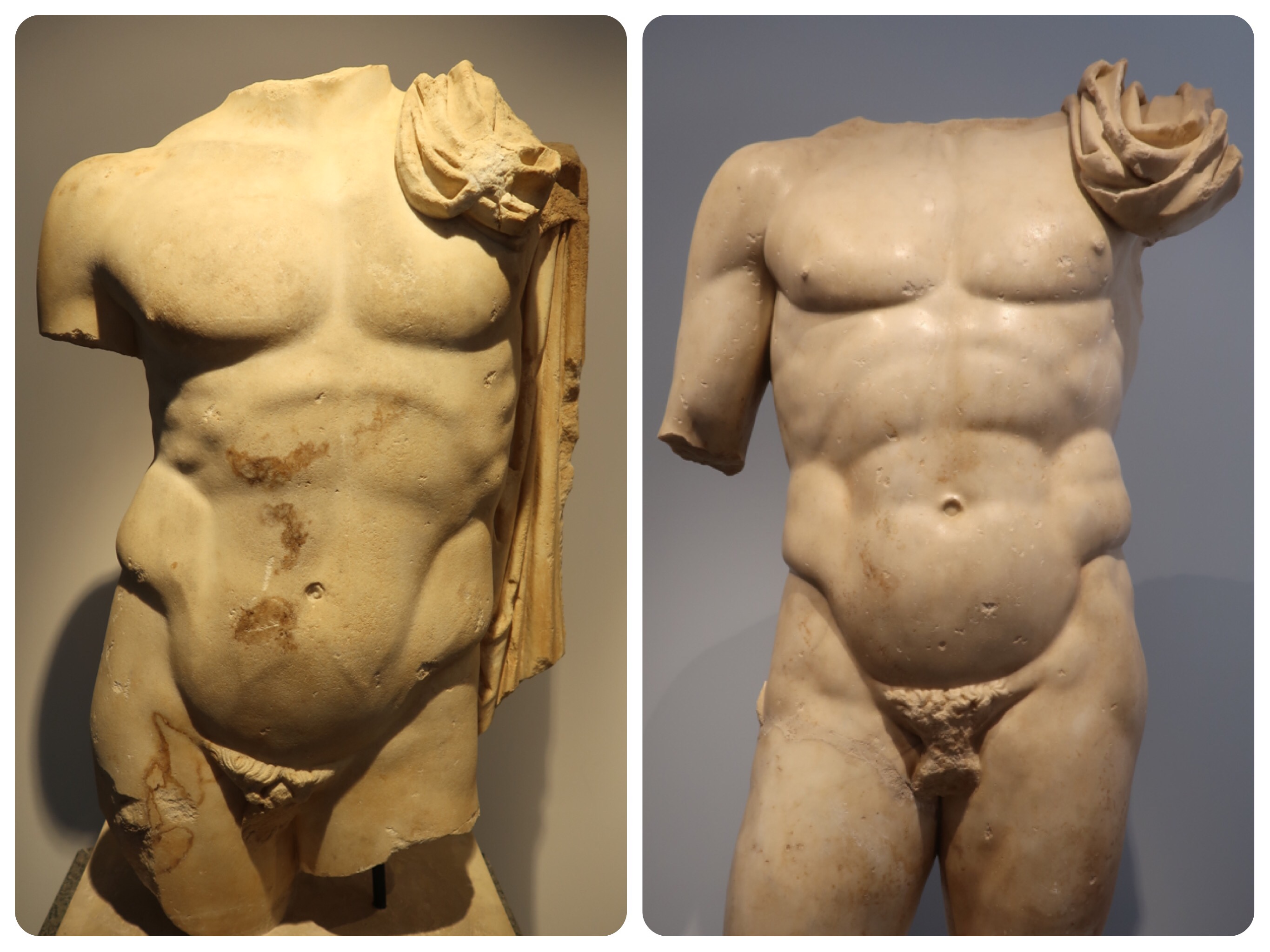 Today I saw in the news a video documenting a small crab who amputated his own injured arm, to save itself.

Of course the media made a direct correlation to the story of the extreme hiker Aron Ralston, who cut off his own arm to free himself from a boulder that his hand was trapped under, in the Utah canyons.

The crab tried to grab the newly born chicks of a booby hen parent, who fought the attempt with its hard beak.
During the battle, one of the crab’s claws was badly injured, the crab retreated, and after assessing its condition, it used its healthy claw to chop off the injured claw.

The narrator assured us that unlike the extreme hiker in the Utah canyon, that crabs can and do regenerate their missing parts.

For an adult crab, it takes about one year to completely regrow its claw.
Claw regrowth is much faster in young crabs or other species of crabs.

So I watched this and I wondered….

Why is that that crabs can regrow their claws, and we humans are not as advanced as crabs?
Why is it that we, intelligent beings that we are… Are rarely able to regrow amputated limbs?

The crab’s claw is carapace, which is a hard shell made of calcium carbonate, chitin, which also contains nitrogen atoms, proteins like Keratin and more.

So these little crabs have the capacity and the intelligence to regrow their claws and all of the connective muscle and tissues inside the shell, in about a year…. Yet we, humans, are mostly not able to regrow a lost finger or an arm or a leg…… Why is that?

I know that if I were to tell you some stories that I have read, in which people have eye witnessed exactly that, that most people would not believe it.

It seems to us that for a human to regrow a lost limb would be a complete miracle beyond science and beyond comprehension….

But luckily, it is not our limited understanding of science that governs the real world…. But the laws of Infinite Love…

The material world as we understand it seems not to be regenerative, but to only go in one direction…. Towards decay and death.

We do not really believe that the Universe can be so compassionate as to allow us to regrow limbs and rejuvenate bodily damage….

Nobody expects a person to regrow hair after he/ she has became old and lost his/ her hair.
Nobody expects their lost limbs to grow… Their damaged spine to regenerate itself….. Nerve damage to reverse its condition…. Wrinkles to disappear with the passing years….

We must not become slaves to our limited knowledge of science and of how we and our scientists imagine things in the universe to work.

We must move beyond the limitations of the rational mind, and not become bound by old ideas and previous knowledge.

We have constructed within us a way of seeing and experiencing the world that is limited to a collection of ideas and beliefs which are based on very limited scientific knowledge.

Take for example the idea of water.
We know what the molecules of water are composed of, but we know virtually nothing about the TRUE Nature of water.

We know for example that water will put out a fire, by pouring water on the fire (not electric fire, just a fire in the woods, or a burning house…)

But allow me to draw your attention to a contradiction here….

1 molecule of water is composed of 2 atoms of Hydrogen gas and 1 atom of Oxygen gas.

How does water put out a fire?

Hydrogen is a highly combustible gas, as we well know from the H-bomb, the Hydrogen bomb.

And Oxygen is a highly inflammable gas too…. In fact, it is Oxygen which FUELS the fire….

If you pour an element (water) that is composed of two highly combustible gases, like Oxygen and Hydrogen, how does it not fuel the fire even more…. And instead has the property to put it out….

If you Google this paradox, you will get a lot of answers which are neither scientific nor sensical.

In my own non-scientific opinion, the reason two combustible gases combined into water are able to put out a fire, is because the sum of two things is very often much GREATER or all together Different from than either of the two things alone….

Mathematics and science are indispensable to an intelligent discussion of the material aspects of the universe, but scientific knowledge is NOT necessarily a part of a realization of a higher Truth and of an appreciation of spiritual realities.

If we look at the laws that govern success in our earthly endeavors, we will see that a combined force of two or more people, will always results in something greater than the two individuals alone.
A marriage, a partnership, a business venture, a government, a collective, an organization, all have more power than if an individual tries to do those things alone.

A collective democracy is more powerful and more just, than a dictatorship… A business venture that calls for more than one mind to join, usually tends to be more successful than an individual dreamer…..etc….

Not only in our daily life, but even in the world of physical energy, the sum of two or more things is very often something MORE than, or something DIFFERENT from the predictable additive consequences of such unions.

The entire science of mathematics, the whole domain of philosophy, the highest physics or chemistry could not predict or know that the union of two gaseous Hydrogen atoms with one gaseous Oxygen atom would result in a new and qualitatively super-additive substance liquid like water.

We must emerge from the slavery of fear and the bondage of superstition.

We must look for emancipation from dogma and tradition.

Our science is engaged in the age-old battle between what is true and what is wrong…….

Our science is looking to simplify the complex Universe and to bring us answers that are free from spiritual abstraction.

But in the process, science became a slave to mathematics, and blinded by limited ideas about mechanistic materialism.

We will not progress much if we will not individually and collectively free our minds from slavery to the ideas that are considered to be “true” in this relative world that we erroneously believe to be governed by mathematical mechanistic materialism.

Much like a land mass that can rise up from the sea, to create atolls and islands, so can a body’s finger regrow…. Or a fallen adult tooth…

Take a look at the night sky…
See the planets and the stars….each one of them is a universe unto itself…. Many with their own suns and moons….

The Universe is full of Love….
It is magnificent and you ARE an IMPORTANT and IRREPLACEABLE part of it….

You are a MAGNIFICENT Spiritual being….

You are NOT a mere mortal body….. But a FREE and all loving Co-Creator of this wonderful Universe….

Would you not dare to look upon your own Majesty…and instead choose to imagine that you are nothing but a limited, mortal, mechanical body which is destined to break, to decay and to die…..

Do not believe in your littleness.
Who you are is such a beautiful Being, that you would fall to your knees in reverence when this realization finally will dawn upon your mind…

Do not narrow your vision to what passes as the “news” in this material world, which does not even exist as you understand it…

Do not allow your Spirit to get disheartened by the emptiness you perceive in this meaningless vision of the world….

Lift up your eyes and be cheerful…
And whenever you are tempted to judge the world to be a sad and lonely place, look WITHIN yourself…… You will find majestic lands beyond your comprehension……. And let your heart be glad again….

You are NOT a mortal child of a dying world….
You ARE The Holy Child Of God Himself…..

If you do not believe my last statements…. Surely you could believe that you are at least as worthy as a hermit crab…
Take a look:
http://www.youtube.com/watch?v=iwJgIaVzjvA&feature=youtube_gdata_player

← Re-Discovering Your Divine Personality
Dot dot dot….or how do we KNOW when something is true →