The Importance Of Developing The Ability To Endure 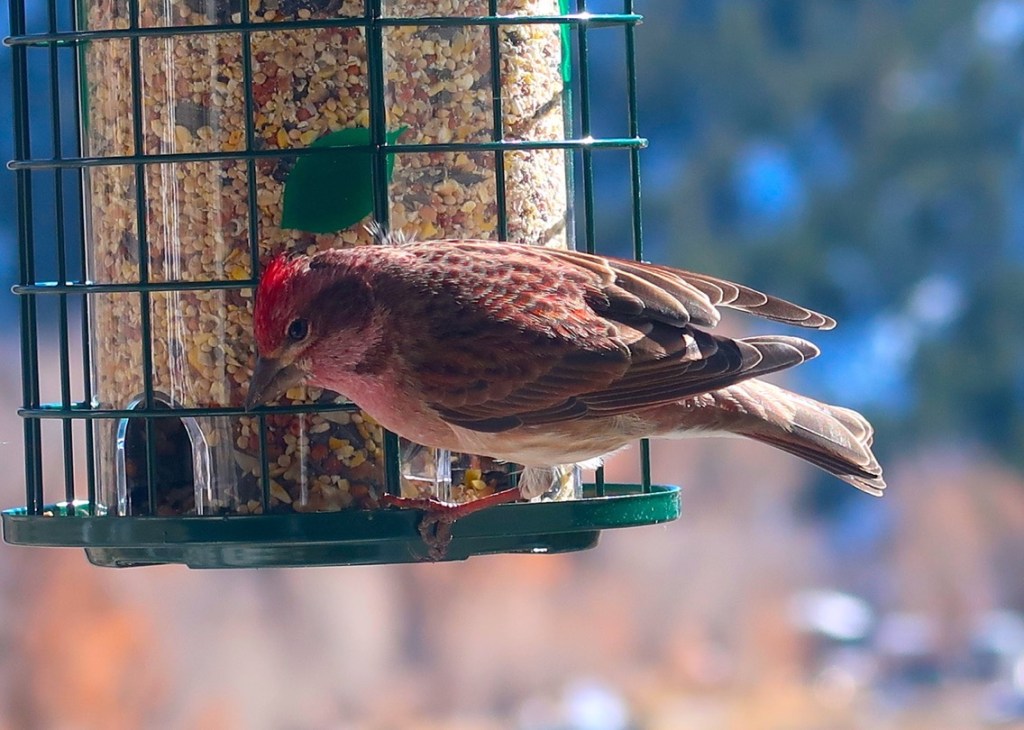 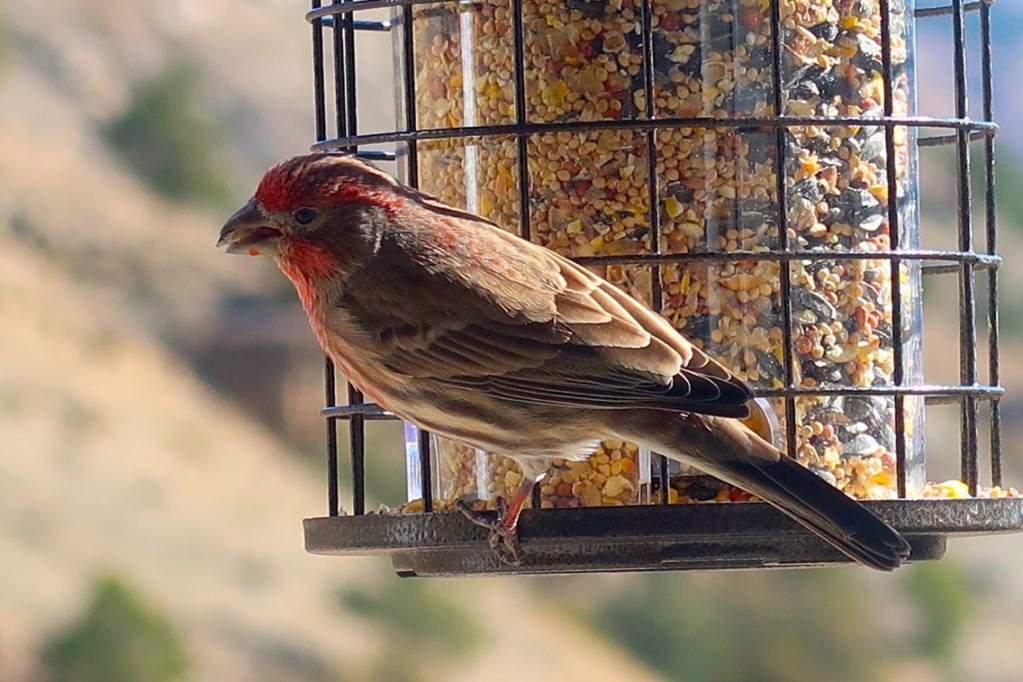 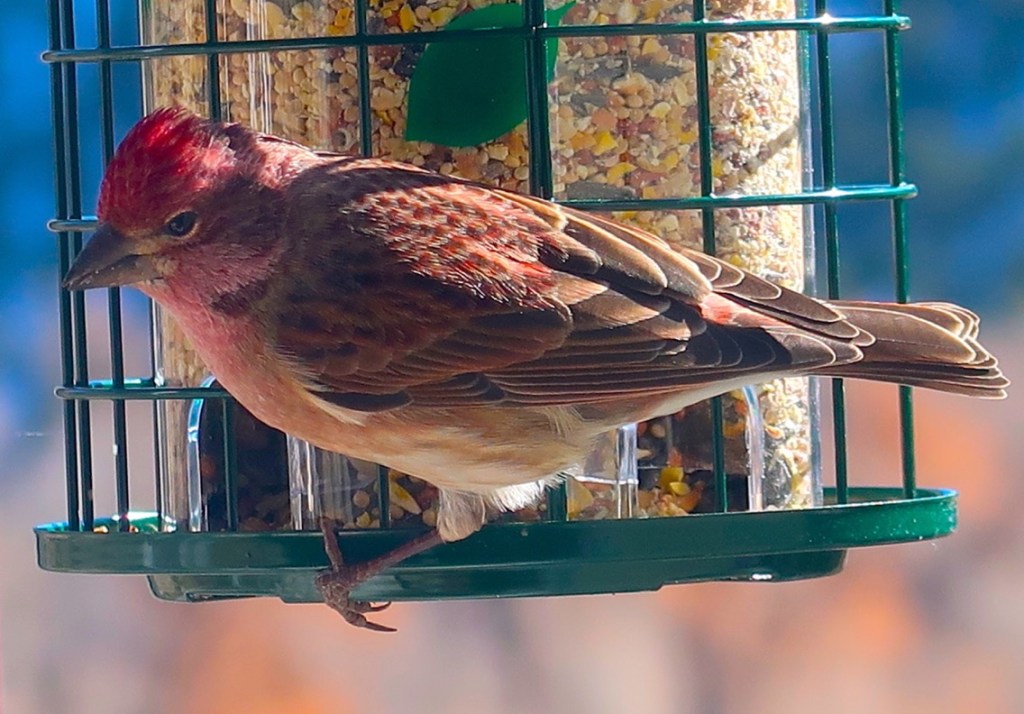 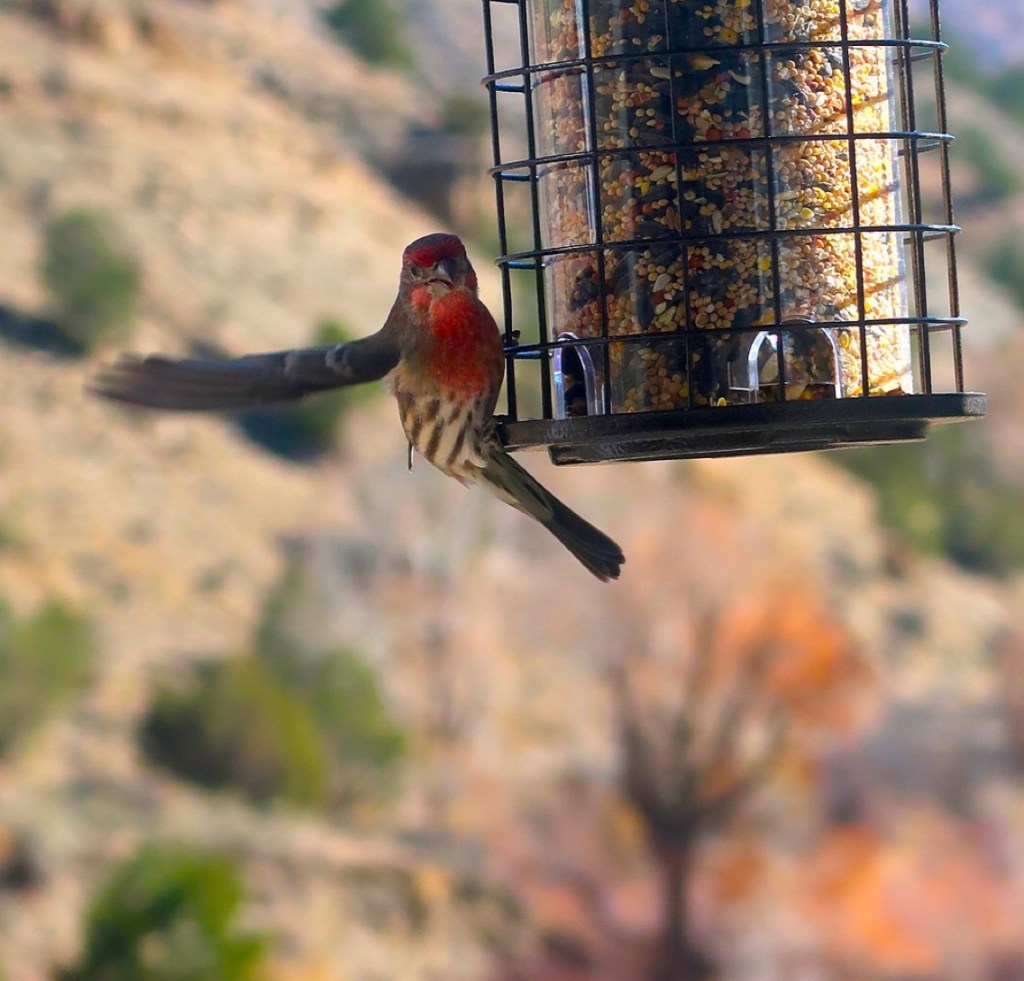 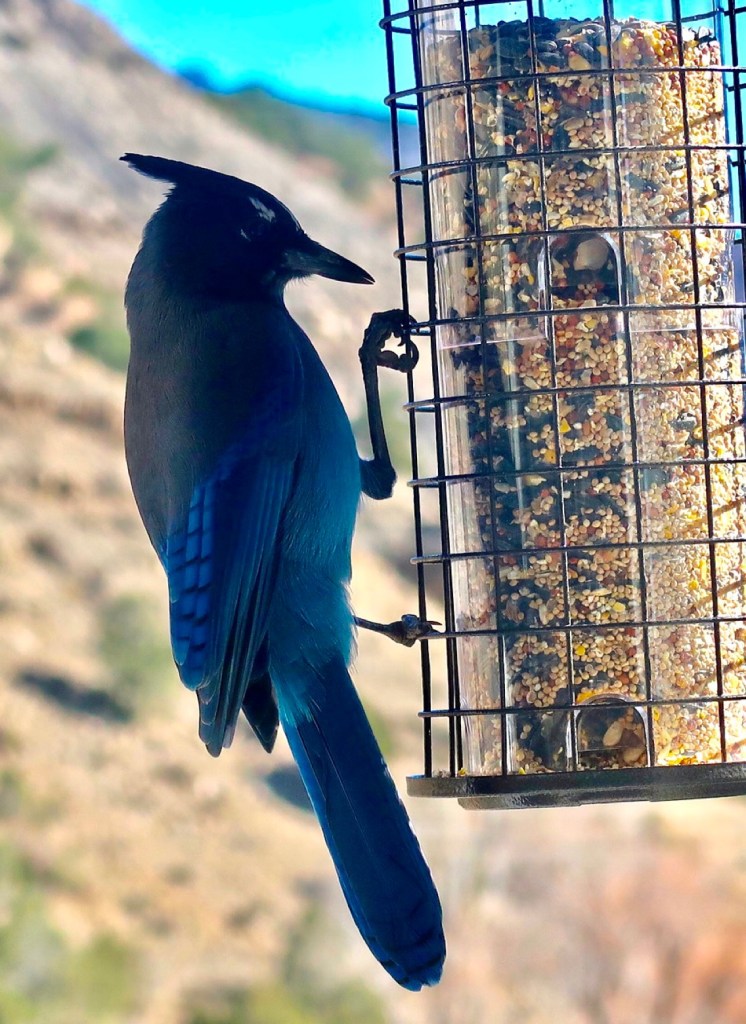 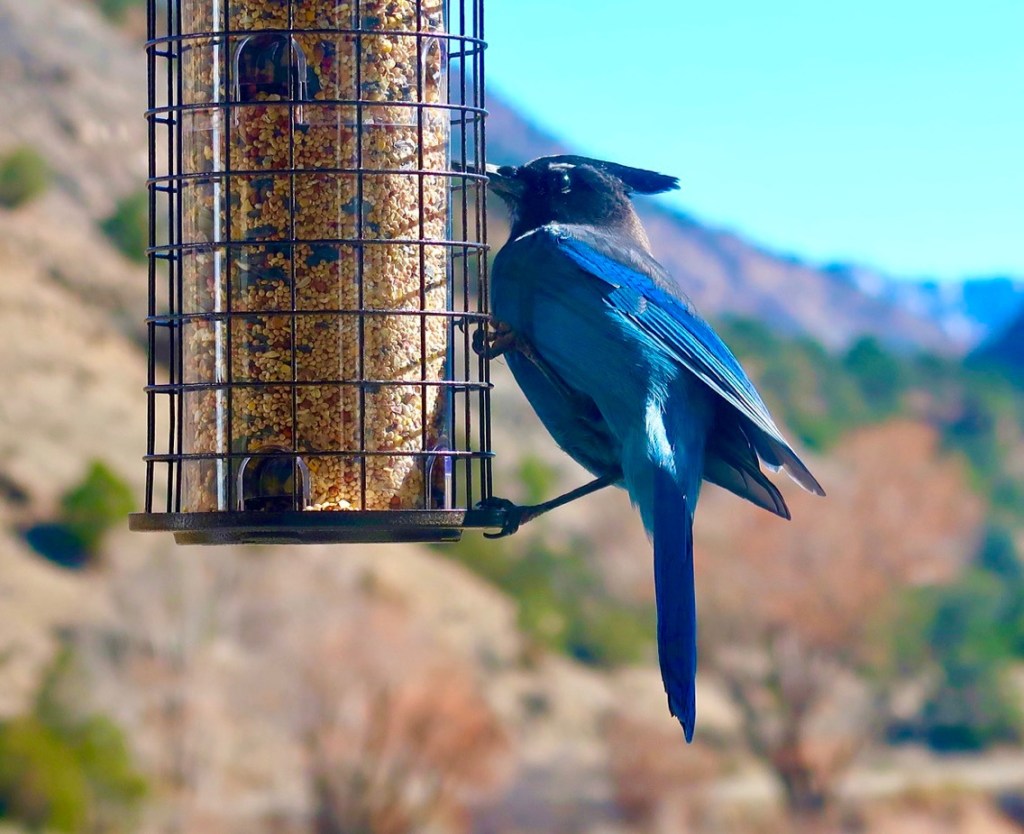 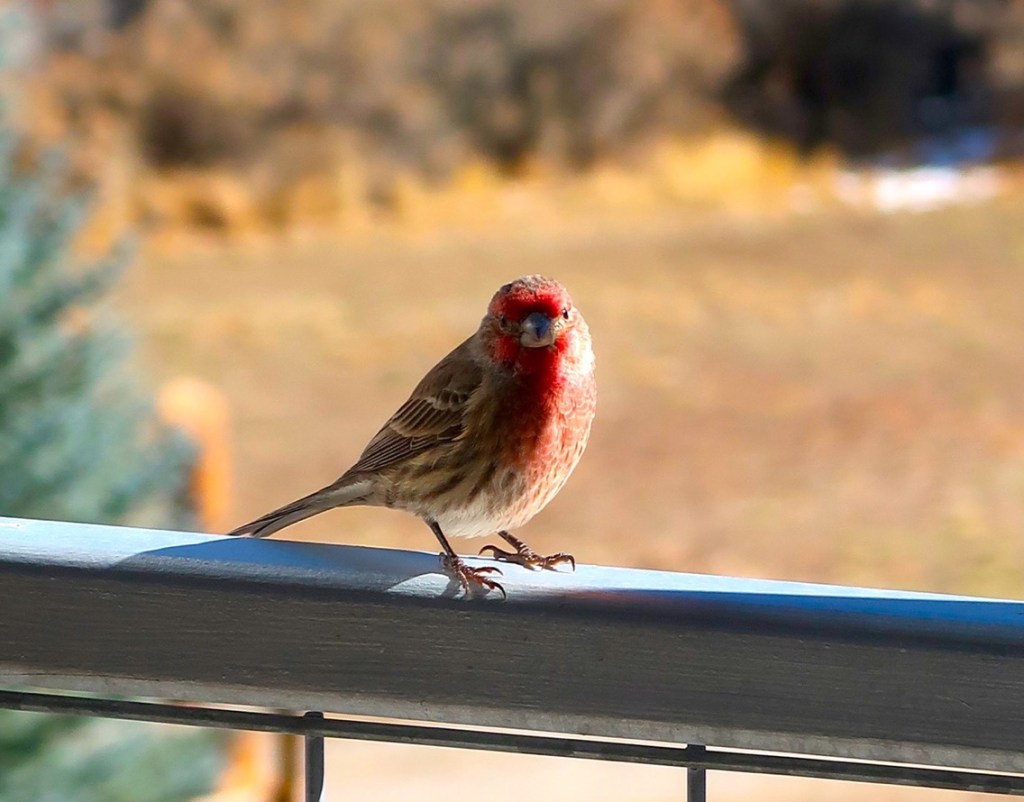 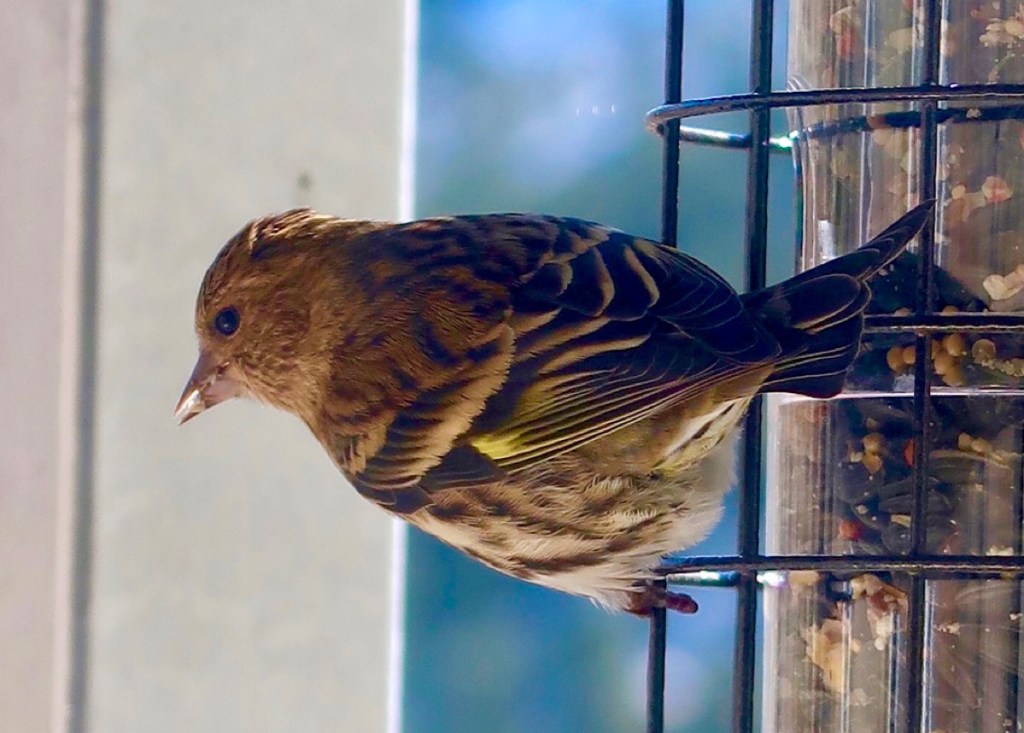 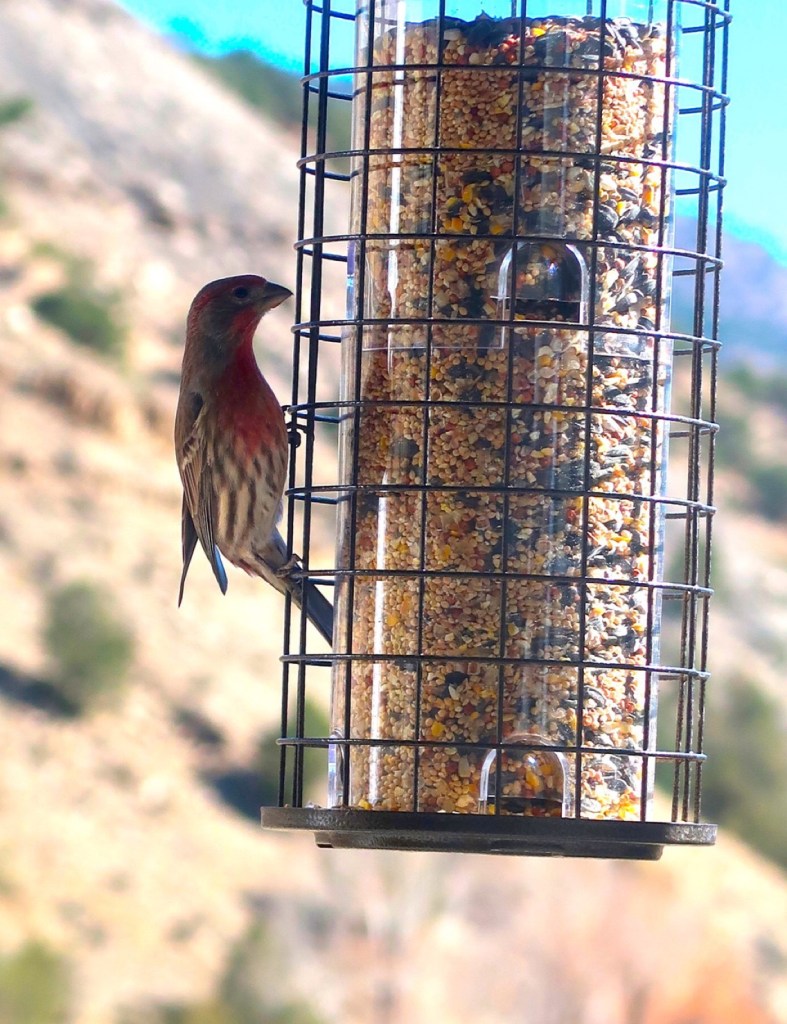 I open the curtains early, because I want to see the many birds that come to feed at our bird feeders.

This year, for the first time, Jules established a wild bird aviary outside our bedroom, by hanging many bird feeders and filling them with an array of delicious seeds and peanuts.

At first, I was not sure that it was a good idea.
After all, birds are very messy and spread seeds and excrement all over the place.
The area will need constant cleaning and I also wanted to reserve the space for our hummingbird feeders.

We used to hang hummingbird feeders outside our bedroom, but the hummingbirds have already flown south for the winter, looking for the warmer climates in which nectar filled flowers bloom.

Hummingbirds are very timid and will not feed in close proximity to bigger birds.

But in order to help the birds endure the long snowy winter, we have replaced the hummingbird feeders with wild bird feeders.
At first, our only guests were Blue Jays and Stellar Jays, which are bigger birds that seemed to intimidate other smaller birds from coming.

We decided to practice what we believe, that there is an abundance for all of God’s beloved creatures, and added more bird feeders.
Soon, our bedroom patio was filled with song birds of many colors and sizes.
Who knew that so many birds stay in the snowy mountains during wintertime….

In fact, there are small birds called nuthatches, who only come during wintertime, flying north to Canada in the summers, in search of cooler climates.

The birds are delightful to look at.
They are so full of energy and zest for life.
They keep warm by constantly moving, and they sing in beautiful tones.
Well, all except for the Jays, who have scratchy voices that sound a little like crows.

The little finches are songbirds that are beautifully colored in reds and purples.

It all reminds me of the bird markets in Beijing and Hong Kong, where sellers who look like ancient philosophers gather daily in their undershirts to display their song birds.

The birds are kept in handmade bamboo cages, and are fed a mixture of live worms and seeds.

Countrymen come to the city to sell little crickets and cicadas in small bamboo cages, for a few coins.
City dwellers who miss the sounds of the countryside buy these insects to remind them of home.

The sellers are just as interesting as their song birds, and they share tidbits of wisdom about raising birds, mixed with bittersweet ideas about politics and life.

I miss traveling in Asia so much that I have started cooking all sorts of food that I do not normally cook at home.
I bought pans and pots to cook Indian dosa and steamed idllies, and all sorts of authentic Indian spices.

I miss Taiwan so much that I bought all sorts of foods like dried Lily flowers and Lilly bulbs, to use in stews and desserts.
From China I bought peach tree sap that looks like hard golden precious stones, but when soaked overnight and then boiled, becomes a great addition for a sweet dessert called harmony soup.

I am making Thai and Malaysian foods often, and I dream about going to Bali soon….

I know that like all people around the world, I have to accept the travel restrictions caused by the coronavirus.
But it is so hard to endure…..
I have the money and the time, but I am not allowed to enter….

In my studio, I continue to paint the 500 Arhats (or Rakans) project that I started more than three years ago.

It is a laborious process that allows me to experiment, learn and grow, while concentrating on the concepts behind this art project.

The process of converting an idea, which might be clear and neat in the mind, into an actual object, can be challenging and difficult.

The eye and hand must be developed to cooperate and coordinate with the brain, in order to birth an idea.
But it is in the process that we discover ourselves and expand our boundaries.

The Rakans or Arhats are the enlightened students of the Buddha.
They are often depicted as old and wise men, wearing tattered robes and living in harmony with the wildlife and nature around them.
They are noblewomen and noblemen who have learned to endure, and to control their emotions.

Sometimes they are painted as wearing glorious robes, reflecting the power and majesty of their divine nature and mastery over their lower ego personalities.

Above all, I try to convey the idea that these were ordinary people, who overcame the difficulties of the world, by practicing self discipline and learning to control their feelings.

They were not swayed by the illusions of the world, and like old warriors, they trod the ancient roads of Self discovery, towards God realization.

They might not look fashionable or posh.
They appear very ordinary.
But they are not ordinary men and women.
Inside each and every one of them glows a glorious flame of inner light, that is not visible to the human eye.

All of us who are struggling to endure these times and still let our inner beauty shine despite difficulties, know how honorable and commendable the journey truly is.

I am adding an old poem about Endurance:

Look at the leaders of the past:
Liu Ling lost his fame
because of his inability to resist the temptation of wine.

Chen Ling exterminated his country
because of his inability to resist his greed.

Shi Chong destroyed his family
because of his inability to resist the allure of wealth.

Xiang Yu imperiled his life,
because of his inability to control his anger.

All those who commit crimes today,
Do not know how to endure.

Among all entrepreneurs of the present and past,
there is not one who did not practice endurance.

Whilst practicing endurance,
our speech is above the judgments of right and wrong.

Whilst practicing endurance,
conflicts are free from hatred and resentment.

Enduring criticism without self defense,
Remove the sting from the insults of others.

Enduring attack without retaliating,
neutralize the evil schemes of others.

If one knows how to be patient and enduring,
she has the manners of a true noblewoman.

Do not say that endurance is an act of absurdity.
The ignorant person disparages endurance,
while the heavenly gods emphasize the importance of endurance.

If a noblewoman is not determined to endure,
others are not even going to try to endure.

In life, one does not need to worry about hundreds of forbearance,
perhaps worry that we cannot endure anything.

If one does not endure,
hundreds of fortunes will all vanish like the melting snow.

If one can endure,
thousands of misfortunes will all turn into ashes.

Happy Hanukkah to all!
Tali

← Dealing With The Changing Times
The Destiny Of America →