The Body Does Not Need Food – Wisdom From Ubud, Bali, Indonesia 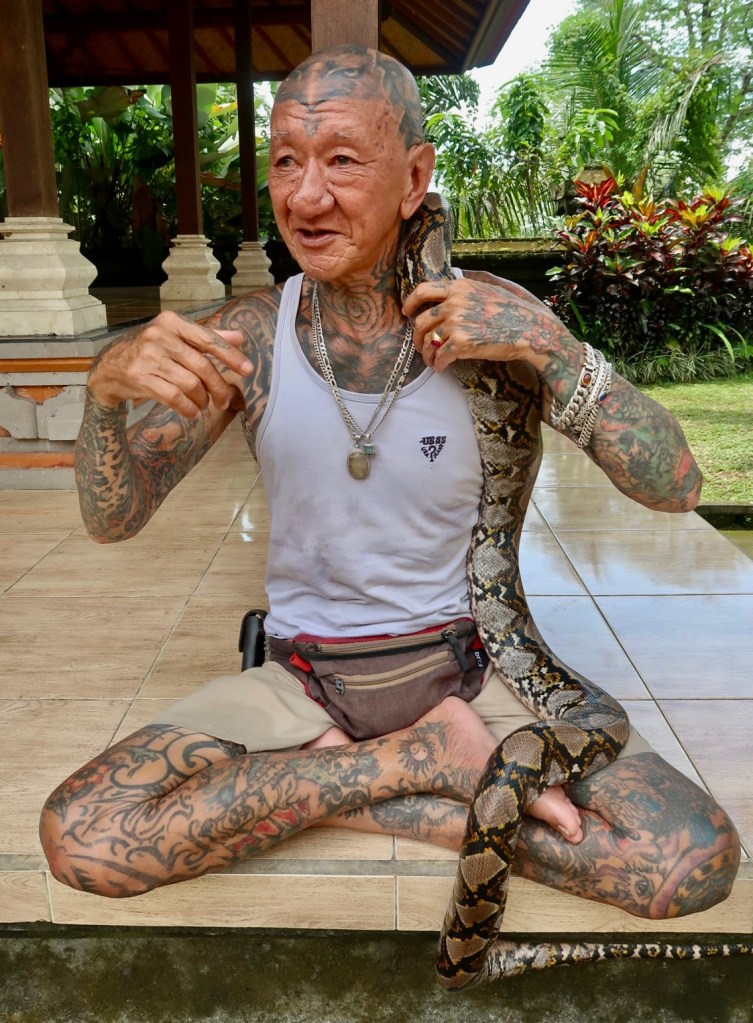 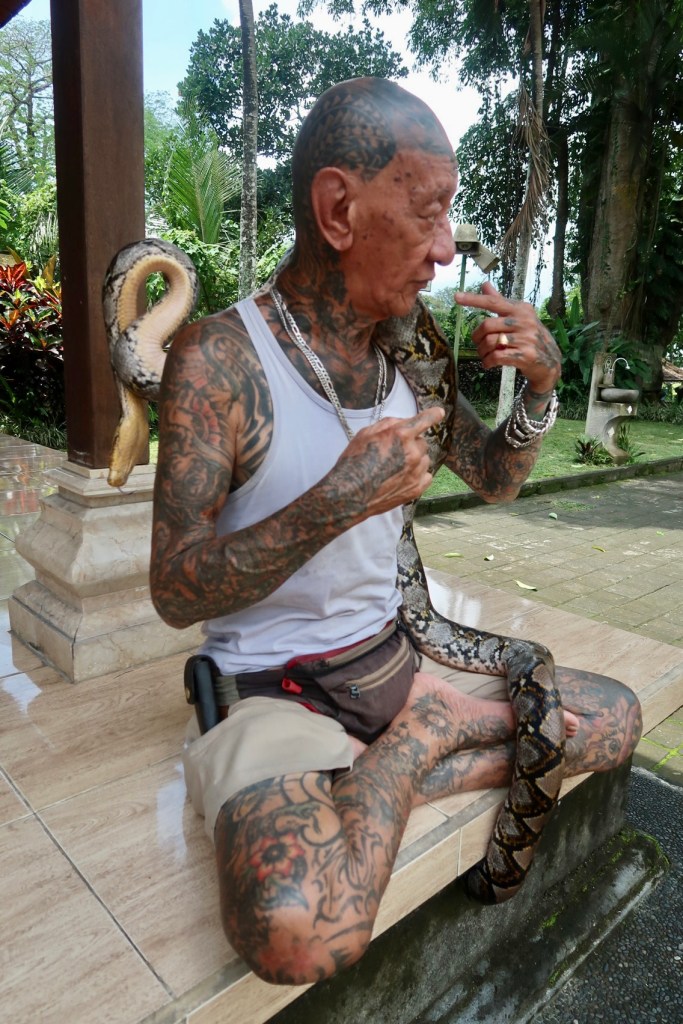 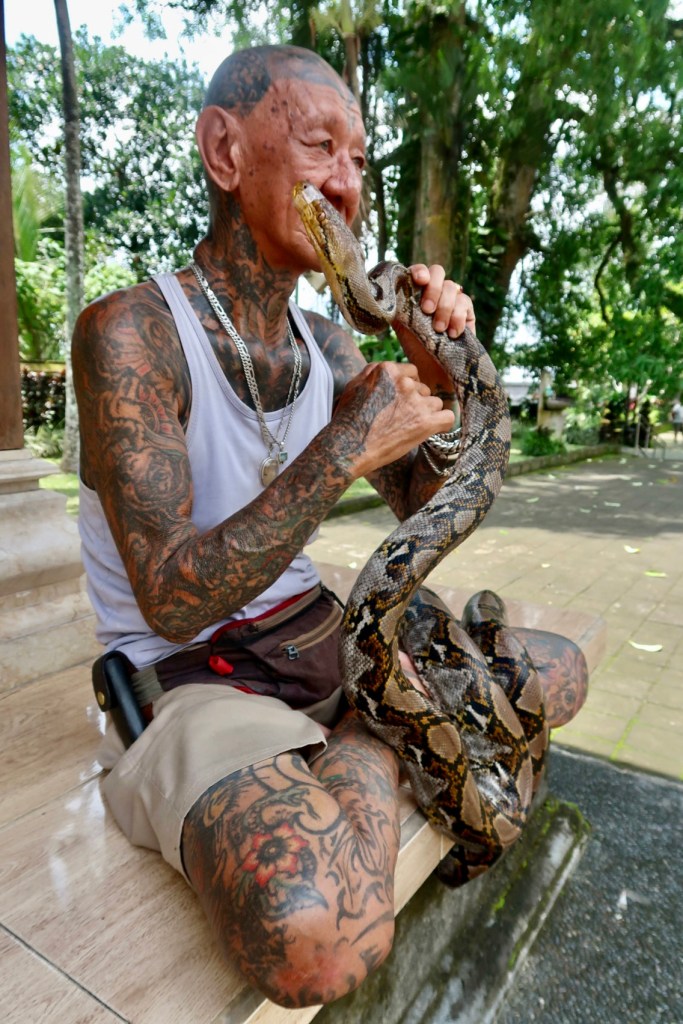 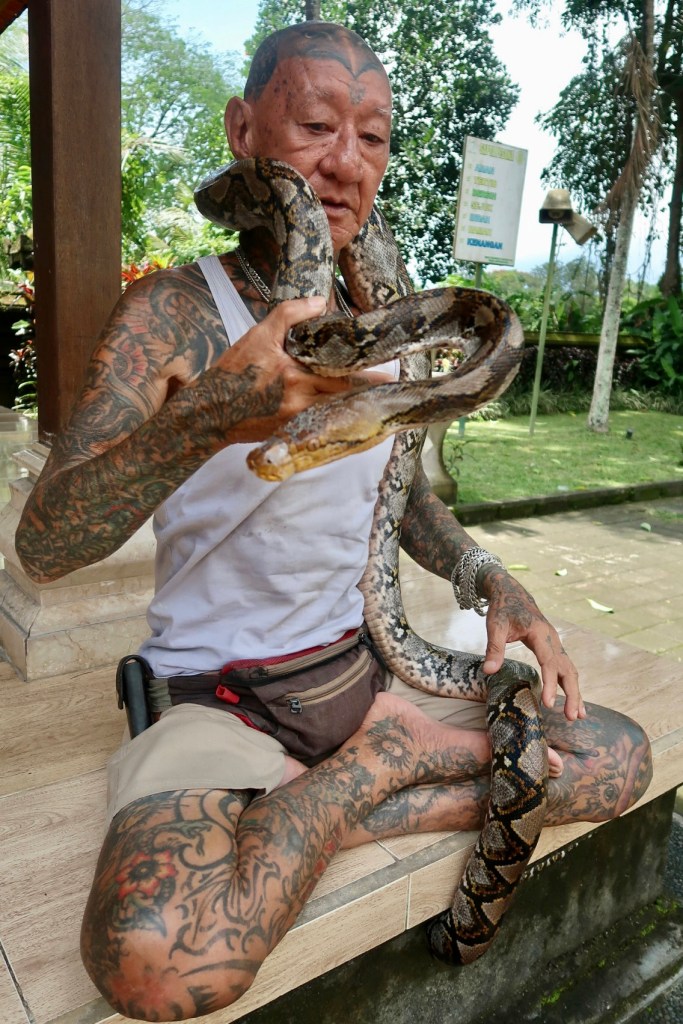 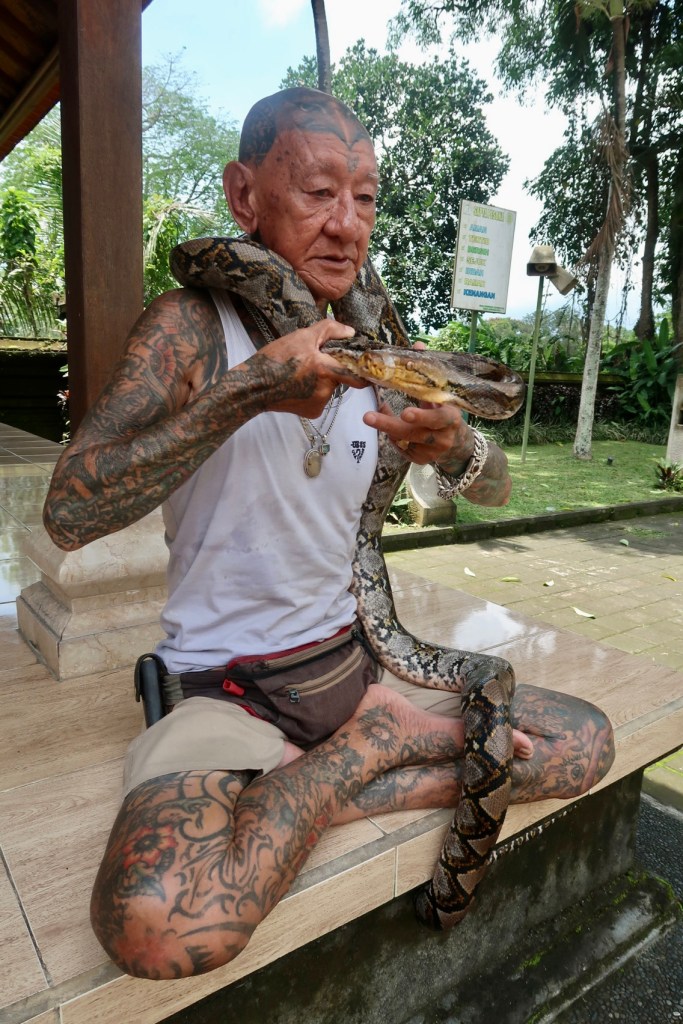 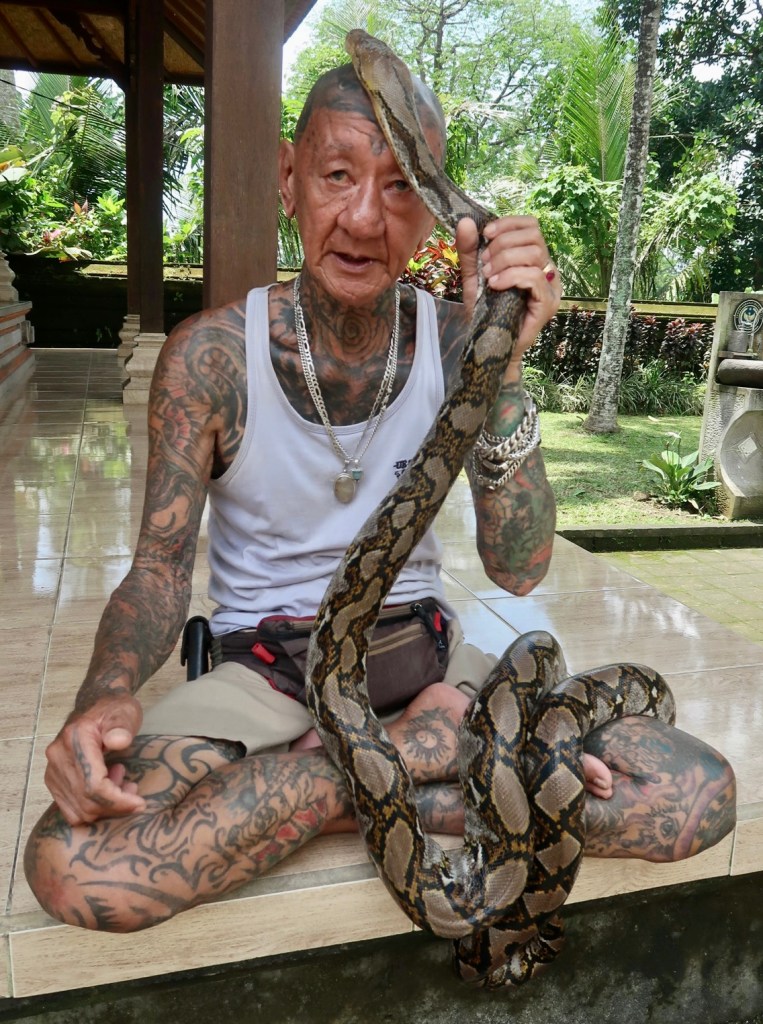 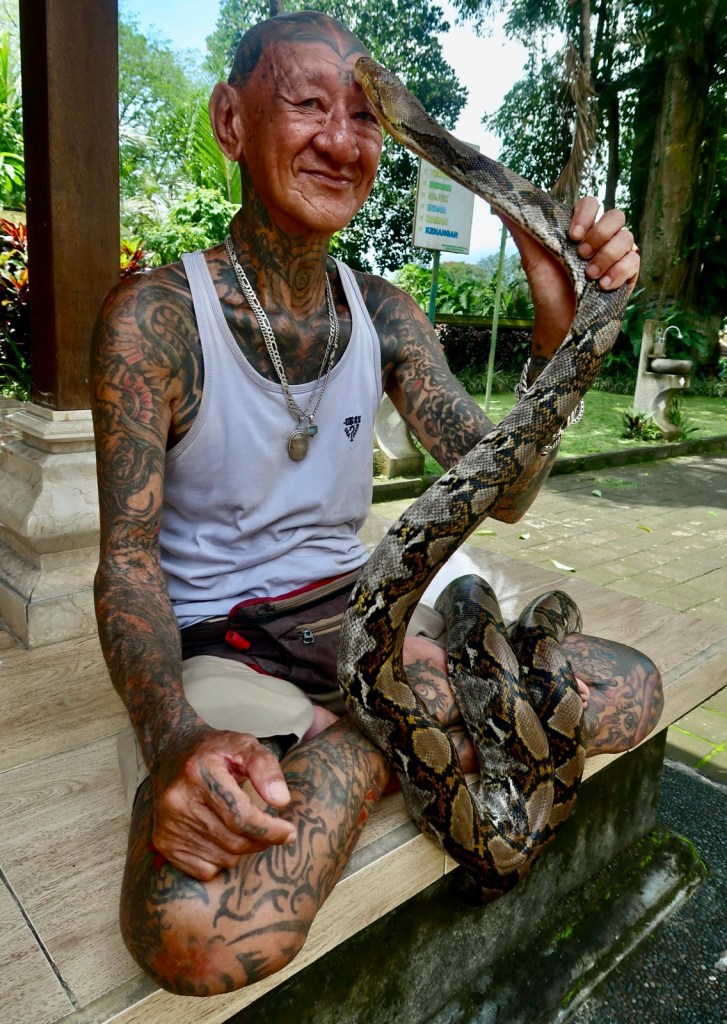 The Body Does Not Need Food – Wisdom From Ubud, Bali, Indonesia

For many years, I have been fascinated by the healing power of fasting.
Throughout the years, Jules and I have fasted multiple times, consuming nothing but fresh juices for periods of a week to forty days, and I have always found fasting very beneficial.

And there is the concept of breatharianism.
Breatharianism is the ability to live without consuming food.
Some prefer to call it “Pranic Nourishment,” or “Nourishment From The Cosmic Light.”

I have read so many accounts of people who report that fasting has helped them heal from a variety of terminal diseases.
There is a lot of highly contested science about fasting, and many accounts of medical doctors who saw patients heal simply by fasting and drinking only water, for 30 or 60 days.

In Ubud, I feel at home with all the vegan and raw foods restaurants that are abundant all over the city.
Some of these restaurants are so cool, that they double as gathering places, yoga studios, Ayurveda spas and music platforms.

In the toilet of the raw vegan restaurant “Seeds Of Life,” owned by a raw vegan chef who offers raw vegan cooking certificates and ten day fasting seminars, I saw this eternal wisdom glued to the toilet door:

“Man’s body is NOT made of material substances such as food or water nor by mechanical or physical processes.

The body is composed and constituted of invisible substance, produced and maintained by a cosmic process of condensation, materialization and transformation.

These building blocks, as the scientist Millikan calls them, are not produced nor sustained by Food.

The formation of cells within the body is constantly occurring from birth to death.
There is no evidence to show that what one eats and drinks enters into the process of cell formation.

That is what Alexis Carrel asserted.
He said that the cells are not made of “extraneous material.”
Stone and metal, in gaseous and invisible form, float in the air.
So do wood and coal.
And so do flesh and bones.

No chemist can find in the ground in which grows a giant tree, the ash, minerals, carbon, wood and chlorophyl contained in the tree and its leaves.

Neither does the tree consume the soil in which it stands. If it did, then evidence of such consumption in the form of a depression should surround every tree.

What man consumes does not supply all nutrition by assimilation, as taught by science.
The ingested substances produce activity in cell function by stimulation.

There are a few documented cases of people who lived without food.
The press on May 31, 1940, reported the case of a Chinese girl who had eaten nothing for nine years.
The case was reported by Dr. T. Y. Gan, of Chungking Municipal Hospital, who heard of the girl and went to see her.
In addition to not eating, she was drinking very little water.
She showed no signs of starvation and appeared no different from other girls.
Gan said, “I found it difficult to believe her story.”
The girl had no desire for food, and never asked for any. When questioned as to why she did not drink more, she said that it made her feel uncomfortable.

The Press of London, on October 16, 1949, stated that Teresa Neuman, a German peasant mystic, who also experienced stigmata, had eaten no solid food for 14 years.

It was also claimed that not a drop of liquid passed her lips for 10 years, and she had been without sleep most of the time.

In an article entitled, “Forty years Without Food,” N. P. Ghose wrote:
“Garibala Dassi, sister of Babu Lambovar Dev, a practicing pleader of Purulia, has been living for the last forty years without taking any food, not even water, and has been doing her regular household duties with no apparent injury to her health. Many respectable persons can testify to the truth of
this statement, ” by India’s Message, January 1932.

In 1949 there was a report from a lady in England who said she had discovered how to grow young.
Her secret was to dispense with all food.
She had lived for years on liquids and taken nothing for two months at a time, while climbing mountains for evercise.
It was her opinion that the whole food problem is an illusion.
She believed that she gets directly from the air and sunshine, all the minerals and vitamins her body needed.

One case is enough to prove what is possible in a million other cases.

Biologists are being convinced that eating is an acquired habit and a pleasurable indulgence rather than a physiological necessity.

It is said that in India certain sects of yogis live without eating, and that in the Himalayas there are many who consume no physical food.

Acconding to modern science, the body and its organs are built and maintained by what man eats and drinks, a theory that Alexis Carrel opposes.
He said that the organs and the structure of the body build itself by techniques very foreign to the human mind.
It is not made of extraneous material, like a house.

Carrel spent his life attempting to solve the mystery of Man, and show that living cells are immortal.
He proved the immortality of cells by keeping the fragments of a chicken’s heart alive for 27 years after it was removed from the chicken’s body.

He said that the body can exist for weeks without food
and that raw, uncooked food supplies a more natural quality of chemical stimulation than heated and cooked food.

Carrel also said that the elements of food contact and stimulate the body’s cells into action and pass out of the body through the eliminative channels, just as flowing water turns the wheel of a mill on the banks of a stream, and thus activates the machinery in the mill that does the grinding.
A profound mystery would be the work of the mill, to those who know not the secret of the water-wheel.

As long as normal nerve force reaches the various organs, the cells of the organs respond properly to the particular food stimuli that activate them.

If for any reason the nerve force is weak, that could weaken the cells and they could lose their power to respond properly to food stimulants.

The result is illness of the body.
If a patient recovers under a doctor’s care, it is in spite of his treatment and not because of it.

Biochemists show that a plant possesses a laboratory that transforms invisible substances from the air into cell material.
The cells of the leaf split the water molecules of the air into oxygen and hydrogen, rejecting the oxygen atoms and approprlating the hydrogen atoms for replacement cells.

The body is built and composed of cells designed in Miraculous Divine Patterns.
It was designed to last forever without decay, aging or death.

The masters reminded us:
“We each have a body, a house not made by human hands, eternal in the heavens.”

The Bible tells many inspiring stories, when its parables and allegories are understood and are divorced from the preposterous interpretations of theology.

Splitting the atom has proven that there is a mighty force inherent in invisible substance, which condenses and forms visible Matter.

That force, under the guidance of infinite intelligence, possesses the property of activating and stimulating the atoms to assume various relationships according to the universal law and galvanize the power latent in dormant cells, into a higher state of activity.

It is said that in man’s present degenerate state, food is one of the essential mediums through which this force acts in his organism.

In the early days, before man suffered degeneration, this medium of food was not necessary,

“How can we prevent the degeneration of man in modern civilization?” asks Alexis Carrel in despair.

The Masters said that the Four Cosmic Elements of fire, air, water, and earth are the builders, sustainers and regenerators of the body, not food.

These are the four phases of the Cosmic Rays, that are charged with all the elements that living organisms need.

Occult science holds that when man, by regeneration, becomes conscious of this Infinite Intelligence which is inherent in the elements of all Creation, he will be able to assimilate this force, and no longer be dependent upon gross matter (food).

Abbe N. De Montfaucon De Villars stated in his book that the Ancient Masters ate food only for pleasure, and never out of necessity.

Paracelsus himself said that he had lived for six months without eating.
He received his sustaining elements from the “particles of dynamic spirit, the Ray of Invisible Substance, entering the lungs from the air.”

How can I not feel at home, in a magical place like Ubud, where just entering a toilet can be so enlightening?….

I do believe that our need for food is psychological.
We learned to love eating and cooking food.
We enjoy our mealtimes and we love the different textures and spices, but we do not need it, as is proven by the yogis and other examples around the world.

I really love Ubud and resonate with the vibes here.
From Ubud with love,
Tali