Day 56 – The Road To Enlightenment – Walking The Saigoku Kannon Pilgrimage – Yabu to Takeda, Japan, and a Bit About Collecting Good Memories 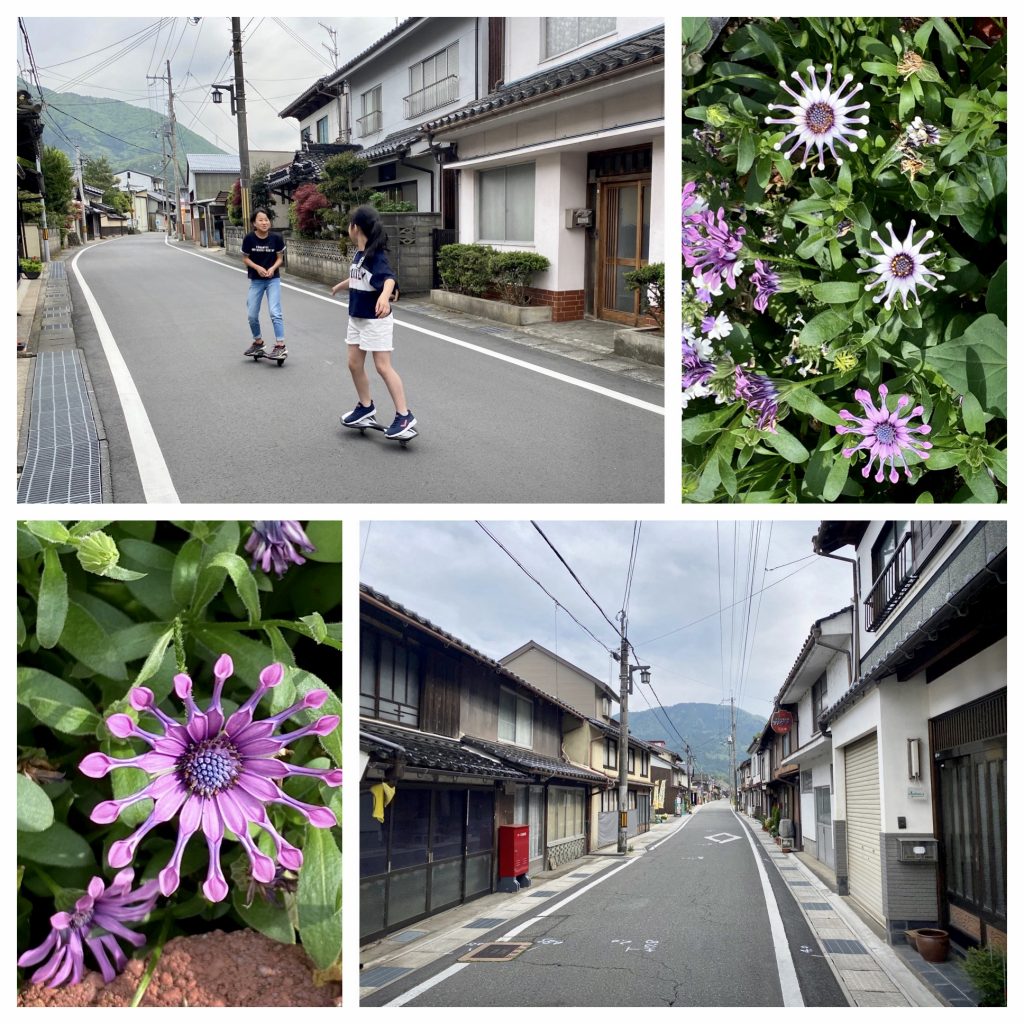 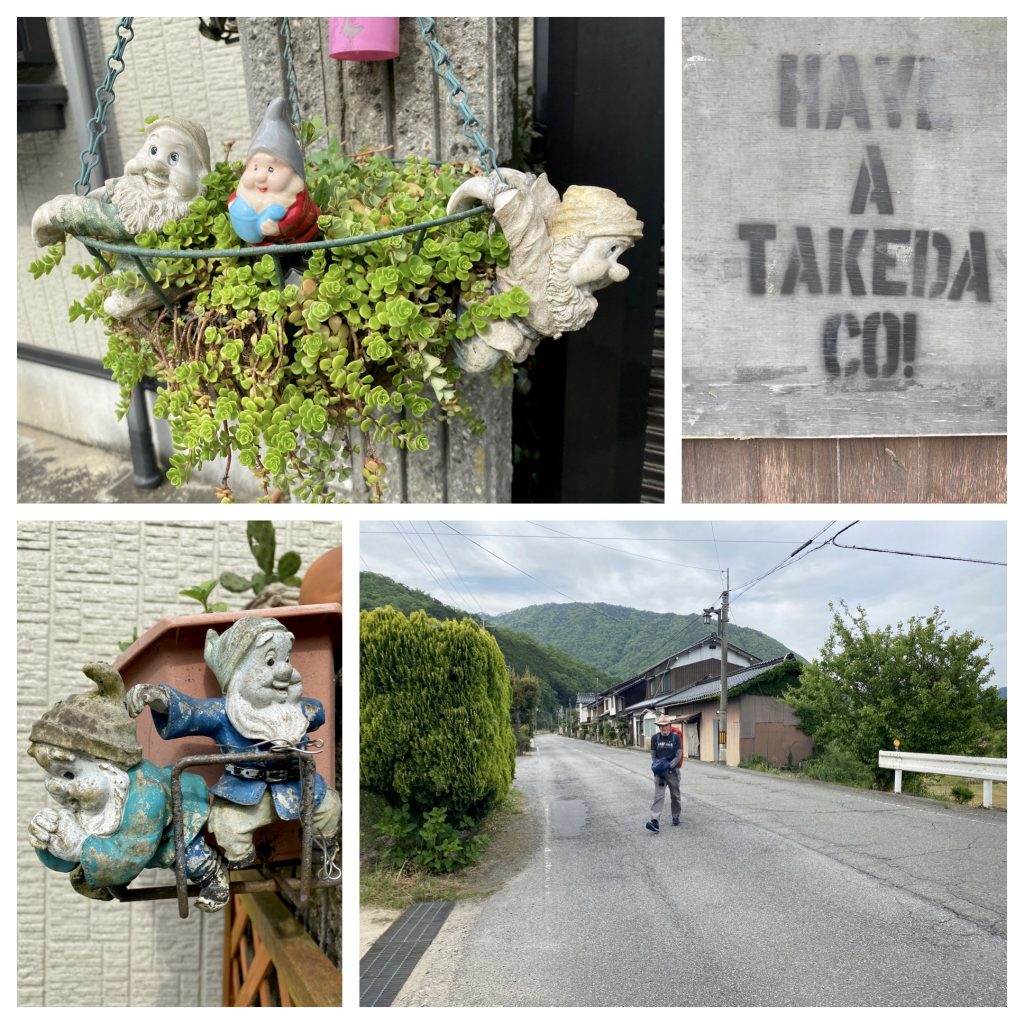 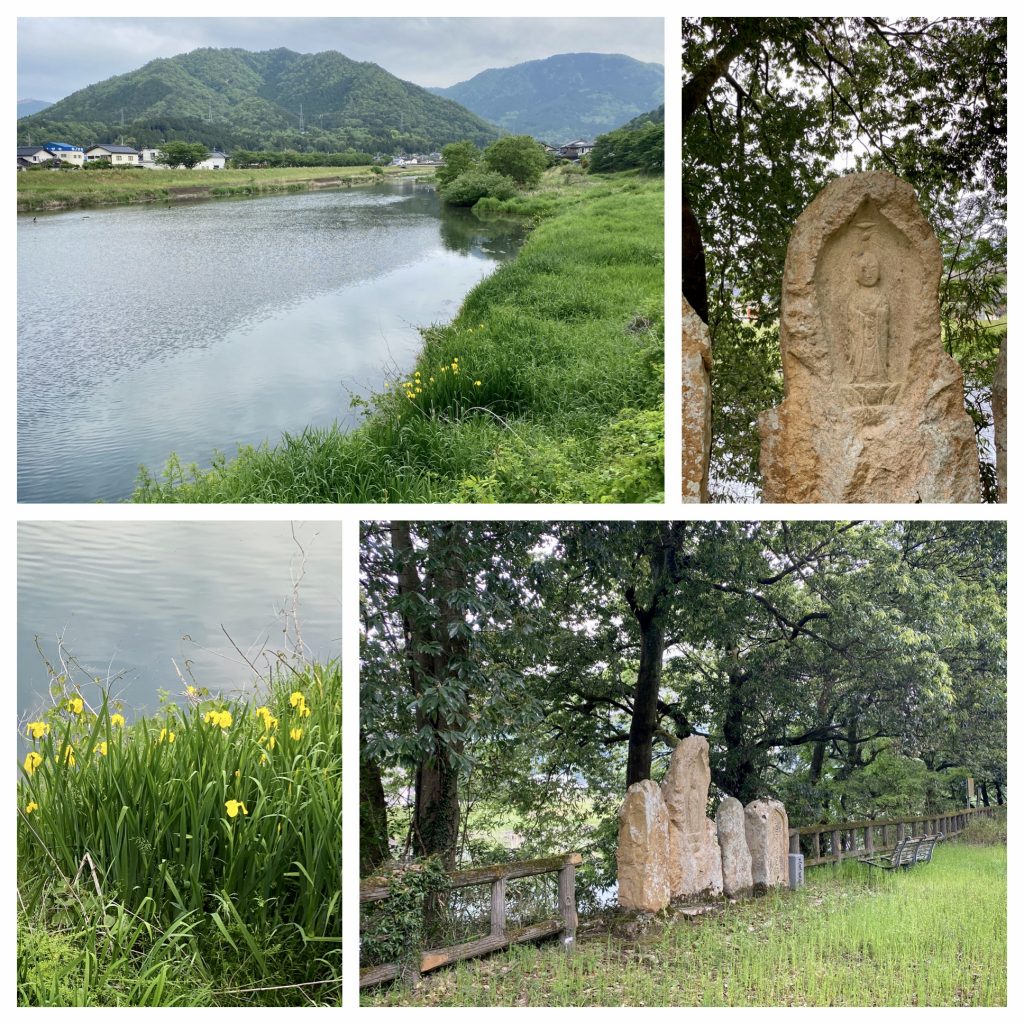 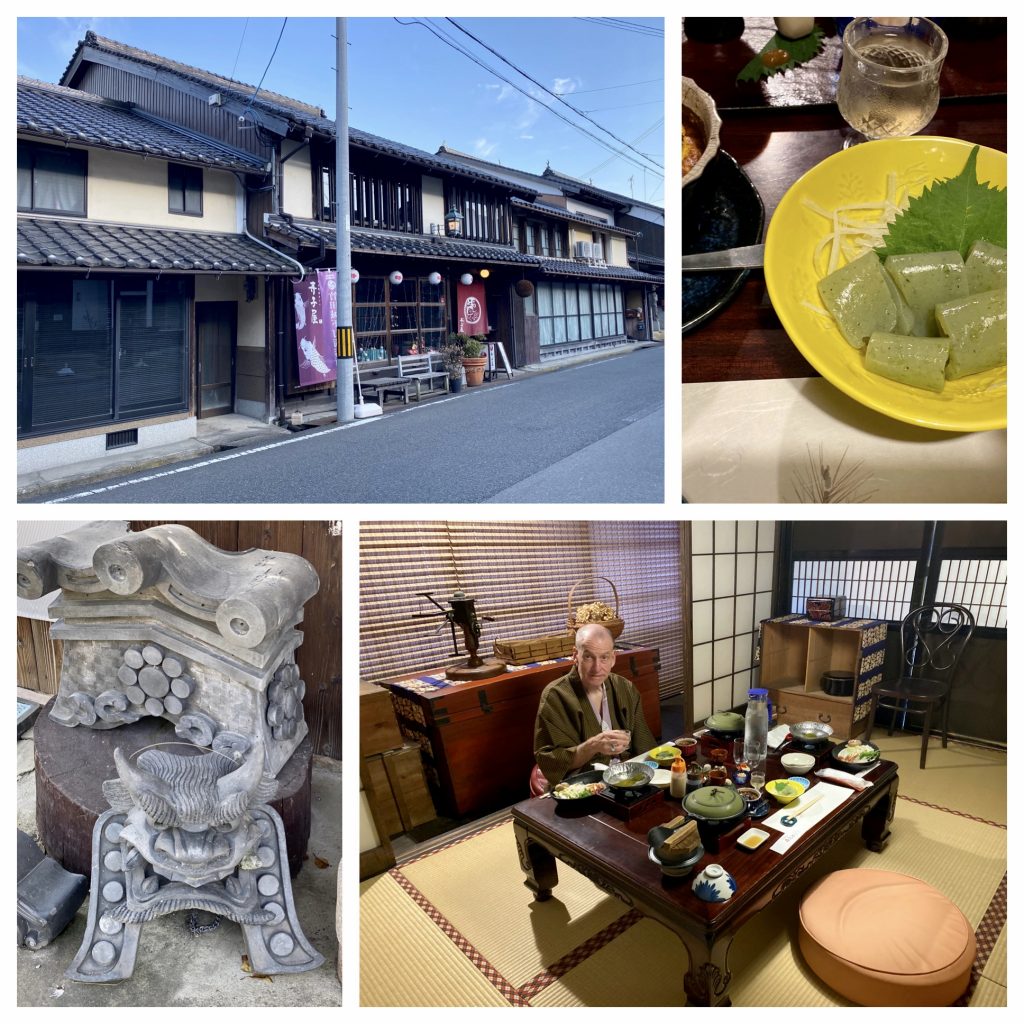 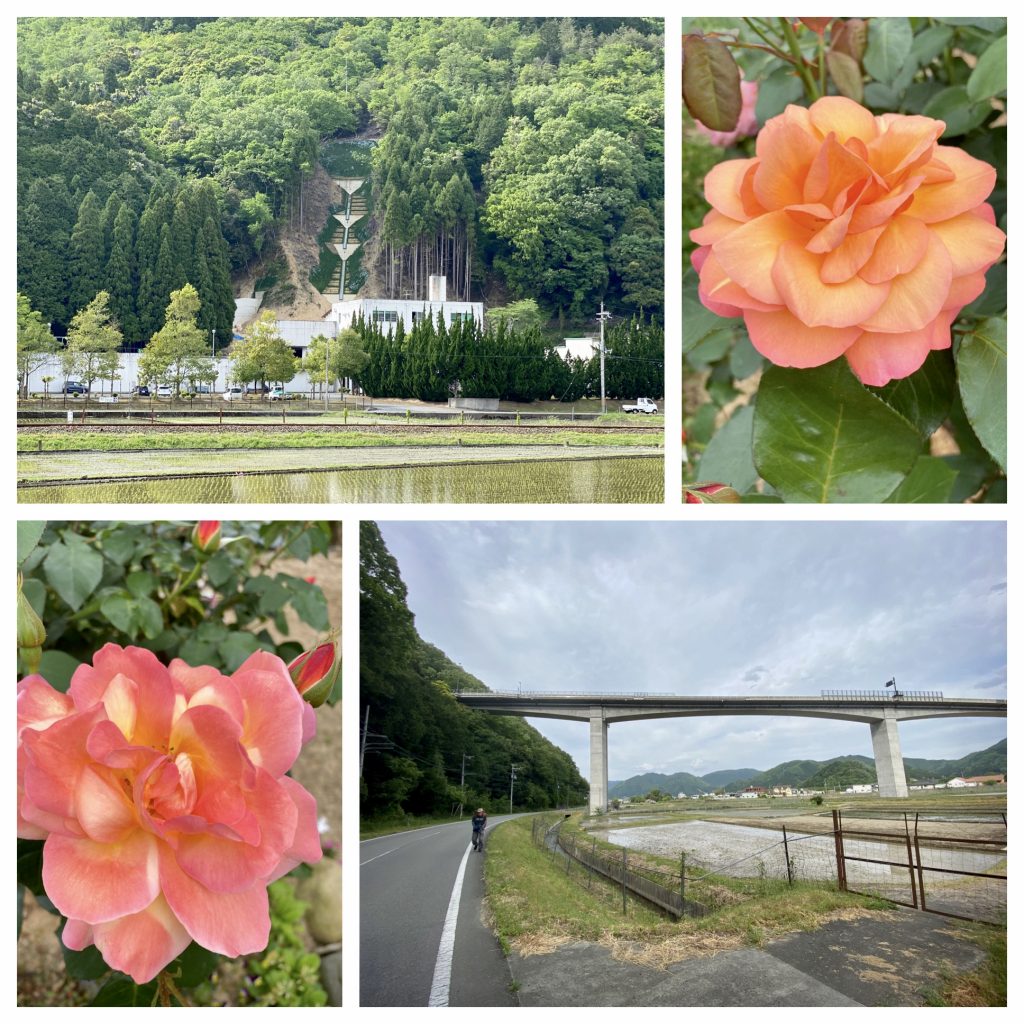 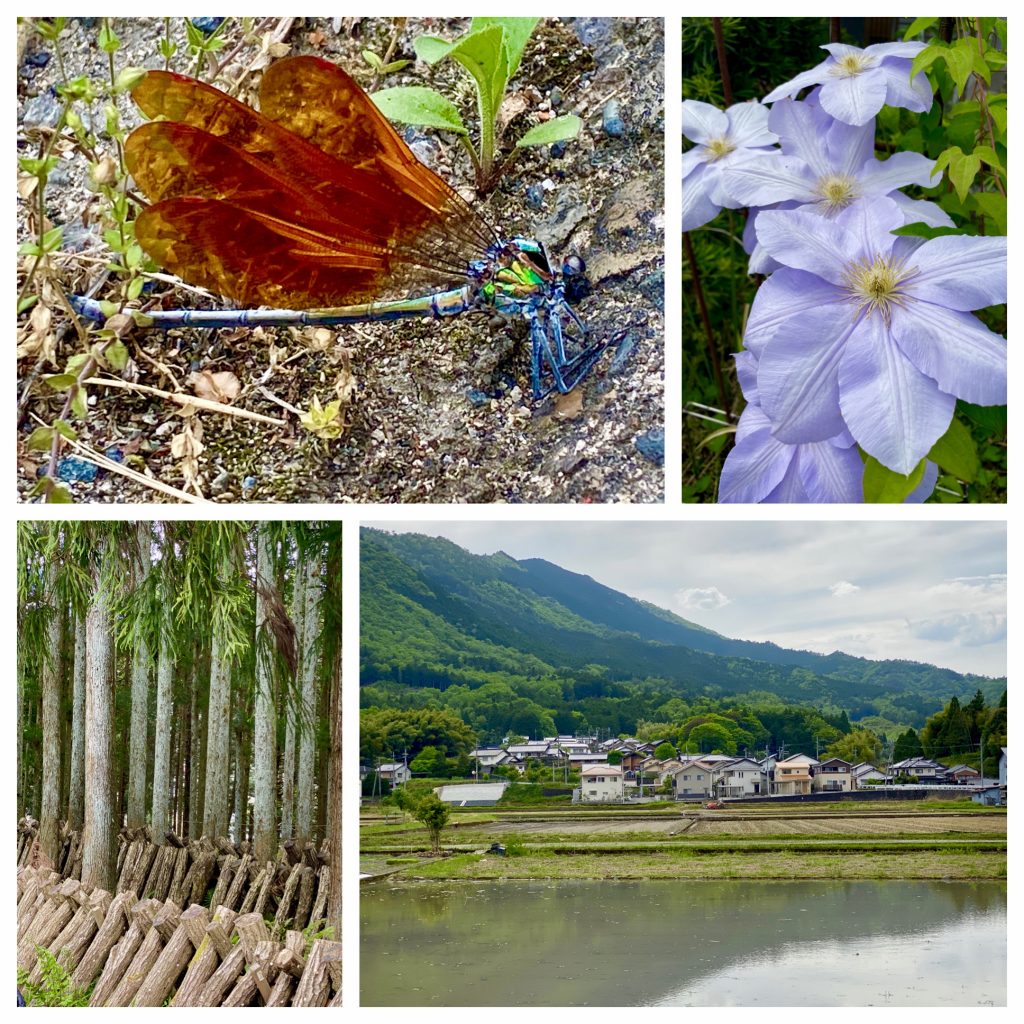 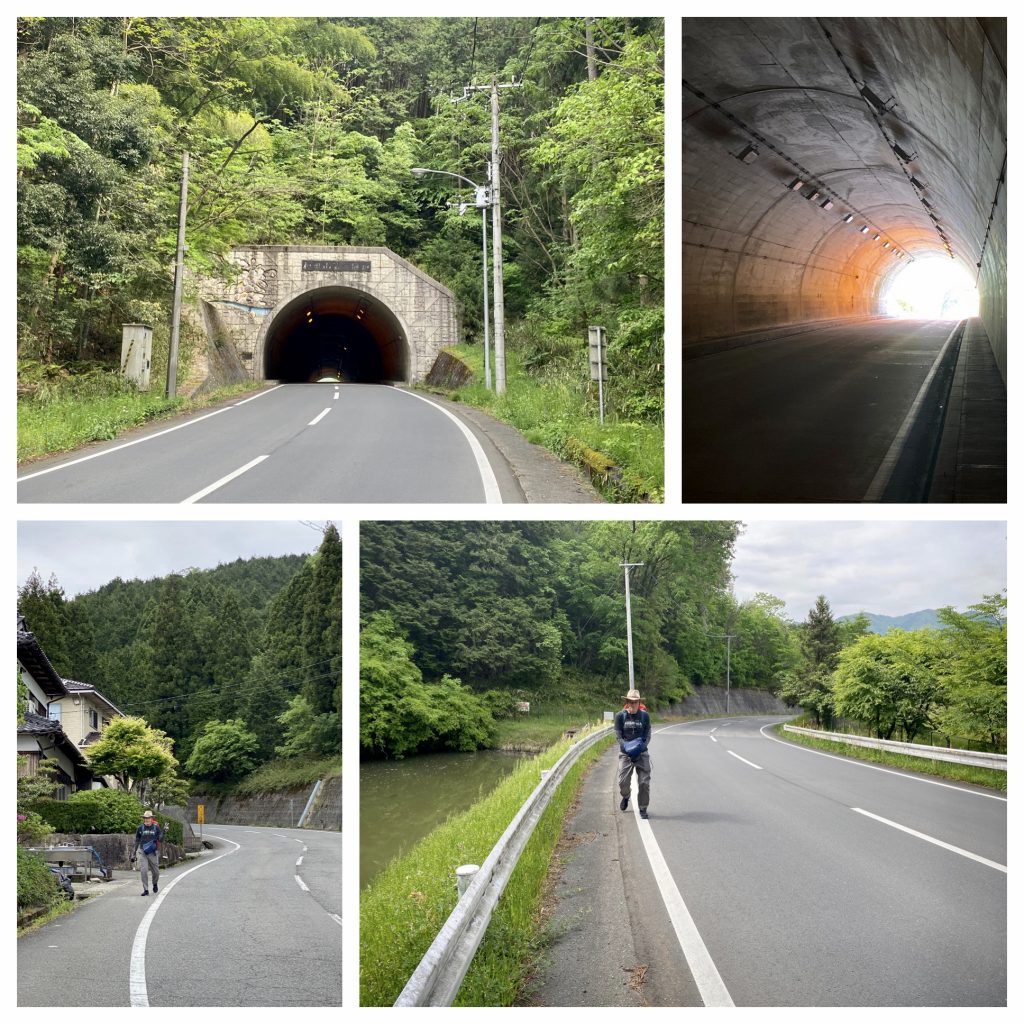 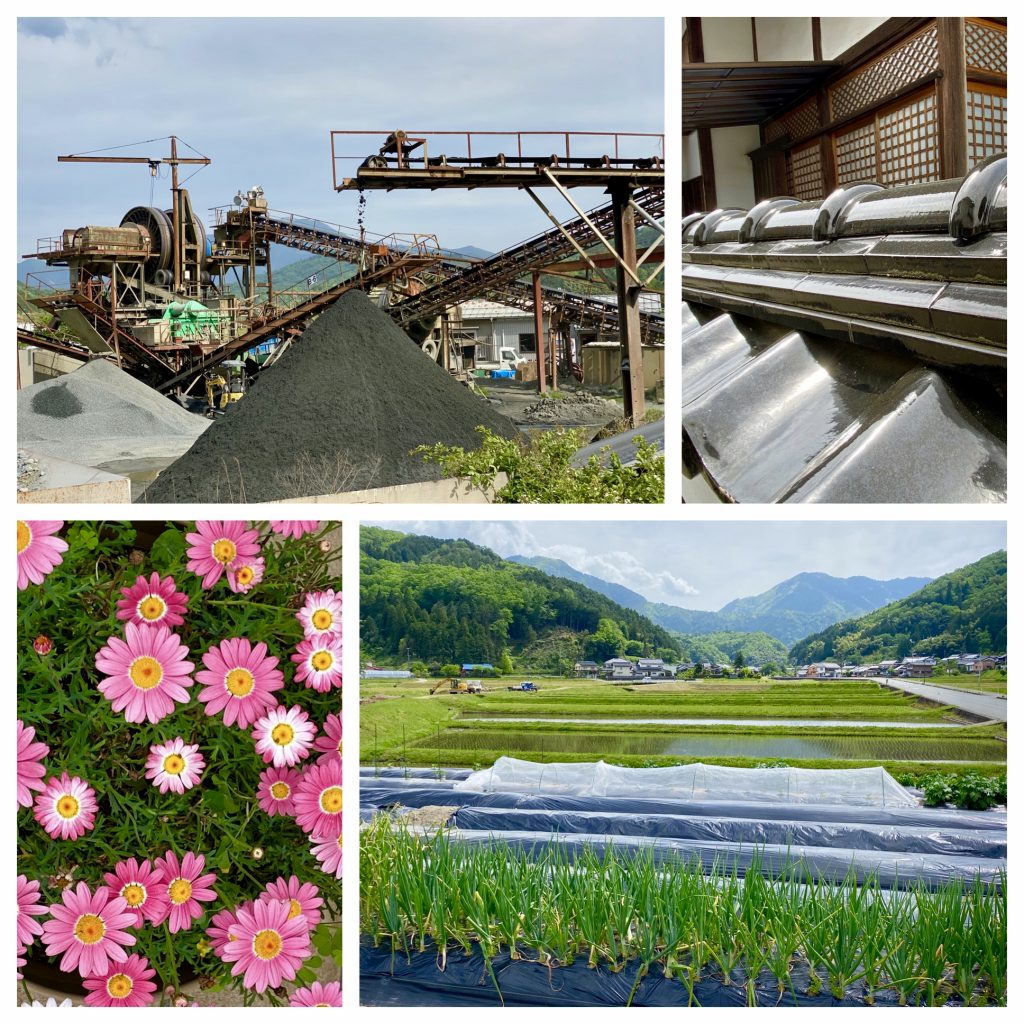 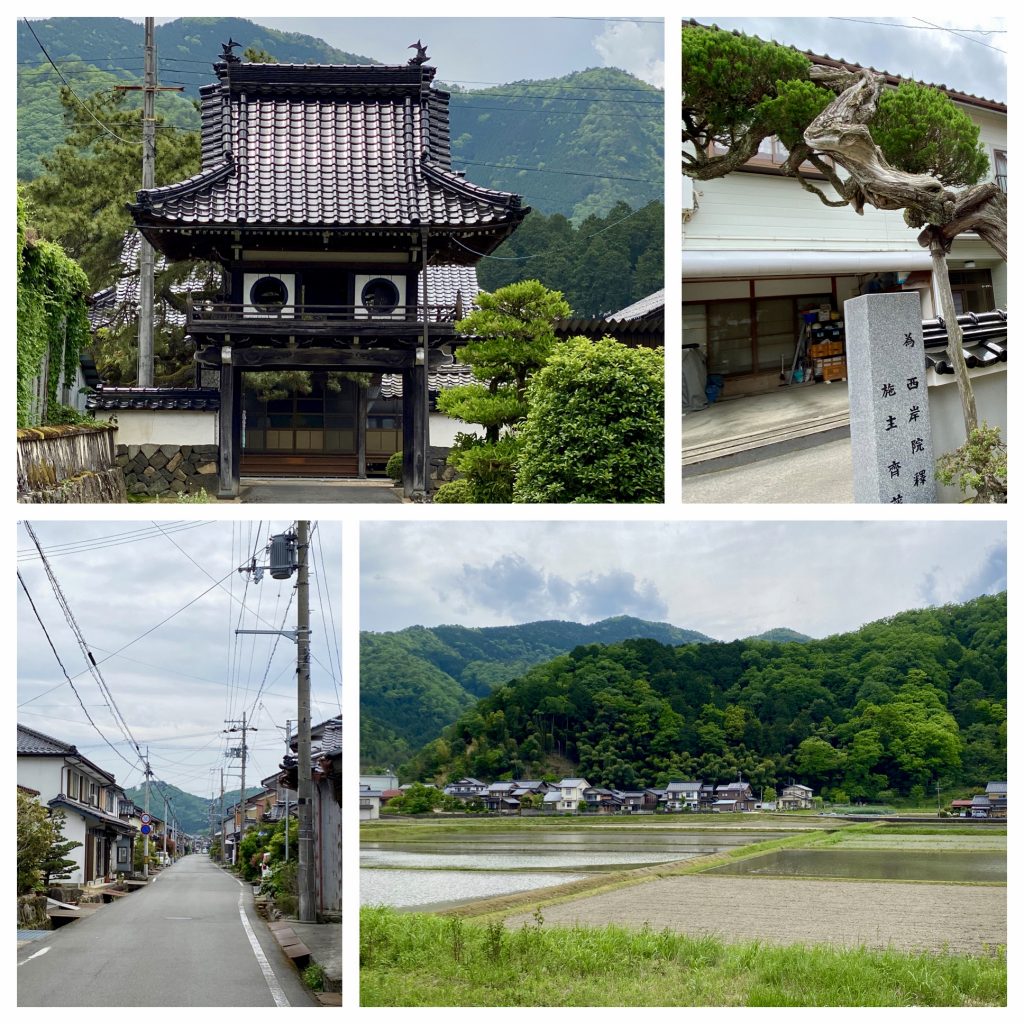 Day 56 – The Road To Enlightenment – Walking The Saigoku Kannon Pilgrimage – Yabu to Takeda, Japan, and a Bit About Collecting Good Memories

But in Japan, I have learned that it is best to collect wonderful memories.

I never thought about it before we started coming to Japan, and I collected many terrible memories in my youth.

I grew up in Israel, a war-torn country filled with emotionally wounded Holocaust survivors who continued to live in fear even after arriving in safety.
I do not blame them at all.
I understand the complexity of the human psyche and how hard it is to rid yourself of terrible wounds.

There were many wars in my childhood, and I’ve collected memories of emergency sirens piercing the air, of sitting in bomb shelters with other frightened people, of the possibility of hidden explosives left on every corner and in every forgotten bag at a bus stop.

The last terrible memories that I collected remind me of the current coronavirus times.
It was during the Gulf War, when Saddam Hussein was attacking Tel Aviv and its neighborhoods with Scud missiles.

The government was preparing for the possibility that these Scud missiles would be carrying poisonous gas, and gas masks were distributed to each citizen and visitor to the country.

No gas bombs exploded during that war, but many elderly people died from putting on the gas masks and not opening the ventilators, in order to breathe.

On top of the gas masks, each citizen was distributed a plastic sheet, that could be converted into a small tent, and each person got a personal injection kit, that one must inject himself in case of poisonous gas inhalation.

People also died from allergic reactions as a result of injecting these formulas in panic, even though not once were they really needed.

I had just gotten divorced and was living alone in Tel Aviv, still running my empty restaurant during the war, since the government instructions were for everyone to leave Tel Aviv every evening, when the missiles started falling.

My only customers were the global news crews, who made their way from the Hilton hotel where they were staying, to my restaurant in order to have something different to eat.
The city was empty and deserted, and I did not ask my employees to come to work.
Only those who had no families or who, like me, preferred to stay in Tel Aviv, came to work.

One night, I went to visit my mother, who lived alone outside of Tel Aviv in a neighboring town.
When the sound of sirens pierced the air, we could also hear the scuds slicing the evening air.
My mother insisted that we hide in her bedroom, put on our gas masks and cover ourselves with the plastic tent.

She was so frightened, I could not refuse her.
We sat there together on her bed, wearing the gas masks and glaring at one another through our individual plastic sheets.

It was such a bizarre and unreal scene, that a part of me watched us from above.
How can the holy children of God, live like this…..
It was too surreal to be true.

At that time, I swore to myself that NEVER! EVER! EVER! in my whole life, would I go through this experience again.

I would rather die from a bomb sipping a glass of juice or with my arms to the sky, than live like a frightened mouse under a plastic sheet.

Just as the sirens eased off, my sister called from New York.
She was crying saying that she was trying to call us for hours, getting only busy signals on all the international lines.

She refused to hang up after we reassured her we were fine, saying that she would not be able to be connected again.
We spoke with her for over an hour, until she relaxed a bit.

Months of the whole city being shut down had left my restaurant with insurmountable debt, and I had the worst time of my life, and finally had to close down.

I have never forgotten this terrible memory of my mother and me with our gas masks, hiding under the useless plastic sheets.

Since then, I have collected many, many good memories, and made it a point in my life NOT to collect terrible memories any more.

I have collected sweet memories of sipping Indian tea while watching long tailed Peacocks flying in the garden of a Raja’s Villa in India.

I watched with awe ancient banyan trees wrapping their roots over ancient Buddhist temples in Cambodia.

I swam with the dolphins in Hawaii, climbed tall mountains in South Korea, visited mystical caves in Sri Lanka, and dined on the beach in balmy nights after diving off the Philippine islands.

I have done night dives with huge Manta Rays, and soaked naked in hot springs in Japan under a thousand stars.

I have collected memories of sweet friendships, amazing foot pilgrimages, mountain top temples, riding camels in dry deserts, busy and colorful tribal markets in Morocco and Turkey, of eating amazing food, of dancing on the beach at night, of American Indian sweat-lodges, of meditating in caves in the Himalayas, and of skiing down wonderful mountains.

So when this coronavirus scare spread around the world, I remembered my vows to never ever collect terrible memories ever again.
And we really have not suffered any lockdown, nor encountered any serious difficulties.
We have had many hotel cancellations, and a few temples were closed, but we really collected no bad memories.

Collecting good and enjoyable memories, is an art-form.
It requires good control of your mind and monitoring your emotions.
It also requires a determination not to allow yourself to fall prey to momentary inner notions, anger and whims.

You are in control of your life’s experiences, and it is up to you to guide your destiny in life.

Today we checked out of the old historic guesthouse that we stayed at for the last three nights in Miyazu.
It is owned now by the 13th generation of the same family.

We had already walked some of the way forwards, so we took a train from Miyazu to Yabu station, and started walking from there towards Takeda.

I did not pack lunch or a hot tea, because Google maps showed that we would be passing by eight cafes and a few restaurants on our walk to Takeda.
I just assumed that something would be open along the way.
And…. to our delight, every place that we passed today was indeed open.

We were spoiled for choice, and we chose a cafe owned by a very friendly woman.
She made us vegetable fried rice and Yakisoba noodles, made with only vegetables.
She had other local customers who came to eat lunch, and the food that she made us was really good.

It was a hot day and as we neared the town of Takeda, a car with two young girls stopped by us.
The girls offered us a ride.
They said that it was such a hot day to be walking outdoors, and asked if we wanted them to take us somewhere and where we were walking towards.

We told them that we were walking to Takeda, and that we did not need a ride, but thanked them very much.

They said that the Takeda Castle ruins were closed because of the coronavirus.
We told them that we assumed so, but that we had reservations in a hotel in Takeda.

We thanked the sweet girls very much for their interest and concern, and continued walking.

Takeda town looked like it would be a much more lively place if many more of its stores were open.
The main street was mostly closed.

Our guesthouse for the night was a renovated Machiya house.
A machiya is a traditional wooden townhouse, found throughout Japan.

The word machiya is written using two kanji: “machi” meaning “town”, and “ya” meaning “house” or “shop.”
It is really nicely done and very well maintained.
Everything is very clean and well designed.
They gave us a roll cake at check in, to take with us as a souvenir.

We had booked the Machiya with half board, and after we showered and rested, they served us dinner in the tatami mat room.
On the low table, they arranged a Kaiseki meal.
There were appetizers, and a few hot dishes that included grilled tofu steaks and a shabu-shabu dish, which is like a soup with lots of vegetables and a few slices of raw fish, that you cook to your taste.

We were also served Meshi rice, which is rice cooked in an earthenware bowl and then baked with other ingredients.
It usually has a crusty bottom and it is very delicious.
Then we had an almond mousse for dessert and a local artisan ice cream.

It was a good meal and our beds were very comfortable.
We read the news and saw some glimmers of hope emerging.
Japan is going to remove the state of emergency for most of the prefectures, and around the world countries are easing up their lockdown restrictions.

Little by little, things are getting better now.