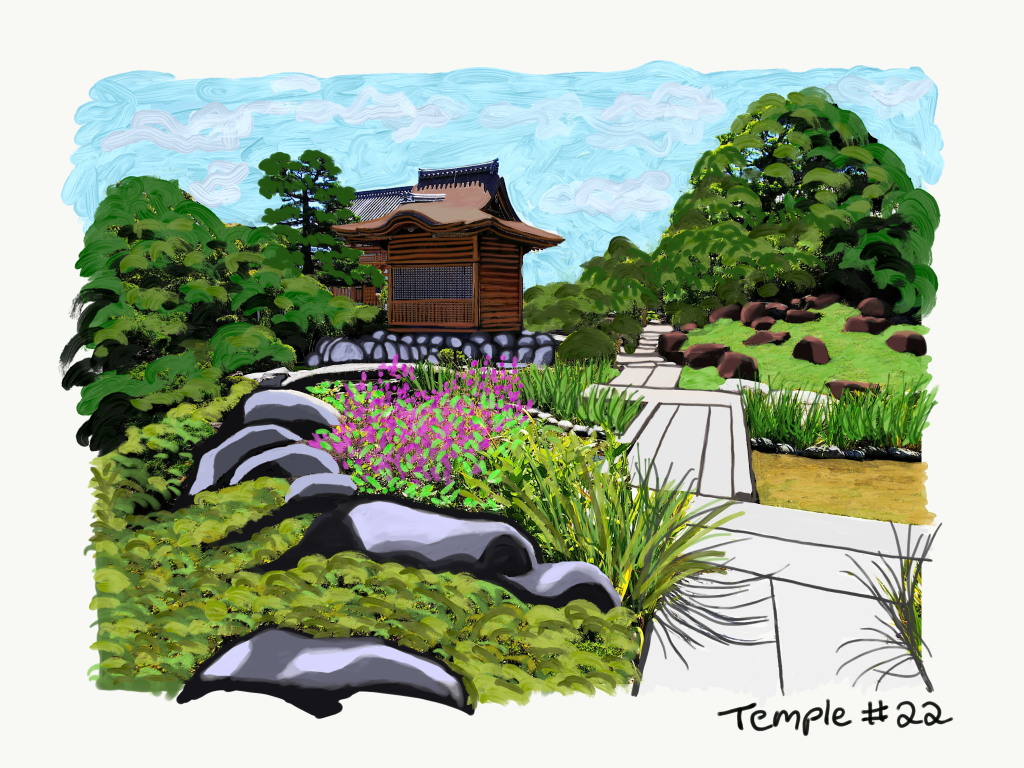 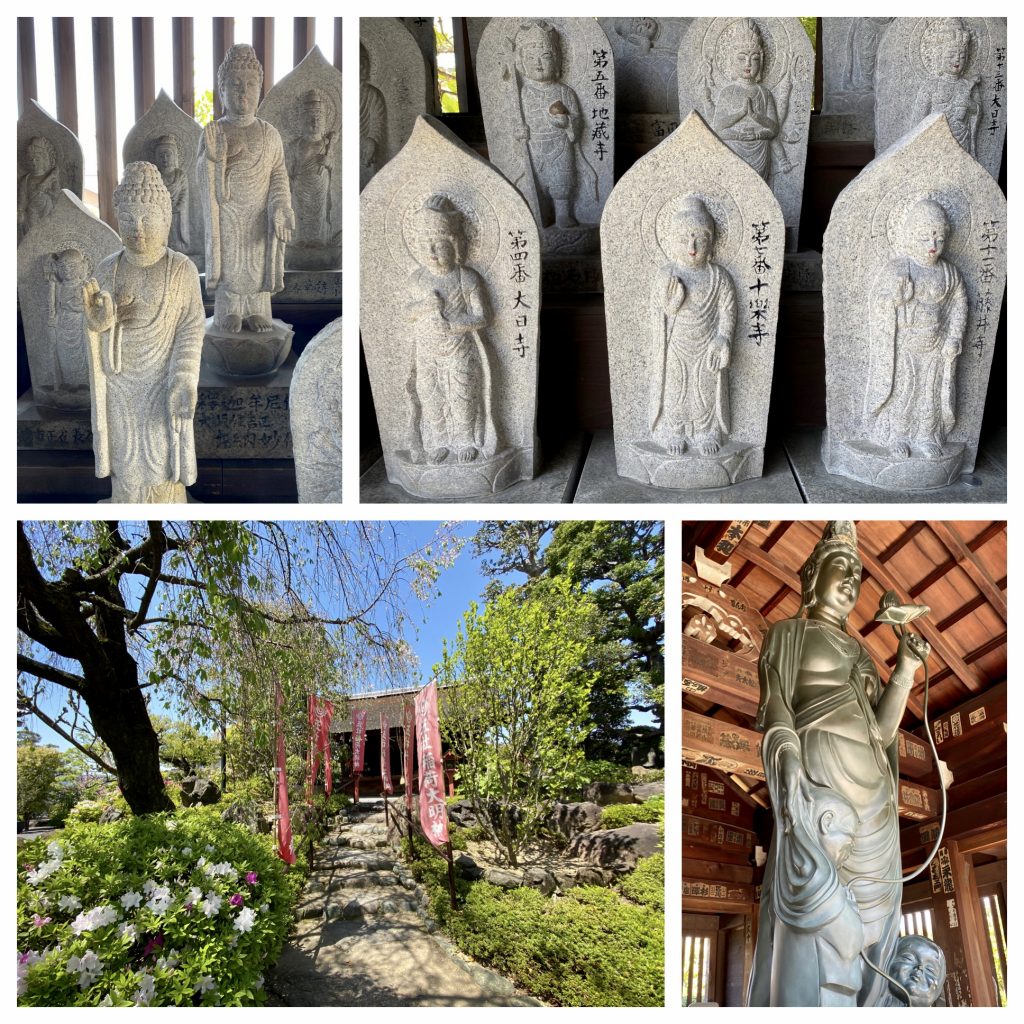 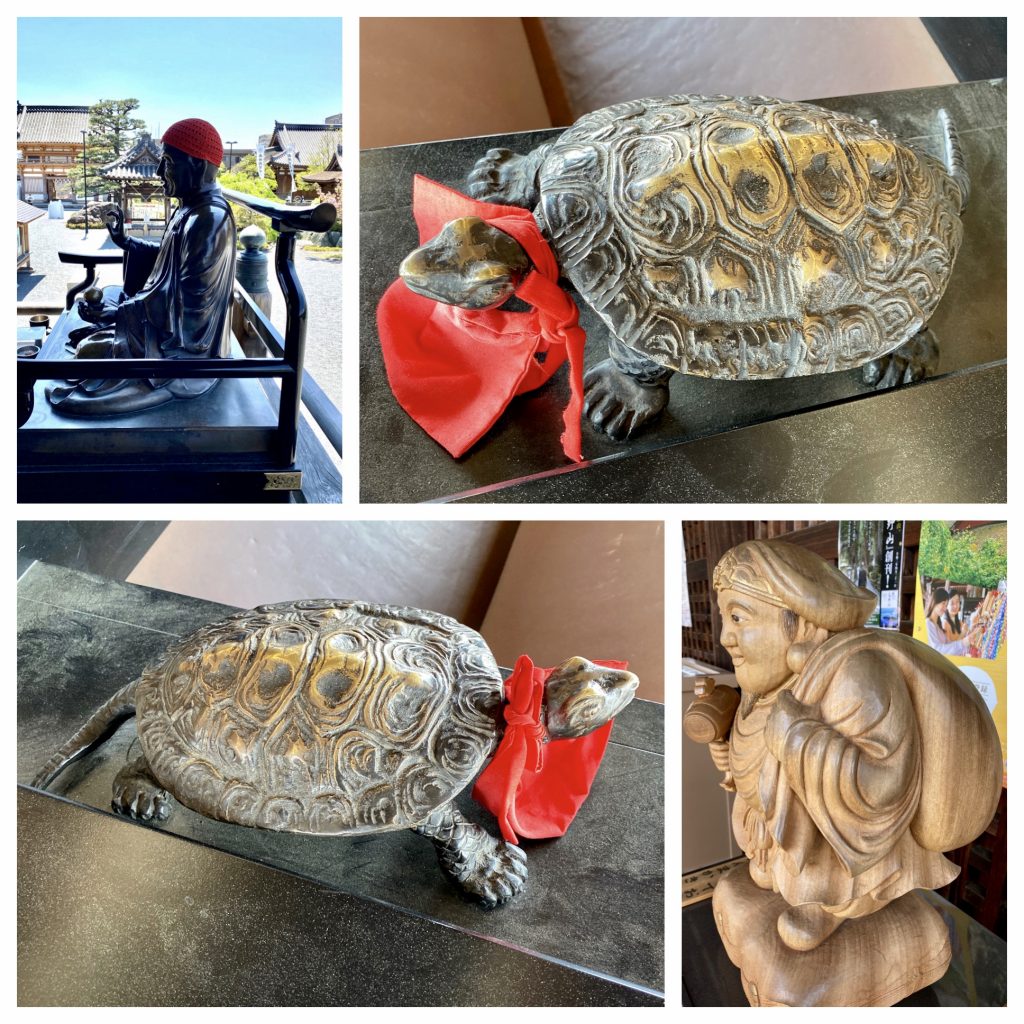 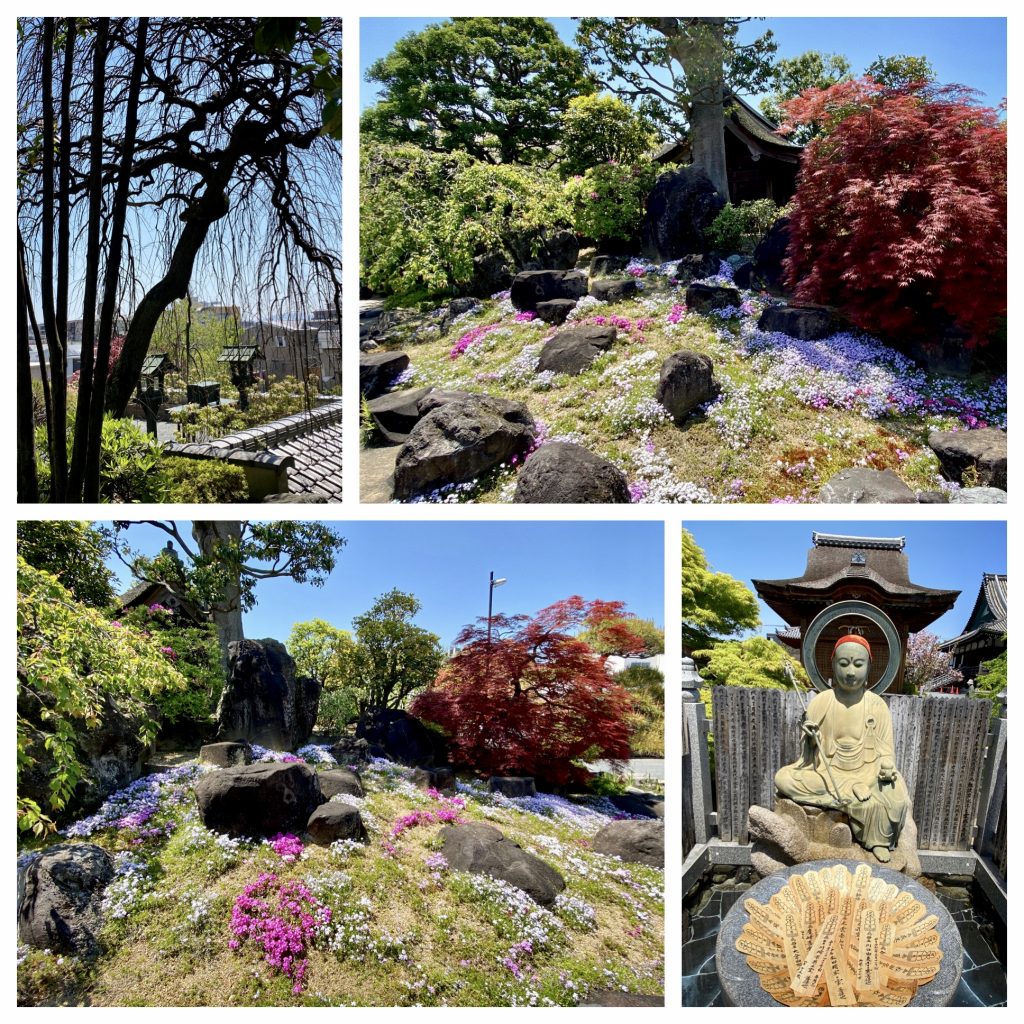 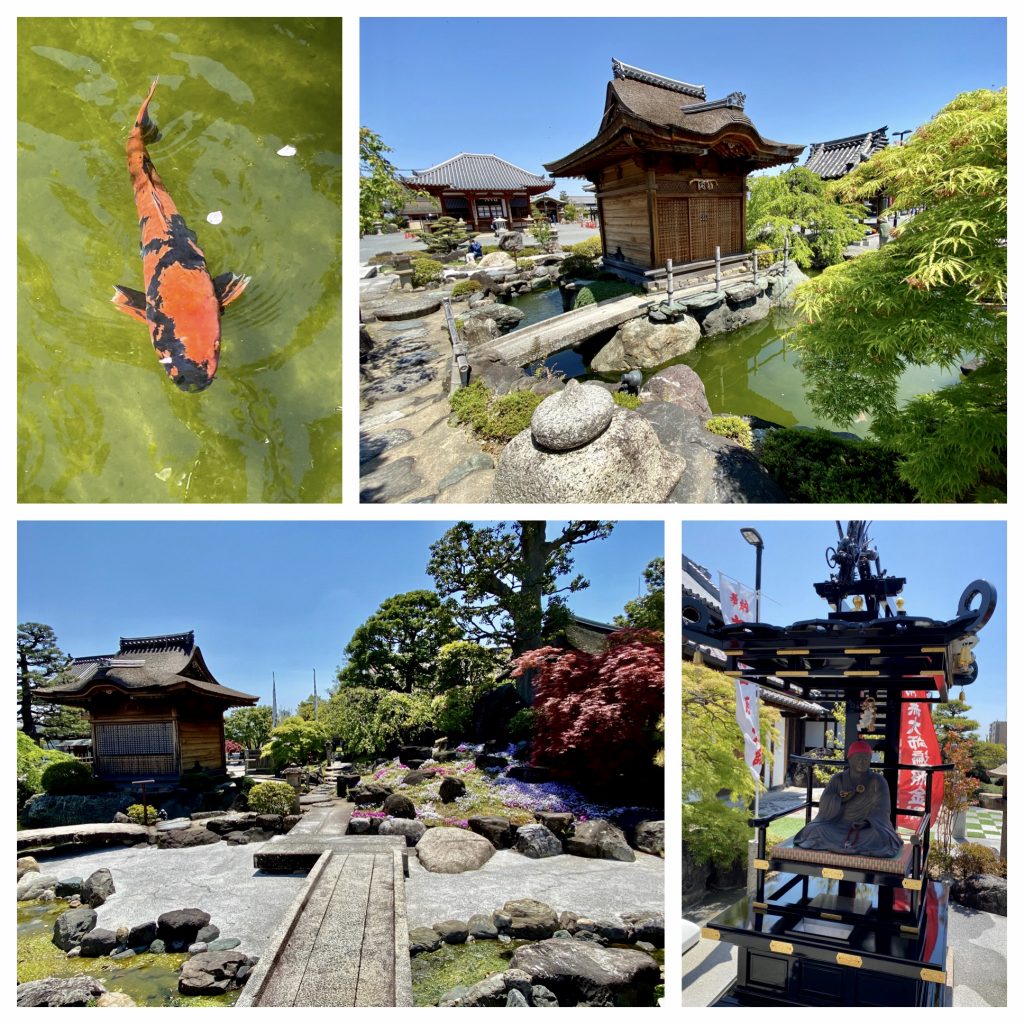 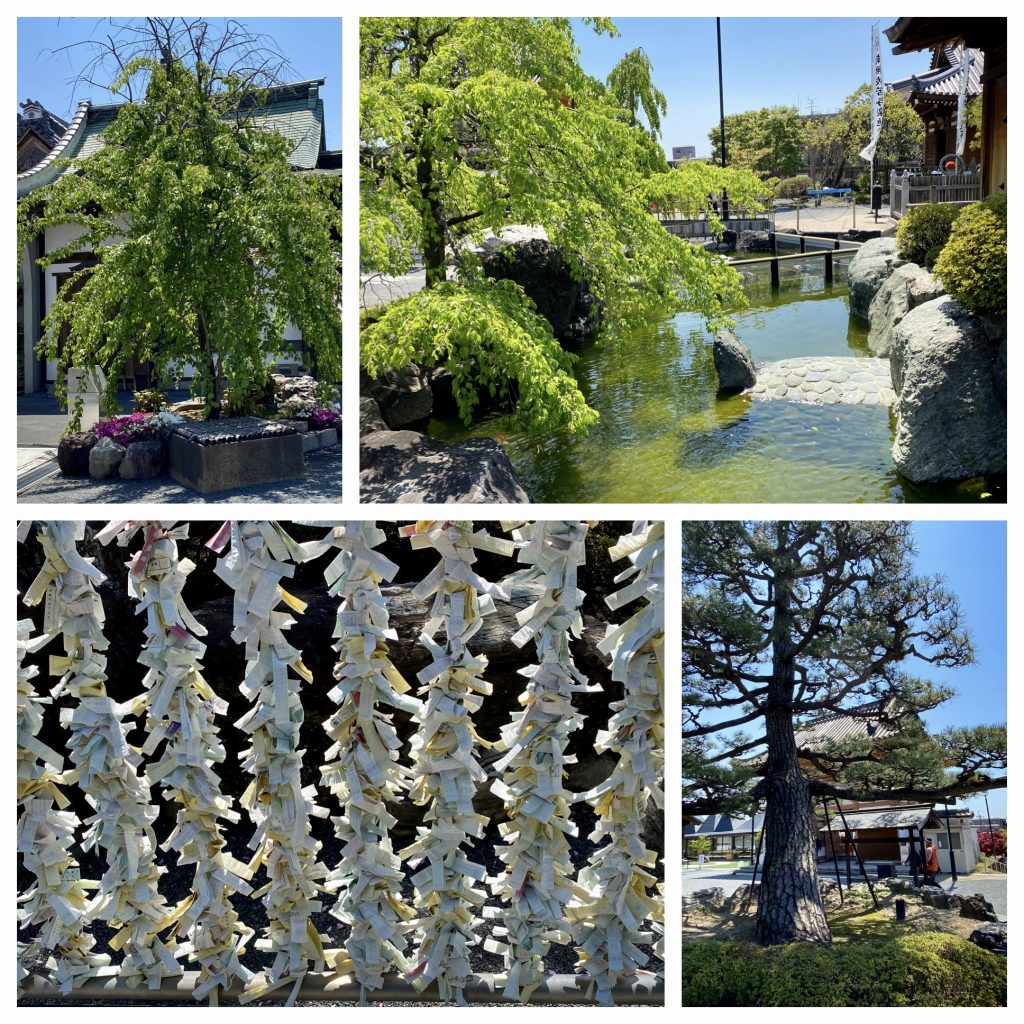 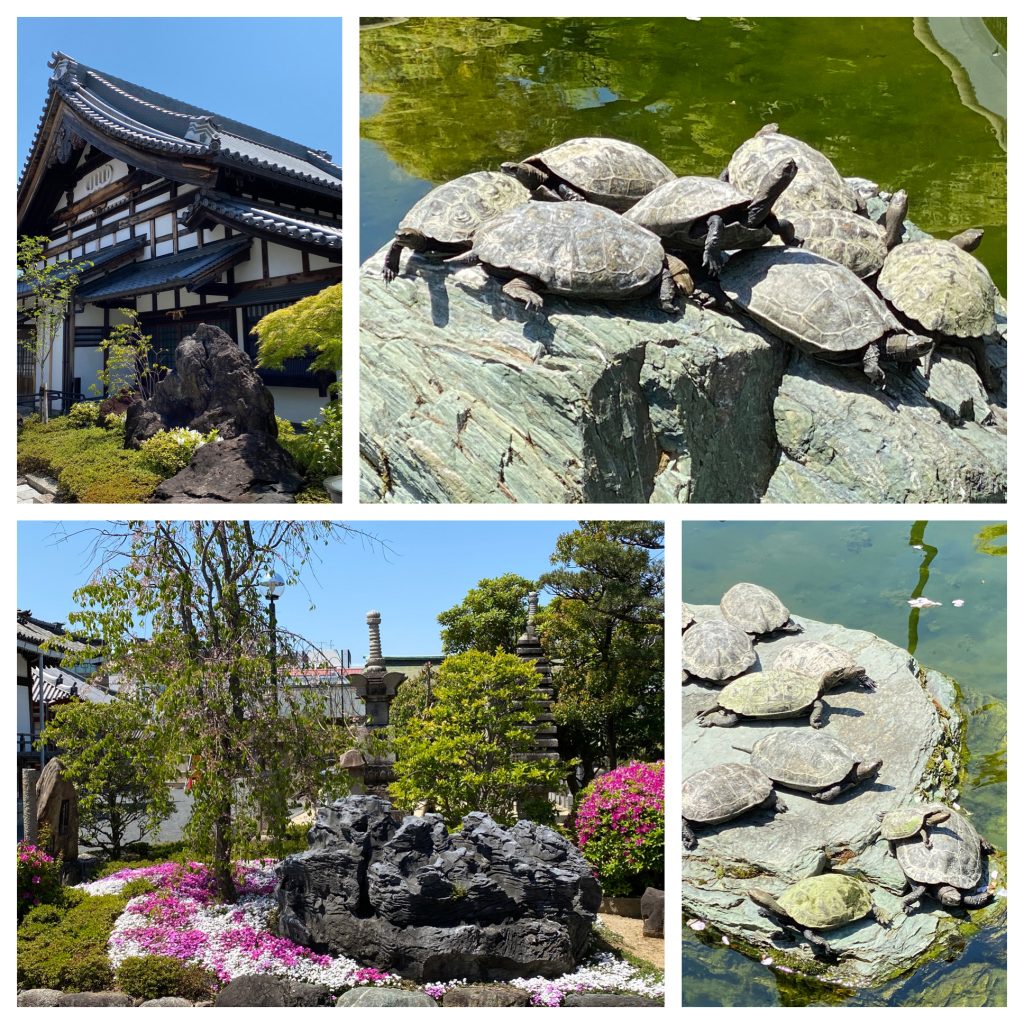 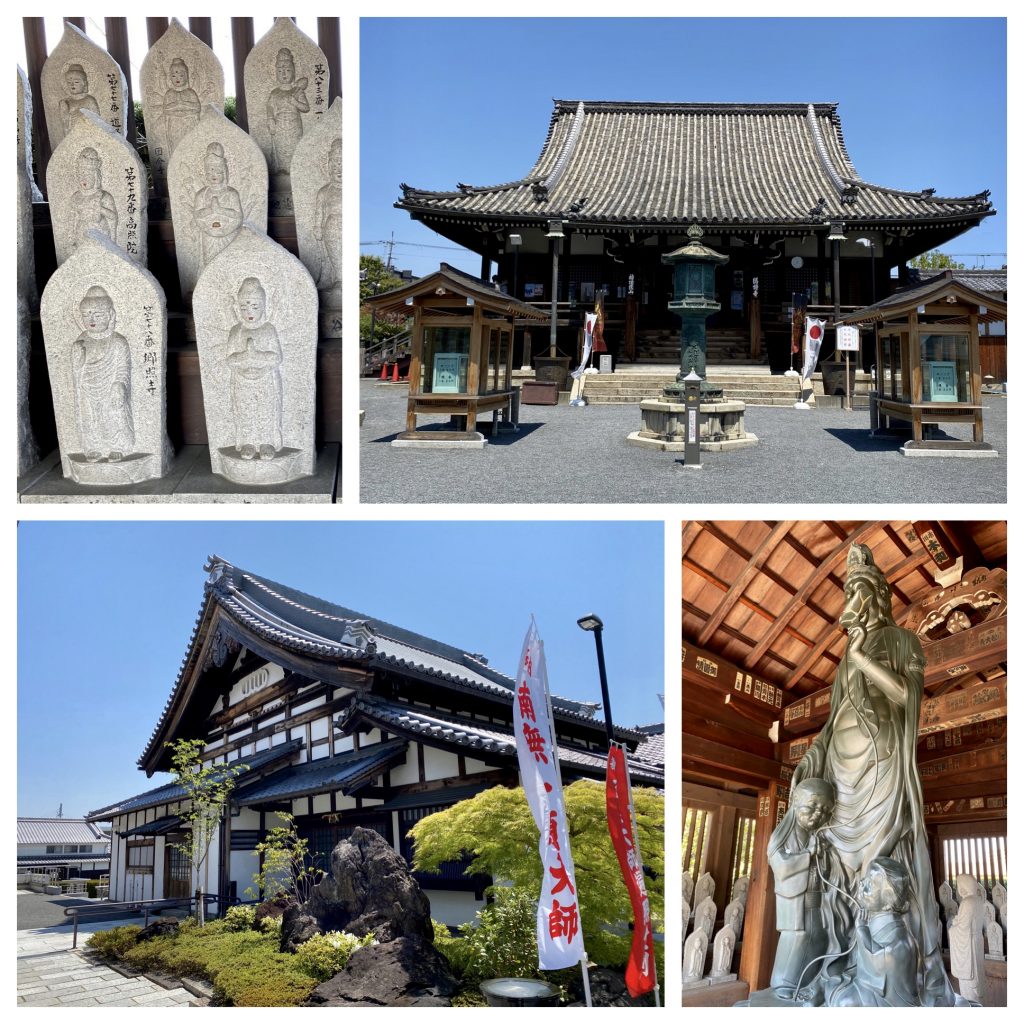 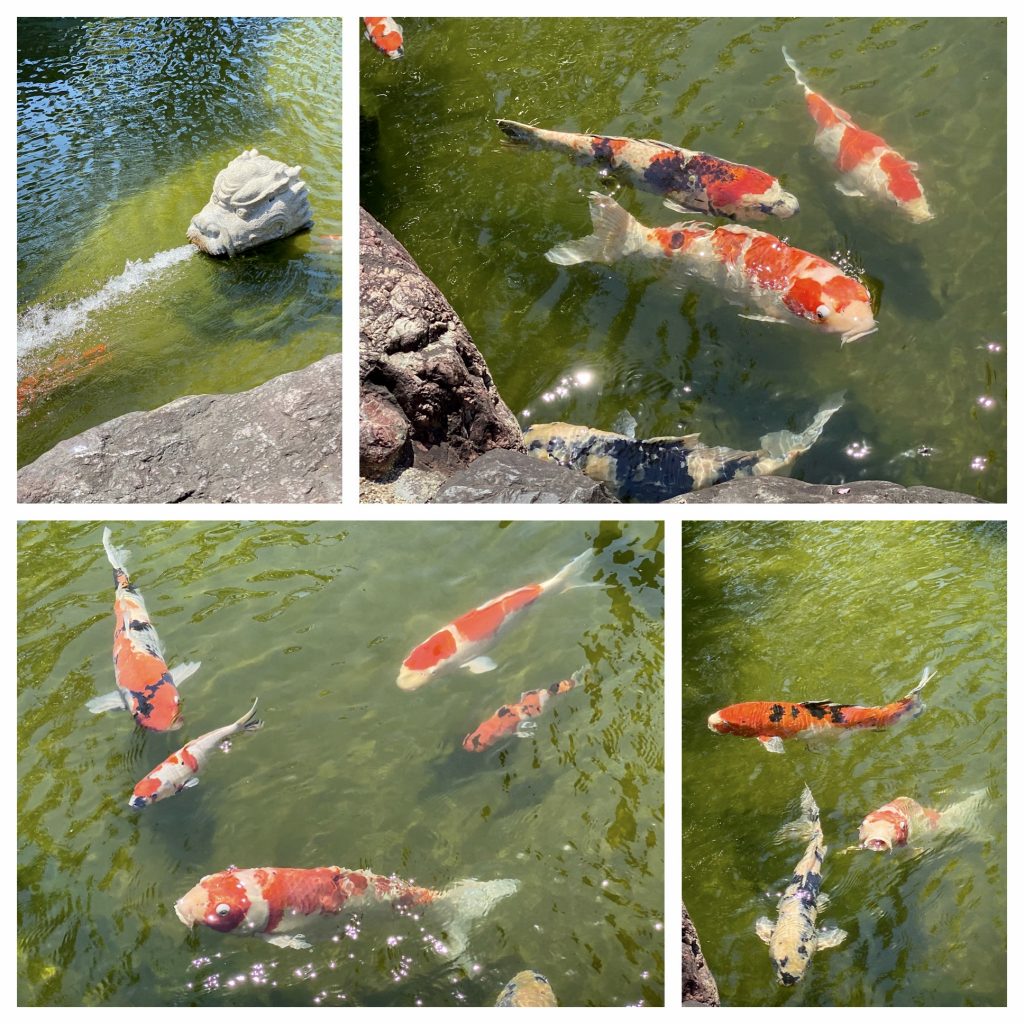 Soji-ji is an urban temple, located in the town of Ibaraki, on the outskirts of Osaka Prefecture.
But you would not know that you are in an urban environment once you pass through the gates of the temple.

The landscaping of the temple grounds is very well designed and wonderfully planted.
There are many turtles in the temple ponds, and even a small hut built upon a stone turtle in a pond, with two dragon heads spouting water near it.

It is said that each of the Kannon temples on the Saigoku Pilgrimage was founded because of a miraculous event.
Soji-ji Temple was founded during the Heian Period.

According to temple lore, Soji-ji exists because of a very special encounter between man and turtle.
One day, Fujiwara no Takafusa saw a fisherman catch a turtle.

Because it was the annual day commemorating the Goddess Kannon, he felt compassion for the turtle.
He bought the turtle from the fisherman and released it back into the water.

Years passed, and life went on.
Takafusa had a son, and later his wife passed away.
He remarried, and his new wife had to raise his firstborn son Yamakage.

She was a jealous soul and one cold night, Takafusa’s wife threw her stepson, Yamakage, into the river.

Takafusa was mourning the loss of his son, when out of the dark sea emerged the very same turtle that he helped release so many years ago, with his son Yamakage sitting on its back.

Yamakage grew up to be a fine chef and a talented young man.
He felt deep gratitude to the turtle who saved his life, and to the Goddess Kannon who had inspired his father to practice compassion.

He decided to commission a statue of Kannon.
Yamakage went to Hase-dera temple in Nara and there he met a sculptor.
The sculptor agreed to make the Kannon statue.
While the sculptor was carving, Yamakage, who was a reputable chef, cooked for him during the thousand days that it took to carve the statue.

When the sculptor completed the statue, he disappeared into the sky and left behind a magnificent statue of Kannon seated on a turtle.

It is said that the main statue of Soji-ji is the very same Kannon statue with her many arms, standing on top of a tortoise.

There are live turtles of different sizes at the temple, as well as many sculptures of turtles.

The temple holds a ceremony every year on April 18th, in which a master chef prepares a fish dish using only chopsticks and a knife, never touching the fish with his hands.

The temple was well attended on the Saturday we visited, and lots of people came to to walk around the grounds and get their books stamped.

We did not walk much today.
In the morning, we took a train from Hikone back to Kyoto and left our backpacks in a locker at Kyoto Station and went to visit the temple.

After the temple, we returned to Kyoto Station and went to check into the apartment that we had rented in Kyoto.
They had left us instructions how to enter the building and the key to the apartment was waiting for us in a combination lock box.

The apartment is lovely, renovated, airy and clean.
It is much better than we expected and will be a good place for us to rest and take a break, until closer to the end of Golden Week, when the lockdown is scheduled to ease.

Meantime, we can visit more temples near the Kyoto and Osaka areas, and do so without worrying about closed restaurants and cafes.
We now have our own kitchen and can prepare our own meals.

After settling into the apartment, we went to the local supermarket to shop for groceries.

The supermarket was super busy, crowded with people.
There was no frantic rush to buy things, people were simply happy to be out, to have some sense of normalcy.
They seemed happy to be around other people, to touch food, and to do the things they used to do before this plague and government policy had temporarily changed their lives.

That night we watched Netflix on TV for the first time in weeks.
It felt so nice to just vegetate in front of the TV, watching silly movies and being alone in our quiet apartment, eating berries and creamy chestnut tofu sprinkled with honey.
In fact, it felt so good, that we contacted the apartment owner and extended our stay by a few more days.

Wishing you a wonderful day and lots of love,
Tali and Jules