Beyond The Beaches Of Pemba Island, Zanzibar Tanzania 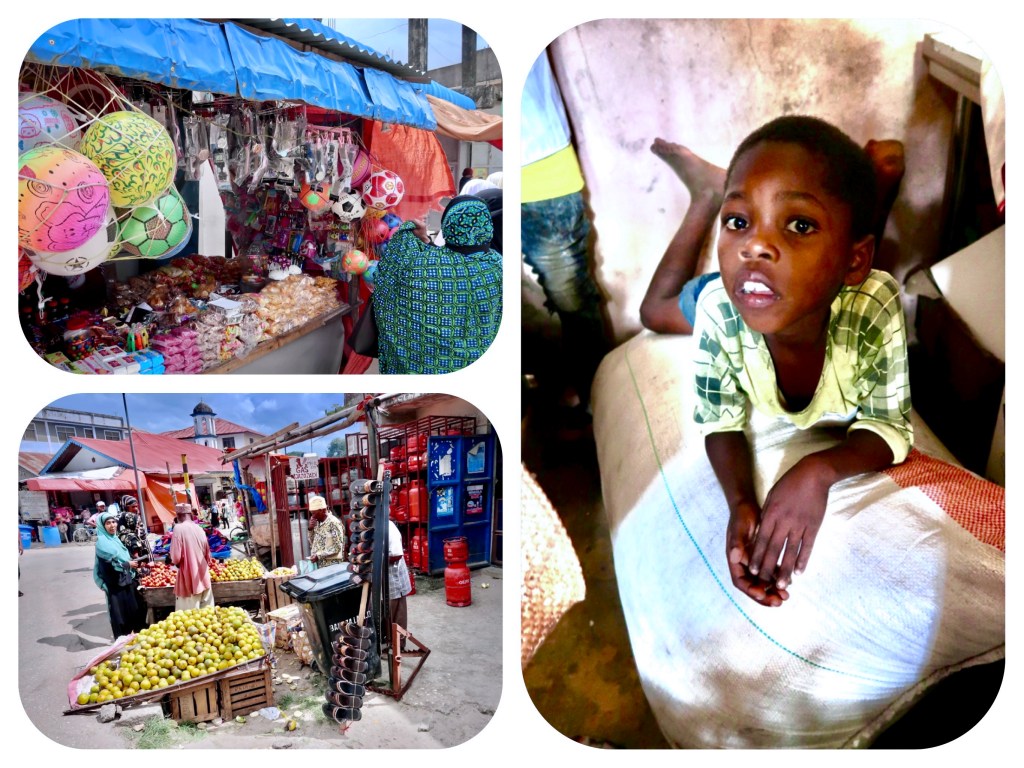 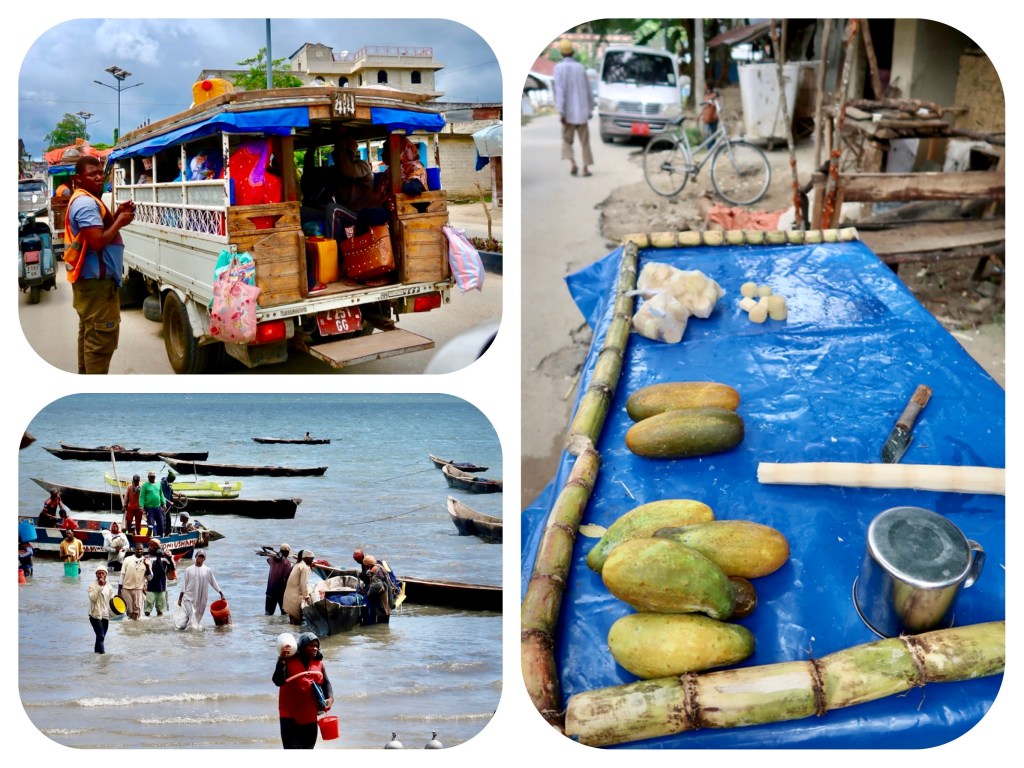 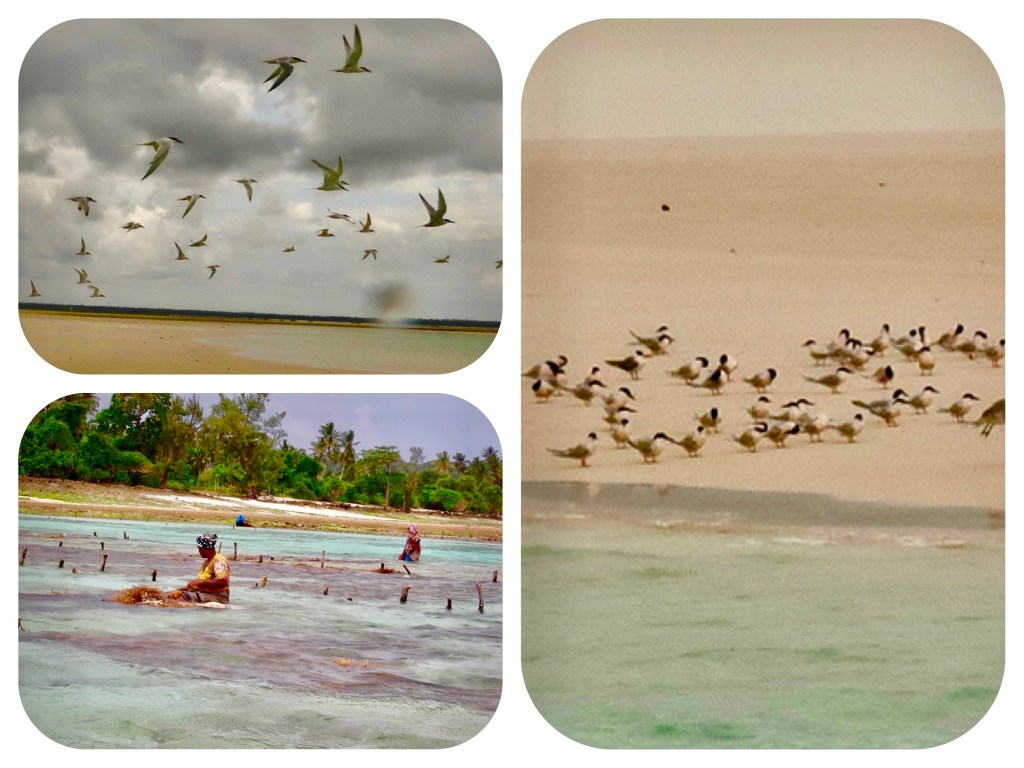 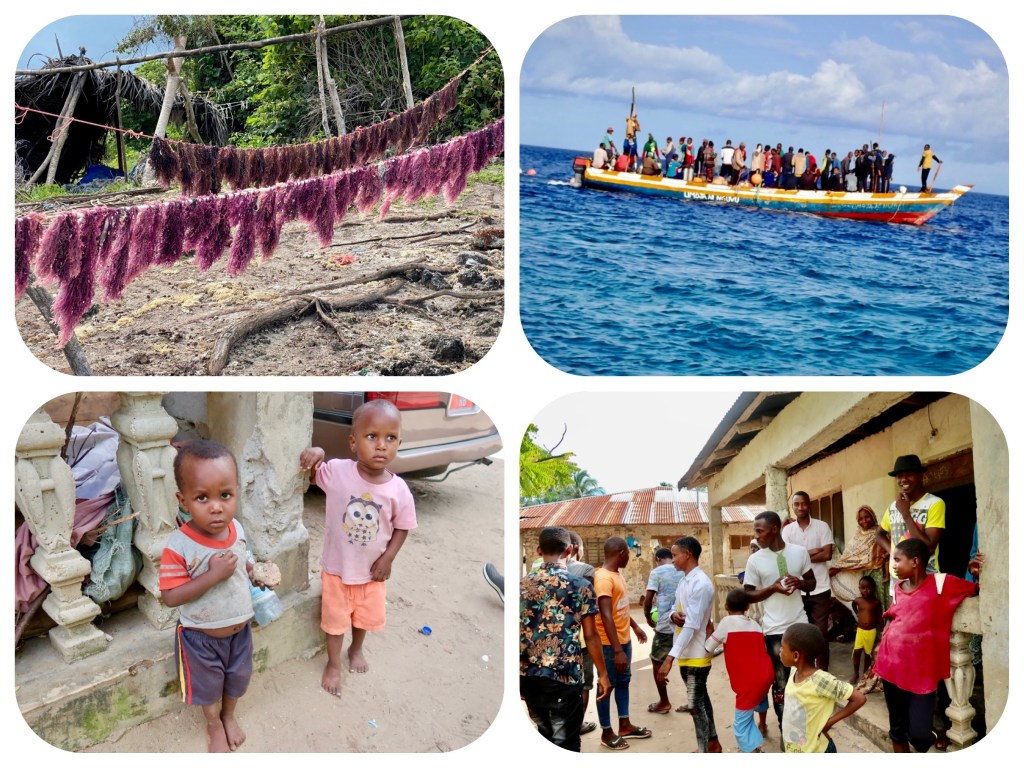 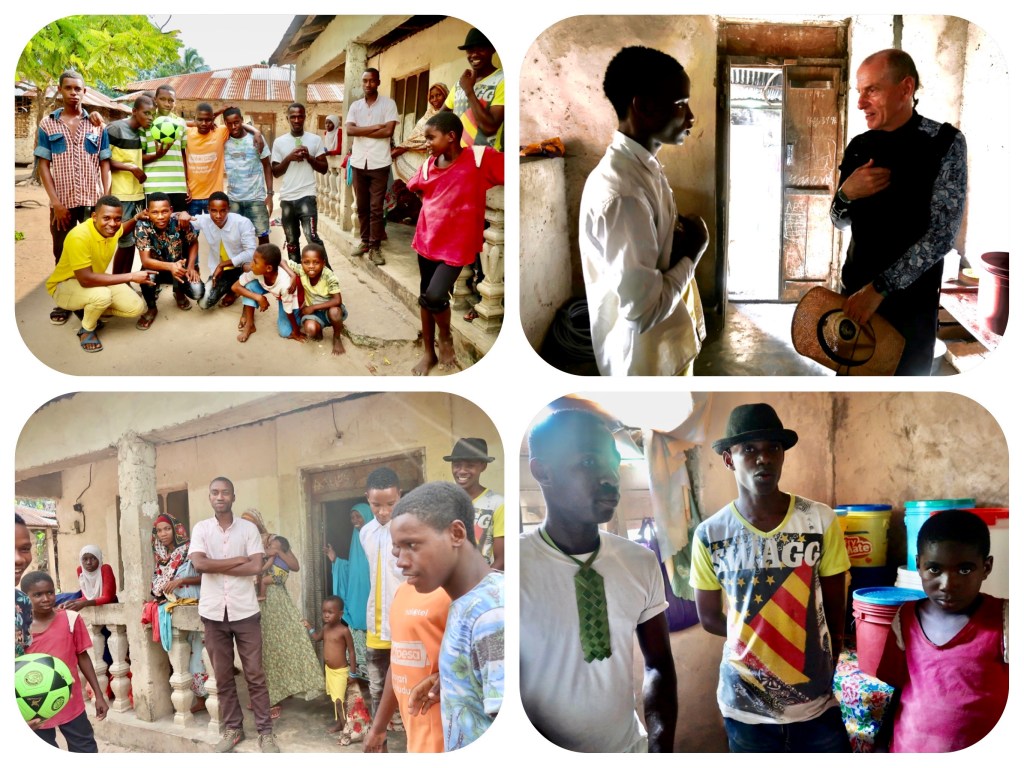 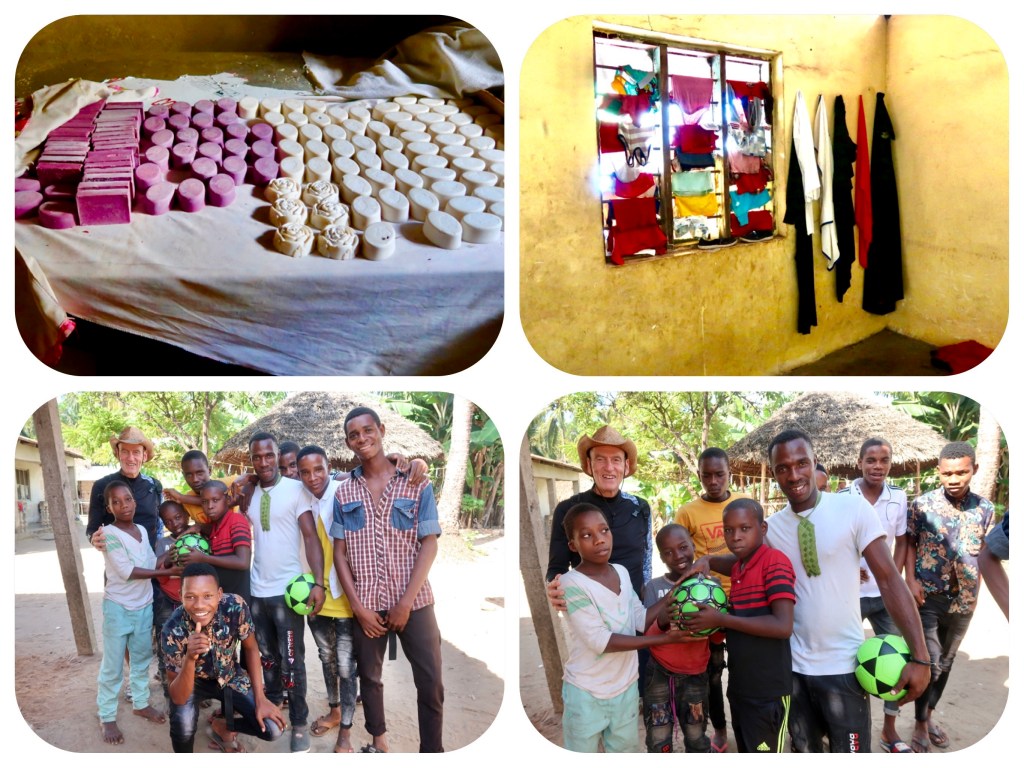 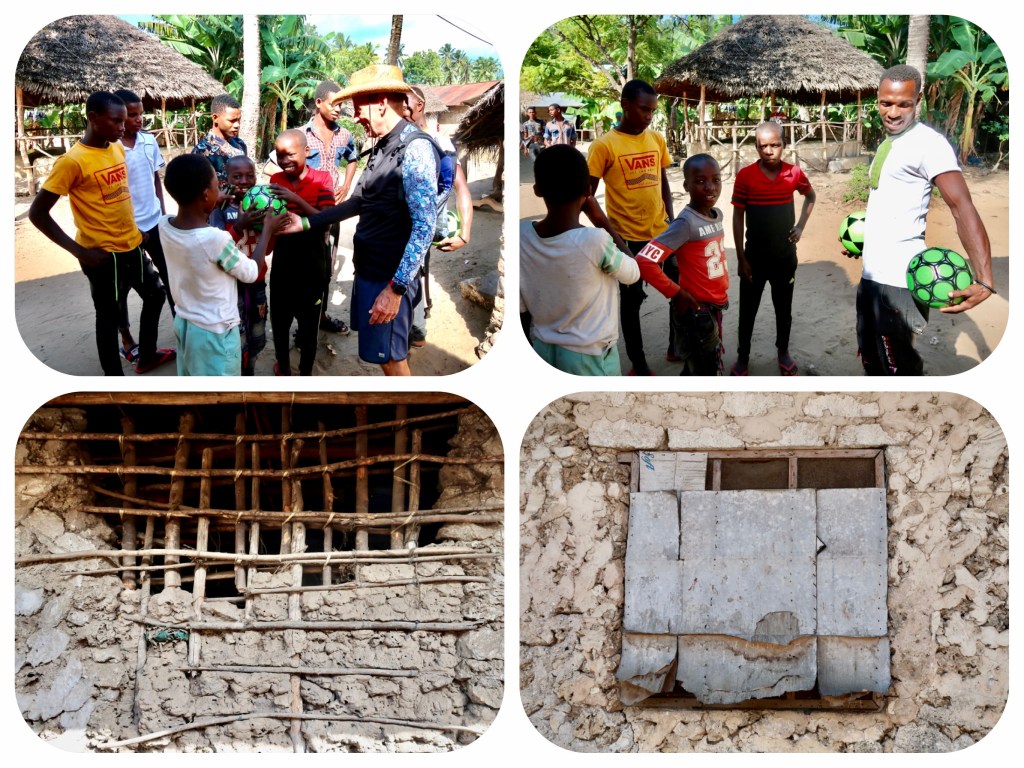 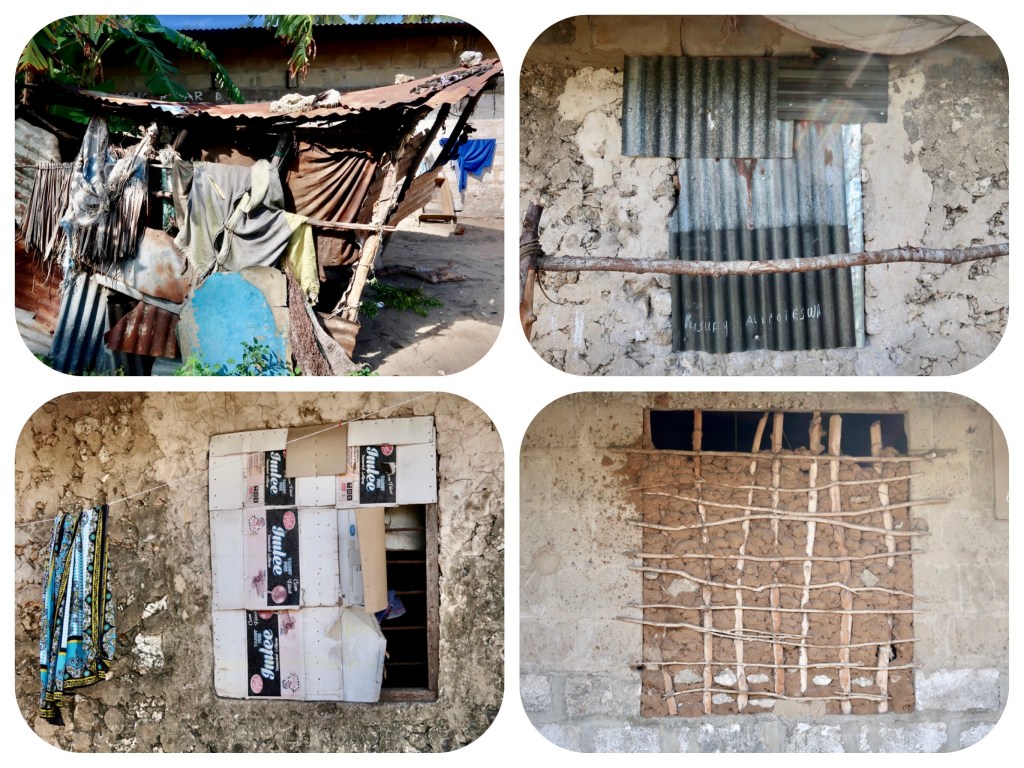 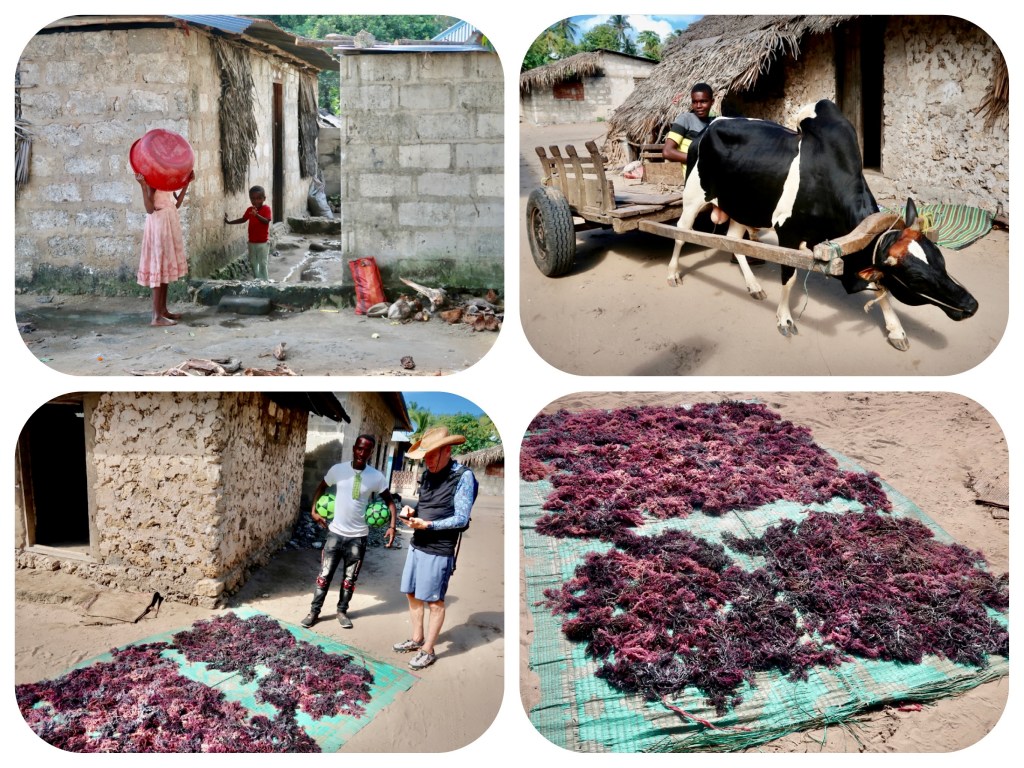 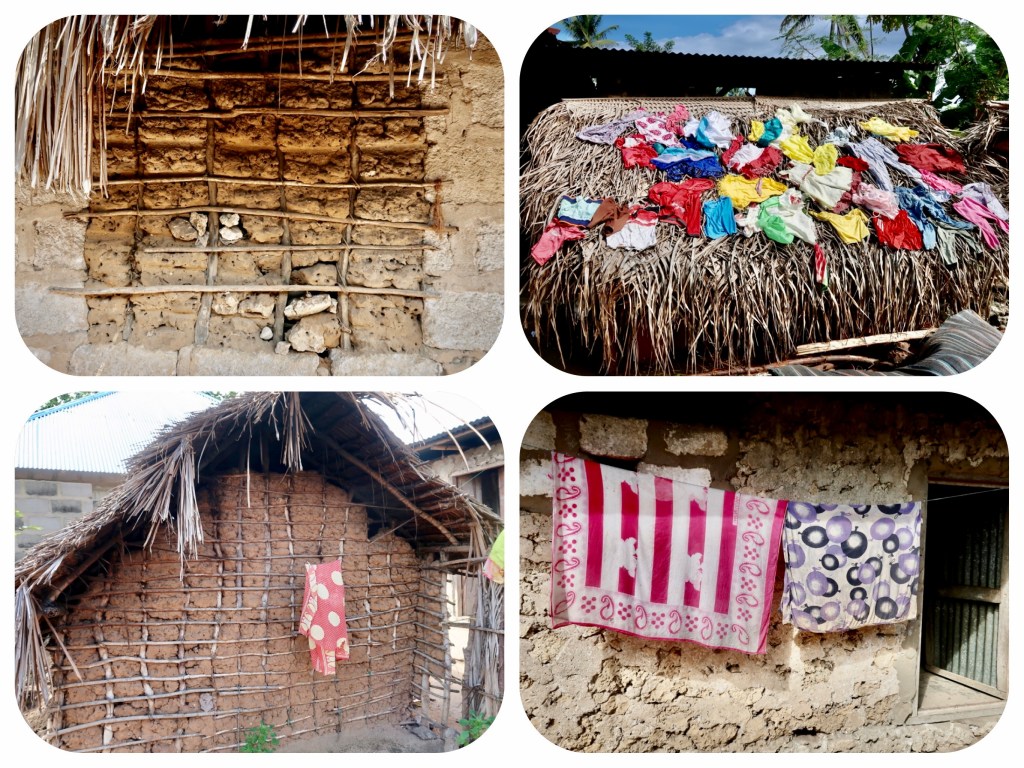 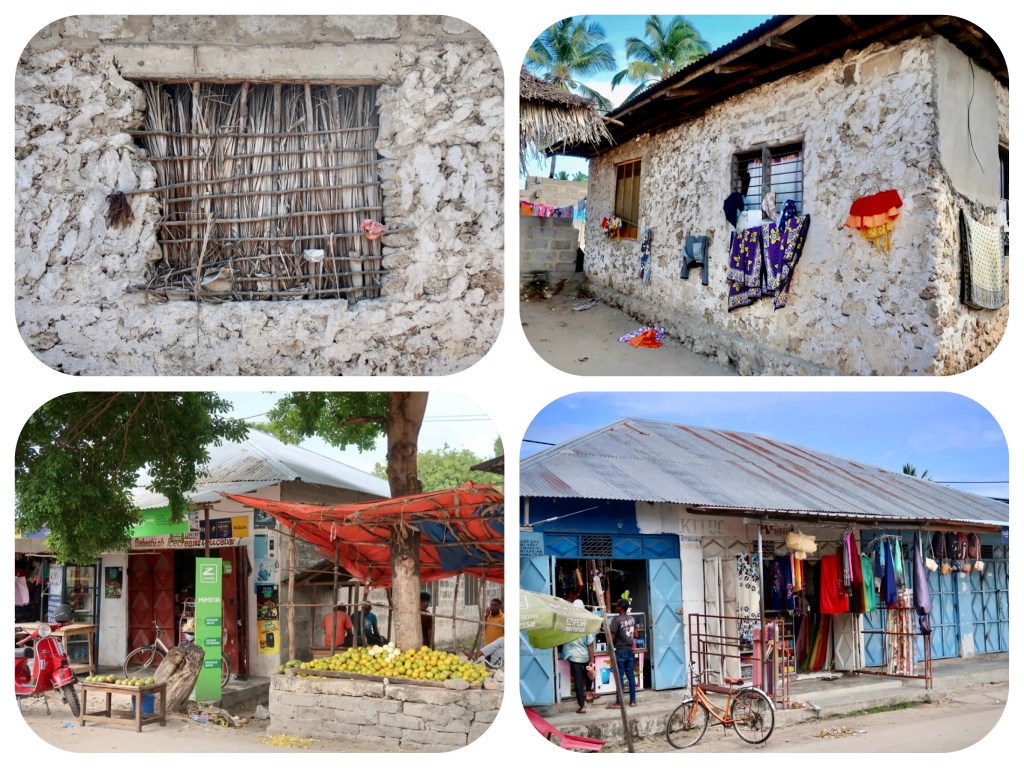 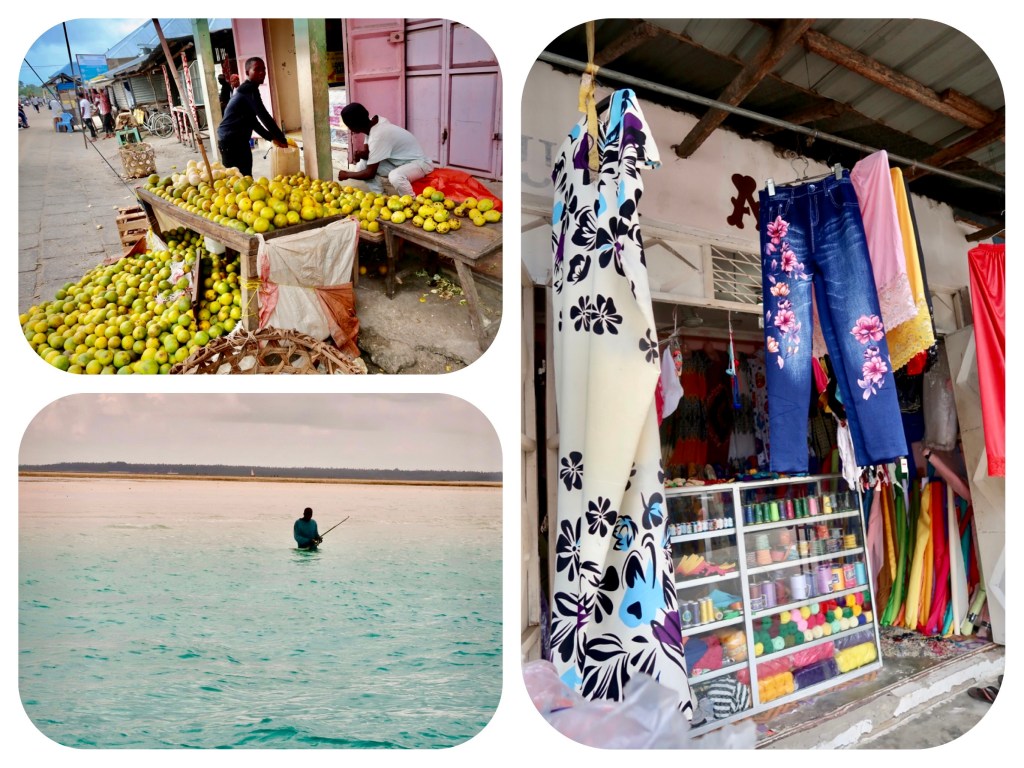 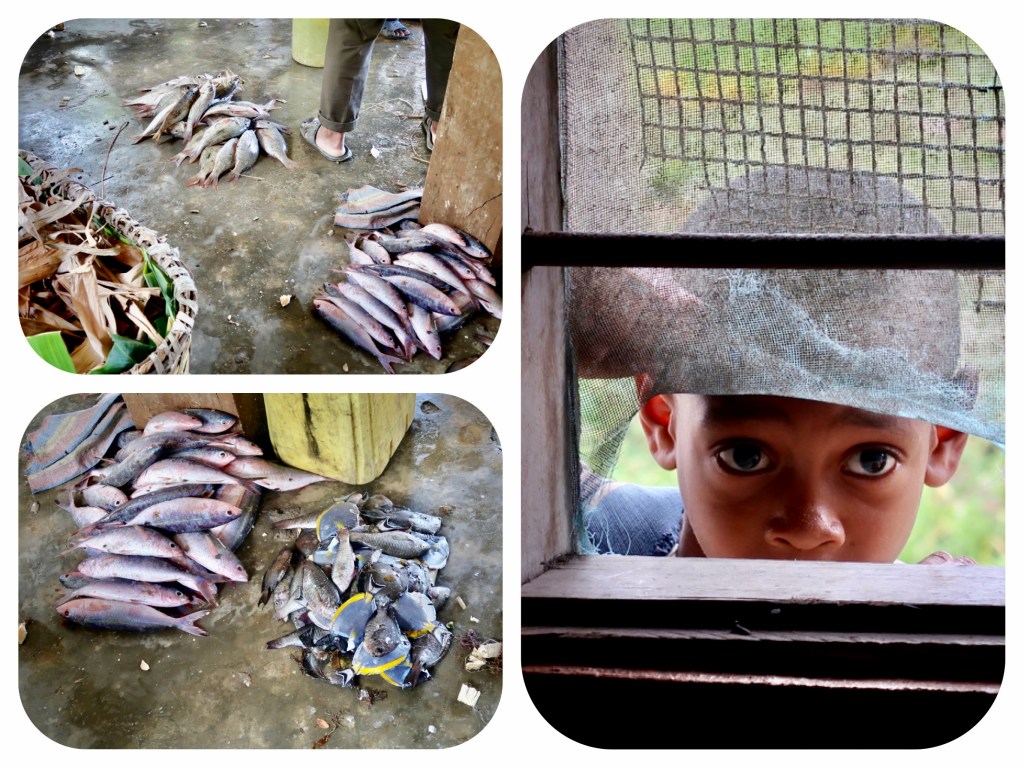 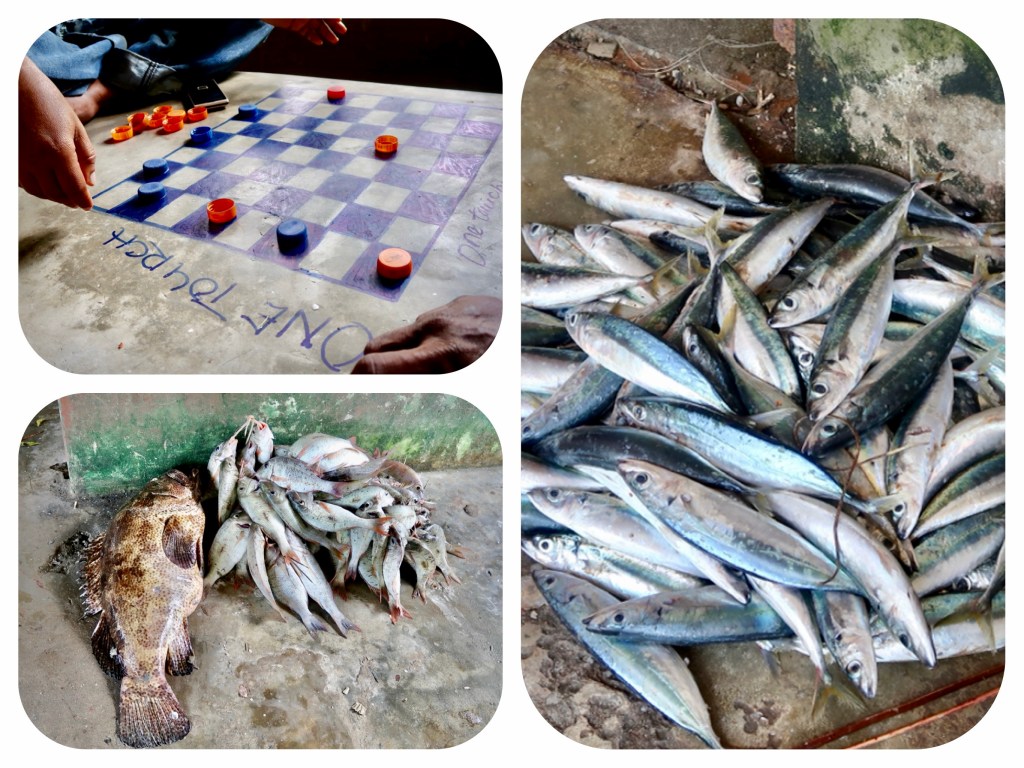 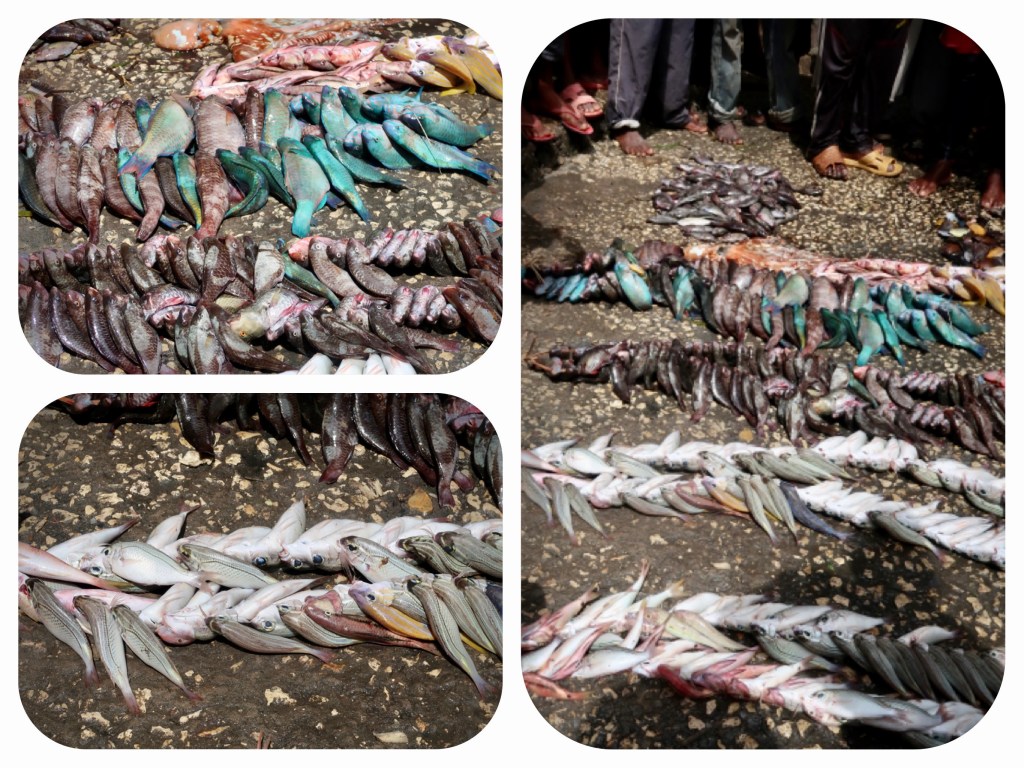 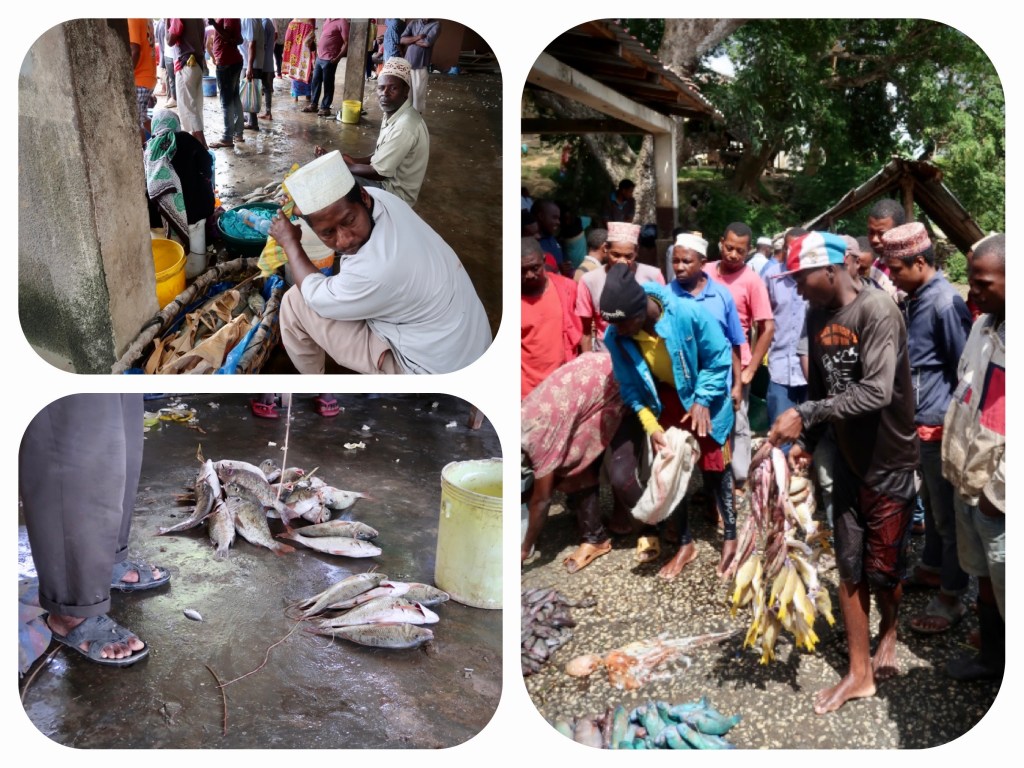 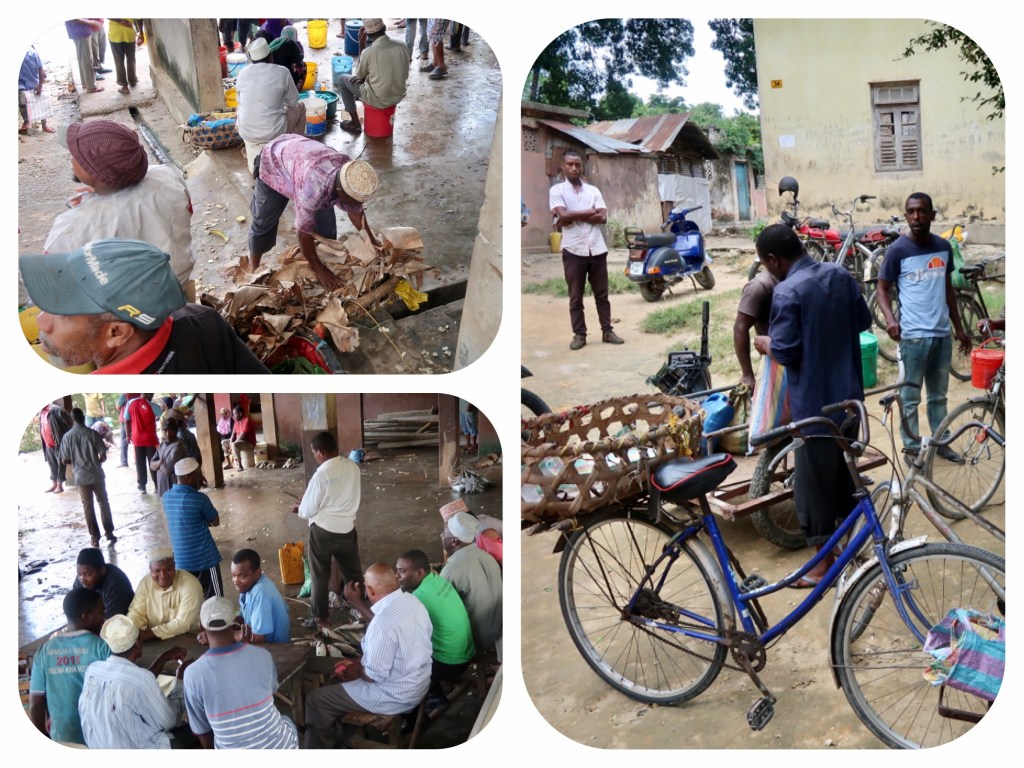 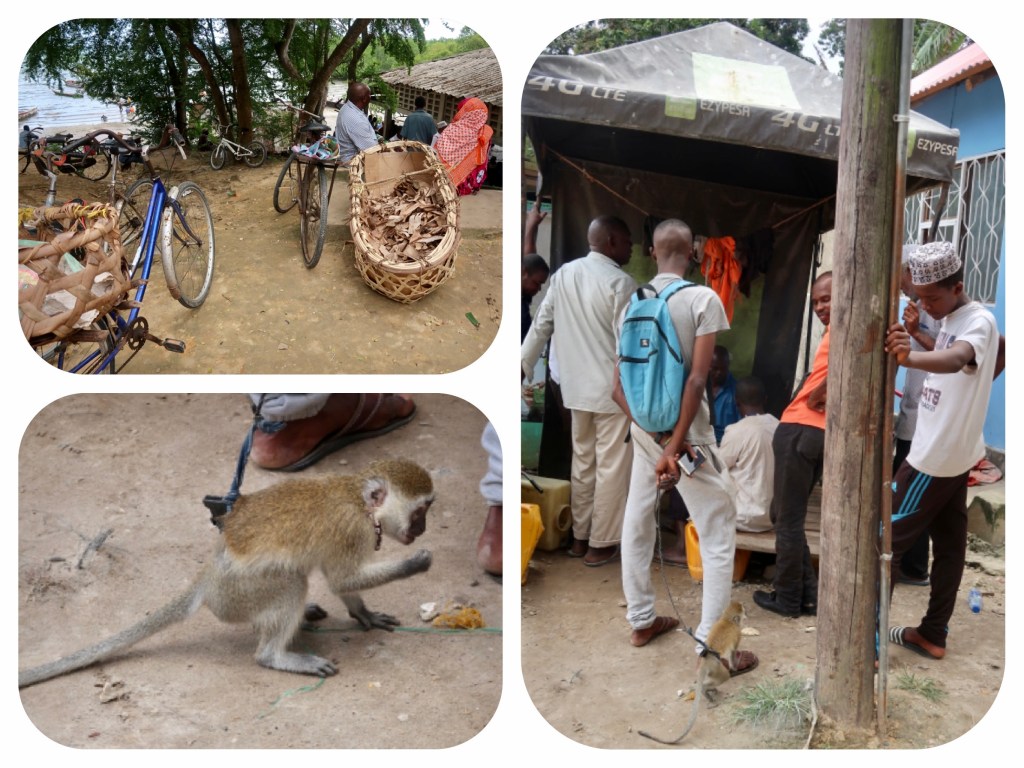 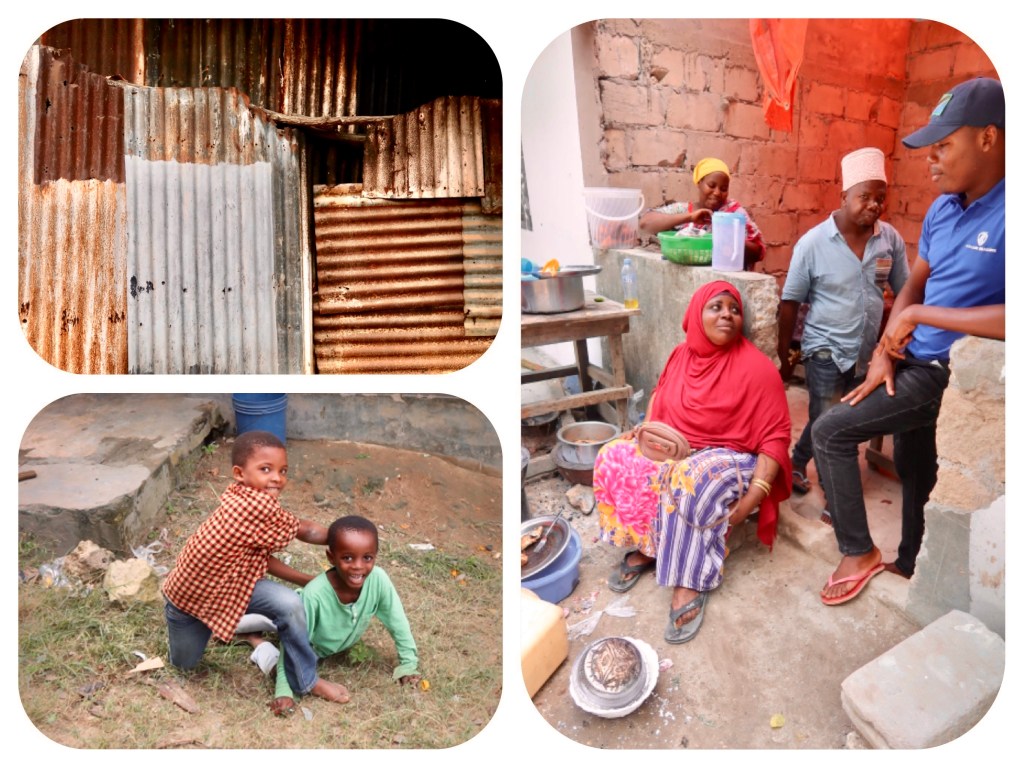 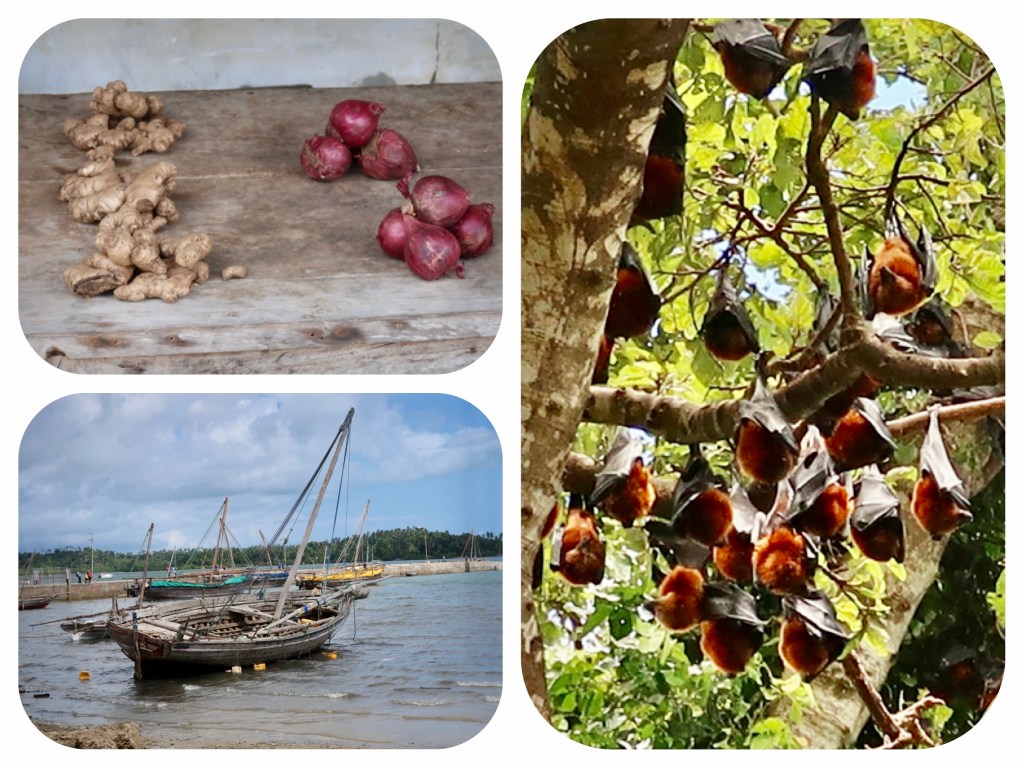 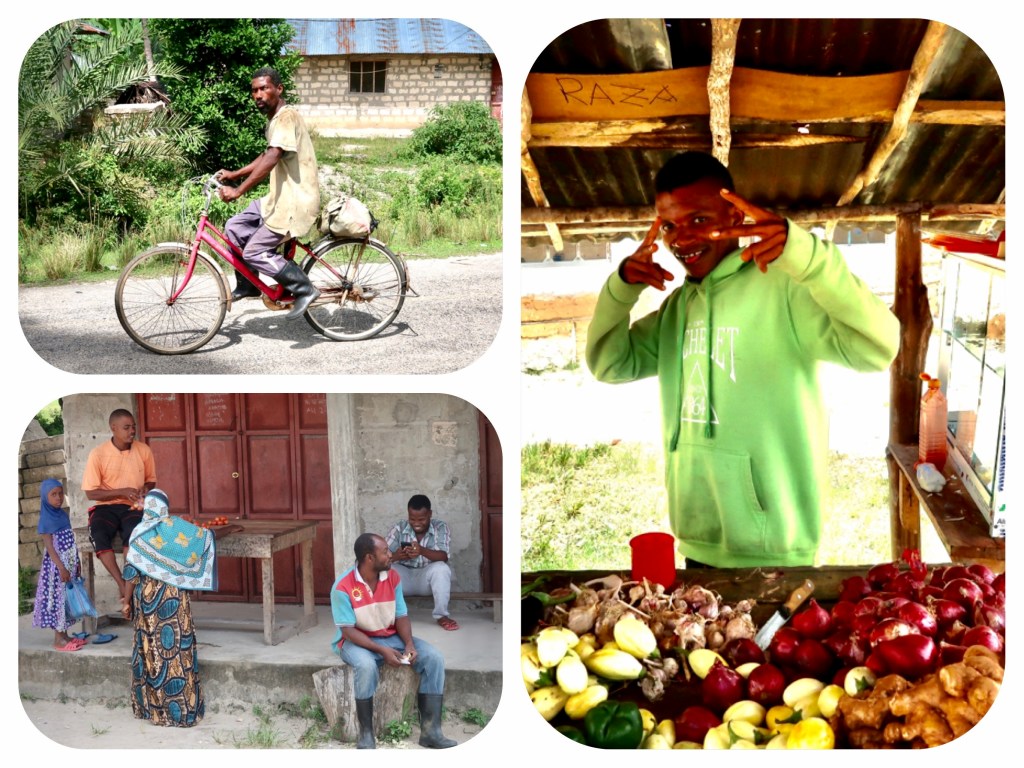 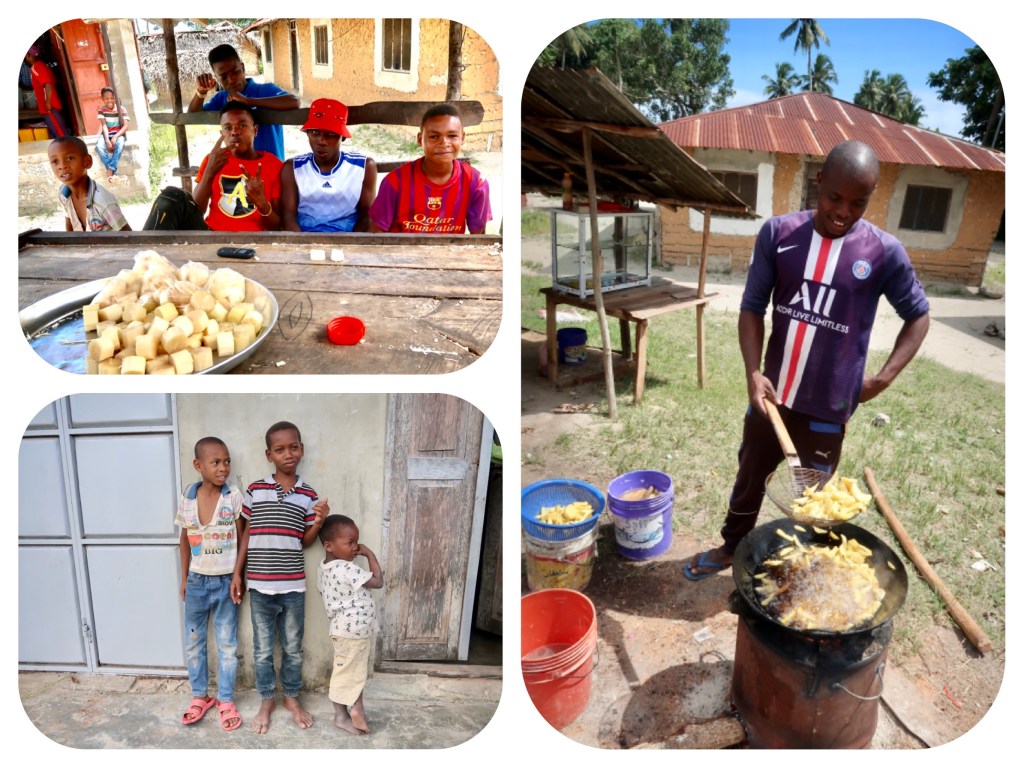 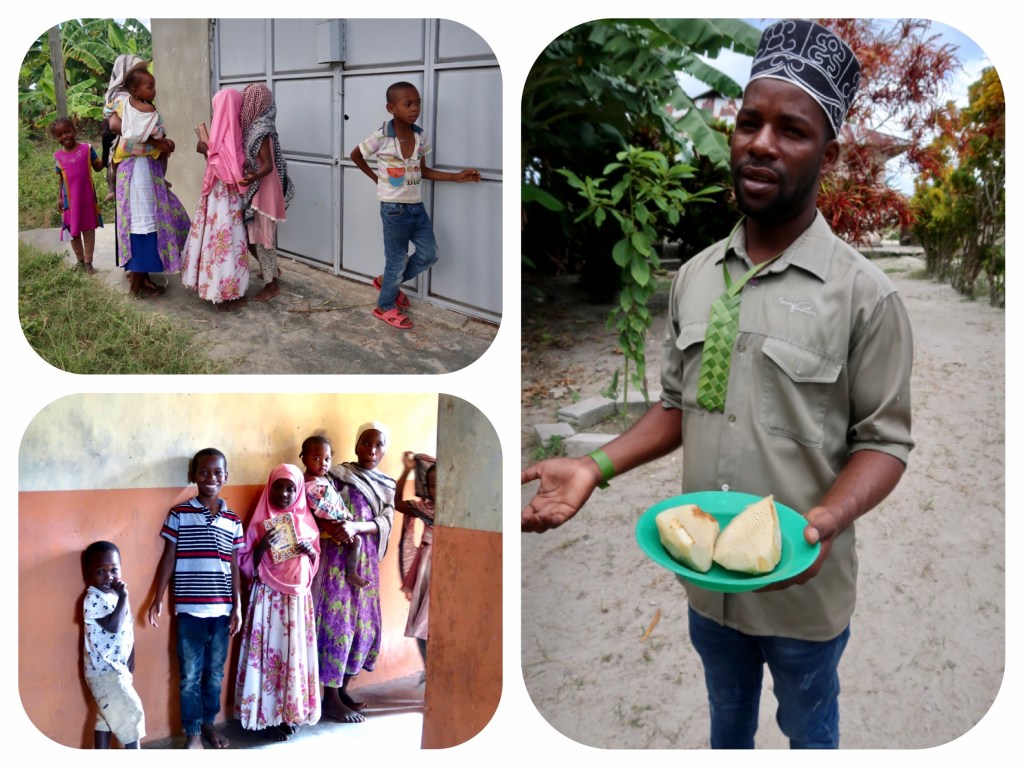 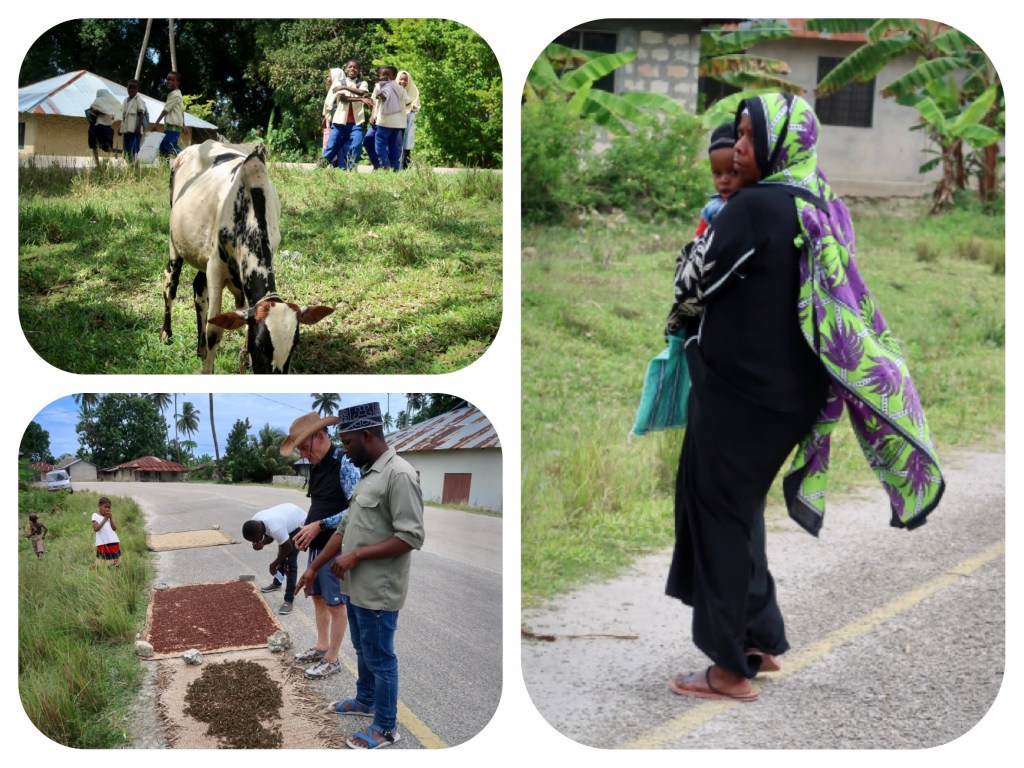 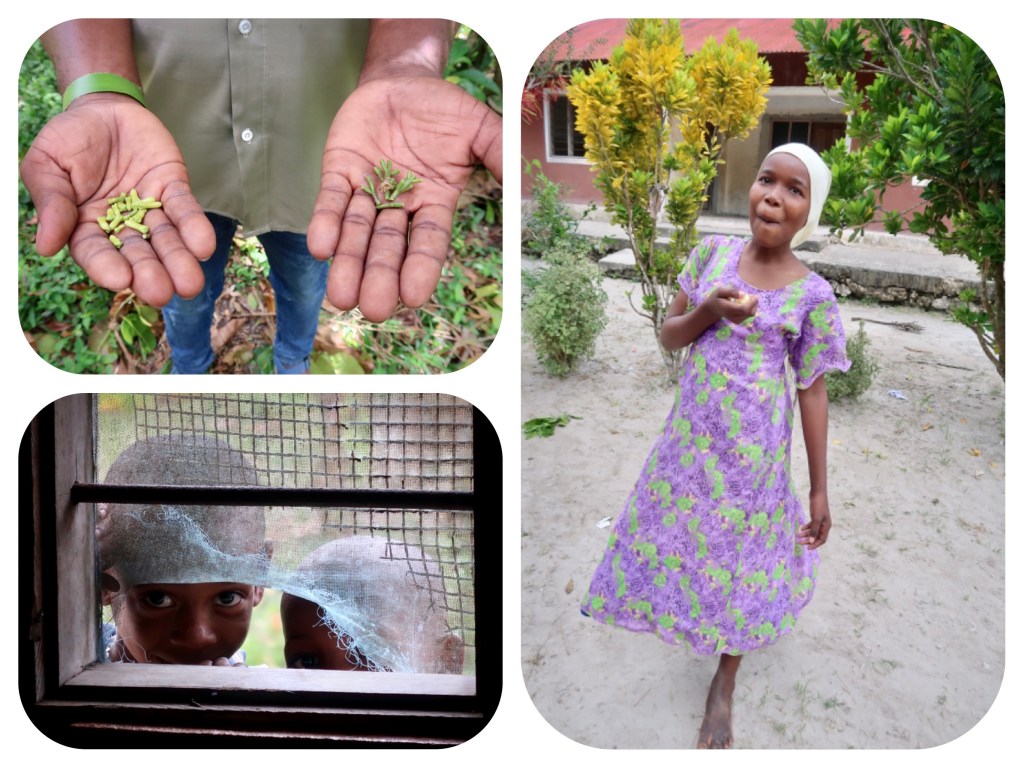 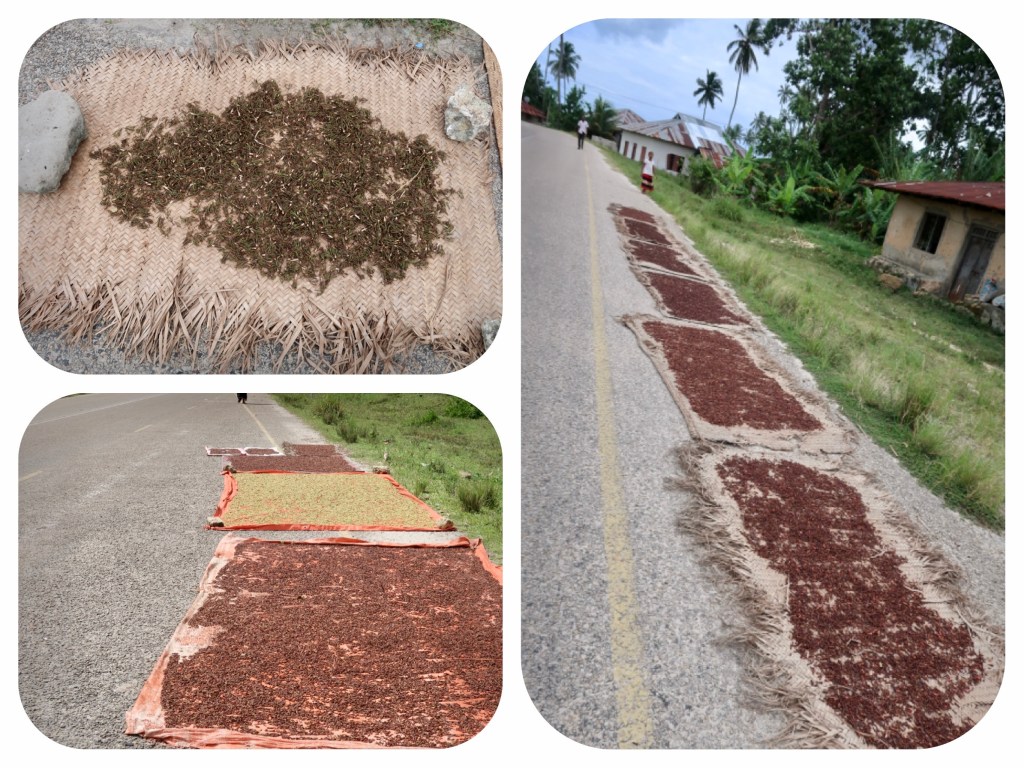 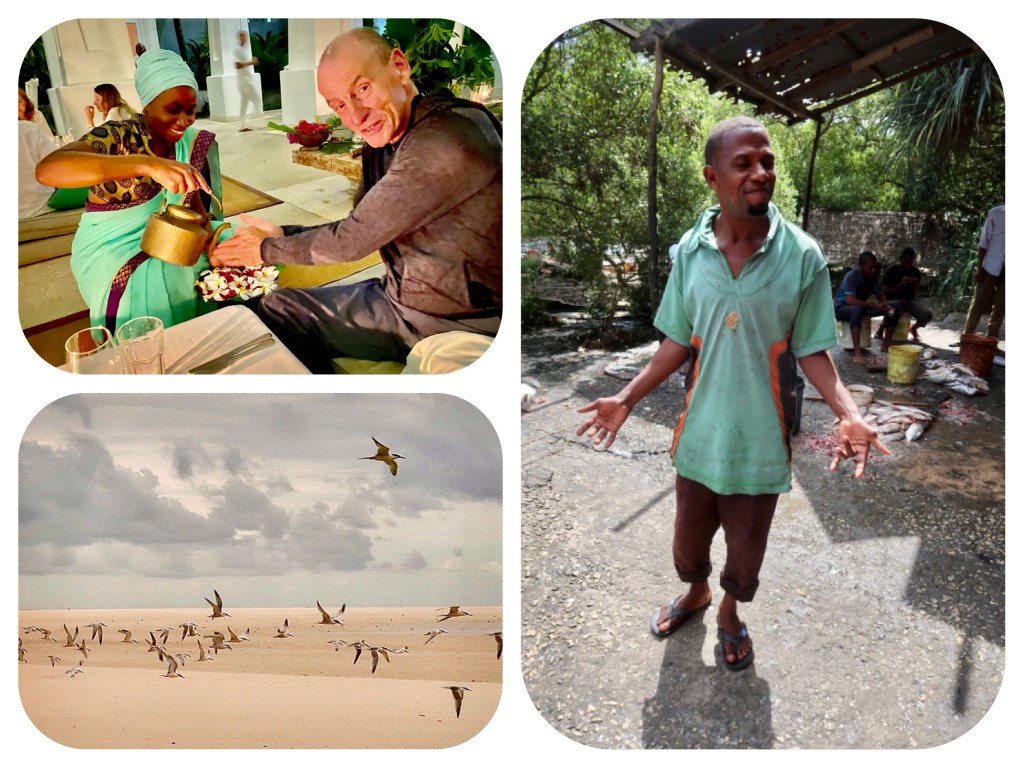 Beyond The Beaches Of Pemba Island, Zanzibar Tanzania

The roads traversing Pemba island are full of potholes.
Our driver laughed and said that we are getting “A free African Massage.”
All joking aside, these potholes can easily swallow a small car.
Luckily, there are not many small cars on these roads, and the big all-wheel drive cars and trucks which normally drive on the left side of the road simply veer between the potholes without paying any attention to traffic rules.

Most locals use a form of truck-taxi, with an open back, into which passengers climb and squeeze together to sit on two rows of wooden benches.
These taxis are called “Dala Dala” and some of them are so overloaded with passengers, that the rides take twice as long as they should.

People load their bicycles, bunches of bananas, hand woven baskets of fish or colorful bags of produce onto the roof of the Dala Dala, and the taxi slowly makes its way through the dusty villages, dropping off passengers and picking up twice as many people than the truck can possibly carry safely.

It is not uncommon to see the police give tickets and fines to the drivers of the Dala Dala for carrying too many passengers.

The houses that line the village roads on the island of Pemba are very simple.
Most are made of mud bricks with wooden sticks serving as posts and beams, and most houses have thatched roofs.
The “better built” houses are made from concrete blocks with corrugated iron roofs.

The floors of these houses are packed dirt, or if the owners are doing well, the floor could be lined with leftover ceramic tiles that were discounted because they were remains of different orders.

The first thing that I noticed is that none of the houses have any glass in the windows.
The windows are just an opening, covered with bars, or by a fly screen, or a tarp or curtain, or pieces of cardboard, and I even saw windows lined with mud and wooden sticks.

The only shops that have glass in the windows are the telecommunication shops selling Sim cards and mobile phones, or the small mosques that are numerous in every village.

There are no shops selling glass or repairing windows.
When they built the beautiful Aiyana resort in which we stay, they brought a container full of windows and doors from Dubai.

None of the young kids we saw in the villages have any shoes.
It is believed that kids grow so quickly, that investing in shoes for their ever growing little feet is a waste of money that most people cannot afford.
It seems like teenagers and many adults do wear sandals, although not all, even when walking on the dusty field roads full of rocky stones.

People wear their clothes until they disintegrate from too many holes.
Market shops sell used clothes piled high in bundles spread on the sidewalks.

There are almost no shops selling western goods and products.
Candy and sweets are not chocolate, KitKats or Snickers bars, but small packets of roasted peanuts, small packets of red colored baobab fruit, tamarind candy and fresh slices of sugar cane, which everyone chews and spits all over the market streets.

The people we saw in the markets do not smoke, nor do they drink any alcohol.
People do not chew betel-nut leaves like they do in so many parts of the world, which means that their teeth are in much better shape and their smiles do not drip red beetle juice from the corners of their mouths.

Every morning, depending on the tides, people walk along the beaches looking for octopus or collecting seaweed.
The purple colored seaweed they collect is sold to traders who export it abroad.
This seaweed is not eaten, but is used in the cosmetic industry.

We visited a house in the village of Makangalė where the locals have started a family business of making soap from the seaweed.
They dry the seaweed, then they grind it into powder, then they melt it with coconut oil and shape it into bars of soap.

To support them, I bought some of these soaps to take home as gifts.
Almost the whole village had gathered in the crowded room without electricity, where we were shown the soap products.

A dim light filtered through the open window.
On a bare table they arranged the small selection of soaps, and when I asked if they had a paper bag for the soap, they tore a piece of paper from one of the kid’s school notebooks and wrapped it around the bars.

Before coming to the village, I asked the driver to stop in the nearby small market town, where we bought two soccer balls to give away as gifts.
The kids of the village were beside themselves with joy, when Massuli, our guide, explained that these were gifts.

The village kids have no toys of any kind.
Nothing shiny, or bright or made of plastic, that is designed to entertain kids.
The girls do not play with dolls, but with their tiny and newly born baby brothers or sisters.
These small girls carry their young siblings as if they were dolls, putting them on the mud to play with them.

The truth is that growing up, I also did not have closets full of toys. I had one teddy bear as a toddler and later I got a red bicycle.
I had no barbie dolls with hair ribbons and clothes and tea sets.

We were not poor at all, but it was not so common in those days to shower kids with toys.
And because we did not have them, we did not think we lacked anything.
We played dice with the pits of apricots, we won or lost in games of marbles, and we played board games like they do in the market here in Pemba, with plastic bottle caps, when we lost pieces of our game boards.

The fish market in the town of Wete is a very worthwhile place to visit in order to see and understand the ways of the local people.
The fishermen use traditional wooden boats made from mango trees.

Some of these boats are small, but some of the bigger boats have more than twenty people helping to pull in the heavy nets by hand.

They bring their catch of the day into the market, where an auction is always going on.
People bid on a rope strung with dozens of small fish.
$20 USD can buy you a bundle of dozens of fish.

Soon after they buy their bundles, the traders loosen the rope, arrange the fish into groups of four or five and sell them for a small markup.

I was told that the small colorful tropical fish are not good for eating.
They are full of tiny bones and only the very poor buy them, because they cannot afford to buy better types of fish.
The best fish to eat are white colored, because they have tender meat and less bones.

The market is always full, as more fishermen come in with their catch throughout the day.
The only public restroom in town is located inside of the mosque.
Being a woman, I am not allowed into an islamic mosque, but being a foreign woman meant that I was permitted to hold my breath and quickly use the mosque toilets in order to pee.

We made a visit to a small family spice farm.
Zanzibar island, which includes Pemba Island, is known as the “Spice Island.”
Clove, cardamom, cinnamon, curry leaves, vanilla and pepper, are the most common spices grown on the island.

We walked through the dense trees and were shown the different trees and spices.
We were treated to fresh coconut juice and mini bananas, and in order to support them we bought some spices to take home.

The spices are dried on pieces of tarp or plastic spread by the side of the main road, which is the most convenient and flat place to dry the spices.
A fresh clove needs only three days in the sun to fully dry.

The spices taste so fresh and full of flavor, and the big-eyed kids following us around nodded their approval or laughed when we tasted the sour Carambola or Bongo fruit.

On the streets of the villages, a public health-awareness van was speaking over a loudspeaker, educating the public about he dangers of Malaria.

I was told that life and death are tied closely together in these villages.
Kids are born and die frequently, either from falling, injury, or illnesses.
A large gathering of village people is either a wedding or a funeral.

In great contrast to the village life, our resort in north Pemba is beautifully designed and super luxurious.
The food is great and all organic, mostly because nobody can afford the cost of pesticides.

The locals are supported by the resort, which gives them jobs, buy their sweet potatoes, corn, rice, coconuts, pineapple, mango, bananas, papayas, fresh fish and the milk that they get from their cows.
The resort also give money to the local hospital and schools, all from donations collected from the guests.

Ali, who drove me to the diving center in the mornings, told me that he had built his house, but he needs $3000 for an iron roof.
When I asked how he expects to earn enough money, he said that after working for one year, he hopes to ask for a loan, which they might give him and deduct the loan payments monthly from his salary.

“An iron roof will last me a lifetime, while a thatched roof needs to be replaced every four years, and it is not cheap at all, maybe about $1000 just for the materials,” he said with a sigh.

When we walk around the resort, we step on many fallen flowers.
White or pink scented Plumeria, purple Bougainvillea and jasmine all line the walking paths, making me feel like an ancient queen.
The dining in the resort is done on tables with white tablecloths that are set in the open air, by the pool or under cover when it rains.

Sometimes we eat dinner on the beach, lounging on day beds under the stars, with lanterns to light the plates full of carefully prepared organic fresh ingredients.
I cannot help but feel guilty for the abundance we enjoy, in comparison to our brothers and sisters who have so little….

I can only bless them, see them all surrounded by the bright light of eternity and know that the love and intelligence of the divine is with them always and through each and every incarnation we go through.

In one incarnation you might be a fisherman’s daughter in a remote part of Zanzibar, dressed in rags, collecting seaweed, and in the next you could be a royal queen, a graceful ballet dancer or a very rich businesswoman.

Each incarnation gives us the gifts of life’s lessons and personal experience.

For the immortal Over-Soul, these incarnations are like suits of clothes, that bring the life’s lessons that are required and desired for the growth and expansion of that soul.

Wishing you a fabulous day or night,
Tali