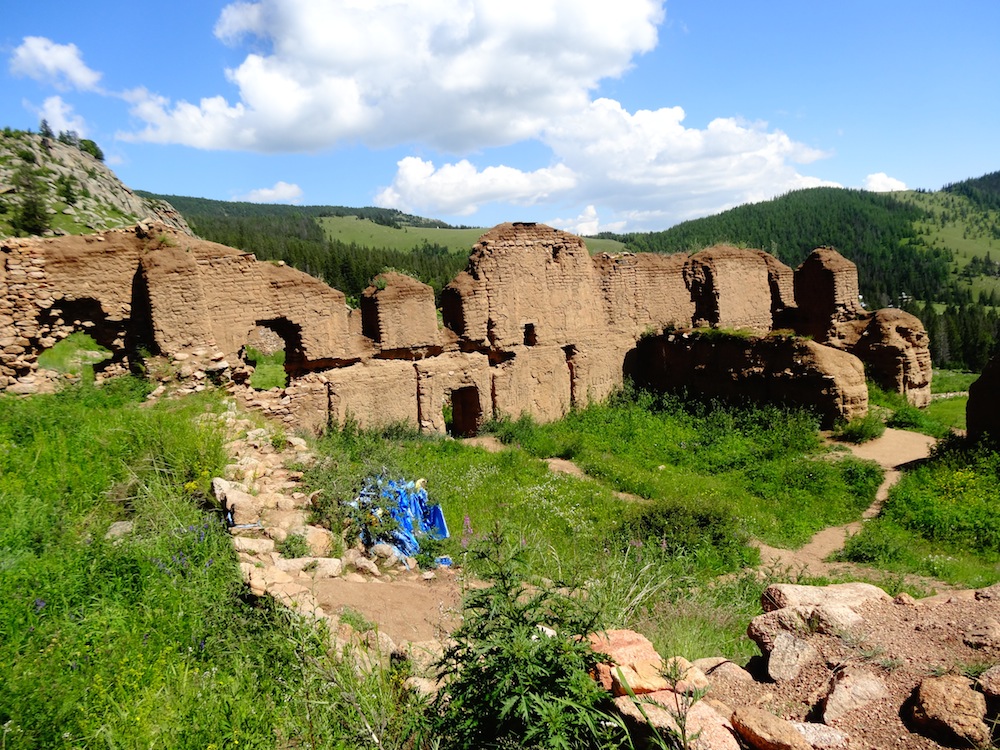 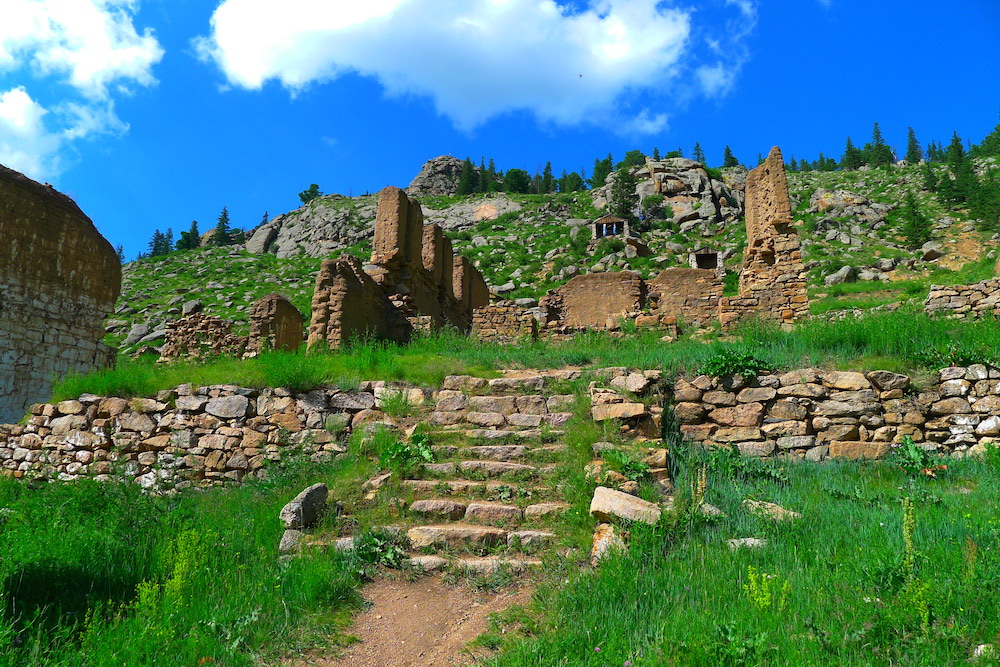 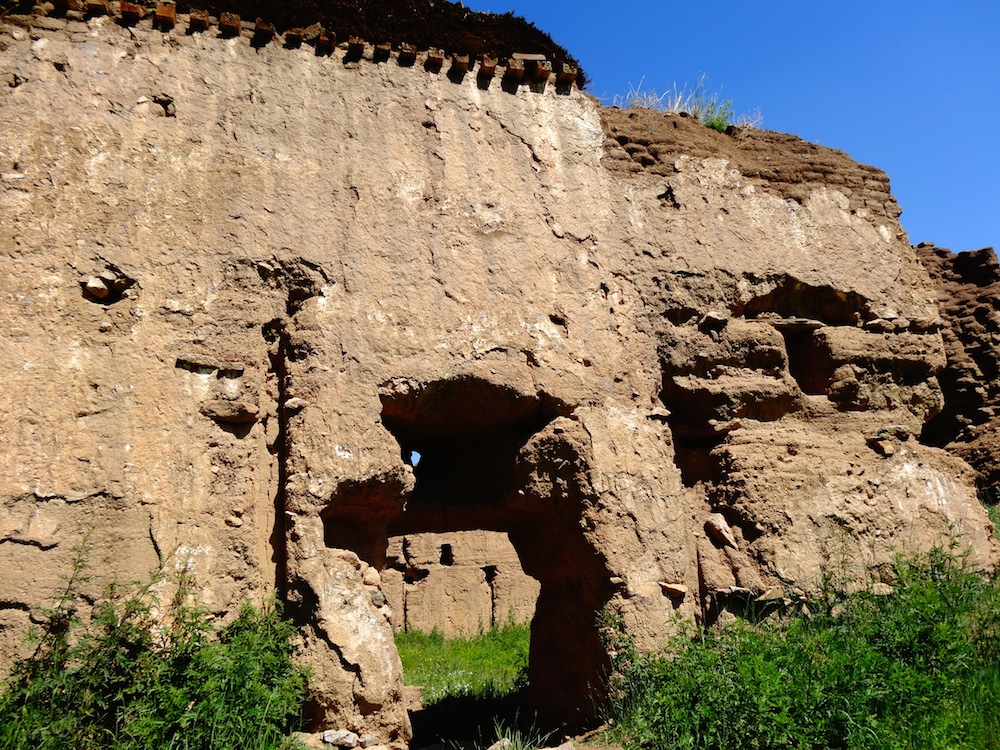 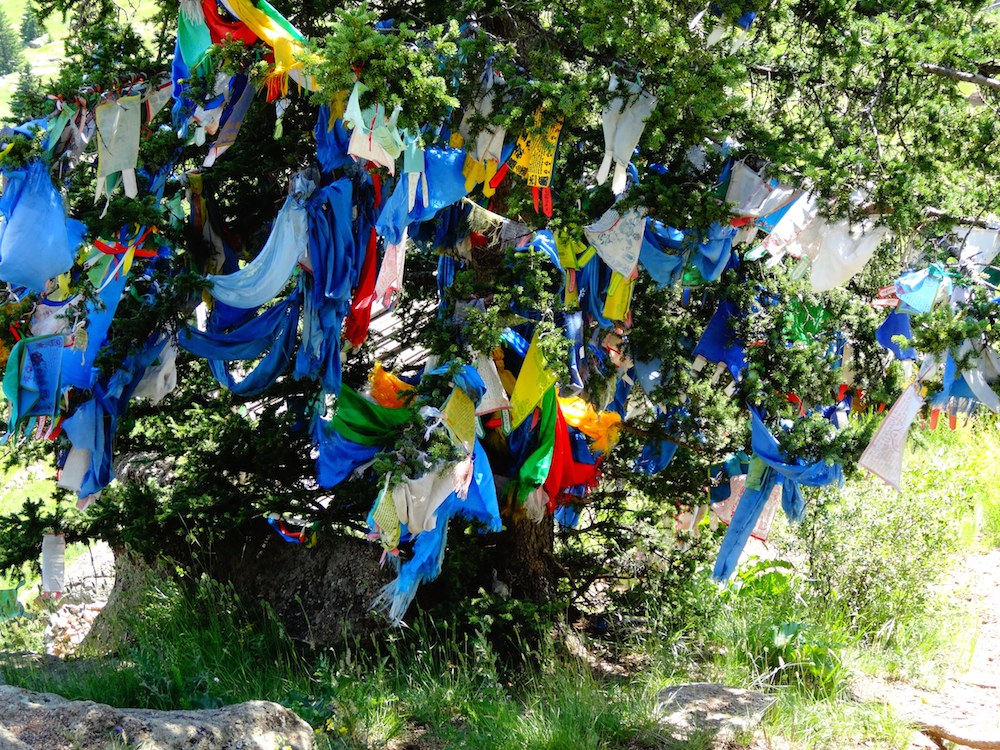 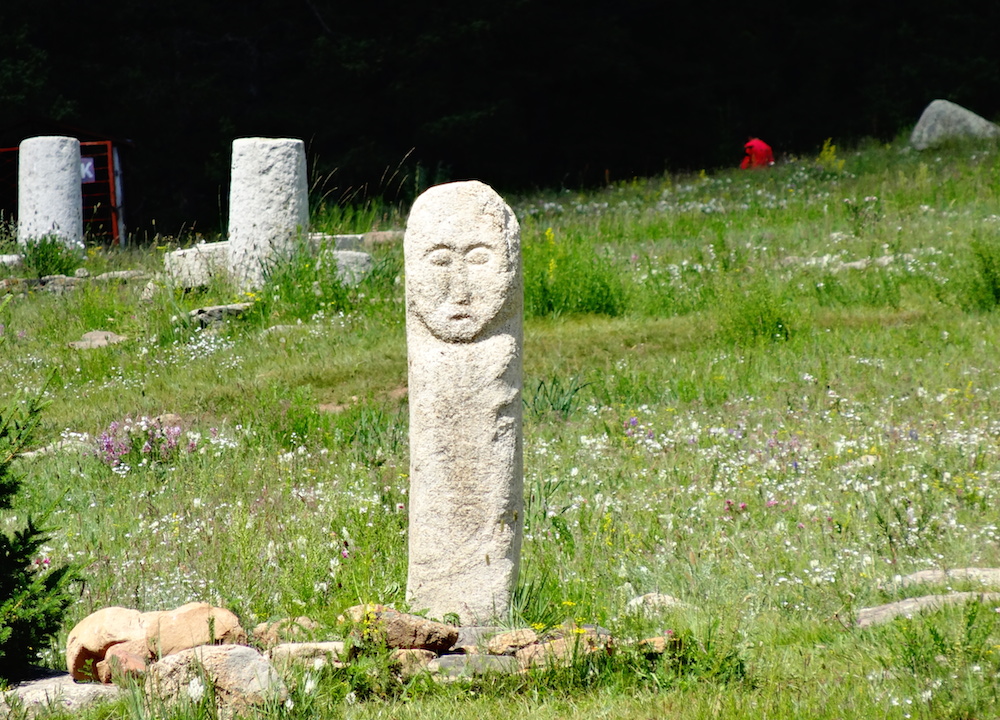 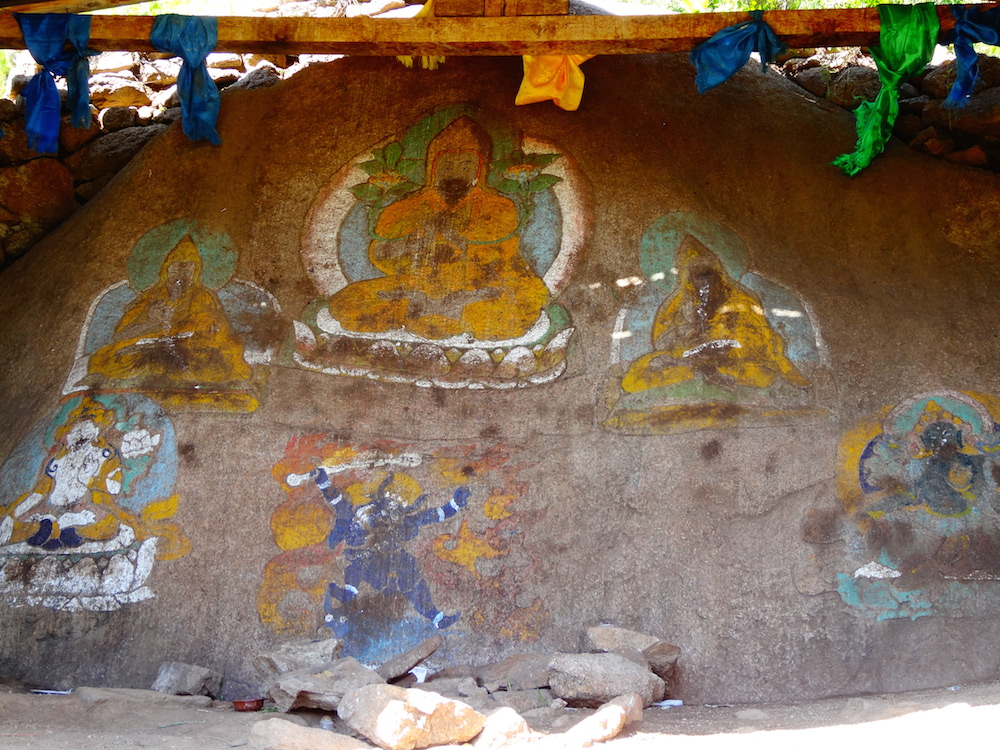 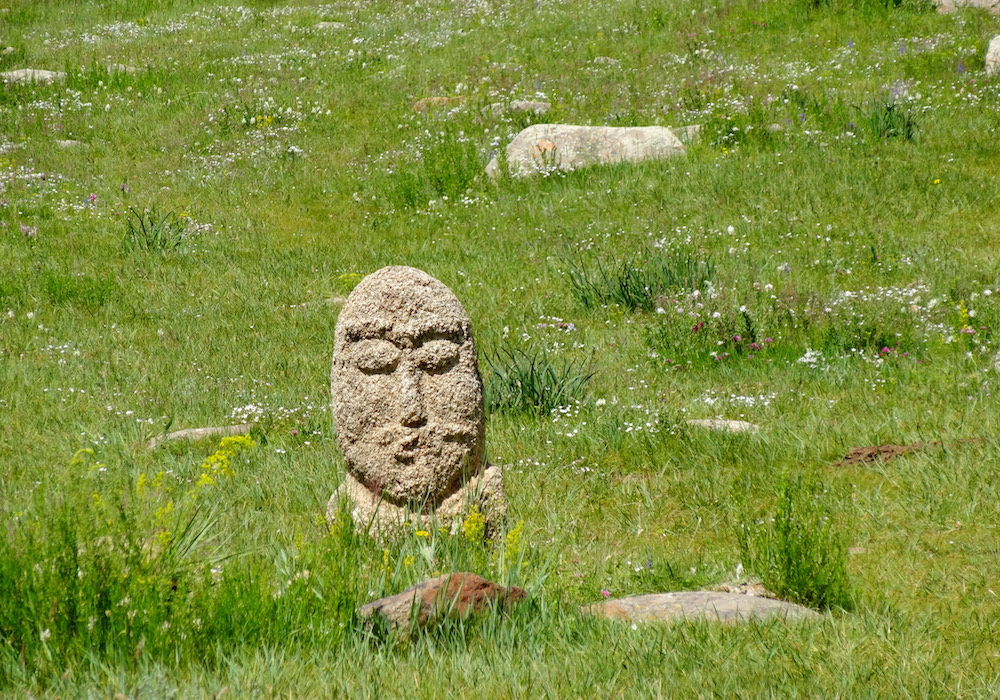 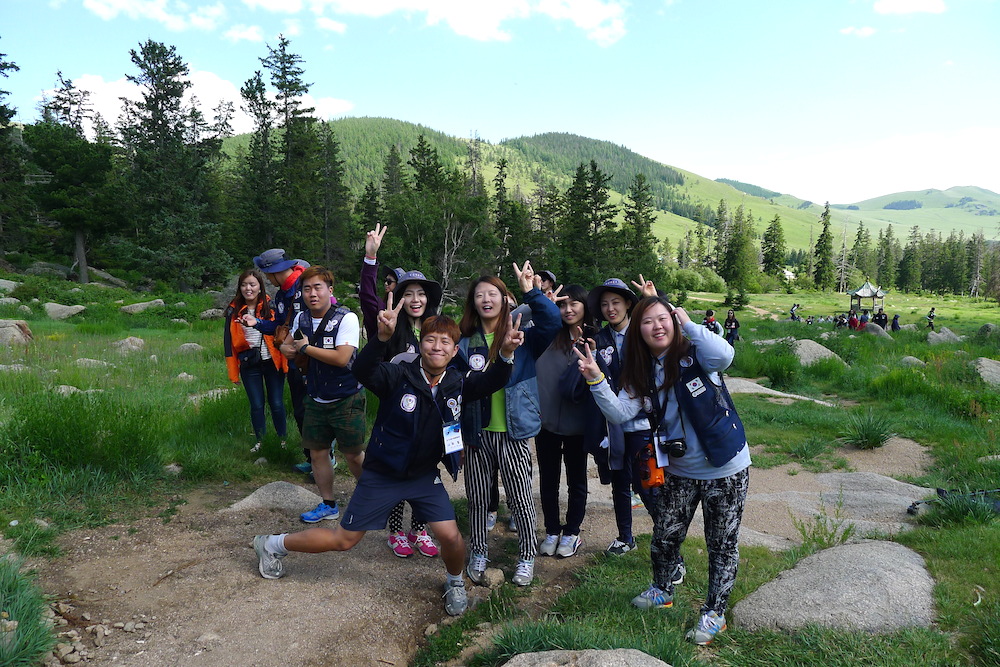 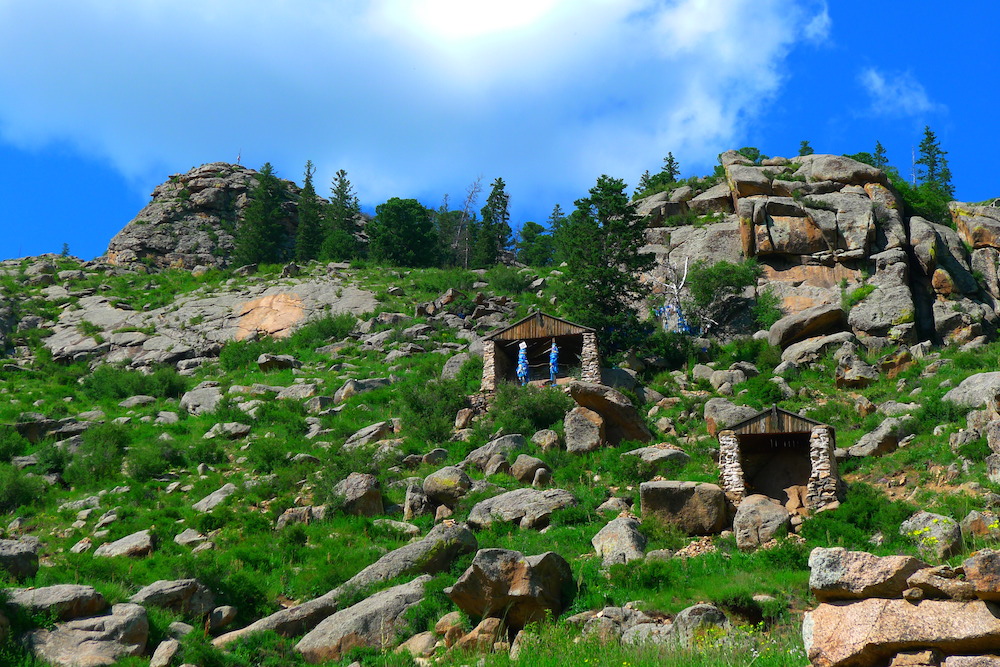 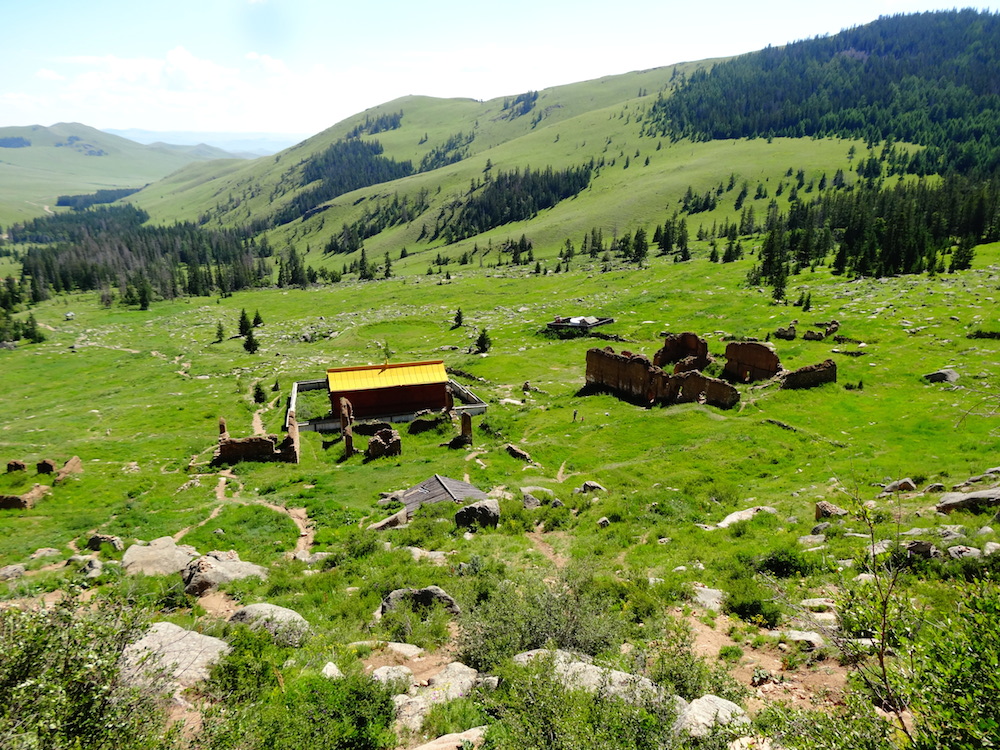 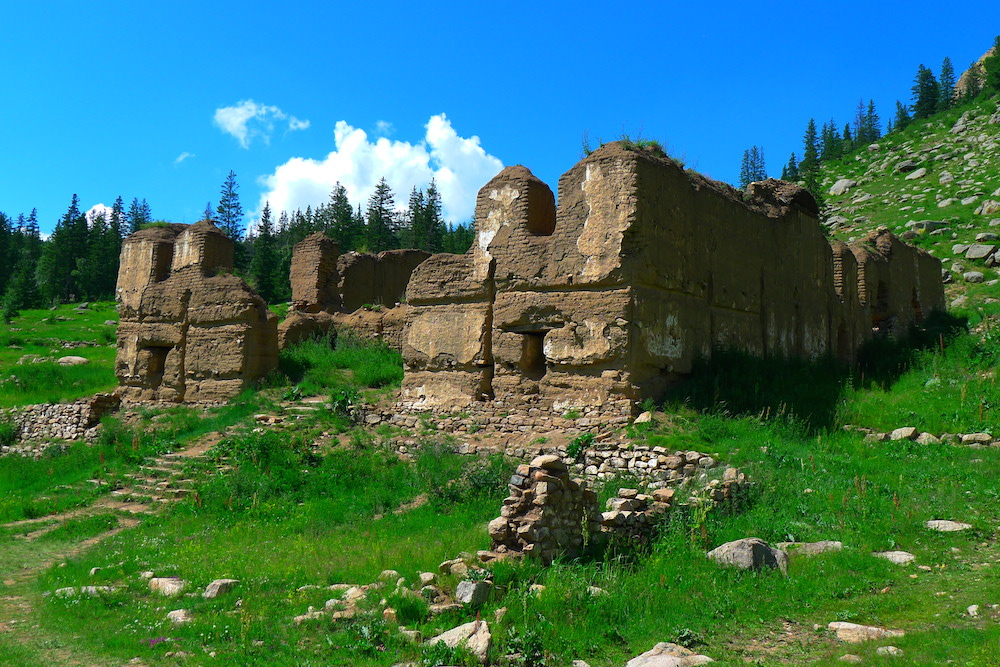 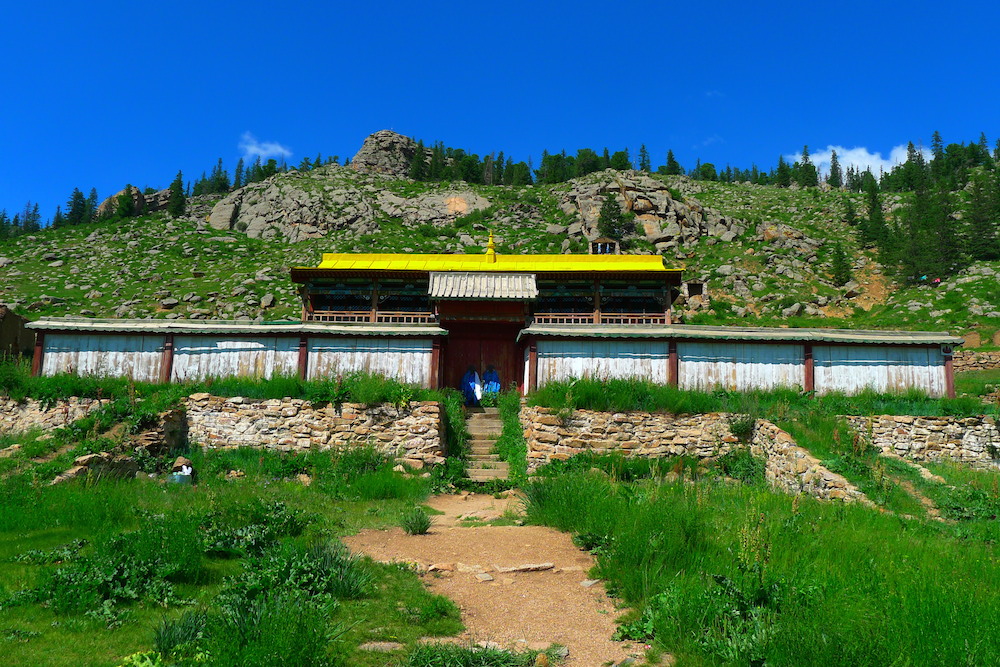 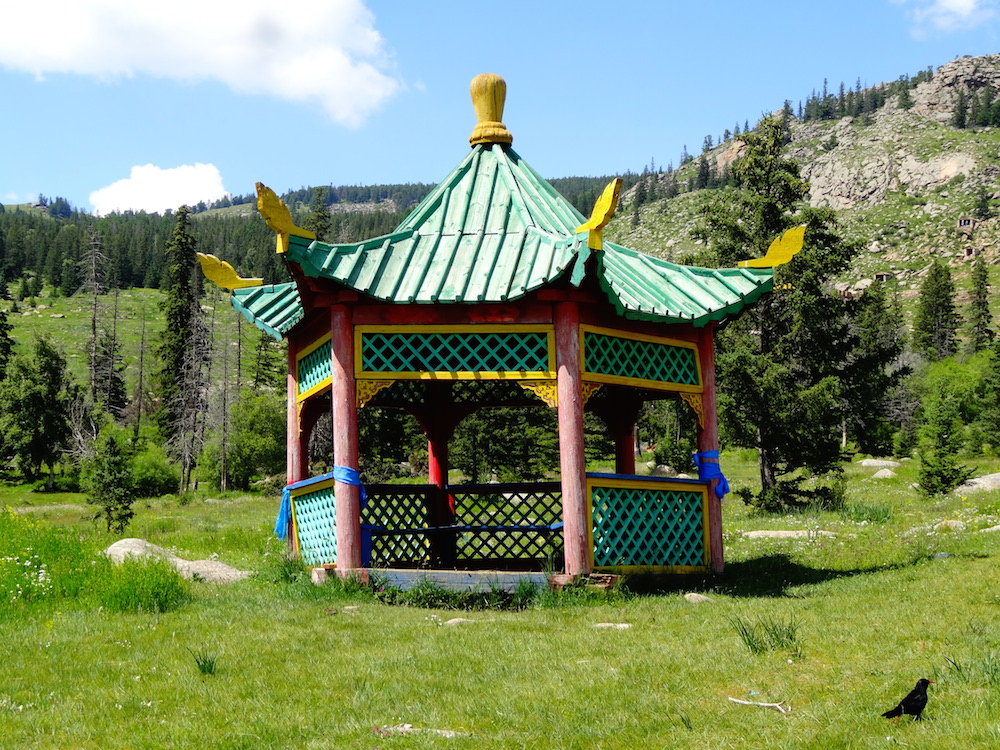 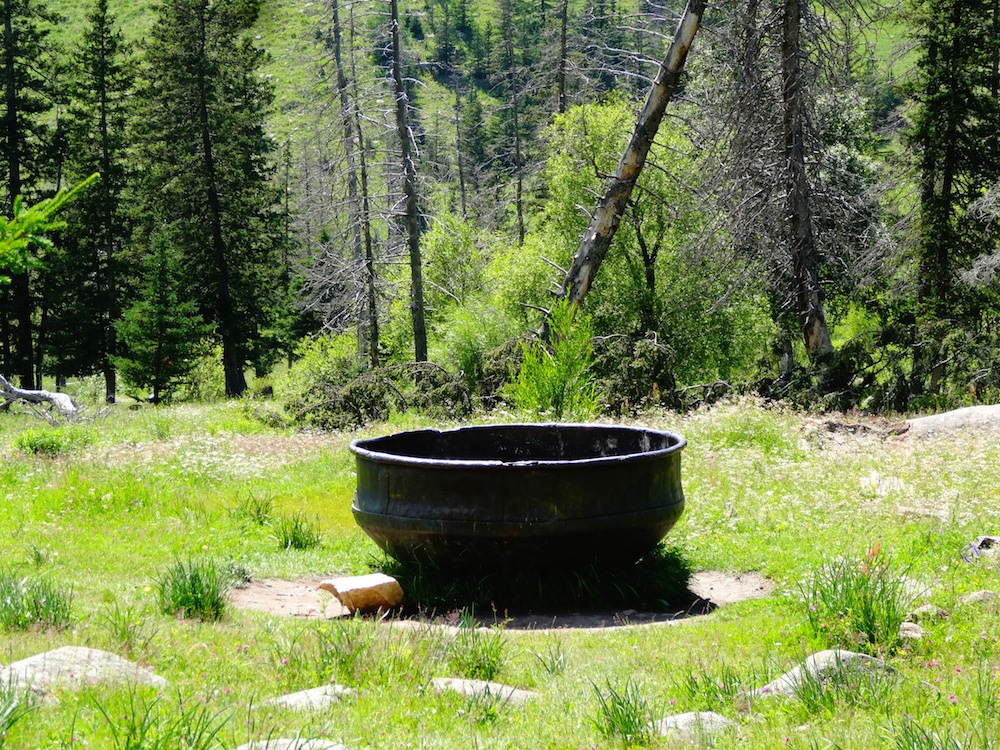 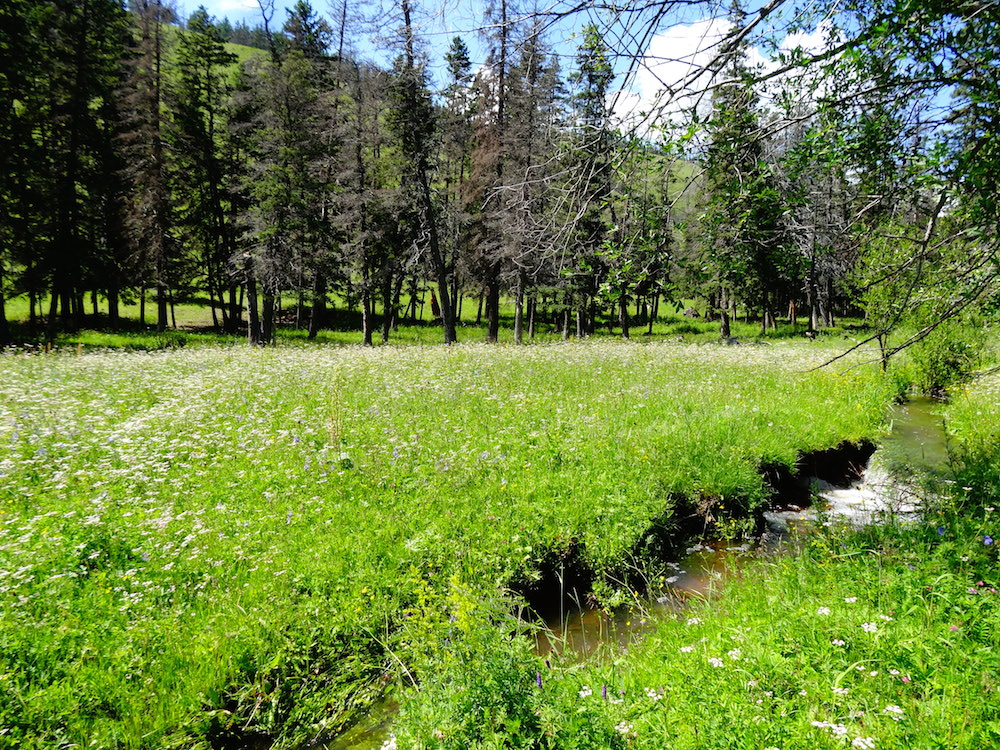 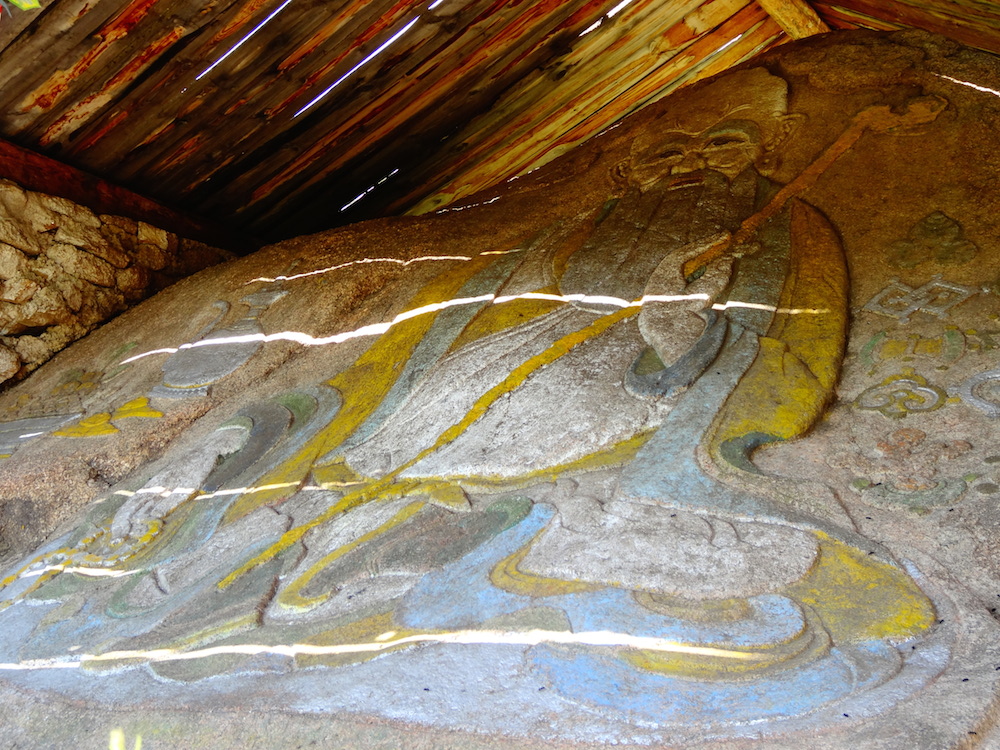 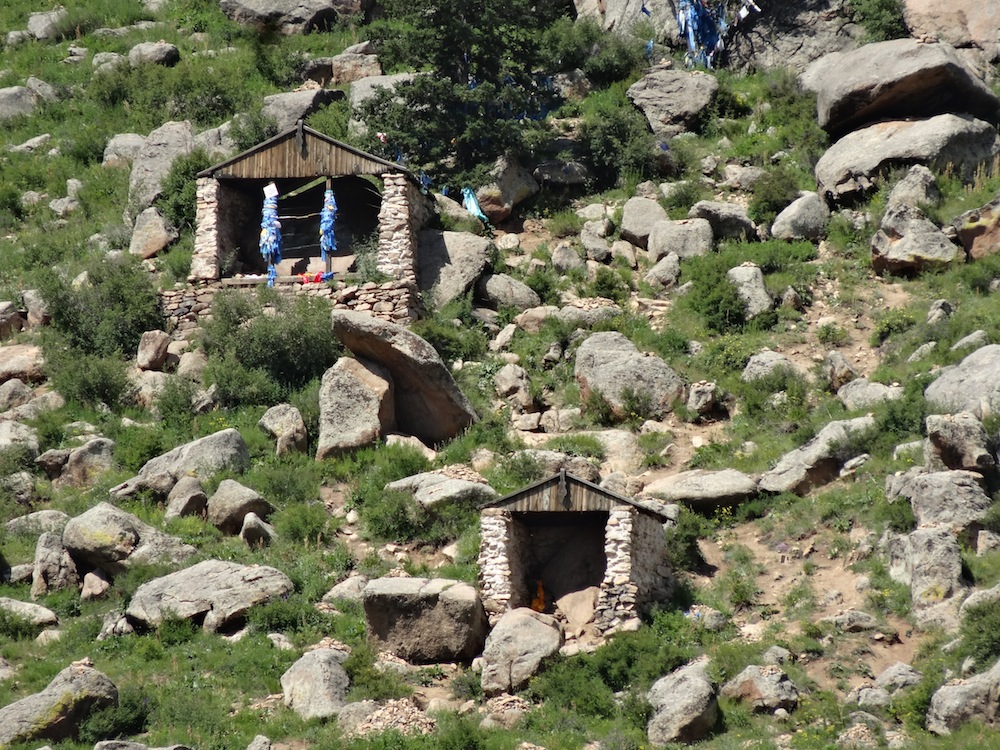 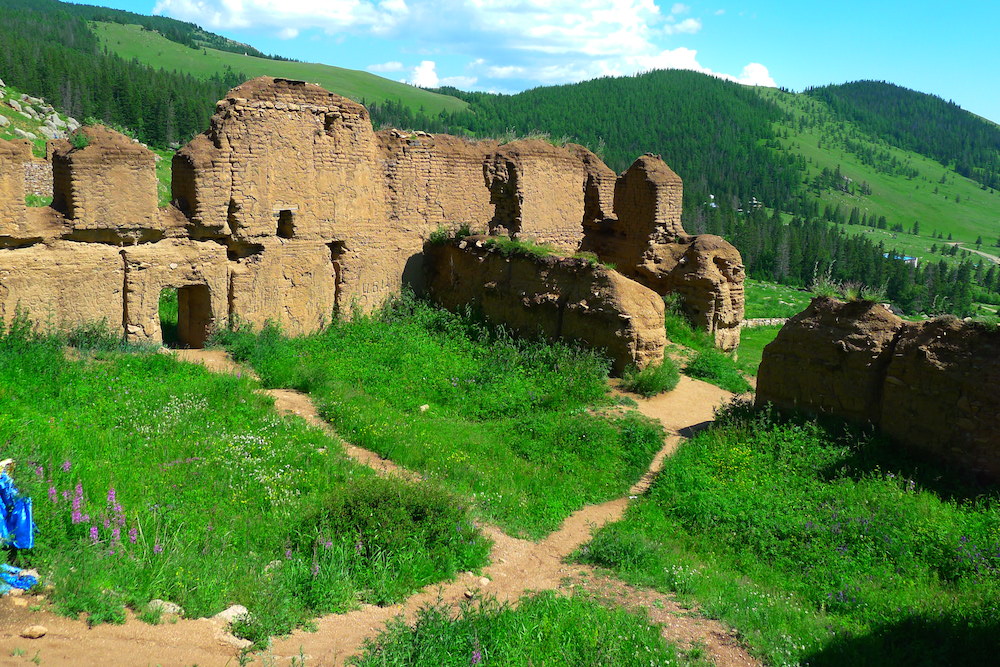 From Terelj National Park, we drove back to Ulaanbaatar.

It rained heavily on our last night in Terelj, and the electric power was down for the night and the next morning around the whole park area.

I cannot say that I felt inconvenienced.
We had dinner by candle light, and read lying in bed in our yurt by the light of our headlamps.
Because of the power outage, all the tourist ger camps around us were quiet, with no loud music and no lights to obstruct the night stars.

It was to be our last night camping in a yurt in the countryside of Mongolia.
We were returning to the comforts of a five star hotel in Ulaanbaatar, the Kempinski Hotel Khan Palace.

The shower in our hotel room in Ulaanbaatar felt heavenly.
We scrubbed and washed our clothes and hung them to dry, wrapped ourselves with clean bathrobes and luxuriated on the sofas, feeling so content.

Everything felt like a luxury, watching the news in English, large tea cups, a comfy sofa, the clean bed, the lack of bugs and flies, a closet to hang our clothes….

That afternoon we left the comfort of our room to visit a small company that makes lightweight yurts that can be packed into two large duffle bags, and erected in just half an hour when you travel in remote areas without tourist ger camps.

They were located in the ger district of Ulaanbaatar, and the heavy rain of the past few days had flooded their streets.
We eventually found them and they erected for us one of their gers, to show us how simple it was.

I was not entirely sure that we had any use for a traveling ger.

I have been fascinated with the idea of owning a Mongolian ger for years, thinking that possibly we might erect one on our property, to serve as an extra guest room….
But the traveling ger seemed too flimsy to me to be able to sustain heavy rains and winds.

I wanted a ger that has carved posts and beautiful Mongolian designs painted on the rafters, with a beautiful carved wooden door.

Tuya, our guide, told us that before we leave Mongolia, we should visit the Black Market in Ulaanbaatar, to see the gers that they sell there and maybe make some contacts.

The next morning we ate a lavish breakfast at the Kampinski hotel.
We slept comfortably and were so delighted to have freshly squeezed juices, seeded bread with honey, a huge fruit salad with nuts and seeds, and great green teas.

Our destination for the day was the ruins of Manjusri Monastery, located 43 kilometers to the south of Ulaanbaatar, on the slopes of the Bogd Khan Uul mountain.

This Buddhist monastery was established in 1733, but completely destroyed by the Mongolian communist government in 1937.

We felt like walking, so we got out of the car some distance away, and hiked along the river towards the monastery.
It was a beautiful hike through a forest of firs and birch along the winding river.

Rural Buddhist monasteries around the world are often built in places of exquisite beauty.
Monasteries have been built on remote mountain tops, in the midst of restful forests, overlooking vast valleys, or perched high on cliffs, hanging like gems from the rocks.

This monastery was no different, as it was built in a beautifully lush area.
Two rivers ran from the mountains on both of its sides, ensuring that the land was always green and fertile.

The construction of the temple was made from wood with Adobe walls, but there was very little that remained of this once glorious spiritual center, with its many beautiful buildings, now all in ruin.

We passed by an old large copper caldron which was once used to feed one thousand monks at a time.

In the rocky mountains above the temple, we climbed to some old meditation caves and saw the rock carvings and paintings in each of the caves.

Some of the trees were wrapped with many blue silk scarves by pilgrims who hiked to this place seeking blessings.

Tuya, who had started meditating with us, asked if we could all meditate on top of the mountain.
Nobody else was around to disturb us, so each of us found a quiet spot, and we sat in meditation.

I was trying to conjure up the spirit of this place when it was still a lively Buddhist temple.
I tried to imagine the crimson clad monks attending to the vegetable garden in the summer, sitting in meditation, reading and chanting, eating hot stew…laughing and learning…

It was so quiet around, that I could hear the sound of the distant Steppe Eagles and the nearby flies, zooming around me.
In fact, my meditation was cut short by all the zooming flies, a result of the fact that farm animals are allowed to graze anywhere and to roam free around Mongolia.

But it was time to walk down anyway.
From a distance, I could see a large group of young Korean tourists approaching, who had come to picnic and to visit the ruins of the monastery.

Back in Ulaanbaatar we visited a bookstore, and I bought a book of Mongolian patterns and symbols, to use in my future art projects.

We also attended a traditional Mongolian music and dance performance which took place in a small and intimate theater full of tourists.

I was happy to be back at our hotel, where we relaxed and then ate a good dinner.
The city’s pollution and dust was too much for my eyes, especially after a long time spent in the clean air of the rural countryside.

Watching the news that night, we saw that southern Japan was being hammered by a strong “super-typhoon.”
Since we were flying to Japan right after Mongolia, to spend two more weeks in Kyoto, we watched the news attentively.
There were talks about closing airports and the possibility of the storm heading north.

But we still had one more day to enjoy in Mongolia, and I was looking forwards to visiting Naraan Tuul – the Mongolian Black Market.

← The Nadaam Festival In Bayangol And Arriving At Hustai National Park, Mongolia
The Black Market In Ulaanbaatar, The Story Of The Horse Fiddle, And Saying Goodbye To Mongolia →