Taiwan Walk – Day 6 – A Rest Day in Zhiben Hot Springs, Sightseeing Around Taitung, And More About Our Four Abandoned Puppies 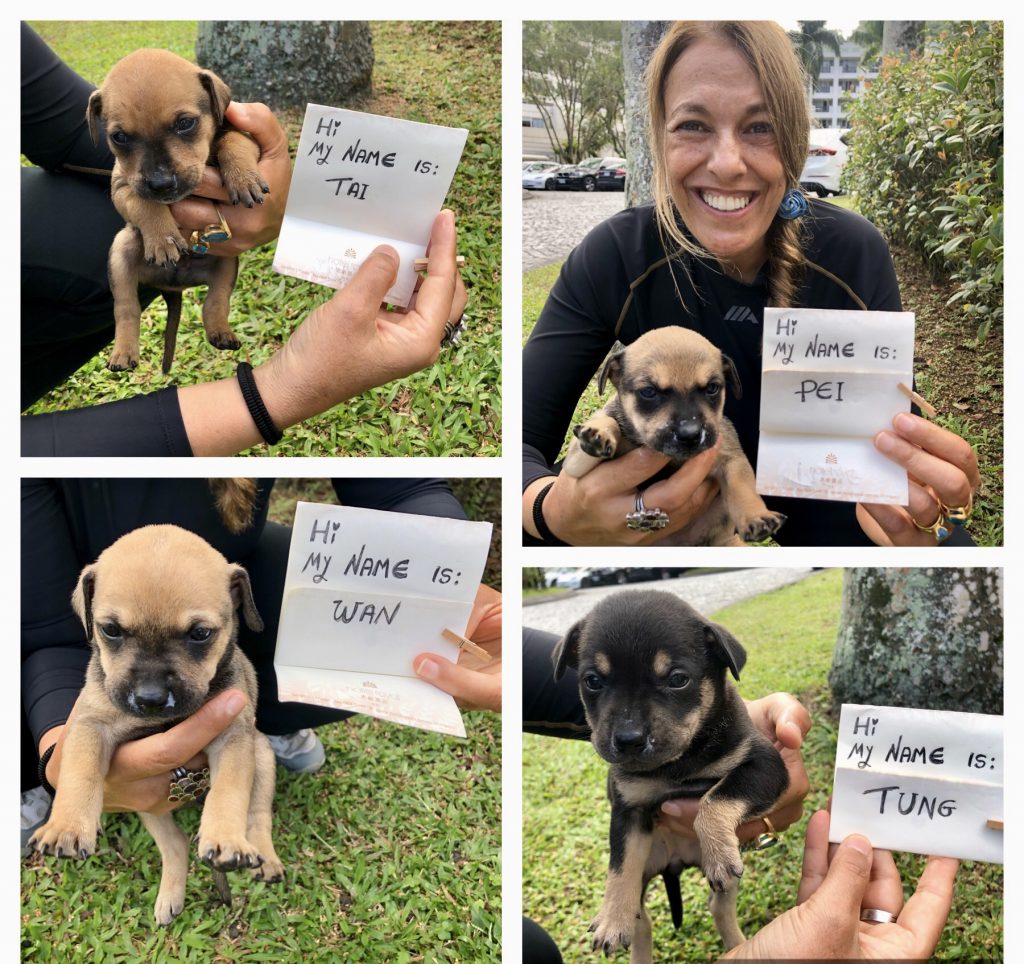 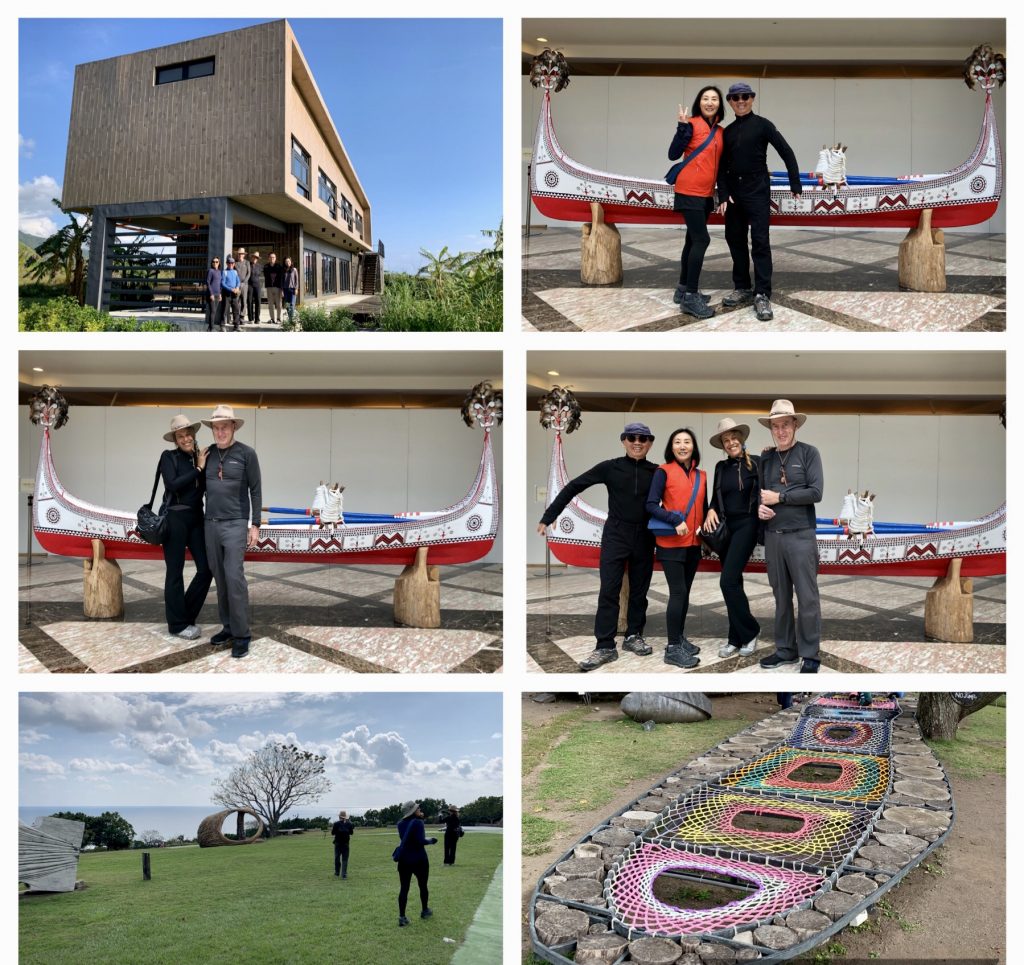 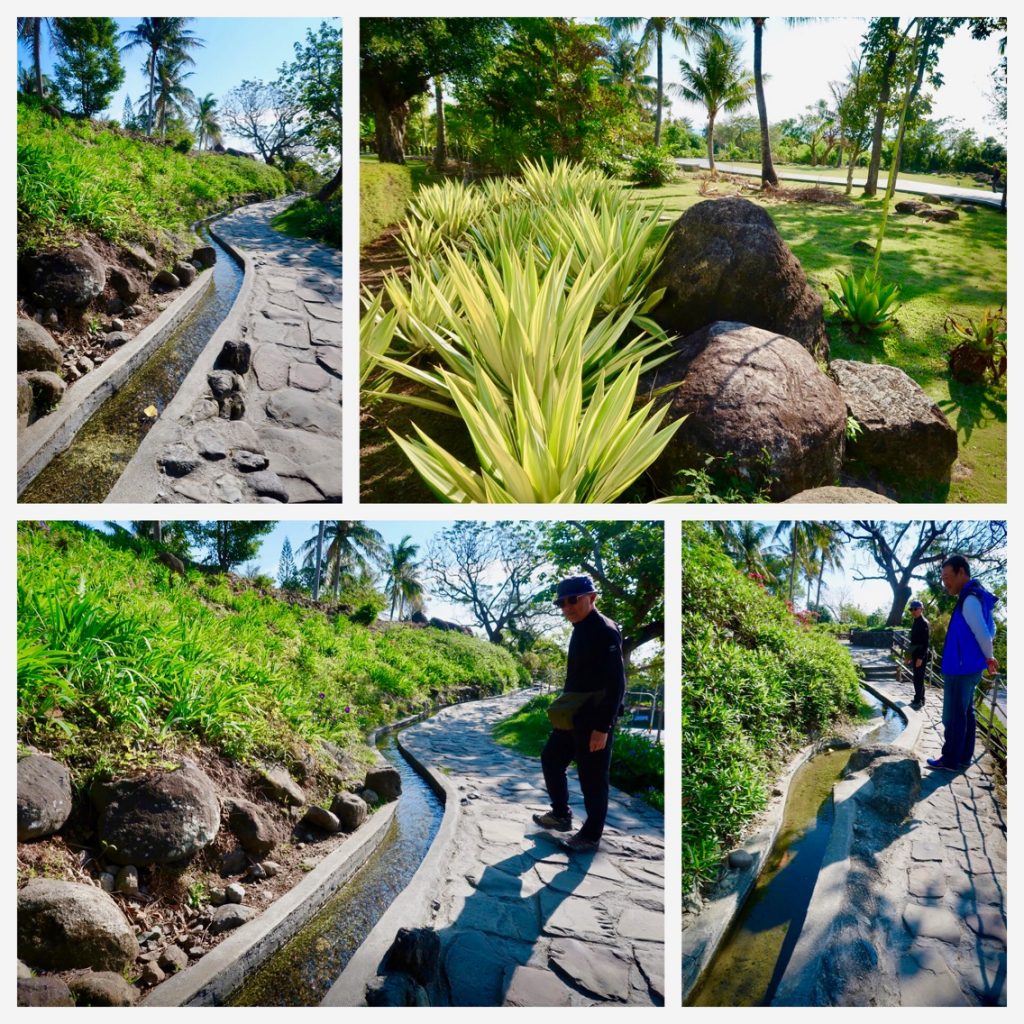 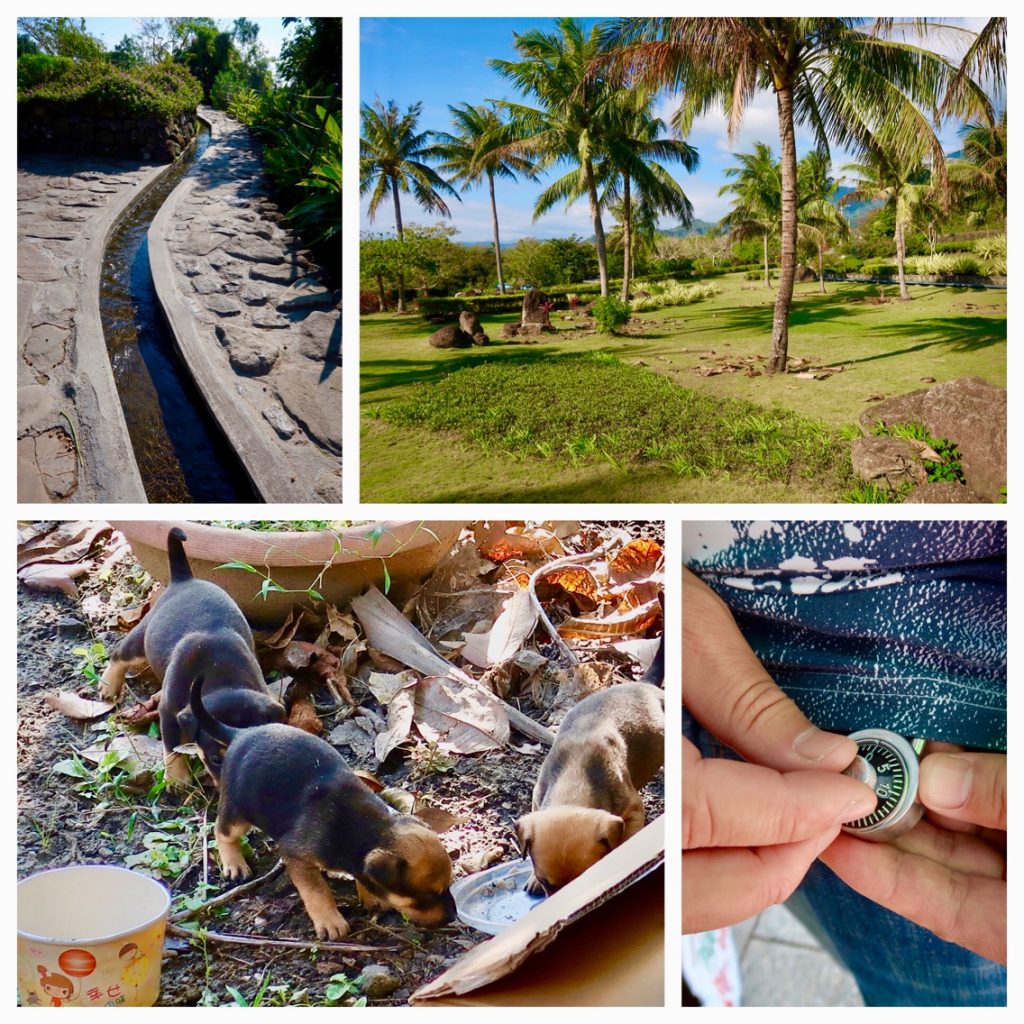 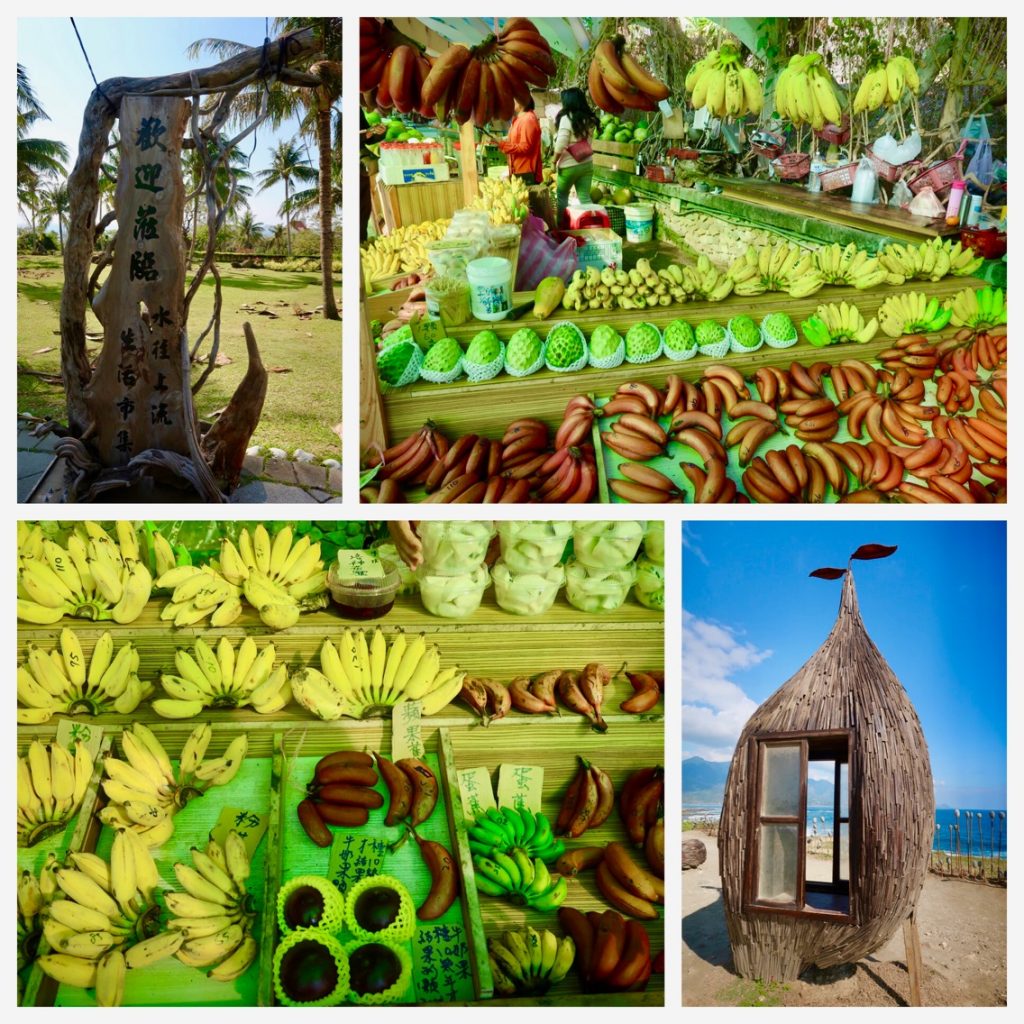 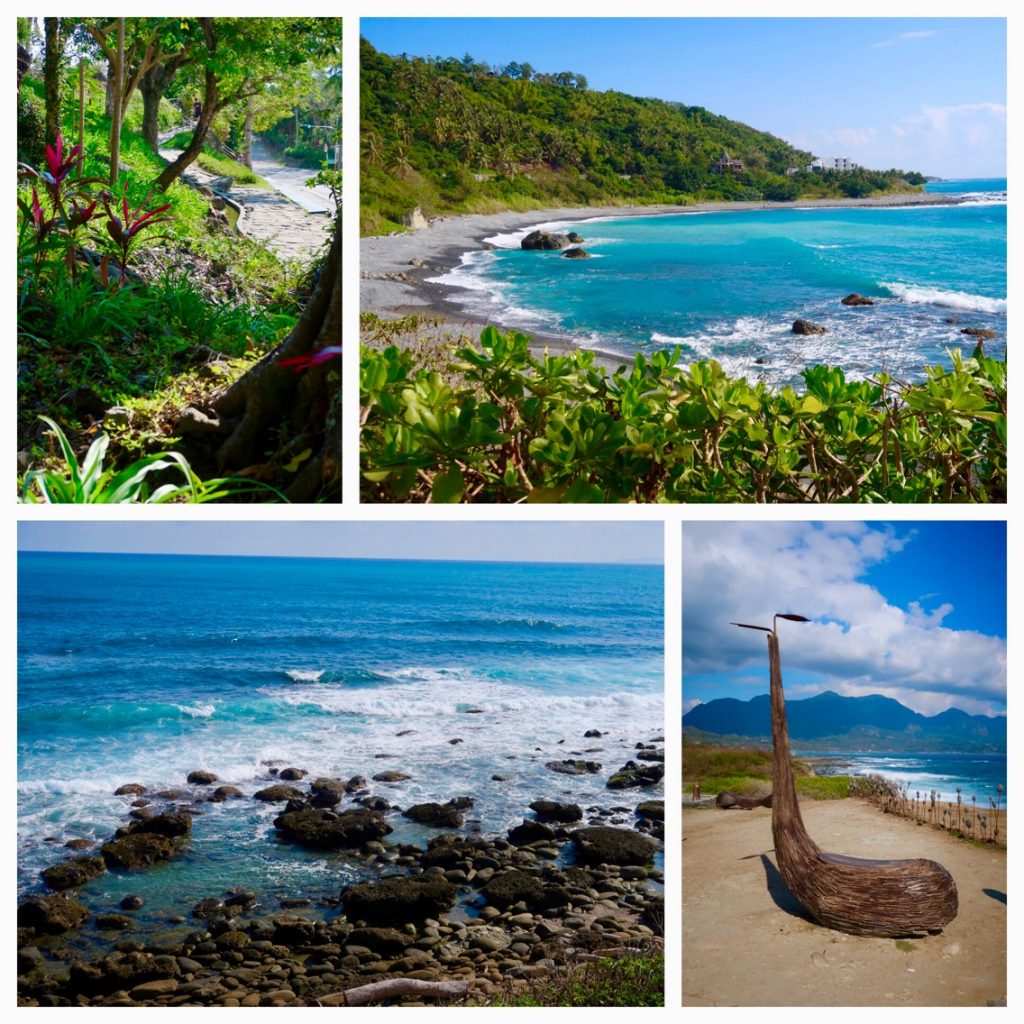 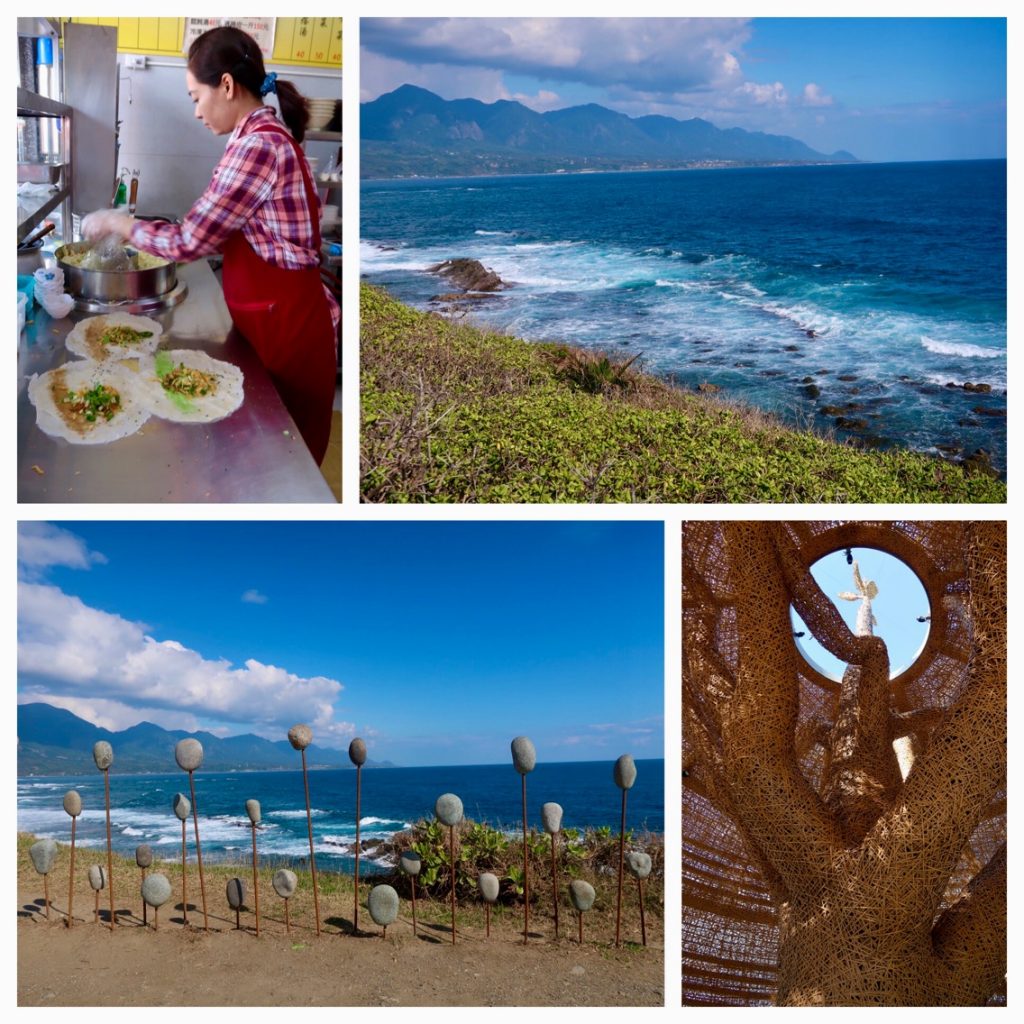 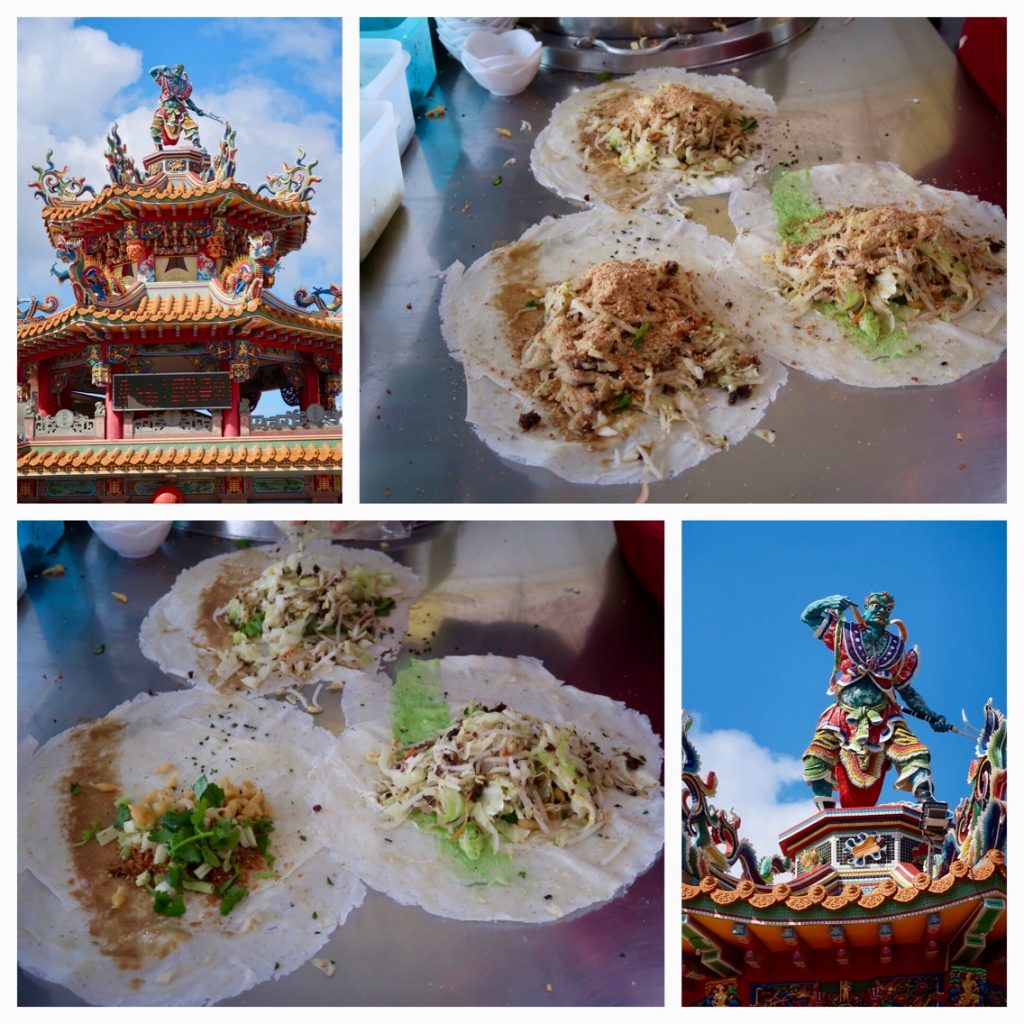 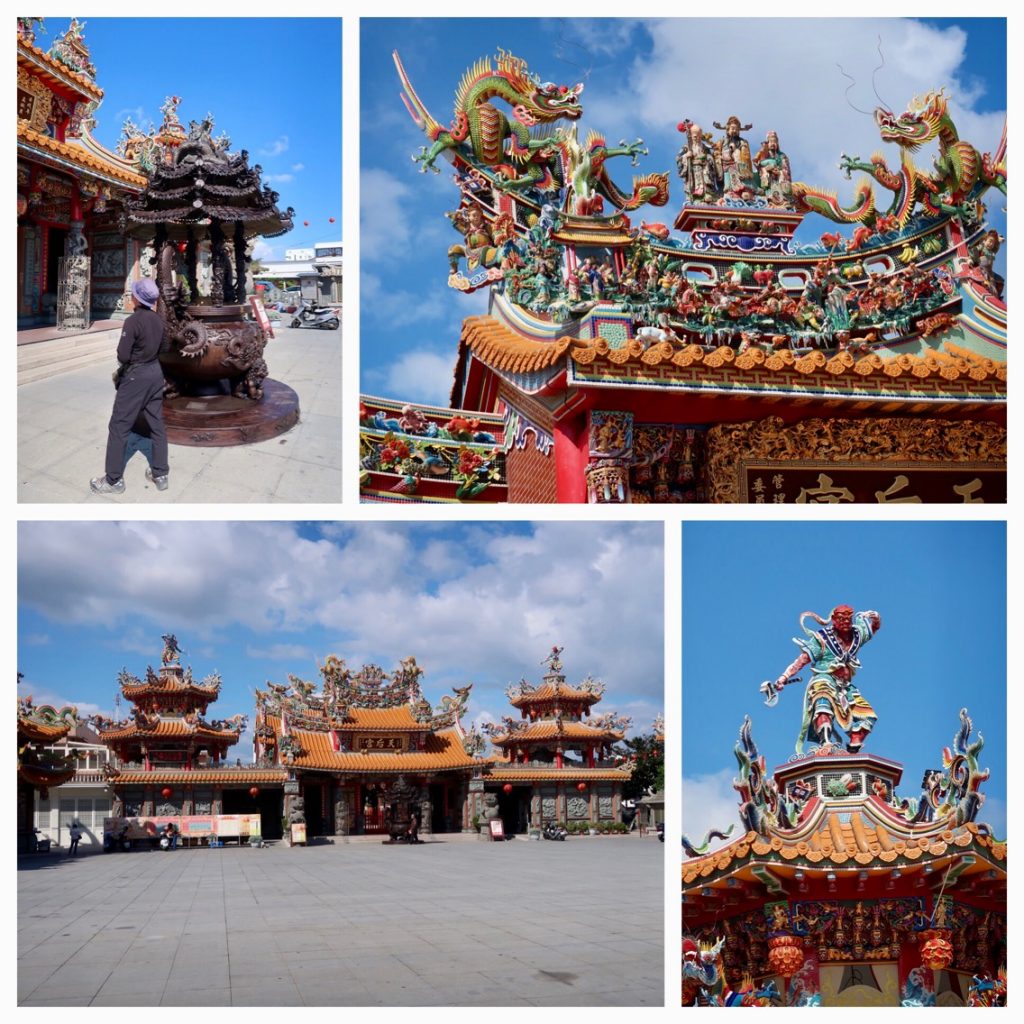 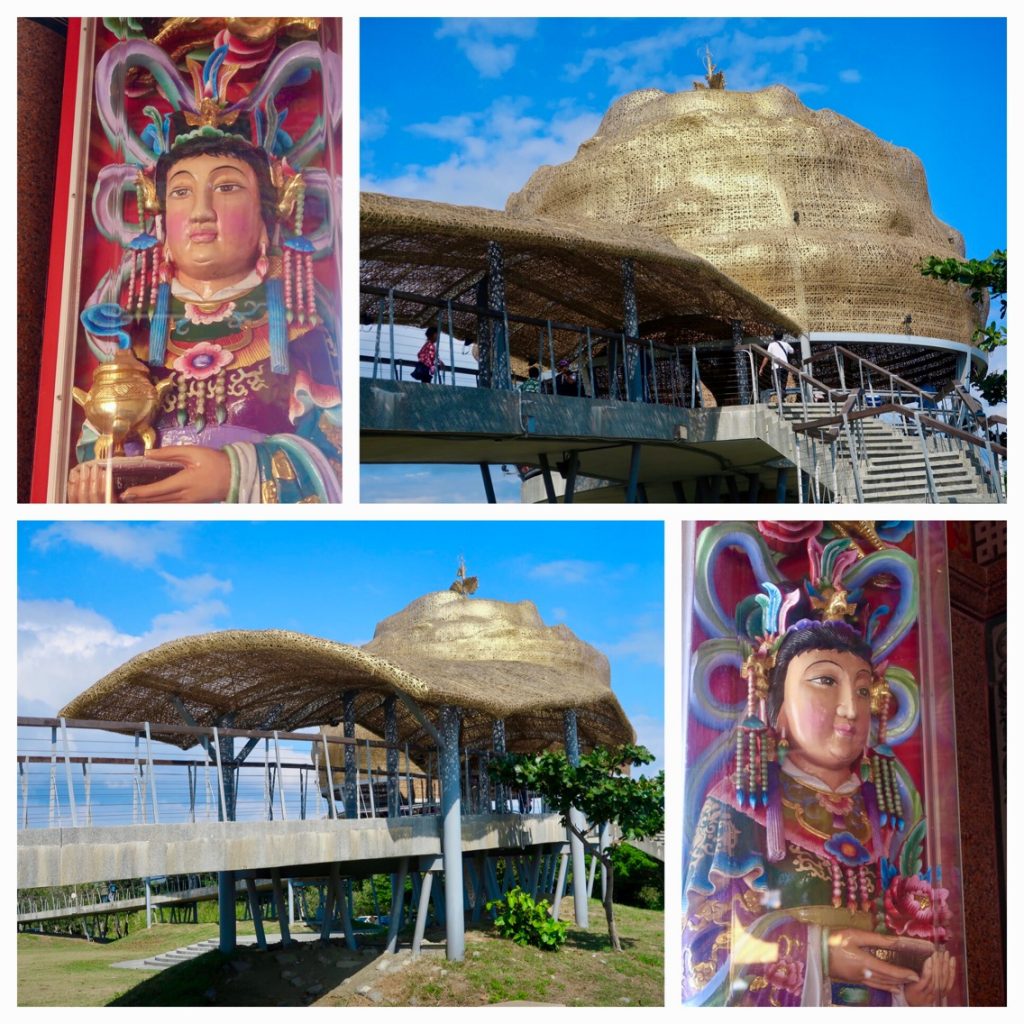 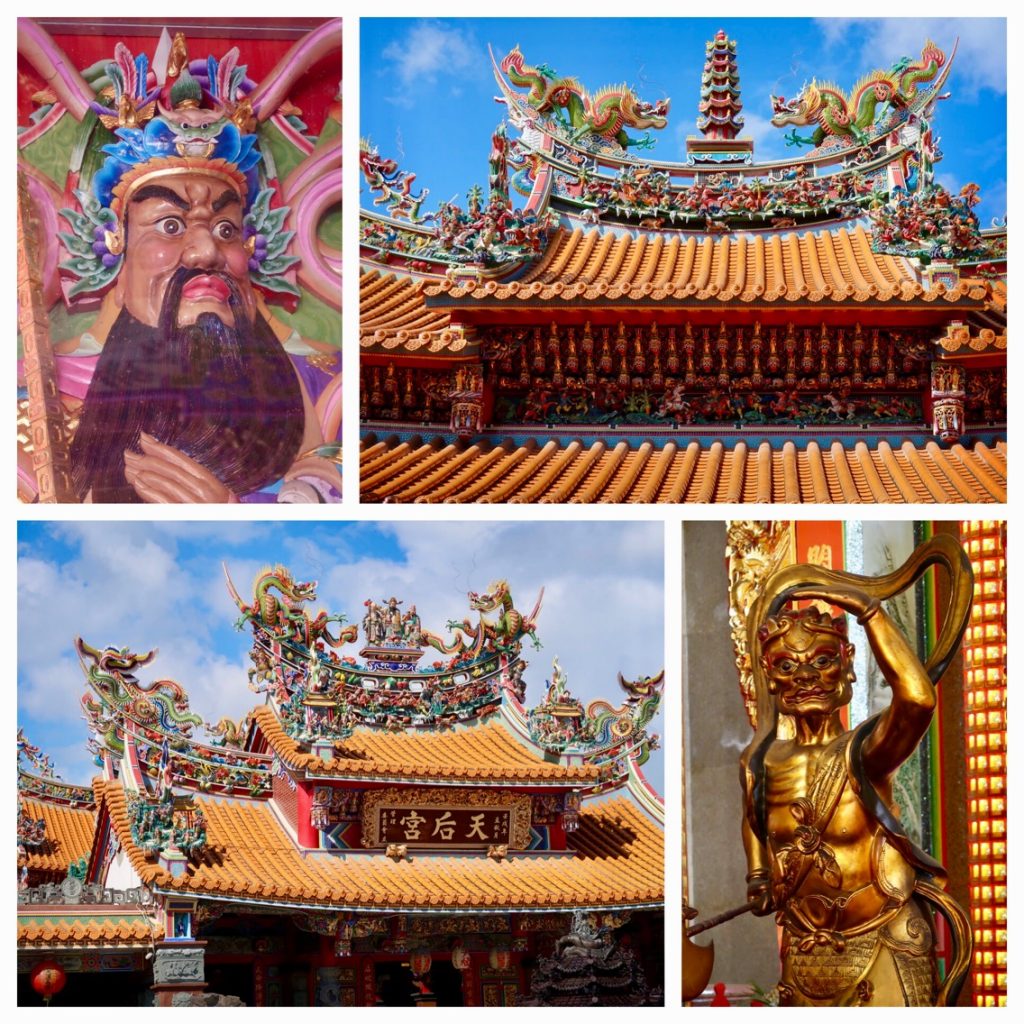 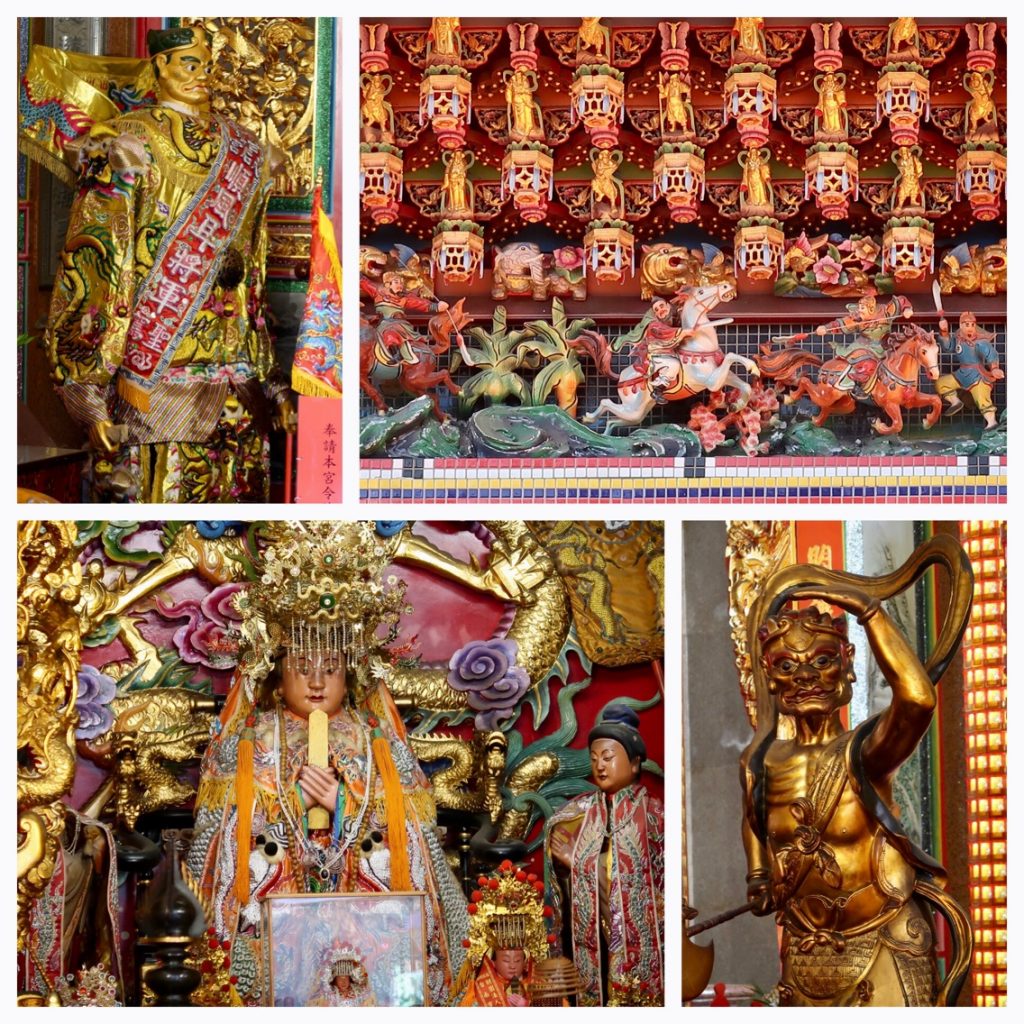 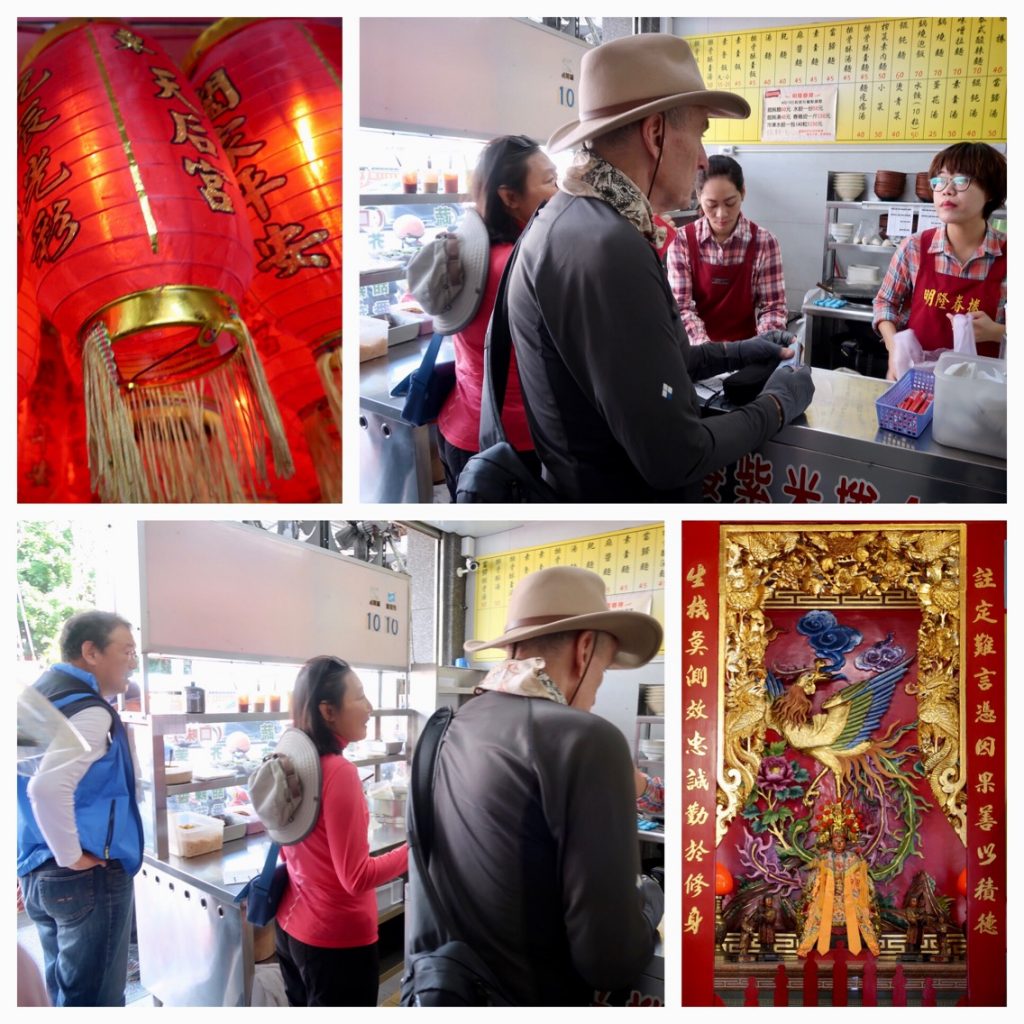 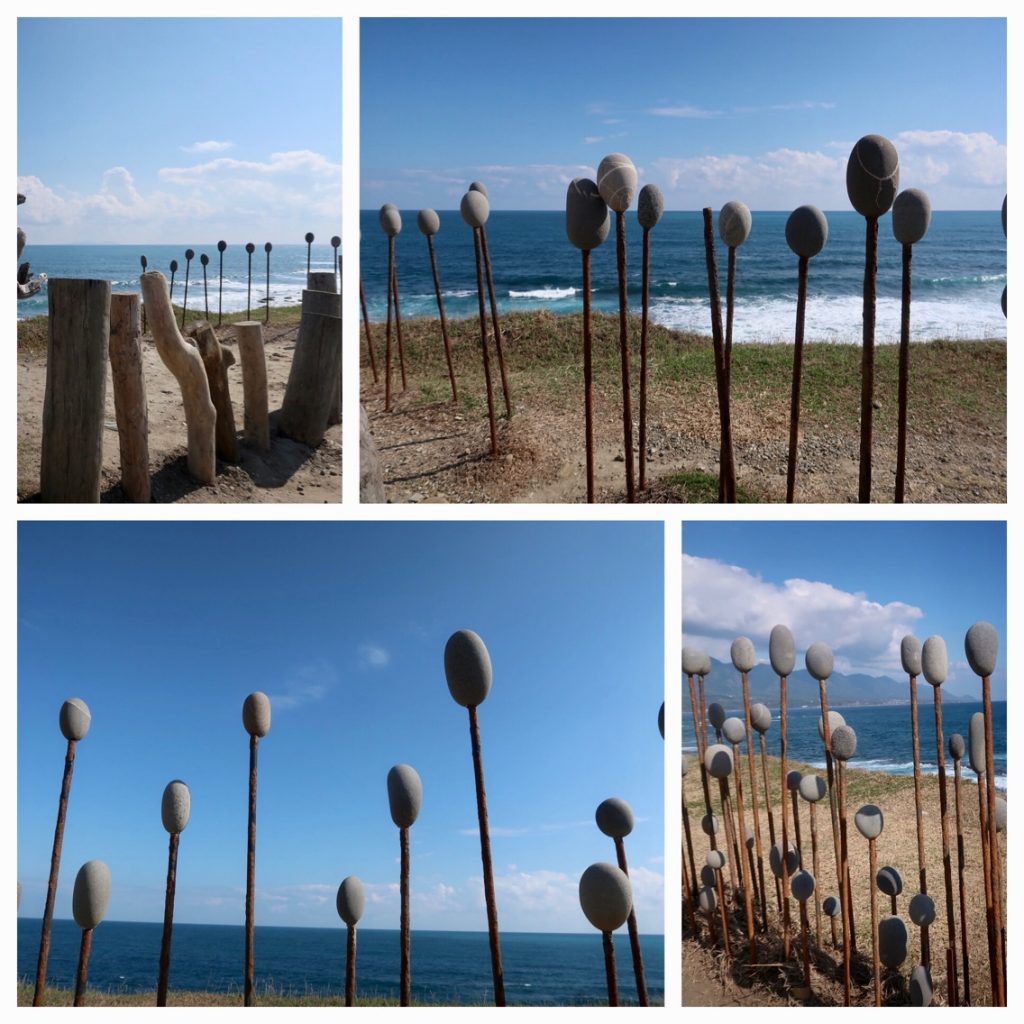 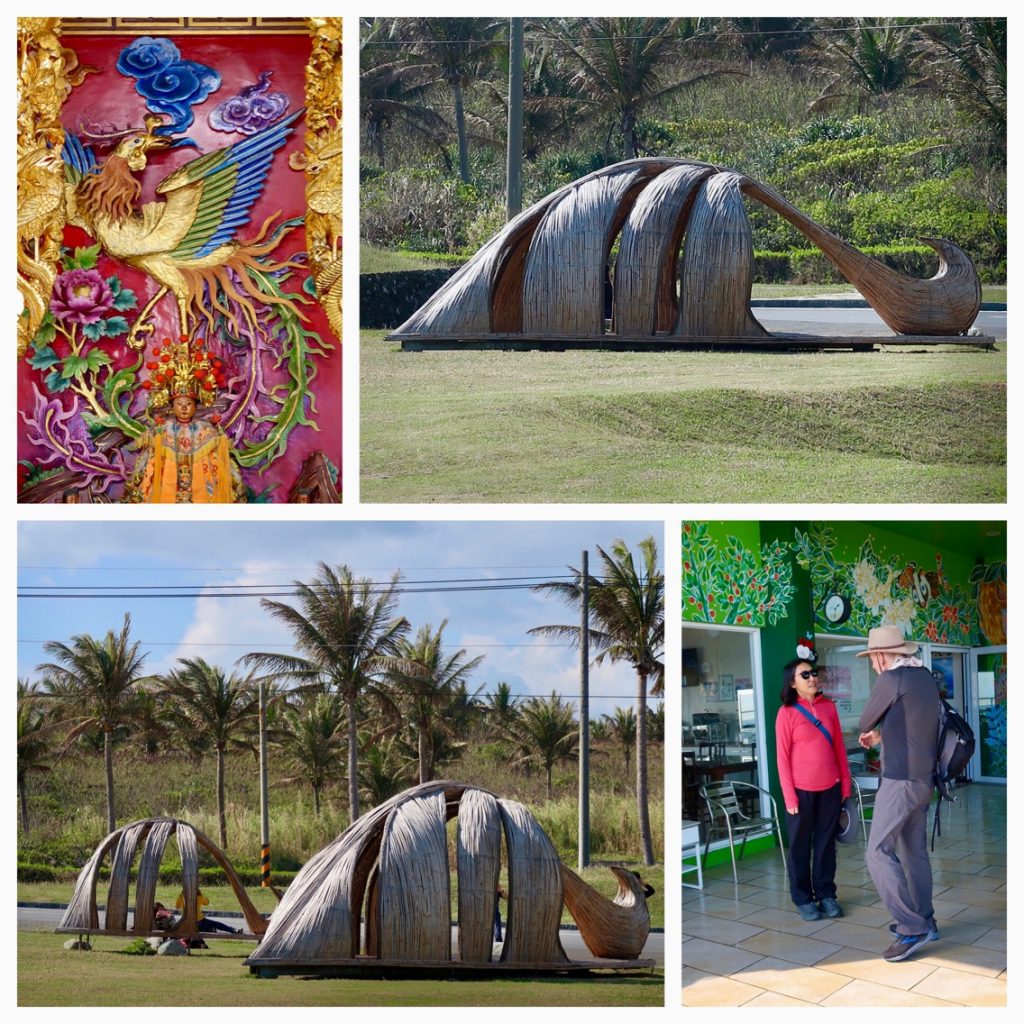 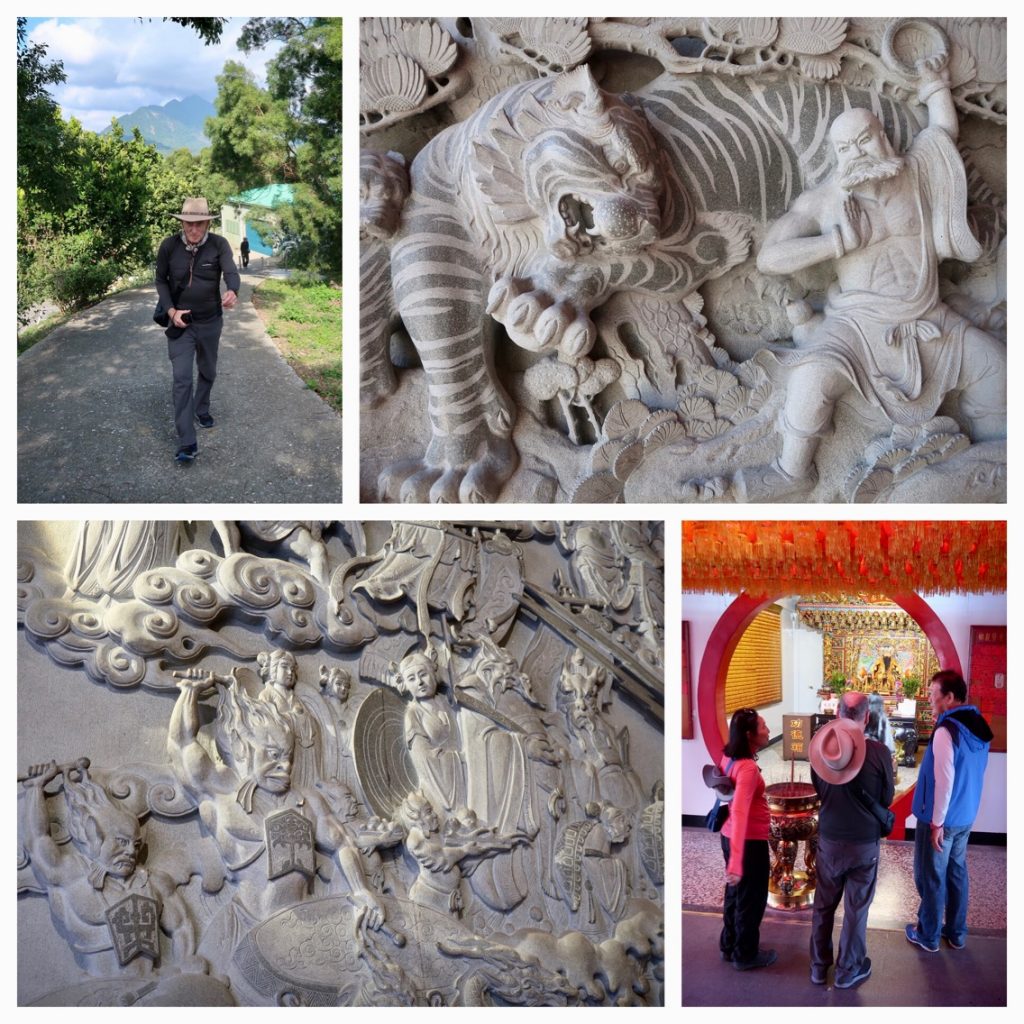 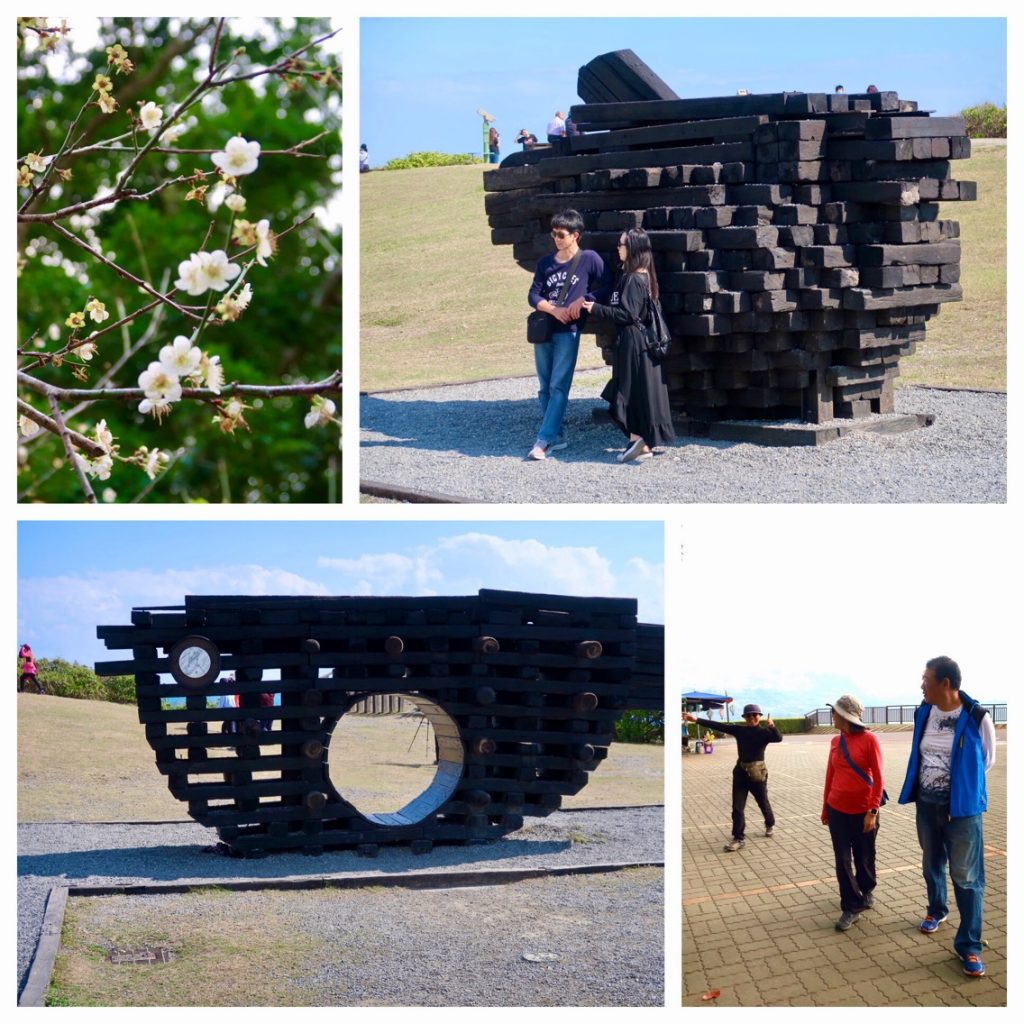 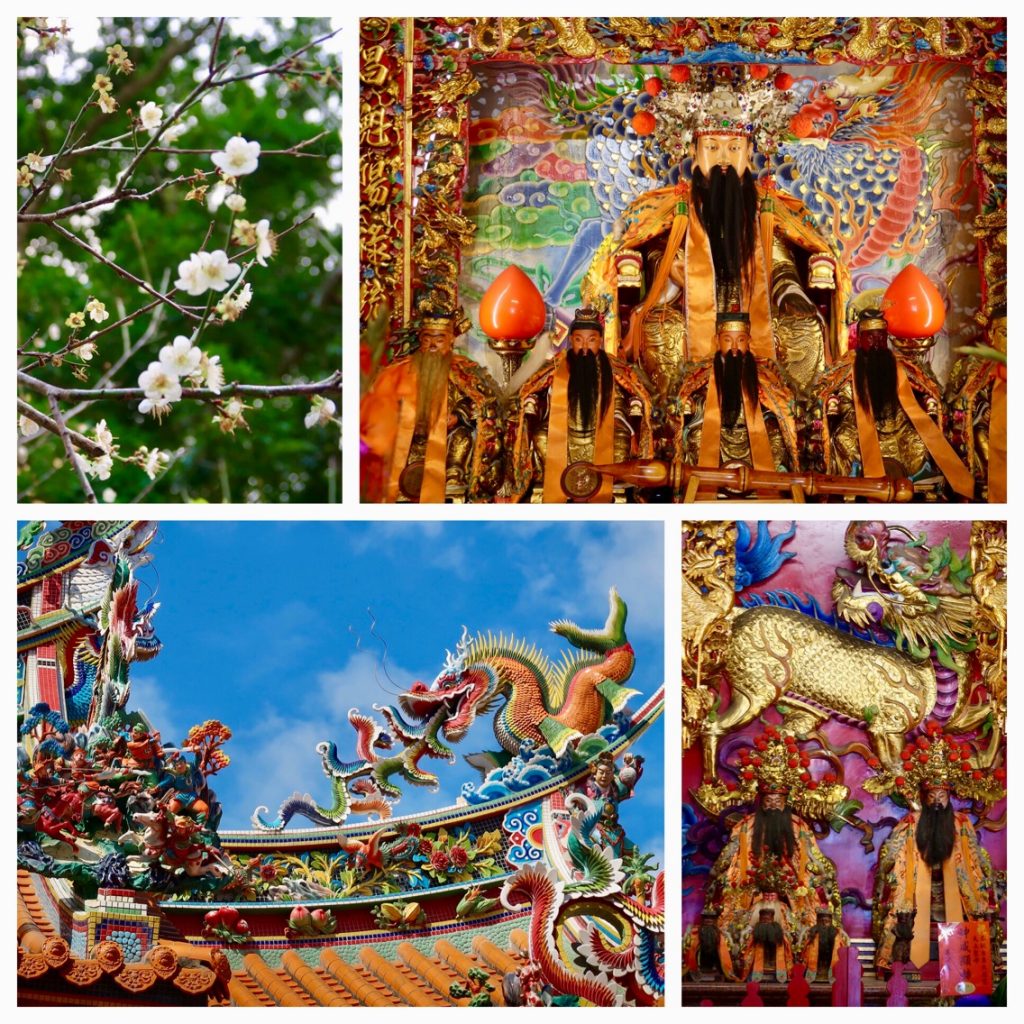 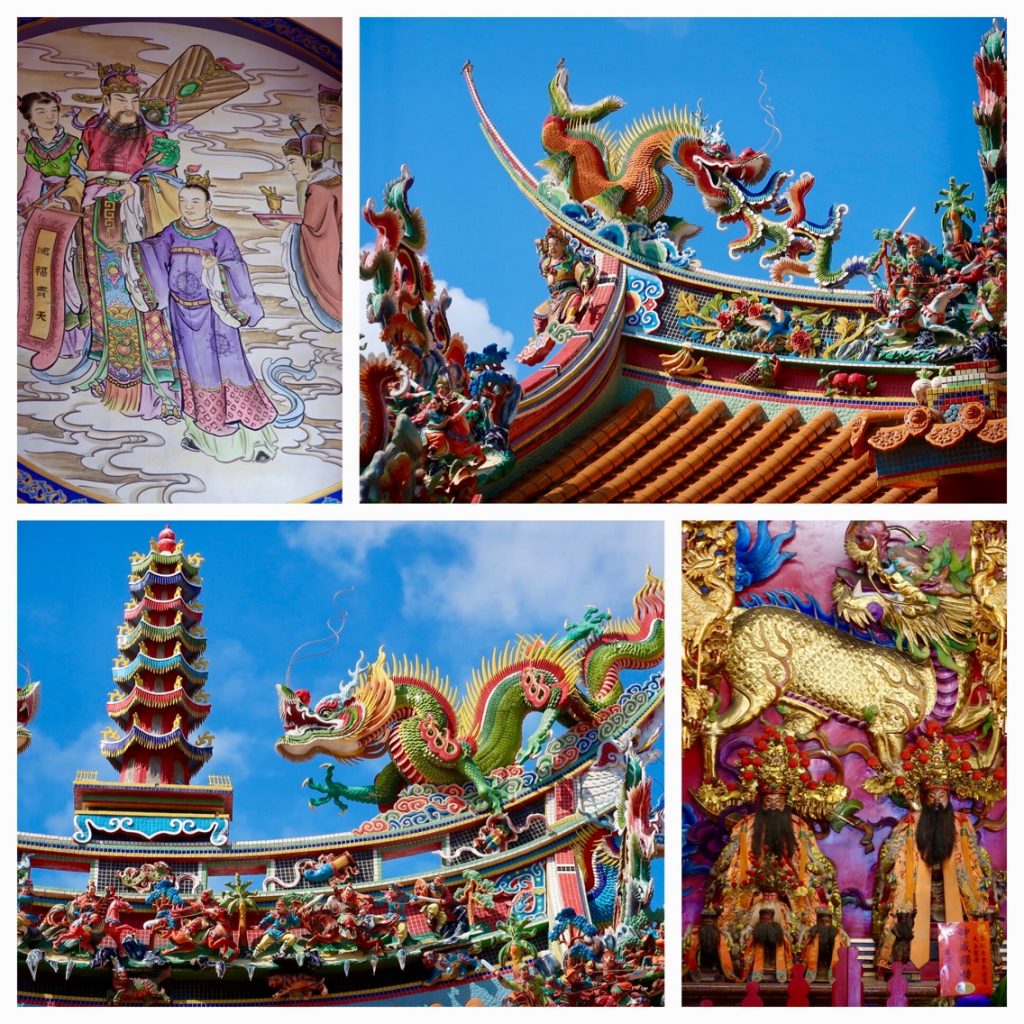 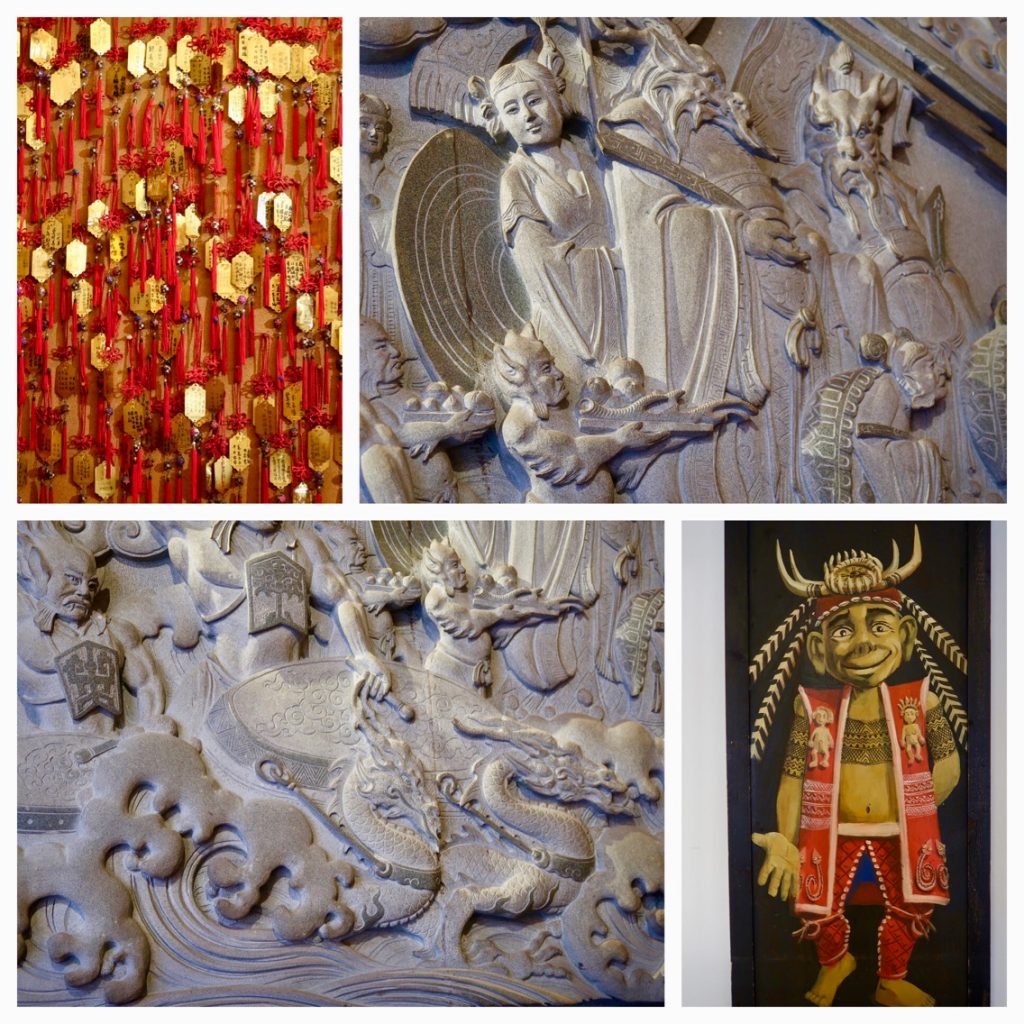 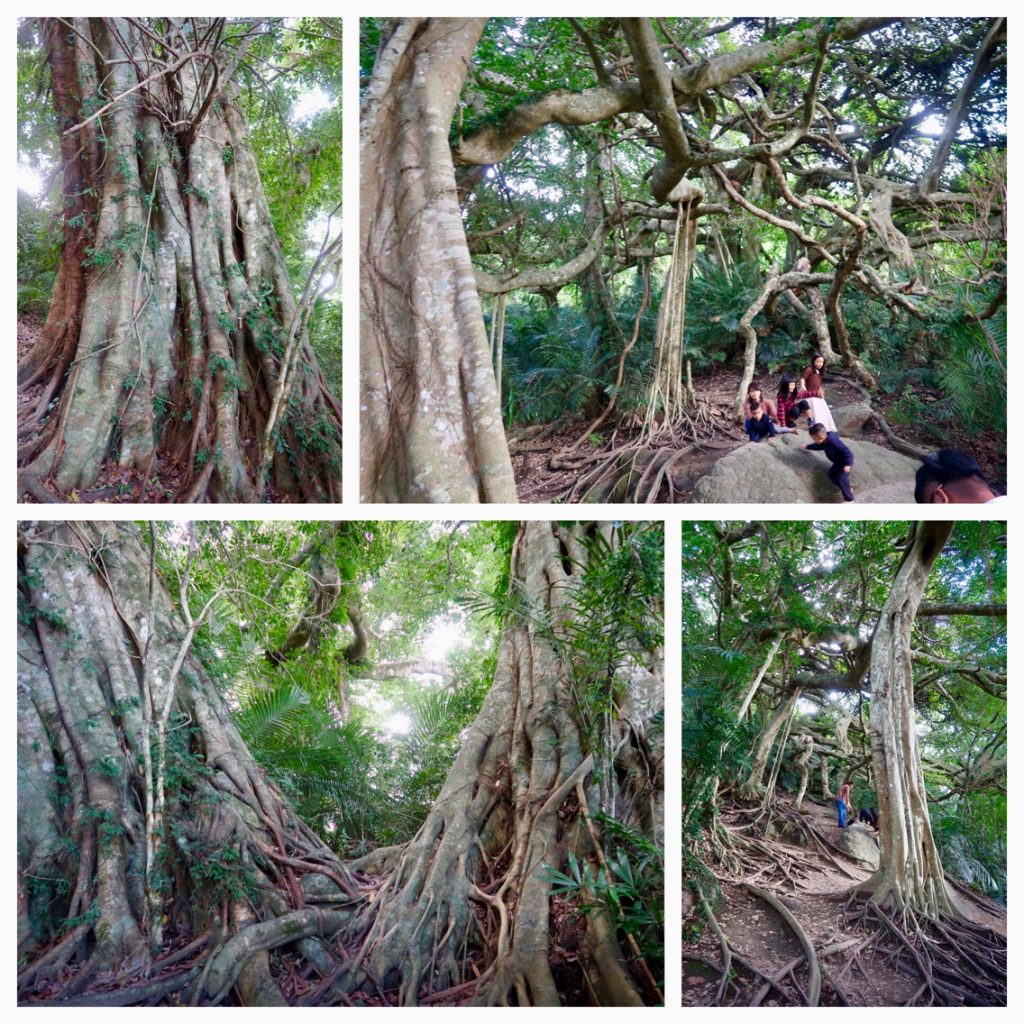 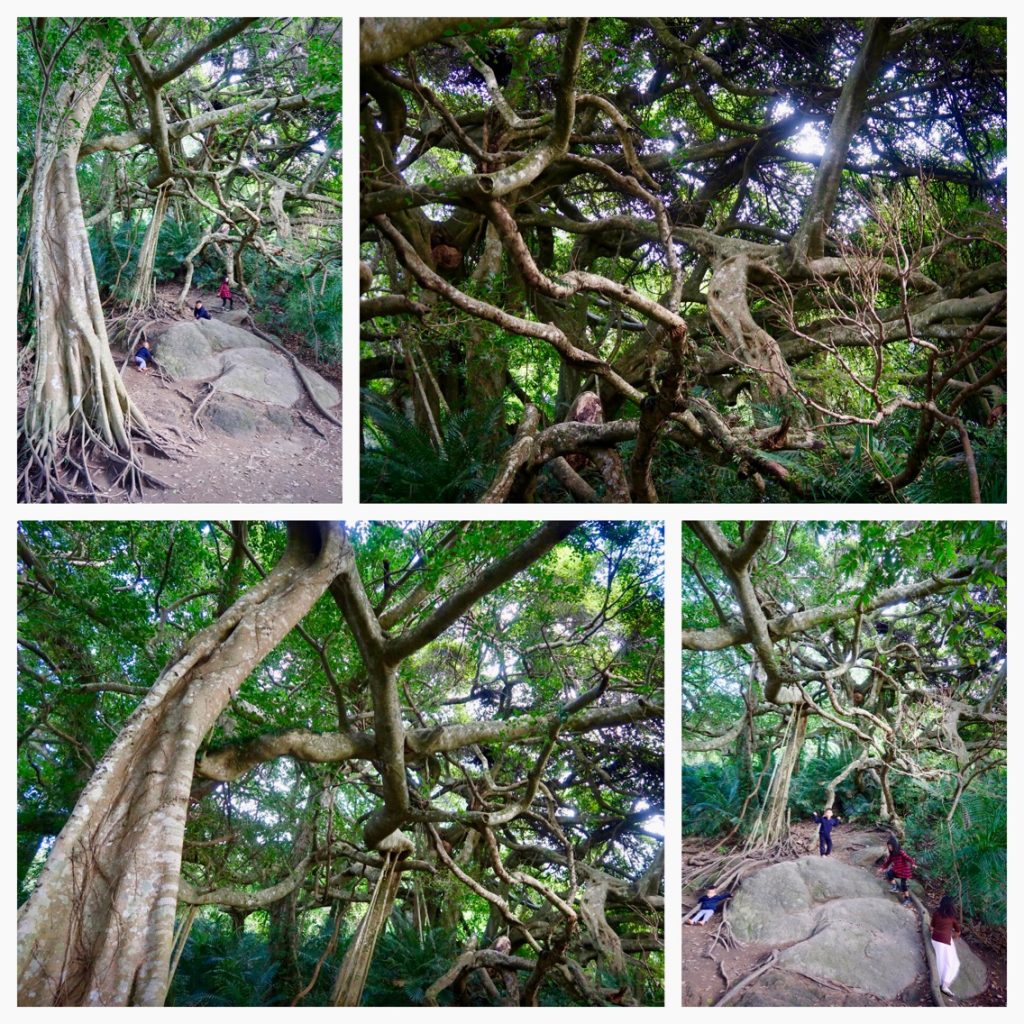 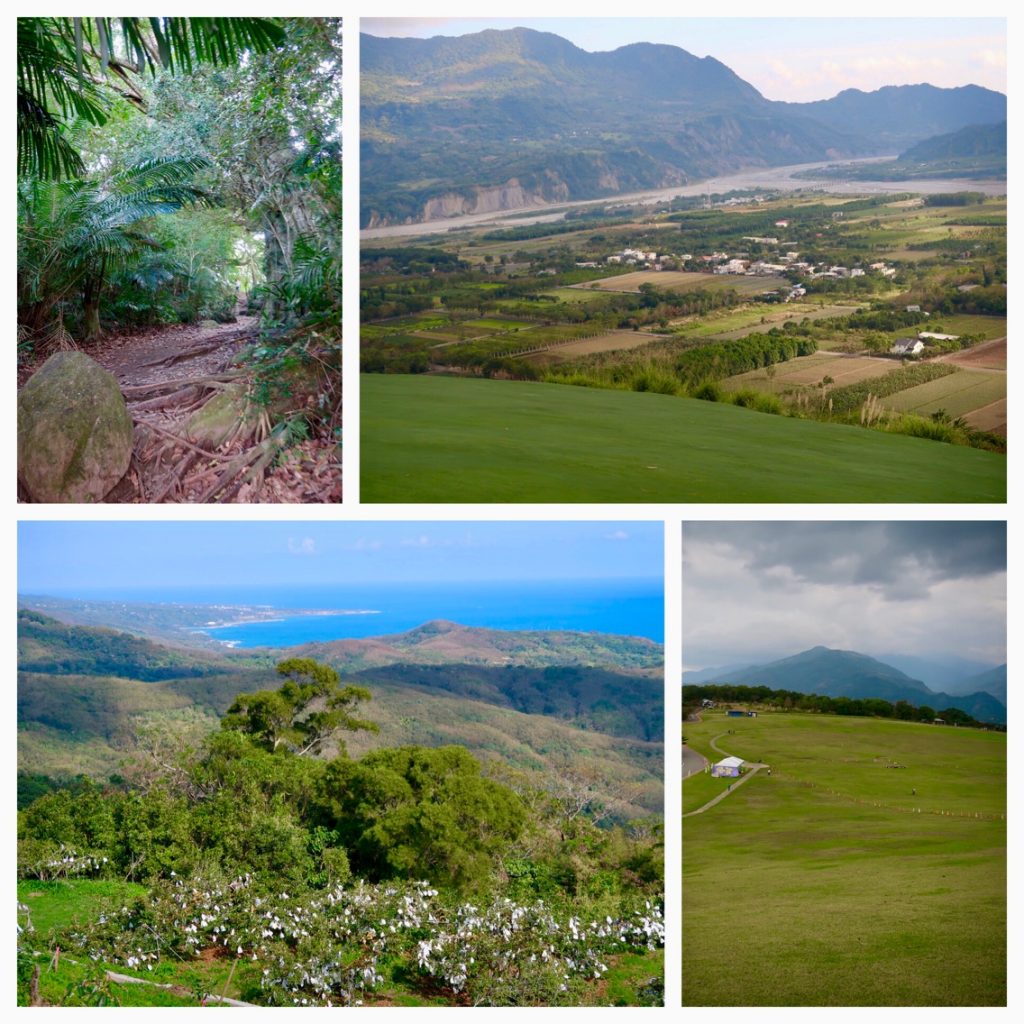 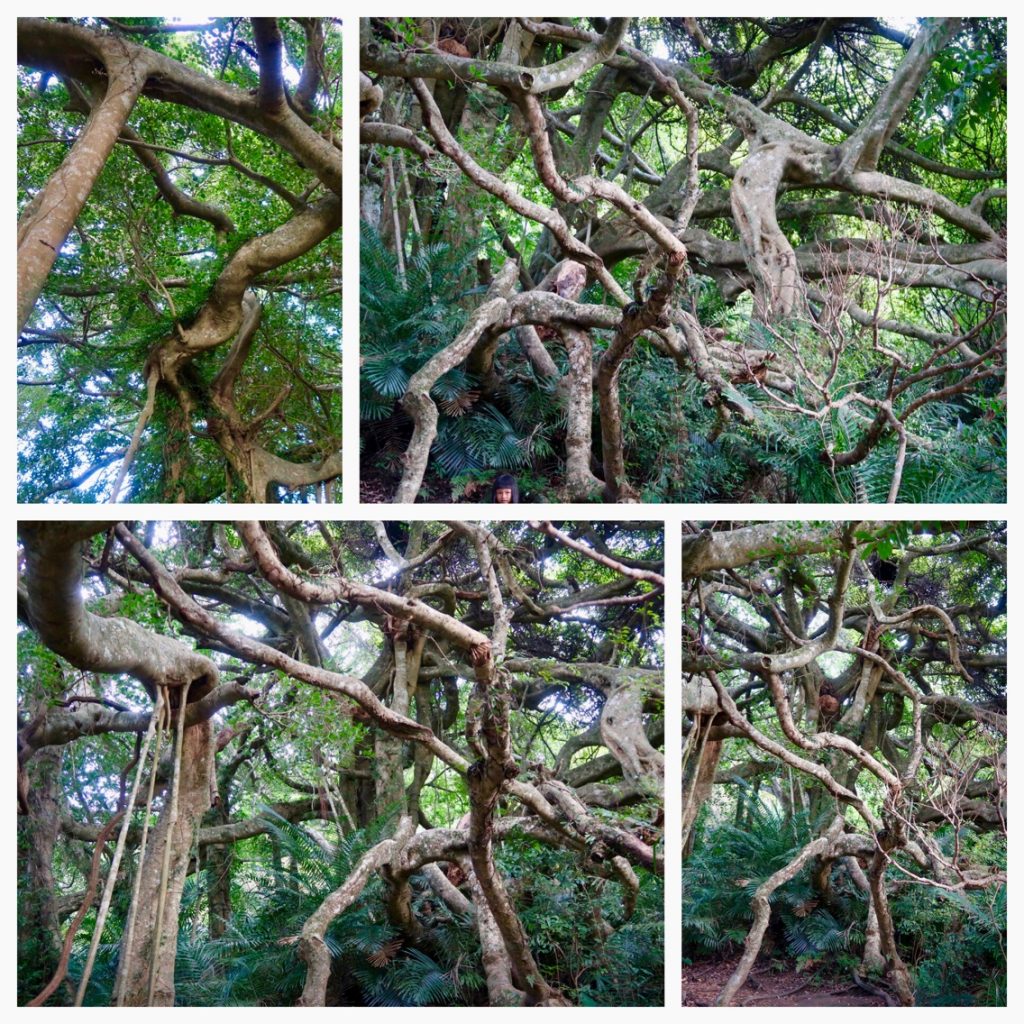 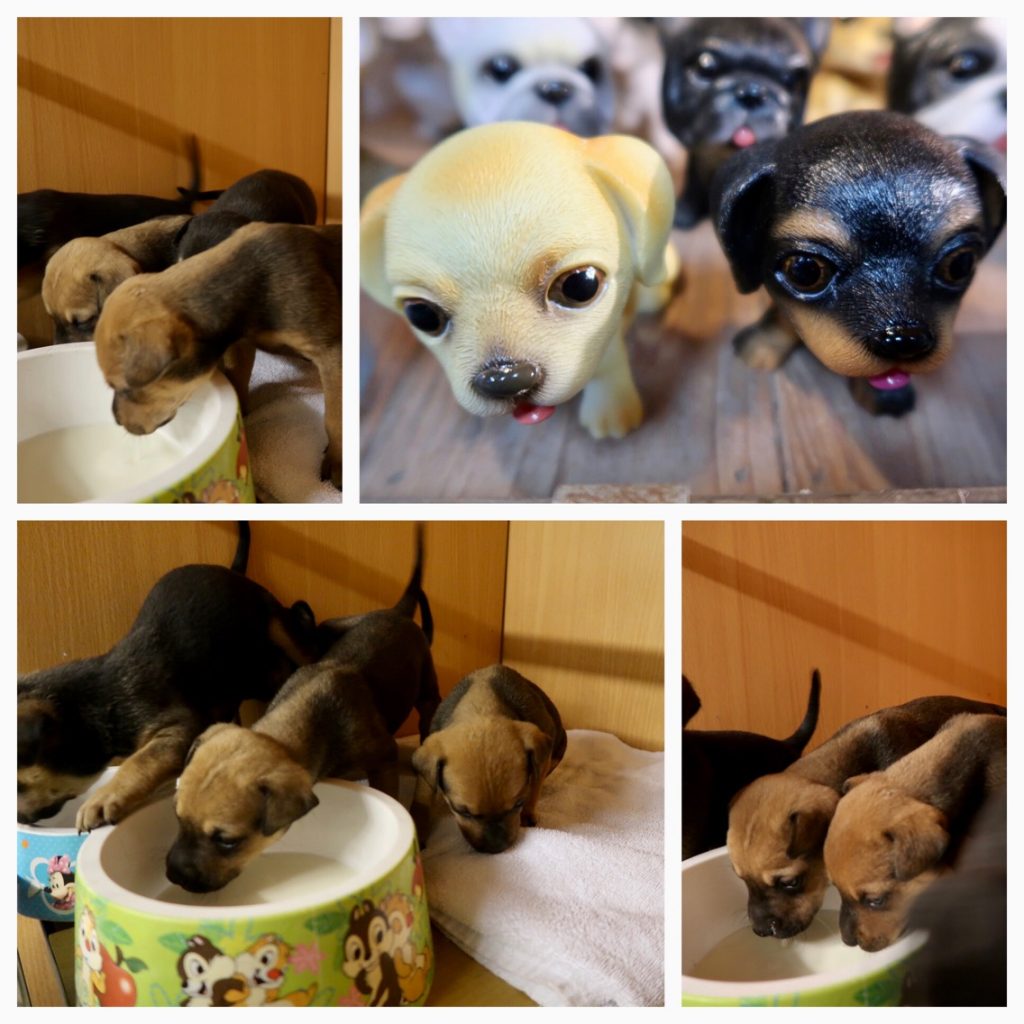 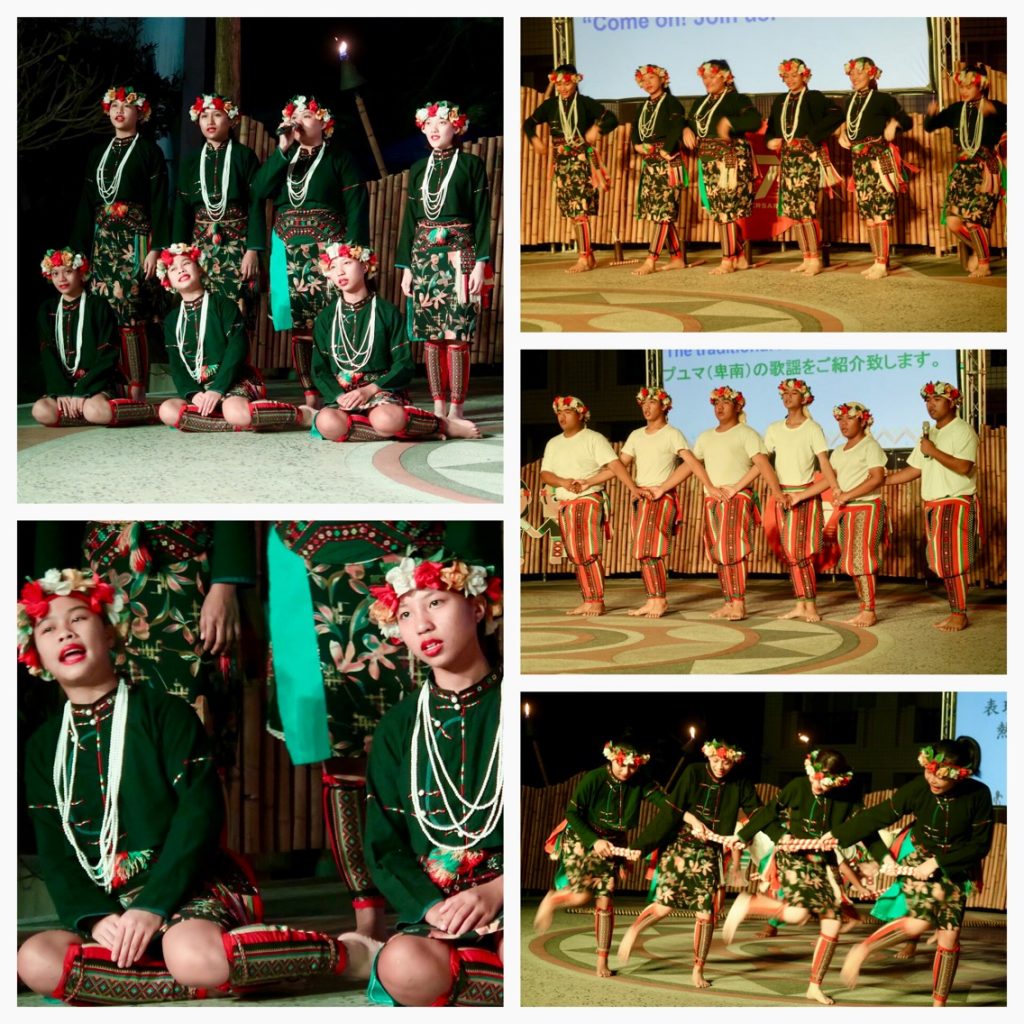 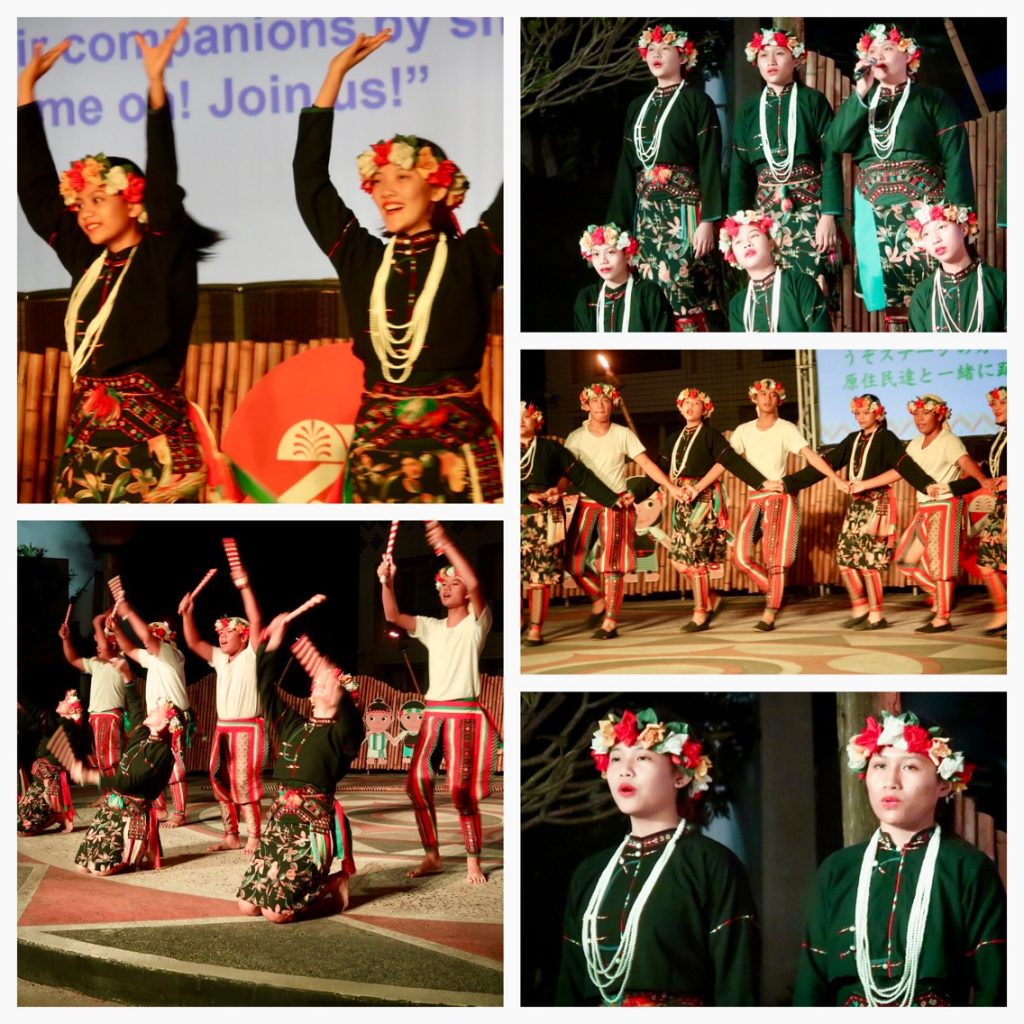 Taiwan Walk – Day 6 – A Rest Day in Zhiben Hot Springs, Sightseeing Around Taitung, And More About Our Four Abandoned Puppies

Wendy and Joseph have a friend who lives in Taitung City.
Today he drove us around to enjoy the sights of the area, and helped us with transporting the puppies that we found by the side of the road yesterday.

The phone calls that Wendy made have led her to formulate a plan of action.
Since the puppies cannot go to a shelter until they are at least three months old, Wendy and Joseph have decided to pay to keep them in a veterinary boarding house, where they will be cared for and get vaccinated, and hopefully will eventually be adopted.

If they are not adopted, they will go to the animal shelter after three months.
The cost of boarding the puppies is $500 Taiwanese dollars per day, which is $16.50 US dollars per day.
The three months will cost $1450 US Dollars to board the four puppies.
Not a small amount of money, but puppies are sentient beings and deserve to live and be treated with love and care.

Wendy and Jospeh only allowed me to help with $5000 Taiwanese dollars ($166 US dollars) of the total cost.
Wendy went to a cash machine and got out a large wad of money which she handed to her friend.
He will take the puppies to the veterinarian boarding home and will pay for their care upfront.

Meantime, we photographed each puppy, and Joseph and Wendy’s daughter started a huge Facebook campaign to get the puppies adopted.

Jules and I named the puppies overnight.
We named them: “Tai”, “Pei”, “Wan” and “Tung.”
Their names are a play on:
Taipei (the capital city of Taiwan)
Taiwan and Taitung (The district where we found the puppies.)

Meantime, until the boardinghouse is open, the puppies will spend the night in our Onsen hotel, which has an animal boarding house by the gate, for guests who travel with their pets.

Then we all set off to explore Taitung.
Wendy wanted us to see the highlands, since we have been walking by the coastline for days.

We stopped in town and bought vegetarian wraps from a popular and very busy restaurant.
The thin rice wraps are filled with either peanut or wasabi sauce, topped with vegetables and tofu, and then rolled up and sliced.
They were delicious, as we discovered when we ate them later in a cafe.

We visited the main Taoist temple in Taitung, decorated with beautiful designs both on the roofs and inside.
I took some free booklets on Buddhism and booklets to practice writing the sutras in Chinese characters.

We visited the “Water Running Upwards” site, which clearly shows an old irrigation canal running up the hill, and fairly fast, too!

We walked to some elevated sites to see the views and visited a tourist center selling gifts, Taiwanese foods and teas.

Since we were staying the night in an Onsen Hot Springs hotel, we wanted to go to the hotel with enough time to soak before dinner, and of course to see how our puppies were doing.

The puppies were comfortably sleeping in the guardhouse.
The cage they slept in was large, lined with a big towel, and they had large food bowls that they could not turn over by mistake.

They looked content, and they woke up just as we prepared to check in.
They recognized us and started barking in their little voices, demanding that we hold and hug each one of them.

After checking in, we soaked in the outdoor hot springs.
It was a pleasantly cool night, and the hot springs felt divine.
Dinner was a buffet of local delights.

During this trip, I am trying to eat what Wendy is eating, but with no meat.
She is healthy, fit and slim, and she rarely eats sweets or desserts.
She also eats smaller amounts of food than I normally do.
I watch her at each meal and try my best to follow her example.

After dinner, there were dances and songs by girls and boys from the local tribes.
The most impressive was the bamboo dance, similar to those you can see in traditional Thai and Philippine dancing, when the dancers gracefully jump between two bamboo poles that are clapped together faster and faster.
It was a charming performance and a sweet end to the evening.

Afterwards, Wendy and I went to soak in the hot springs again.
This time we soaked in the indoor hot spring baths.
I enjoyed it so much, I stayed for over two hours and even slept a little in the not too hot pool.

That night, before bedtime, I meditated and visualized an aura of white loving light around our puppies.
I encircled them with love and blessings.
I envisioned them all adopted, loved and that they will have a good life.

May the light of love and protection shine on you tonight,
Tali

← Taiwan Walk – Day 5 – Chenggong Township To Donghe Township, And How We Became The Guardians Of Four Abandoned Puppies
Taiwan Walk – Day 7 – Joining The Walking Group, And Walking From Longxi Station To Jinlun Village →