Day 29 – The Chūgoku 33 Temple Kannon Pilgrimage, Japan – From Shimonoseki to Fukue, Visiting an Ancient Kofun Keyhole Mound, and Thoughts I Had Today 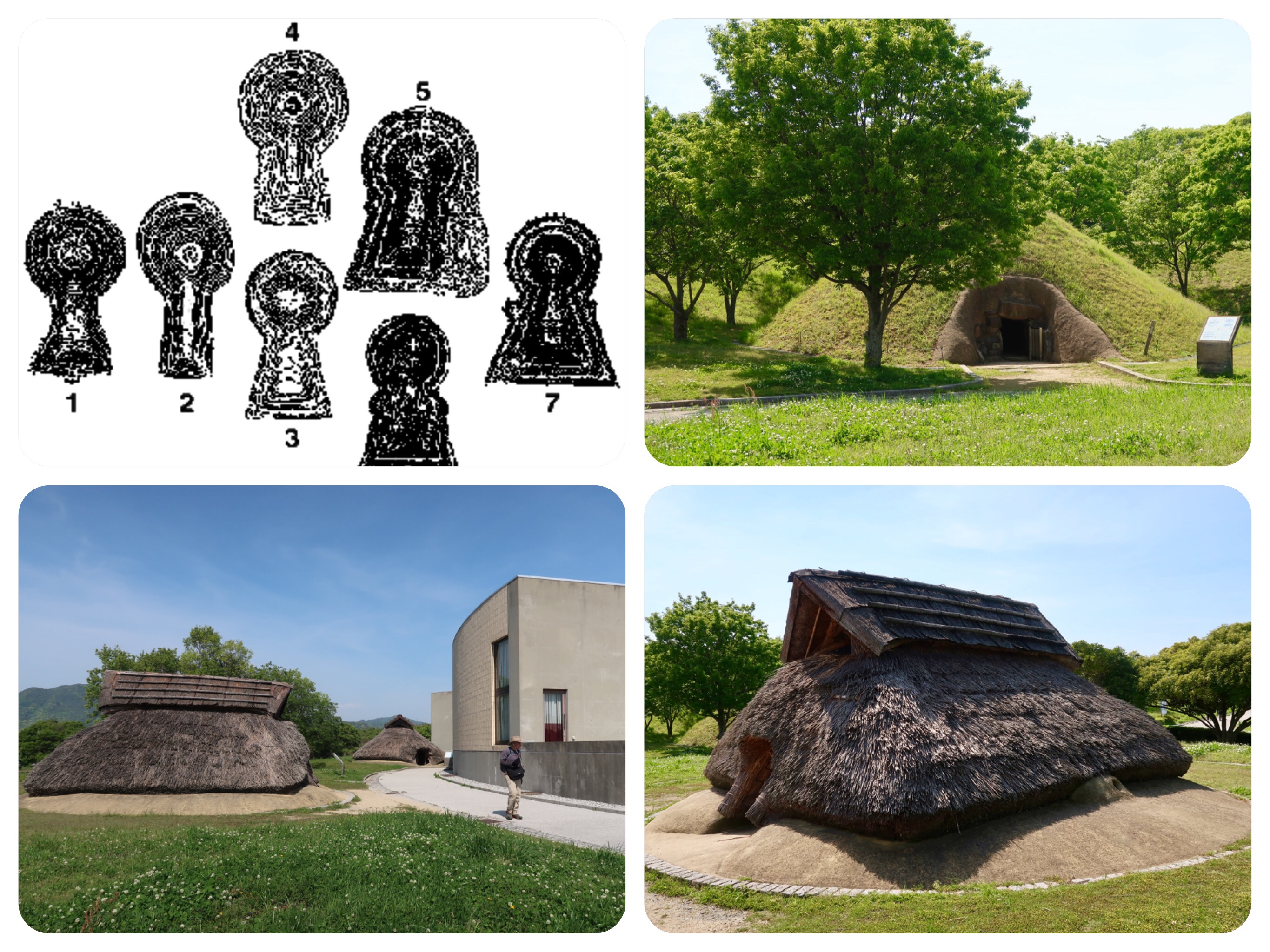 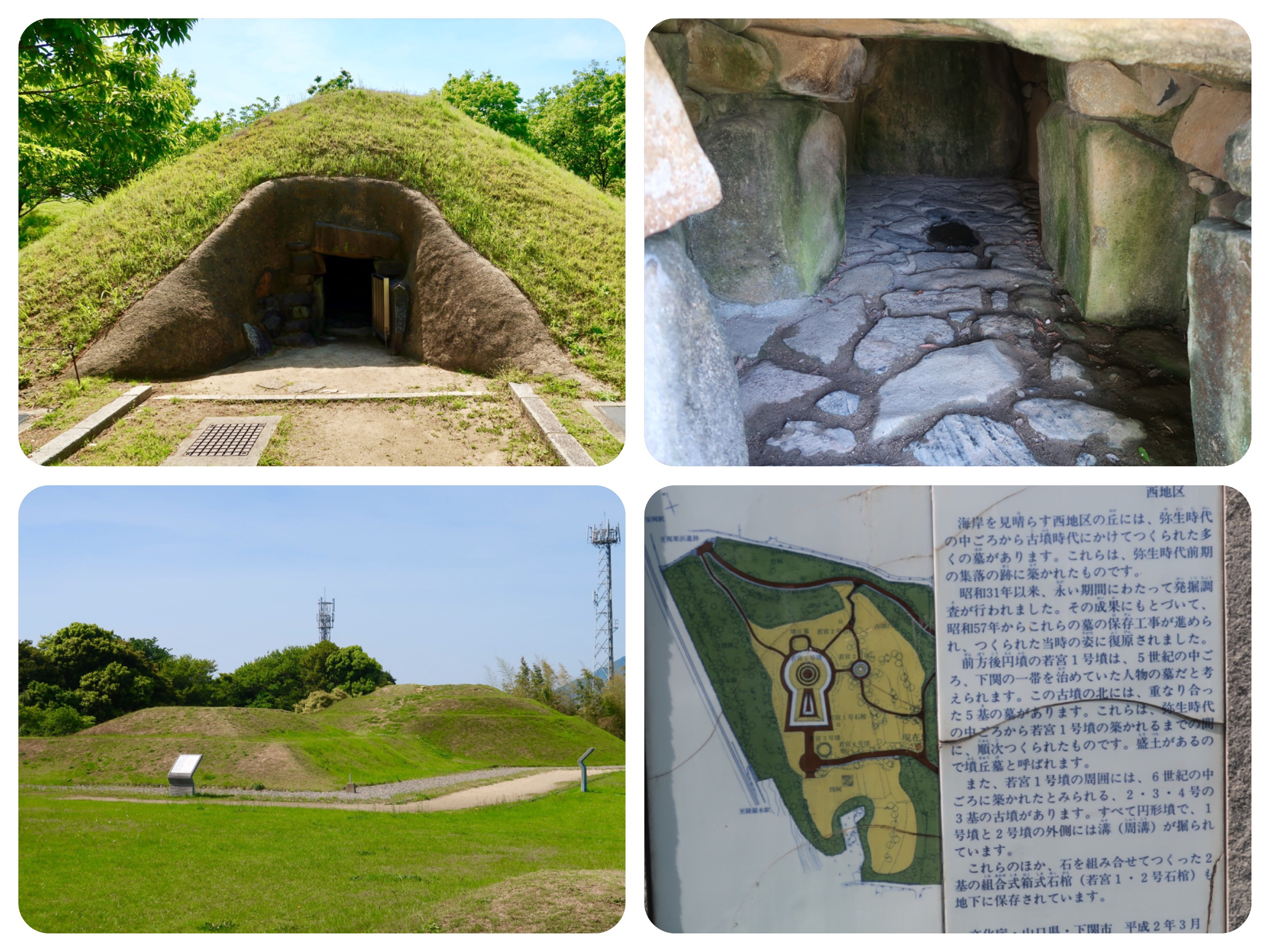 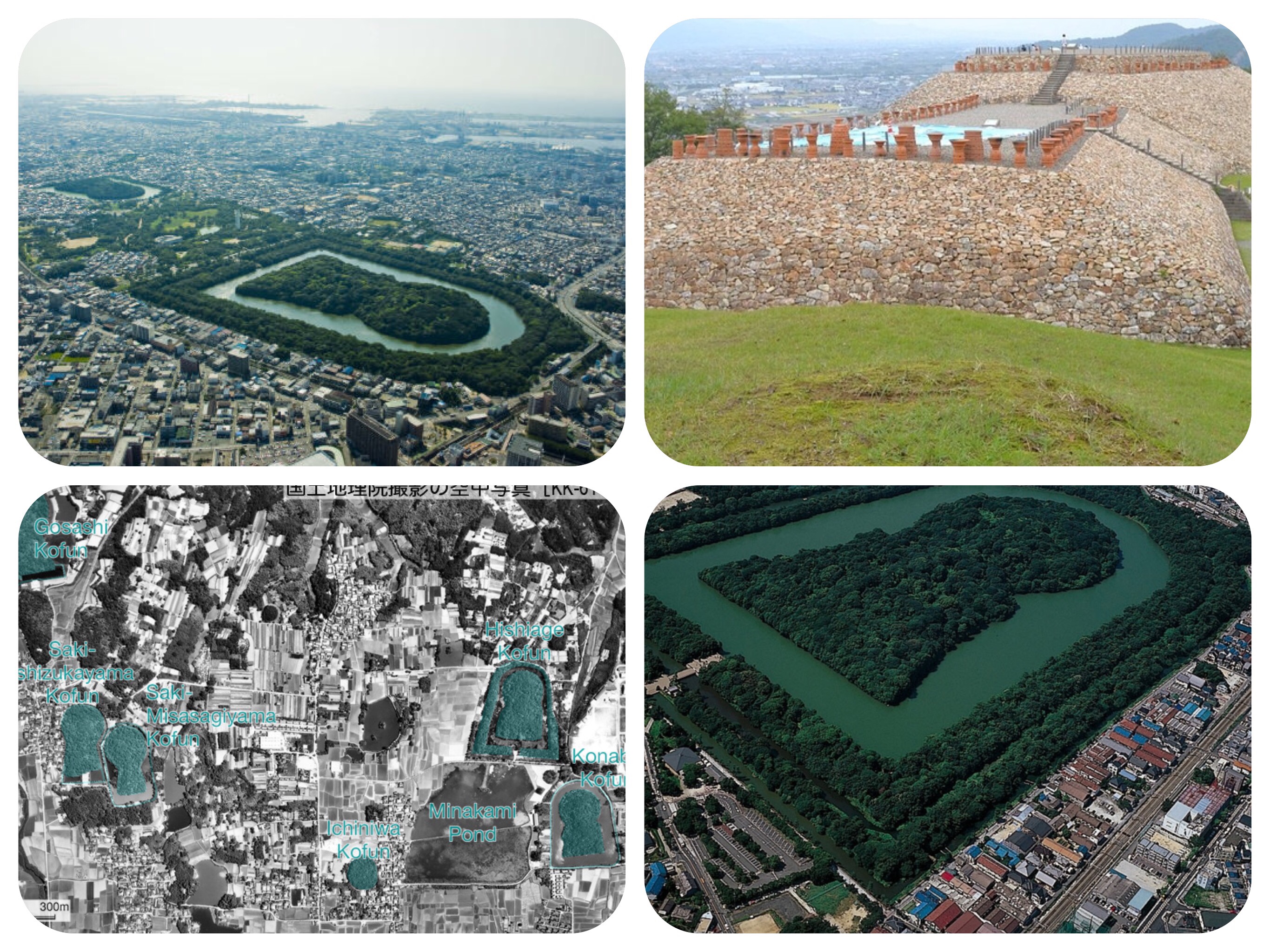 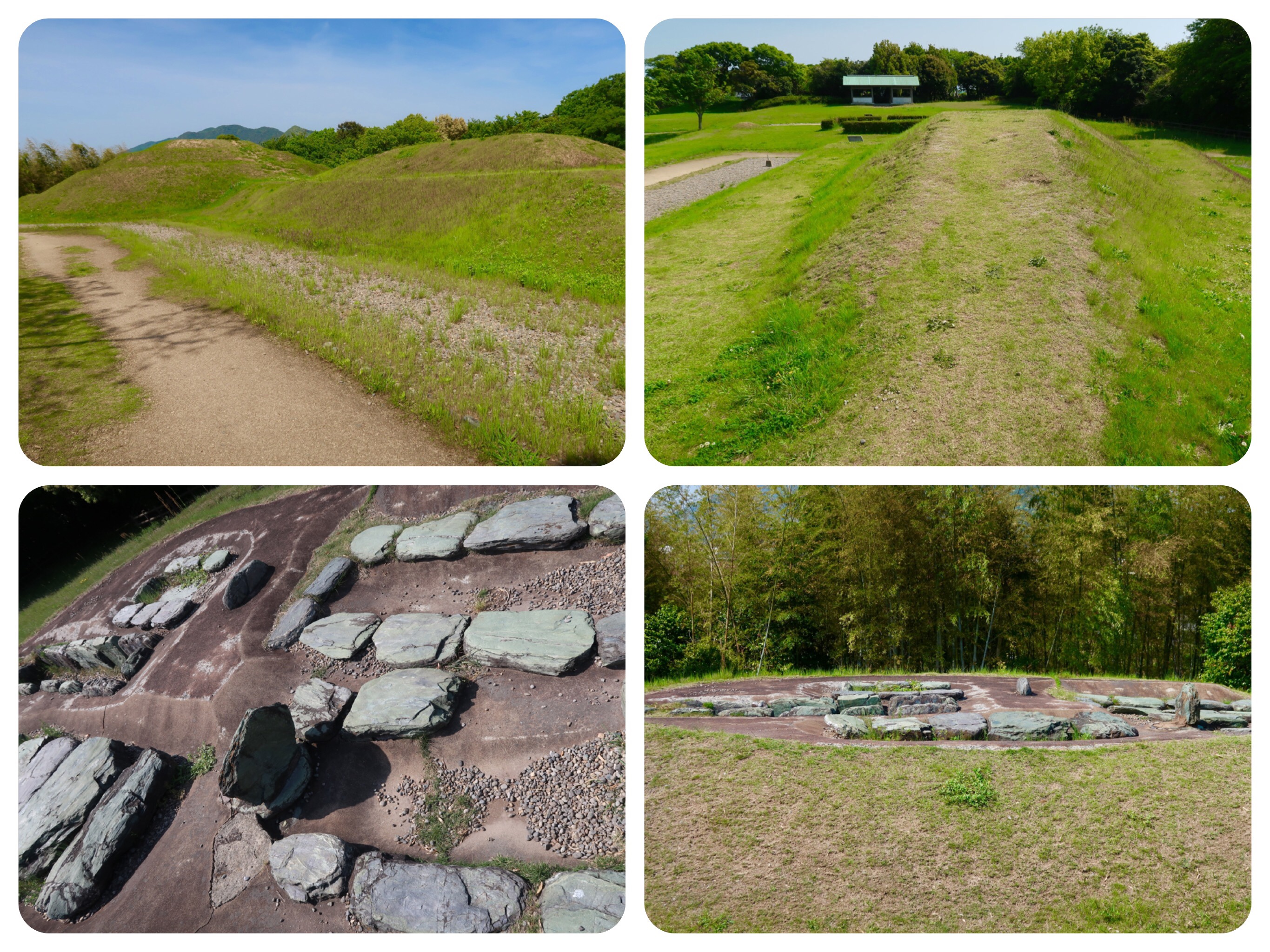 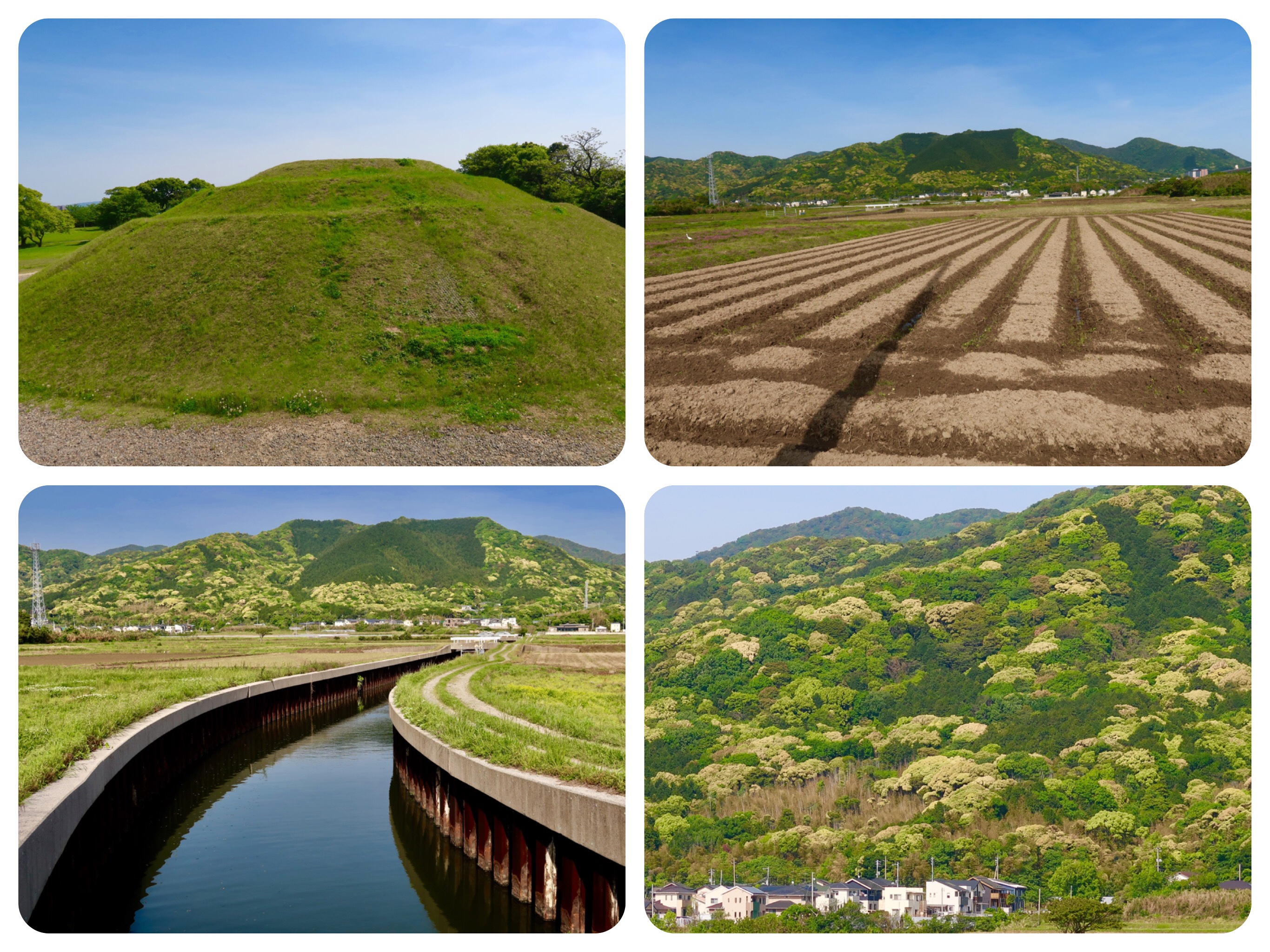 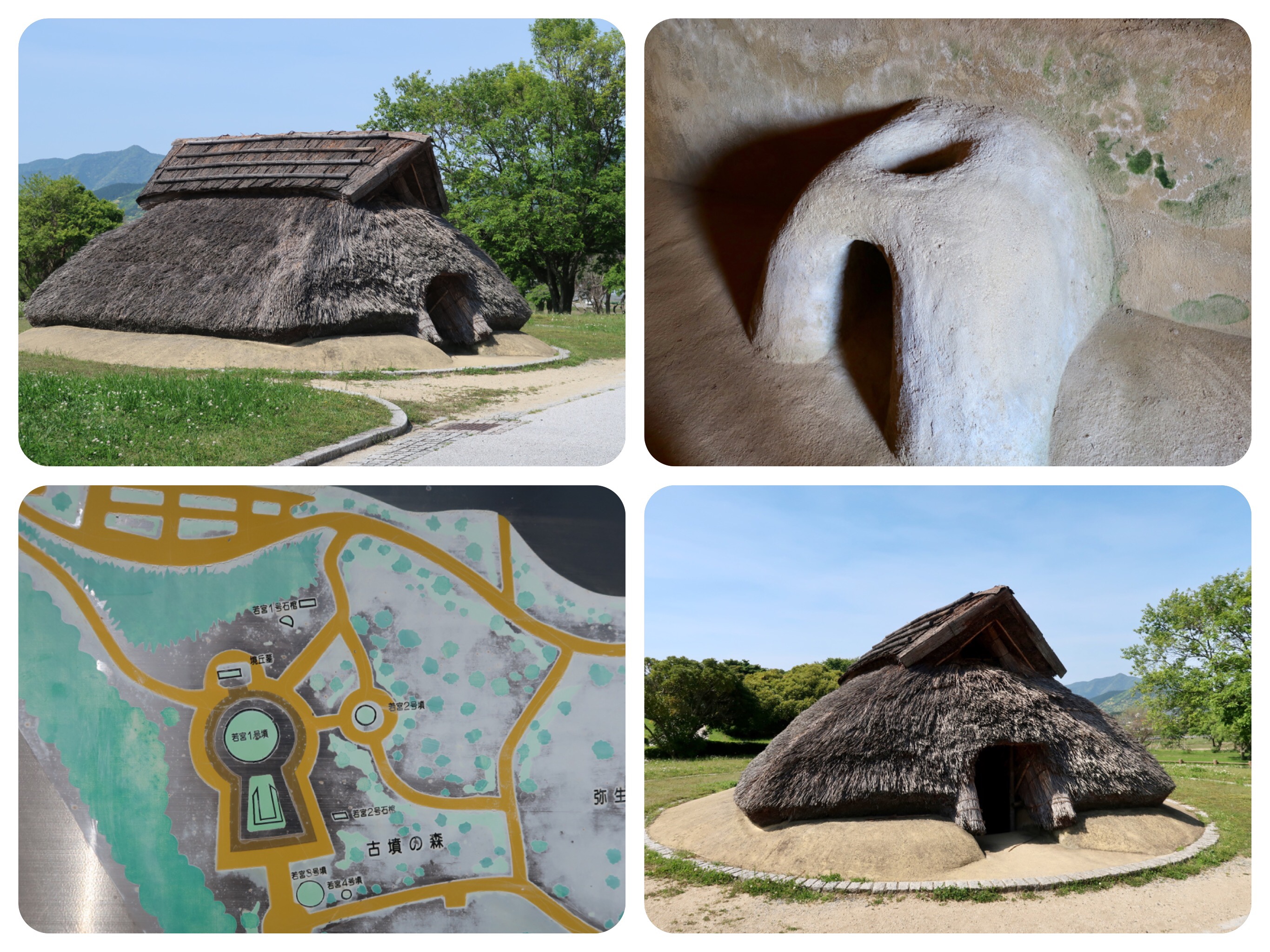 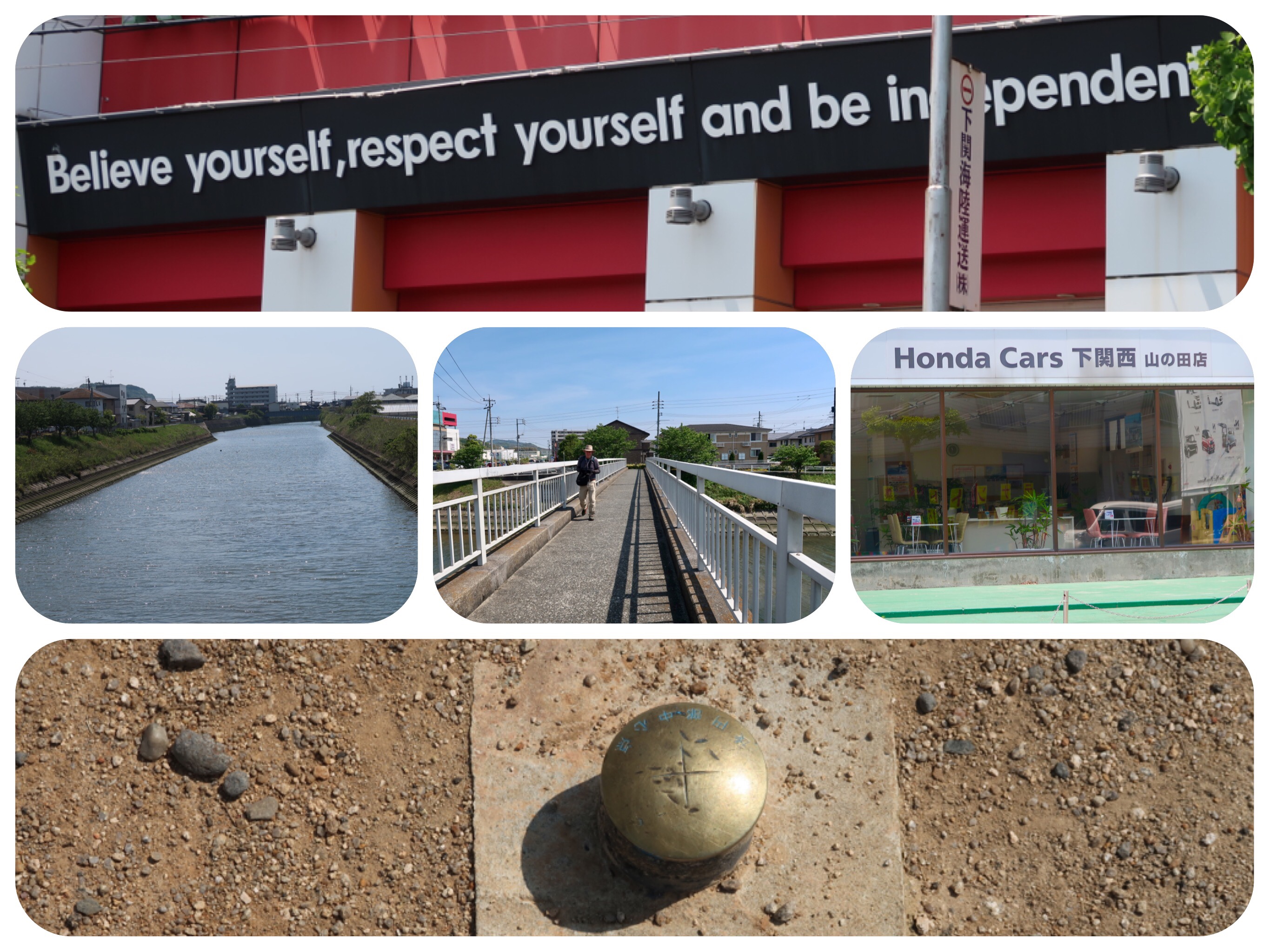 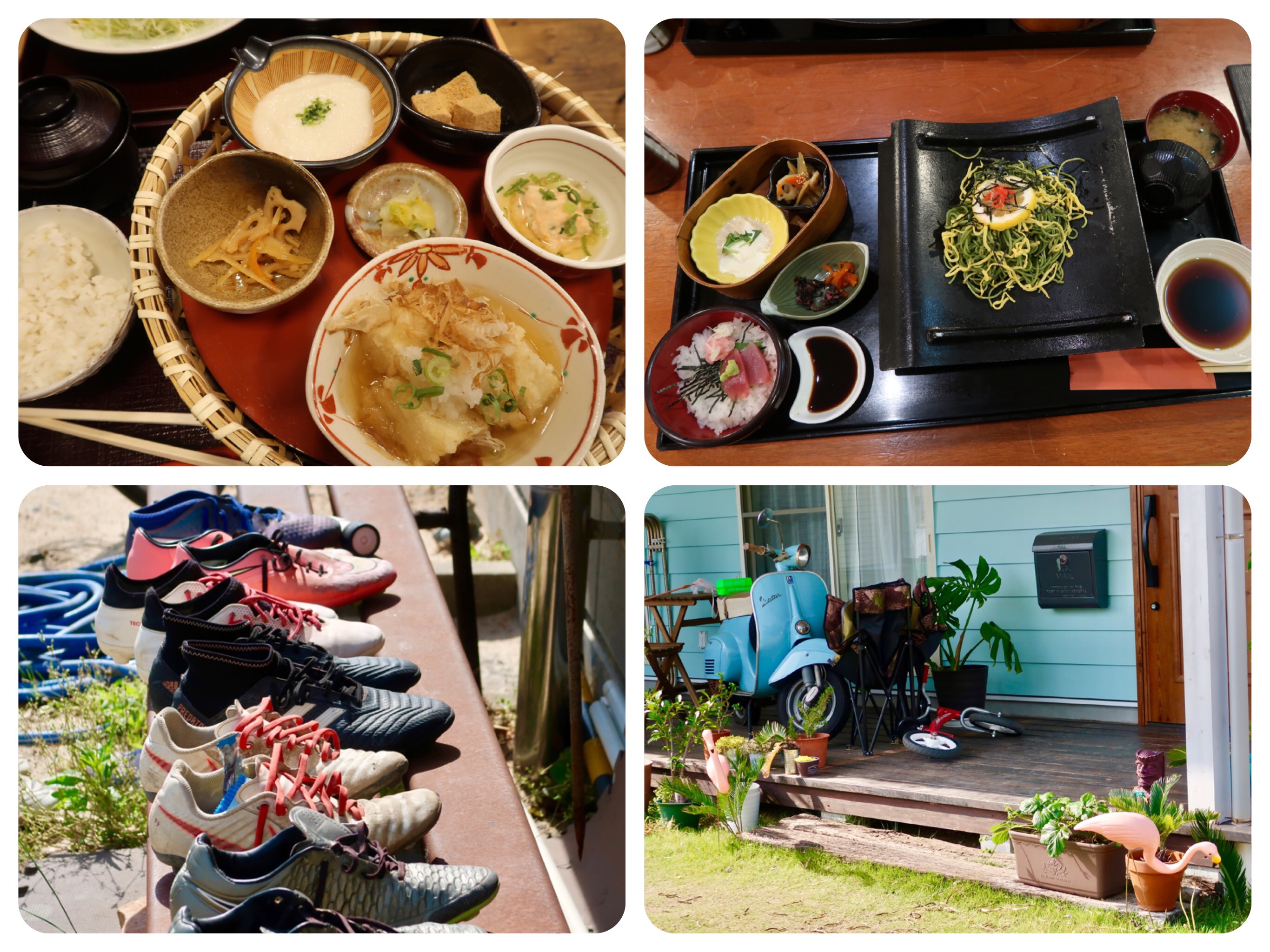 Day 29 – The Chūgoku 33 Temple Kannon Pilgrimage, Japan – From Shimonoseki to Fukue, Visiting an Ancient Kofun Keyhole Mound, and Thoughts I Had Today

Today we walked forwards for a few hours, in order to make the following day, when we leave Shimonoseki, a bit easier.
It is roughly a 30 km distance between Shimonoseki and Kawatana Onsen, where our next guesthouse is located.

The weather was pleasant and warm, and I dressed in a sun-protective UV-shirt, to protect my skin from the sun.

We walked from Shimonoseki on the mountain road, instead of following the coastline, mostly because it is a quieter road, while the coastline has both the train line and the main car road.
Although the coastal road is flatter and does have sidewalks, it is noisier to walk next to the busy road.

The mountain road had some ups and downs, but nothing long or hard, just a bit of a climb, to get the heart pumping for a little while.

While we walked, I had many thoughts.
I am starting to feel better with long days of walking.
I am recovering faster, sleeping better at night and having lots of energy during the day.
Jules is doing excellent in every way.
He is energetic, cheery, positive and centered.
It is a pleasure to see him thriving so well.

I was thinking about why I am so attracted to walking pilgrimages.
In past posts, I mentioned a past life connection to lifetimes when I was unable to walk, but I am realizing that there are other reasons, many more reasons than I can put into words.

Walking pilgrimages is my way of connecting to my Divine Self.
Some call the Divine Self the Higher Self, the True Self, the Christ Self or the God Within.

While walking, I am working on understanding my Divine Self, and trying to embody Her in my physical reality.

You might ask, why do we need to embody a part of us that is our real Self, that we can never be without….

Well, it is a process of realizing that we were never anything else BUT our Divine Self, or God within.

You see, we all knew that we were Star-seeds or Divine children when we came into this world.
All children are intuitive, psychically aware and can see purely.

But we were all taught to shut off our Divinity.
As young people, we were taught that we cannot see our Auras or see the future.
We were told that our invisible friends and spirit guides were just imaginary friends, and not real.

We learned that ONLY what other people can see and confirm, is real.

As adults, we evaluate the world, and realize that many things that are invisible are real, and very useful.
You cannot see electricity running through the wires, but you benefit from having it.
You cannot see radio waves, TV signals, wireless internet or cellphones, yet they all here and helpful to us if we put them to use.

As spiritual adults, we are learning to see spiritual vibrations and energy, beyond the world that our senses can show us.

Think of the black and white TV sets we used to have in the 1950’s, with only five channels, until somebody figured out how to bring more channels through cables.

Cable TV, or Satellite dish, can bring us many hundreds of channels today.
We are like the outmoded black and white TV.
We have only five channels, which are the five senses with which we perceive the world.

We see, hear, taste, smell and touch all that we believe is real.
But in reality, there are hundreds more vibratory channels that we can access, when we embrace the new modality that has always been here.

So how do we do it?
We must consciously BECOME ONE with our Divine Self.
We must let go of all habits of the lower self, and work patiently, devotionally and consistently to live and embody our Divine Self in our physical reality.

This is what I am doing when I walk pilgrimages.
I do it so I can face the nature of my lower self, and then I know what I have to work with and overcome.

We walked by quiet roads, houses and streets lined with businesses.
I had noticed before that some car dealerships now have cafe style tables and chairs.

At first I thought that these were just informal places to close deals, instead of sitting at a desk, but some of these car dealership cafes turn out to be real cafes.

The idea is actually a very clever marketing tool.
I saw old men bringing their newspapers into a Toyota or Suzuki or a Honda car dealership, and then sitting down to read the newspaper and have a hot drink.

These cafes usually do not offer food, but they do offer drinks.
I can only imagine that if a man comes in a few times per week to the Suzuki car dealership cafe, when he needs a new car, he will first look at the Suzuki car models in this dealership, because he is so comfortable there.

Midway on our walk, we stopped to take a break from the sun and have lunch and a drink in a mall.
They had a Starbucks cafe and a very good Katsu restaurant, in which I ate the Agedashi Tofu set.
The set was delicious, and it included a miso soup, rice, agedashi tofu, pickles, grated yam, and one piece of shumai.

From there we walked north towards the coastline.
I saw on my map that there was an archeological museum nearby, with ancient Kofun earth mounds.

The Kofun period in Japan was between 300 AD -538 AD. It started right after the Iron Age, by the agricultural society of the Yayoi.

From all the warring kingdoms of the Yayoi, a clan emerged victorious. Its name was Yamato, the family which would later establish the Japanese imperial line.

Maybe in order to strengthen their rule, the Yamato leaders started the official Shinto religion and the huge Kofun burial mounds, which are believed to be the burial mounds for the political elite.

Kofun is actually a Japanese term for a burial mound.
But what is the reason they made these mounds in a keyhole shape, that can only be seen from the air…

At the end of the Kofun period, massive spiritual and technological imports from China, which included Buddhism, brought about a tremendous cultural revolution.
The Early Kofun was radically different from the Middle and Late Kofun.

The Yamato kingdom also started the cult for a Queen (Kannon) Goddess, an idea that had also originated in China.

There are quite a few keyhole-shaped Kofun in Japan, including some that are huge.
The Nintoku-ryo burial mound in Osaka is one of almost 50 tumuli collectively known as “Mozu Kofungun,” clustered around the city, that cover the largest area of any tomb in the world.

Built in the middle of the 5th century by an estimated 2,000 men who worked daily for almost 16 years, the Nintoku tumulus is 486 meters long, with a mound 35 meters high.
It is twice as long as the base of the famous Great Pyramid in Giza.

The story of the Kofun is shrouded in mystery.
To this day, nobody dares to breach any of the tumuli, not only because they are considered private property (managed by the Imperial Household Agency), but also because they are highly regarded as religious sites believed to serve as sanctuaries for the spirits of the royal members buried here.

Tourists, and even the imperial family that owns the tumulus, can only go as far as the entrance gates, and never beyond them.

This inaccessibility is one of the reasons why tumulus clusters remain shrouded in mystery.
Even scientists and archaeologists have been denied entry into the grave sites, and nobody knows exactly what lies behind their thick forest, or beneath their terraced mounds.

Here we were able to walk right up to the mound, which of course does not look like a keyhole shape from the ground.

Since the mound is covered in grass that is mowed periodically, I did not think it would be disrespectful to stand there and see if I could feel the vibrations of the place and take in the powers of its intentions.

As I stood there, I realized without any doubt, that these mounds are part of the “Crystalline Earth Grid Code.”

The Crystalline Grid is what others have referred to as “Ley Lines,” those invisible geometric alignments that run across ancient landscapes, connecting natural and sacred prehistoric structures.

We are all in a process of changing from carbon-based bodies to Crystalline bodies.
Some may not be aware of the process, but it appears to be the next step in Human evolution.

From there, we walked towards Fukue and took the local train back to Shimonoseki.
We ate for dinner a Kawara Soba set, near the Station.
Kawara soba is a dish of green tea soba noodles served on a heated roof tile.

The cooked green noodles get a little crispy from resting on the hot tile.
Normally the noodles are topped with sliced beef, but we asked them not to serve us the beef.
The set included also homemade tofu with a sesame sauce, pickles, cooked lotus root, rice with sashimi and miso soup.

It was an easy, slow and interesting day of walking while taking in the ancient land that we are walking through.

Sending you my love and blessings,
Tali

Total distance walked on the pilgrimage so far: 585.5 Kilometers

Accommodation: Shimonoseki Grand Hotel.
Located right on the waterfront, near the big fish market, the Aquarium, the boardwalk and the Akama Jinja Shrine.
A bit old, Western style rooms, but restful and comfortable.
No Onsen.