Day 28 – The Chūgoku 33 Temple Kannon Pilgrimage, Japan – The Sad Story Behind The Sentei Festival, A 900 Year Old Matsuri In Shimonoseki, and Sightseeing In Mojiko Retro And Kokura In Kyūshū 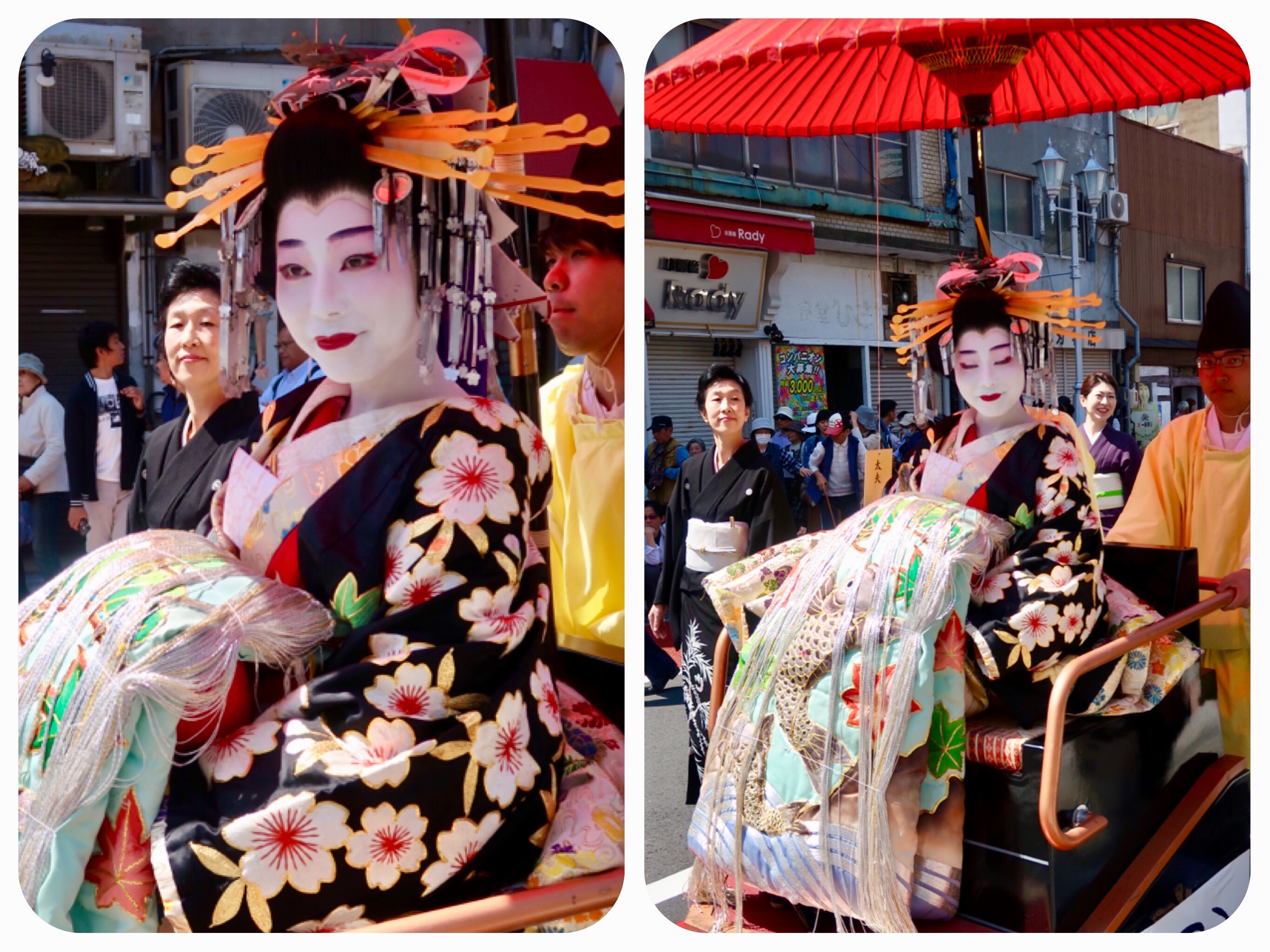 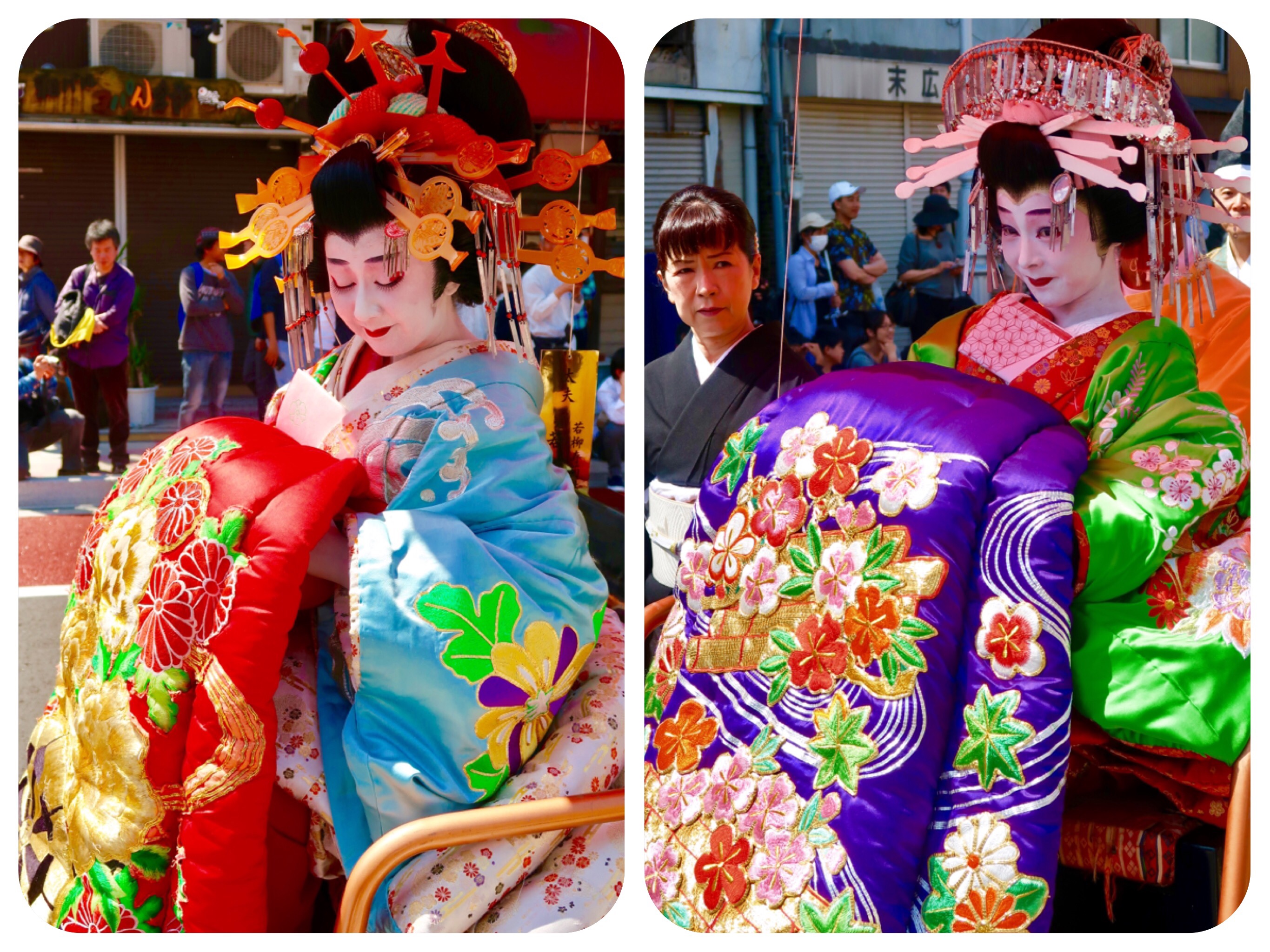 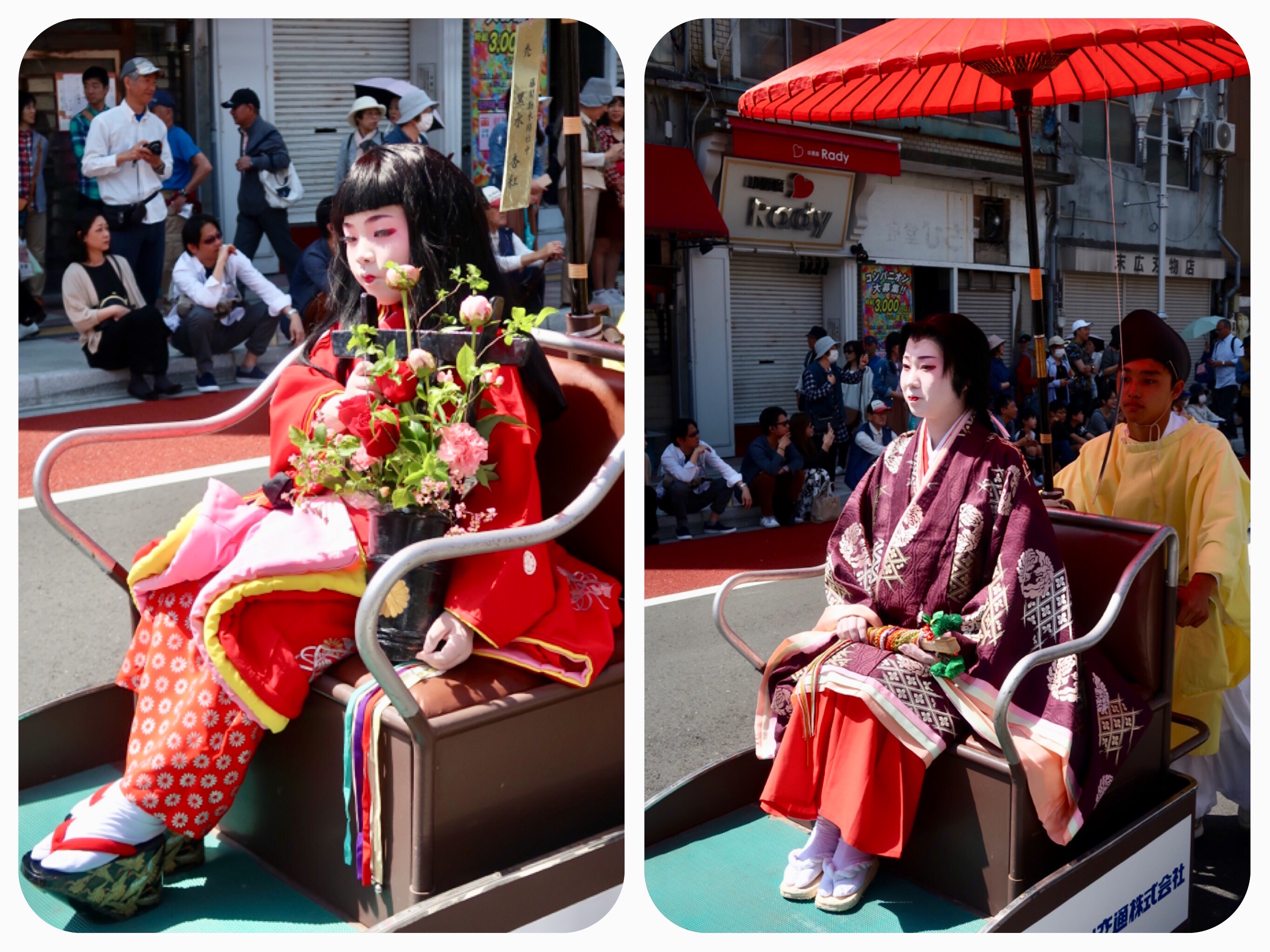 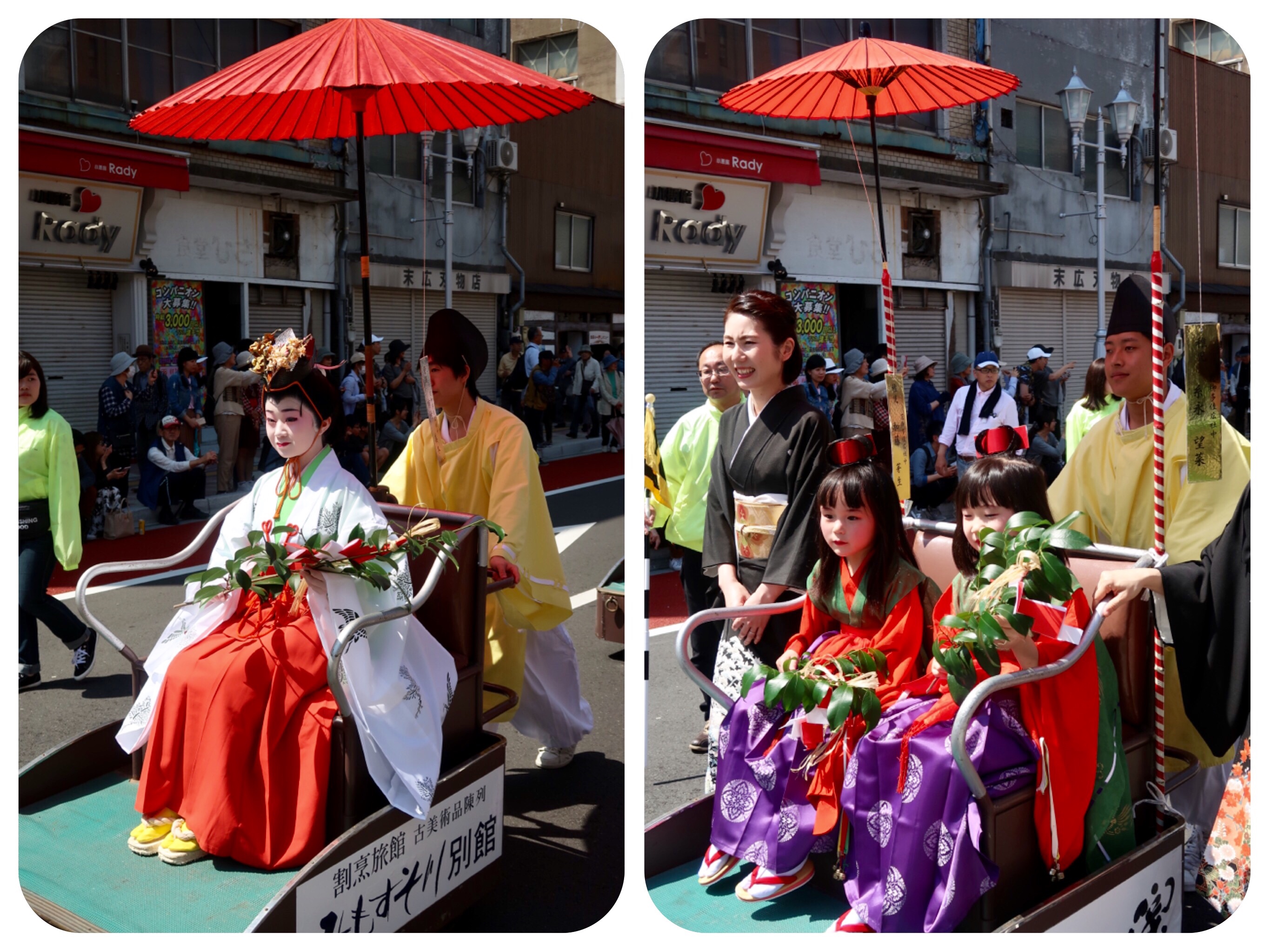 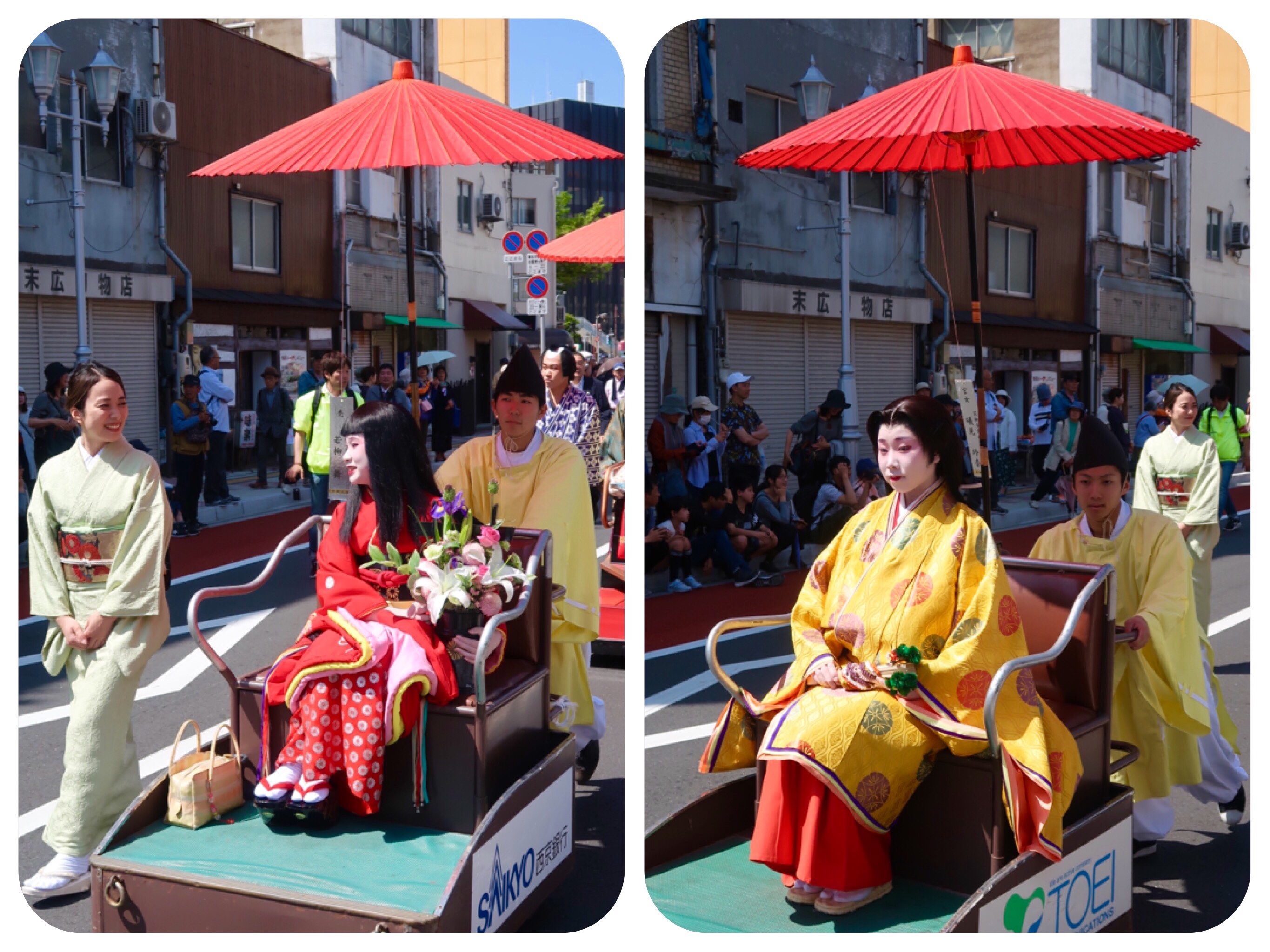 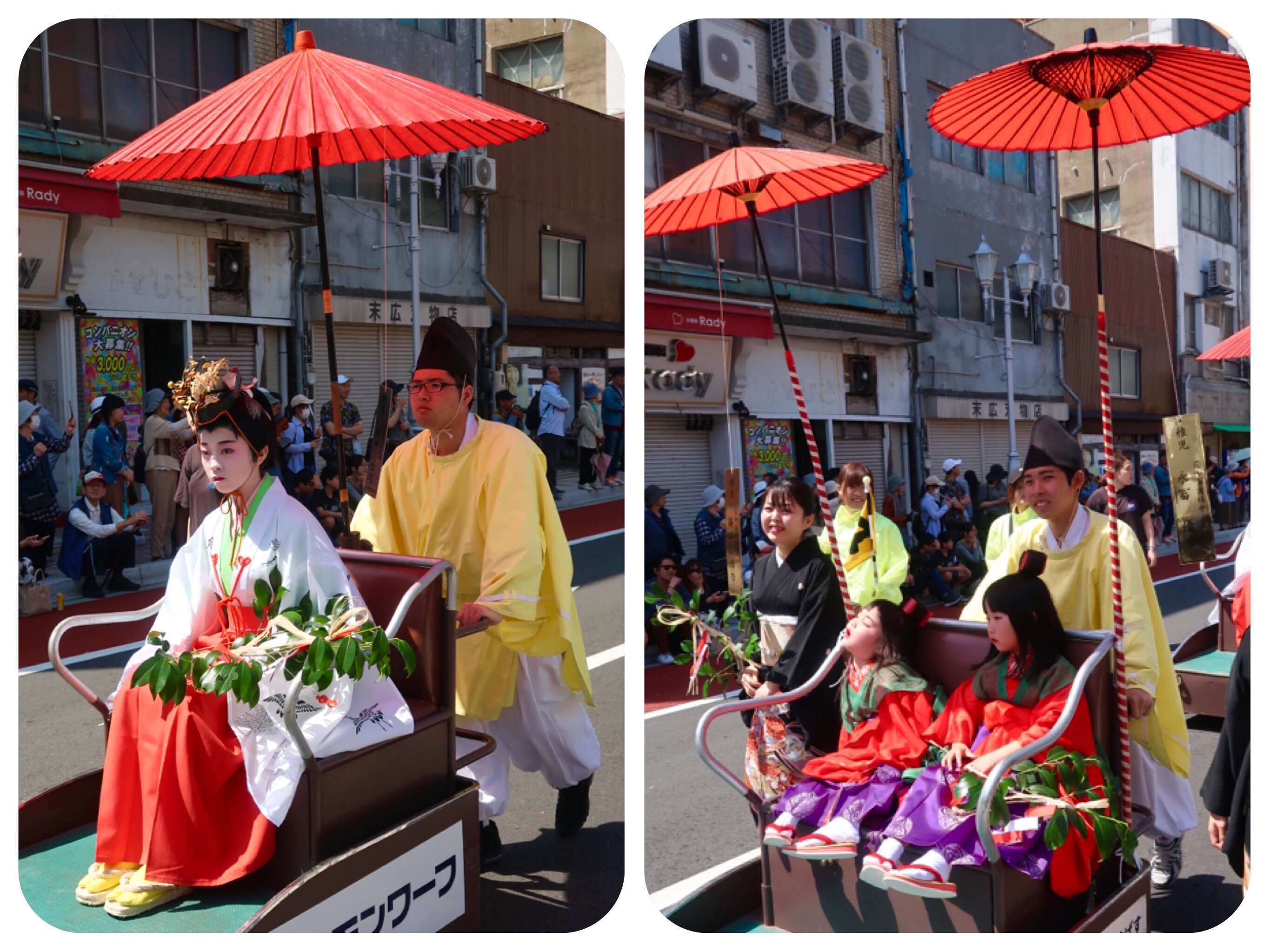 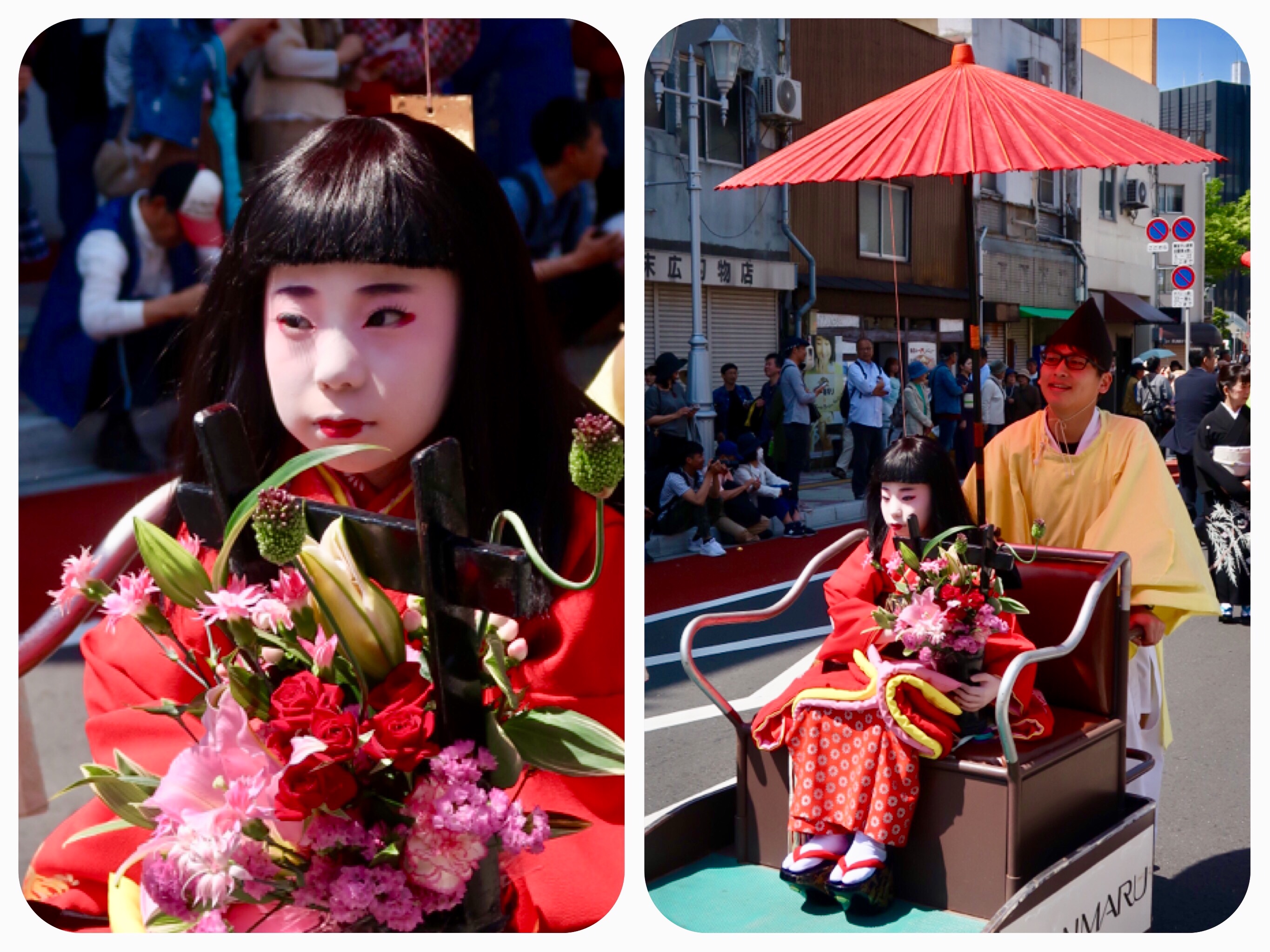 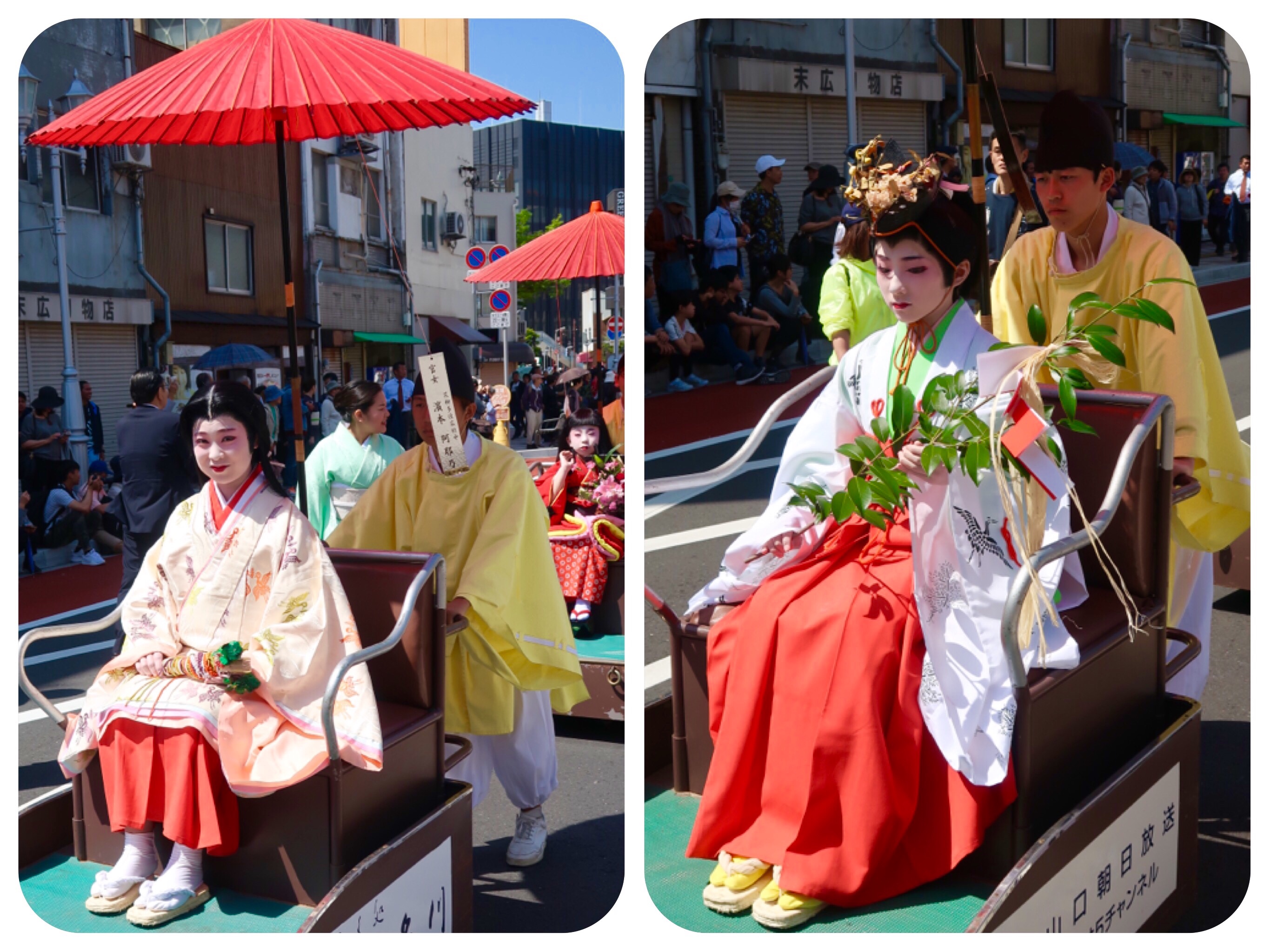 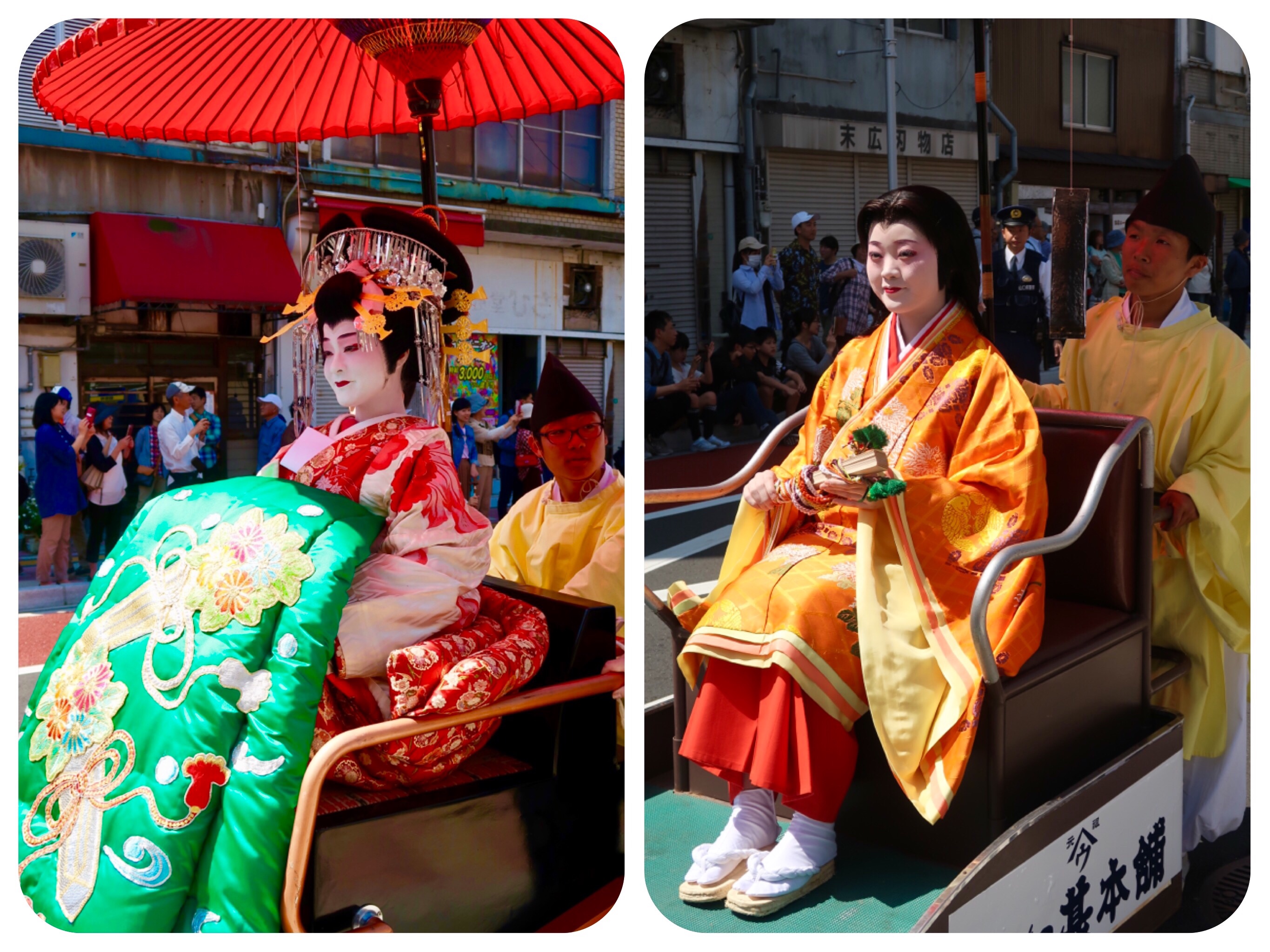 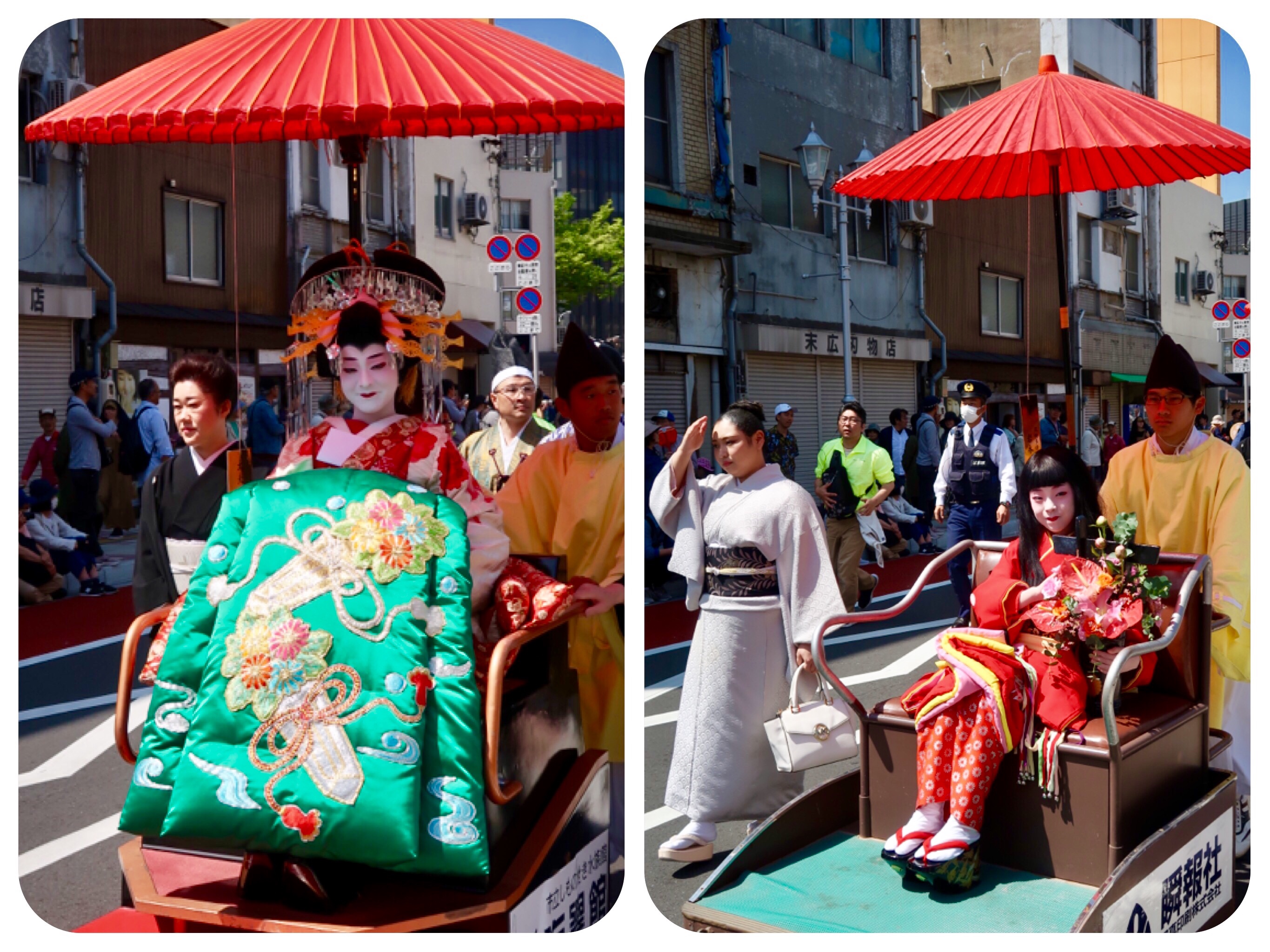 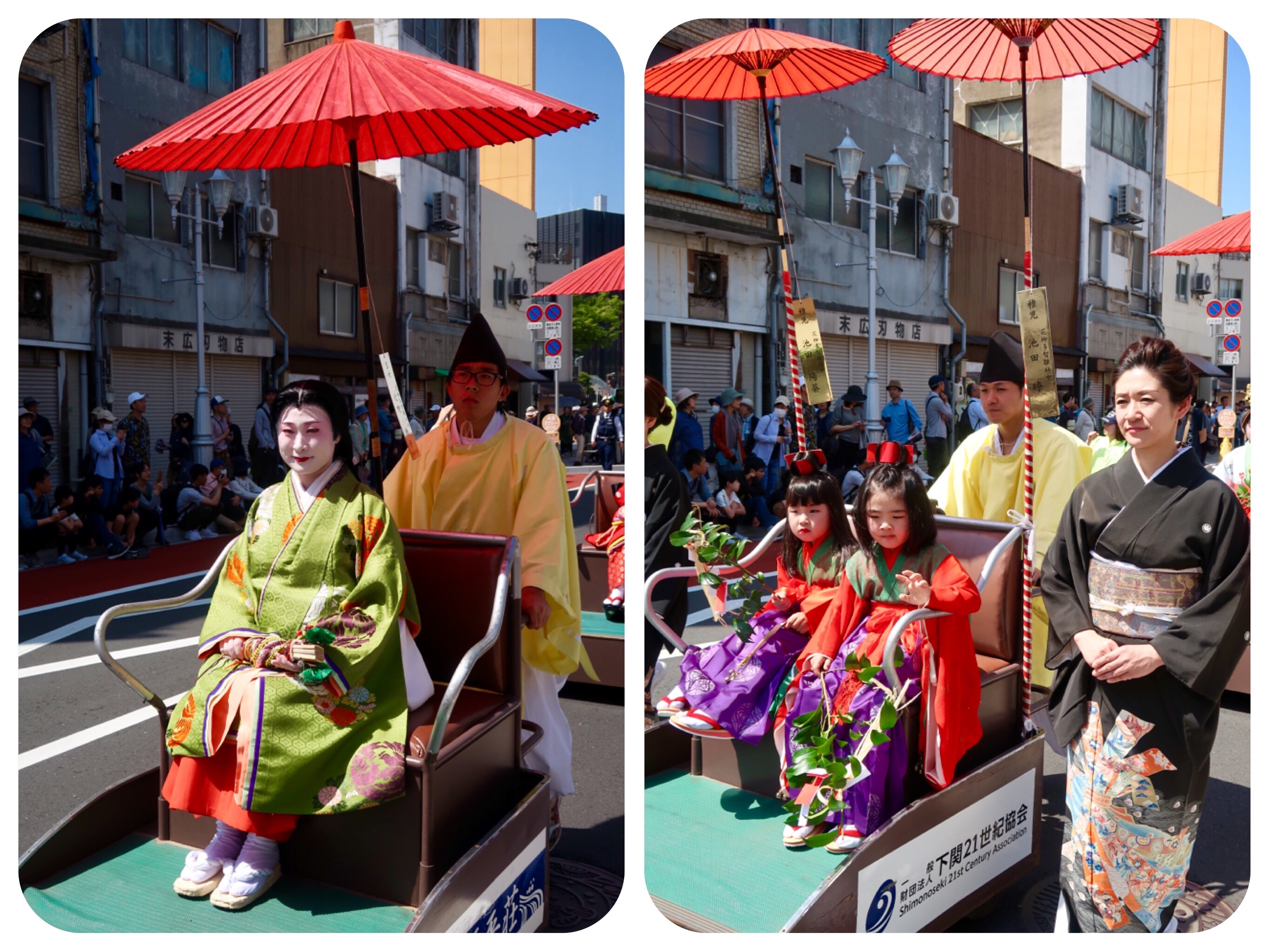 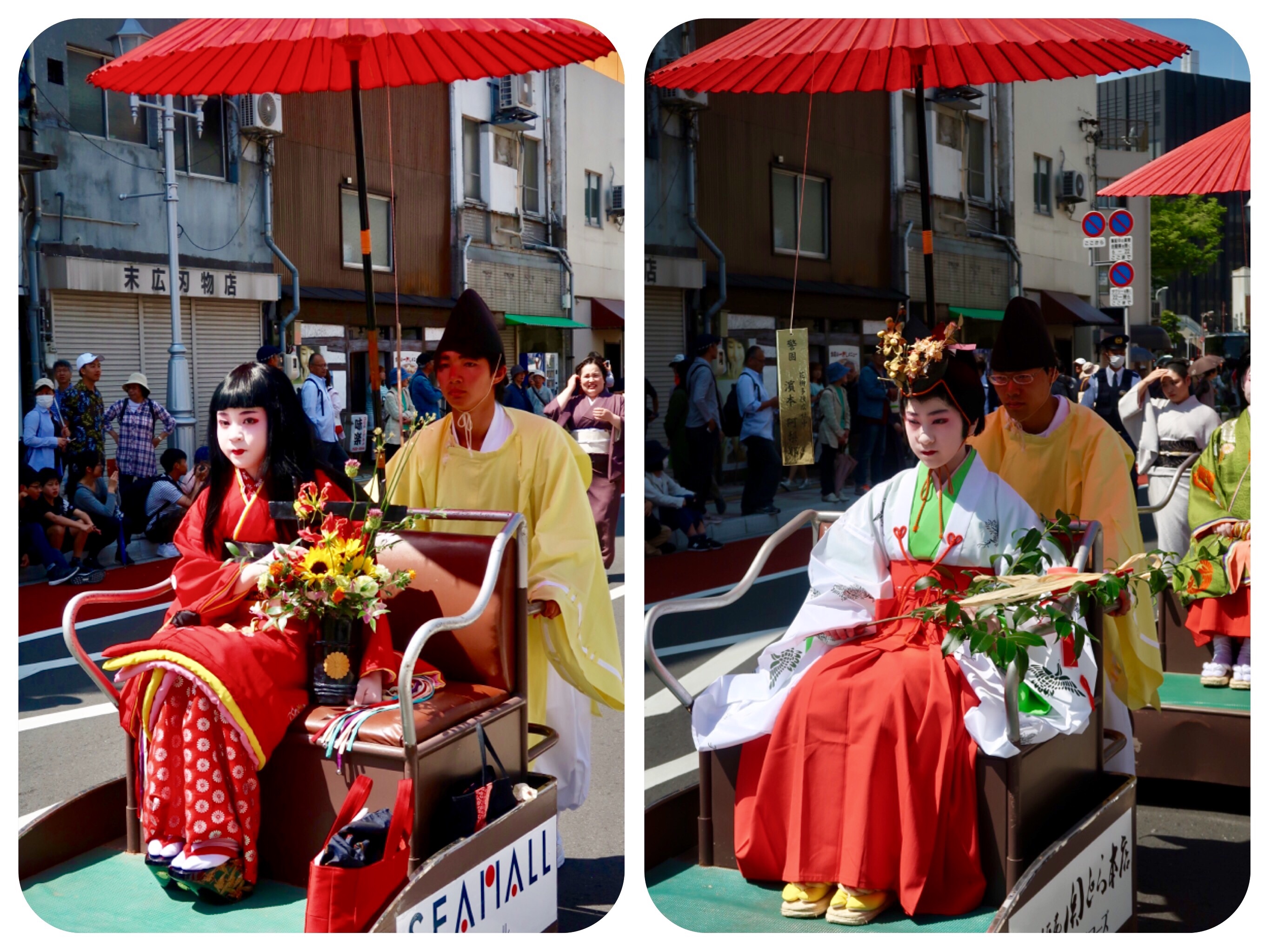 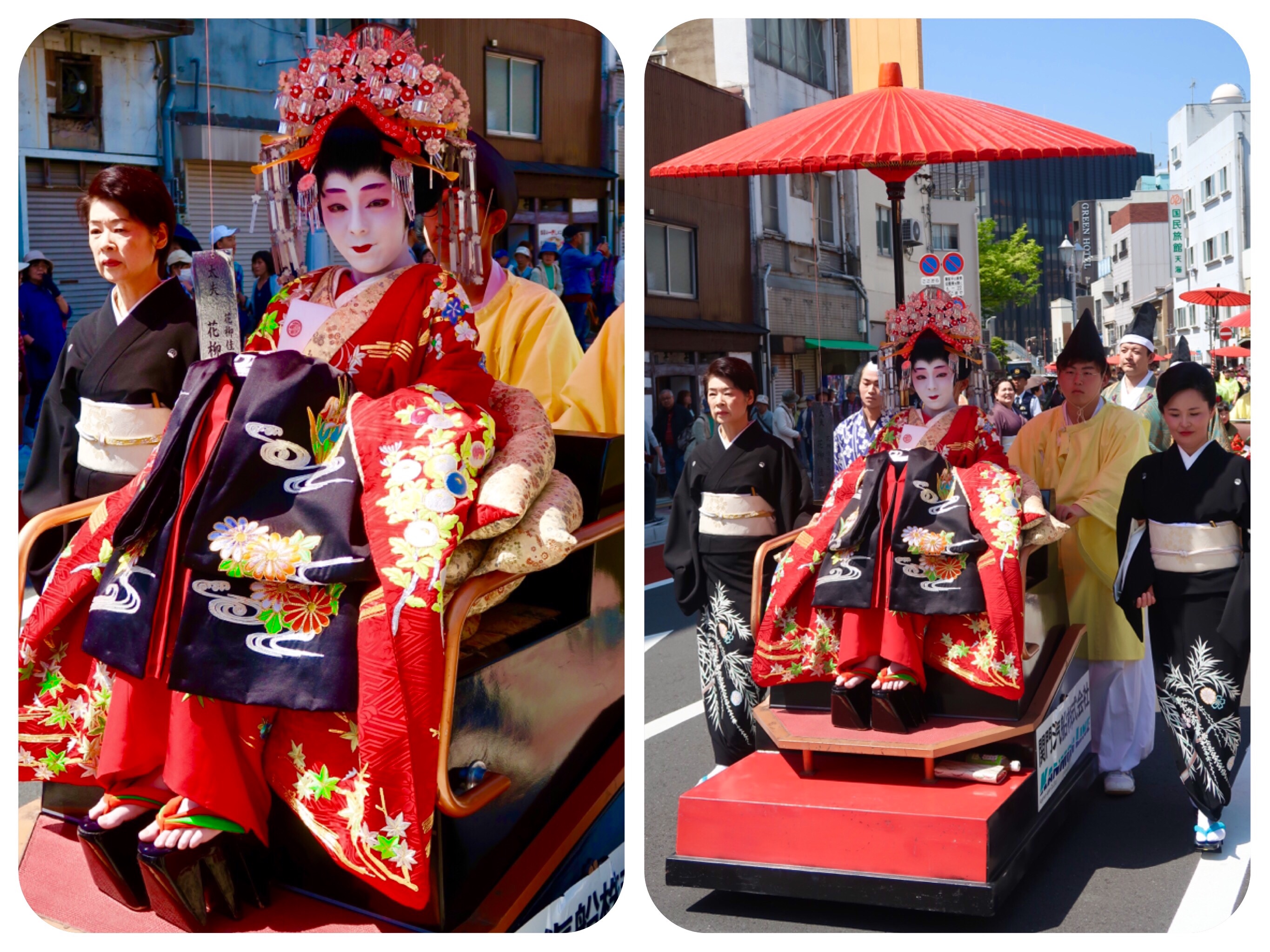 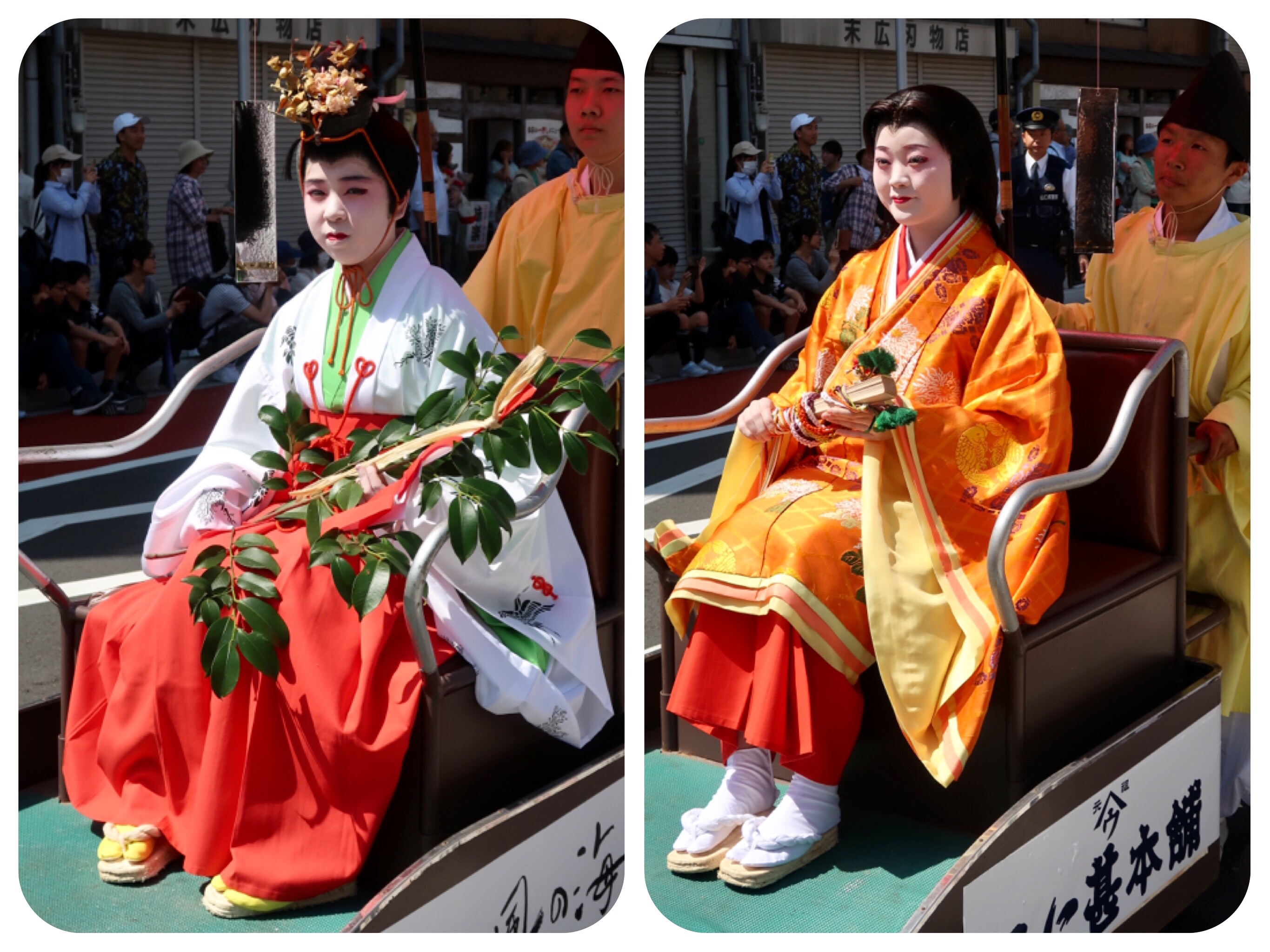 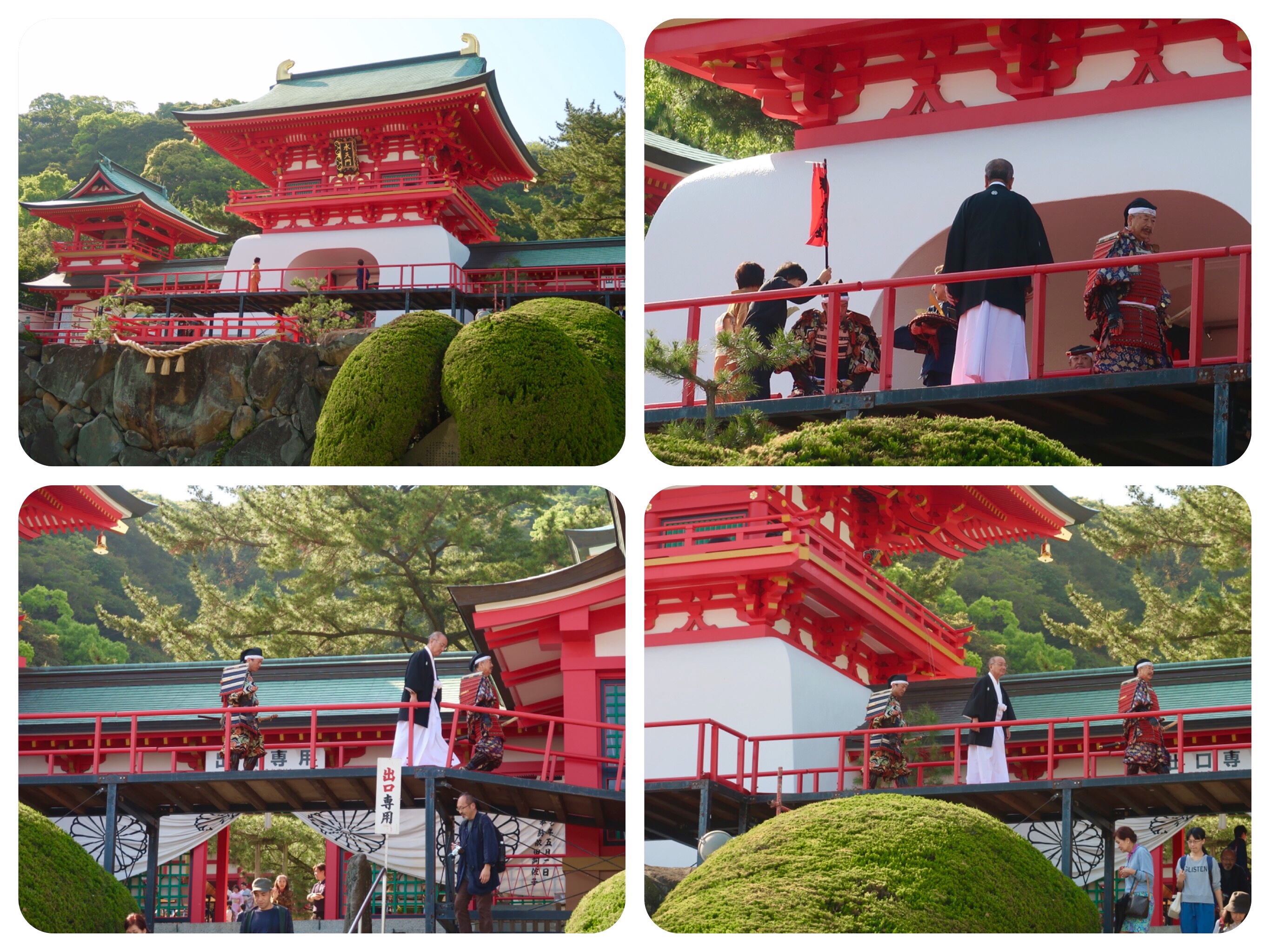 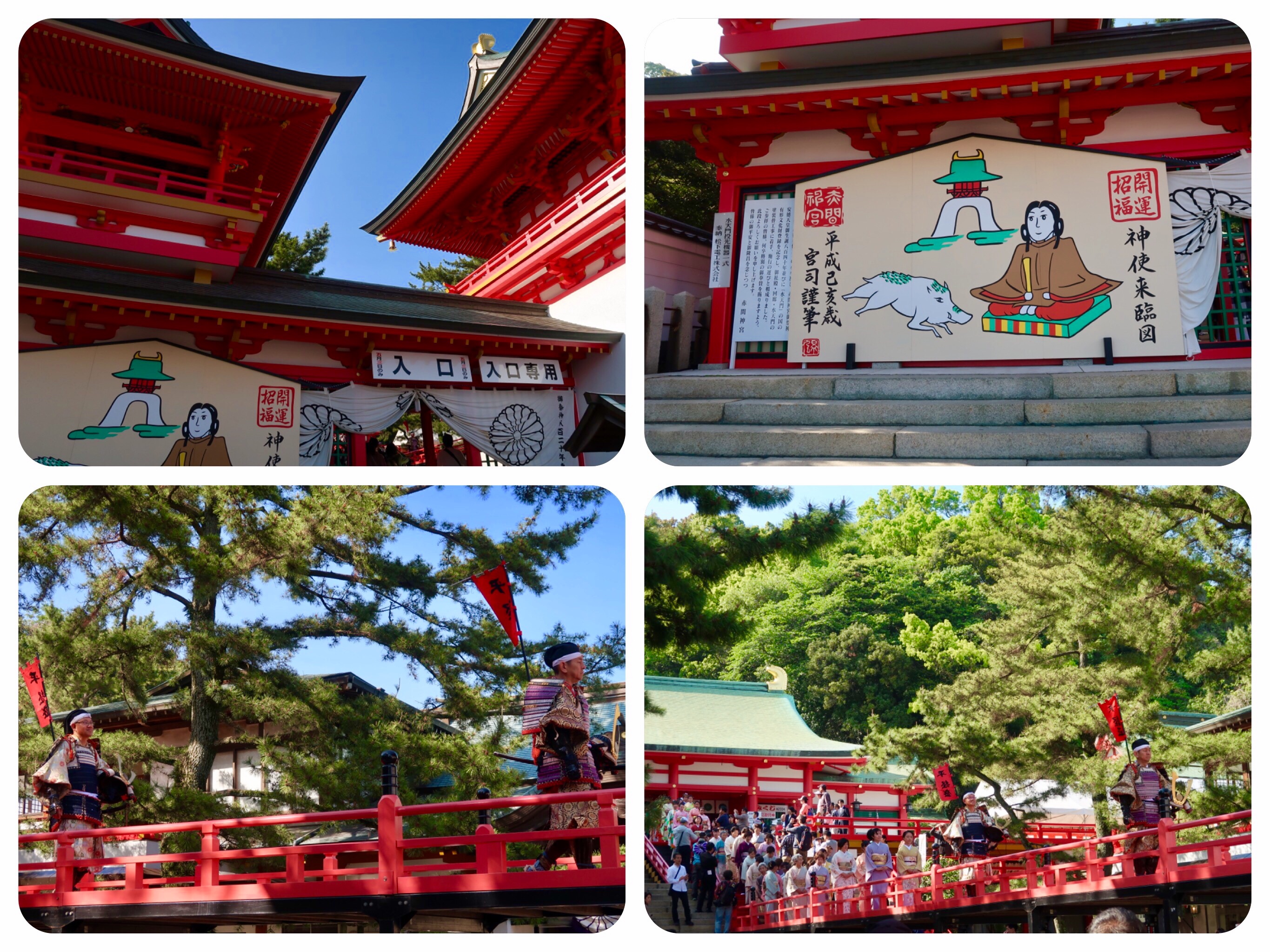 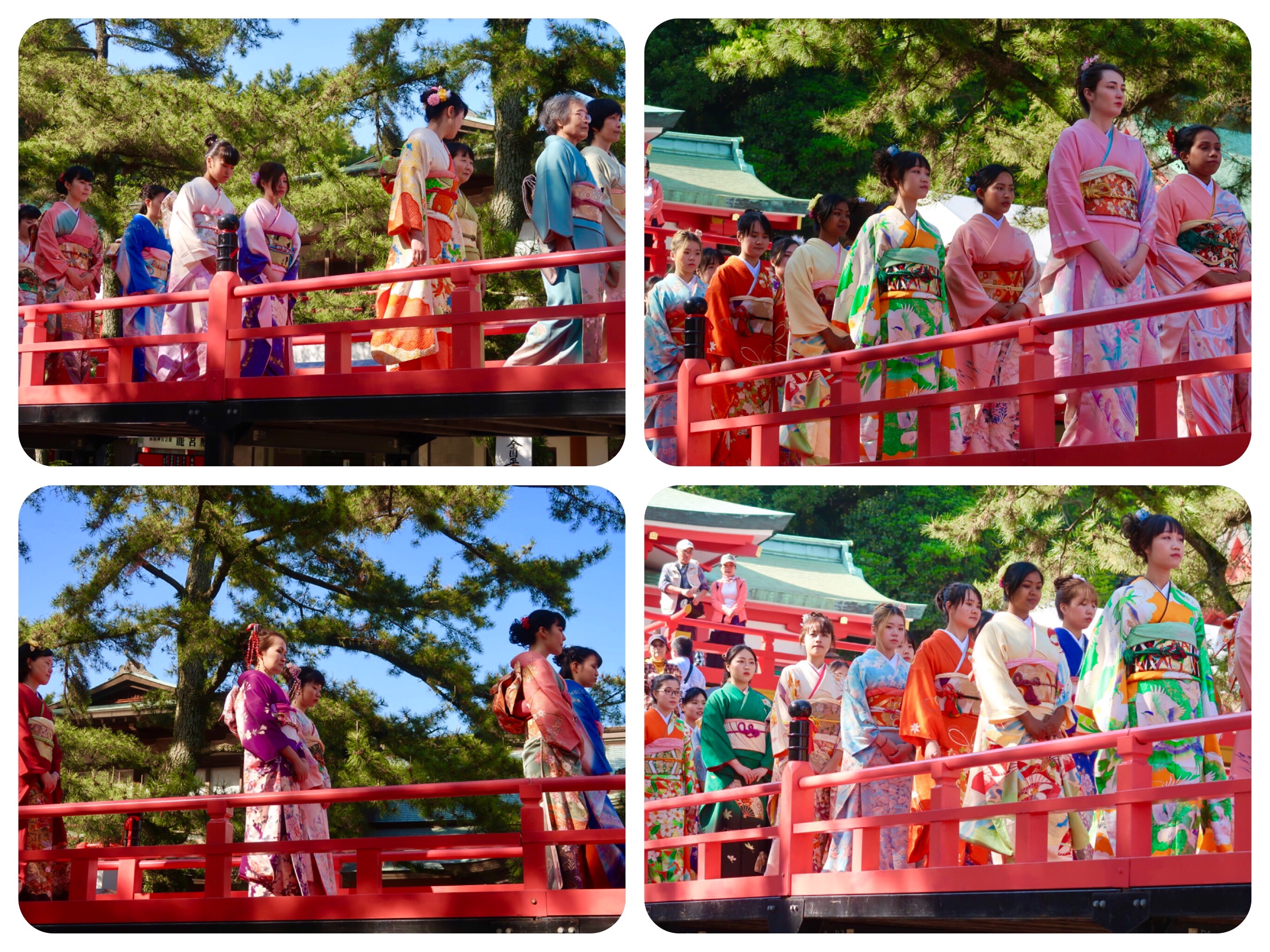 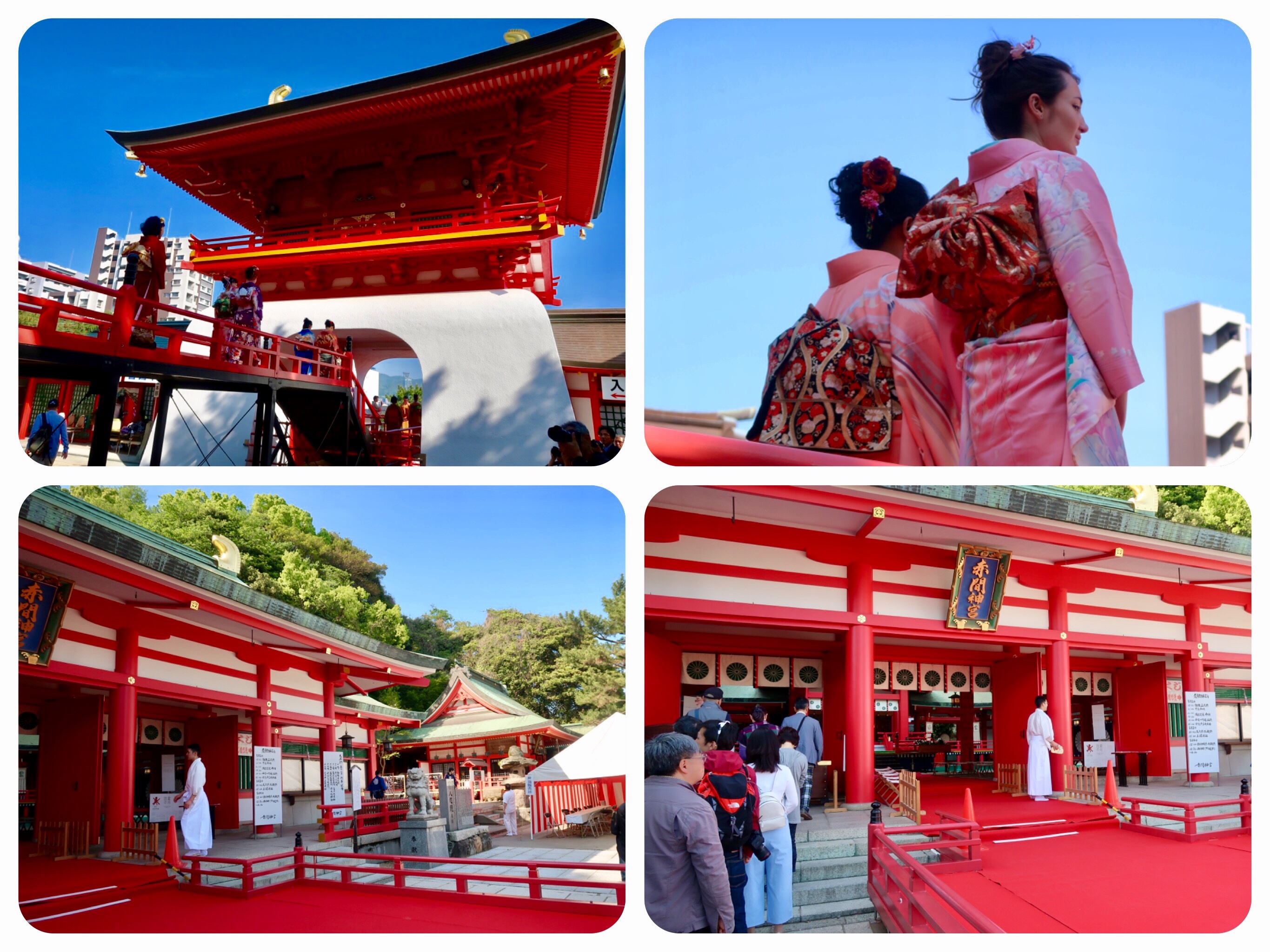 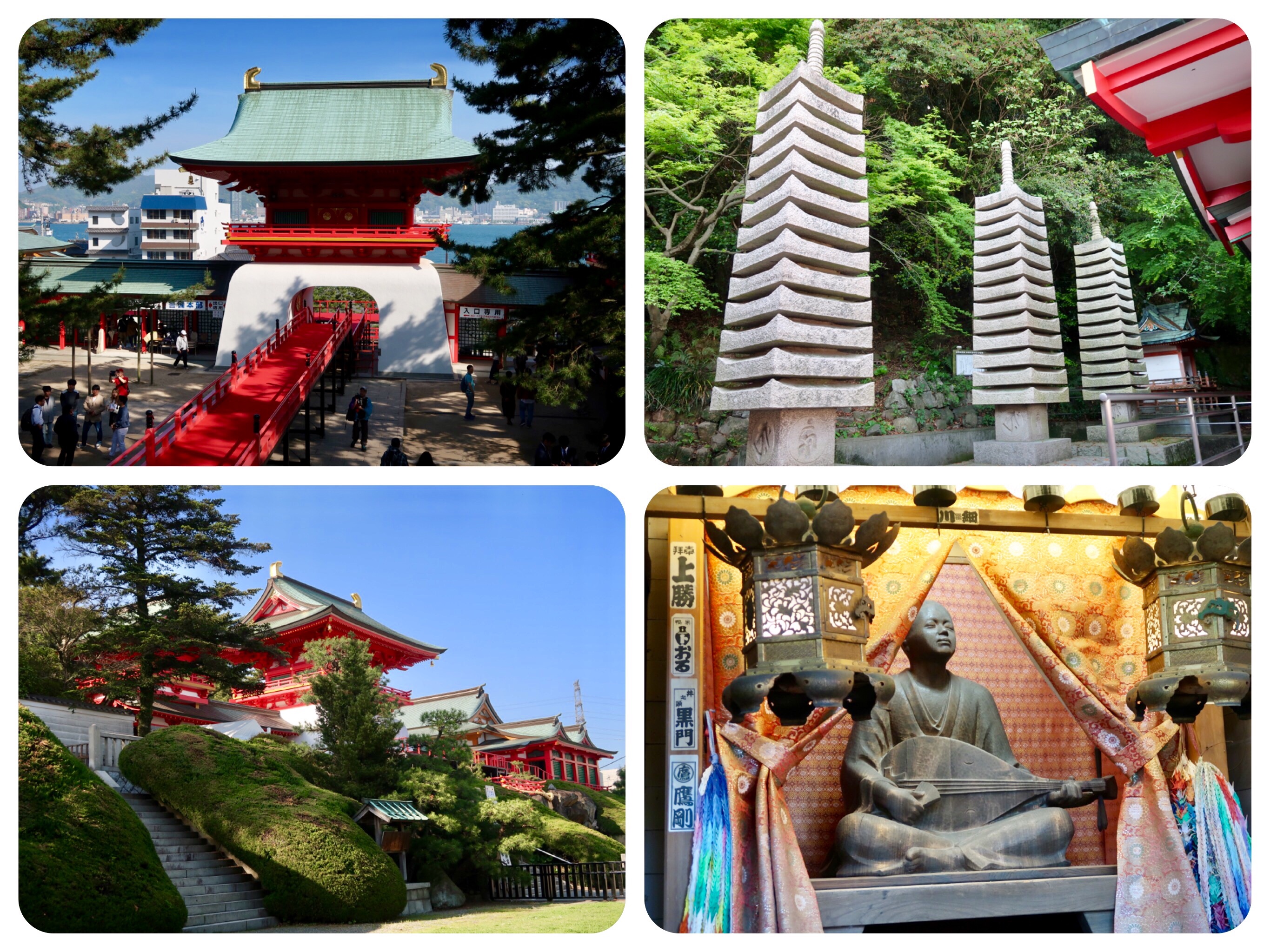 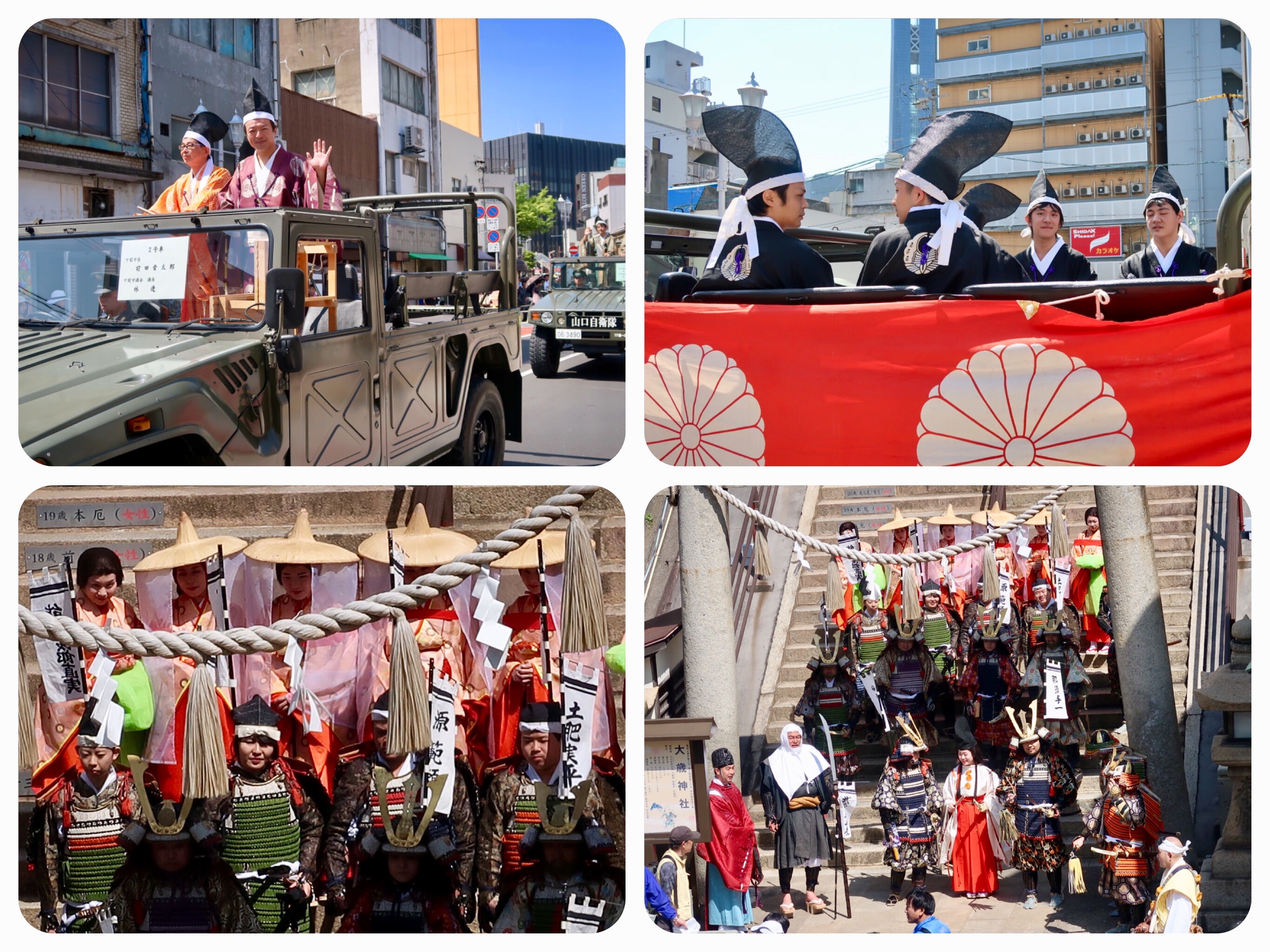 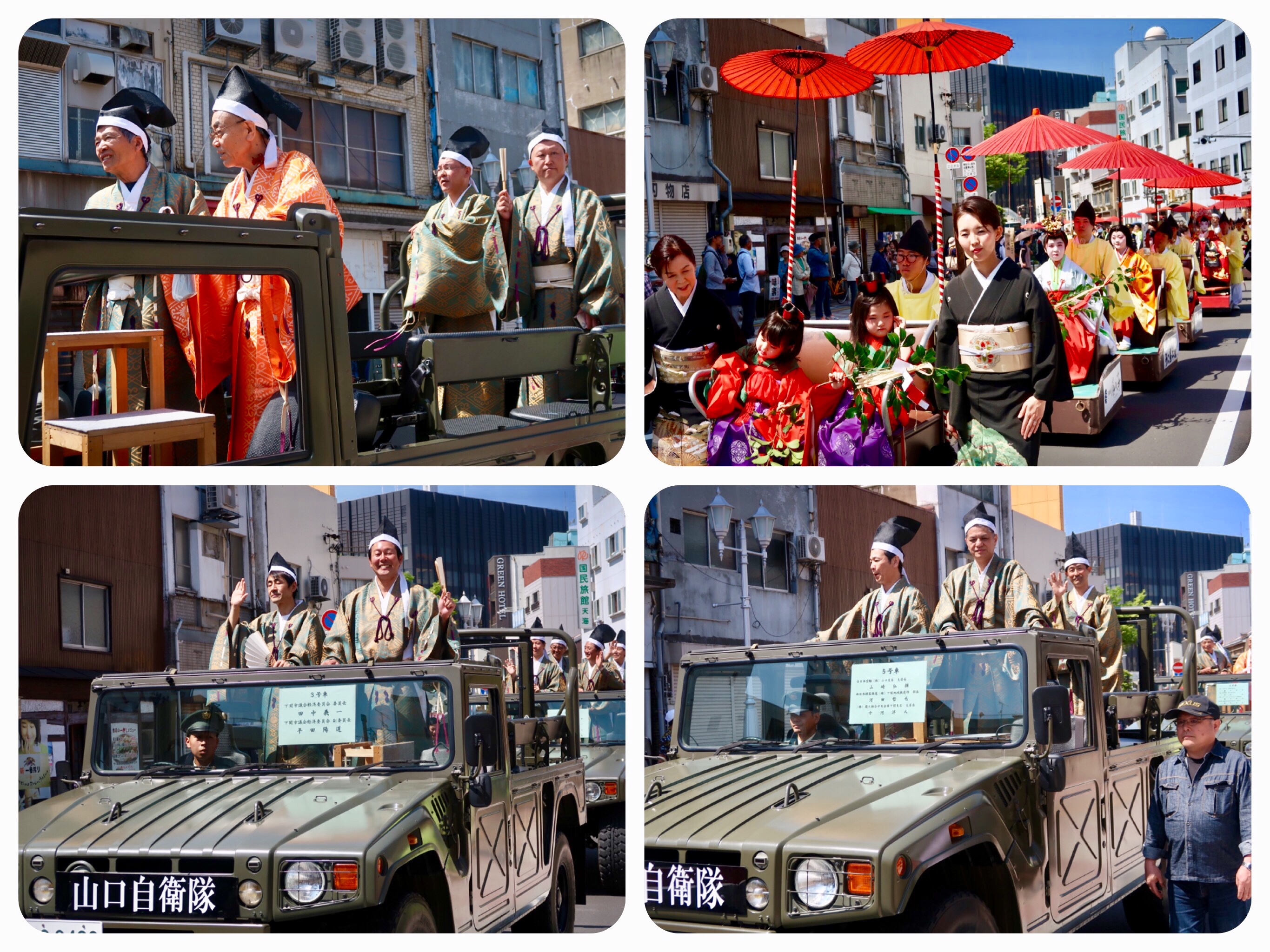 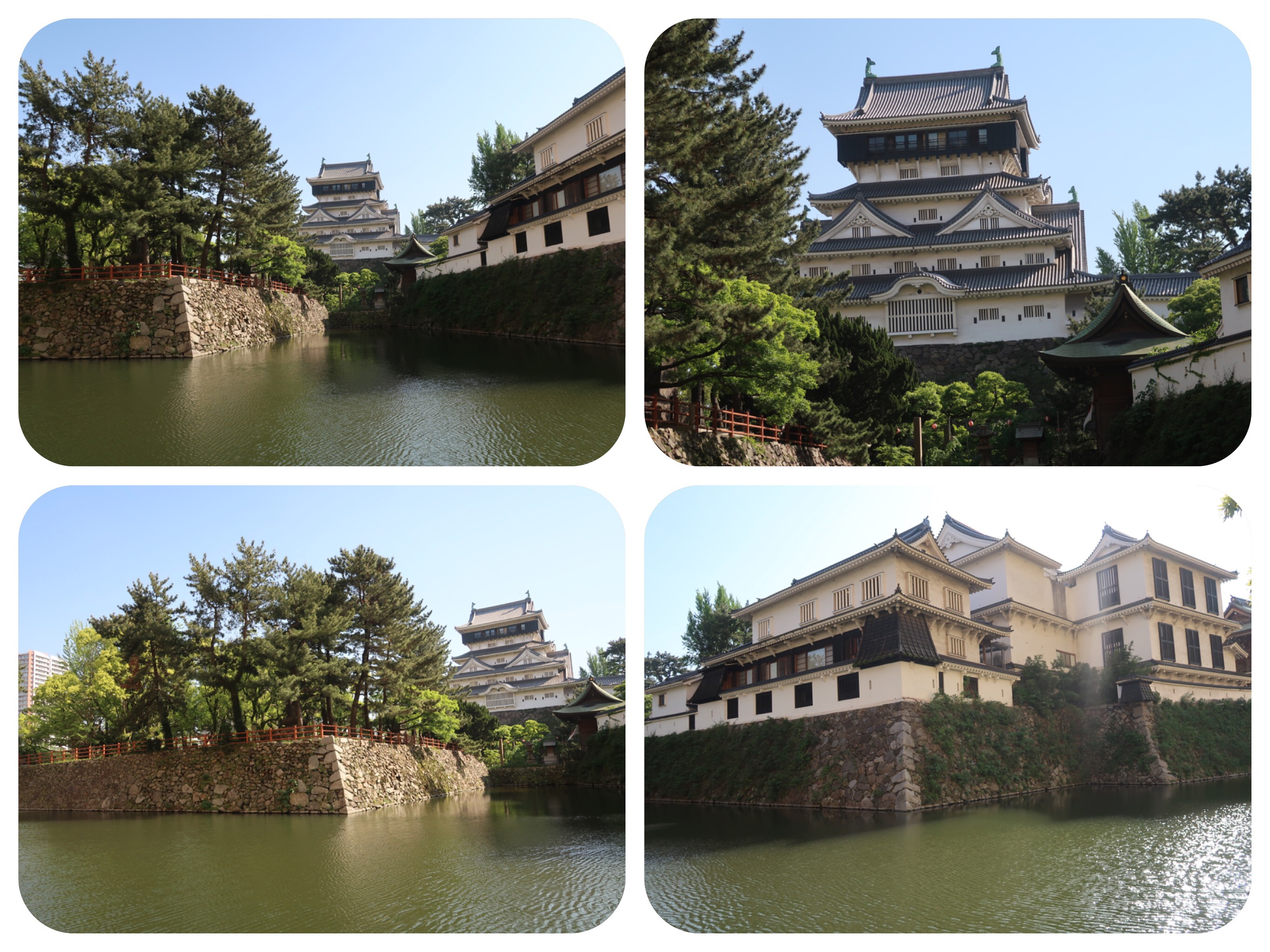 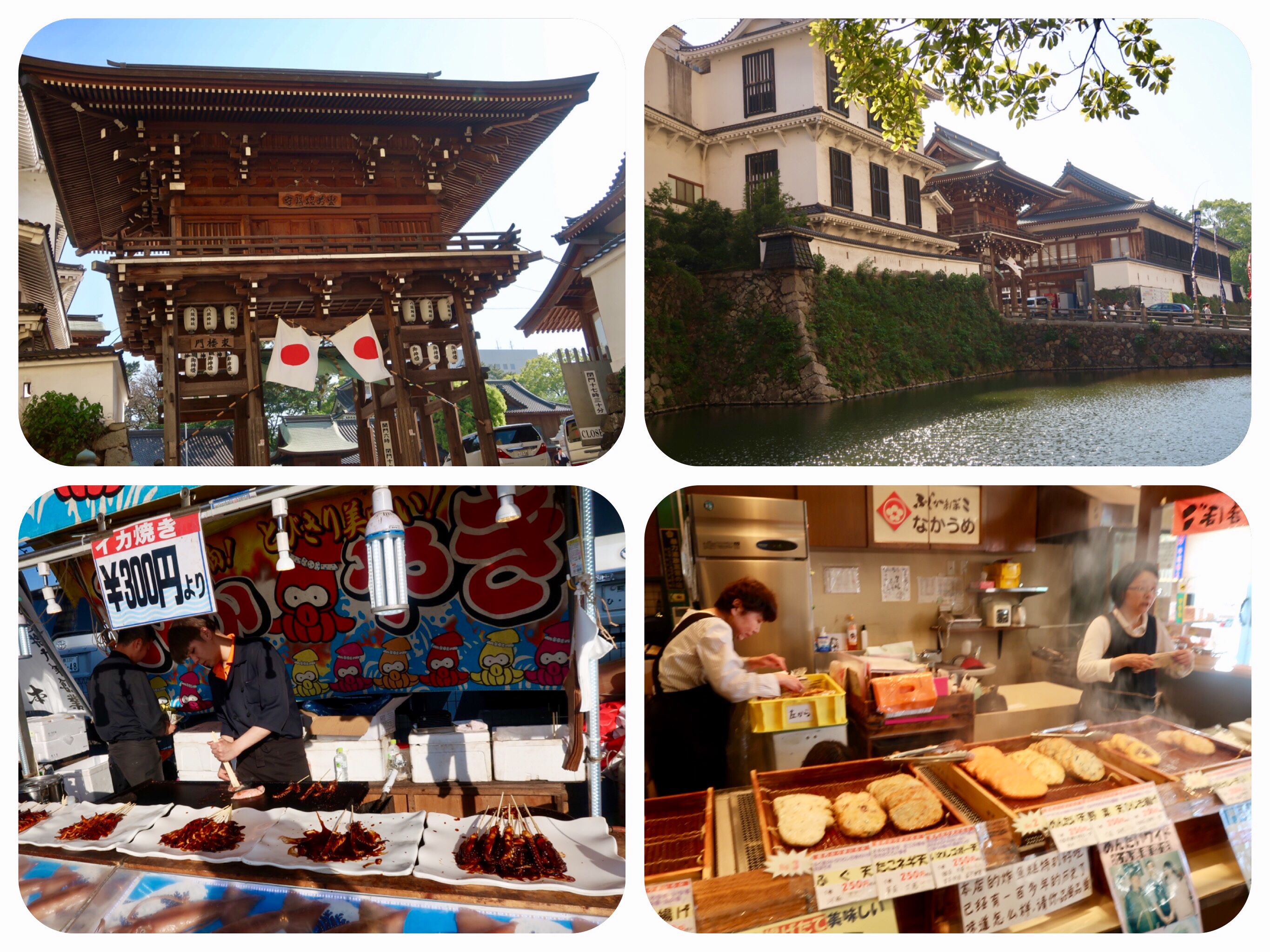 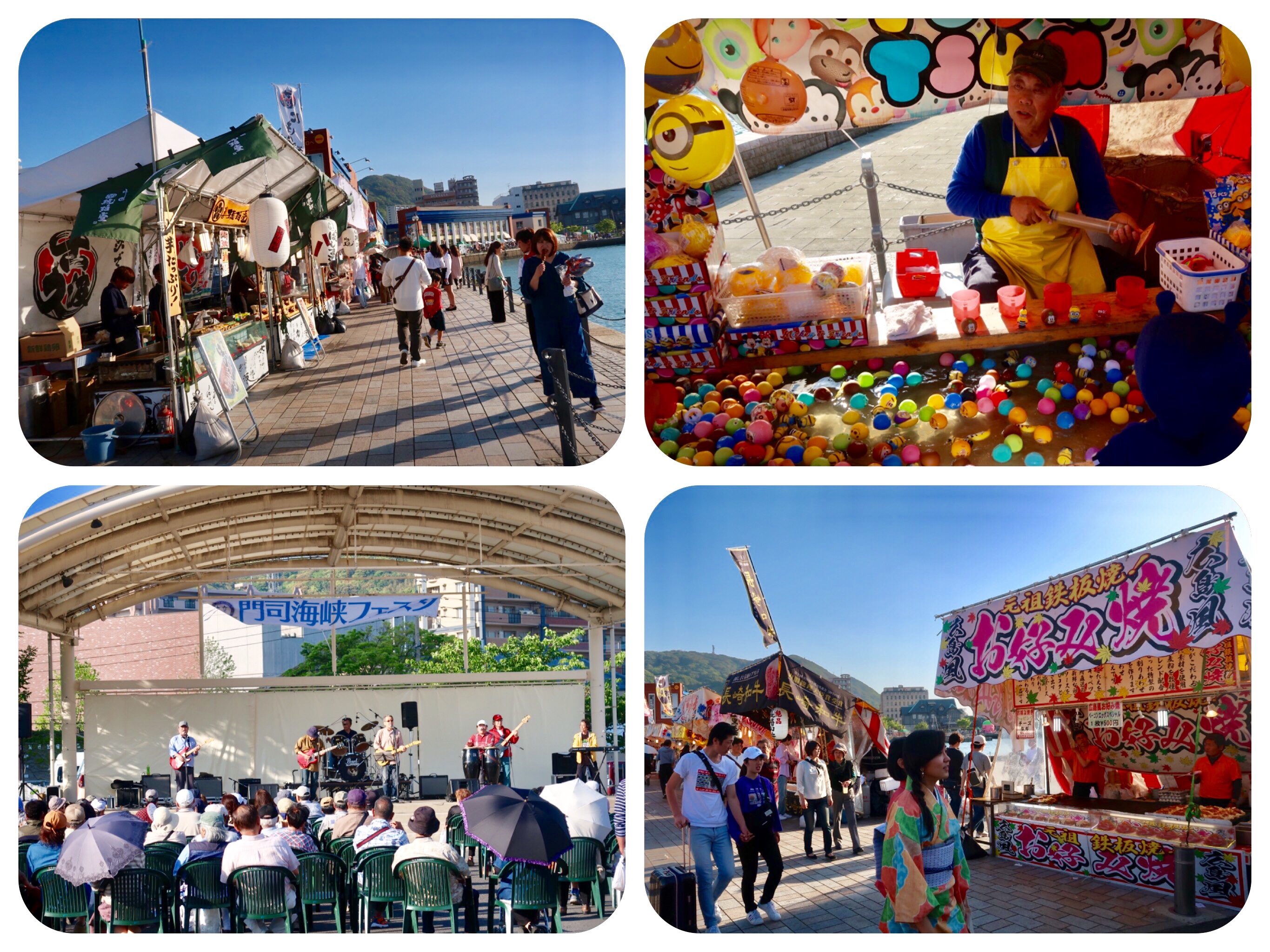 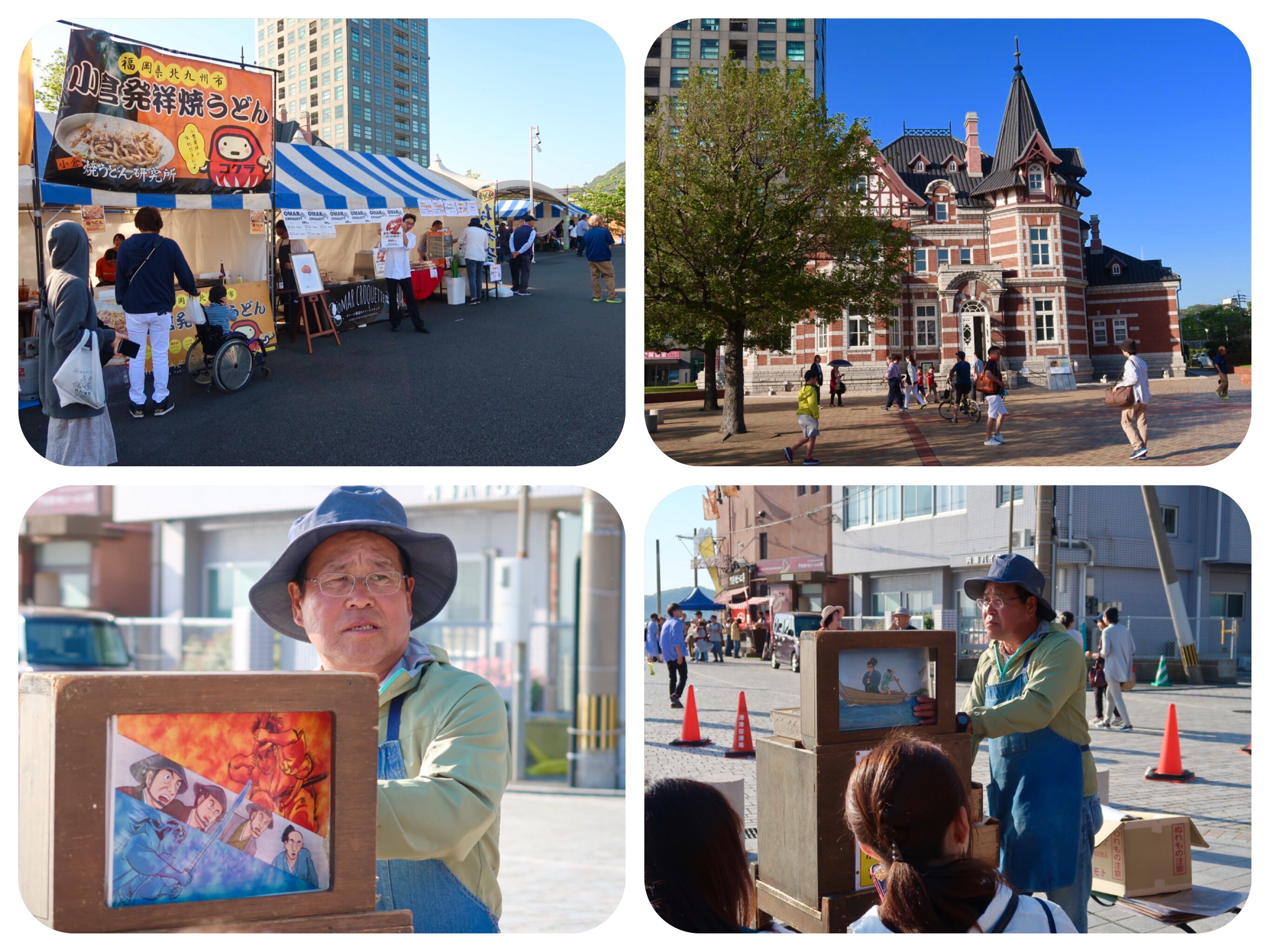 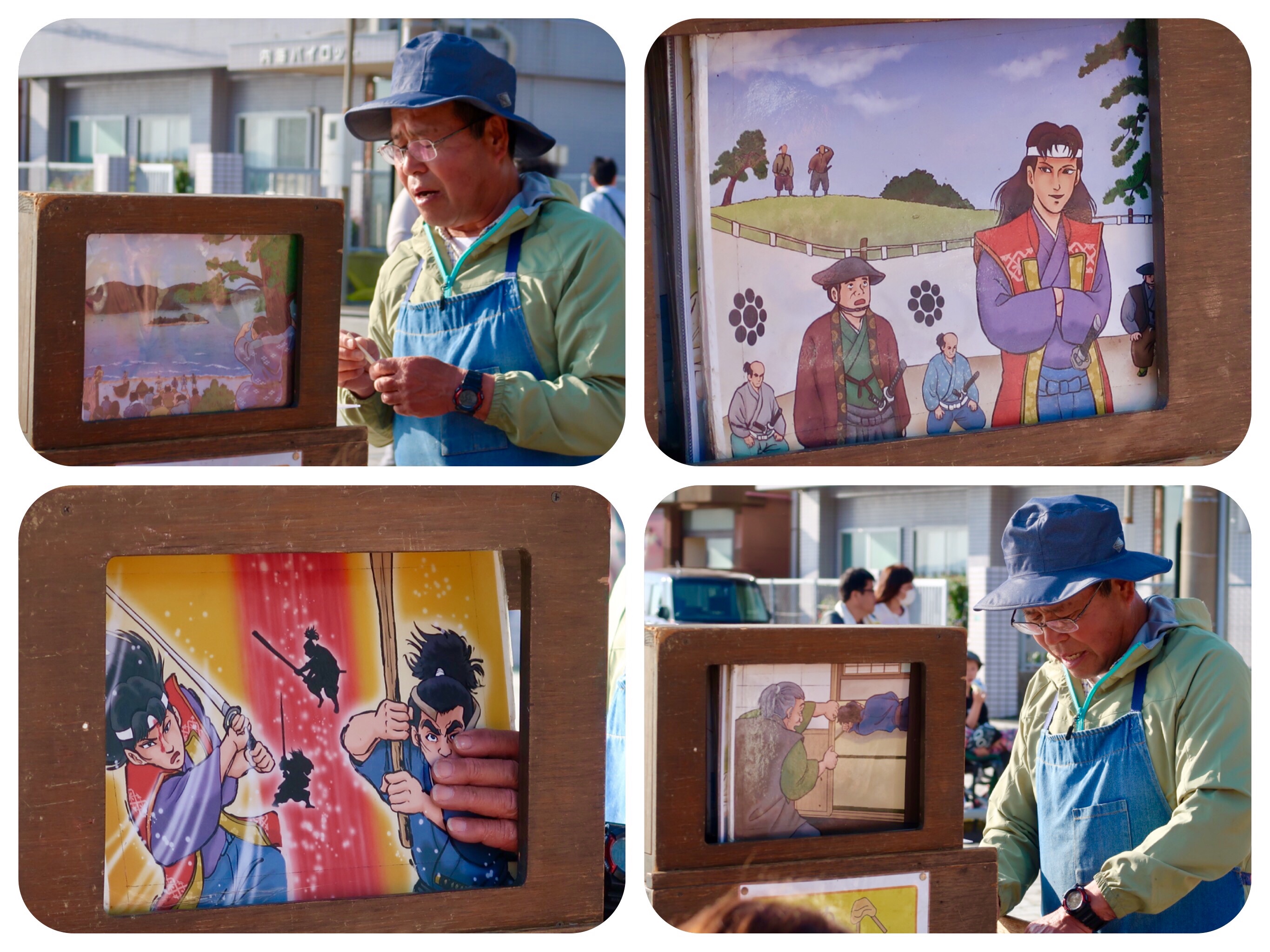 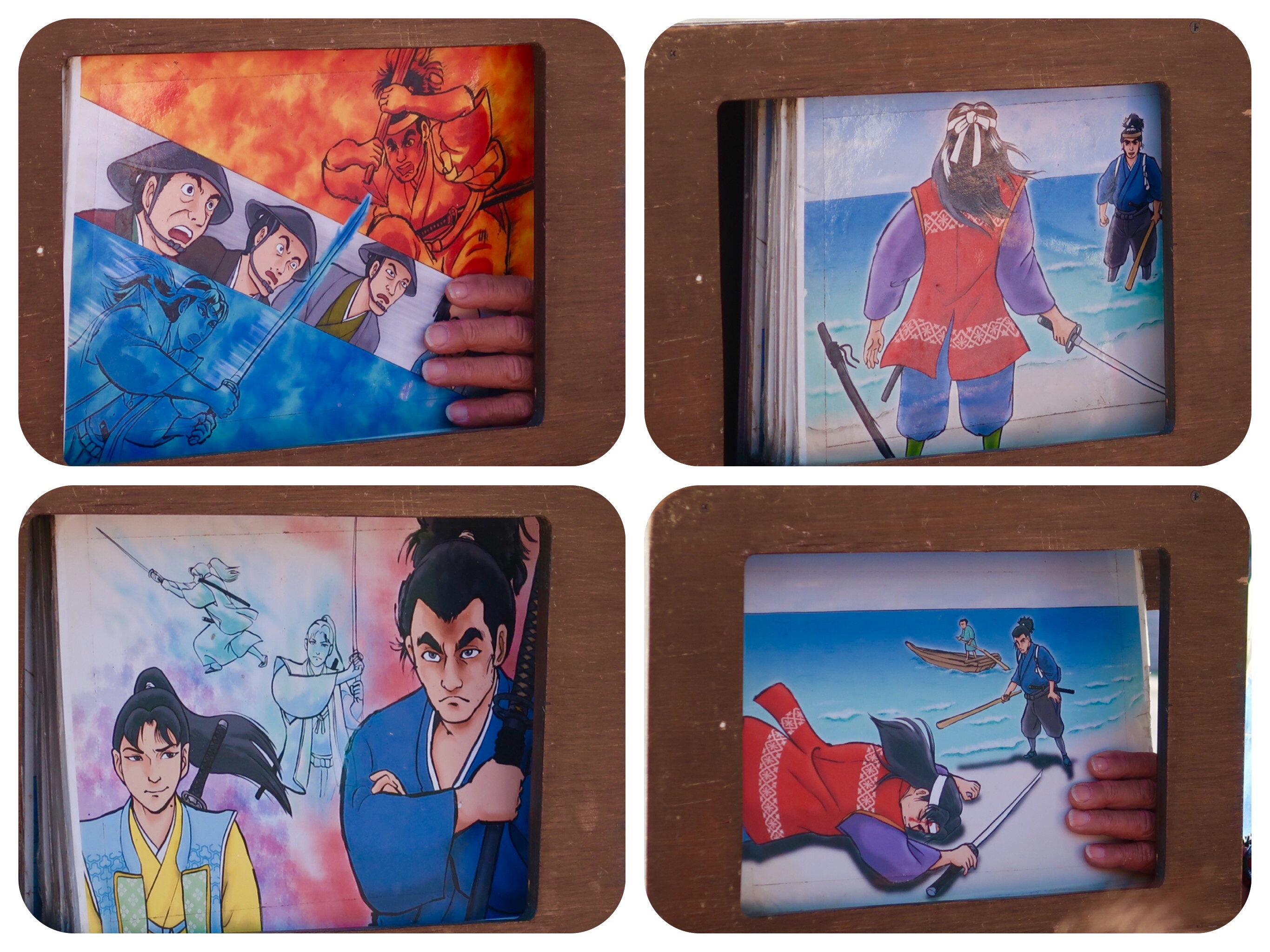 Day 28 – The Chūgoku 33 Temple Kannon Pilgrimage, Japan – The Sad Story Behind The Sentei Festival, A 900 Year Old Matsuri In Shimonoseki, and Sightseeing In Mojiko Retro And Kokura, Kyūshū

Every year on May 3rd, a major Matsuri (festival) takes place in the city of Shimonoseki.
If May 3rd falls on a weekend, the festival is celebrated from May 2nd-4th.

The Sentei Festival is a very old festival, commemorating the fate of the Taira clan women, after their men were defeated in the Dannoura Straits battle.

The Dan-no-ura battle took place right here in the Shimonoseki Straits, off the southern tip of Honshū, in between Honshū and Kyūshū.

Now, here is where the story gets sketchy, and the information a bit abstract.
Even in Japanese language sources, the facts are not clear, so the exact meaning of the colorful and stately procession of women that is the key part of this Matsuri is not really known.

One version of the story says that after all the Taira men were killed, the Taira women were sold and forced into prostitution.
In other words, this was an old case of wartime sex slaves and comfort women.

Another version of the story tells that the women were left uncared for, because all of the men of the Taira clan were killed, and out of dire poverty, they became prostitutes in order to survive.

The story that says that the Taira women were forced into prostitution in order to pay for the funeral rites of their dead relatives, seems to me to be the least likely one.

The beautiful Akama-Jinja shrine, in which the festival takes place, was indeed a Buddhist temple up until the Meiji era.
This means that the Taira women did indeed need money to pay for their men’s funeral rites, as done by the Buddhist temple.
But since this was war time with thousands of dead men, it is very unlikely that the Buddhist priests, even in a temple controlled by the local feudal lords, would have demanded money from poor and impoverished widows.

On pure instinct, I decided that we should walk on Buzenda street on our way to the hotel, to leave them our backpacks.
We did not have big goals of walking for today.
We planned to do some sightseeing in this southern part of Honshū and northern part of Kyūshū.

We planned to see the festival, to walk around Shimonoseki, take the ferry over to Mojiko, and then the train to Kokura, both on Kyūshū, and then come back to Shimonoseki and rest.

Buzenda street was closed to car traffic, and people were sitting by the side of the street, in expectations of the upcoming parade.
We asked people when the parade would come, and they said at 10:30 AM.
Across the street was a barber shop and Jules wanted a haircut, so we went in.
Almost immediately after Jules sat in the barber’s chair, the parade started.
The friendly barber wiped the shaving cream off Jules’s head, and we went outside to see the procession.

The first cars were military jeeps with local politicians riding in them.
One man waved at us and said: ‘I am the mayor of Shimonoseki!”
We greeted him hello and waved.

A man who spoke English came over to chat with us, and told is that the man inside the first jeep who had talked to us, was indeed the mayor of Shimonoseki.
He asked us what we were doing here and why.
Then he asked Jules his age, and said that he too, would turn seventy this month.
Jules asked him how was his health.
The man mentioned a few things that were wrong with his health and asked Jules how he was.
Jules said, “Pretty good!,” not wanting to brag that he was in perfect health.

The women were strikingly dressed, in bright, colourful dresses and shoes that were 30 centimeters long, as the procession made its way to the Akama Jinja Shrine.

Once at the shrine, the women perform the ‘Soto-Hachimonji’ – a complex and elegant style of walking that is almost like a theatrical dance.

The colorfully dressed women in their makeup and hair, looked amazing against the red colored shrine overlooking the sea.

The other version of the history of the festival that I have heard, has nothing to do with prostitution.
It simply says that that the Taira clan’s court ladies, who survived the battle, started the festival as a way to commemorate their fallen Emperor, a young boy who drowned himself in the Straits, rather than be captured.
Every year, they dressed up in their fineries and paraded through the city to the shrine, to pay homage to their emperor on the day of his heroic death.
How likely it is that the ruling clan allowed them to do so, is unknown and very questionable, knowing the bloody history between these two clans who fought often in the past.

From the Shimonoseki boardwalk, you can take the ferry to Mojiko Retro.
It is just a 5 minute ride across the straits between Honshū and Kyūshū, but on this busy Golden Week holiday, we stood in a very long, snake-like line to wait for the ferry.

We almost missed our space at the front, when we realized that you couldn’t pay on the ferry, and while Jules kept our place in line, I ran to buy the tickets.

Mojiko has a collection of brick buildings and European-influenced architecture, which are now all converted into tourist attractions.
It also had lots of stalls selling festival food, toys and snacks.
Many people walked around enjoying the sun and the music.

We saw another story teller in Mojiko.
This time he spoke a bit of English and he welcomed us to join the little group that gathered around him to listen.
He gave us some old style Japanese candy that looked like Bazooka bubble gum.
Then he fumbled through his bicycle box and gave us an English transcript of the tale he was telling.
I LOVE storytellers and never pass one without listening.

Then we took the train to the city of Kokura.
Kokura was the first choice target to drop the second atomic bomb on.
It was only because the sky above Kokura was very cloudy on the day of the mission, that the plane was diverted and the atomic bomb was dropped on Nagasaki instead.

In Kokura we saw the castle and the shrine, and picked up the waterproofing spray that we needed from the large Mont Bell shop, to re-waterproof our rain jackets.

Our hotel for the next two nights, the Shimonoseki Grand, is located right on the waterfront opposite the ferry terminal.
We walked down to the waterfront Starbucks and rested from the very hot day.

Total distance walked on the pilgrimage so far: 568 Kilometers

Accommodation: Shimonoseki Grand Hotel.
Located right on the waterfront, near the big fish market, the Aquarium, the boardwalk and the Akama Jinja Shrine.
A bit old, Western style rooms, but restful and comfortable.
No Onsen.