A Visit to Puketi Forest NZ; defining yourself within the context of your surrounding landscape 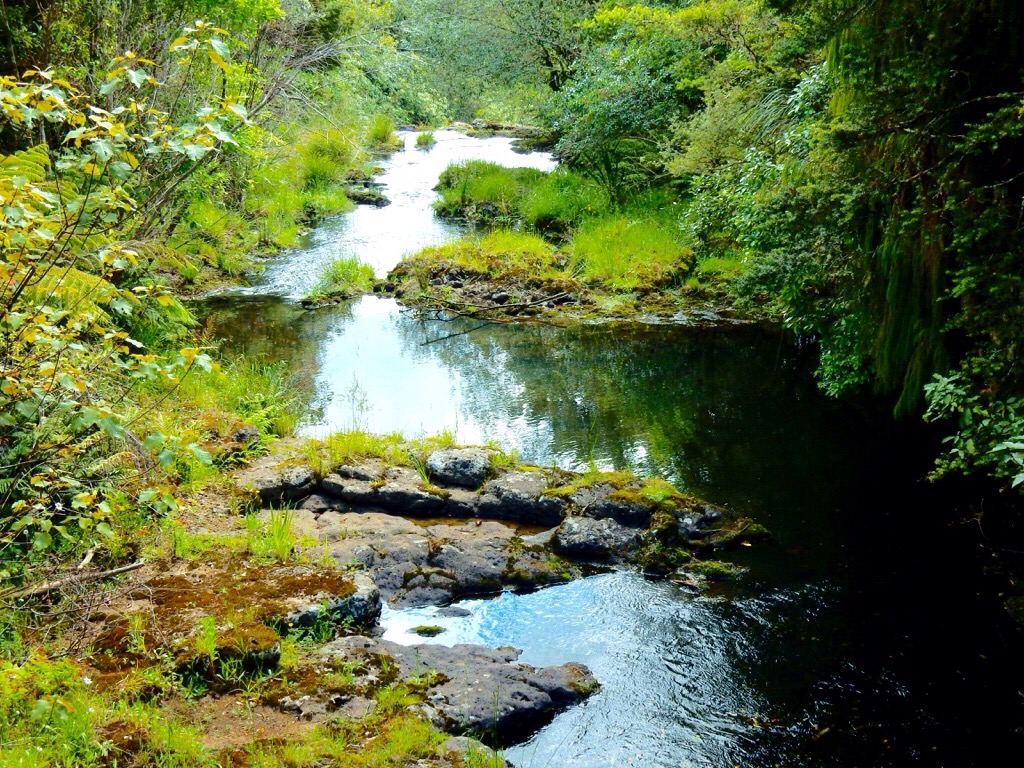 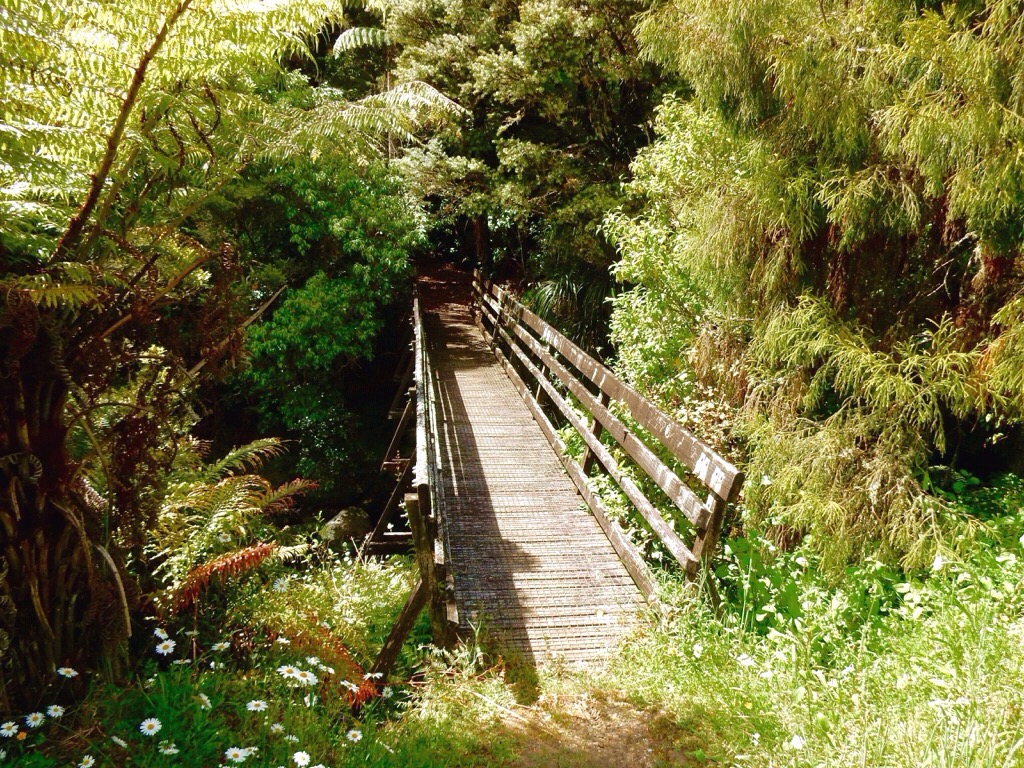 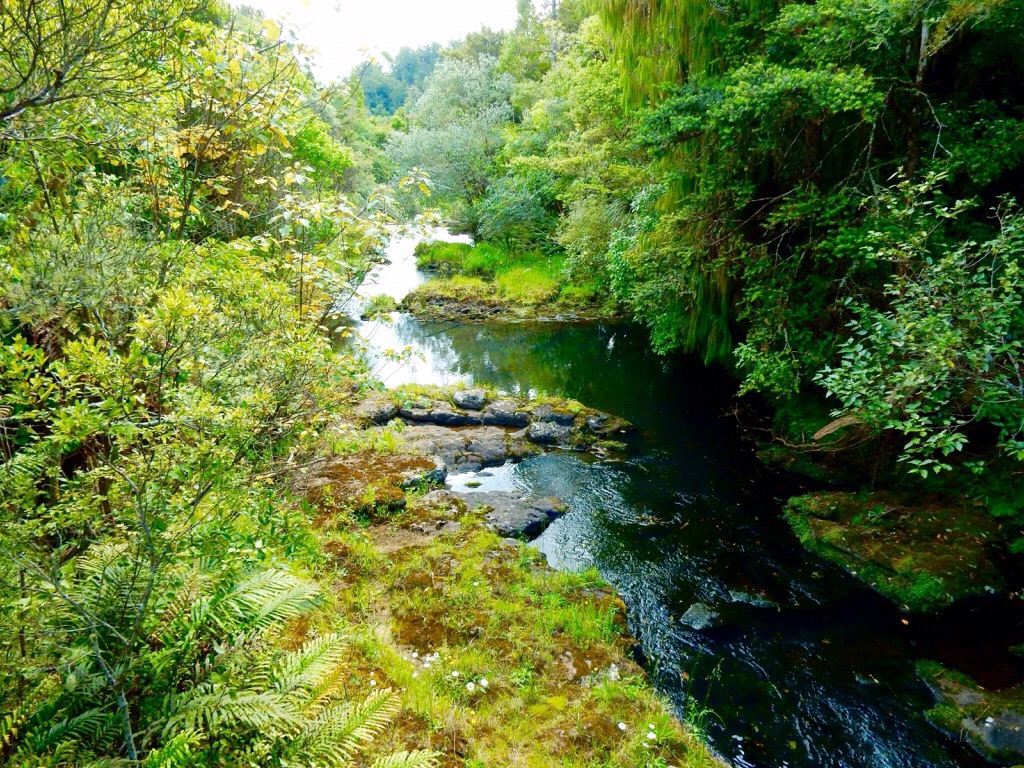 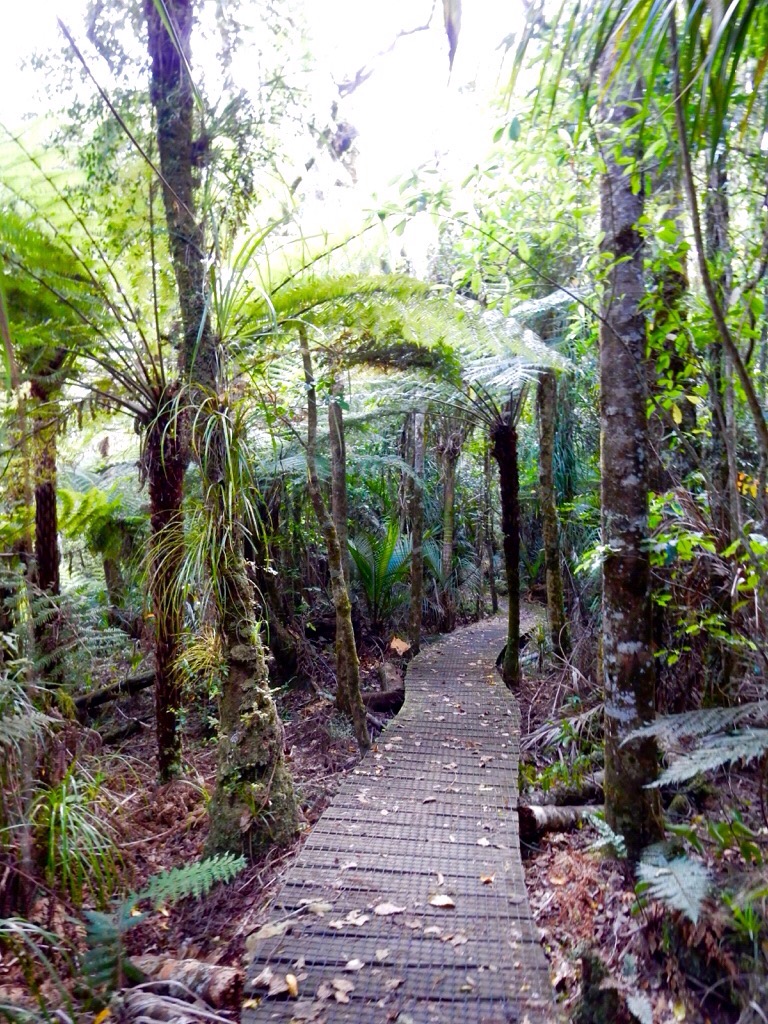 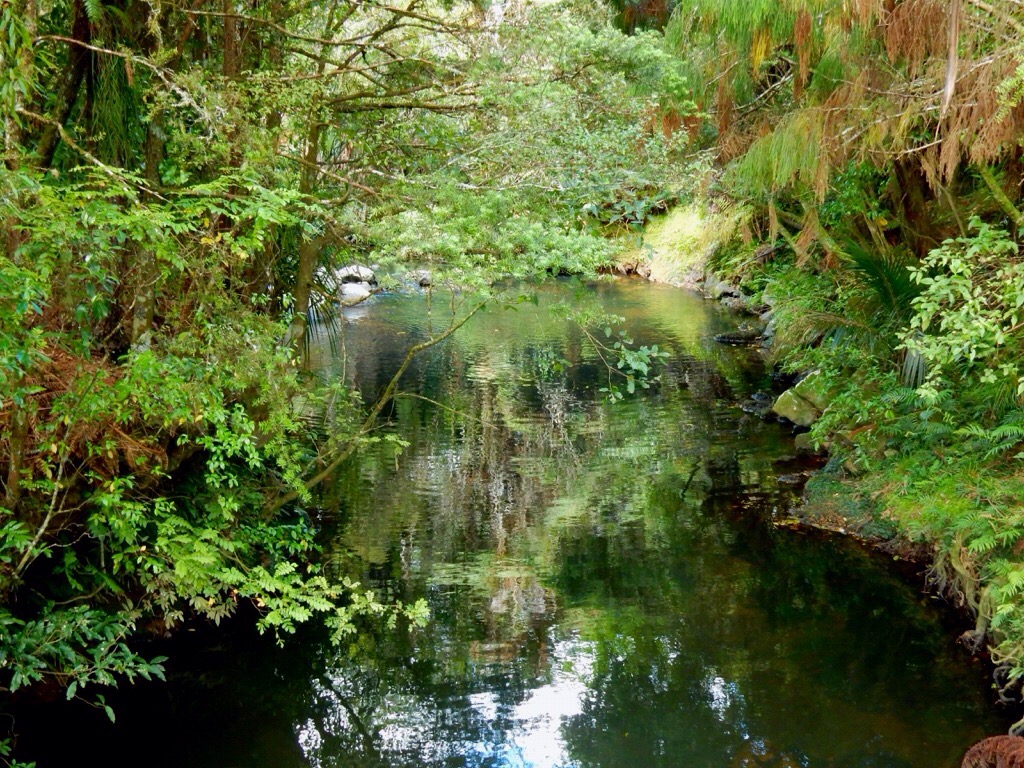 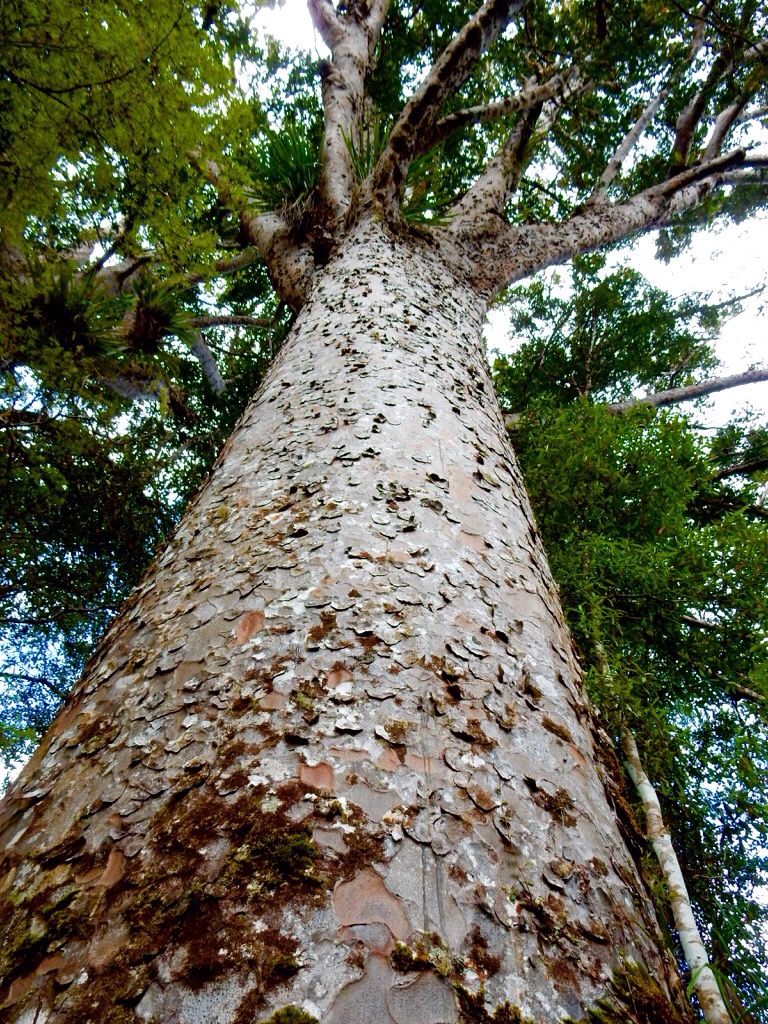 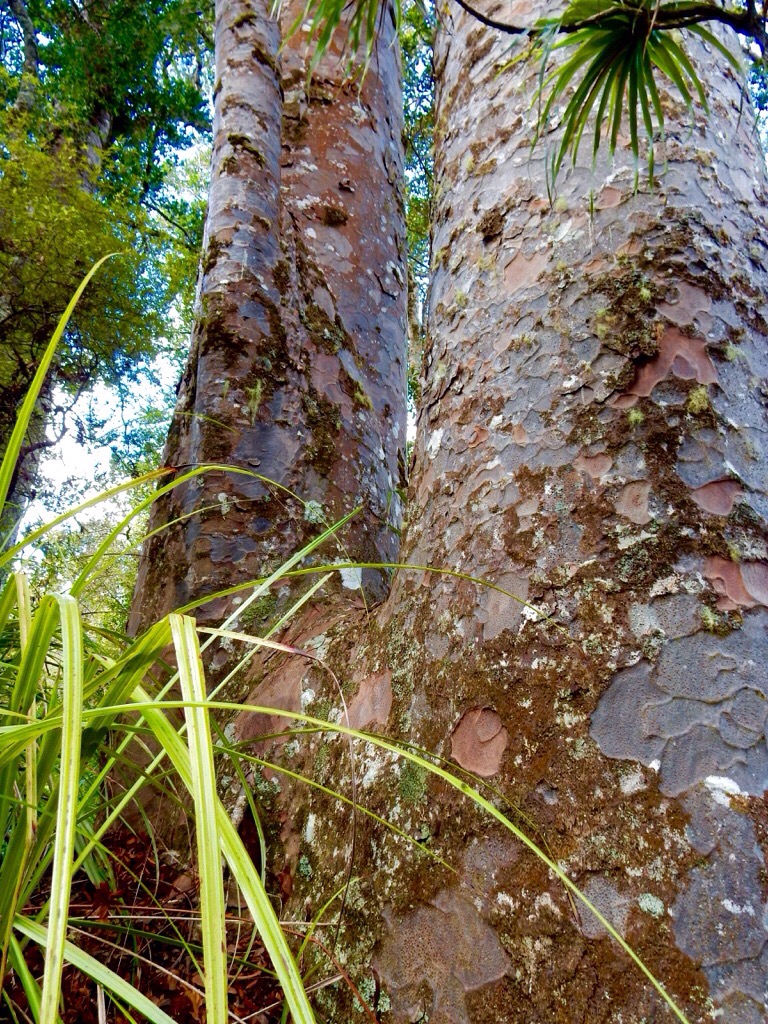 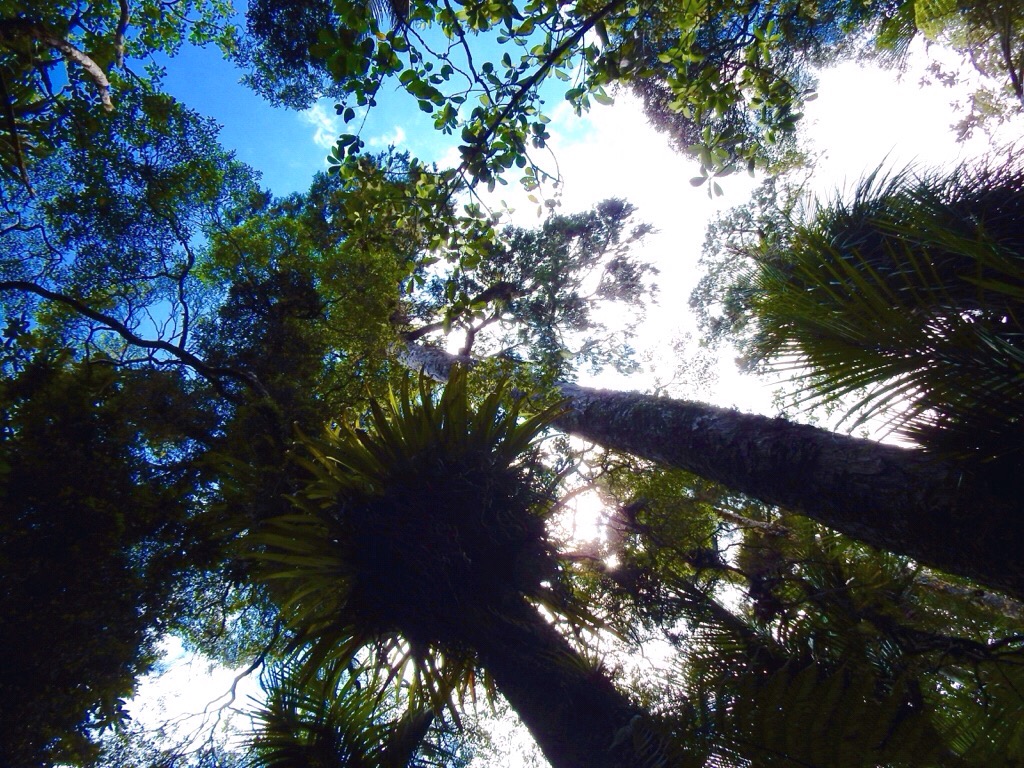 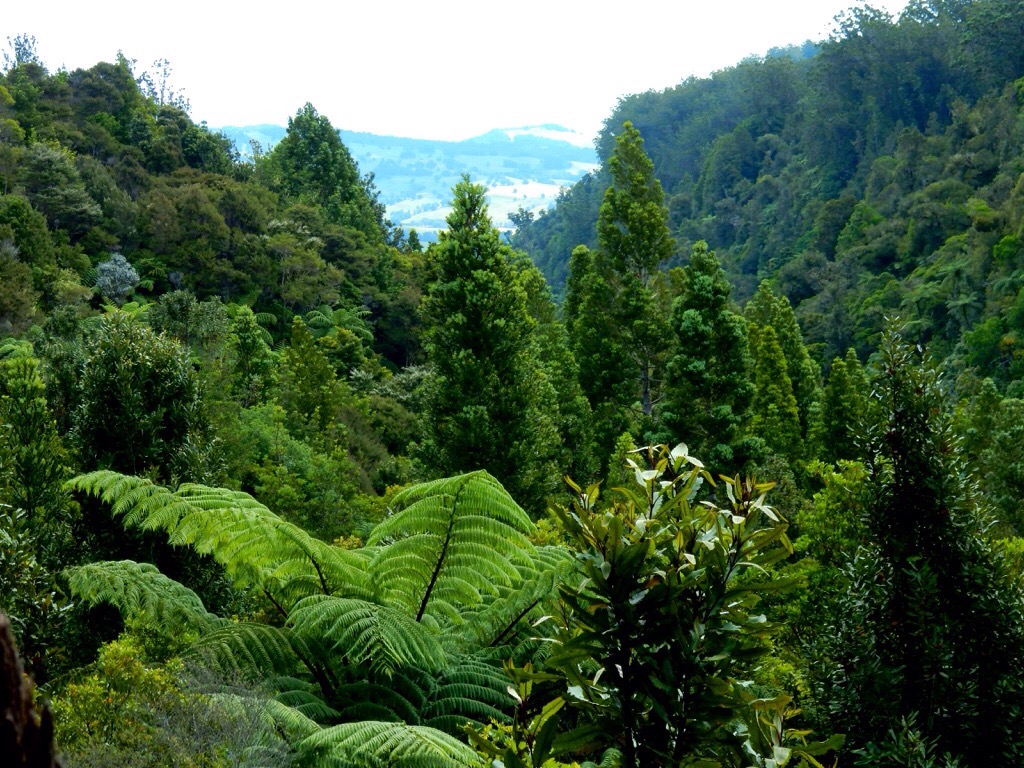 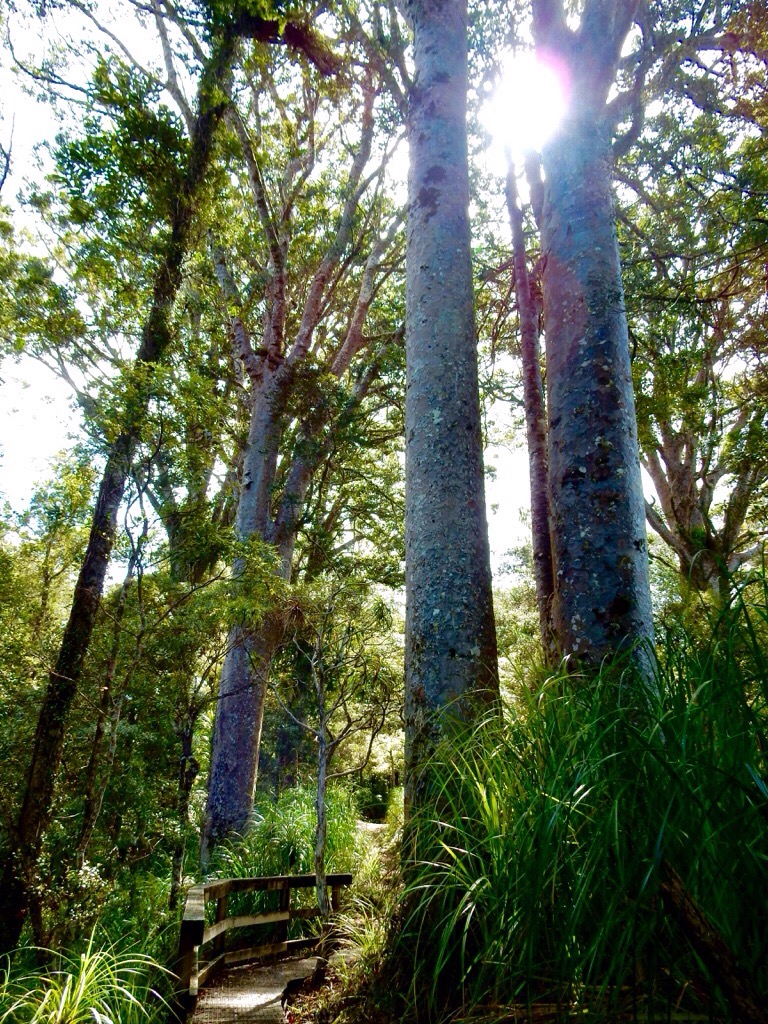 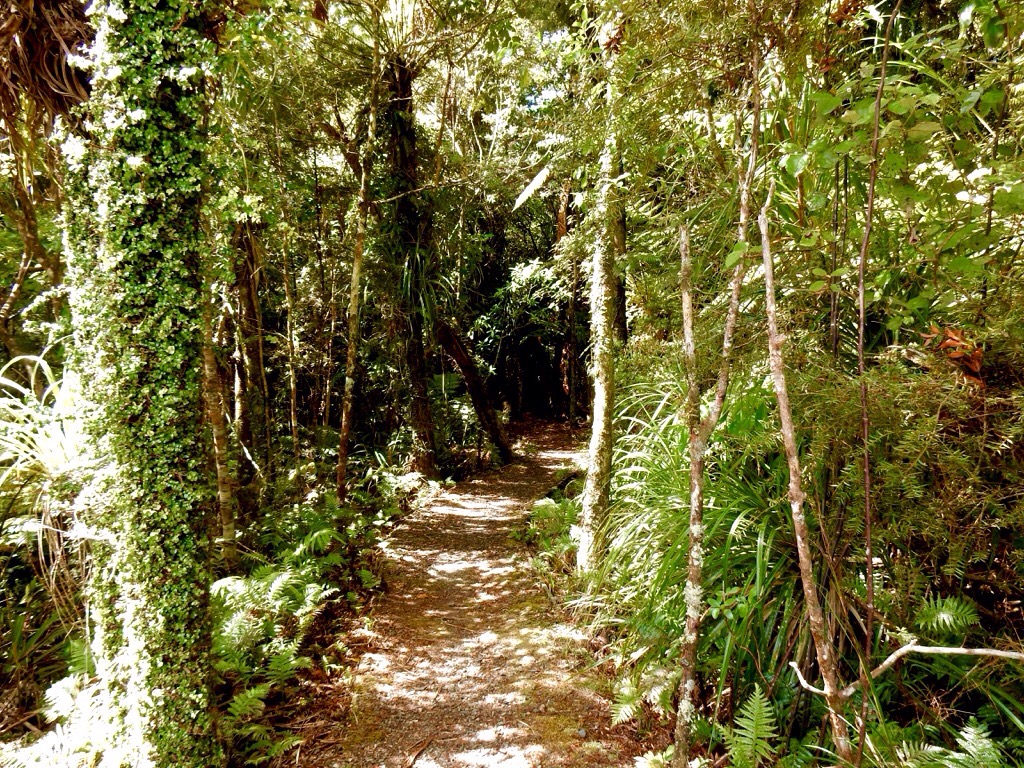 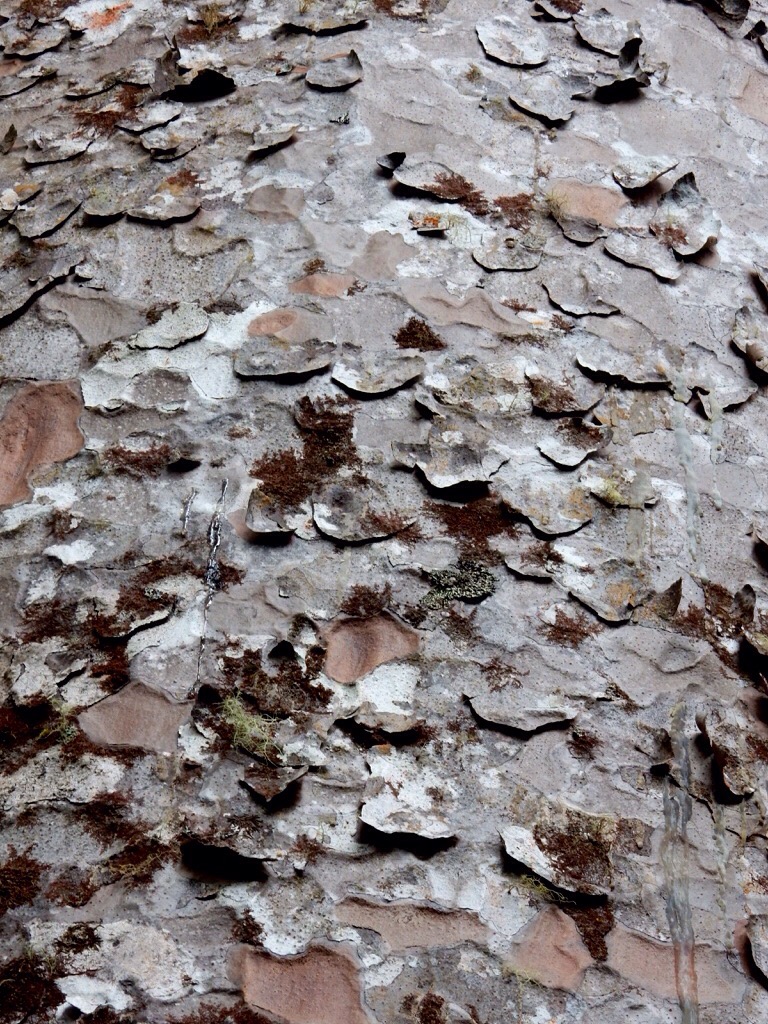 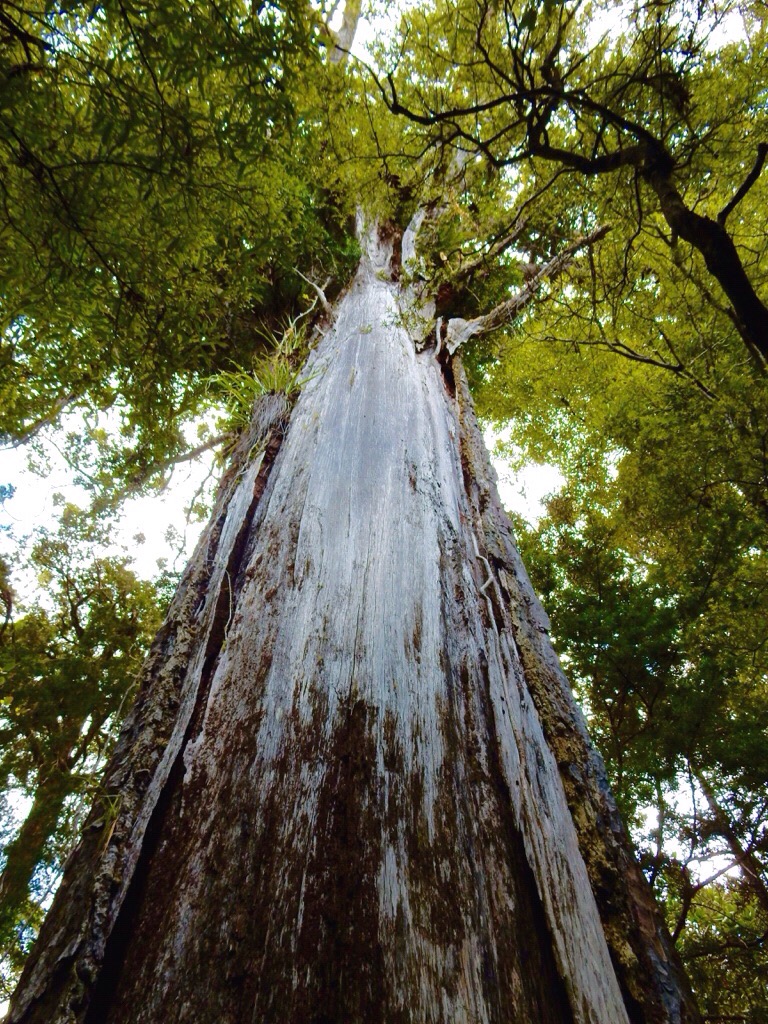 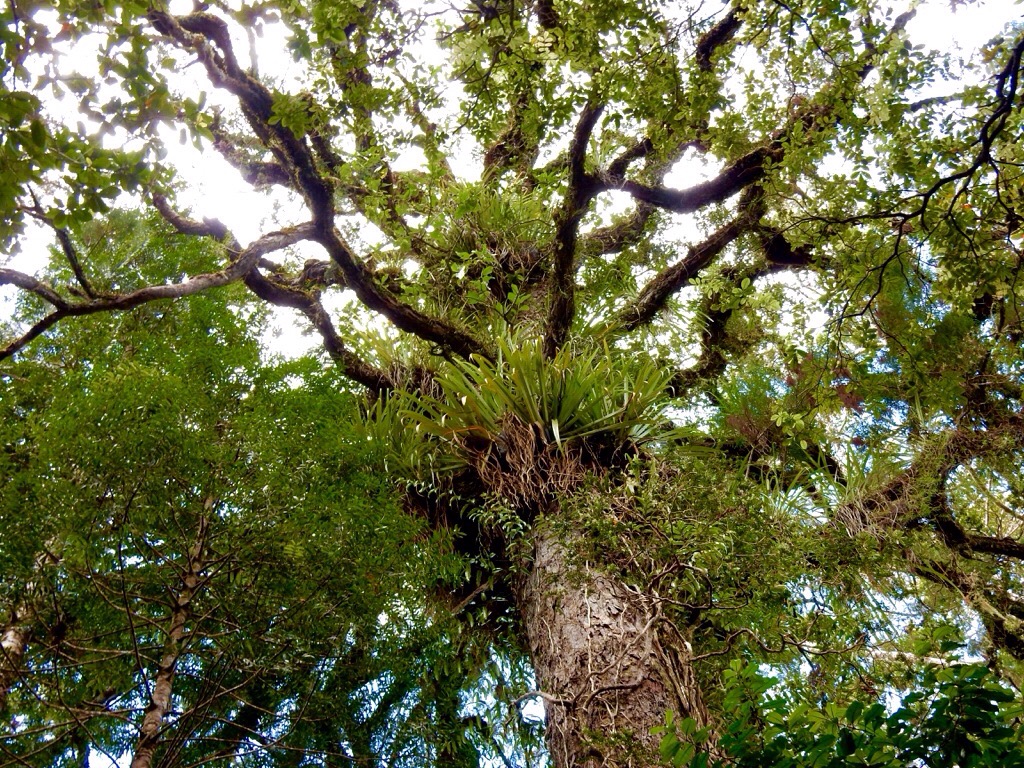 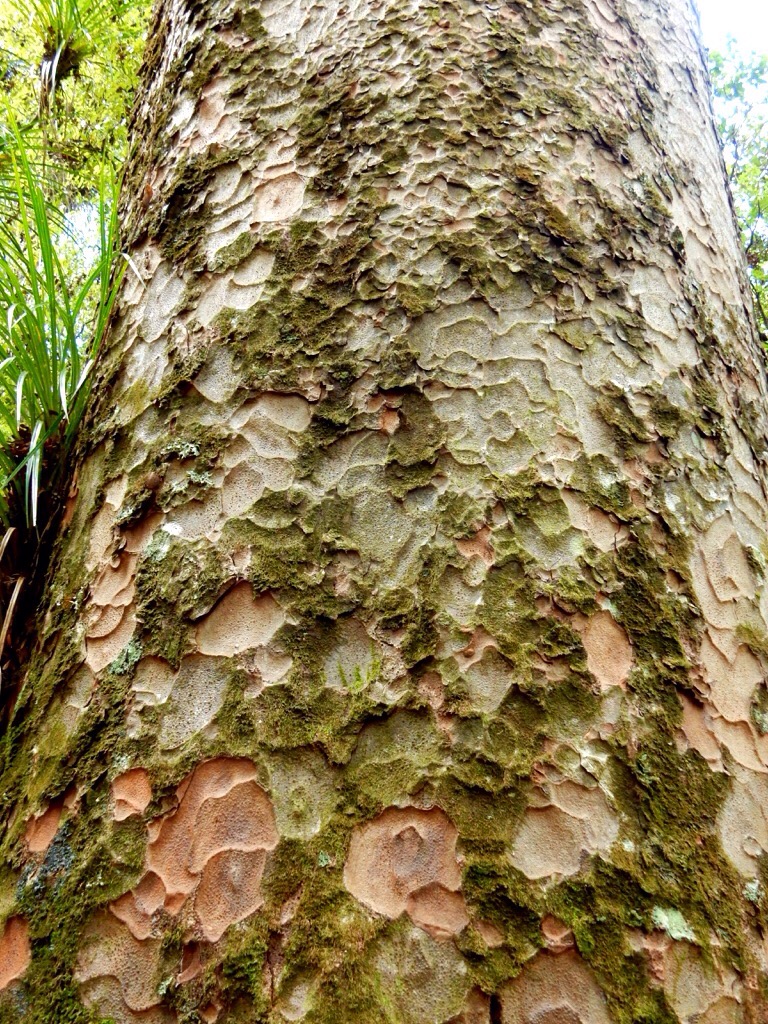 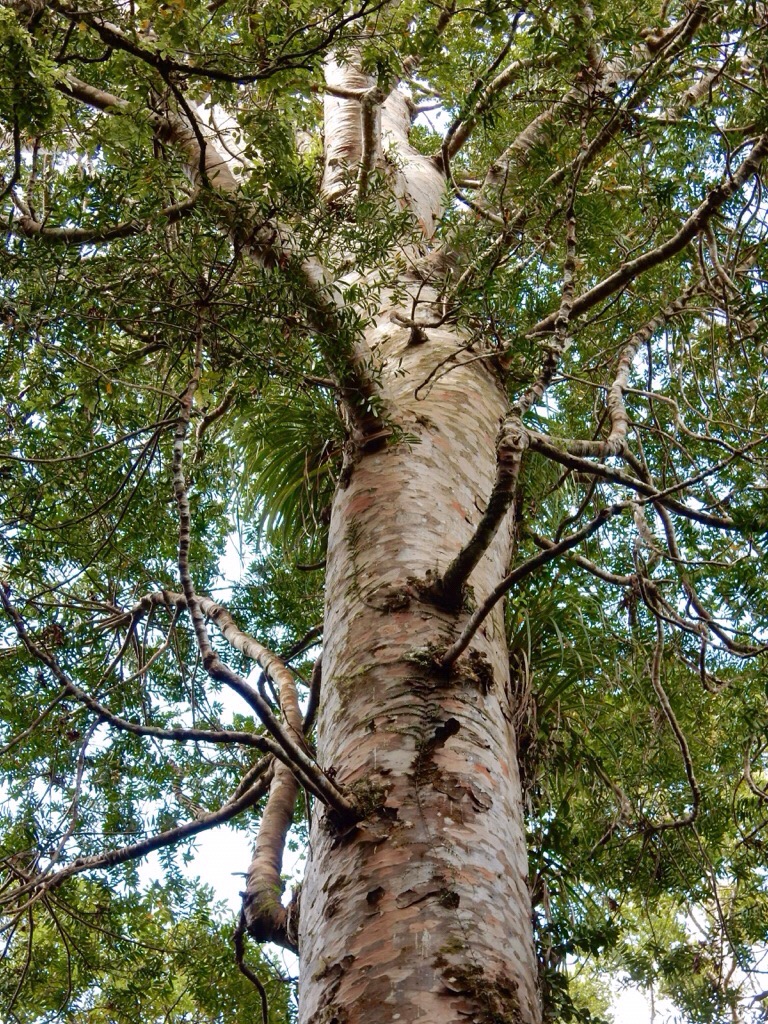 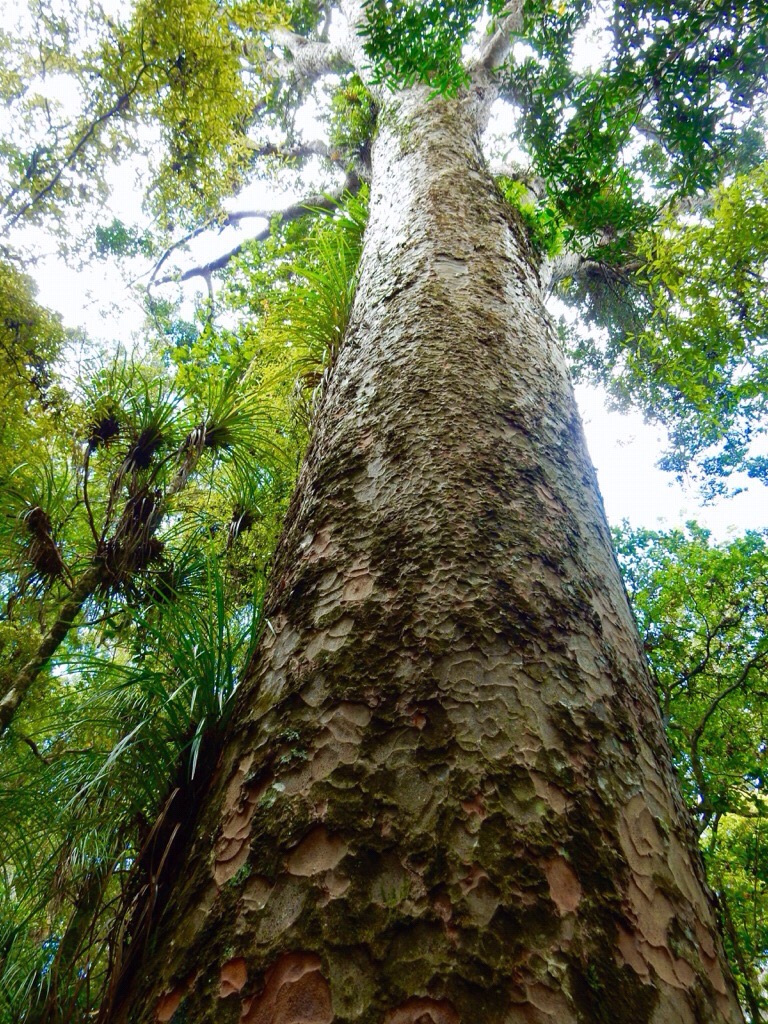 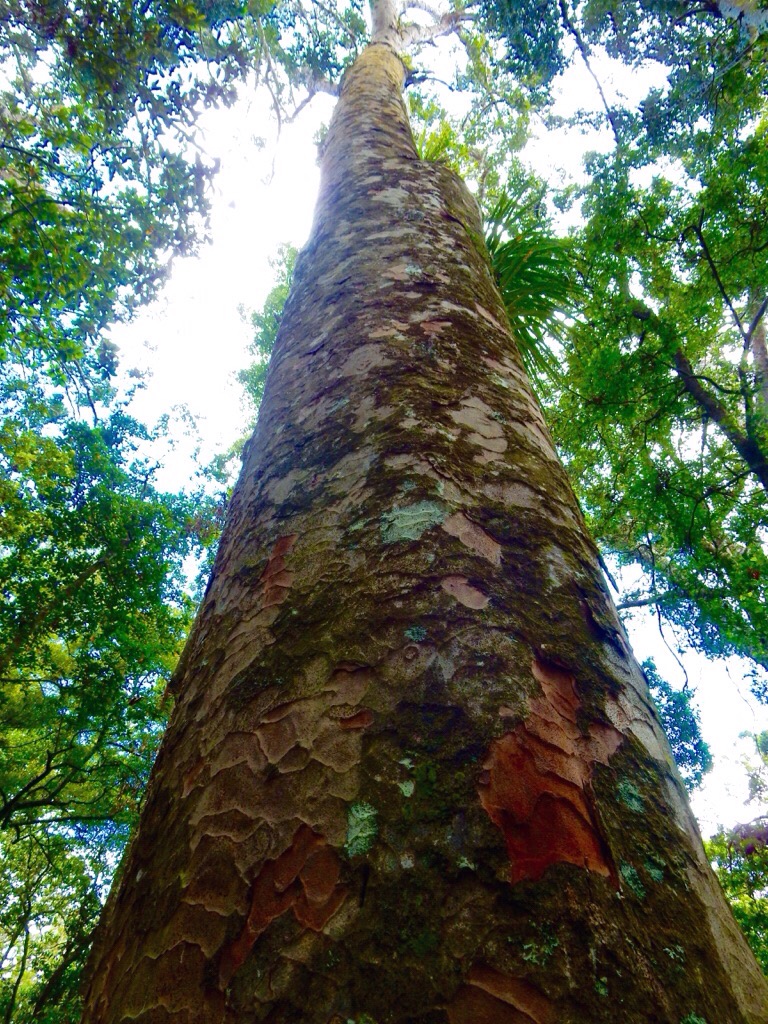 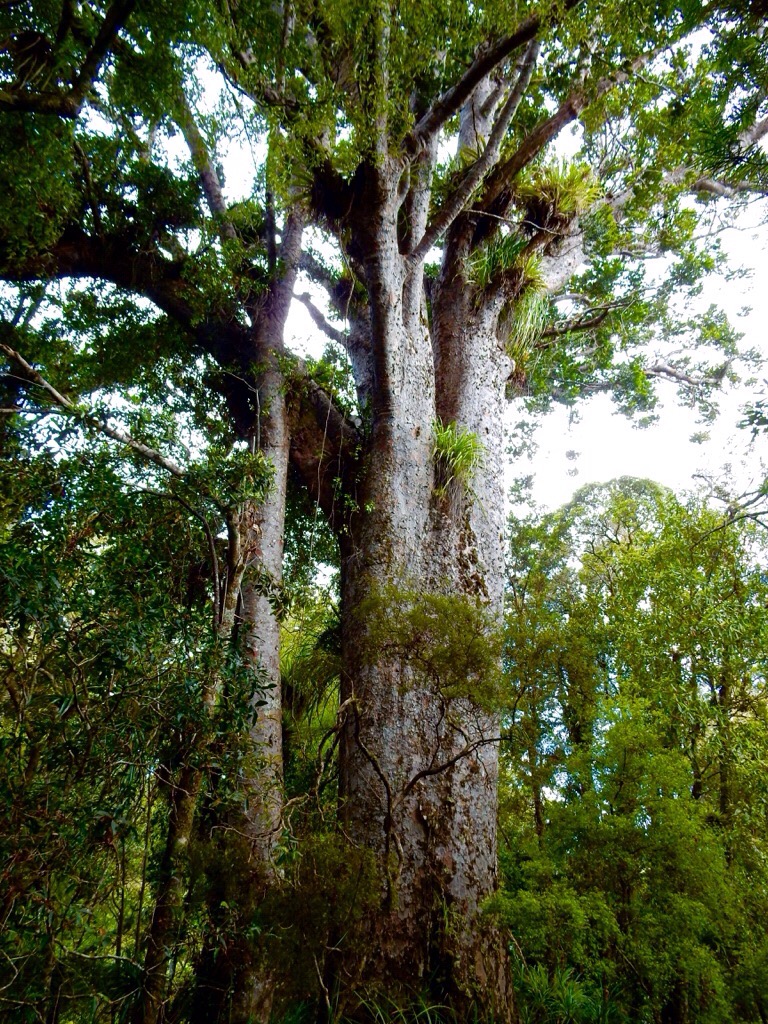 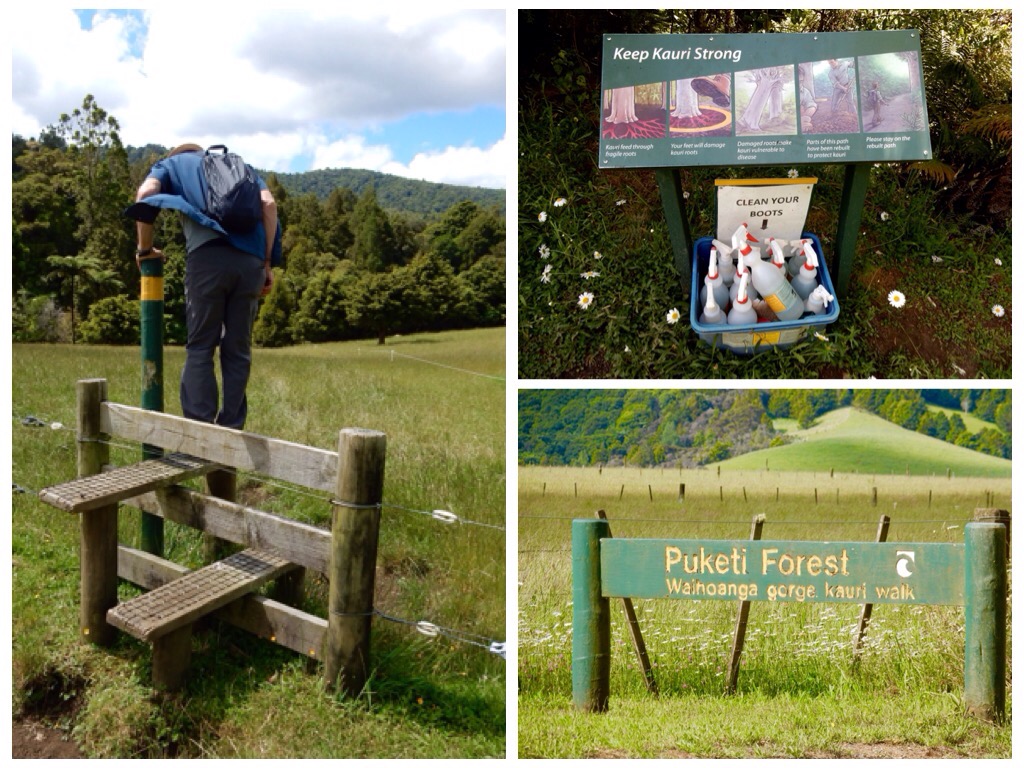 New Zealand is a beautiful enchanted land.
I have been living here part time for 13 years, and have traveled to many places around the country, but I shamefully must admit that I have only explored a tiny fraction of the beauty of this country and even of the region in which we live.

We have spent years renovating our house, and have often gotten tied up with cleaning, repairs, maintenance, shopping, running errands and gardening.

At our house, we have a deck which overlooks the Hokianga Harbor.
The harbor is framed on the left side by a distant range of densely forested mountains.

That area is called the Puketi Forest, and I have seen it countless times, occasionally wondering how it would feel to take a walk inside that dense forest.

I have always believed that people can make deep connections with the landscape around us, and allow the rocks, minerals and the earth around us, to help us and to ground ourselves when we face challenges.

Many people have reported feeling elated or having a sense of clarity, simply by walking for hours in a beautiful forest or by bathing in or sitting by a flowing river.

The wise Maori have an ancient tradition of introducing themselves when meeting with other tribes in their Marae (meeting houses.)

Traditionally the Mihi placed the speaker in the context of their tribal affiliations, their family, their connection to Aotearoa’s (New Zealand’s) physical landscape like their mountain and river, and only after mentioning all of the above would the speaker add, “And I am Mary.”

In his autobiography: “Maori Boy, A Memoir Of Childhood,” the fabulous writer Witi Ihimaera, wrote about how his mother introduced herself in those gatherings.

She always started by identifying herself tribally, rather than individually, reeling off genealogical connections that go back to the beginning of time.
I absolutely LOVE that!!!

Which translates to:
“Hikurangi is the mountain
Waiapu is the river
And Porourangi is the ancestor from whom my tribe takes its Mana (prestige)…..”

And only after introducing the river and the mountain which frames the landscape of her home and naming the power of her tribe and her lineage, she added: “And my name is Julia.”

In New Zealand, the white people are called Pakeha.

Stories say that early on, when Pakehas were invited to those gatherings, they had very little patience to sit for two to three hours just to hear those lengthy introductions, as they wanted to get down to the business at hand.

But I ADORE the idea that one can identify herself by her connection to the landscape, the mountain and the sea, the lake, the harbor or the river.

In my wild imagination, when I am in NZ, I would say:

“Puketi, Omahuta and Waipoua are the mountains and forests,
The Hokianga is the Harbor which opens to Te Tai-o-Rehua (the Tasman Sea) where seafood abounds.
Our waters are rich with blue cod, bluenose, striped marlin, black marlin, blue marlin, broadbill and kingfish.
Where the harbor opens into the sea, you can find in the mudflats along the Mangroves, an abundance of Crayfish and Paua as well as scallops.
Oh, and I am Tali.”

When I am in Colorado, I imagine that I would introduce myself in this way:

“My home is on the shores of a year round creek named Sweetwater Creek which spills into the mighty Colorado River which provides water to the dry desert state of Arizona and cuts through California, to overflow into the Pacific Ocean.
I live near Sweetwater Lake, in the middle of the Flat Tops wilderness with dozens of surrounding mountain peaks that form the high Rocky Mountains of Colorado, and I live at the entrance to the gulch known as Hell’s Gate, close to the vast Glenwood Canyon.
Oh, and my name is Tali.”

Anyway…
I wanted to plant my feet into the landscape around me, so on our weekend drive to the town of Kerikeri, we finally took the turn and drove up the gravel road to the ancient Puketi forest.

There are a few trails to hike in this vast forest covering 17,000 hectares, but because we did not plan to go hiking and because I had worn a summer dress and open sandals, we chose to walk the Waihoanga Gorge which is lined with giant, majestic Kauri trees.

The entrance to the trail that we took required us to climb over electrified farm fences.
The NZ Department of conservation has created convenient small wooden steps to climb over the electrified wire.
We walked through pastures filled with wildflowers and bees, dotted with drying cows’ dung.

I was thinking about how in parts of rural India like in Rajasthan, and in Tibet, these dried dung cakes are used as fuel for cooking fires and for heating, and it felt a bit strange to see this resource lay in the fields, with no apparent use.

Before we entered the forest, we sprayed the soles of our shoes with detergent from bottles that were located at the entrance.
It is a precaution to try and stop the Kauri disease called “die back” that is believed to be caused by contaminated soil that comes in contact with the tree roots.

It felt magical to walk for two hours among those silent Kauri Giants.
They have lived on this earth for many hundreds of years, (some for thousands) growing taller than my eyes could even estimate.

Many of them were twin Kauri.

I remember reading once about twin Kauri trees while visiting the Coromandel peninsula in NZ.
The forest sign said that the tree I was standing next to, was not a large tree that had split into two identical tall trunks, but two trees that had grown so close to one another, that they chose to become one.

I am still in awe of this Union.
Instead of flighting one another for light and nutrients, they chose to merge and become one… One tree with an impossibly massive trunk.

It made me think that this is what a marriage can ultimately evolve into…. it can become a divine Union, in which two individuals lose all sight of separate interests and become one….
They still can maintain their own individual uniqueness and beauty, just like those Kauri twins, but at their core, at the base of their trunk, they are one massive solid Unity.

I love the sounds, the birds, and the lessons of the forests…..

All that you need to do is to go into an ancient forest and it will reveal itself to you, if you only allow it to show you how truly graceful life can be….

← The Myth Of A Singular Identity
Merry Christmas To All! →