The Myth Of A Singular Identity 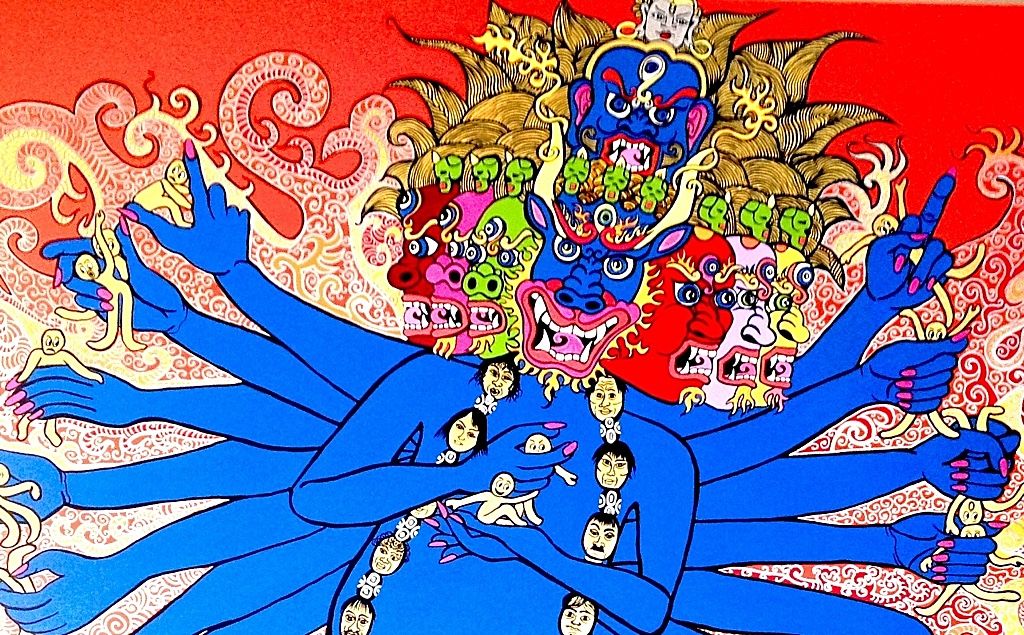 Years ago, when I was a very young woman, I read about the concept of reincarnation.

I was aware that we all internalize some sort of belief system, and if it were all a matter of belief, why not adopt a belief that life is continual and everlasting, instead of believing that life is short, that you only get one chance, one go-round to live.

My culture has a saying: “You only live once!”
And to me, this seemed so cruel, it meant that life is short and that one must squeeze life like a juicy orange, in order to extract as much juice as one can, out of it.

It brought me peace to join the billions of people around the world, namely Hindus and Buddhists, who believe wholeheartedly in reincarnation.

Over the years, I periodically asked myself, why does the idea of continuity of soul give me such a sense of peace….

I had to admit that it made me sad, to think that this is a random universe, that nothing has a purpose and a meaning, and that I will never exist again.

Around the time of the passing of my father, It deeply saddened me to think that all he ever was was nothing more than dust that took on a human form… Dust that was one day laid back into the ground to become dust yet again….

Many years have passed since, and I have become less attached to the concept of my own identity.

I realized that my concept of who I am, was in great need of updating.

Numerous spiritual experiences have led me to realize that the self I wanted to maintain, was just an illusion, and did not even exist in actuality.

It no longer gave me peace to think that I would continue on, to reincarnate again and again.

In fact, it felt like a trap… You have to do it over and over again in different bodies, until you finally clean up your karma and come to a higher realization of who you TRULY are, and thus break the cycle of reincarnation, the way the Buddha and the way Jesus did.

You come to realize that your true nature, cannot really be touched by neither birth nor death.
In other words, you were never born and you can never die.

You come to realize that you do not live within a body, but that you animate this energetic body.

Like a magician, you are congealing ideas around a conceptual framework by your intentions, by the thoughts and beliefs that you hold.

From that point on, the idea that my own small identity will one day be no more, did not frighten me any longer.
In fact, it felt liberating.

I had heard about masters who took on new names, started new lives, were so much less attached to a rigid fixed identity, than we are in our cultures.

It seems so appealing to live simply, anonymously……to be a nobody, a person who roams the world in search of adventures, living with no attachments, no ambitions, no pretensions, no ties.

So many of our collective cultural identities that we love and uphold so dearly, are nothing more than delusions.

George Bernard Shaw once said:
“Patriotism is merely the belief that your country is superior to all others, simply because you were born in it.”

The thought that I will one day not exist, did not make me feel sad, but free…. Who was this self, this small identity that I was holding onto so desperately?…. That I was working and spending my days to make comfortable?…. That I am working to protect from harm and to maintain?….

Together with my best friend, husband and partner, I can roam the world, be free of all obligations, be nothing more than two nobodies from nowhere, walking in the footprints of spiritual masters, making pilgrimages, meeting friends, eating ice cream and learning how to say simple words in a foreign language.

Wendy and Gan, two friends that we met at our Japanese language school who live in Taipei, told me that they like to experience every joy in life.
When they said that they have gone skiing, I asked where did they learn how to ski, since there is no snow in Taiwan.
They said that they are not at all good at skiing, they just liked to try things for the fun of it.

It made me realize how invested we are in being good at everything…
If we do not do it well, we work harder, or we just not do it at all….

I have come full circle.
When once I was sad to think that I, Tali, my small identity, will one day not exist, I now felt liberated to let it all go and be free…..
To be in the moment….
To be more than an individual,
To be a collection of everything that I had ever experienced….
To be one with all that is….

You are so much more than a teacher, an artist, a wife, a mother, a friend, a father, a successful businessman, a rich landowner, a young or an old women, or any other name and role that you have ever assigned to yourself and believed that applied to you.

Your true identity is so divine, so glorious….and so all encompassing….

Any identity that you assume on this earth, no matter how glorious you imagine it to be, is just an image of yourself that you have made.

You are so much more than your race, your religion, your sex, your family, your roots, your career….

“I am not sure that I exist, actually.
I am all the writers that I have read,
all the people that I have met,
all the women that I have loved,
all the cities that I have visited,
all my ancestors …
Perhaps I would have liked to be my father,
who wrote and had the decency of not publishing.
Nothing, nothing, my friend,
what I have told you:
I am not sure of anything,
I know nothing…..
Can you imagine that I do not even know the date of my death?”

← You are a unique light unto the world!
A Visit to Puketi Forest NZ; defining yourself within the context of your surrounding landscape →