Lake Toya Hokkaido, Getting Settled In Sapporo Japan, And Our First Week In School 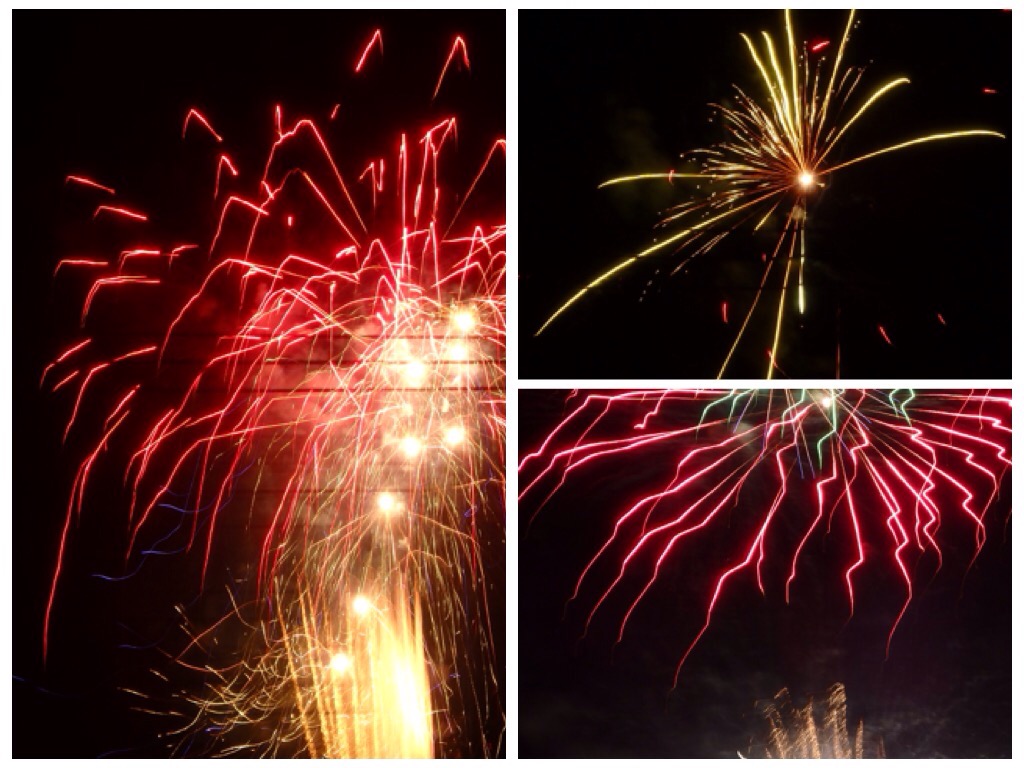 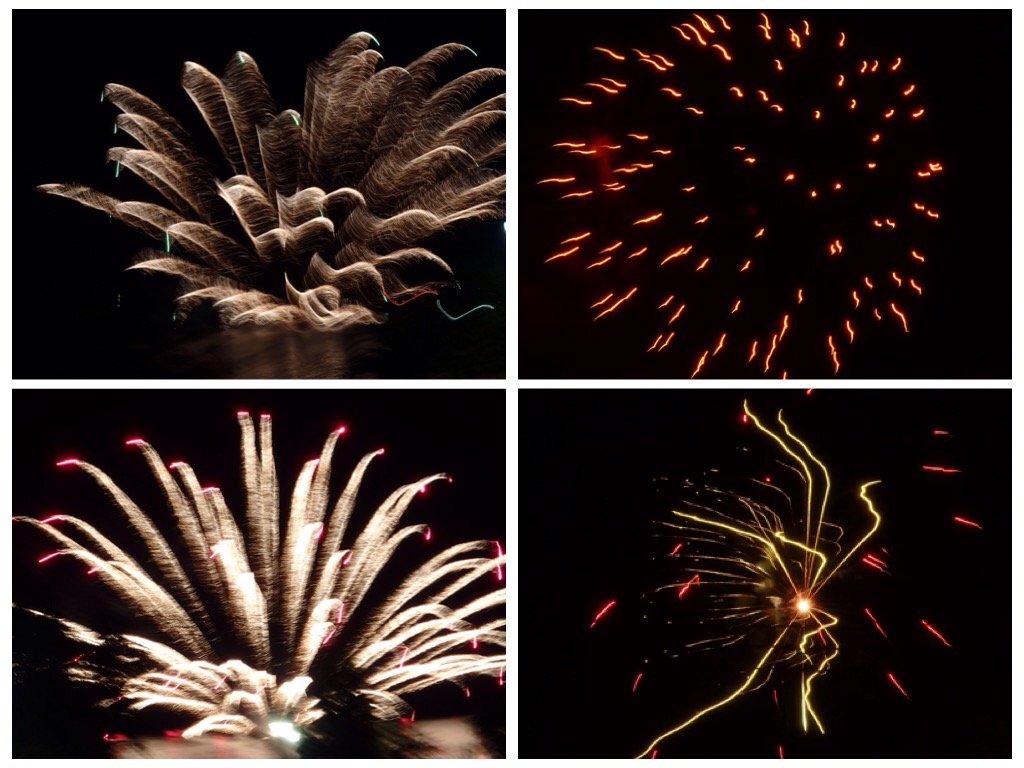 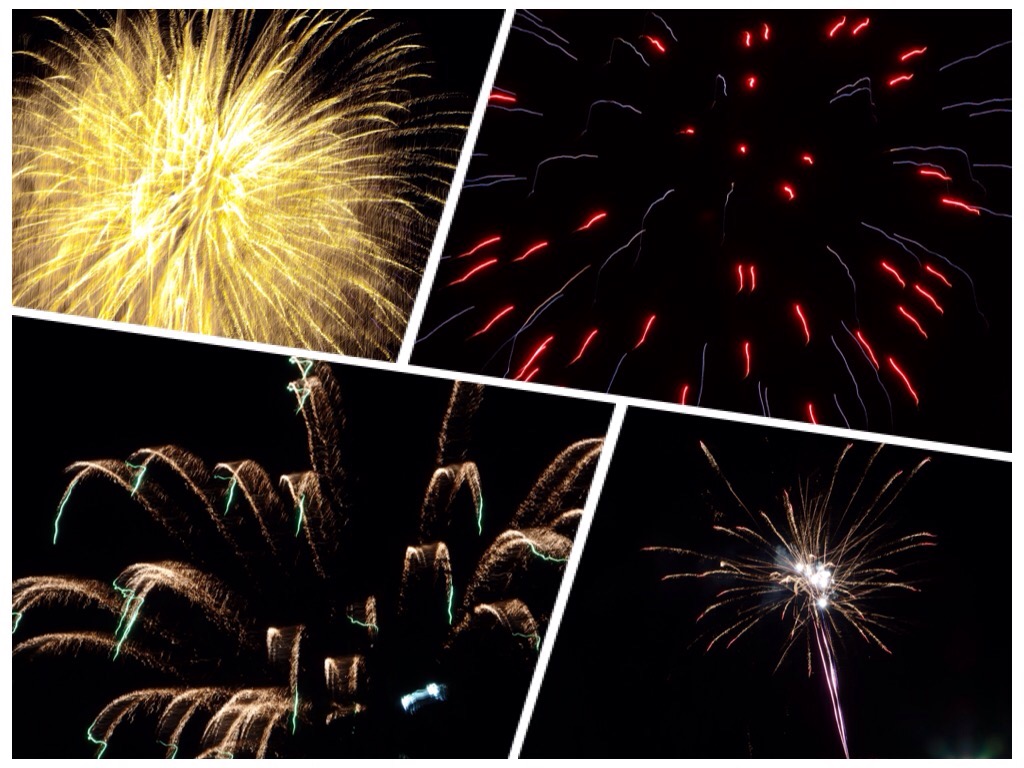 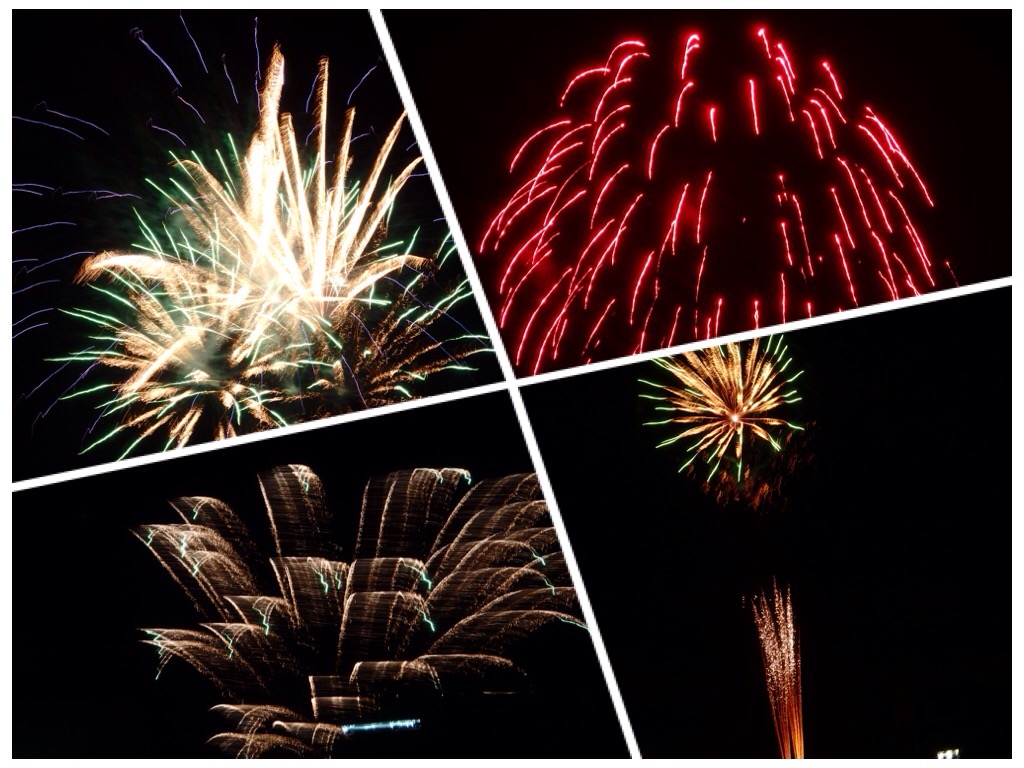 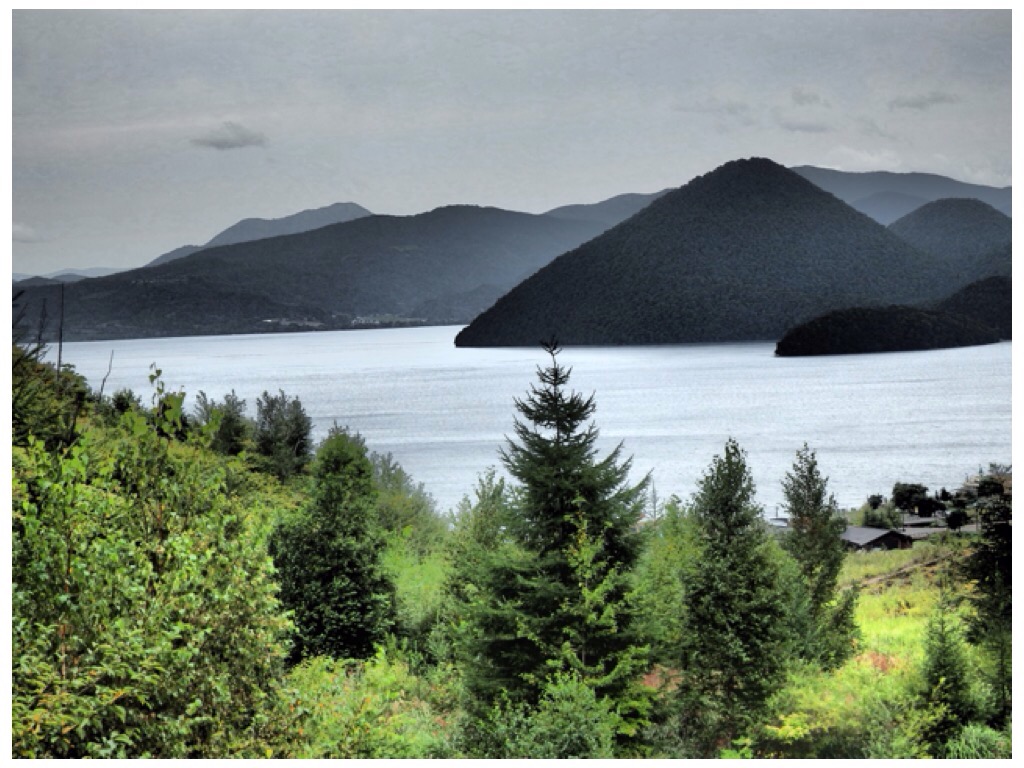 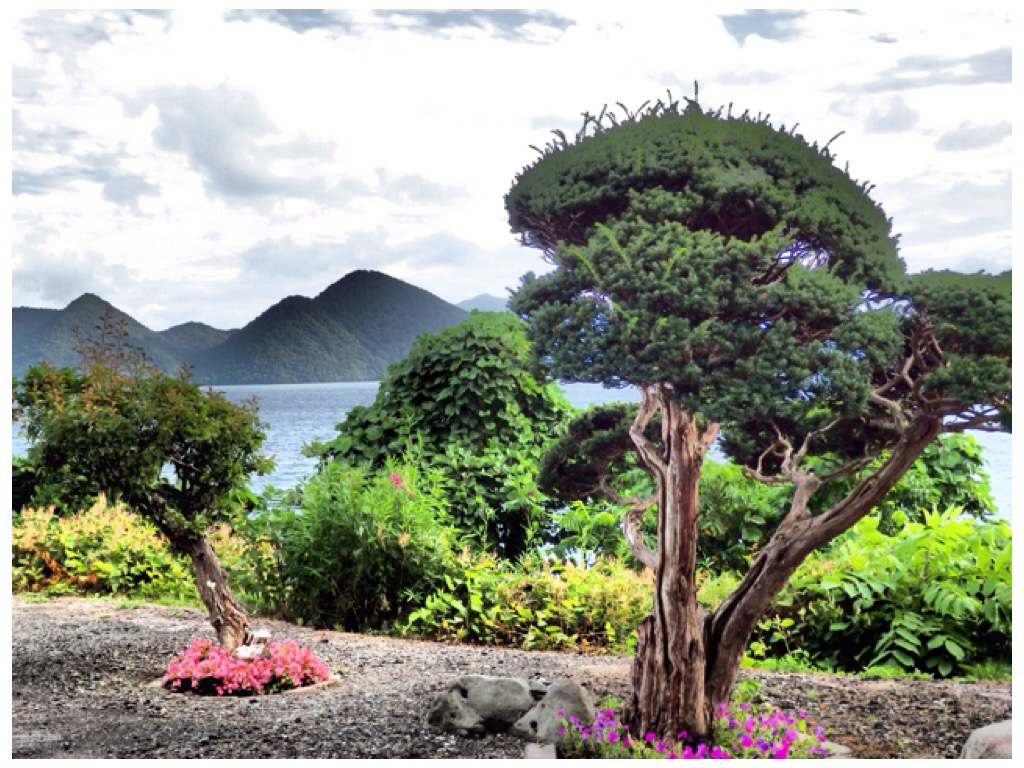 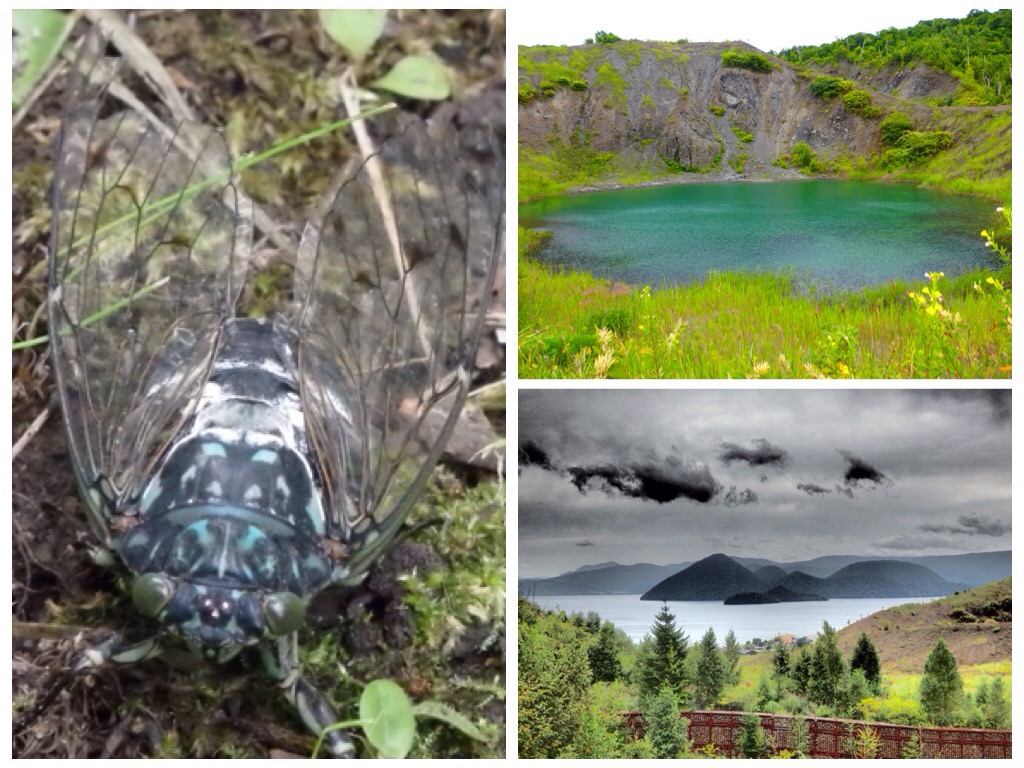 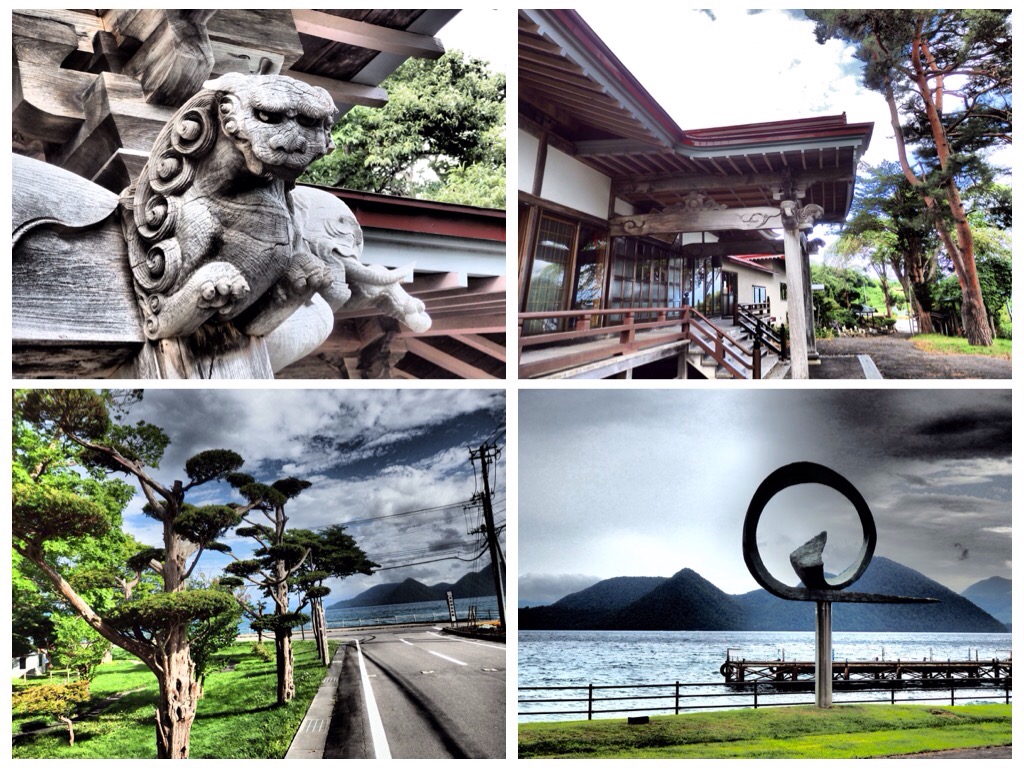 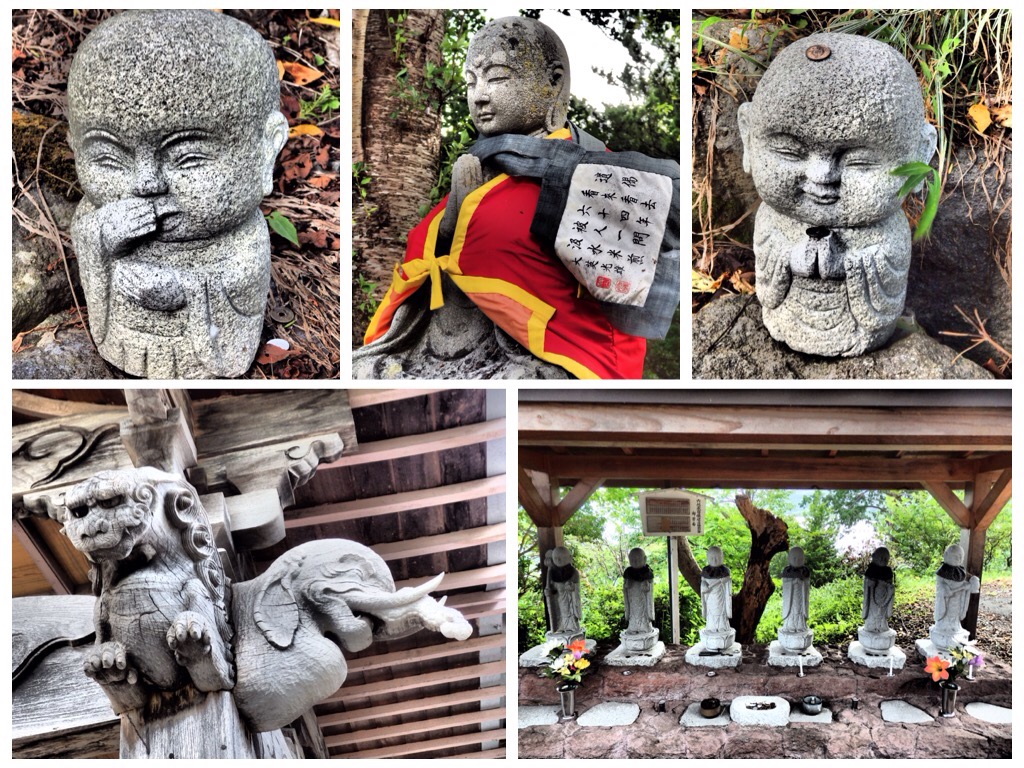 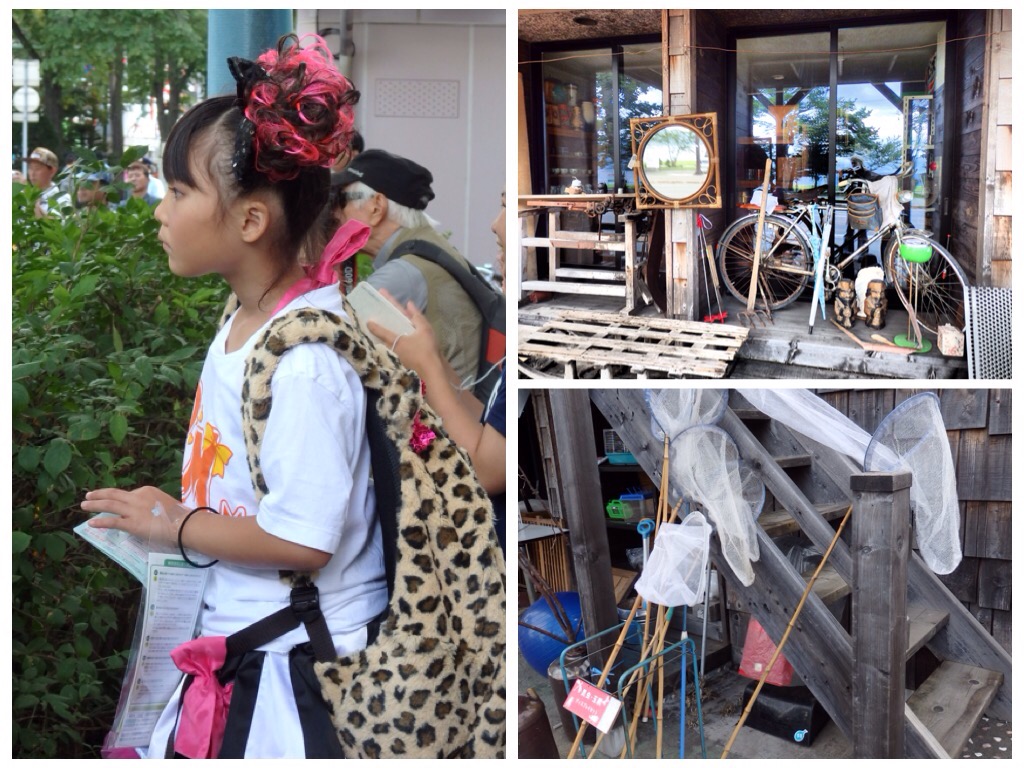 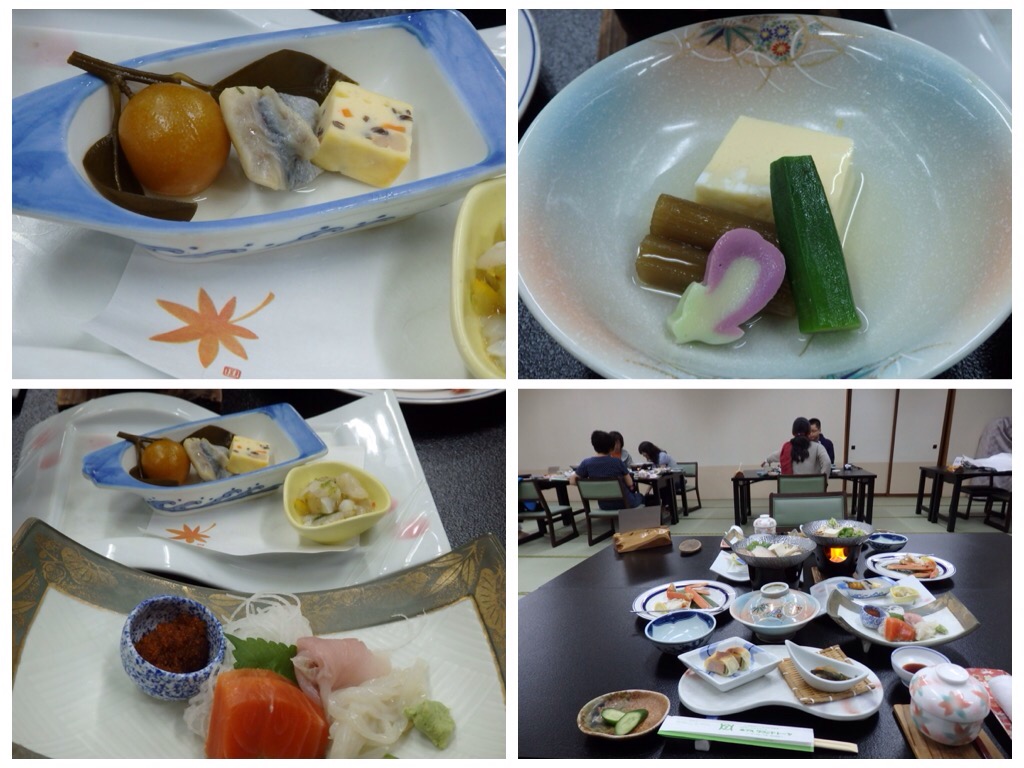 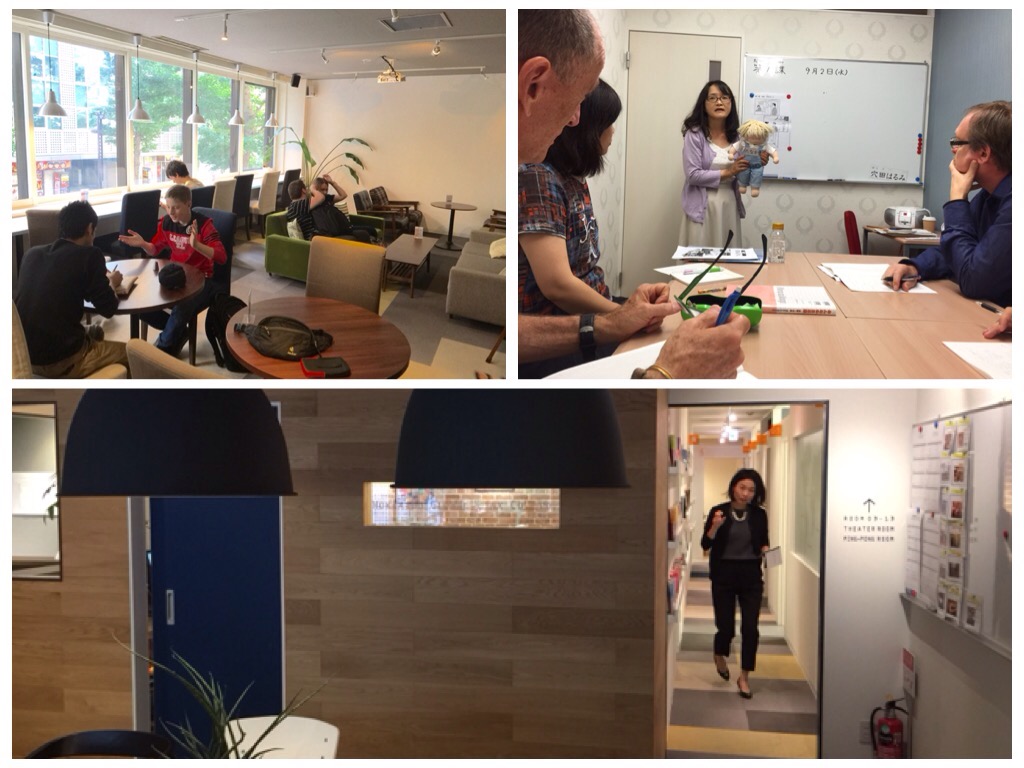 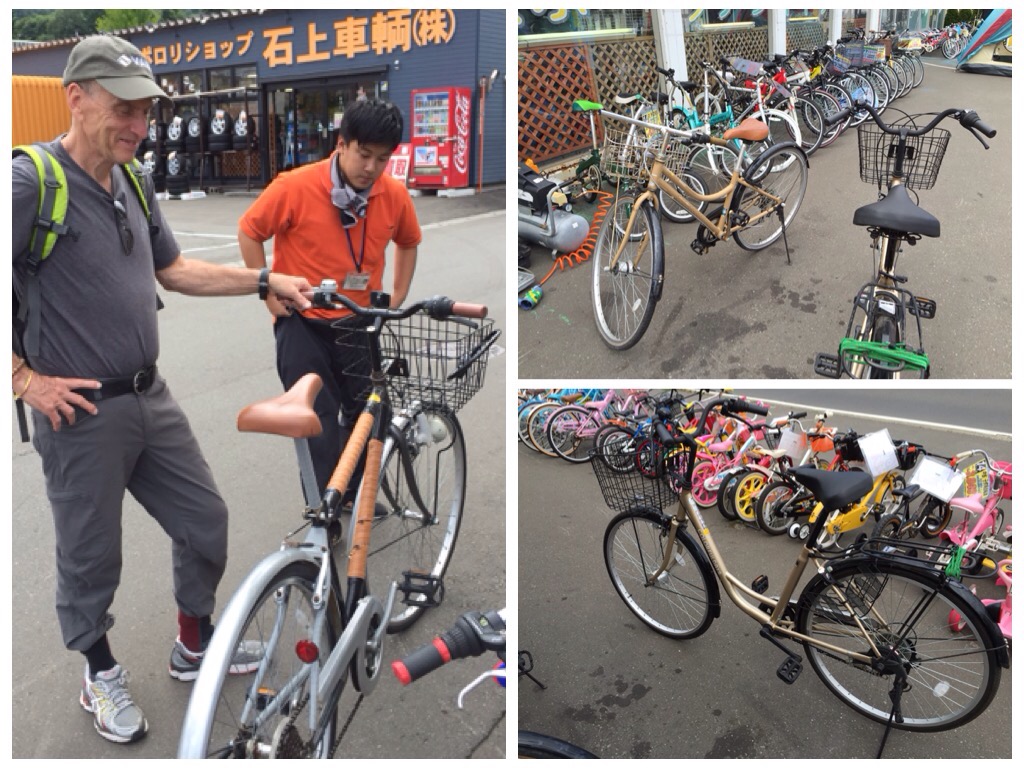 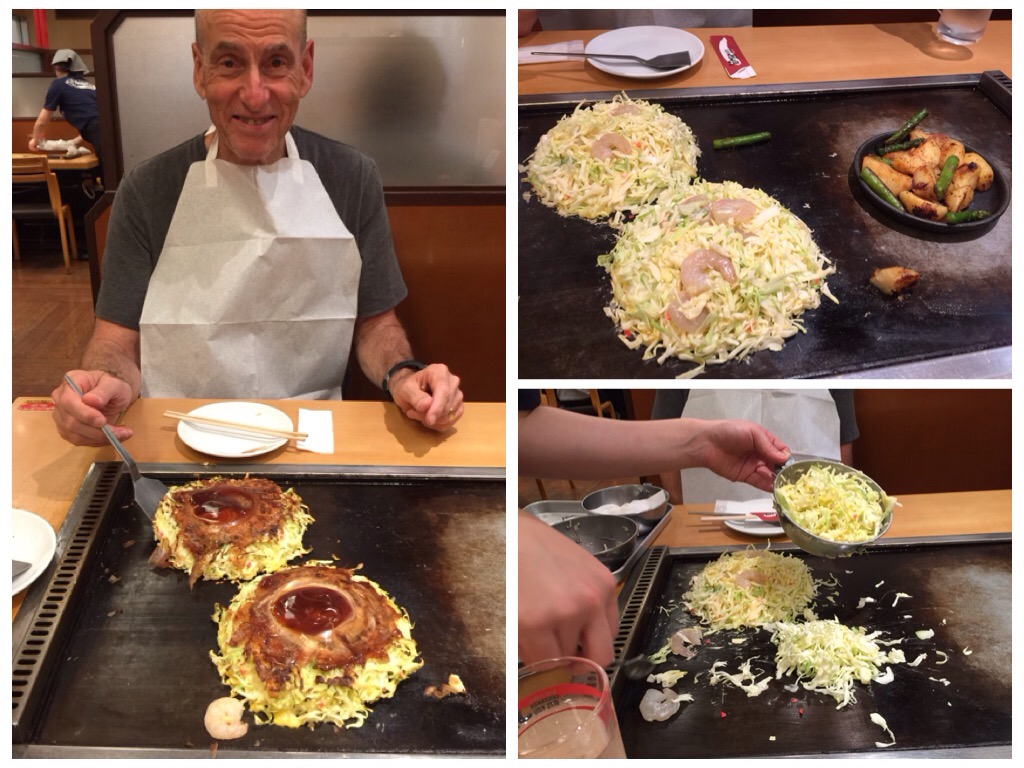 Our plane landed late at night in Hokkaido, Japan.
We have rented an apartment in Sapporo for two months, but we still had a few days before our Japanese language school was to start.

We decided to spend it at Lake Toya, about an hour by train plus a short bus ride up the mountain.
The area surrounding Lake Toya was devastated by a volcano in the year 2000, but much of the green, quiet area has recovered since.

We spent a few days soaking in the volcanic hot springs, staying in a Ryokan (a traditional Japanese inn) with rooms overlooking the Lake.
Each night during spring, summer and fall, they stage a beautiful display of fireworks over the Lake.

We visited a small local museum with a display of great art, took long walks around the Lake, and admired the outdoor sculpture exhibition surrounding the lake, and hiked into the volcanic craters.

We enjoyed the hospitality and the food at the Ryokan while getting adjusted to the new time zone and the slower pace of life in unhurried, rural Japan.

In Sapporo, our Air BnB hosts Simon and Yoko, welcomed us into the apartment they rented to us which is adjacent to their house.
Simon is from New Zealand and he, Yoko and their two kids have lived in Australia, in NZ and now in Hokkaido.

The one bedroom apartment we rented is much more spacious than I expected it to be.
It is airy and full of light, surrounded by a garden with a large cherry tree, and is located in a leafy part of town called Maruyama Park.

Over the weekend before our class started, Yoko drove us around the city to help us buy used Mamachari bicycles.

Mamachari literally means “Mama’s Bike.”
They are heavy utilitarian bikes with big wheels, a wire basket in the front to put your bag or groceries, a front light to allow you to cycle at night and a wheel lock, so somebody will not mistake your bike for theirs, an easy mistake to make in a city full of thousands of nearly identical bikes.

Since we will only be using these Mamachari for two months and then leaving them behind, we did not want to spend much on purchasing them.
At a second hand outdoor gear shop, we found a mint condition bike for me, and a very rusty bike for Jules.

They had a slightly better looking bike for Jules, but he liked the way this rusty bike rode and decided to take it.
We stopped at a bike shop and bought some nice leather handlebar tape, and in two hours I cleaned and “Pimped” Jules’s ride to look like a nice old classic bike.
We still named it “Rusty” and it still rides like a clunker, but at least it looks a bit cooler.

My bike did not need any work, as it looks almost brand new.
Because of its gold color, we call it “Goldy.”

The ride to school is easy.
We start with a big downhill and when we reach the downtown, the streets are wide and flat.
Bicycles are allowed to ride on the sidewalks in Japan and also on the roads, and you just have to beware of the thousands of pedestrians walking to and from work.

The hard part is coming back home after school to our apartment in Maruyama Park.
It is an easy ride through the downtown, but the last leg is a long, long climb which feels very hard with our clunker Mamacharies equipped with only a few gears.

But we do it and I tell myself that my legs will get stronger, and that it will become easier with time.

Our Japanese language school is a cool place.
Located in the middle of downtown within a short walk of the Sapporo Train and Subway Station, the Hokkaido Japanese Language School is a small, yet well equipped school buzzing with devoted teachers, staff members and students from all over the world.

In our beginners class, we have:
A young boy named Nikita, from Russia, who came over by himself on a ferry to Hokkaido;
A confident and worldly woman from Taiwan named Penny, who seems to savor life, good food and new experiences;
A young man from Pakistan named Garfoor, who is very shy and very polite, hoping to learn Japanese so he can help his family with doing business;
And an engineer from Poland named Chris, who lived most of his life in England.
He owns a large portfolio of real-estate and is married to a Japanese woman, but he has never gotten around to learning Japanese until now.

Jules and I also enrolled in private lessons, which we take three times per week in the afternoons, after lunch.
It is a busy schedule which we start at 5:30 in the morning.

We wake up early and meditate, wash up and dress, and I make us a breakfast of oatmeal with fruit and nuts, and a small green smoothie.
We brought over from the USA a tiny travel size smoothie maker which has just enough power to blend spinach leaves, a banana and a grapefruit, which makes for a fairly tasty green smoothie.

We eat lunch in the city.
There are many choices in Sapporo.
The quickest lunch is a Ramen noodle bowl or a simple plate of buckwheat Soba or Udon noodles, served cold with a dipping sauce, or served hot, in a tasty, clear broth.

There are many sushi places with high quality, fresh sushi, which is priced unbelievably low in comparison to the prices in the USA or NZ.
The quality of the seafood, in those restaurants as well as in the supermarkets around town, is above and beyond anything we have seen anywhere else.

There are also plenty of other food choices, most of them are delicious and easy to eat in a the short time allotted to the lunch break.

This week we ate most of our dinners at home, because we prefer to eat a large salad or a pumpkin stew with vegetables, followed by a fruit salad.

There are a few vegan restaurants in town, but no place really makes a delicious, large salad like we enjoy eating.

The supermarkets do carry a variety of fresh vegetables, but the fruit selection is small and pricy.
Everything comes packaged in beautiful wrappers as if it were a precious gift.
The wrapping and packaging in Japan are always recycled.
In fact, recycling is a religion in Japan and every household must sort its recycling by kinds, and each one is collected on a different day.

It is very interesting to experience the differences in a Japanese home.
The shower is a wet room in which you shower before you soak in a tub that is filled to your specifications by a digital voice mechanism.
The laundry system includes an overhead drying rack that descends from the ceiling.
The clean, damp clothes from the washer are hung on the drying rack, and are air dried from vents that heat and dry the whole wet room/shower area.

Every morning when we put on our backpacks full of books and the homework we did the night before, I feel like a kid again.
As we cycle to school, I am amazed at how quickly we have adjusted to cycling between cars, people and other cyclists, and I feel grateful to Jules, who came up with the idea that we might enjoy studying Japanese in Japan.

Although I have to admit….. That in the evenings when I cycle up the mountain or push my bike up the hill and it rains, I hate the difficulties in life and find myself thinking that maybe next year…. Maybe, just maybe I would rather spend the end of the summer diving on a forgotten island full of crazy people like myself, instead of being a proper student, studious, devoted and committed like Jules….

← A “Dream-Sleep-Over” at the Aspen Art Museum, and the painting of the Virgin Mary that almost closed down the Brooklyn Museum
Observations From Sapporo Japan – Why are they so thin? →