A “Dream-Sleep-Over” at the Aspen Art Museum, and the painting of the Virgin Mary that almost closed down the Brooklyn Museum 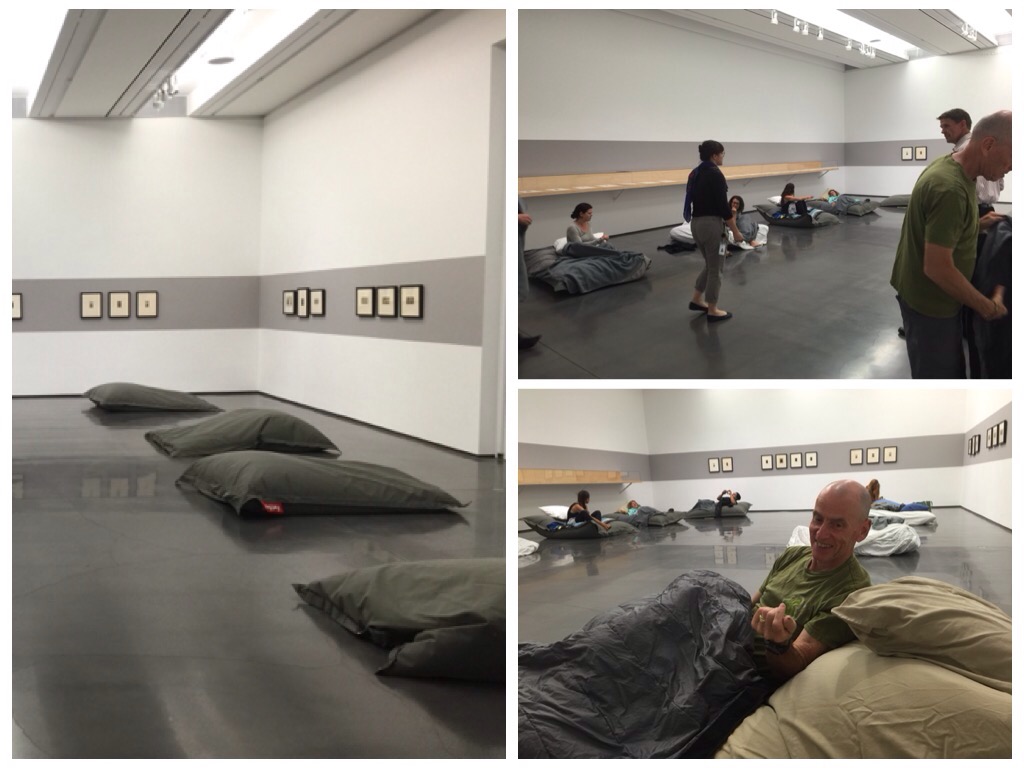 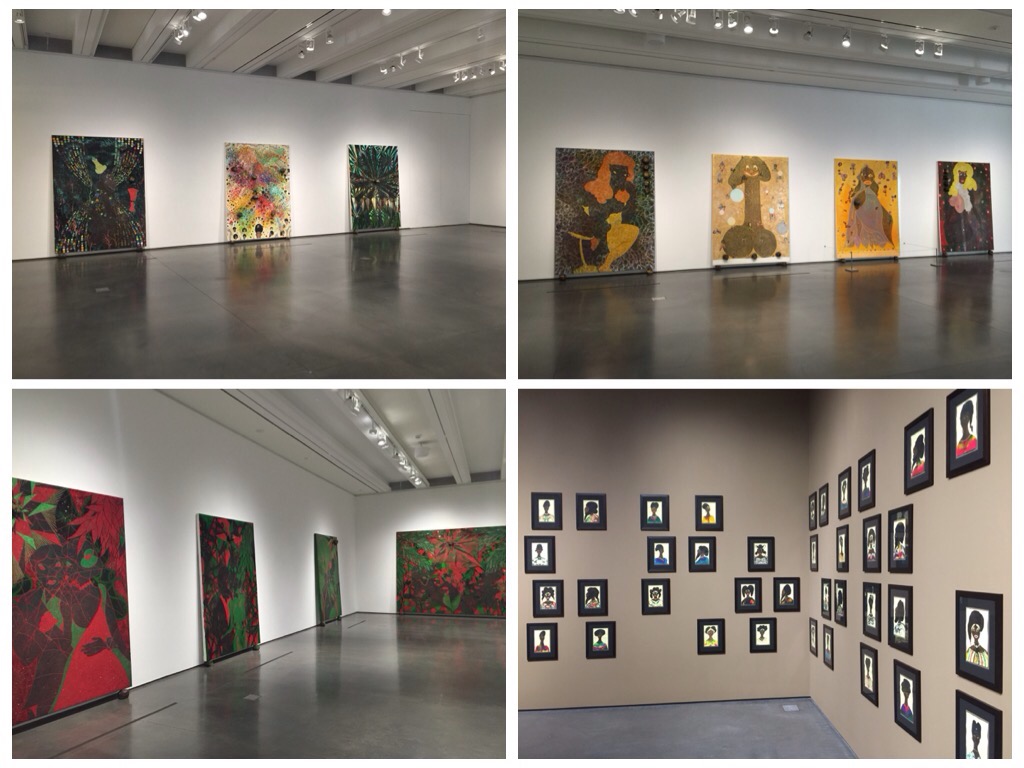 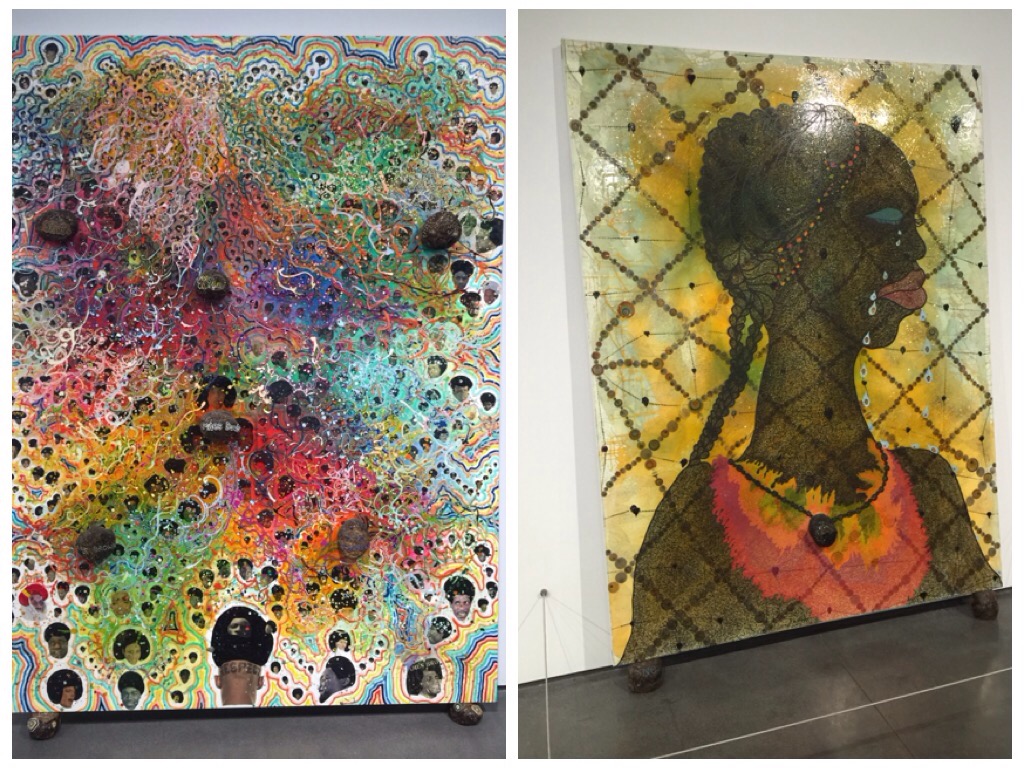 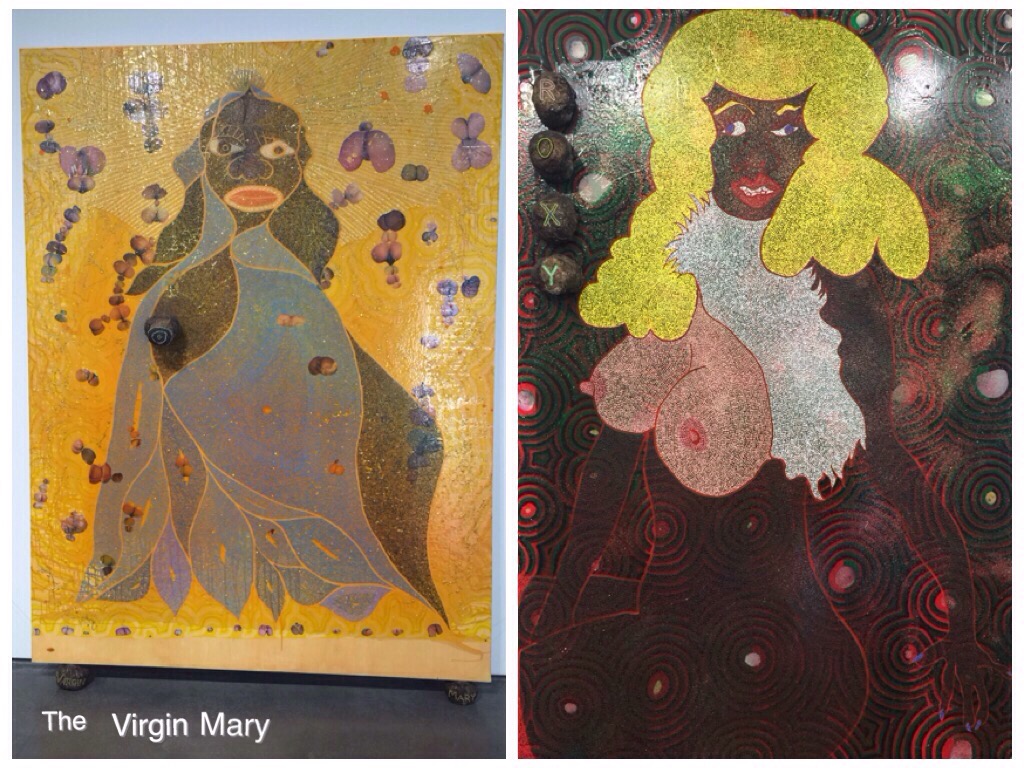 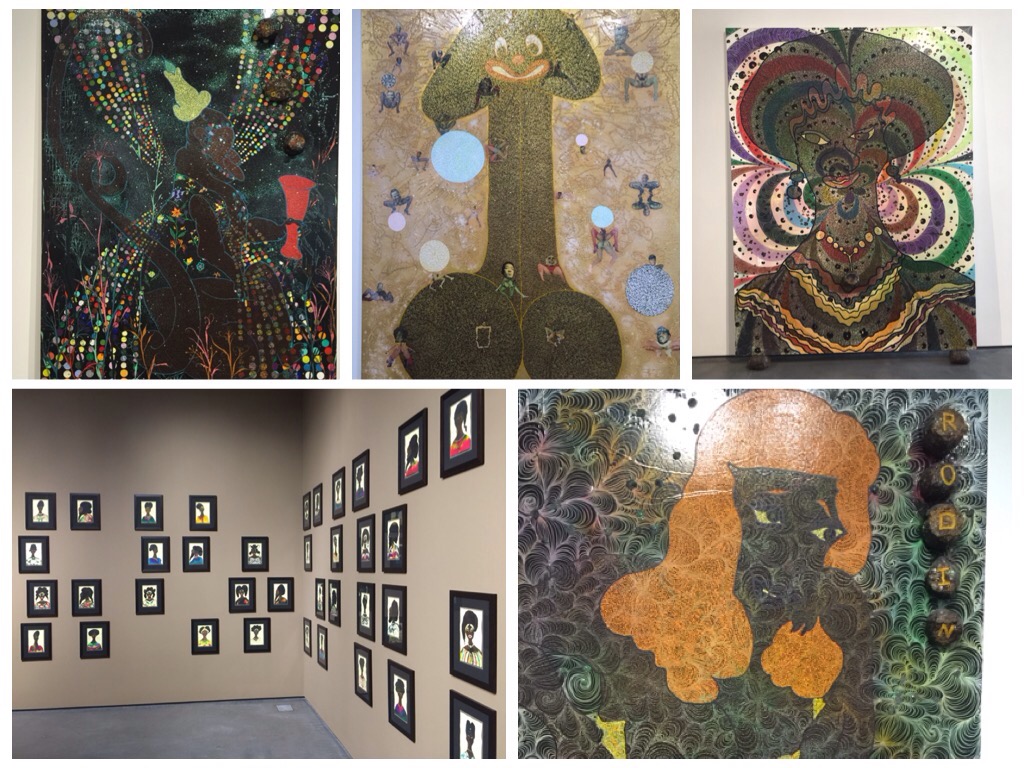 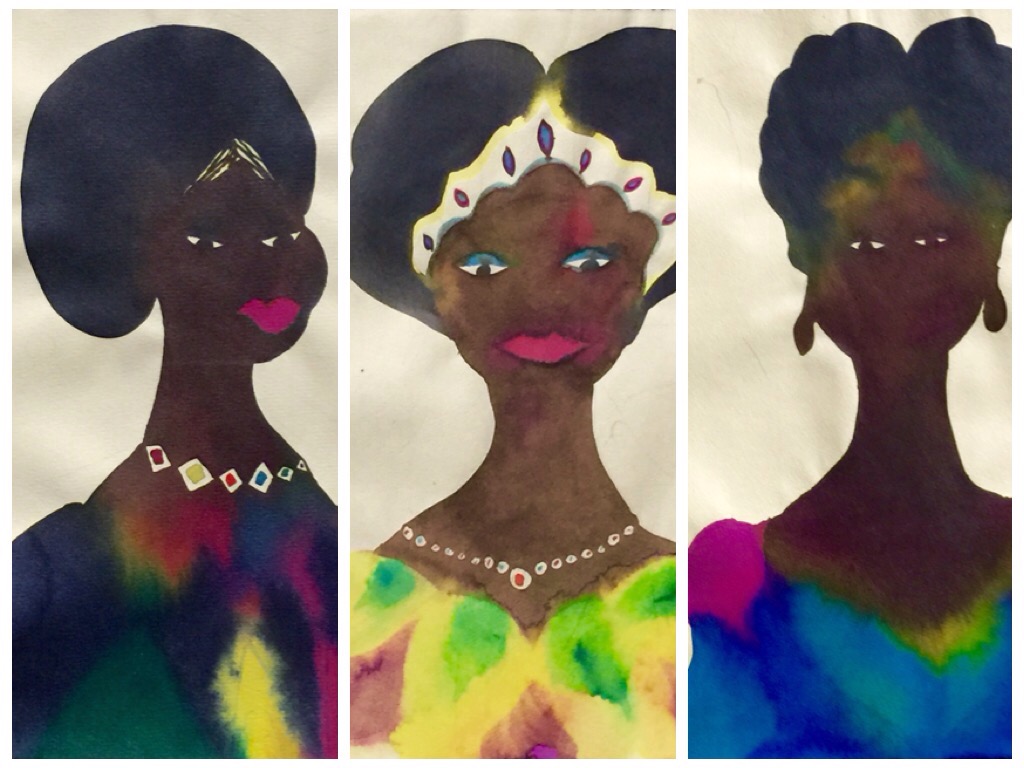 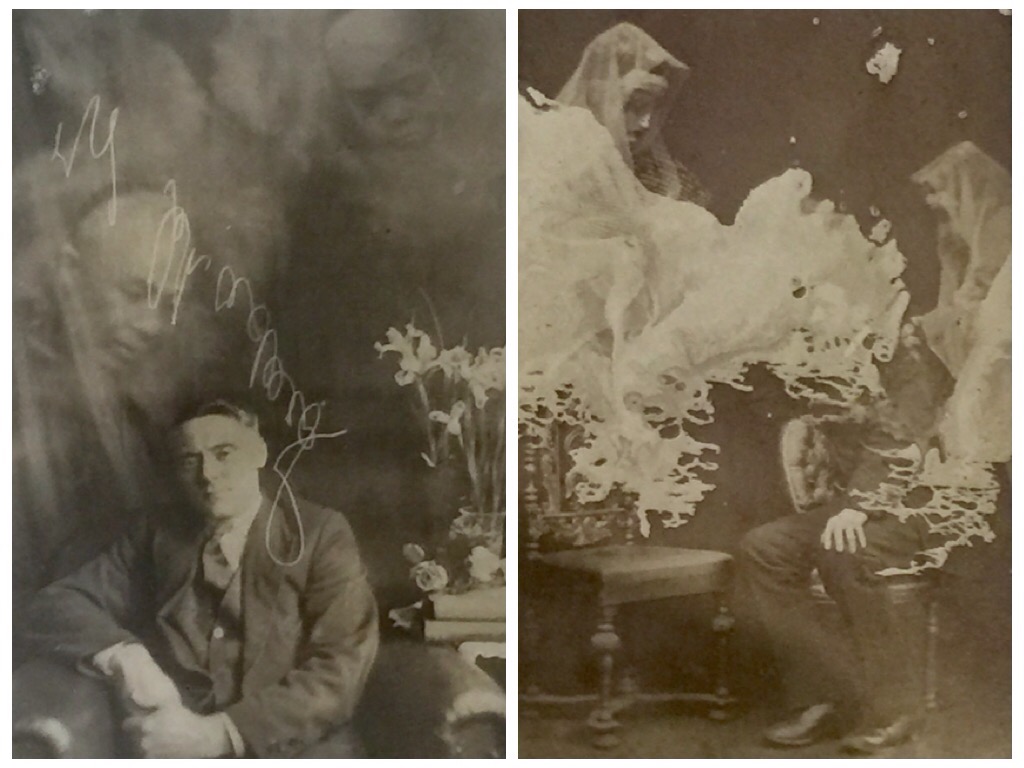 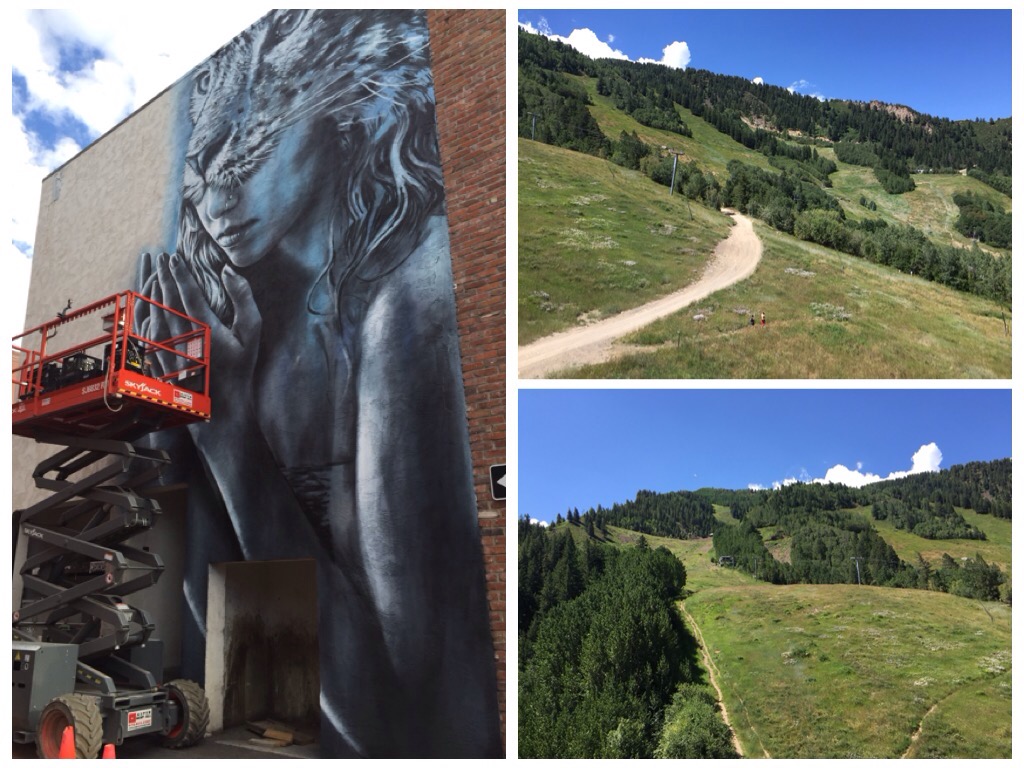 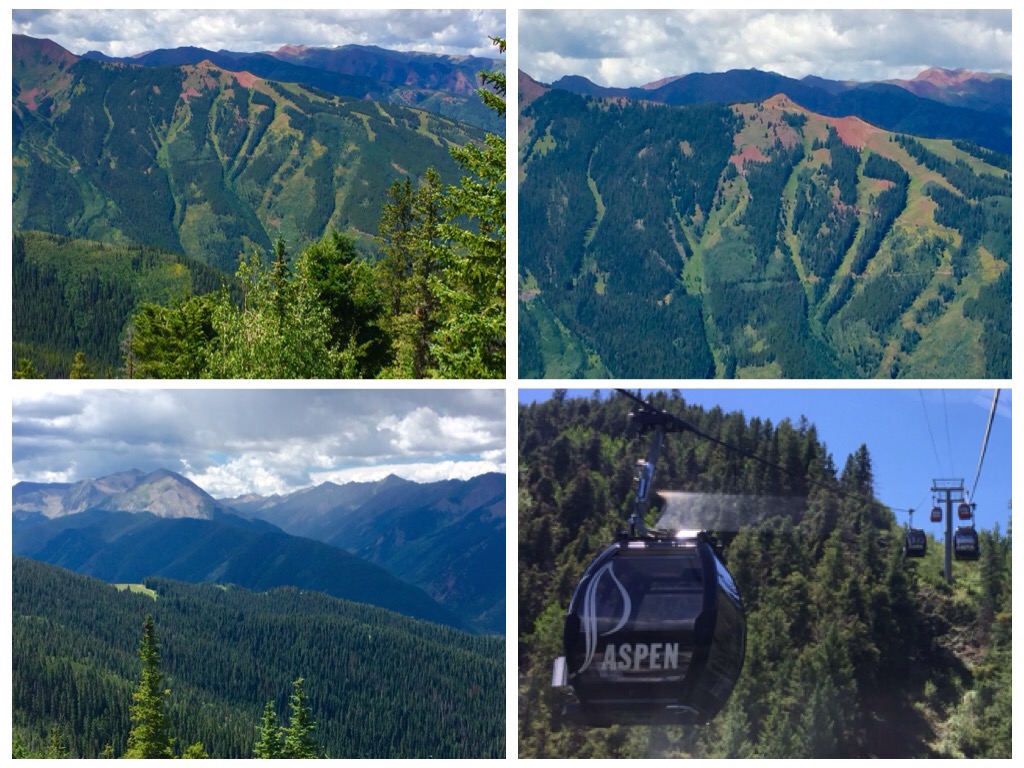 Our summer in Colorado is coming to an end.
We have only a few more days to enjoy the green Rocky Mountains before we drive down to Denver to board the first of three flights that will take us to Sapporo, Japan.

It has been a good summer.
This summer, our house was painted by caring and capable painters who went above and beyond the call of duty to fix, caulk and bring our house into tip top shape.

Many good things happened this summer, among them we rested and reflected, hiked and collected mushrooms, listened to great classical music, and I had a very productive summer of painting in the studio.

I would like to share a fun experience that we just had over the weekend at the Aspen Art Museum.

The Aspen Art Museum had planned for over a year to host the unusual experiment of a “Dream-Sleep-Over.”
Jules and I were part of a small group of 10 lucky individuals who signed up for this fun and alternative experience over the weekend.

The idea was to tap into our subconscious minds through the exploration of our dreams, after we were inspired by the art by Chris Ofili on exhibition, and spent the night in one of the museum’s galleries.

Jules and I had a healthy, light dinner at Pyramid Bistro in Aspen and took a long walk around the town, as night fell all around us.

I overheard two women, who were tourists, talking about how nice it was to see kids playing in the park at night.
One of the women added that it felt so different to be in a town that is safe and so focused on nature and the beauty of the outdoors, rather than the atmosphere in their home city, which is filled with people in search of material comforts and an endless search for success.

At nine in the evening we showed up at the side door to the Aspen Art Museum, with our pillows, sheets and toiletries.

We were warmly greeted by Michelle Dezember, who is the Learning Director at the Aspen Art Museum.
She was so eager to make our overnight stay at the museum as comfortable as possible, and even offered to bring in our favorite foods for breakfast.

The evening started with a lecture by a Jungian analyst named Stephen Foster, about dreams and the subconscious according to Carl Jung.
Stephen is a British gentleman who lives and practices in Boulder, Colorado,

We sat around a large table and introduced ourselves, listened to the lecture, asked questions and shared a bit about our own patterns of dreaming.

Then we toured the museum late at night, enjoying the large scale paintings of Chris Ofili with most informative explanations and narratives by Michelle.

Chris Ofili is a British Artist of Nigerian descent.
His work, when it was exhibited at the Brooklyn Museum, attracted a great deal of attention when Mayor Giuliani threatened to cut off funding and even evict the museum, unless they removed one of Ofili’s paintings depicting the Virgin Mary which was allegedly smeared with elephant dung.
Giuliani condemned the show as “anti-Catholic,” pornographic and sacrilegious.

I am using the term “allegedly” because after spending the evening looking at the painting, it is obvious to me that neither the journalists, nor Mayor Giuliani nor the representatives of the Catholic Faith in NYC, actually saw the painting.

The painting is neither offensive nor sacrilegious.
There are no smears of dung, just a carefully placed and beautifully decorated ball of dried elephant dung which Ofili used in most of his paintings, and were even used as “legs” to stand the paintings on, while they leaned against the walls of the museum.
The black Virgin Mary looks soft and innocent, as she is always depicted in art around the world.

While the painting was on exhibit in Brooklyn, a man vandalized it by pouring white paint all over the painting, even though it was shielded with plexiglass.
The curator was able to wash off the painting, as it was fortunately covered with resin, and thus was unharmed.

New York City’s Mayor Rudolph Giuliani and the Brooklyn Museum of Art finally reached an out-of-court settlement, ending the city’s attempt to cut off all of its funding to the institution and to evict the museum because it refused to remove the painting.

The museum, for its part, withdrew its lawsuit charging the city with violating its freedom of expression as guaranteed by the First Amendment to the Constitution.

Our late night tour of the art was wonderful.
The paintings are large in scale and very expressive.
Many of the paintings are collages, combining paint with cutout photos of men and women of African descent with large Afro hairstyles, decorated with colorful dots reminiscent of the pointillism style.

When we finished touring the museum, we made our way to a gallery that had an exhibition of “Spirit Photography,” a collection of old photographs showing photographic manipulation, and double exposed negatives showing spirits and ghosts alongside people and portraits.

We were given large beanbags as mattresses, and covered them with the fitted sheets we had brought from home.

Morning came fast.
We were woken up by Michelle, who had already prepared our teas and breakfast.

We sat and spoke about our dreams and how each of us experienced the experiment.

From the museum we walked to the Aspen gondola and took it to the top of Aspen mountain. We chose an easy hiking trail that meandered through a forest of pines and aspens, where we collected a few wild mushrooms.
There was a live Blue-Grass band playing softly and a weekend crowd had come to listen.

That night we slept deeply.
I guess that even though we had slept well at the museum, it was not as restful as a good night’s sleep at home.

The next day I grilled outdoors a Spanish Paella with the wild mushrooms that we had collected in Aspen. It was delicious.

It is time to take down the hummingbird feeders, close our lovely home and prepare for our journey to Japan.