Observations From Sapporo Japan – Why are they so thin? 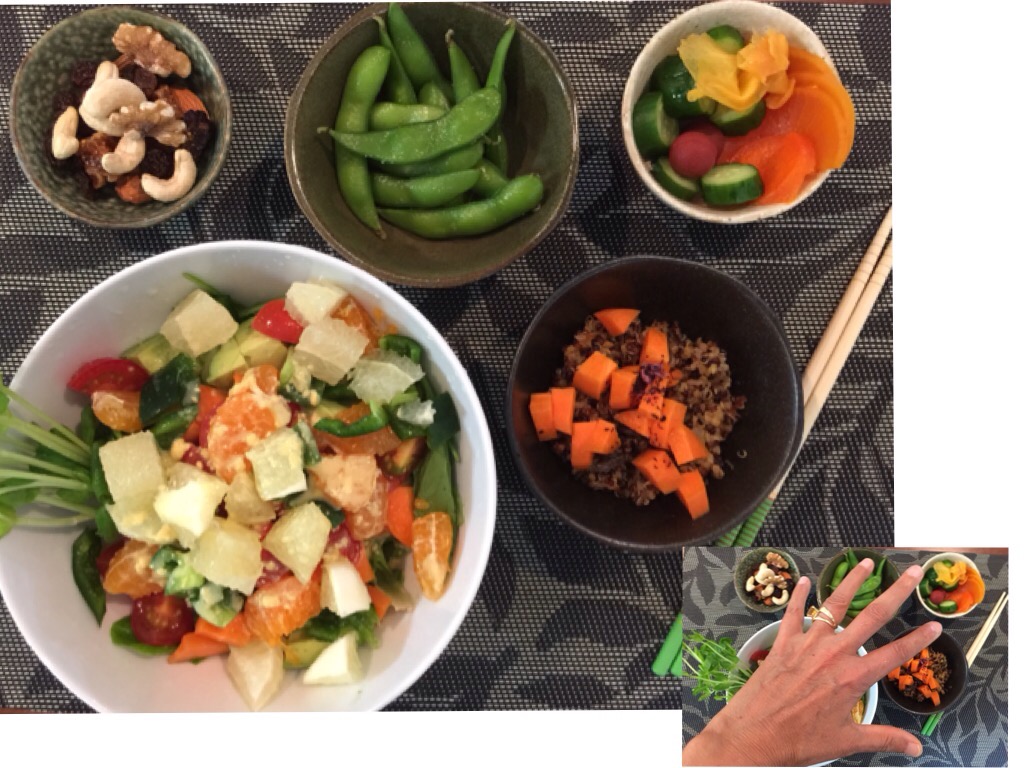 This is of course a generalization, but…..As we cycle the streets of Sapporo, I can’t help but notice that most of the people I pass do not carry ANY extra fat on their bodies.
Older or younger people, trendy and fashion oriented or just street workers wearing overalls, most everyone is thin without an inch of belly fat.

Jules and I, who are considered skinny in the USA and NZ, are without a doubt the fattest people on the streets, if you do not count other foreigners.

Yes, there are exceptions, and at times I do see heavy young teenage girls, or older businessmen who sit all day in their offices and then drink too much alcohol after work nursing a beer belly, but the majority of the thousands of people that I see every day, are extraordinarily lean.

Let me say that this was an eye opener for me, and completely reinforced my belief that neither nutrition nor exercise is the major determining factor in someone’s weight.

I still believe that both nutrition and exercise matter, but not nearly as much as we are led to believe, and nothing in comparison to what I have finally come to realize.

Yes, the Japanese culture is generally an active culture.
Many, many people in Japan cycle daily, and on the mountains that we have hiked, we have seen many Japanese people hiking, and even groups of local high school kids hiking these tall mountains together.
On the streets and in the parks, we have seen many people jogging, but the truth is that many of them also sit for long hours most days in their offices, and exercise only on the weekends.

The food that they eat also varies enormously.
They do not all eat healthy Japanese food, which traditionally is focused on raw or steamed dishes rather than fried food, steamed rice, soy beans and miso, salty pickles, varieties of seaweed and root vegetables, and a low, or no sugar diet.

Nowadays the people eat a wide range of not so healthy fried food, lots of meat as well as plenty of sweets and sugary desserts, cakes, pasta, pizza, waffles, pancakes, and sugary coffees and teas that originally came from Taiwan, Hong Kong, France, Italy and the USA.

So why are they still collectively so thin?

Before you give me the common argument, which is absolutely wrong, about their genetic makeup being different, allow me to say that the Chinese people, who also traditionally had a healthy diet and similar genes, are no longer collectively thin, but in many cases, robust and often fat.

The first, obvious reason for the collective Japanese leanness is PORTIONS.
They eat tiny amounts of food compared to the portions we eat in our cultures.

In the vegetarian restaurants that we have visited, the portions in the “lunch set” are so tiny, as to be considered no more than an appetizer in the USA or in NZ.

Even when we have stayed in hotels and there was a free breakfast buffet, I observed that most women, old or young, took only a plate with a small sampling of food, and none piled their plates with much food.

In hotels, if you see people who have piled their plates with a large amount of food, you can most likely count on them to be Chinese tourists, and not Japanese people.

To explain portion sizes in Japan, think of the size of a cake that you would normally get for dessert at a restaurant in the USA, and then divide it into five pieces- this is the portion size that you get here in Japan.
It is about 2 – 4 flat teaspoons, that is all!

More is NOT better!!!

We live in a culture that believes in the major lie that MORE is better.
That more money, more things, more experiences, more possessions, bring more happiness and contentment.
That logic extends to more food as well.

The logic of this belief is that if having something like money, friendship, love, or a satisfying career is good, then having MORE of it is bound to be better.

It is a lie that having more will lead to a better life.
Having more things will inevitably become an encumbrance, a burden on us and on our living space, leading in the extreme, to developing a hoarding mentality.

The mentality of believing that more is better will subconsciously lead us to carry more fat on our bodies, which will lead to an array of damaging health problems.

Before I move on from portion size and nutrition choices, I like to mention that most people eat the opposite of the Atkins and Paleo diets.
They eat grain with every meal.

Yes, most people eat a small amount of steamed white rice or noodles, at EVERY single meal.
The emphasis here is not just in the grain with every meal, but also on the SMALL.
They eat about half a cup of steamed rice or a cup of noodles- that is all

Outside of the Seven-Eleven convince shops which dot every street in Japan, I often see high school kids gathering and eating while standing up.

The majority of them eat an Onigiri, which is a small steamed rice ball wrapped in a small sheet of nori seaweed.
These Onigiris have a middle filling of just a touch of a pickle or tuna or salmon.
Those hungry kids, after playing sports, do not choose to eat a pizza, fried chicken or a burger, but a healthy TINY steamed Onigiri.

Which leads me to my last conclusion….That they are thin because they hold a common subconscious belief that one does not need to command much physical space.

The idea that we subconsciously carry in the Western world, as well as nowadays in China and in India, is that if you are too thin, it means that you are sickly, that you do not have enough, that you are less important than the king, the Raj or the emperor, who are fat from always eating good foods, and who never do demeaning manual labor.

For reasons which I hope will stay in the Japanese collective consciousness, they have not adopted the idea that one needs to carry extra weight on one’s body, in order to “protect” oneself from lack, hunger or a future shortage of food.

Japan is geographically located on the “Ring Of Fire,” which stretches along the Pacific from California and Hawaii all the way to New Zealand.
Thus Japan has always experienced many earthquakes, Tsunamis and volcanic eruptions.

Frequent wars, along with the natural disasters that strike the country periodically, have often left the people hungry and without supplies.
People in Japan died of hunger many times in the past.

But unlike the wars and depression eras in the USA and Europe, that led people to develop a mentality of keeping extra weight on their bodies for fear of future lack, the Japanese people have not adopted this mentality.

Sapporo is located on the coldest, northernmost island of Japan, where there are harsh winters and a thick blanket of snow covering the land all winter long.

Supposedly, during the winter, we believed that people “need” a layer of fat to keep themselves warm, but fortunately for the Japanese, this idea has not yet been embraced into the collective consciousness.

The truth is that we do not need fat to keep us warm nowadays.
We can wear a warm coat.

We do not need to carry extra weight on our person daily, and in the process burden our hearts and organs, in order to “protect” ourselves from an unlikely lack of food.

So why do most of the Japanese people not carry a gram of fat?…. Small portions and a collective consciousness of not commanding nor needing too much personal space – that’s why!

Jules and I had decided to do an experiment.
We bought small plates and decided to eat like the Japanese, small portions and a small amount of grain in every meal.

I am adding a photo of the meal that I made for us for dinner tonight.
To illustrate the size of the small bowls, I added a photograph of my hand, so you can see how tiny the bowls are.

Jikai Madde` (Until next time)
Tali

← Lake Toya Hokkaido, Getting Settled In Sapporo Japan, And Our First Week In School
The end of school, Zenkoji Temple in Nagano and a trip to see the snow monkeys. →