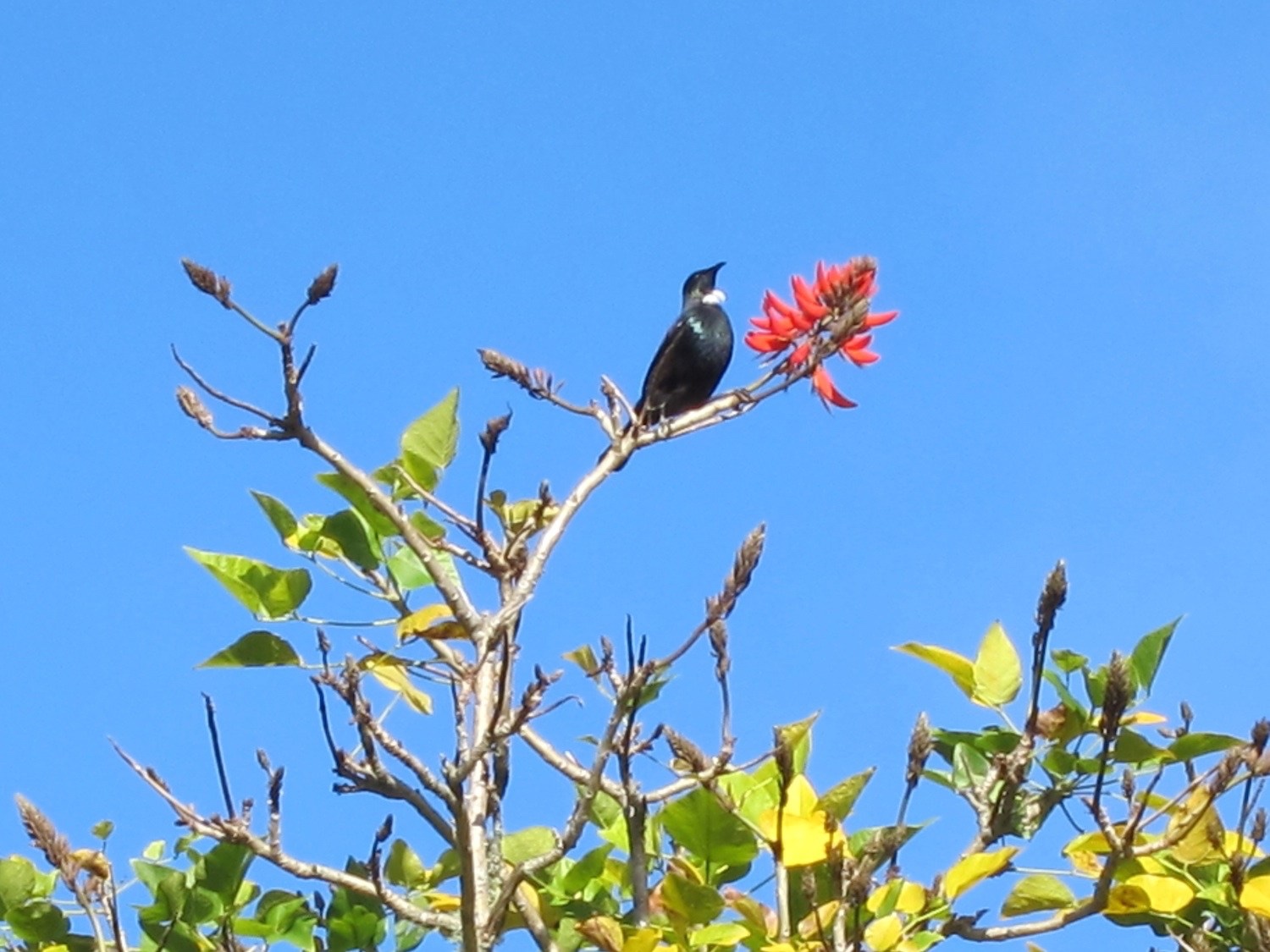 Recently I read an article, entitled, “Are your parents addicted to drugs…”
The article explains that aging parents are now consuming prescription drugs as if they were candy.

We seem to live in an age in which people want quick solutions for their ailments.
For the most part, their terminal conditions have no known cure, so they seek a relief for the associated aches and pains…. Something to calm their nerves… And something to help them through the day… Something to soothe them out of their fears and into sleep….

The tables have turned, and now the children who once were pot heads and alcoholics are looking at their aging parents with concern, asking: “Mom…. Do you really have to take all those pills?”

Mother: “Yes…. The doctor prescribed the pink ones for my urinary problem, the blue ones for blood pressure, the orange ones for my aches, the purple ones for digestion, the white ones for sleeping…. Or was it the yellow ones for sleeping?…. I forget now…… They all came from the doctor…. He is the BEST in town… He knows EVERYTHING and he is so kind….. He listens to me and he writes it all down on my chart…
He follows my health very carefully…”

In certain cultures on the earth, the elders are honored and respected, their life experience is seen as wisdom, and they are seen as assets with much to contribute to society.

In fact, in a now extinct tribe of ancient people that lived on earth, it was the custom to marry the young and handsome men to the grandmothers, and only when those grandmothers passed away, were those young men allowed to marry the beautiful young girls of the tribe.

In other ancient tribes, the grandparents were the ones to raise the children of the tribe.

It was considered that the parents did indeed have the young bodies to give birth to the children, but that they lacked the wisdom, patience, and experience to raise those kids properly….

This custom also freed up the able bodied young parents to go hunt for food, gather wood and attend to the chores of the collective.

Elders today are considered wise, until they reach the age of 100.
After this age, many people consider them outdated, out of it, representatives of old and outmoded ideas…

Of course this is a sad and unenlightened way to view the golden age, since those arrogant and ambitious youngsters will one day experience the same….

We need to create a new way to respect and honor the elders for what they DO have to offer and to share.

Sadly, many elders do not serve as a good example of wisdom and experience.
The common, yet erroneous belief that the body and mind are destined to deteriorate leads many elder people to succumb to fragility of mind and body…. After all….. They expected it to happen all along…..

If you fill your mind with the belief that your body is destined to deteriorate, to stiffen, to become more fragile and less able, and that your mind will become forgetful, feeble and useless, it is bound to happen, if only because of your beliefs and unexamined expectations….

In Israel, I remember the old people gathering on the benches in front of the medical clinic, waiting for their turn to see the doctor, whom they viewed as the new God…. The giver of life… The one who keeps them alive….. The keeper of the hidden secrets of life and death…

Every morning, after their cup of weak tea (strong black tea stains the dentures and messes up the stomach lining) they ate a slice of dry toast, put on their clothes and went to the park to sit on the bench in front of the clinic…. Periodically checking to see that their names were not skipped on the list…

They did it DAILY…. Going home in the afternoon, stopping at the corner pharmacy to get their pills, ointments and drug prescriptions filled….
Their lives were devoid of purpose and hope, and their only joy came from expecting their children or grandchildren to call…

In his book “The Blue Zones,” author Dan Buettner teamed up with National Geographic and hired the world’s best longevity researchers to identify pockets around the world where people lived long lives filled with vitality.

In these Blue Zones they found that people frequently reached the age 100 with good healthy bodies and minds.

Buettner and National Geographic took teams of scientists to each “Blue Zone” location to identify lifestyle characteristics that might explain longevity.

They found that the lifestyles of all Blue Zones residents shared some specific characteristics.

I agree with many of their findings, but do not agree with some, and I have my own opinion as to what could nourish inside of you a belief, which could then be manifested as a reality, of longevity and perfect health.

The concept of a Macrobiotic diet was originated after researchers found that the people living on the island of Okinawa, and further south on the Ryuku Islands of Japan, lived long and healthy lives, often living to way past 100 years with much vitality.

Since it is a long held belief that food can either deplete or increase the body’s energy levels, it was believed that the Macrobiotic diet does not just promote health, but energizes you as well.

The people on the Ryuku Islands ate a non dairy diet that was rich in whole grain rice, seaweed, vegetables, miso, tofu, and fish.
They traditionally ate no sugary desserts and very little fat.

Later researchers found that many centenarians (what they call a person who has lived over 100 years), did not eat meat or chicken, but they did eat small amounts of pork…. And many enjoyed an occasional cup of sake (rice wine)…. So I do wonder wether their diet was the main reason for their longevity and perfect health……

From my own travels to remote places where old people enjoy long, healthy and vital lives, I have drawn my own conclusions.

All those places where large concentrations of centenarians live, like the
Ryuku Islands in Japan, the rocky island of Sardinia in Italy,
Nicoya in Costa Rica and Ikaria island in Greece, are all remote rural places where the pace of living is slow and relaxed…..
People have time to think…. To be……….to breathe….to appreciate life….

The noise and fear-based ideas of the busy world did not travel often to those remote places, and people tended to live from within outwards….

They did not fill their hearts with endless cravings for consumer goods, and instead spent much more time observing nature.

Life on those rocky and very hilly islands was hard in the terms used by modern societies.
There were no elevators, no cable cars, to take one up the mountains… People walked, climbed, worked the land and moved their bodies, which in return, served them well as useful instruments.

If we don’t like to move, and seek to make our lives easier all the time, we end up stiffer, less flexible and with bodies that ache and give us signals of pain, when we finally do want them to perform for us….

When we recently ordered our new washing machine and dryer, the store owner asked us if we want them on stands…

“Yes, (said the owner,) many people who buy these front loading machines, do not like to bend, and so the manufacturer has made stands, which raise the machines to comfortable levels so you do not have to bend.”

Of course we refused the stands, and we love to bend and to exercise our bodies.

The other day in our house in Kohukohu, we got a visit from a Jehovah’s Witness.
Our home in Kohukohu is situated on a hill, and a long staircase with many many steps leads to it.
It is built a little like a tree house.

The Jehovah’s Witness was a heavy set man, and he was huffing and puffing by the time he got to our front door.
Because he had climbed so much, Jules listened patiently and kindly to his sermon, which he later conveyed to me.
He shook the man’s hand and asked him to take his time walking down the steps, so as not to slip.

The man actually made sense, as he spoke about how the Jehovah’s Witnesses object to the Catholic church’s meddling in politics and gay marriages, its refusal to allow women to become priests and messengers of God…. and he added that they also object to their view of telling people that humans are sinners born of mortal sins… And a lot of other things that I actually fully agree with….

He may have made sense, but he was not an old man at all, yet he could not climb our stairs which Jules and I climb daily and totally effortlessly….

But back to the idea of longevity, vitality and good health… a major component is that those people who live in remote rural places do not tend to read all the recent research about prostate cancer, and a lot of other diseases and health problems…

They eat in moderation, do as much as they feel like, take the time to be natural and harmonious beings…..

They do not occupy their minds with fear for their health….they simply live life and are busy with their daily and communal affairs in a humble spirit.

It is a funny and somewhat contradictory fact….. that the more you know, the less it is good for you…

The reason it is funny, is because all this “current knowledge” about diseases, is not real at all…
Until the medical profession catches up to understanding the truth of what makes a vibrational body, no real or lasting understanding of health or medicine will arise…

Isolation and remoteness can lead to good health and a good life.

I recently saw a documentary called “I AM,” made by the producer of the Jim Carey movie, “Ace Ventura”, who documented his own search for healing after a nearly fatal accident.

The medical profession offered him no solutions…. And he only fully regained his health after spending some time in total isolation on a remote island, away from the influences of others, and away from the ways of thinking and believing of the world…

Daily physical activity, should not be replaced with time or labor saving machines, and we should not seek to make our life “easier,” by seeking to move less…. It will end up atrophying our minds and subsequently our bodies…

Soon we will be visiting the Ryuku islands, and I will gladly continue to report what I see there….

To read about the Blue Zones:

← Excuse me, I was just following orders, and the dangers of the obedient mind
Reflections about our physical design →