Excuse me, I was just following orders, and the dangers of the obedient mind 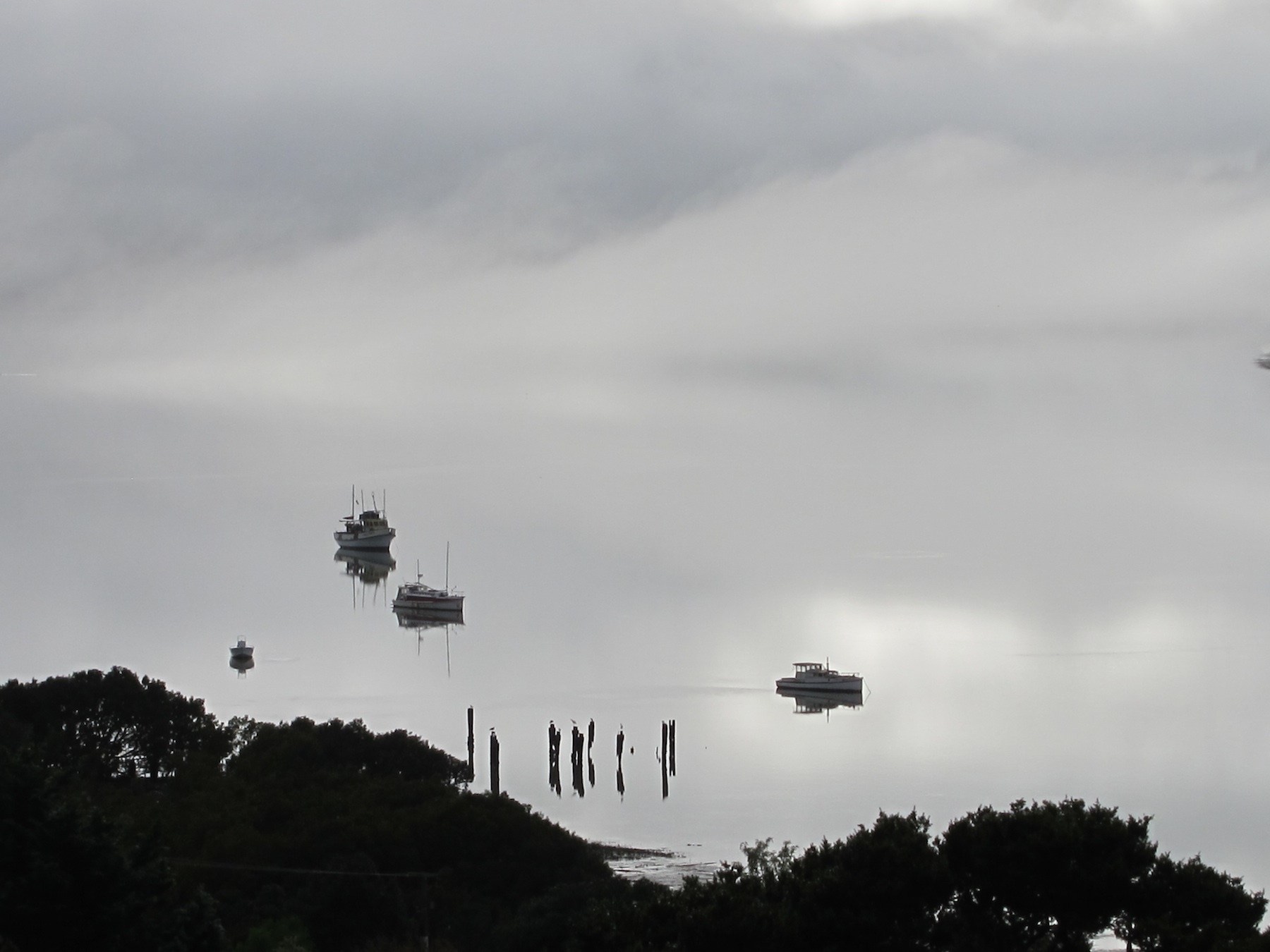 There is a desire in us to be loved and accepted by our peers and by our community.

It is an innate human desire, that originated when we first started valuing living in groups.

Primitive men started living in communities, as a way to ease their work loads, to search for food more effectively, and as a means of protection from outside dangers.

Communal living developed in us some psychological needs, which we still carry inside us, into what we now call ‘modern living.’

Even if we live alone in remote places, or in city high-rise apartments, even if we believe ourselves to be artistic or eccentric individuals, we still have a hidden psychological need to belong…. To be accepted…. And to be understood.

Everybody knows it…..In order to successfully belong to society, you must obey the rules.
There are many rules, and many systems to trust and to obey, in order to rise up the unseen social ladder.

We are trained from early childhood to understand how society works and to learn to participate, by obeying the rules.

In the corporate world, you cannot be overly emotional, easy to anger or lose your temper too often…. You have to learn the systems of your corporation, and you have to be productive, loyal, well meaning and orderly….
If you display too many contrary qualities, chances are you will get sacked.

The problem with the obedient mind is that it tends to get so used to following orders and being orderly, that it loses its good and critical judgement, its ability to evaluate situations and make wise snap decisions, based on changing situations.

In other words, when the massacre of the Holocaust happened in Germany and all over Eastern Europe, many people honestly thought that they were being civil and obedient, good citizens, by following the orders of their government.

How is it different when your country recruits you into the army, and goes to war on some tropical island, telling you to shoot the Vietnamese there?
You are only following orders, and chances are, if you are good at what you do, your country will give you a medal and a life-long pension for it.

Those unthinking obedient Germans lived under a Nazi government, that had the policy of exterminating the Jews.
Just like other obedient and unthinking soldiers, they just followed orders and believed themselves to be good, loyal and obedient citizens, doing what was expected of them.

They did not stop to think that the “Factory” that every morning they dressed up and went to work in, was busy incinerating other living human beings….

You might think to yourself that this is indeed terrible, but that it would never happen to you….. You are a progressive thinker and the times are different now….. You would NEVER follow orders like these….

Well…. Let me tell you a true story, about how your own obedient mind can be your worst enemy… Your least valuable tool in life….

The story I am about to tell you was subsequently the subject of many psychological studies.
Many behavioral researchers have studied it, trying to understand why we behave in certain ways under certain circumstances.
But allow me to tell you the story first, before we get into analyzing it…

The year was 1977, and it was a VERY misty day on the beautiful Canary Island of Tenerife.
At the airport, the fog was so dense that you could hardly see the runway.

A Pan American 747 jet was getting clearance for takeoff… It had 496 people on board.

What the air control tower could not see was that another plane, a KLM jet with 248 passengers, was already occupying that same runway….

The KLM crew misheard its instructions, thinking that they were cleared for takeoff, and since the fog was so dense, neither pilot could see the other plane approaching, and they collided on the runway at 160 miles per hour.

The KLM jet bounced into the air and rolled over a few times, resulting in a large explosion of its jet fuel, and a huge fire which burnt to death everyone inside.

While the fire fighters and emergency crew attended to the flaming fire of the KLM jet, nobody knew nor could see the other plane…. The Pan Am plane which was still sitting on the runway, after the collision…. With 496 passengers inside….

The impact of the collision had cut a hole in the center of the Pan Am jet.

The pilot had been unable to shut off the engines before the cables were severed…..
The engines kept on going, risking a fuel explosion and a major deadly fire….

The open hole in the middle of the plane was the escape route for the stunned survivors….
But what actually happened was far weirder that you might imagine…

In movies, we have seen depictions of crashes and major calamities, with people pushing to get to the exits, trampling over one another in the search for safety…..
We tend to think that this is a natural instinct….
An innate survival skill….

But only a very small number of people on the Pan Am plane actually had the mental clarity to asses the situation, to unbuckle their seat-belts and run to the open hole in the middle of the plane, and then to jump out and get to safety…..

There were only a few precious minutes to act…. Before this plane also had a fuel explosion, and a fire that consumed its remaining passengers….

The majority of the people (426 people out of 496), just sat there stunned, with their seat-belts still strapped on tight….. And their heads bent over their laps, between their hands,……. as we are always instructed to do by the flight crew in the event of a crash…..

One survivor who had traveled with her husband and friends on a holiday to Tenerife, recalled that she too was curled up covering her head, when her husband, already standing by the open gash in the plane, yelled at her, asking her to unbuckle her seat belt and to run to him…. He held her hand, told her NOT to let go of his hand, and they jumped together through the hole in the plane, and ran to safety…

She recalled that just before they jumped out, she looked back at her friends, all still sitting strapped to their seats, and that she had a feeling that if she were to call to them to unbuckle and follow her, that they would have done it…. They would still be alive….
But she recalled with remorse, that she was too paralyzed to do so….

Just a few moments later, the fuel tanks exploded and the resultant fire consumed all 426 remaining passengers….. Only seventy passengers had jumped to safety.

The psychological and behavioral researchers who have studied this plane crash for many years, came to a theory which they called “The Normalcy Fallacy.”

It states that in extremely dangerous situations, people tend not to think, not even to panic, but to pretend that everything is normal and OK….

The researchers also confirmed their idea, by the fact that some survivors of the 9/11 Twin Towers explosions, also did the same….
Instead of running in urgency to safety, some logged out of their corporate computers, shut down their operating computer systems, closed the lights and shut the doors, as if everything was normal, and they were leaving the office at the end of a regular workday…

But the theory that I want to add to the analysis is the theory of the “Obedient Mind.”

Just like that plane survivor, who felt that if she had only instructed her friends to unbuckle their safety belts and follow her, that she would have saved them,….. In the absence of orders to follow, these people did not know what to do….
They were so used to living life with civil, orderly and obedient minds, that they were helpless without orders and instructions….

It is time to reclaim our own wisdom, our own inventive and creative minds, and to stop yearning to be liked, loved and accepted by others or by “society.”

We need to reclaim the connection to our own inner wisdom, and to stop following creeds and dogmas…..to listen to the God within our hearts and to be true to our own creativity, our own sense of truth……

We need to march to the beat of our own drummers….
Even…. EVEN if other people do not understand us…. Nor dig our philosophy or like what we say!

← Back In NZ
Reflections about longevity, good health and vitality →

2 Comments on “Excuse me, I was just following orders, and the dangers of the obedient mind”