A tapestry of birds 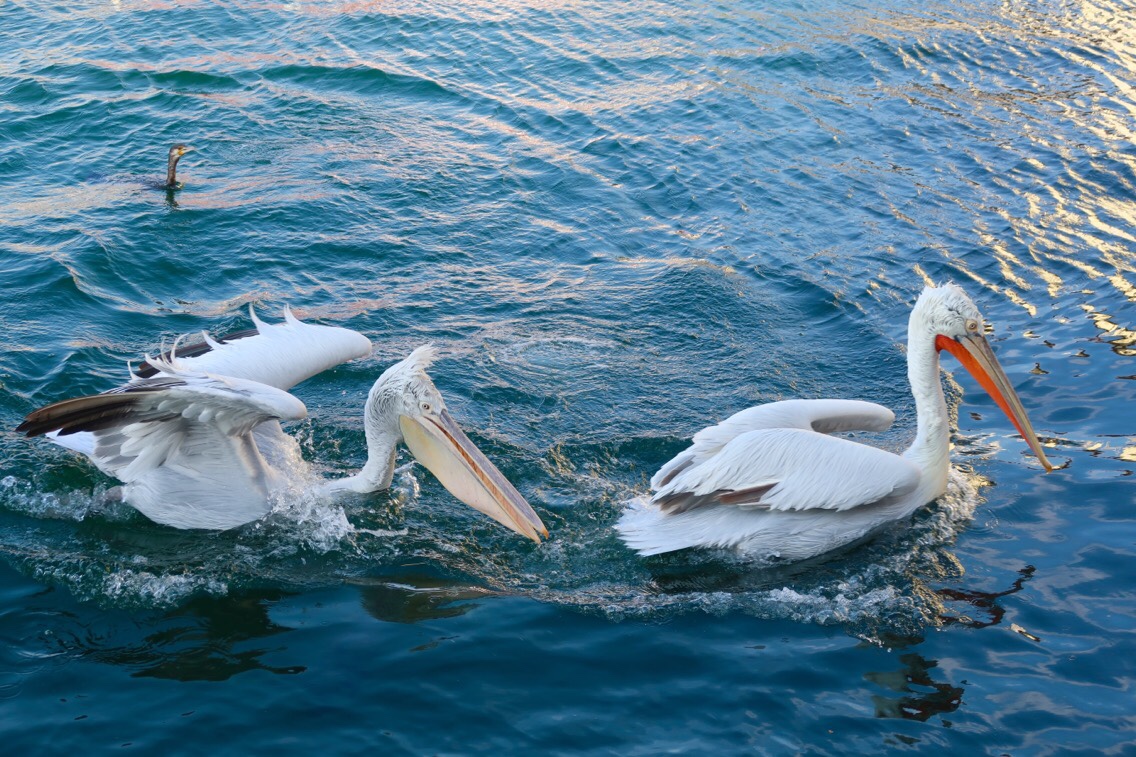 Birds live among us, hovering over and adapting to the changes we humans constantly make in the environment and the world around us.

I love birds…. And both in New Zealand and in Colorado, I enjoy taking the time to observe them.

My Persian grandmother used to feed the pigeons that gathered on her front porch.
Her neighbors in her Jerusalem apartment building used to complain, calling those pigeons, “the new city rats.”

My grandma ignored them and continued to feed the pigeons daily, and she also raised two large parrots and many small parakeets in her house.

She loved birds, and I think that she could not relate to the fact that most people love cats and dogs, and keep them as pets.
She came from a culture that kept doves as pets, and prized the songs of love birds.

Many stories in Asia and the Middle East revolve around birds….. A colorful bird with exceptional feathers would be a gift offered to pacify a covetous king….
Legends were told about singing birds that stopped singing in captivity…. And about loyal doves that flew with messages across continents, and made their way home safely…..

I even remember that as a kid, when I dined at my grandma’s house, I inquired as to the name of this delicious chicken dish, which she cooked with large pine nuts, raisins, delicious yellow rice and whole almonds, and I was told the Persian name for the dish….. And she added…..”Oh, and it is NOT a chicken, it is a pigeon!”…. And I would inevitably put the fork down…. Suddenly feeling too full to eat…

In Morocco, they make delicious dishes with pigeon meat often wrapped in pastry, and even a pigeon dish sprinkled with powdered sugar.

In India, Jules and I spent an afternoon drinking tea in the garden of an old palace, observing the large colorful Peacocks flying over the fence…it felt like such a magical moment…..

Recently, I woke up in the morning to a strange and unidentified sound.
It sounded like someone was drilling metal or iron.
It was a strange loud sound, but I could not see anything or anyone causing it.

Since our nearest neighbor’s house is located hundreds of feet away, I asked my husband to try to help me identify where it was coming from, but he was also unable to imagine what was causing it.

One morning, it occurred to me that maybe it was a demented woodpecker, mistaking the metal roof of our bedroom porch for a piece of wood….. And since we have no way to view this decorative roof, we cannot see this woodpecker….

I’d noticed a few woodpeckers flying around our trees recently…. Maybe this was what has been causing the strange sound….

I did a search online, and found out that this possibility was a very good one.
Many people complained about woodpeckers pecking their roofs or even aluminum siding, starting as early as the crack of dawn.

It turned out that woodpeckers usually peck wood, looking for worms, ants and other food, and to create their nests, but they also peck metal to make a loud sound, to mark their territories.

I did not want to scare this tiny woodpecker, marking its territory, and so I left it alone for awhile.
Eventually I got tired of being woken up early by the woodpecker’s metal drilling, and I went out to the porch and knocked on the roof from inside.
Indeed a woodpecker flew in fright into the nearby woods.

In the past few days, I have not woken up to the drilling sound again.

But this is not the first time that birds have taken over our properties….
Since we only stay in each house for a few months out of the year, the birds often roam the place undisturbed.

In New Zealand, I found a colony of colorful parrots every morning on the rail outside my bedroom…. Singing and chatting joyously loud…
They continued to do so until they noticed us inside the bedroom, and they changed their gathering habits.

Birds are very wise and adaptable.
In Vietnam in a busy market, I saw that birds took to eating long red spicy peppers, which had been thrown away by the people who bought their food at the market stalls.

In Tokyo, large birds adopted the habit of picking up nuts from trees, but because they could not break the hard shells to get to the nuts, they started dropping them from the tops of high rise buildings into the streets below, and after those nuts were cracked by the passing cars, the birds would descend to the road between red lights when the cars were stopped, to eat the tasty meat of those nuts…

The cynics among you would dispute this adaptation fact of city birds….. Questioning which Japanese car weighs enough to crack a nut…… But it is a fact of life that those birds have learnt how to adapt to city life…

Living in remote rural places, and living a life that is somewhat monastic and very contemplative, I often take to observing the birds, the tides in the harbor, and the nature around me….

I listen to the whistle of the wind as it rattles the bamboo…. And I observe the dragonflies in the lily pond….

I am happy living a quiet and contemplative life, in isolation away from the noise and clutter of the world……

The Greek Philosopher Aristotle, once said that “Happiness is the goal of life…. But pleasure, fame, and wealth, will NOT bring one the highest form of happiness; it is achieved only by a contemplative and monastic way of life….”