About living a blissful life, Gay rights and the new business model 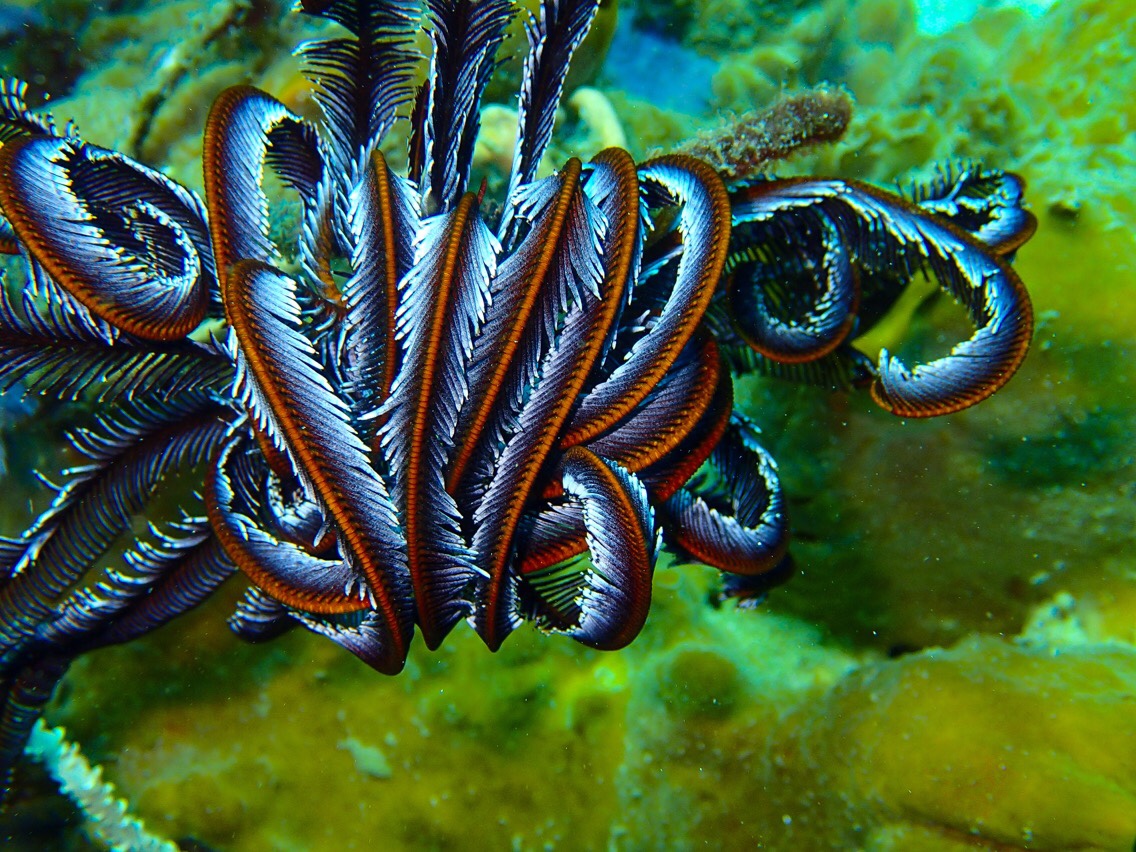 Living in relative isolation in the beautiful mountains, surrounded with nature, is very restorative.

Sometimes… When I allow my artistic imagination to roam… I imagine that somehow…. Jules and I have escaped through some reality crack, into a MUCH better… Heavenly reality…

While most of the world is still caught in wars, in struggles for survival, for money, for equality, for basic human’s rights, for asserting themselves through careers and power…. I dwell almost all the time, in an indescribable happiness.

Not every day of my life is different, but the days always offer me such an all encompassing happiness.

I have read some people speaking about how with the passing years and with much spiritual growth, they have come to a place they can describe as ‘Contentment’….. But I would be lying if I described my own state in the same words…. I truly experience much light-filled joy…

When we do venture out of our own beautiful place, we usually have wonderful experiences as well.

Last week we attended the Vail Film Festival, and on one evening, we ate at the newly opened Japanese restaurant Matsuhisa.
It got so many bad and mixed reviews on the Tripadvisor website, that we were a little reluctant to pay the enormous price….. ($300 for a tasting menu for two)…. At this price, we wanted a GREAT meal.

And indeed it was.
We had exactly the opposite experience that most people moaned about.
The service was knowledgable and professional, and the tasting menu included eight DIVINE tasting and creative morsels.

This week, as it was already too warm to ski, we inflated the tires of our road bikes, and went for a beautiful ride along the Colorado River.
It was such an enjoyable scenic ride, and I stopped along the path to observe and absorb the strong energy, as the water was crashing and gushing over the river rocks….

We finished the day with a fabulous meal in the tiny town of Carbondale.

I often wonder…. How did we get to be so blessed and to enjoy such a wonderful life….

I attribute most of it to a higher frame of mind.

You can have similar life circumstances, but if one has a bigoted mind, or a mind that is filled with worries, concerns,….focused on anger and on life’s many dramas…. You will not feel the same bliss nor feel so blessed….

I am always willing to correct and uplift my own lower frame of mind, when I find myself experiencing it….

I invite you to follow my own process, exactly as I experienced it this morning…

First I Wrote This:

One of the things that really gets me is the hypocrisy of the religious organizations, which are supposed to be based on the teachings of Christ, who did not see people as ‘prostitutes’ or ‘thieves’, but as beloved and worthy children of God, who taught us to love one another and see one another as one big family, and not judge one another by our earthly preferences and actions….

Those churches claim to be based on the teaching of Christ, who spoke about love, mercy and compassion, but actually they do more to divide people and to judge them as unworthy, to promote guilt in them and cause wars among families and in their communities.

It also bothers me that in the USA, those churches enjoy a tax free status, while they do meddle in politics, in moral and in civil decisions, and they use tax free money to sway elections, and to meddle in many other affairs which should not be done with donated money.

I saw documentary films with unquestionable evidence that the Mormon church, as well as the Catholic church, do just that constantly….

These two churches were behind the conspiracy to reverse the laws guaranteeing the rights of gay people to marry, that first passed in California, and later was reversed by popular vote, leaving all those marriage certificates totally void and worthless, and many gay people with broken hearts,……… after getting a glimpse of hope that society is advancing forwards in its tolerance and enlightenment…..

For a short time it felt as if the dark ages were behind us…. Only to be rudely reminded that our own churches which are supposed to promote love and mercy, are at the core of the darkness.

Those churches refuse to extend kindness and charity to gay people, and they do much to instill hate within their congregations towards gay people.

Look at today’s story in the news:

“A day before Easter, the head of New York’s Roman Catholic archdiocese faced a challenge to his stance on gay rights: the resignation of a church charity board member who says he’s “had enough” of the cardinal’s attitude.

Joseph Amodeo told The Associated Press on Saturday that he quit the junior board of the city’s Catholic Charities after Cardinal Timothy Dolan failed to respond to a “call for help” for homeless youths who are homosexuals.

“As someone who believes in the message of love enshrined in the teachings of Christ, I find it disheartening that a man of God would refuse to extend a pastoral arm to such youths,” Amodeo said in his letter to the charitable organization last Tuesday.
(taken from the Huffington Post)

He also added that every Sunday he teaches kids from the teaching of Christ: “love thy neighbors,” and that he feels like a hypocrite when his own church does not do the same….

Hmmmm…….Love thy neighbors…. And in NO place does it mention “unless they are gay…..”

Homeless kids are in need of food and shelter, compassion and help…….
It should be extended to them REGARDLESS of the fact that they are gay….. Can the churches really be this blind as not to recognize this?……

Then I stopped and meditated about these feelings I had…

I noticed that with all objectivity, I cannot single out only the Mormon and the Catholic churches as promoting separation and spreading fear based ideas.

Is the Jewish god Yahweh, with his jealous and angry strict rules that do not even teach of love, but instead speak of an eye for an eye, any better?…..
Or does the Muslim religion, by calling all those who do not believe in Islam infidels, and seeing them as sinners, do more to promote love and Universal brotherhood?…..
Of course not!

The best thing that ever happened in the right direction of progress, was the separation of Church and State.

It came with the understanding that religion is a PERSONALLY held belief.
It is the right of each individual to translate the teachings close to their hearts and to follow them, and that all those inner codes of morals and beliefs, should NOT interfere with each individual’s quality of life in a free democracy.

The new code of living allowed each person to thrive and work in a democratic state, regardless of their religious beliefs.

The new code of business does just that.

Companies and places of business wants customers.
They do not see them as Christians, Muslims, Hindus or Jews…. They see them as paying customers, and they know very well that if they alienate people based on religious prejudice or preferences, they would be losing customers and therefore money.

Somehow….. The quest for Money has done more to show people the right direction, toward understanding the concept of tolerance and Universal brotherhood, than did the quest for God….

God could be interpreted and of course MIS-interpreted…. With no visible repercussions…..
But if you alienate your customers, you will see it immediately at the bottom line.

Yes, much of the corporate world still operates with old fashioned business men who dominate the marketplace with dinosaurs’ mentality and thinking, but they are quickly being replaced with younger and hipper technologically advanced minds that understand equality and believe in a new and respectful business model.

Maybe in the sixties, it was OK to be a male chauvinist in the workplace, but today it will get you fired and could cost you, or your company, millions of dollars.

Recently the head of a major US newspaper got fired for jokingly telling his secretary to come into his office to help him reduce his stress, by giving him a blow job….

The internet has helped to create a new world, and a new model of money making rules and ethical codes of conduct….

We must move beyond ancient religious beliefs and we MUST respect everyone.

In today’s environment, you cannot be old fashioned and be successful….

When you enter a workplace, you must not assume that the middle aged distinguished looking man, with the grey hair and the nice suit, is the boss….
Neither should you assume that the good looking reserved woman with the professional business suit is the decision maker….

The decision maker could be the kid with the red tennis shoes or the Indian grandma sitting in the corner of the room, because she does not like those weird swiveling office chairs….

The new code of business is honor and respect for all…

Next will come loving all, after we truly give ourselves the opportunity to get to know one another beyond prejudices, and will be able to empathize and understand one another….

An evolved society must move in the direction of Universal brotherhood, and meet on higher levels of understanding and embracing of differences, while unifying our minds with higher values.

I can see some of you nodding your heads…… Thinking that we still have a LONG way to go…..
Maybe so…

But evolution is ever PROGRESSIVE….
It is not regressive…
Even if it takes time and does not seem to go as fast as we wish…

My own inner voice was encouraging me to ‘Be patient’…….. And do not get disheartened…. It is coming….