The Positive Fear Of Debt 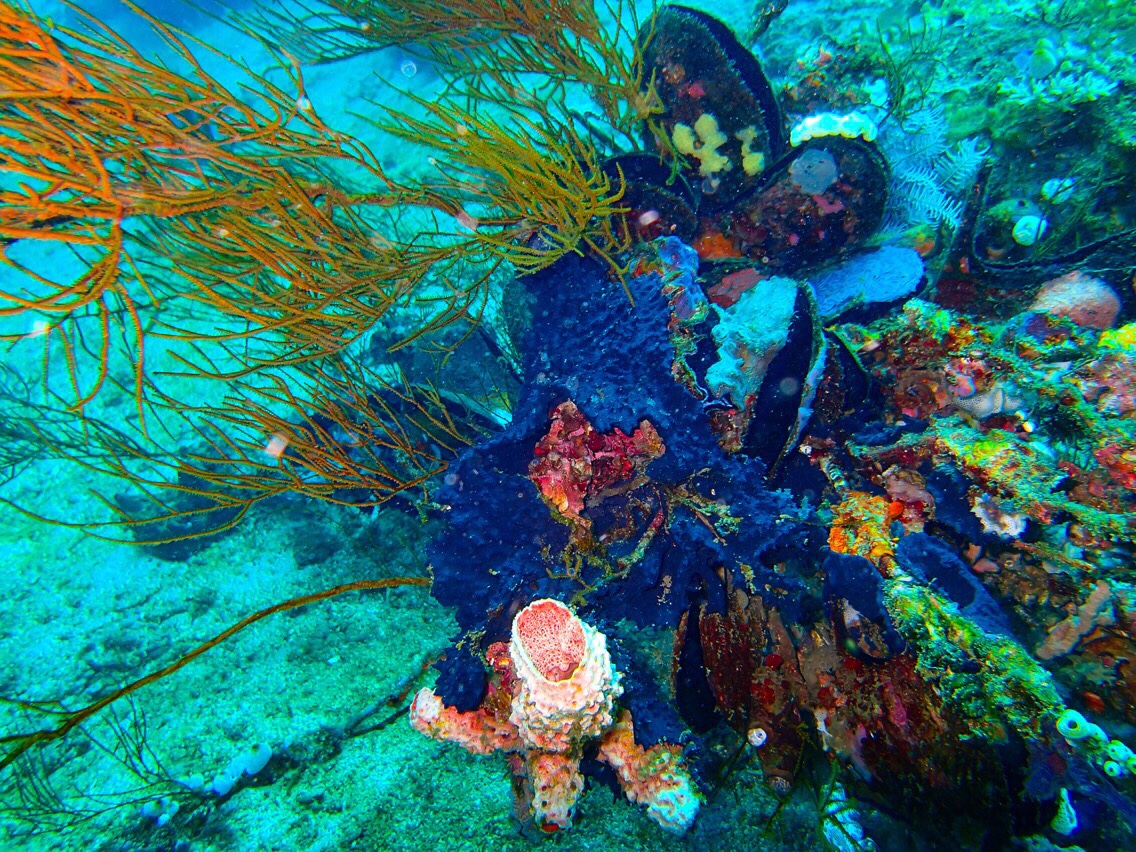 that even though China is relaxing its strict communist policies and allowing people to own their own homes and apartments, the dream of home ownership is not available to most people.

In the past fifty years, many who have an entrepreneurial spirit, have emerged from forced poverty, which was caused by the fact that the communist party took away people’s inheritances and all private property, and did not allow people to save money or to own private property.
But unlike those entrepreneurs who have been quickly amassing their riches, many students and young adults have nothing but a job that pays very little and which is never secure.

I asked Jason, our Chinese guide, what about buying a small apartment and later selling it for profit, if he could find an apartment in a place that is up and coming… He has a good chance of enjoying his own place to live in for a few years, and the possibility of making a profit…

Jason said that he has absolutely no money for a down payment for an apartment, and the bank loan would take all his monthly income, that is, IF he were even to qualify for a loan.
He said that his parents and his girlfriend’s parents are poor, and that all they can help with is to offer him a free place to live in a room at their home.

Besides….. He added, that he does not want to mortgage his future for a house.
What if he changes his mind and will want to move or to travel…
He said that he has no desire to start his life owing so much money that it might take him the rest of his life to get out from under.

I shared with Jason my own life story, in which buying a house on a full mortgage and later selling it for double what we bought it for, was the start of our financial independence….. It was the seed money we used to invest and grow financially….
But I was not trying to be very persuasive, because I could fully relate to his fear of debt and of borrowing so much money that he did not have, and that will take him thirty years to return, by working every day of his life for a salary…

When I look upon our society sometimes, I wish more Americans (or New Zealanders) had the wisdom and insight not to buy so foolishly into the system….. But to have a healthy fear of debt….

I recently read that student loans in the USA had reached one Trillion dollars…. Yes… That is TRILLION dollars…

This means that at a very young age, thousands of college graduates flood into the marketplace every year, each burdened with a huge loan and with the responsibility of earning enough money to pay back their huge debts.

People borrow large amounts of money to buy new cars, to renovate their homes, to buy homes, to get an education….. It seems that the American way to get somewhere in life, is to dive into a pool of debt and to spend the rest of their lives trying to stay afloat…

You could say that the recent housing collapse may have occurred because greedy banks allowed low income people to borrow more than they could afford,…….or you could say that nobody forced those people to sign balloon loans that they could not afford……….. and that the banks just provided a service, and attempted to capitalize on the greed and need that they saw in a public which had lost all sense of what it meant to owe a million dollars when you are so young…..and with no money put aside to cover it if things get worse….

To me it seems that the real problem was NOT the greedy banking system, but the fact that people forgot how to FEAR the concept of DEBT.

I am not suggesting that the system was flawless…….
Far from it,….
The wrong thinking, no fear of debt, and greed, occurred on all parties involved, and finally accumulated and led to the collapse.

The banks and mortgage companies let go of common sense and threw caution to the wind, encouraging overly competitive employees to write risky mortgages, thinking that by chopping these loans up to small bits and bundling them with others, and then reselling them as new investment products, they had somehow minimized their risk of loss.

Obviously their twisted logic did not work, and ultimately, it led to the financial collapse of these mortgage giants, along with many banks who had offered these unsecured and unrealistic loans and bad investments.

But this is not the subject of my piece.
I want to confront a bigger issue…. which is why people walked so willingly into these financial traps and signed their names on shark-ish or balloon loans that led so many to their financial demise.

The concept of debt has become so “normal” in our modern society, that nobody thinks about it too much.

People borrow money as if there were no risk…. They seem to erroneously think that if they qualify for a loan, it is the bank or the credit card company that takes the risk… Not them.

Debt is accepted as “normal” and even as necessary, when it comes to financing new business ventures.
Risk taking is considered to be a part of the entrepreneurial spirit and taking loans is considered to be a positive action, that minimizes your own risk and responsibility….
Taking on debt is done too casually, and the complications and consequences are not well evaluated by many.

I sat with some major capitalists, who told me that they encourage their employees to borrow money… Because when they are in debt they become hungrier, and that hunger makes them better salespeople…… Better employees who are more likely to want financial stability in their jobs…..
In other words, the way those bosses saw it, was that the burden of debt made their bankers, sales people and other employees hungry for money, for security, for excelling at their jobs… For staying at their jobs and for trying to do well….
When people have less to lose, they are usually more picky, and not so hungry….

I wish to encourage those who care to think about it, not to buy into these ideas…. They do not promote your overall well being….
Debt is NOT normal, and it has to be feared, because debt does not take into account the fluidity and fluctuations of life.

A person might lose her job, her business may close down or fail, her long time and established place of employment might go under, a person might become sick and unable to work for a while, or her spouse might experience any of the above, and not be able to earn an income.

Life is fluid and constantly changing, but loans are NOT.
Loan payments, WITH the compounding interest, keep on ticking every month like clockwork, and they need to be met, even if you’ve lost your job, gotten sick, or you’ve been involved in an accident.

Years before the financial collapse, I read that MOST Americans had a negative net worth balance.
This means that when you calculate their total debt, (including their mortgages), against their assets, they have nothing left – they were in negative territory.

I could not believe this at first, because I often do not believe surveys, but it was true.
I just could not believe that so many people would be foolish enough to live with a negative net worth.
Think of the level of stress and anxiety that must flow through the fiber of our society, when all those new cars and homes were not bought with surplus money, but were all adding to people’s debts, anxiety and stress…..

But apparently this was true.
Many people do not have any savings, and they do accumulate a lot of debt.
They bury themselves under the burden of their debts and they spend their lives not as masters of their destinies, but as hungry people, looking to pay back their debts.

If you grew up in a capitalist society, you may think that borrowing money to start a business is absolutely necessary these days…. You might believe that most people do it and it seems like the “right” thing to do….

Let me share with you briefly two major success stories which contradict exactly this.
I could keep on sharing dozens of similar stories about people who started with nothing and did not bury themselves in debt….

Sara Blakely is the inventor of the line of slimming under-garments called Spanx.
She started the line of close-fit-under-garments in the past few years in the USA.
She was working as a low income employee in Disney-world, when she came up with the idea.
She had NO fashion nor manufacturing experience and only five thousand dollars for her startup money.
She took NO venture capital money to start her business.
She grew her business beyond all expectations…. She is now a Billionaire…. (yes, with a “B”)

The two brothers who started the t-shirt and hat company, “Life is Good,” were just two college graduates who had absolutely no money.
They decided to go on a road trip around the USA, and to contemplate what they wanted to do with the rest of their lives….

To pay for gas and for food, they printed a bunch of t-shirts (not yet with the slogan “Life Is Good”) and they sold them ONLY in college dorms around the towns they visited.
They often were warmly welcomed by the college students who thought that their five year road trip was a cool idea….
The two brothers often also slept in the dorms to save money, and as a nice change from sleeping in their van.

They said that it was a great time in their young lives….
To be carefree and to drive an old van and sell t-shirts…… but they added that it also was not so great…. Since it was hard to pick up girls for dates, when you have absolutely no money and you sleep in a shitty van which you share with your brother…

One evening they sat with a group of college kids and the conversation was about how the media always focuses about what is wrong in life…
They reflected about how this tends to paint life in a very negative manner….
People tend to believe that life is mostly hard… When in fact…everyone is making their own choices, living the best life they can imagine…. And in reality, tragedies only strike very very few times in life….
Most of the time, life is grand… Life is wonderful…. Life IS GOOD.

So they decided to put this on the t-shirts that they sold.
The “Life Is Good” company now makes two hundred million dollars per year.

You can make your own path in life, if you do not simply follow in the footsteps of what others are doing or by accepting what is considered “normal” to do in our societies…

Do not take lightly the concept of debt, and think more than twice before you commit yourself to borrowing money, or before you venture down paths that will affect the rest of your life….

← The Pope went down to Mexico, he was looking for a soul to steal
The symbolic meaning of Easter and Passover and The Careers of the Light Workers →

1 Comments on “The Positive Fear Of Debt”