The mystery of Jesus and reincarnation 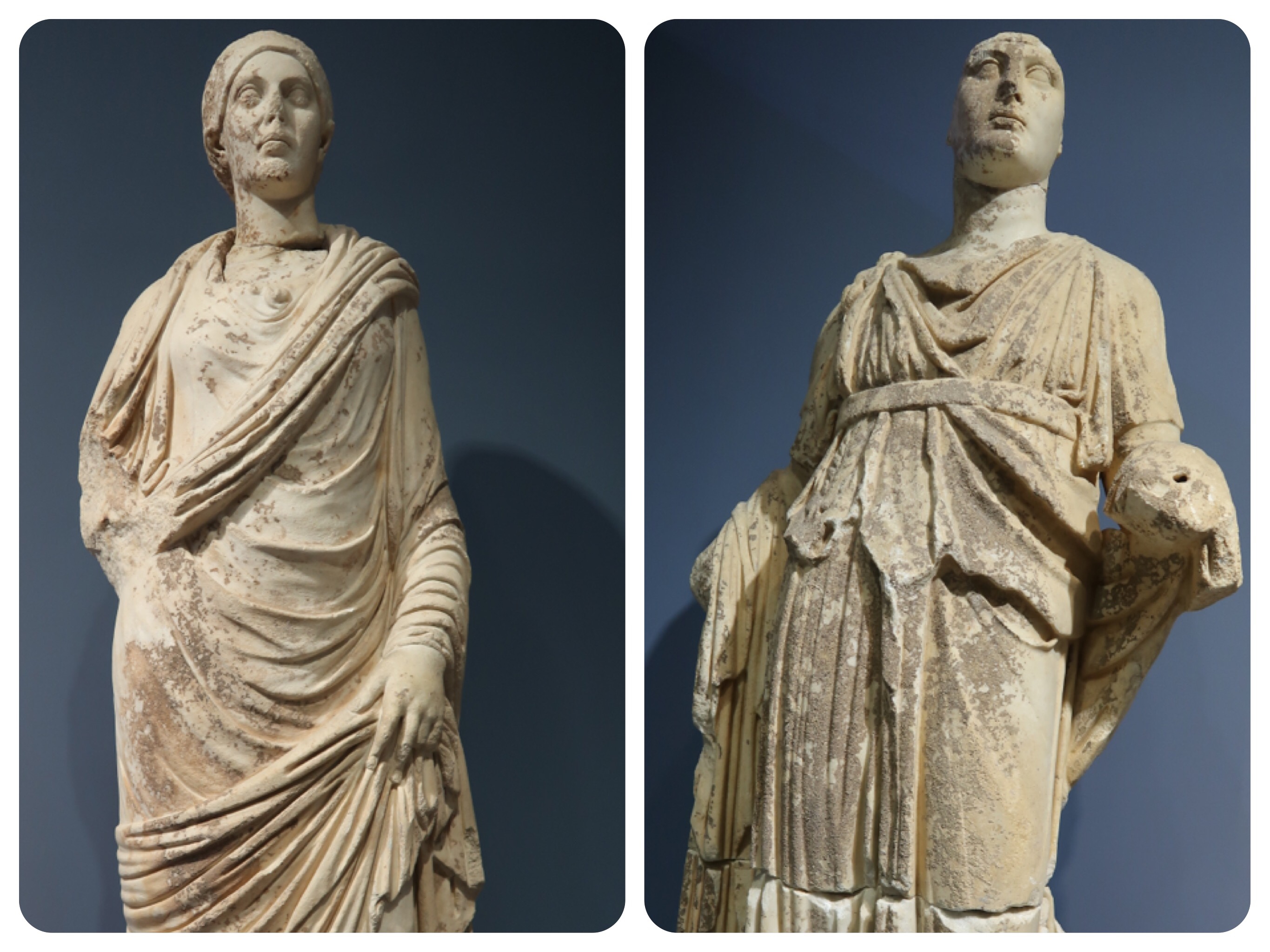 Empress Theodora, Basilica from Ravenna (circa 500′s), tampered with the records of the Bible and removed from the New Testament Bible all references to reincarnation, in which the disciples said that Jesus mentioned that he had worked on the earth before.

But if Jesus truly wanted to emphasize that reincarnation was an important lesson to teach, he would have made it clear again and again….
So why did he not elaborate on it….even though he clearly and repeatedly said that death does NOT EXISTS…. And his own life story demonstrated that after being buried in a tomb for three days, he was resurrected and alive.

In my own opinion, he did not elaborate much about reincarnation, because it is still part of the cycle of dream of illusions, that is dreamt by those who are not yet ready for full awakening and realization of full reality which is eternal and everlasting.

What I mean by this, is that the prospect of Spirit, formlessness, and not embodying a body that could be felt, touched, and experience physical love and affection, is VERY, VERY scary to many people.

Since we live by Grace, the plan for our “release” or awakening, is also a plan full of Grace….

The all Loving Universal Spirit, does not want to scare us, nor jolt us into awakening….
It sees us as little children that needs guidance and loving correction of thoughts and beliefs, not as sinners that need harsh judgement, rude awakening and punishments…

The lessons that this Universal All Loving Spirit (which is often called “the Holy Spirit”), helps to teach us, are all lessons in LOVE….

This Holy Spirit wants to teach us how not to bully ourselves…….
How to LOVE ourselves and to love others….. And how to realize the gentle, kind, Graceful nature of creation…….
These are all lessons in Compassion, in Unity with others and with God….

We are all powerful Spiritual beings, that are only dreaming that we are having earthly incarnation…earthly lives.

The Buddha, spoke about the cycle of life on earth, as a cycle of dreams as well, and he too taught that one must awaken to realize his and her own godly powers.

So the idea of reincarnation is indeed true, but only in the context of dreaming yet another lifetime….

When a soul finally completes its earthly cycle of reincarnations and it is ready to see that it does not really matter what body it occupies…. How much money, prestige, power or fame it achieves…… It is finally ready to recognize the True Nature of Ultimate Reality….BEYOND all forms….. Beyond all dreams and illusions….

OK… So now that I expanded a bit about why I think that Jesus did not elaborate on reincarnation…… let us go back a bit, and look at some mythical and historical facts…

I have mentioned that Jesus had worked on the earth before.

Jesus as a developed soul, much like Buddha, Milarepa, Krishna, Moses, Muhammad and other Enlightened Masters, woke up from the dream to realize that we are all Holy children of Light.
All these Masters felt the need to help enlighten, awaken and release others who live believing that the world of limitations, of bodies, of darkness and of illusions, is the ONLY reality there is.

Those enlightened masters often incarnated again and gain, to help raise the consciousness of the human race.

Often those enlightened Masters chose to reincarnate with similar circumstances, so they will not forget “the way” and get confused in the maze of illusions…

There is a Greek myth of Horus versus Set.

Horus was a being of Light, while Set, was considered to represent the darkness.

According to one of the Greek mythologies, every day the two would fight.
Every night, it was evident that Set won, by the fact that night has fallen on the earth.
Every day, it was believed that Horus won, as evident by the light filled days.

Horus was born on December 25.

He was born of the Virgin Isis.

It was believed that his guiding star was in the East, and that he was adored by three kings.

He started teaching the truth at the age of twelve.

He was baptized into ministry at the age of thirty by “Anop” (Also called Anep).

He had twelve disciples.

He performed many miracles such as healing the sick and walking on water.

Horus was known in his time as “The Light,”
“God’s Anointed Son”
“The lamb of God”
“The Good Shepherd”….. And many others.

Horus was betrayed by “Typhon”.

He was crucified and he died.

He was buried for three days…. And…. He was RESURRECTED.

Do you see the eerie similarities to the life story of Jesus?….
Wait….
It gets more interesting….
Another Greek mythology tells of “Attis of Phrygia.”

He too was born of a virgin.

He was a teacher of Truth, was crucified, was buried in a tomb for three days and was RESURRECTED.

We are not over yet…

He was born of the Virgin Divaki (the Divine One.)

His birth star was in the East and he was a teacher of Truth.

He performed many miracles with his disciples.

Upon his death, he was RESURRECTED.

He too was born of a Virgin on December 25th.

He was a spiritual teacher, he performed many healing miracles.
He turned water into wine….
He was called “The King of Kings…”
“God’s only begotten Son”
“The Alpha and Omega”
And many others…

Upon his death, he was resurrected.

And finally there is “Mithra.”
Mithra was born in Persia in 1200 BC.

He was born of a virgin on December 25.

He had twelve disciples, he healed people and performed many miracles.

Upon his death he was buried in a tomb for three days and was resurrected.

He was called by the people “The Truth” and “The Light”
And many other names.

The special sacred day that was used to worship Mithra, was every Sunday.

So I wonder…..
Was this the same enlightened Soul that reincarnated with similar circumstances to help raise awareness and help people realize that the world of forms, is nothing but an illusion?

I do not know.
I do not claim to know nor do I dismiss as nonsense the OTHER theory…..

All I can tell you with absolute certainty is that I, myself, learned this lesson beyond all doubts…we are NOT mortal, small physical beings…. Living a life of pain and limitations on a decaying earth that is in danger of exploding in any minute…

We are STRONG Spiritual Being…. holy…wholesome… Full of Love…
We are all Being of Light… And there is nothing that you can imagine about yourself nor DO…. To change who you Truly are…

Human being are forgetful, and the seeming passing time, makes us forget anything that happened thousands of years ago….we delegate those facts into the realm of myths and stories…

This is why many people believed that Jesus never really existed…
That the continent of Atlantis never existed and was ever sank…
That the land of Lumeria was never part of the earth….And so on.

Personally, I believe with certainty that a soul that exist beyond all names, chose to take a body name Jesus to come and to remind us of the Truth.

Did Jesus’ Soul came to the earth MORE than once?
Possibly…. Probably…..

Most people are lazy, or fearful and slow to learn…
All they chose to learn, was that a Son of God came to earth to help us wretched beings….
They did not understand that he came to teach us that we are ONE…all brothers and sisters…
That we are JUST like Him…. Children of the Divine… HOLY gods that need to remember our own powers and holiness.

I promised Jules that today we will rearrange our garage.
We just got new washing machine and dryer installed this Friday, and I need to move some of my art storage to allow us more space in the garage…

I guess this was my Sunday sermon…..talking about Jesus and all….

Wishing you a most wonderful week ahead…filled with joy, peace and love…

← Thoughts about health, and other ideas
It PAYS to listen to your intuition →