Venice Carnival- Just getting there 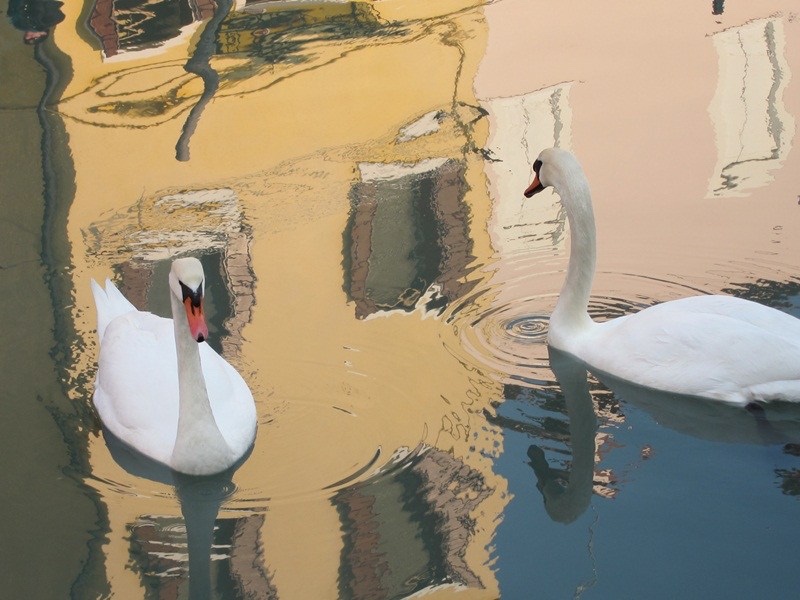 I am sitting at the Eagle, Colorado airport.
Our flight will take us to JFK airport in New York, where we will transfer to a direct flight to Venice,Italy.

Europe is experiencing one of the coldest winters in over a decade, and I have seen images of the canals of Venice, frozen with ice.

But unfortunately, I cannot choose the dates of the oldest carnival in the world….
And even though it is not my first choice to travel during winter to a canal city, I have wanted to see the Venice carnival for so many years…. And I am excited to go…

My wonderful partner has booked us some classical concerts, including one that is being performed in an old converted jail.

Coming from ski season in Colorado, we are fully prepared for the cold weather in Venice.
I have warm boots, high tech long winter underwear, plenty of cosy warm clothing and heavy warm coats.

The only problem is that I look like a moving cocoon…
A cute… Even sweet cocoon…., and with lovely hair (I got it done especially for our trip), but still…… a cocoon…

We were sitting on the plane all ready for takeoff, when the pilot announced that we have a small technical problem with the plane….
The mechanics were working on the air speed indicator, trying to repair it.

After twenty minutes, the pilot announced that he had bad news……it looks like we needed a NEW air speed indicator… And that we would not be leaving until the part arrives on a later flight from Dallas, Texas.

We got off the plane and stood in a very long line to get our flights rebooked.

The long line was composed of mildly grumpy people trying to get home.

In order to shorten the line, they handed us pieces of paper with the American Airline reservation numbers, to help people rebook their connecting flights via phone.

Everyone pulled out their smart phones and started speaking to the help line, trying to rebook themselves.

After forty five minutes of standing in line, I could hear people make unhappy remarks…One man said that if we were in Denver, instead of in the small regional airport of Eagle-Vail, all of us would already be on our way…

This made me smile,.. As just an hour ago, when we still thought that all was well, and that we were on our way to Venice, Italy, I told Jules how much I loved small regional airports, instead of the busy big city airports…

Another man mumbled under his breath to no one in particular, that this is what you get when you fly a bankrupt airline…

This comment made me smile too…. After all…….which big US carrier has NOT gone bankrupt, at least once, nowadays….
Many of them are in and out of bankruptcy all the time…

We had split.
Jules was trying to rebook us on the phone, while I was standing in the long line to get us rebooked with an agent.

Jules was able to get us to Venice, but….. A day later than planned… And by flying to Chicago, then on British Airways through London to Venice.

It was a long and unattractive route, especially considering that while I was standing in line, I heard people say that Chicago was experiencing some very bad weather, and that flights were cancelled or delayed…

I really did not want to start the whole thing again tomorrow……. To fly to stormy Chicago, and then again to London, (another city with chancy weather) and hopefully arrive in Venice a day later than planned.

Most people had been rebooked to Chicago, and then onward to their destinations.
We were the last ones to arrive at the help counter.
The flight to Chicago was already closing its doors…

I pulled out my iPad and searched expedia.com for the many different airlines flying from JFK to Venice… TODAY.

The agent was helpful, very gentle and sympathetic… But everything she came up with, was cancelled, had no available seats, or was problematic.

It seemed like Expedia had many more flight option than she could bring up on her computer, and I kept on giving her the many options of flights to check.

The agent, her supervisor who was called to help, and even the pilot of our cancelled flight, smiled as I kept on suggesting:

After checking my many options, we were able to secure a later flight from JFK to Rome, and then to Venice, arriving very close to our original schedule…

I have to admit that during the whole process, I persistently kept a mantra running in my mind…
It said:
“I am entitled to miracles….”

It is four hours later.
American Airline gave us $24 to buy lunch, as a compensation for the delay.
We bought teas and muffins.

Finally I am sitting in the same (now repaired) plane heading for JFK.
Most of the passengers from our flight left on the plane to Chicago hours ago.

The plane from Dallas had landed with our spare part, which was quickly installed in our plane and our bags were retagged to our new route to Venice.

When the pilot announced that we were ready to take off… He added that the earlier flight that had left to Chicago……… was unable to land in Chicago due to bad weather….
The plane was rerouted to Minneapolis…. where it would land and all the passengers will have to be rebooked yet again…

Below me the Rocky Mountains are rugged and wild…. They are uninhabited and capped with pure snow, dotted with many trees…
The Eagle river twists alongside the straight highway…. From the air, the river looks like an endless blue and shiny snake.

Despite the setbacks…..The first leg of our journey will soon be completed successfully…

We made it to the AlItalia flight to Rome, by a narrow timeframe….
We are on our way to Italy…

← What makes a successful business person, will make a lover cry
Venice Carnival – Believe it or not, but we are STILL just getting there →