Reflections About Poverty And Indian Tigers 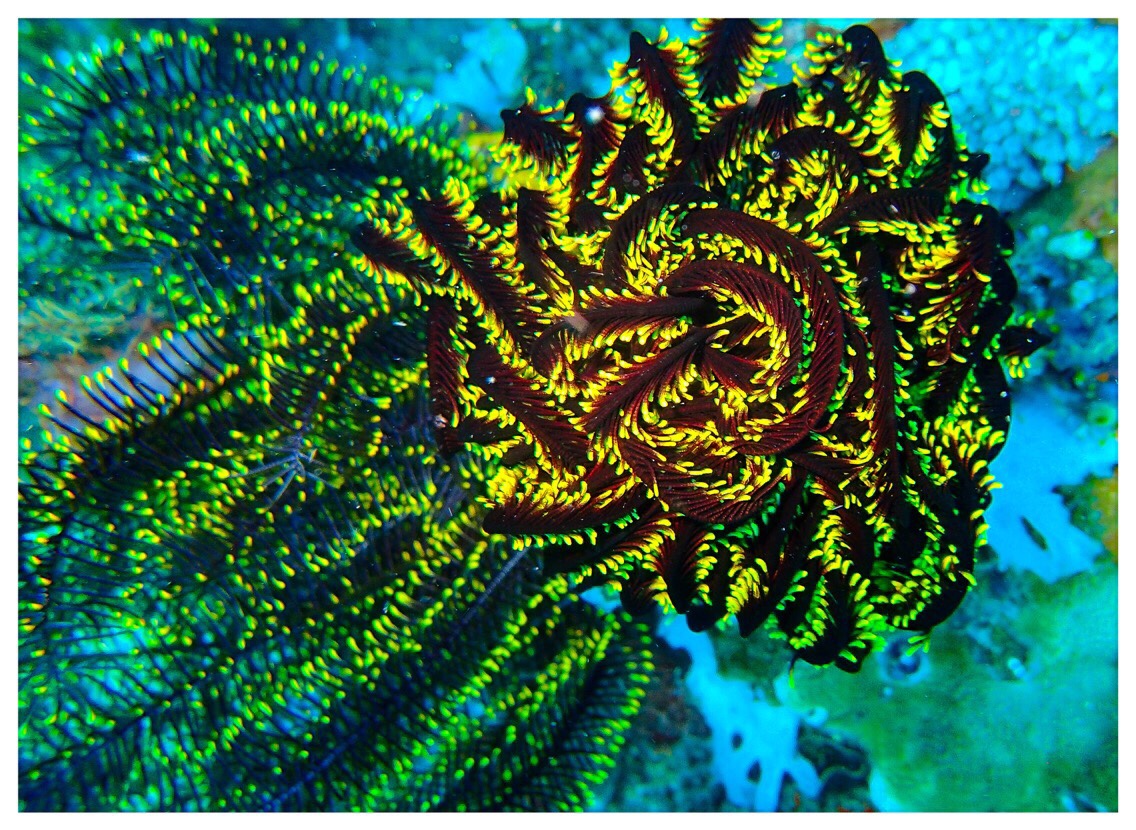 Many people wonder, how is it that India which is home to such lofty and humanitarian philosophies such as Buddhism and Hinduism, Jainism, Sikhism and more, a country so full of people who achieve enlightenment and has a history of so many enlightened masters, teacher and gurus, parallel only to the Tibetan culture of the past, is still unable to solve its deep poverty issues.

I will share here some of my observations about what is the cause of this.

India is a land of many seeming contradictions.
You can see almost anything there…prove or disprove anything you wish to, by myths, tales, beliefs and observations.

An old story, tells of a conversation that happens over dinner, attended by both Indians and their British friends about 70 years ago.

Englishman :”I’d love to visit far away India, but I do not dare because of the tigers.

Mr. Ajay: “What tigers? I lived in India all my life and never, not once, did I see a tiger.”

Mr. Suresh: “We see tigers very often near where I live in India.”

This example, illustrates the concept of a PERSONAL REALITY.

Depending on your own preconditioning, on where you live and the things you experienced, you will see and believe different things to be real.

On my own trip to India, I saw no tigers, but I met a legendary tiger hunter, and stayed two nights in his family’s estate, converted into a luxury retreat…..we had an amazing experience there…but this will come later.

Anyone walking the streets of Delhi, will not be able to ignore the many shanti-town dwellings, the overwhelming poverty, the neglect and lack of services…. the fact that you cannot drink the water, and that there are no decent sidewalks…. The poor sanitary conditions…

Obvious facts will point historically, to the caste system, as being a major contributor of the poverty consciousness.

In past times, the caste system condemned people to believe in a predetermined lot in life.
They did not aspire to much financial gains, because they knew and accepted that their destiny in life was to become a wife, or a maid, or a toilet cleaner and no more.
Even aspiring to be more than what was expected in your own caste, was considered wrong.

All this was a major contributor to minimizing aspiration and a belief in your worthiness and your ability to dream and to bring about your own individual destiny.

If you tell a young child that he belong to a certain caste by birth, and that means this and that… She or he are bound to believe it… And grow up to live limited by it subconsciously.

It will take major inner work to negate all of these childhood beliefs, to allow room inside a person, to adopt different, finer and more unlimited beliefs.

But there is much more than this…

Most of the eastern religions and traditions that people grow to love and to cherish, revolve around a central core belief, that a desire of material things is wrong….. Even corrupt…. That it breeds a desire for MORE and MORE and that it is best to forgo any pursuit of material comfort and wealth.

Regardless of wether you believe that this philosophy is true or not, I would like to point out that NOT all of us take things in the same degree and in the same way.

To some of us, it may mean that we still work, live simply but do not feel such strong desire for material wealth…but instead search to live simply while keeping little focus on material comforts.

For others, it may mean that a house, a car, a good job, a retirement fund and a holiday once a year is all that is needed, and the rest can be given to the poor….

But yet others, may never agree to sign their names on a house deed, so they TRULLY do not own anything…

Yet others may feel that having more than provision for ONE single meal, is too much and create attachment and greed….

Each one of us is different and has a different inner way of interpreting how much to allow into our life.

To illustrate such differences, I will share a true story.
I once went to a Macrobiotic retreat, in which we learnt nutritions and how to cook wholesome food.

We made and ate a lunch of what was considered a healthy meal in a Macrobiotics diet.

A Macrobiotics diet advocates eating mostly whole grains like brown rice, some kind of beans, steamed vegetables like green kale leaves, and carrots, and a bowl of miso soup with seaweed.
All food was not spiced and only sparkled sparingly with natural sea salt.

Over a shared lunch, I started conversation with the woman next to me.
She was a thin woman, with her blond hair growing grey and a stern determined look on her frail face.
Her husband sitting next to her, looked like her fraternal twin.

She mentioned that what was on our plate, was what she has been eating for the last twenty years…three times a day with NO VARIATIONS.

When I expressed my shock and disbelief, she said that yes, if she believed that this was the “correct” way to eat, why would she deviate from it in any way…

I tried to reason with her, saying that she deprives herself of flavors, tastes as well as beneficial nutritional vitamins and mineral by eating such a narrow diet……

I asked why nor replace the kale and carrots with Zucchini, or Summer Squash… With asparagus or spinach…. Silver beet or broccoli… Cauliflower…? No?

She was tilting her head in the “no, no” position as I was speaking, saying that 20 years ago, she healed herself from terminal cancer by adopting a macrobiotic diet, and that she sees NO reason to change OR diversify her diet….the cancer can return…….her husband by the way, eats exactly the same as she does and both are healthy…..

I quieted down into my own thoughts….wondering to myself if she ever felt a craving for
Chinese, mexican, Japanese, Thai or Indian foods….some fruit… Ice cream…

But I said nothing.
I knew and understood so many things…

I read stories documenting saints who gave up eating all together, and did not eat a single meal for over forty years… They live on the Prana of the energy of Life alone…

I heard of yogis and ascetics who lived on one meal eaten only once in a few days, or on one meal a month……
When it comes to food, any amount that you TRULY believe is enough- will be enough for you…

In her case, she believed that her choice of food healed her… Saved her life… And she put all of her faith in it.

For the purpose of this tale, all I wanted was to emphasize, that a person can take GENERAL instructions, into extremes.

And so the core of eastern spiritual beliefs, that advocates detachment from material things, or in some cases, even taking vows of poverty and chastity as a path for liberation, is considered to be a VIRTUE and an honorable thing to do.

Taken to extreme, and dependent on the interpretations of the individual, these core beliefs can lead to extreme poverty.

I knew a man, who unknowingly had a belief in poverty.
He sat on the beach and had a great day there.
He felt that he must return something back to the sea…
But all he had with him was his beloved pocket knife…. He loved that pocket knife…. Yet he tossed it into the waves as a return alms.

On his way home, he found a better pocket knife on his path….
When he shared with me this story, I found many things hard to adjust to in my own belief.

First was the idea that you have to “return” or give back to the sea…
It may sound sensitive and charming, but it holds wrong concepts in it.
True giving…as God or as the sea does- does NOT require reciprocation…

Reciprocation is a human concept…

It especially does not require the giving of THINGS in return, but instead maybe a show of gratitude, a song, an extension of a blessing to another person… Whatever feels right…

But throwing a thing you love into the water, is adding an environmental pollution not a show of gratitude.

The new knife that he found on his way back home, was the Universe’s way of telling him that it was OK to enjoy what he cherished…
That you can never lose what you truly want and love…

And… Thank you, but not thank you…keep it and enjoy it…
YOU are the one who can enjoy this possession… I, the sea, or the Universe, needs your soul…your open mind… Your enlightenment….. Your connection…. NOT YOUR THINGS….keep them…they are yours to enjoy.

Traditionally held religious beliefs, can penetrate our consciousness unwillingly, and it require a careful examination of our inner beliefs, to weed out the limiting ones.

While it is true that material things are not real, will not last forever and must not be cherished too closely, and enjoyed without attachment…. Like everything else here on the plane of dreams, there is nothing wrong in enjoying them while they are here….
After all, even our family, close relationships, friendships and love relationships, will not last forever…
Every thing, every relationship, every role, every career or position that we took in this certain lifetime, will drop away one day.
Yet this does not mean that we should not enjoy and benefit from them while they do last.

The Judea- Christian religions, are also filled with misconceptions.
They advocate giving 10% of your income to the church or the temple.

I believe in generosity, but not in doing it with a “formula” of 10% (of the GROSS mind you…), to support a church or a temple, but as Spirit moves you…

Years ago, I devoted ALL my money to God… The god within me, to guide me as she sees fit.

Not ten precent…. But ALL my money…

So if I walk by a small designer store, and see that it is filled with lovely dresses that she created, but the store is empty… And if I hear the voice of compassion within me say: “Go ahead, buy something… Make her day… You can always give it as a gift to someone….” – I OBEY.

I circulate money where I see fit to do so, or if I feel guided to…. And I do not live in fear of lack…. But I do not give it to the church or temple anymore…. (I used to).

I remember seeing a documentary about a Texan preacher, who was dismissed from his church for preaching not the word of God, but politics.
He rallied the people against abortions, as well as other political issues.

When he was dismissed, some of his devoted followers, left the church and followed him as he started a new sect of Christianity.

He needed money to build and open a church… So they handed him their life saving… And all their money, saying: “We give our money to God…”

While watching this documentary, I jumped out of my sofa, telling the people in the movie, (knowing quite well they cannot hear me) “Do NOT DO IT! You are NOT giving your money to God, you are giving it to Steve!!!!!”

Oh my… This is getting so long and I did not even get to the tiger hunter in India..
Or the fakir story that threw a rope into the air and had a boy climb up it….

← Creating your reality and why you have to become a gardener
London bridge is burning down, AGAIN! →