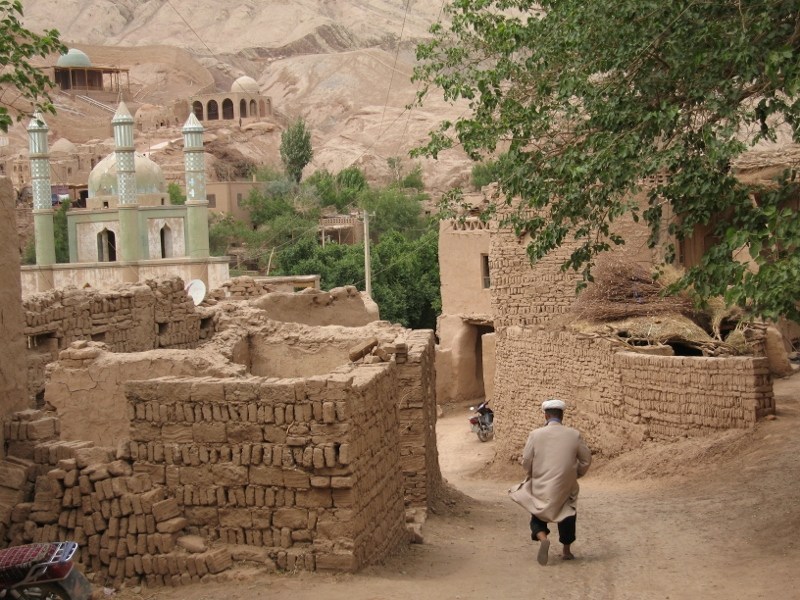 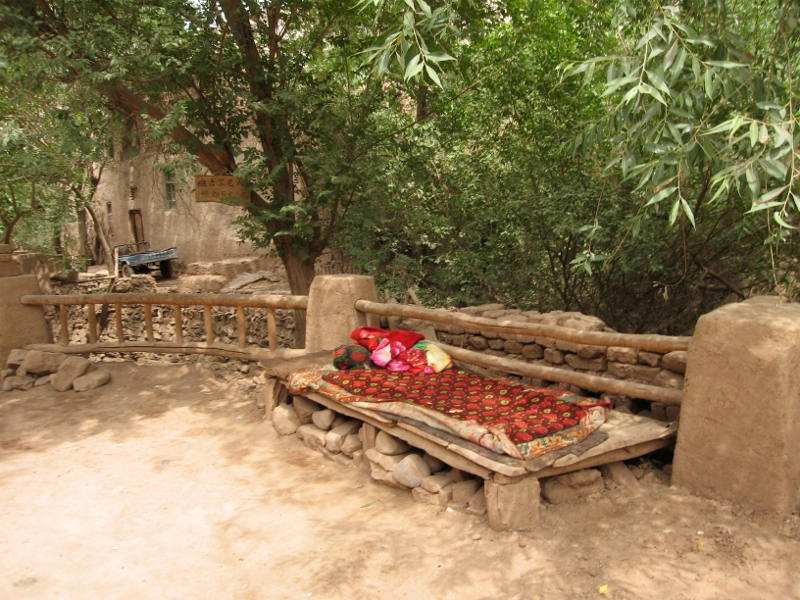 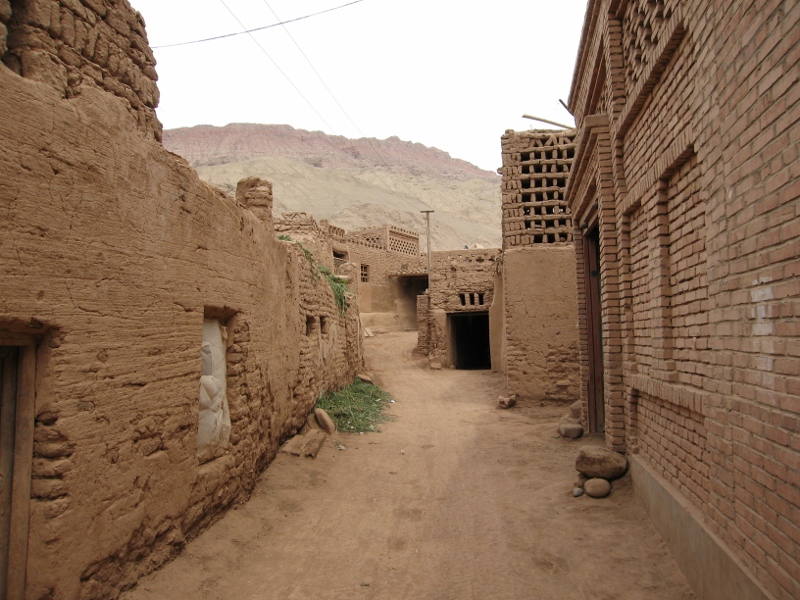 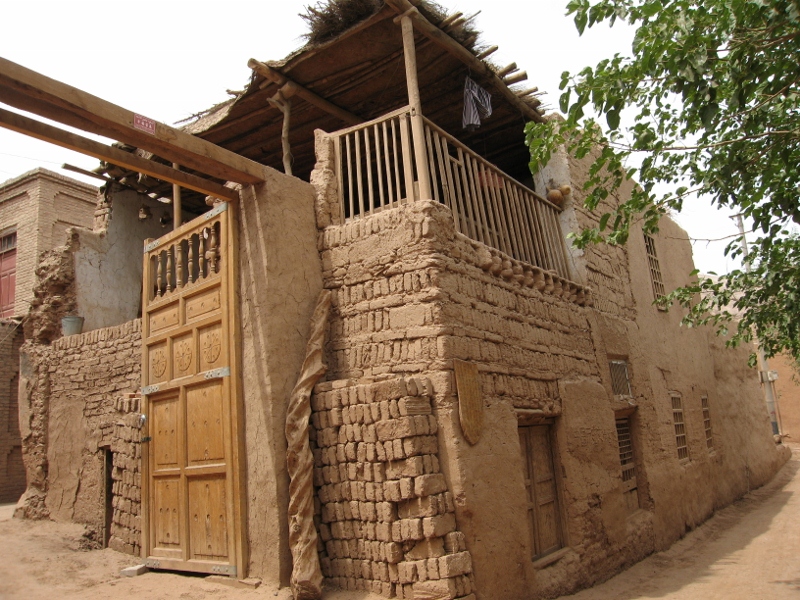 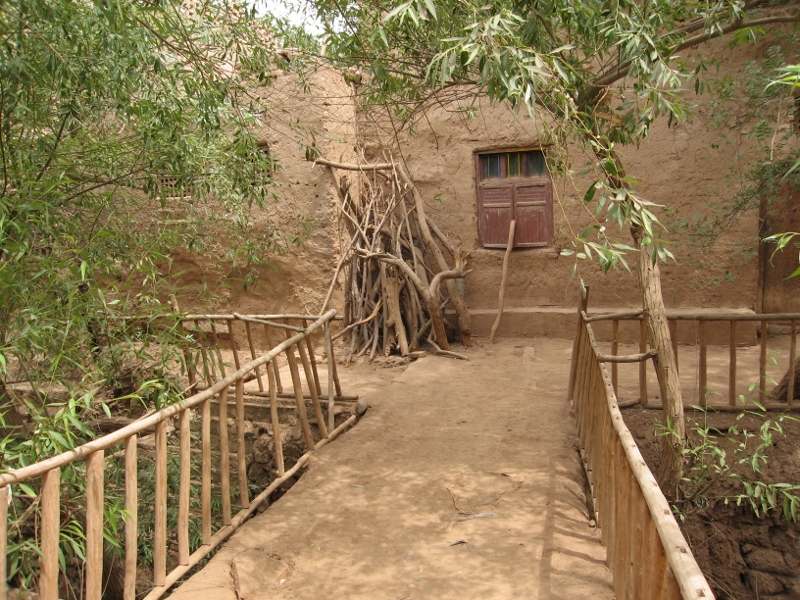 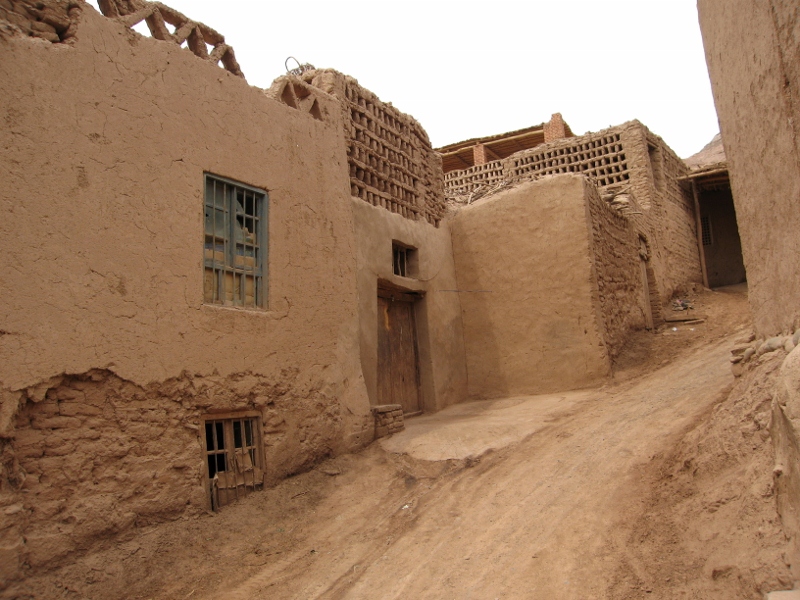 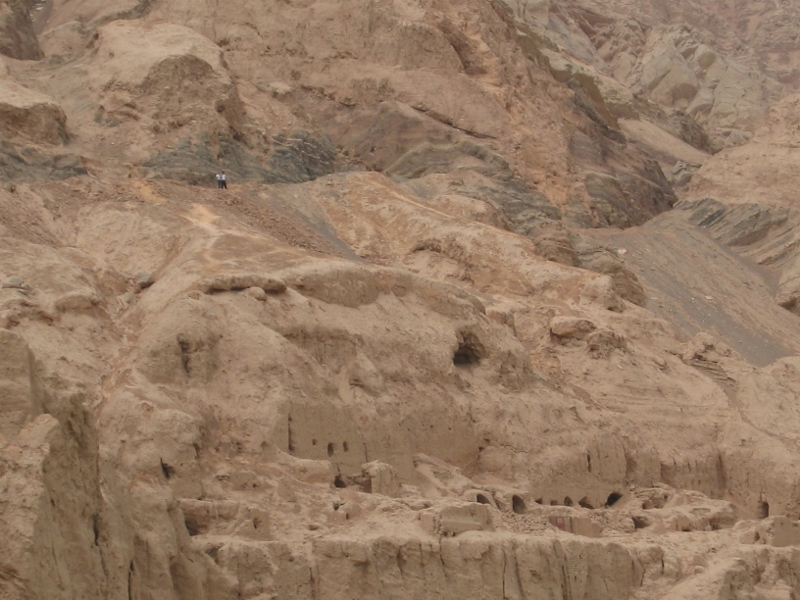 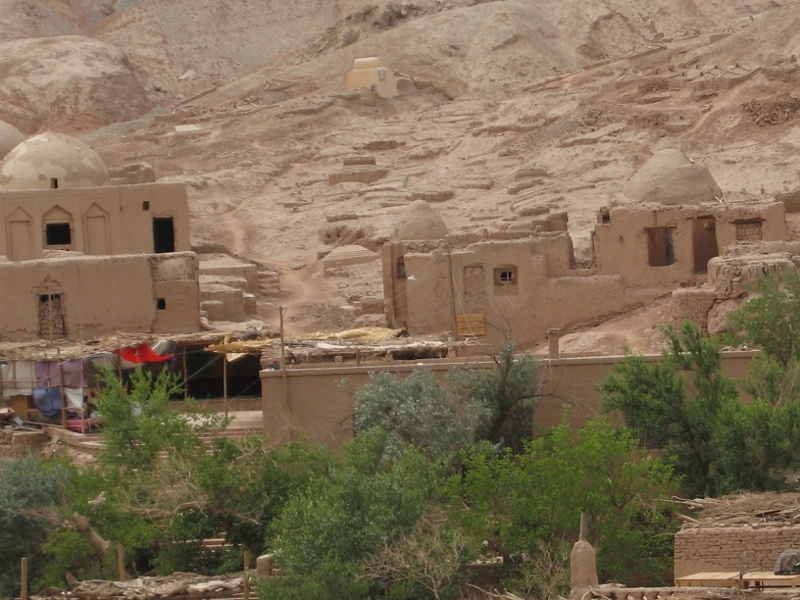 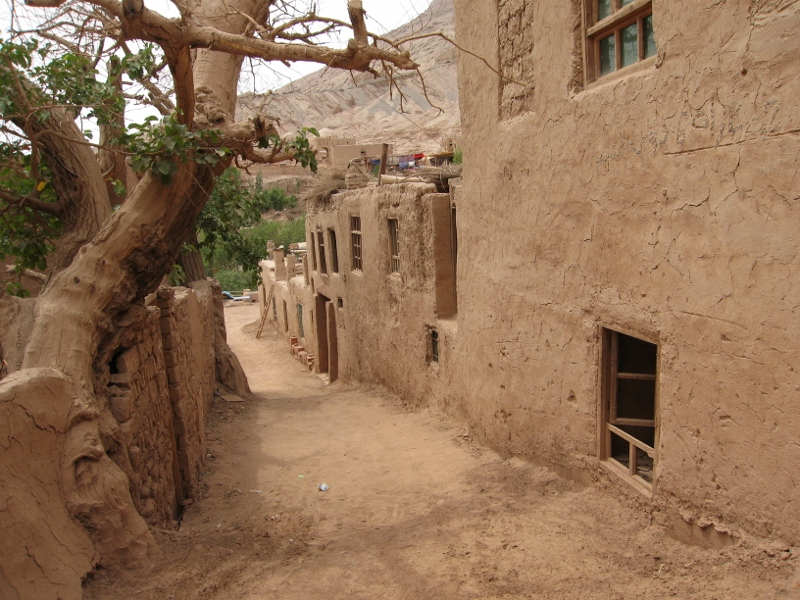 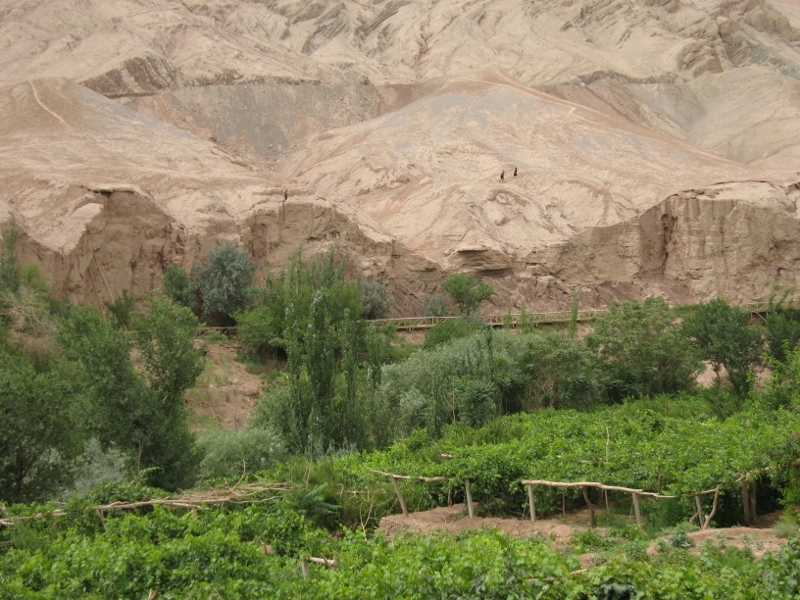 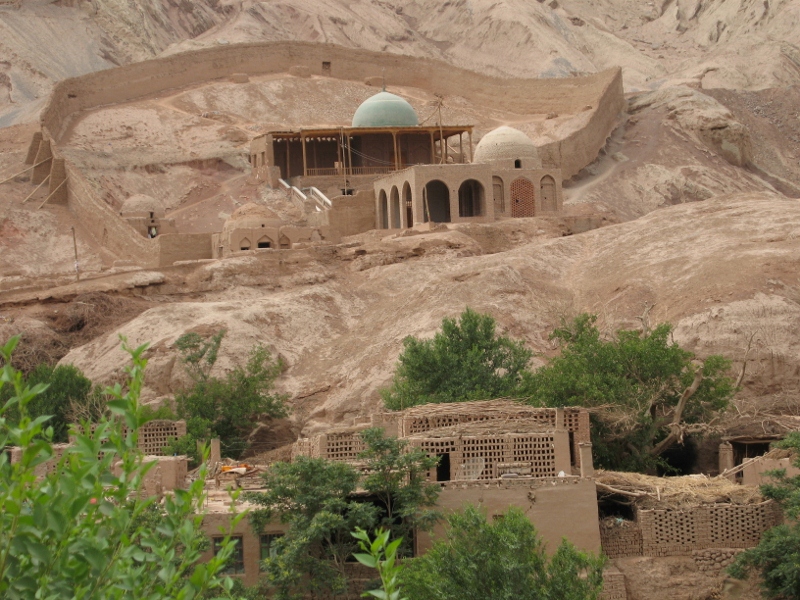 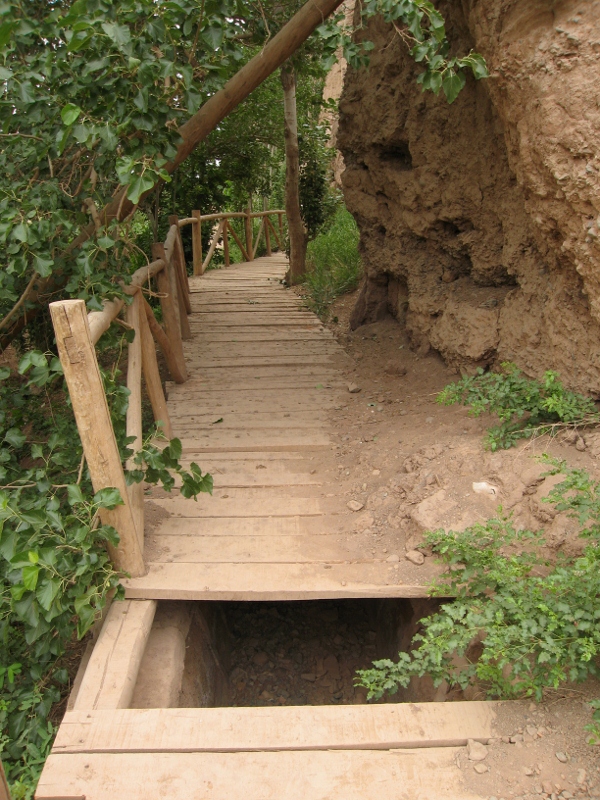 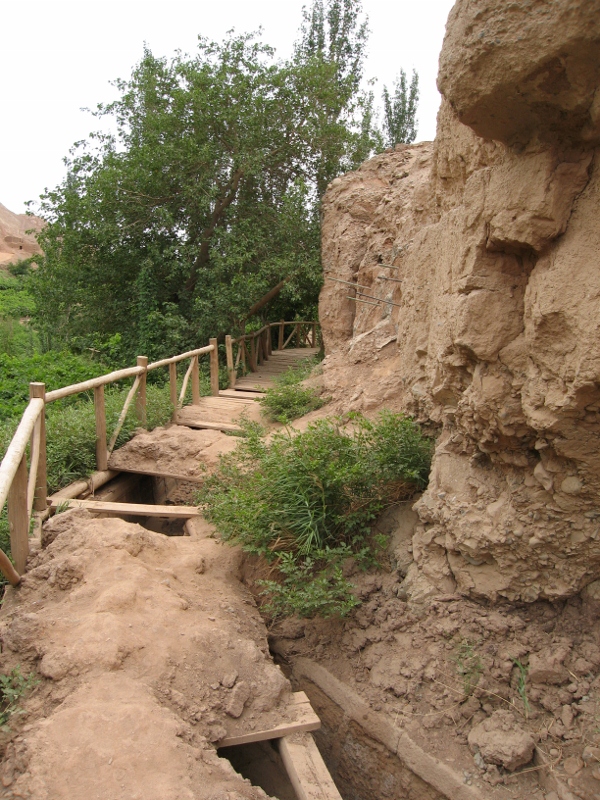 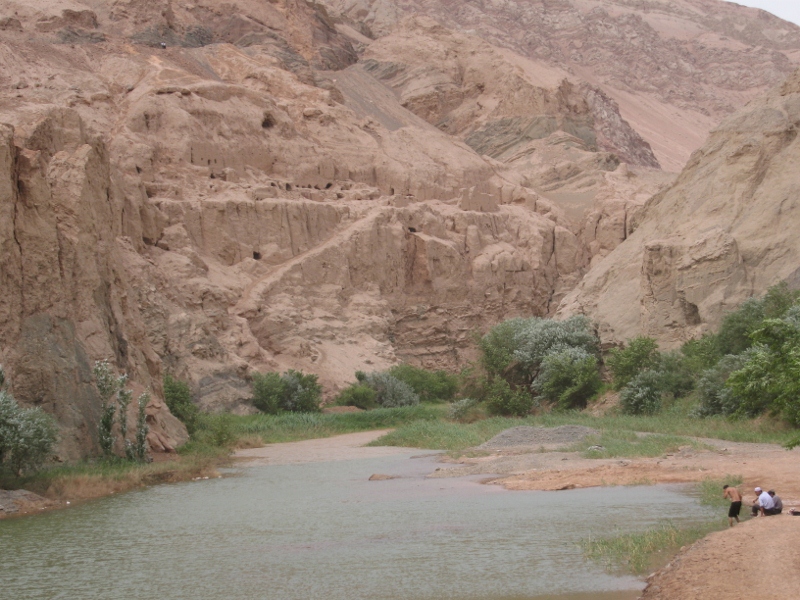 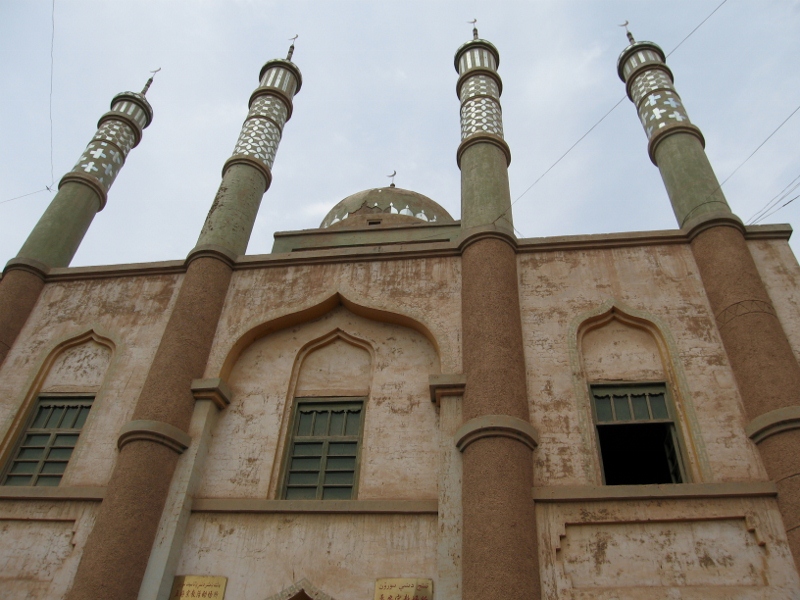 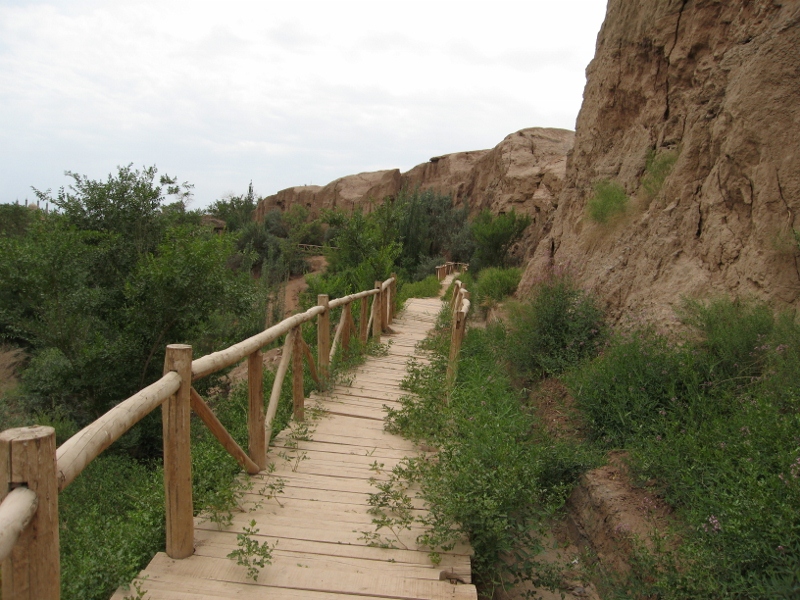 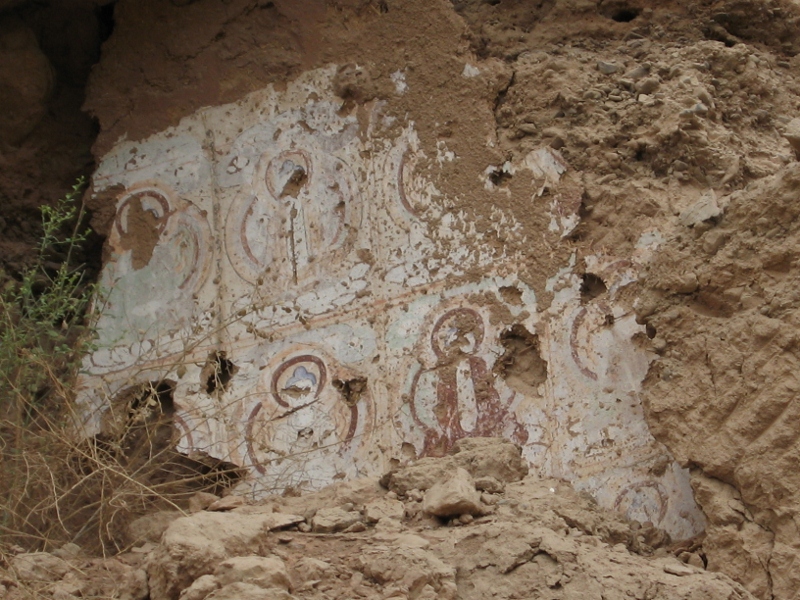 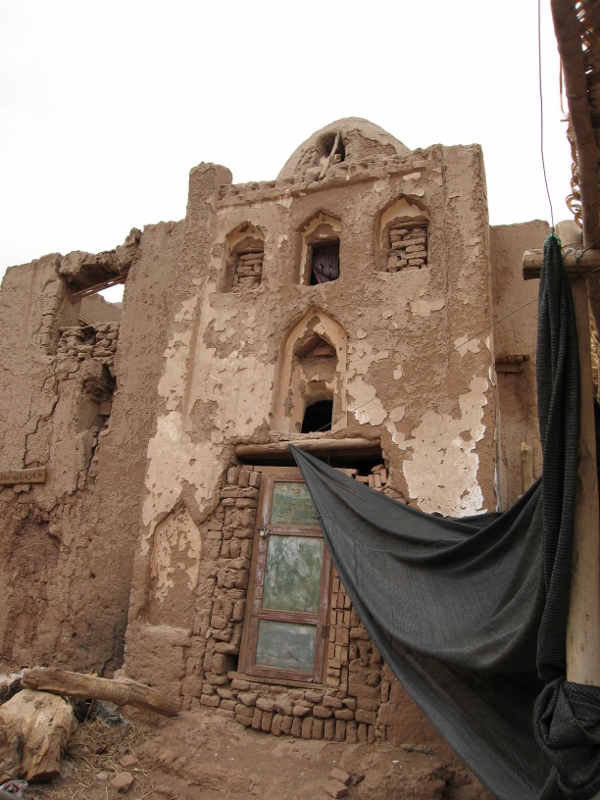 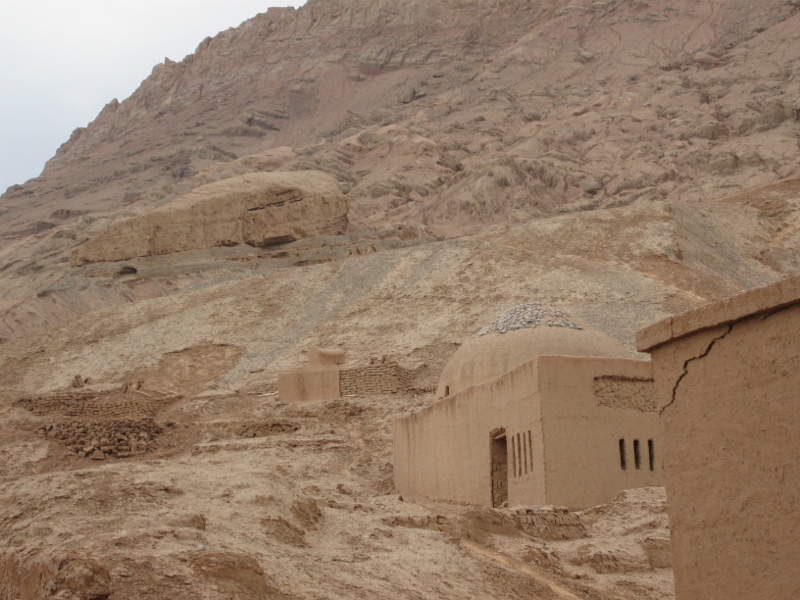 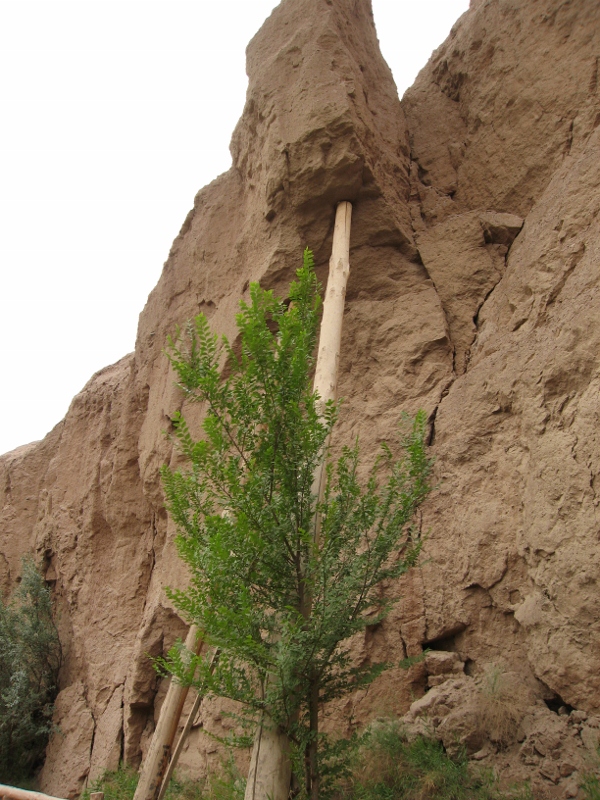 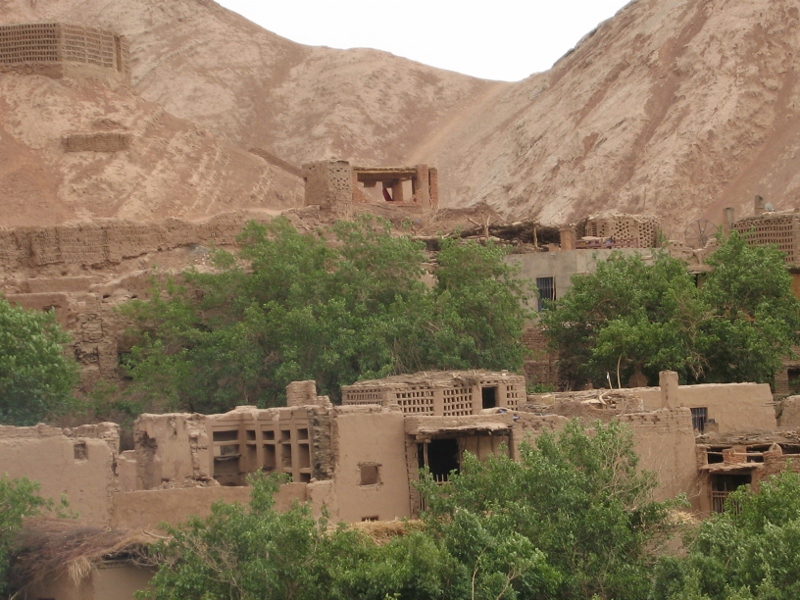 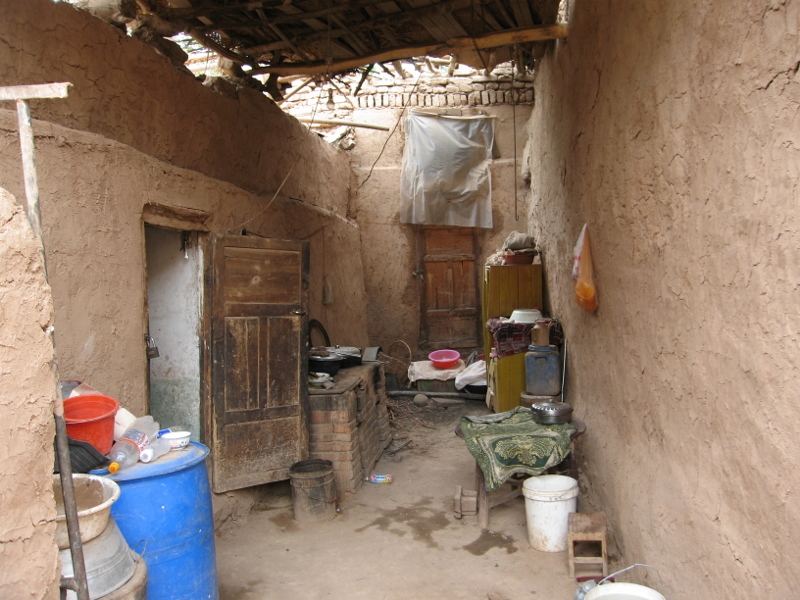 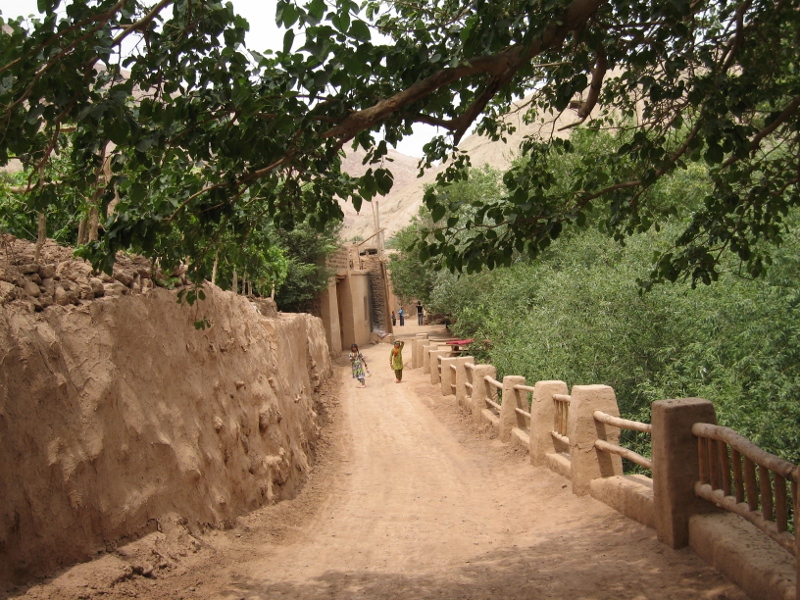 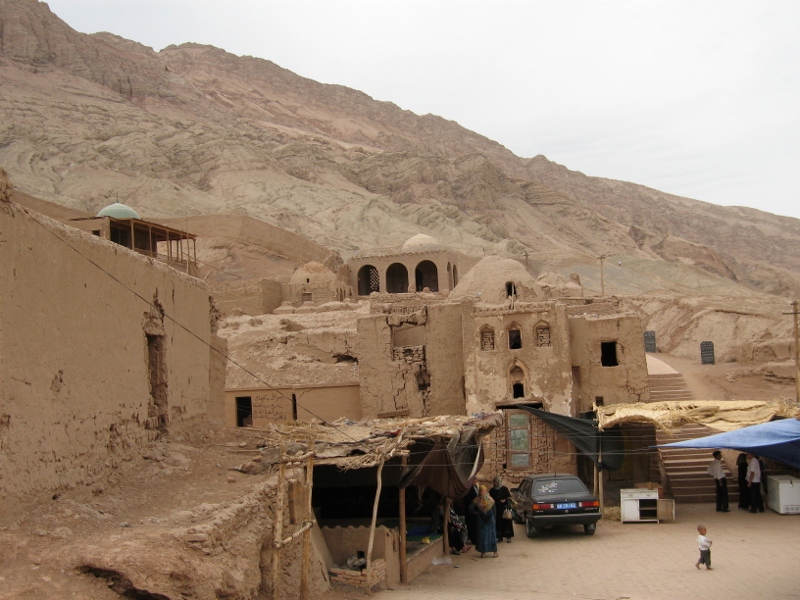 These caves are considered to be the earliest caves in the Turpan area, dating back to the Jin and the Earlier Liang dynasties, (over 1,700 years old.)

There have been forty-six caves some with Buddhist murals, but the cliffs are collapsing now and the caves have been closed to the public for safety reasons.

We took a walk through the most picturesque adobe village, and walked across the river, to see the caves from a distance.

We took photos of daily life and the local Mosque, saw the ancient tombs and burial ground, filled with earthen adobe graves.

Our path which was closed to visitors, meandered along the old cliffs, which now pose a serious danger of collapsing.

The path was broken in many places, and we needed to “jungle climb” to make our way across it.
It was most fun.