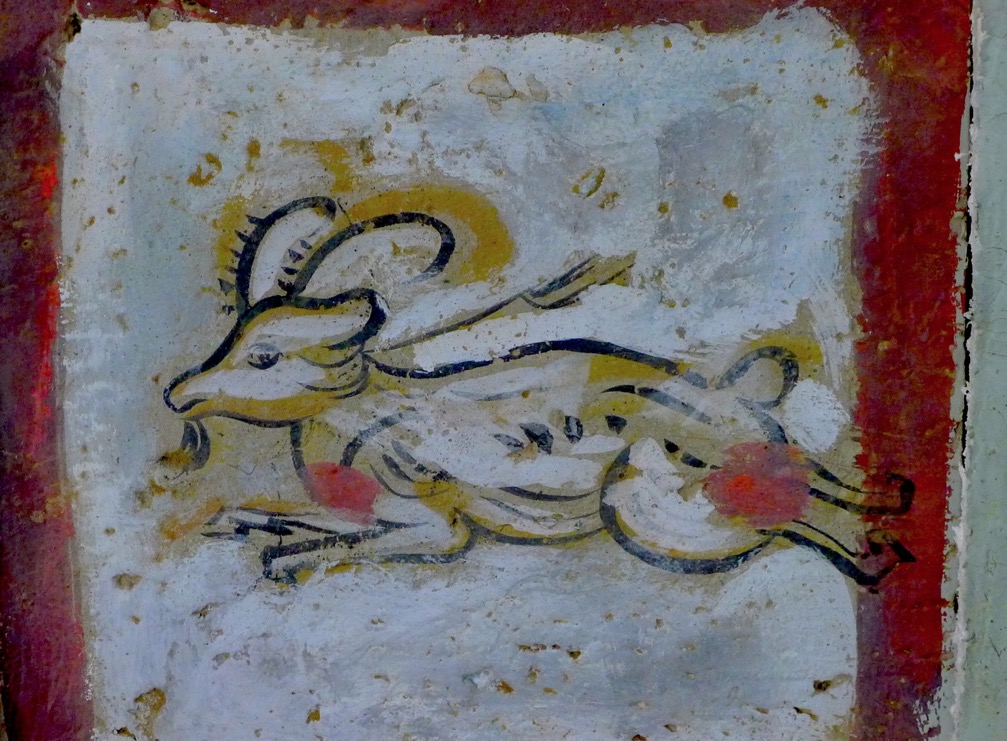 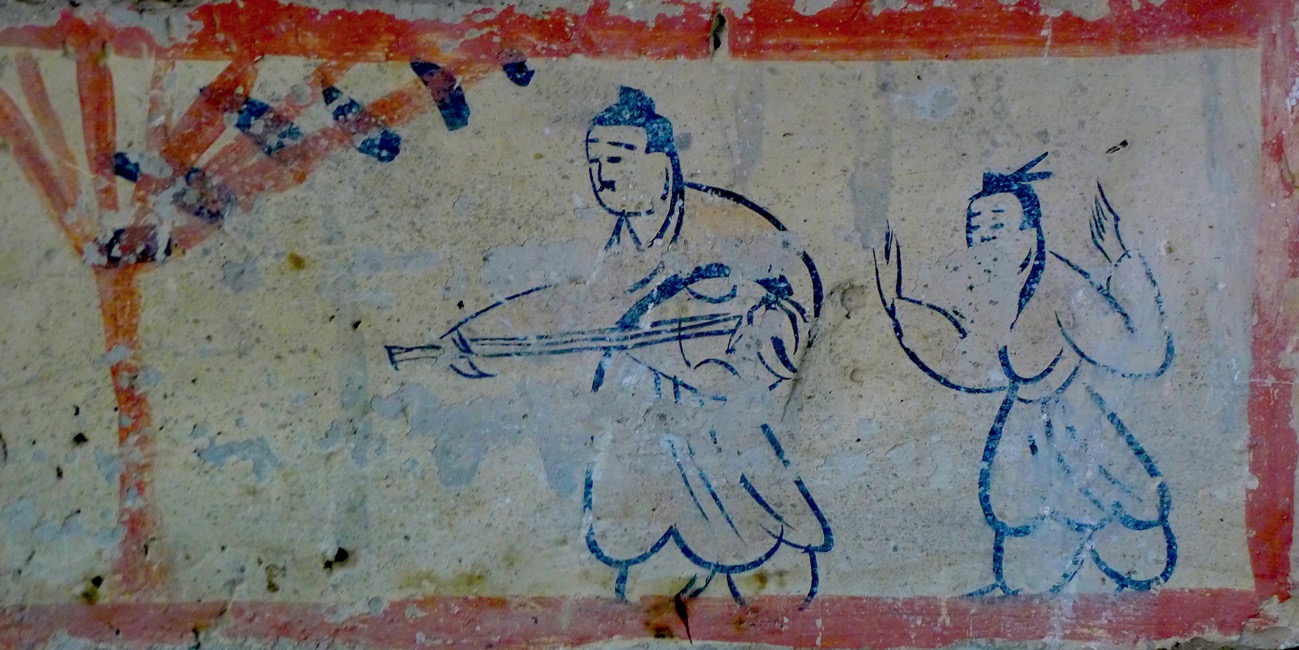 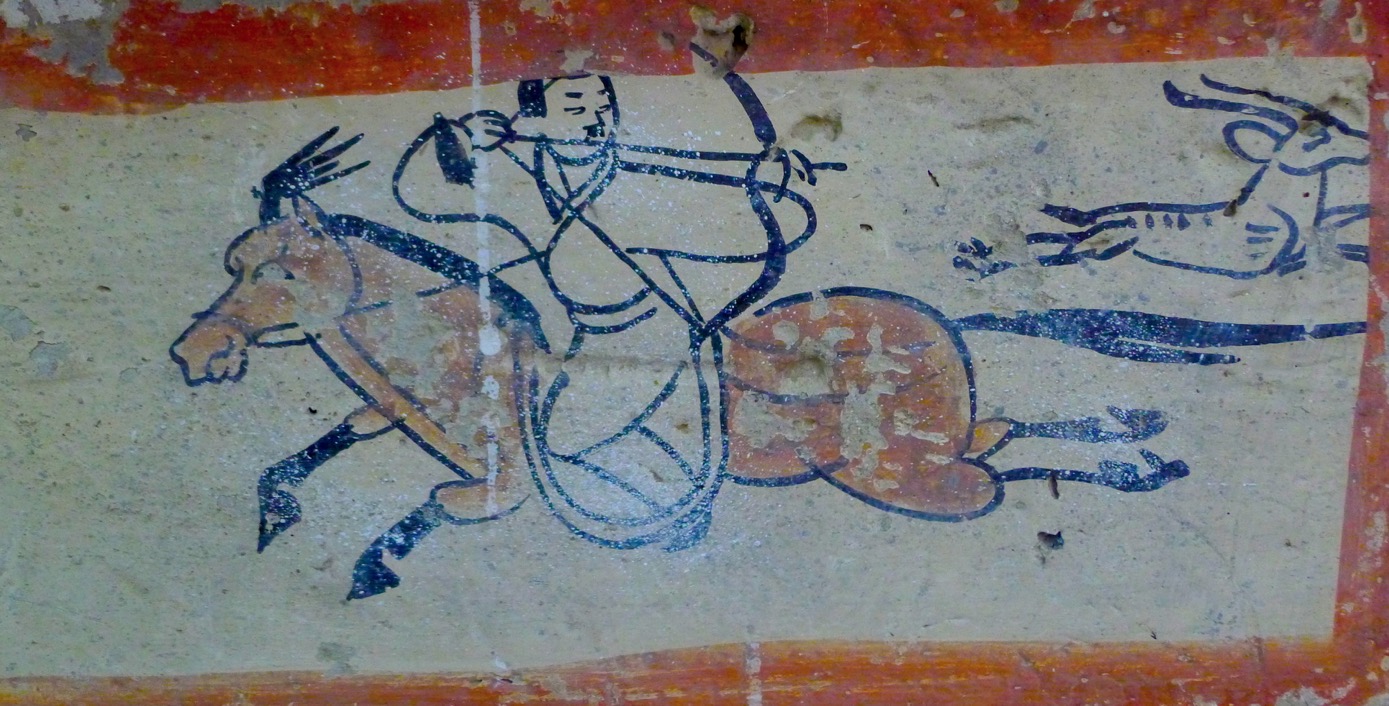 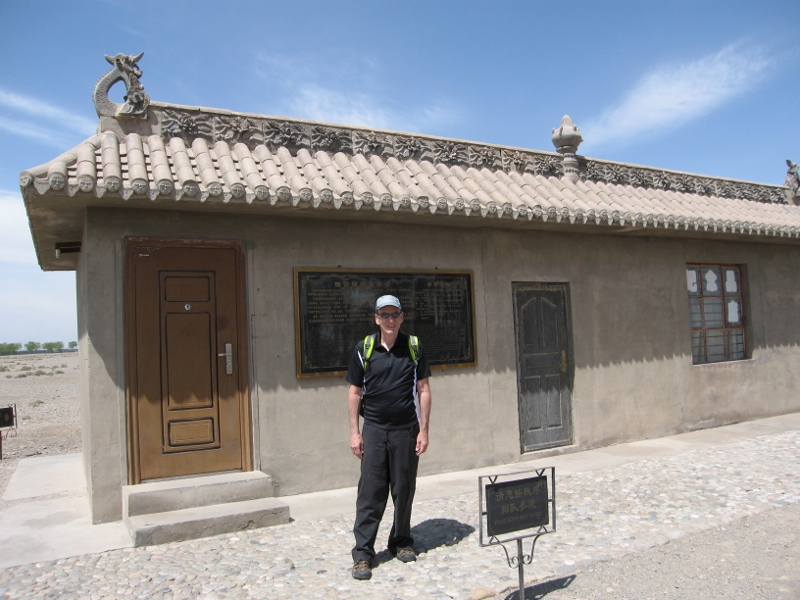 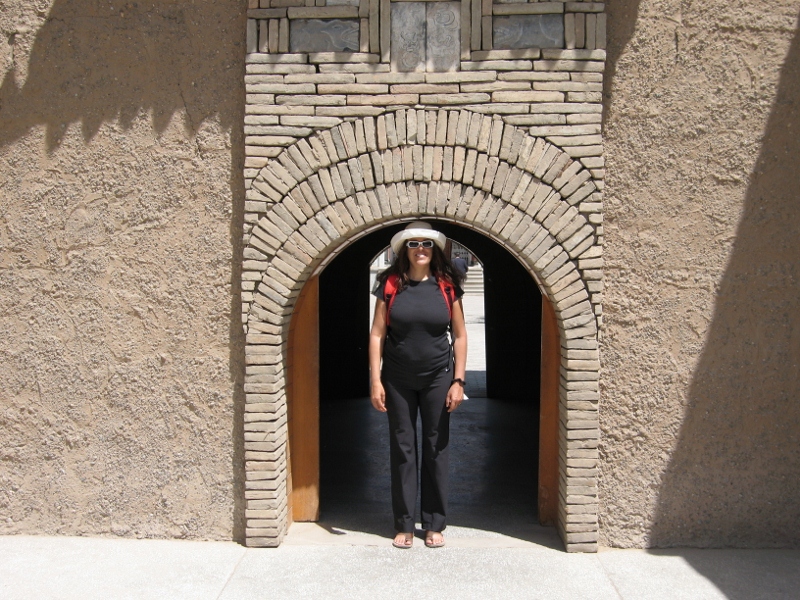 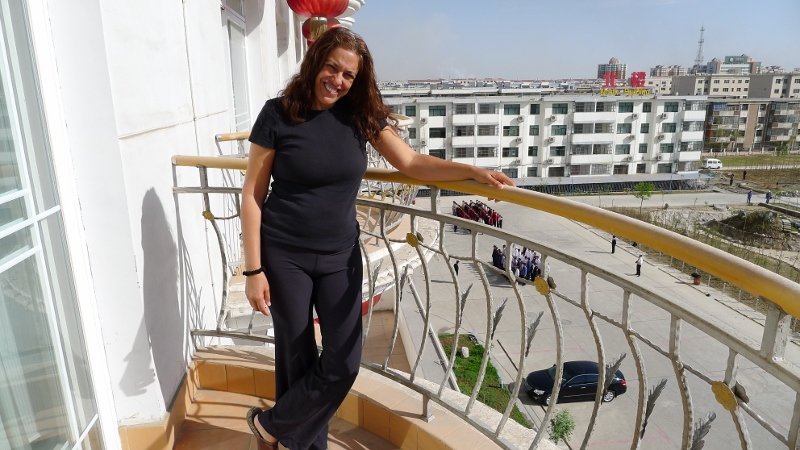 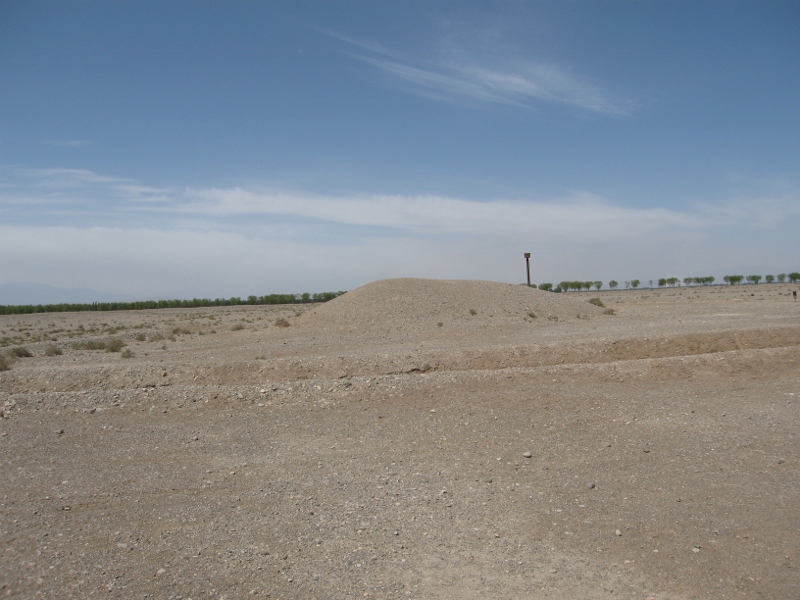 The Gobi desert is arid, dry and barren.
The city of Jiayuguan, is a desert oasis.
After breakfast, we went to see the Jin and Wei Dynasty tombs, that were found in this area.

From a distance, you only see an earth mound…. Granted, it is a large earth mound… But still it look like a pile of small stones.

But this pile of stones leads ten meters underground, into a burial chamber, that is constructed from hand painted bricks, depicting scenes of every day life in this area.

The coffin itself, is made of painted wood and is places in the last and lowest chamber.
The first two chambers have a circular ceiling all lined with the same painted bricks.

The vast Gobi desert area, has thousands of tombs.
Most of them are 1900 years old.

Currently, only 18 tombs have been excavated and unearthed.
During the years, most of the articles buried in them, were stolen, but the structure, the painted bricks and the wooden coffins, remained kept in perfect shape for 1900 YEARS…..

Now, only two tombs are open to the public for visitation.

We took a long walk from the front gate to the unassuming earth mound.
A Chinese man on a motorbike, was sent to open the tomb for us, and to turn on the lights.
We walked down the perfectly preserved steps and entered the chambers.

The day was sunny, dry and hot, but the underground tomb was cool and absolutely amazing…. We stood in awe and gratitude to be here….

The art on the bricks, is done in black and white, with some red and yellow ochre.
The paintings reflect the life of the people and the history of this region, which is part of an area called the “Hexi Corridor”.

More about the Hexi Corridor in my next post, where I will describe our visit to the end of the Great Wall.