Day 34 – The Road To Enlightenment – Walking The Saigoku Kannon Pilgrimage – Let There Be Light! 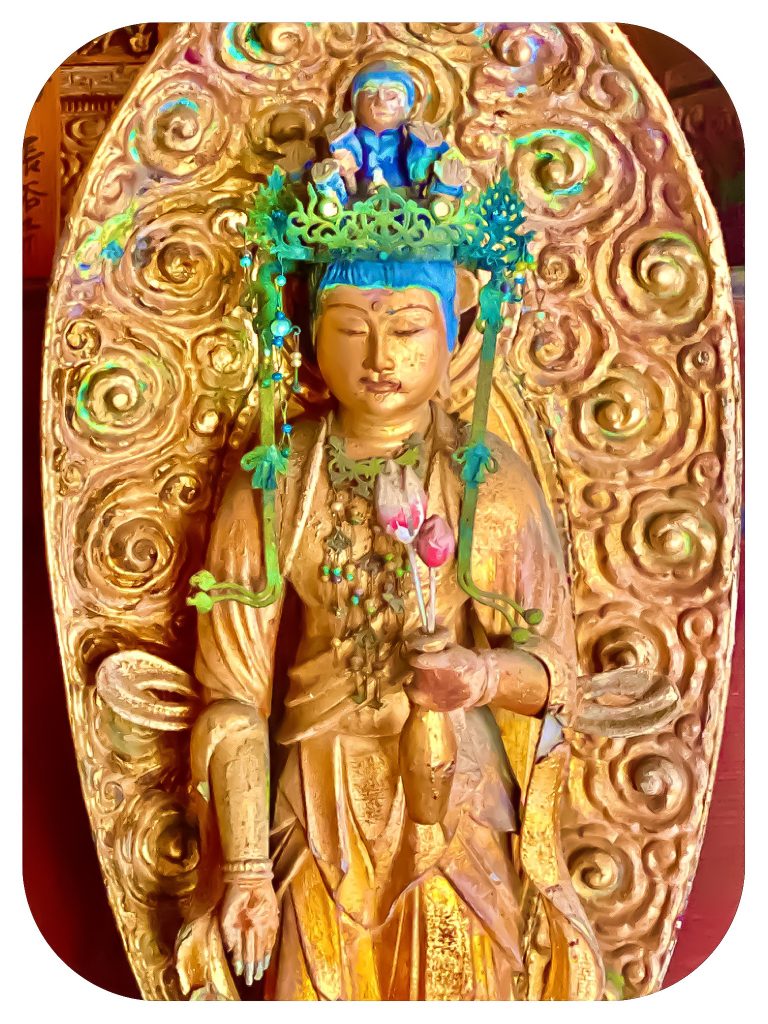 Day 34 – The Road To Enlightenment – Walking The Saigoku Kannon Pilgrimage – Let There Be Light!

Our desires and words are creative.
And when we said, “Let there be light,” It was a declaration of what we wished to see all around us.

“Let there be light!”
We said it from the bottom of our hearts.

“Let there be light!”
We said it from the shores of life….

“Let there be light!”
We said it in the face of every problem and confusion…

“Let there be light!”
We said it when we were happy and carefree, and when we were burdened by fears and concerns.

“Let there be light!”
We said it when the earth seemed to be consumed by a plague, by famine, by war and by despair…..

“Let there be light!”
We said it when darkness seemed to cover all the land….

“Let there be light!”
We said it to the Buddha and to the whole earth,
And we shouted it to the sun and to all the stars.

“Let there be light!”
And we believed that it was already so….

The light is here, and it is what makes up the whole Universe.
The darkness of the plague is just a shadow of our fears….

Try to feel safety surrounding you.
Try to feel as if nothing in the whole world can harm you in any way…. and then extend and multiply this feeling of security a dozen times, and then a dozen dozen times more, and know that you ARE the Light.

Today was a very rainy, windy and cold day.
Because the forecast calls for dry and sunny days for the next seven days, we decided to stay indoors today.

We got more hotel cancellations from hotels that notified us that they were closing down.
We spent our day rebooking accommodations in other hotels.
It looks like we might have to rely more on trains and buses at the end of our walking days than we had originally planned.

We have to adopt to the ever changing circumstances now.
We open our email and feel unfazed by the cancellations that we get.
We almost expect them by now.

We simply continue on and make new reservations.
Sometimes we get a much better rate.
Sometimes, we realize that we would be much better off to be nearer the train station, especially now that we have to rely more on trains at the end of the day.

I look about the world and think to myself, what are people doing…. spending their lifetimes running after a ball, or a career or a medal…. why don’t they run after greater realization…. after enlightenment…. is there really any more worthy goal than enlightenment?…..

There is a famous Buddhist story about a person who planned to climb a tall mountain, because he had heard that there was a sacred temple there.
But the mountain was very tall and the journey was full of hardships.

So instead of climbing it, he asked the people that he met, who were on their way down the mountain, how it was at the top.
Each pilgrim described to him how was his journey.
After talking to dozens of people, the man felt like he did not need to climb the mountain any more.
He felt as if he himself had done the journey up the mountain.

However, the journey and its hardships is not about the destination.
It is about mastering your lower-self.
It is about discovering your Higher Self, that is hidden behind the illusions of the world.

I encourage you to take that journey.

Master yourself, climb that mountain, I will be very happy to meet you at the peak….

With endless love,
Tali and Jules