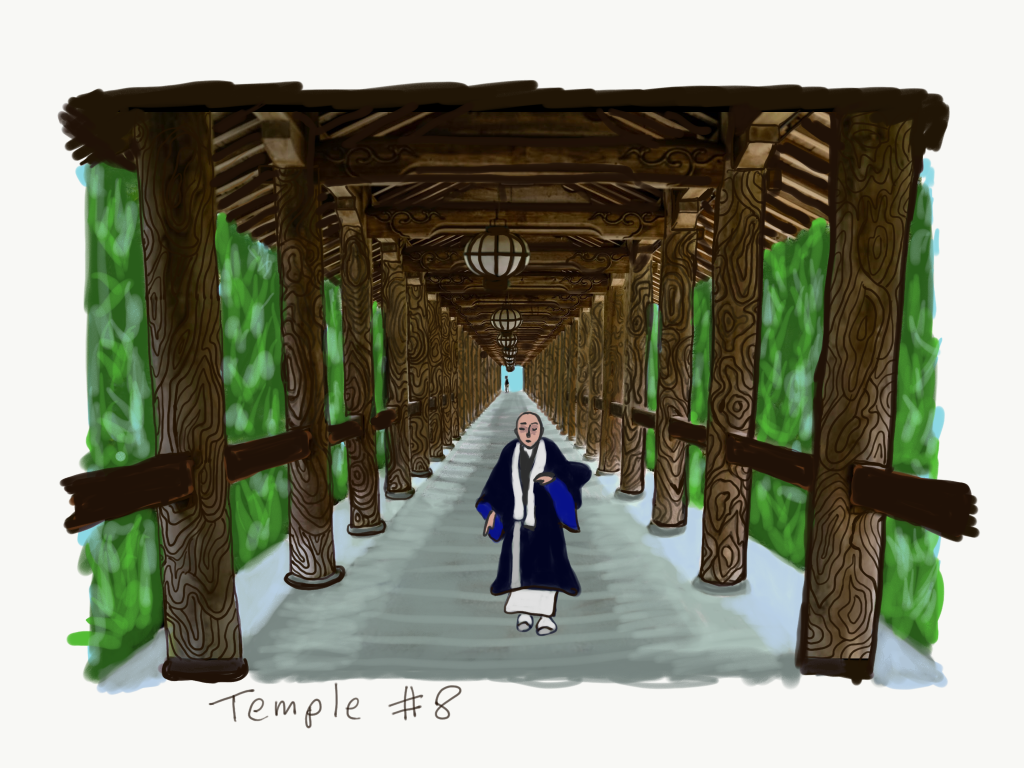 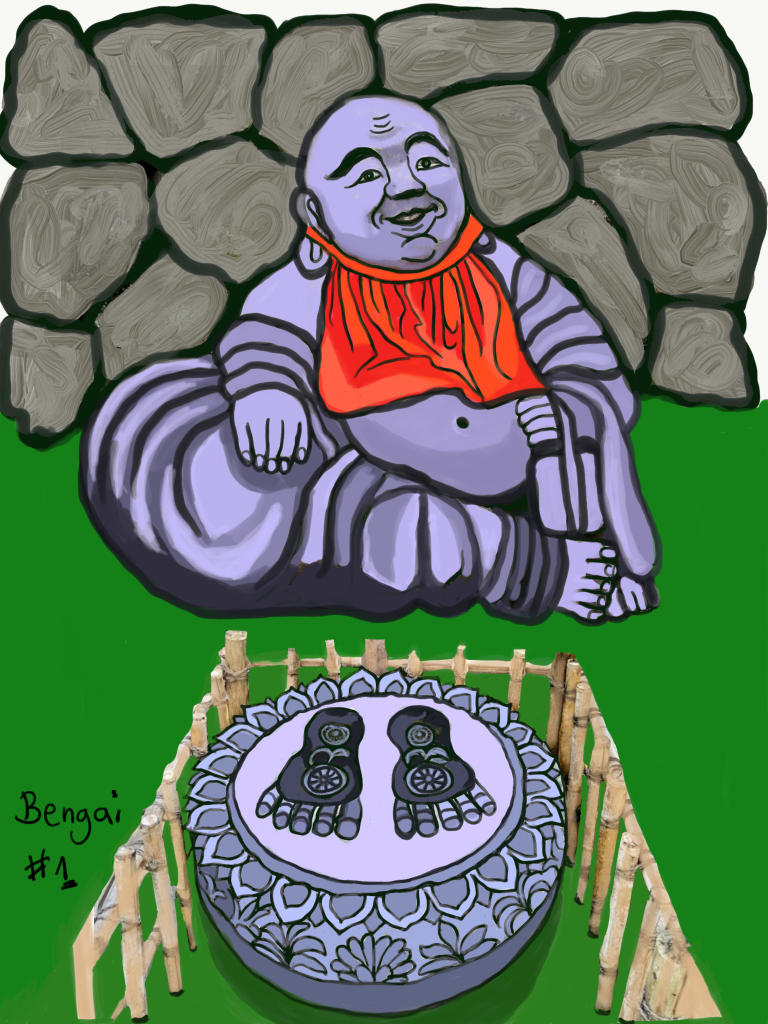 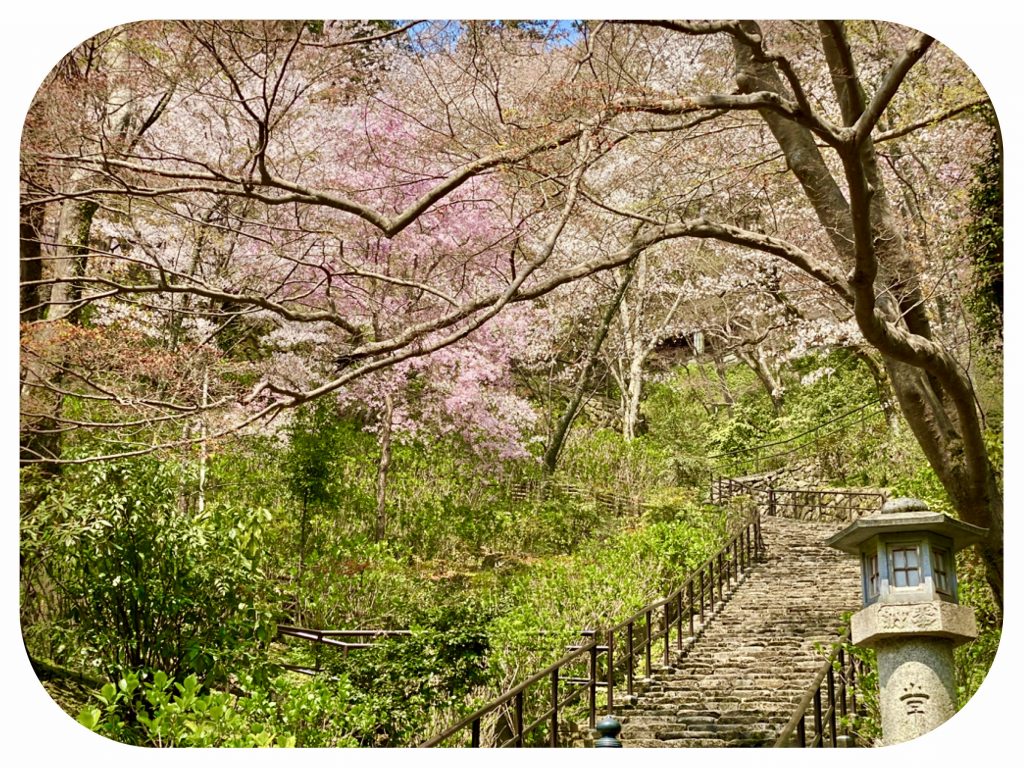 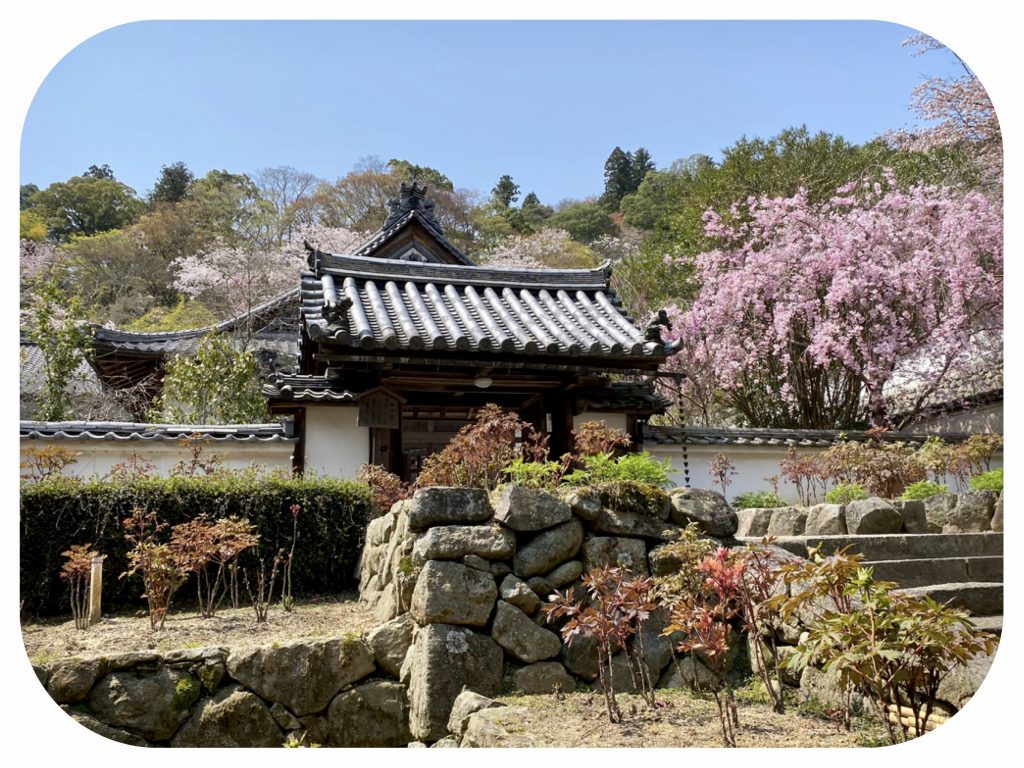 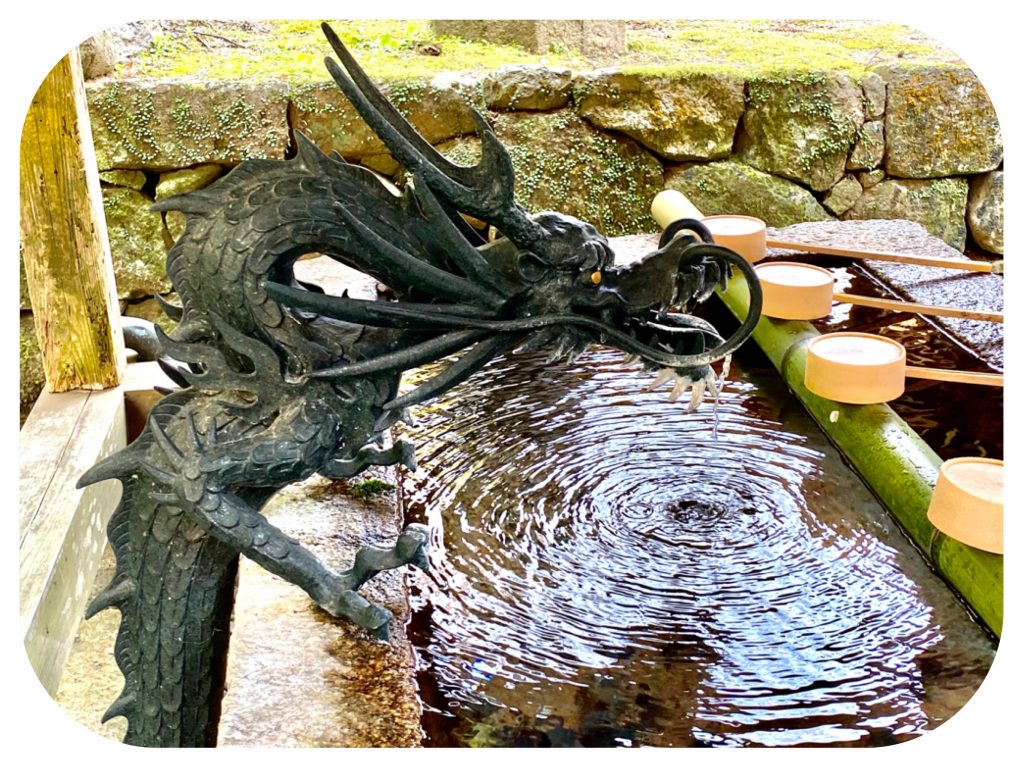 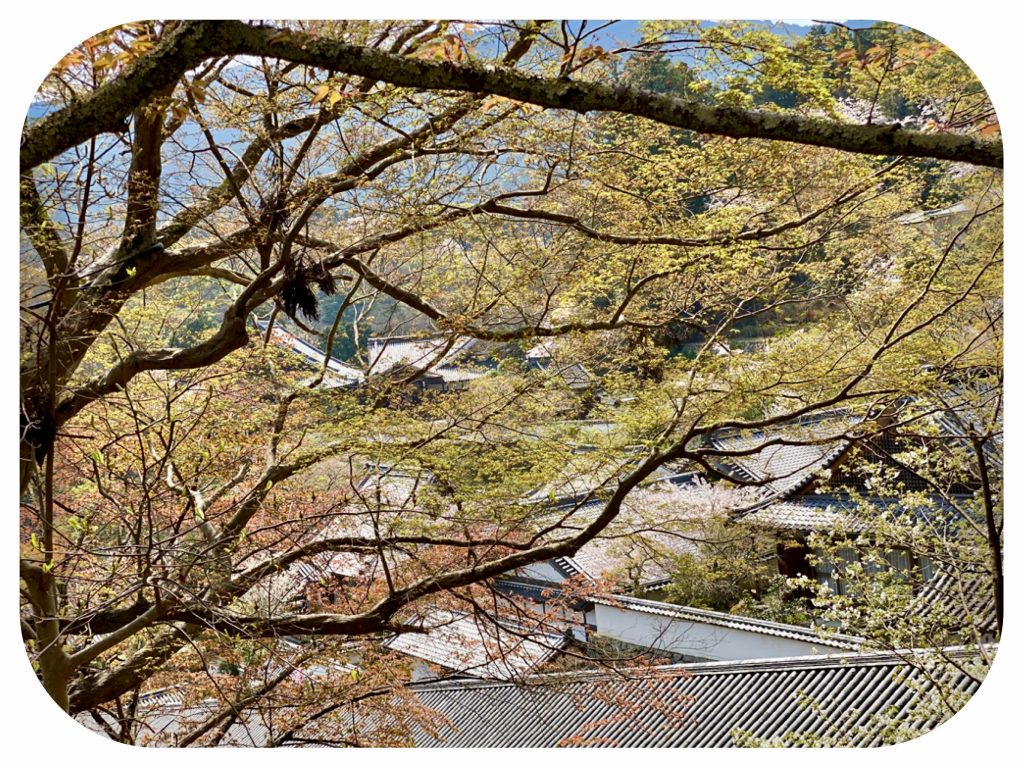 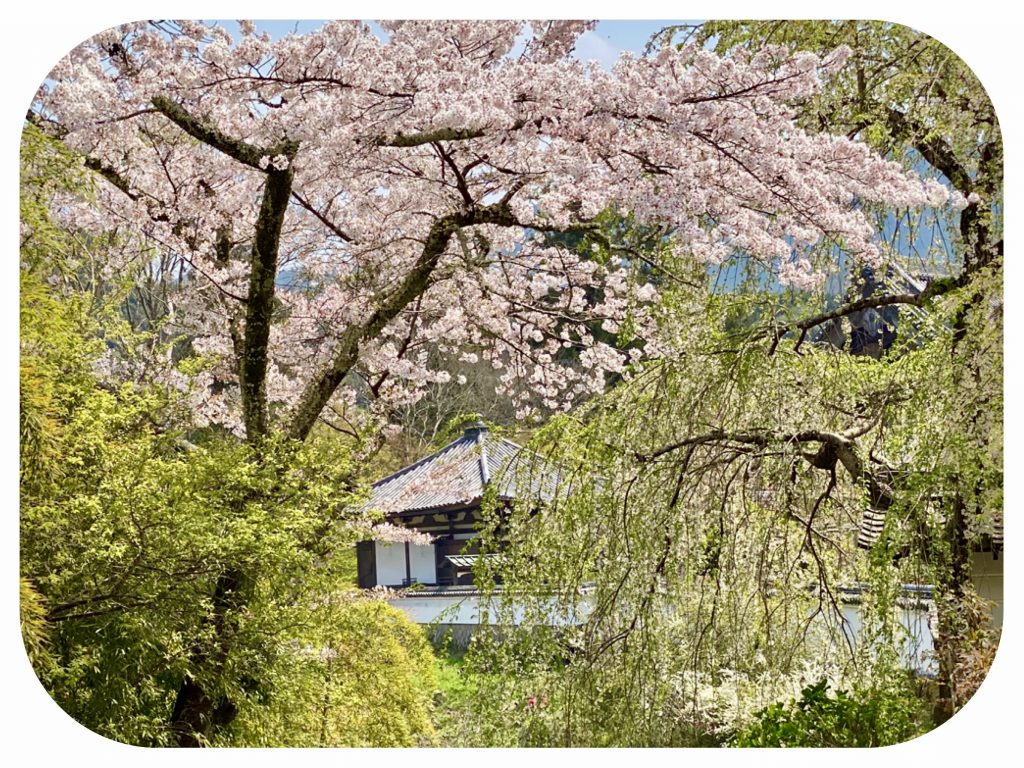 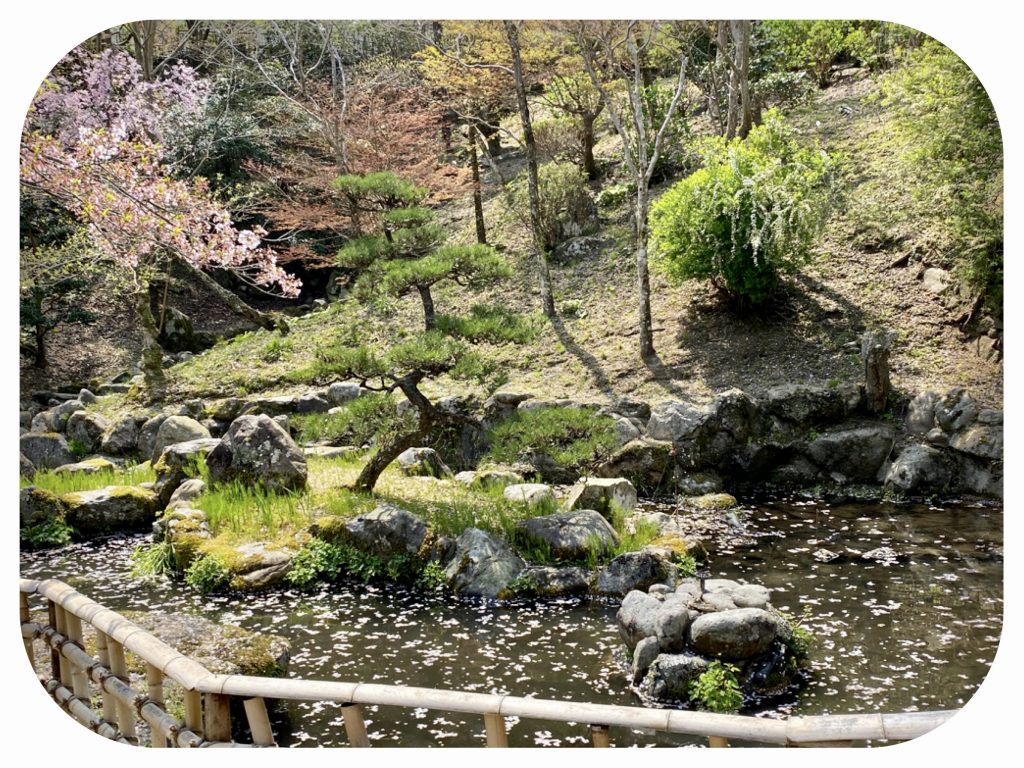 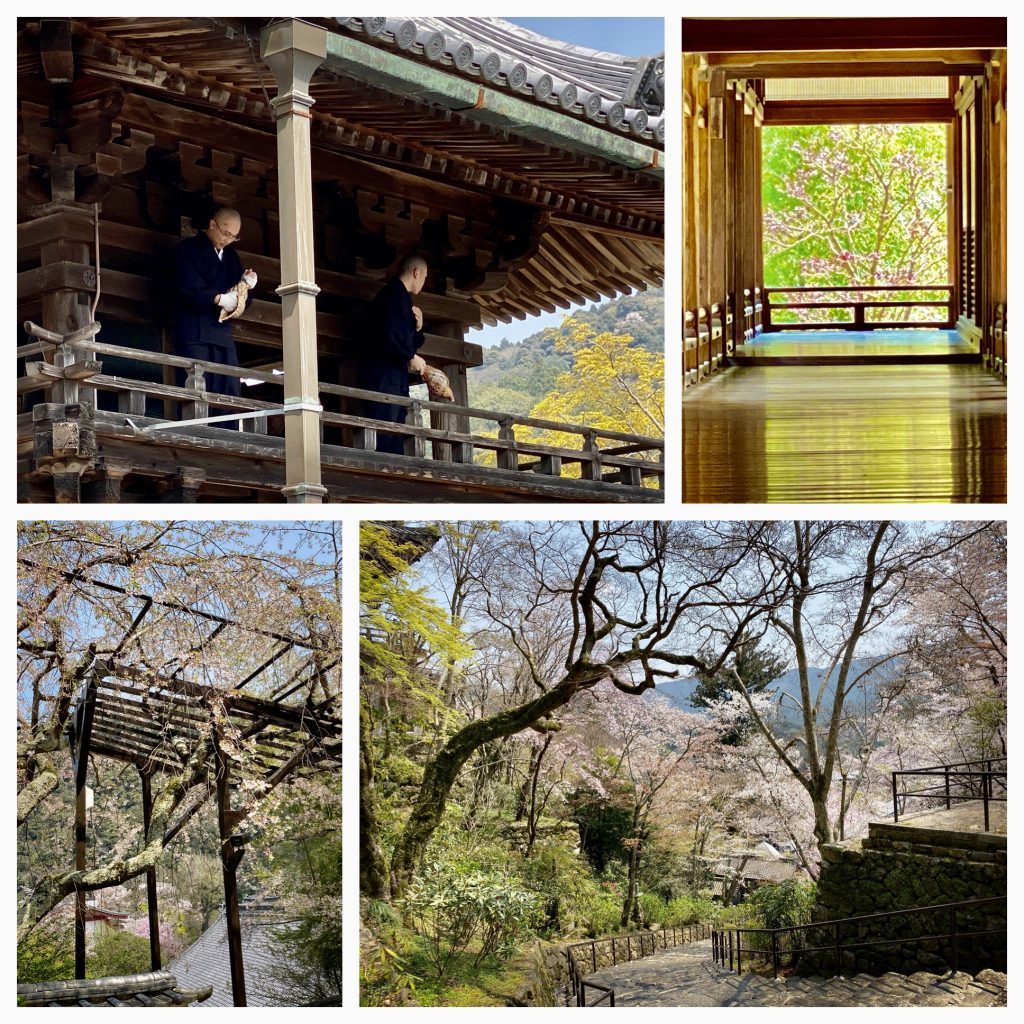 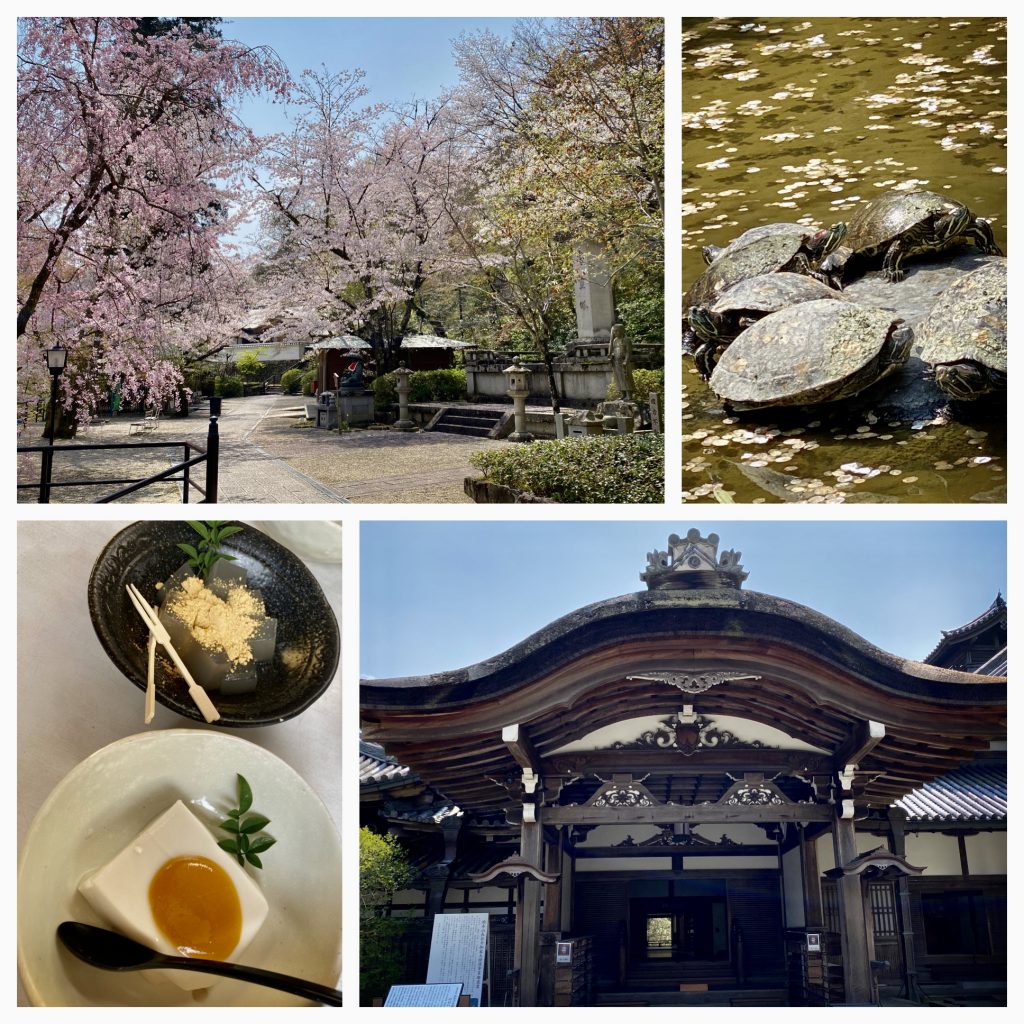 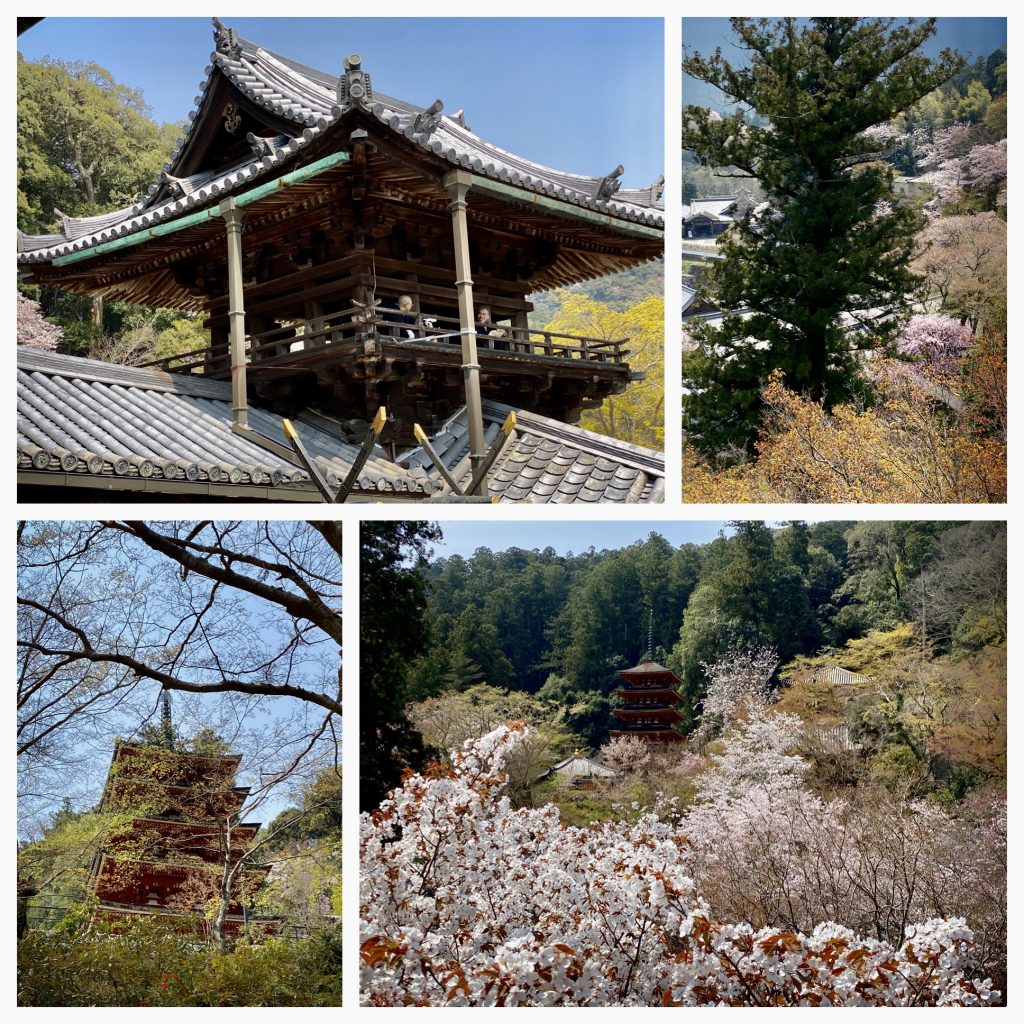 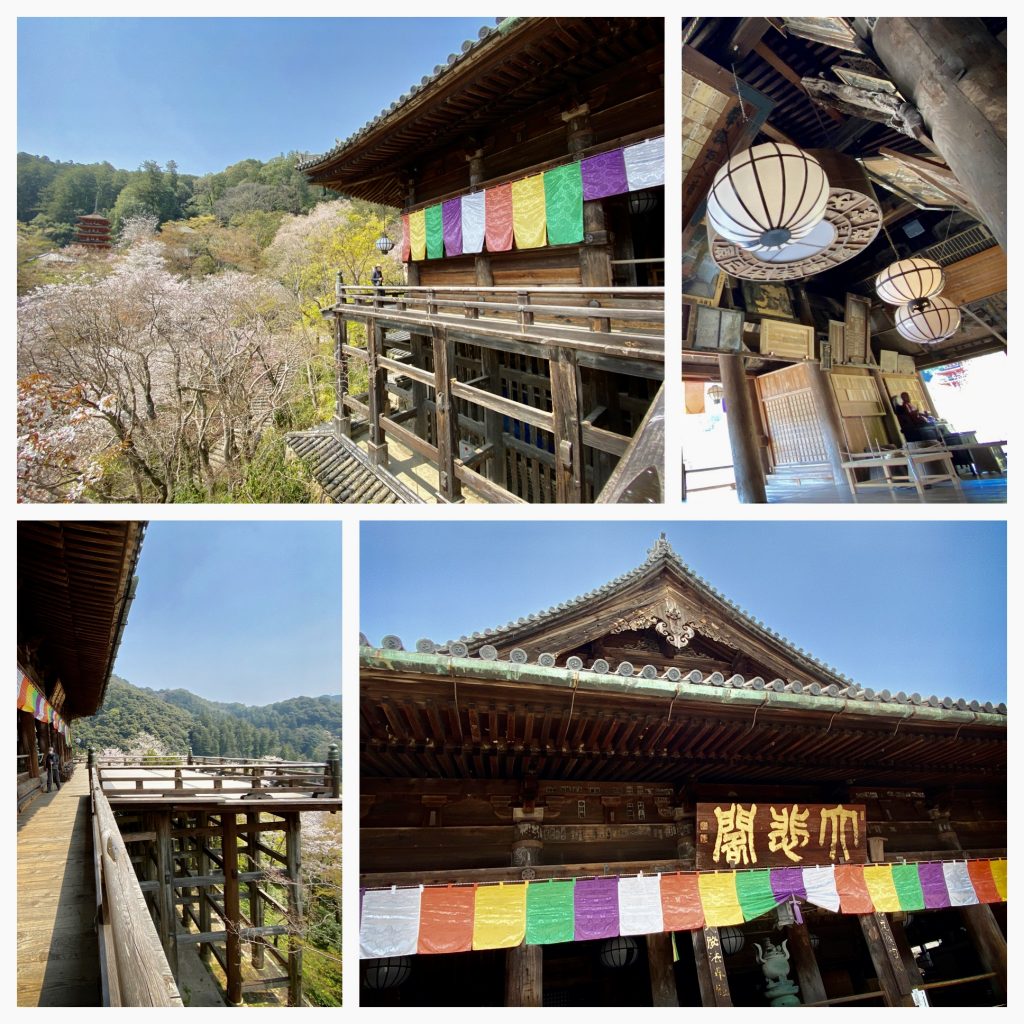 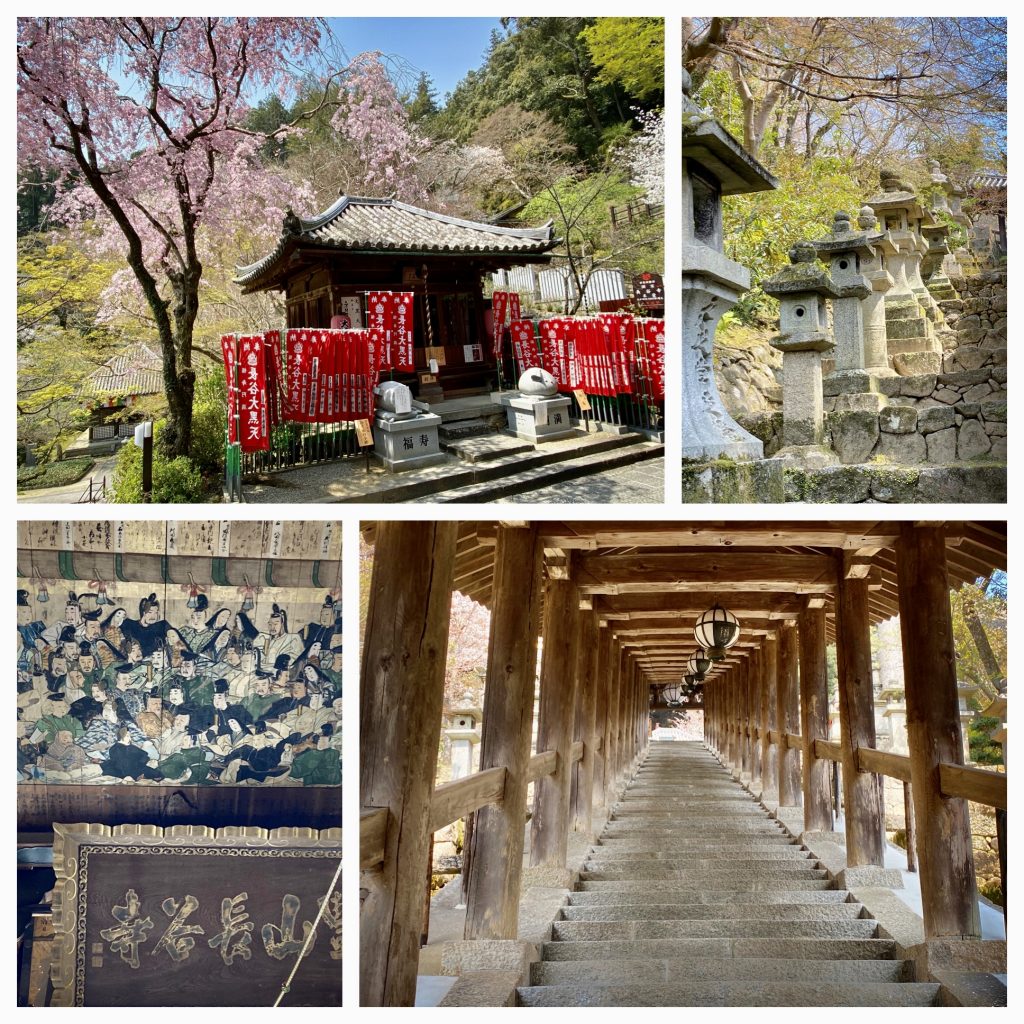 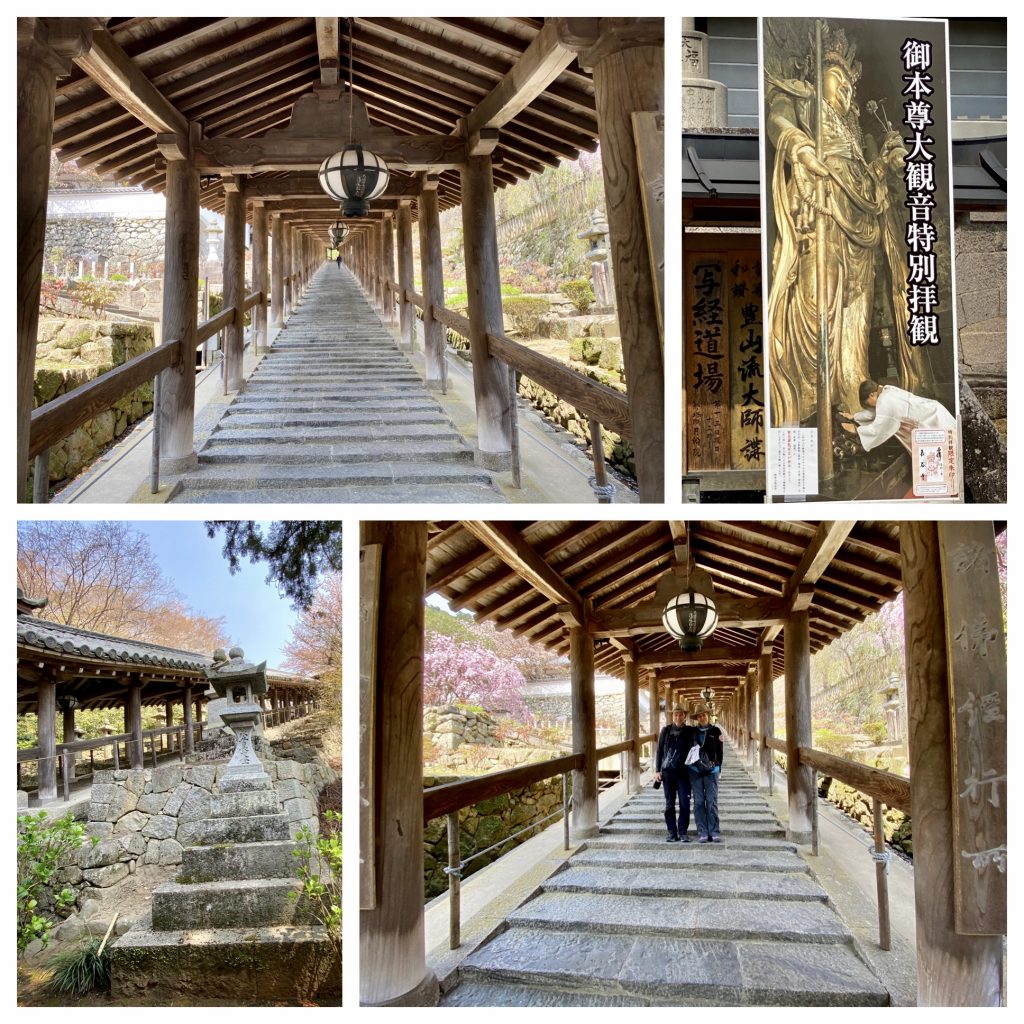 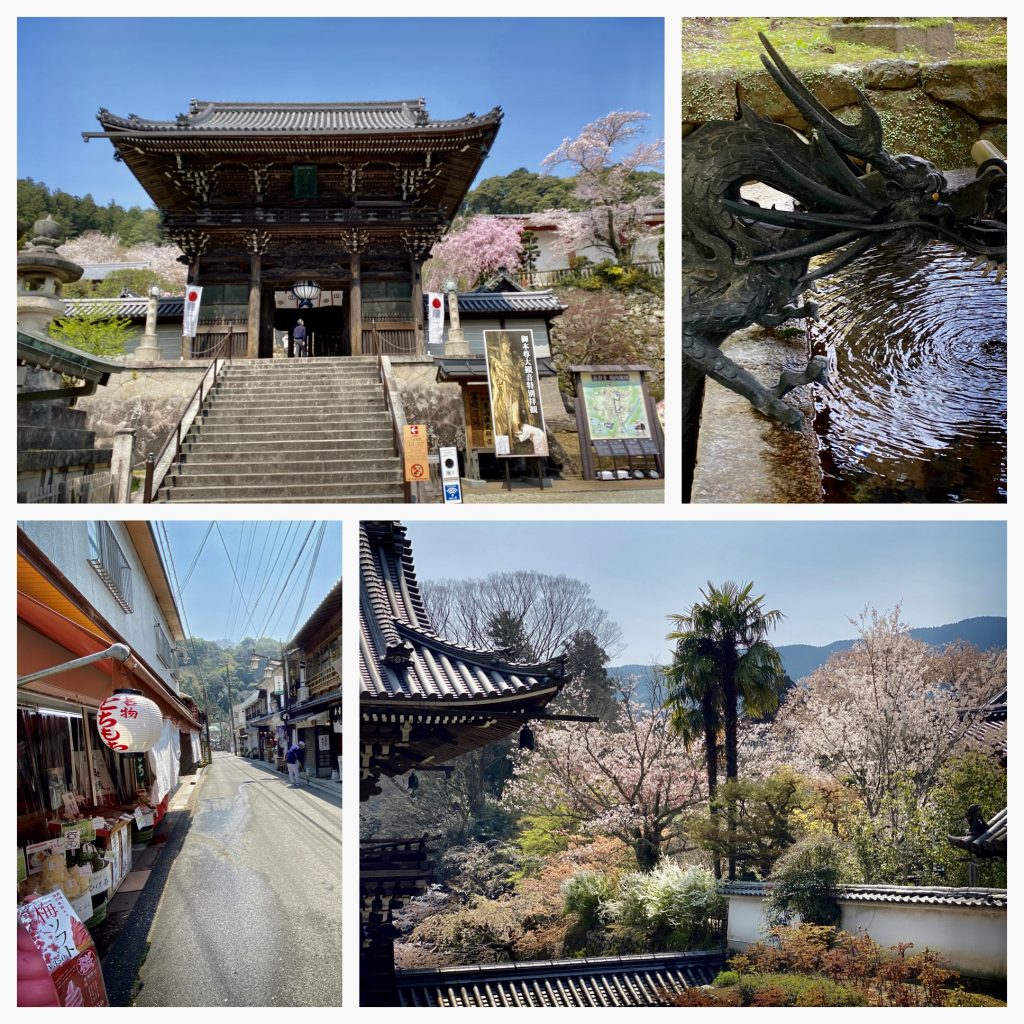 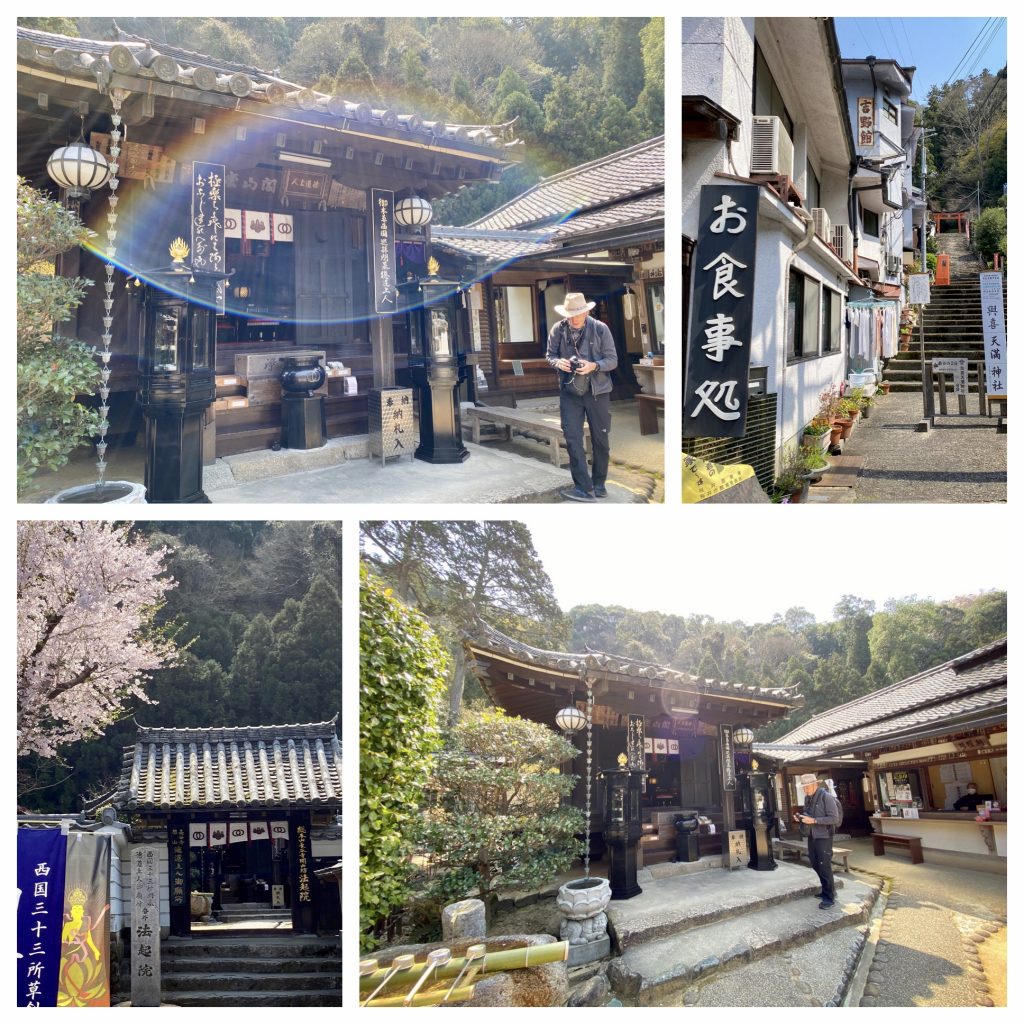 Today was a very special day.
It was Buddha’s day in Japan, and we had a special experience at Hasedera temple.

But the day did not start so well. Effective at midnight last night, the government of Japan declared an escalated state of emergency, asking people living in Tokyo, Osaka and five other prefectures (Fukuoka, Saitama, Chiba, Kanagawa and Hyogo) to isolate themselves indoors for one month.

We had left Osaka prefecture for Nara prefecture, right on the day of the announcement.

We walked by a local household and cosmetics shop that will be closing tonight as per the government’s request.
We saw a long line of people standing and waiting for the shop to open.
For some people, it will be their last chance to buy products locally, before the COVID-requested closure.
What a terrible idea.
I really hoped Japan would have done better than this.

We will not be severely affected, since we only plan to enter Hyogo prefecture in mid May, almost ten days after the isolation request is over.
But it was sad to see old ladies on bicycles, lining up for the last opportunity to buy non-essential products locally.
My heart felt heavy for them, for their fear was palpable.

But in the rural parts of Nara, the energy felt very different.
As we walked the quiet main street to Hoki-in Temple, shopkeepers were opening up and putting out their products.

Nara is renowned for its thin white noodles known as Somen, which are cooked and served cold in a light soy broth, garnished with scallions.
When Somen noodles are served in a hot seaweed broth, that dish is called Nyumen.
The towns of Miwa and Sakurai are believed to be the birthplace of Somen noodles.

We felt more optimistic as we neared the temples.
The signs of life as usual signaled to us that the temples would be open.

Hoki-in temple (Bangai Temple #1) is a small but ancient temple, located on the narrow road leading to Hasedera Temple.

Hoki-in temple 法起院 was constructed in 726.
It is really tucked away, but the gate was open and two very friendly monks were in the office, giving stamps.

The principal deity enshrined here is a seated statue of Saint Tokudo, who founded Hasedera Temple.
This is the place where he secluded himself in the final years of his life.

Though it is small, it is a beautiful temple, and we stood and chanted as the monks looked at us with amazement.
They did not expect to see two foreigners now that Japan had closed its borders.
Even more rare was for them to meet pilgrims who were walking the Saigoku pilgrimage.
And our chanting of the Lotus Heart Sutra almost solicited an enthusiastic clapping of hands.
They were so sweet.

From there, we walked up the road to Hasedera temple.
While not located very high up the mountain, the temple is spread out up and down the slopes, with long covered walkways, to protect visitors and the monks from the rain and the sun.

Like other ancient temples, there is an entrance fee to go into the Hondo Main Hall and see the treasures, artwork and the main Deity.

Hasedera is the head temple of a large branch of the Shingon sect, and it has 3,000 branch temples throughout Japan.
The area has been a sacred place since ancient times, and it was mentioned in Japanese classical literature, such as the “Tale of Genji” and the “The Myriad Leaves Collection”.

Hasedera Temple is known as the “Sacred Temple of Flowers.”
It is temple #8 of the Kannon Pilgrimage to 33 Sites in Saigoku (Western Japan, Kansai).

Pilgrims who come here, enjoy the seasonal flowers.
In springtime, the cherry blossoms and the peonies are in full bloom.
In the summer, Japanese hydrangeas bloom.
In the Autumn, the Japanese maple trees color the hills in deep oranges and reds.
In the winter, a breed of winter peonies bloom.

Jūichimen Kannon Bosatsu, the Kannon of Compassion, is enshrined here.
It is a very tall and beautiful gold leaf covered wooden Kannon, with Eleven Faces.
It has a compassionate face and ten other faces on the top of the head.

It is the largest wooden Kannon statue in Japan.
It holds a vase in its left hand and a staff and rosary in its right hand.
People believe that the Goddess of Compassion can help those in distress, and can bring tangible rewards in this lifetime, to those who beseech her.
The present statue was rebuilt in 1538, and it stands inside the main hall at a height of 10 meters and eighteen centimeters.

The giant statue is enshrined in the main hall, and usually visitors are only able to see the upper half of the body as they stand outside the main hall.

A special opening event is held twice per year, during which time worshippers are able to go inside and touch the sacred feet of the Buddha.

So many have prayed and touched the sacred feet of the Buddha for so many hundreds of years, that the gold vanish has turned a shiny black color that resembles dark ebony or bronze.

Since we visited on the annual Buddha’s day in Japan, we got to experience the very rare opportunity to touch the sacred feet.
A holy powder was sprinkled on the back of our hands, and we were asked to rub it on both hands.

Because of the coronavirus scare, they gave us sheets of rice paper and we were asked to place the rice paper on the huge feet of the Buddha, and lean over to pray while touching them through the thin paper.

Each piece of rice paper was deposited in the trash after each visitor left.
We lingered, admiring the statue and the beautifully painted walls around it.
Since there were only a small number of visitors, we were not rushed through, and were allowed to linger.

We also saw other guardians, Rakans and generals, in the other rooms of the inner sanctum.
When we left, we were each given a colorful rope braid, to wear around our wrists like a bracelet.

A friendly young monk, one of many monks that train and work at the temple, came over to chat with us.
He told us to stay for another ten minutes, because they would be ringing the temple’s bell at noon, and we should not miss it.

We walked around the exterior of the main hall, admiring the blossoms and the views, until we heard the trumpeting sounds of the Buddhist conch shells.

Hasedera temple is a monastery, where young trainees learn religious studies practices, and train every day.

The roofed, covered stairs are called Noborirou.
They climb all the way up the steep slope from the Nio gate to the Main Hall.

The elegant stairs have 399 stone steps and hanging oval-shaped lanterns on the ceiling.
From late April to early May the stairs are surrounded with beautiful blooming peonies.

A few annual festivals take place in Hasedera.
“Dadaoshi” is a fire festival that is a part of the “Shunie” ceremony, which is held from the 8th to the 14th of February every year.

On the last day of the ceremony three giant Oni or Ogres, with fierce masked faces and holding huge fire torches, run in and out of the Main Hall.

Visitors shout out loud in excitement when the four meter tall fire torches hit one another and the sparks shoot up into the air.

The fire festival grants prayers for prosperity and health, while burning away the old and the past.

It is believed that the Saigoku pilgrimage originated in Hasedera temple.
The founder of Hasedera temple, a priest named Tokudō Shōnin (656-735), met Enmaō, the Lord of Death in a dream, while the priest was near death due to a severe illness.

In his dream the Lord of Death did not allow him to die and ordered him to set up the Saigoku Kannon Pilgrimage to 33 Sites that became the first pilgrimage in Japan.

Since then, many pilgrims have visited this temple and offered prayers to Kannon for the past 1300 years.

After visiting Hasedera, we stopped in an eatery in the village to drink tea before our walk back to Kashihara.

We had a creamy and delicious tofu dish made from sesame seeds called Goma tofu, that was served with yuzu miso.
We also had a dish of warabi mochi with roasted soybean flour.

Our walk back to Kashihara was through fields.
We saw people burning trash or yard cuttings in the fields, the smoke rising up in the air.

We passed by factories and construction sites, inhaling fumes and smelling the pesticides in the fields.

We came upon a village and met a man who was working in his garden.
The man asked where we were walking to, and told us that he did the Saigoku pilgrimage twice.

He told us that he did it by car and said it must be difficult to walk at these times of the Covid-19.
He laughed and said that people wearing masks must look like ninja Jedi to us.

He said he plans to do the Tokyo Kannon pilgrimage, the one we almost finished while in Tokyo, sometime in the future.

After a few hours of walking we rested in a newly-open cafe on the road.
The very nice owner made us good coffees and gave me a bag of Japanese sweets when we left.

We picked up our backpacks from the coin lockers at Kashihara station and went to the hotel to check in.

A Japanese girl who is from Australia checked us in.
She gave us a large Japanese style room and we talked about how her family at home in Australia is dealing with the coronavirus.

We bathed and soaked in the hot springs, enjoying the emptiness and the silence around us.

Sending you love and smiles,
Tali and Jules