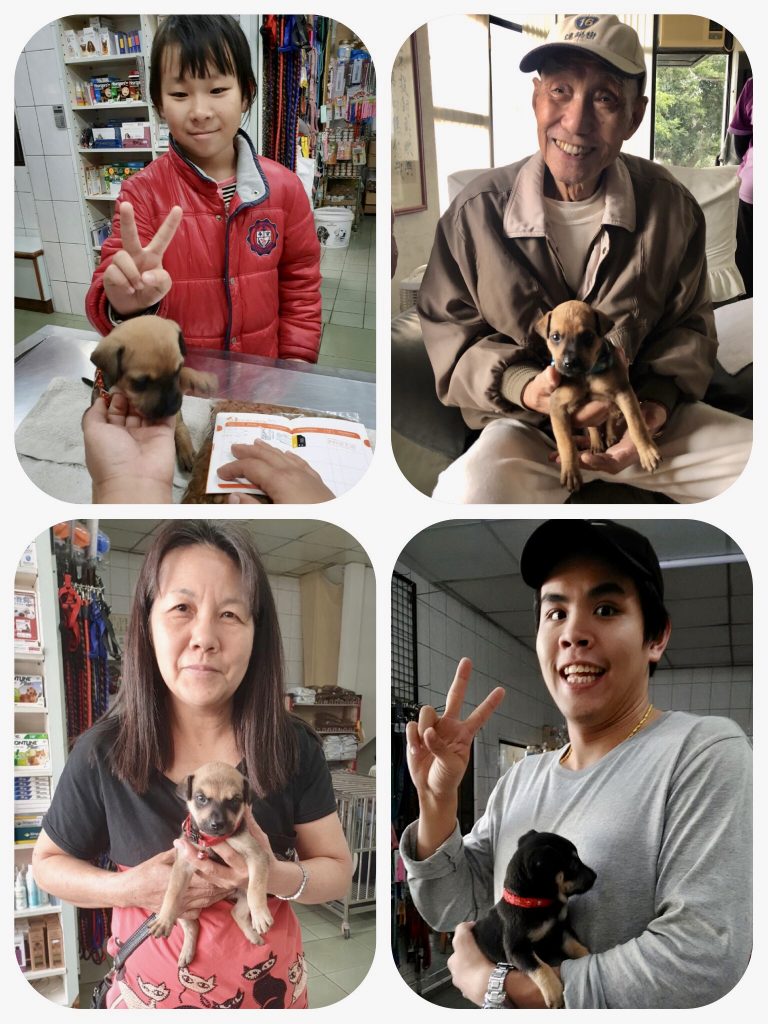 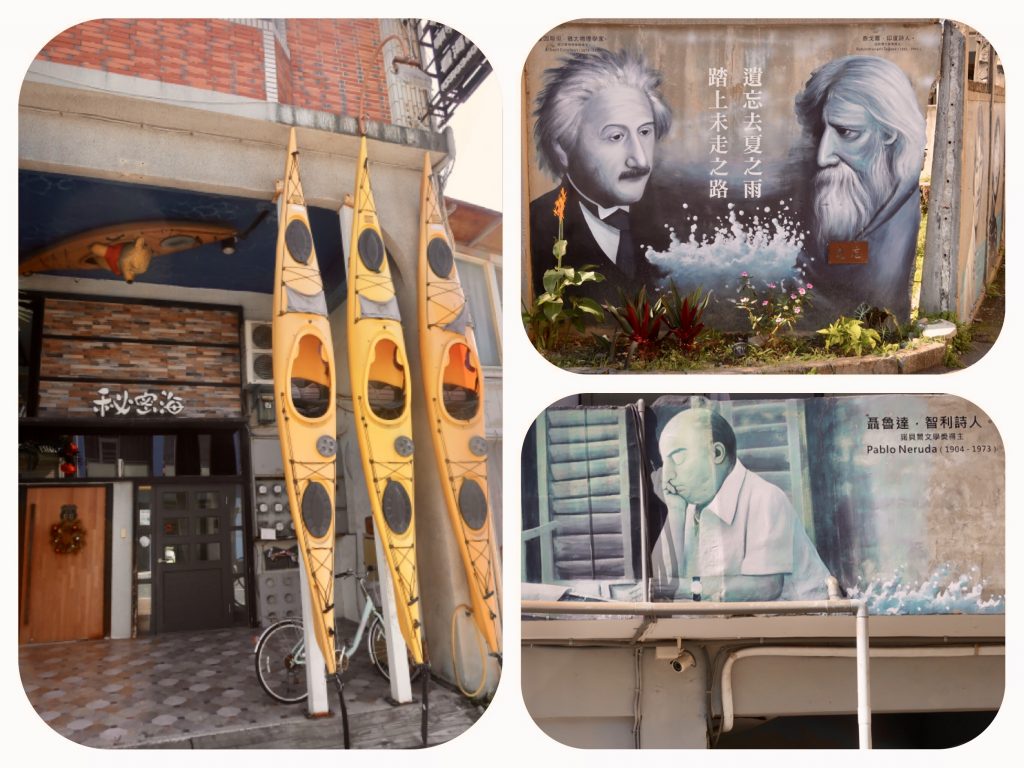 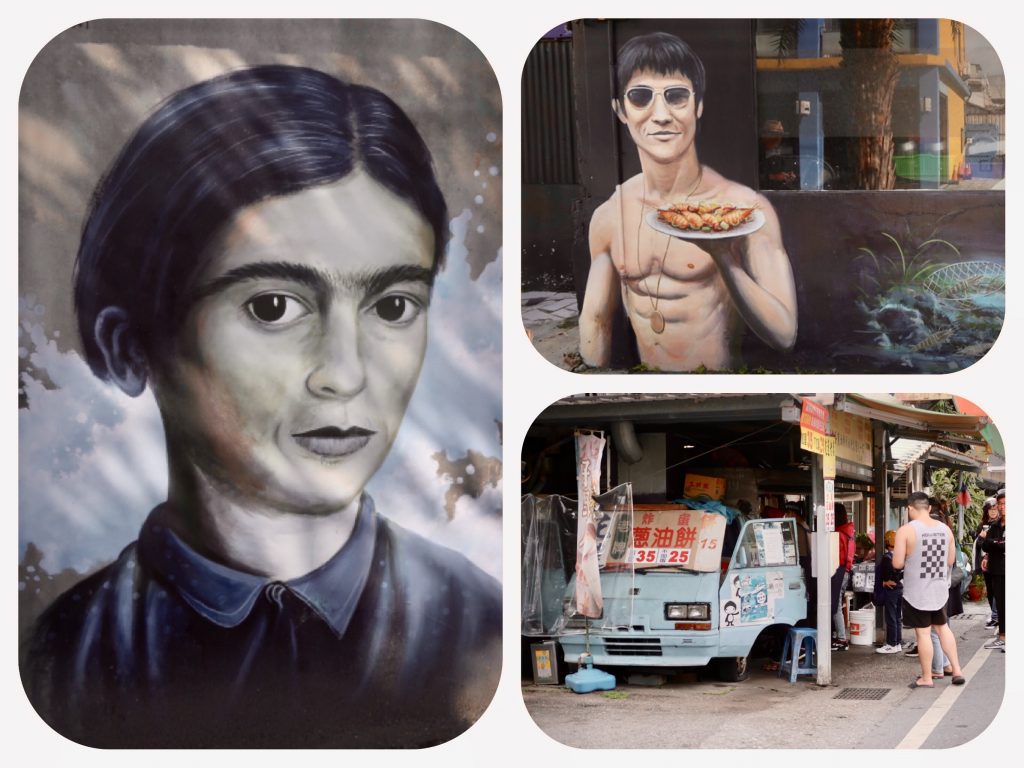 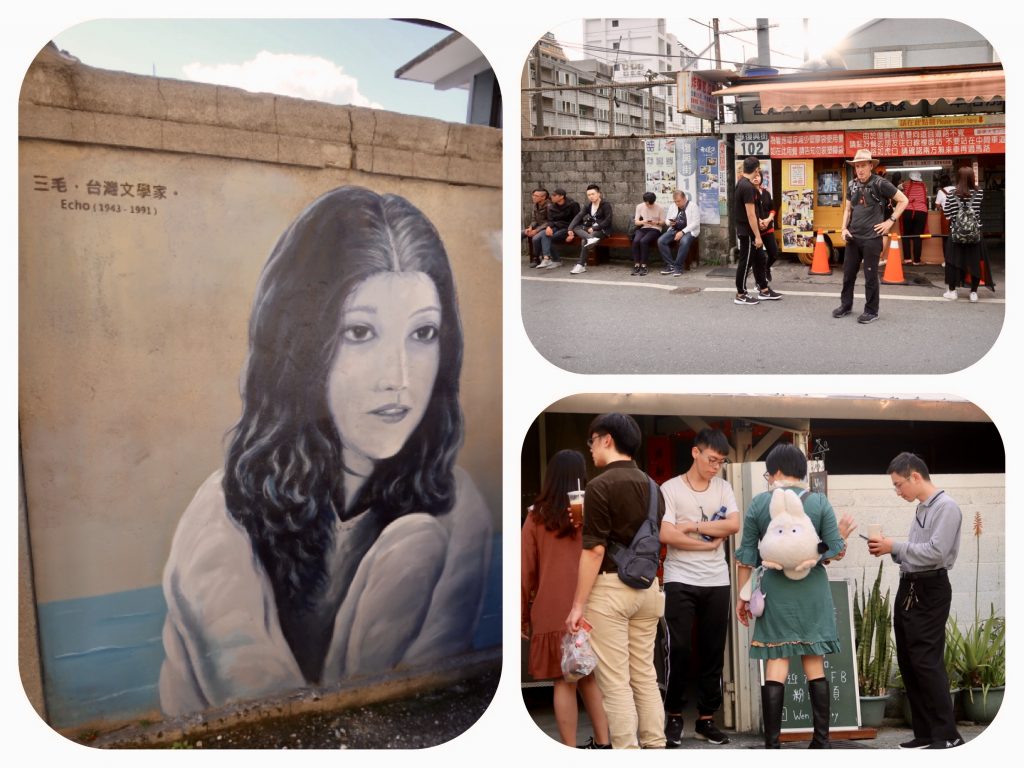 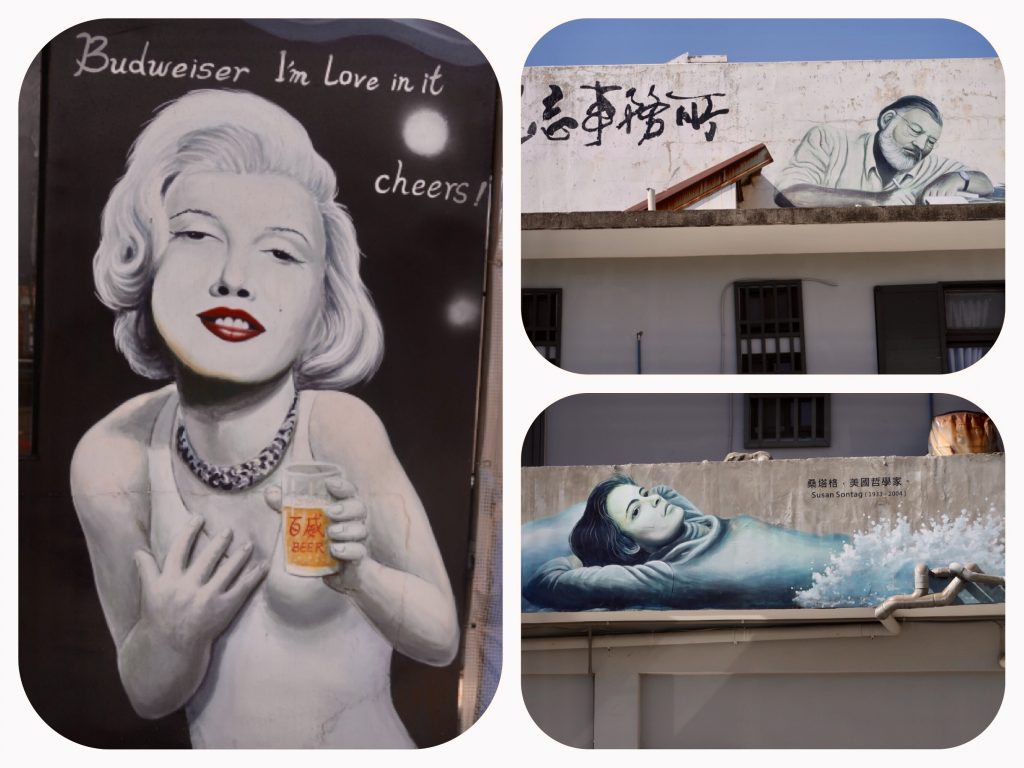 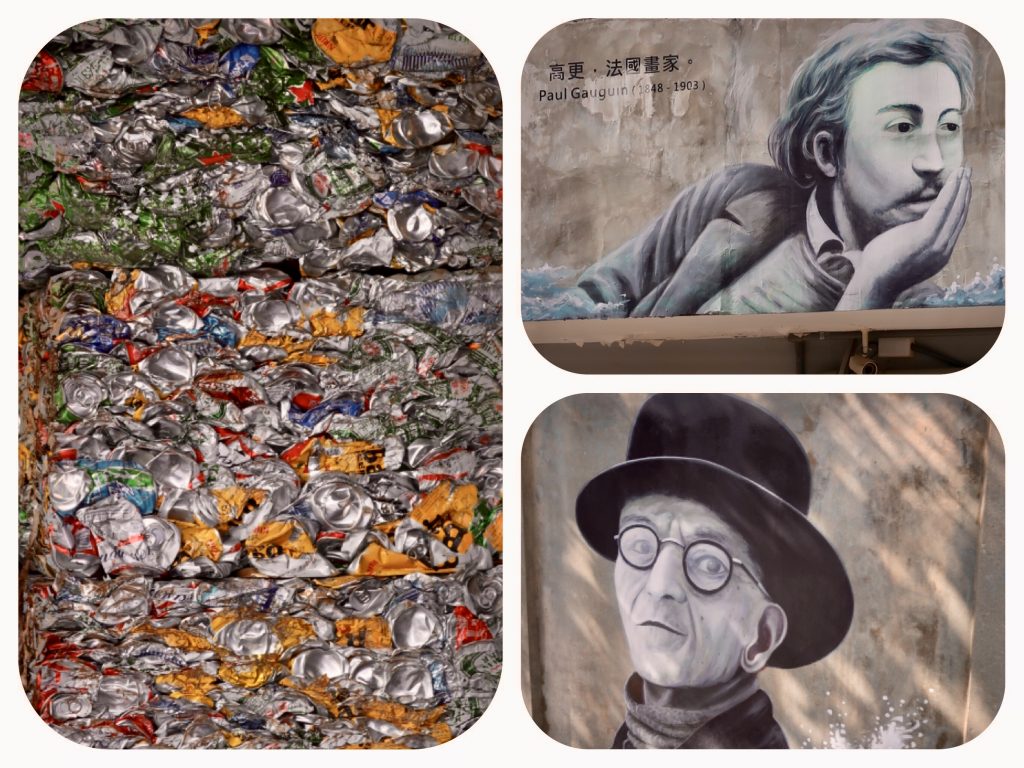 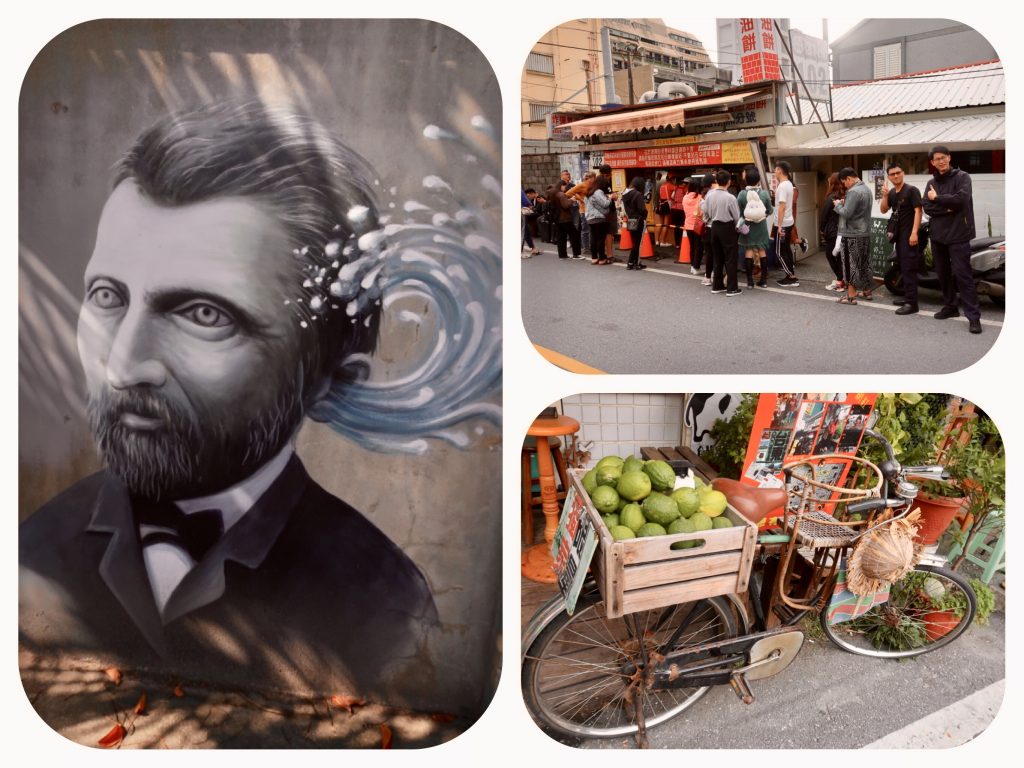 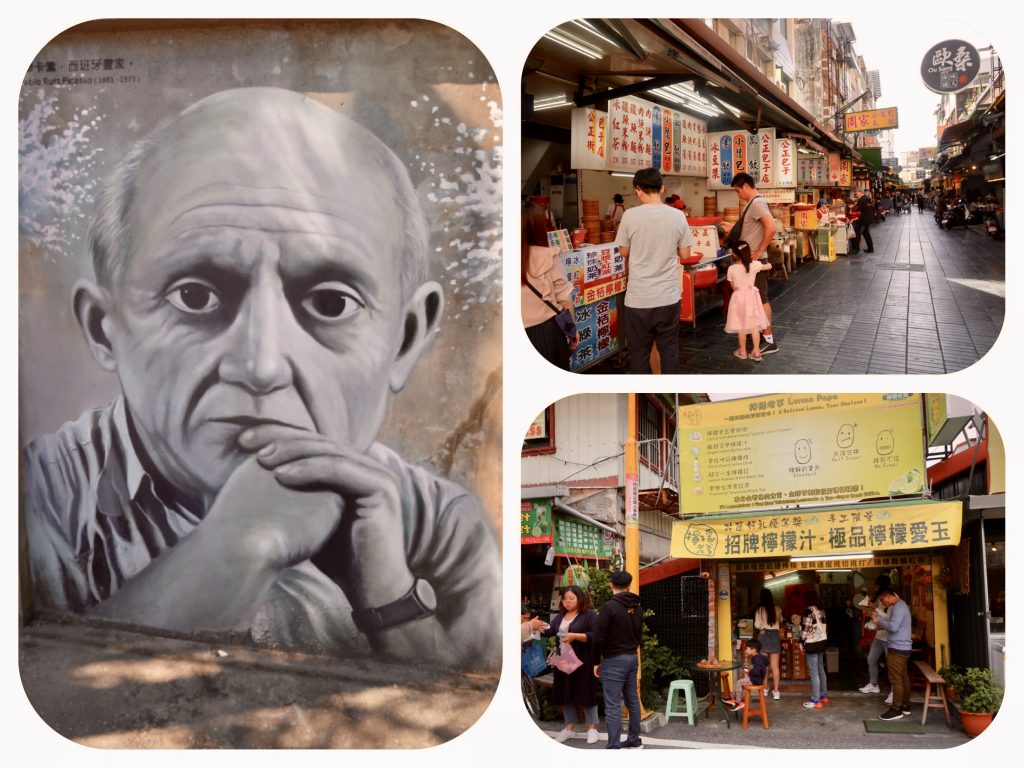 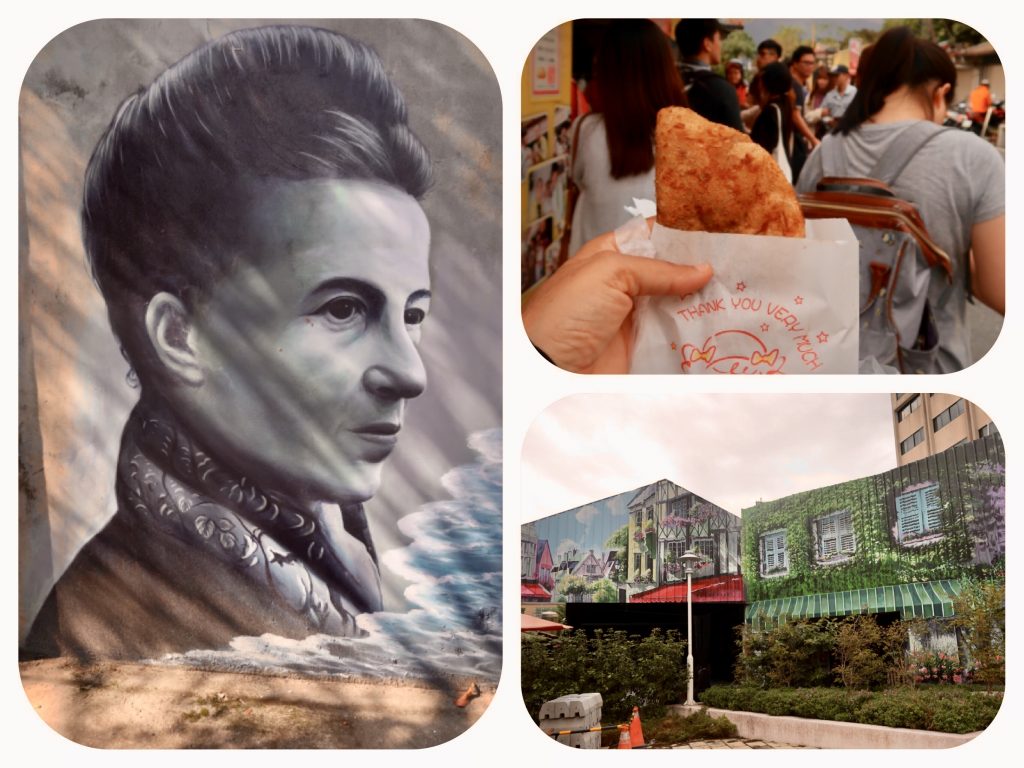 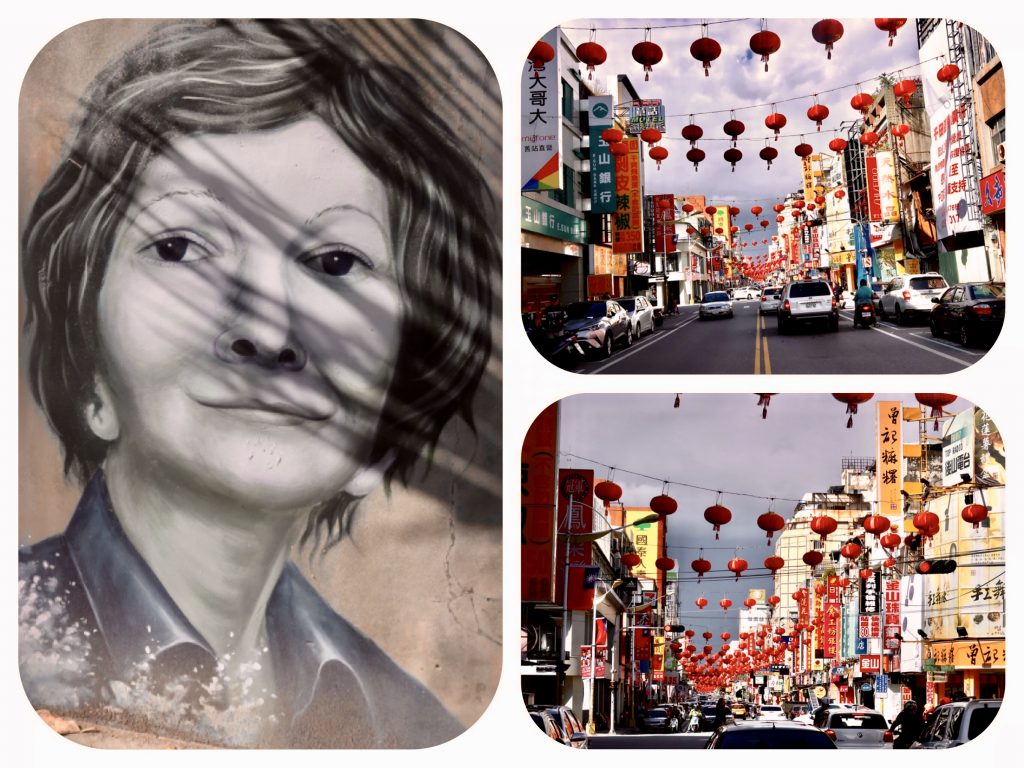 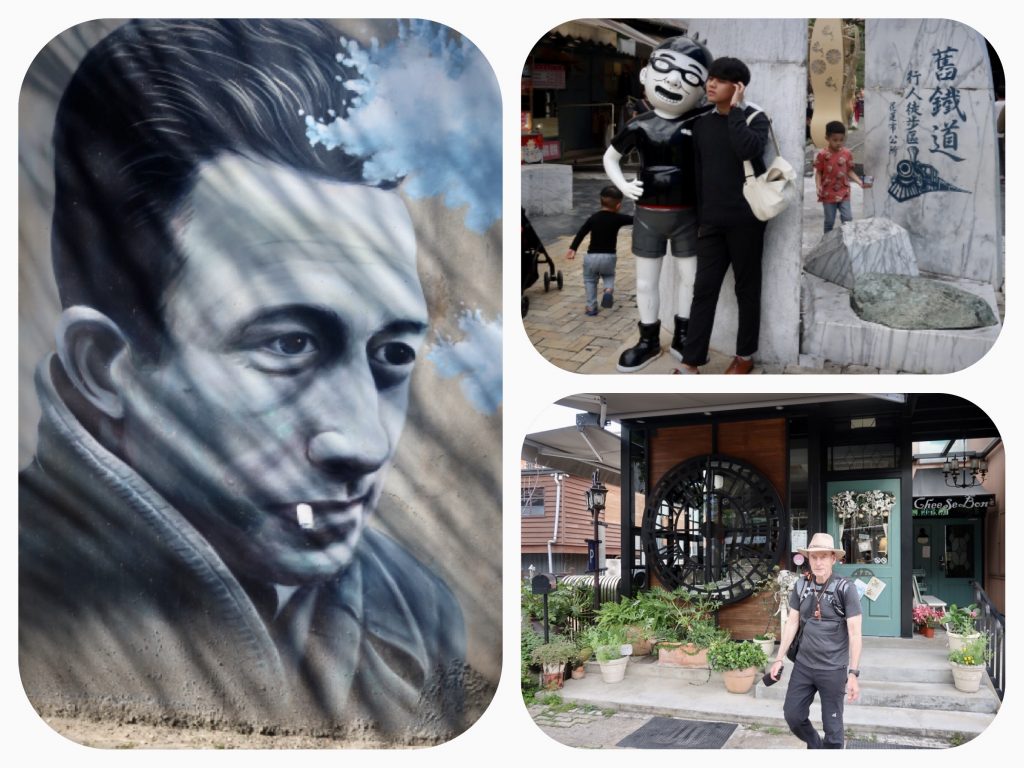 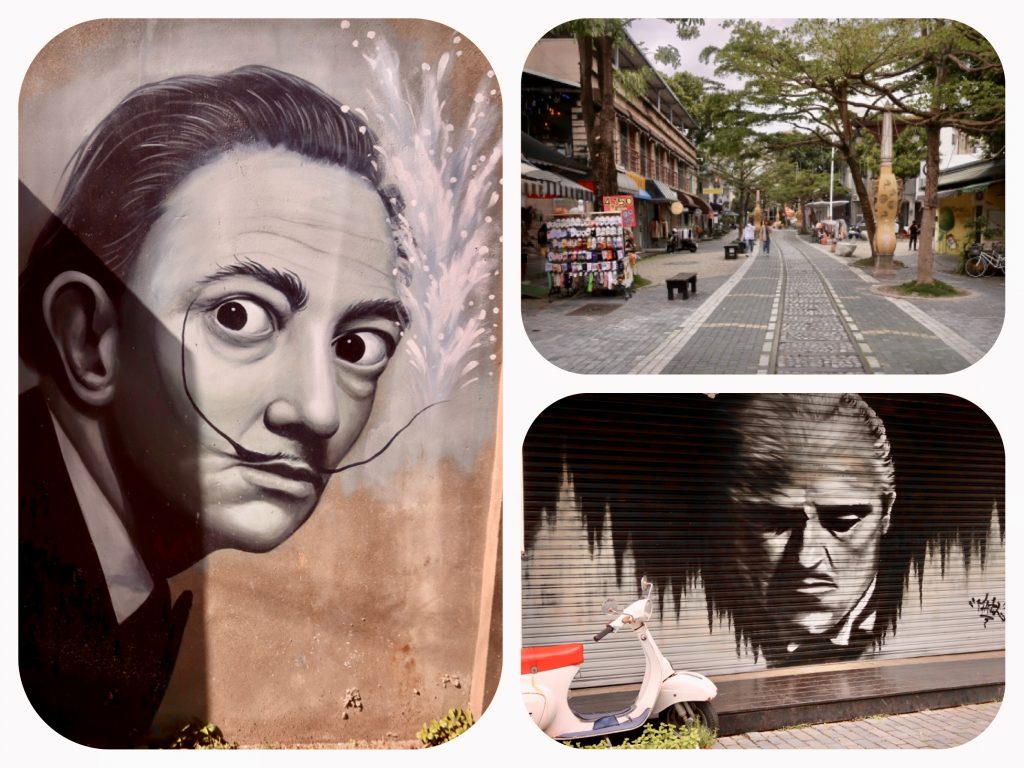 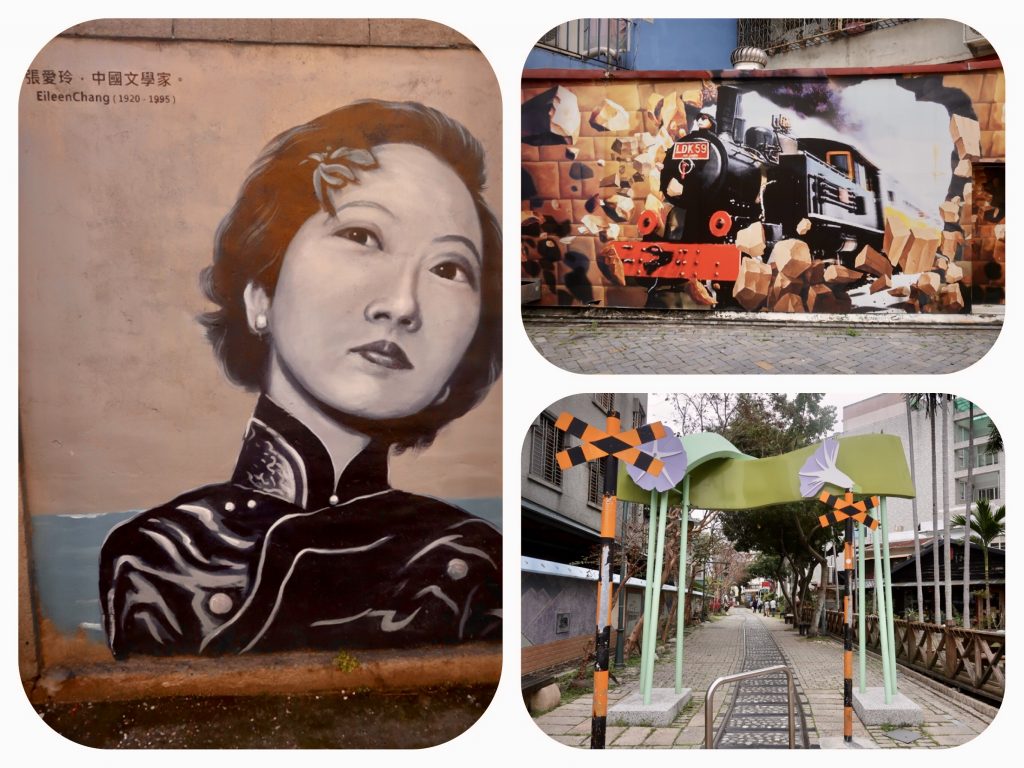 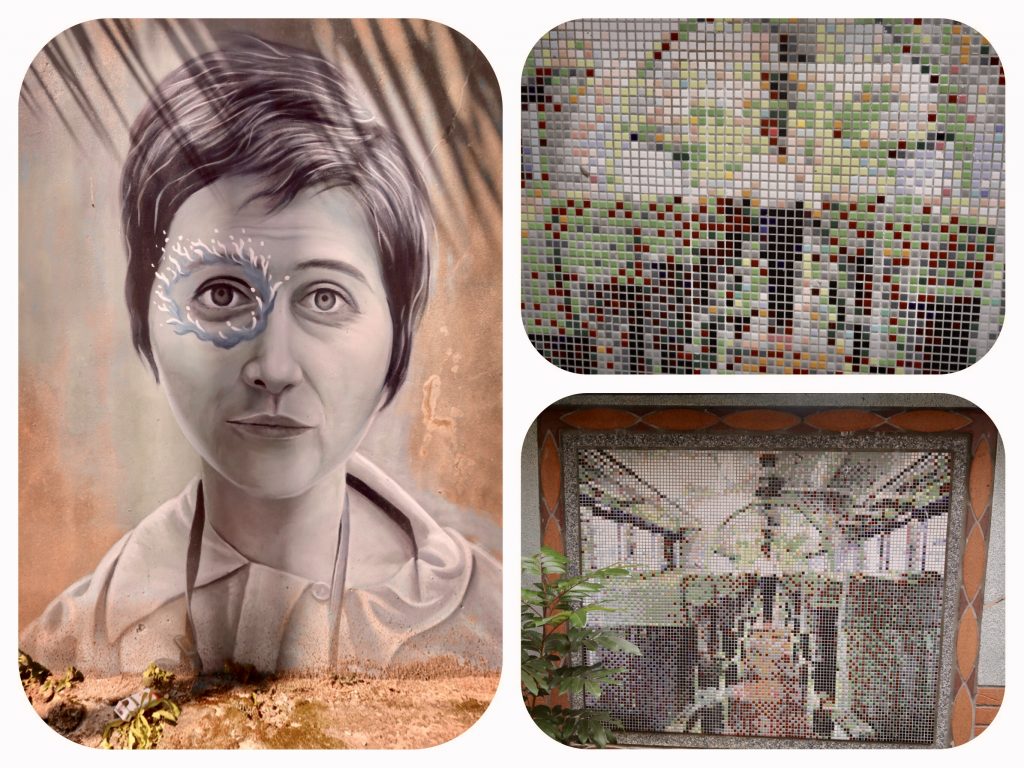 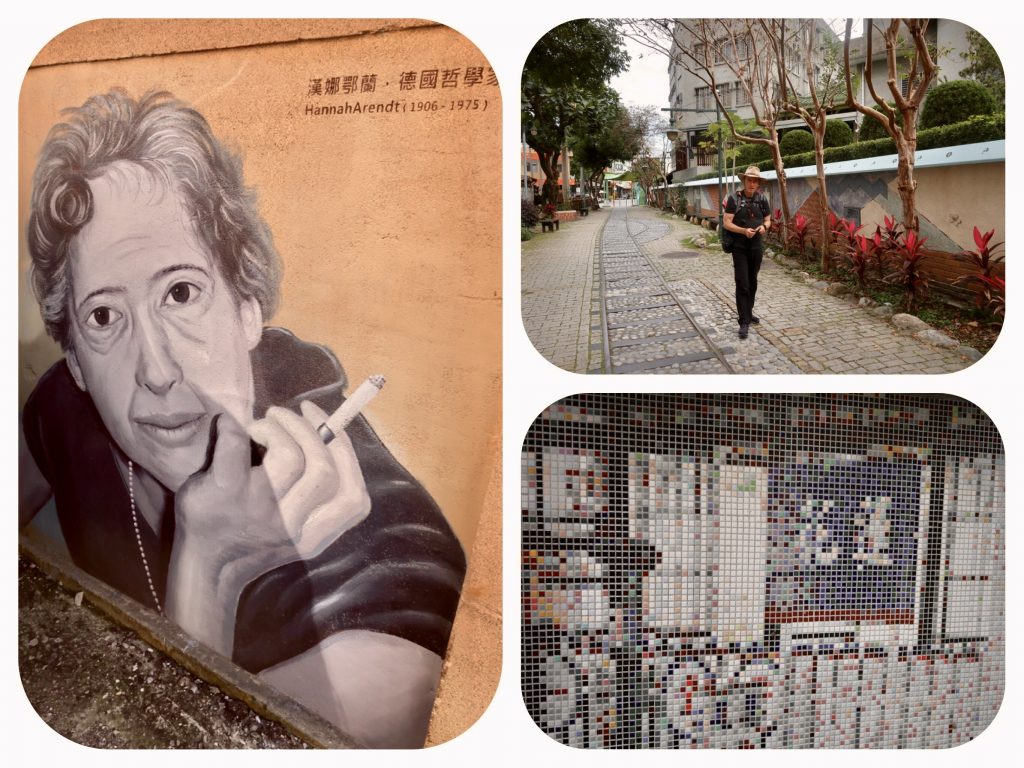 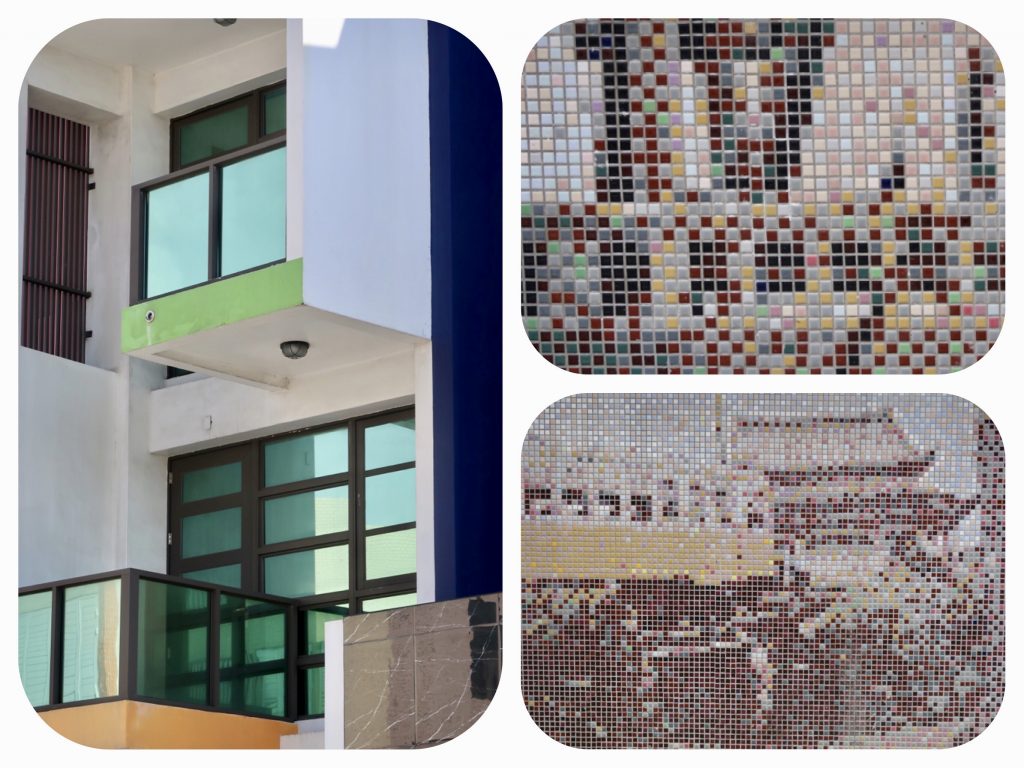 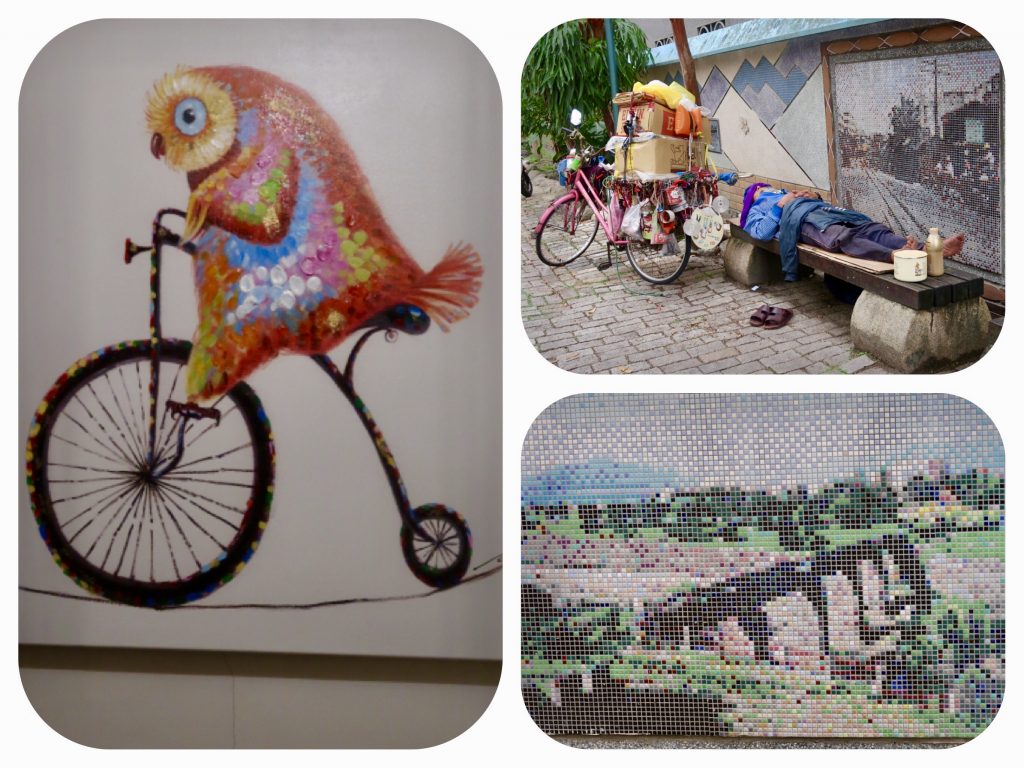 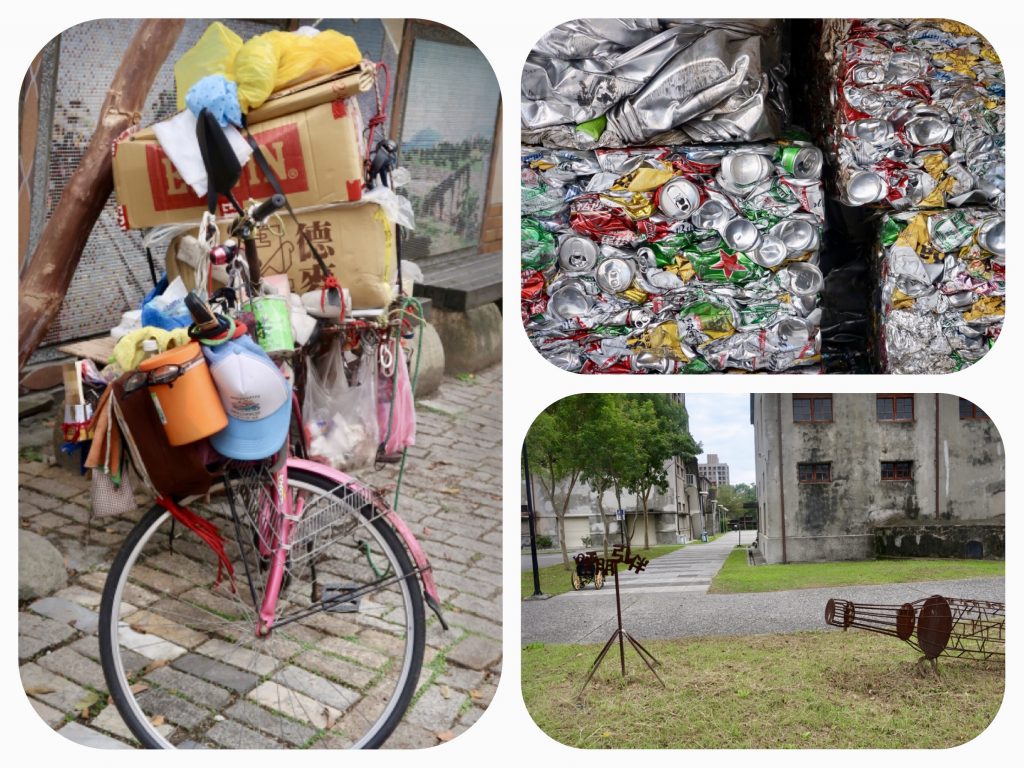 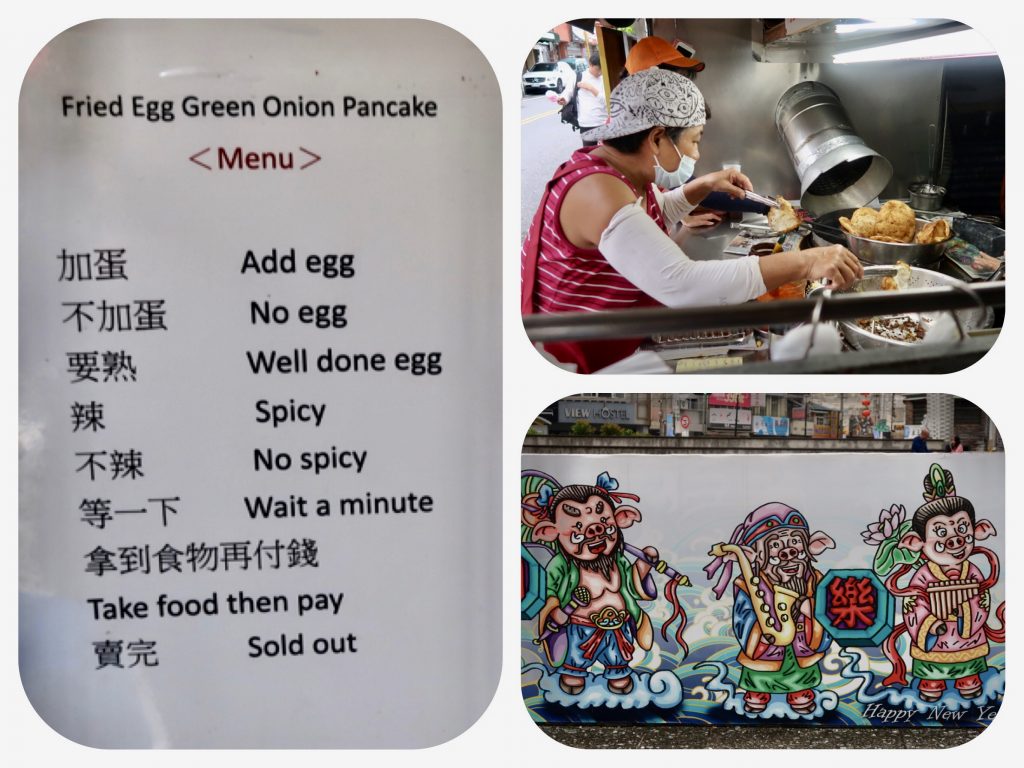 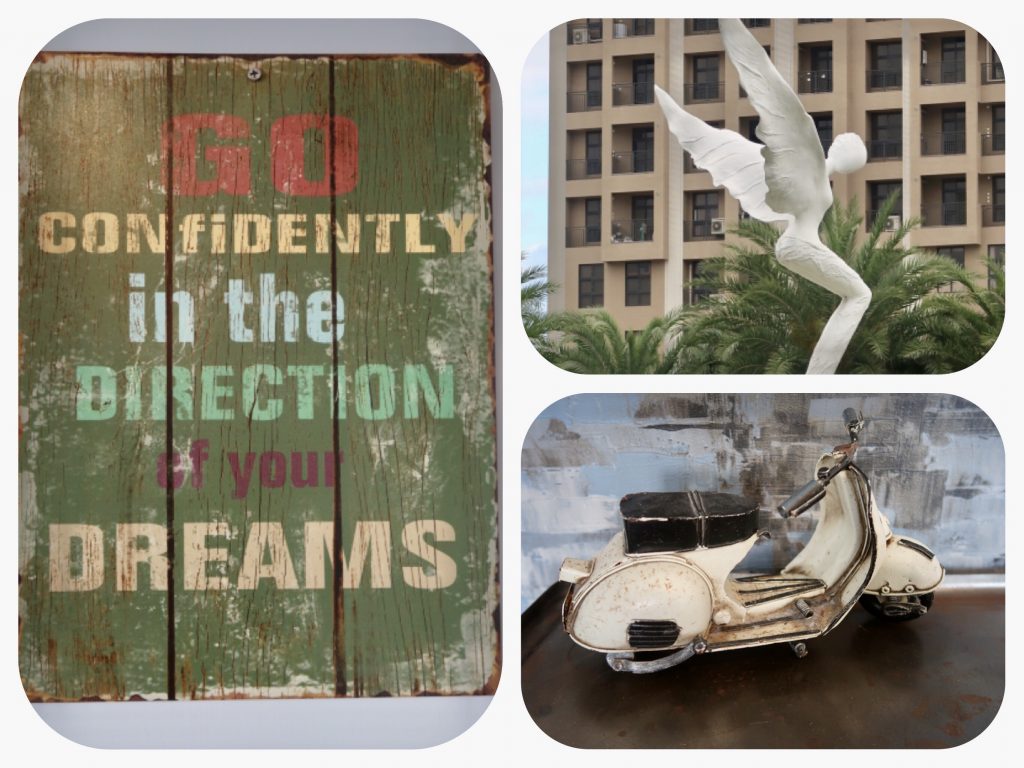 From Taroko, we took the hotel taxi back to Hualien.
Instead of going to the train station, the driver took us directly to the beachfront bed and breakfast we had booked.

This stretch of beach in Hualien is lined with small inns and new bed and breakfasts.
The beach has a new boardwalk that stretches for a few kilometers, allowing runners and walkers to exercise.

There is a new museum dedicated to art created from the special agate and marble stones that are local to this area.

Two old districts have been converted into shopping and art areas. One is the old train line that once cut through the town, and the other is an old brownstone factory that has been converted.

We arrived at our bed and breakfast early, and after checking into the lovely room, we left to walk around the city.
The bed and breakfast is owned by a young couple with a very good sense of design.
They have collected and filled their beach house with all sorts of memorabilia, from all radios, to old fans, to old toys and posters.

The city has lots of shops selling all sorts of souvenirs and famous Taiwanese sweets, cookies, and food.

We were not really hungry at lunchtime, so instead of eating lunch, we went to the big Starbucks in town and just drank tea.
I had an email from Wendy, who wrote to share the fabulous news that the last puppy we found by the road, Tung, had just gotten adopted.
She included a photo of the young man who adopted Tung.

I did a dance of joy at the Starbucks, attracting the attention of all the high school kids doing their homework there.
They smiled at us, as both Jules and I were almost crying with joy.

In the afternoon, we walked to a narrow street that was famous for food stalls offering fried scallion pancakes.
Two food trucks, one yellow and the other blue, were now converted into permanent food stalls.
Lines of people were waiting to place their orders.

It was a bit like the “Soup Nazi” from the famous sitcom, “Seinfeld,” except with really nice Taiwanese ladies, instead of an angry, scary cook.

But the idea was the same, meaning that you must know the rules and not M.I.D (make it difficult).
The rules are:
You stand patiently in line until you get to the front.
Then you say how many pieces of pancake you want.
Do you want it with a fried egg or not?
Do you want spicy sauce or not? Then you sit on a nearby bench or stand util your number is called.
You pay only when you collect your food.

The lines grew bigger after we arrived. Luxury cars drove up the narrow street, discharging their well-dressed passengers, who joined the queue.
The friendly lady at the truck helped us with placing our order and did not give us a number, since she knew we would not recognize the numbers when they were called.
We were advised to order the spicy pancakes, as they are not too spicy and more flavorful.
The pancakes were delicious, well worth the wait.

Across the street from these two very popular food trucks sprouted more shops, one selling handmade jewelry, another sweet desserts and another, a shop selling fresh lemonade made of green local lemons.
The lemonade man made us some interesting lemonade with a little honey instead of sugar, and fig seeds, which apparently have lots of health benefits.

The Hualien Night Market is located very near our guesthouse.
It is a big nightly event, offering mostly food and old-fashioned games.
It was well attended, but not too crowded on the night we were there.

There were so many food choices!
Some little shops and stalls had seating areas, where people can dine.
We tried some vegetarian dumplings, spicy Tofu fries, and grilled corn with sesame oil and salty soy sauce.

Later in the evening, it started raining hard, and we had brought no umbrellas with us.
We waited under cover until the rain eased and then we ran back to our guesthouse.

This is almost the end of our trip to Taiwan.
It feels so short….
Tomorrow we go back to Taipei and the next day we fly back to Denver.

With love and gratitude,
Tali

← Taroko National Park, Taiwan, And Our Hearts Rejoiced When Puppy Pei Was Adopted
Oh, You Who Is Nobly Born →