Taiwan Walk – Day 9 – From Taimali Township To Taitung City, Visiting Our Puppies, And The Fabulous News That Puppy Tai and Puppy Wan Were Adopted 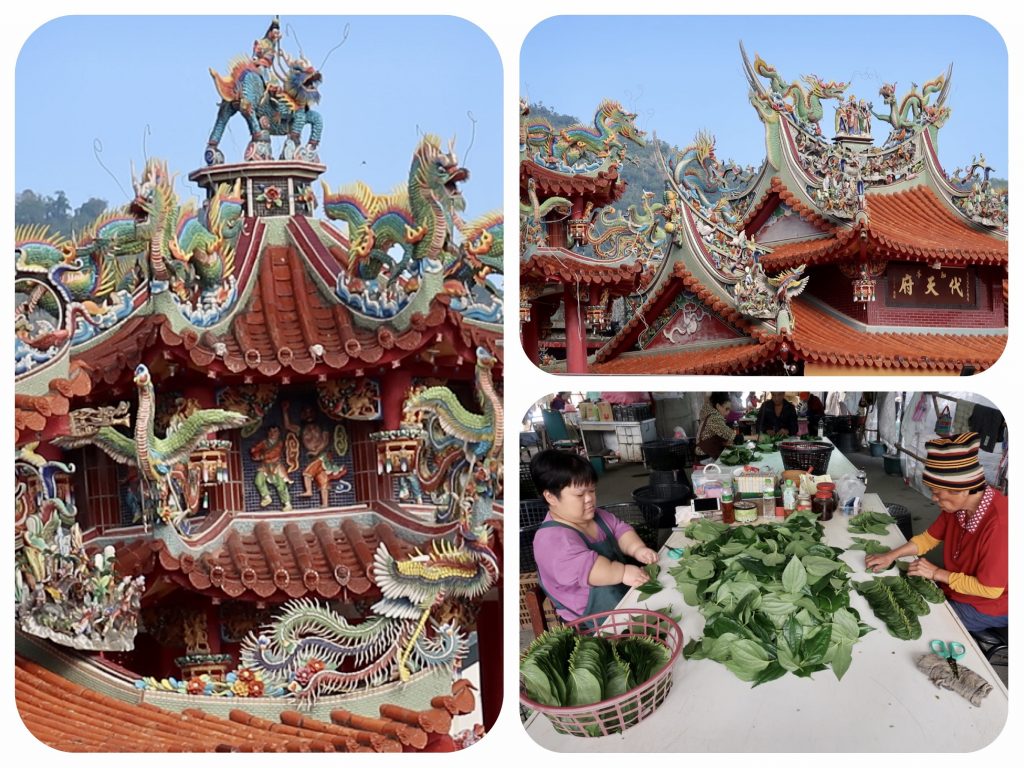 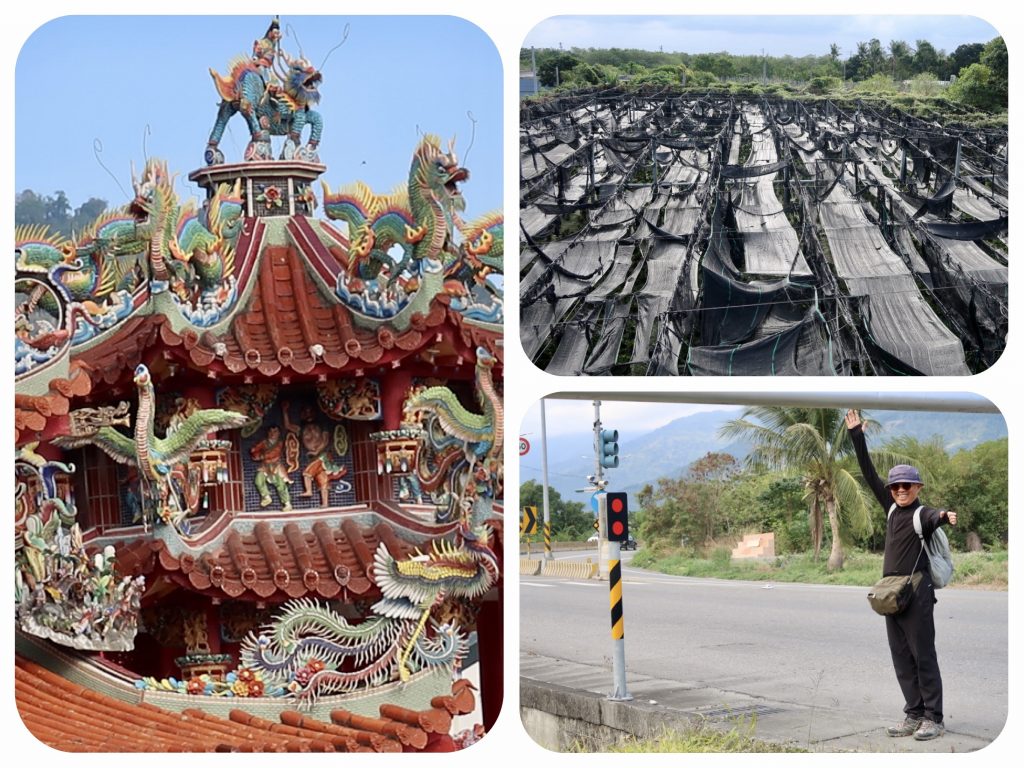 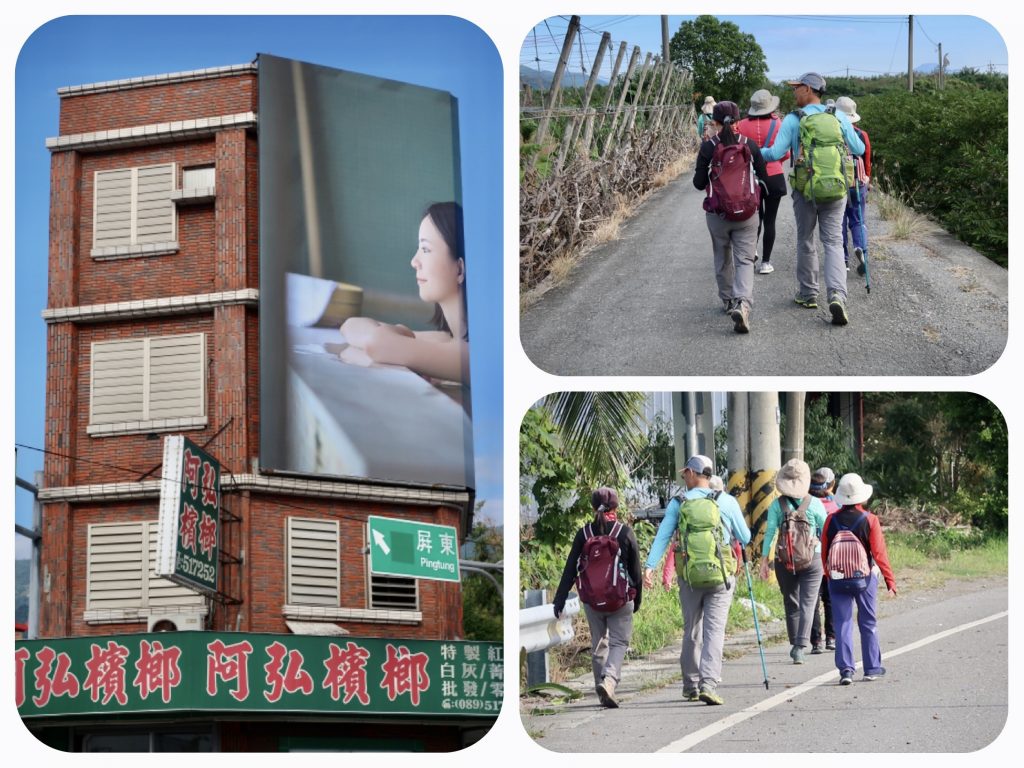 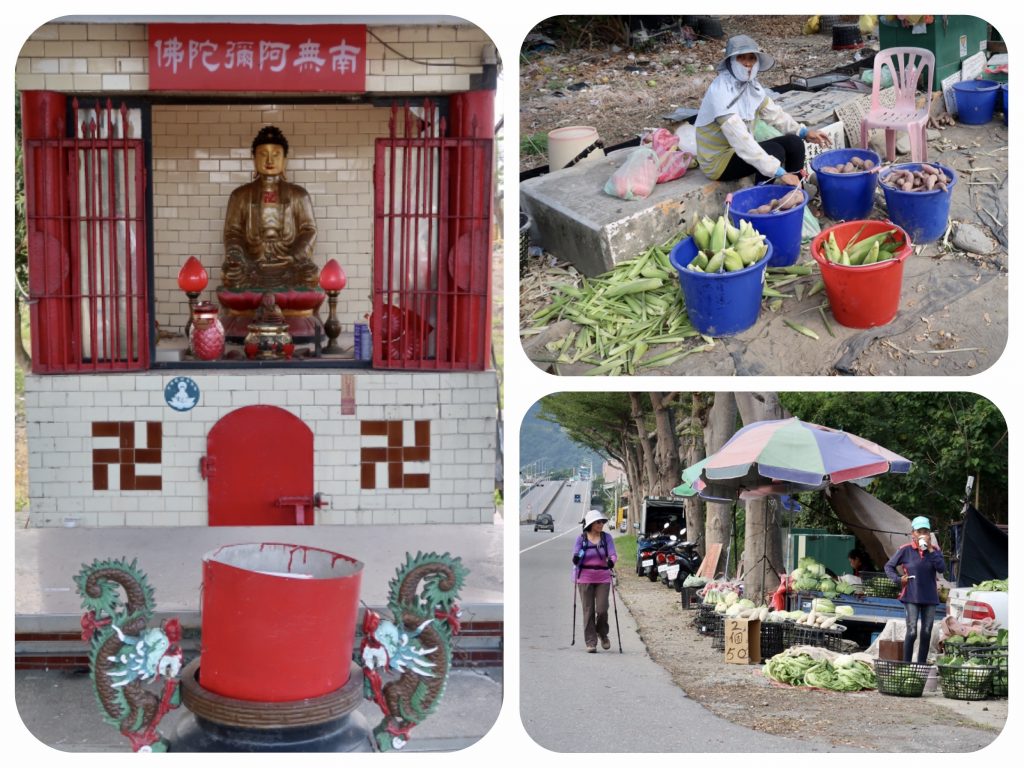 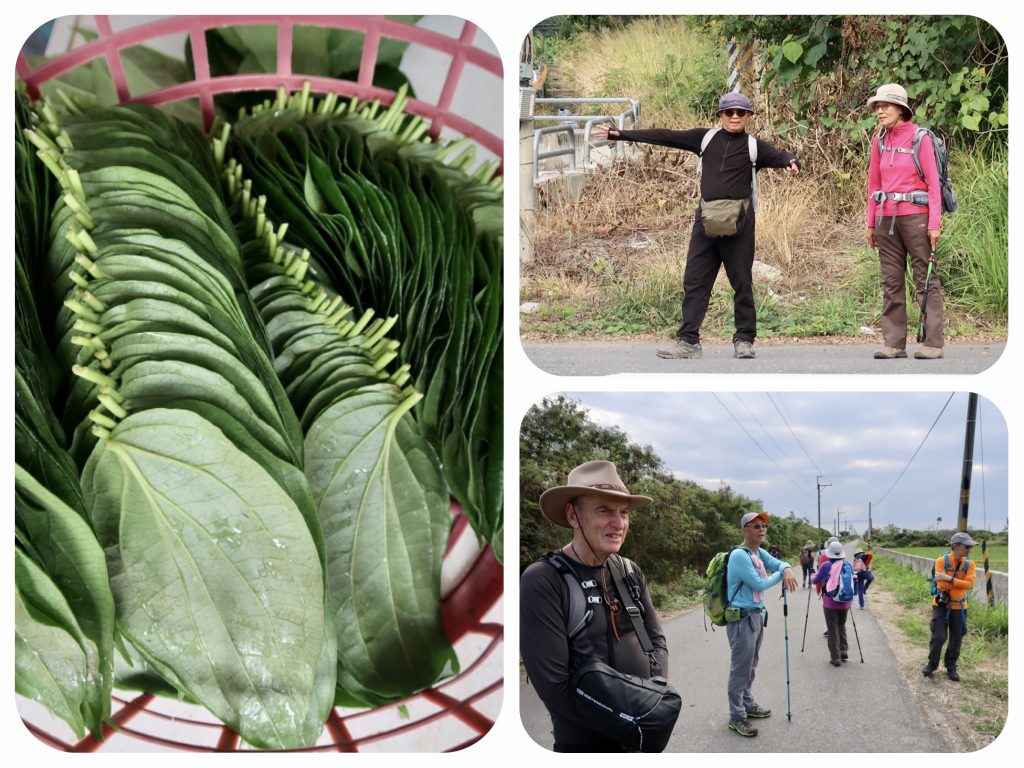 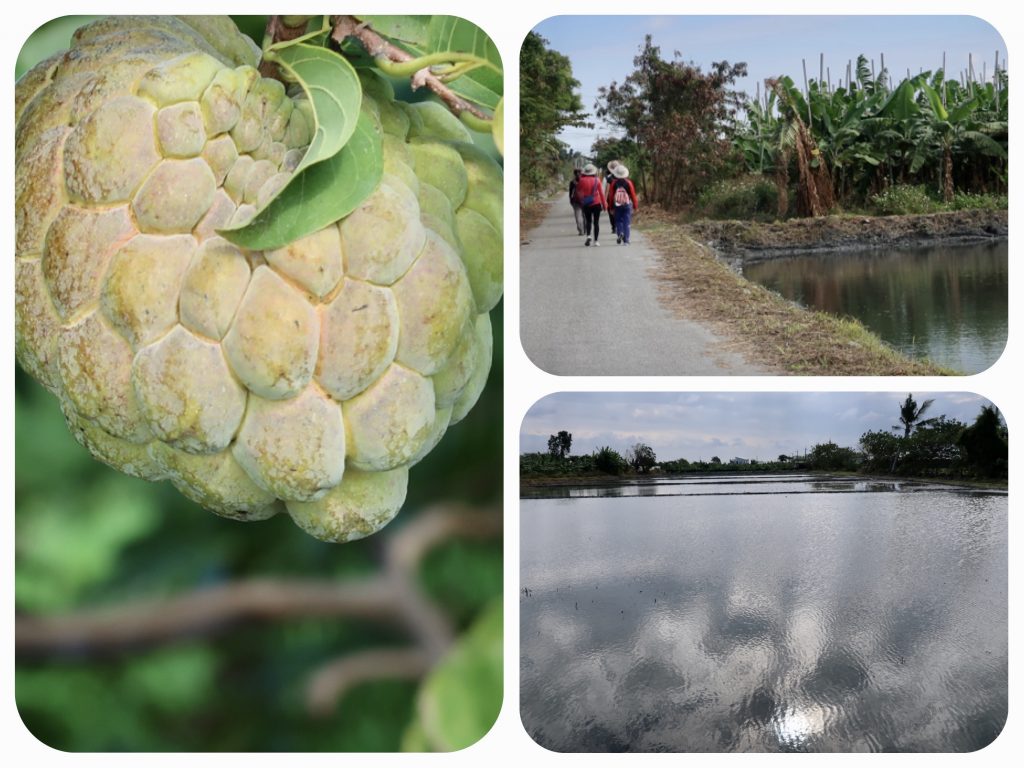 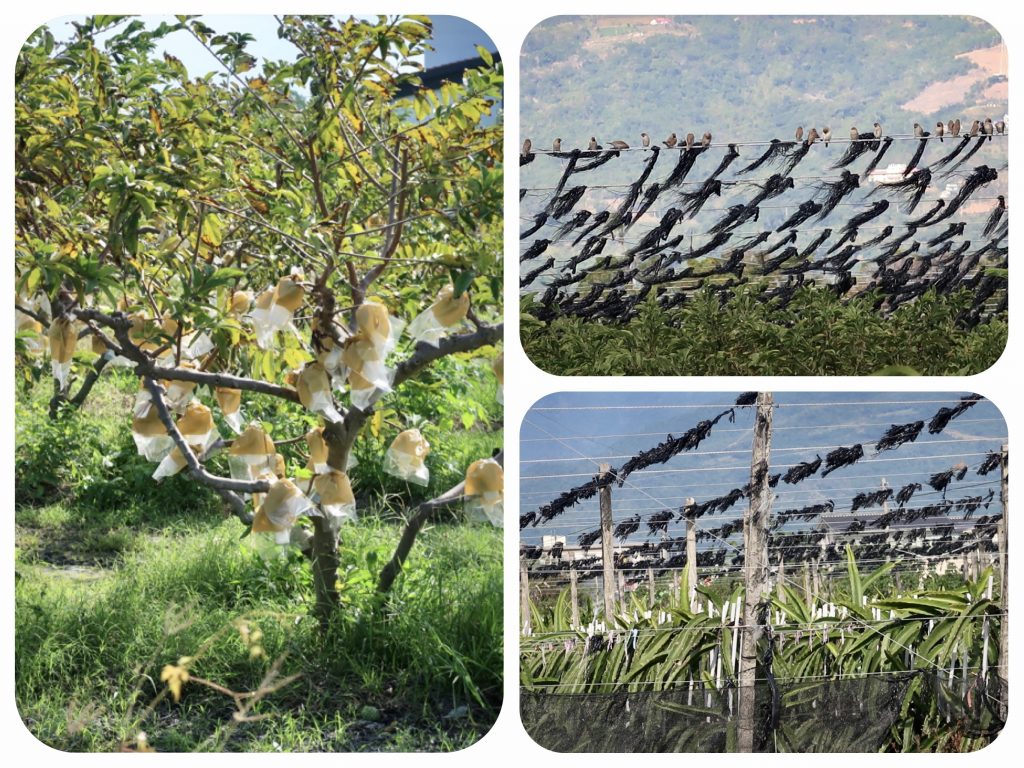 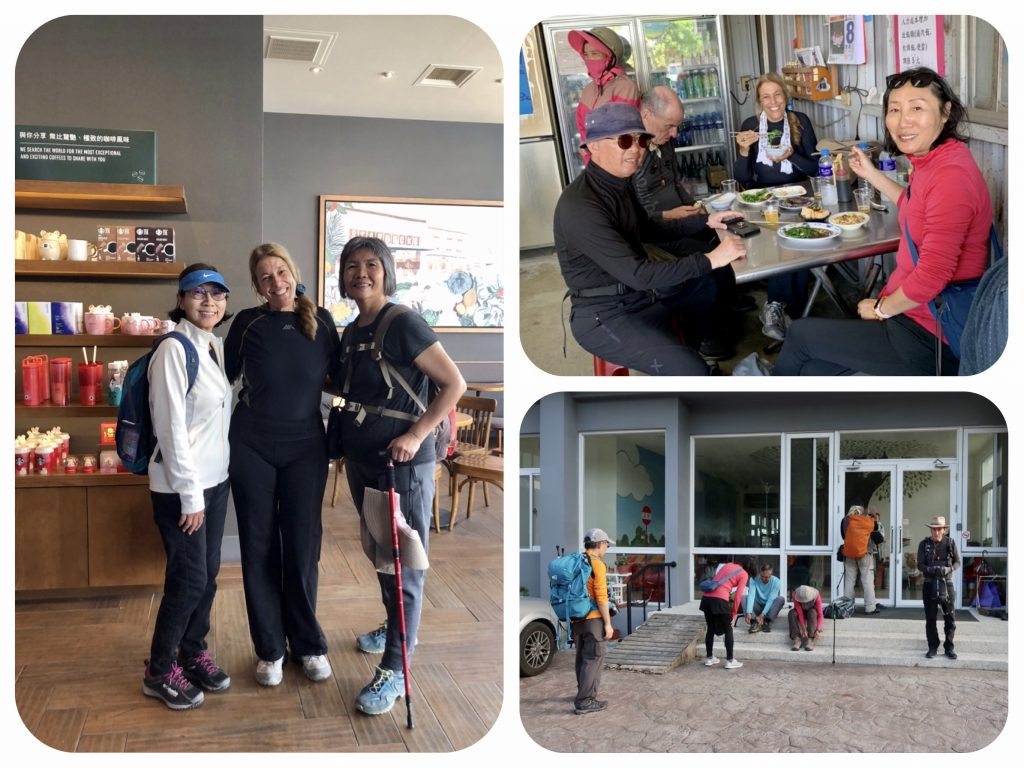 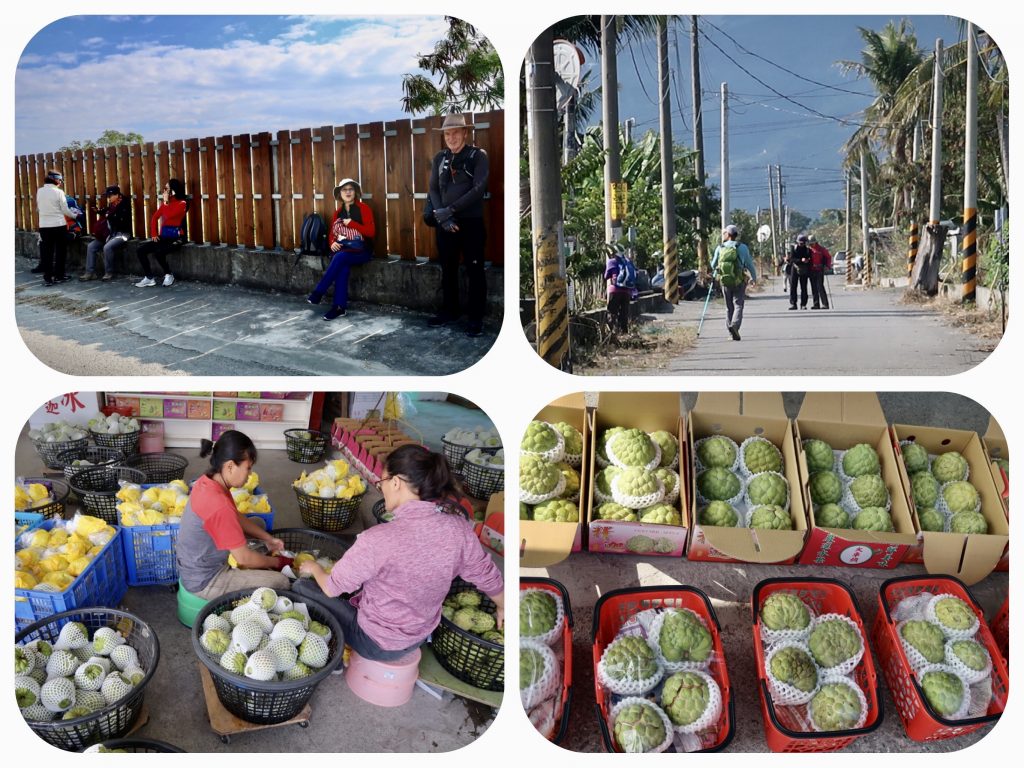 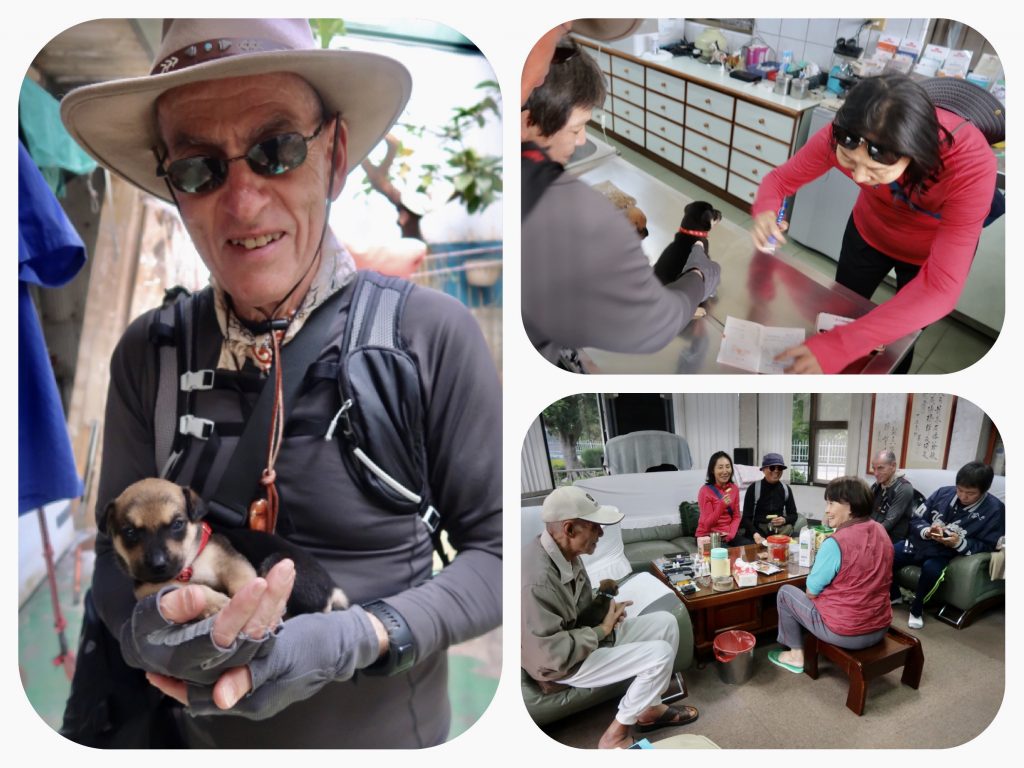 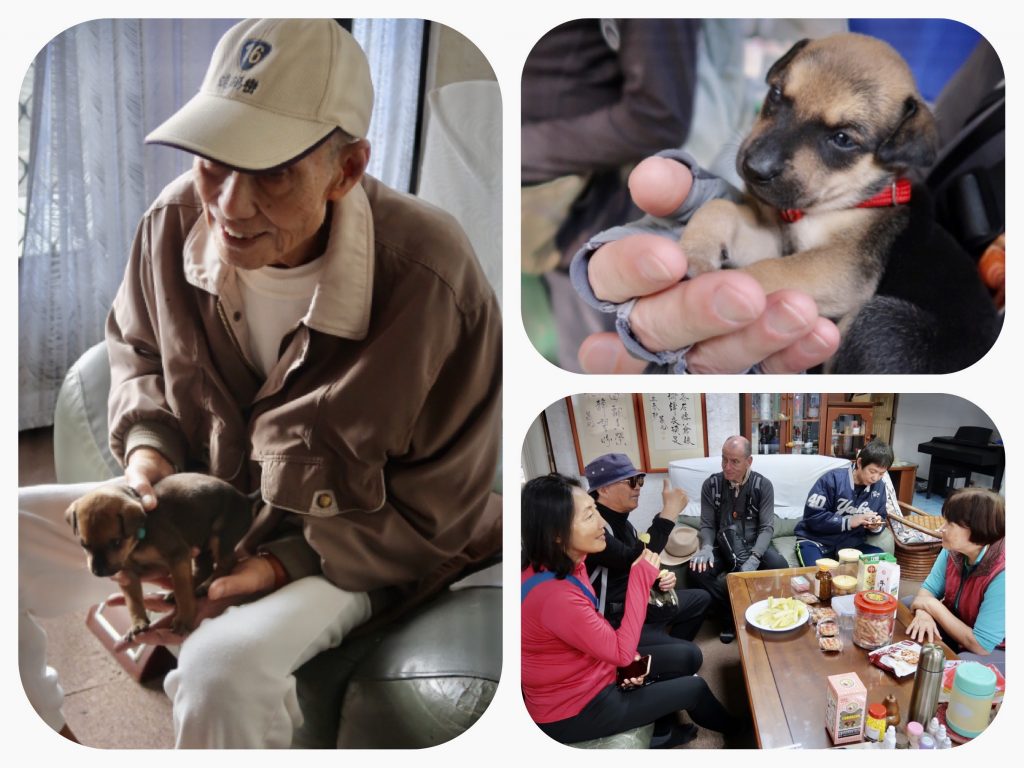 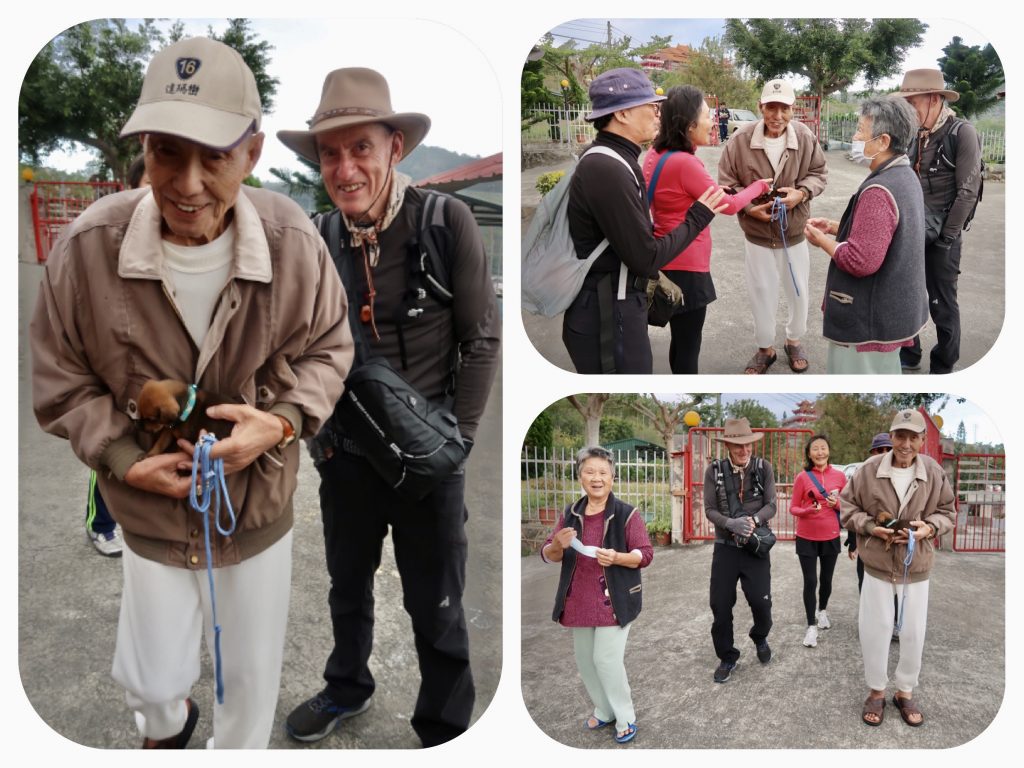 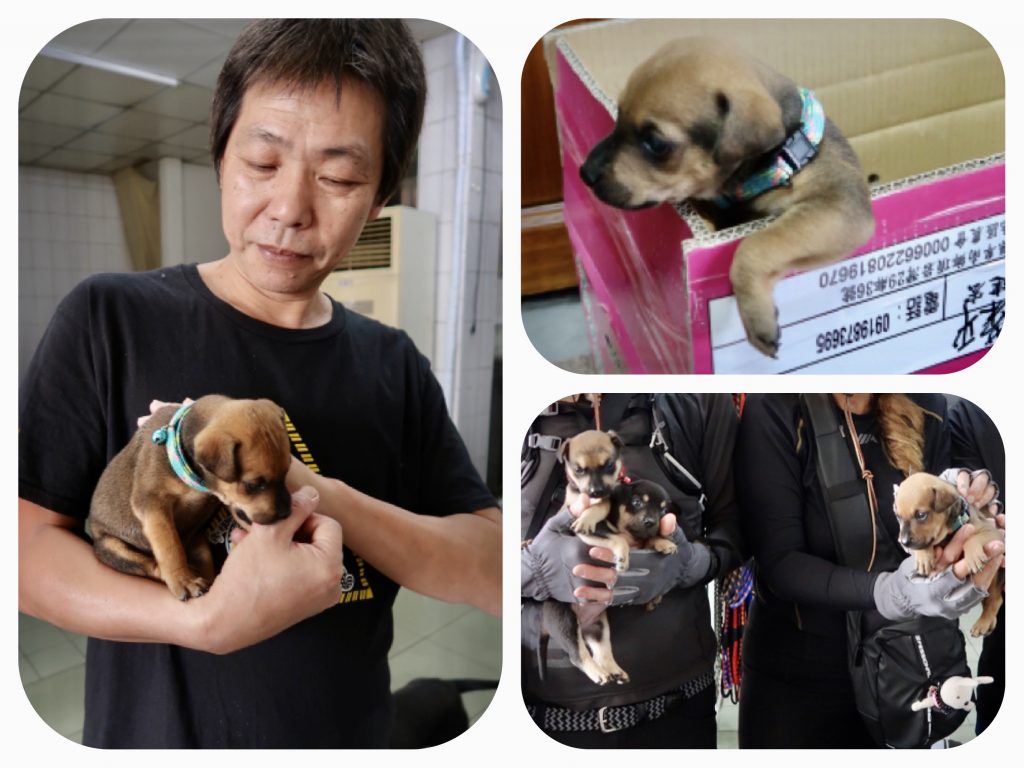 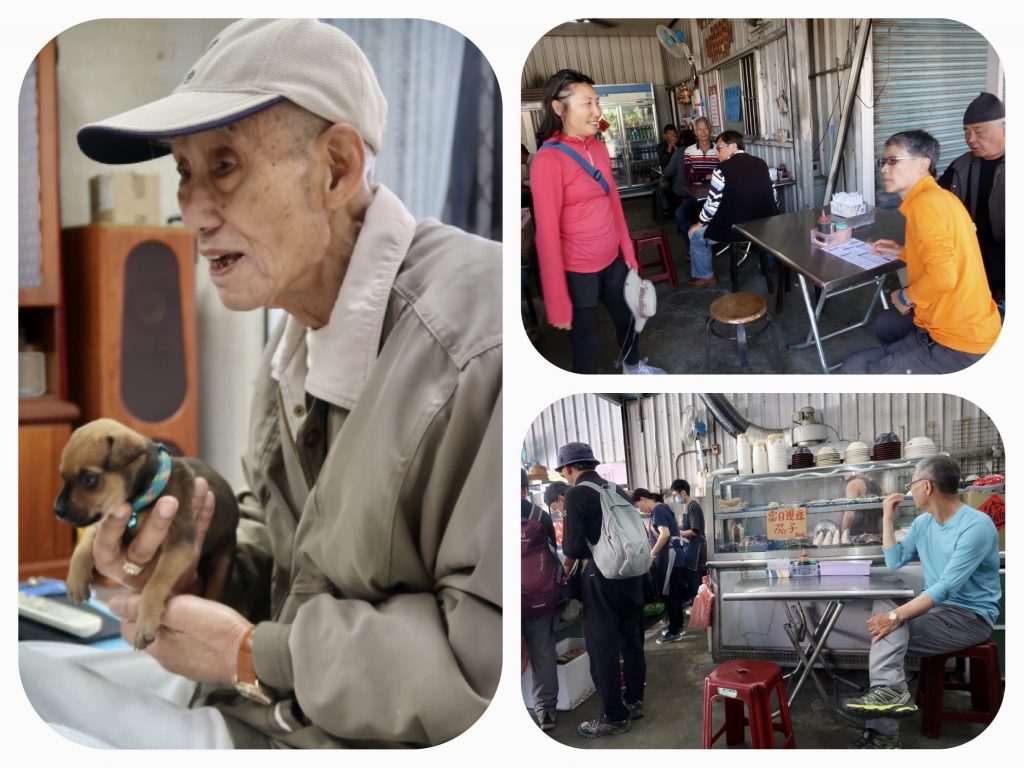 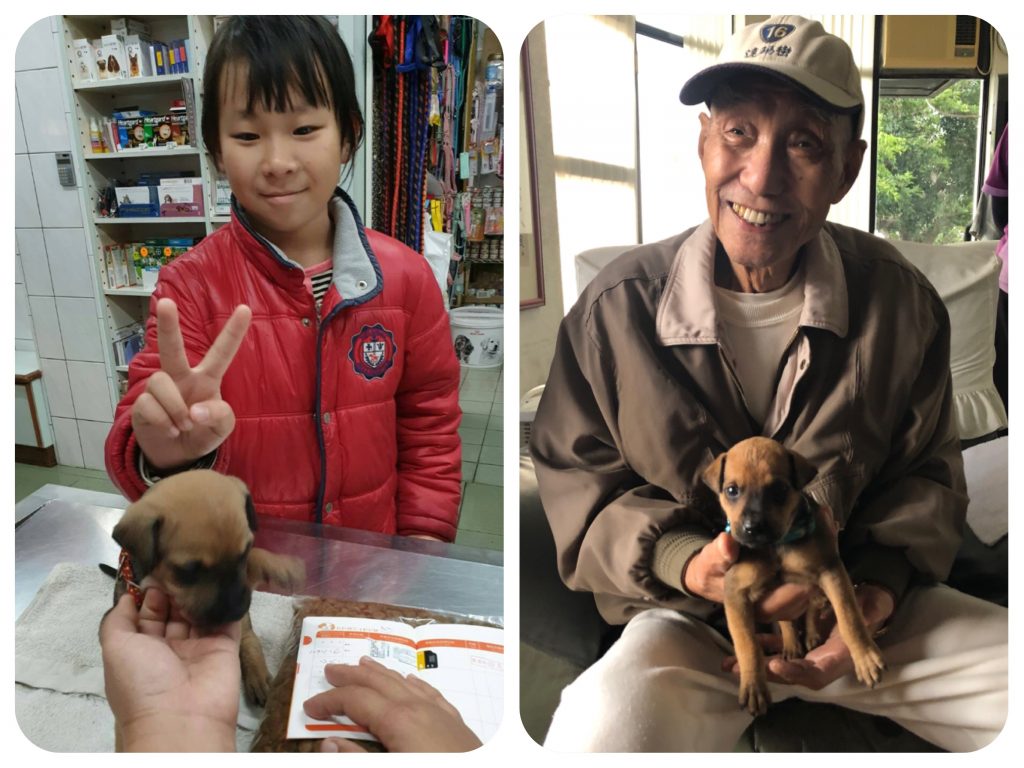 Taiwan Walk – Day 9 – From Taimali Township To Taitung City, Visiting Our Puppies, And The Fabulous News That Puppy Tai and Puppy Wan Were Adopted

I rested very well last night, and had a very interesting dream.
I dreamt that I was talking to a very old woman, and I could see her light energy body and aura.

Her aura glowed around her head, which had thin grey hair.
Suddenly she walked forwards, leaving behind her old dry form like an old peanut shell.
She was young and beautiful again.
I woke up feeling a sense of awe and happiness.

After breakfast in the guesthouse’s dining room, the tea Master, who spoke no English, approached me and gave me a package of the oolong tea I had enjoyed during our walk.
He gestured to me that it was a gift.
I thanked him and bowed in gratitude.

We separated our backpacks from the group’s, because this was the last day of the group walk.
This evening, the group would walk to the train station in Taitung city, and take the early evening train back to Taipei.

Jules and I have made plans to stay overnight in Taitung city, and the next day we will take the train to Hualien and then the hotel’s shuttle bus to Taroko National Park, where we will be staying at a Tribal hotel and exploring the Park.

We started walking, and Jules and I adjusted our pace in order to walk with the group.
I noticed that by walking slower than my normal pace, I was much less tired, and that our energies seemed to help those who were naturally slow walkers.

Walking for hours is something that one has to learn how to do.
After you adjust to walking and no longer get blisters or pains, it is very enjoyable indeed.

For one of the women in the group, this was only her third walk.
The first time, she walked only five kilometers a day.
The second time, she stretched to nine kilometers, and on this walk she had pushed herself to walk twelve kilometers a day.
She seemed to be struggling a bit, but she spoke no english so I was not able to offer her encouragement.

As we walked, I felt such deep love for everyone in the group.
My heart was filled with good wishes for all of them.

During our lunch, some members of the group said that they would join us and walk part of the way with us, when we return to Taiwan, to walk around the entire island.

We ate lunch at a popular local place.
Wendy and Joseph ordered for us some delicious vegetable dishes and a creamy tofu cooked in soy sauce.
The normal tofu, although it looked delicious, was cooked in a meat sauce.

After lunch, Wendy had the idea that since we would be walking through Taitung city where our four puppies were boarded in a veterinary clinic, that we should stop in to check on them.

She said that we should not call ahead and let them know we are coming, so we can see how they are being boarded without them making special arrangements for us.

Every day, Wendy’s daughters were posting on Facebook details and requests for people to adopt the puppies.
Wendy must have apologized five times, saying that she already has three dogs, or she would adopt one also.
Besides, Wendy and Joseph travel a lot, which is not an ideal condition for puppies who need attention, care and love.

But the clinic was closed for lunch until two in the afternoon, so we slowed our pace in order to arrive there by two.
The group stopped at a convenience store that had a cafe, and we all sat for a final chat.

From there the group continued to the train station, and Joseph and Wendy went with us to visit the puppies.
We spent another hour in a Starbucks that was along the way, and arrived at the clinic right after they had opened again.

The puppies were sleeping in a large cage outdoors.
I was happy to see them outdoors in the shade, and not in a cold room.
They woke up as soon as we arrived, and demanded that we pick them up and cuddle them.
They seemed to remember us and whimpered in joy and excitement.
They did not seem to be hungry nor thirsty and it was a happy reunion.

The only question we had was “Where is Tai?”
There were only three cute puppies for us to hug.
We were told that Tai was adopted yesterday.
The man who adopted Tai is a pilot and he got Tai for his daughter.
They showed us the photo of the little girl who had adopted Tai.

We all were so happy to hear that Tai now had a family that will love her.
Then we were told that Wan was being adopted today!
We were beyond delighted to hear that.
All the puppies were vaccinated, each with his or her own vaccination card with a stamp in it.

Wendy told the doctor and the assistants that she wants all the puppies adopted quickly.
She said that they do not have to give her any money back, although she paid upfront for three months of boarding for the four puppies.
They can keep the money, even if all the puppies get adopted tomorrow.

As we were cuddling our puppies and talking, a man came to adopt Wan.
We all gathered around him in gratitude.
He said that he is just a friend, picking up the puppy for the family that wants to adopt Wan.
The doctor’s assistant gave him a package of dog food and explained that he needs to eat four times per day.
She also said that Wan had to be checked and vaccinated once per year and gave Wan’s vaccination card to the young man.
I wrote my email in the vaccination card, with the hope they will email me photos of Wan as he grows up.

When the man saw how much we cared for Wan, he suggested that he drive us to the hills where the family’s house is located, so we can meet the family.
He would return us to the city after our visit.

We all agreed heartily and piled into his car.
I was holding Wan, hugging and soothing him since he just gotten a tiny chip inserted into the back of his neck.
This chip which contains his information, is a way to identify and track him in case he is lost.
It did not seem to bother him and he was sleeping on and off in my arms, as we drove out of town.

In the car, the man explained that Wan will be company for a ninety six year old man.
The man and his wife greeted us by the gate.
They welcomed us to their home and served us cookies and a delicious star fruit which they grew in their garden.

They even offered to pay us, to buy Wan from us.
We explained that we wanted no money, just to see where he would grow up and live.
The old man said that he has been raising dogs for the past eighty years, and so he knows lots about dogs.
We left Wan in his hands and thanked them again.

We asked how they had found out about the puppies, and were told they saw them on Facebook, which is also how Tai was found and adopted.
Wendy’s daughters, who are animal lovers, did a great job posting on Facebook to get the puppies adopted.

Finally it was time to leave, and I hugged Wan one last time, before the man drove us back to the city.
It was too late to continue walking, so he dropped us by our hotel, where we hugged Wendy and Joseph and said our goodbyes.

It has been a privilege to walk with them, and I knew that I will miss them.

I also focused a ray of light and love around the two other puppies, with the hope that Pei and Tung will also be adopted soon.

With love to you,
Tali