A Great Day In The Hot Springs Onsen Of Wulai, Our Last Day In Taipei, And A Bit About Helena Rubinstein 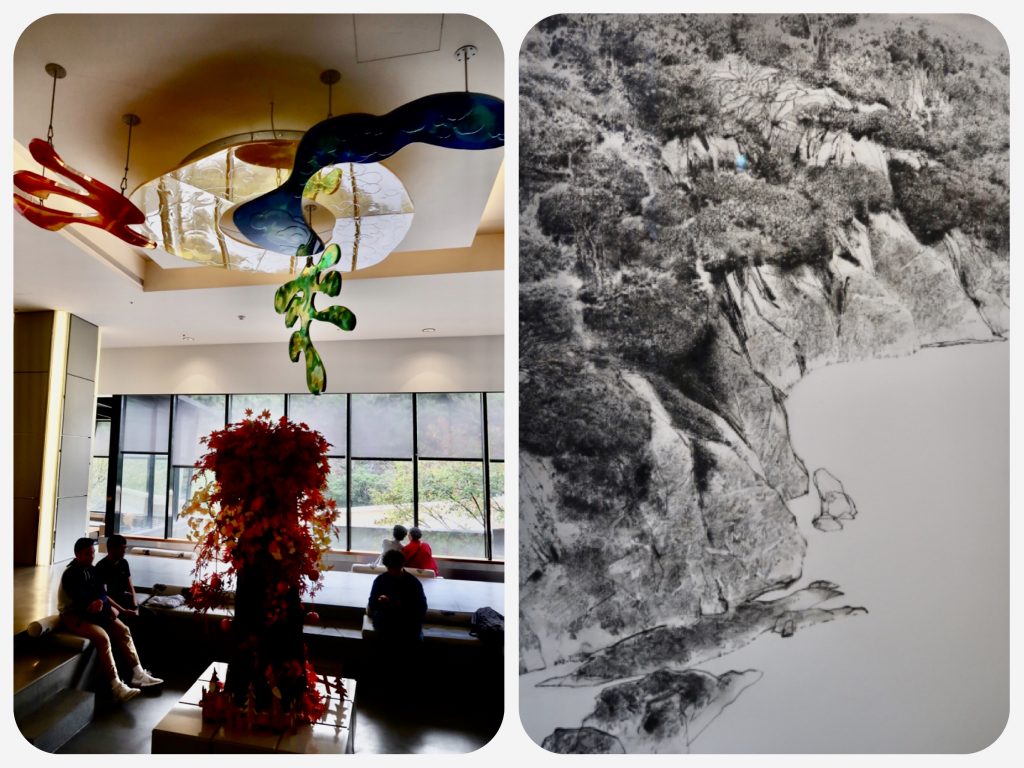 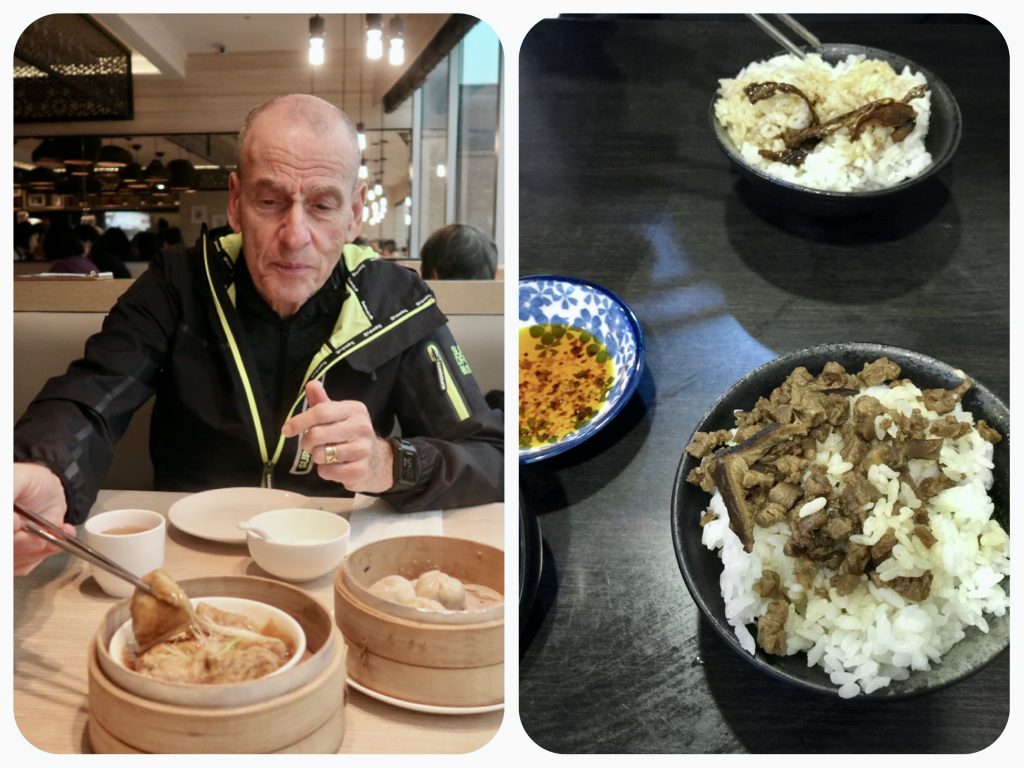 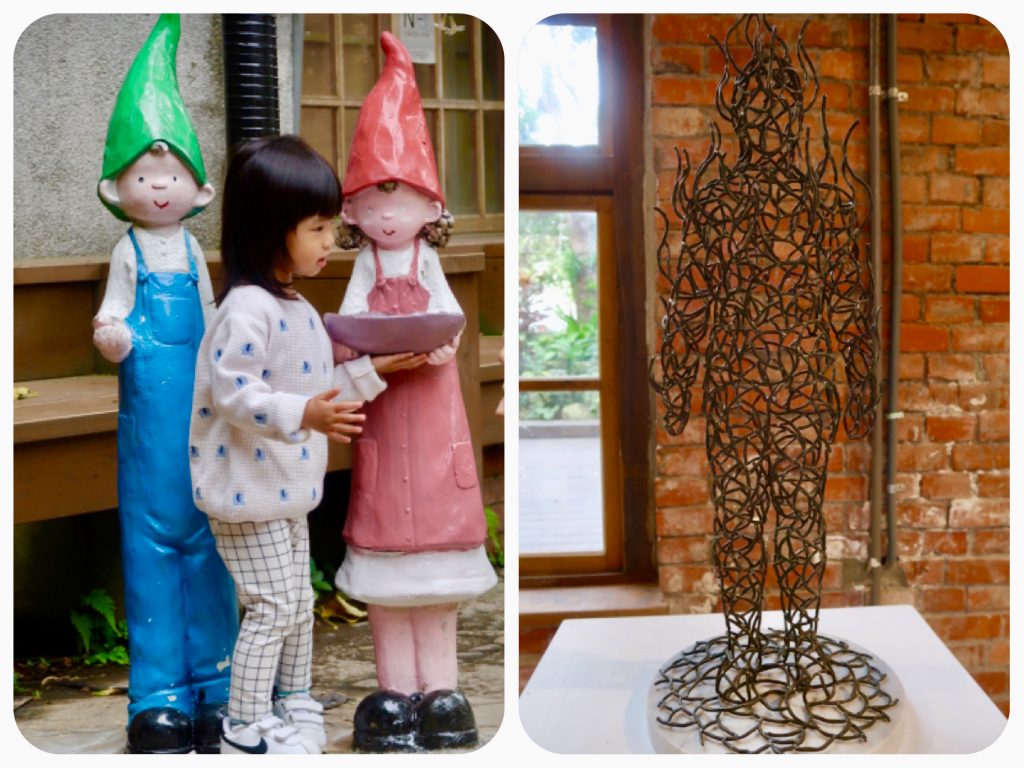 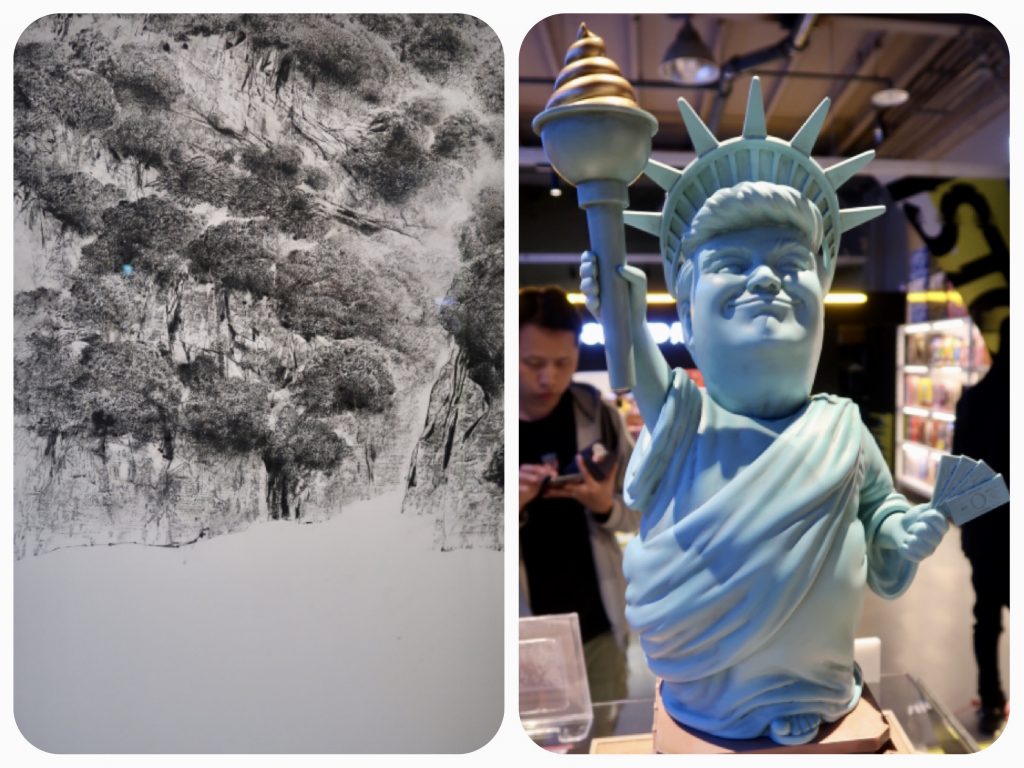 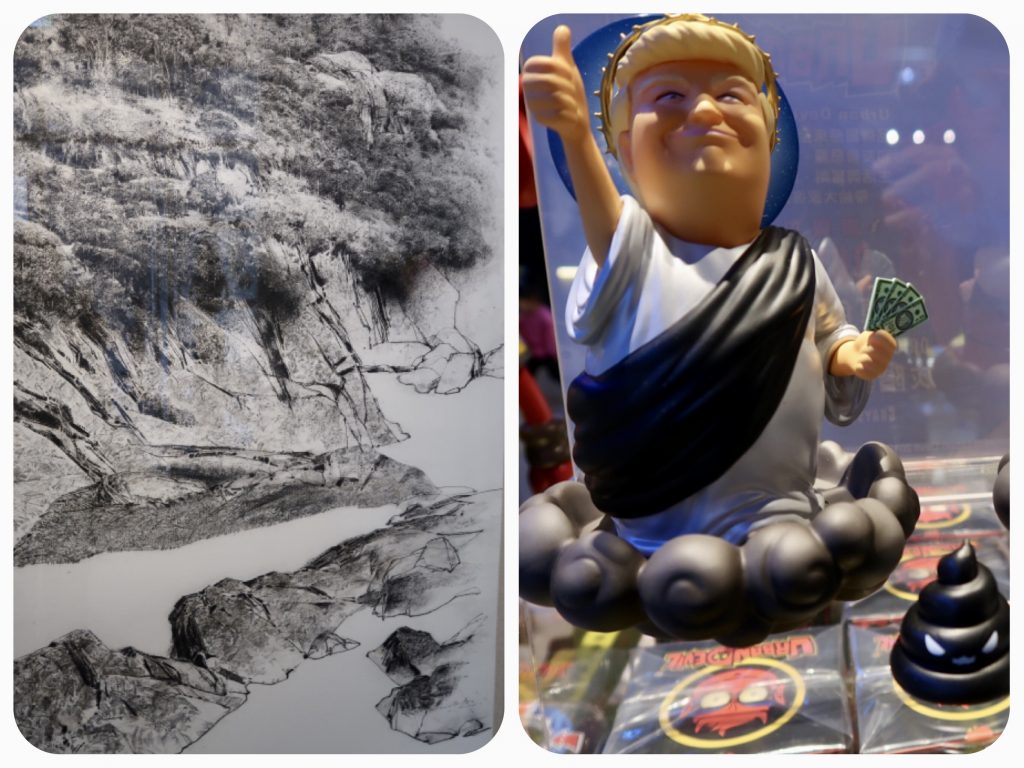 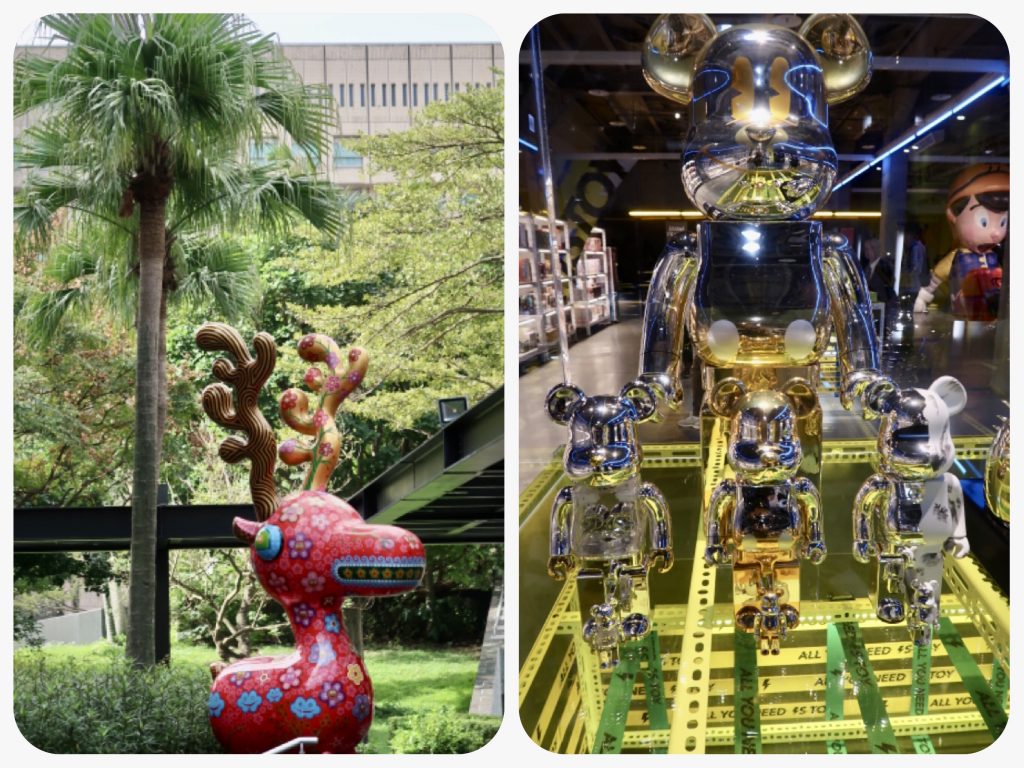 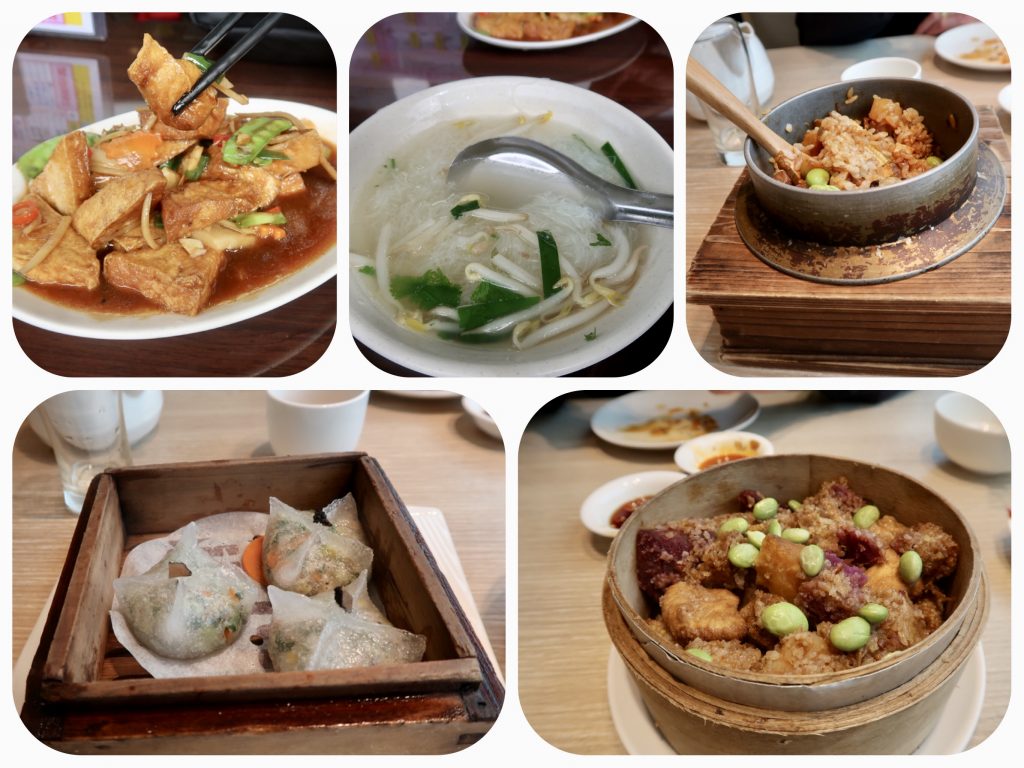 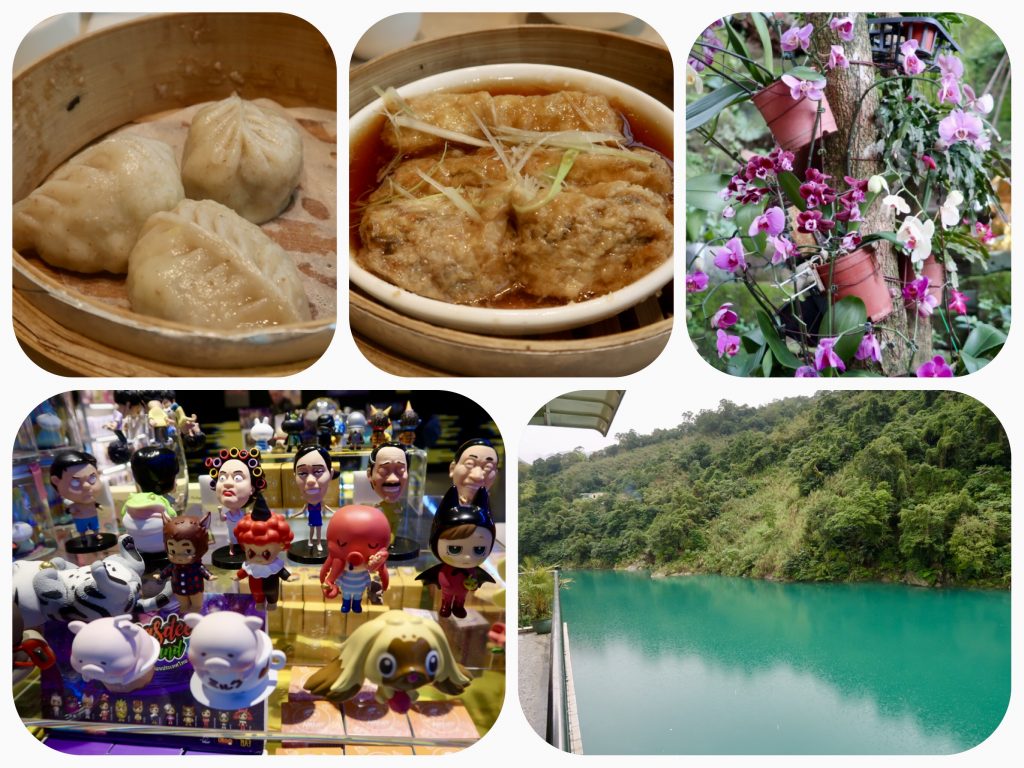 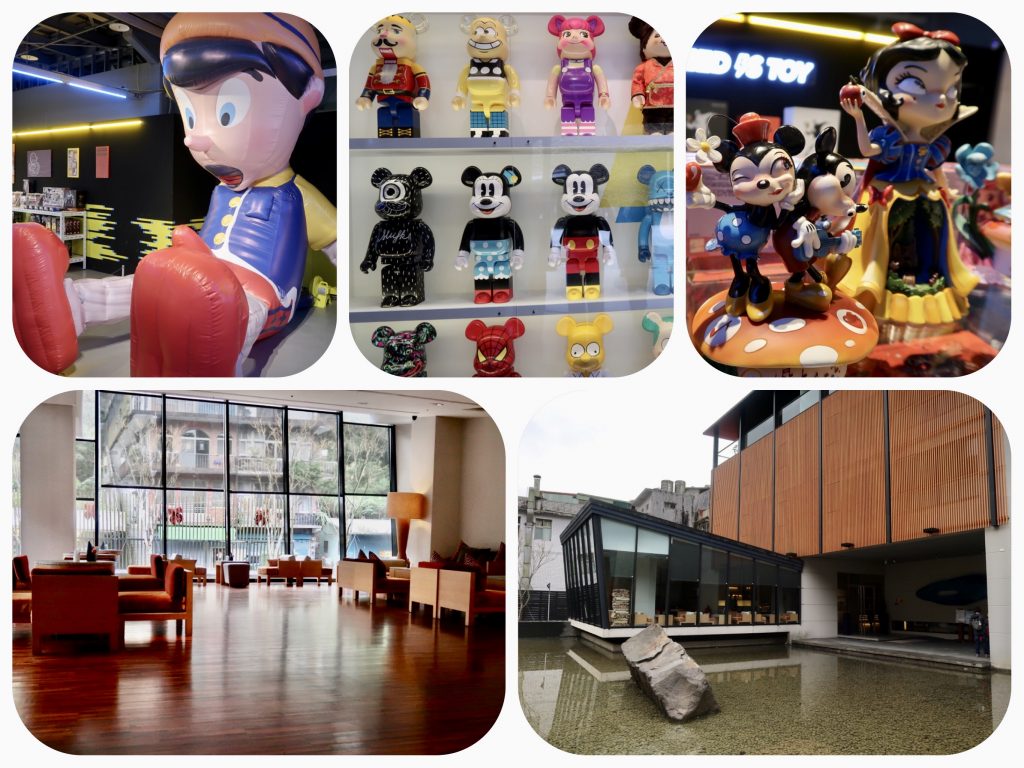 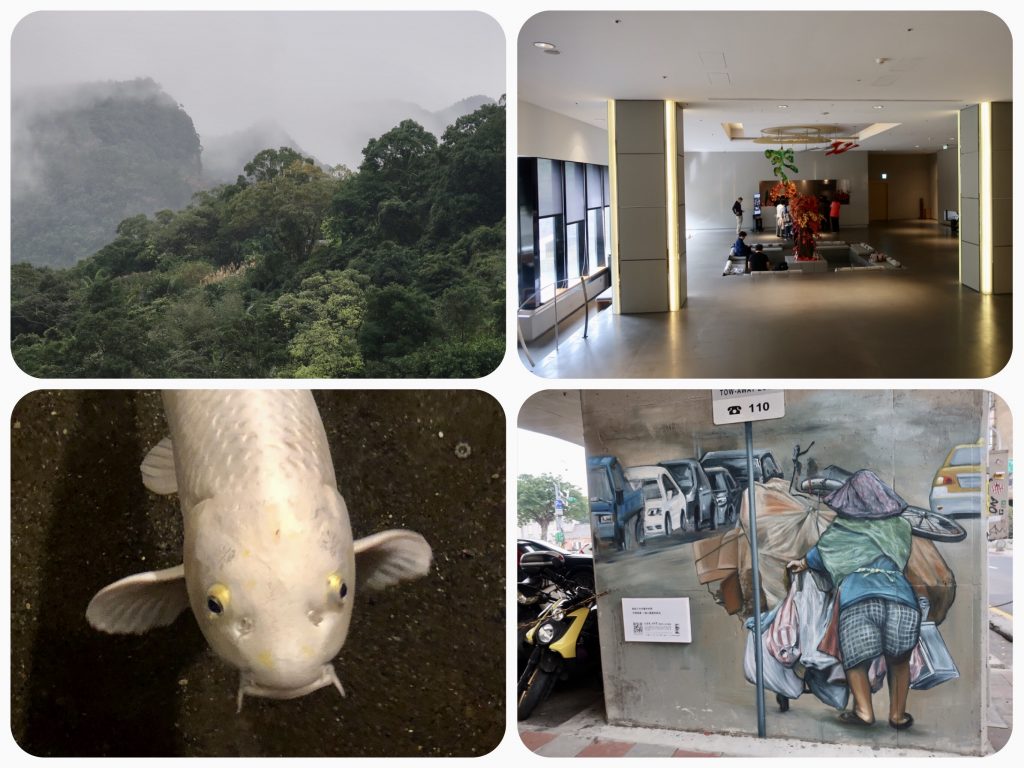 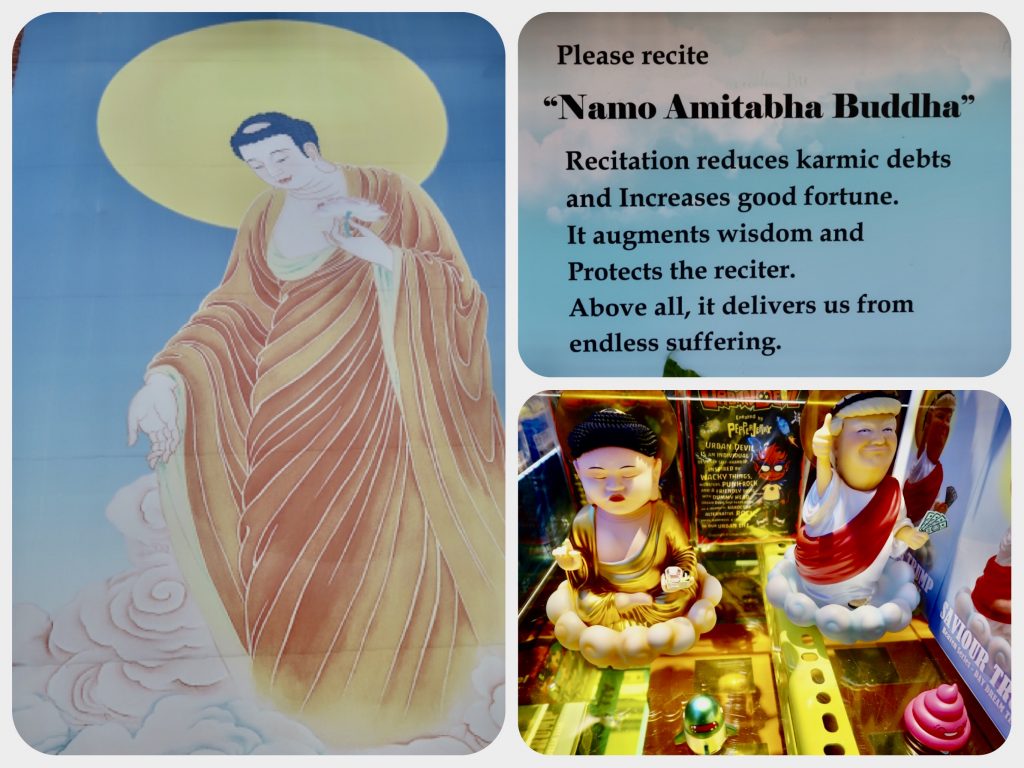 A Great Day In The Hot Springs Onsen Of Wulai, Our Last Day In Taipei, And A Bit About Helena Rubinstein

Tomorrow we have an early morning flight from Taipei to Hualien, where we will start our walk down the East Coast of Taiwan.

Our friends Wendy and Joseph suggested that we spend our last day in Taipei, enjoying a soak in the elegant hot springs mountain of Wulai, have lunch by the river, a dinner and a sleepover at their home and then catch the early morning flight to Hualien.

In Wulai, we ate a tasty fresh meal in a local eatery overlooking the river.
Then we walked over to the Pause Landis Resort and checked into their hot springs.
Wendy and Joseph buy entry tickets for the year, and come every Monday when they are in Taiwan.

I told Jules that we should also try to establish a similar healthy routine, in the few months per year when we are at home.
We tend to choose our activities by the weather, and even though we live by a hot springs in Colorado, often many months go by and we do not visit.

Men and women bathe separately, which means that one can bathe naked and not wear a bathing suit.
I much prefer bathing naked, which is not available in our Colorado Glenwood Springs.

This Onsen is clean and elegant.
There was unlimited herbal tea and mineral water to replenish ourselves and hot springs pools of different temperature.

The trick is not to stay too long in the hot springs at one seating, but to get in and out many times, resting on the lounge chairs to cool off between soaking.

The steam room had a wooden bucket full of coarse salt, to scrub your skin and then shower it off, to get rid of dead skin all over the body.

In Onsens in Japan, there is always a smaller cold water pool, which I never used before.
Here in Wulai, the cold water pool was beside the hottest pool of 44 degrees Celsius.

Both pools felt nearly impossible to soak in.
The hot one was too hot to stay more than a few minutes, and the cold one felt freezing cold.

Wendy explained that there is a trick to using these pools in order to enjoy their benefit.
You enter the hit pool slowly, and do not move while you are inside.
This makes staying in the very hot water feels much less hot.
You only stay for bout four or five minutes, trying to be still as a Buddha in deep meditation.

Then your enter the cold pool quickly while your body is still very hot, and also do not move while you stay in the cold pool.
This will make soaking in the cold water feel less cold.
Do not allow your body temperature to drop too much.
Stay only until the heat from the hot pool dissipate from your body.
This will take about two minutes and it is time to take a break.
Repeat this cycle three or four times for maximum benefit.

The three hours we spent in the hot springs passed by too quickly or me.
I could have stayed much longer and enjoyed every minute of our stay there.

After we finished soaking, we salt scrubbed in the steam room, showered and dried up in the dry sauna.
Then while we were drying up, Wendy put on both our faces a toner and then a hydrating cleansing face mask, and we left it on while drying our hairs.

After ten minuets we took off our masks and put on some facial cream and massaged our face muscles.
I remarked to Wendy that the skin of our bodies and faces were glowing.

Wendy said:
“There is a saying that there is no ugly woman, only a LAZY woman who does not take the time to take care of herself.”

This quote is actually attributed to Helena Rubinstein, who started the modern cosmetics industry at the dawn of the 20th century, single-handedly building a billion-dollar business empire.

Helena Rubinstein was actually echoing an older, Russian saying, encouraging the women who bought her products, to believe that a good beauty routine can lead to a lovely skin complexion.

Her message was that beauty could be earned by anyone with similar discipline, and that beauty is not in the shape of a nose or cheekbones, but by glow and self care and love.

But she was harshly criticized for promoting the idea that beauty could be bought – preferably from her.
An idea that made her the richest woman in the world at that time.

In my opinion, this criticism was unfair.
Helena Rubinstein was born in the poverty-stricken Jewish quarter of Krakow, Poland, in 1872.
Her father Hertzel, was a shopkeeper with no head for business.
He was always in debt and her mother Gitel could see that there would be no dowry for her eight daughters.

Helena’s mother made homemade creams for her daughters, a d insisted they brush their hair a hundred times per day.

Helena escaped an arranged marriage with an elderly widower who agreed to marry her without a dowery, and took the boat to Australia.

Despite moving to a more progressive country, a woman in Australia could not get a loan nor establish a business of her own at that time.
A pharmacist friend gave Helena a break and she produced her mother’s facial creams.

Finally Frederick Sheppard Grimwade, the president of a pharmaceutical company, sponsored Helena’s successful application for Australian citizenship, and also let her use his laboratory to manufacture her first commercial creams.

With the packaging, a pot of cream cost a little under a shilling to produce.
Thompson suggested that she sell it at a 150 per cent mark-up.

Helena, however, disagreed:
“Women won’t buy anything that cheap,” she declared.

“When it comes to improving their appearance they need to have the impression they’re treating themselves to something exceptional.
Let’s see… let’s sell it at seven shilling, (a seven hundred precent markup.)”

The men were astonished and thought her business was doomed
But far from being doomed, Helena’s creams became a major global success.
She had successfully spread to London, Paris and New York, working with her sisters to create a global successful brand.

The list of the exotic ingredients of the creams, was held in secret for the last 70 years.
It was believed to include an oriental almond essence, mysterious European herbs and extract of Carpathian conifer bark.

But upon her death and in her own handwriting, her recipe said: vegetable oil, mineral oil and wax.
And that was all.

That evening I spoke with my friend Wendy who also loves to walk long distances, about our pilgrimage packing routine.
Without speaking about the story of Helena Rubinstein, Wendy told me that she does not pack a big toiletry bag like I do.

“I take only Vaseline.
I use it to clean my face after a long dusty day of walking, I use it as a moisturizer and if my feet are achy, I use it to rub my feet as well.”

After our soak in the hot springs, we went to Joseph and Wendy’s home.
Situated in a scenic hill by a lake, the house is spacious with four stories and great big windows.
All the rooms are very spacious and designed with exotic woods and stone.

We met Wendy’s mother who lives with them on her own floor of the house.
She is an avid photographer, traveling the world with her group of photographers friends, taking beautiful photos which she display in her living room lounge.
We admired the quality of the light and composition of her photos.

Dinner was a fabulous feast of Taiwanese dishes, prepared by their fabulous house keeper who has a real touch for cooking healthy delicious dishes.

We went to bed early, knowing that we have to catch the early morning flight.

Relax
Release
Replenish
Renew
And above all, Rejoiced.

It was a great day and I am eternally grateful….

← Visiting Yehliu Geopark, A Lunch By The Sea, and the Beautiful Mountain Village of Jiufen, Taiwan
Taiwan Walk – Day 1 – Hualien To Fengbin Township →