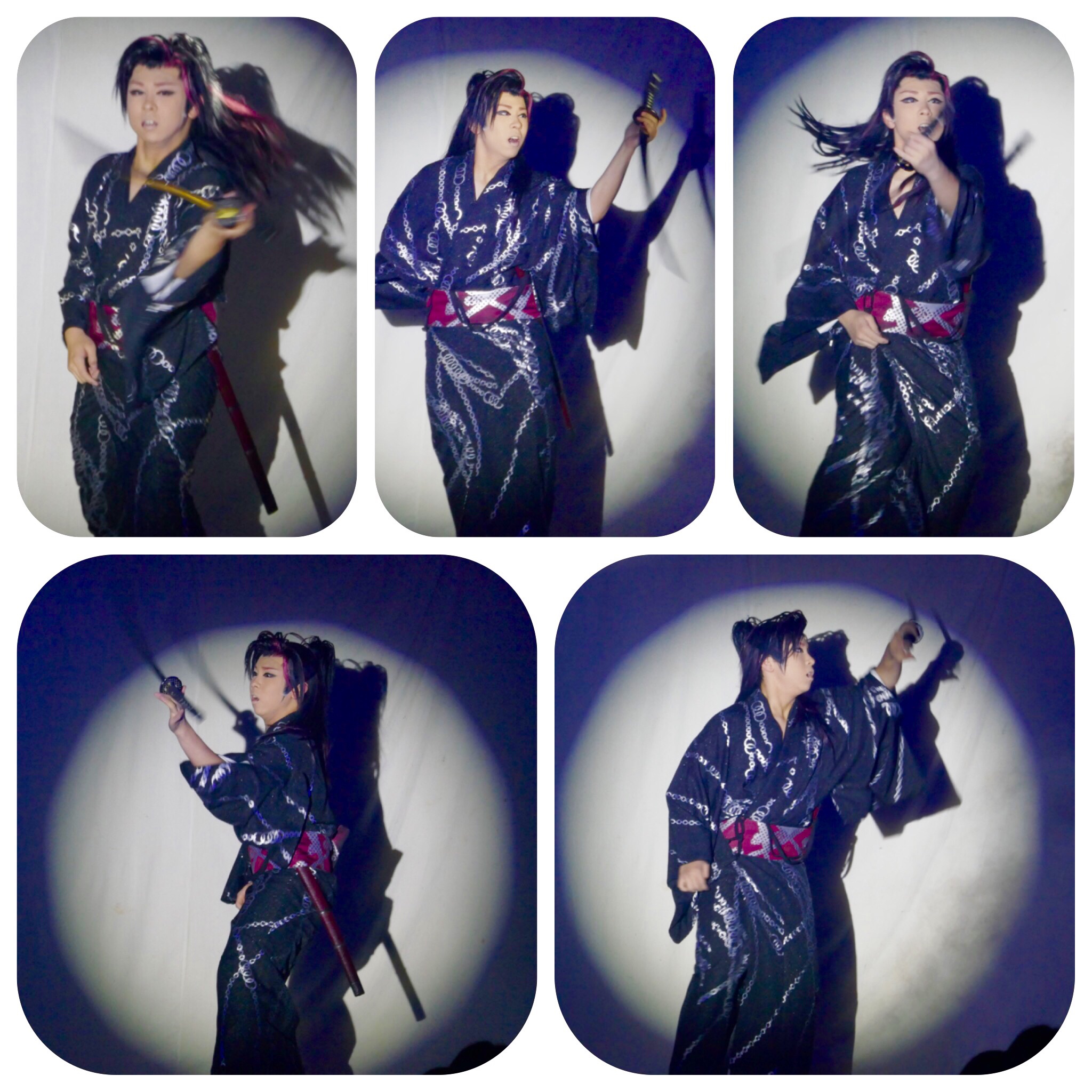 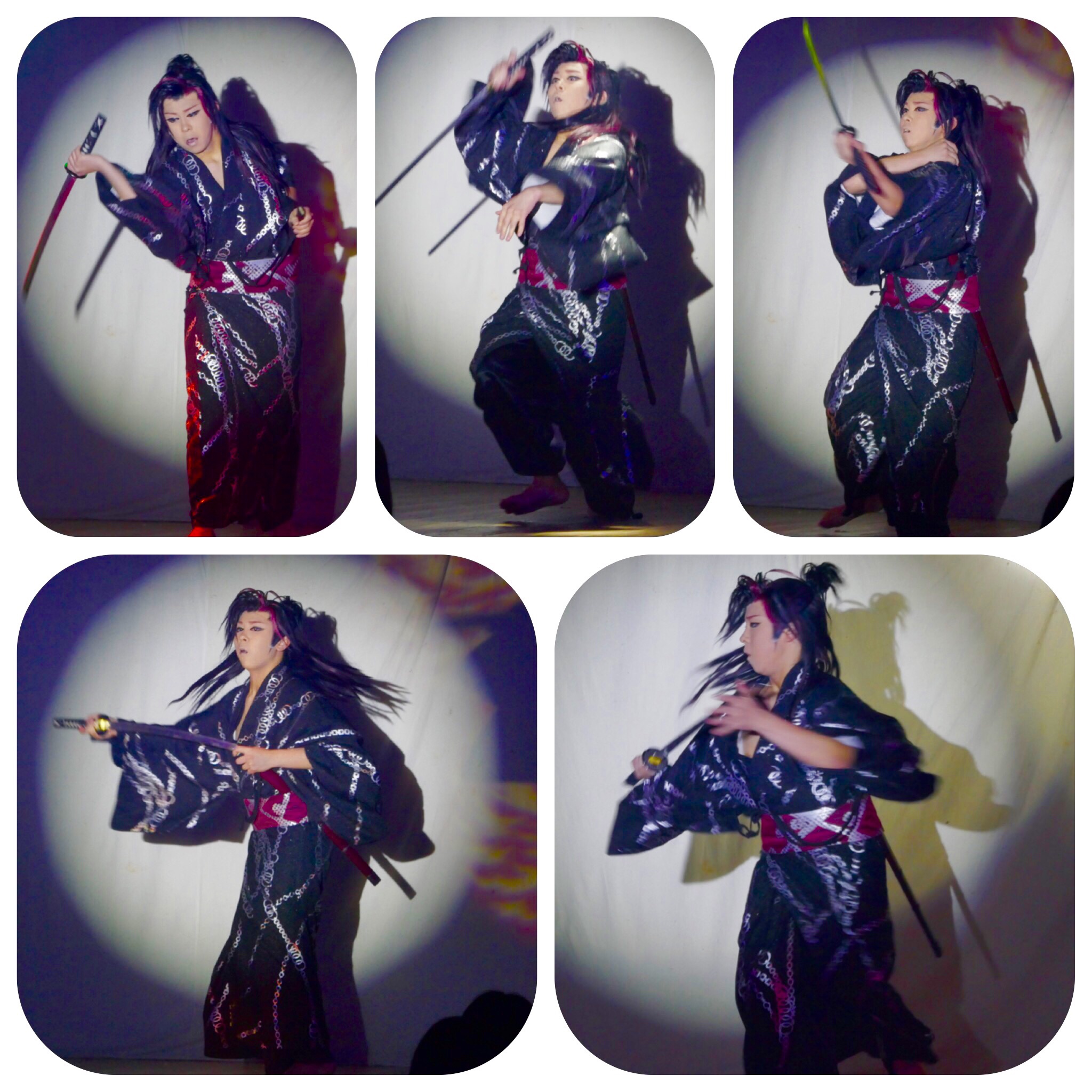 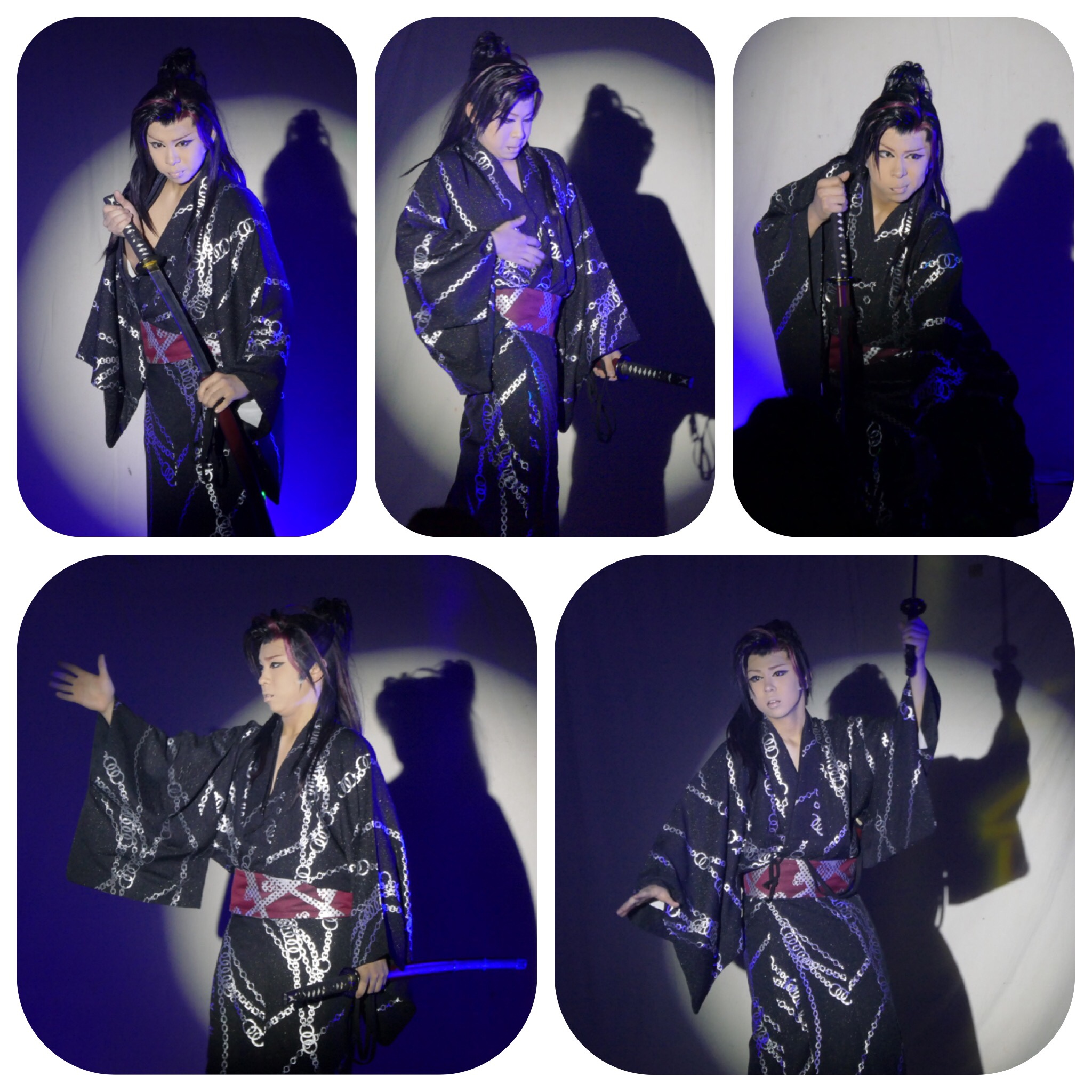 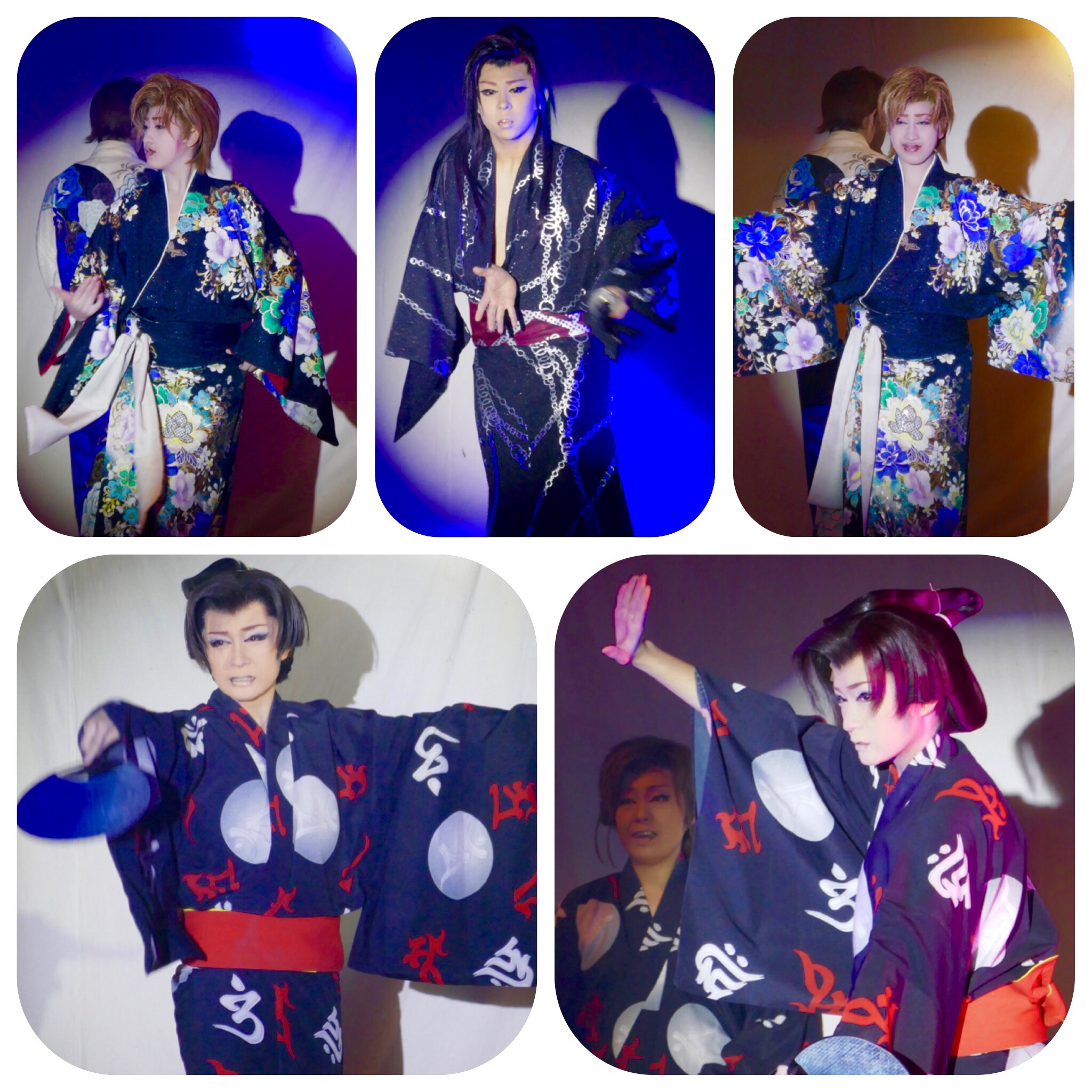 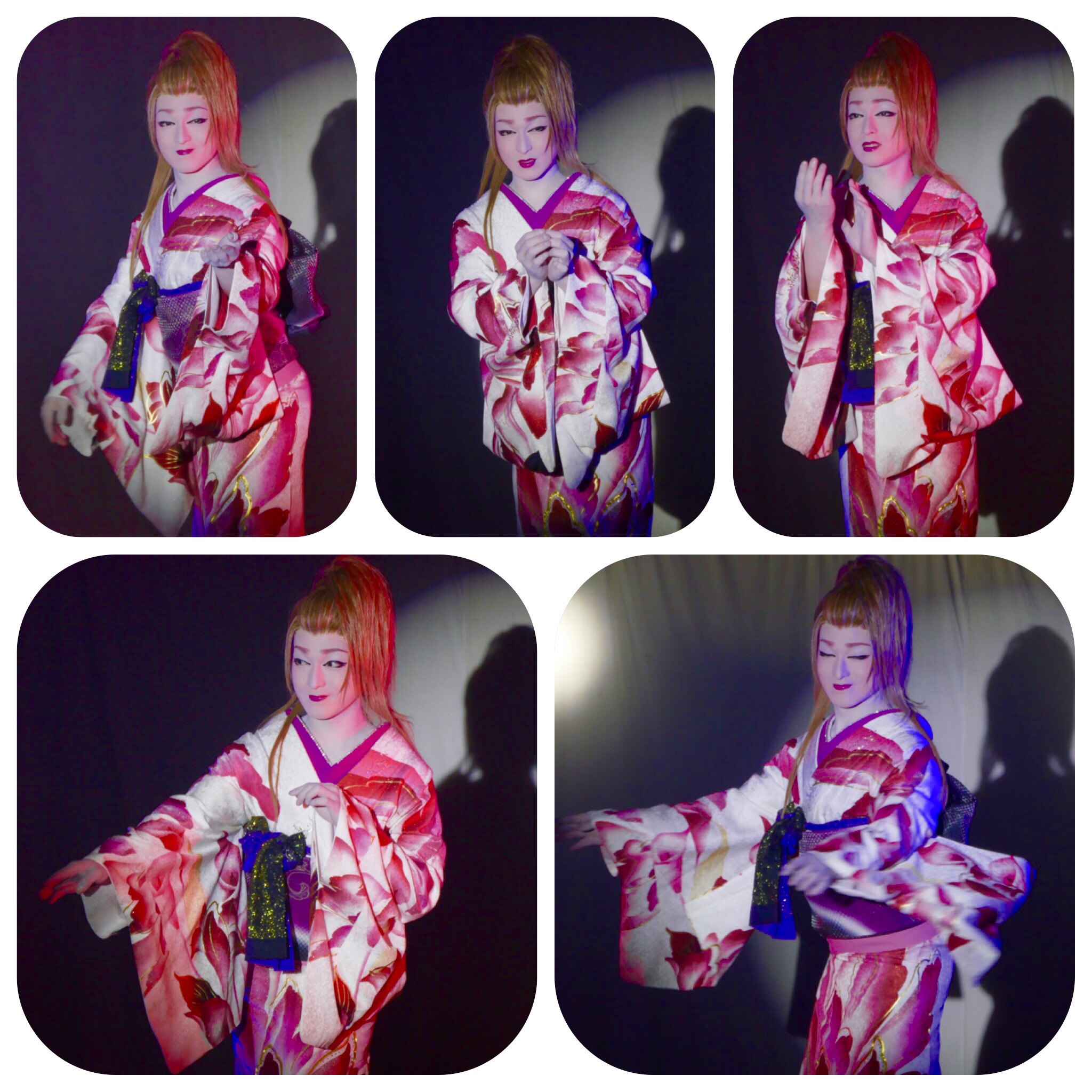 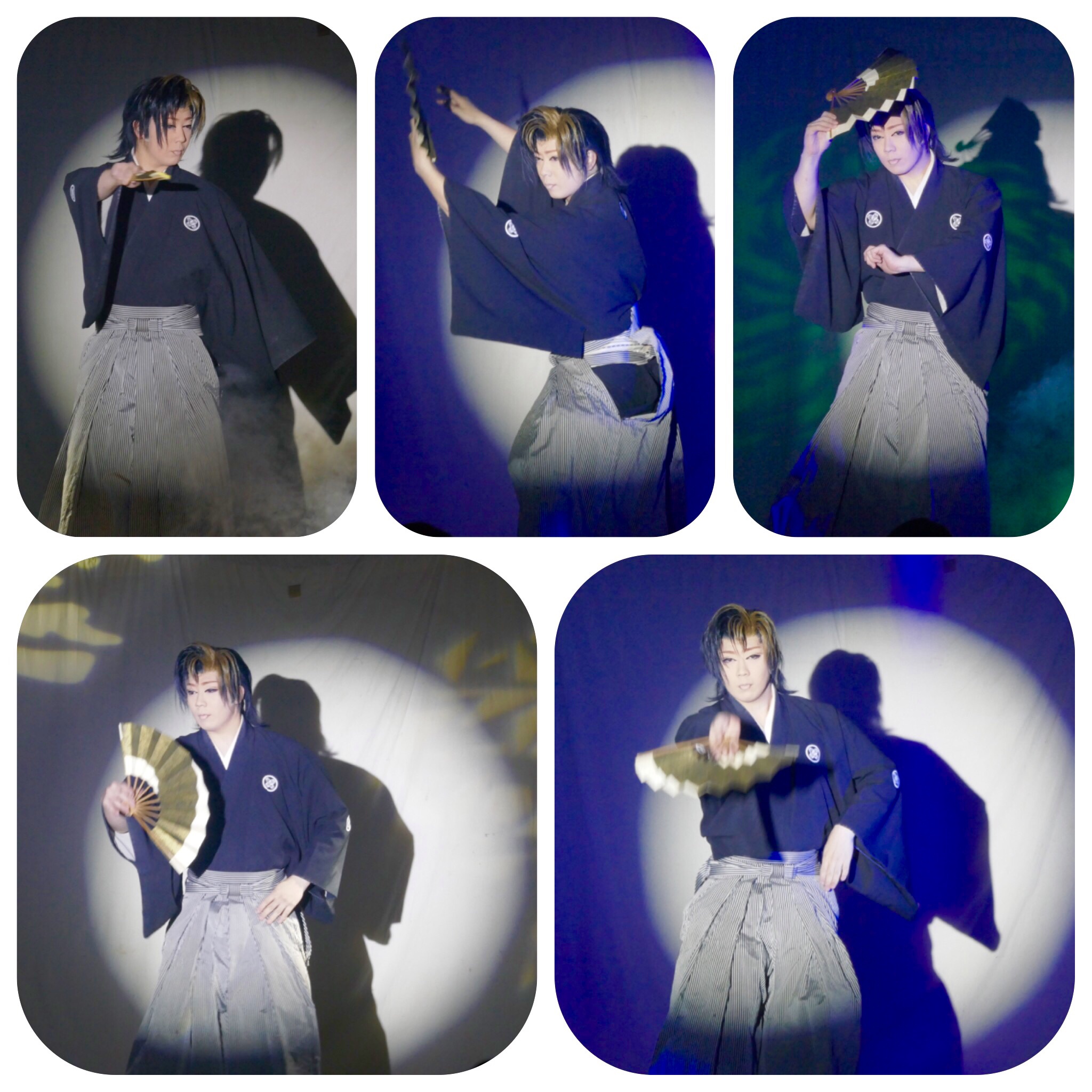 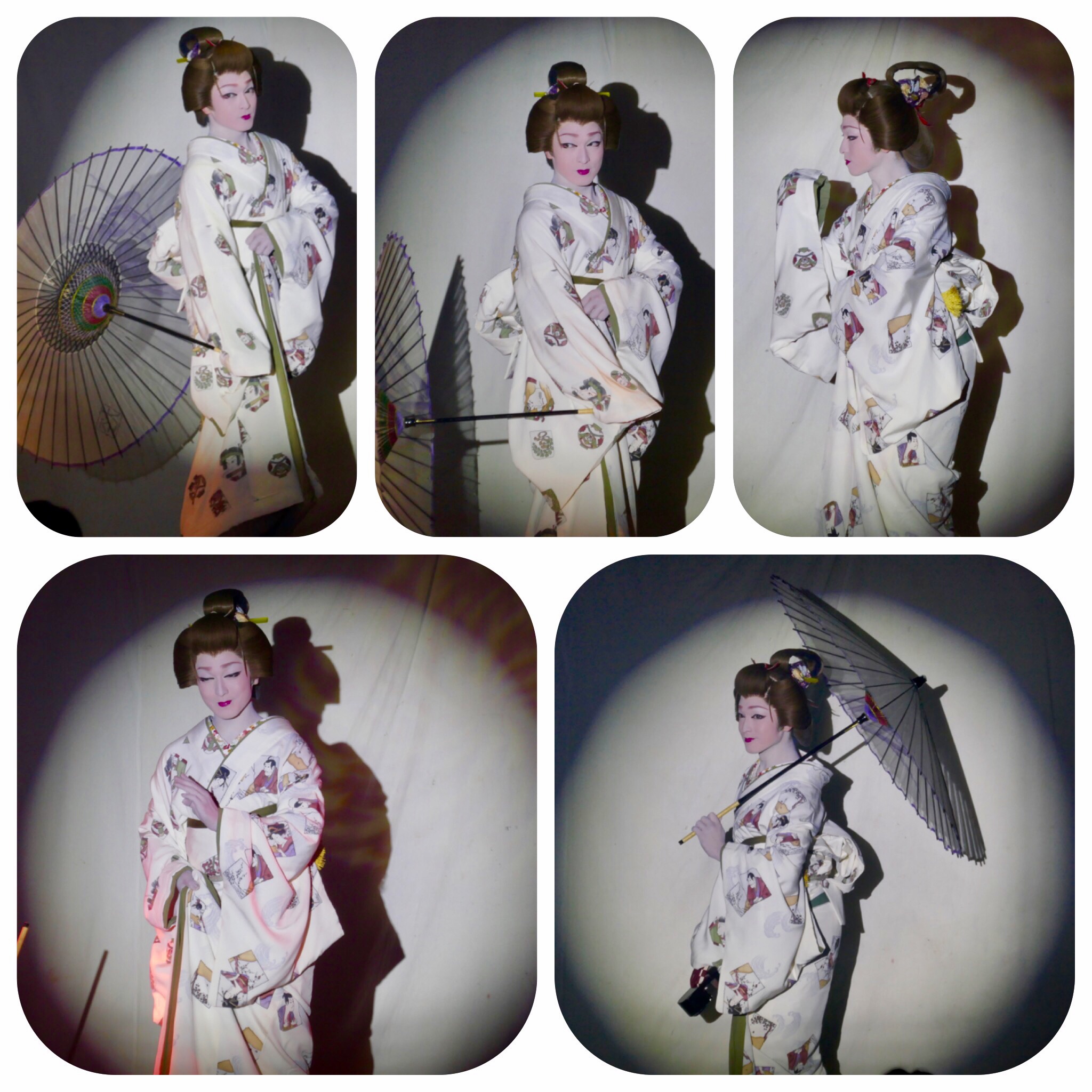 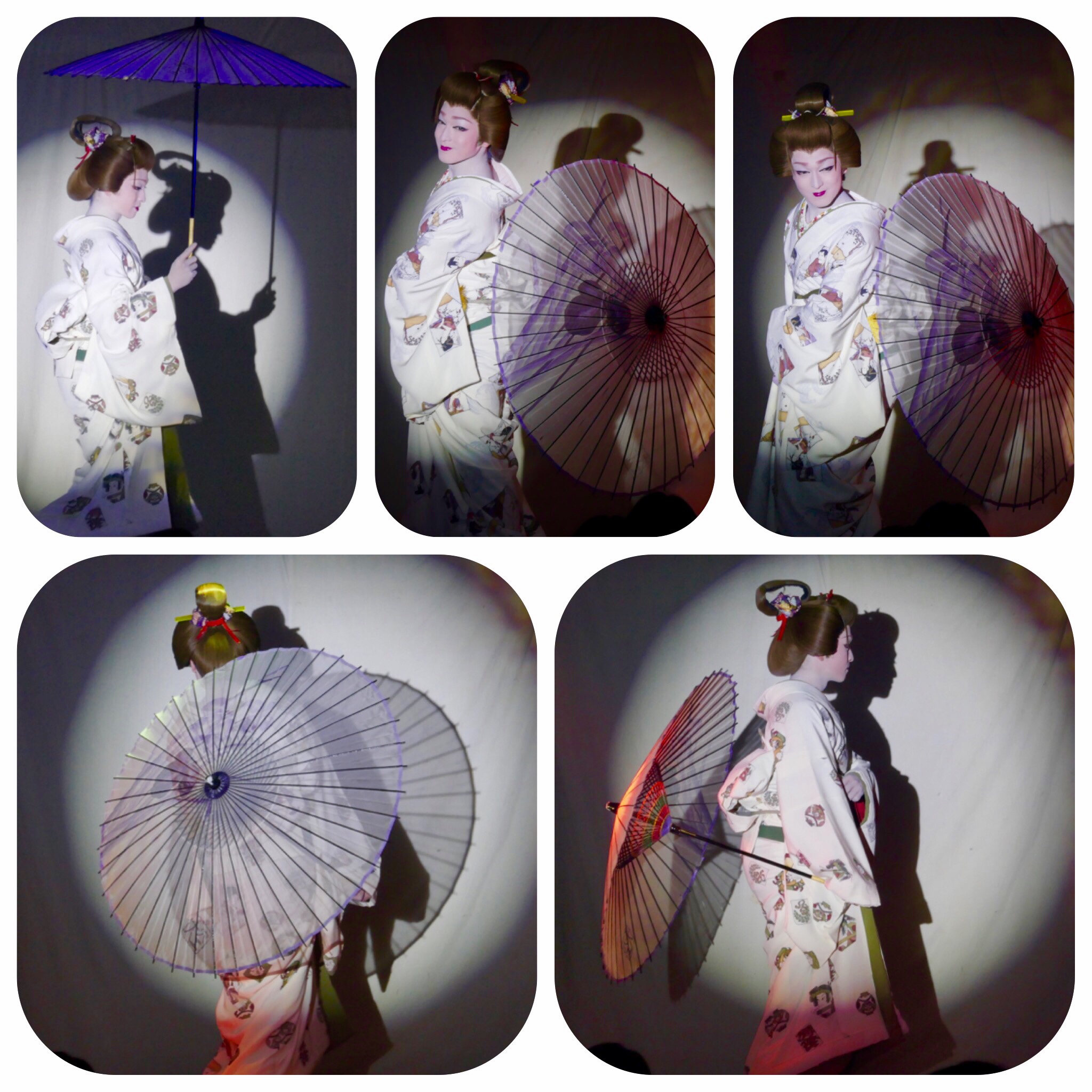 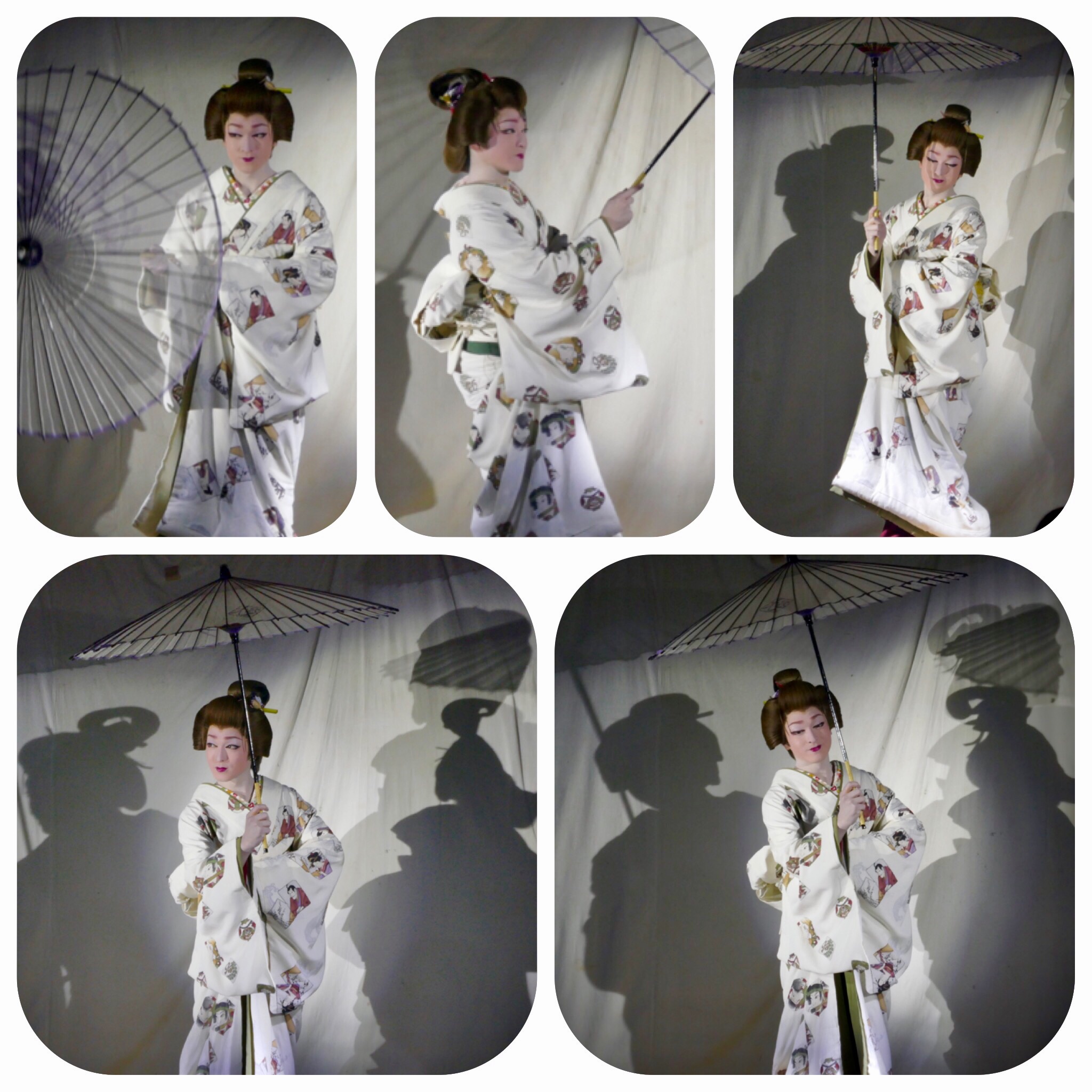 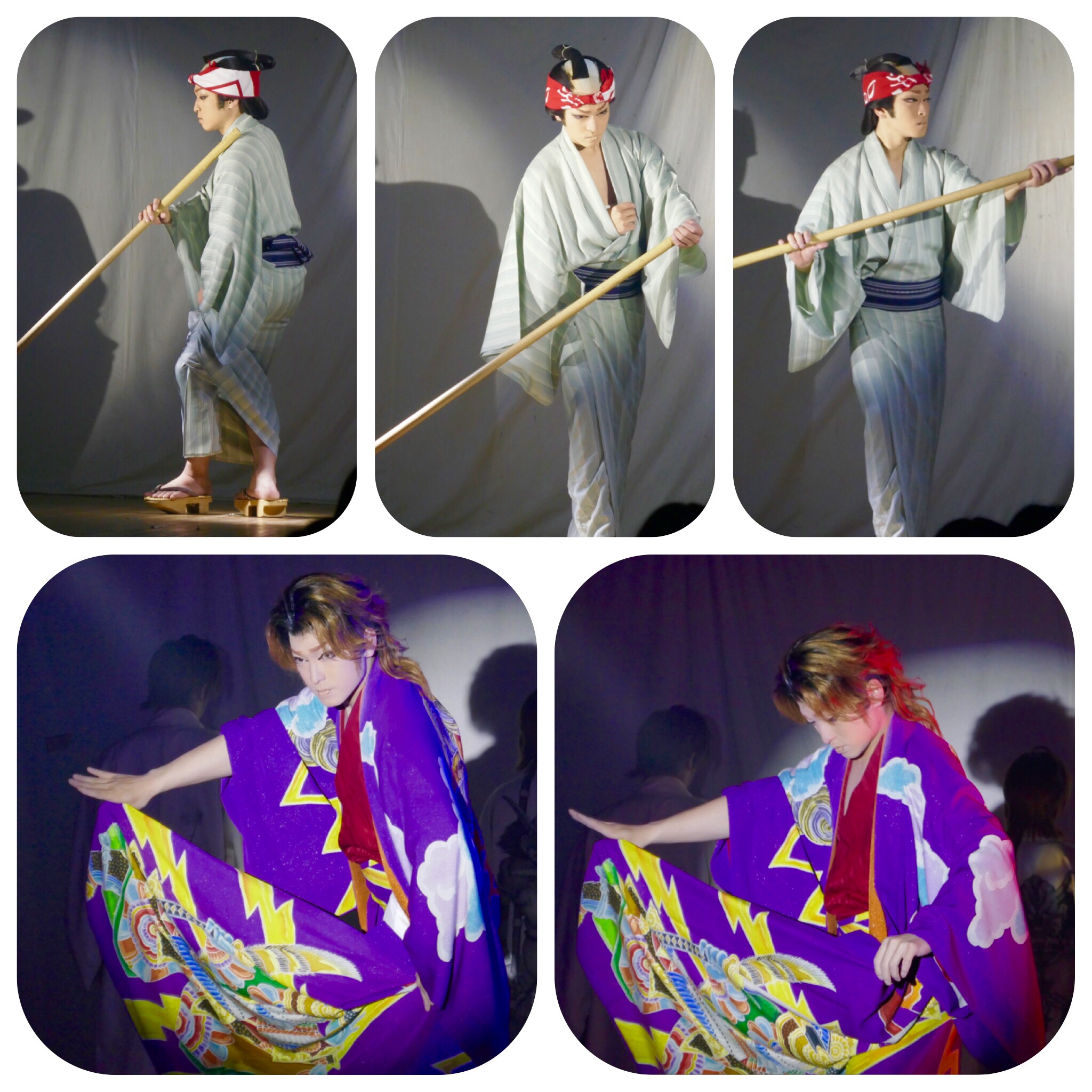 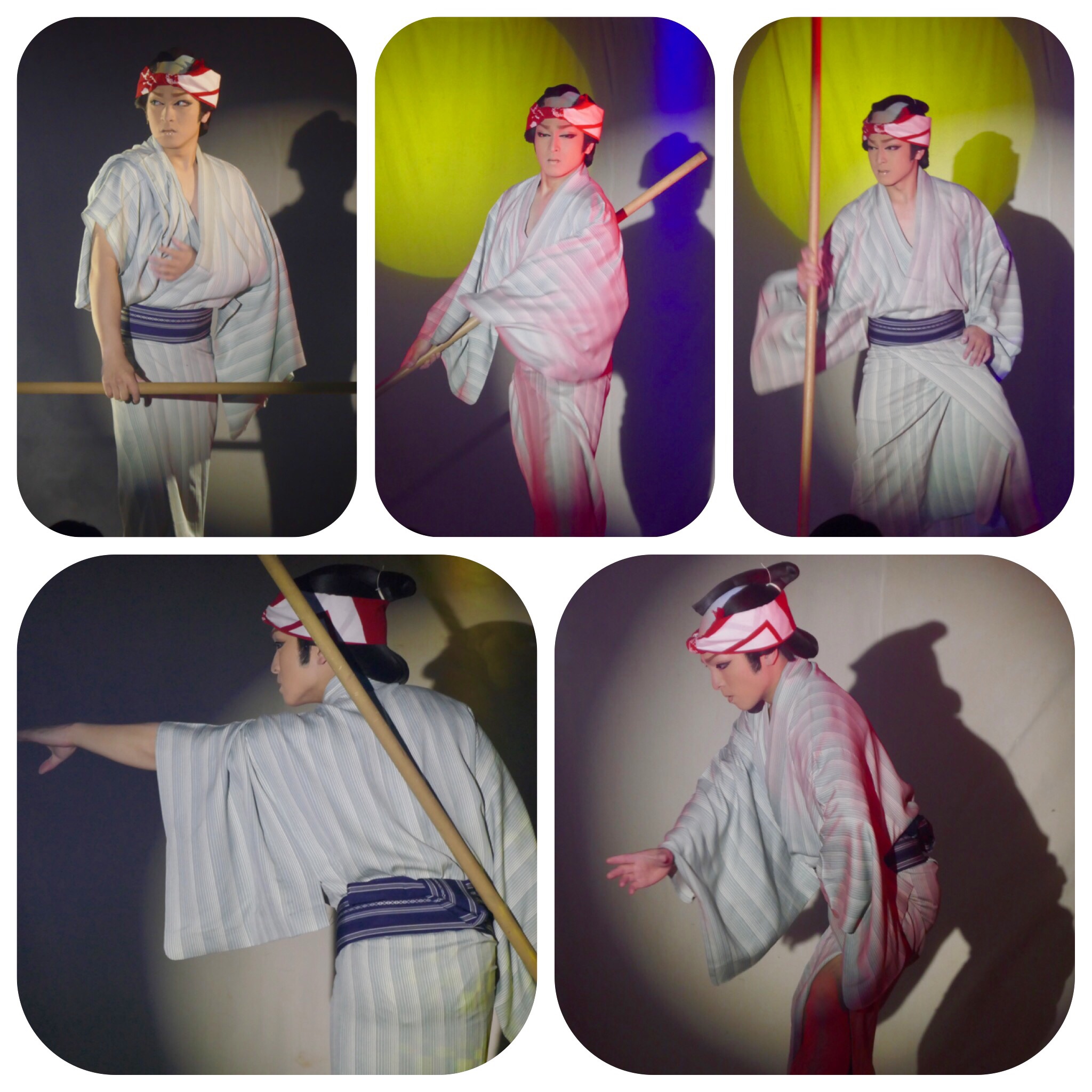 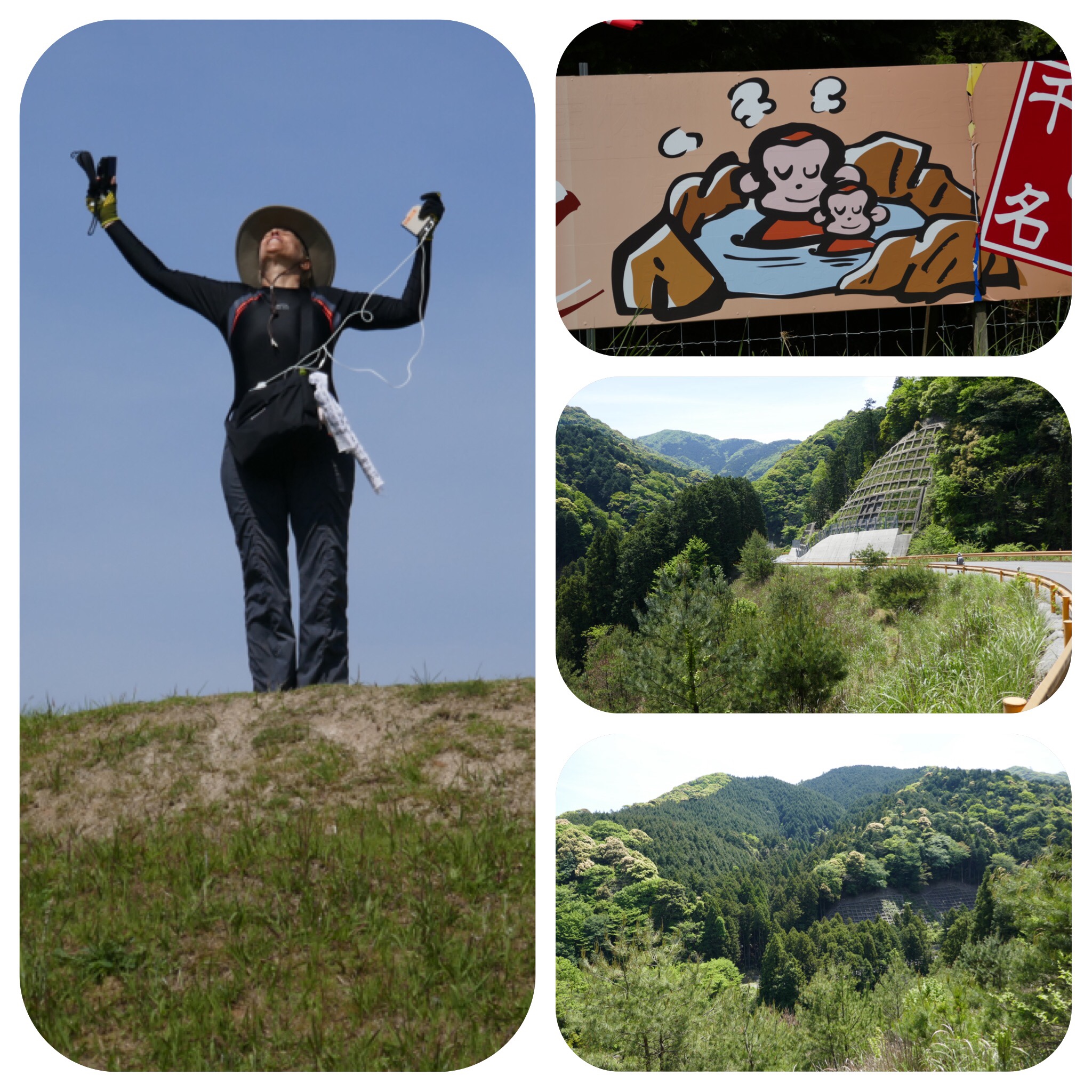 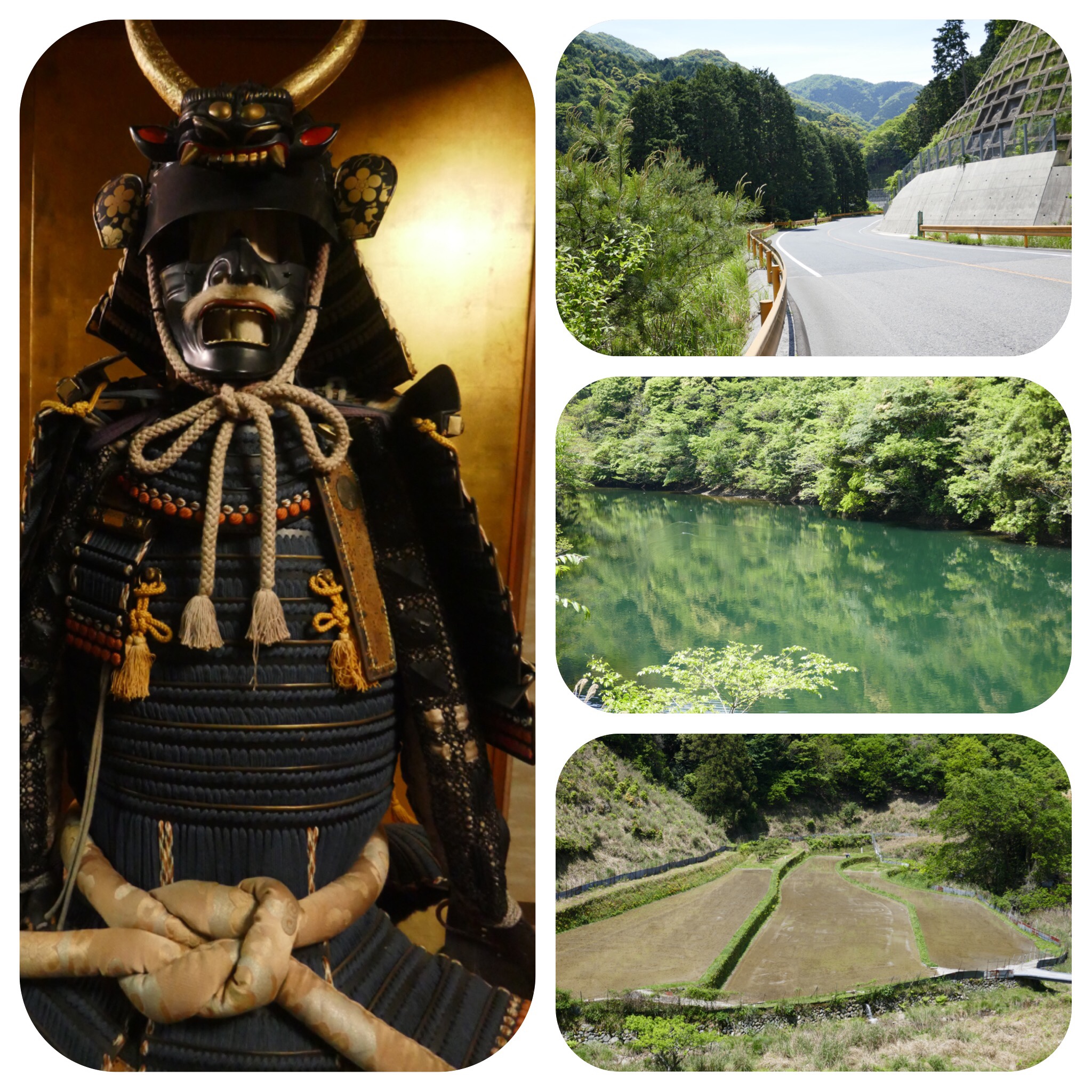 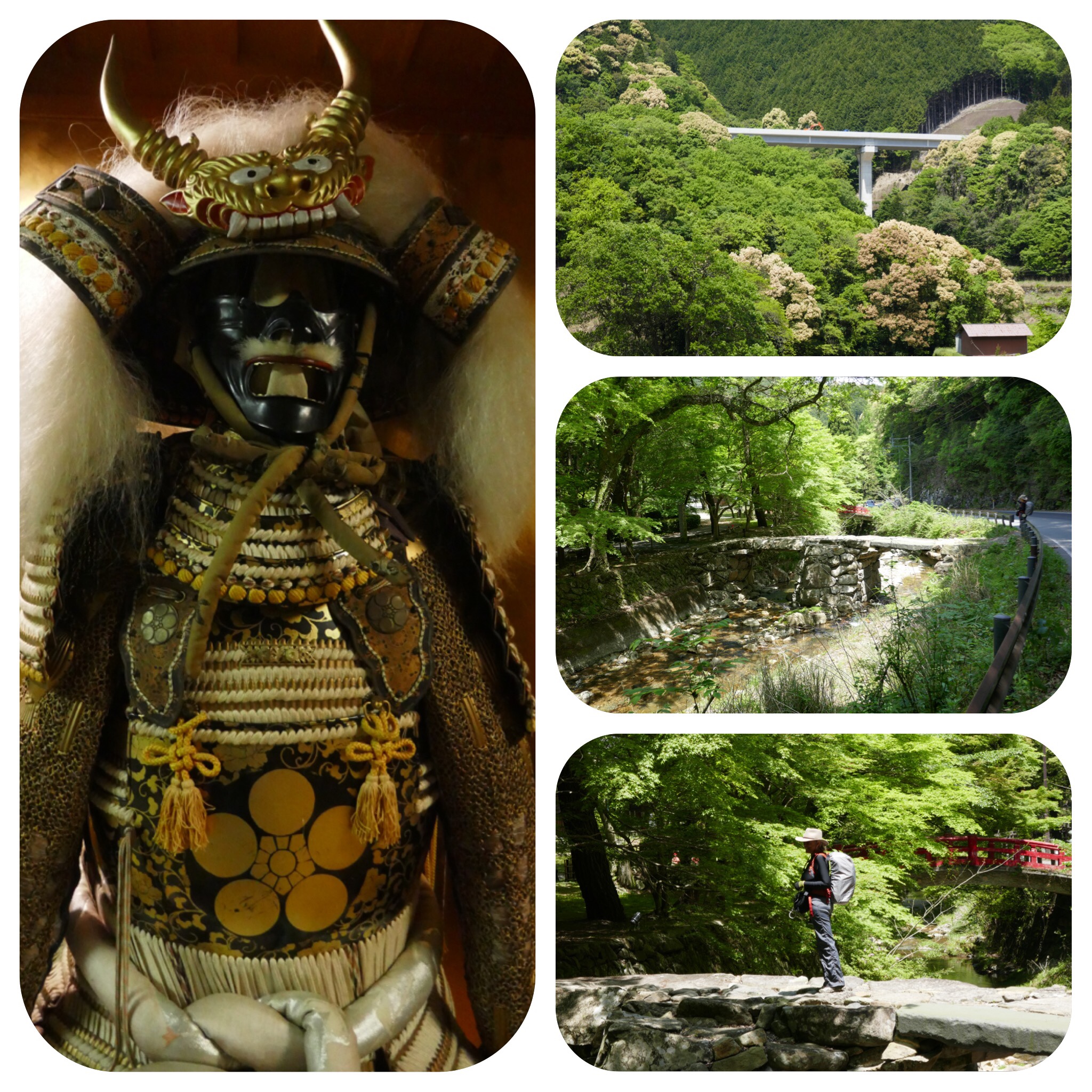 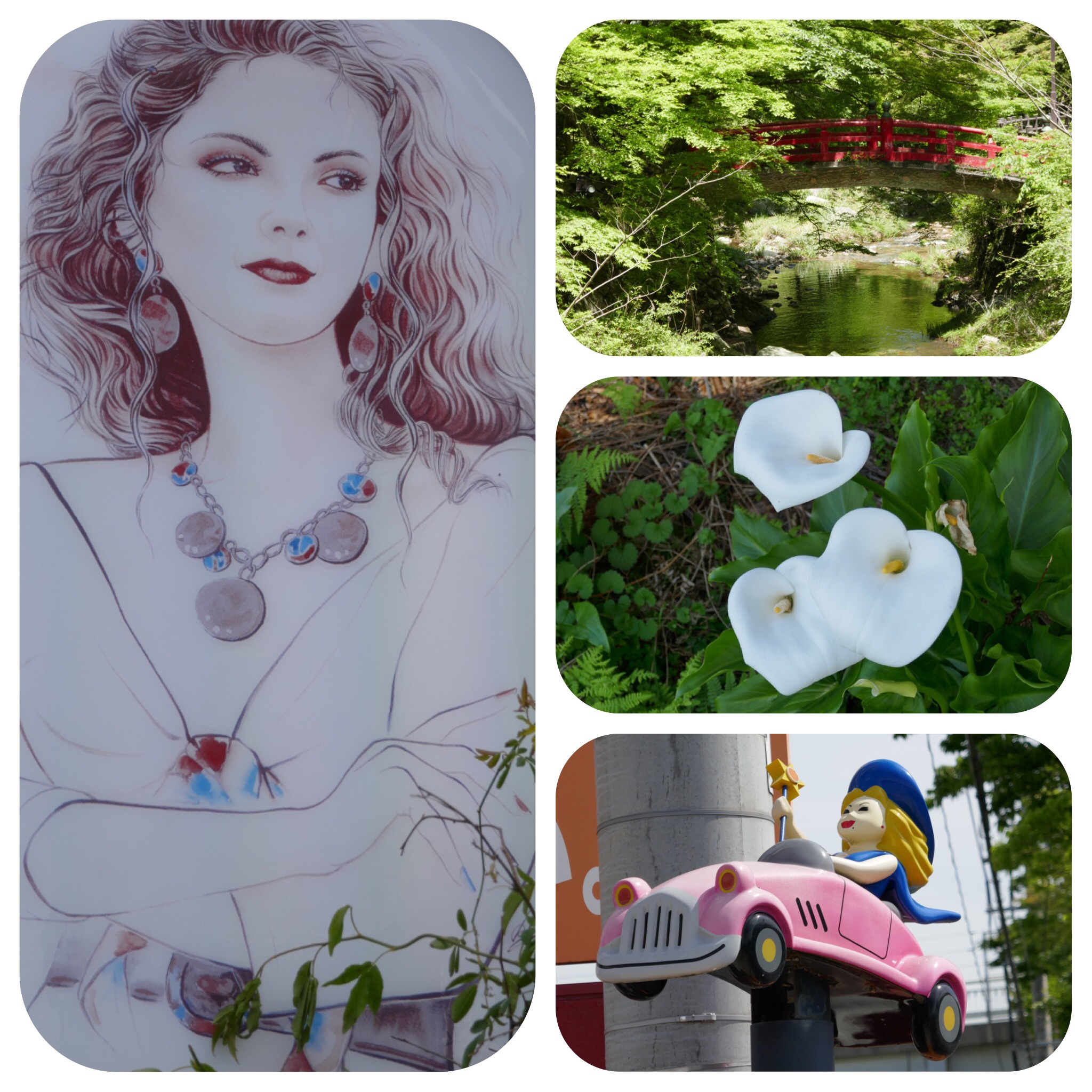 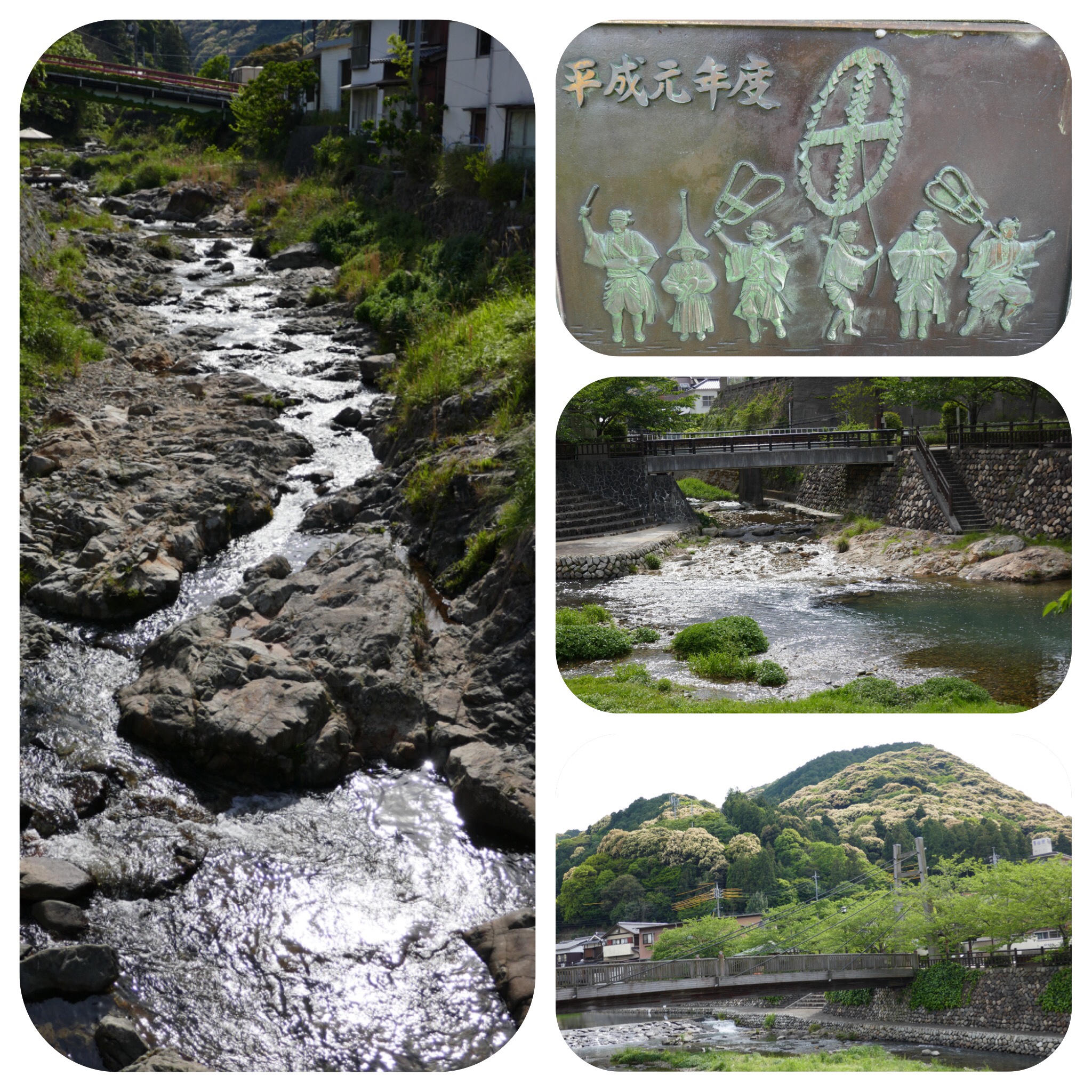 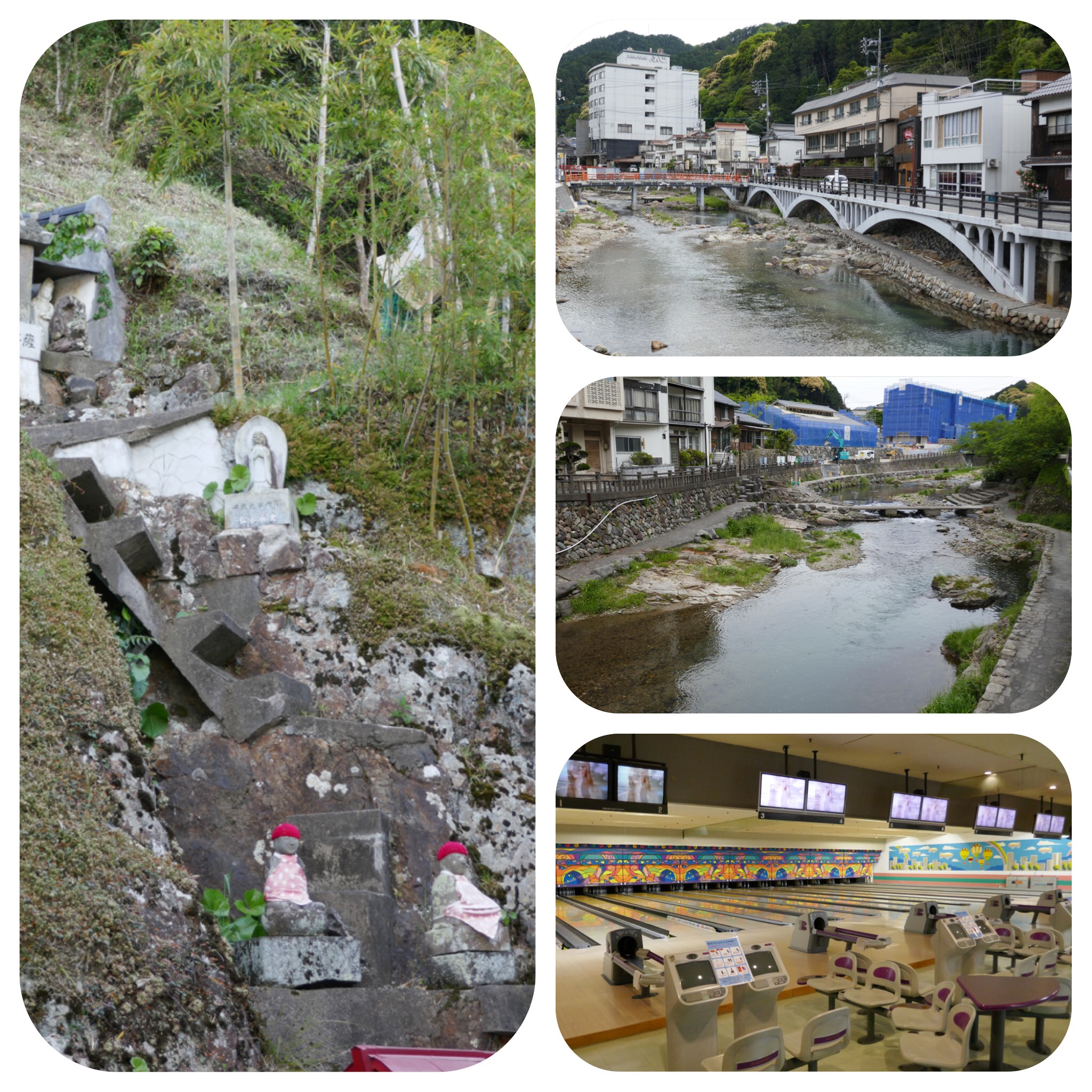 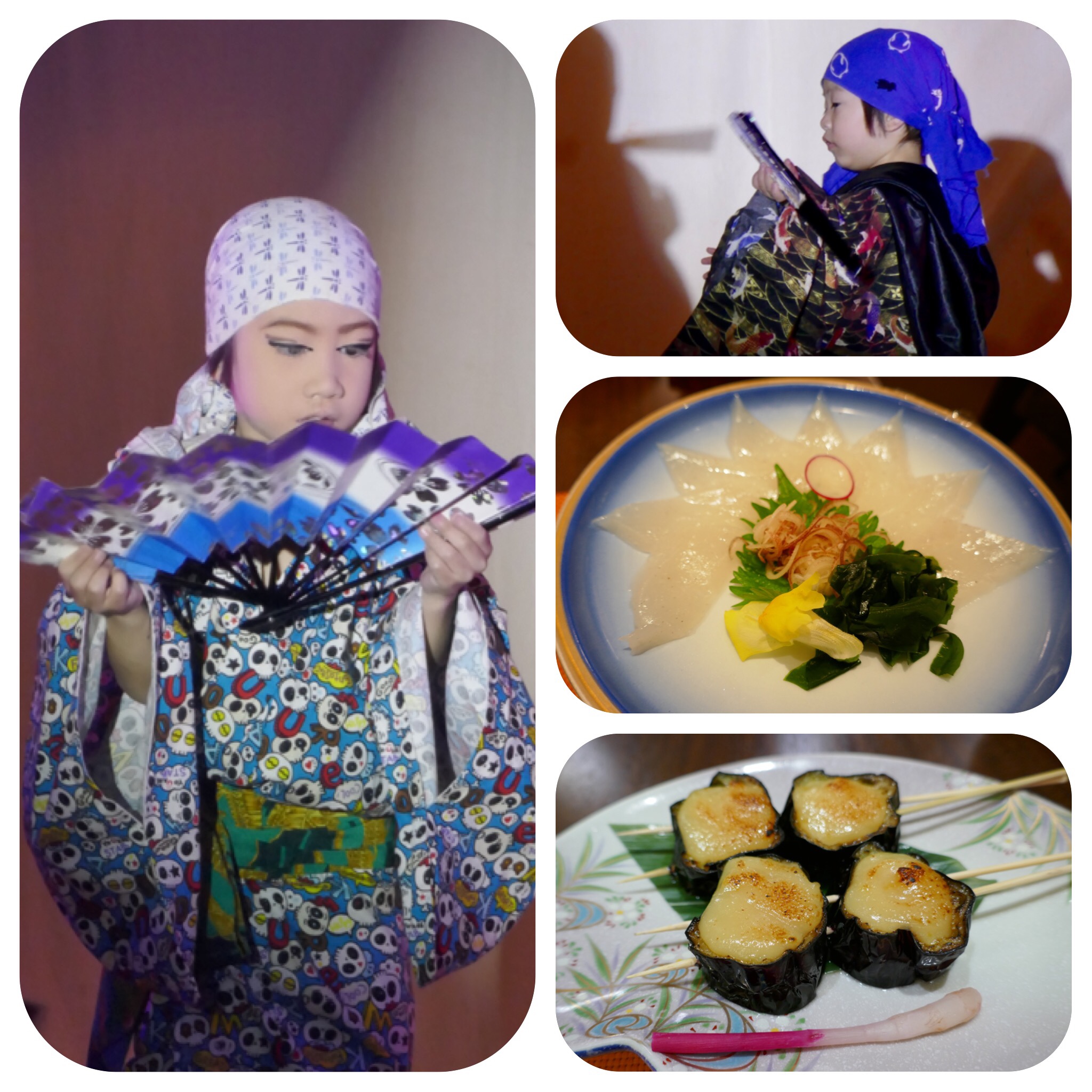 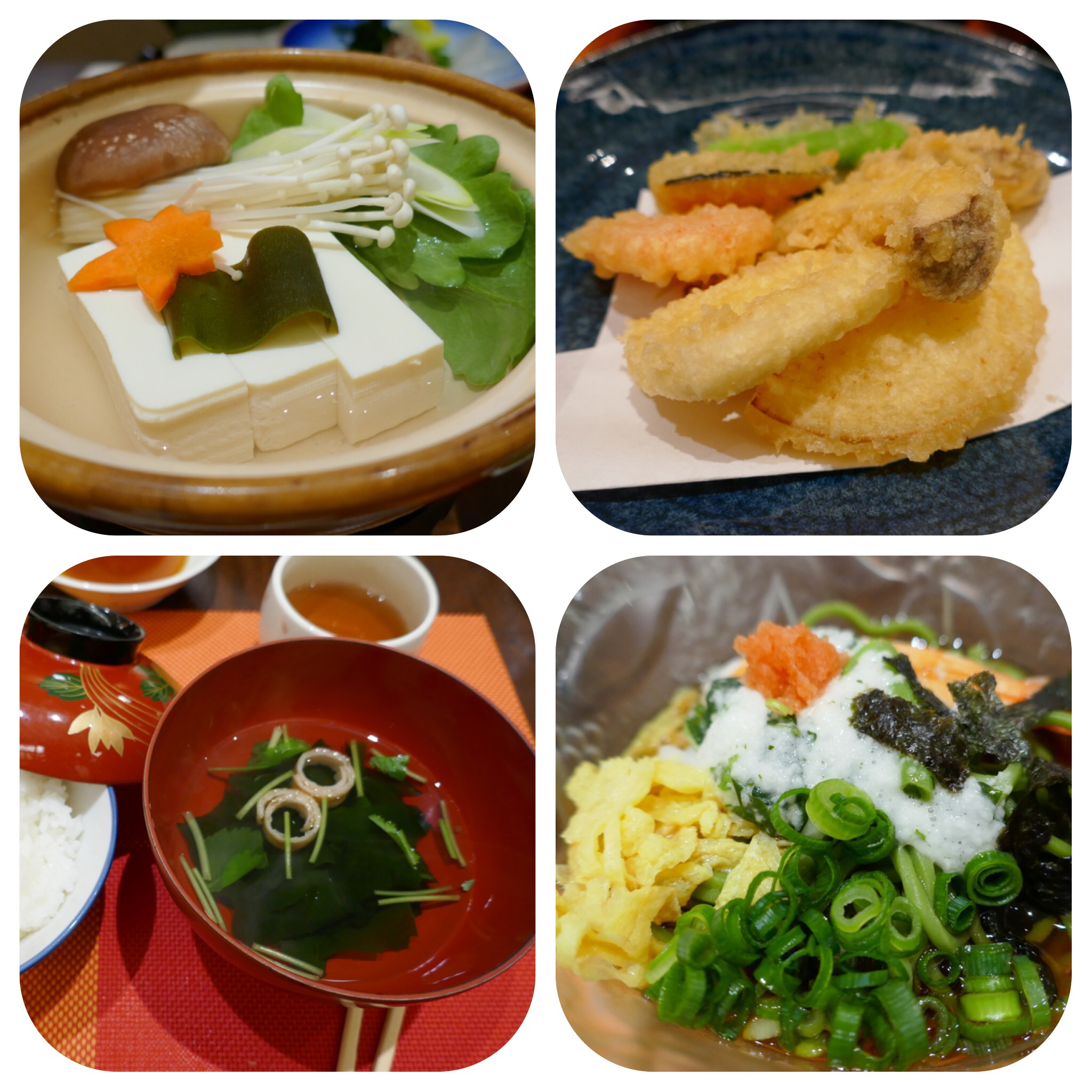 When we checked out of the guesthouse this morning, the owner and her daughter asked us where we were going.
We replied that we were going to Yumoto Onsen.

They looked confused, exchanged glances, and sheepishly said that there was no bus going there for hours.
We said that we did not plan to take a bus, but to walk there.
Their eyes opened wide, as if we had said we were planning to walk to the moon.

But for us, the distance, which amounted to only 12 Kilometers, was too short.
We planned to leave our backpacks at our hotel when we reached Yumoto Onsen, and then keep walking north, to cover some of the longer distance that we have to walk the next day.

When we started walking, it was cool in the shade.
But when we started climbing in the mountain range, it got really hot.
Some of the climbs were steep, but not too long.

The descent down to the river valley from the mountains was very steep, and it wound round and round.
For some of the day we had sidewalks, but in other sections of the road we did not.
We could tell we were getting into a more built up area, just by the fact that there were more cars on the road.

There were no places to buy food or water along the way.
But it did not matter, because we carried with us water mixed with lemon juice, and we knew that we would be in Yumoto Onsen by lunchtime.

We arrived at the outskirts of Yumoto Onsen, and saw the beautiful Shinto shrine and the connecting vast gardens of Taineiji Temple.
The park in which the temple and the shrine are situated is very beautiful during autumn, when the color of the leaves on the trees turns golden and many shades of reds.
People come from all over Yamaguchi Prefecture to enjoy this beautiful area and the mountains around it.

We crossed the stone bridge and sat in the quiet temple’s grounds to drink some lemon water and restore our Spirits from the walk.

Our hotel is a large Onsen (hot springs hotel).
We left them our bags and walked another nine kilometers towards the town of Hagi.

We stopped along the way in a charming cafe located inside a flower shop, but they offered no food, only coffees and cakes.
They brewed excellent coffee, but their cakes were too soft and did not hold their form well.

It seems like we would have another mountainous day of walking tomorrow, and then after that, we would be walking eastwards along the rugged and mountainous northern coastline.

Yumoto Onsen has quite a few seasonal attractions, including firefly watching over the river, and autumn leaf watching around the beautiful Shinto Shrine on the river connected to Taineiji Temple.

According to legend, Nagato Yumoto Onsen is said to have been discovered over 600 years ago by a Buddhist priest who was guided here by divine revelation.
The onsen’s central wellspring is indeed located within the grounds of Taineiji Temple.

The Daimyo feudal lords, who ruled over the various states of Japan beneath the Shoguns, would come to bathe here.

The water has a slightly lotion-like texture that leaves the skin nicely smooth.

There are several tiny cafés and pottery shops on the stone promenade along the wide river.

Clearly there is investment going into continuing to develop Yumoto Onsen as a vacation destination.

We saw a large public works project of a new highway into town and major work being done to improve the foot path along the promenade area, as well as major renovations of the resorts along the river.

Our accommodation here is Yumoto Kanko Hotel Saikyo.
It does not look like much from outside, but we got a spacious, clean Japanese style room, a great onsen, and one of the best meals we’ve had so far on our pilgrimage.

When we checked in, we said we preferred to eat vegetarian food, no meat and no fish.
Among many delicious vegetable and tofu dishes that they prepared, they served us a Sashimi made of white Konyaku with a white miso dipping sauce.

Konyaku or Konjac is a common name of the Asian plant Amorphophallus Konjac.
It has an edible corm (bulbo-tuber).
It is also known as Konjaku, Konnyaku potato, Devil’s tongue, Voodoo lily, Snake palm, or Elephant yam.

It grows in warm subtropical to tropical places around Japan and China, all the way south to Indonesia.

The food made from the corm of this plant is widely known by its Japanese name, konyaku (yam cake), and it is cooked and consumed primarily in Japan.

I love Konyaku and have eaten it in many forms, from noodles to spiced and fried pieces that taste superb.

After dinner, we went to see a Japanese cultural performance next door to the hotel, in the theater below the hotel’s bowling alley.

The songs were traditional Japanese songs, and the dancers, most of them men dressed in females kimonos and makeup, danced to the songs, illumined by the bright changing lights.

The crowd was hotel guests like us, wearing our Yukatas.
Although it was an amateurish show, I enjoyed the performance very much.
We clapped and cheered and had a fabulous time.

I slept excellently that night.
With love and Harmony,
Tali

Total distance walked on the pilgrimage so far: 666 Kilometers

Temple Visited: Taineiji Temple (not part of our pilgrimage)