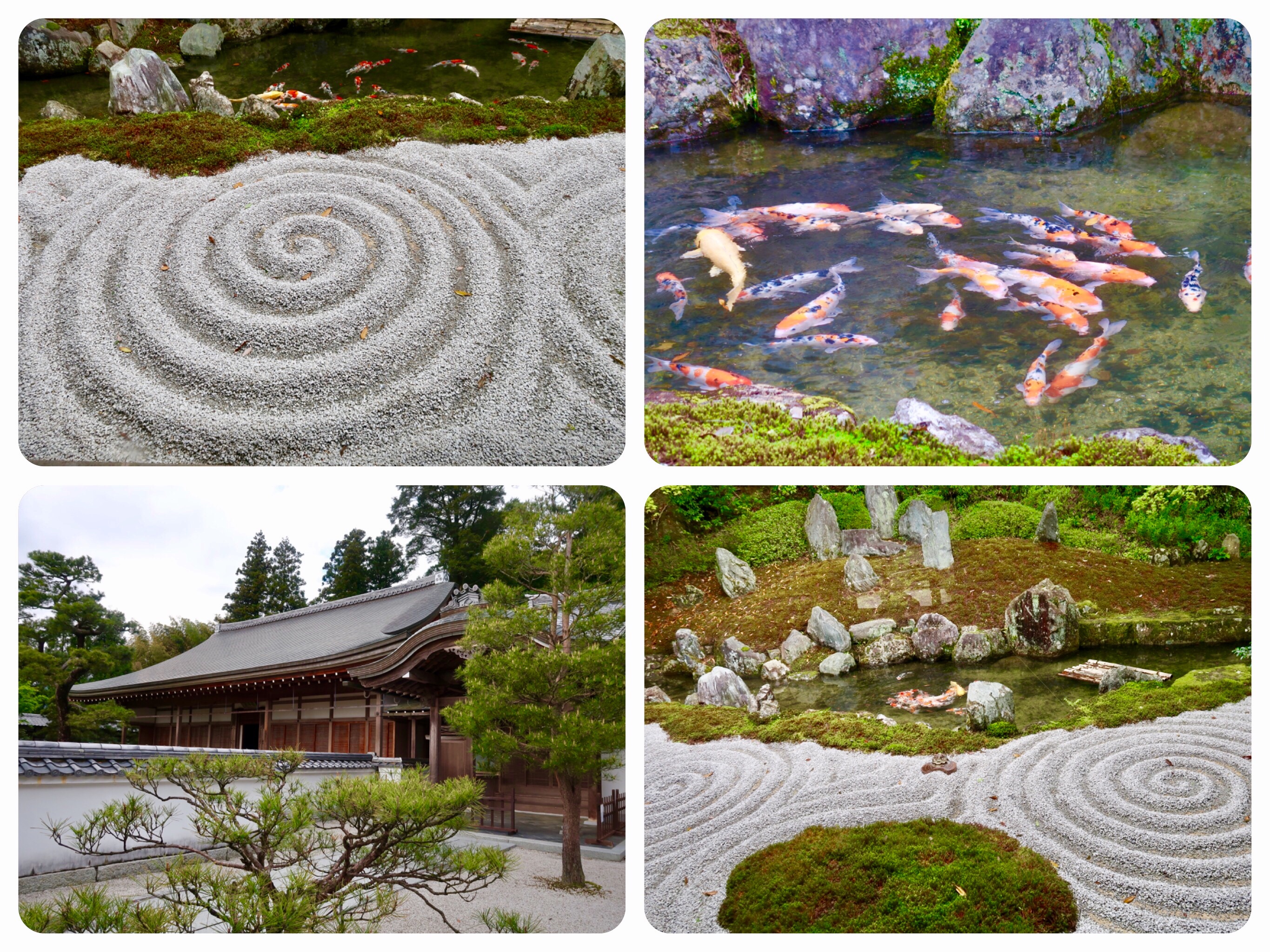 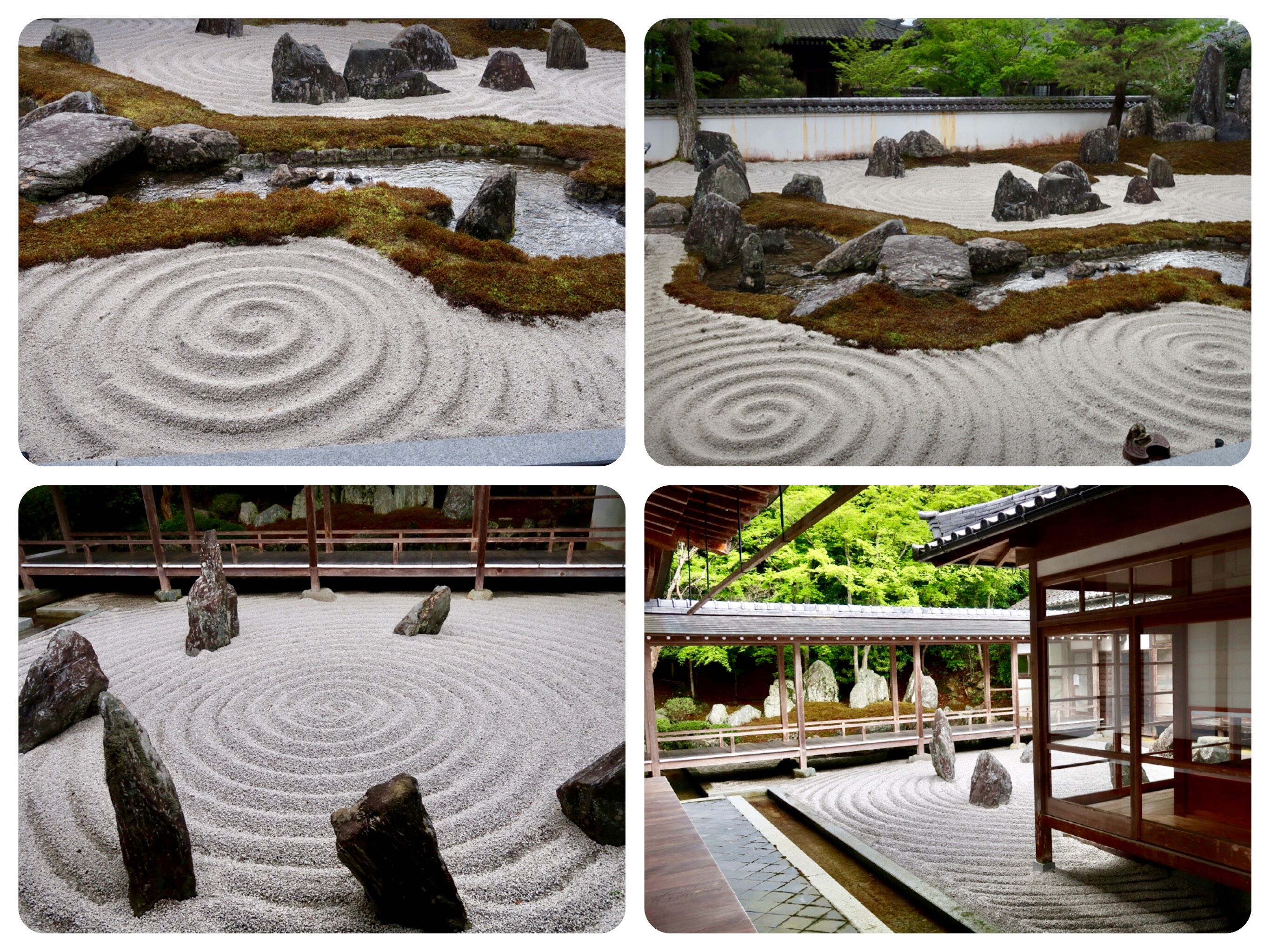 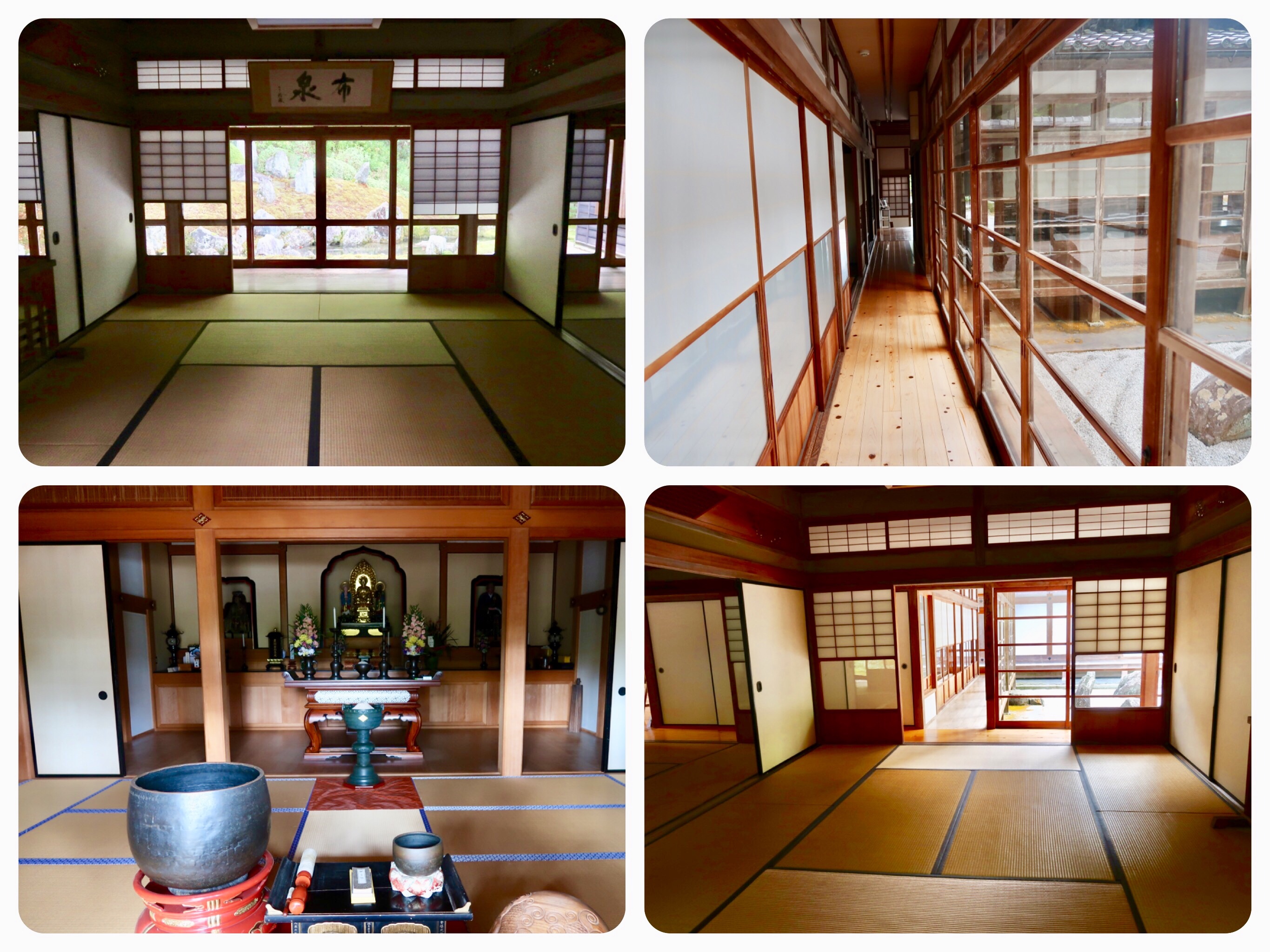 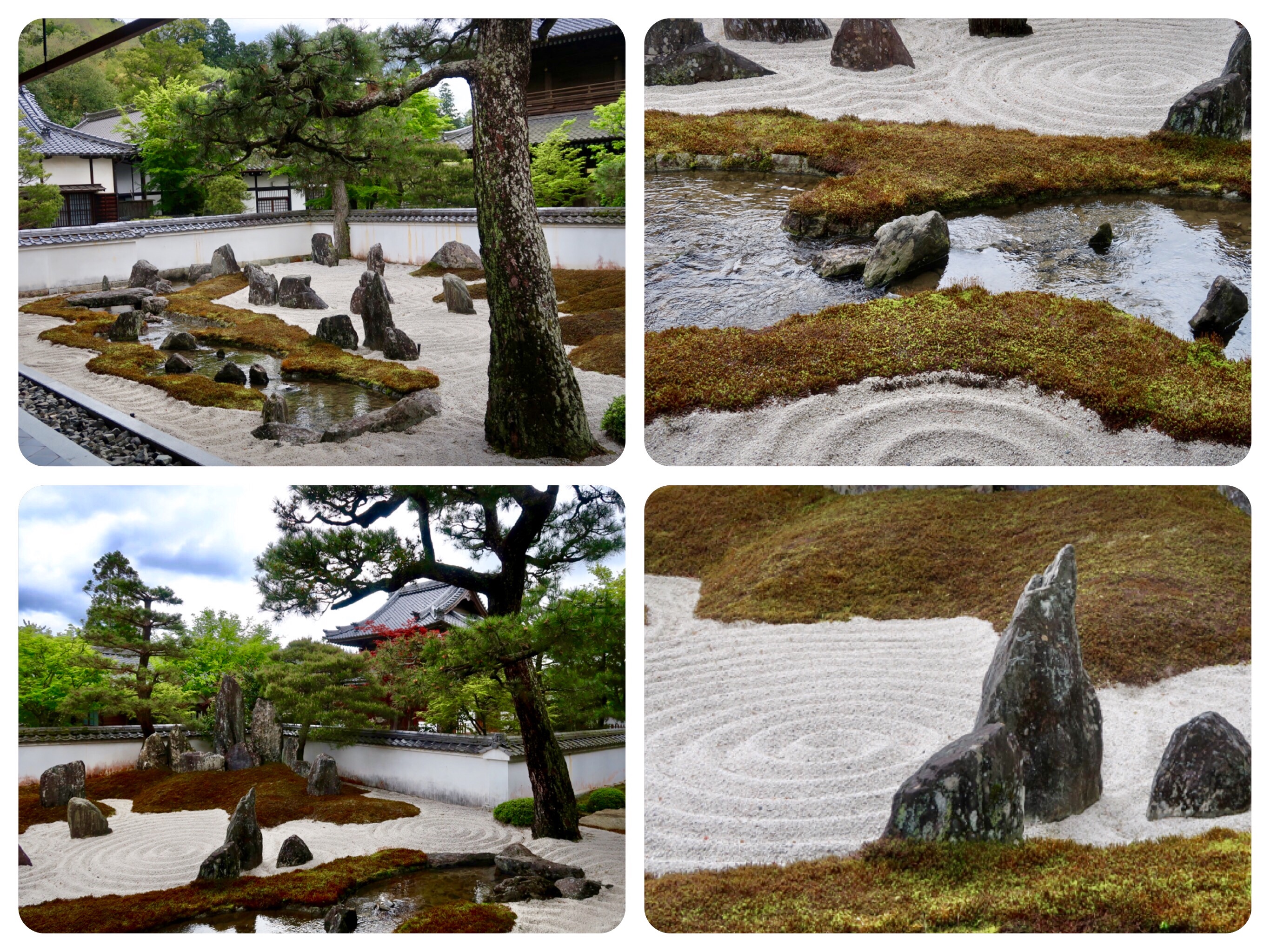 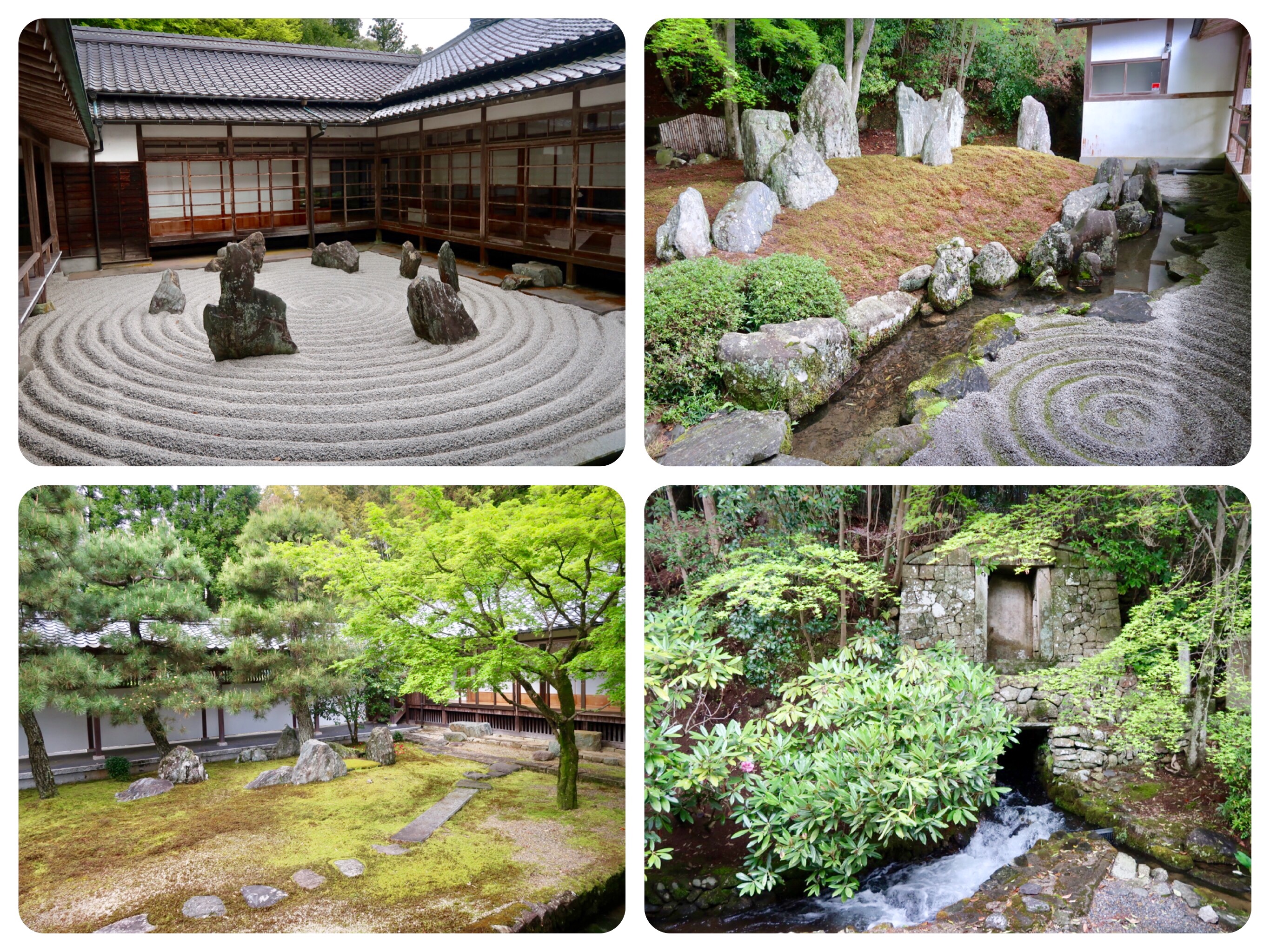 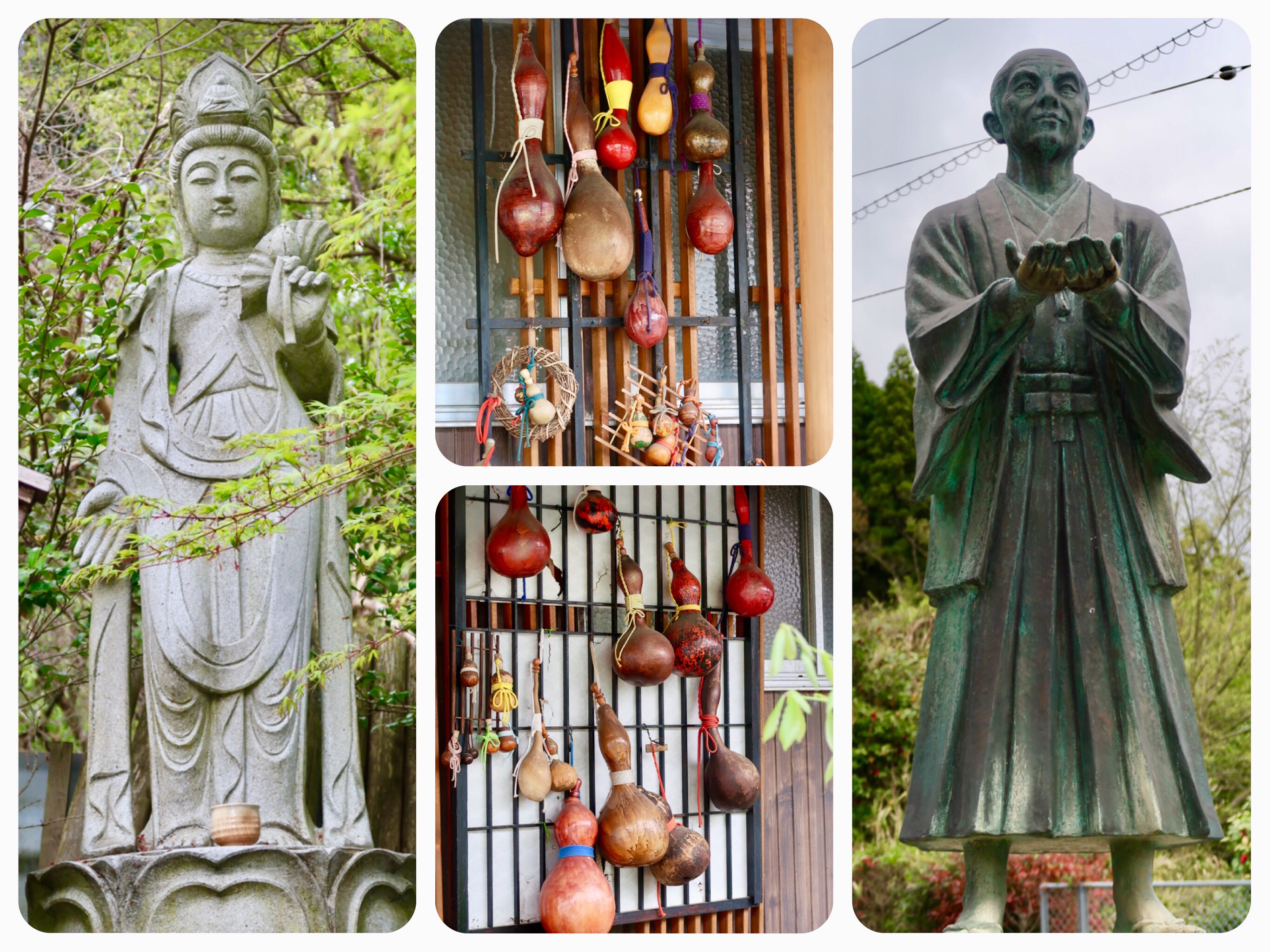 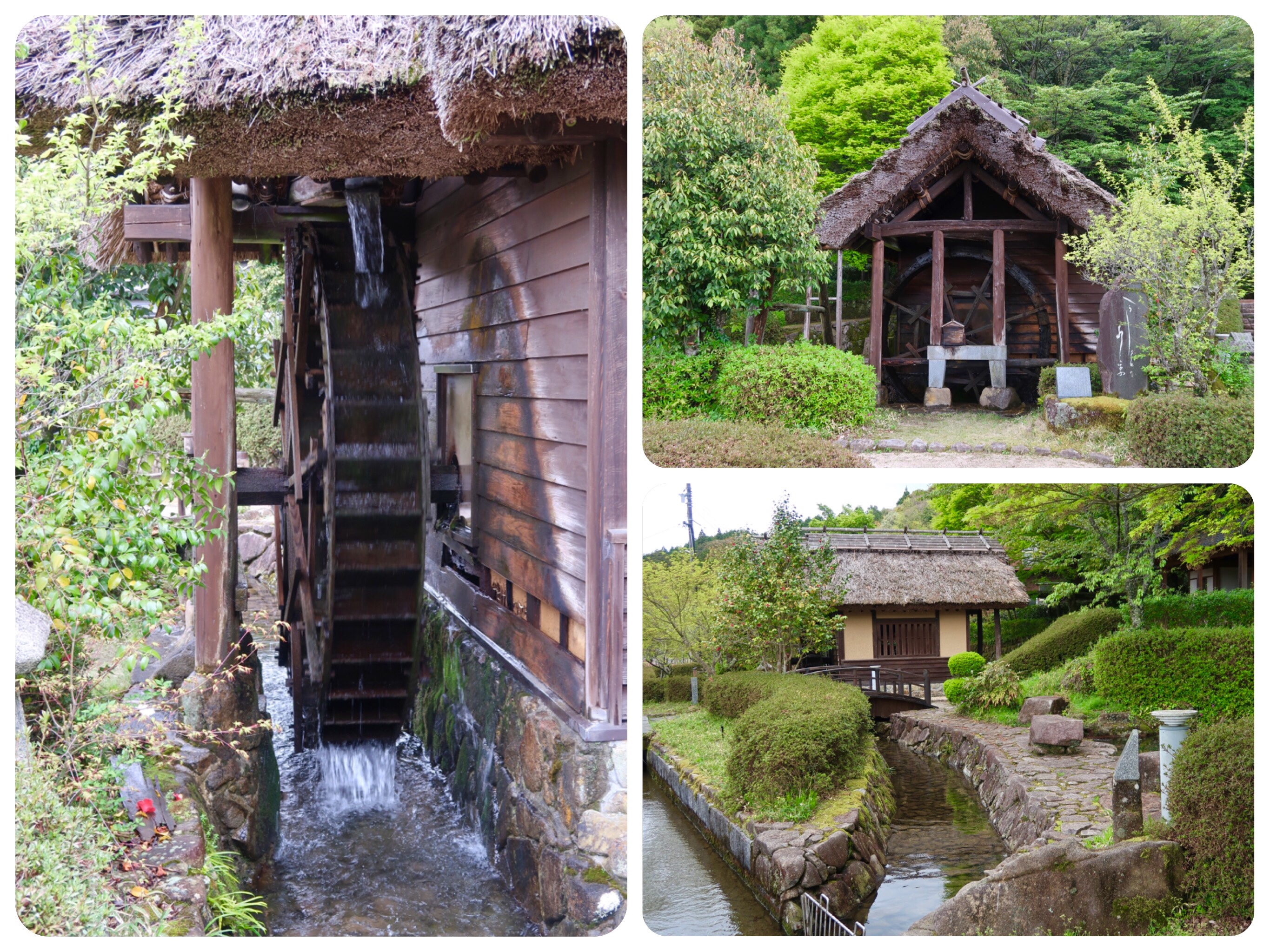 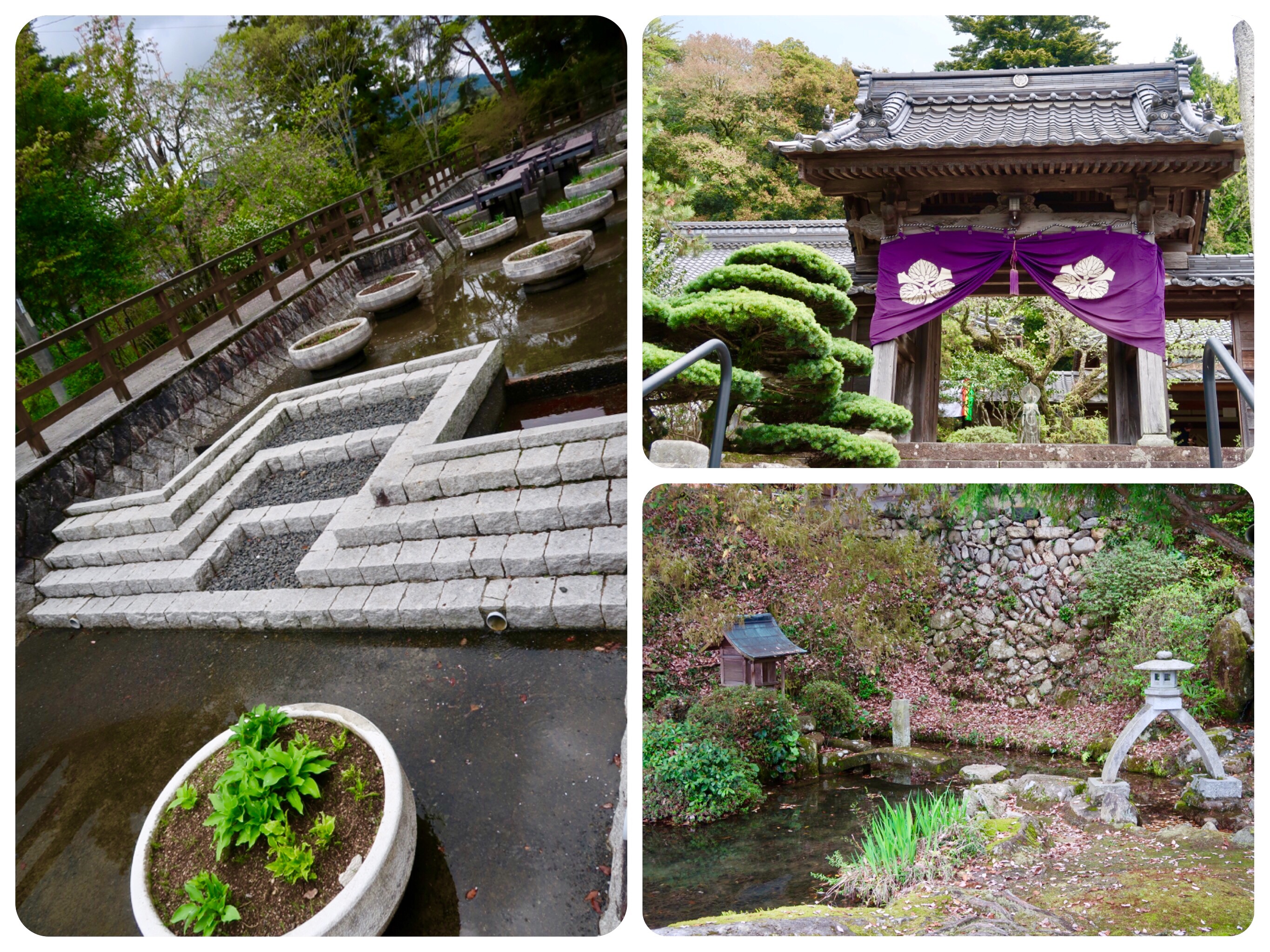 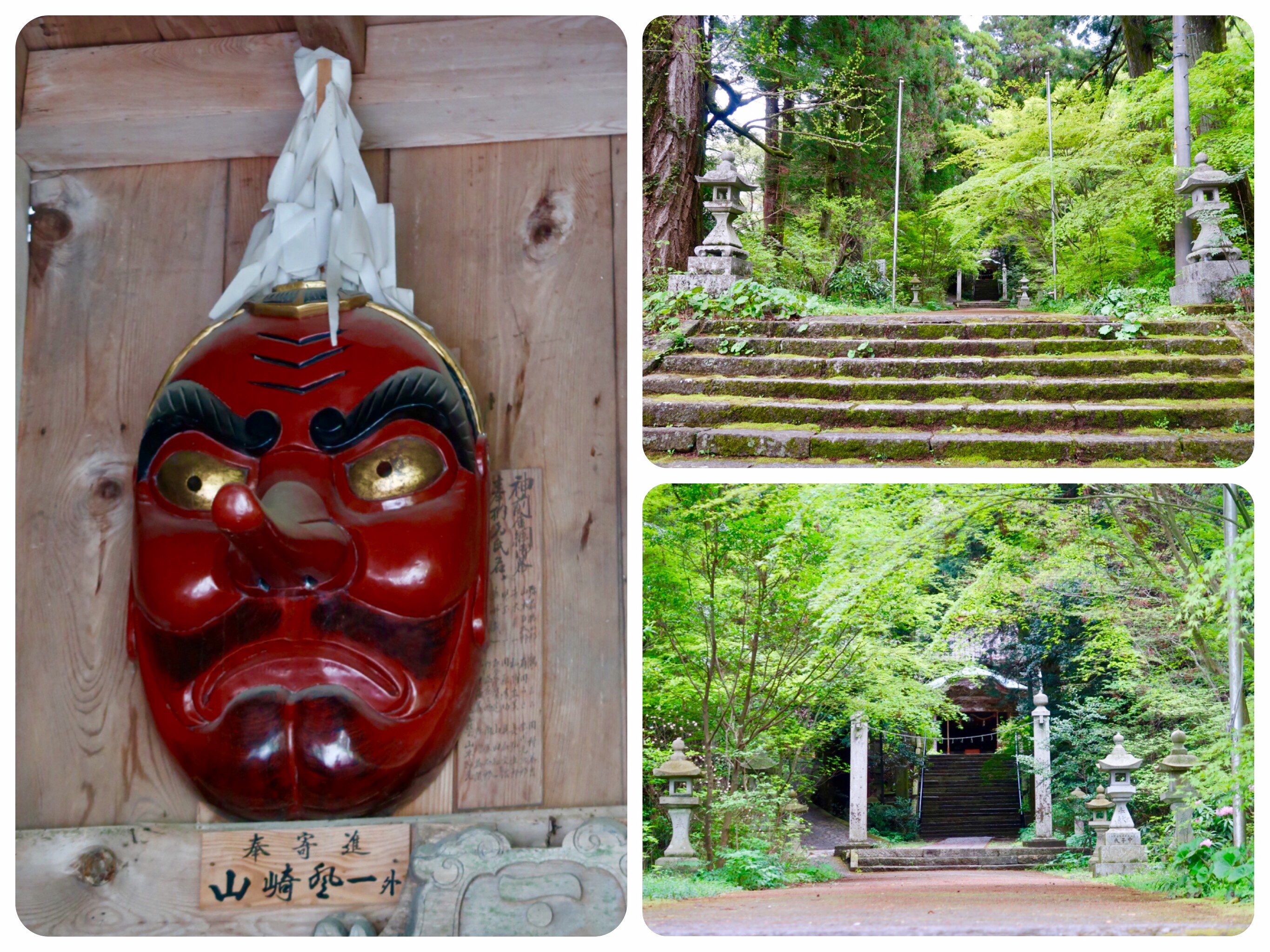 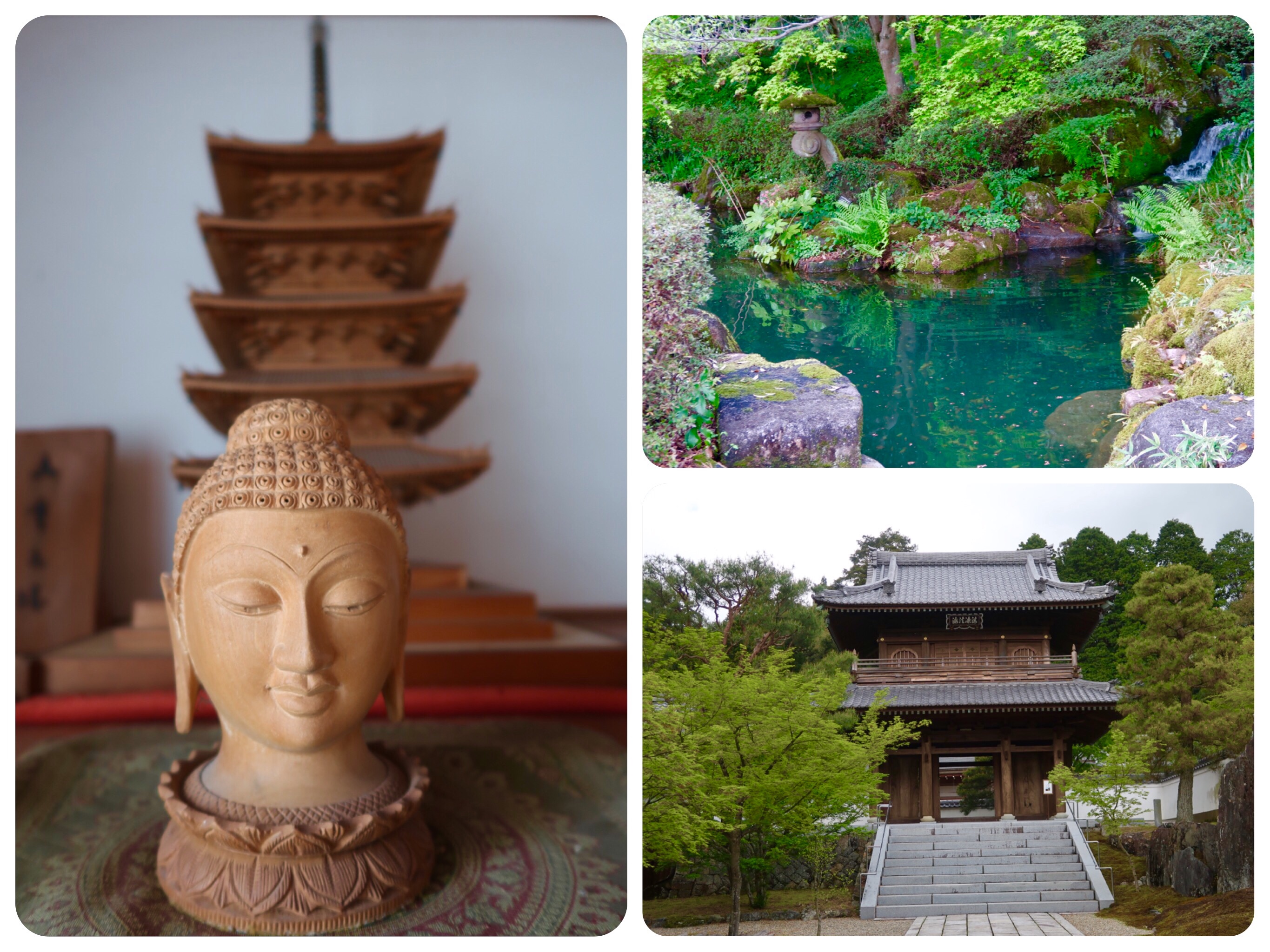 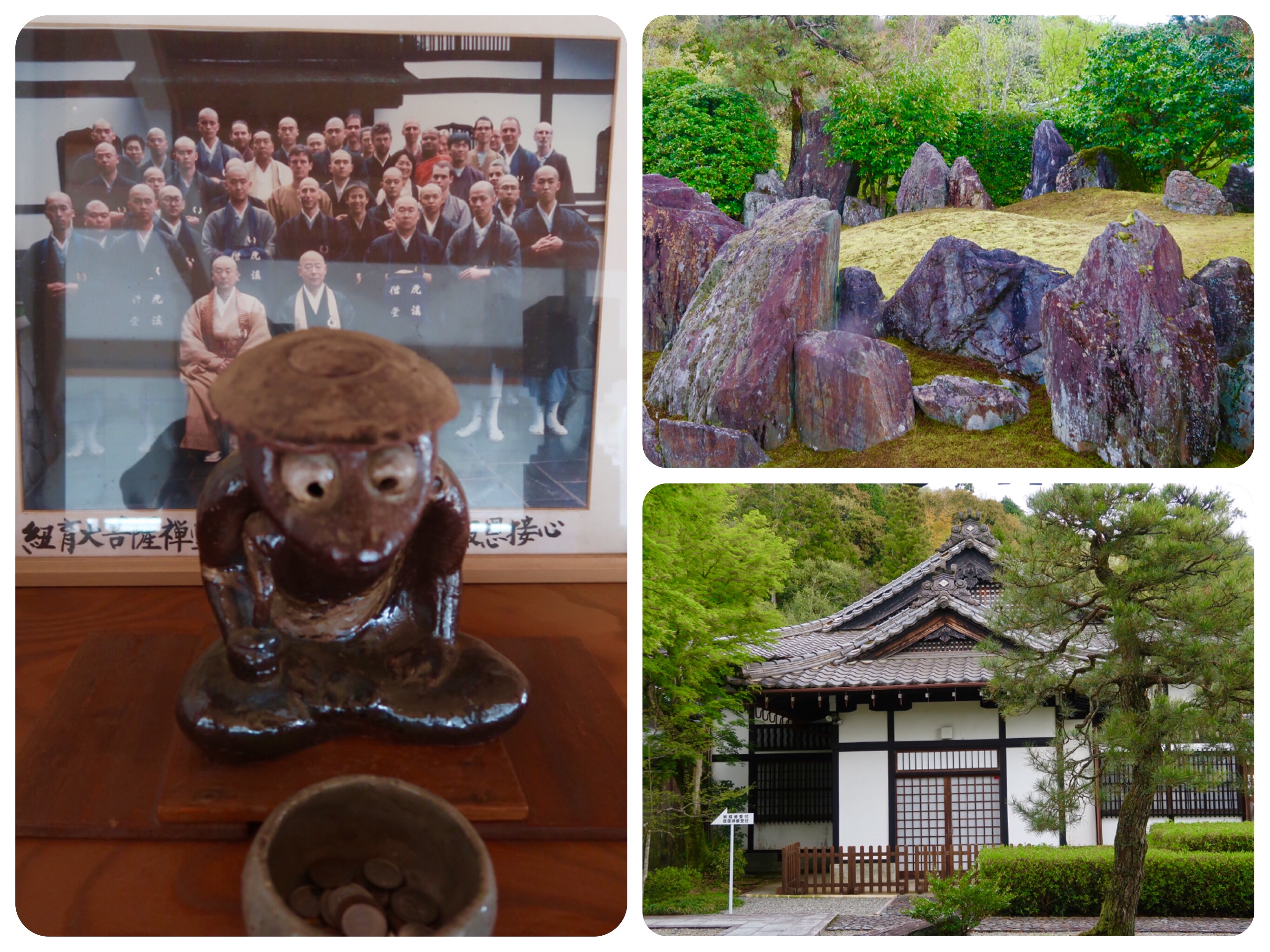 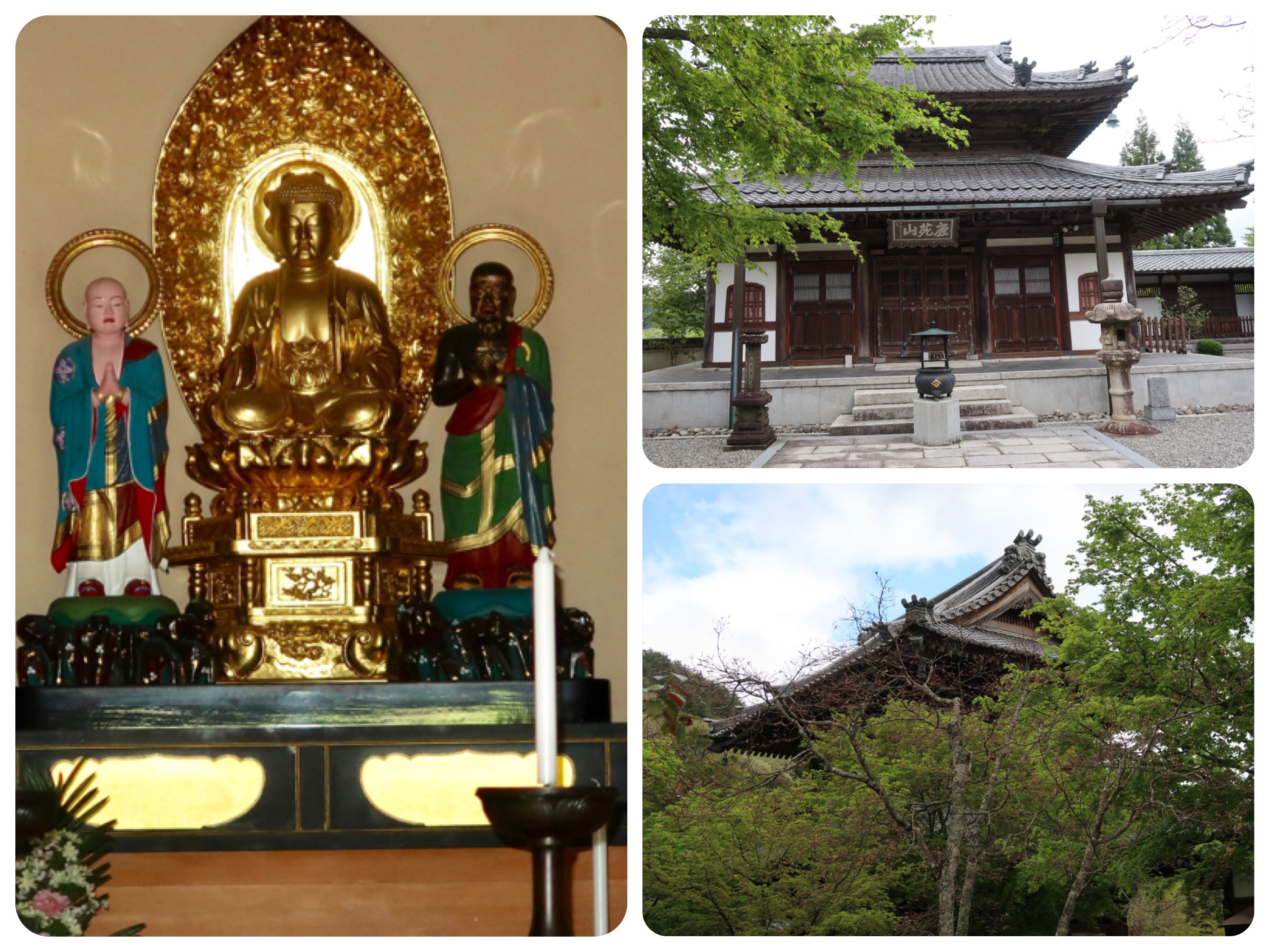 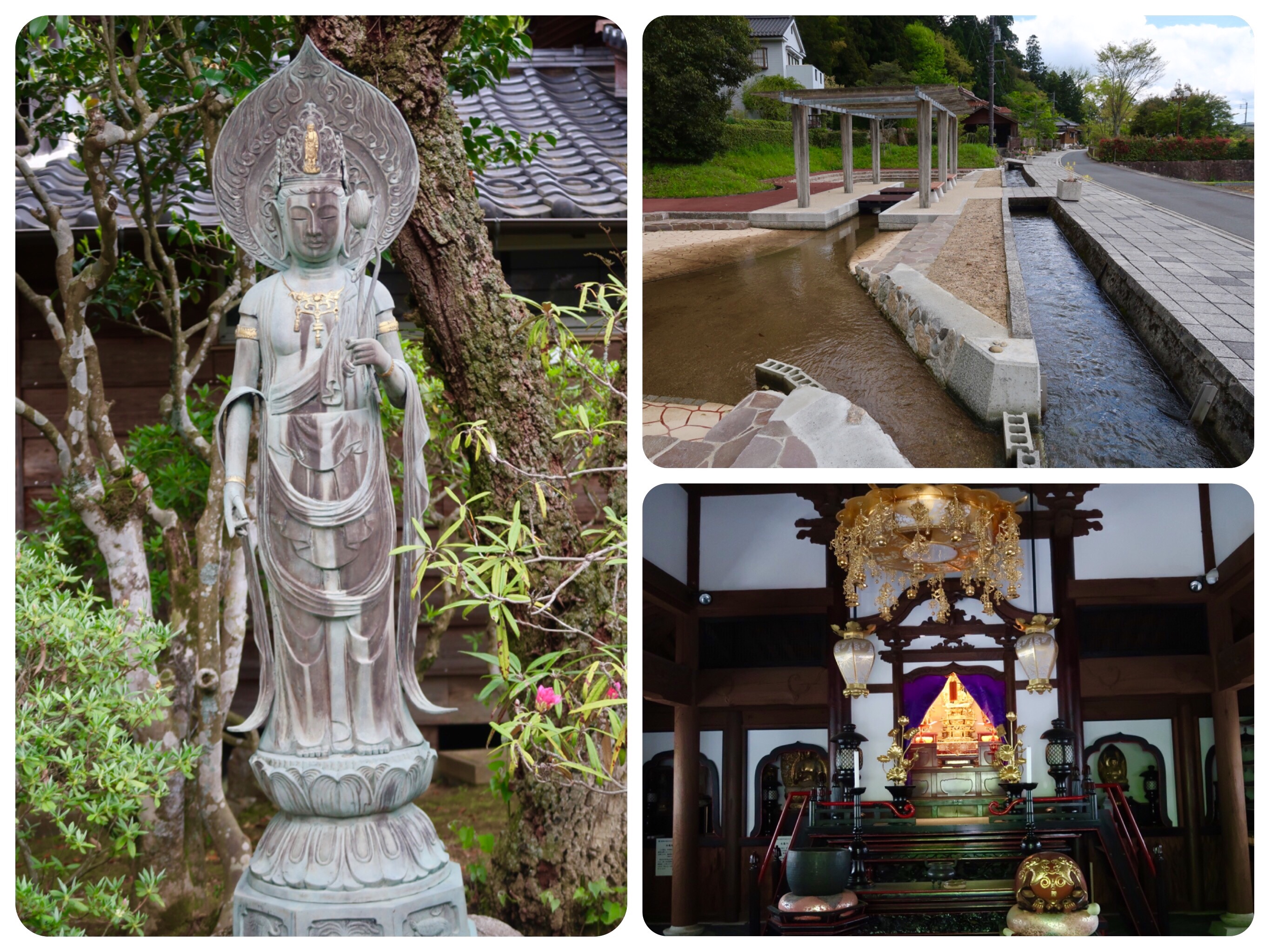 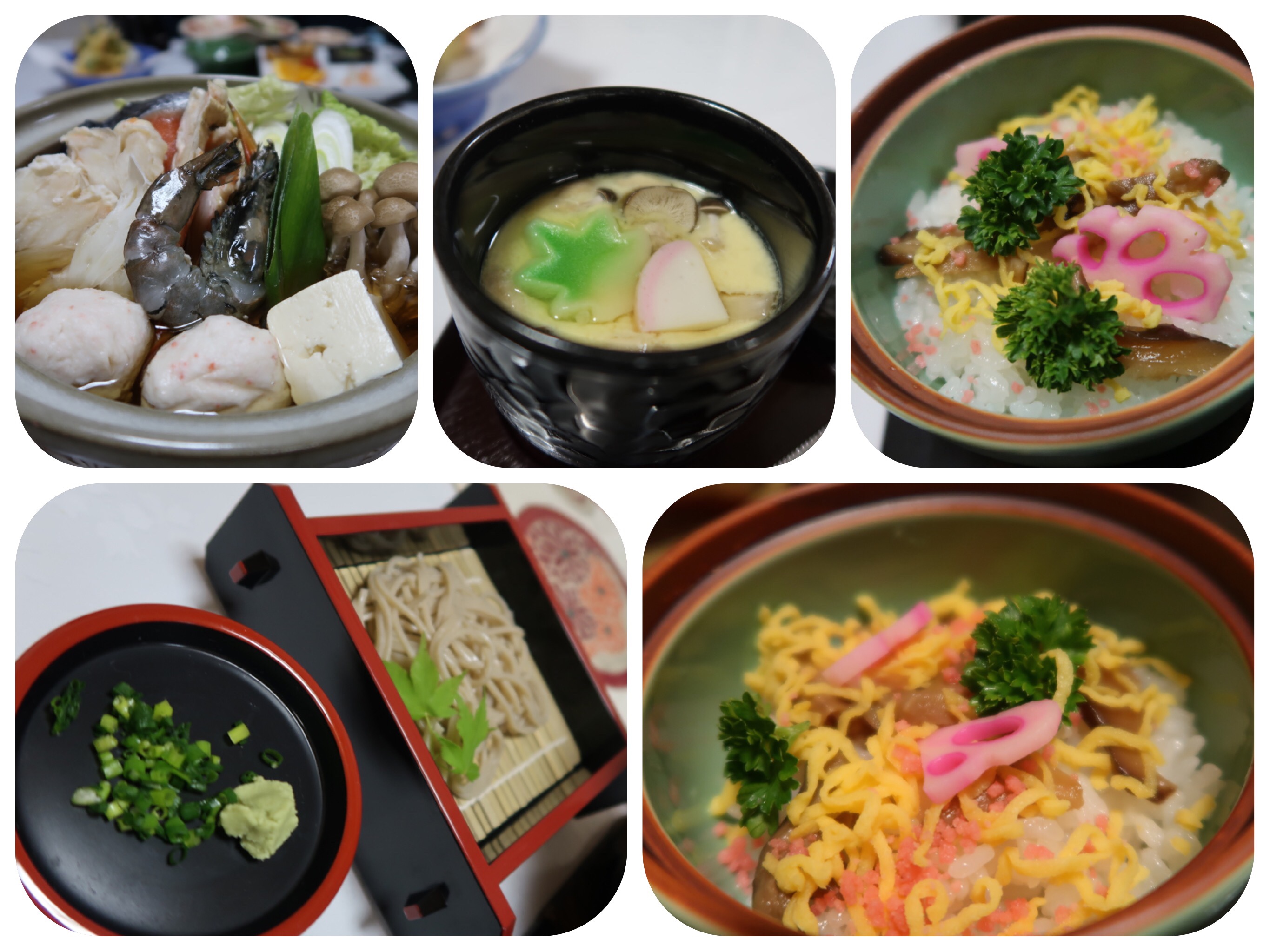 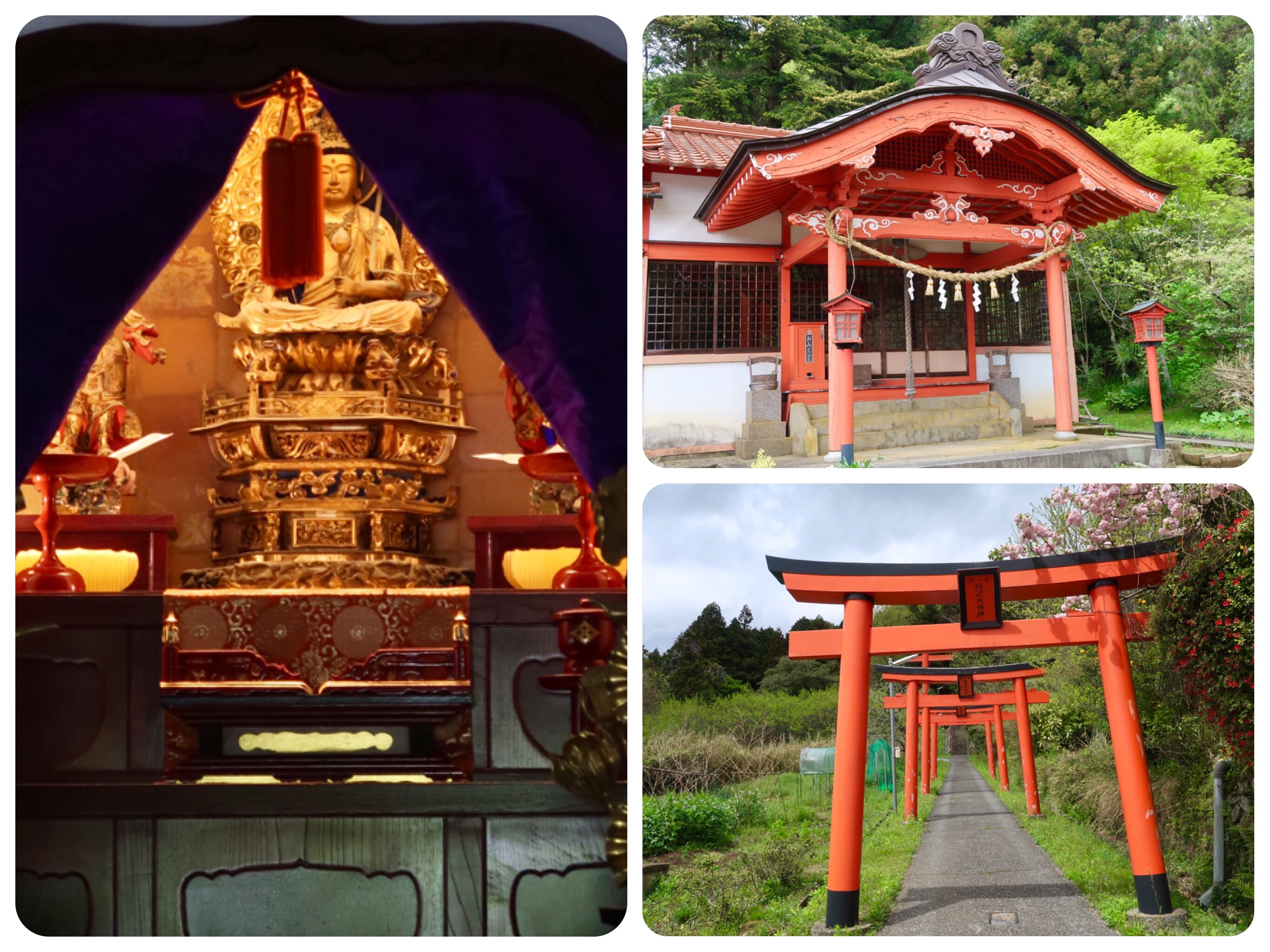 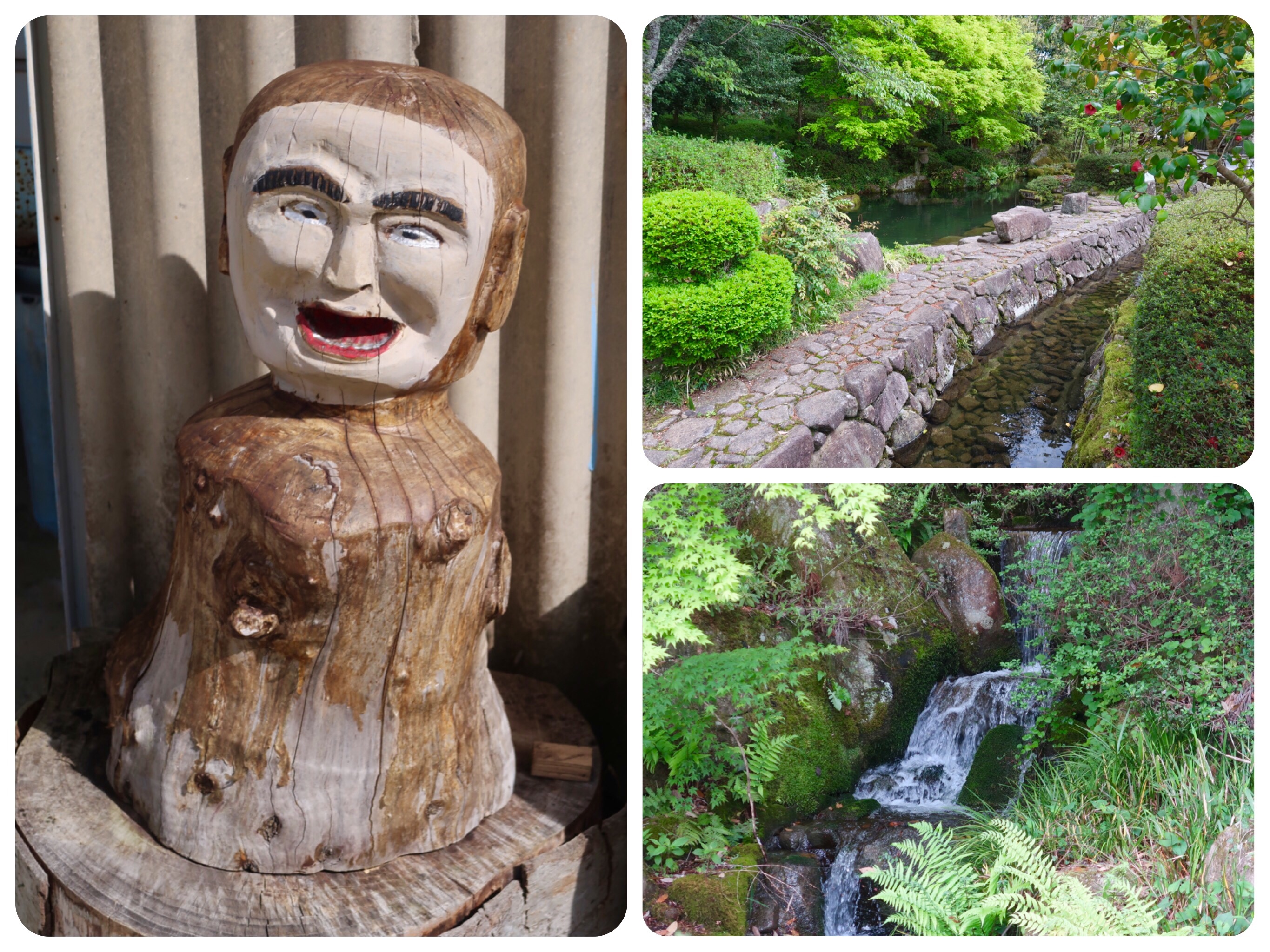 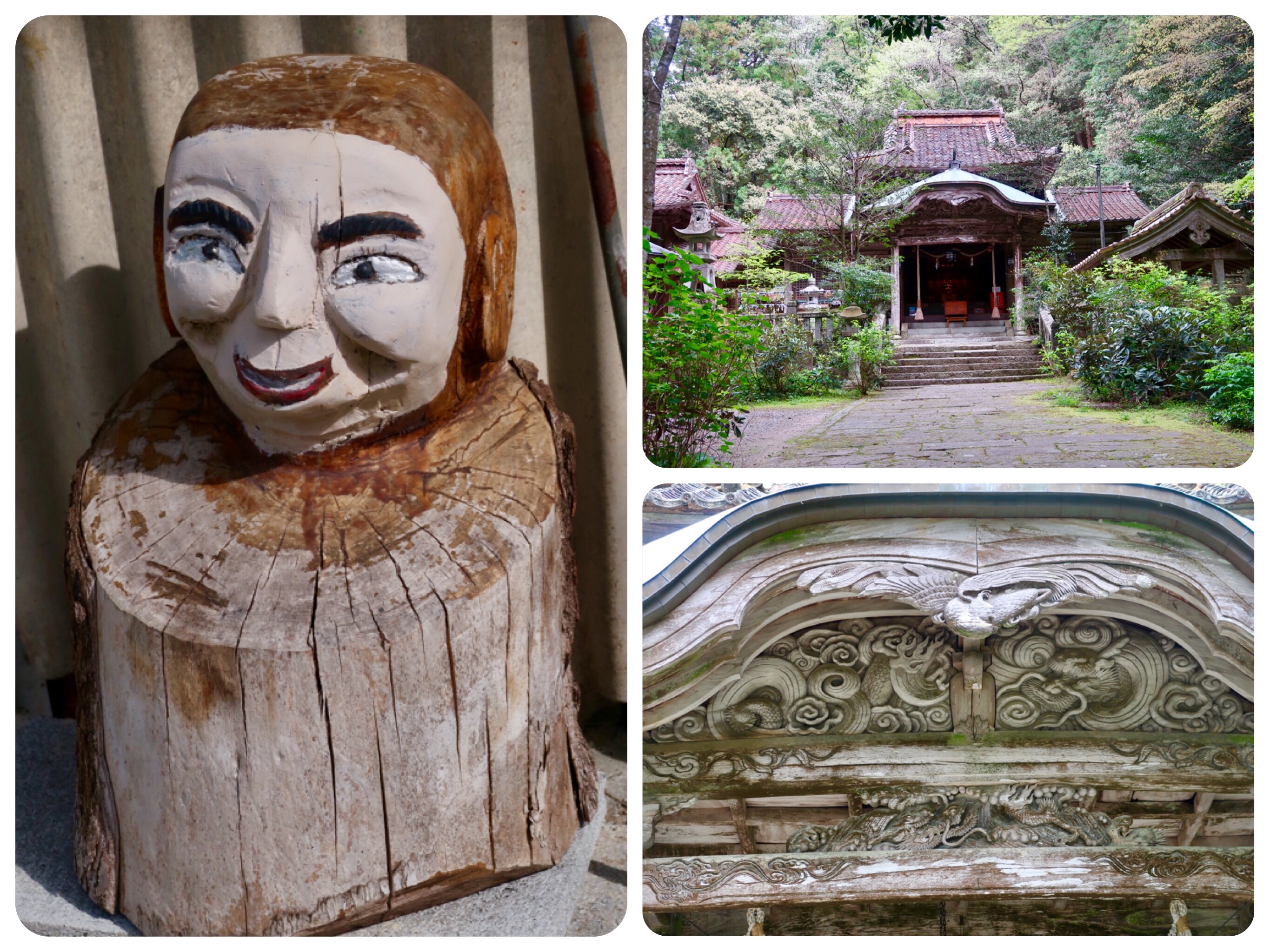 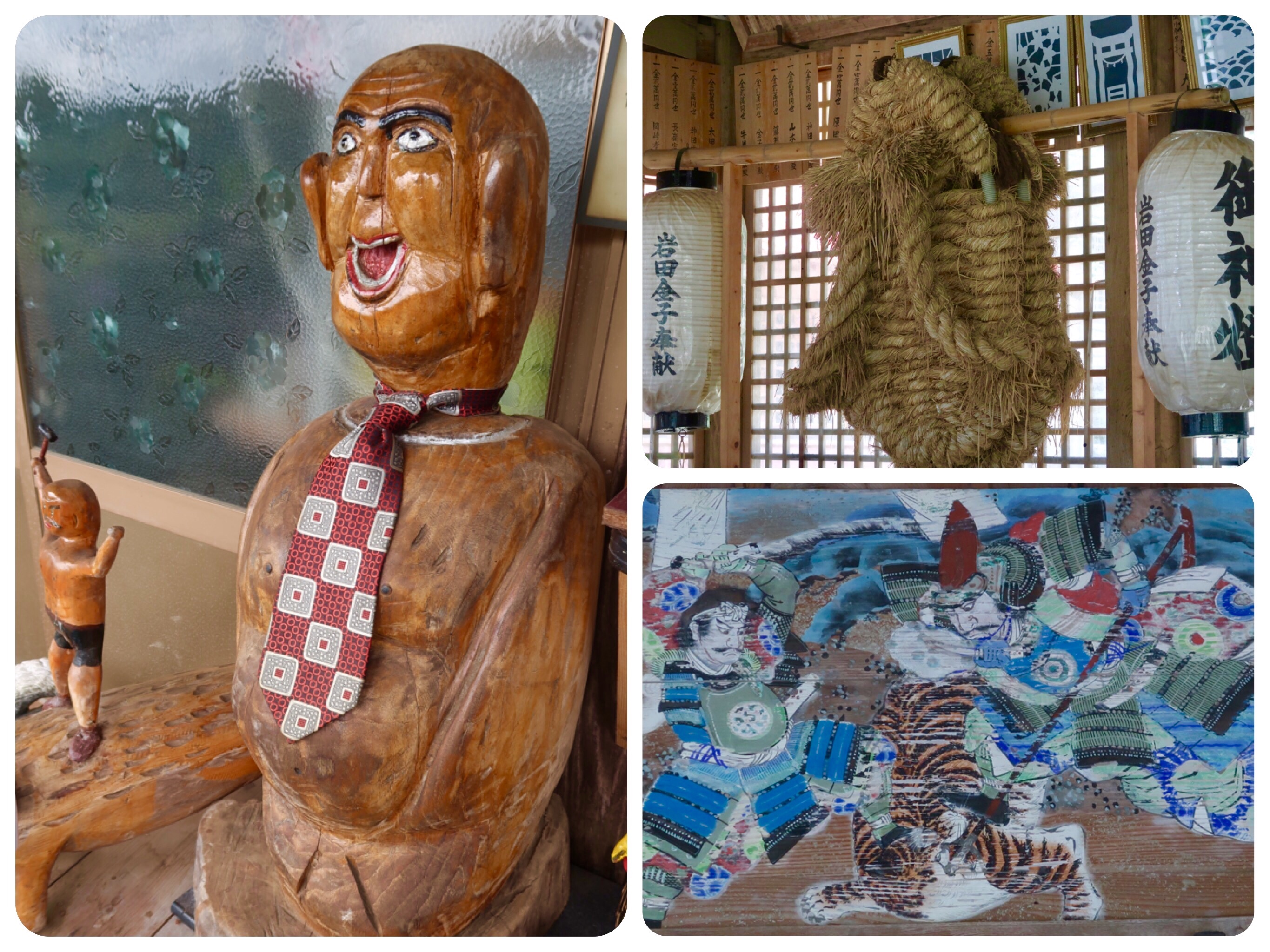 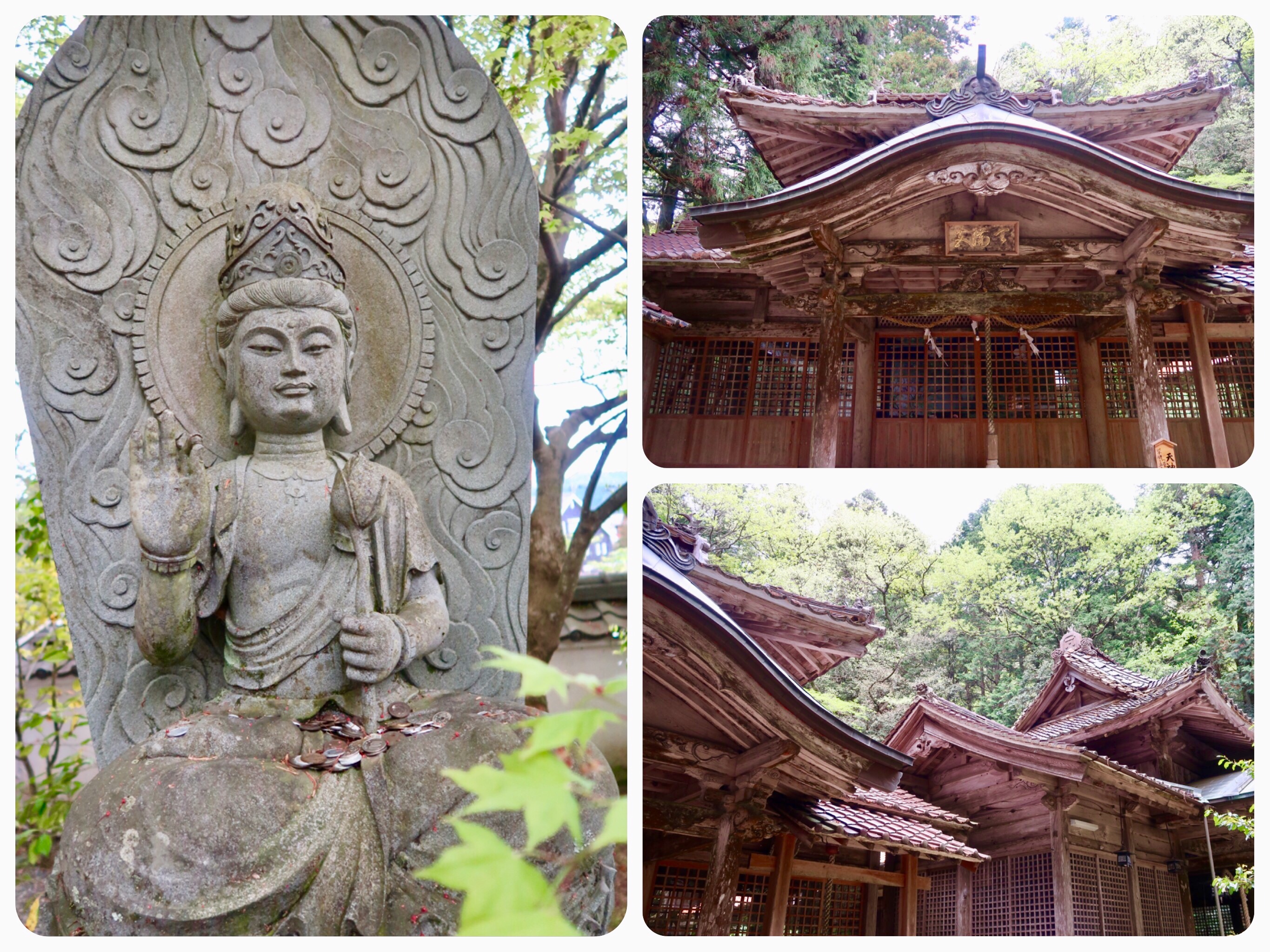 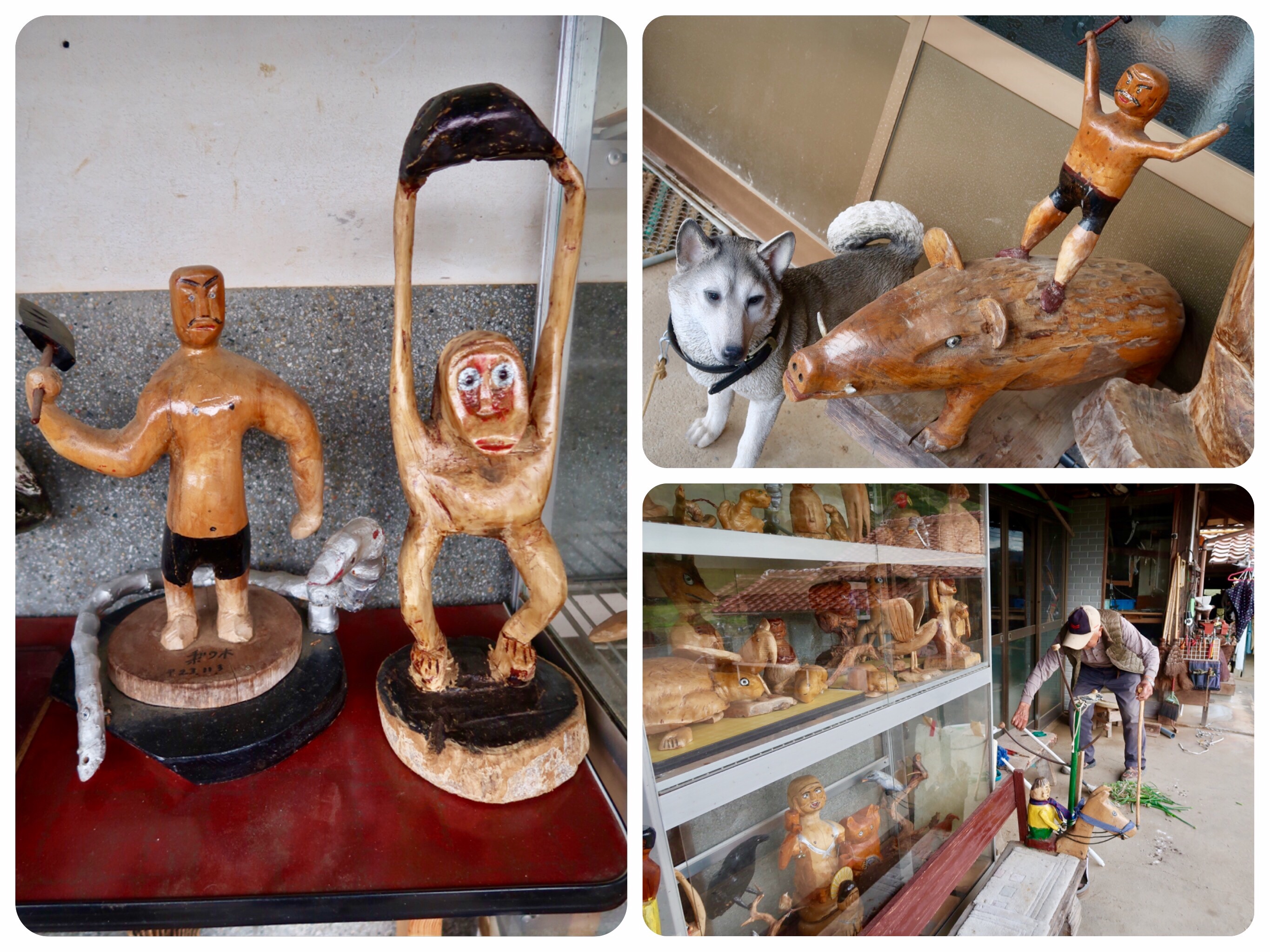 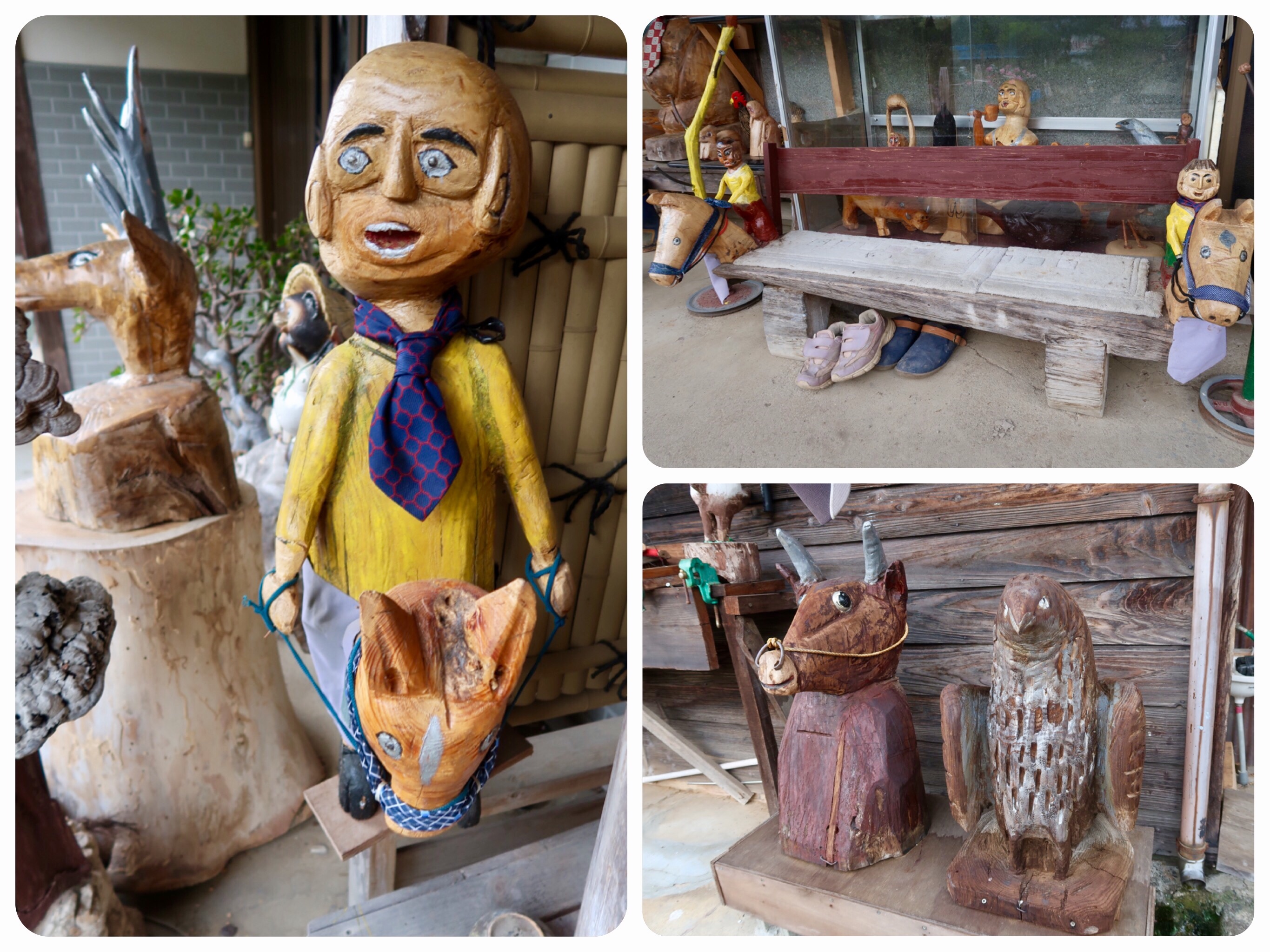 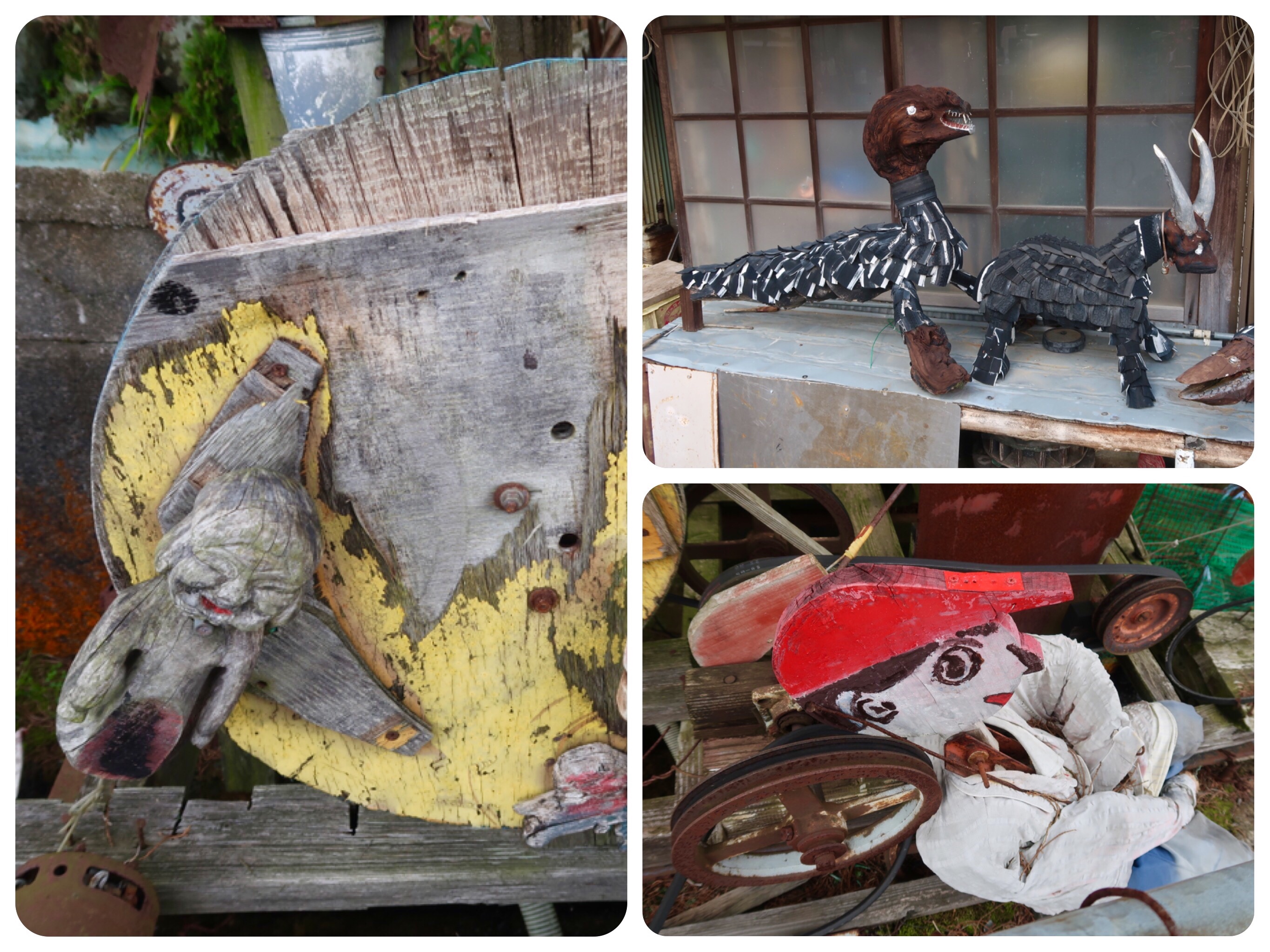 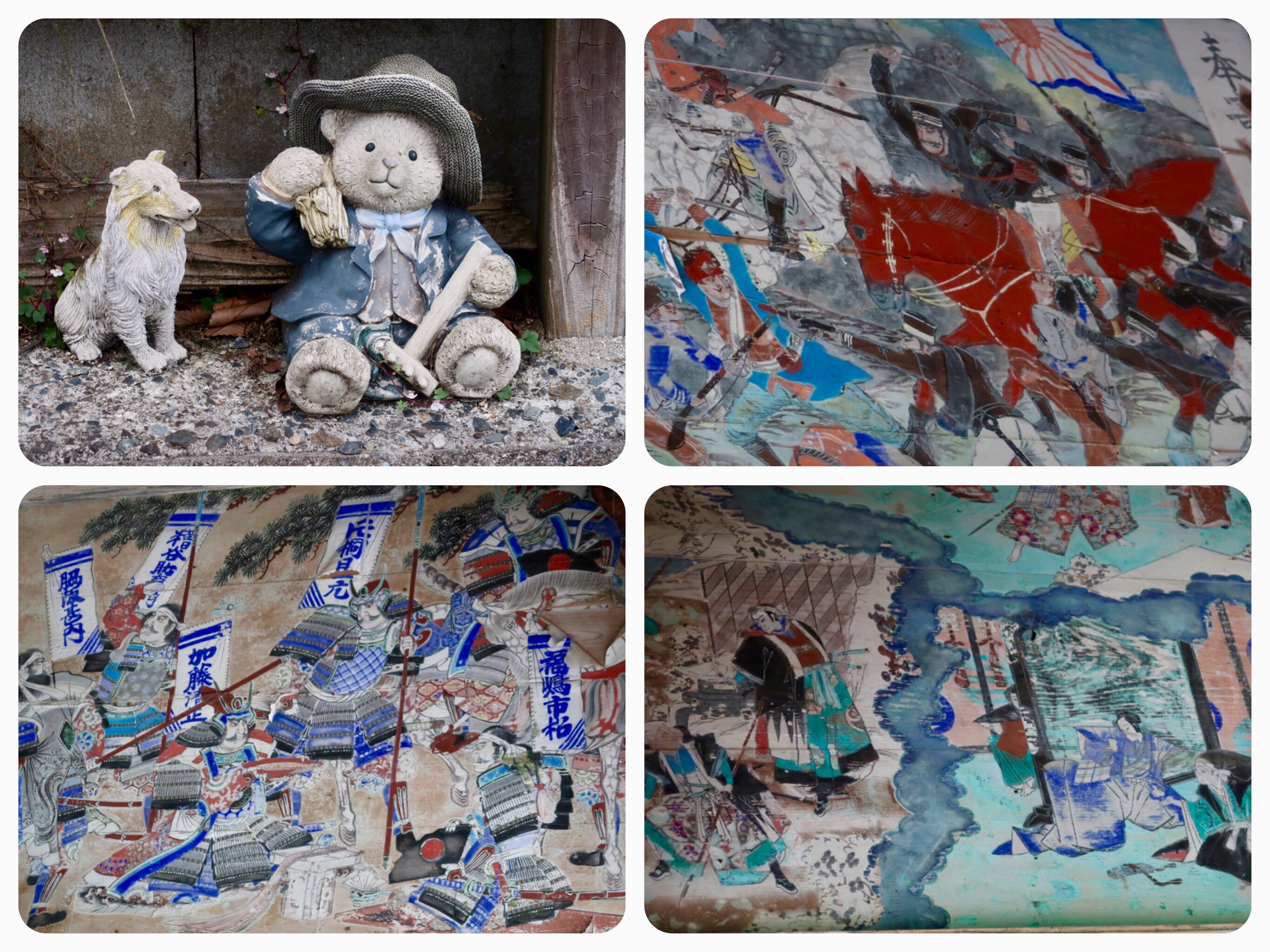 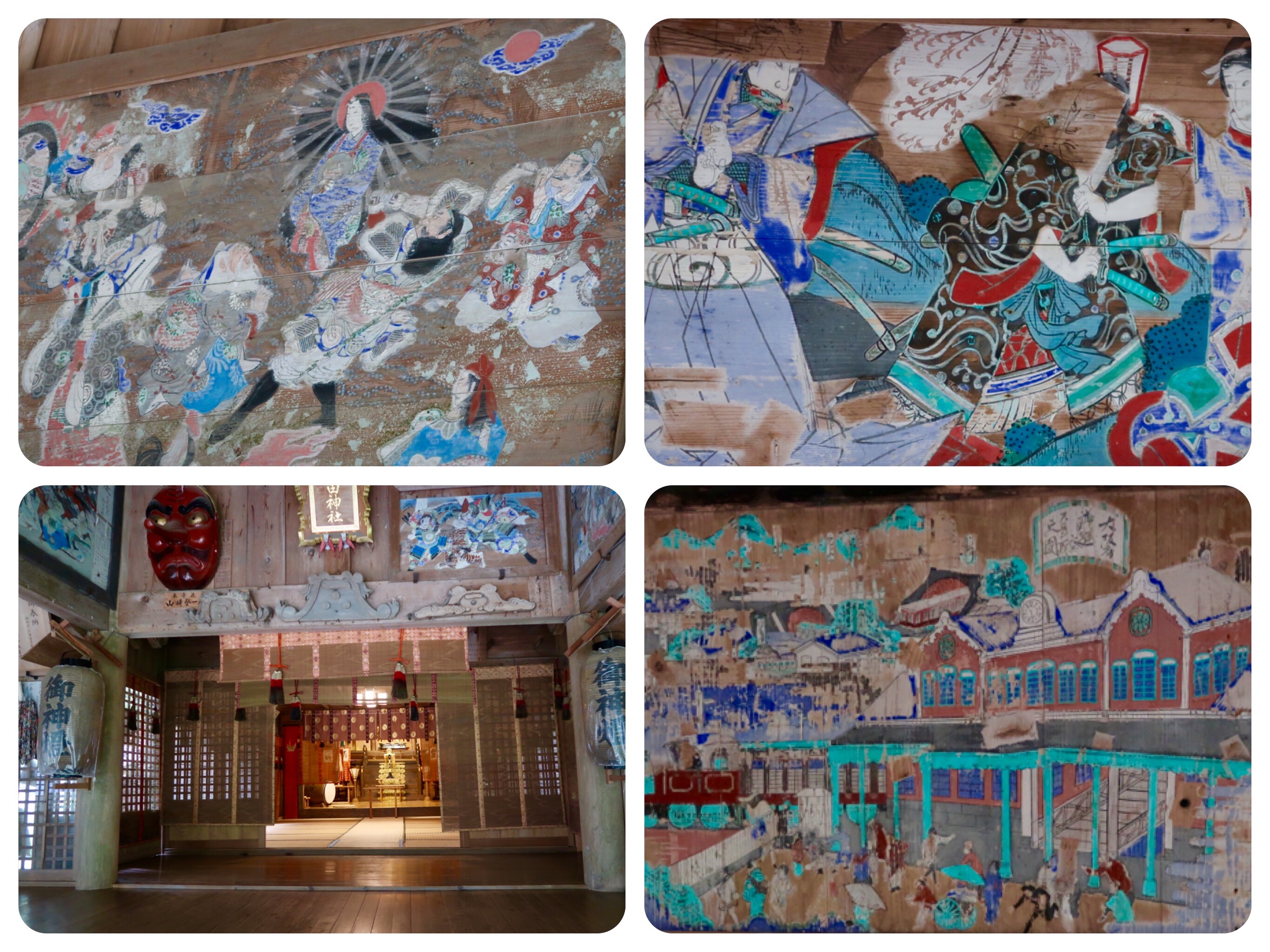 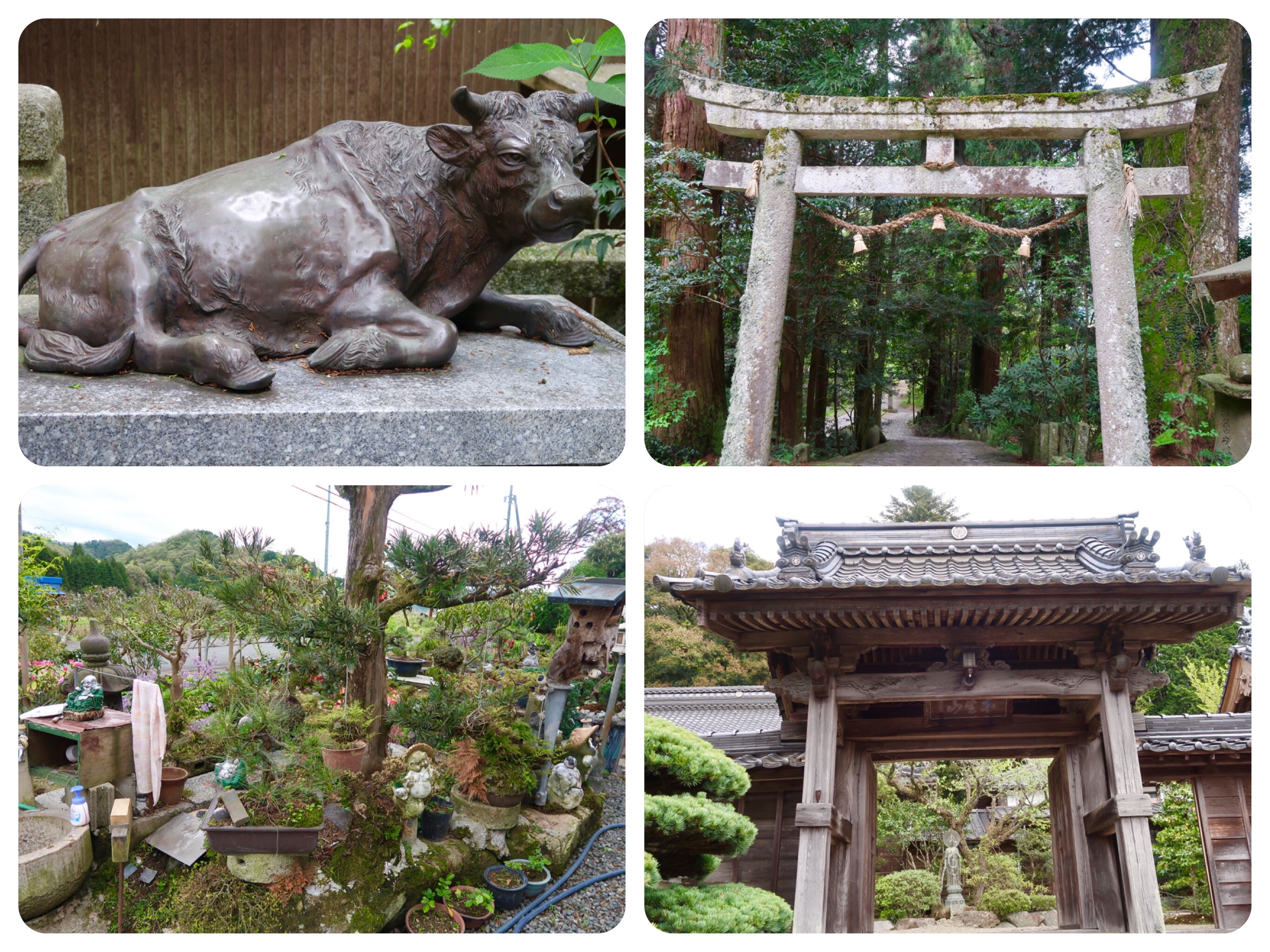 Temple #15, Kanyoji, is located in the small town of Kano, about four kilometers south of our Onsen guesthouse.

The area is very rural and scenic.
Just in case we could not make it to the temple before it closed yesterday, we left ourselves an extra day here, to visit the temple and the nearby old Shinto shrines, and to walk along the historic “water road,” that stretches along the northern part of Kano.

We are the only guests sleeping in the Onsen, although it gets lots of day visitors who come to bathe, relax and dine here.

We ate breakfast dressed in our Yukatas, and returned to our bedroom to relax and lay around.
Moments later, we both fell asleep and slept for two hours.

The forecast called for a bit of morning rain, and we had plenty of time for our temple visit and sightseeing today.
It felt so luxurious to sleep during the daytime.

The walk down to the town was through rice paddies, again passing by the Lion Rock, and we saw how it resembles the lion’s nose and how the surrounding trees looked like his mane.

The main attraction of this small town, which does not seem to get many visitors, is Seiryu Dori.
The water cave behind the temple and Seiryu street were selected to be one of “Heisei’s 100 Best Japanese Water Awards” in 2008.

The street, and the two temples and two shrines that are situated along it, is lined with giant trees like Zelkova (Keyaki), Bodhi, Camellias, Fir, Ginkgo and giant Cedar, Persimmon, Japanese cypress, Kaya (Japanese nutmeg), black pine, and Tsuga (Hemlock Spruce).

The story of the water road is as follows:

Since ancient times, this area was farmland on a mountain plateau.
Then came a period where the riverbeds were running low, and water was in very short supply.
The water wells were too deep to be able to draw water, and the villagers lived desperate lives, unable to irrigate their fields and grow food.

In the years 1651 to 1654, a visionary man excavated Shion-don cave at the back of Kanyoji Hanyang Temple, with the help of the villagers.

A vigorous spring of mineral waters gushed though the cave, providing the villagers with a source of fresh mountain water, which still runs vigorously today.
The villagers channeled the water to the rice fields for many hectares.

We visited Ryuunji temple, the old Nisho Yamada Shrine, the water mill, and finally Kanyoji Temple, temple #15 on our pilgrimage.

Kanyoji was empty when we entered.
A sign said that there is an admission fee to visit the temple, but nobody was there to collect the fee or to stamp our pilgrimage book and scroll.
We looked for the bell, called out a few times, but the temple was quiet and empty.

We decided to spend some time, praying, chanting, depositing our Osamefuda and looking around, with the hope someone would notice us and come.

The Zen garden was stunning.
This ancient temple is known for its elegant garden, with rocks and white pebbles raked in circular patterns.
There is also a section that looked like the curves of a river, after an old scroll painting of the Heian period, that is called: “The Garden of Kimata Tanka’s feast on the curve of the river bank.”

We took off our shoes and walked through the beautiful interior of the temple.
We walked on very wide wooden floors, polished by time and smoothed by many warm feet.

We admired the harmonious design of the rooms, and how they relate so beautifully to the garden and the outdoor spaces.
We saw the spring gushing out of the old cave in the back of the temple and when nobody came, we sat to meditate near the main hall.

I put the timer on my phone and we meditated, with our backs against the wide wooden columns.
I could hear the water running in all directions, from the front canals, to the back and down the little rivulets along the street.
It was very soothing.

The Kanyoji Hanyang Temple belongs to the Nanzenji Zen school of the Rinza sect of Buddhism.
It was built as an answer to a prayer for safety and healing in the year 1374.
A Kannon Bodhisattva was enshrined as a guardian of the temple by a Buddhist Zen master, Azure Akira.

The story says that he was a doctor and a Zen master who went to practice in China.
When he returned, his ship encountered a major storm at sea.

He knew that the ship was likely to be shipwrecked.
He had one precious possession with him, an eight-leaf mirror that his mother gave him as a protective cameo for his trip to China.
He also had a piece of fruit given to him by the Zen master, Shuzen Sensei.

He threw the fruit into the sky and said, “I will worship the Kannon Bodhisattva in the land where this mirror and the fruit will land.”

He returned home safely and established this temple, dedicated to Kannon, in this location.

We continued to walk around the temple, when Jules suddenly spotted the intercom bell.
We rang it and in a moment the wife of the priest was there to stamp our scroll and pilgrim’s book.

We decided to walk to a cafe that I saw on the map.
It was a place that made and sold all sorts of Wasabi products.
The cafe was closed, so we bought some pastry and ice cream from their shop and ate it on a wooden bench in the shade.

The food we bought was not very tasty, so we threw it away and went over to the only supermarket in town, and bought ice creams and ate them on our way back to our Onsen guesthouse.

Along the way, we passed by the farmhouse of an old man, who is a wood carver.
All around the outside of his house he had some amazing and very expressive naive woodcarvings, and we got to see dozens of his charming pieces.

Total distance walked on the pilgrimage so far: 413 Kilometers