Day 12 – The Chūgoku 33 Temple Kannon Pilgrimage, Japan – Meeting a True Master Along the Road to Higashi-Hiroshima 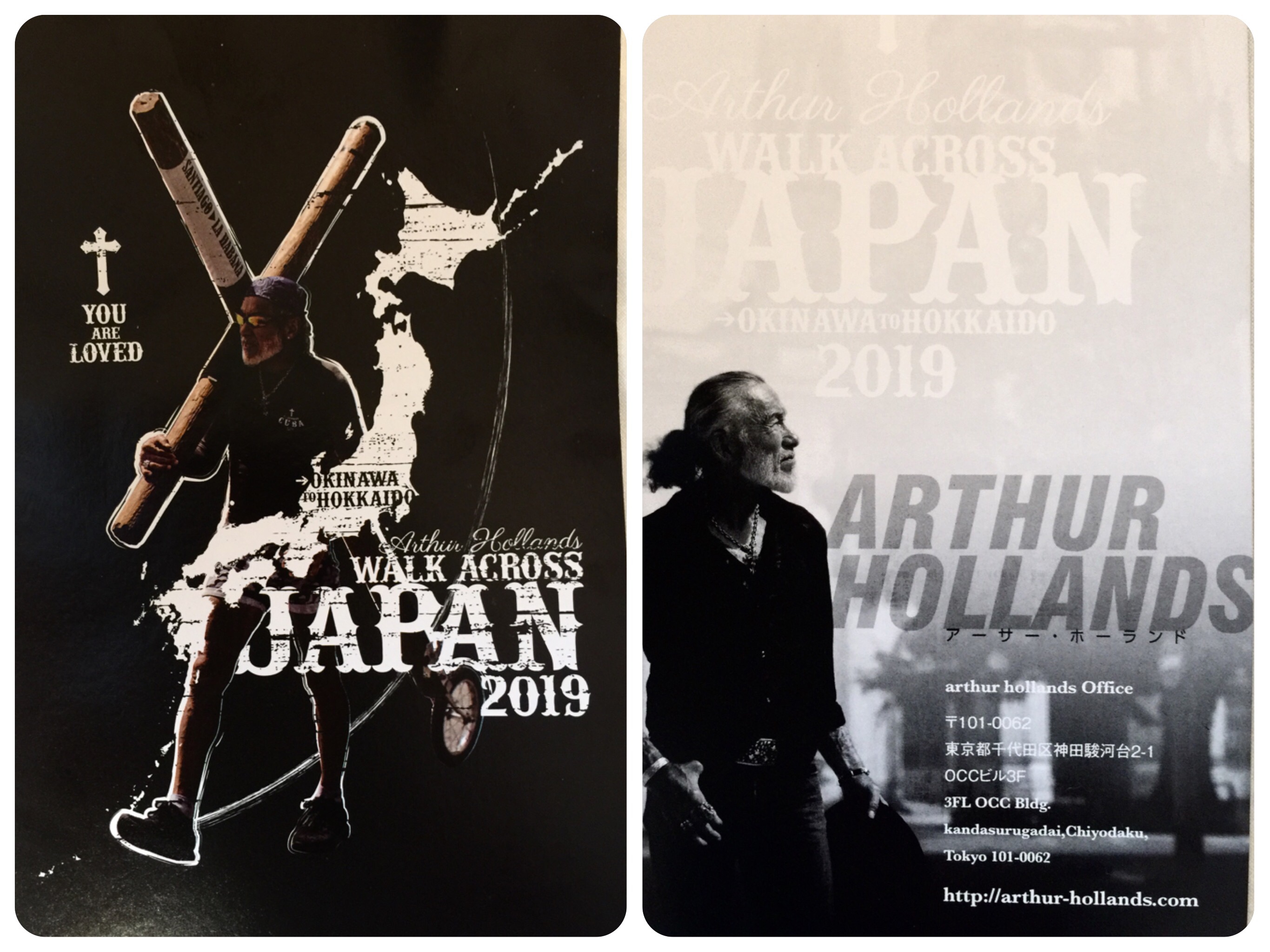 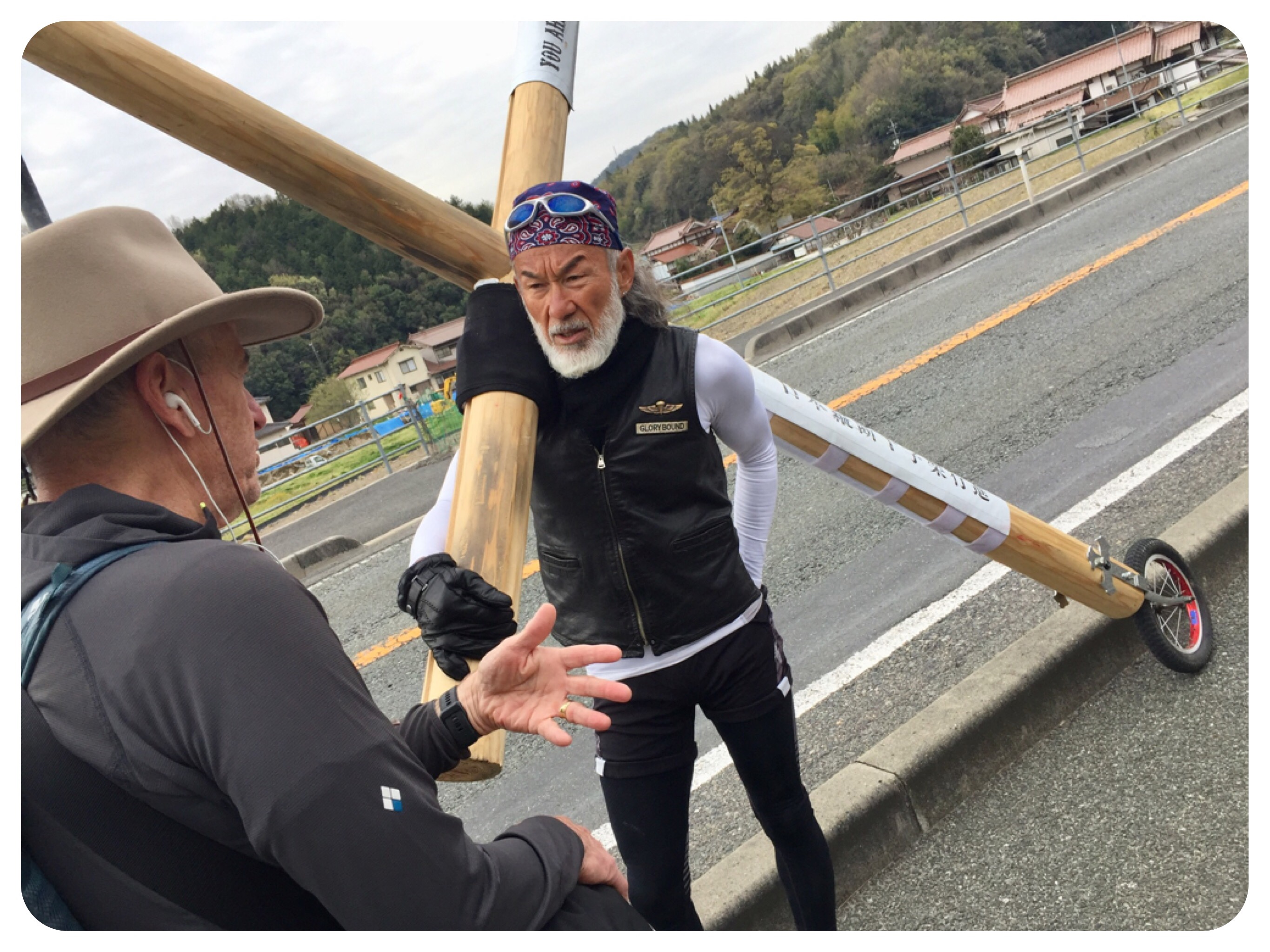 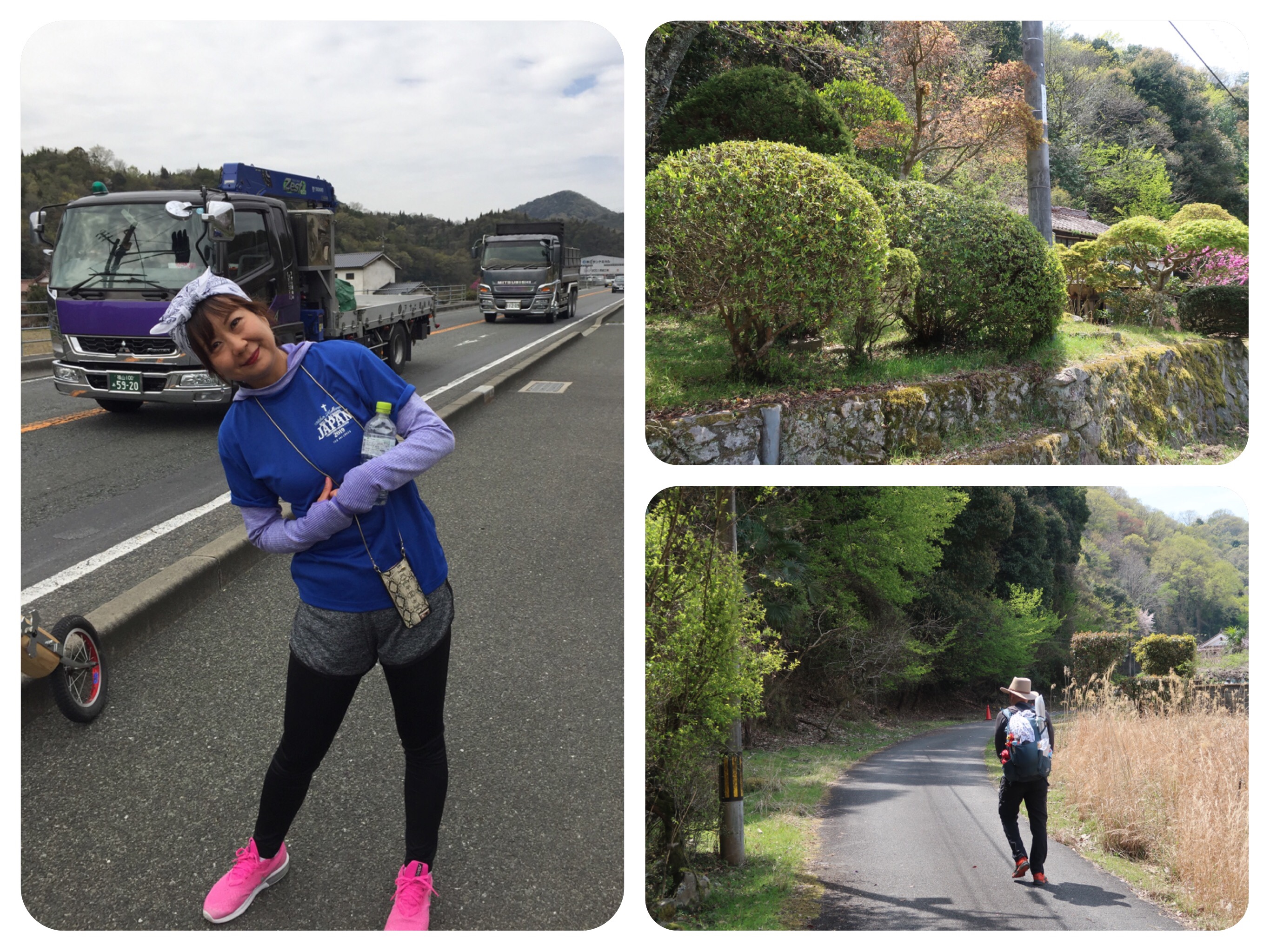 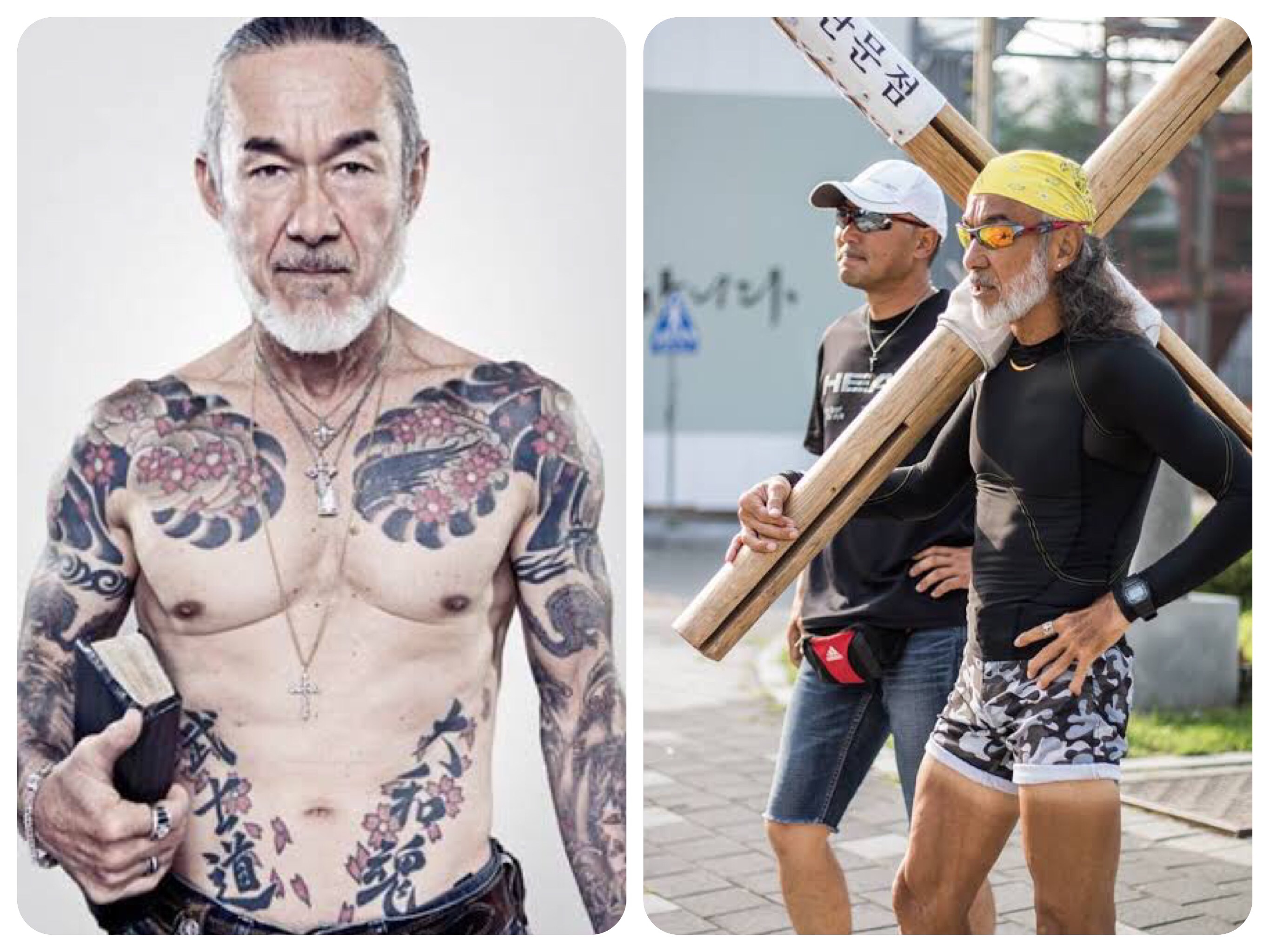 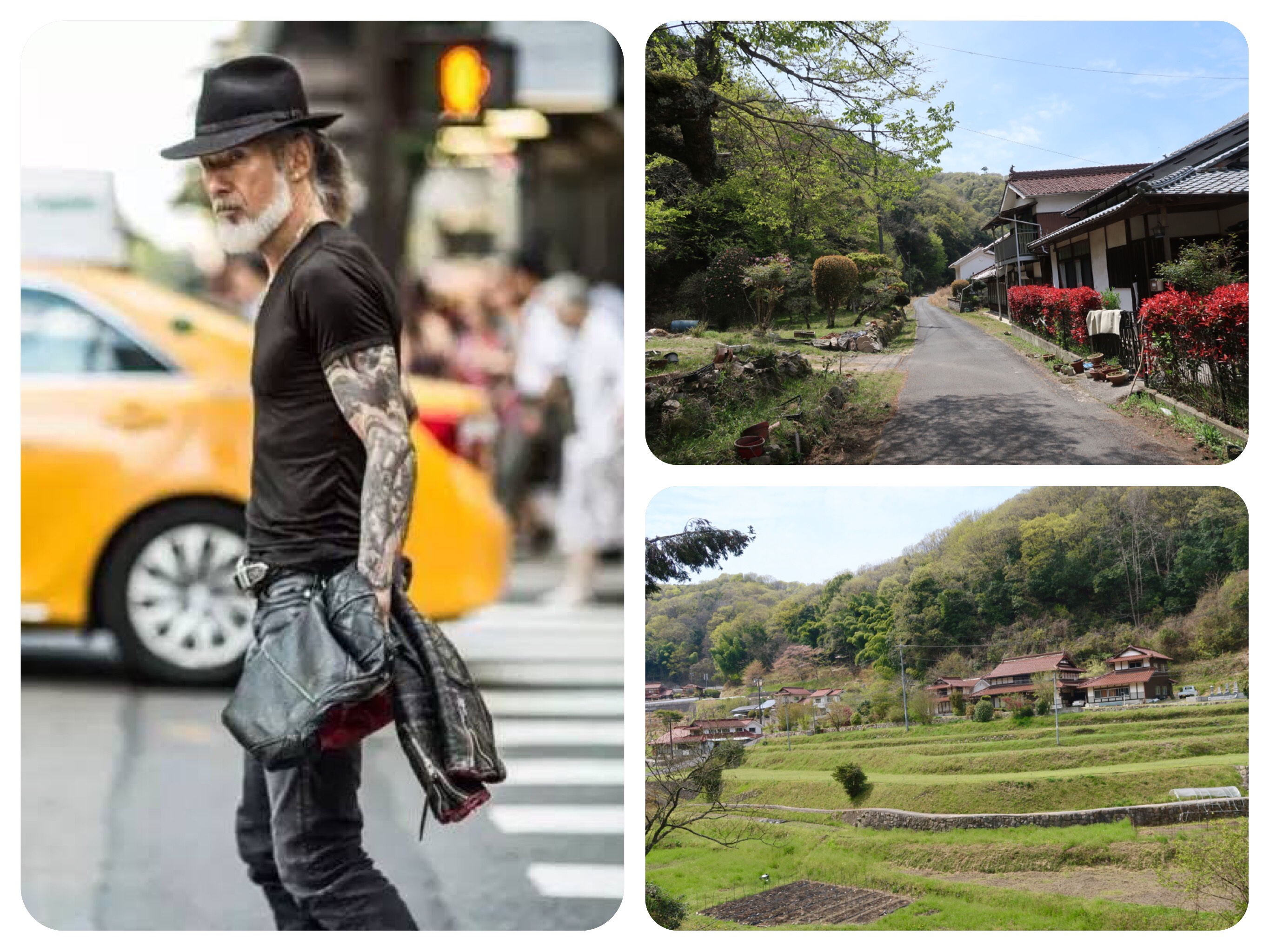 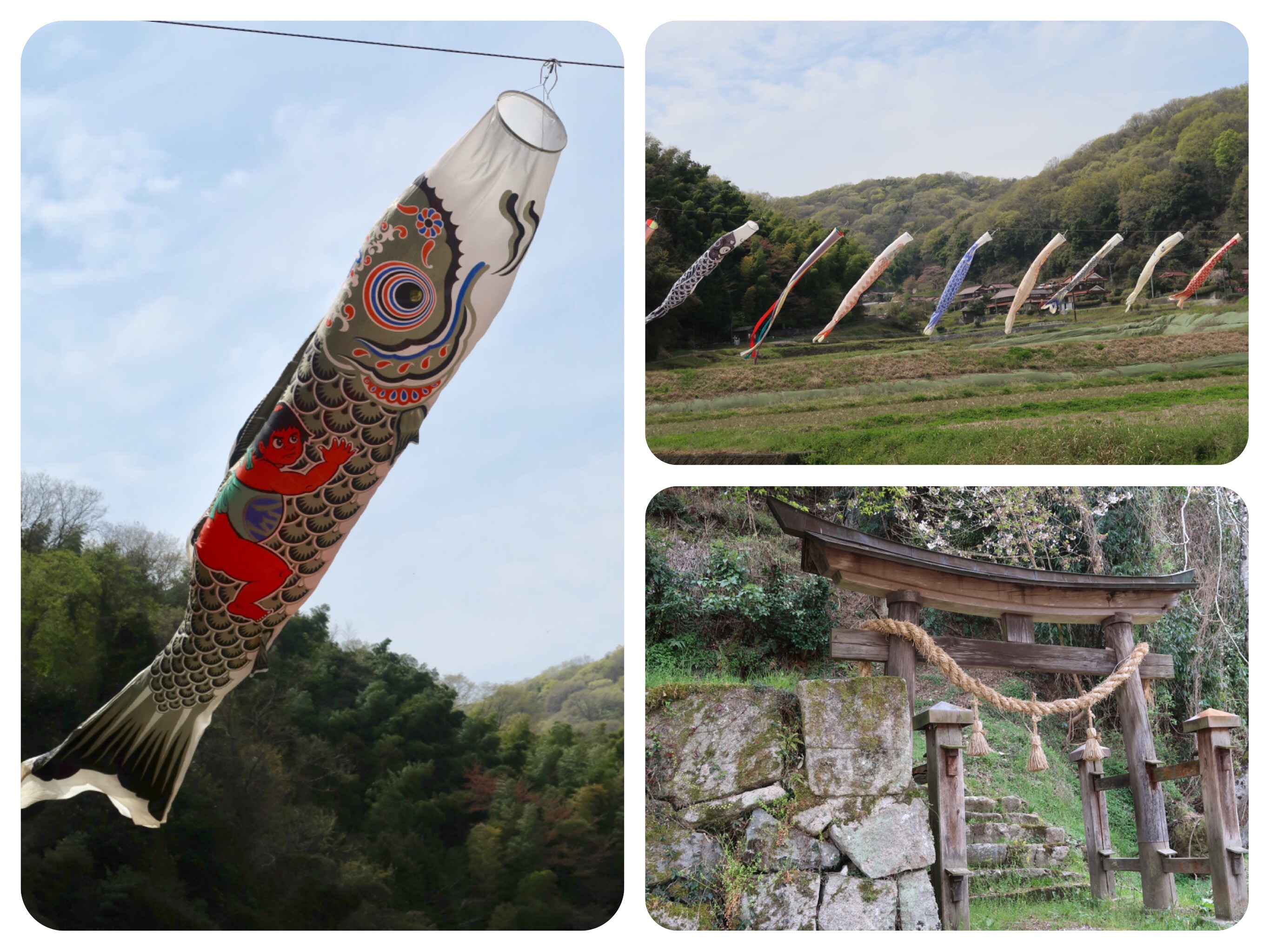 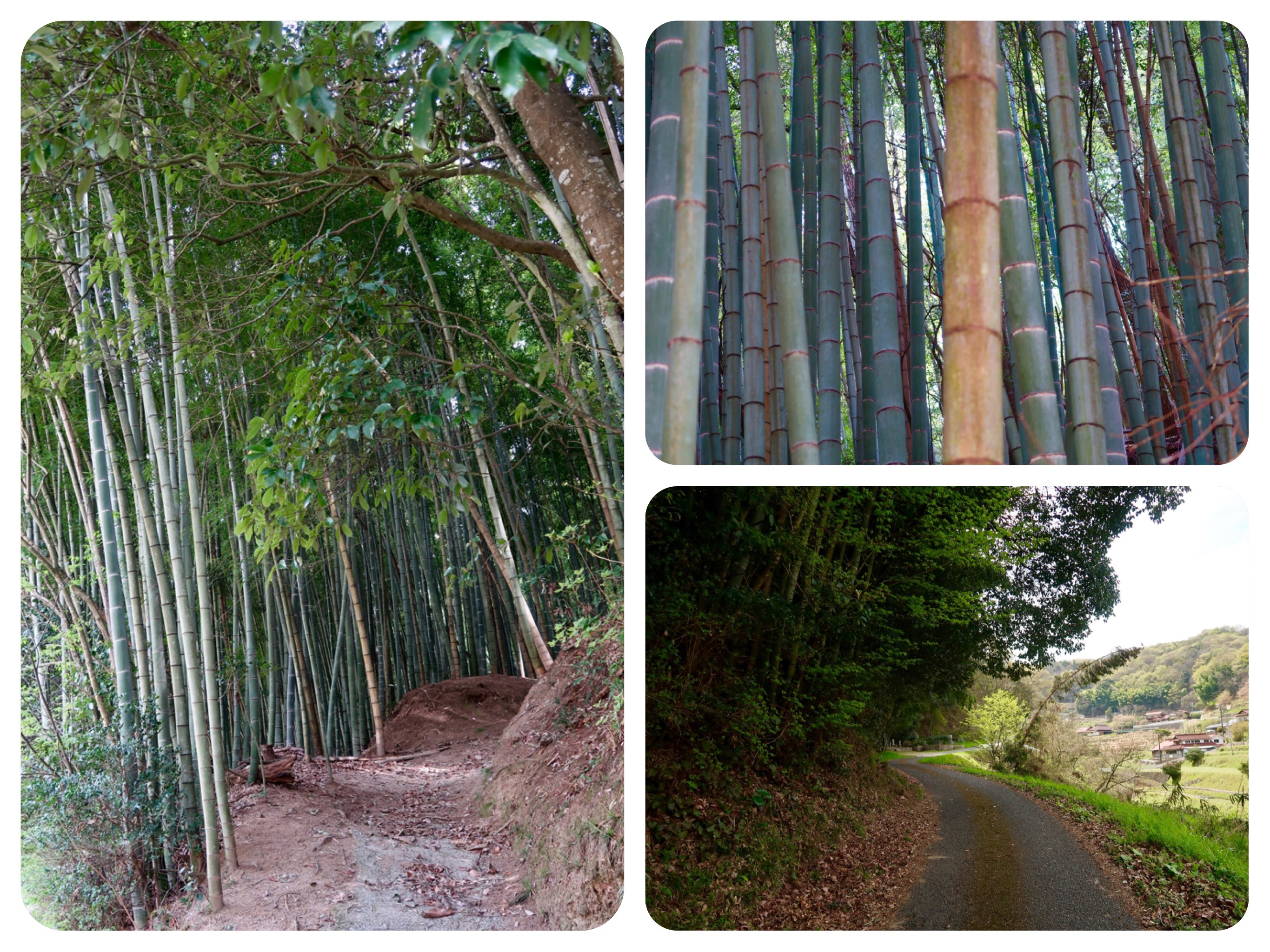 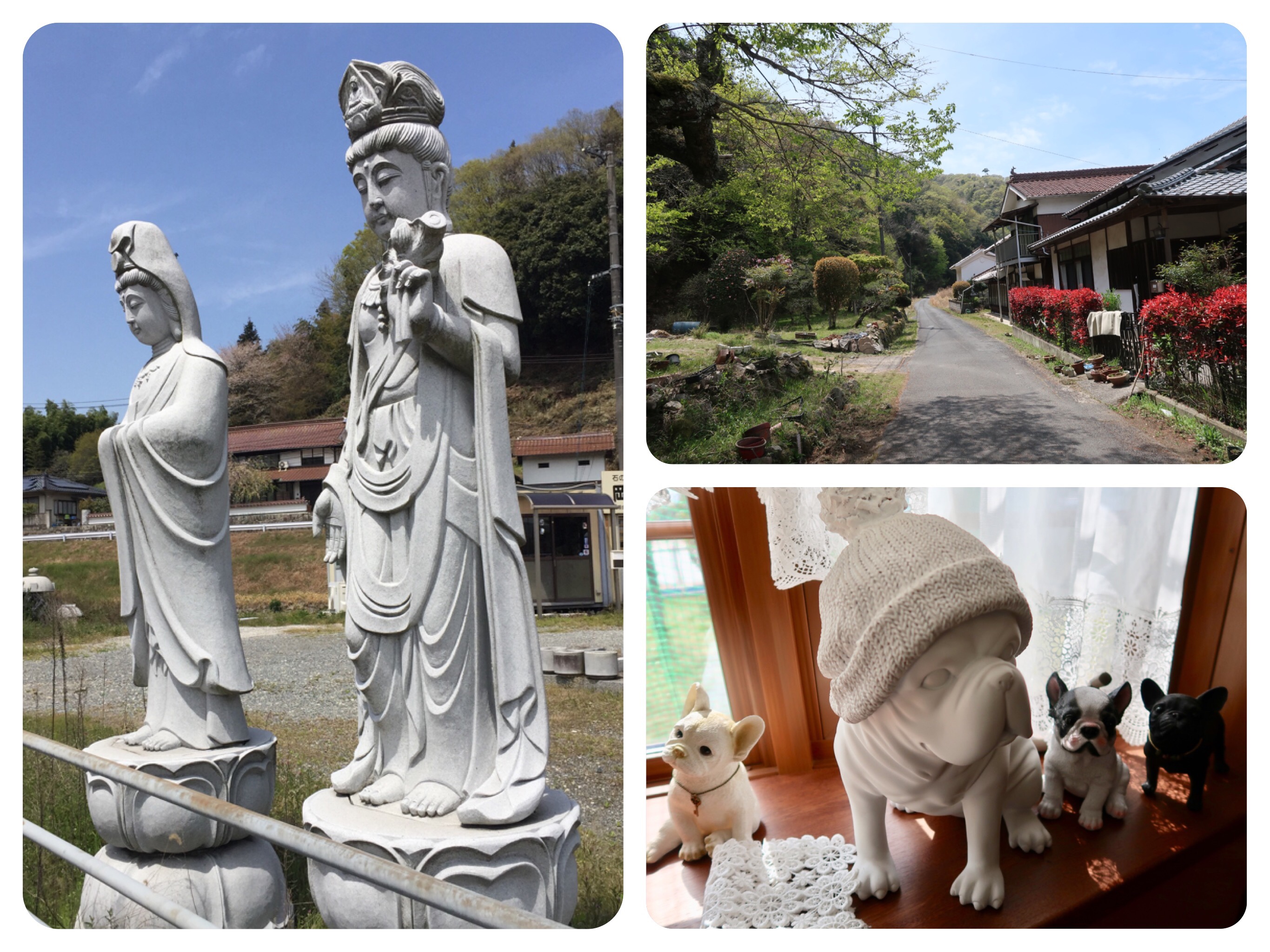 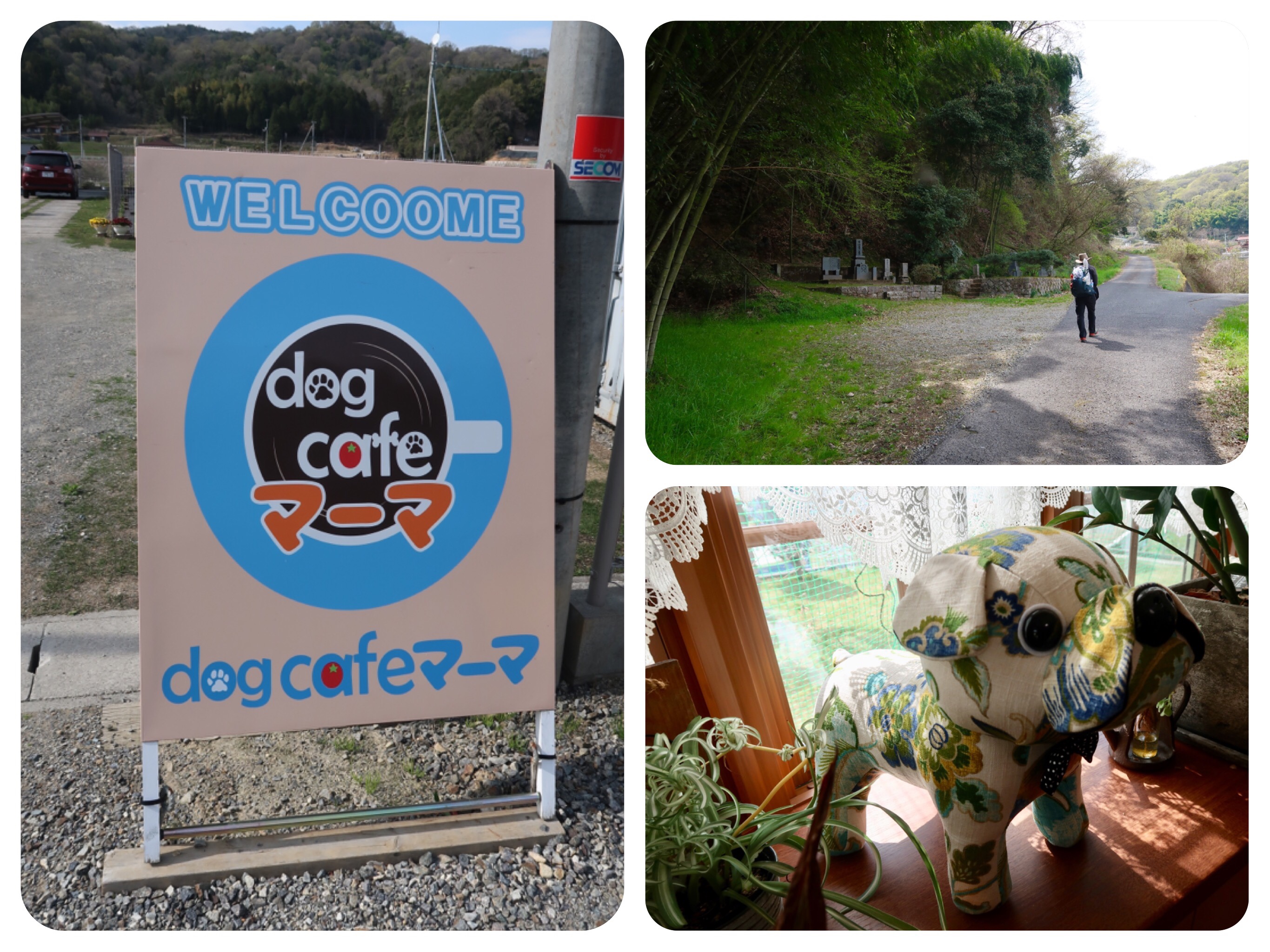 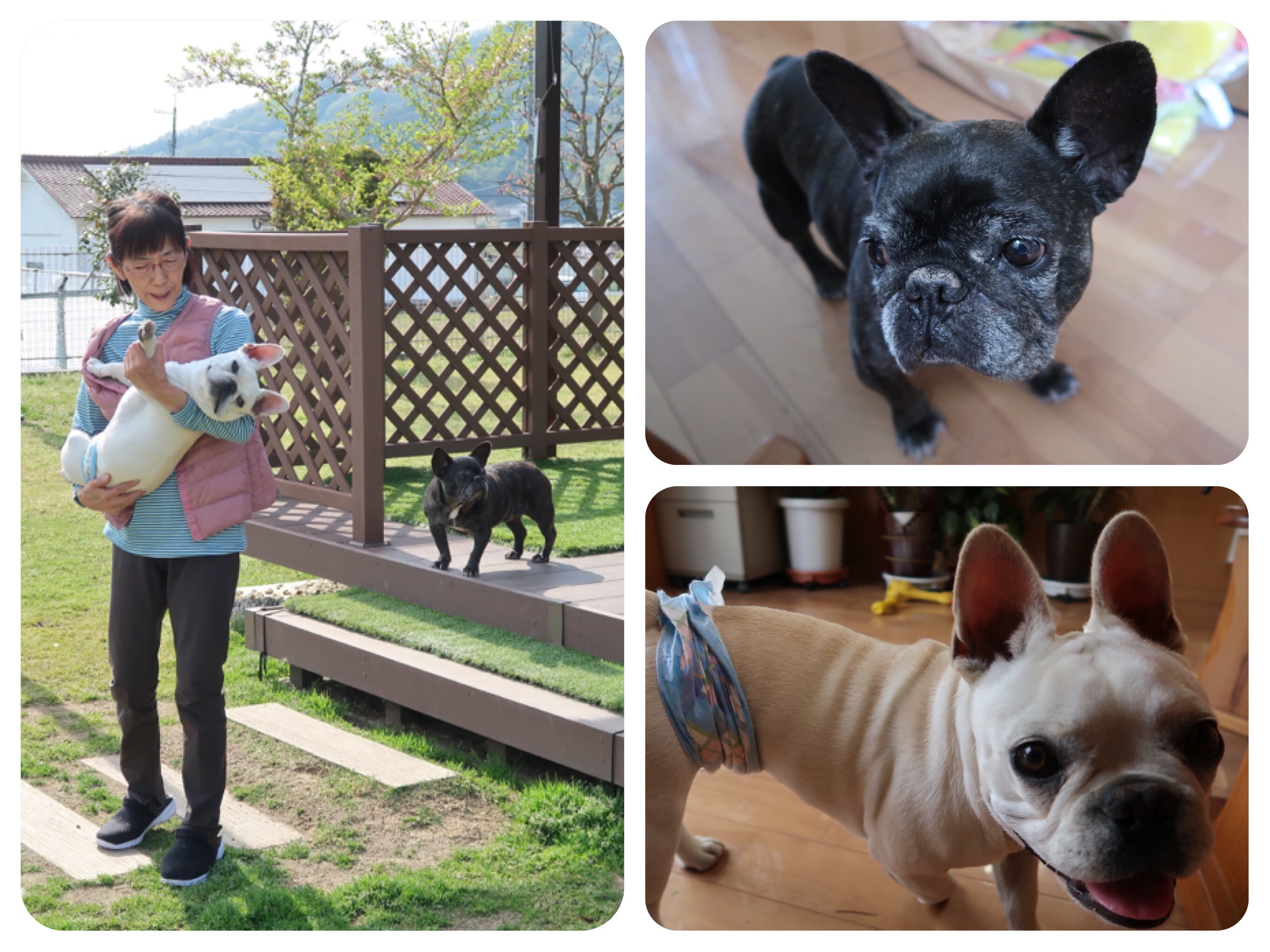 Day 12 – The Chūgoku 33 Temple Kannon Pilgrimage, Japan – Meeting a True Master Along the Road to Higashi-Hiroshima

There is a saying that on a pilgrimage, you will meet on the road each day both your inner demons and the Buddha.

Well, every day on this pilgrimage I have met and faced my demons, no doubt about that.
And it is true that we have also met unbelievably kind people, with the Buddha nature shining through their demeanor and personalities.

But there is a small difference between people who are in alignment with the Truth but are not consciously aware of their Buddha Nature, and someone who walks the earth with the full awareness of his powers and divinity.

Today I met a Buddha, although he would have much preferred to be called a Christ Man.

The weather has turned hot.
Everyday we are walking in the sun, feeling hot and tired.
My backpack is heavy, my feet throb, my leg muscles hurt, from my feet all the way to my butt.

My back hurts from carrying my backpack, and I finally figured out why my right knee is so achy and stiff.

At the end of ski season, we skied on a very stormy day.
But the weather was getting warmer, which makes the snow wet and very heavy.
I usually prefer to ski groomed slopes, but we had visiting guests, so we took them skiing.

I was skiing on a black run, when two sets of students with their private ski instructors blocked the middle of the slope.
There were trees on both sides of the run, so I skied through to another run, one that nobody was skiing on.

The heavy wet snow was up to my knees.
This was not fluffy powder snow; it was so heavy I could barely lift my legs.
Then I fell.
It was a pretty bad fall.
I had to release my ski and go up the slope to retrieve my other ski, because nobody was coming down that run.

When I finally skied down to the bottom, I had a bruised elbow and my legs were shaking.
That was my last day of skiing this season.
I was not aware until we started walking the pilgrimage, that I had also bruised my right knee.

But even though I am walking much slower and my knee hurts, I am determined to continue the pilgrimage.

We have been walking towards Hiroshima from the east.
There are many Buddhist temples on the route, but not ones listed on our pilgrimage.
We planned to cover the distance in two days, and to stay along the way in Higashihiroshima.

I chose to walk along the old route to Hiroshima, Route #2, which used to be the main road to Hiroshima.
A new expressway was built, and most of the businesses along Route 2 have gone out of business.

Once there were busy cafes, small inns, and small Izakawa restaurants, while nowadays, most stand in ruins, vines climbing through the broken roofs.

But the traffic is still heavy.
Many trucks try to avoid paying the tolls on the expressway, and there is also lots of local traffic.

There were no places to dine and no cafes for refreshments.
Walking by the road, we walked on sidewalks, but often they were not maintained, with thorny vines growing into the walkways.

And sometimes, for a few kilometers, we had no sidewalks at all, so we had to squeeze ourselves onto the side of the road, as trucks zoomed by us.

Whenever we had the option to, we walked on parallel rural roads passing among the fields.
Those were nice, and we were able to stop to rest in the shade by the local shrines.

We were walking on a small road, when suddenly I felt the need to turn back to the main road.
We had a sidewalk, but it was very sunny.

In the distance, walking towards us, I saw a man carrying something large.
For days, we have seen nobody at all walking the roads between towns.
We have only seen people walking in the cities.

When the man came into better view, I realized he was carrying a very large wooden cross.
The cross was leaning on his shoulder and he had a small wheel in the back.

Both of us were wide eyed to encounter one another on this stretch of rural road.

He introduced himself as Arthur Masayuki Hollands.
He told us that he first thought he was dreaming, seeing what he thought were two cowboys without their horses.
We told him we were wearing our USA-made Stetson hats, because they have wide brims to protect us from the sun.

We talked about what we were doing and why we were walking, and Arthur told us he was walking from his home in Okinawa in Southern Japan, all the way to the northern tip of Hokkaido.

He was carrying the cross, because he wanted to remind people that they are always loved.

He is an evangelist preacher who is covered in beautiful tattoos.
He is 68 years young (born in 1951) and he is super fit.

He told us that while he walks in Japan, sometimes a Yakusa gang member will be inspired to walk along with him for a few days.
He said that the gang members who walked with him always decided to change their ways.

He said he has a woman who has joined in walking with him now, for part of the way.
When we asked where is his backpack, he said he has a support vehicle with water and food waiting for him every few miles.

Arthur said that he believes in the teachings of Christ, but that all organized religions are somewhat rigid practices.

He said he believes in the Essence of Life.
Thus his long pilgrimages around the world are his spiritual ministry.

He said it is not accidental that we met today.
We were meant to meet and perhaps we shall meet again.

But more than his words, Arthur radiated spiritual and physical powers.
He is definitely a force for good in the world, not just preaching in his Sunday suit sermons he wrote through the week, but actually LIVING the Truth.

After we parted ways with best wishes for one another and I gifted them two of my organic dried pineapple bars, I was thinking of Arthur Hollands for some time.

Like everyone we have met, he said he has never met foreigners who walked the Chūgoku pilgrimage.
Only on the Shikoku and the Nakasendo pilgrimages did he encounter foreigners walking.

But receiving these compliments, does not feel good to me.
I feel weak and achy, and even though I am doing it, I am still stiff and I
struggle to finish every day.

I tell myself that it will get better, and NOT to listen to this harsh voice inside my head.
But sometimes I feel like crying… The voice tells me:
“Whom do you think you are kidding.
You are not a disciplined Buddhist pilgrim, but a JAP (Jewish American Princess), and you will not make it!
You value too much nonsense in this world of illusions to achieve full enlightenment in this lifetime, no matter how many pilgrimages you walk!”

When I hear this voice, I cry, but I move it out of my mind and keep on walking….

Instead, I repeat other mantras.
I tell myself:
“Do not listen to the doubts and the pain, which want to root you into the body.
You are NOT a body, you are free!
You are a Spirit.
Spirit has no weight and no interest in staying grounded to illusions!
You can do it.
Trust your Spirit.
This body is not real.
The pain is not real.
You exist across eternity.
Nothing you see is real.
It is all shared illusions.
Stay strong.
Be disciplined
Be soft in demeanor and rich in the Dharma!
You are Spirit
You are eternal….”

At the entrance to Higashi Hiroshima, we came upon a dog cafe.
The owner was in her car, preparing to drive away, but I walked into her driveway anyway.
She got out of her car and said she would be happy to make us coffee.

We sat in her kitchen with her two cute pug dogs while she brewed fresh iced coffee for us.
Then she served us two free Hibiscus and Berry juices, crackers with marmalade and cookies, and then she even offered to drive us to our hotel.
We refused her kind offer of the lift, but ate and drank her offerings, thanking her for her kindness and for staying around to allow us to rest our feet.

Our hotel was a new business hotel.
Many men were staying there, but almost no women.
I had a long soak in the clean empty hot bath, and washed our laundry.

Every day I meet my inner demons, but at least today I met a God-Man.
I feel inspired andI have so much to learn….
It is not just about knowing what I need to do, it is about putting it all together and living and practicing unlimited Being in every aspect of my life…

Wishing you a wonderful and blessed day,
Tali

Total distance walked on the pilgrimage so far: 248 Kilometers

Accommodation: Route Inn at the Saijo Station in Higashi Hiroshima.
A new business hotel with a hot bath, laundry machines and breakfast.

1 Comments on “Day 12 – The Chūgoku 33 Temple Kannon Pilgrimage, Japan – Meeting a True Master Along the Road to Higashi-Hiroshima”