Hiking the Lycian Way, Turkey – Day 5 – Visiting the Patara Lycian Ruins and then on to Antiphellos (Kaş) 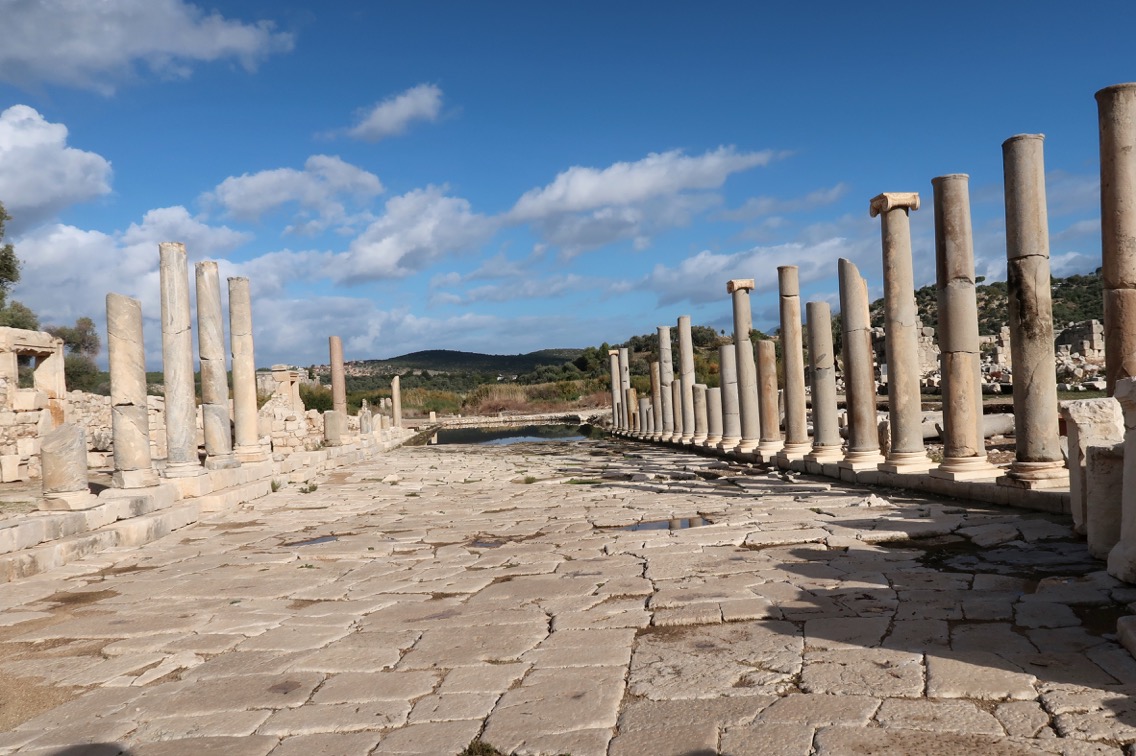 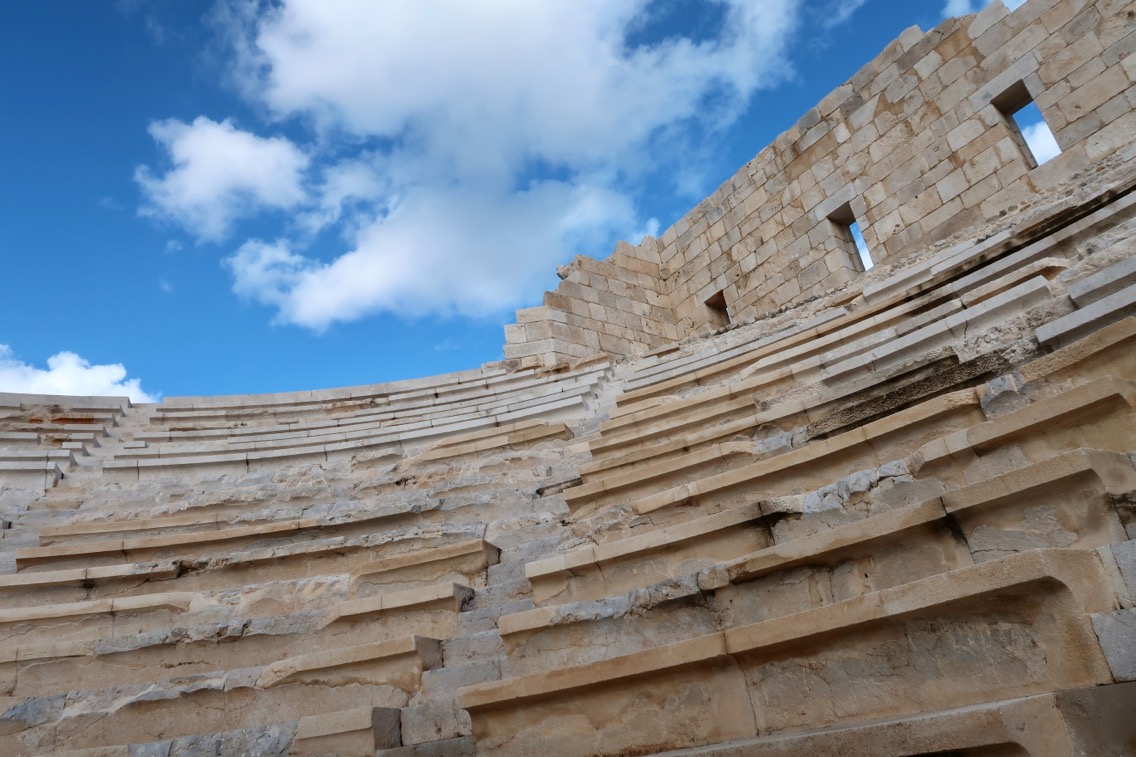 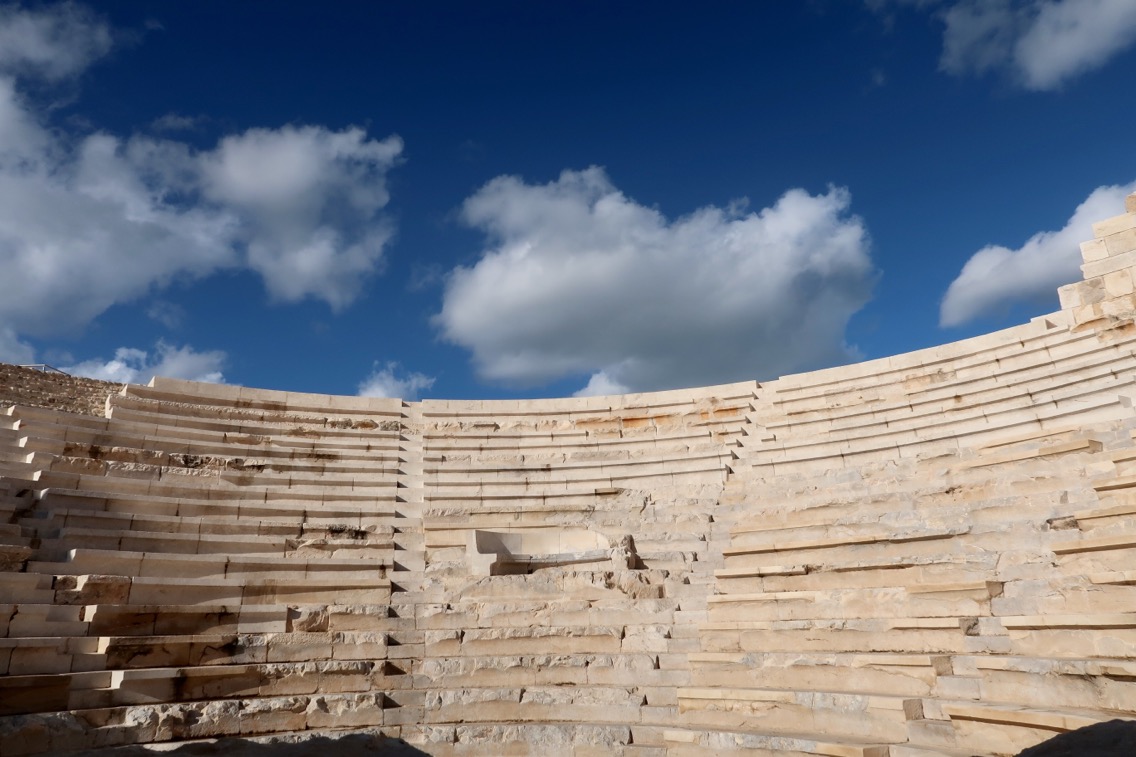 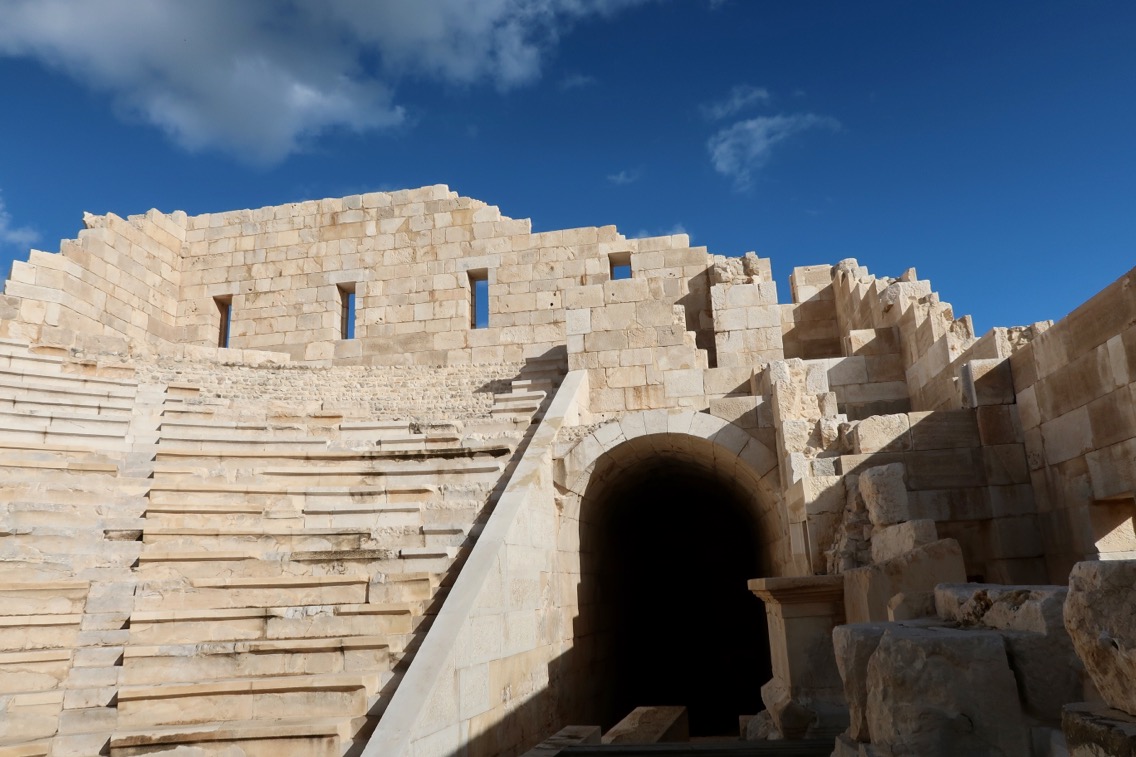 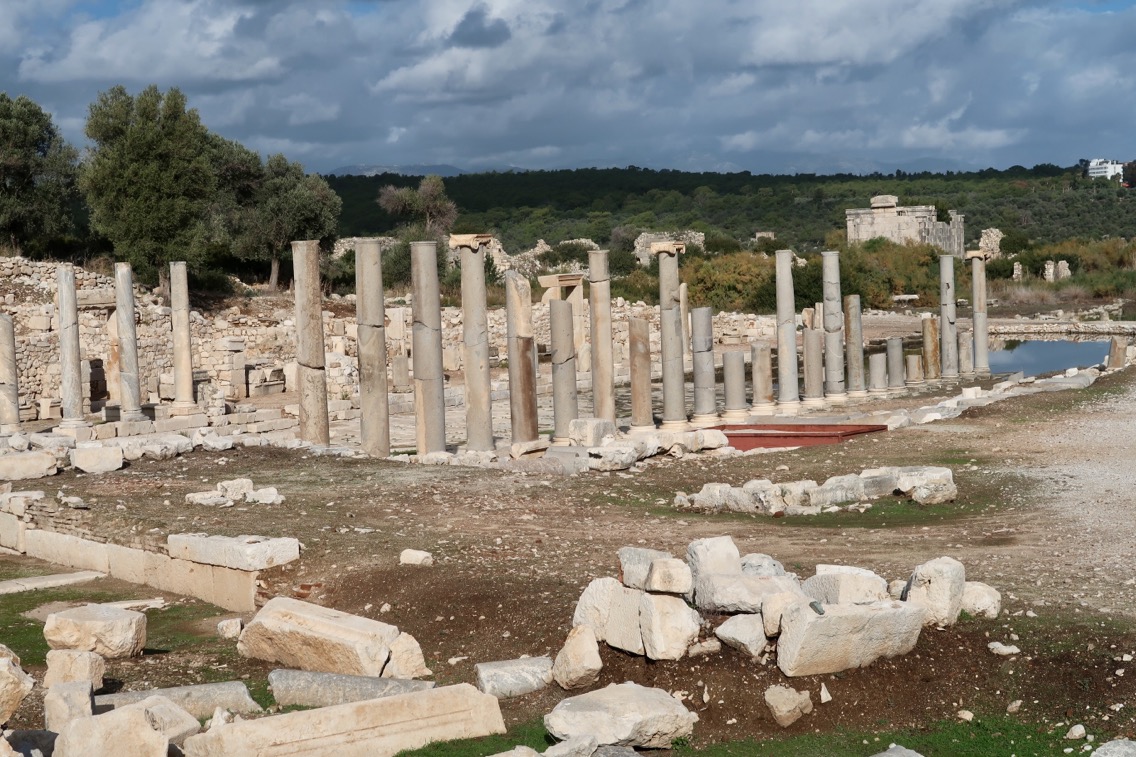 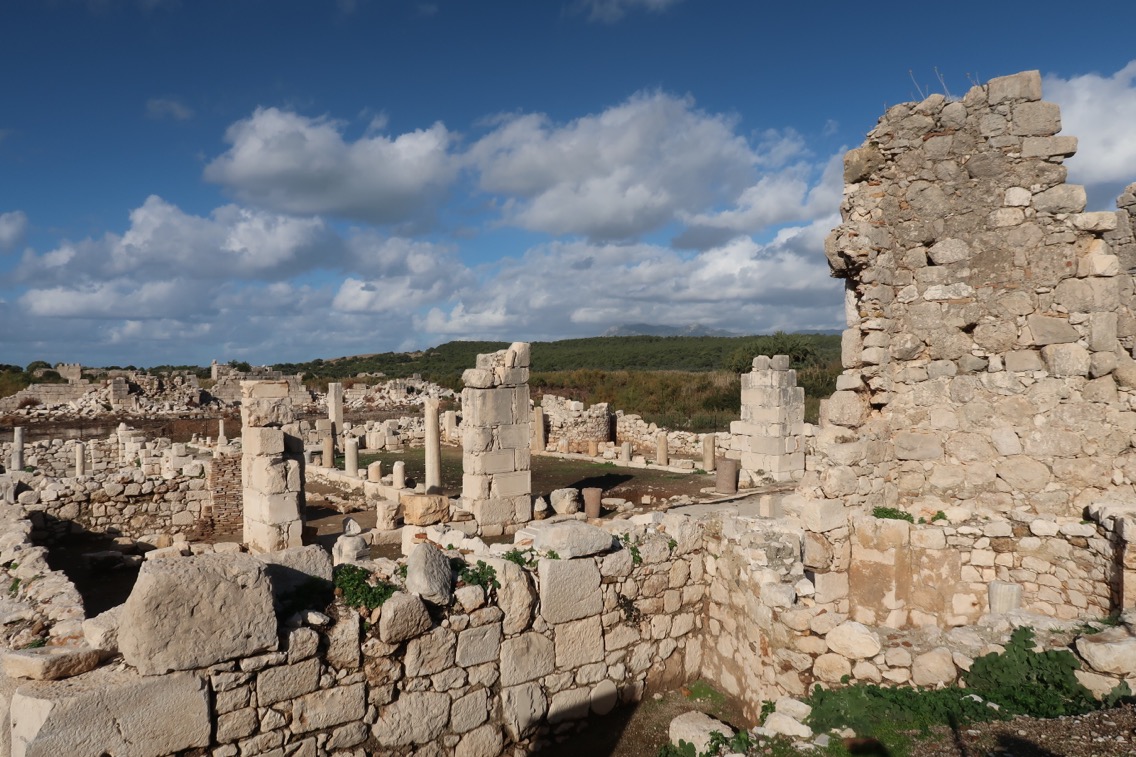 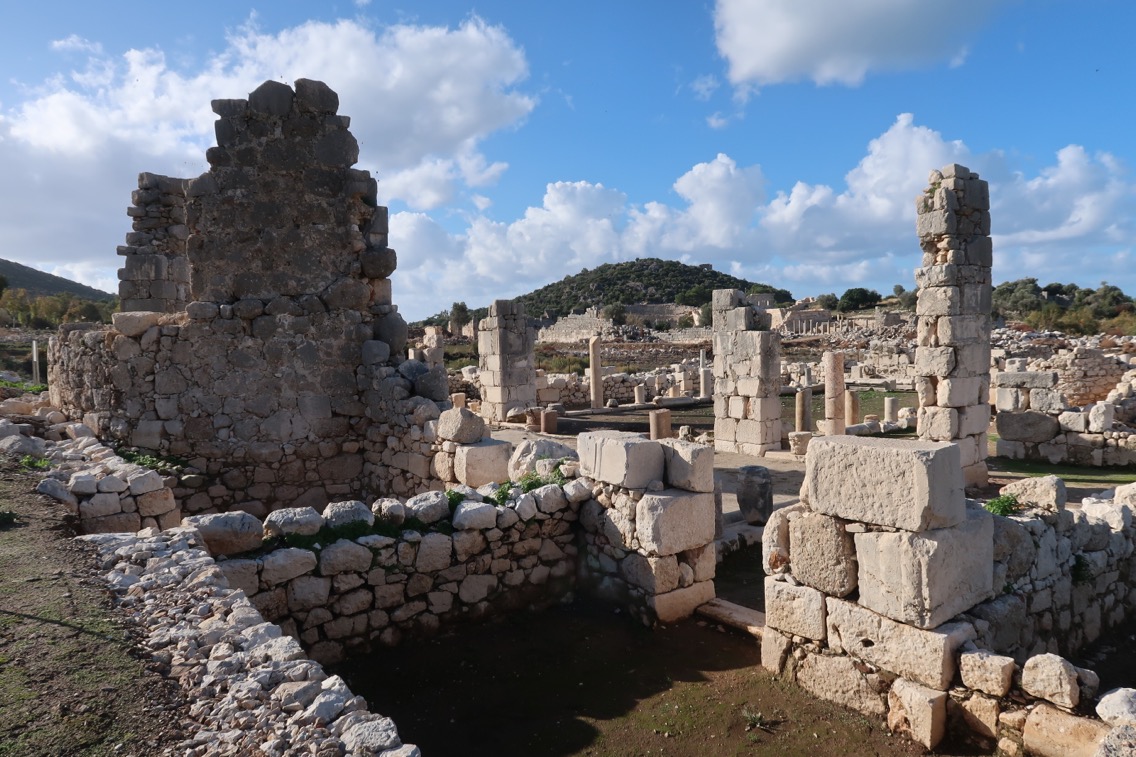 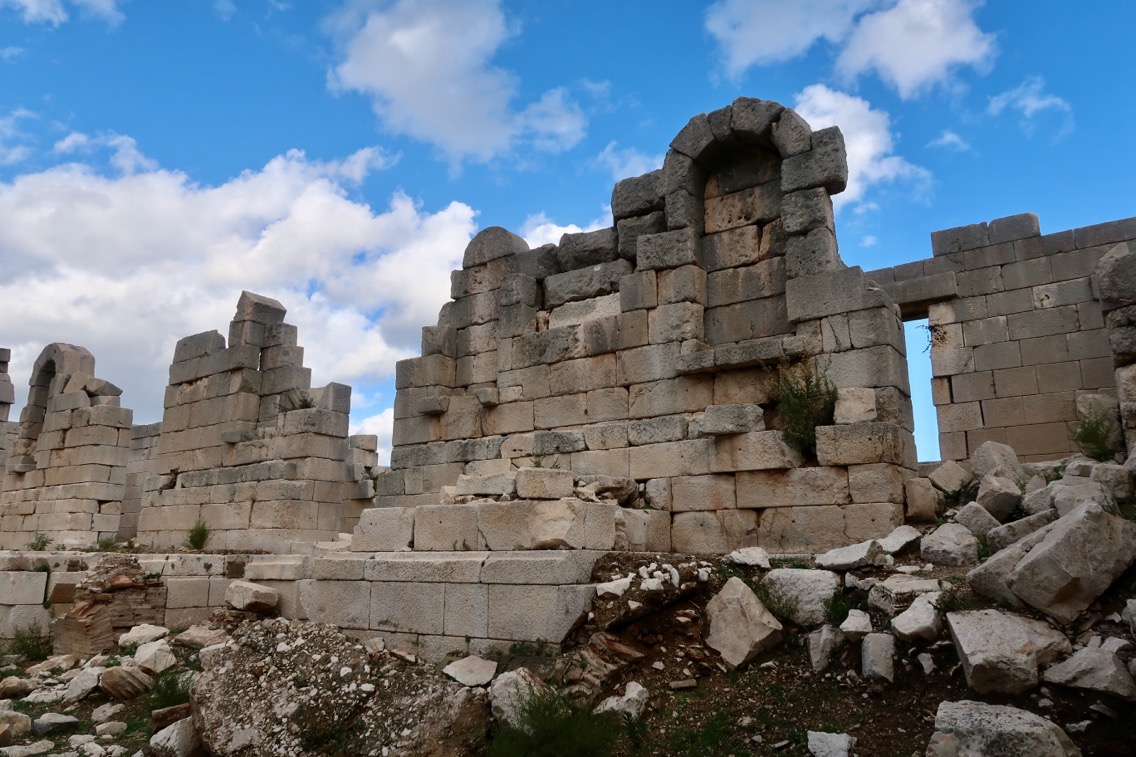 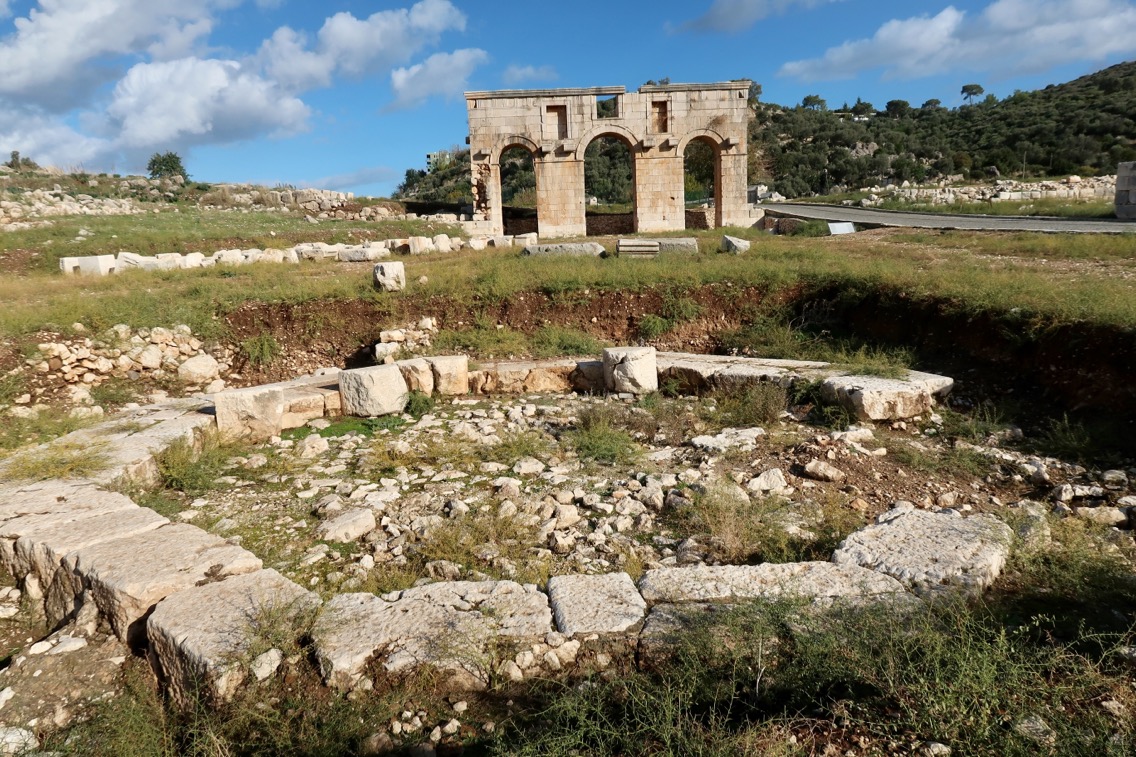 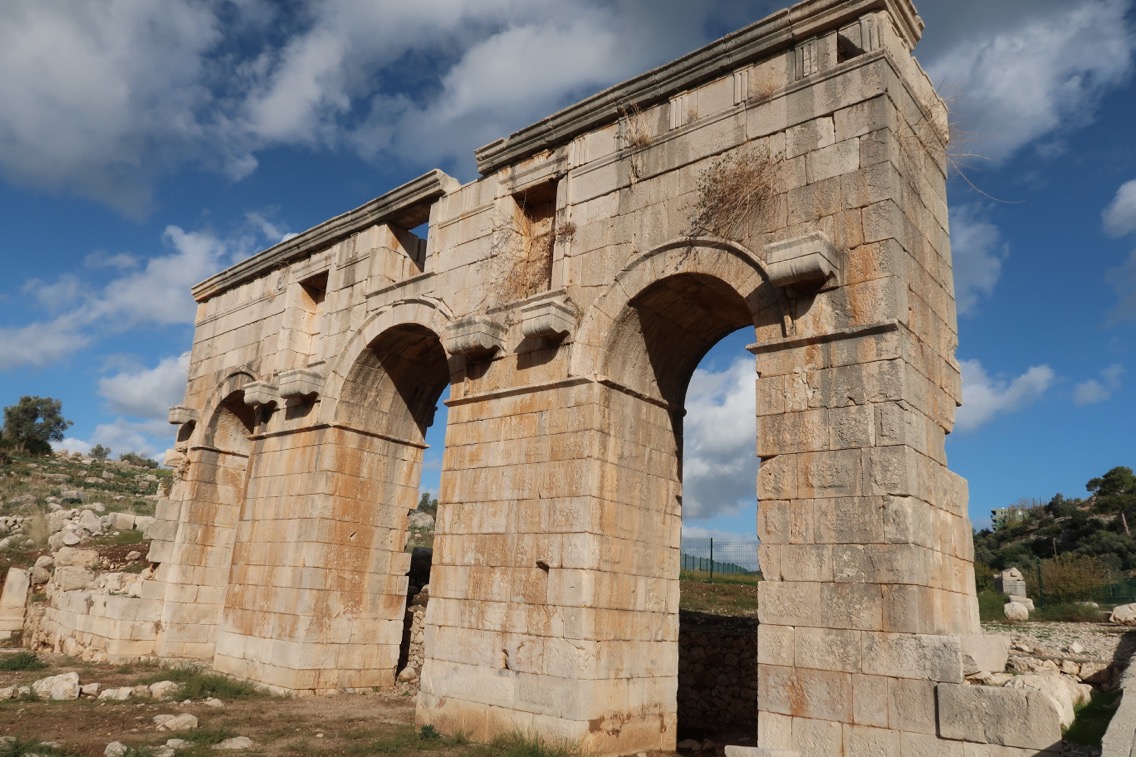 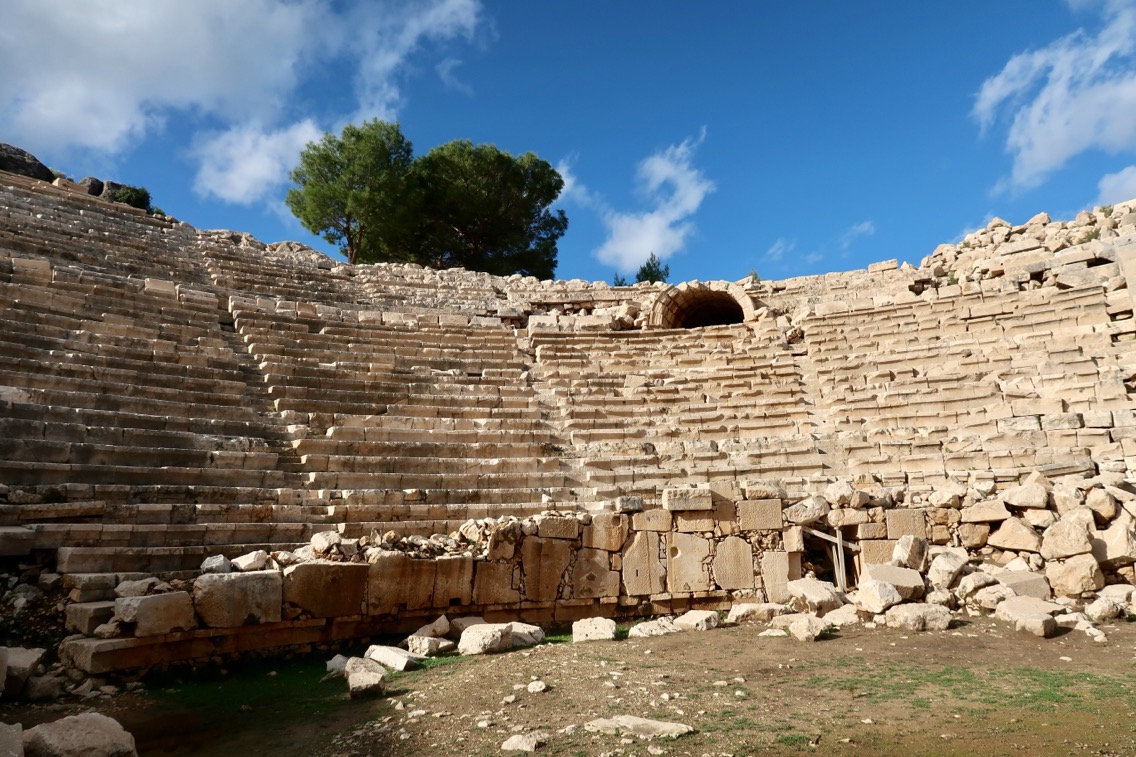 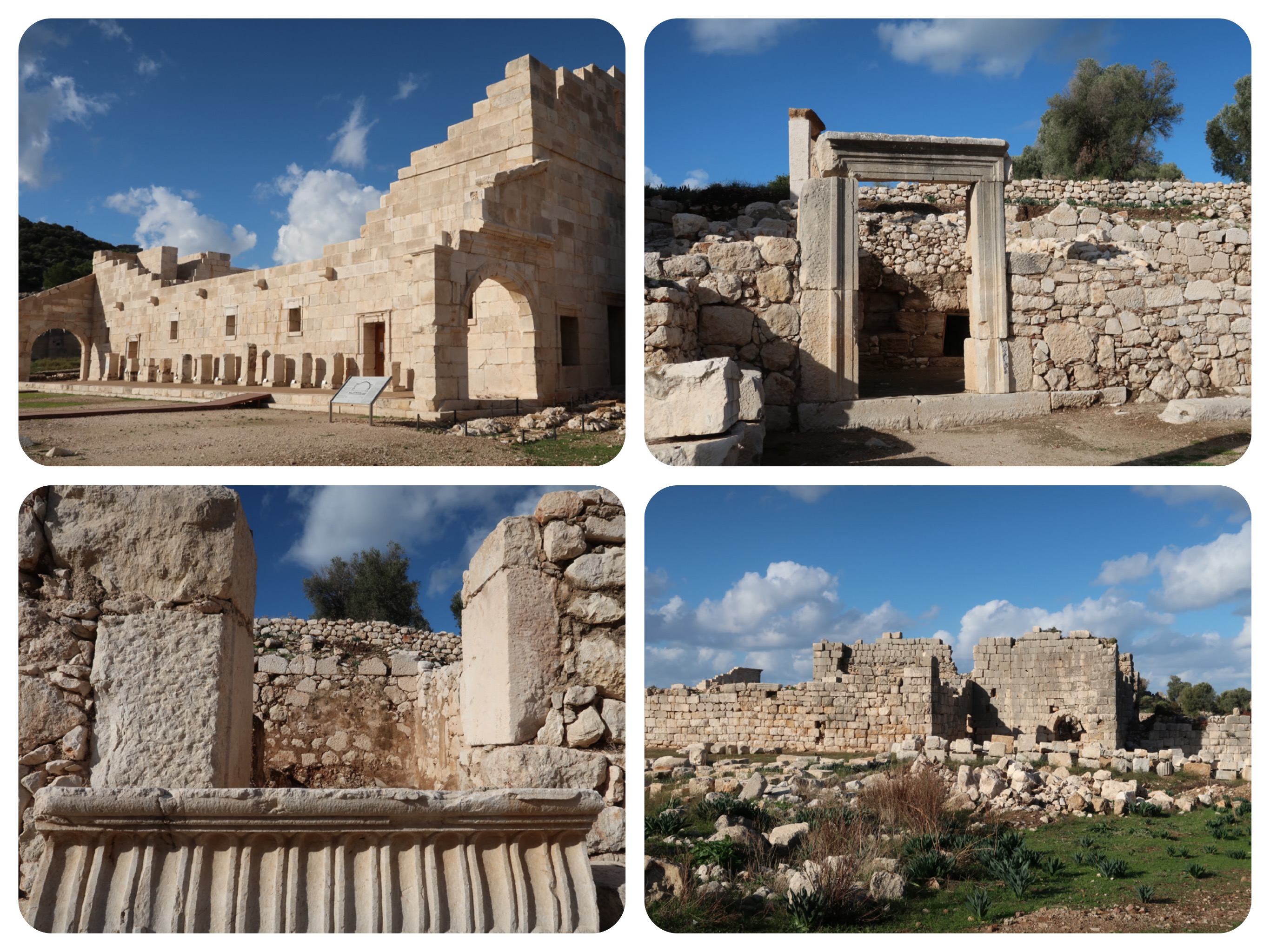 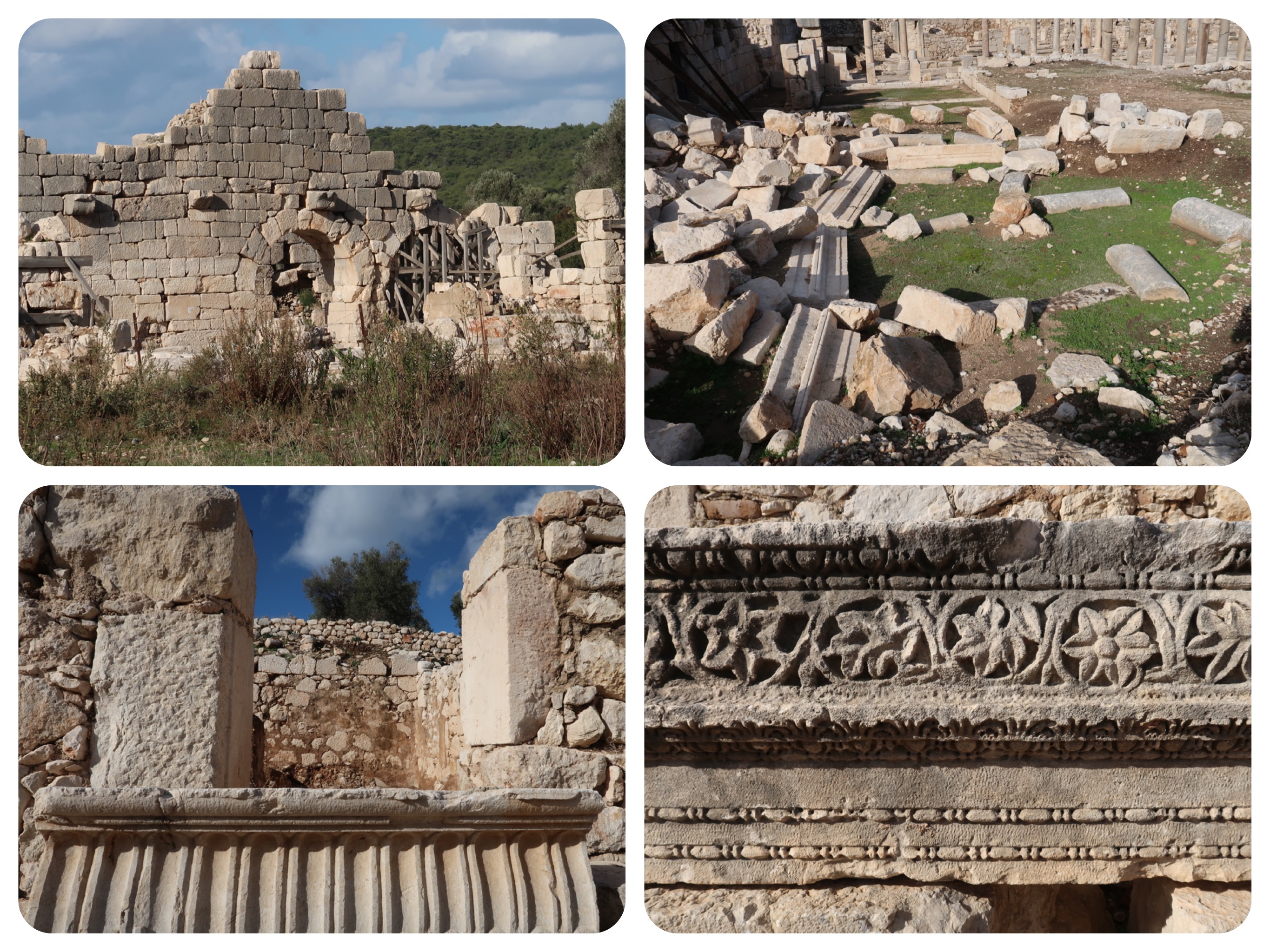 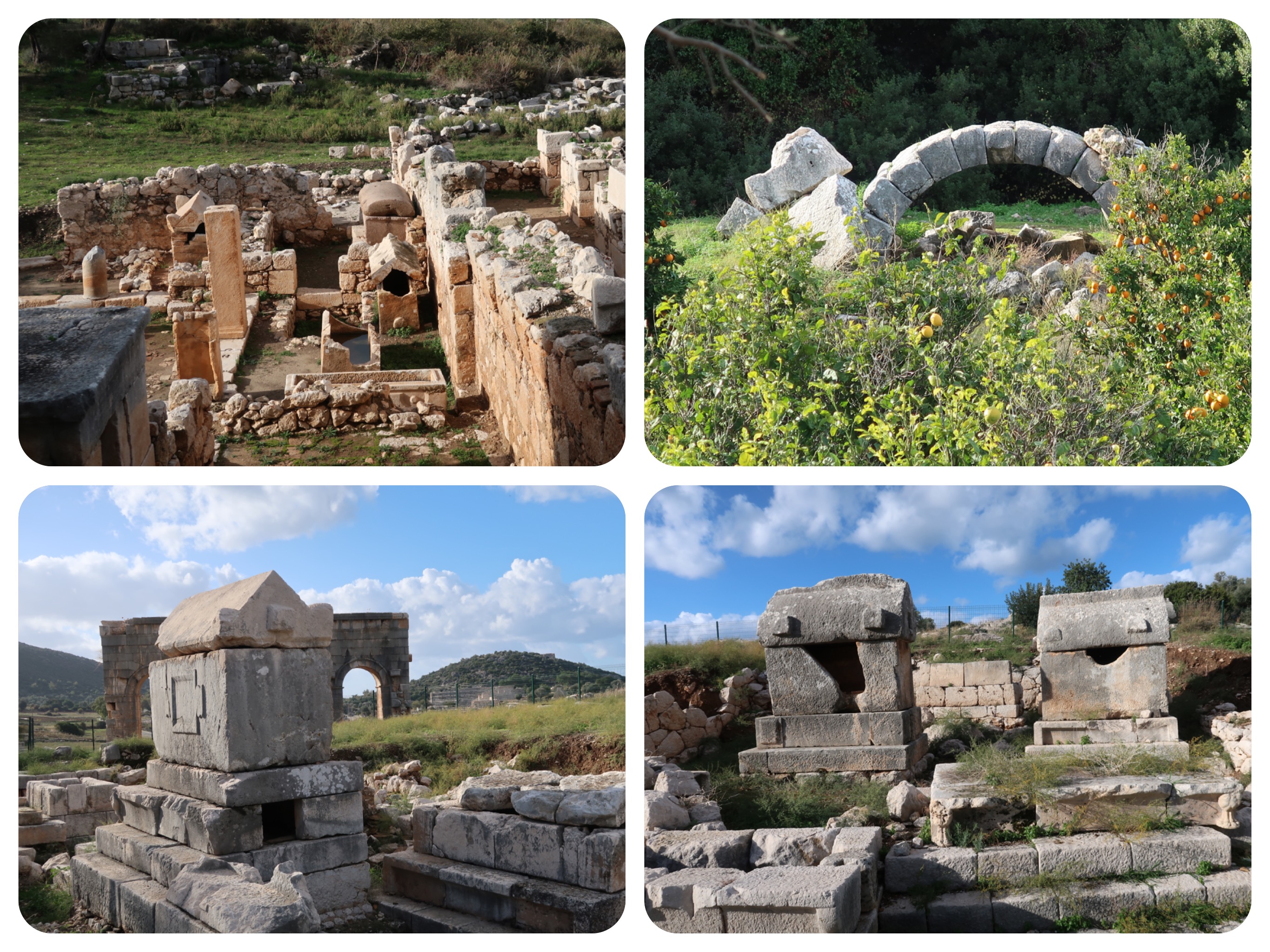 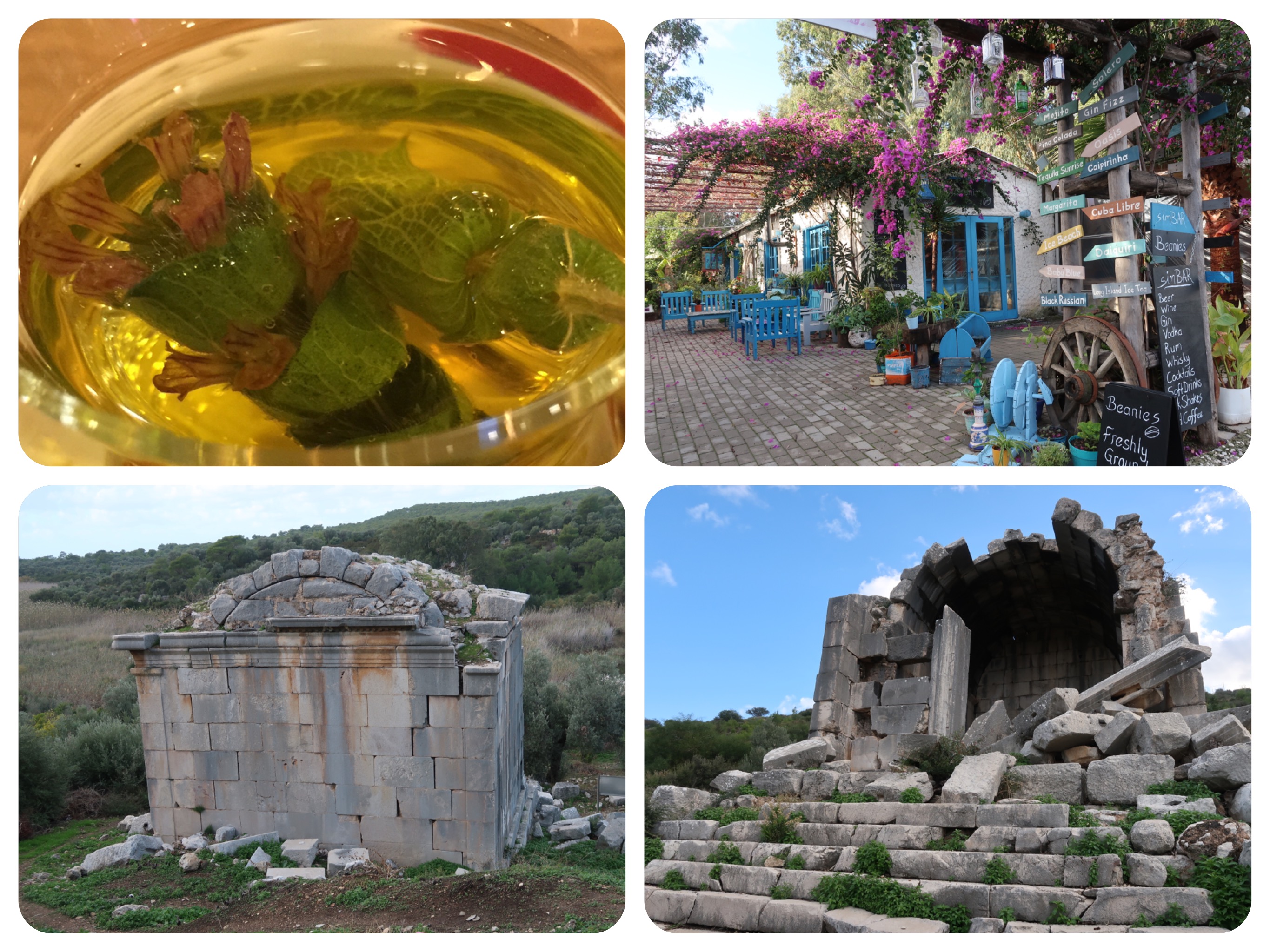 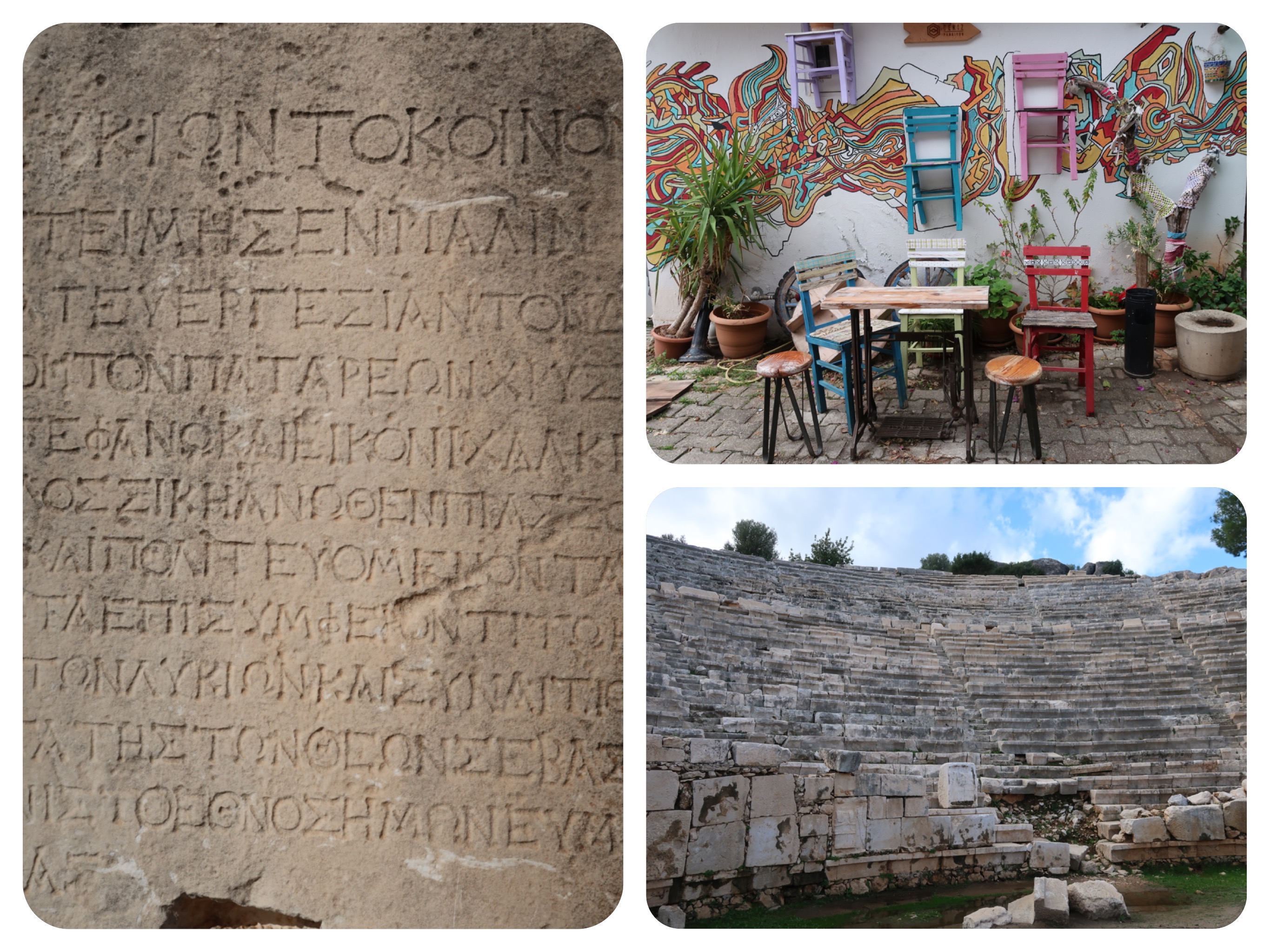 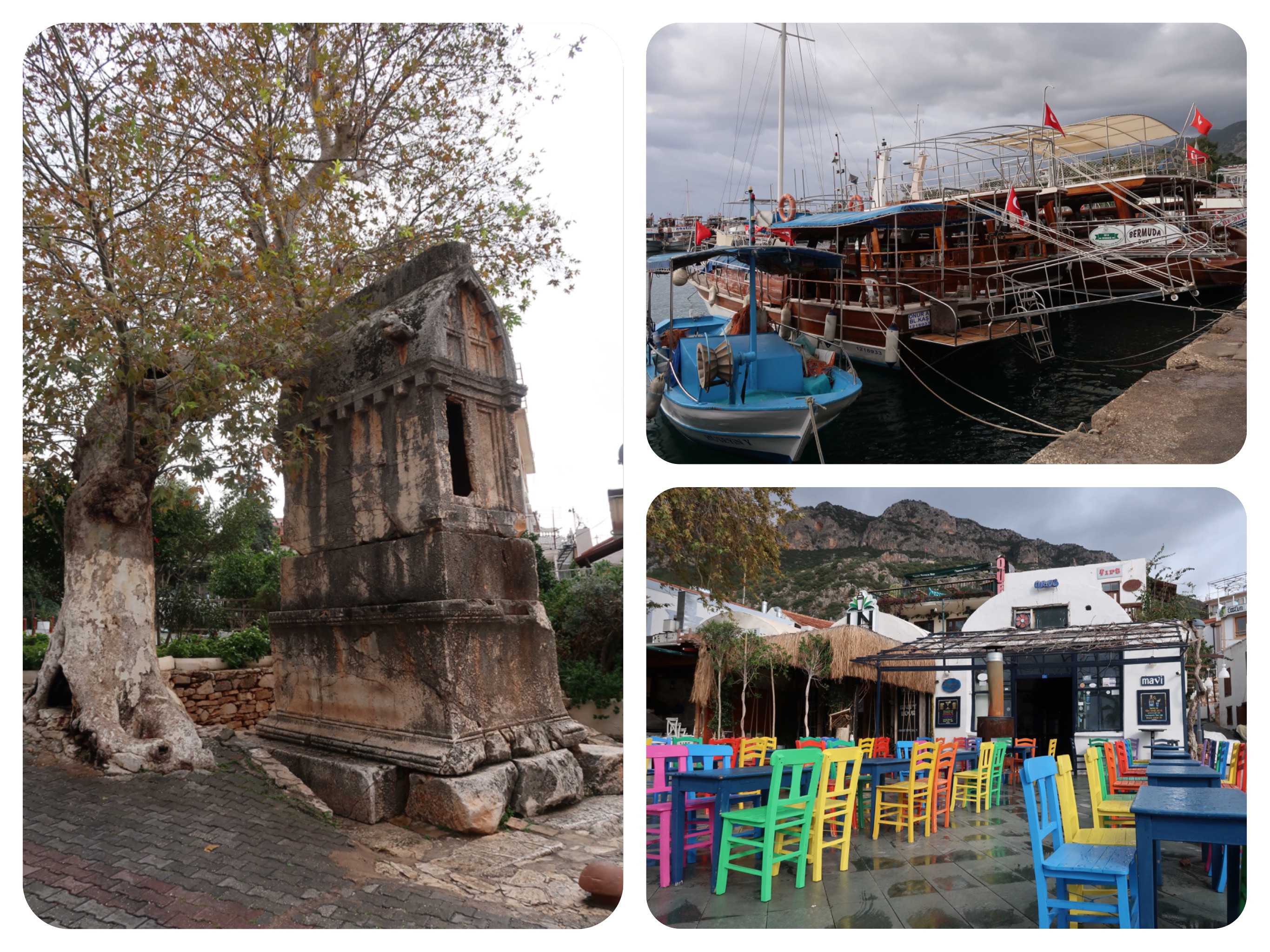 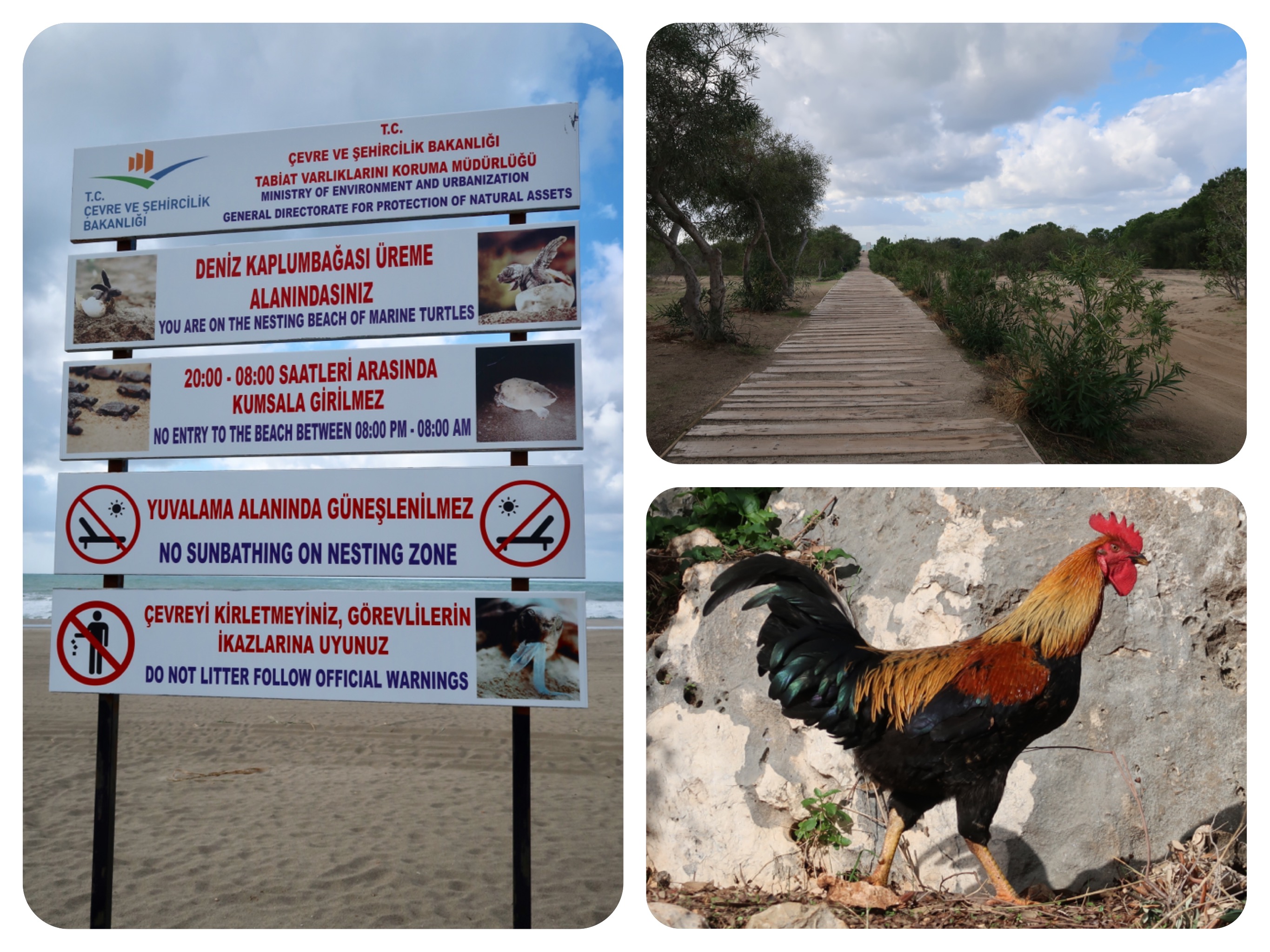 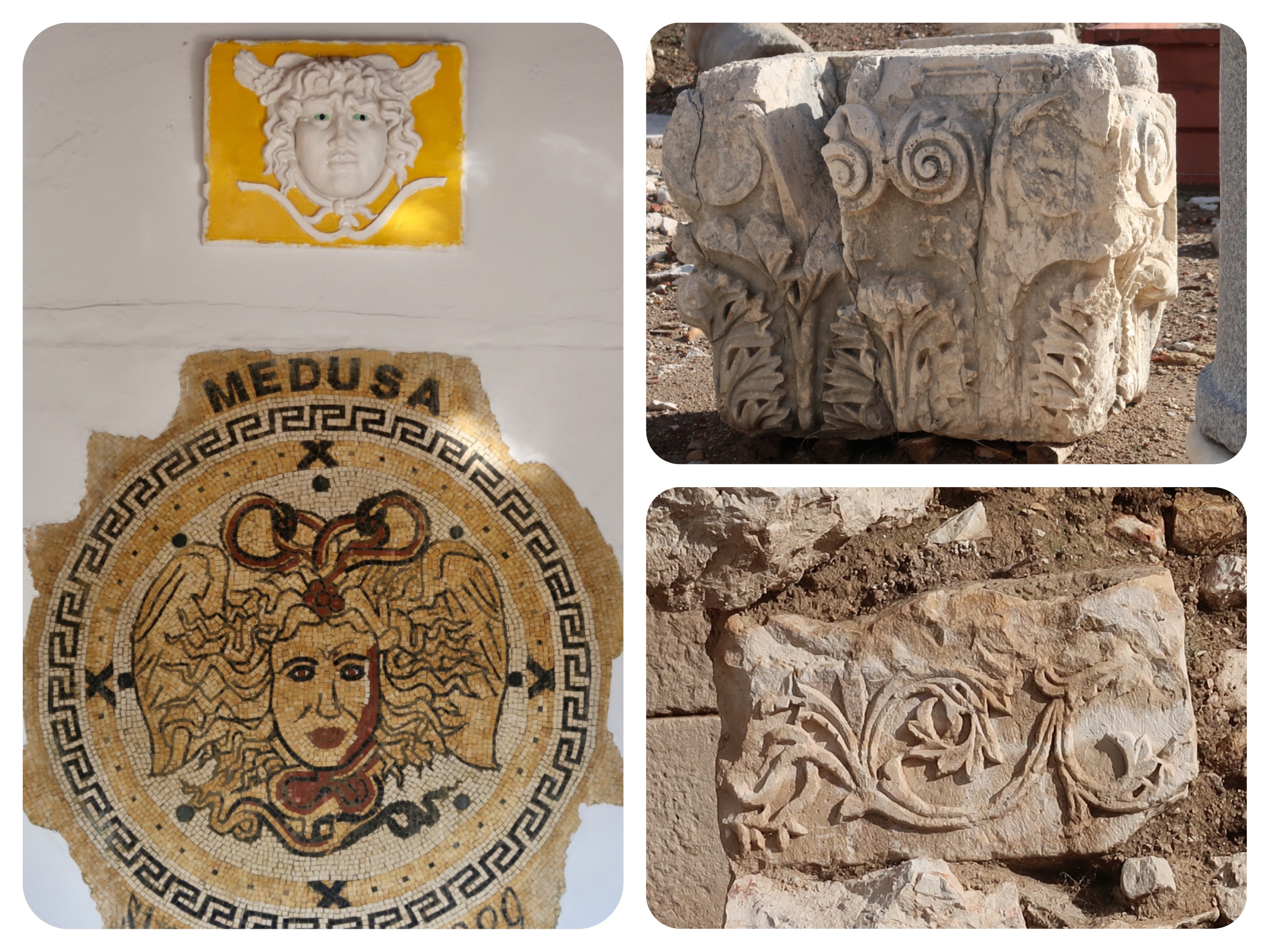 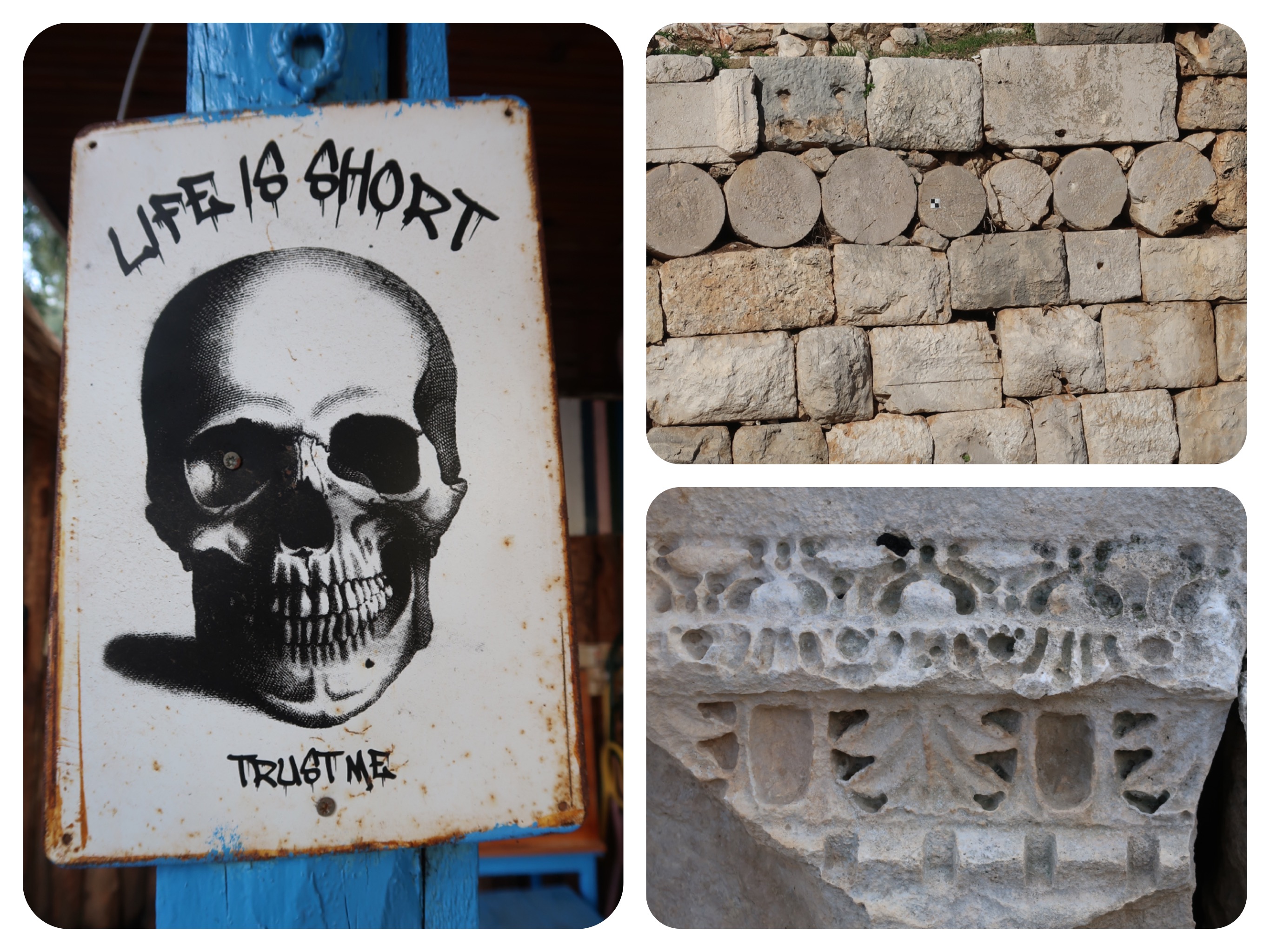 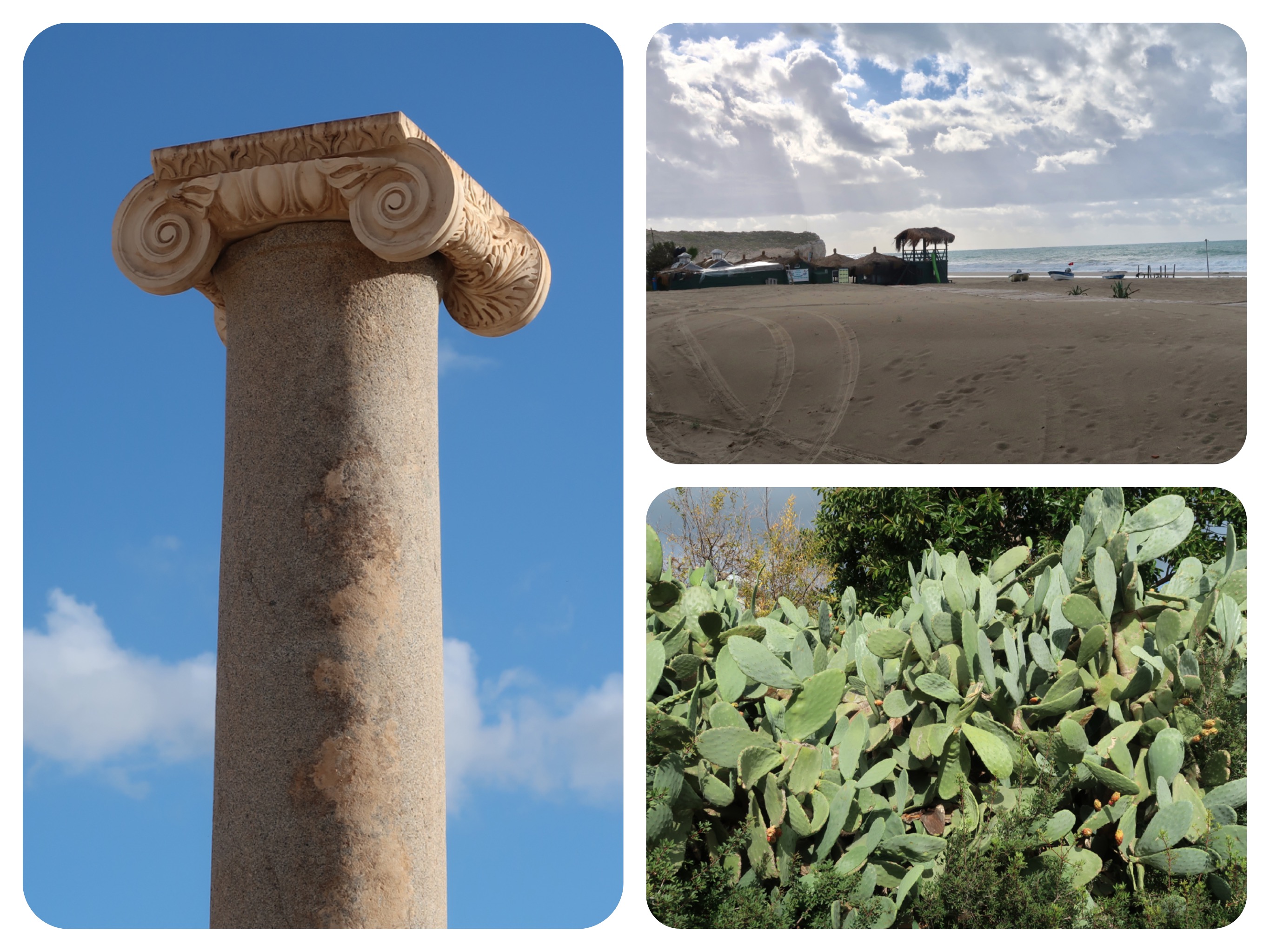 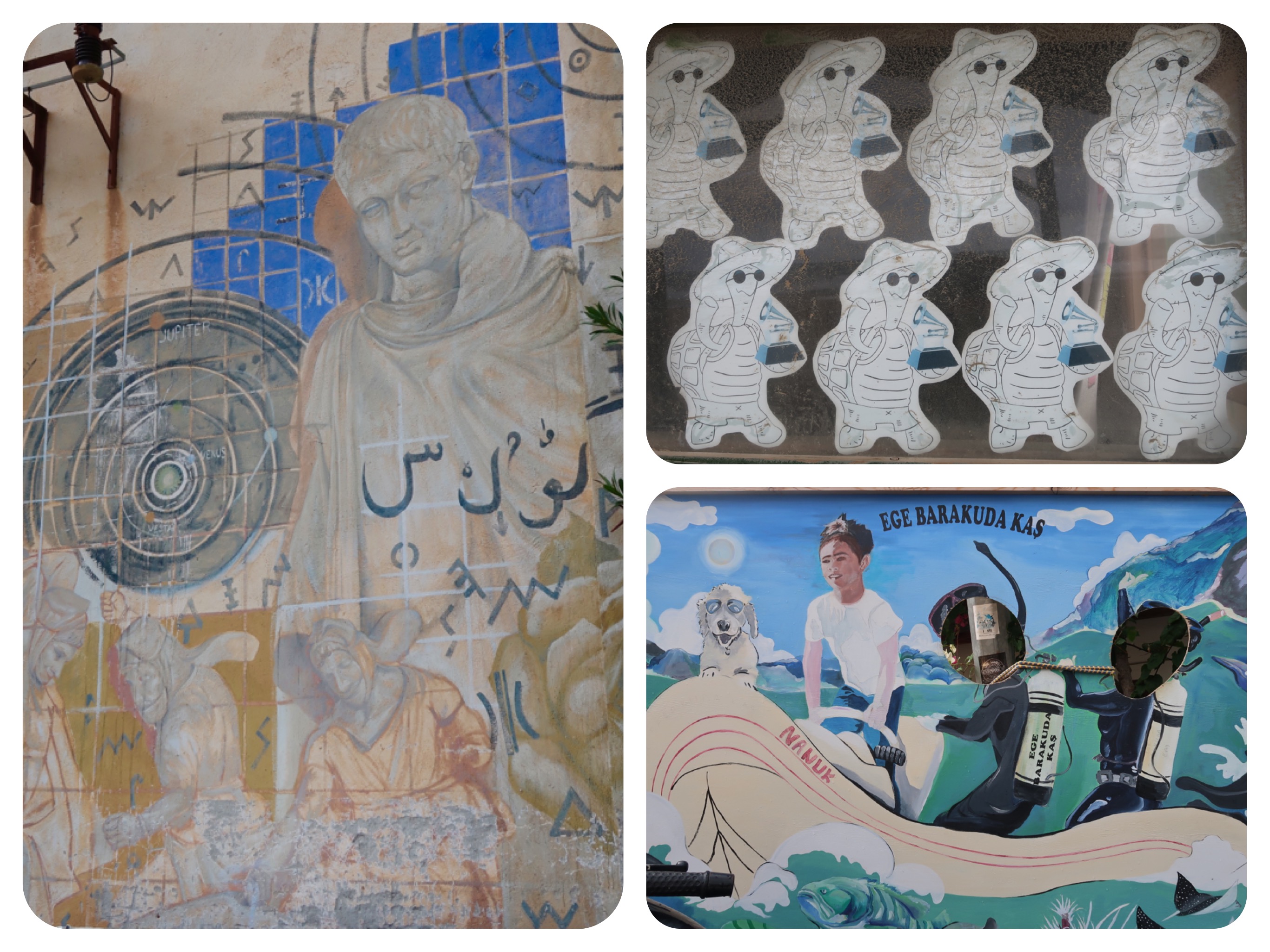 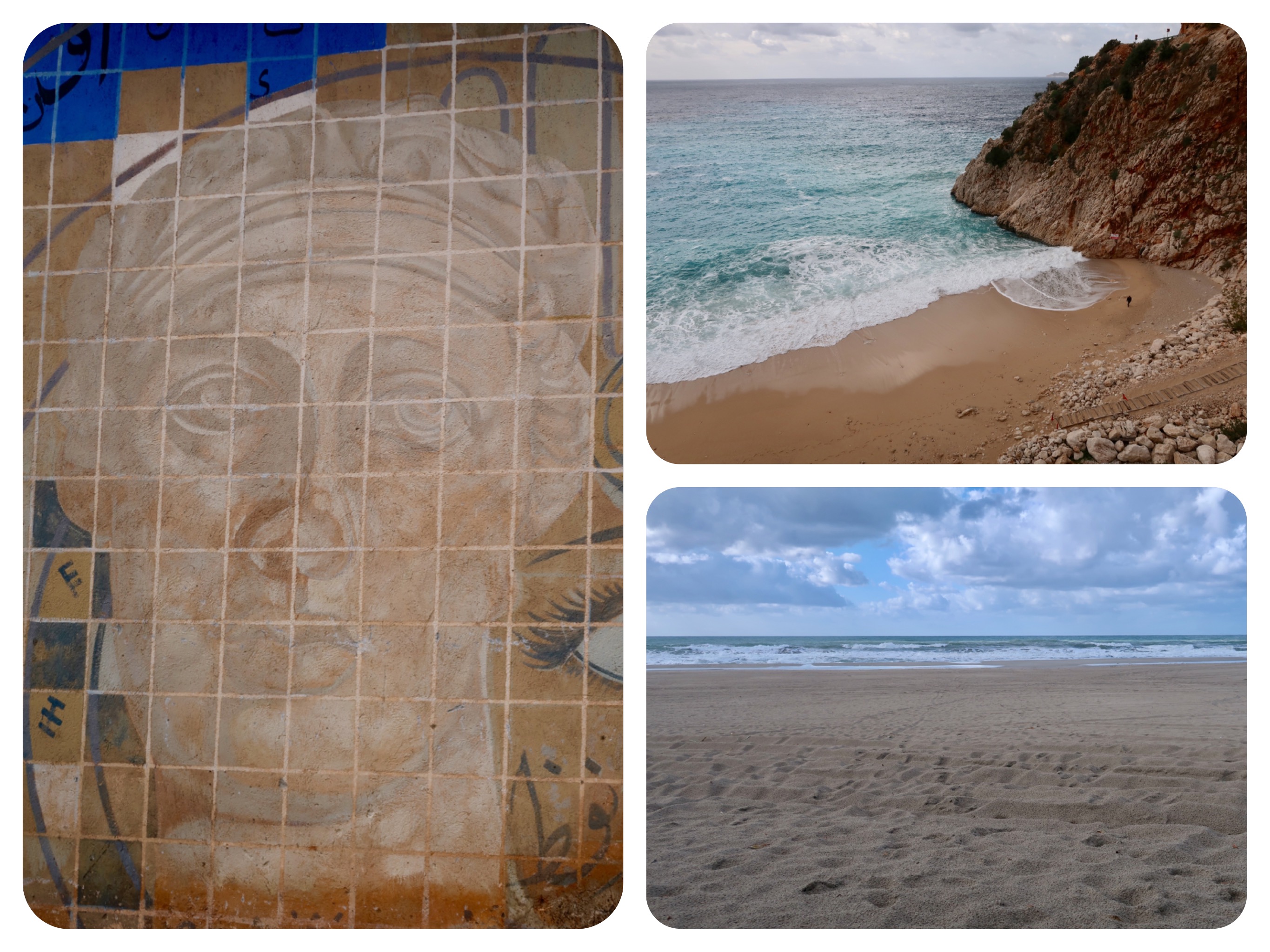 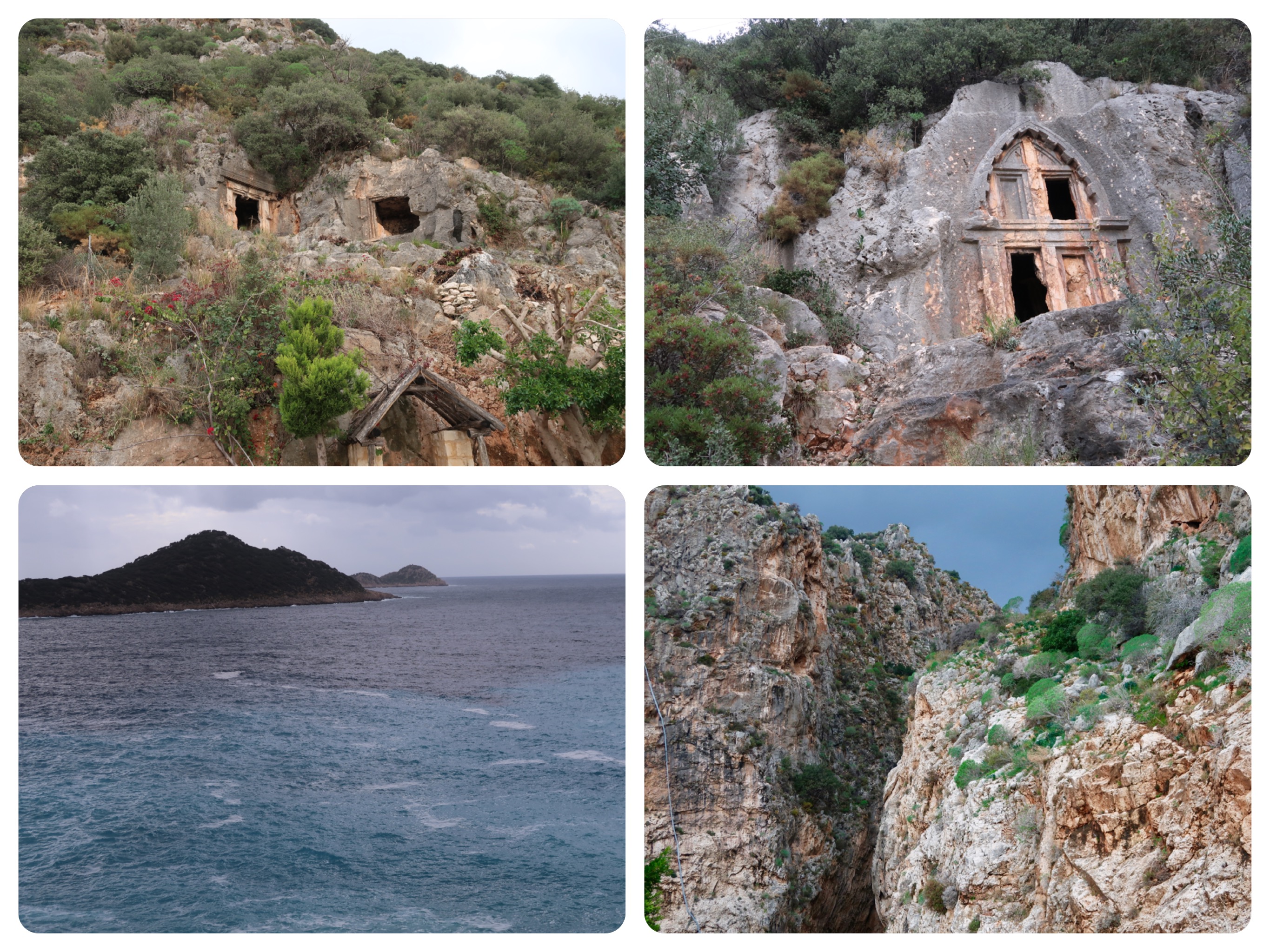 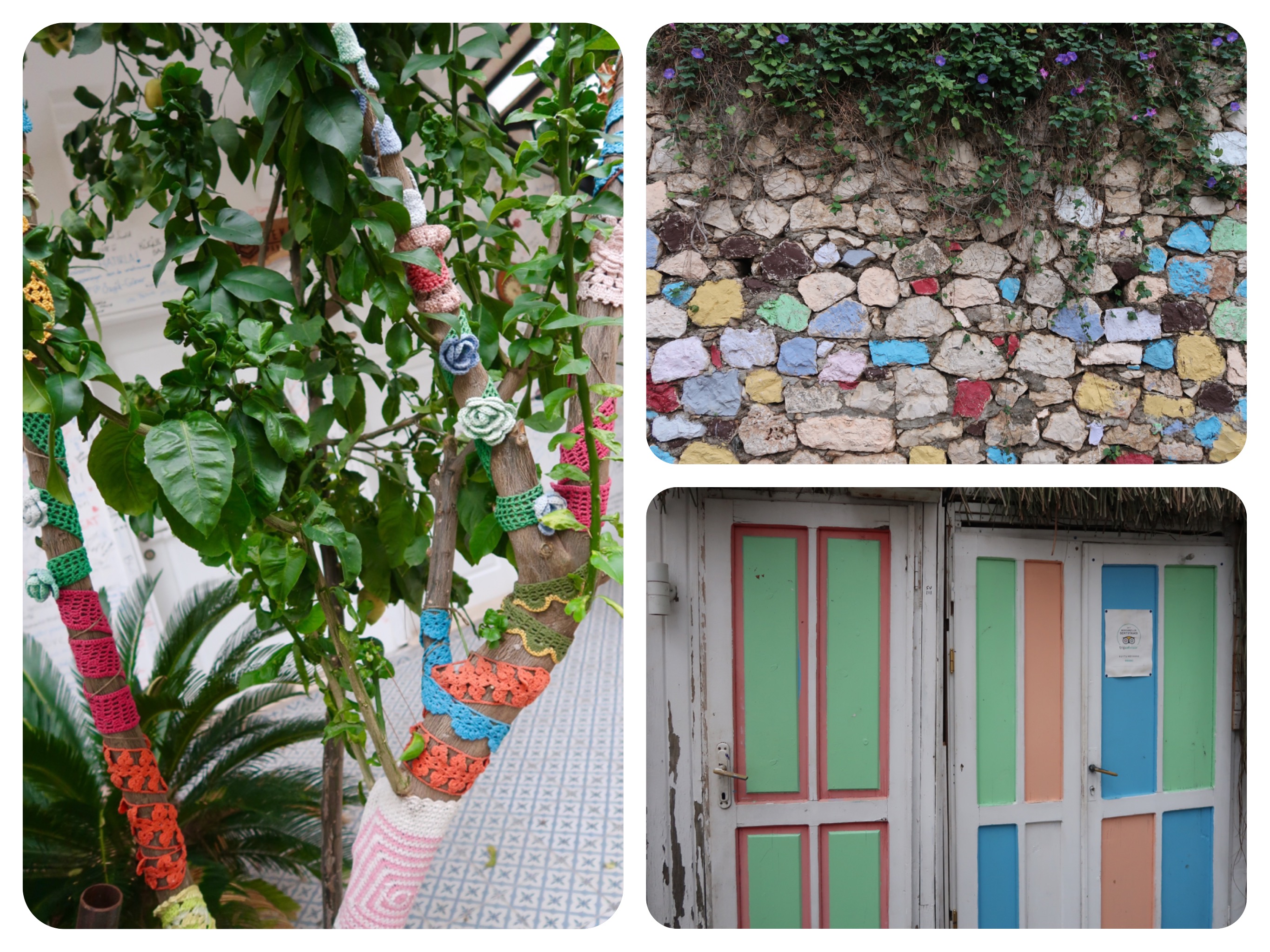 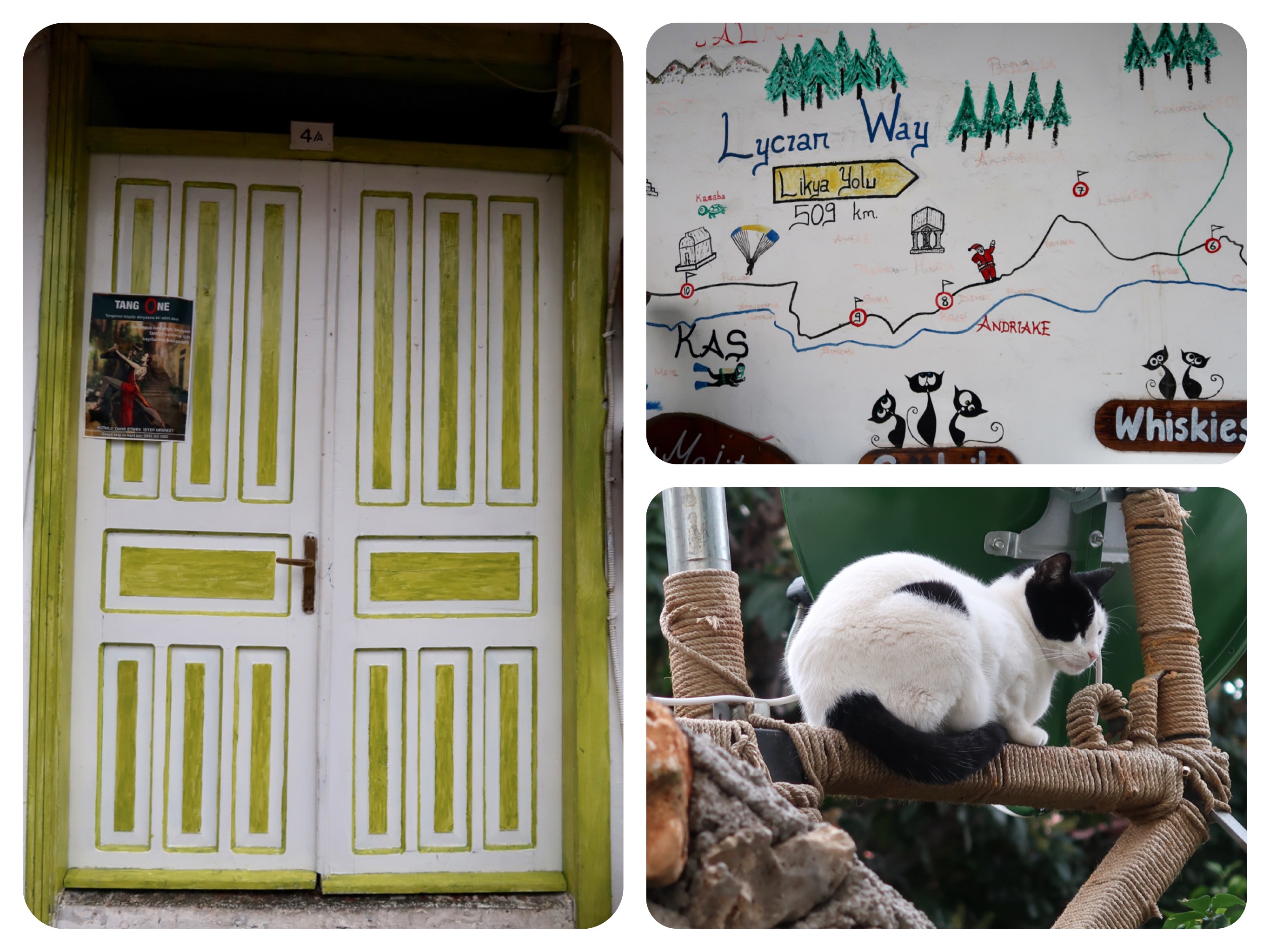 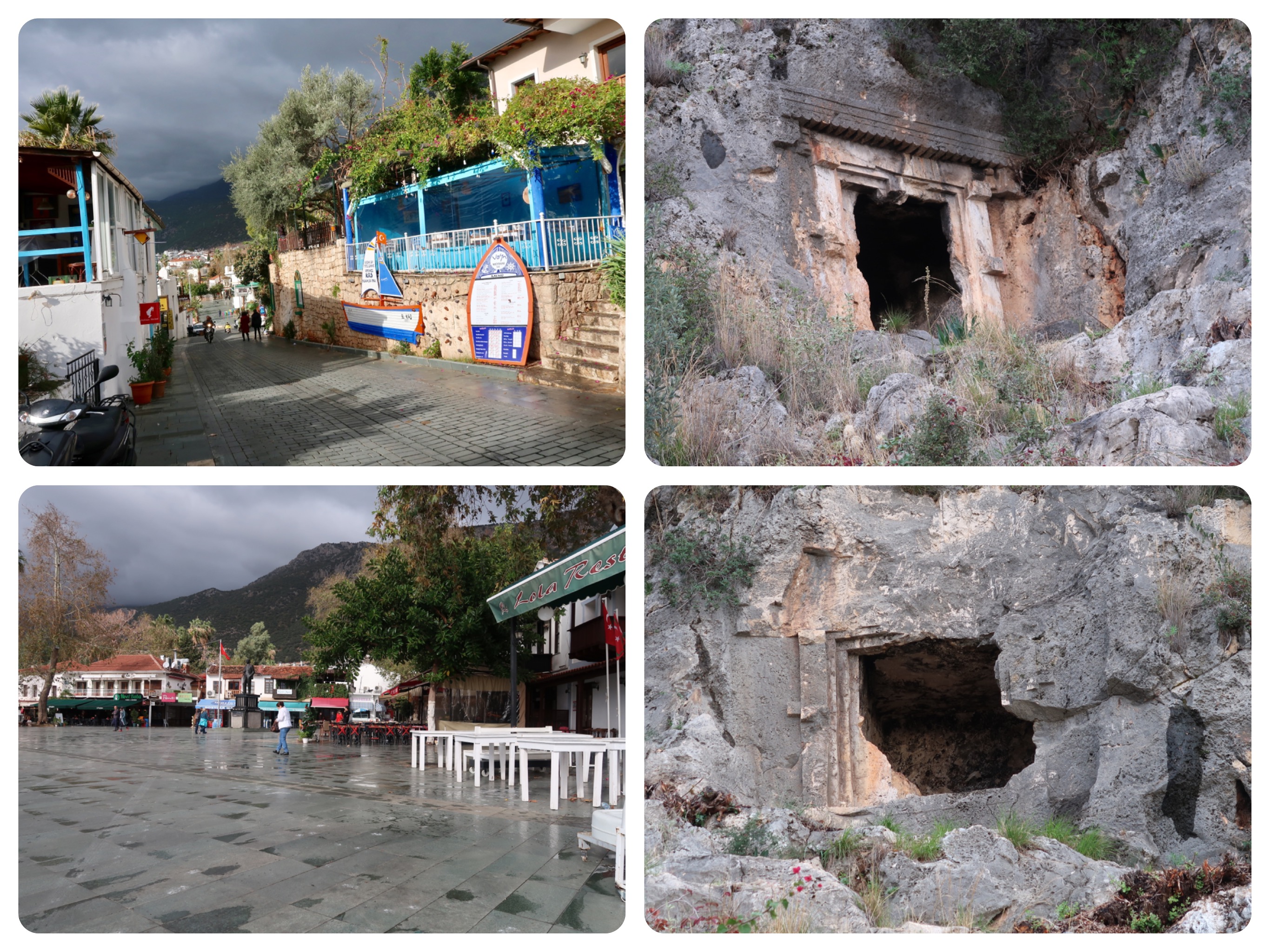 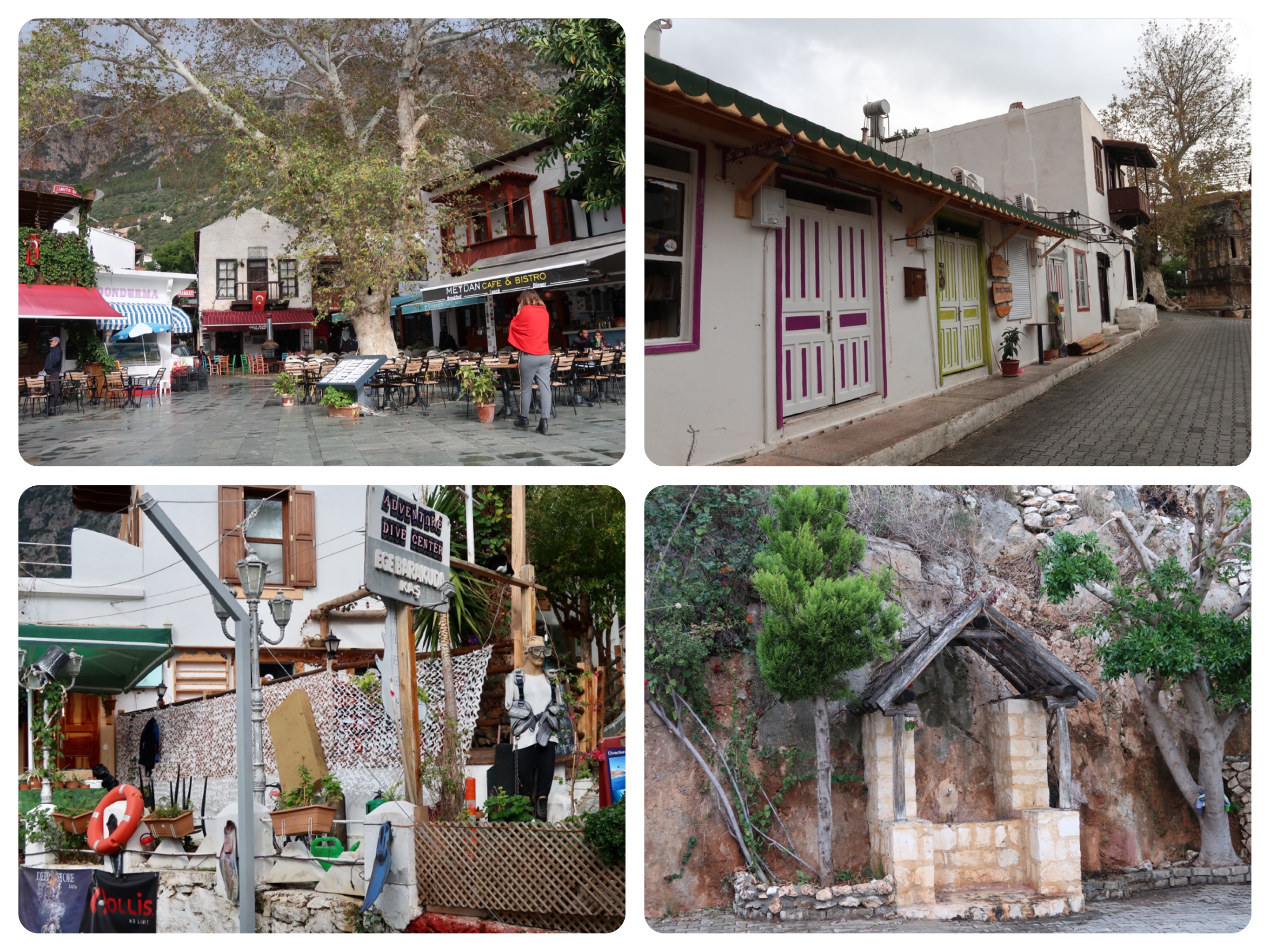 Hiking the Lycian Way, Turkey – Day 5 – Visiting the Patara Lycian Ruins and then on to Antiphellos (Kaş)

Last night there was a lightning storm, and heavy rains fell over Patara.
The electricity in these small rural towns is dicey, and the power went off and came back on all night.
Luckily our room stayed warm, and we slept well.

This morning the sun was shining again, but we knew that a storm of this size would mean a very wet and muddy trail today.
Breakfast was a generous feast of traditional Turkish Mezze .
Without a doubt, by staying in local guesthouses in the villages, one encounters the generous spirit of the people and gets to enjoy their home cooking, in ways that would not be available if we had stayed in hotels.

From the village of Gelemiş, (the modern name for Patara and where we stayed the night) we walked to the Patara ancient ruins.
Patara was a major naval and trading port of Lycia.

Patara once had a huge harbor, 1600 meters long.
But today the sea has receded, and only a wetland surrounds the immediate area near the old ruined city.

The ruins of the old city spread across a vast area.
Most of it is still buried under the wetlands and has not yet been excavated.
But from what you can see, ancient Patara was massive and very impressive.

The old government building has been reconstructed, and it now hosts some local events in its beautiful theater. There are plans afoot to build a new roof on the theatre out of wood, following the ancient design.

The larger outdoor amphitheater next to the government building is very impressive, with rows upon rows of stone seating, spread high in a semicircular shape.
Earthquakes have damaged it a few times, but it is still a superb sight to behold.

Some of the old marble columns that stood on both sides of the Agora (Main street) still stand.
This Main street is wide and paved with beautiful stone pavers.
The gate to the city is also still standing with its massive arches, and so is the fountain and pool that visitors used to wash up, when entering the city after a long journey.

Patara is truly an ancient city.
Like all of Lycia, it was occupied many times.
It was under Persian control, and then in 197 BC, the famous Syrian ruler, Antiochus, conquered Lycia, after which the Romans assumed control.

After the mass suicide in Xanthos, the Lycians in Patara opened the city gates to Brutus and surrendered control of their city.
In 43 AD, Patara became the capital of the Roman province in Lycia.
Needless to say, at this time of the year, we saw absolutely no one visiting the ruins.

Nearby, the Delikkemer aqueduct built by the Lycians once carried water from the mountains all the way to the city.
This very long stone aqueduct was built from large stones that were hollowed out in the middle. The Lycian builders connected sections of these stones to one another, just like in modern times, with male and female connectors.

After a short walk from the ruins, we reached the Patara beach.
Along the way and up the hill, we saw the oldest and earliest stone lighthouse known to exist in the world.

The Patara beach is a wide and long sandy beach.
It stretches for 16 kilometers.
It is also well known as a turtle sanctuary, for the many sea turtles that nest their eggs in the sand and after hatching, swim into the sea.

Bekir, our host at the guesthouse in Patara, told us that the beach gets 3000-4000 people per day during the high season.
But they all concentrate near the beach restaurant area.
“If you walk 500 meters to the right, you can be completely on your own on a quiet stretch of the beach,” he said, and then he added,
“And if you walk two kilometers farther, it becomes a nudist beach.”

Bekir updated us about local politics, and said that each place in Turkey gets its own demographic of tourists.
The nearby city of Kalkan is loved by British people who have bought vacation homes here, or have moved here full time.
“Wait and see, the mayor of Kalkan in about ten years, will be a British person,”
said Bekir.

“In other parts of Turkey, you will see mostly Spanish people visiting.
They come to see the ancient Christian churches there.
They are very interested in Christianity,” said Bekir.

“Other parts get lots of Chinese tourists, and in some areas you will see mostly adventure tourists. There are also areas that get mostly Russian or Turkish tourists,” he
added.

Bekir was a fabulous host.
Tireless, energetic, super friendly to everyone, his parents’ guesthouse, which he grew up in and now runs, is a gathering place for the community.

It wasn’t a long day of hiking for us, which was good.
We needed an easy day after days of rock climbing on steep mountainsides.
This must be the most rocky long distance trail I have ever hiked.
But I am loving it.
I also love the family run guesthouses, with their warm hospitality and great home cooked food. The whole experience has been wonderful.

From Patara, we drove to Kaş (Ancient Antiphellus) along the beautiful Mediterranean coast.
Kaş is pronounced Kash.

It is a very popular beach resort town, with two marinas, dozens of restaurants, cafes, shops, dive shops and hotels.

This is the first time we are staying in a hotel on the Lycian Way, and it is quite different from the guesthouses.
It is run by an employee who is not well trained to run a small hotel, despite trying hard.

We packed all the clothes we had been wearing and walked to the nearby laundromat.
Three hours later we had wonderfully clean and nice smelling clothes.
Washing clothes by hand, which we do after most days of walking, does not clean the clothes as well as a washing machine.

We walked to see the Lycian rock tombs in Kaş, had a meal in the main square and some tea in a cafe in the new part of town.
I love the Turkish “Ada Chai,” which is a fresh sage tea.
They collect young flowering sage plants and dry them to make tea.
It is my favorite tea here, as the regular Chai, drunk all over Turkey, can be too strong of a stimulant for me, and if I drink it in the afternoon, it keeps me awake at night.

That night I collapsed in bed and slept for many hours.
I did not make any notes nor read about the route for the next day.

That night we watched TV and saw the latest news.
The USA stock market sliding down, Brexit vote at a lockdown, China, France…

On TV I saw Paris being burnt by its angry citizens, and the prime minister, apologize for trying to raise taxes on petrol.
I have seen the anger and felt the desperation of the French people when we were there recently.
I have seen it coming….
Only romantic fools living in their own fantasy world, can visit Paris these days and not feel it….
I said a silence prayer for peace in their hearts….

From Turkey, wishing you a blessed day and night,
Tali

Overnight in Kaş (Ancient Antiphellus)
Linda Beach Hotel (so so)