Day 32 – Walking the Nakasendō, Japan – Finally, We Cross The Sanjō Ōhashi Bridge In Kyoto, The End Of Our Journey 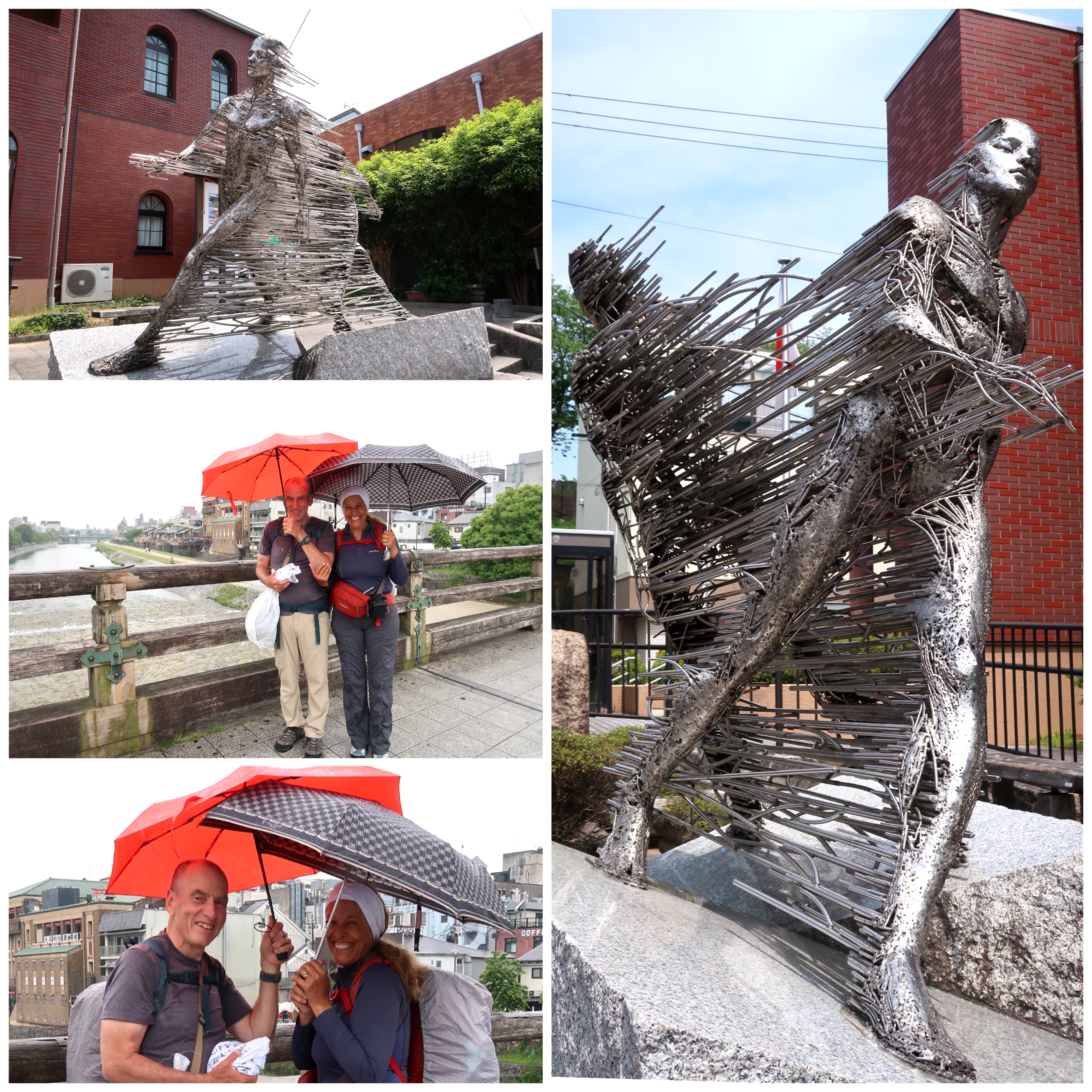 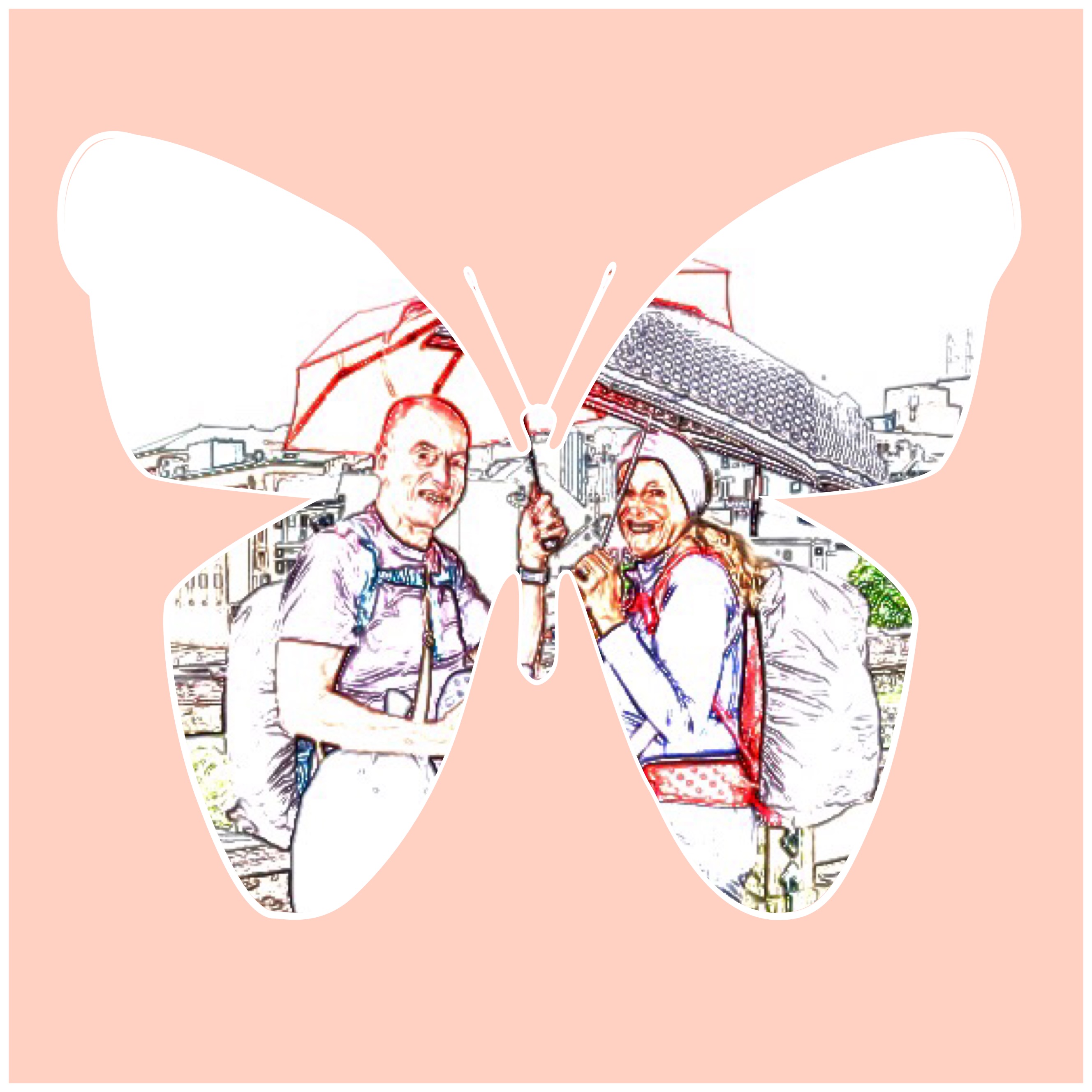 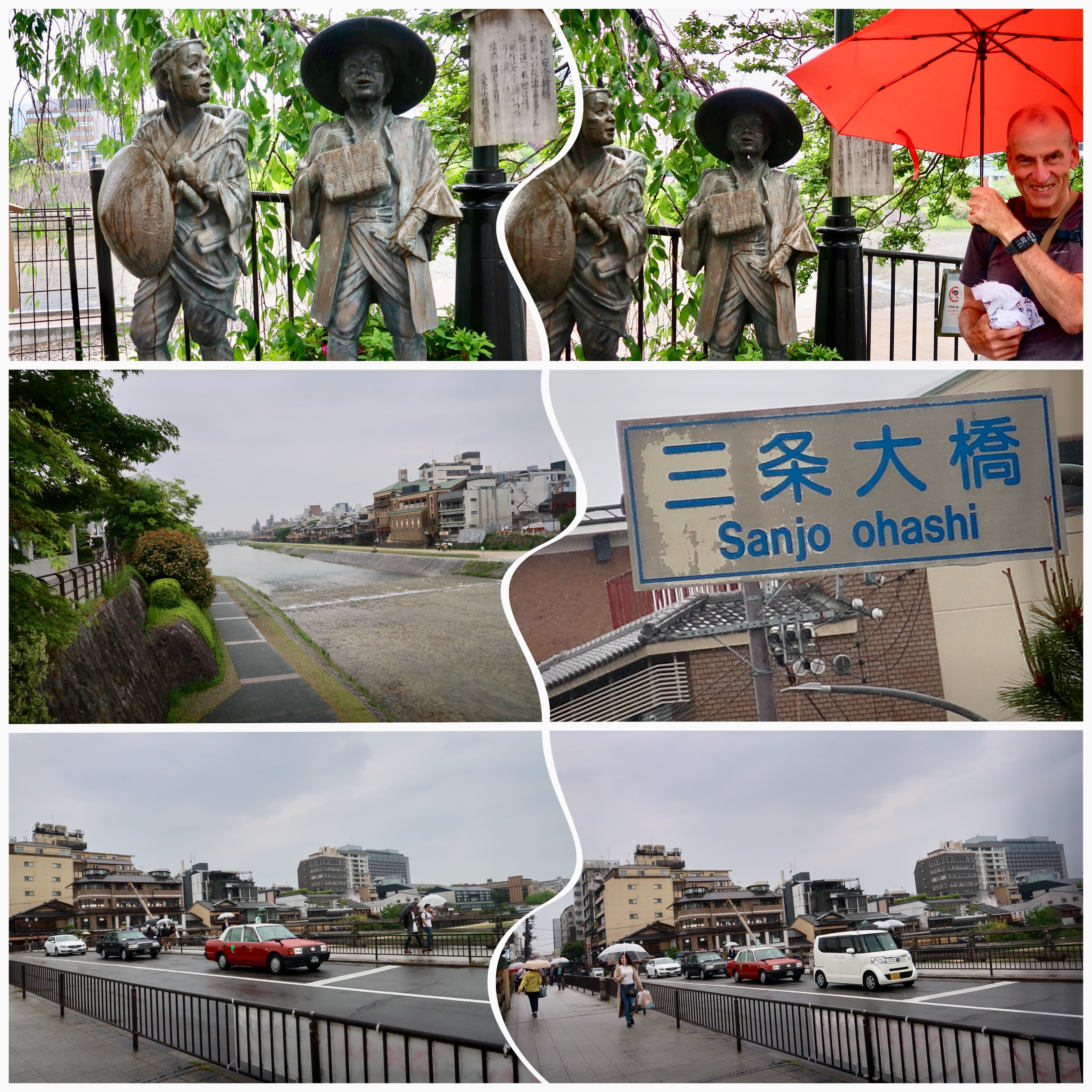 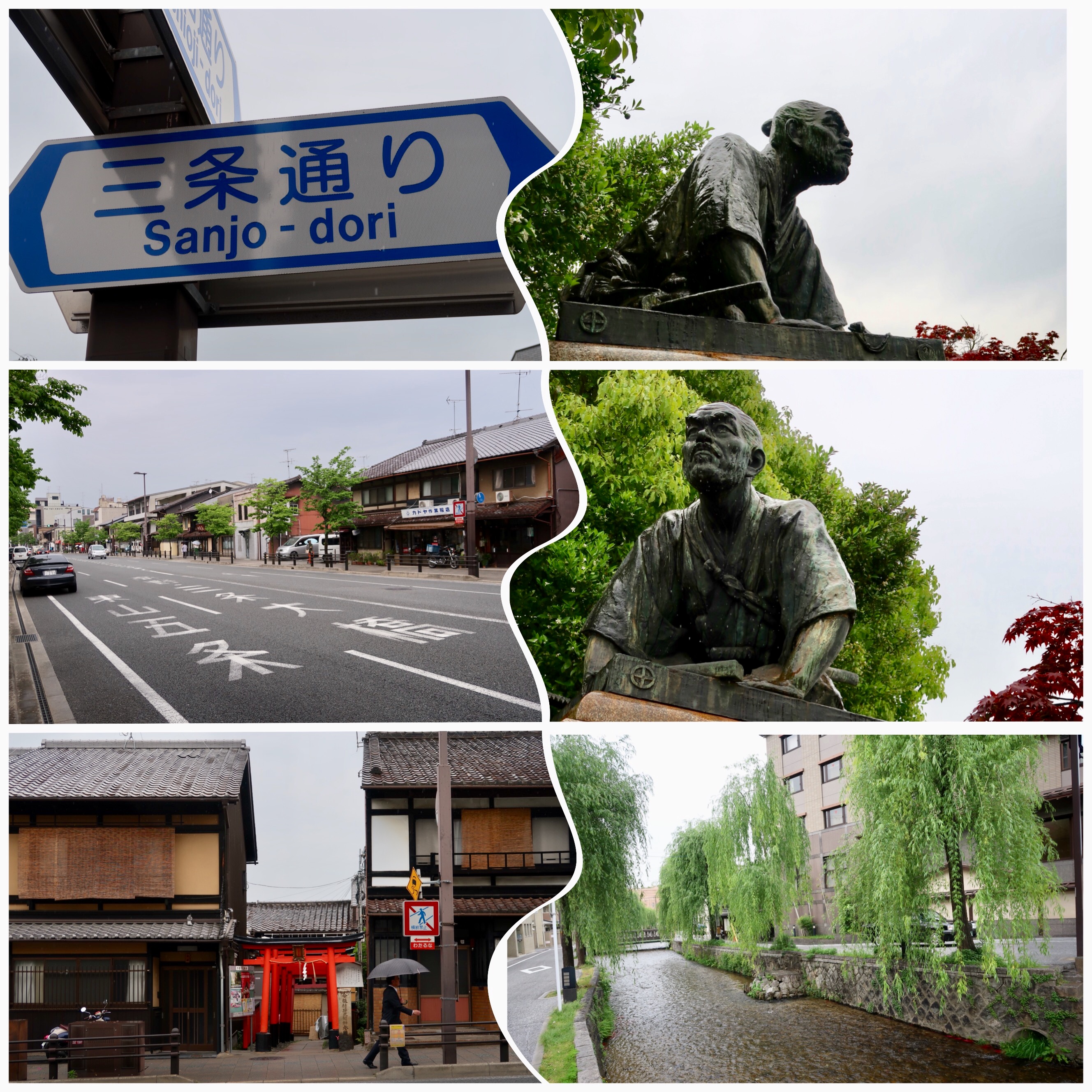 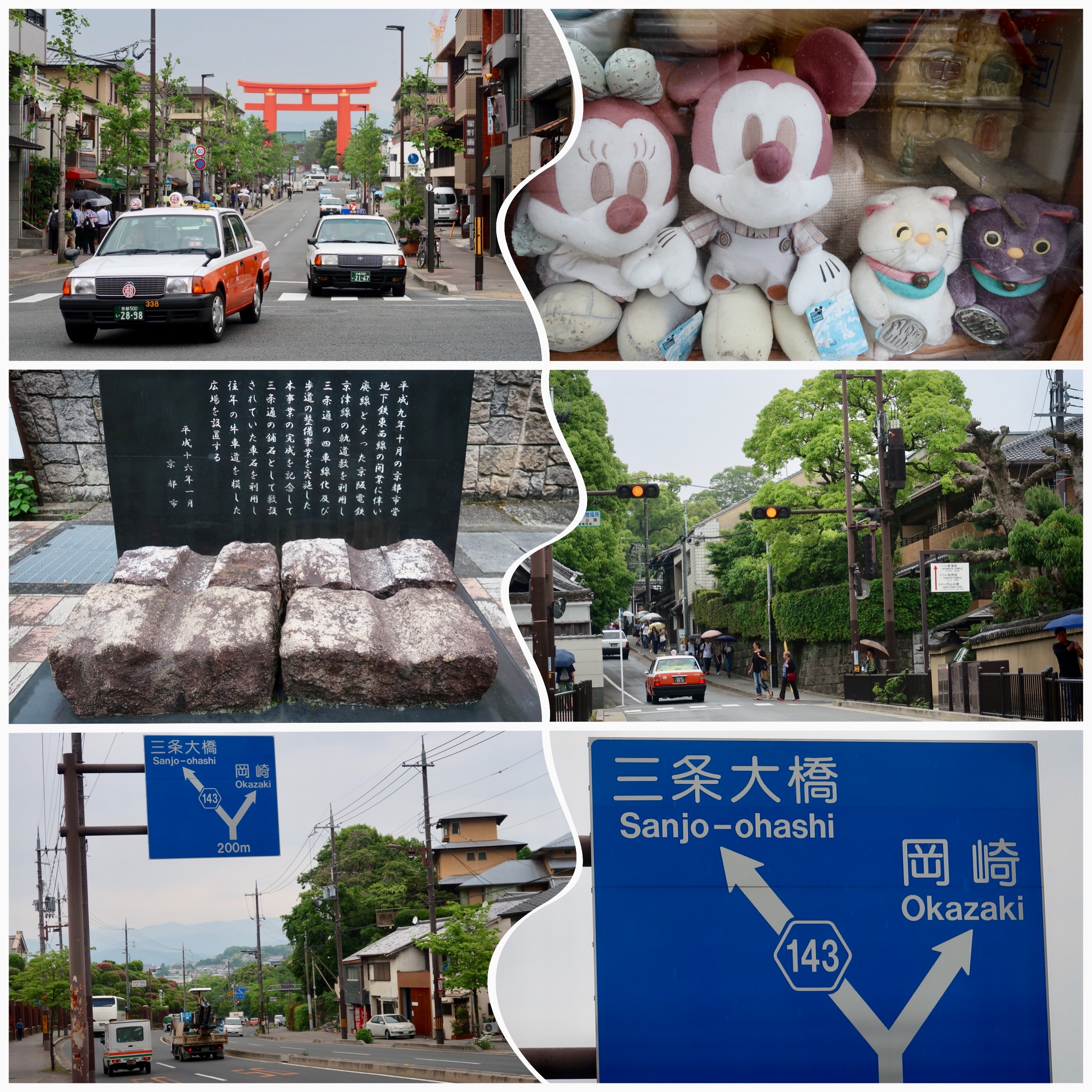 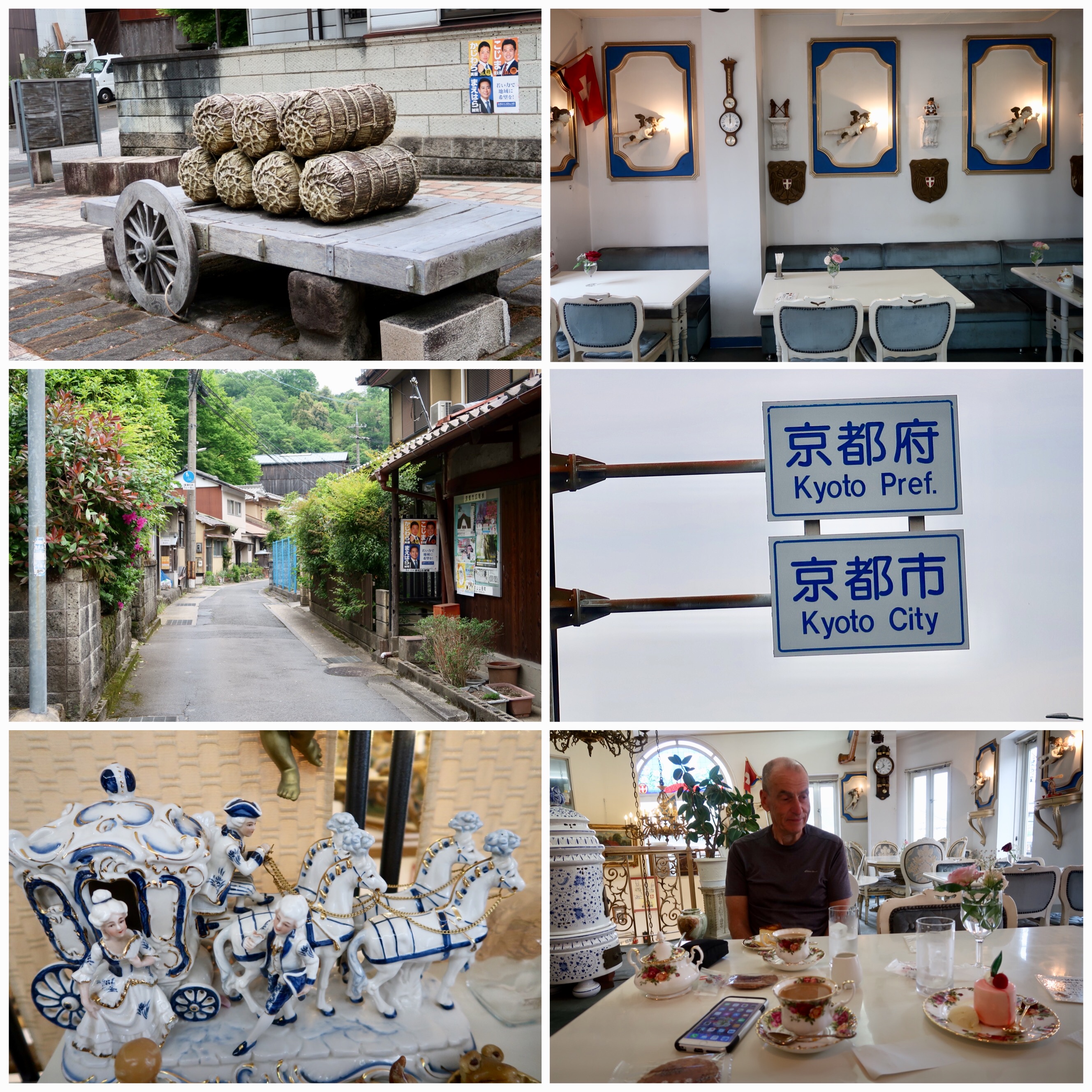 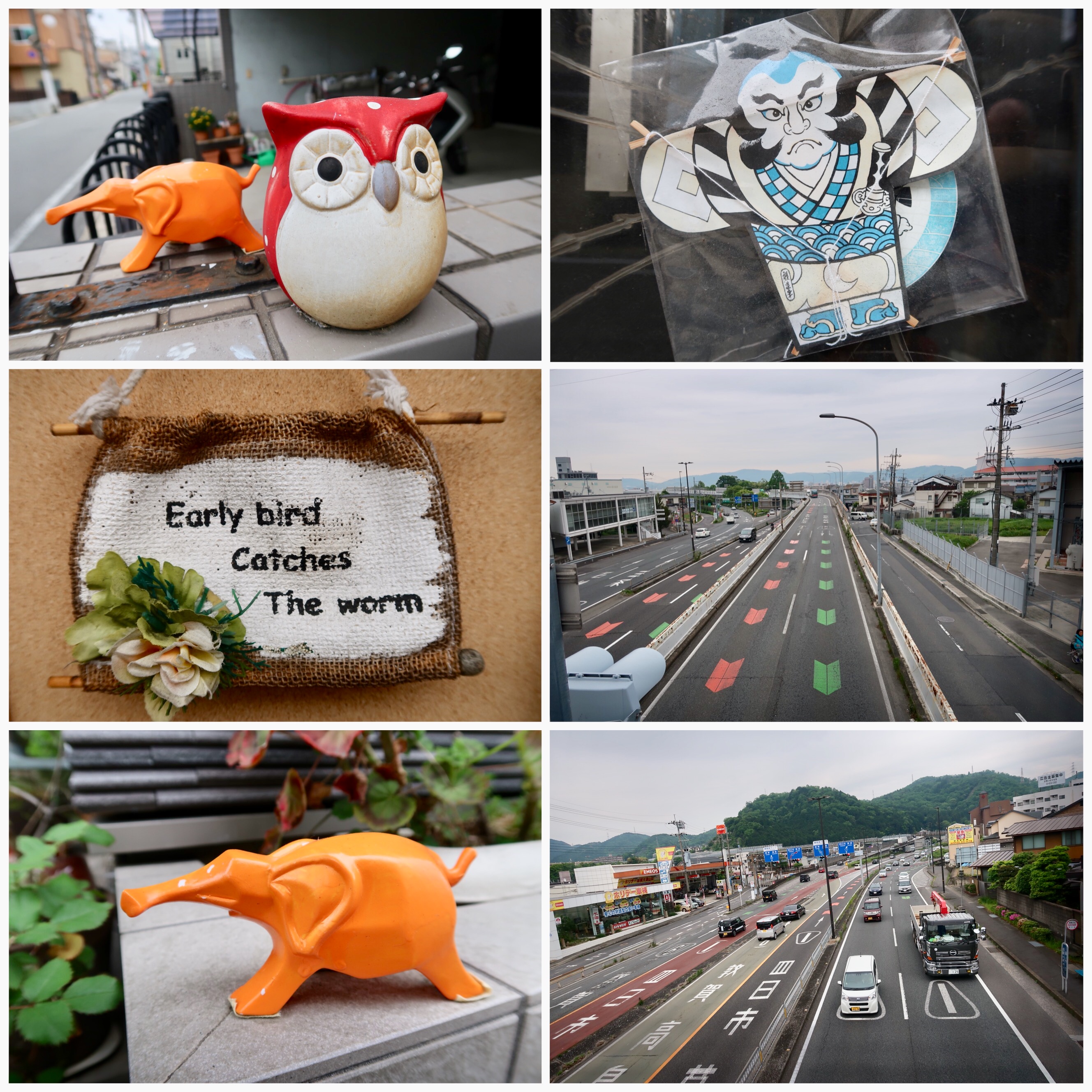 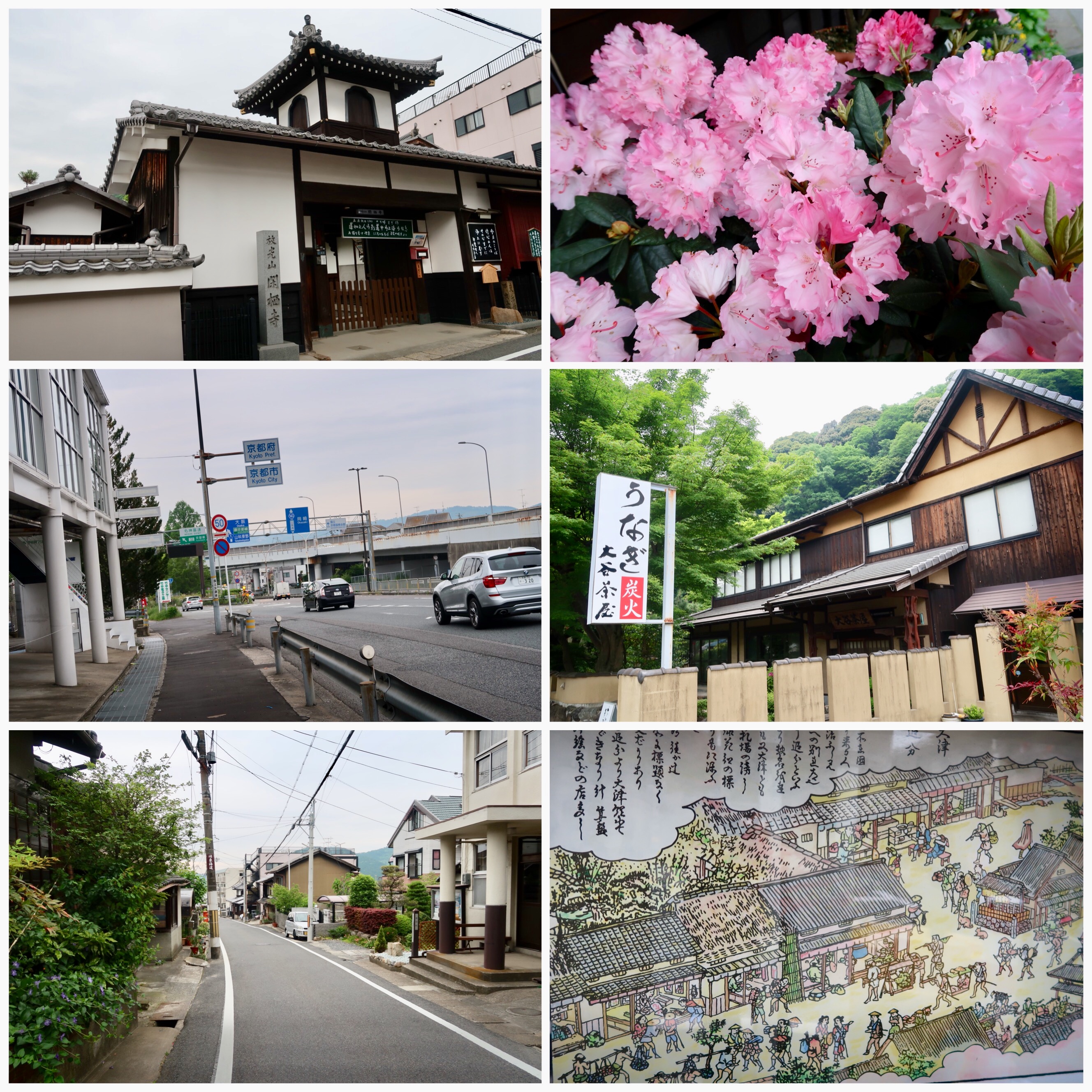 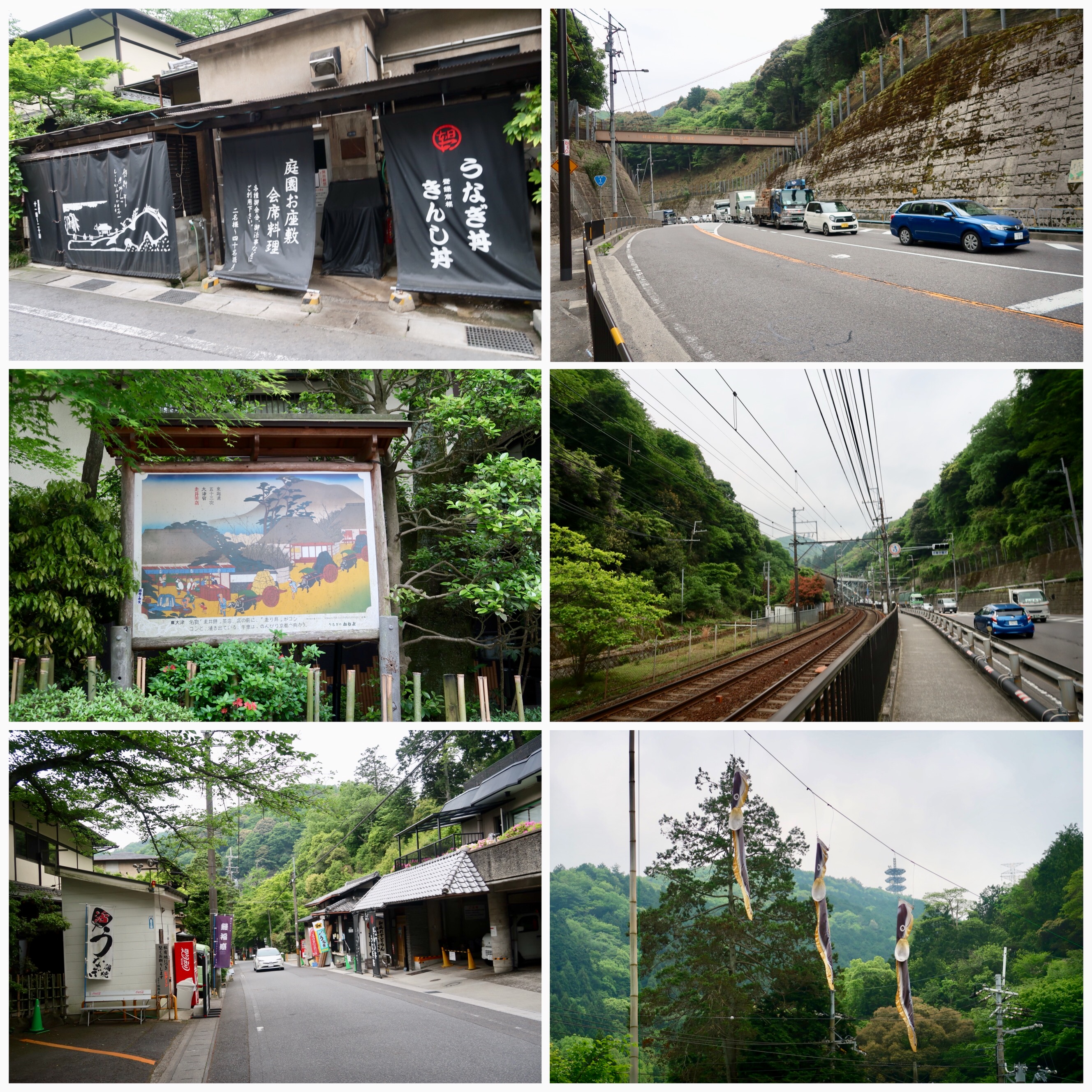 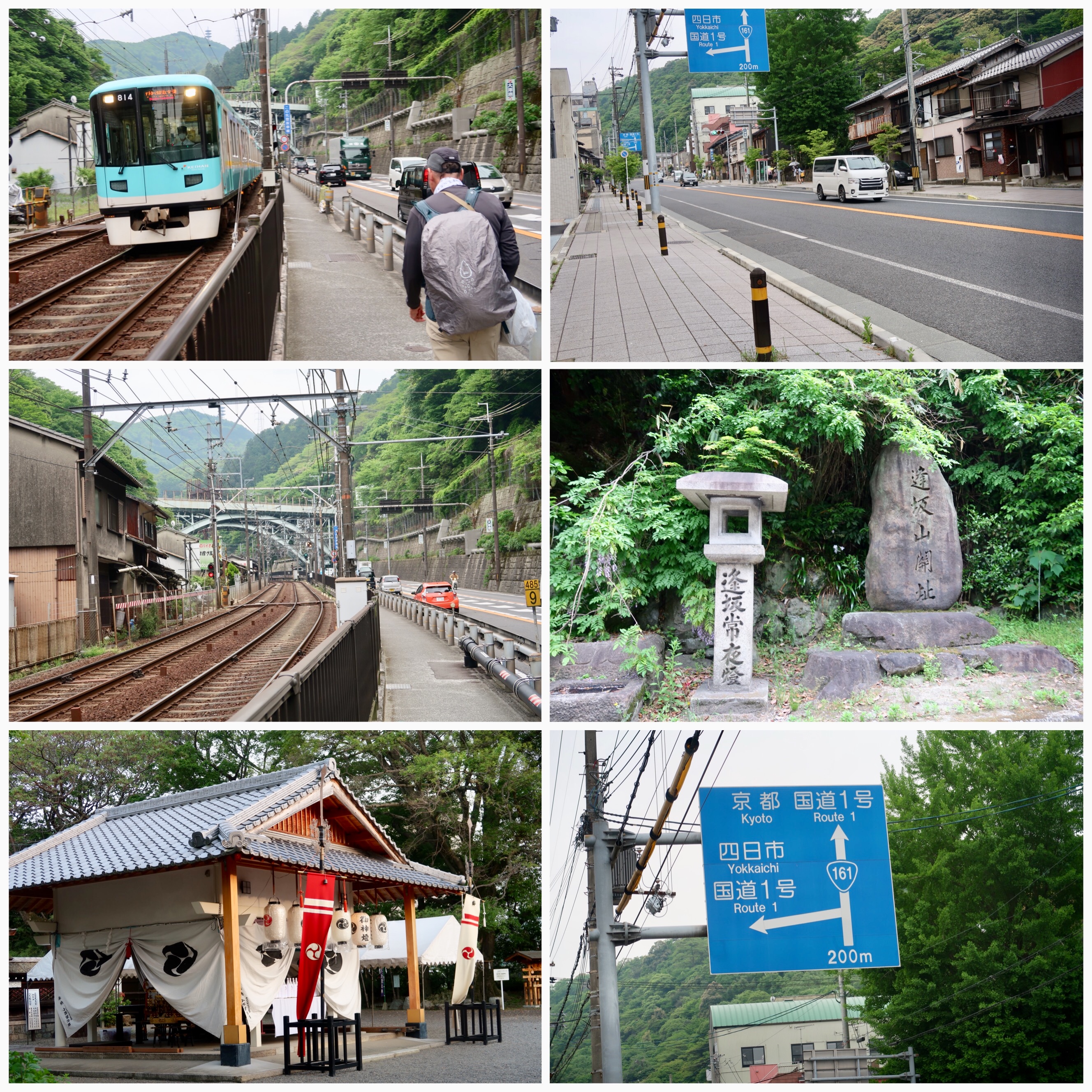 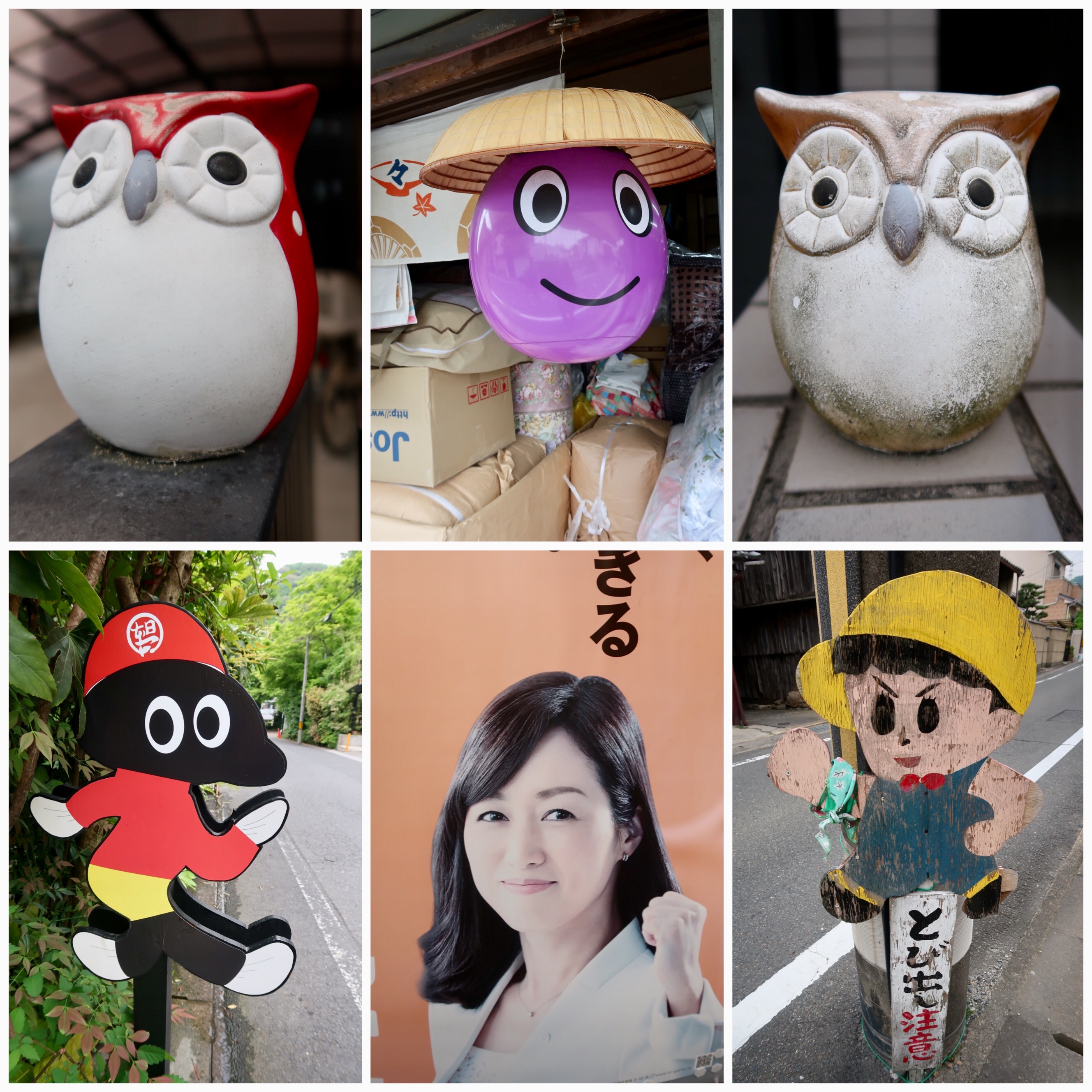 Day 32 – Walking the Nakasendō, Japan – Finally, We Cross the Sanjō Ōhashi Bridge in Kyoto, the End of our Journey

Today we finally arrived in Kyoto, the final destination of this foot pilgrimage, that began in Tokyo 32 days ago.

We had walked every inch of the journey between Tokyo and Kyoto, (Beside taking transportation to our hotels.)
We walked through the Central Japanese Alps, up and down mountains, across rivers and through small towns and big cities.

It was a grey and rainy day when we crossed the Sanjō Ōhashi bridge in Kyoto.
I had tears in my eyes.

We had been walking from Ōtsu, the 69th and last post town of the Nakasendo, since early morning, trying to outpace the rain.

Along the road from Ōtsu to Kyoto, we passed by a small road with a few traditional eel restaurants, wedged nowadays between the highway and the crisscrossing trains.

The mountains surrounding the ancient capital of Kyoto, full of Buddhist temples, were all around us, but the busy roads were noisy and a layer of smoke and years of car soot were on the trees.

It is amazing to me that some people can continue living near such noisy roads and passing trains.

It is what I would call, “The Benli Curse.”
The Benli Curse has blinded Japanese people to a very unwholesome way of living, as long as it is Benli.

“Benli” is a Japanese word that means “Convenient.”

Once, when I still thought that I wanted to buy a house in Japan, I was looking at a lovely house that I had found on the Internet.
I emailed the real estate agent for more information.

She answered by saying that the location of the house, was not “Benli,” meaning that it was not located near a subway or a train station.

It was not a Benli location, and that was that.
She did not want to give me any more information about the house, because she believed I would not like being far from the train, and probably would not be able to resell the house.

Modern Japanese people have learned to value convenience more than anything.
New apartment buildings advertise how many EXACT minutes on foot they are located from the train station.

A bus is very inconvenient, and thus not considered Benli.

And even though the passing high speed trains make the walls and windows of the houses shake as they speed by, people buy them because they are Benli.

What happened to the soul of the Japanese people who once built Buddhist temples and shrines on top of the most remote mountains, KNOWING full well that the silence was healing, and enriching, and pure gold for the human soul…

They knew quiet and purity can only be attained away from the crowds and the noise and for this, they gladly “sacrificed” convenience for the rewards of inner peace…

The Nakasendō finally veered away from the busy road to a secondary road, and before our last crossing of the mountains into Kyoto, we stopped at a neighborhood bakery that made mostly cheesecakes.

We had good coffee and mini cheesecakes on the second floor of their tea room, sitting on French Louis the 14th Style furniture surrounded by Swiss decor.

The path to Kyoto skirts the mountains that surround Kyoto.
We saw many signs to Buddhist temples and Shinto shrines, located up above the road, near the peaks of these mountains.

We came down the hilly route, to walk along a wide city street that eventually, after several kilometers, came to the Sanjō bridge that signified the end of our pilgrimage.

Entering the city of Kyoto on foot, following the Nakasendō, which is now merged with the old Tōkaidō road, was a bit gentler and less overwhelming than entering a big city by plane or by train.

Still, seeing so many people walking on the sidewalks everywhere was a bit overwhelming.
Tourists with umbrellas did what tourists always do around the world.
They walked the streets, took selfies of themselves in front of temples, posed at the entrances to cafes, photographed their food, sent Facebook and Line (very popular in Japan) updates to their friends.
It all felt so strange….

And then it dawned on me….
We are no longer pilgrims….
We have just entered the mainstream of society again….
A society that is focused on its many anxieties, appearances, comforts, ambitions and ease….
I had tears in my eyes….

The HUMAN RACE…
What are we racing for….
An endless race towards more illusions……

We asked a lovely older couple to take our photo at the Sanjō Ōhashi Bridge.
They saw that I had tears in my eyes, and I explained that we had just finished walking from Tokyo to Kyoto along the Nakasendo road.

They asked how long it took us, and we said 32 days.
We just finished, right here and right now….
Why am I so emotional?
Why do I have tears in my eyes…

Entering busy society did not feel good.
I love walking for long hours with my own thoughts, despite the pack on my shoulders and the difficulties of the trail.

Restaurants were packed without an available seat, people waited in long lines, all seemed so preoccupied with trivialities…..putting so much emphasis on temporal, meaningless things….

I think after this long walk, I need to be in an isolated place, not in a busy city like Kyoto.
But we have booked two more weeks of stay in Kyoto, so I will have to adjust my inner attitude.

In his book “Tramp – the art of living a wild and poetic life,” the Norwegian writer Tomas Espedal wrote about his life as a long distance walker and a wanderer.

Although he was not looking for higher consciousness or enlightenment, I love his stories about his wandering life.

Something he wrote in that book has stuck in my mind.
He said that after he finished a long pilgrimage, he looked in the mirror, and he KNEW that he had arrived.

He had arrived because he looked nothing like his old self.
After a long time on the road, he looked unshaven, disheveled, unkempt, someone else, a stranger to himself…..

Today I feel the same.
I feel nothing like myself and I do not look the same, when I look in the mirror.
I am sunburnt, and road weary….

But it is OK with me, not to look like myself
A personality is noting to be proud of, nothing that I AM proud of.
If today I am different, then it is a good thing… I too, have arrived…

With my humble love, a bit of tears and gratitude,
Tali (and Jules, who is not in tears and somehow, looks a bit better than he did before…)

Do not let anyone tell you the popular myth that Nakasendo is 524 Kilometers long!
It is 717 Kilometers from the Nihonbashi Bridge in Edo (Tokyo) to the Sanjō Bridge in Kyoto.

1 Comments on “Day 32 – Walking the Nakasendō, Japan – Finally, We Cross The Sanjō Ōhashi Bridge In Kyoto, The End Of Our Journey”