Day 31 – Walking the Nakasendō, Japan – From Moriyama To Kusatsu To Ōtsu 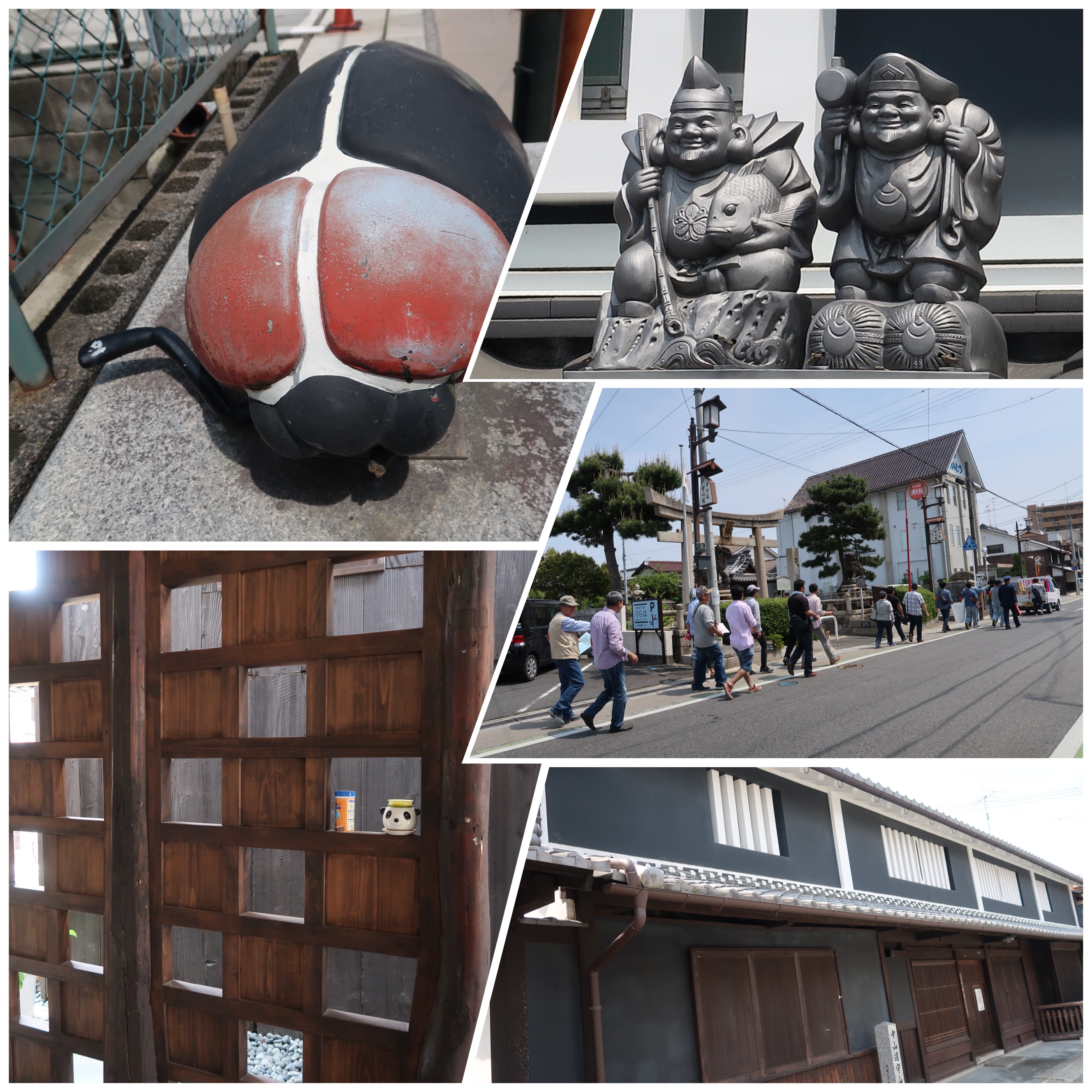 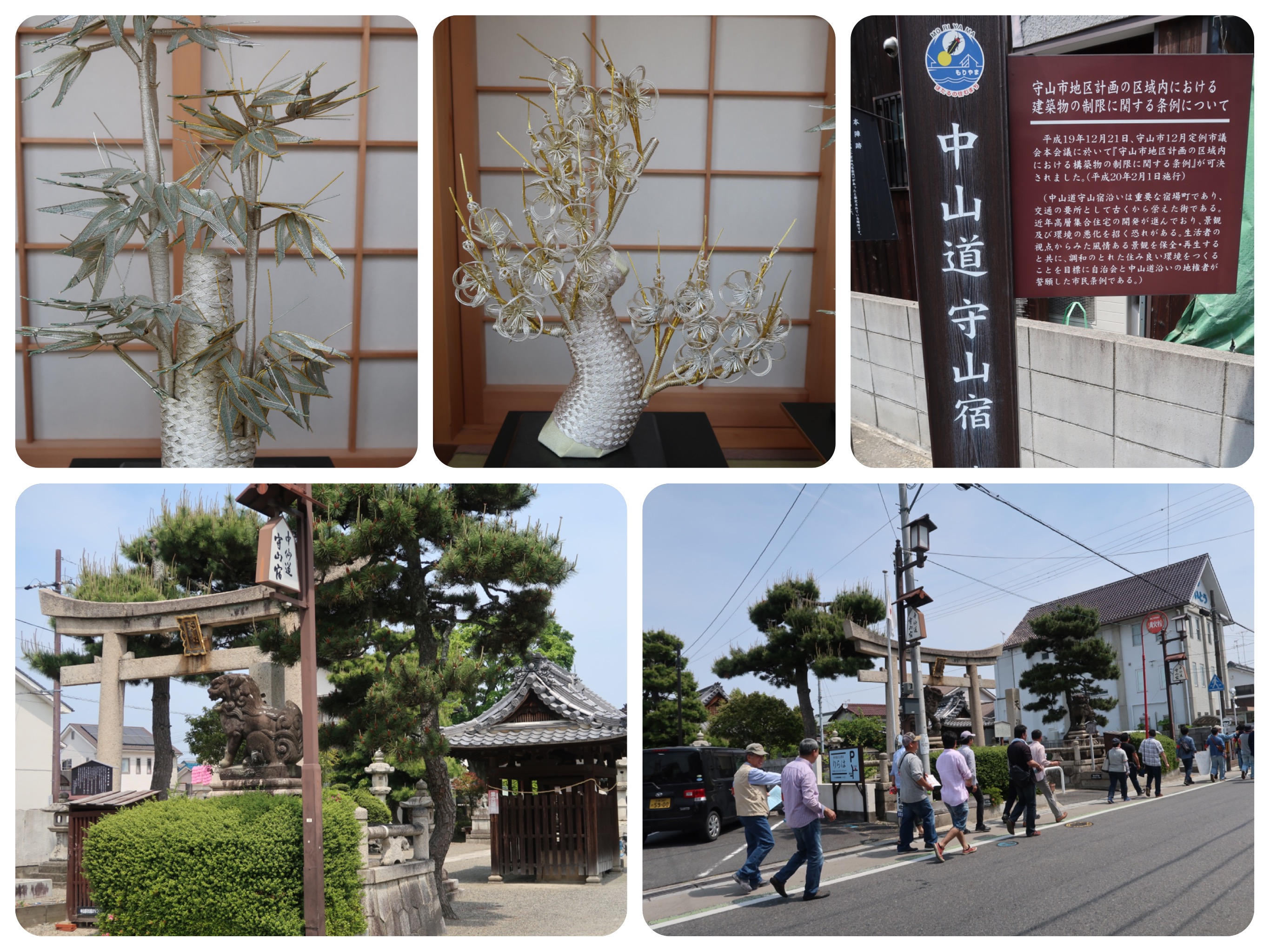 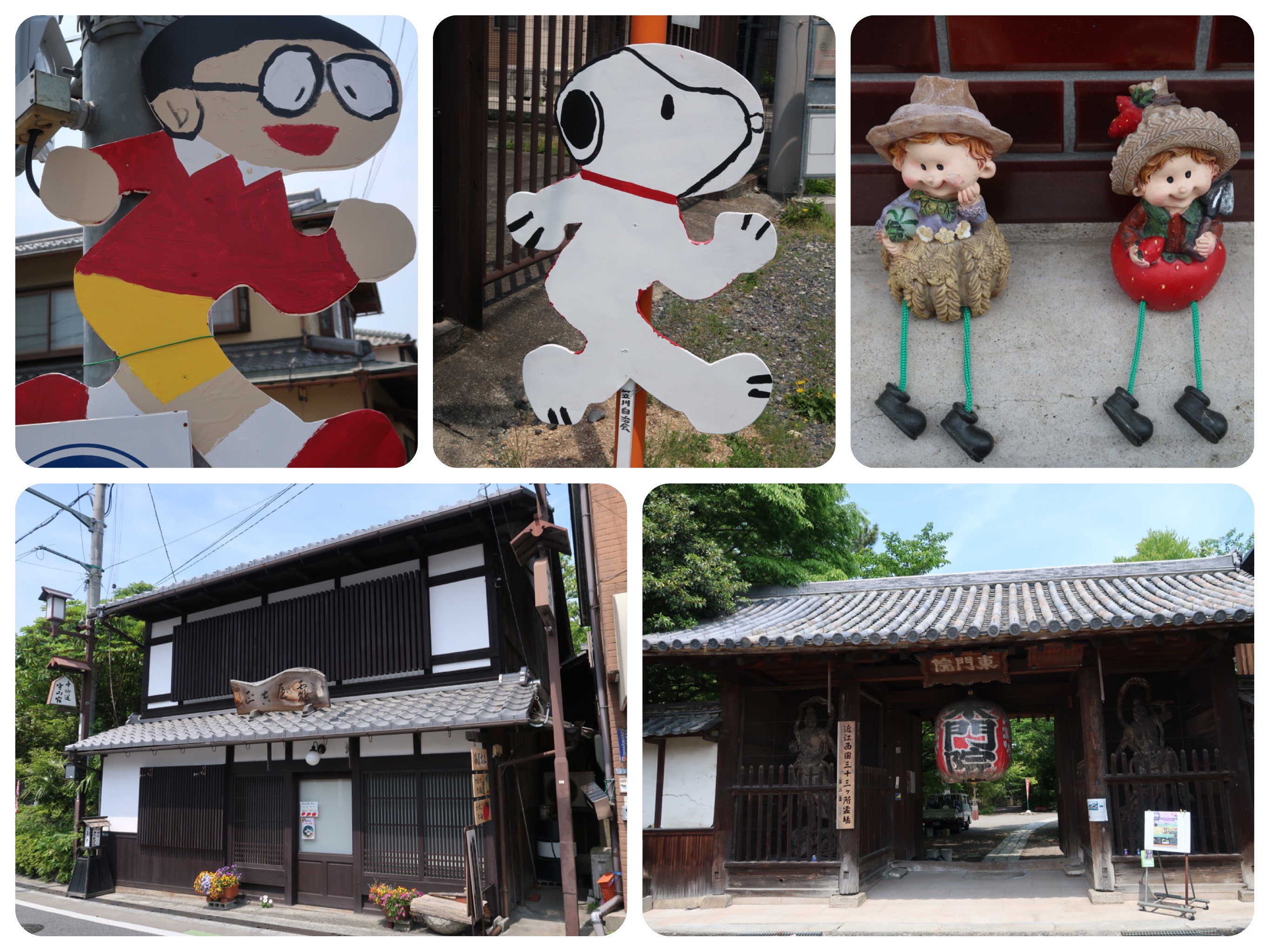 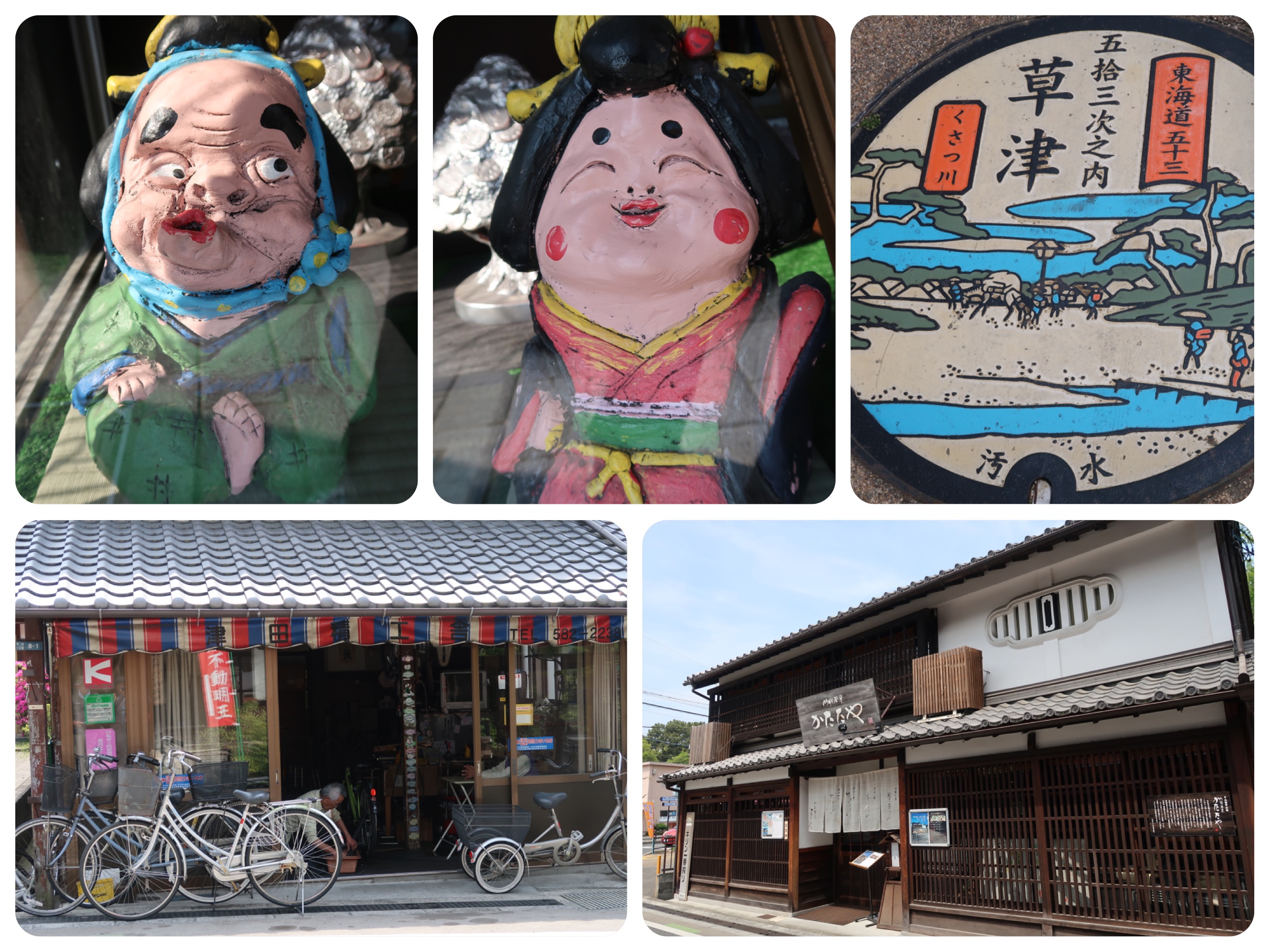 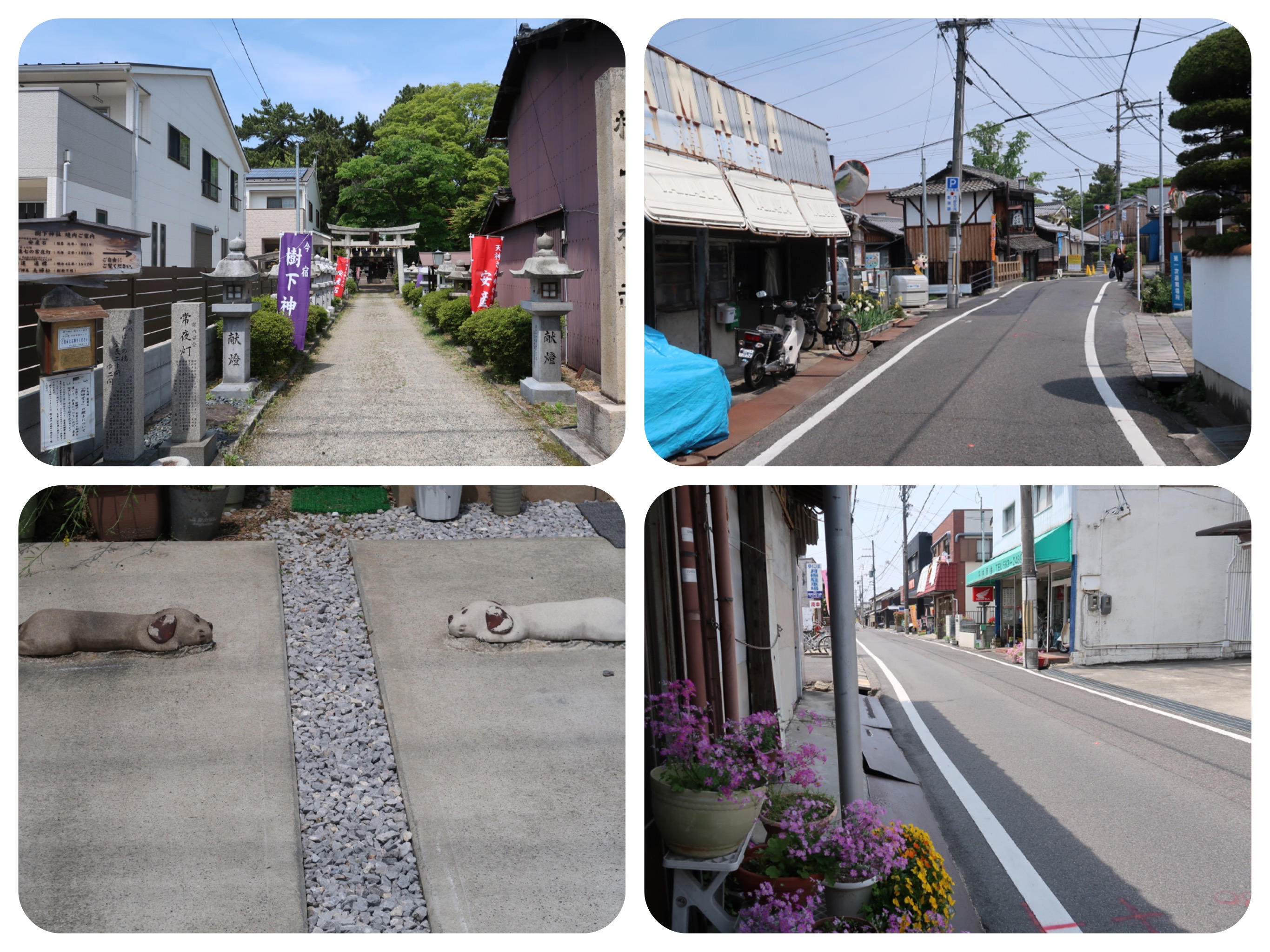 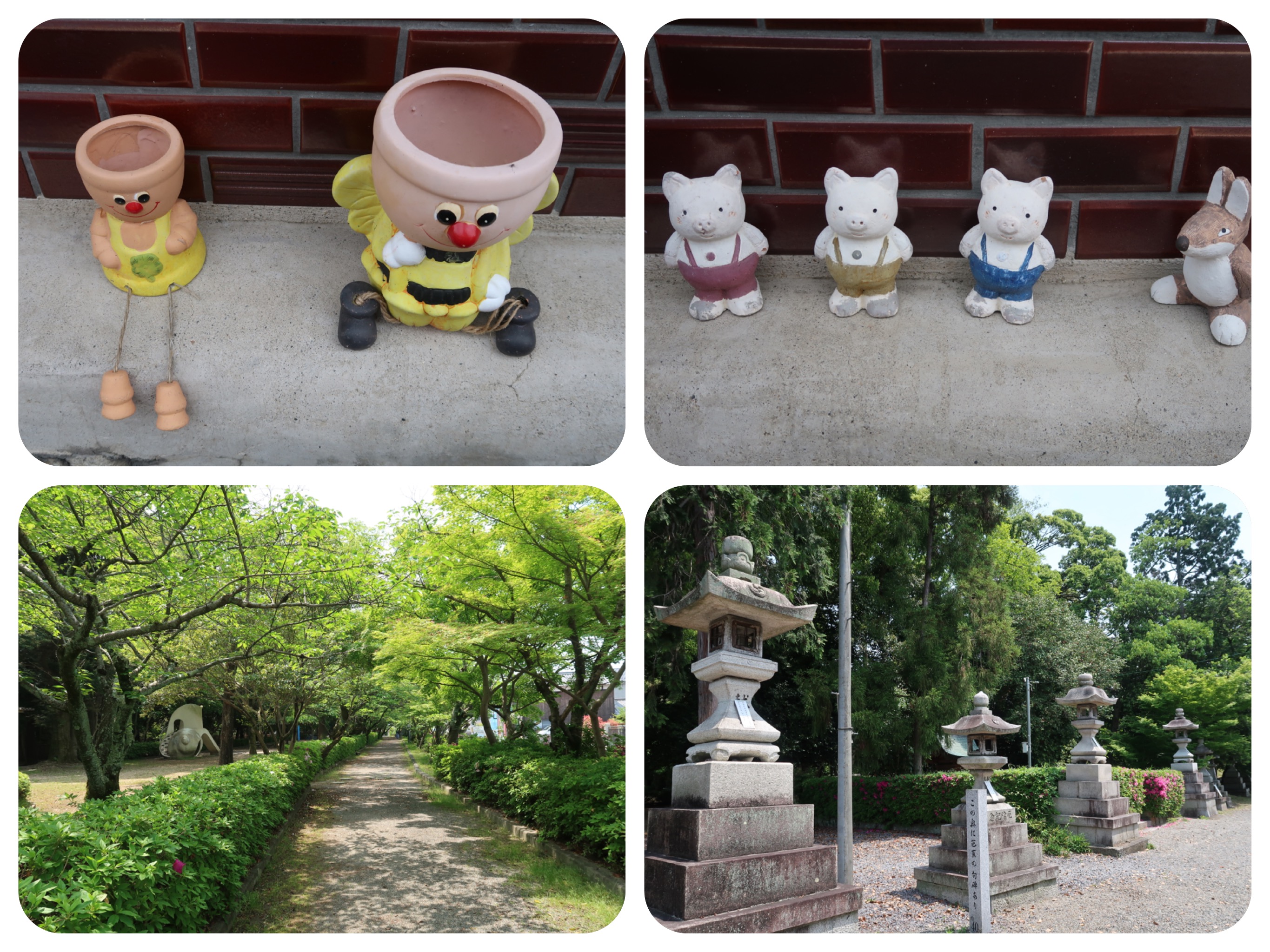 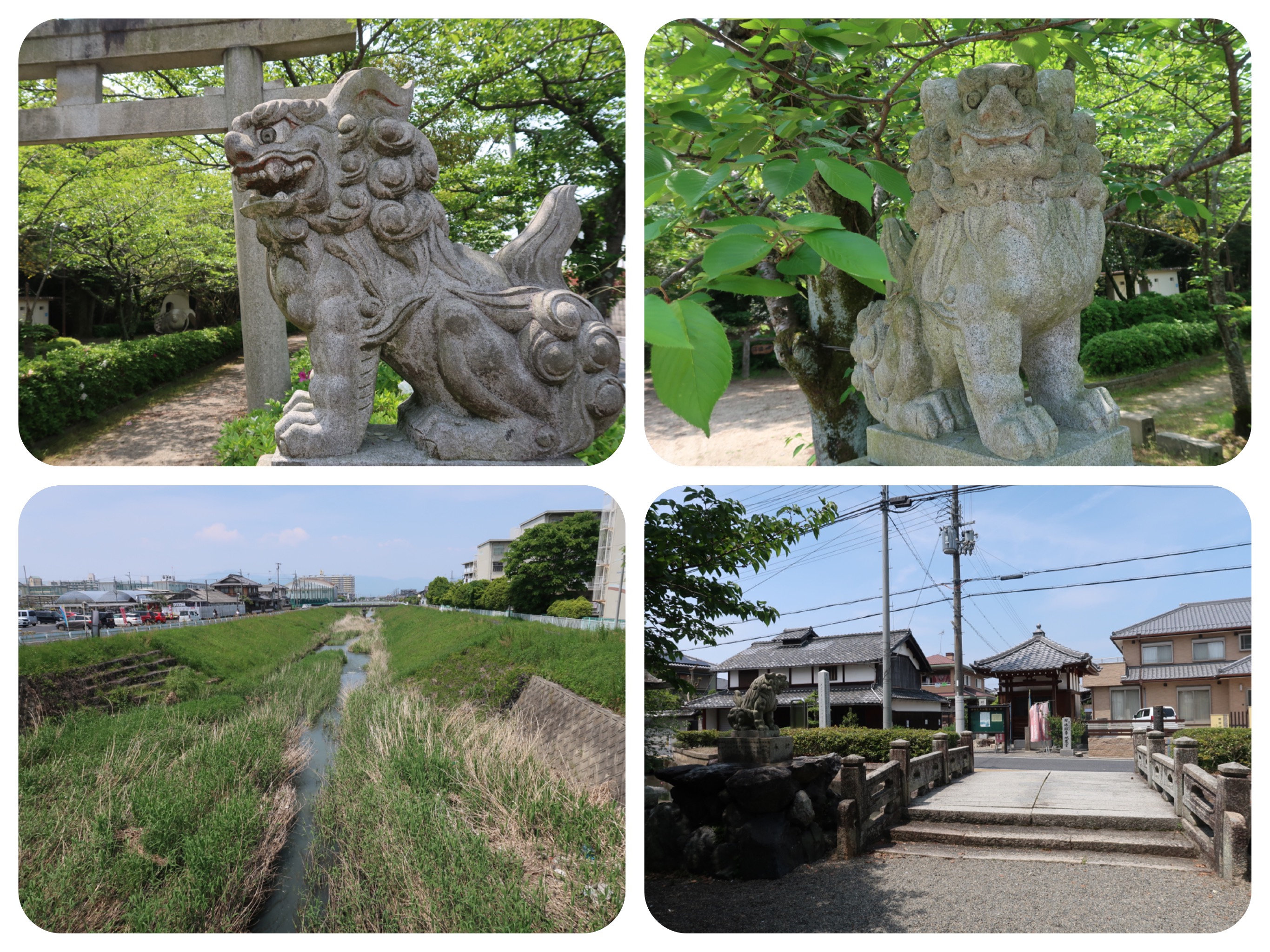 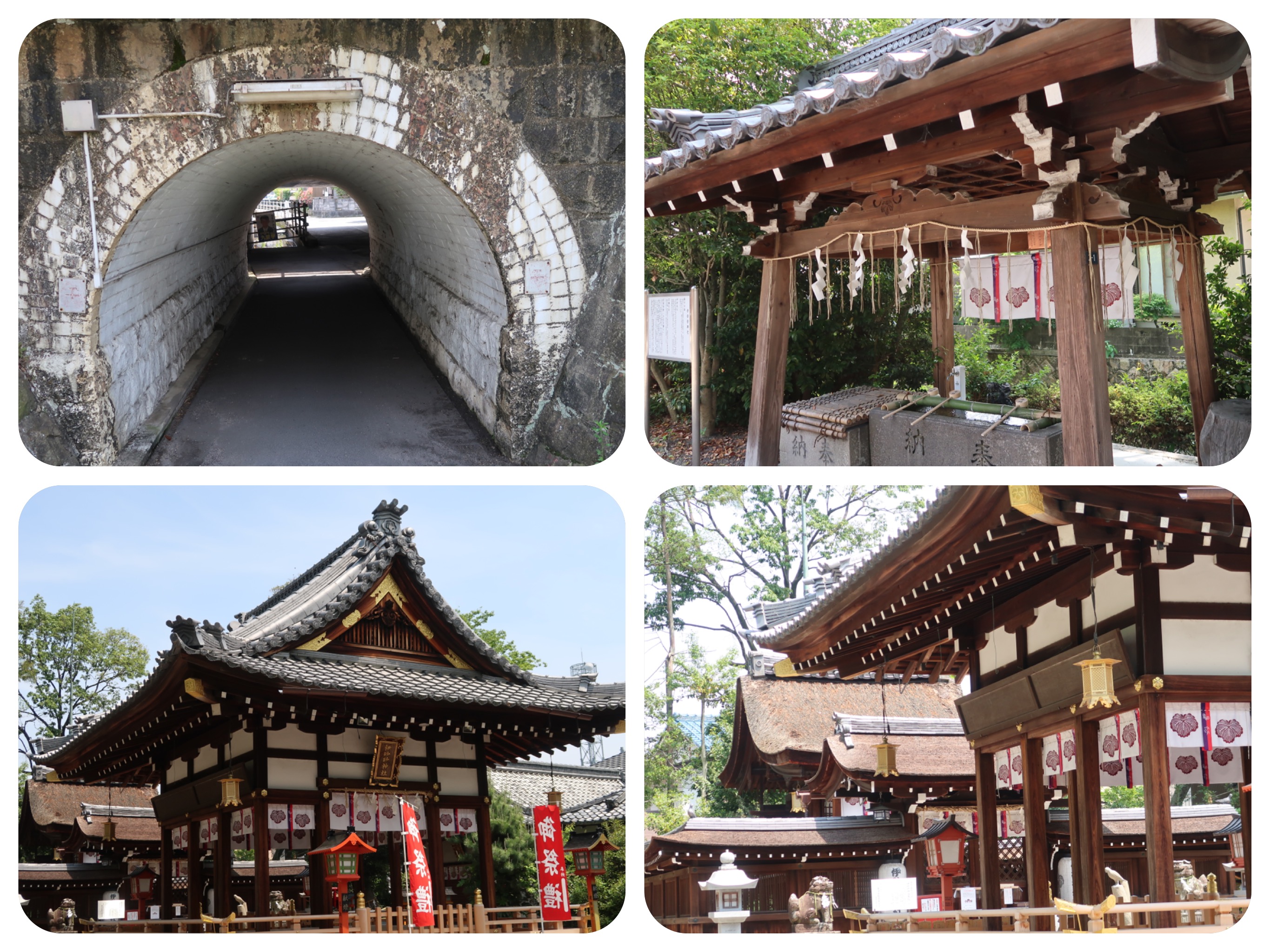 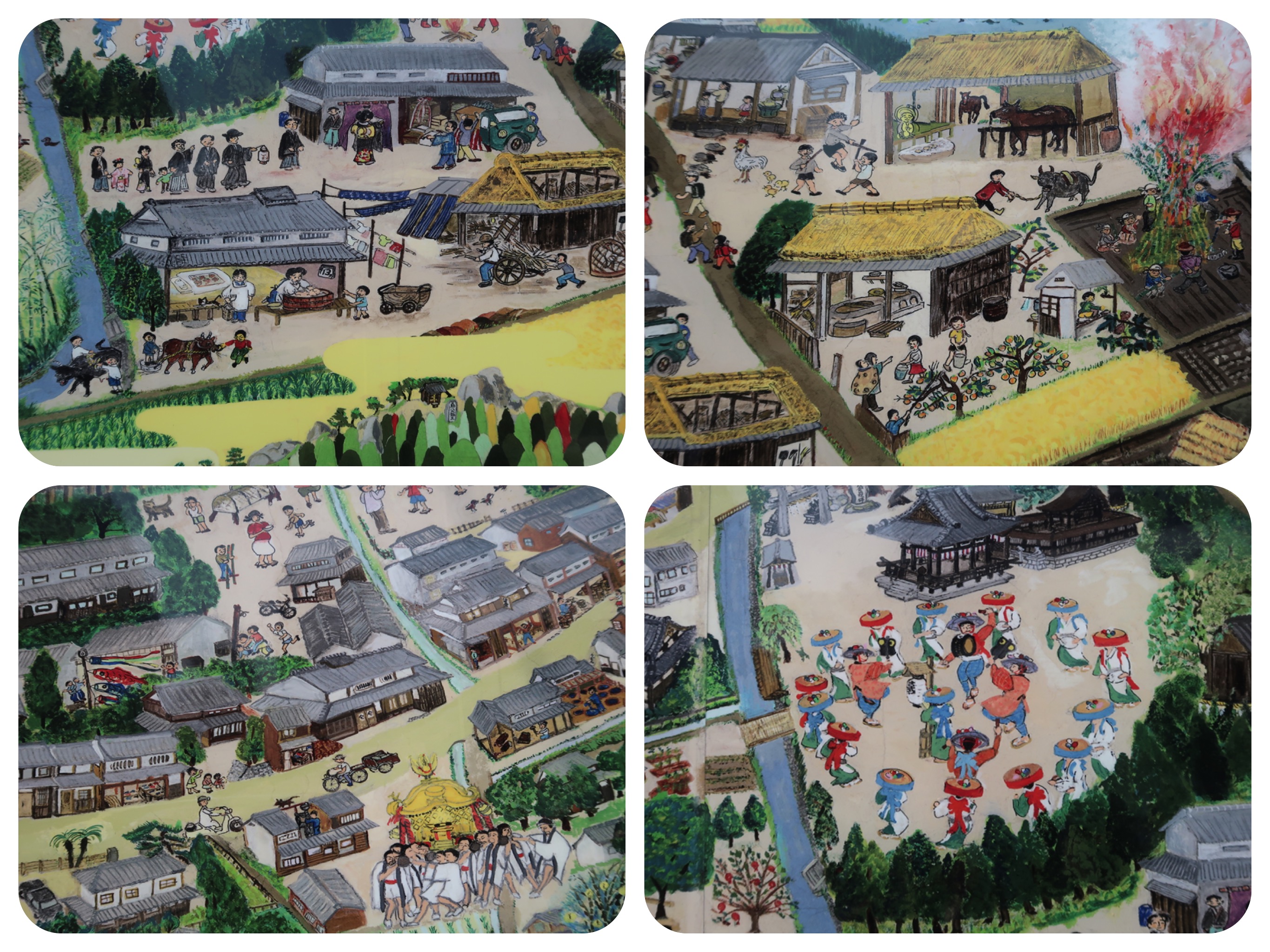 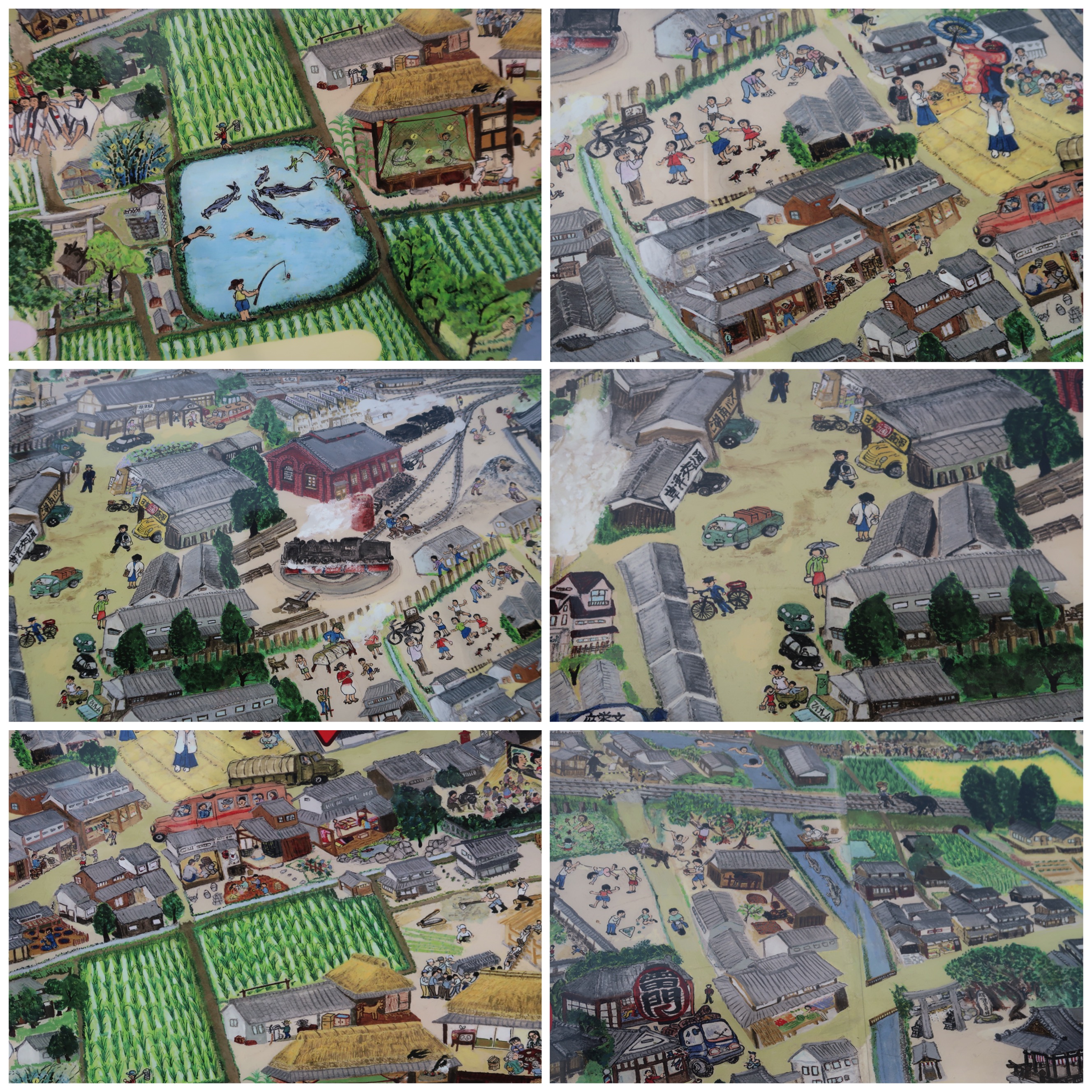 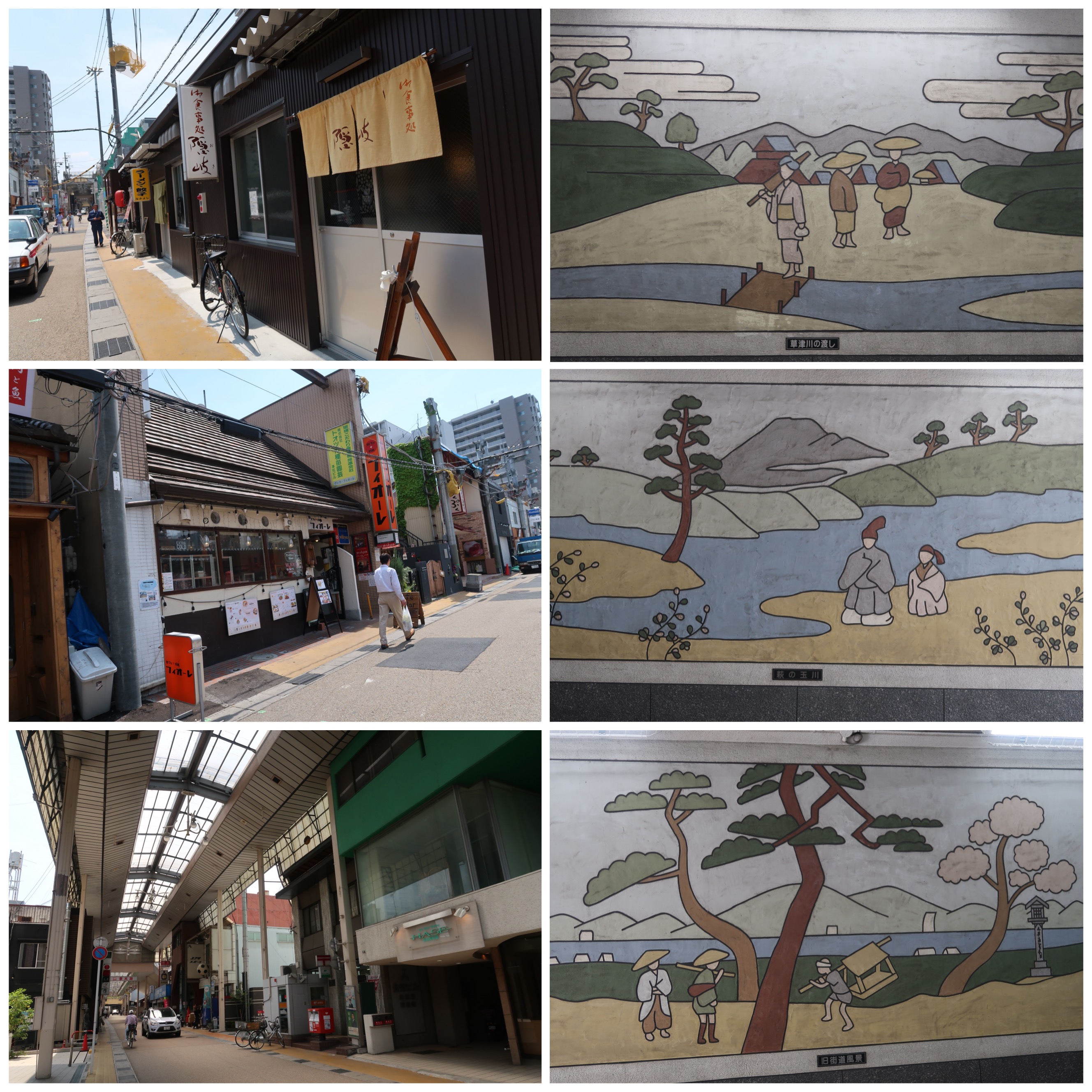 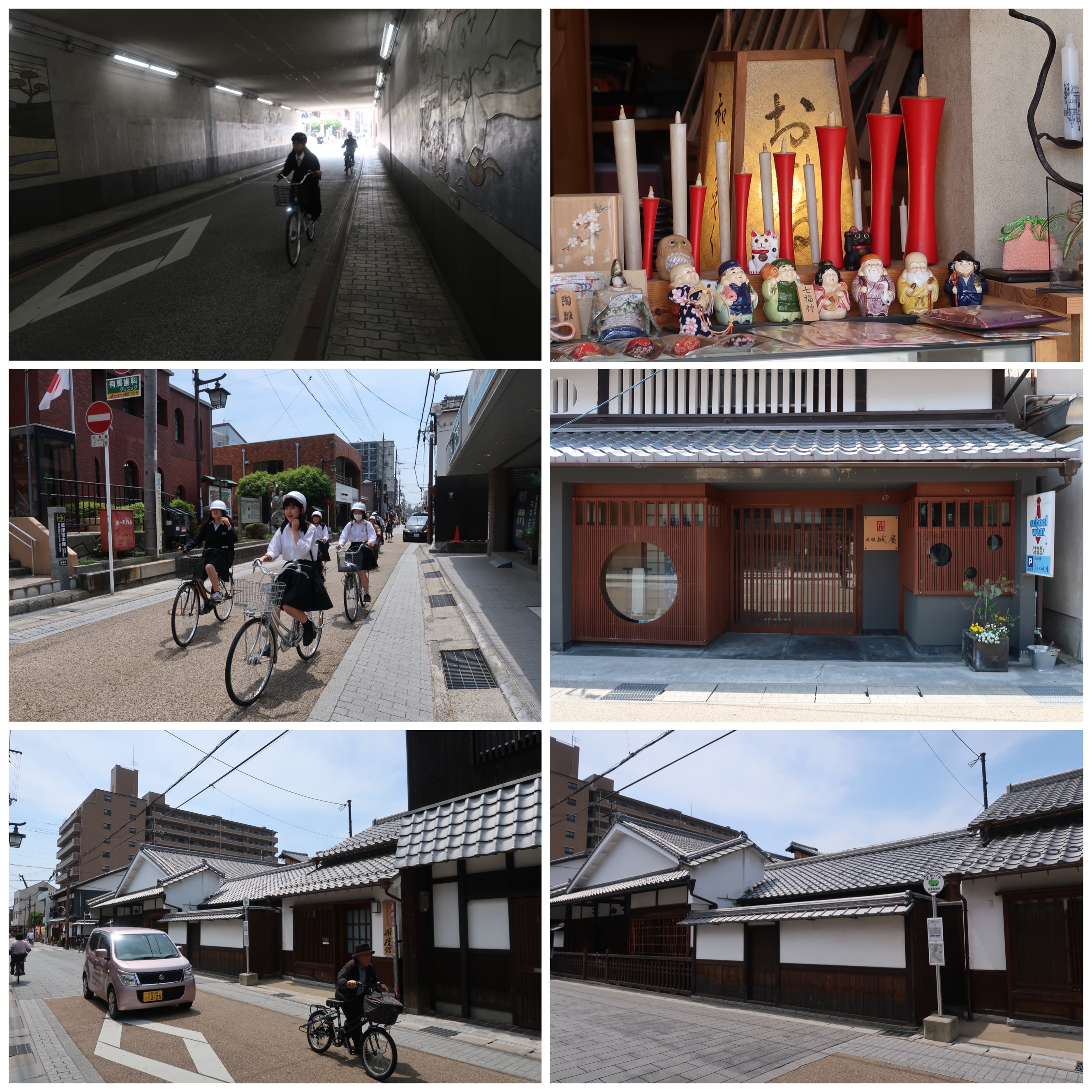 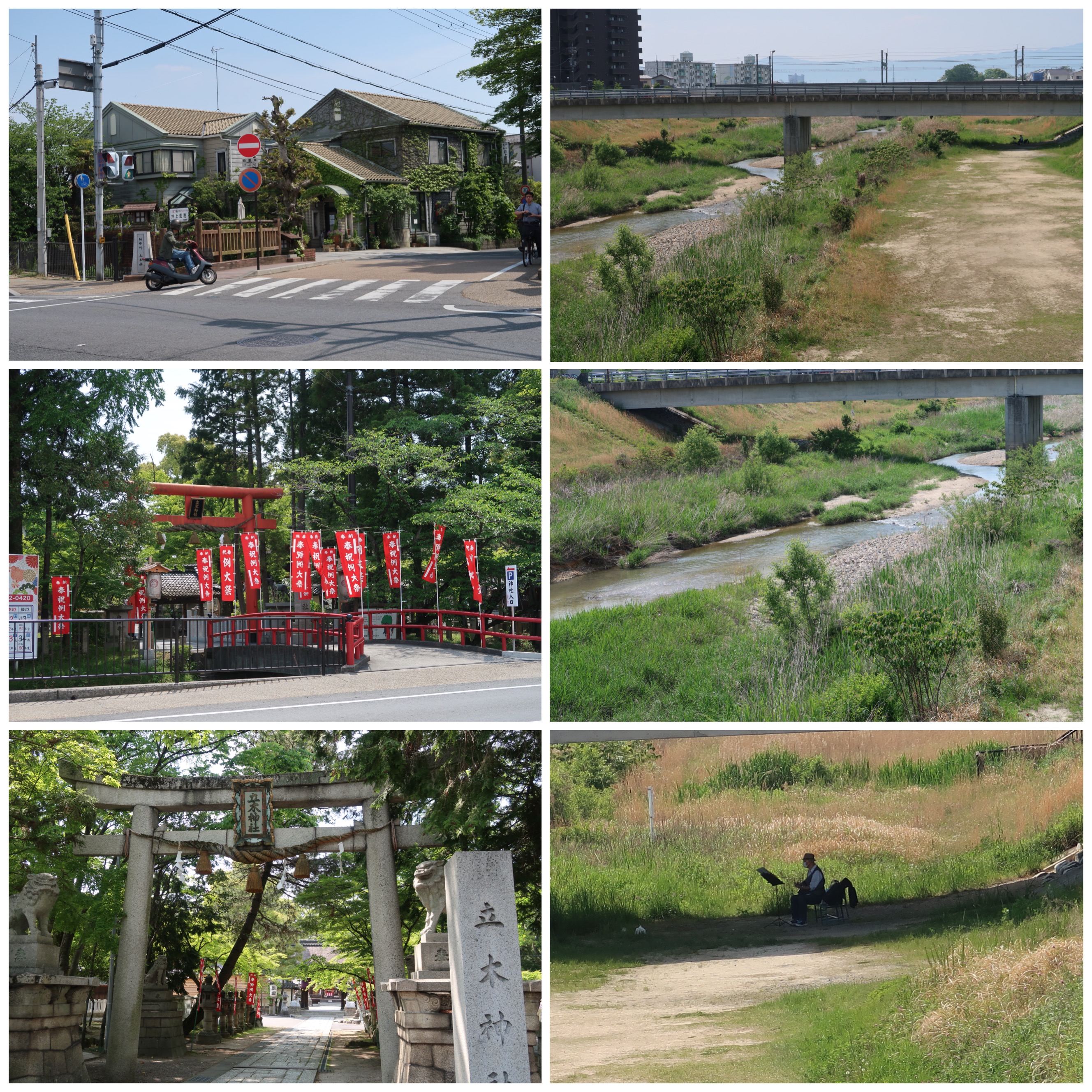 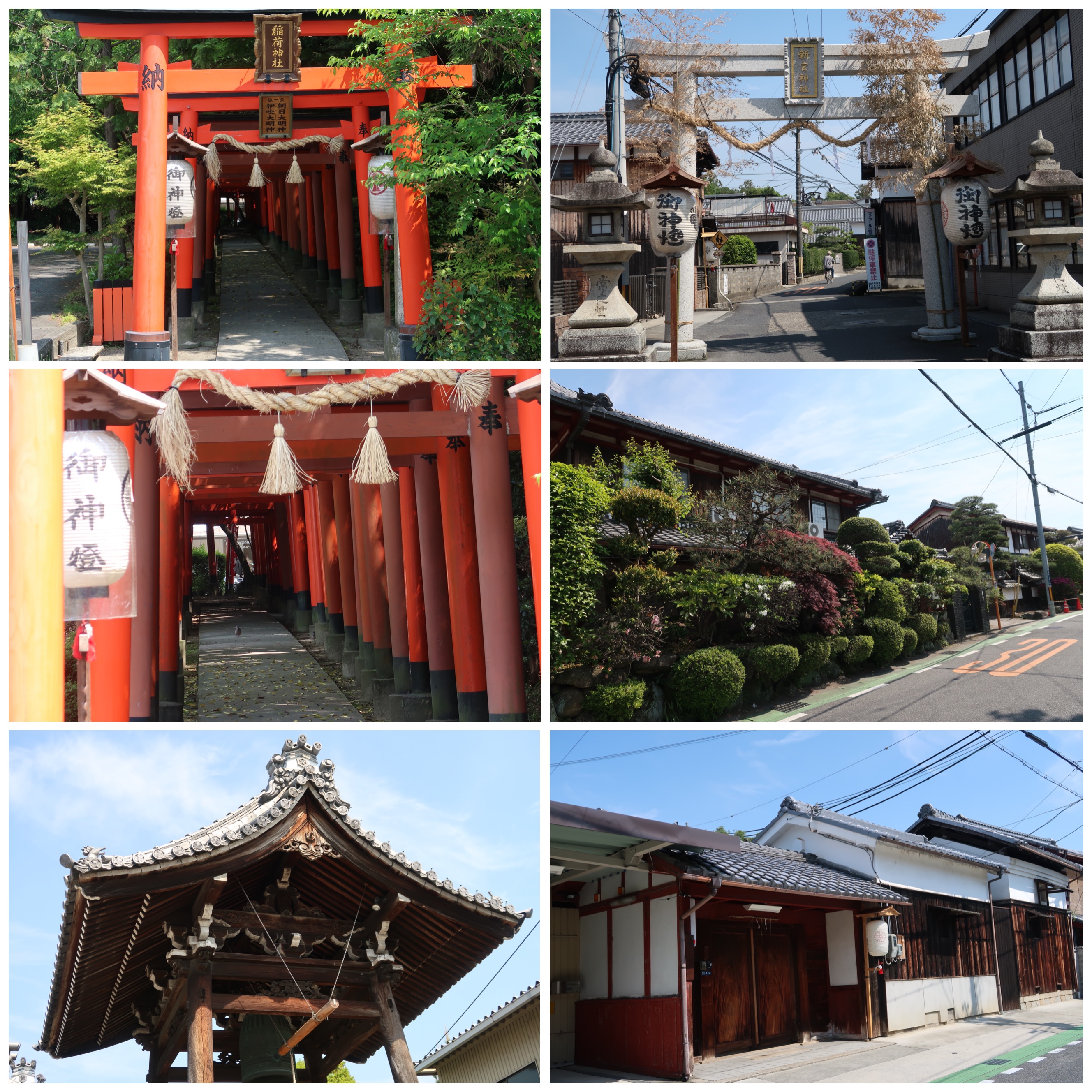 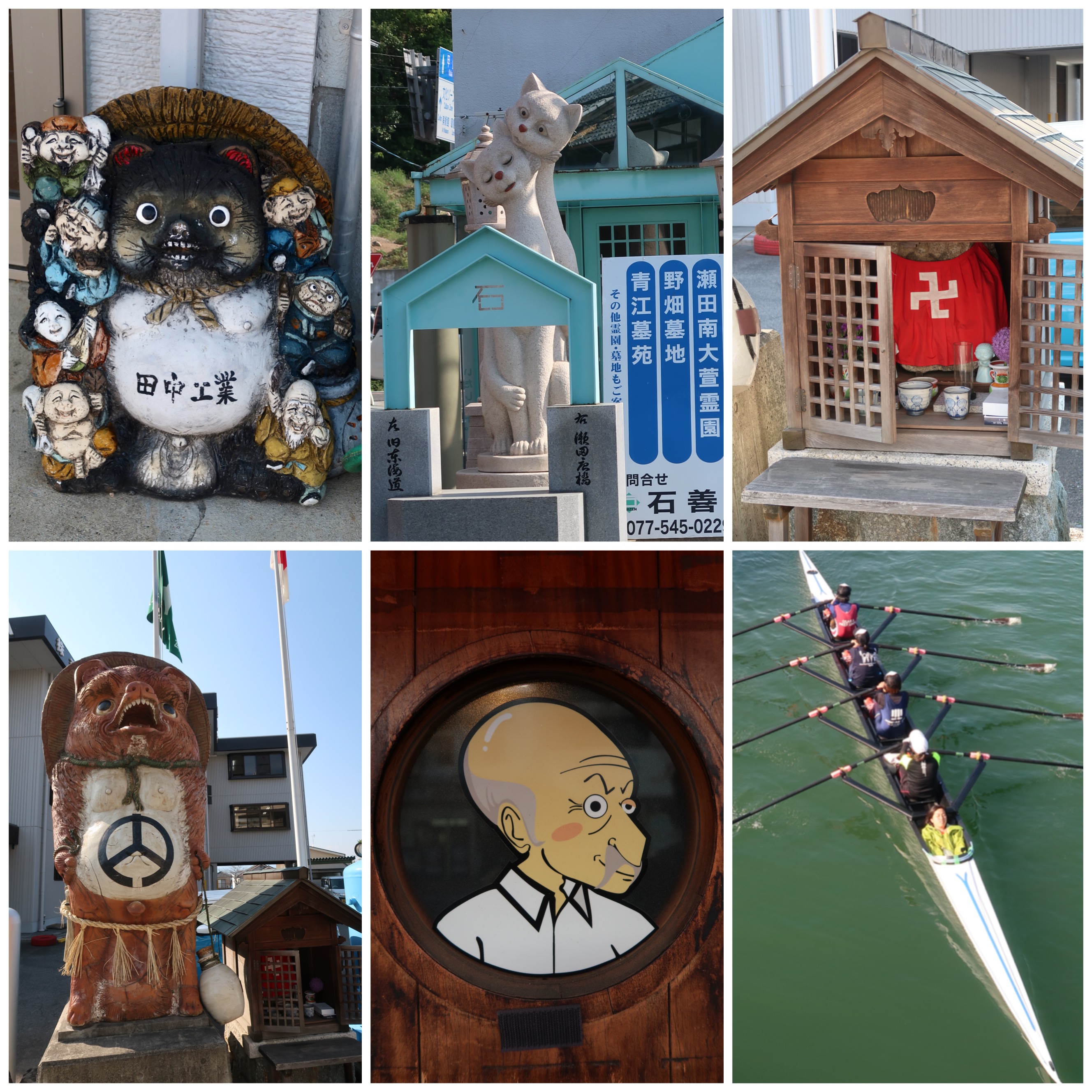 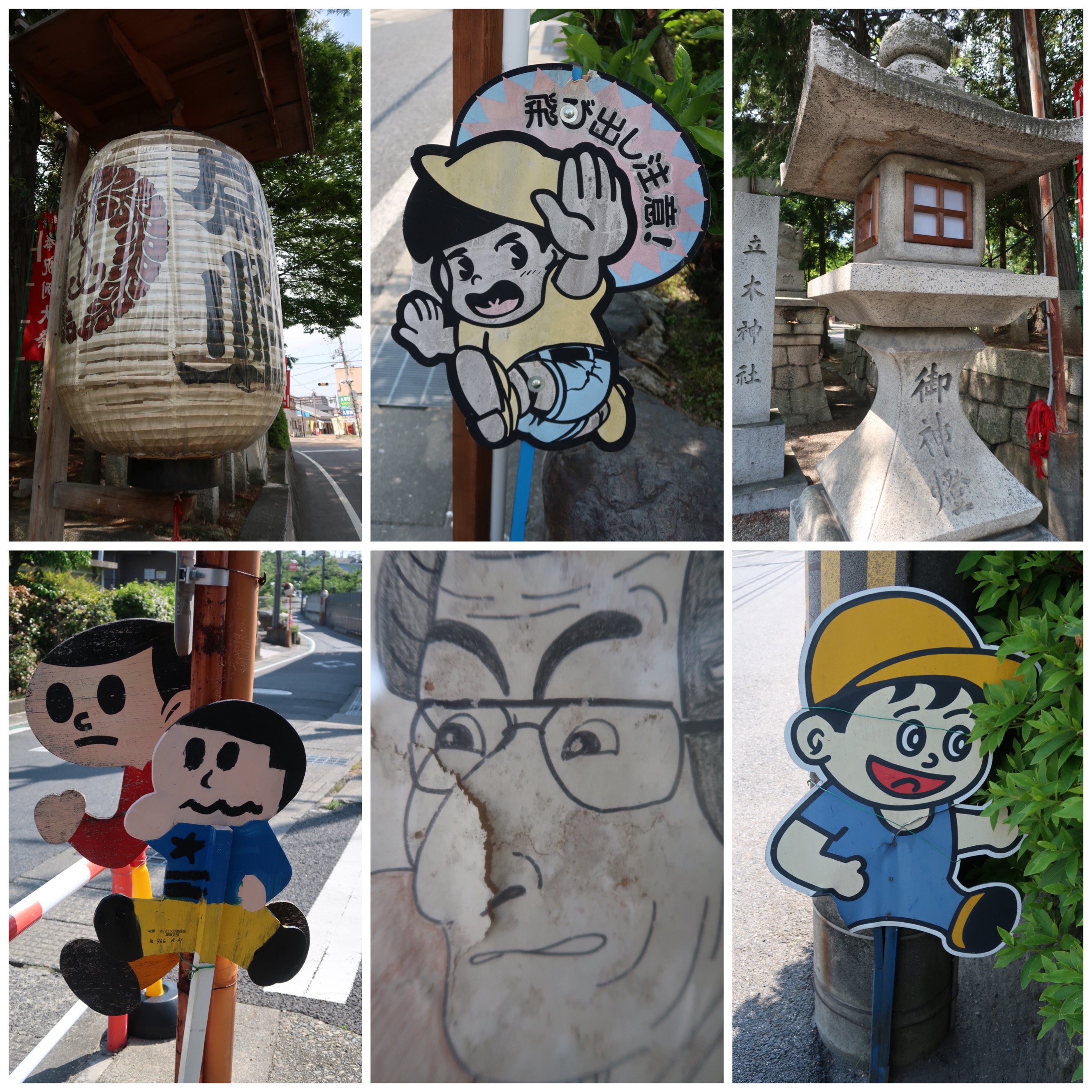 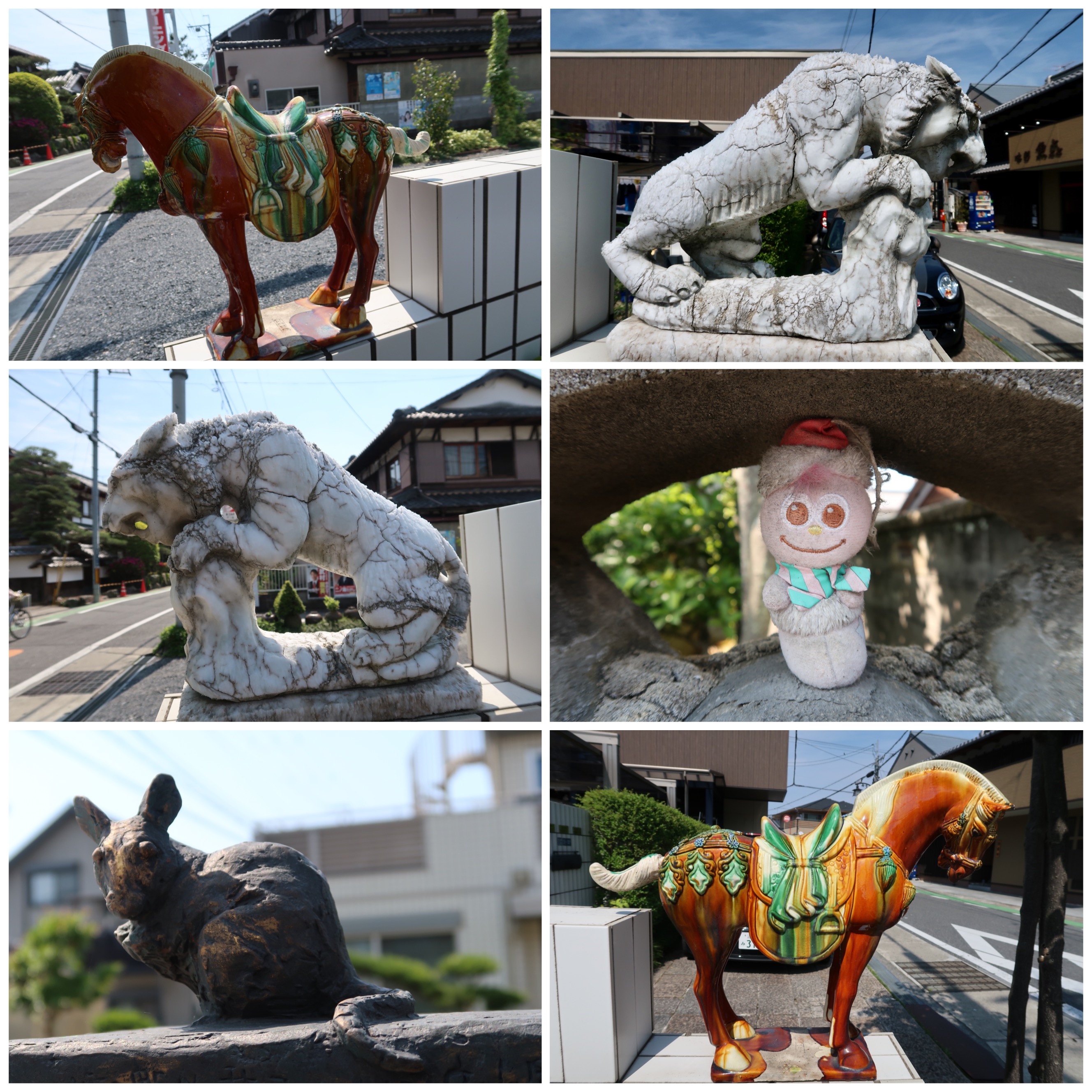 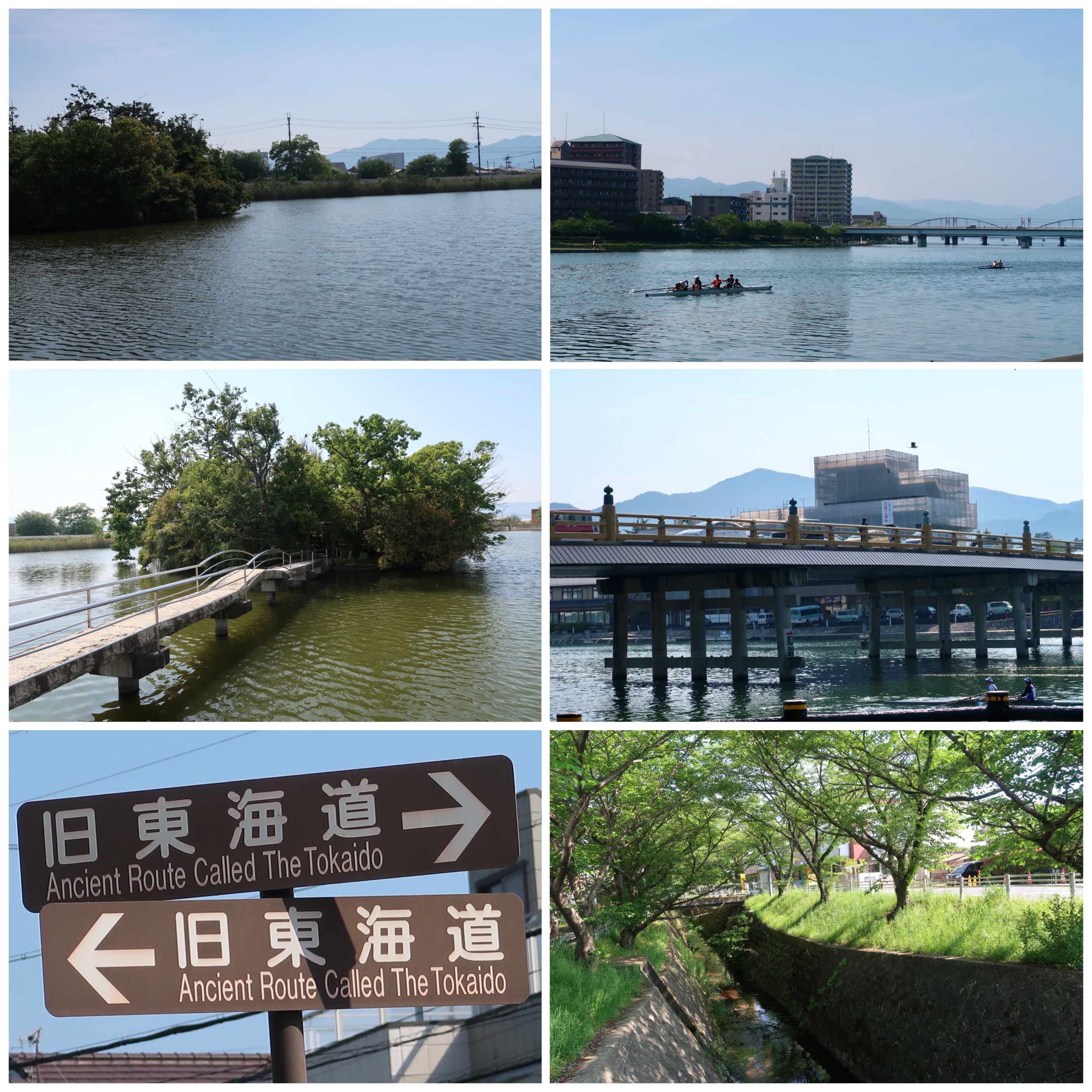 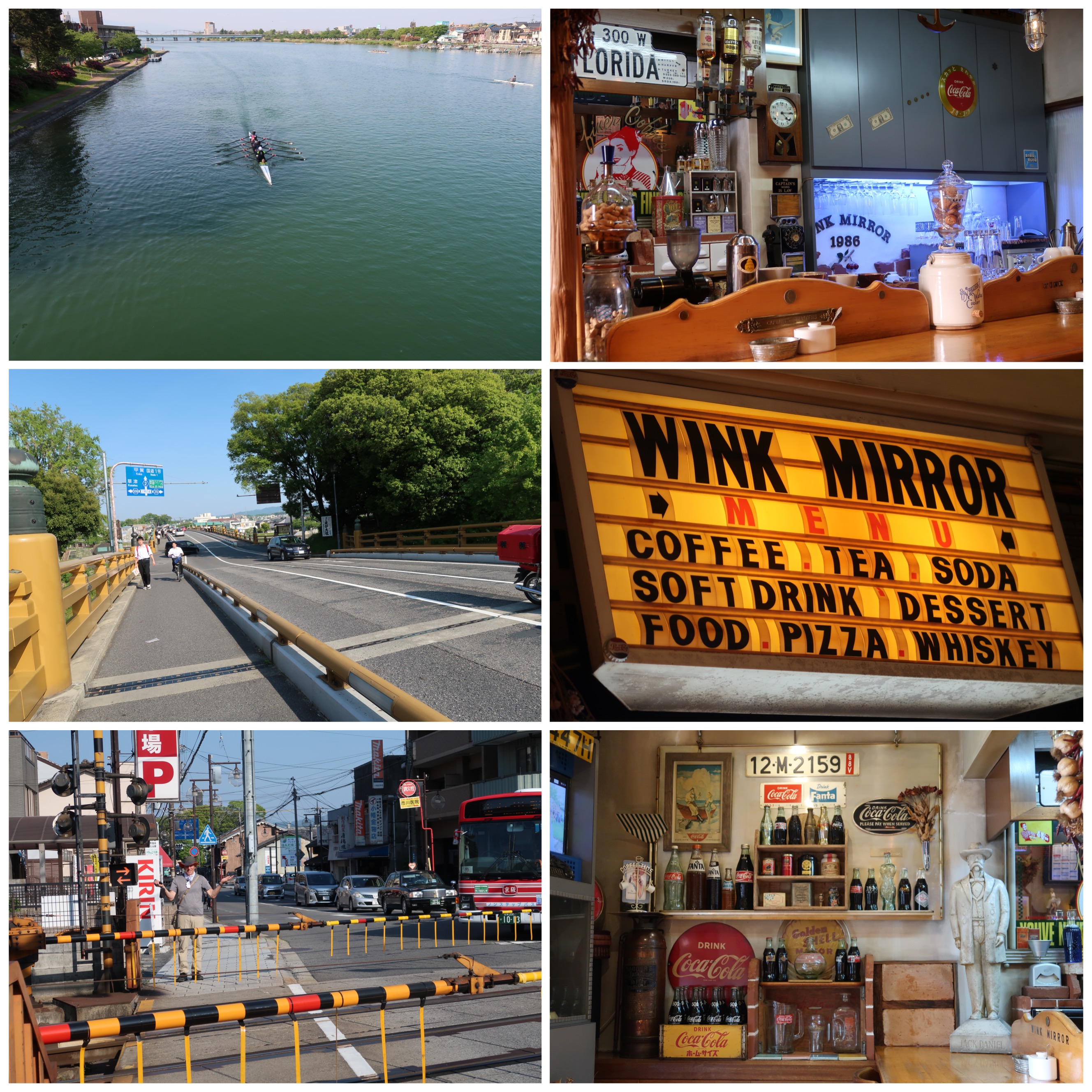 Day 31 – Walking the Nakasendō, Japan – From Moriyama To Kusatsu To Ōtsu

The weather forecast is calling for rain tomorrow, so we decided to walk as long as we can today, in order to make sure we arrive in Kyoto before the rain starts tomorrow in the early afternoon.

It was an ambitious plan, because today was a very hot day and the Nakasendo in this area is an urban asphalt stretch with no shade, which makes walking a bit more tiring.

We took the train from Kusatsu to Moriyama-Juku, and walked towards the Nakasendo.

On the Nakasendo in Moriyama, we were invited into an old shop in a restored building, which had many guestbooks of people who had walked the Nakasendo, hiking poles, many candles and a candle making workshop.

The candles, made in Moriyama, are red or white candles called Wa Rosoku.

Wa Rosoku were highly valued candles among priests of high virtue at famous shrines and temples around Japan, as well as by tea masters, poets and artists.
Nowadays, they are a popular souvenir.

Wa Rosoku Japanese candles are made entirely from vegetable material, and do not contain any animal products.
This distinction is very important for a candle that will be used in a Buddhist temple or on an altar, because Buddhism prohibits the intentional killing of animals.

The history of Wa Rosoku dates back to the Nara period, in the 700’s.
The technique of making candles was originally introduced from China.
Families of artisans were candle makers for many hundreds of years.

It is said that a Wa Rosoku candle is distinguished by the soft way it burns.
The flame flickers naturally and is said to heal people and to create magical and mysterious moments.

I regretted that with our small backpacks, we were not able to buy and carry back these fragile candles as souvenirs.

We met at the old shop a lovely Japanese couple, who told us that they were also walking the Nakasendo.
We asked how long they’ve been walking, and they told us that they have been walking it for five years.
At first, I thought I misunderstood their answer, but it turned out that like other people we’ve met along the journey, they walk small parts of the Nakasendo whenever they have the time and the weather is agreeable.

I think that it is lovely to have long term goals like this.
Outside of Japan, I have never met anyone who walks long pilgrimages over a period of years.
Most people do not understand the tremendous benefits of walking for many hours and many days on a sacred route.

From Moriyama, we walked to Kusatsu.
Kusatsu is a big modern city, but along the Nakasendo there are still some nicely restored houses in between the busy shopping arcades and the maze of congested streets.

We stopped for some ice cream at a small bakery run by a family.
It is always heartwarming to me to see that places like this exist in Japan, even in the high rent districts of the big cities.

Before leaving Kusatsu and walking to Ōtsu, we stopped again for an iced coffee in a small cafe located in a restored old building, run by two young women.
It was nice to take a break from the heat, and the women were astonished when they heard that we were not just tourists, but pilgrims walking the Nakasendo.

I do not like this diet of coffee and ice cream that we have been having on the road, and I talked with Jules about doing a one week detox, perhaps when we reach Kyoto and settle into the apartment hotel that we have rented.

We will be there for two weeks and we will have a kitchen and the ability to buy fruit and fresh juice.
We will be able to eat just fruit and vegetables for one week.

Jules did not look so happy about doing a detox in Kyoto.
He would rather wait until we are home and do it in Colorado, but he said he would be willing to do it, if we decide that it is the right thing to do.

Our goal today was to walk from Moriyama to Ōtsu, a distance of about 24 kilometers.
Ōtsu is station #69, the final station of the Nakasendo.
From Ōtsu there was no need for any more station towns, as Kyoto was just across the mountains, an easy distance of 14 kilometers.

Tomorrow we will walk from Otsu-juku, to the Sanjo Bridge in Kyoto, and celebrate the ending of our pilgrimage.

The Nakasendo between Moriyama and Ōtsu joins the Old Tōkaidō Road, and the few signs that we had seen before now only mark the Tōkaidō.
But there were only a few signs anyway, and the road was not very scenic.
We walked by parks, residential neighborhoods, small streets, a few shrines and Buddhist temples that are all family run, schools and factories

We had lunch at an American-themed diner on the outskirts of Ōtsu, run by a very pleasant and talkative man who told us that he had had his little restaurant for 32 years.
He cooks the food, serves the drinks and takes the orders, but because he had no customers it wasn’t a hard job.
Most of the time he seemed to be watching TV.

I ordered a rice pilaf with fresh mushrooms, but he made me a fresh mushroom pasta instead, and a pizza toast for Jules.
I didn’t object.
Pilgrims must take things easy.
Both dishes were delicious, and prepared with real care.

He was chatting in high speed Japanese, which was hard to understand, but we smiled and accepted his compliments, as he expressed his admiration of our great grasp of the Japanese language.
Our Japanese is definitely not great, and we only understood about half of what he said.
But we liked his enthusiasm and his sweetness.
He told us that we are doing a great journey on foot and that he cannot imagine himself as able to walk the whole Nakasendo.

We left and continued walking.
We been walking a bit longer than the twenty kilometers per day we prefer to walk, because of the rain forecast for tomorrow.

Today’s walk turned out to be a bit less challenging, because we were generally walking on smaller roads with less heavy traffic.
The Nakasendo, which is now the Tōkaidō Road, really zigzagged between Shrines and Temples, crossed many small train stations and a few nicely restored Edo Period buildings.

We arrived in Ōtsu too late to see the town.
We decided to come early tomorrow, to walk the town with fresh eyes, rested legs and more possibility that places would be open.

We took the train back to our hotel in Kusatsu, and went straight to the shower, to wash off the heat of the day.

After our late lunch, we had no appetite for dinner, despite walking for 24 kilometers. I find that I need a great shower, or better yet, a soak in a hot springs if it is available, more than food to revive my energies,

I took a very long shower and soaked in the bathtub in our room.
I even fell asleep a little in the bathtub.
I must have been a bit exhausted from the heat.

Jules went downstairs and bought some nuts and we ate them before falling asleep.
In order to ease some throbbing in my legs, I laid in bed in the “Child Pose” yoga position and to my surprise, fell asleep in that position with my head resting on my knees.
I woke up an hour later, feeling like I must have become more flexible, to be able to be so comfortable in that pose.

Before falling asleep, my mind kept repeating pieces of the Buddha’s Heart Sutra, but with my own personalized version.:
“There is no body, no form, no pain, no legs, no feet, no pain in the feet……Form is emptiness, emptiness is Form….. there is no hunger, no tiredness, no pilgrimage, no enlightenment to attain……”

With love and gratitude,
Tali and Jules

A bit about the stations we visited today:

Moriyama station, #67
Moriyama means “Defender or Protector of The Mountain.”
Moriyama is placed at the eastern gate of Enryaku-ji Temple, a world heritage Buddhist temple located on Mount Hiei.

Enryaku-ji Temple and the nearby peak of Mount Hiei, are located on the eastern side of ancient Kyoto.
Essentially, the area of Moriyama was established as an area to “Protect the sacred mountain.”

It originally flourished as the first place of lodging along the Nakasendō when walking it from Kyoto, but it continued to flourish even after other post towns were added.

Kusatsu, #68, is where the Tōkaidō and Nakasendō Roads converge.
There is no more signage for the Nakensendo after this point, only for the more well-known Tōkaidō, and Kusatsu was a station town for both roads.

Coming from Moriyama-juku, the borders of Kusatsu-juku start at the banks of the Kusatsu River.

In 1843, this post station had 2,351 residents and 586 buildings.
Among the buildings, there were two Honjin and two sub-Honjin accommodations for high officials.
Kusatsu also had 72 inns.
Of the two honjin, one was constructed in 1635 and stood until 1870.
That honjin was later repaired and reopened as a museum in 1996.