Day 6 – Walking The Nakasendō, Japan – Can Japan Be Aging Badly?… 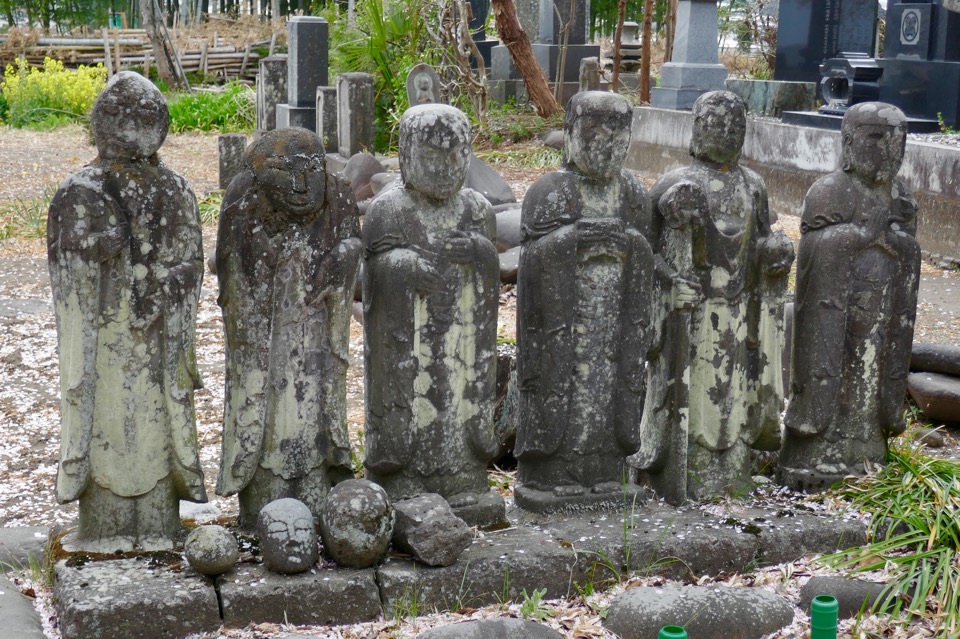 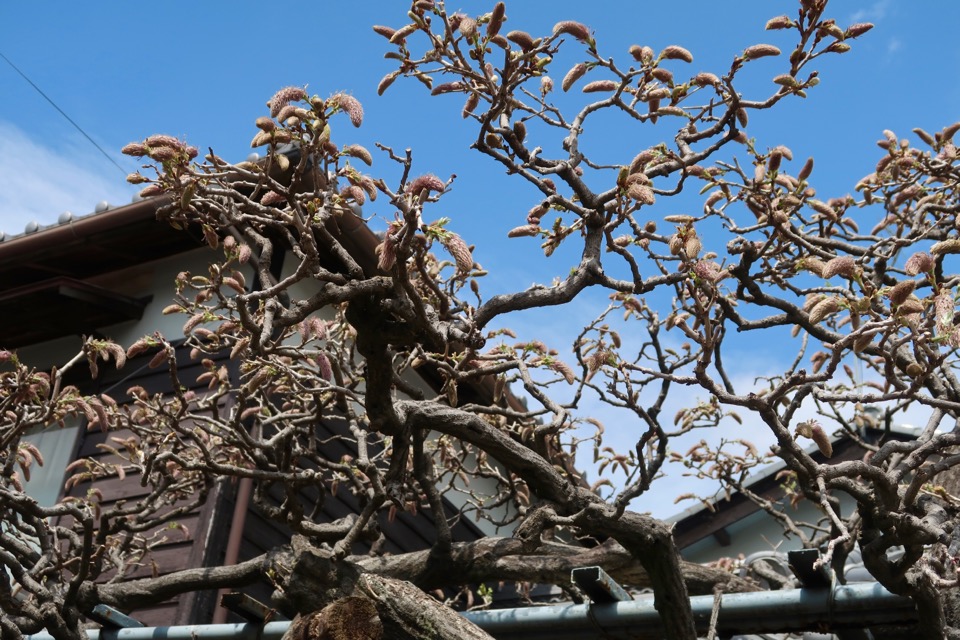 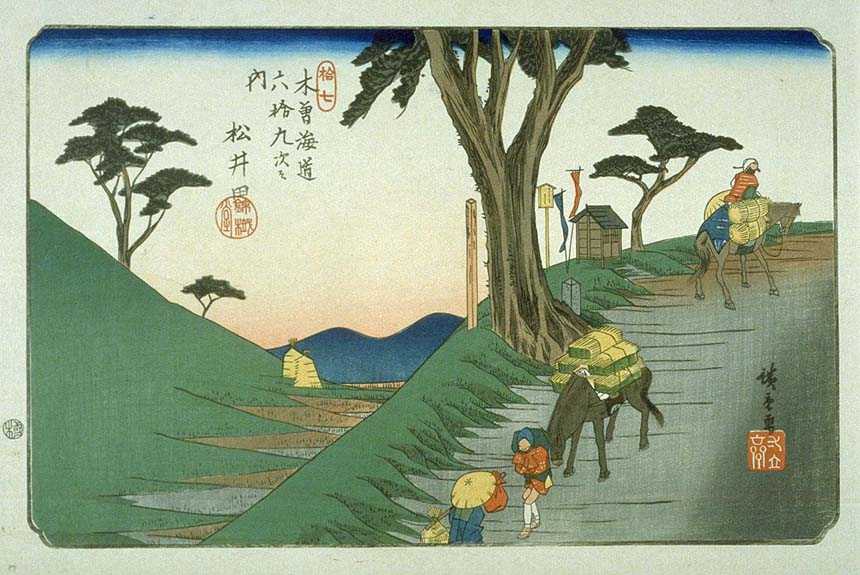 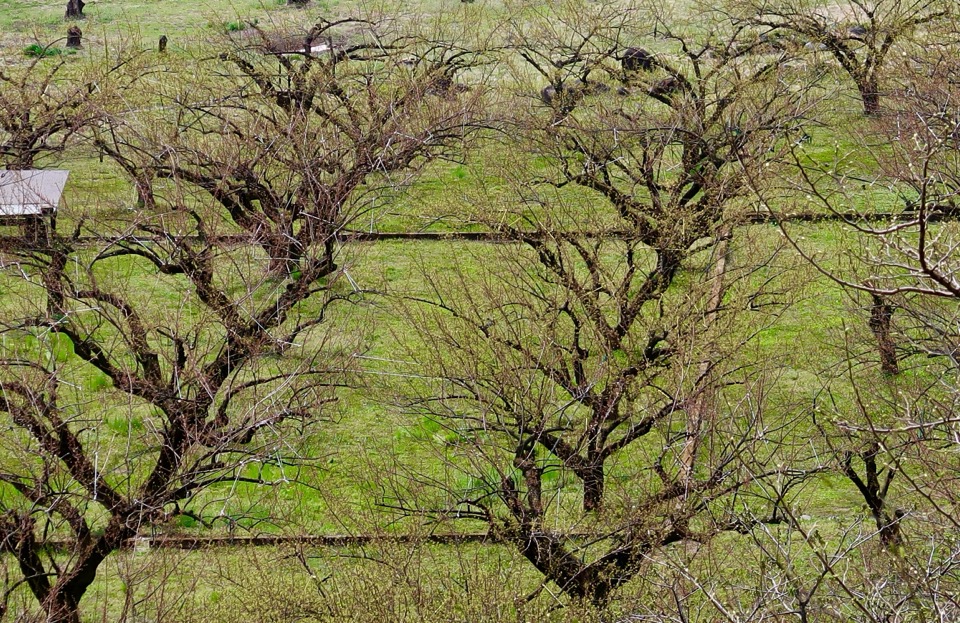 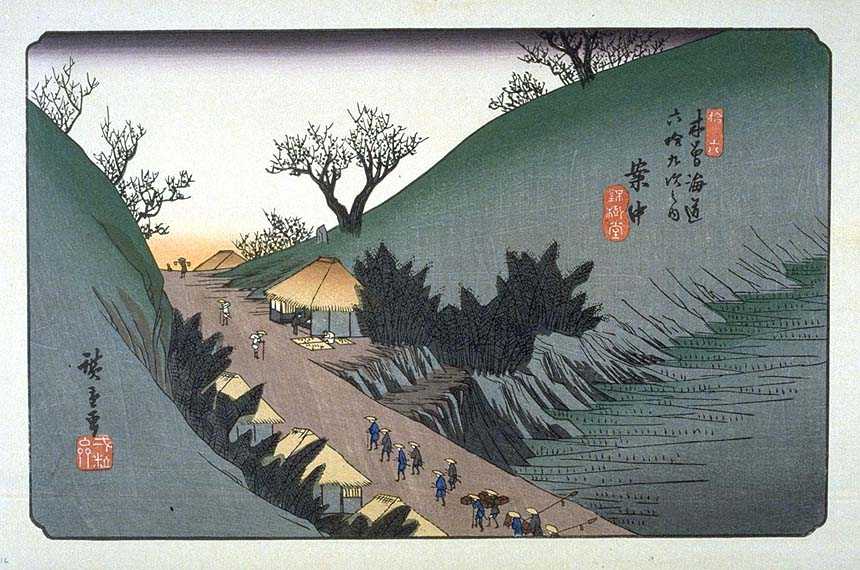 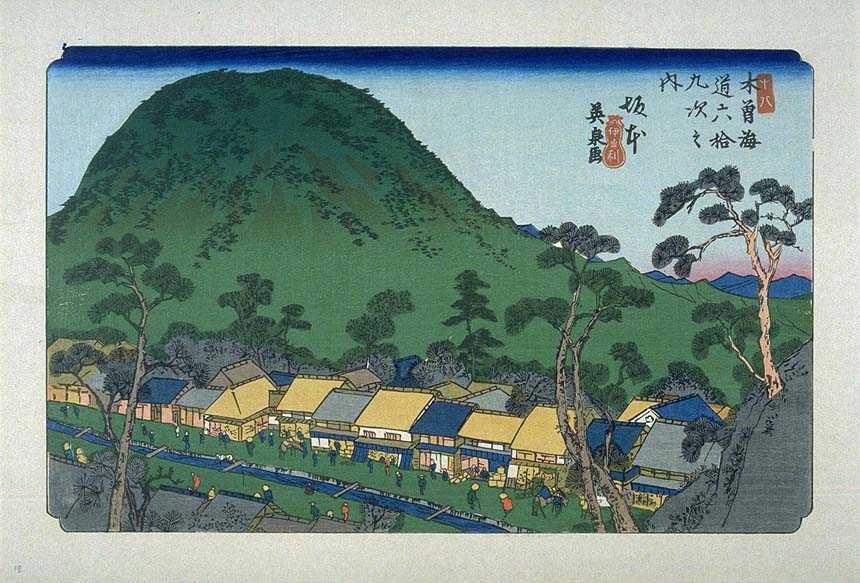 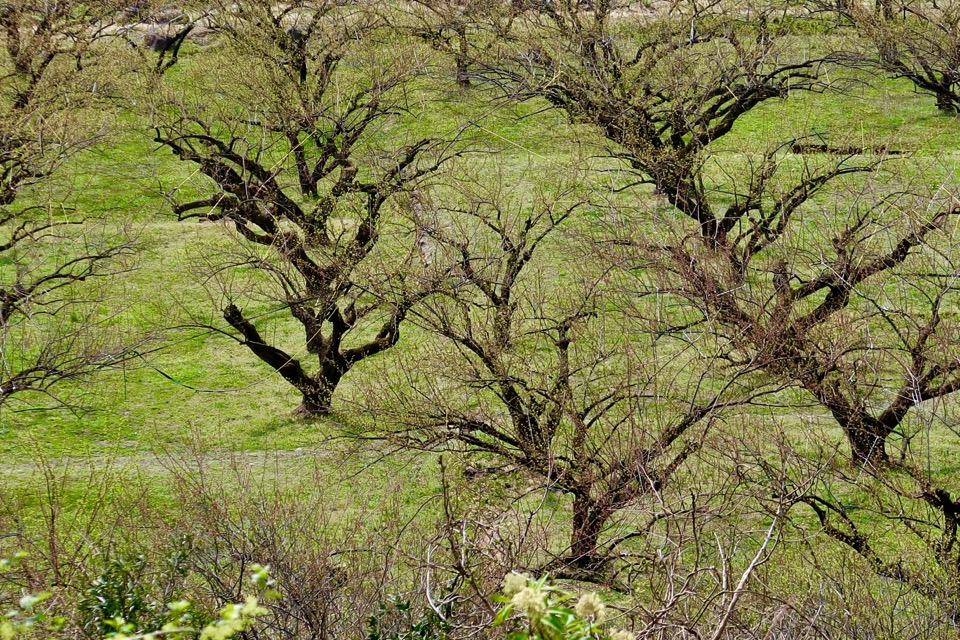 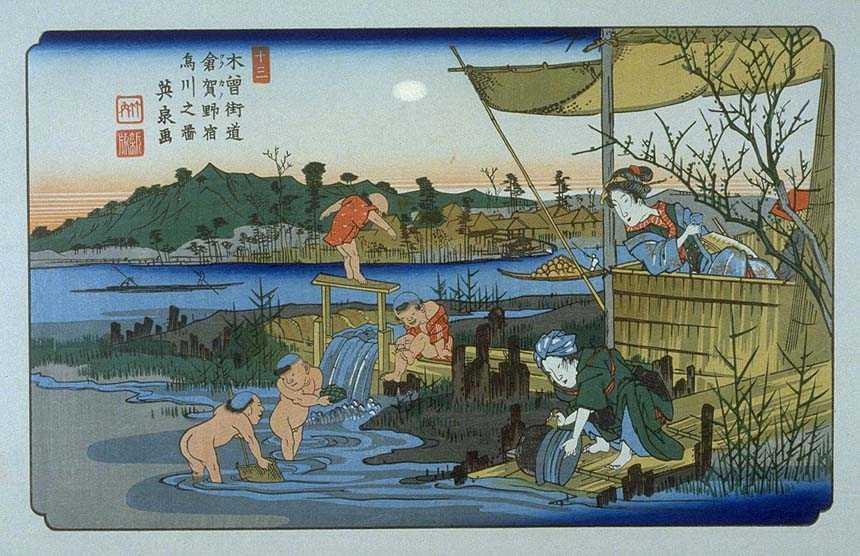 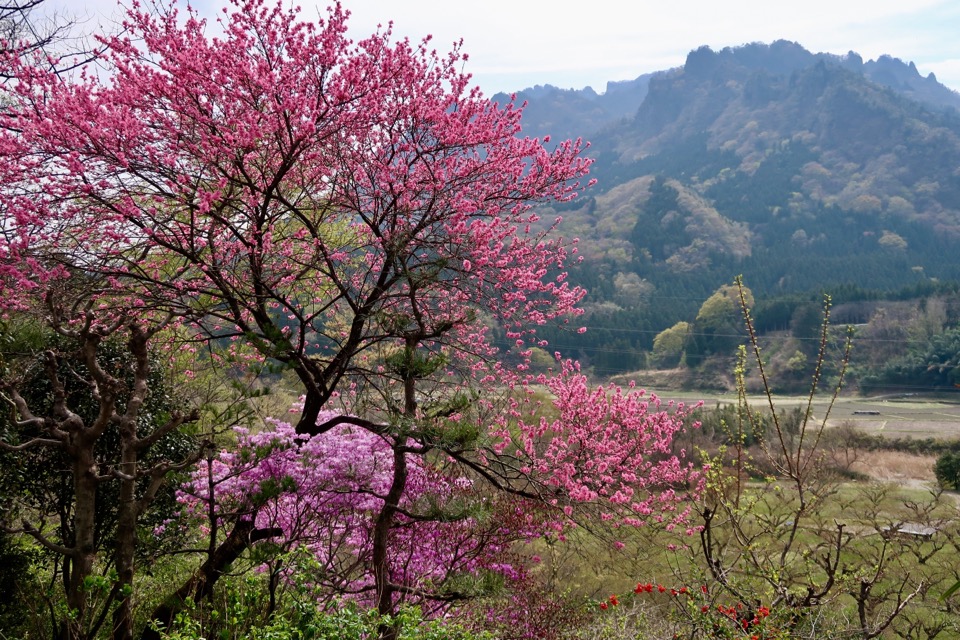 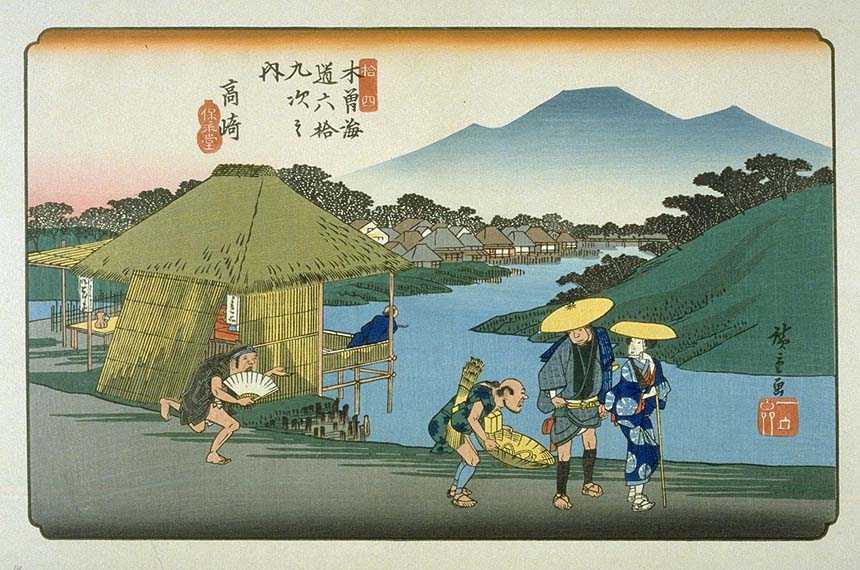 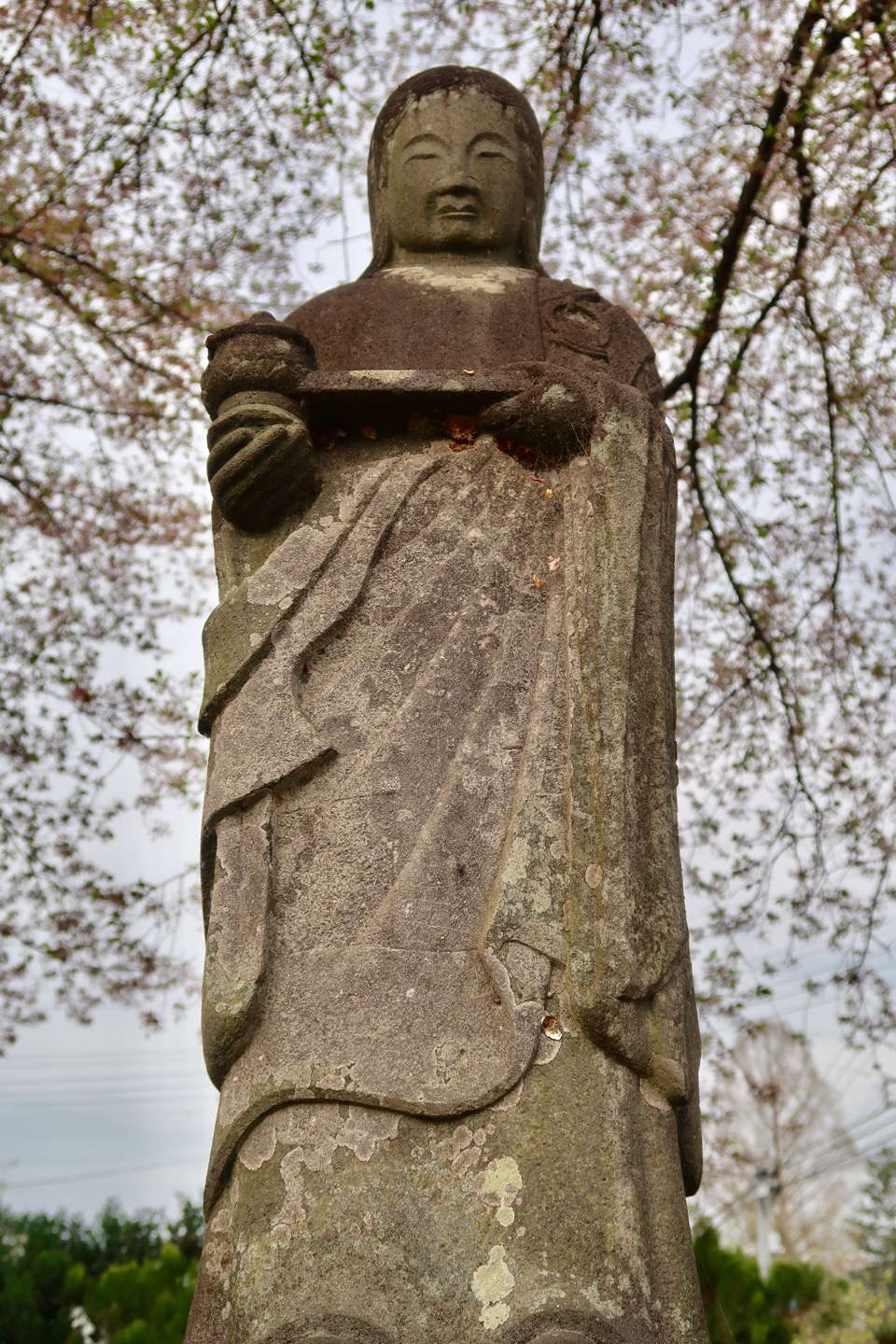 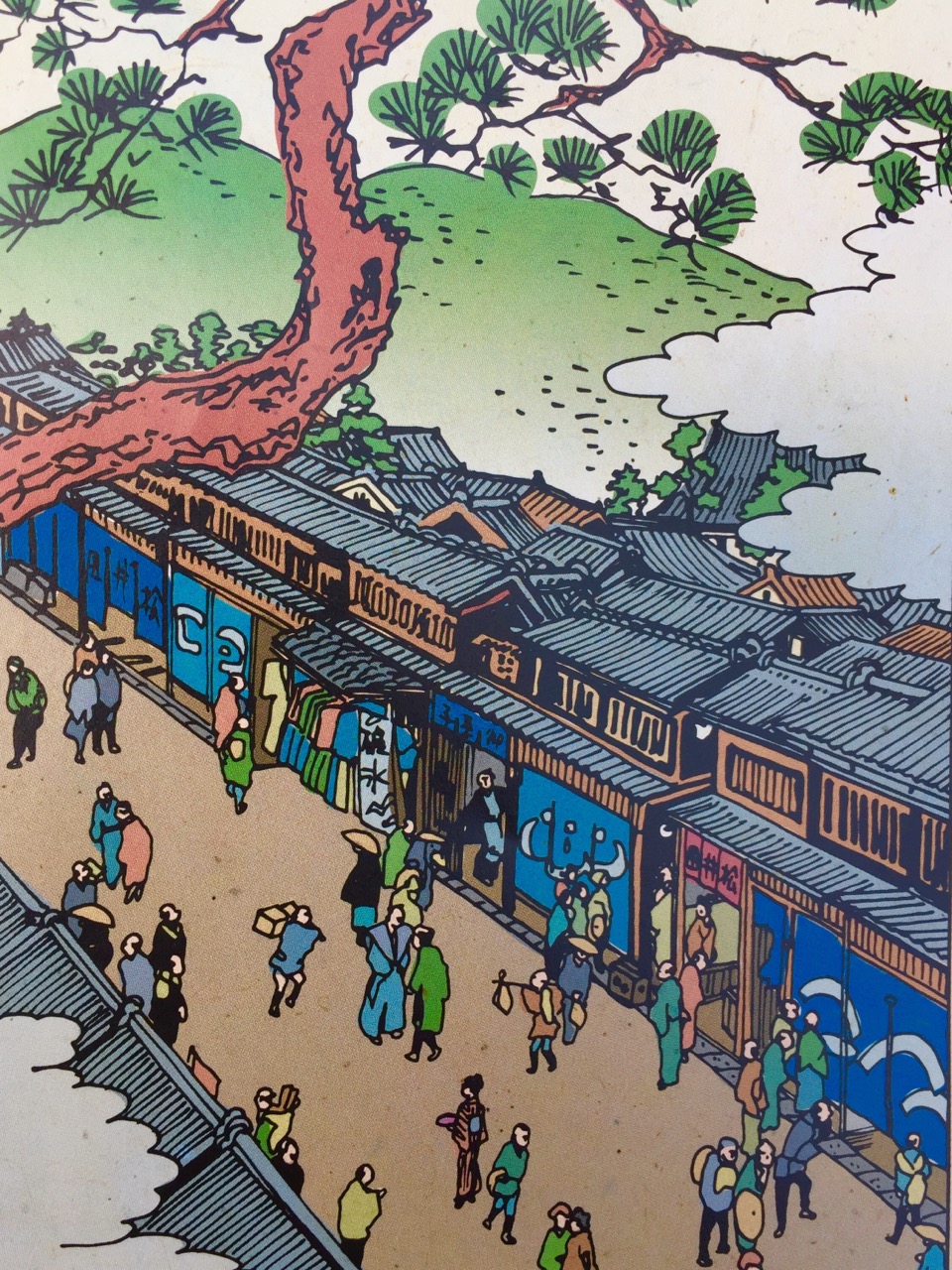 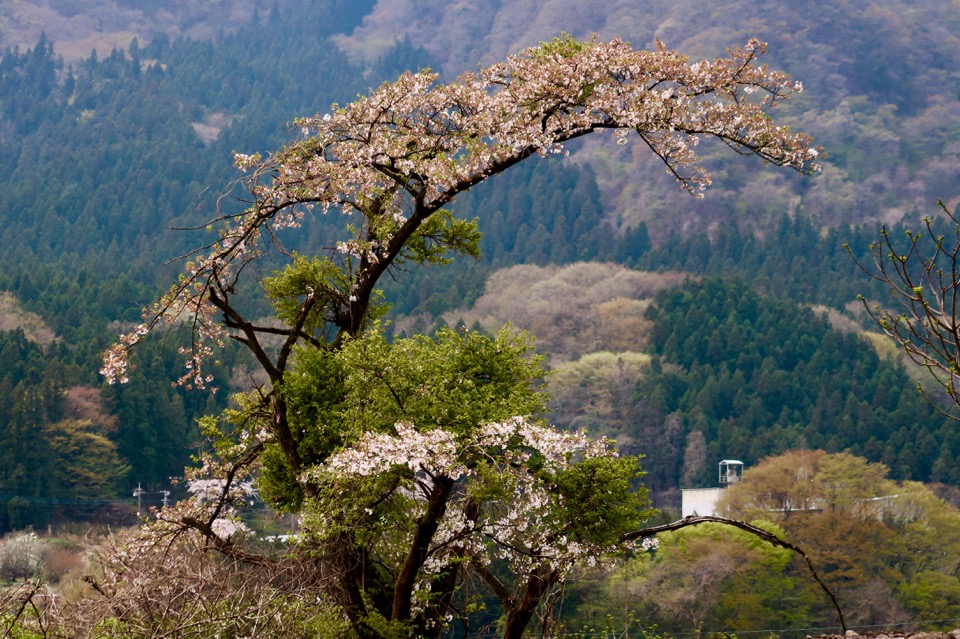 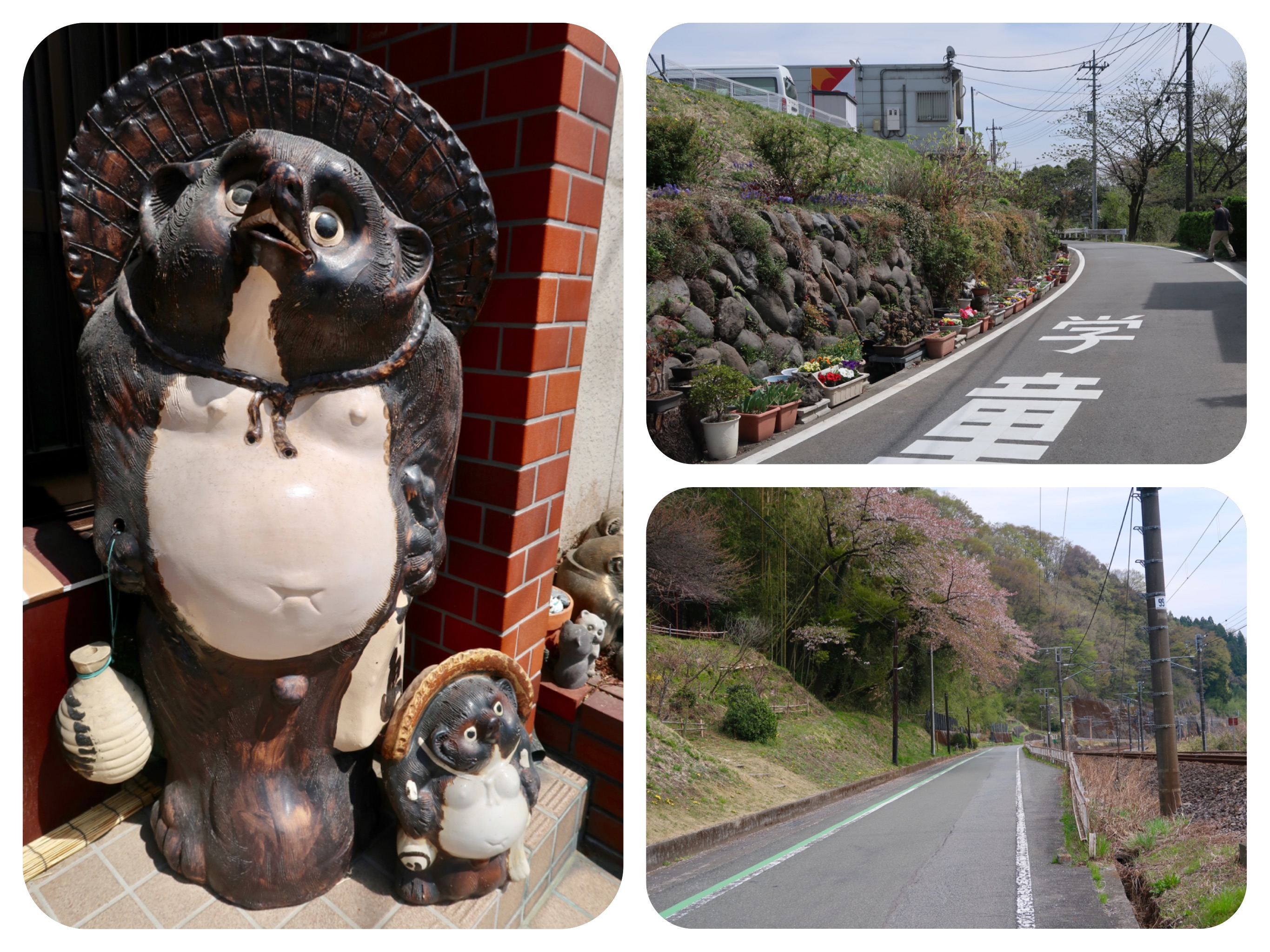 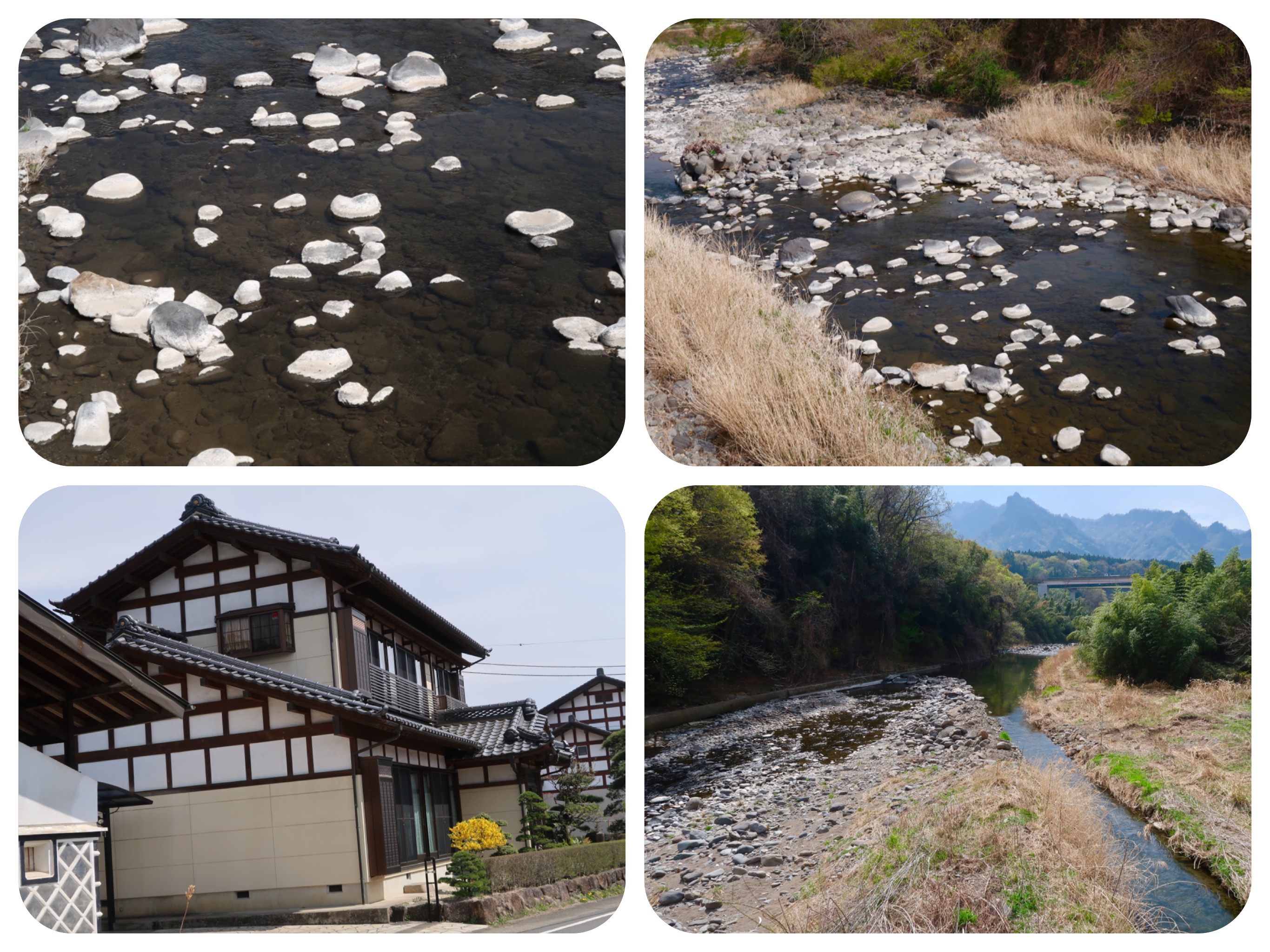 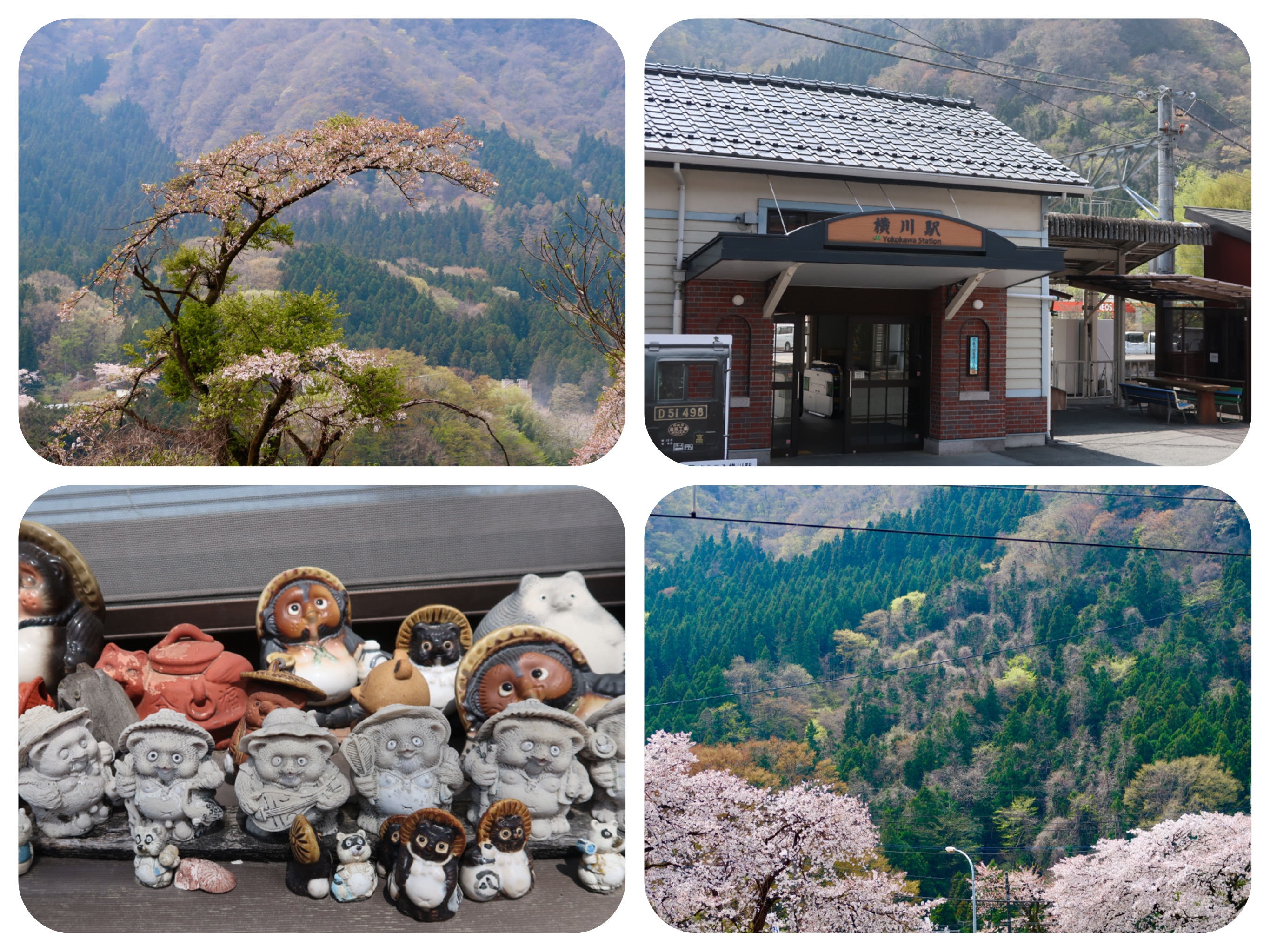 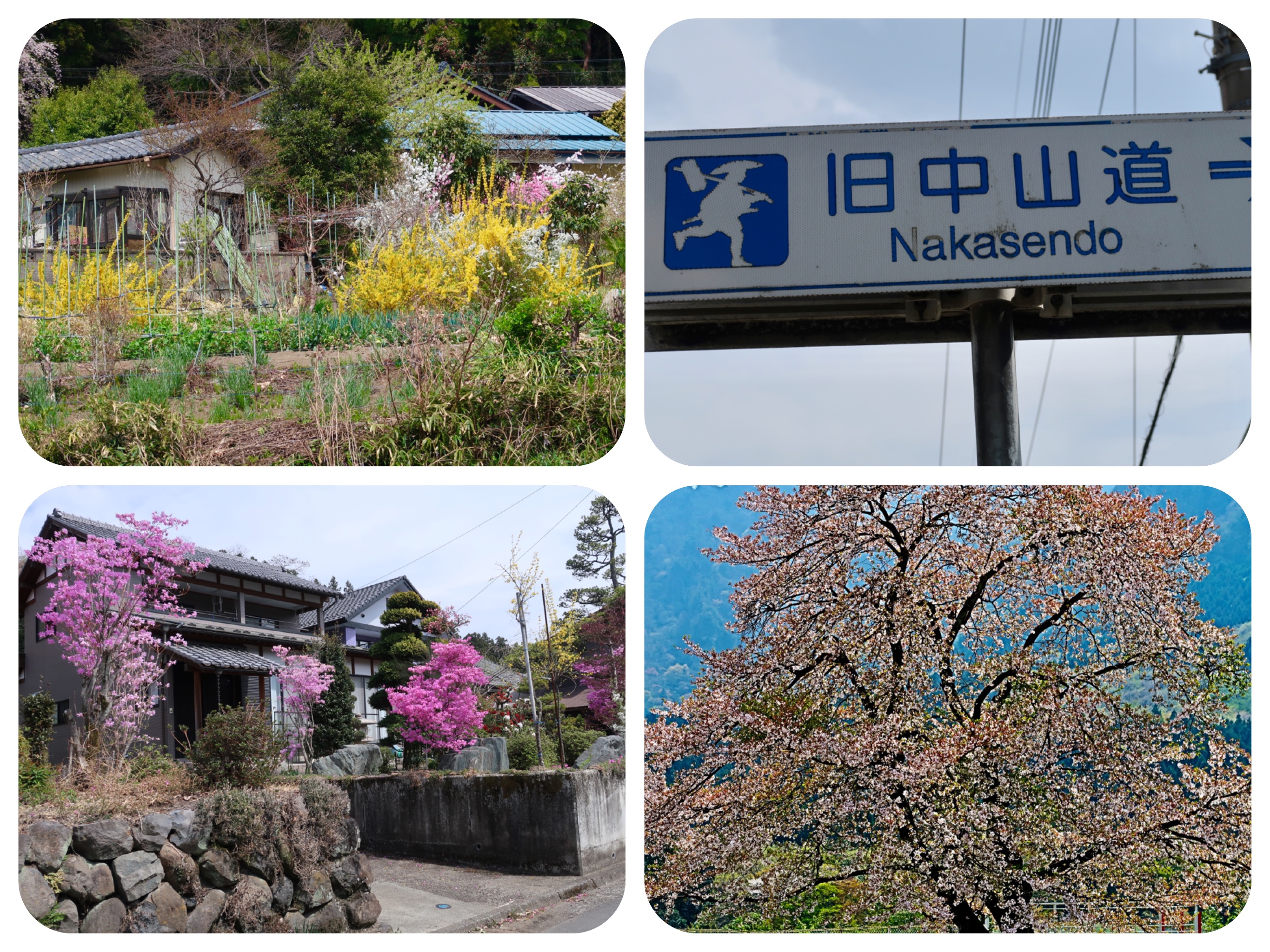 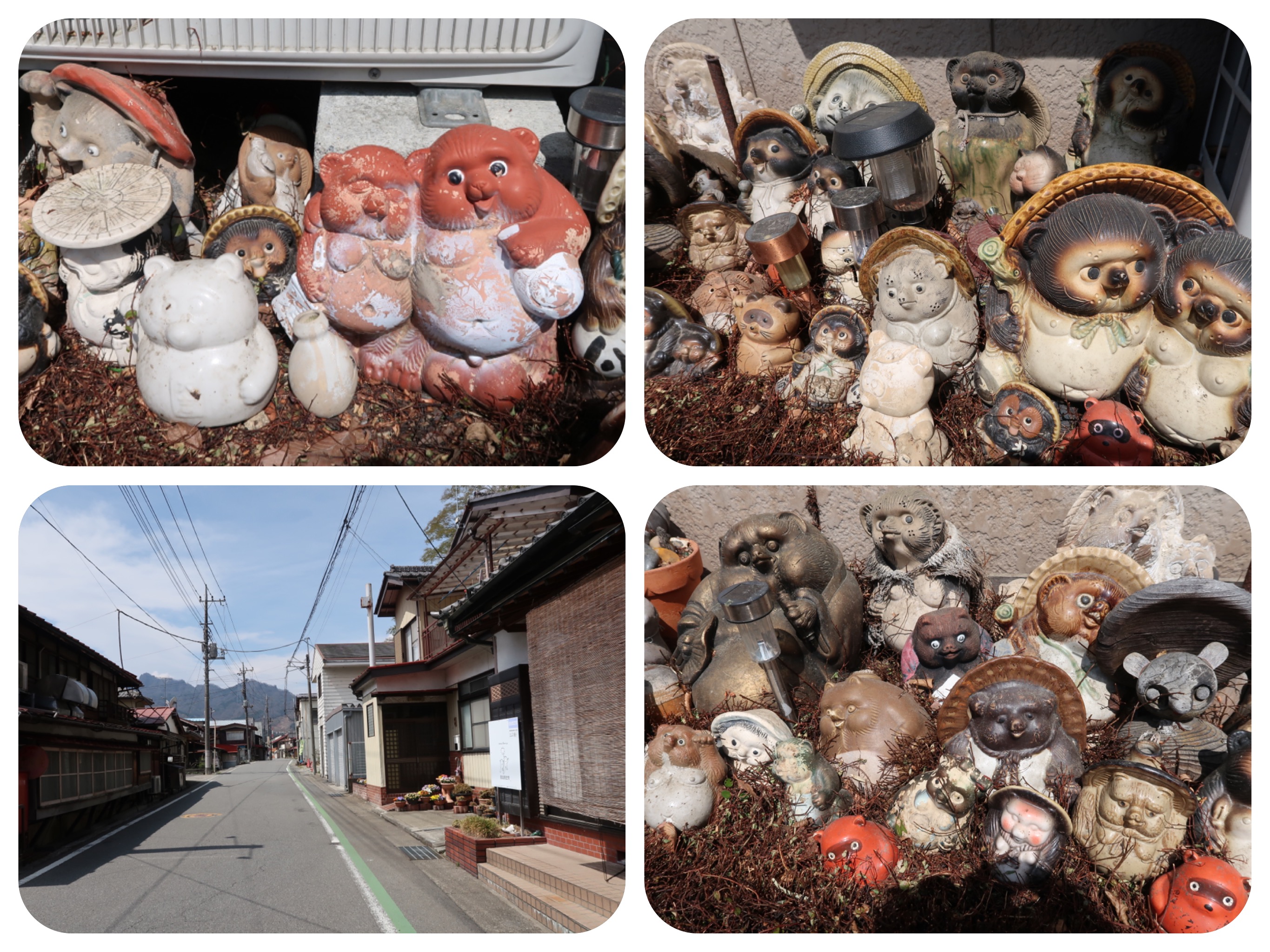 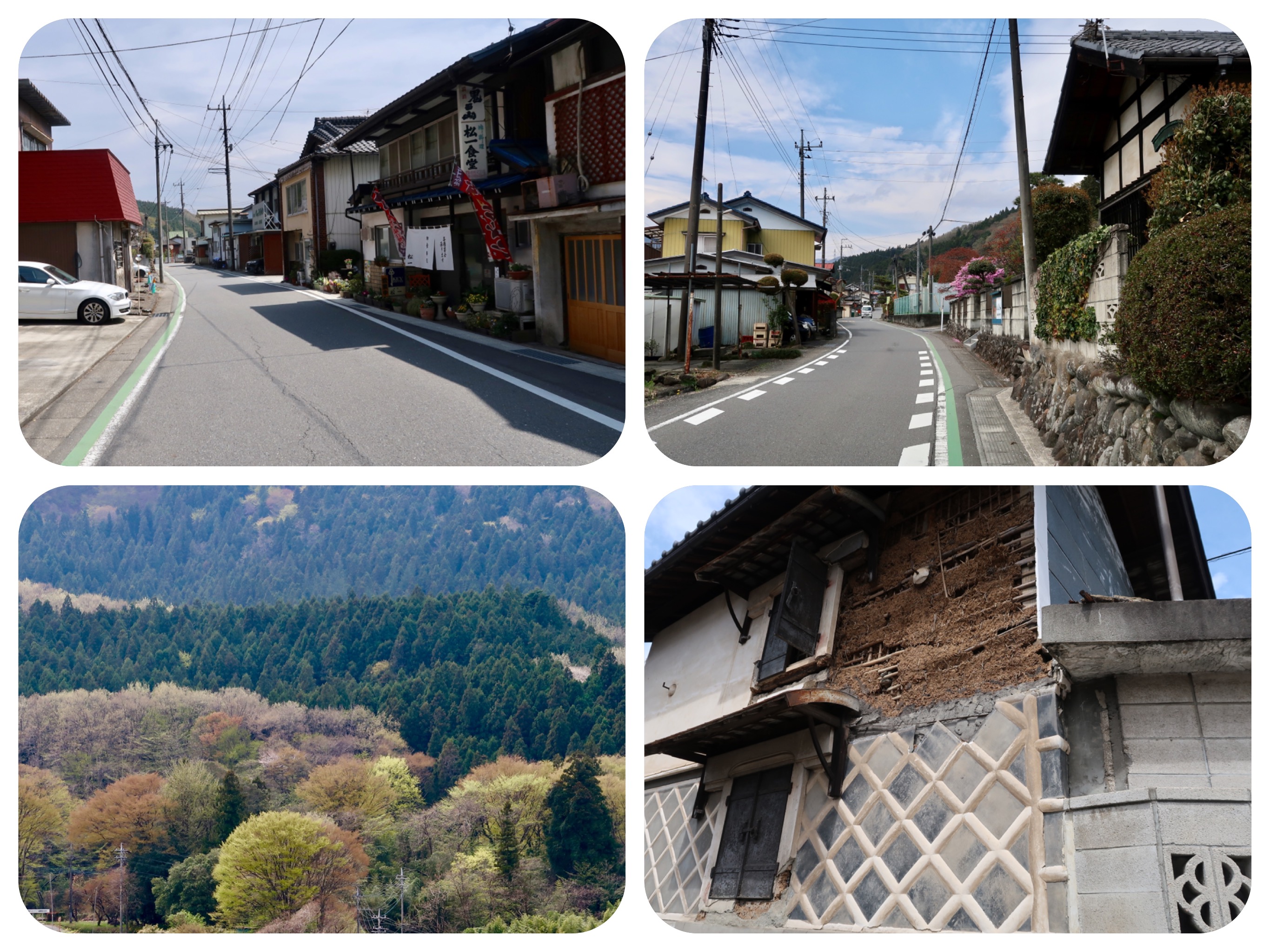 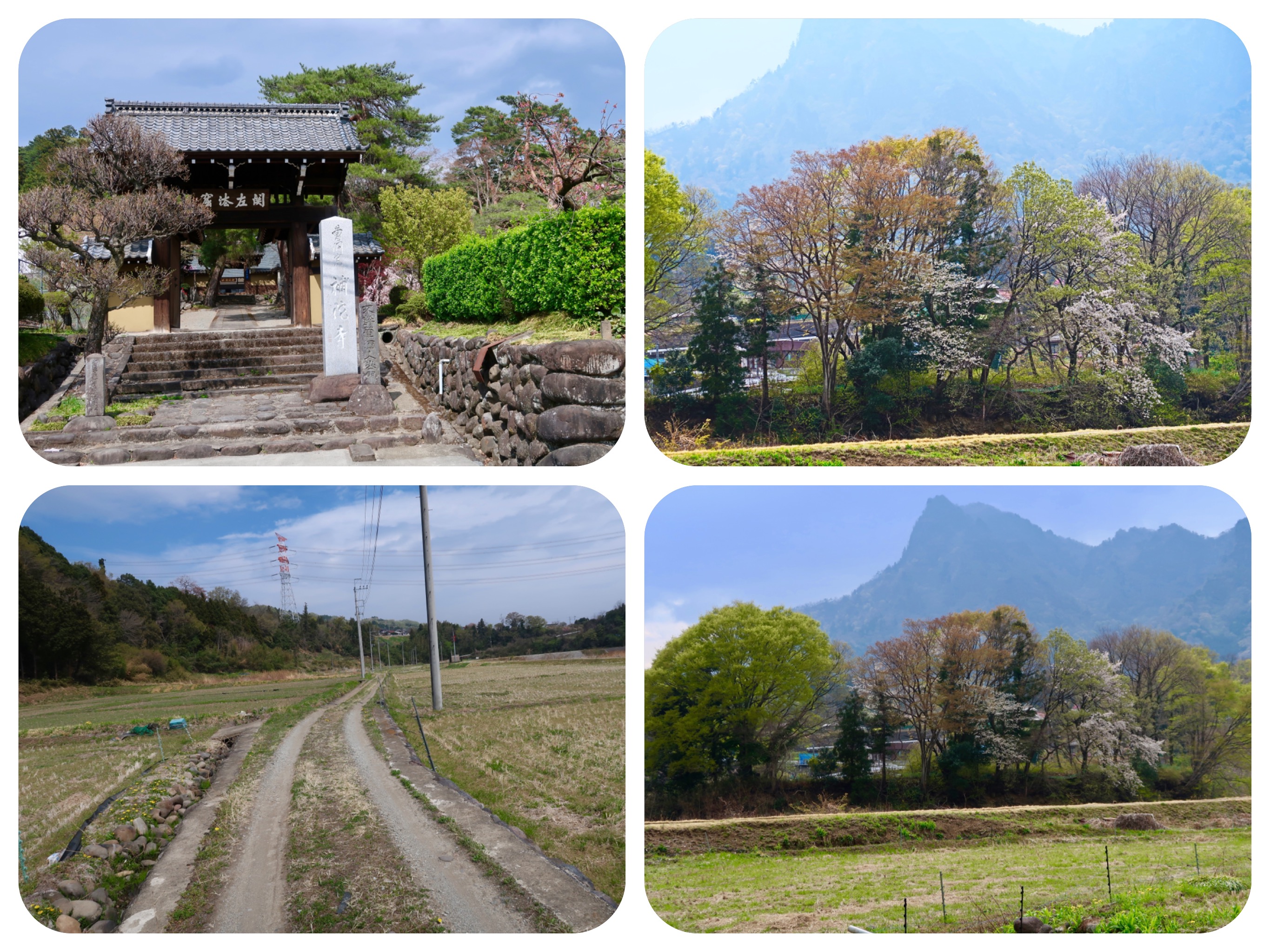 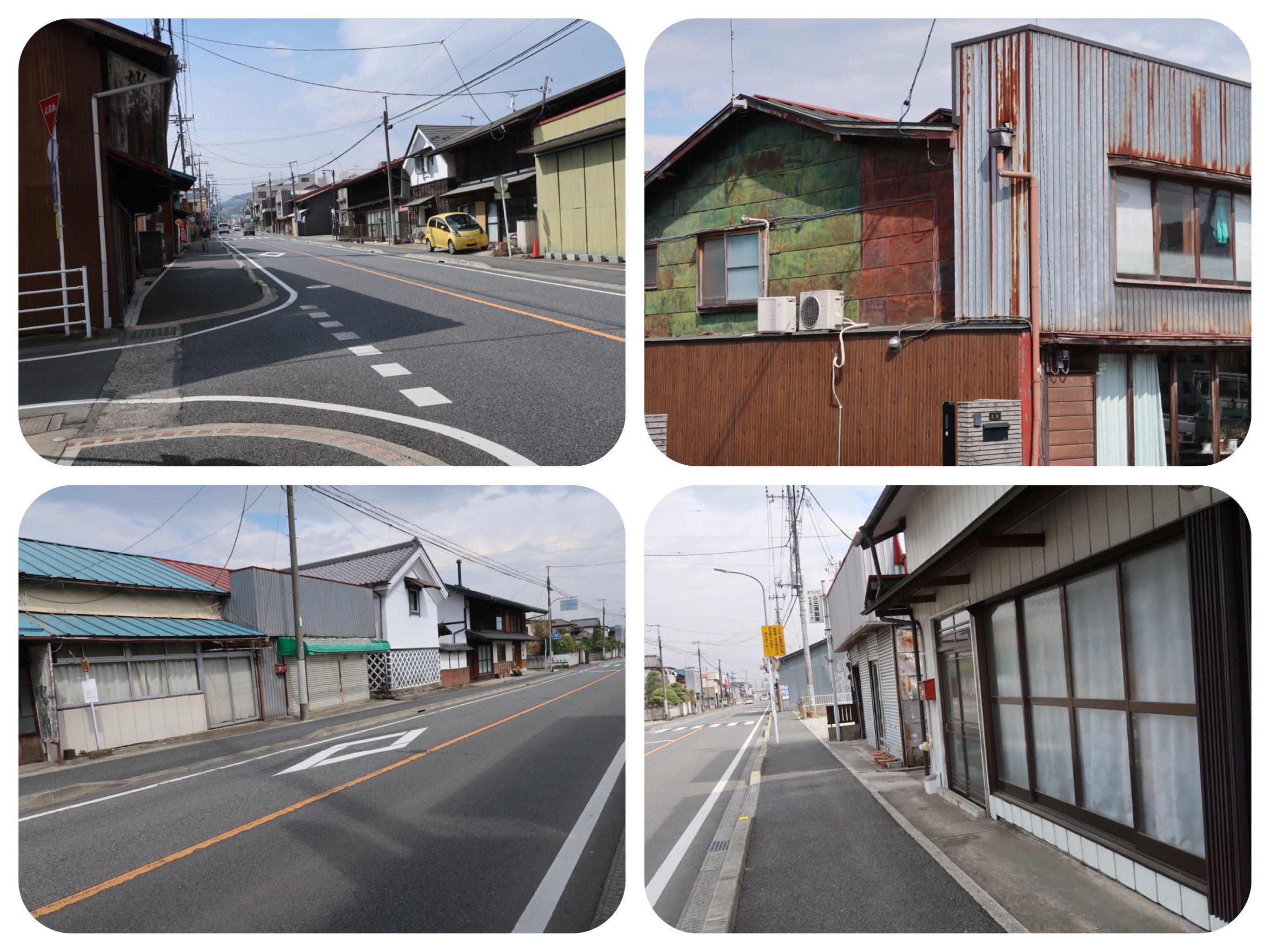 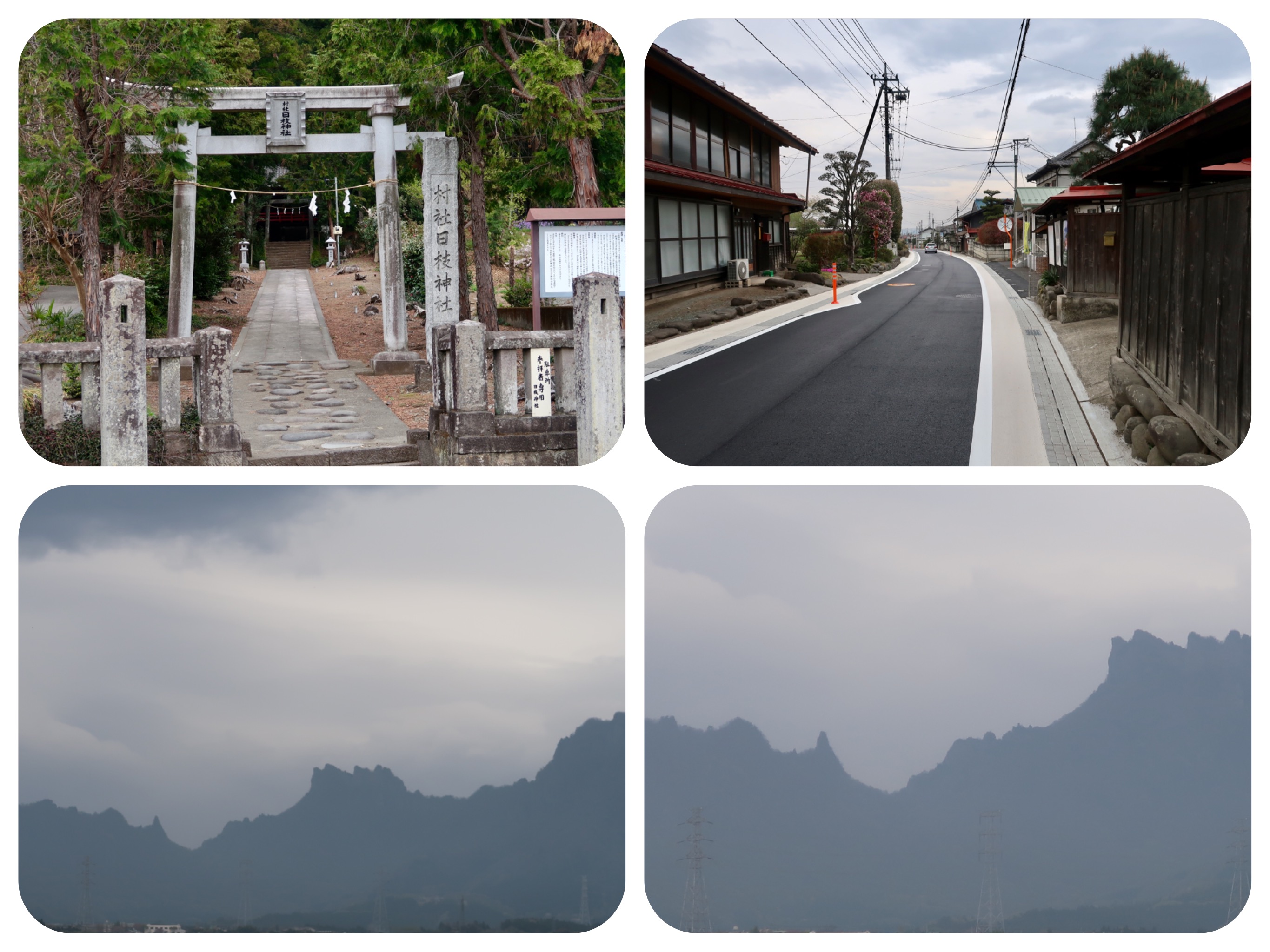 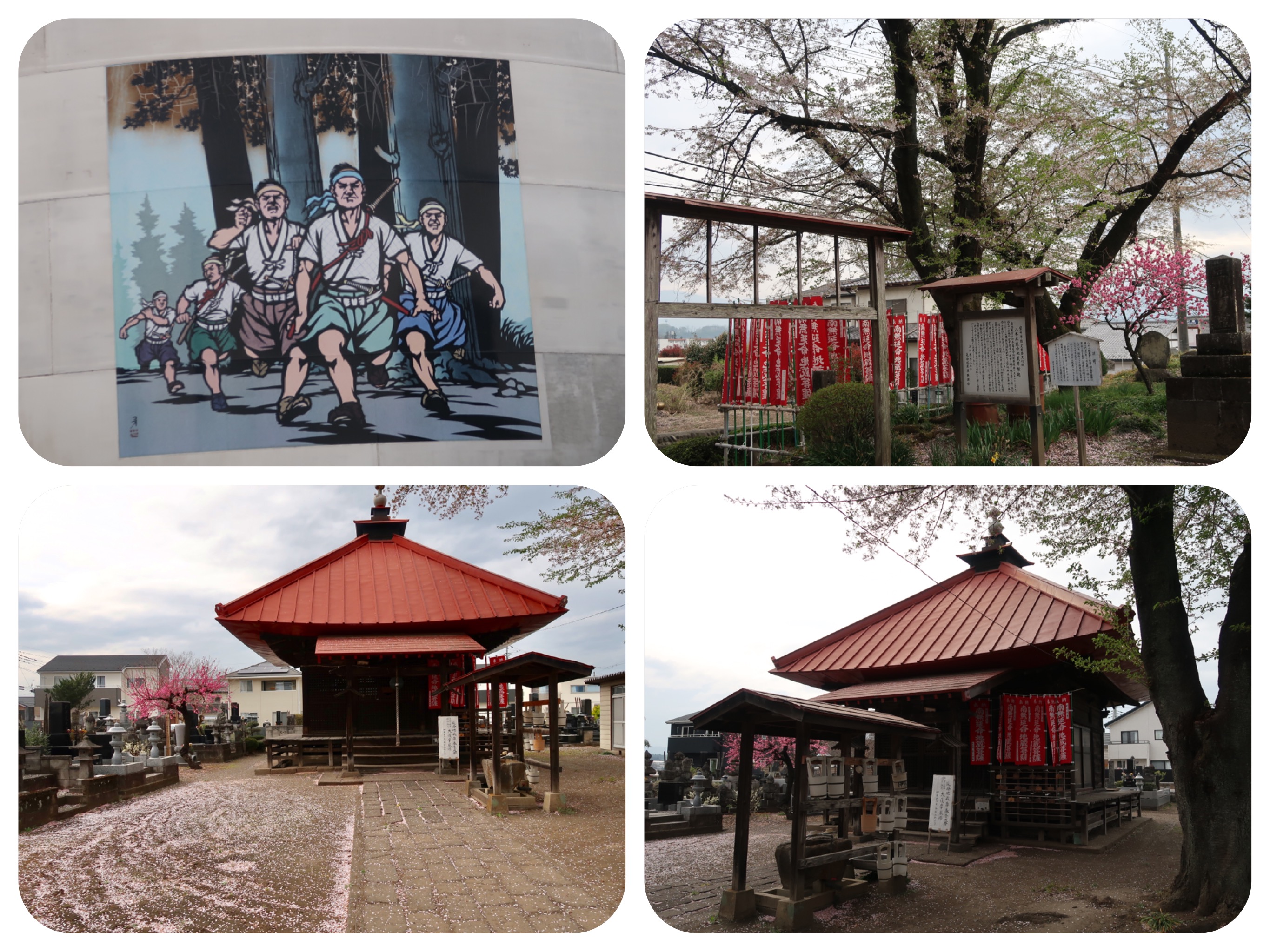 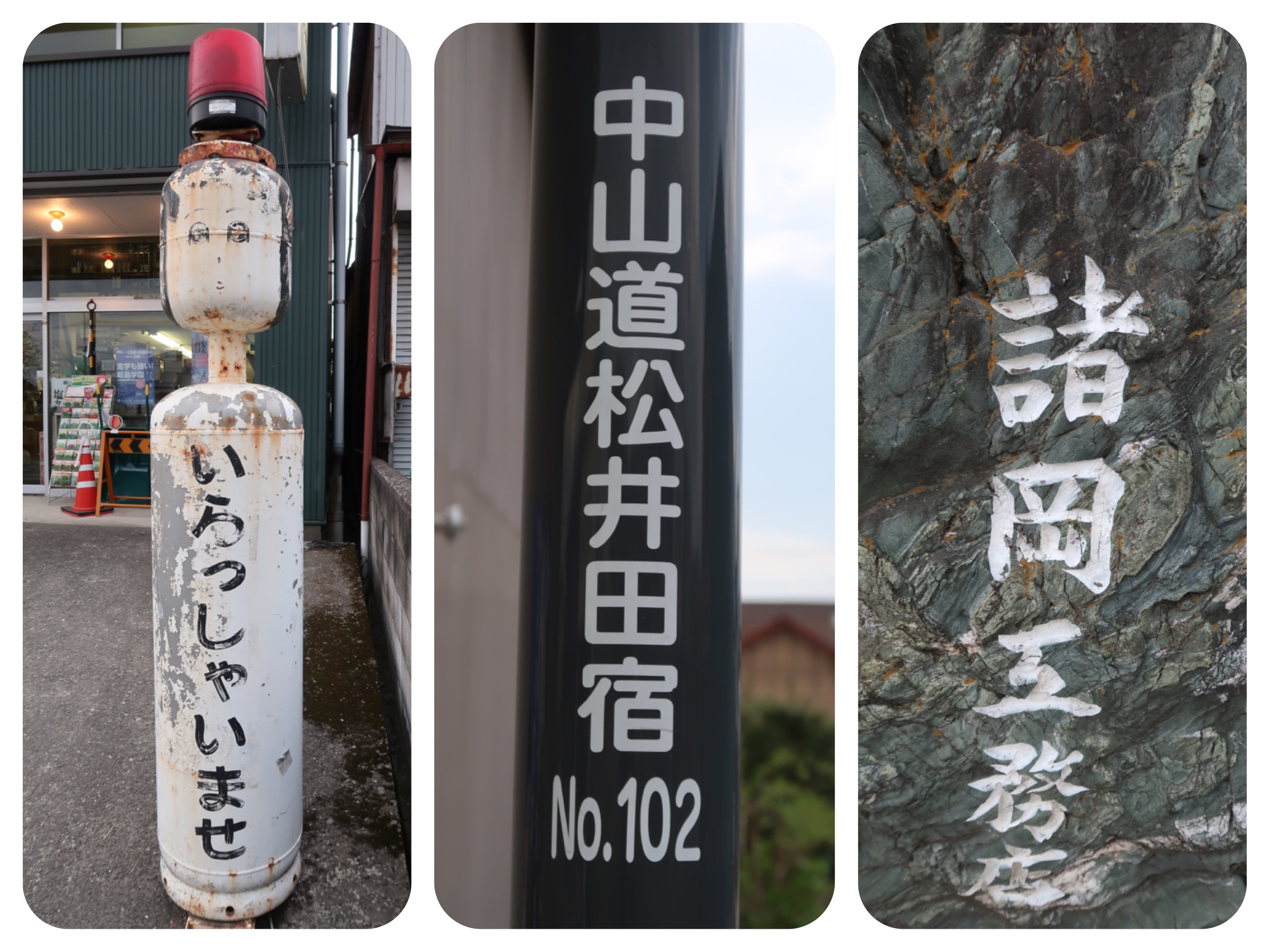 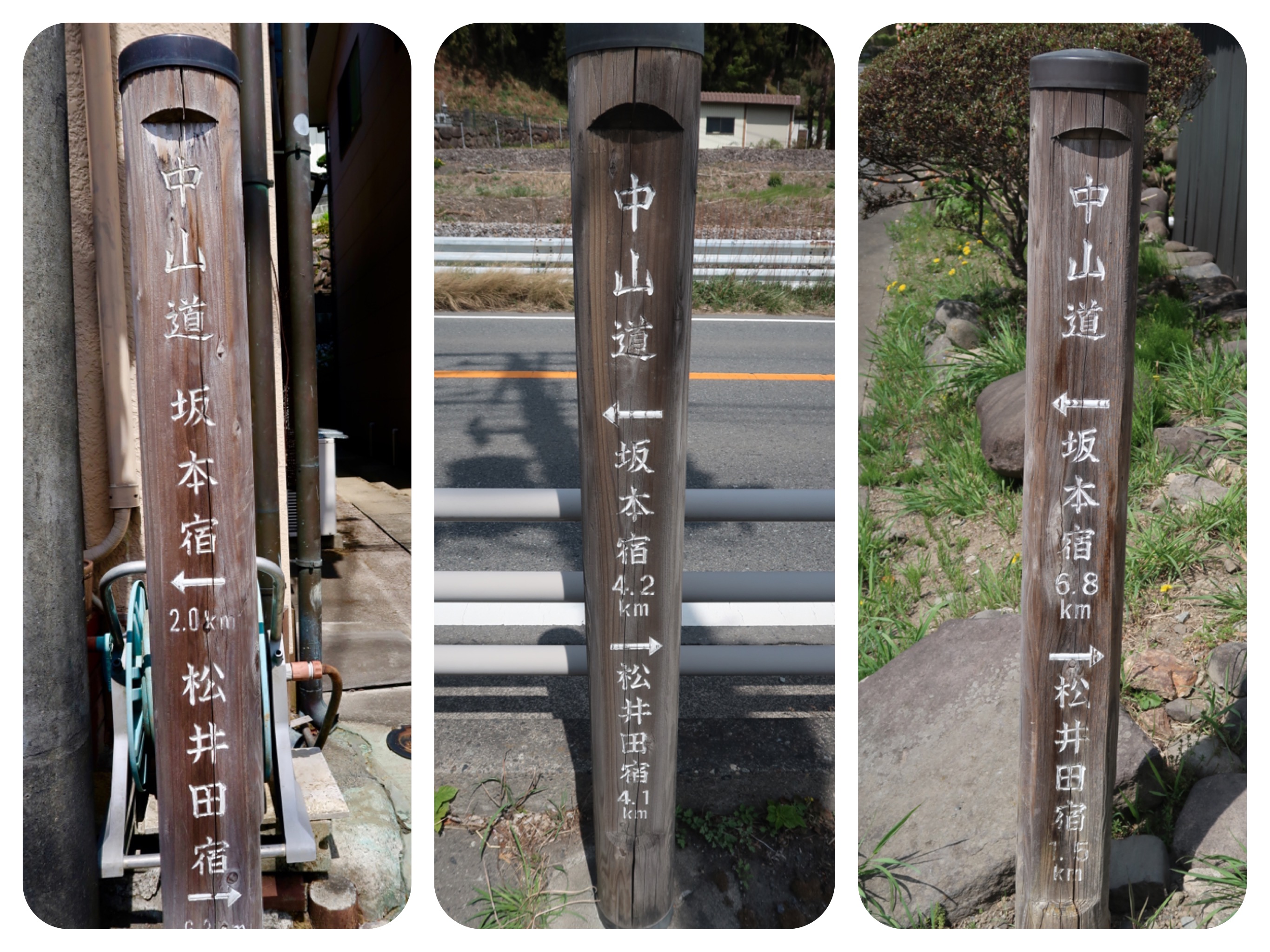 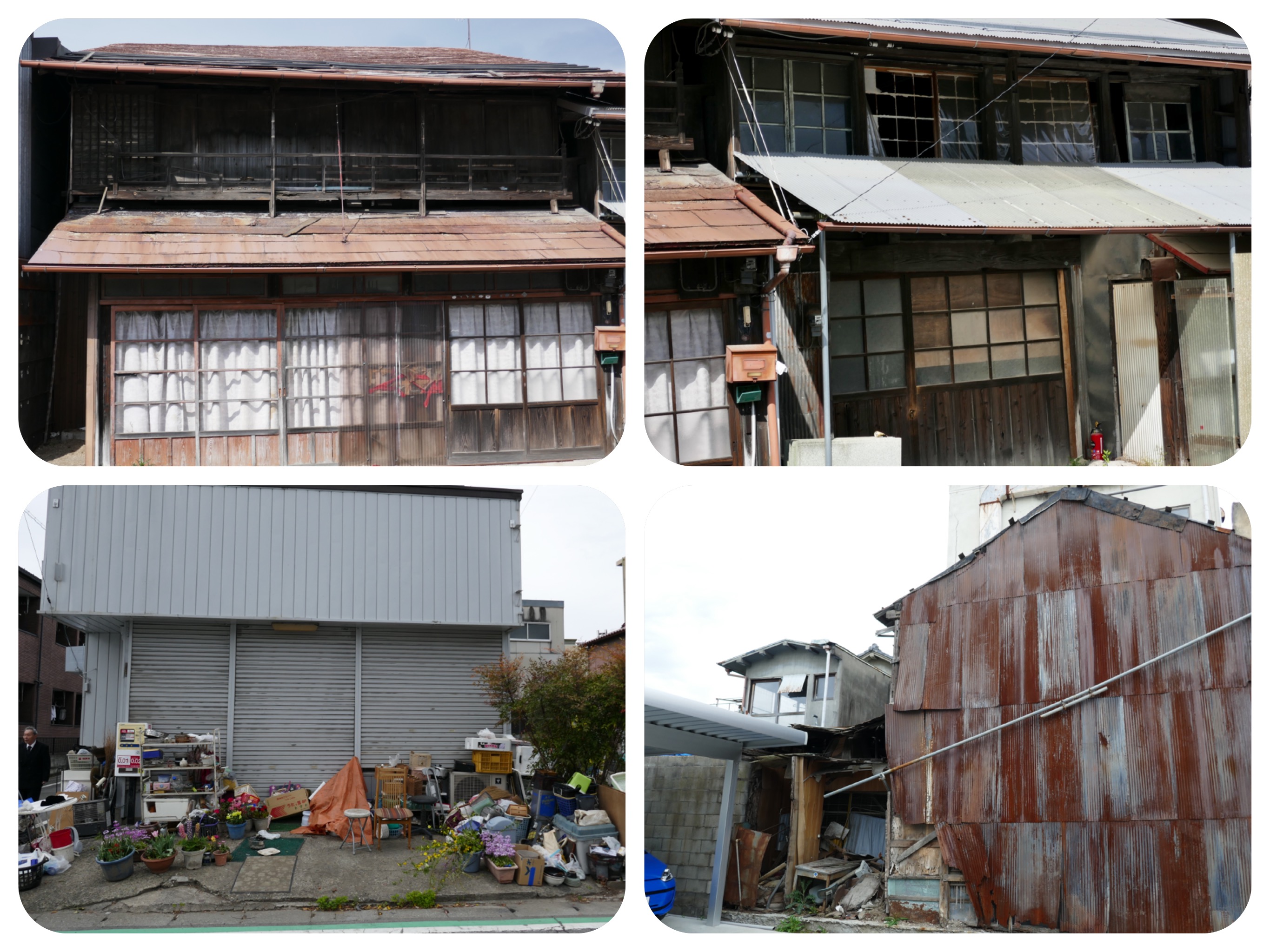 Day 6 – Walking The Nakasendō, Japan – Can Japan Be Aging Badly?…

I am starting to realize the enormity of the task that we have taken on.

I think that, after having walked 1275 Kilometers along the Shikoku 88 temples pilgrimage, we felt that walking a 600 Kilometer pilgrimage was going to be a piece of cake.
But it is not.

The journey is hard.
The kilometers are MUCH greater than the estimated distances from publicly available sources.
We are using four ways to measure the actual distances we walk daily.

We have our iPhone 6 measuring the steps we take and kilometers we walk, the TomTom sports-watch that is the most accurate measurement we have, a GPS app called Galileo Pro that tracks our walk and of course the Nakasendo app, that lists the old “Ichiri” measurements in 4 Kilometer increments as we walk the path…

The indicators are all showing a bit different measurements, but we average the numbers, and it is obvious that the whole Nakasendo is going to be MUCH longer than 600 Kilometers.

Another reason that this walk is harder than I thought is because there are no written brochures or guides in English, and no listings of places to stay along the way to assist us.

This is not a problem when walking the urban sections of the Nakasendo.
We can always stay in simple Business hotels by the train stations.
Some of these hotels are very clean, offer a good breakfast and a hot springs public bath.

But as we head into the mountains, there are no trains and no buses to take us to nearby accommodations.

At first, we attempted to get help from the information center in the Takasaki train station.

The two ladies at the information center were delighted to try to help us.
They told us that in all their years, we were the first people they had met who were walking the entire Nakasendō.

Perhaps they meant that we were the first foreign people they’ve met, because the road is walked in its entirety by Japanese people, but perhaps Japanese people have not stopped to ask for help in the information center in the Takasaki train station.

The ladies gave us gifts, a Daruma doll magnet and a flowery note pad with a pink origami crane.
Daruma dolls are a speciality of Takasaki and are sold all around the city.

But because so few people walk the Nakasendo, the ladies could not really help us with the information I wanted.
They did not know how long it would take us to cross the two mountain passes between Yoyokawa and the ski town of Karuizawa, and even though they made some phone calls trying to help us with accommodations, the prices they were quoted were MUCH higher than what I can book myself online.

I am using a combination of Hotels.com, Agoda and Rakuten Japan to make my bookings.
Most of these sites also have a rewards program that gives us a free night for every ten nights booked using the service.

After not being able to get help, I decided to jump ahead in our walk, investigate myself the mountain path area that is coming up in two days, and then walk backwards to cover the distance that we skipped today.

At the train station in Takasaki, we stored our backpacks in the coin lockers, which allowed us to walk carrying only our light daypacks, which we filled with raincoats, umbrellas and a warmer fleece.
The sky looked cloudy.

We took a local train to the very end of the line, Yokokawa station, so we could get a good look at the Nakasendo’s mountain pass that will bring us to Karuizawa-machi.

It was great to see the mountains again, as well as the much quieter towns with their more rural roads.
We have walked on nothing but urban roads so far, and the noise of the passing trucks and cars was getting a little tiring.

Our goal today was to walk backwards from Yokokawa to Annaka, where we would then take the train back to Takasaki.
We booked a night’s stay at the APA Hotel at Takasaki Train Station.

The next day, we will make up the distance from Takasaki to Annaka.
This will allow us on the third day to start again in Yokokawa, and climb the mountain passes with our backpacks, on our way to Karuizawa.

The walk was through small villages and rural houses, many of which looked in poor repair, or were standing empty.

Every now and then, there was a house in the traditional wooden style that had been beautifully renovated.
Most of the wooden houses and shops that we saw, though, were shuttered.

It felt sad.
I was thinking of lively cultures like the ones I saw in Thailand or Sri Lanka, or Indonesia, where every store is occupied with people working, and those people who do not own stores were walking the streets selling products they had made at home.

The Main Streets we passed were populated with houses that all have storefronts on the first level and a residential house on the top, but almost none of them had shops, restaurants, cafes or businesses at ground level.

It felt sad, like walking through a ghost town, to pass by so many locked and completely empty shops.
Almost no one walked the streets nor enjoyed the Main streets.
No tourists and no locals.

Japan is aging badly….
Or maybe more correctly, some part said of Japan are aging badly…
The few shops that were around are clinics and small pharmacies selling elderly aids and medicines.
How many small medicine shops do you need in a small town?….

Most of the stores looked like nobody had lived nor worked in them for many years.

I have heard about the aging population of Japan, and the migration of the younger people to the bigger cities, which lead to empty rural towns that once had been vibrant.
The schools close down, the shops are all closed and the houses that no longer have any resale value, stand empty until they fall apart.

I tried not to feel sad….
Not to make judgements, nor jump to conclusions that leave me feeling sad…

Oh, I have a long way to go…. not just metaphorically, but also physically…. the Nakasendo is long…

The meaning of the word Nakasendō is a journey into the middle mountains, into the heart of Japan….
I hope to see and experience something other than a beautiful glorious culture that is aging badly….

Jules wrote:
“We walked past several Buddhist temples and Shinto Shrines, and a few of the Edo-era grain storage buildings that, because of their heavy stone construction, have survived to the present day.

One village was kicking off a campaign to encourage drivers to drive more slowly and safely, so they were stopping each car on the road to give them a colorful packet with tissues, wet wipes, and a face mask.

We were also gifted two of their packets.
Wet wipes and tissues are always a welcome gift for a pilgrim.

The walk was long with no places to eat or drink, but we did find a small cafe along the Nakasendo that was open for lunch.

The friendly woman who was the owner, waitress and cook, was happy to whip up some mushroom pasta for Tali, and a big toast for me.
Both dishes were tasty, and we even shared a scoop of vanilla ice cream as dessert.

A bit further down the road was a small patisserie, pretty as a picture, where we tried a cute banana and chocolate concoction that was delicious.

We love to support these small shops run by people who have fulfilled one of their dreams, like running their own businesses, and of course it doesn’t hurt that what they make tastes so good!

Since the trains from Annaka to Takasaki come only once per hour, we needed to hurry and almost run to make the 6:30pm train, or face an hourlong wait.
We were able to quicken our pace just enough, and we arrived at the station with minutes to spare.”

That night we stayed at the APA business hotel.
They had a hot spring bath and a laundry machine, a good breakfast and comfortable, soft beds.
You rarely get soft beds in Japan…

Instead of a full dinner, we bought an olive bread in a bakery and sat at the Starbucks to drink tea and eat our bread.

Jules was dozing off to sleep when I finished my bath and doing our laundry.
His right foot, which he accidentally had hit hard against a stone post, is still red and swollen, but his blistere are healing very well.