Day 5 – Walking The Nakasendō, Japan – Rome Was Not Built In A Day… 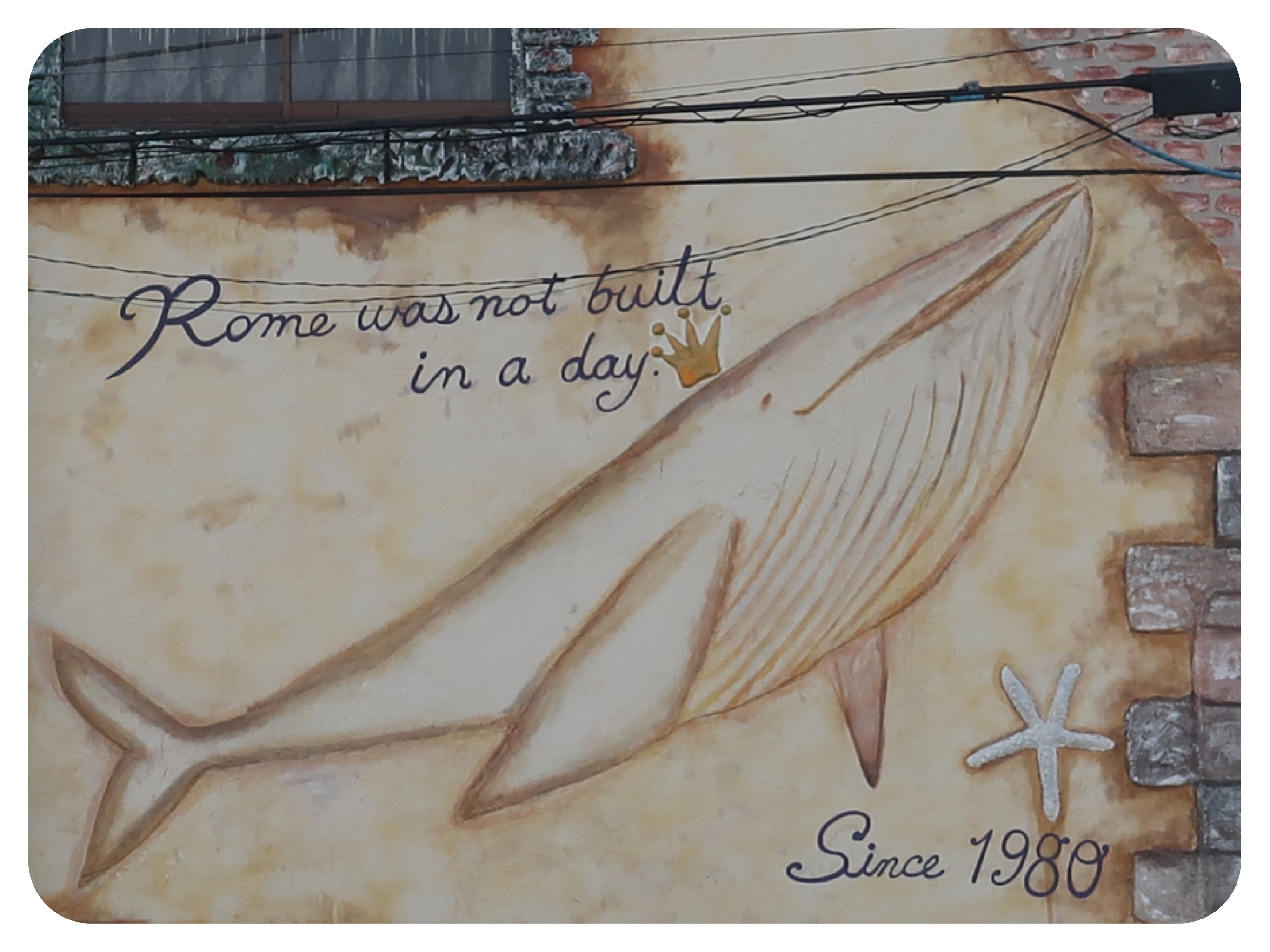 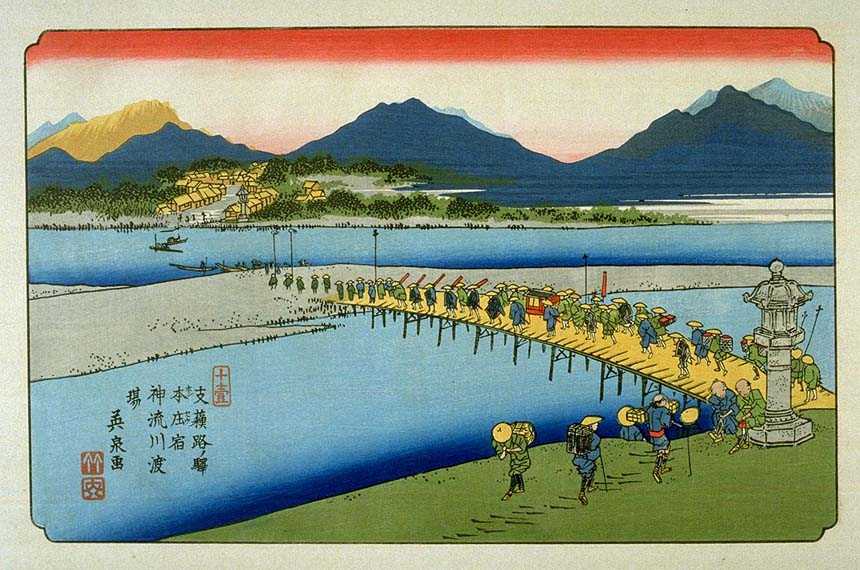 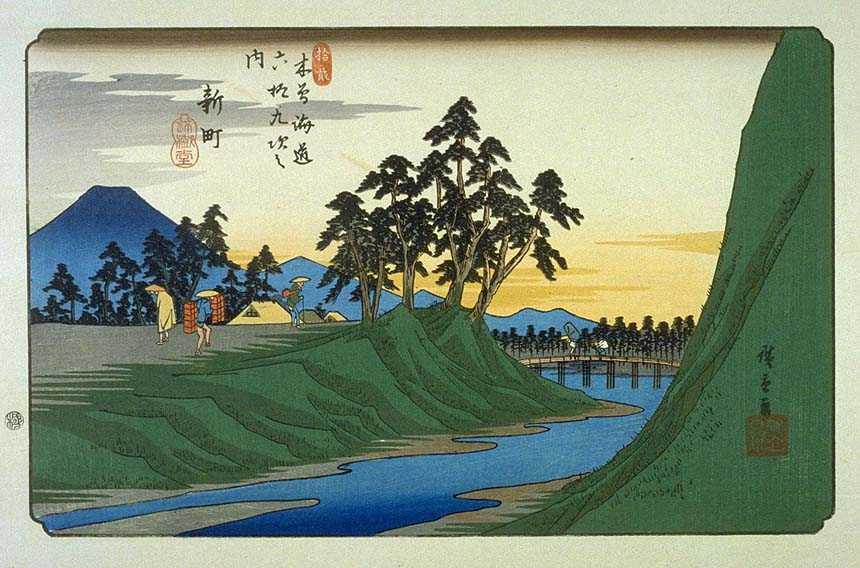 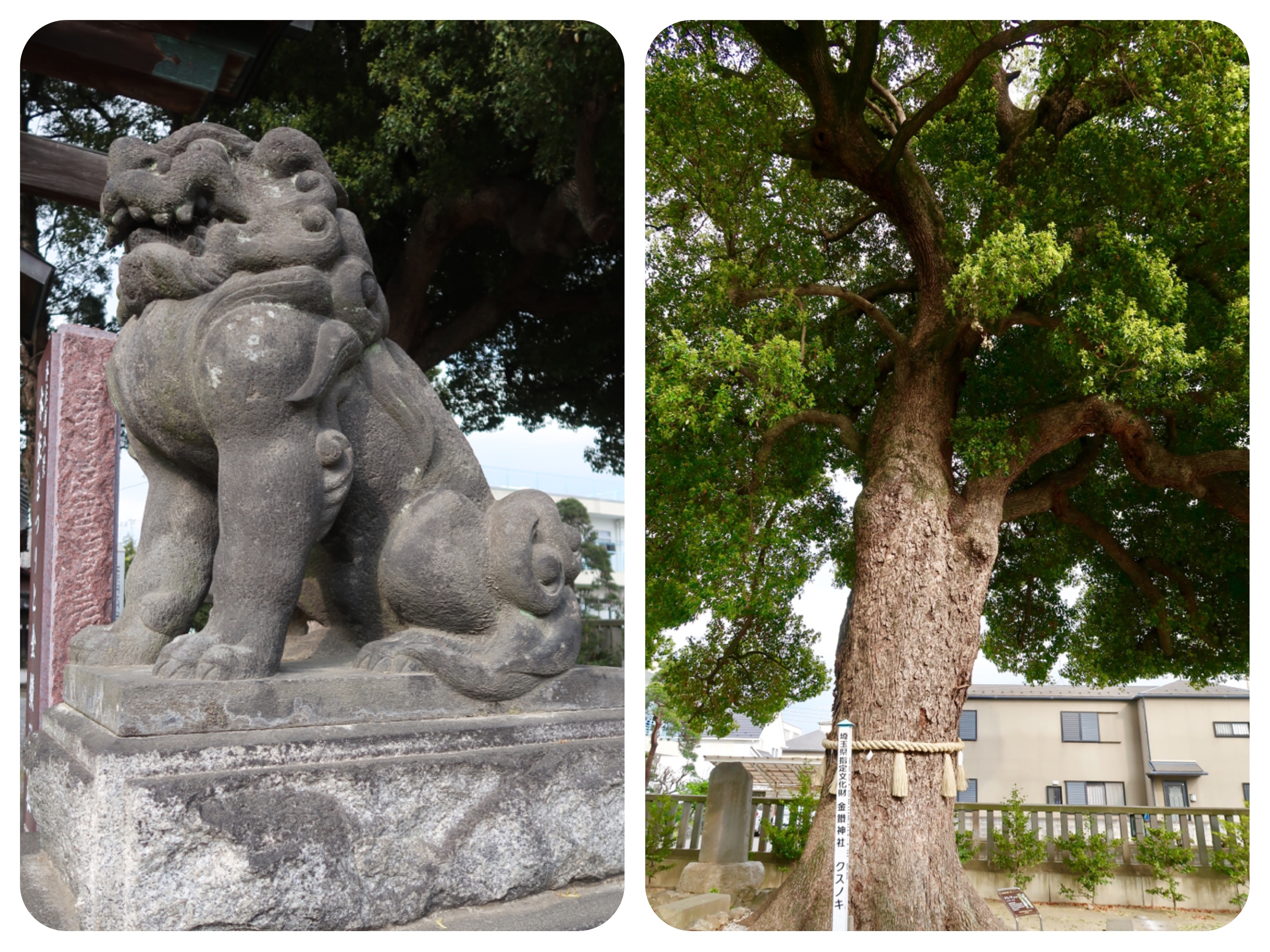 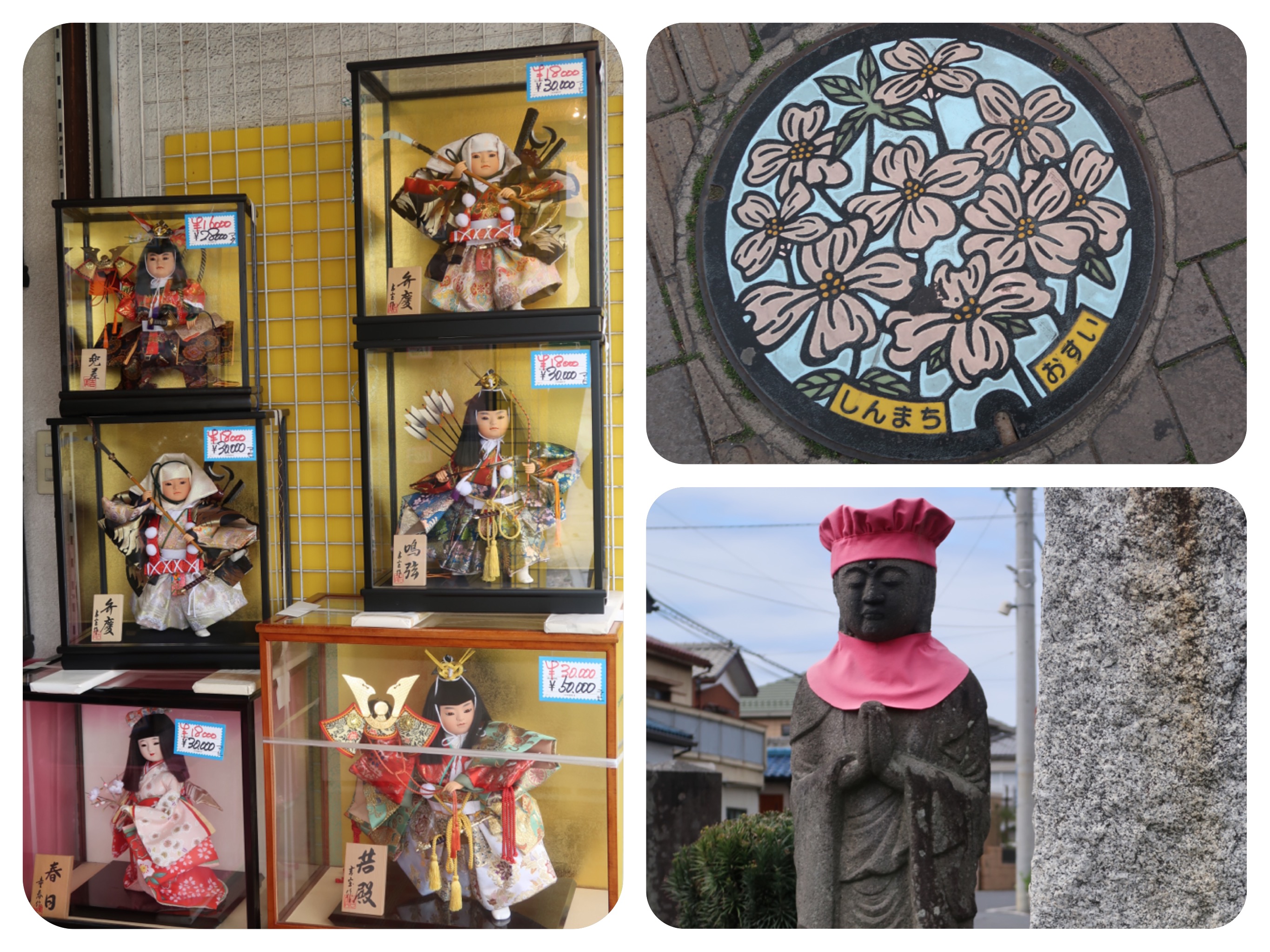 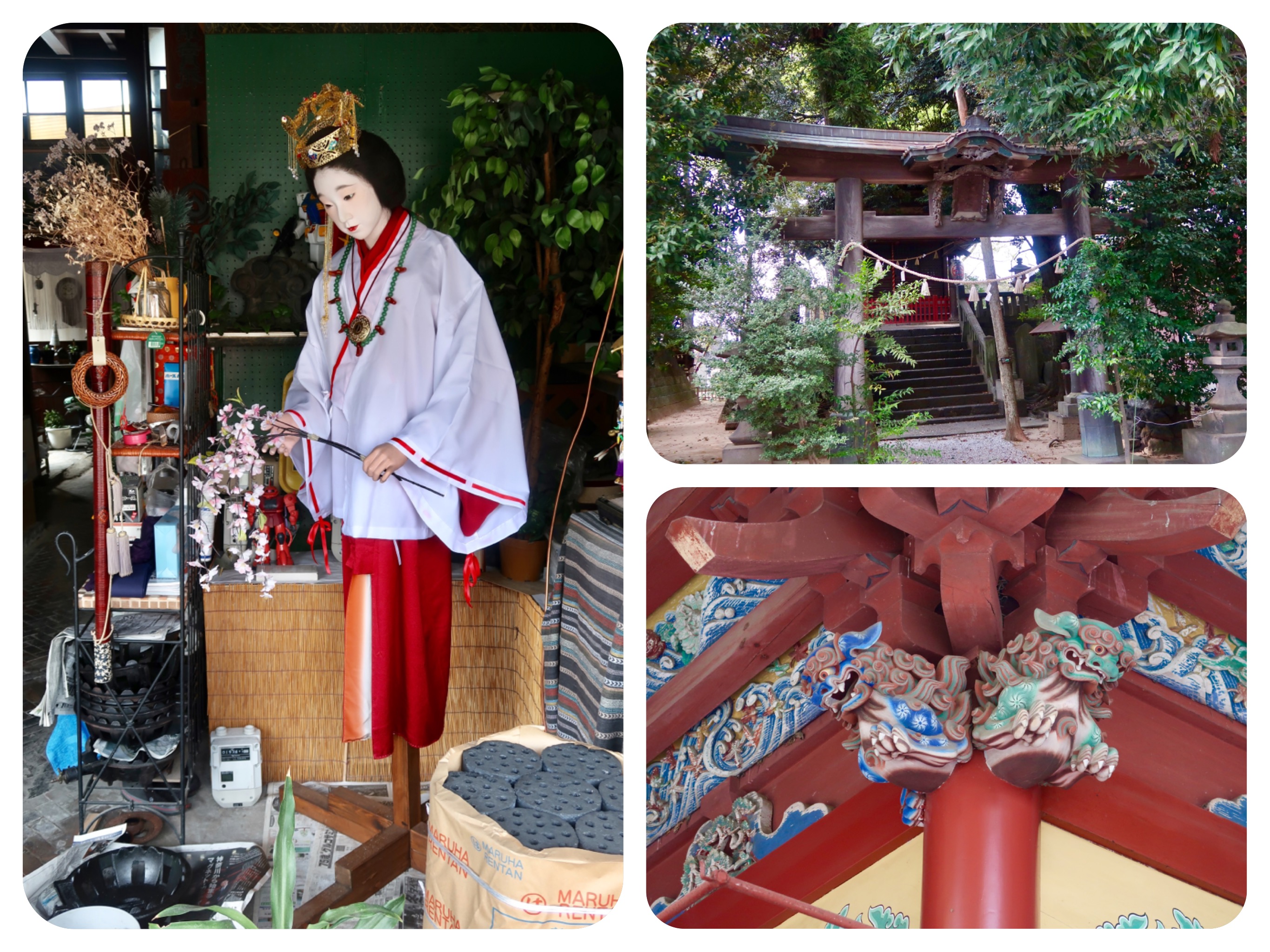 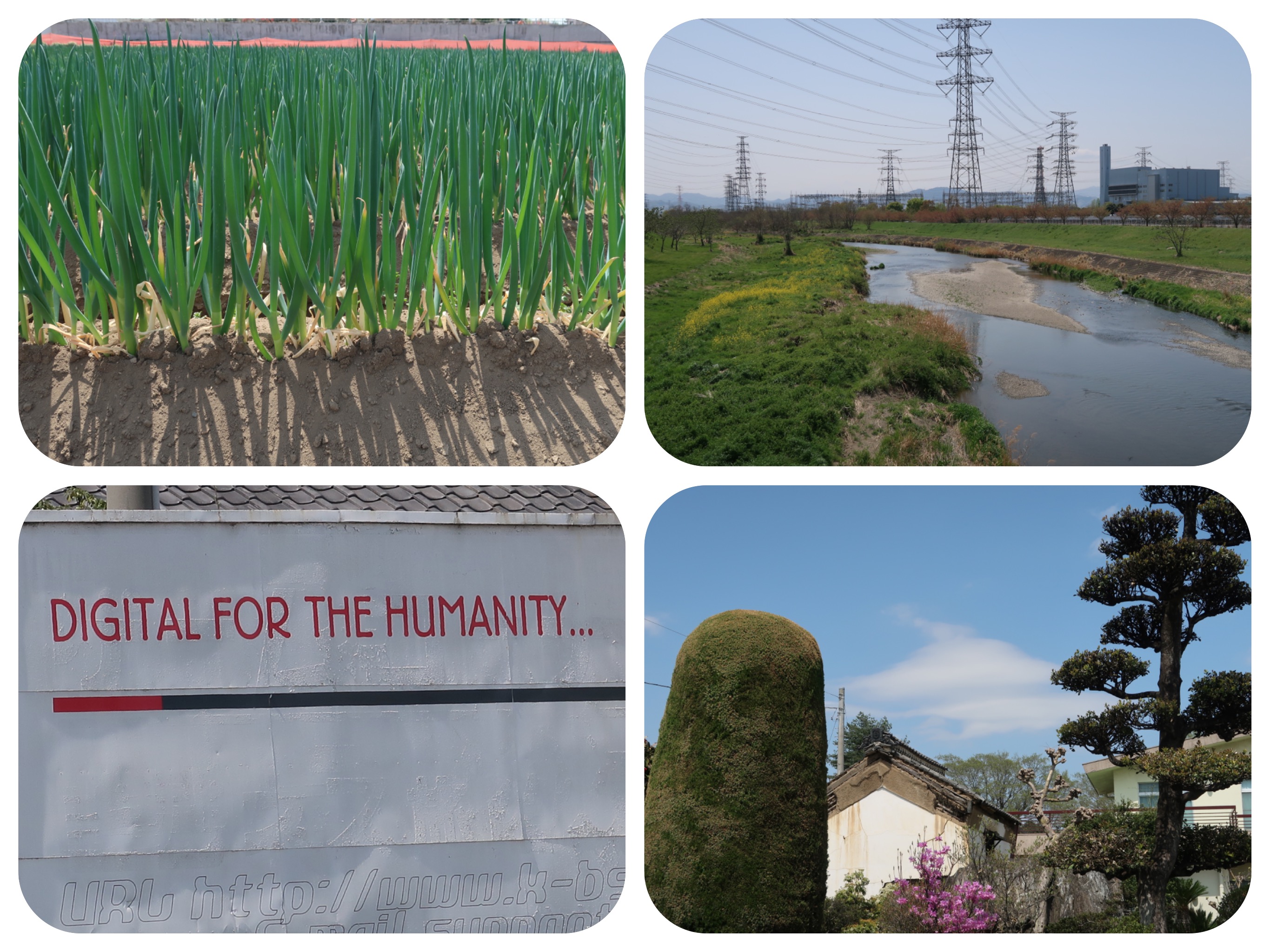 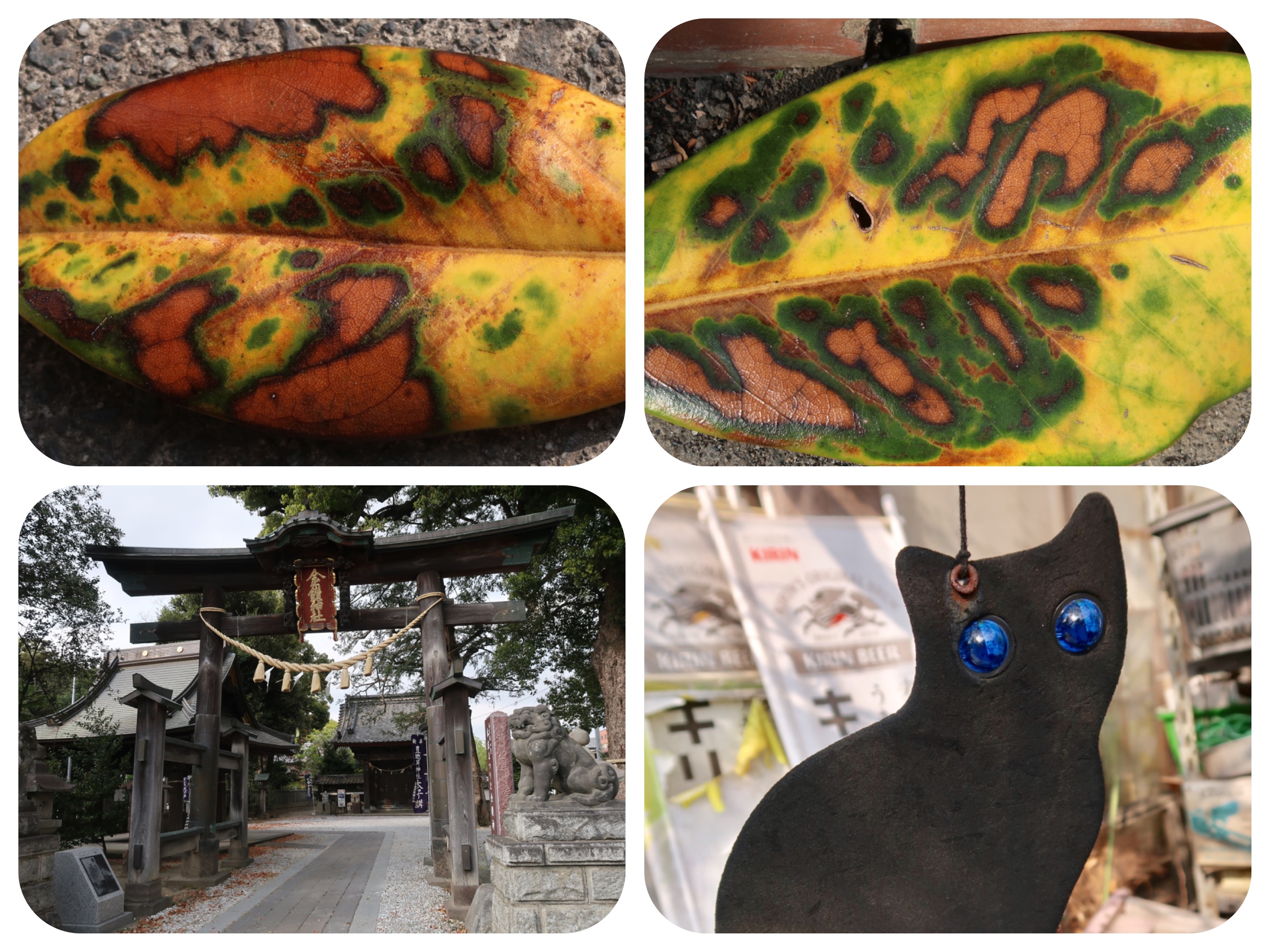 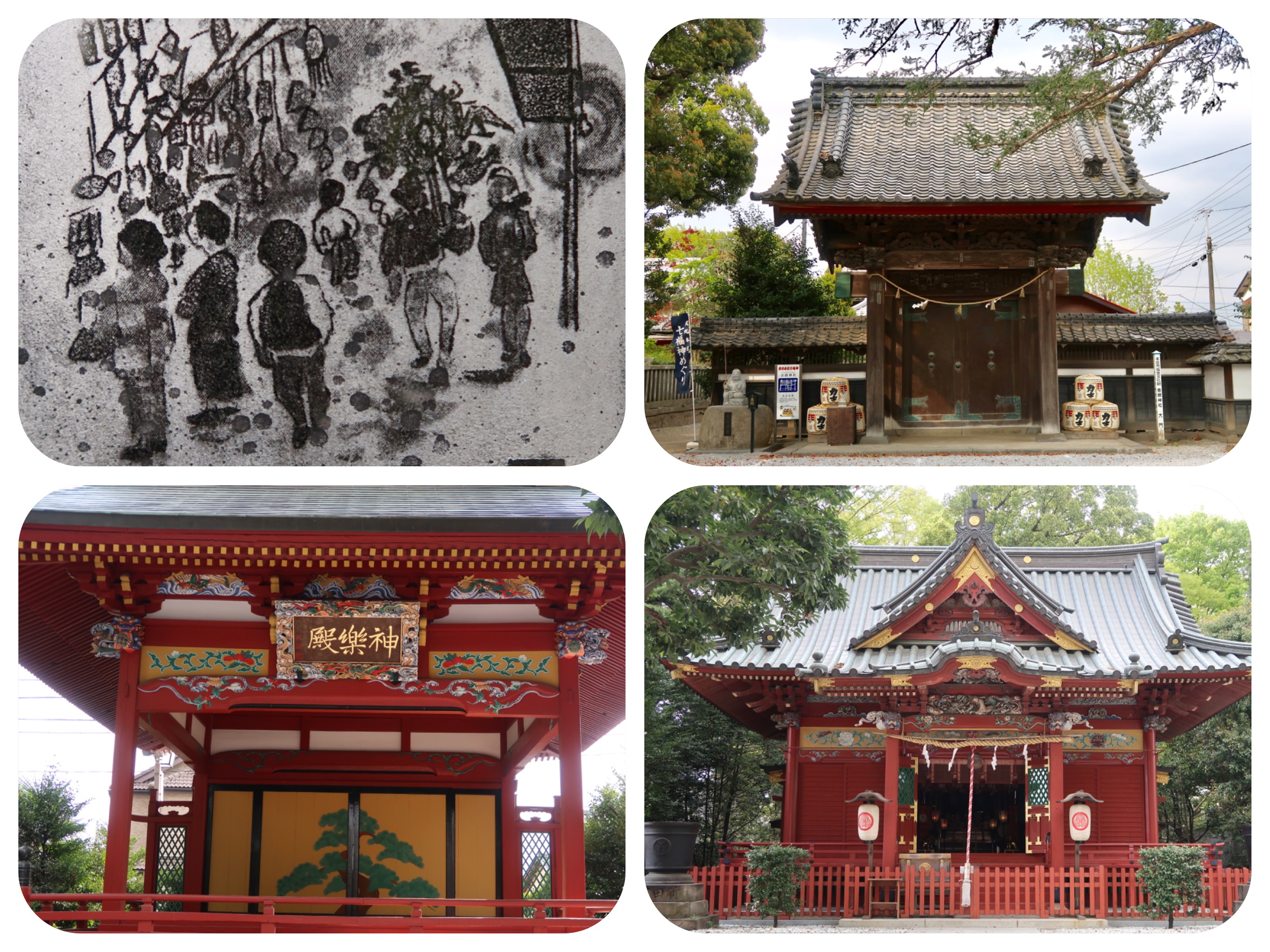 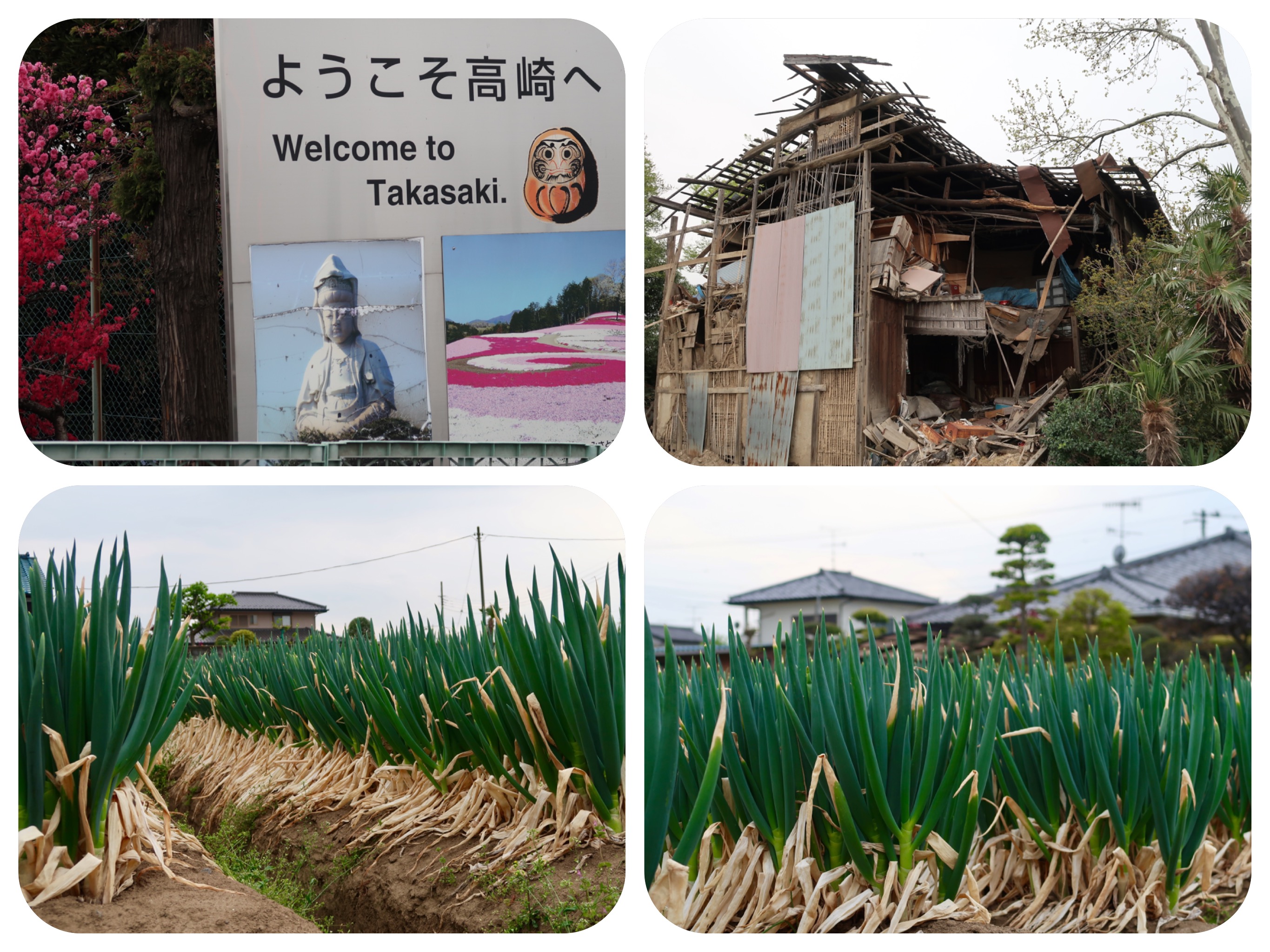 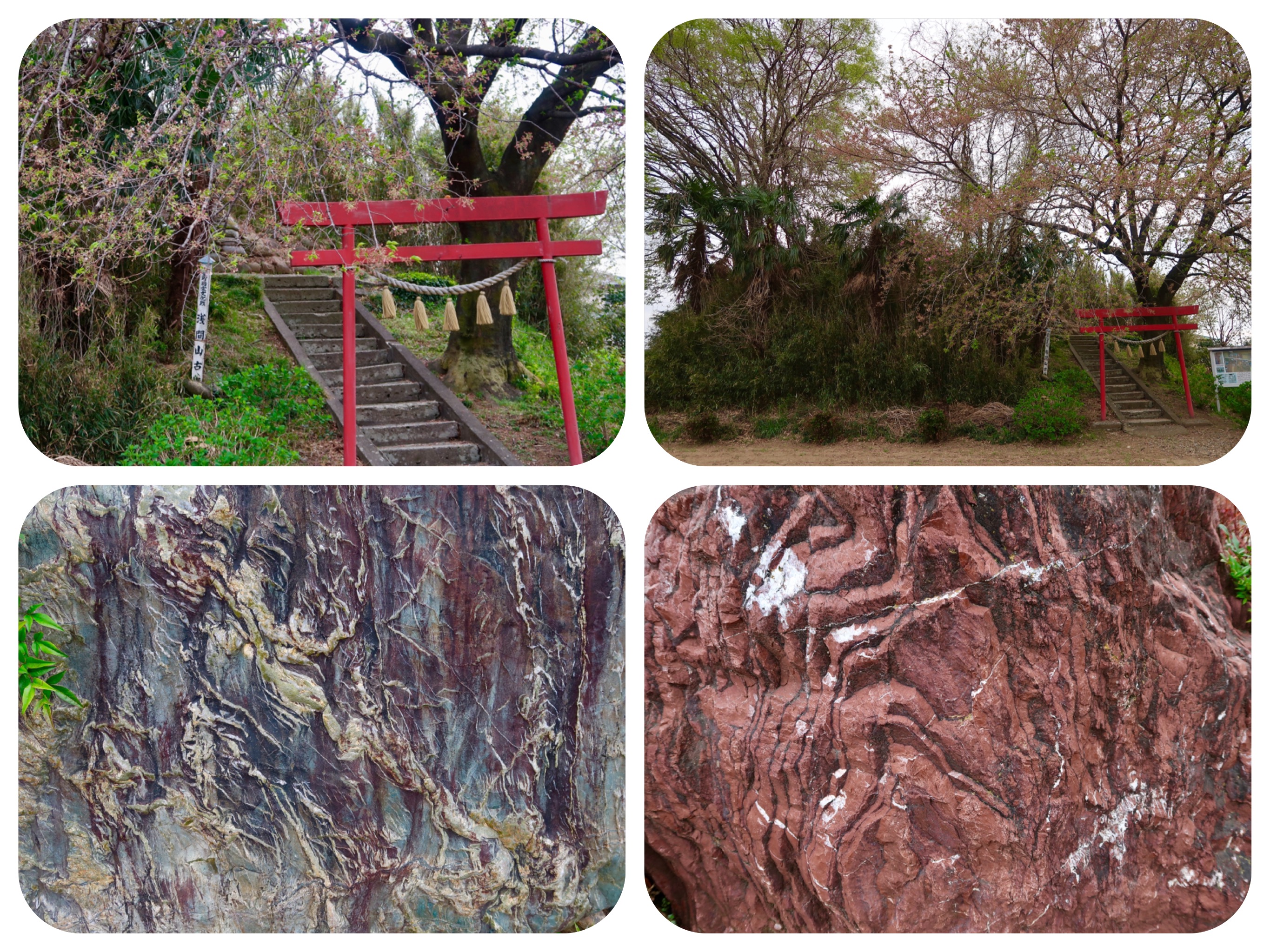 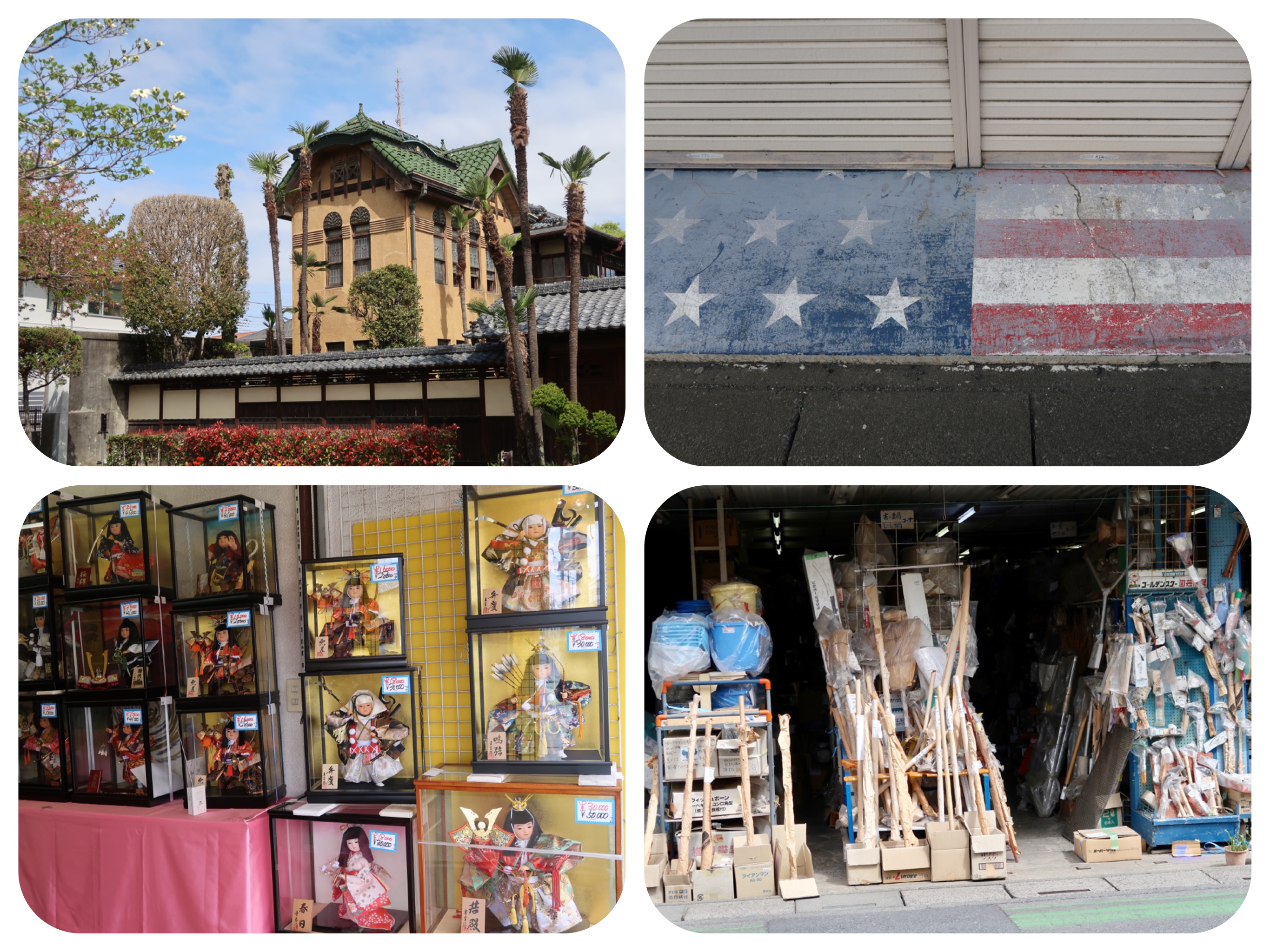 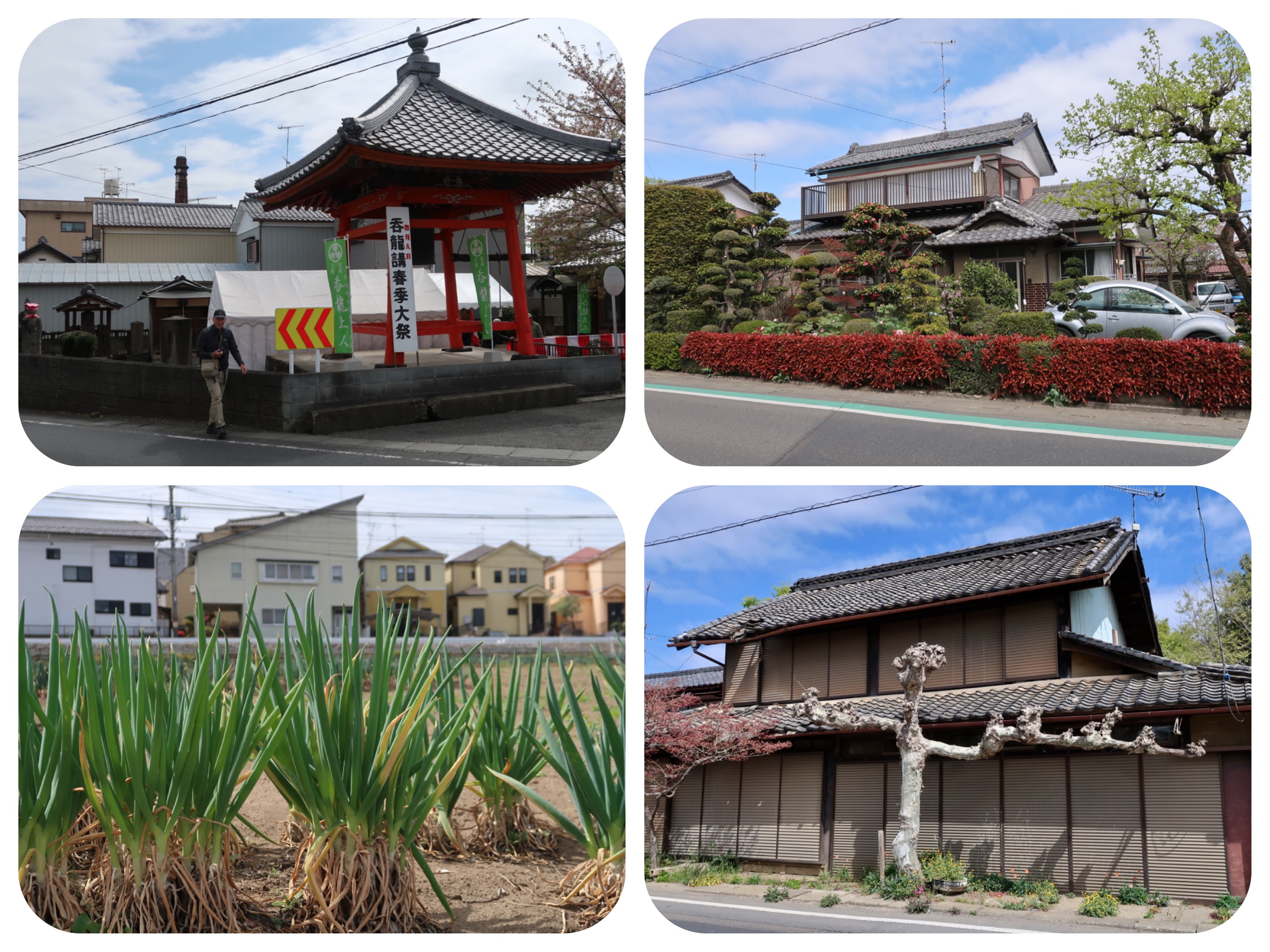 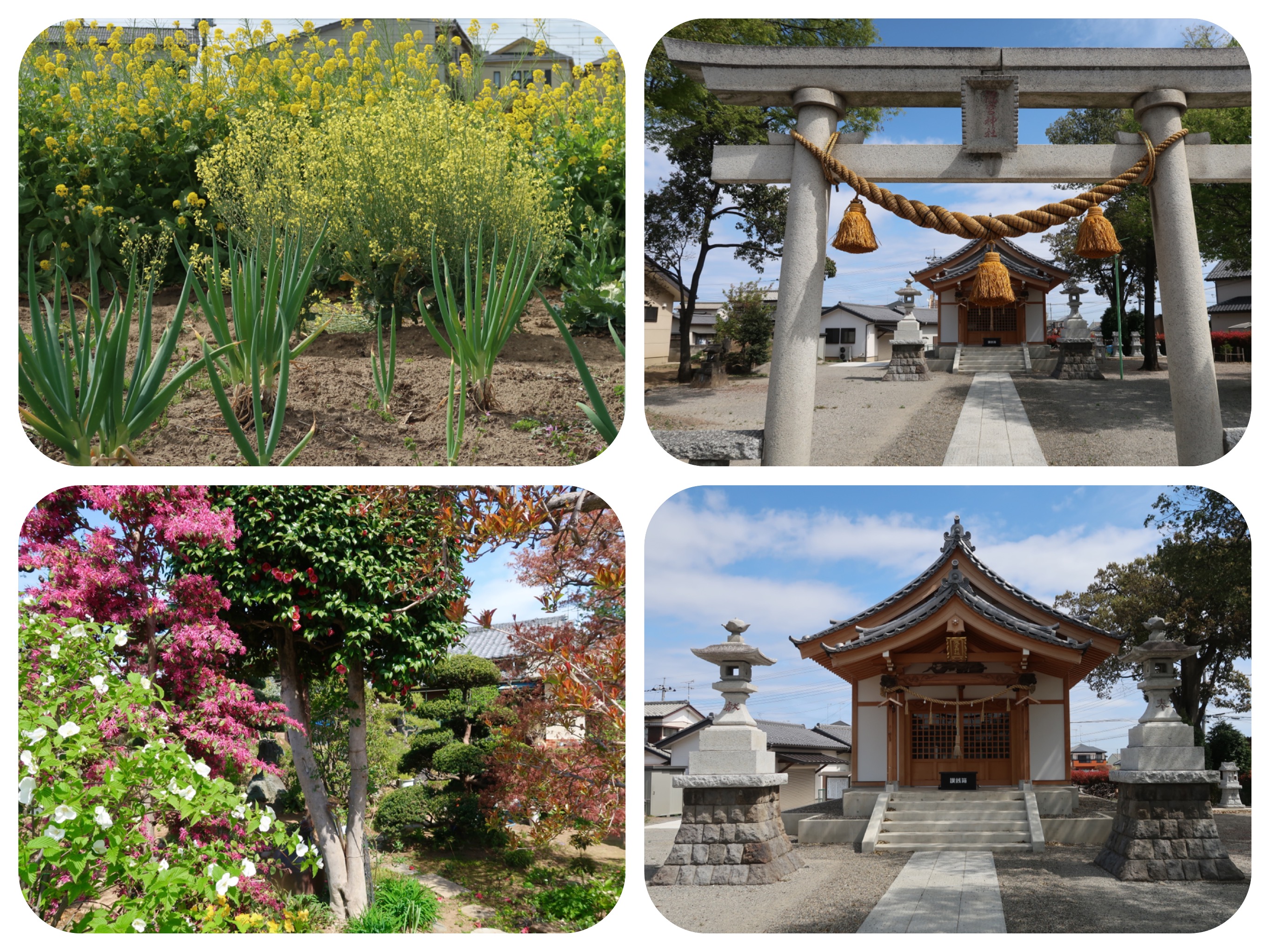 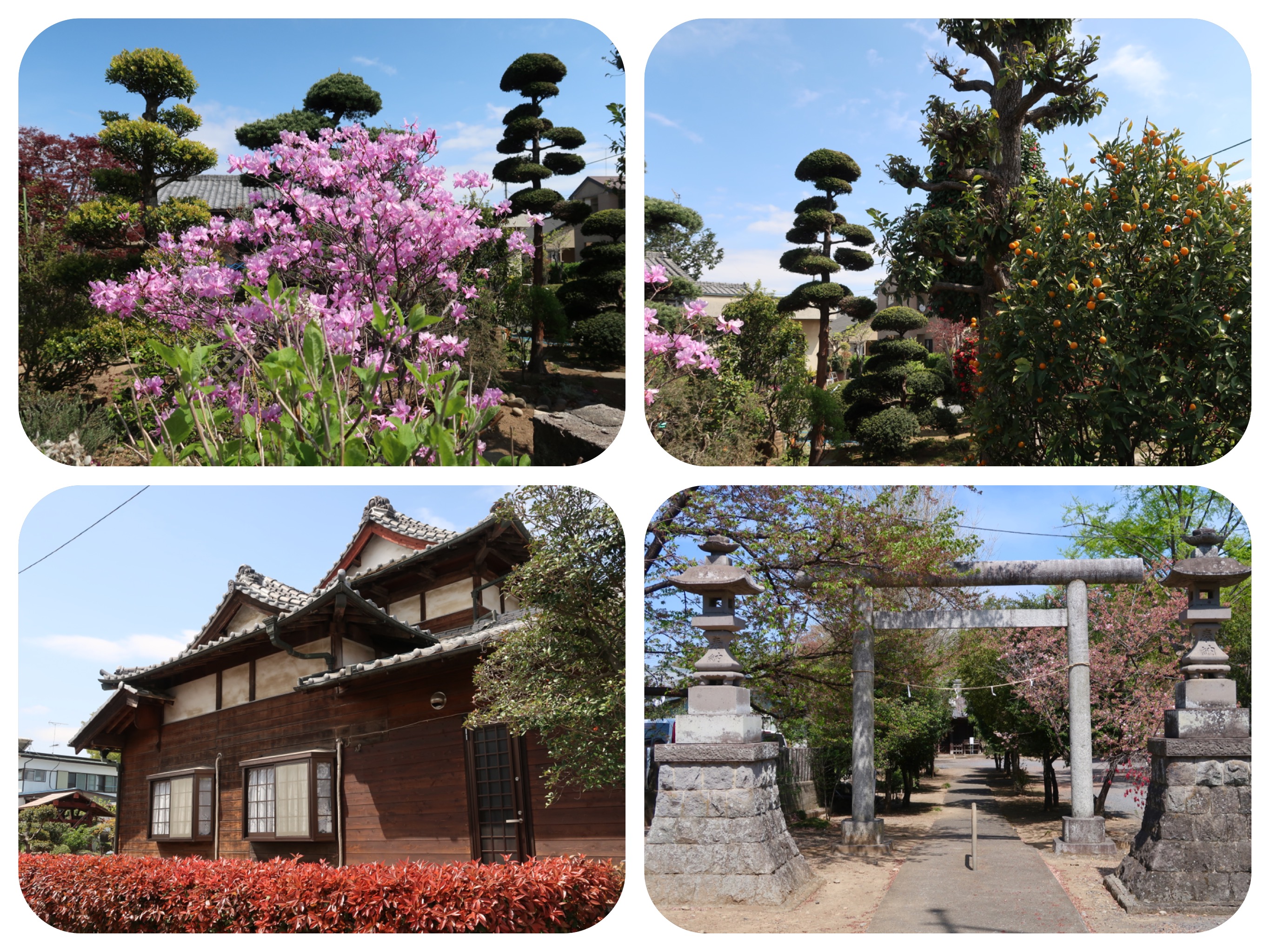 Day 5 – Walking The Nakasendō, Japan – Rome Was Not Built In A Day…

This morning the blisters on Jules’s foot looked a bit better, but his right foot is still swollen and hurting.

My own feet completely healed overnight.
I can see no blisters and I have no pain or tender spots, although I am feeling a bit fatigued and road weary.

I had a light Japanese breakfast of miso soup, a small bowl of steamed rice topped with pickles and umebushi (very sour plums), some cooked seaweed and a small amount of cooked vegetables.
I also ate a small cube of freshly made tofu drizzled with soy sauce and grated raw ginger.
I love this kind of breakfast.
It is perfect for my constitution and digestion and it gives me energy for the road.

We checked out of the hotel and started walking north towards Takasaki.
A few days ago, when Jules’s blisters looked really bad, I booked us a hotel in the post town of Honjo, Nakasendo Station #10, thinking that it was a good idea to give him half a day of rest.

We started walking from Fukaya at 9:30 am, and after walking 15 km, we arrived in Honjo, the last Station in Saitama Prefecture, at about 1:30 pm.
Jules was walking fine, but very slowly.
He did not complain at all, but I knew that he was hurting.

We have now entered a stretch of more rural roads.
There are fields of ripe cabbages and scallions, and rice fields that have already been harvested.
I walked by the fields singing and making up songs that don’t rhyme.

Today we saw one other pilgrim walking on the road.
How did I know he was a pilgrim walking the Nakasendo?
Well, he was covered in sun protective clothing, he carried a fairly large backpack and, like us, he was walking on the old Nakasendo road, not on one of the many parallel roads that crisscross the region.
He smiled and we nodded to each other as we passed one another from the other side of the road.

Before dropping our backpacks off at the Route Inn, our hotel for the night, we searched Honjō for a cafe or restaurant that was open for lunch.
There were many closed shops and shuttered buildings in downtown Honjō, a few open hair salons and a few other businesses.
No cafes and no good restaurants.

Finally, we wandered into, incongruously, a Thai restaurant, mostly because it had an open sign on the door.
The owner was sitting behind the counter, even though there was a large table full of uncleared dishes from previous diners.

We asked if she was open for business, and fortunately, she was.
We were happy to remove our packs and rest.

The Pad Thai, which she described as Thai Yakisoba, was delicious, especially after an added shot of the authentic Thai fish sauce which was on our table.
We also had fresh shrimp cakes, and then a delicious dish of stir fried green vegetables, which the owner (who was also the cook) told us was a gift to us.

The only difficult dish to eat was the papaya salad, which was so authentically spiced, that it was way too spicy to eat.
As we chatted with the owner, she told us that her teacher lives in Colorado, as we do, and that she moved to Honjō from Thailand 27 years ago.

Imagine, opening a Thai restaurant in a town like Honjo, that barely has anything else around.

Jules joked and asked nobody in particular,
“What a strange business plan…. to open a small Thai restaurant in the middle of nowhere… working alone with no cook or waiters….in the middle of a small town, with food that is WAY too spicy for the Japanese palate …..”

I had assumed that she had married a Japanese man who came from Honjo, and that this was how she ended up here.
But she told us that she was not married and that she lives alone.

Perhaps she was an inn keeper in one of her previous lives, working out of Honjo, when the Station town was a vibrant place…
Perhaps that is why she cane back here again….

When we left, she gifted us cookies and chips for the road.
She was a bright spot in our day.

After lunch, we checked into the Route Inn, dropped off our packs, and at 3:30pm, set out on foot again, trying to cover another 12 km to Shimachi-shuku, the 11th Station, and the first station in Gunma Prefecture.

When we reached Shinmachi, it was already getting dark out and cold.
We had to cross a very wide river which was mostly dry and looked desolate and unwelcoming.

The evening was so cold, that I started looking for a taxi to take us to the train station where we could catch the train back to our hotel, but no taxis passed by us.

The wind was blowing, our feet were hurting and we were very cold.
In the distant horizon, I could see the surrounding mountains.
Some of them were still capped with snow.
I shivered.

I walked ahead of Jules, and I did not stop to wait for him to see how he was doing, because of the cold wind on the bridge.
I knew he was also cold and I could see he was limping.

I decided that when we reach Kuraizawa, if it is cold, we will buy ski hats and gloves.
I don’t want us to be too cold crossing the mountains, even if we have to carry extra gear.

After the bridge, I turned and saw Jules waddling along slowly behind me.
I stopped and waited for him to catch up.

“How are you doing? How is your foot?” I asked with much concern.

“I am fine!
It hurts, but I am good!
You can think of me as ‘Carp Fish Boy,’ or Nishikigoi (Koi).
You remember the story that we heard in Kōnosu, about the small but persistent carp who had to overcome many difficulties?
He slowly swam up the river and finally he was so strong from all the trials and tribulations, that he became a powerful mystical dragon,” said Jules with a smile, as he waddled slowly forwards.

A bit earlier in the day, I had seen a sign on a house that had this famous saying on it:
“Rome was not built in a day.”

Rome, which at the time, was the grand center of art, design, music and culture of the Roman Empire, took time and effort to be established as a glorious place.
Piece by piece, little by little it grew to become a glorious cultural center.

It is the same with the spiritual path.
The path of self realization is hard at times, and it is character building, as it requires the strengthening, overcoming and reshaping of our weak ego personalities.

Rome was not built in a day, and similarly, a human does not become a master in a single day….

Honjō, the tenth and final Station in Saitama Prefecture.
Honjō was the site of Honjō Castle, the stronghold of the Honjō clan since the Kamakura period.
The Honjō clan was destroyed by Toyotomi Hideyoshi in 1590, and the territory came under the control of Tokugawa Ieyasu.

Due to the number of travelers on the Nakasendo, the town became a Shukuba in 1792.
In the 1800’s, the town stretched for about 1.9 kilometers along the highway, with a population of 4554 people and 1212 shops.

The town boasted very large scale upper class guesthouses, as well as 54 Inn establishments whose attraction was primarily the prostitutes called Meshimori Onna.
Nowadays you can look high and low and not find a single prostitute in the vicinity!

It was an ambitious day, but we were successful, and after dark, we arrived at the train station in Shimachi.
We then took the train to Takasaki, to have a tea at Starbucks and dinner, before returning to our hotel in Honjō for the evening.

It is a basic hotel, but it is clean, offers a good breakfast and a public hot bath to soak our legs.

Today, we had our first glimpse of the mountains we will soon be walking through, as the Nakasendo begins its climb towards the eastern Japanese Alps.

After so much hot, featureless pavement, with so many trucks and cars passing by, the grandeur of the distant mountains was thrilling.

I will be happy to leave this commercial landscape, with only its Shinto Shrines and Buddhist temples providing a welcome dash of beauty.