Sankhapala Raja Maha Buddhist Cave Temple in Sri Lanka, and a Jataka Tale About a Parrot Who Told the Truth 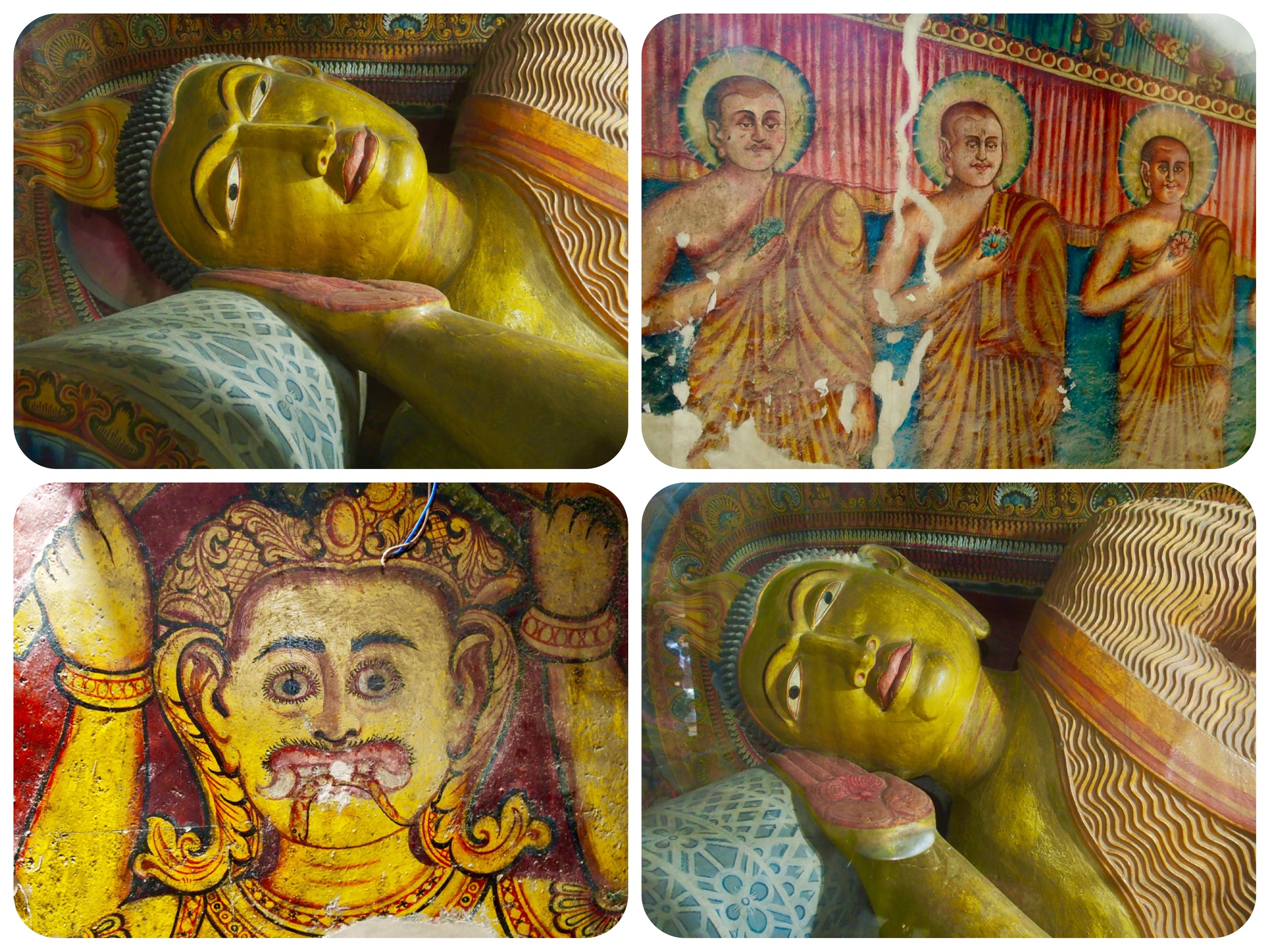 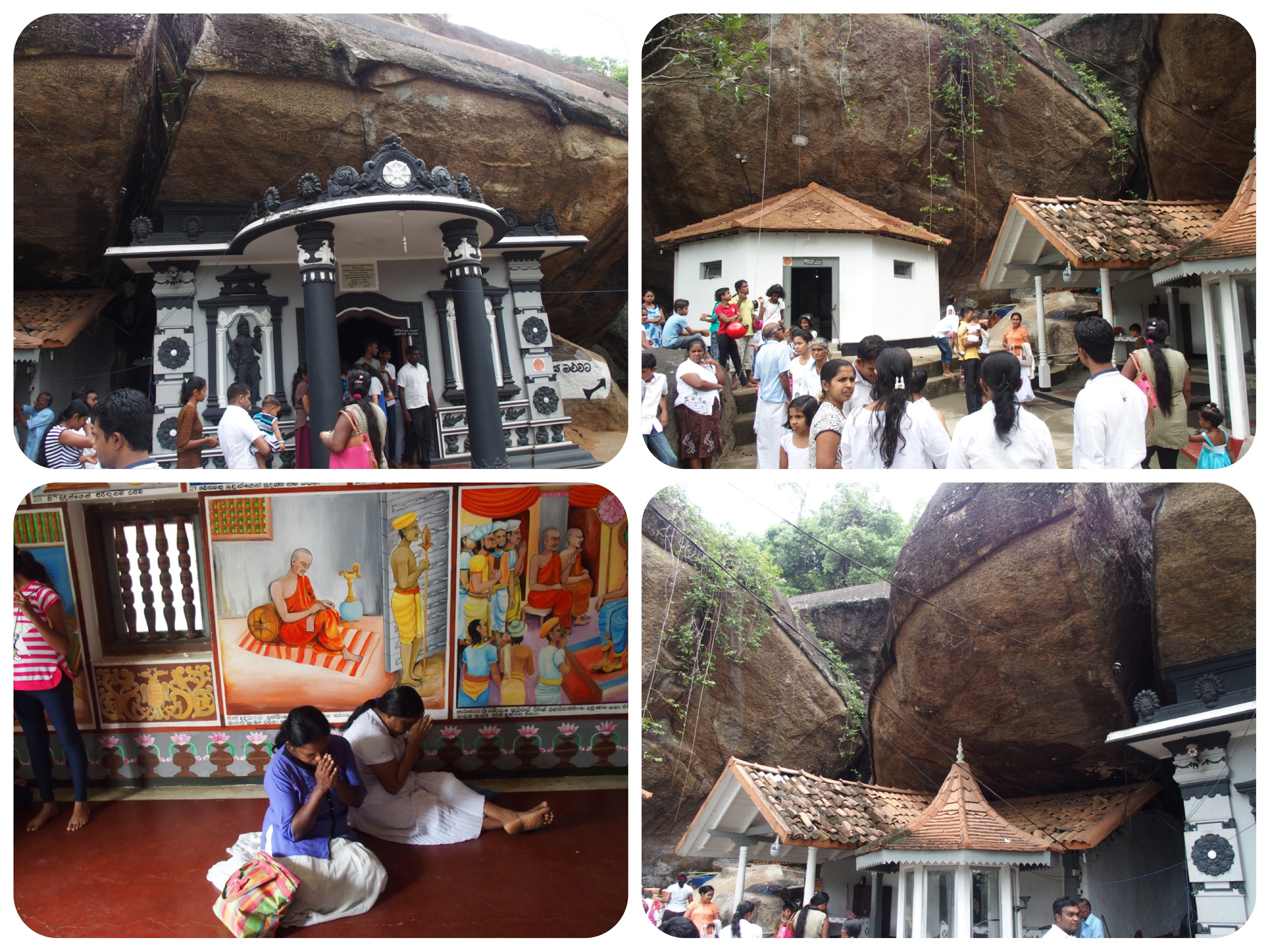 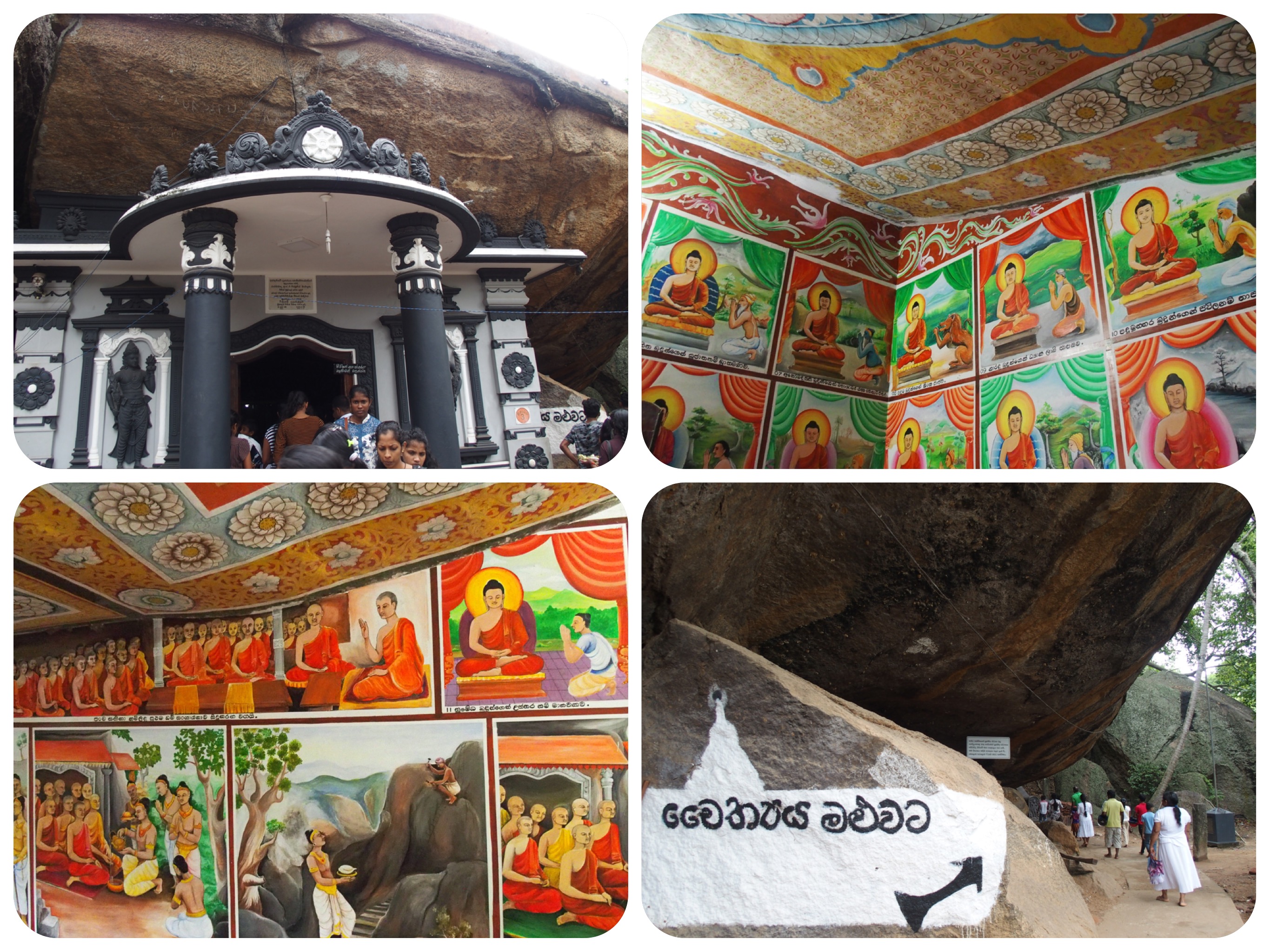 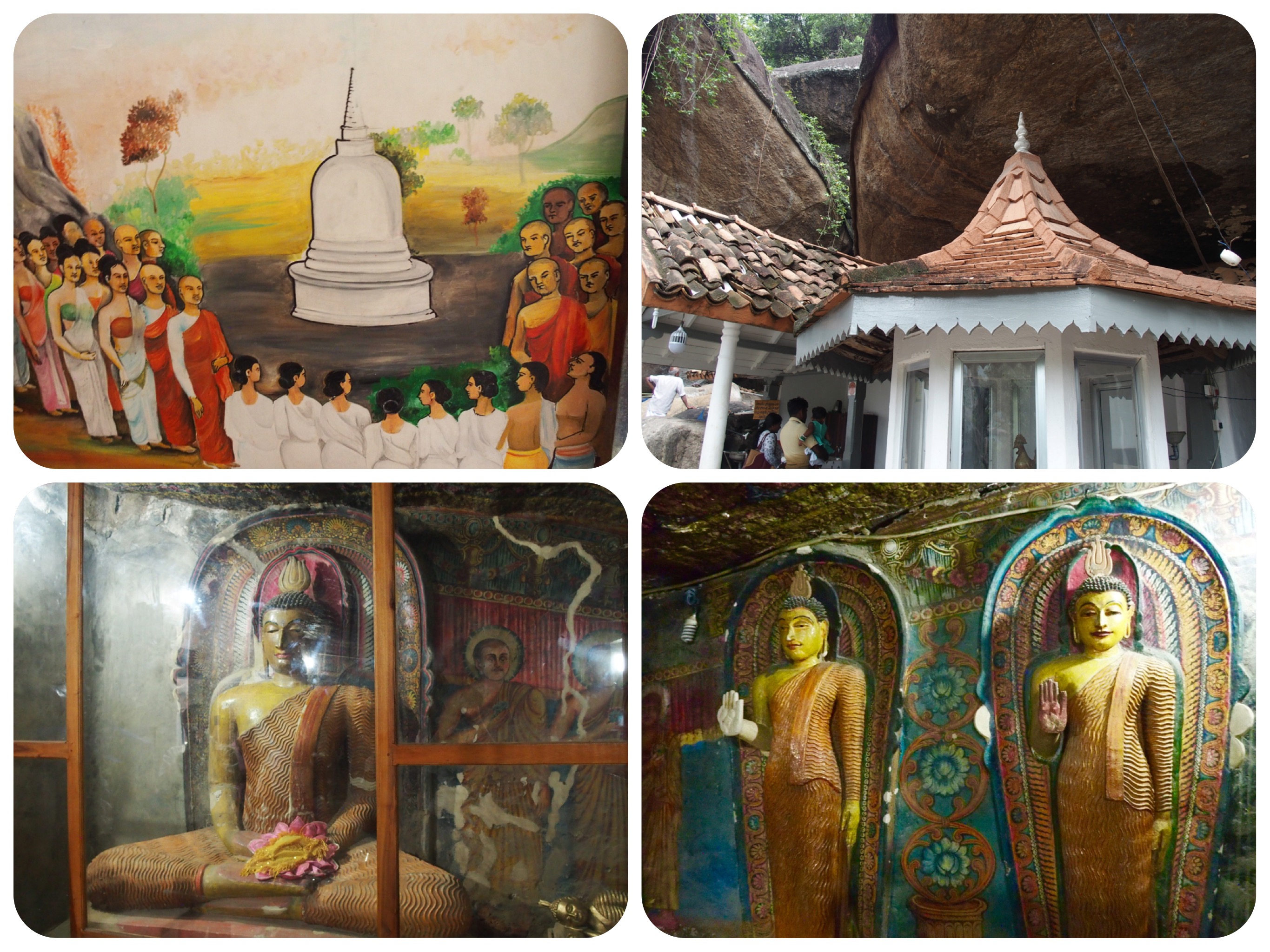 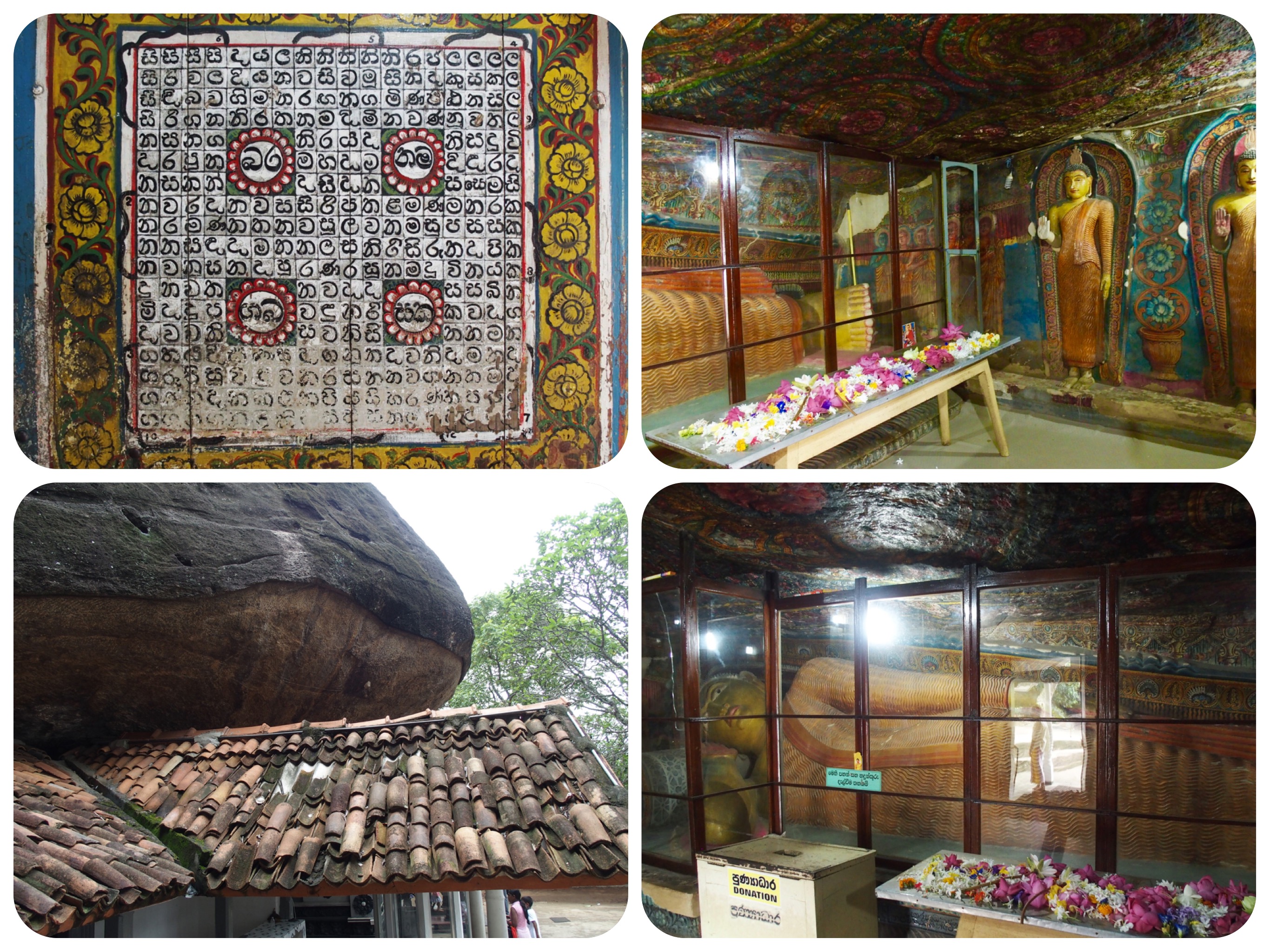 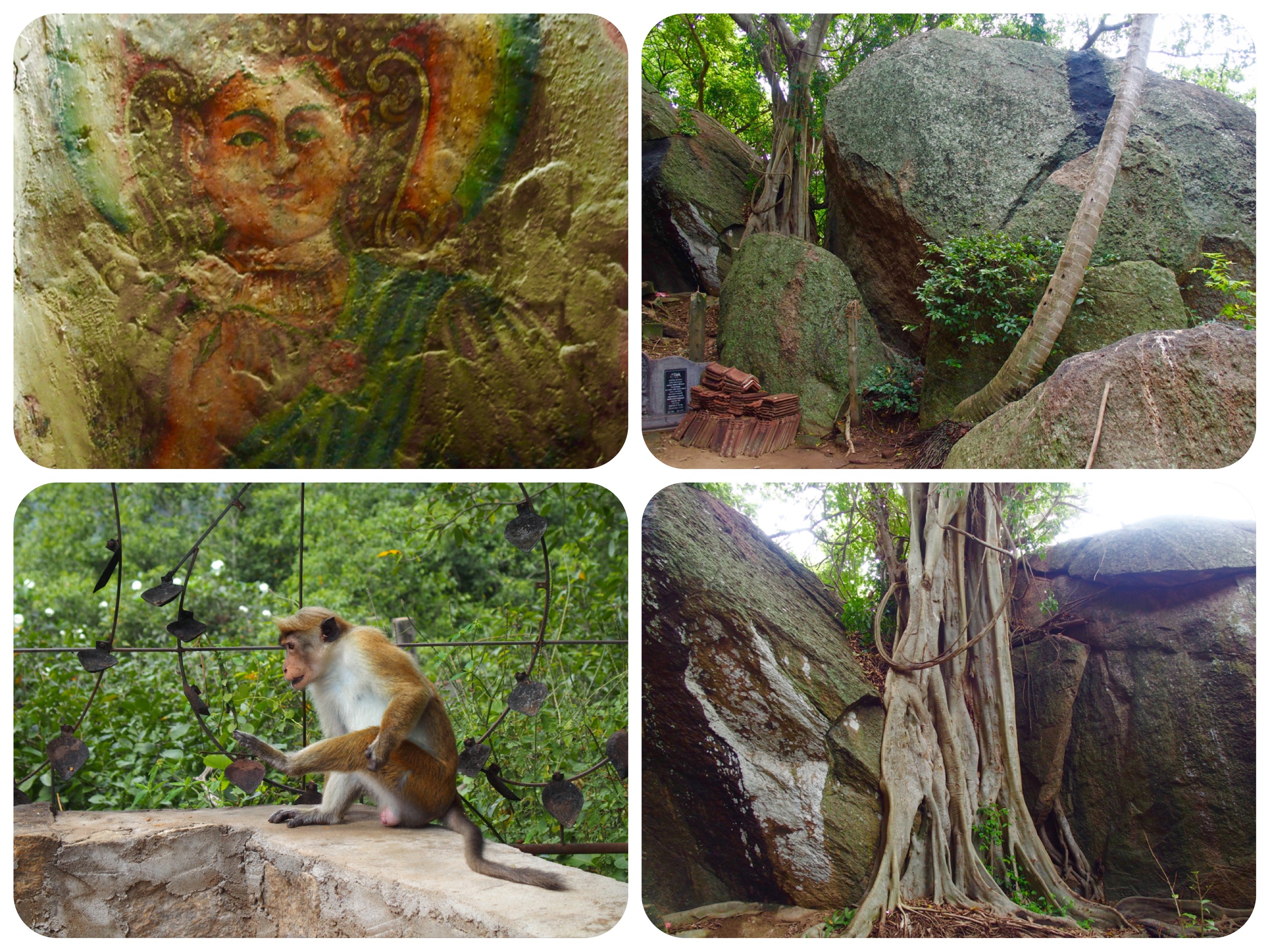 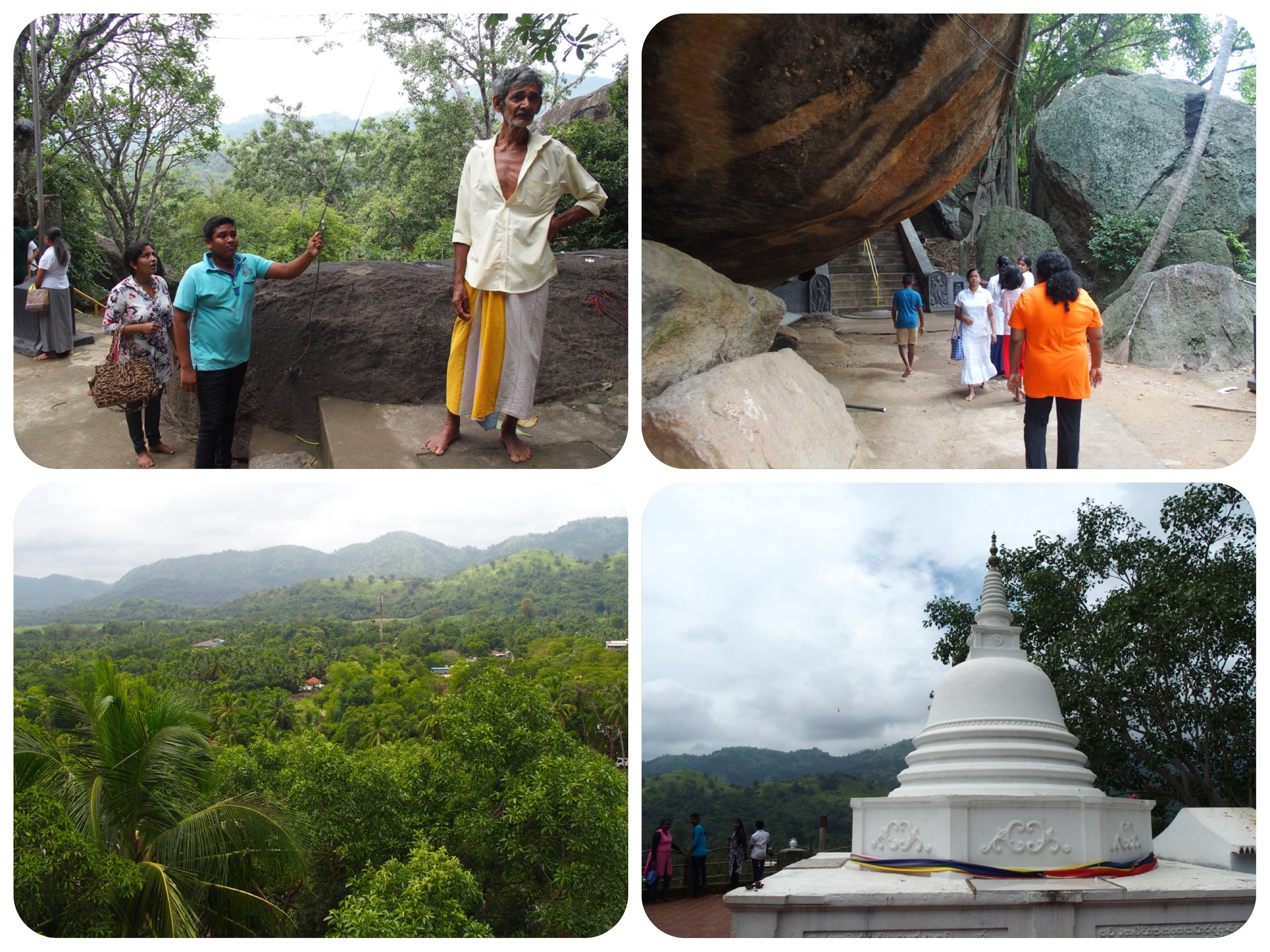 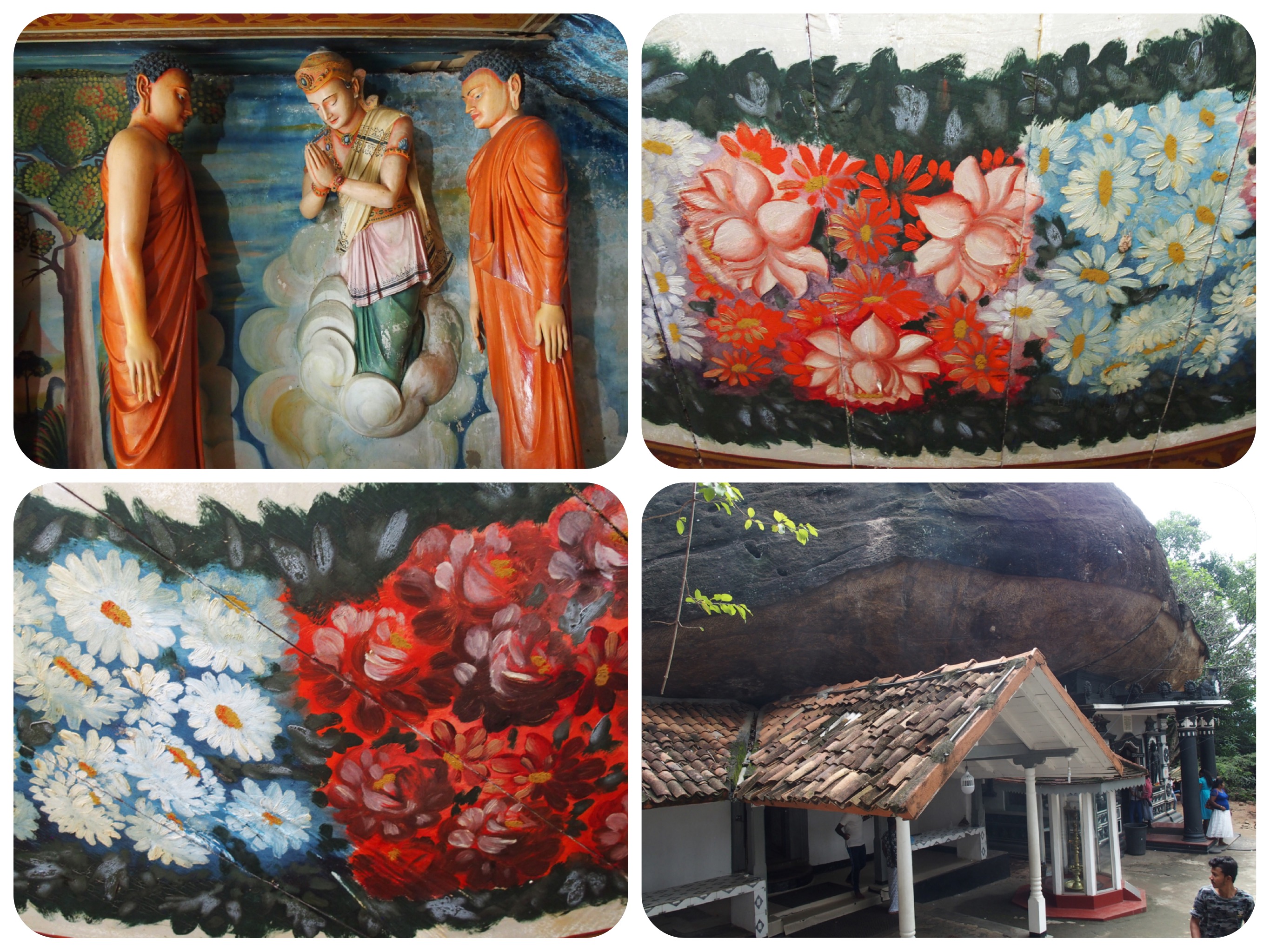 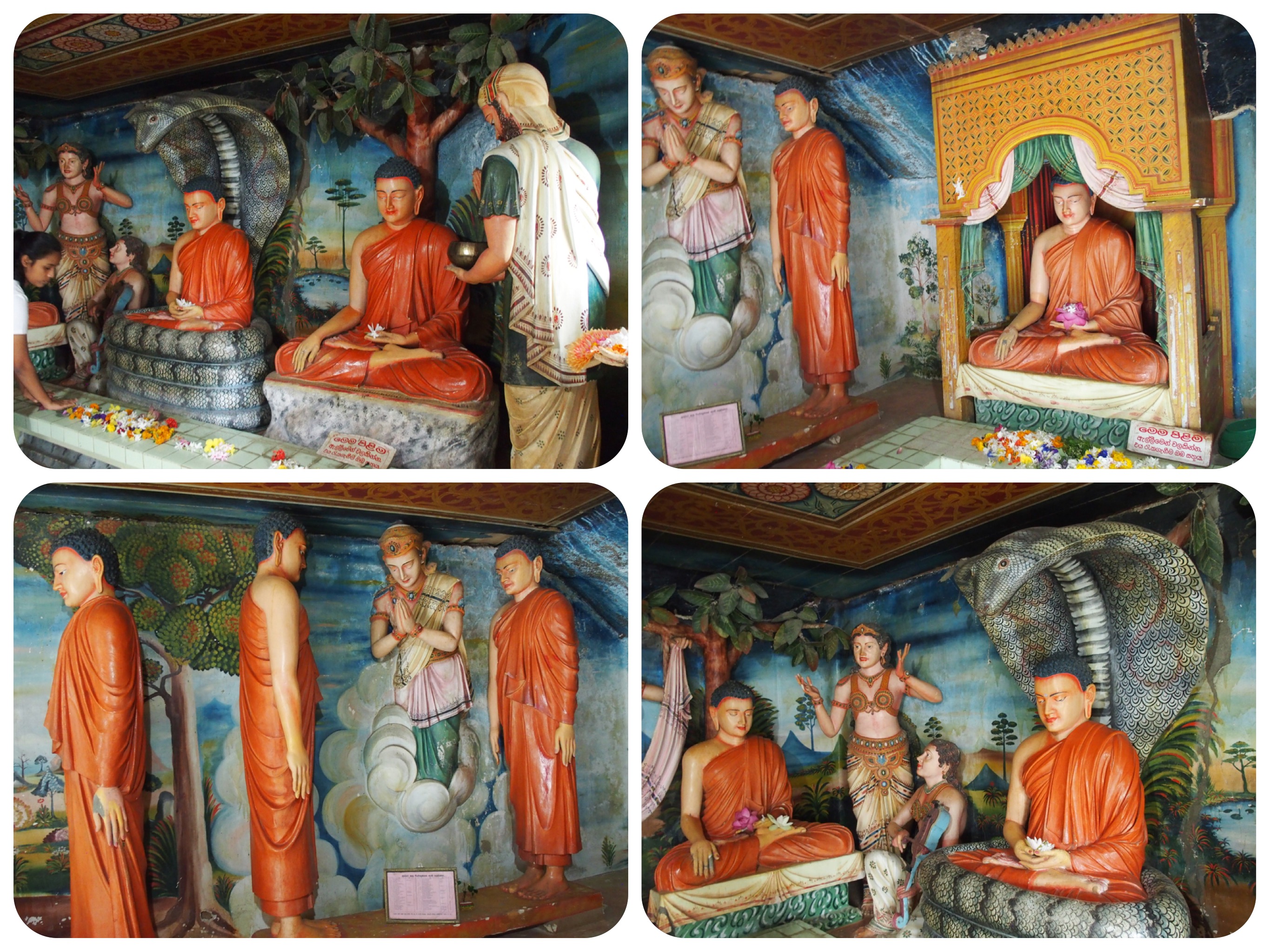 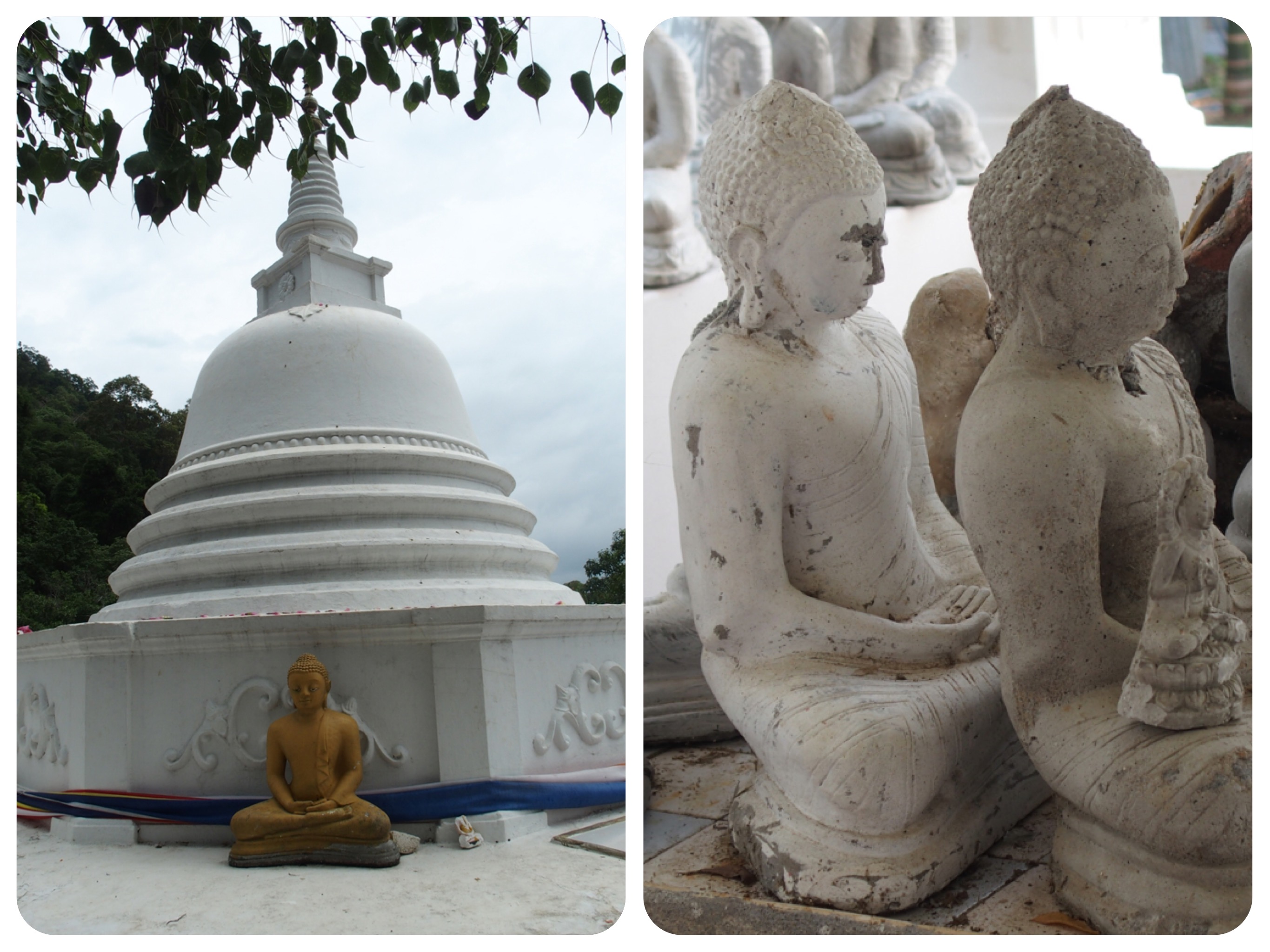 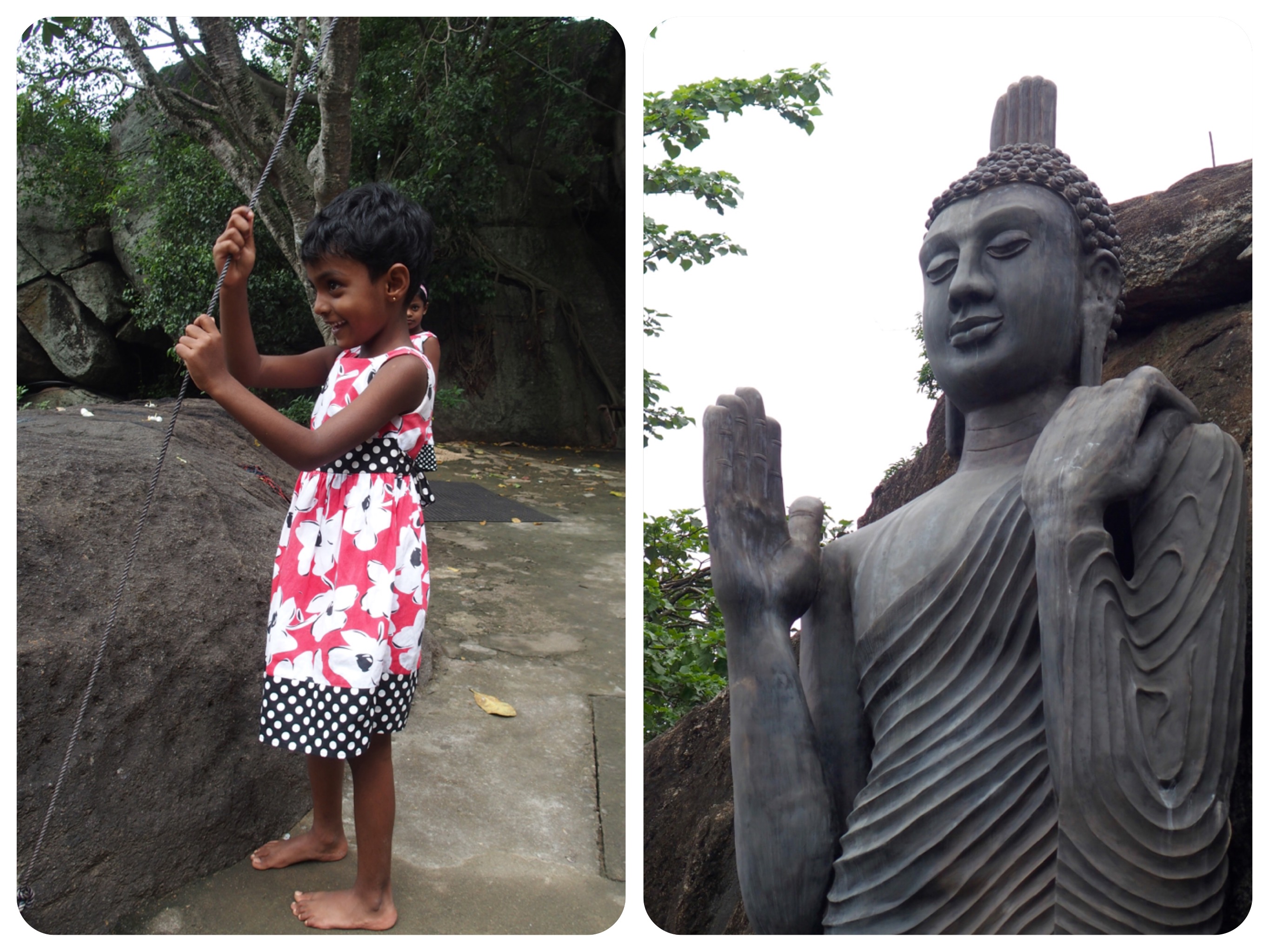 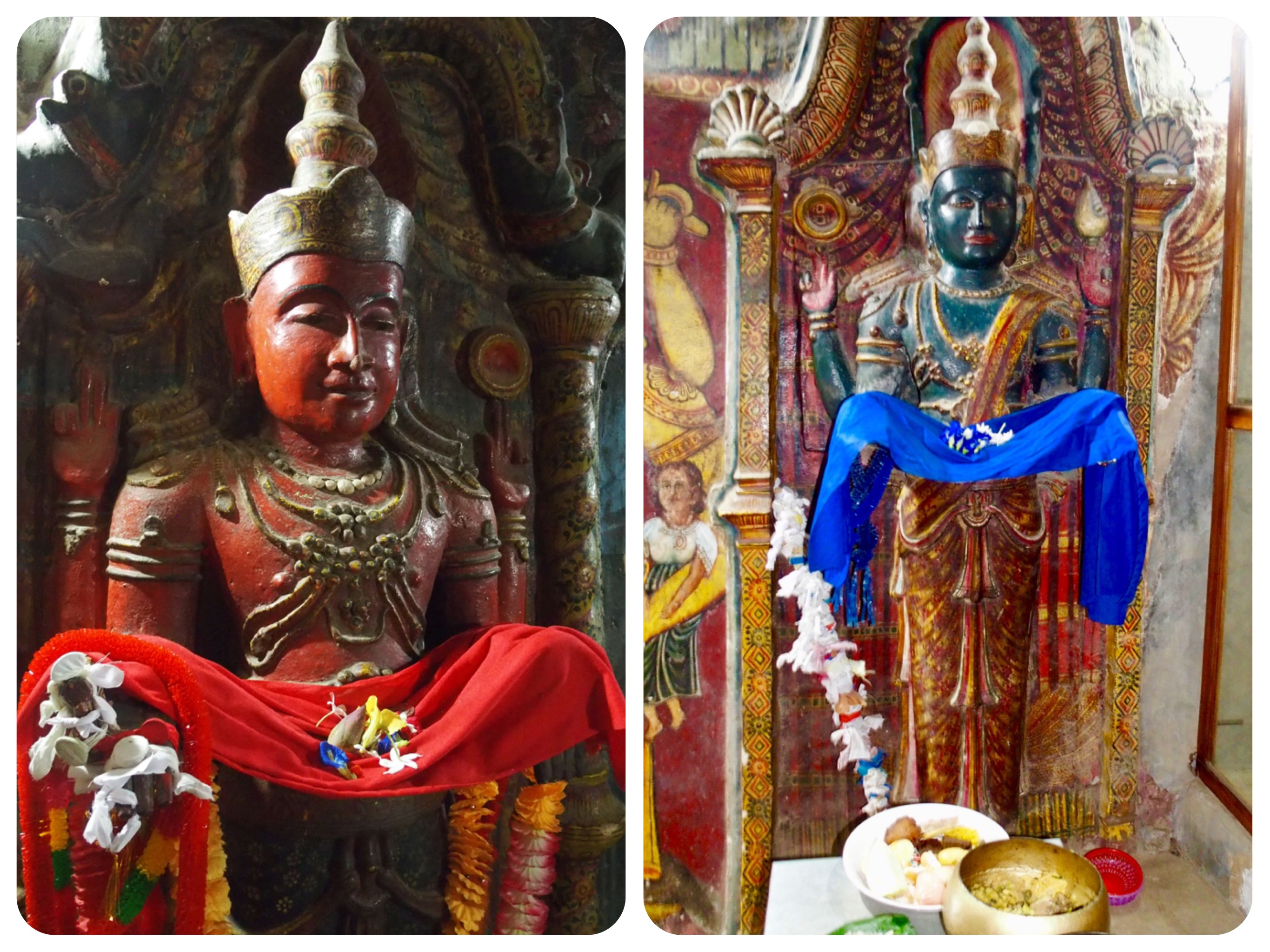 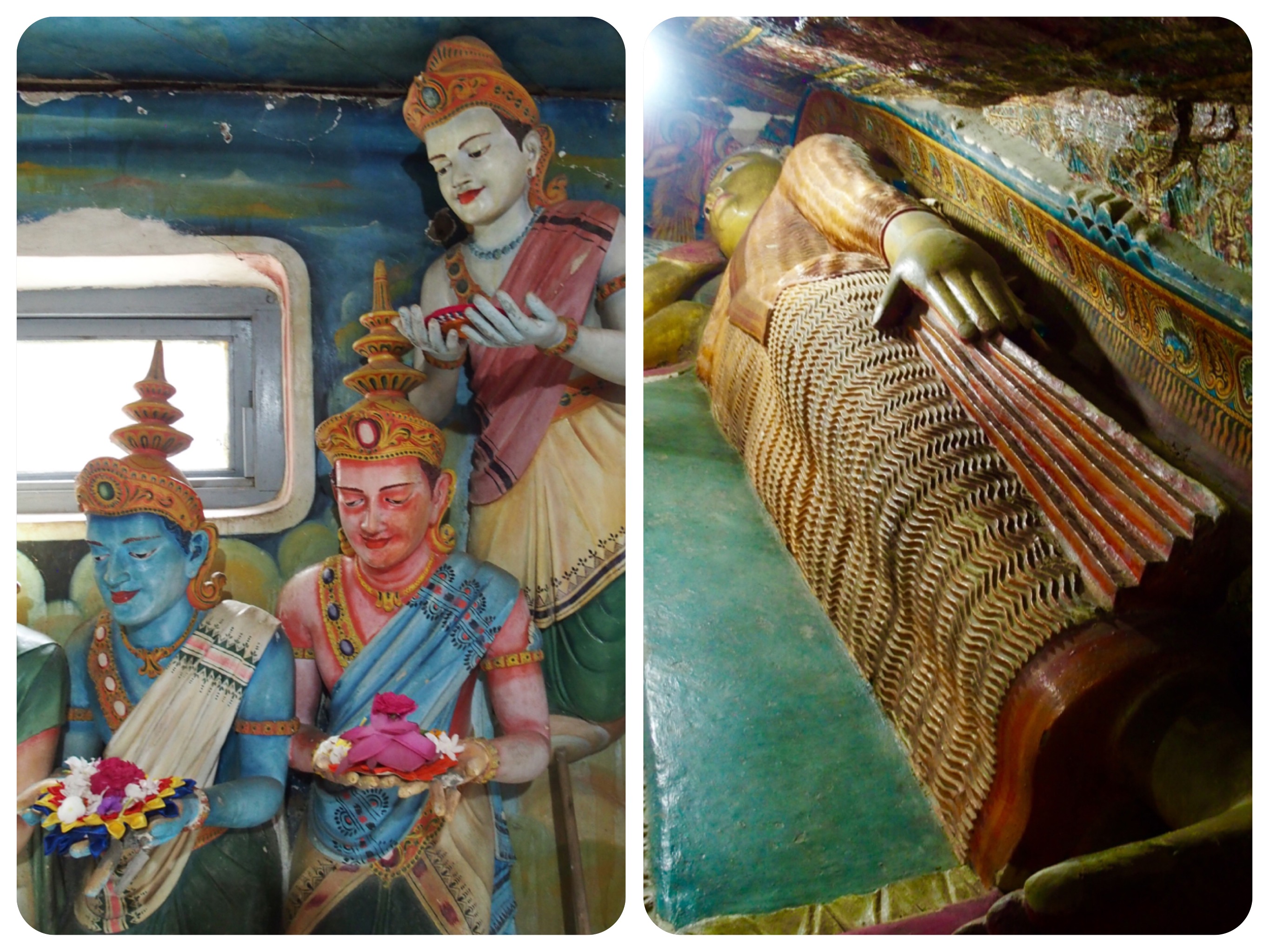 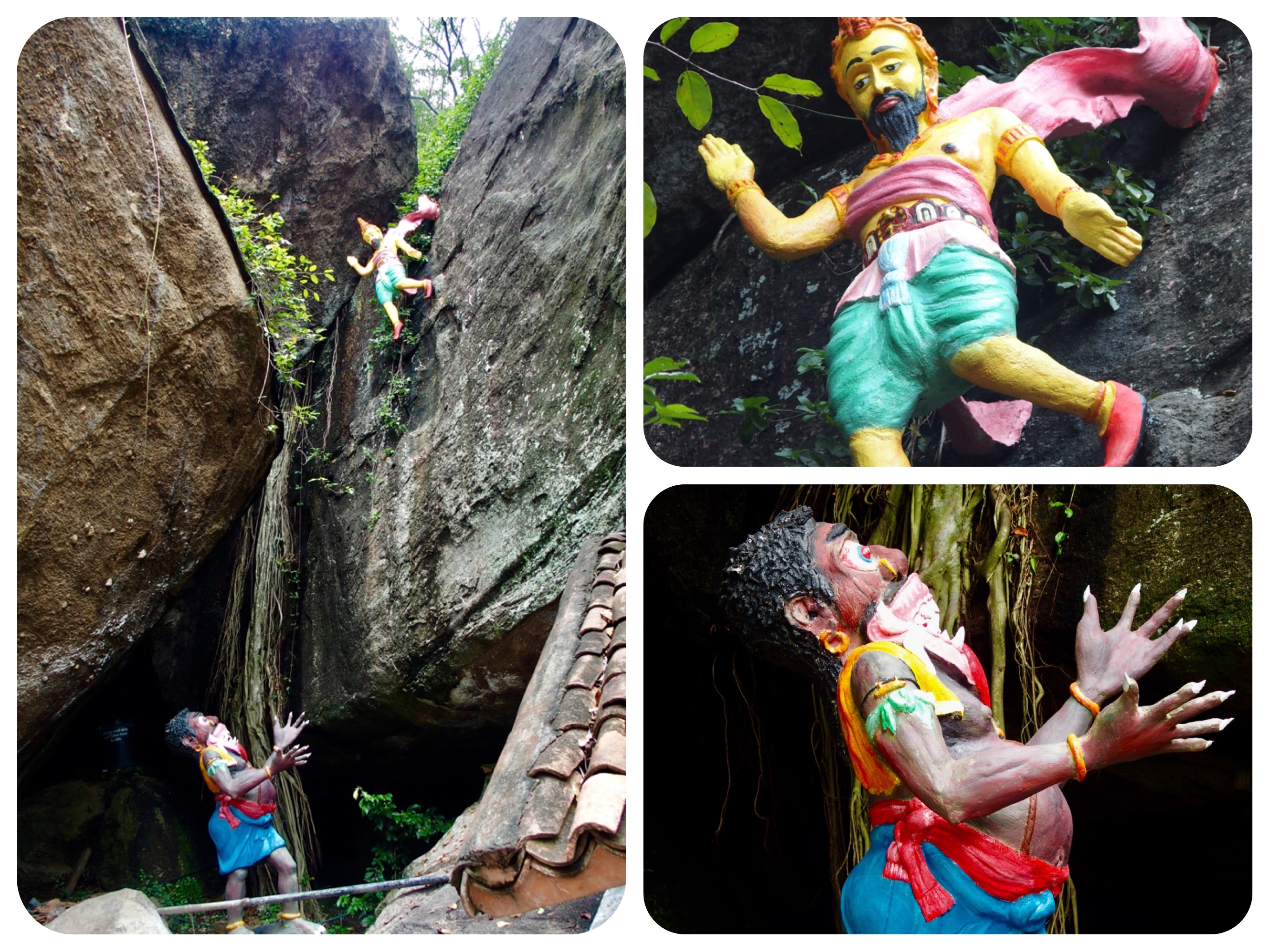 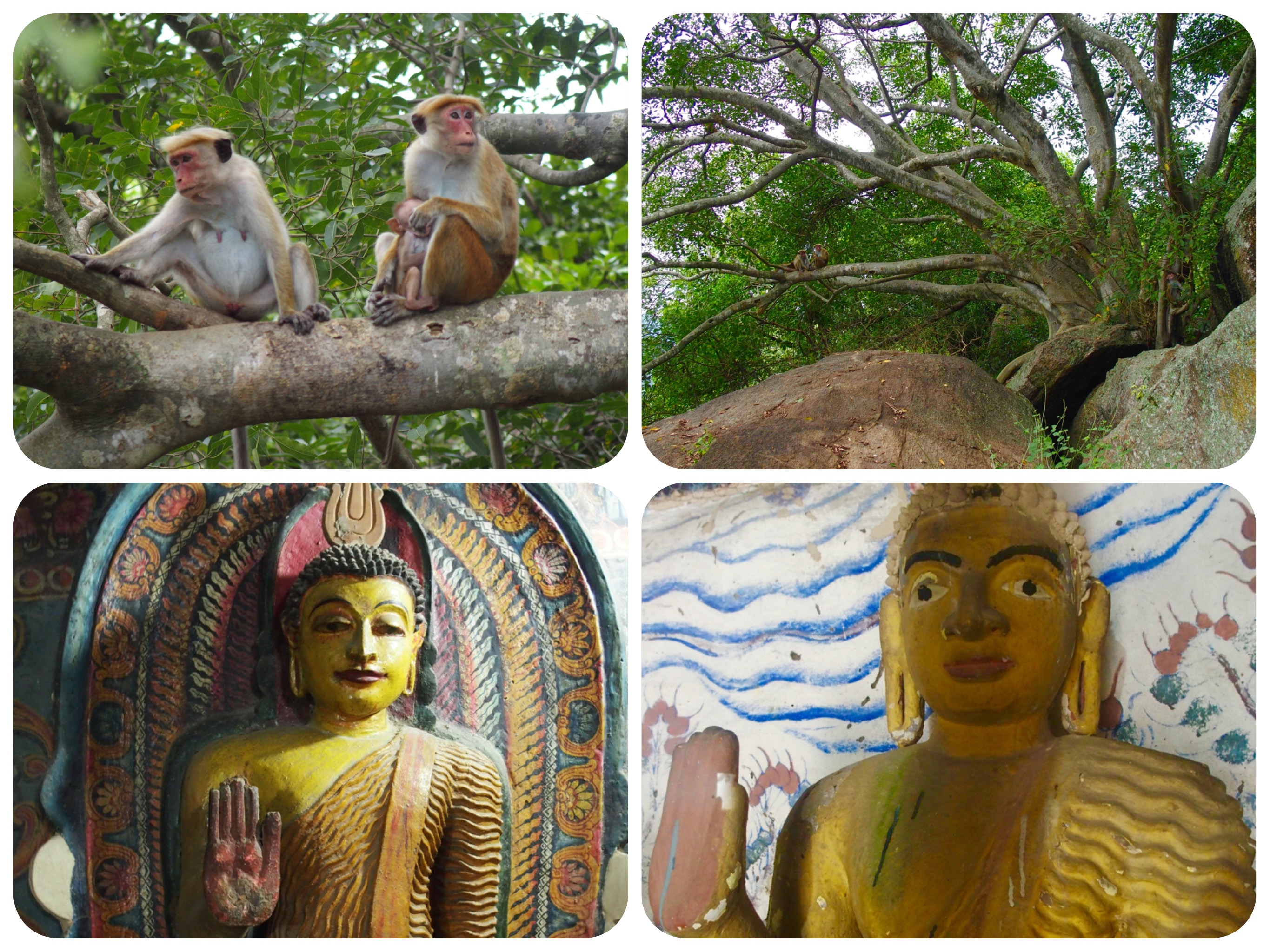 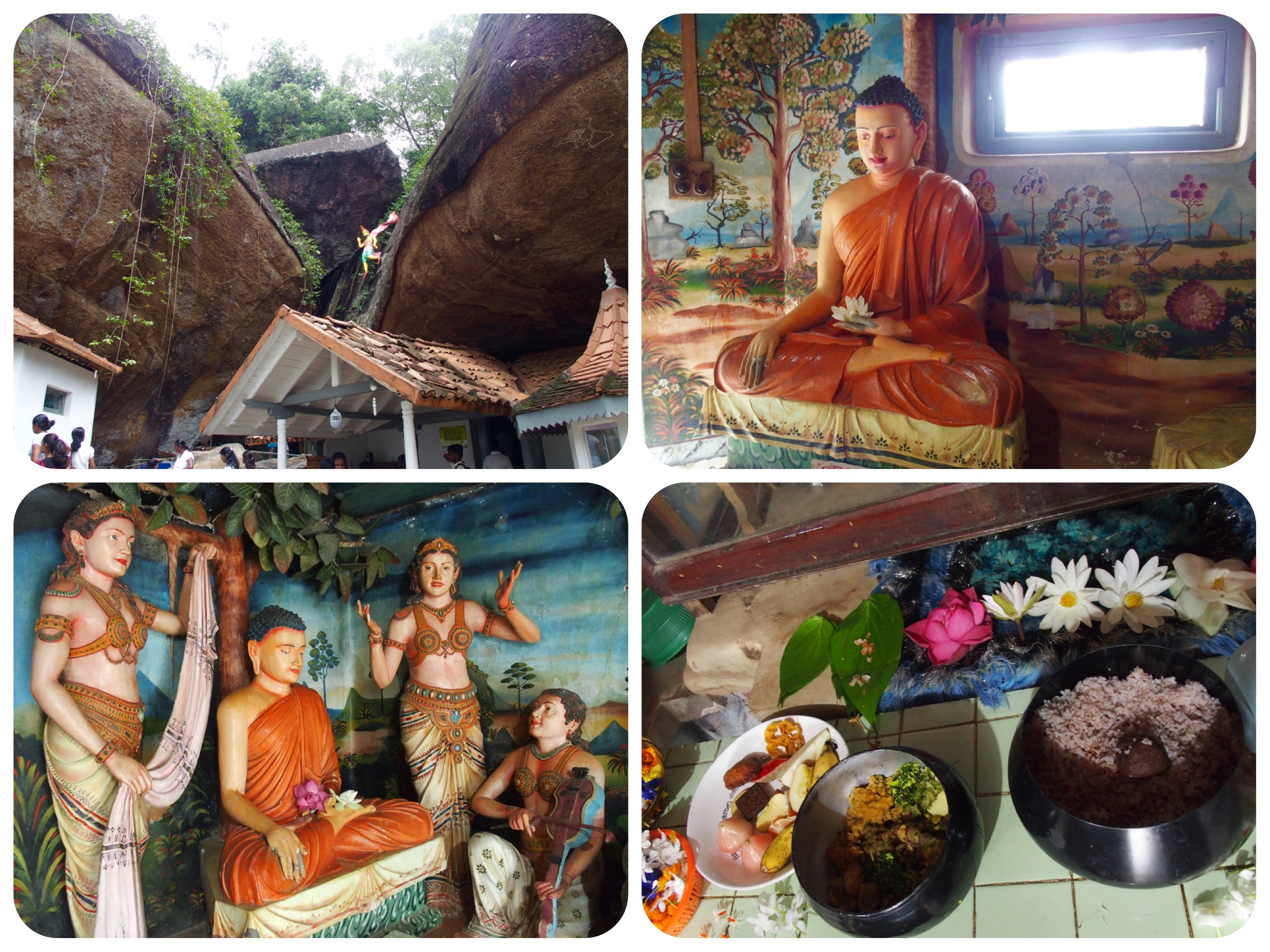 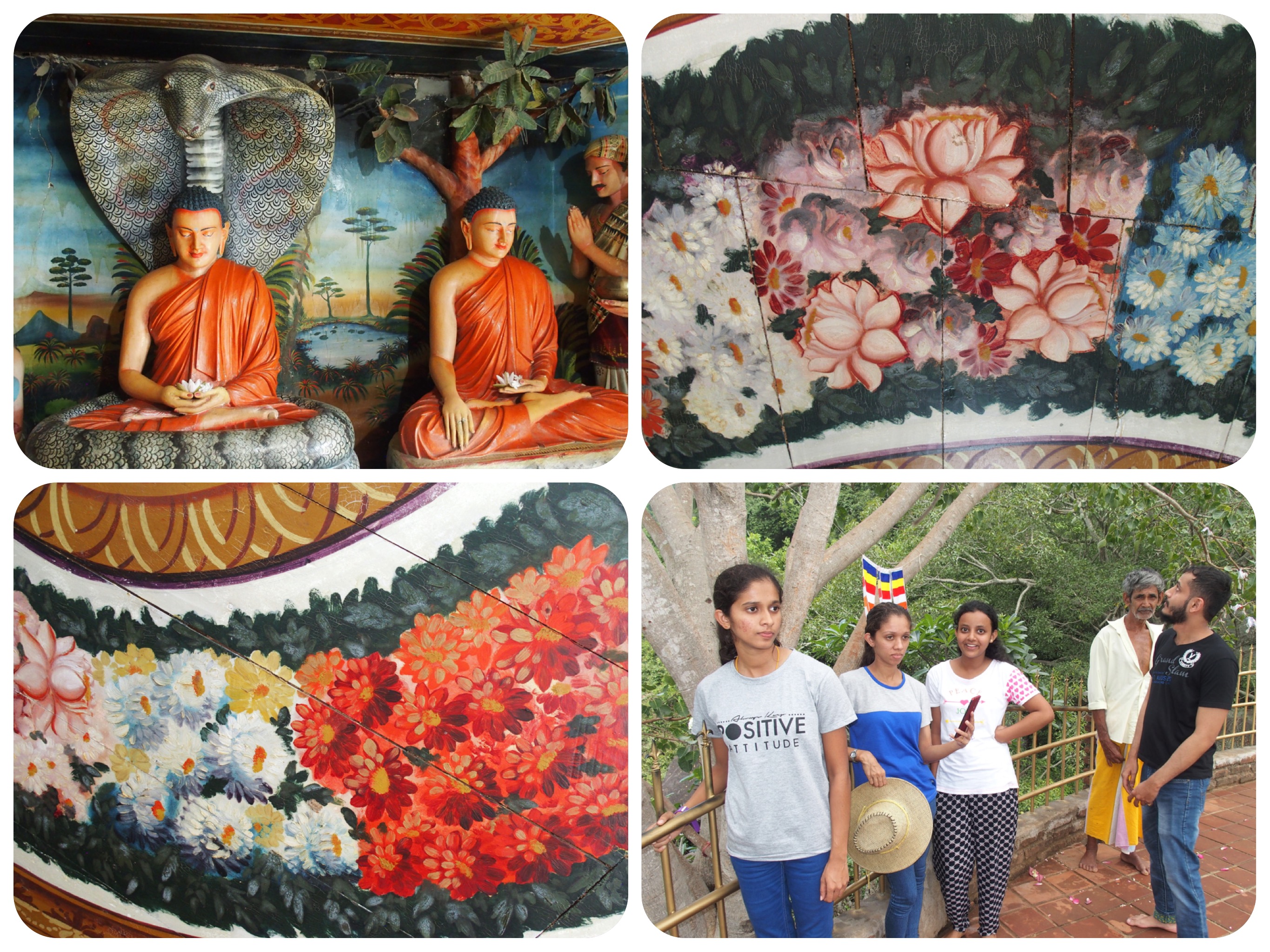 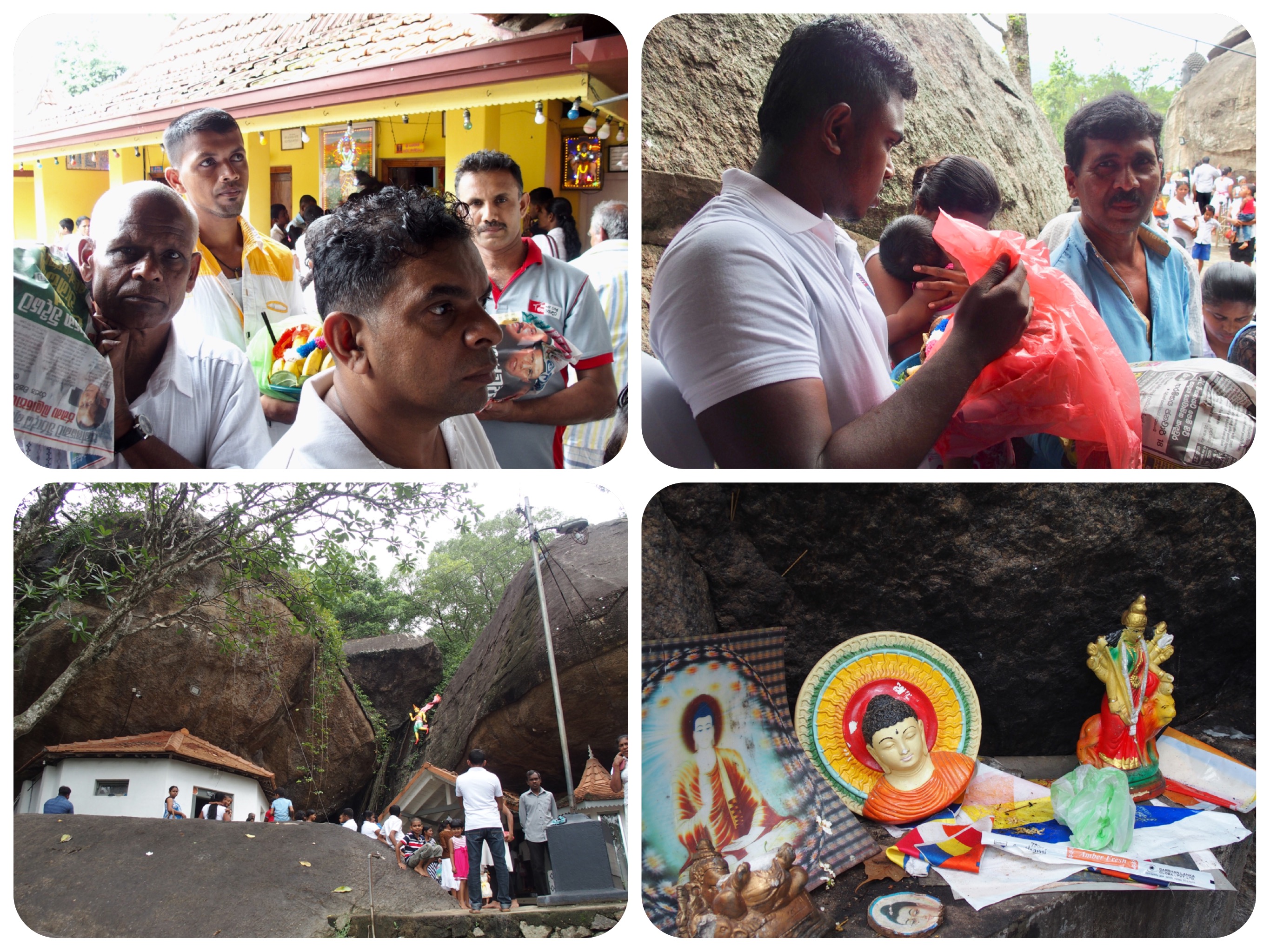 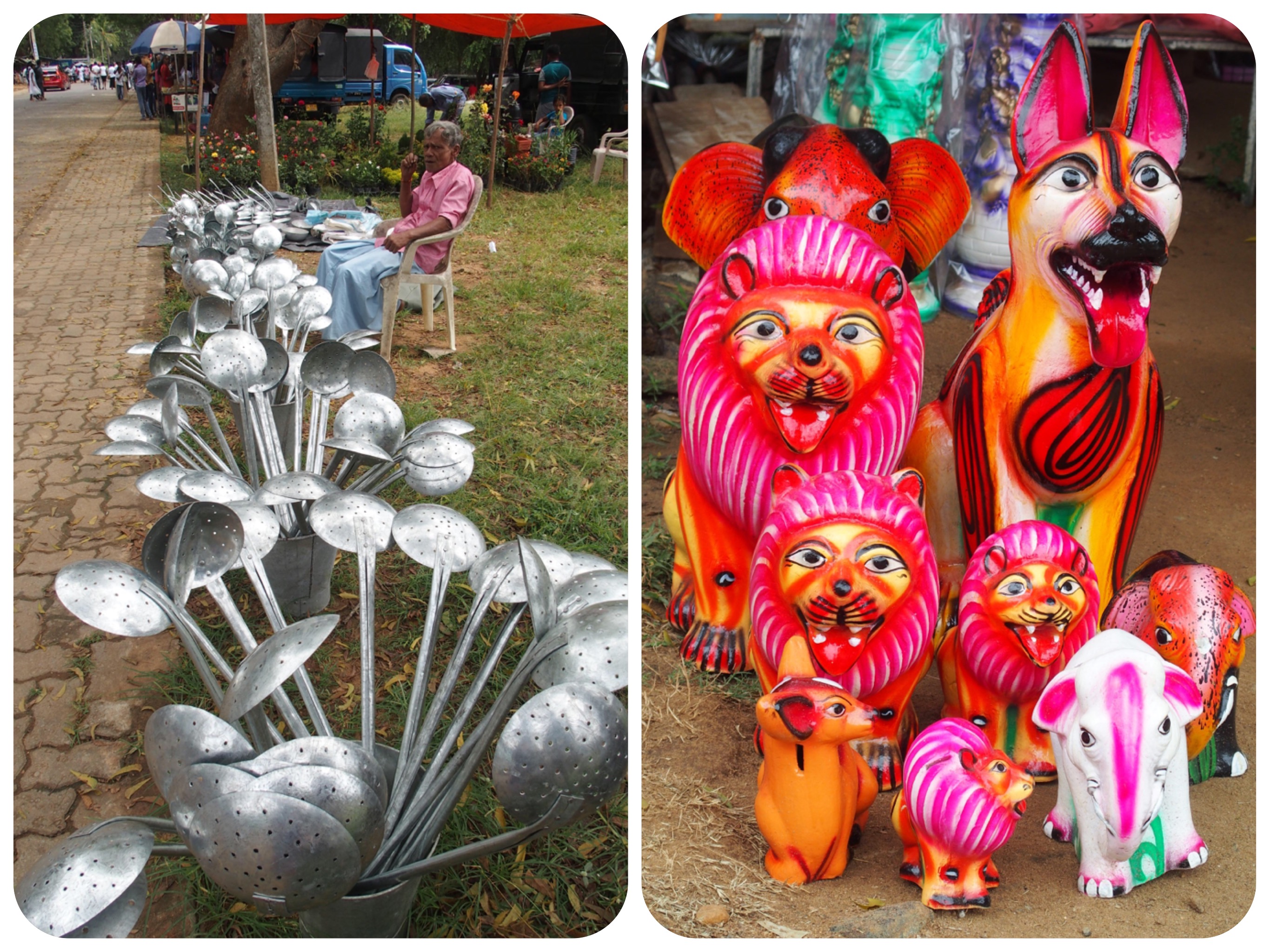 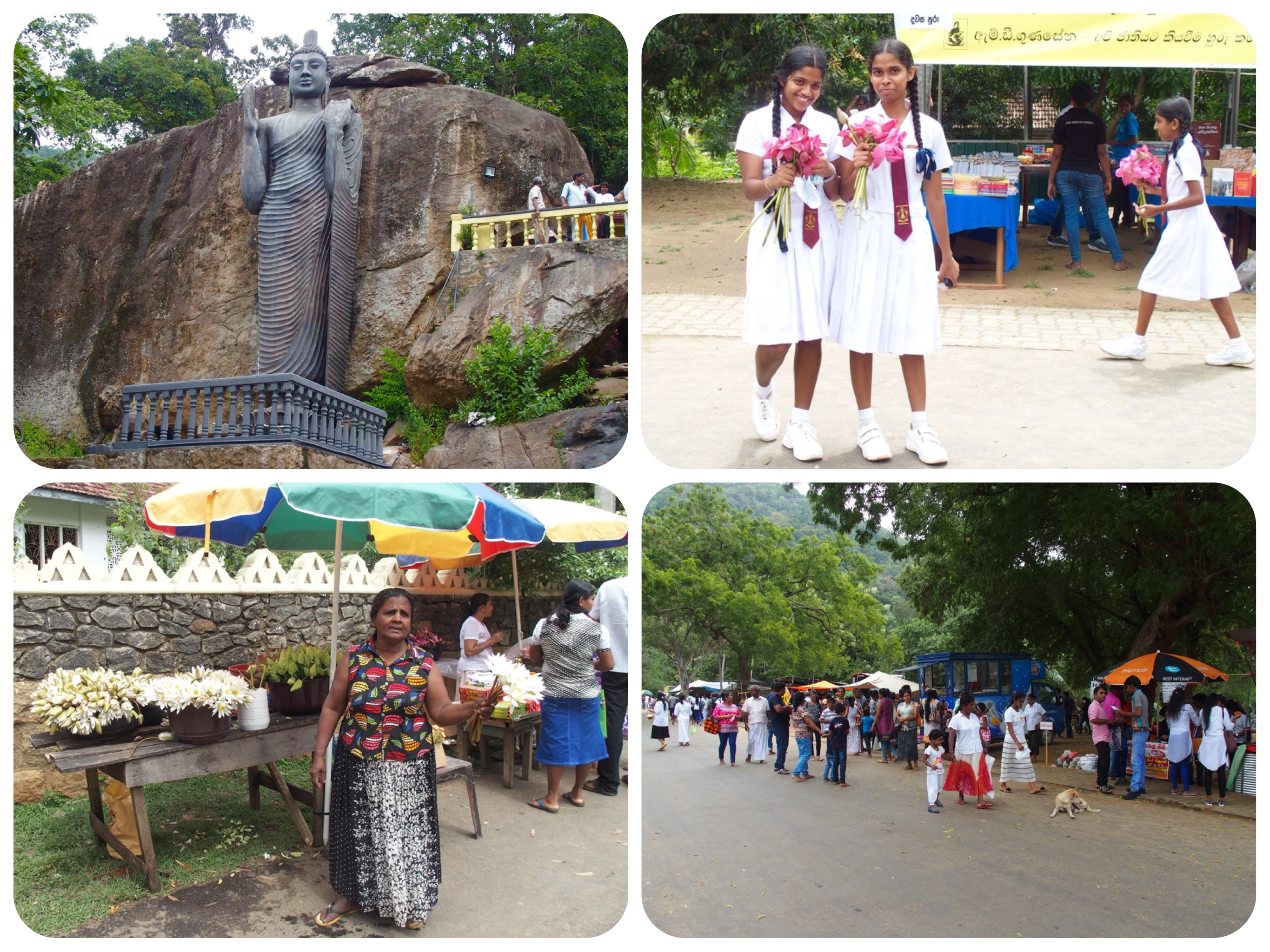 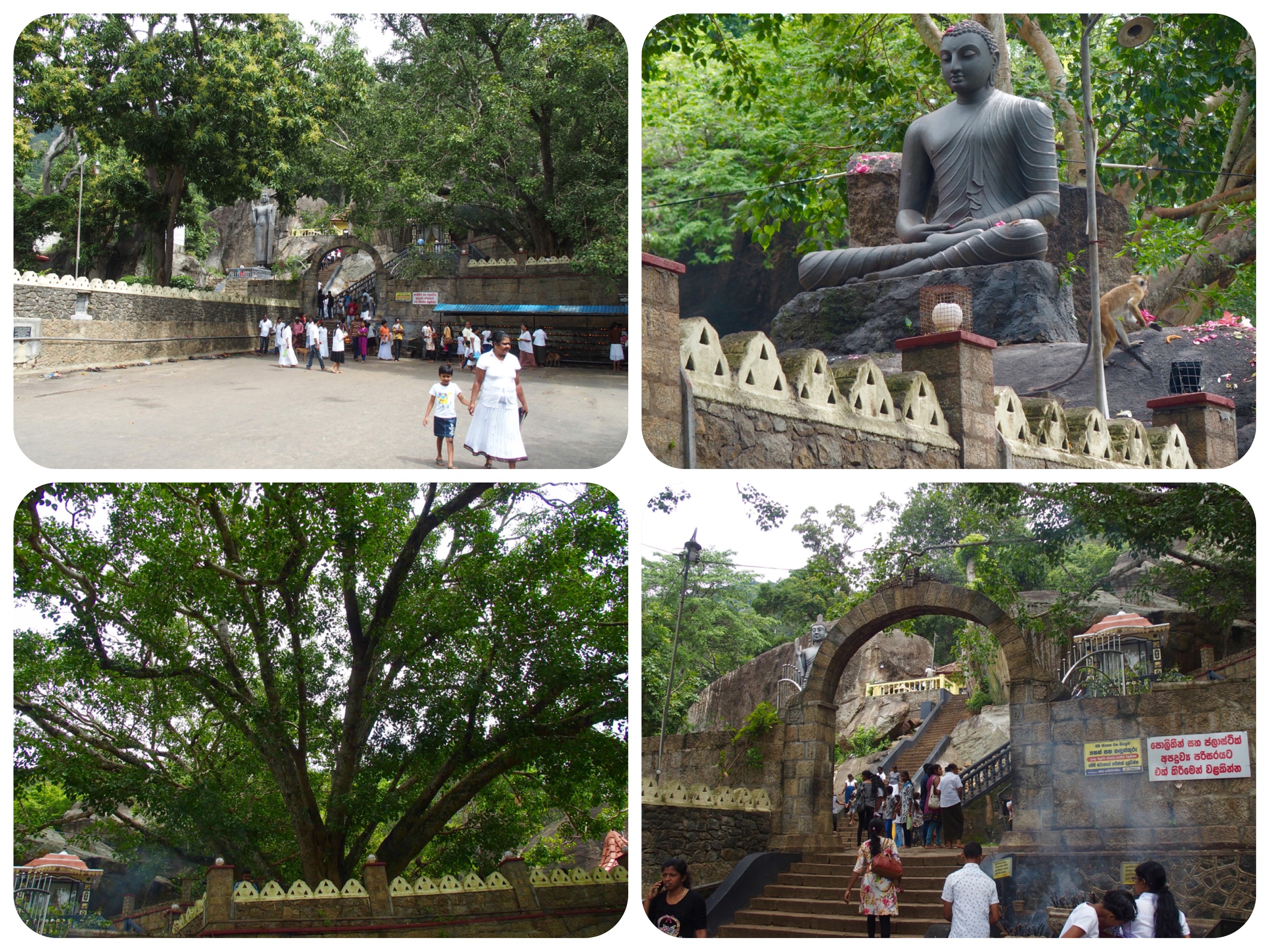 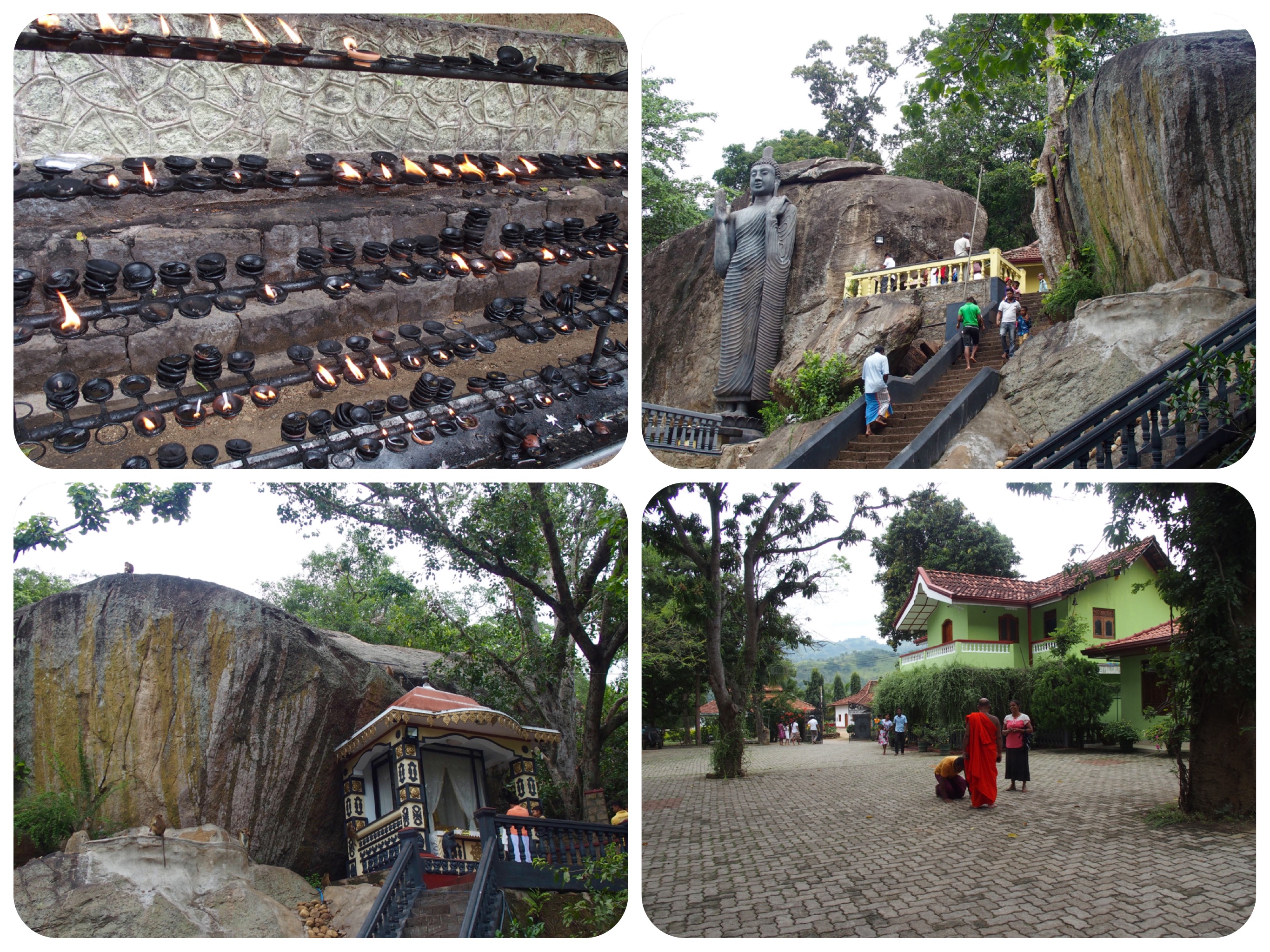 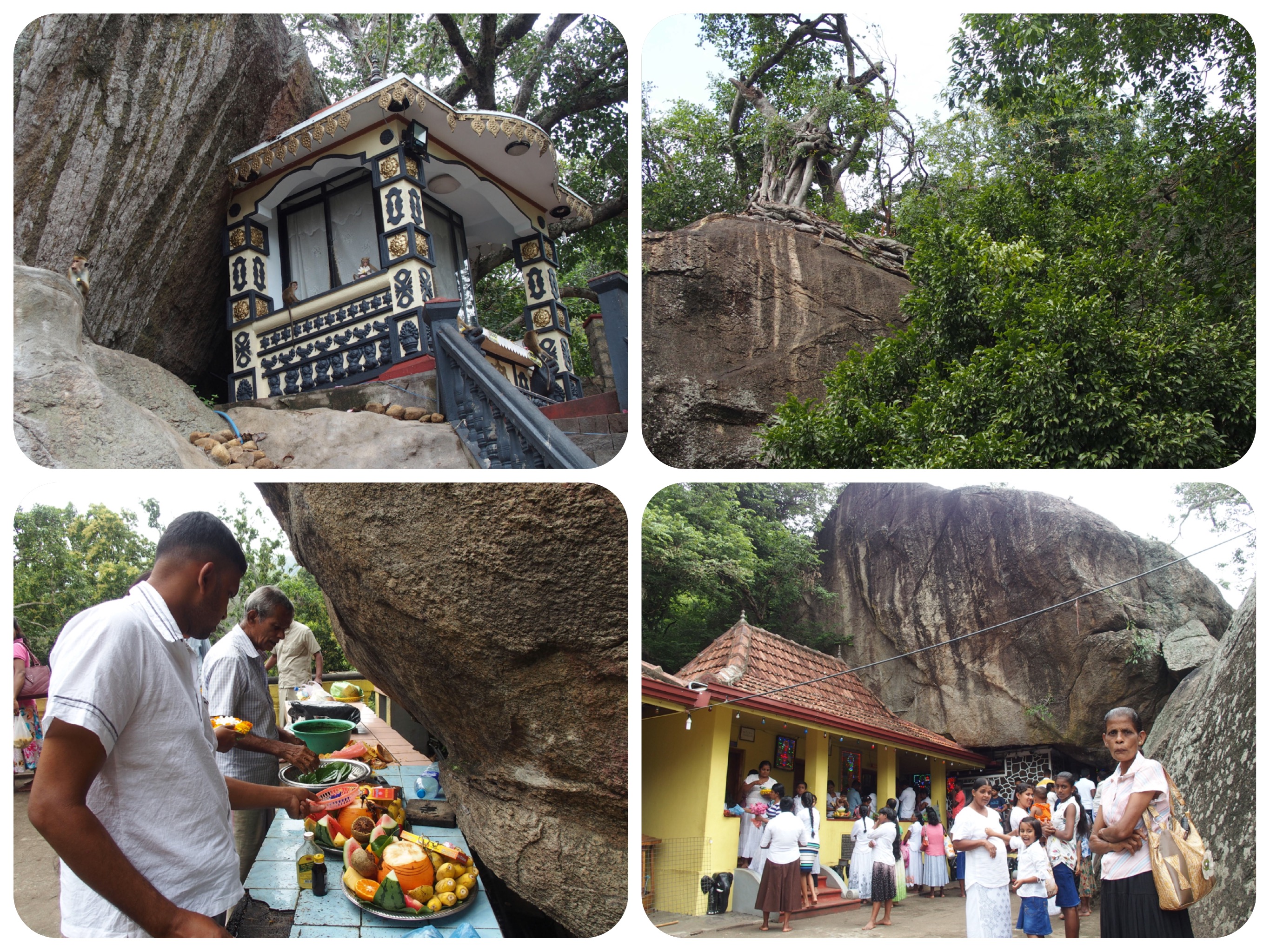 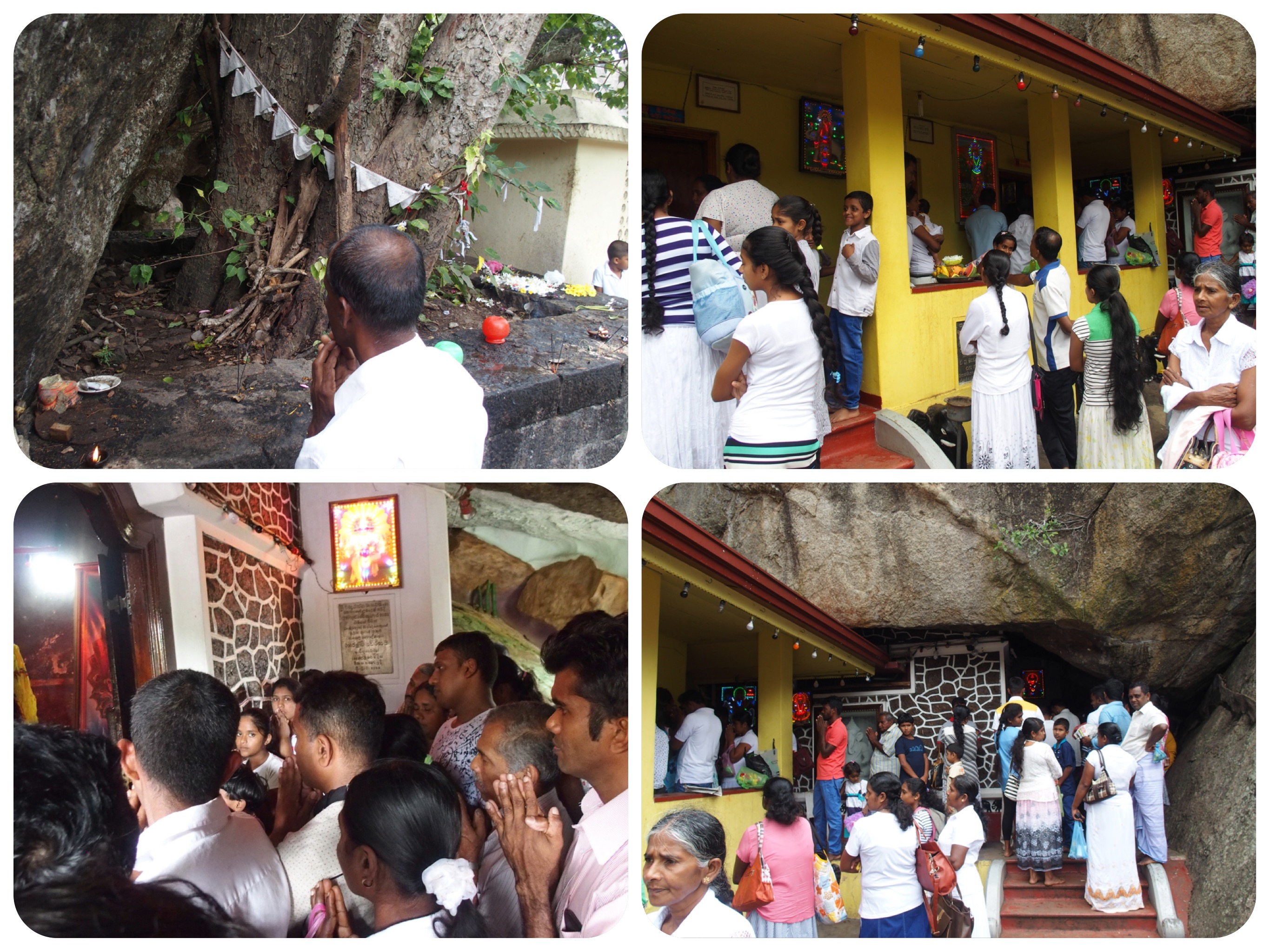 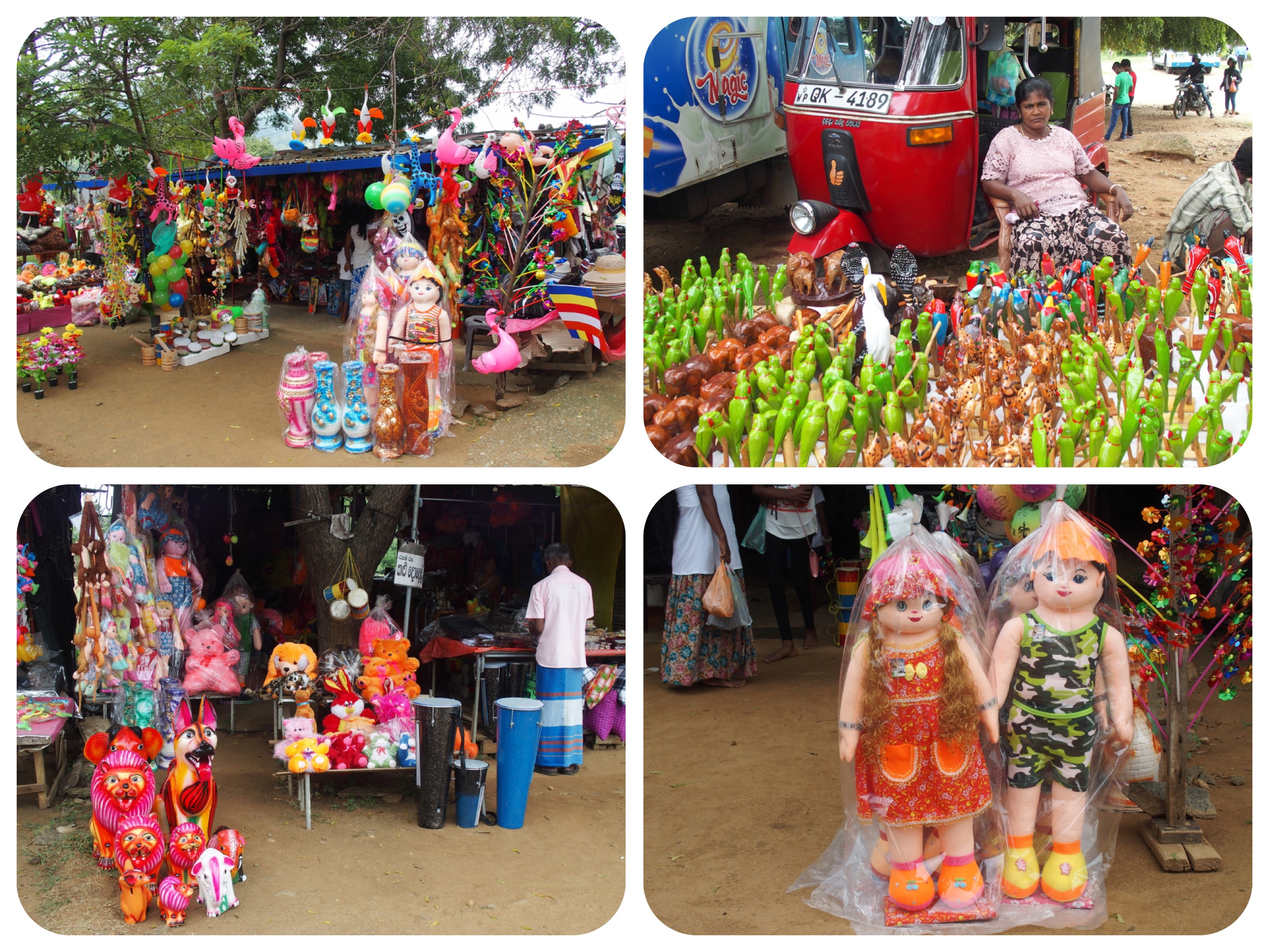 Sankhapala Raja Maha Buddhist Cave Temple in Sri Lanka, and a Jataka Tale About a Parrot Who Told the Truth

Sankhapala Raja Maha Temple is located just north of the village of Embilipitiya, on the Pelmadulla – Embilipitiya Highway.

This year, January 31st was a major Buddhist holiday in Sri Lanka.
It is called a “Full Moon Poya Day.”
Poya means fasting, but the celebration is done by visiting Buddhist temples, making donations and offerings, and receiving blessings.

Most businesses around the whole island are closed on Full Moon Poya days.
Each Full Moon Poya Day commemorates the first time the Buddha arrived in Sri Lanka.
On this Full Moon Poya day, we visited three amazing temples.
Each temple was so unique and so inspiring, that we walked around with our jaws open with amazement.

I was happy we visited on a Poya holiday, as we got to see many people at each temple, and we had an opportunity to participate in the ritual blessings taking place.

We took many photos of the cave temples, the ancient Bodhi trees, the people visiting the temples, and the stunning art, with narrative wall paintings dating back hundreds of years.

I will try to describe the a little bit about I each temple, in three different posts.

Sankapali Temple is located just north of Embilipitiya.
The temple’s full name is Sankhapala Raja Maha Viharaya.
It is a cave temple, built into the rocky mountainside.

It is an ancient temple, with cave inscriptions dating back to 161-131 BC.
Since then, many saintly monks have spent time in peaceful meditation in one of the 14 caves of various sizes that are scattered around the Rajamaha Viharaya mountain.

When we arrived, the road leading to the temple complex was lined with sellers, whose stalls offered food, drinks, ice cream, toys, kitchenware, incense and fruit and flowers for temple offerings.

By the gate to the temple sat a line of beggars, looking for alms.
Some of them were without legs or with twisted arms, one had elephantiasis, and a few sat in rustic wheel chairs with hands outstretched.

We deposited money in each of their hands, and walked up the stone stairs to the first few caves.
A large Buddha sculpture stood against the rocks.

At the first platform, there were a few small caves, which were choked with people holding fruit plates and fruit baskets, as well as rice and food to offer at the shrines.

Two other caves had some Buddha sculptures and wall paintings, as well as many people sitting on the floor praying.

Like every visitor to the temple on the Poya day, we were asked to make a donation and to give our names.
Moments later, they announced on the loudspeakers that Jules and Tali from America had made a donation.
These announcements on the speakers went on all day long, announcing the names of the visitors who had just donated to the temple.

Some of the caves had old sculptures of a reclining Buddha as well as a seated and standing Buddha.
There were beautiful flower paintings on the ceiling, and life-sized sculptures of a Bodhisattva jumping into the mouth of a demon.

A resident monk told us that this scene depicts a past incarnation of the Buddha, in which He incarnated as a Bodhisattva of compassion and willingly jumped into the harsh world (represented by the demon) to help others advance along their spiritual paths.

At the top of the mountain was a stupa surrounded by many wild monkeys and parrots.

It reminded me of a famous Jataka tale with a moral about how the “truth” in the relative world can get one into trouble.
This is because the relative truth is only a personal perspective, held in the projecting mind of the individual, and filtered by how she wants to see and experience reality.

The concept of time, as well as everything else that seems real in the world of duality, are all part of the dream illusion that only SEEMS real to us, but everything that is NOT eternal is NOT real.

Once upon a time, when Brahmadatta was the king of Benares, a Bodhisatta came into the world as a young parrot.

His name was Radha, and his youngest brother was named Potthapada.

While they were still quite young, both of them were caught by a fowler and handed over to a Brahmin in Benares.

The Brahmin cared for them as if they were his own children.
But the Brahmin’s wife was a wicked woman.
There was no one watching her.

One day the Brahmin had to go away on business, and he addressed his young parrots thus: “Little dears, I am going away on business.
Please keep watch on your mother.
Observe whether or not any man visits her.”

So off he went, leaving his wife in charge of the young parrots.
As soon as he was gone, the woman began to do wrong.

Night and day the visitors came and went.
There was no end to them.
Potthapada, observing this, said to Radha, “Our master put this woman into our charge, and here she is doing wickedness. I will speak to her.”

“Don’t,” said Radha.
But Potthapada would not listen.
“Mother,” said he, “why do you commit sin?”

When she heard this, oh, how she longed to kill him!

But making as though she wanted to fondle him, she called him to her. “Little one, you are my son! I will never do it again! Here, come to me, dear.”

So he came out.
Then she seized him, crying, “What! You dare preach to me!
You don’t know your place!”

And she wrung his neck, and threw him into the oven.
When the Brahmin returned, he asked Radha the Bodhisatta, “Well, my dear, what about your mother?
Does she do wrong, or no?”

When Radha the Bodhisattva parrot did not answer, he asked the question again:
“I returned , my son, my journey is done, and now I am home again.
Come tell me, is your mother true?
Does she make love to other men?”

Radha answered, “Father dear,
The wise speak not of things which are not conducive of blessings,
Whether they are true or not,
Whether they have happened or not.

My brother, Potthapada, now lies dead,
Burnt up beneath the ashes in the oven,
For trying to speak the truth.

It is not wise the truth to tell, lest Potthapada’s fate I share.
The wise speaks only of eternal blessings, with a heart full of kindness.”

Thus did the Bodhisatta tell to the Brahmin.
And he went on: “This is no place for me to live in either.”
Then bidding the Brahmin farewell, he flew away into the woods.

← Kataragama – a Major Pilgrimage Town in Sri Lanka
Mulgirigala Raja Maha Vihara, an Amazing Cave Temple Complex, in Sri Lanka and A Jataka Story about how asking others for too much, can lead to hatred and loss →