The Bay Of Kotor, Montenegro 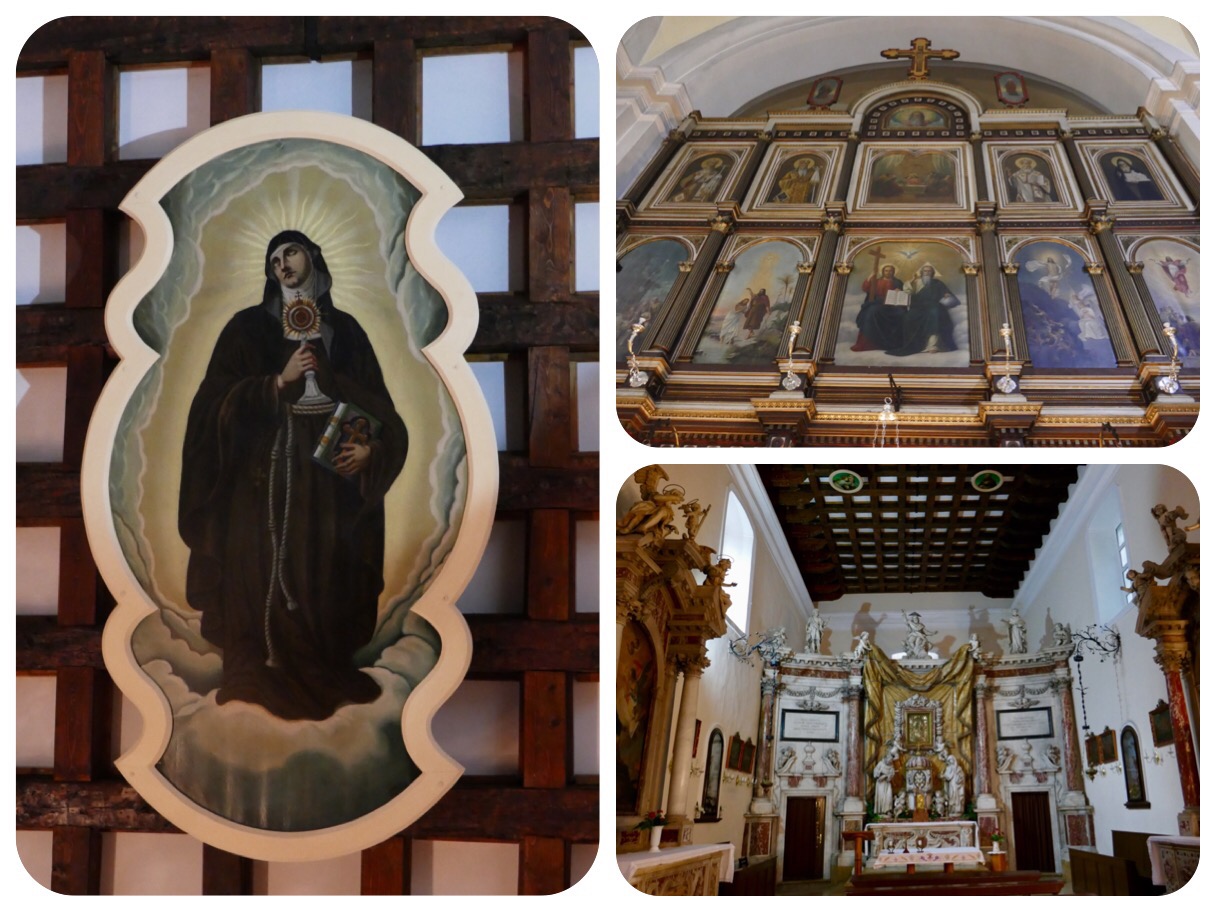 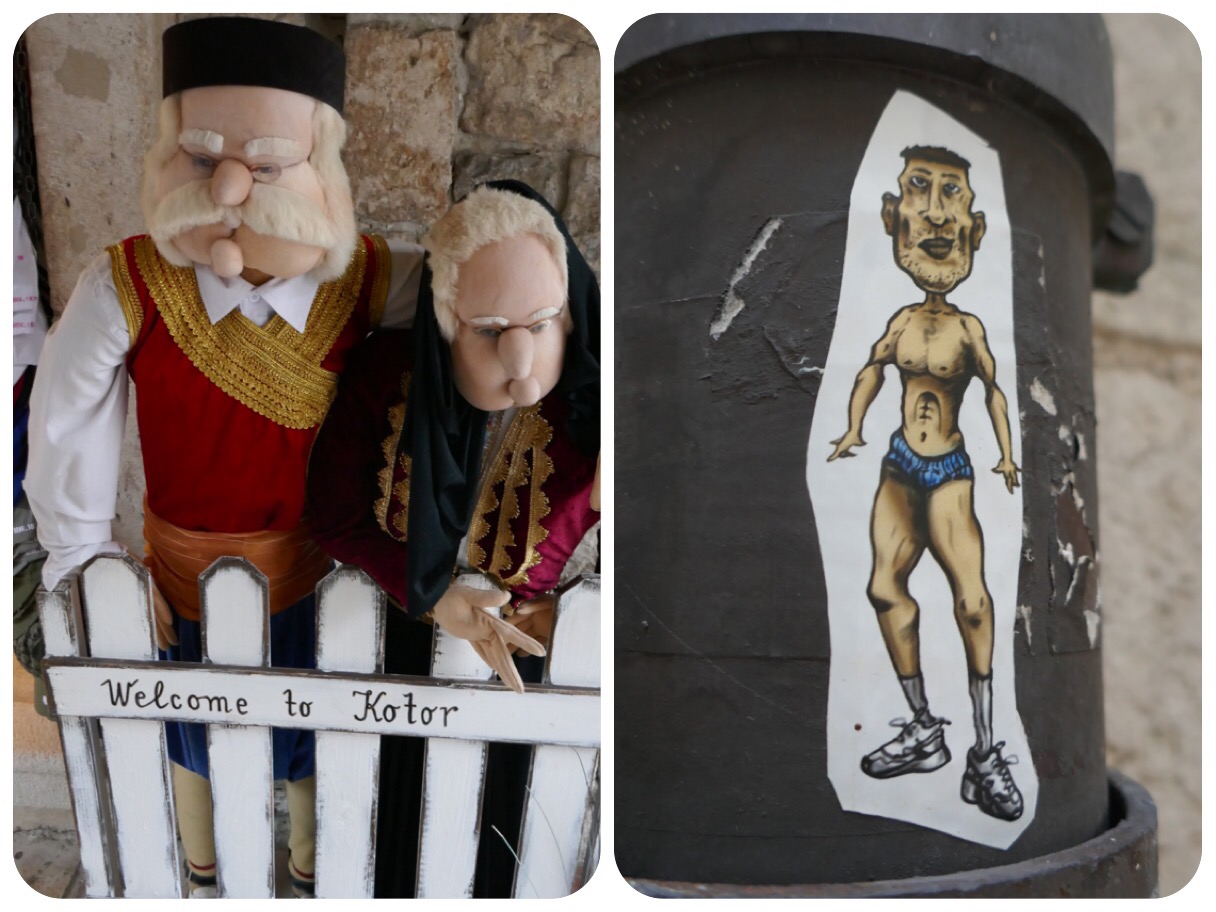 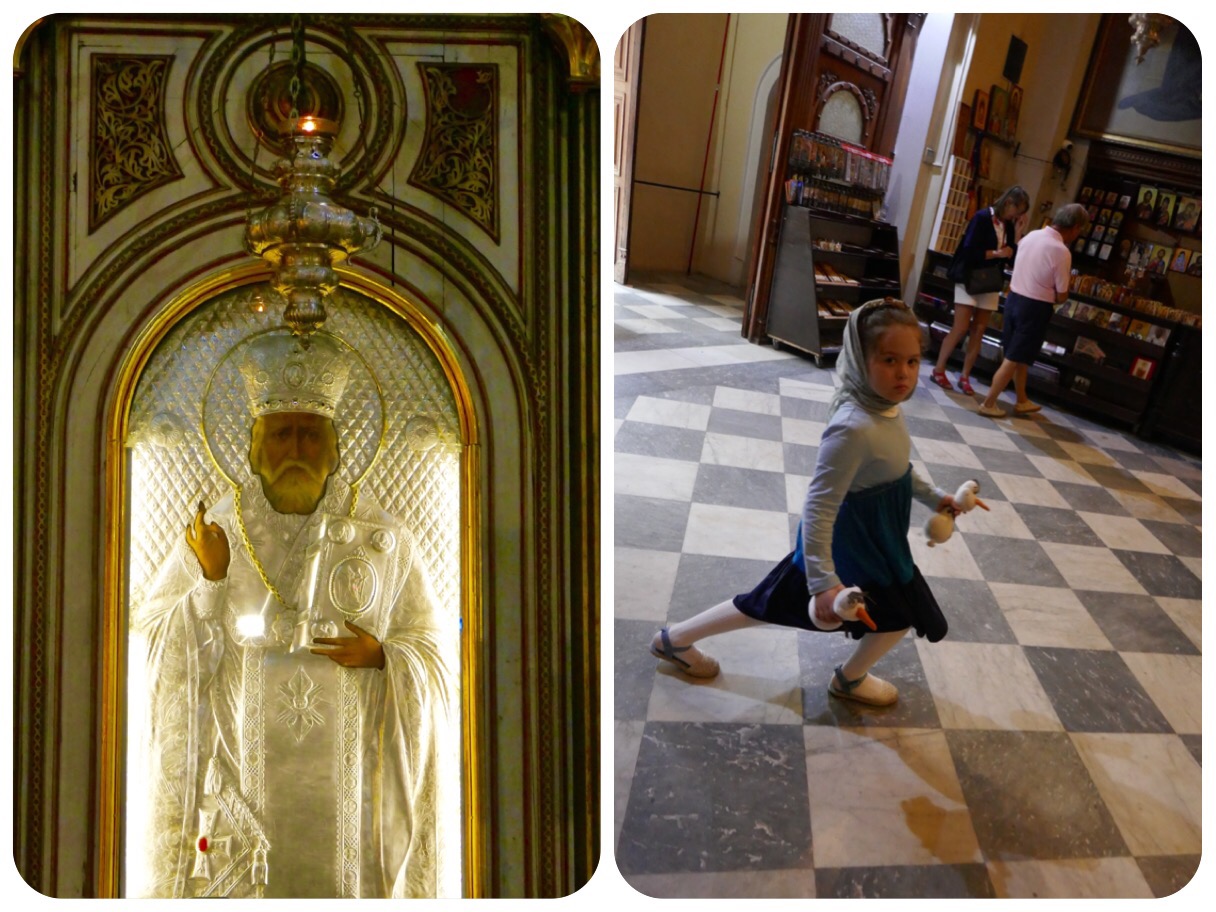 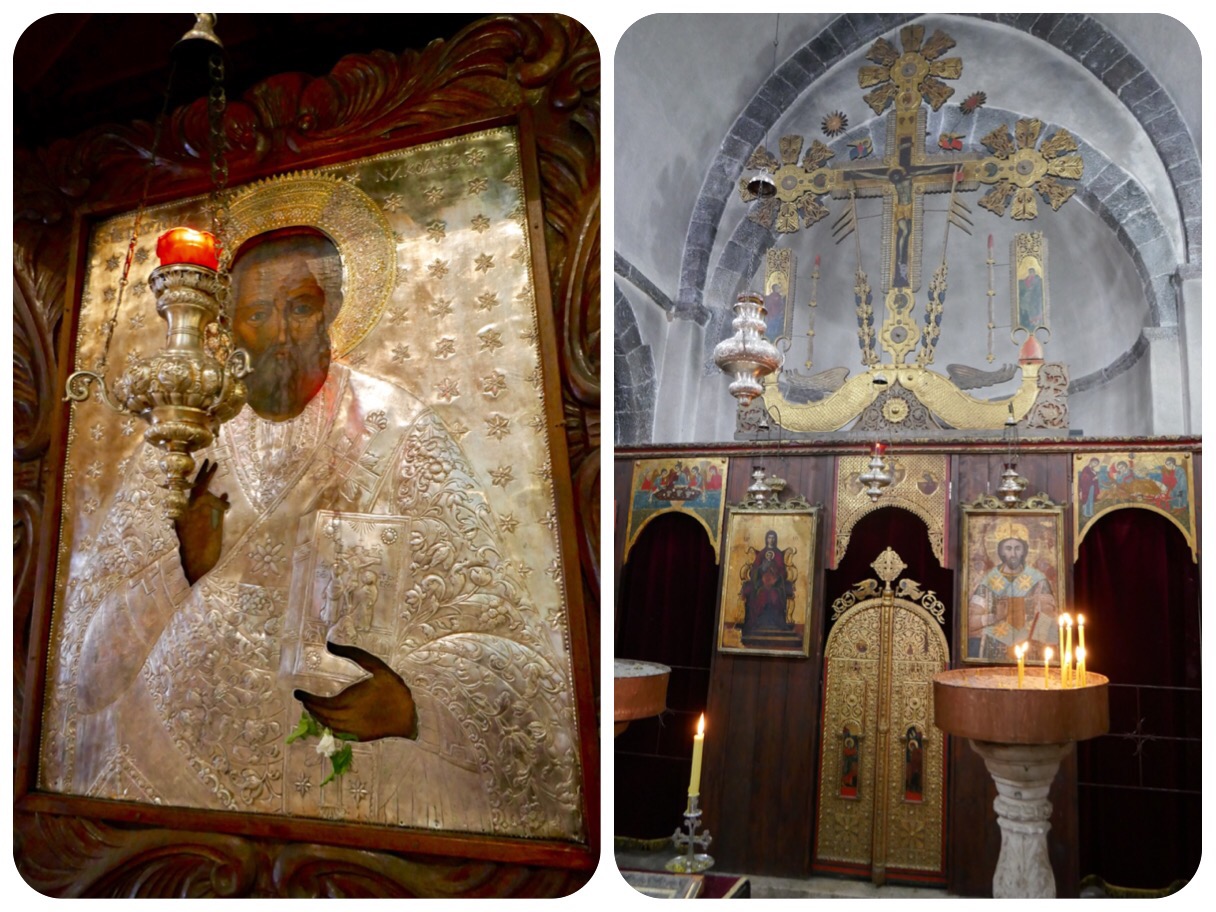 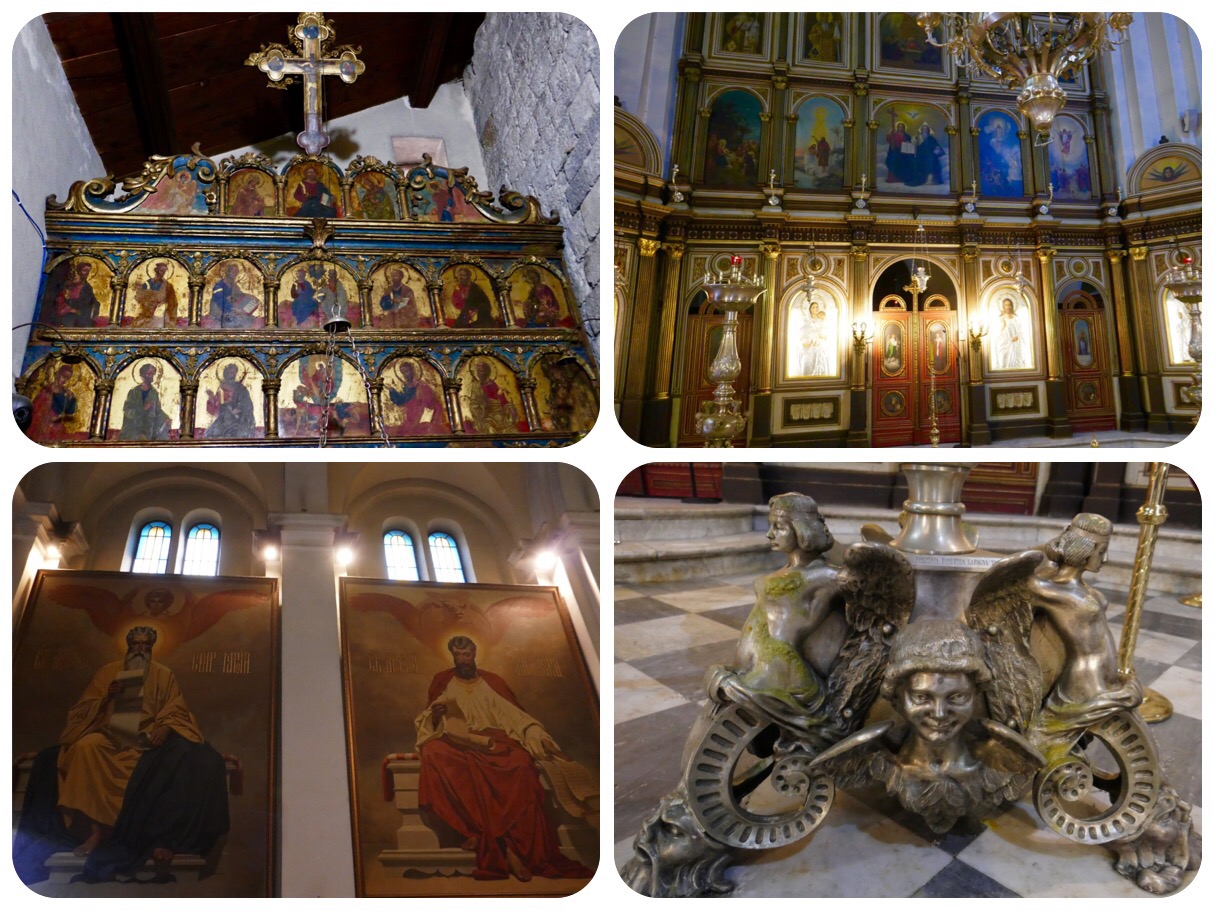 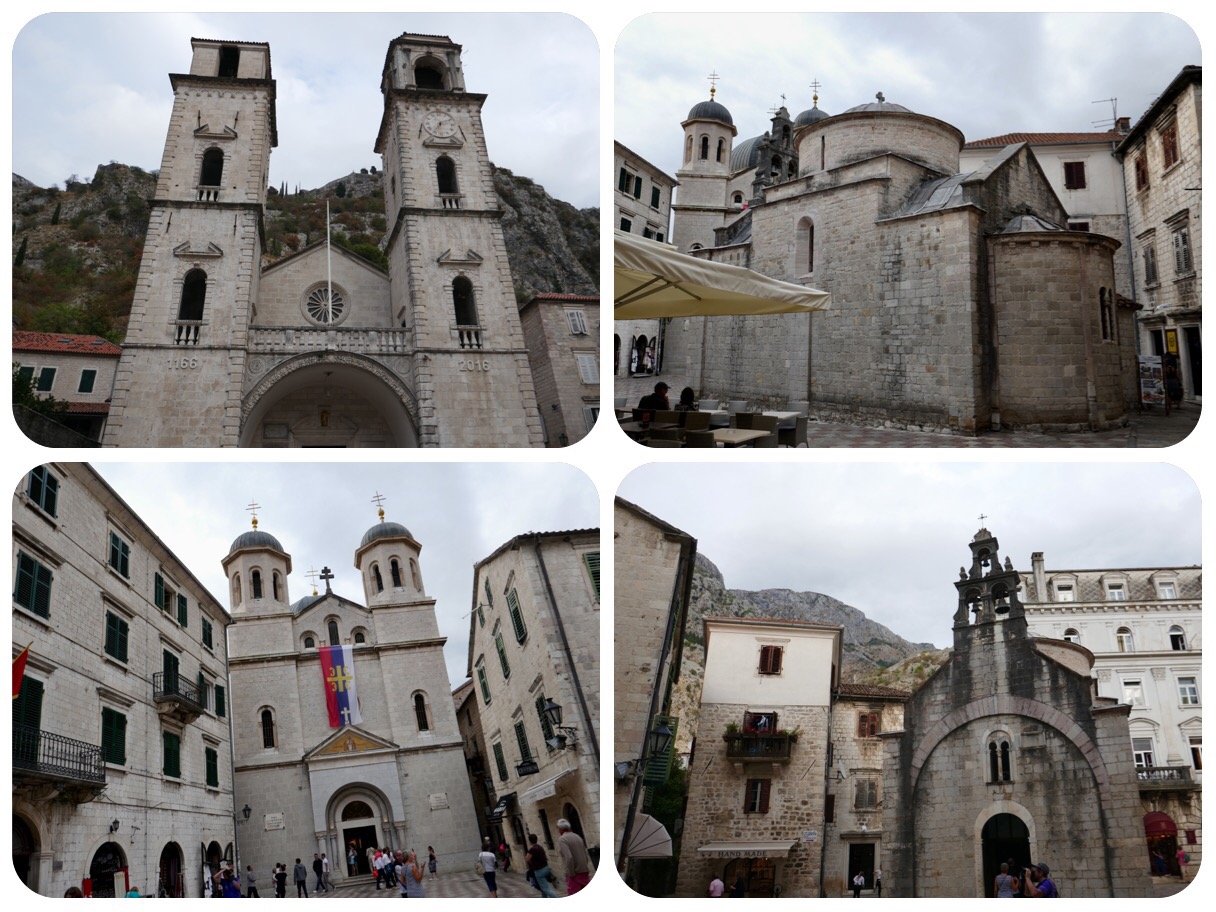 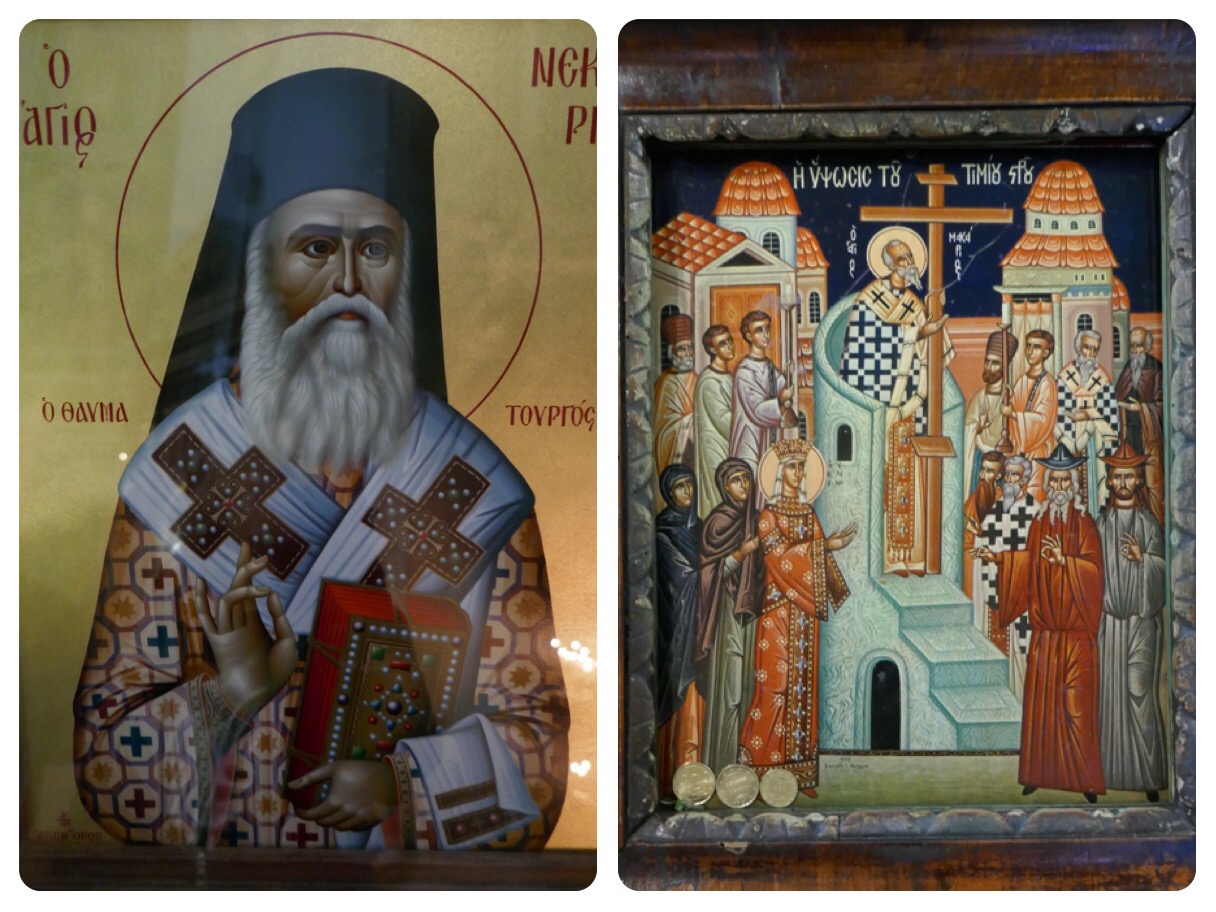 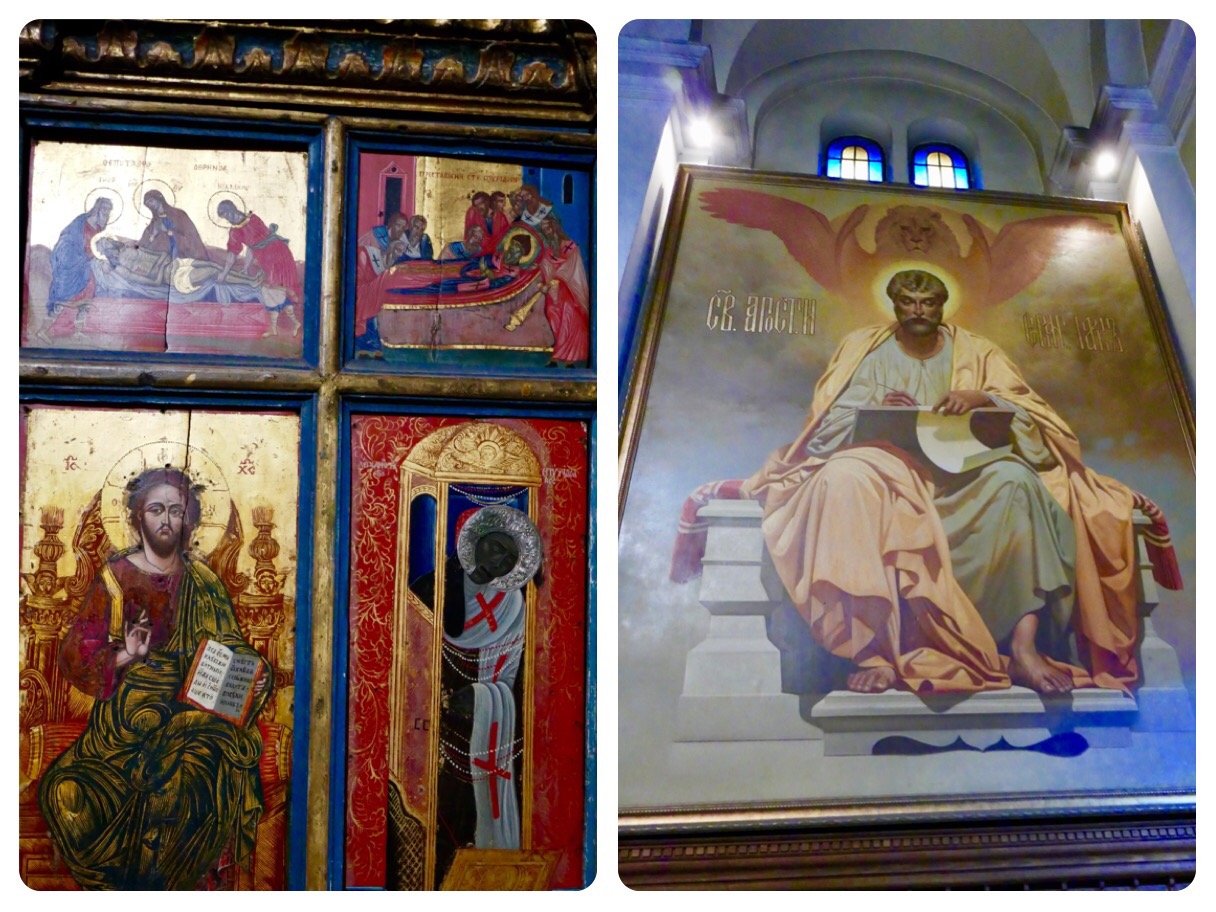 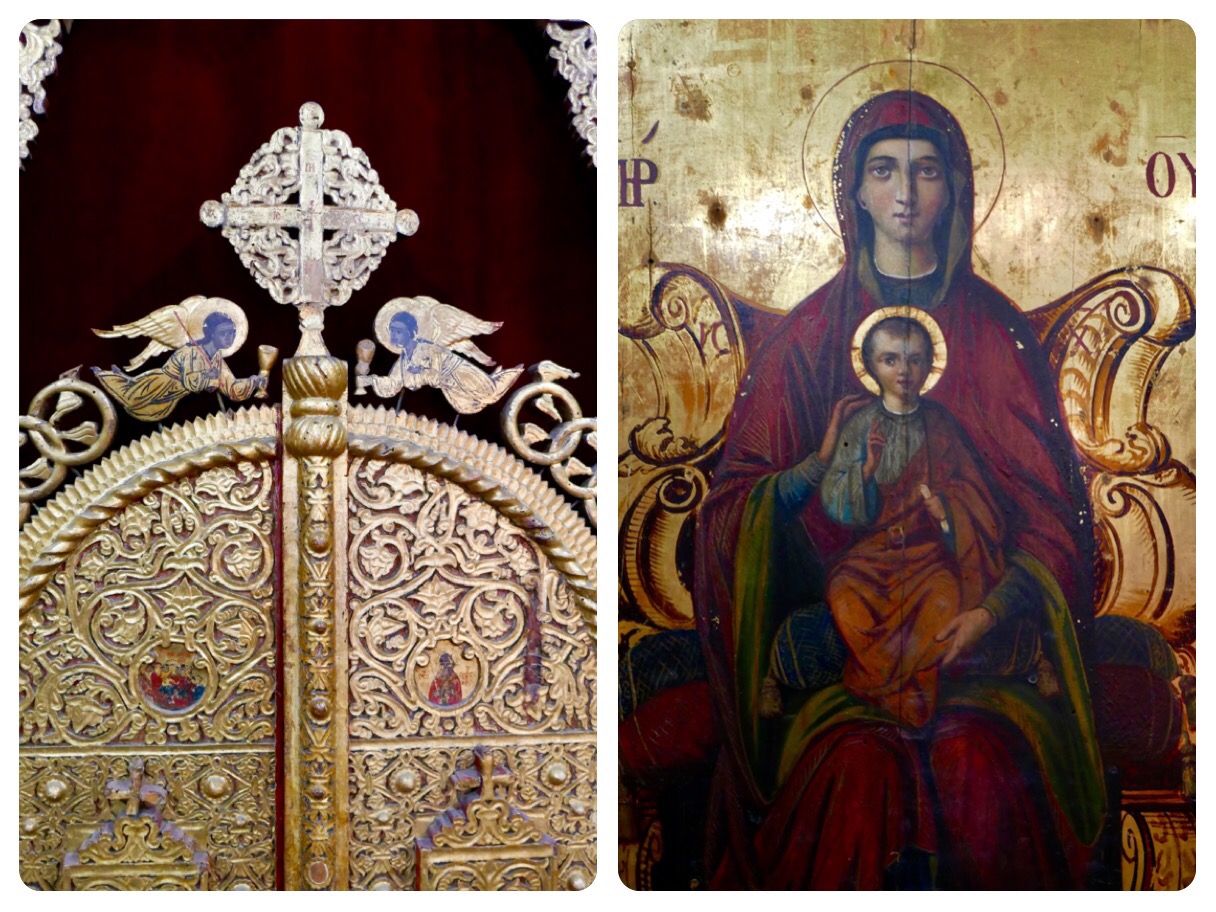 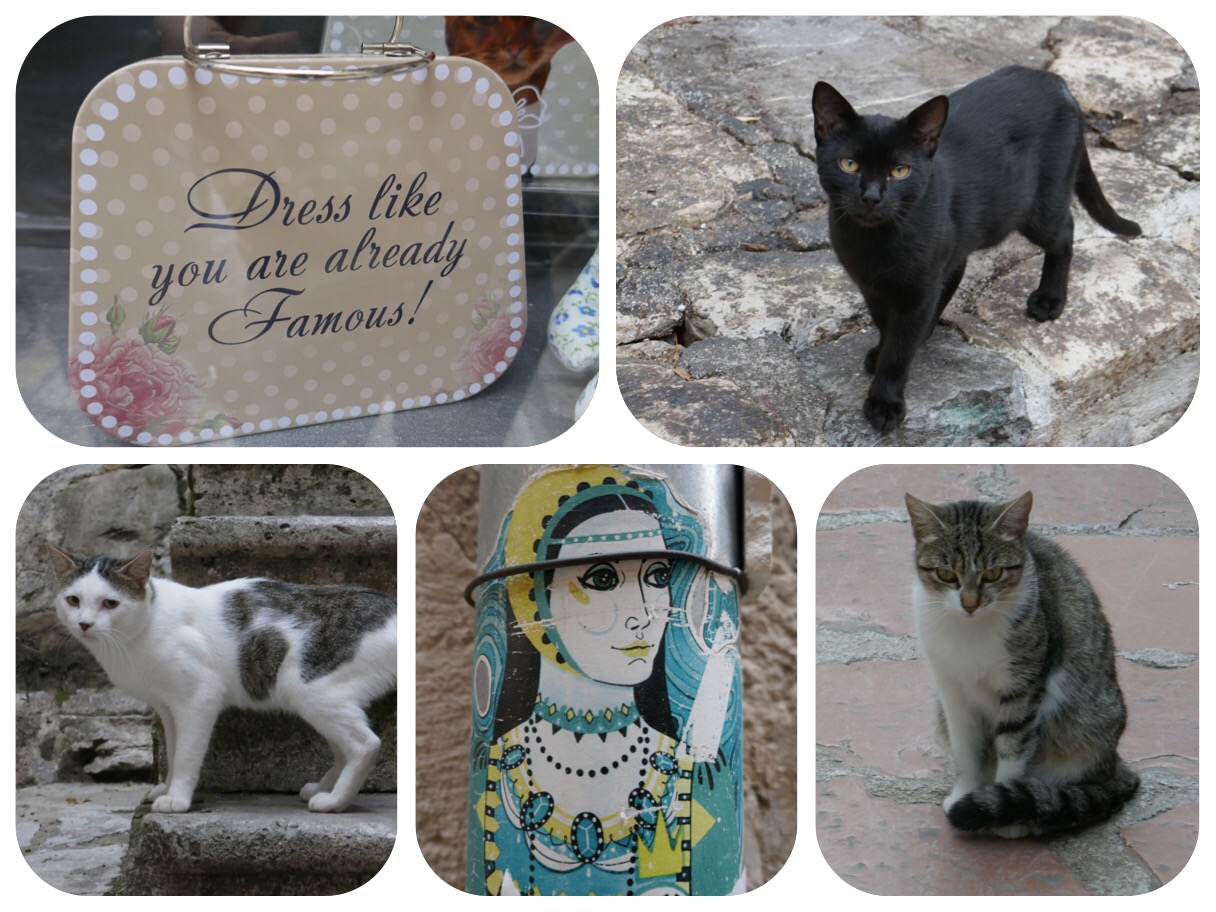 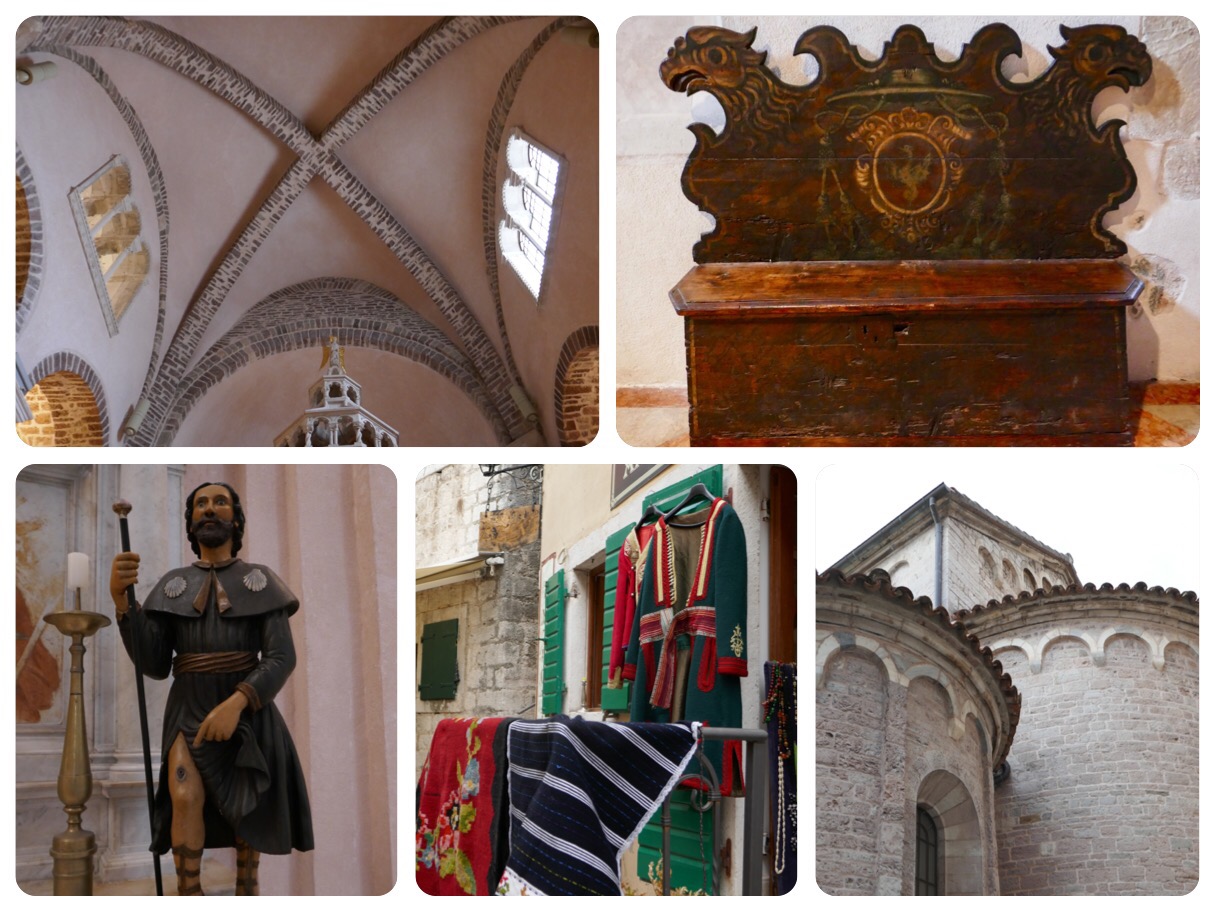 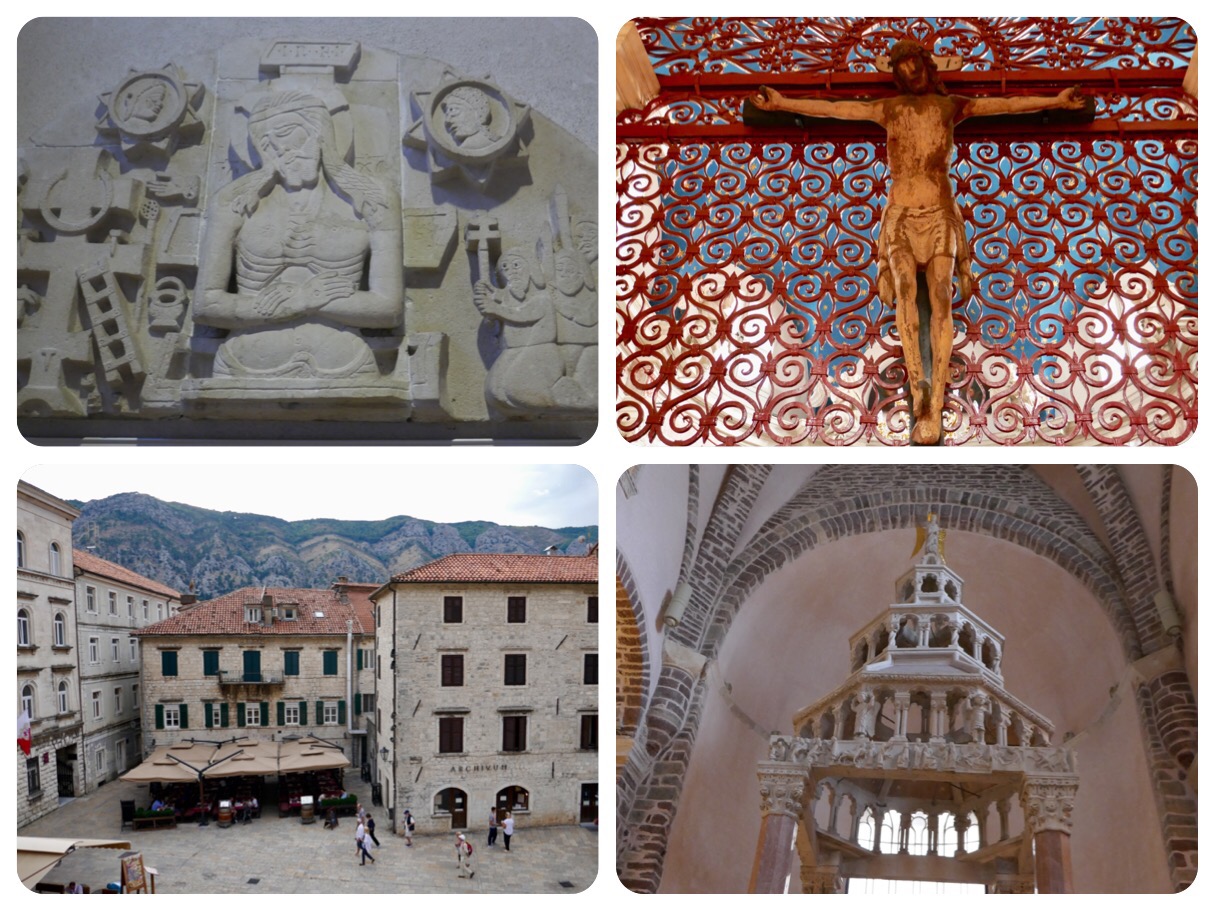 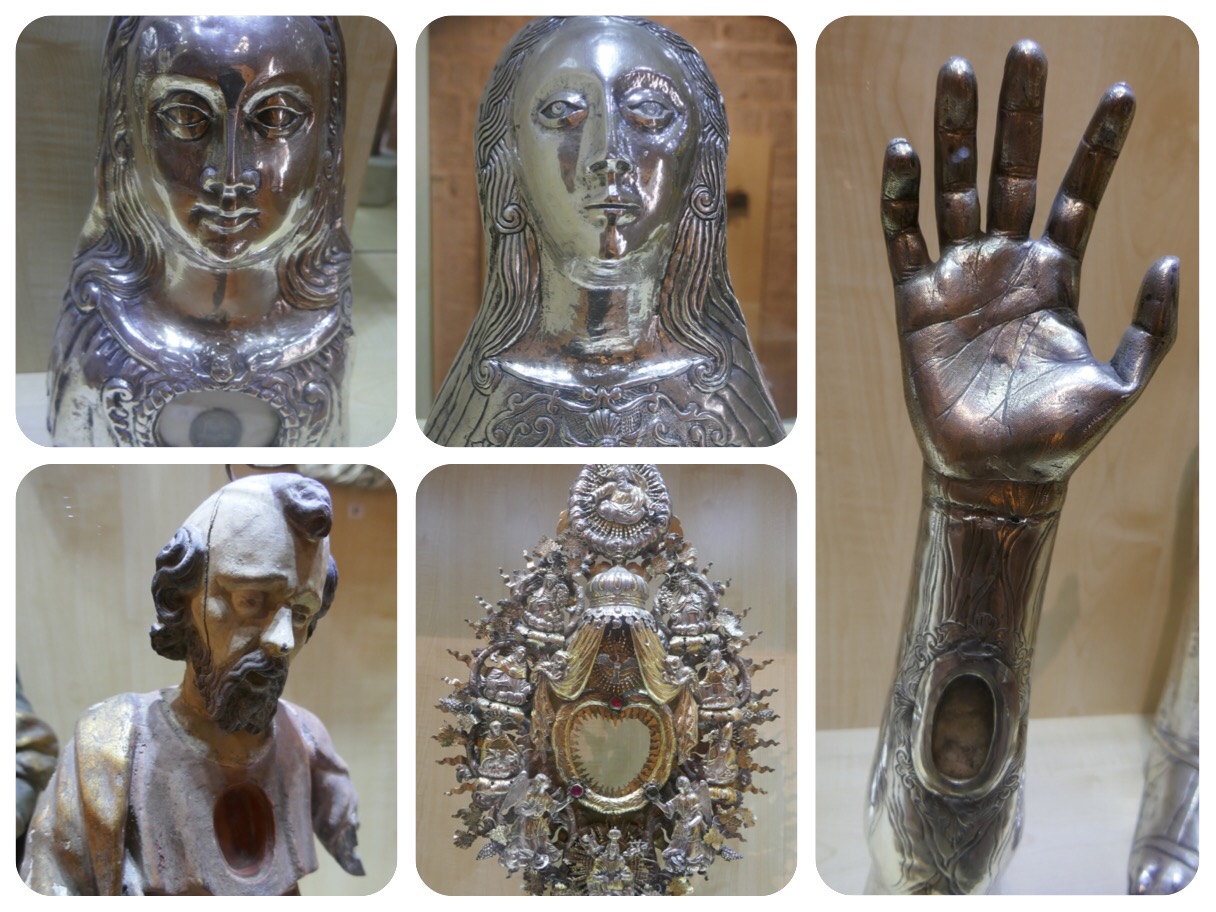 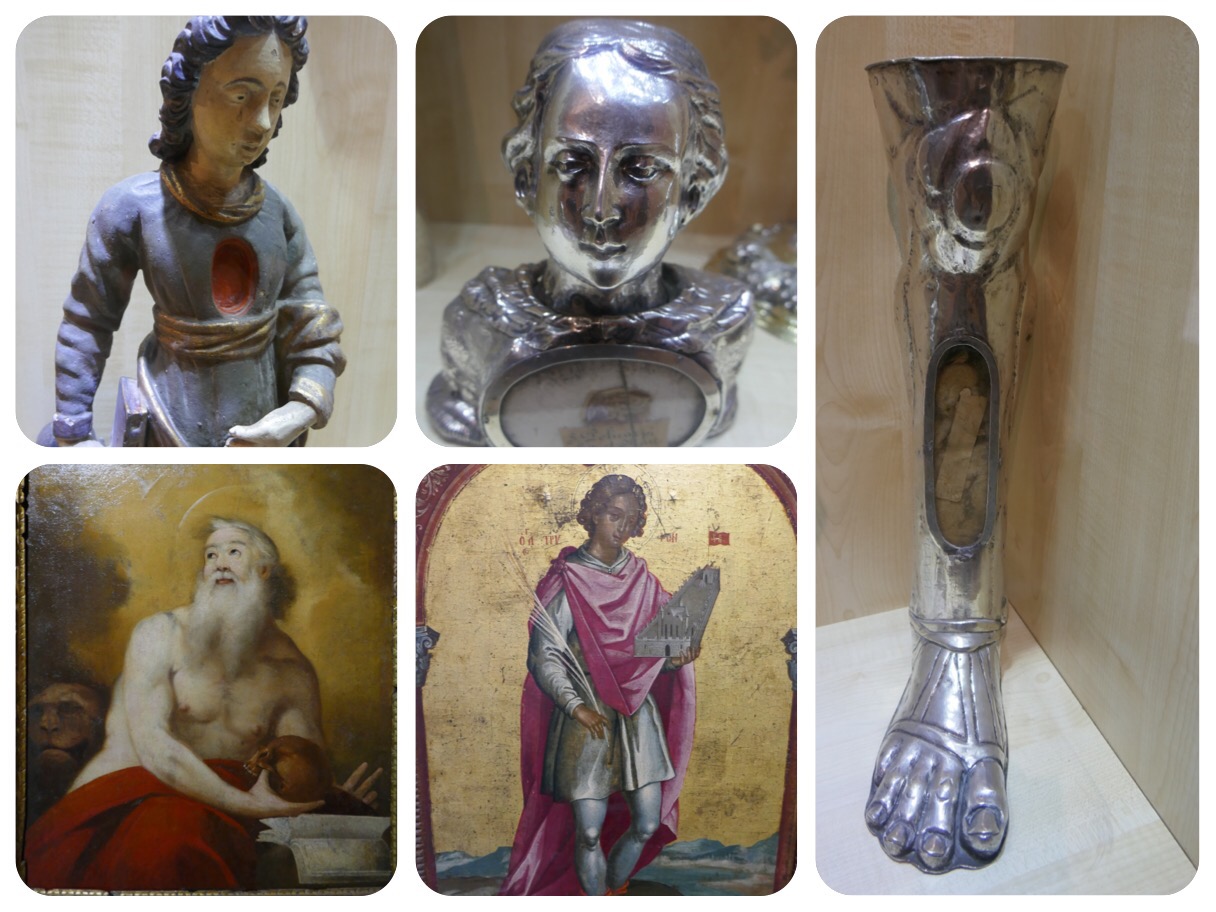 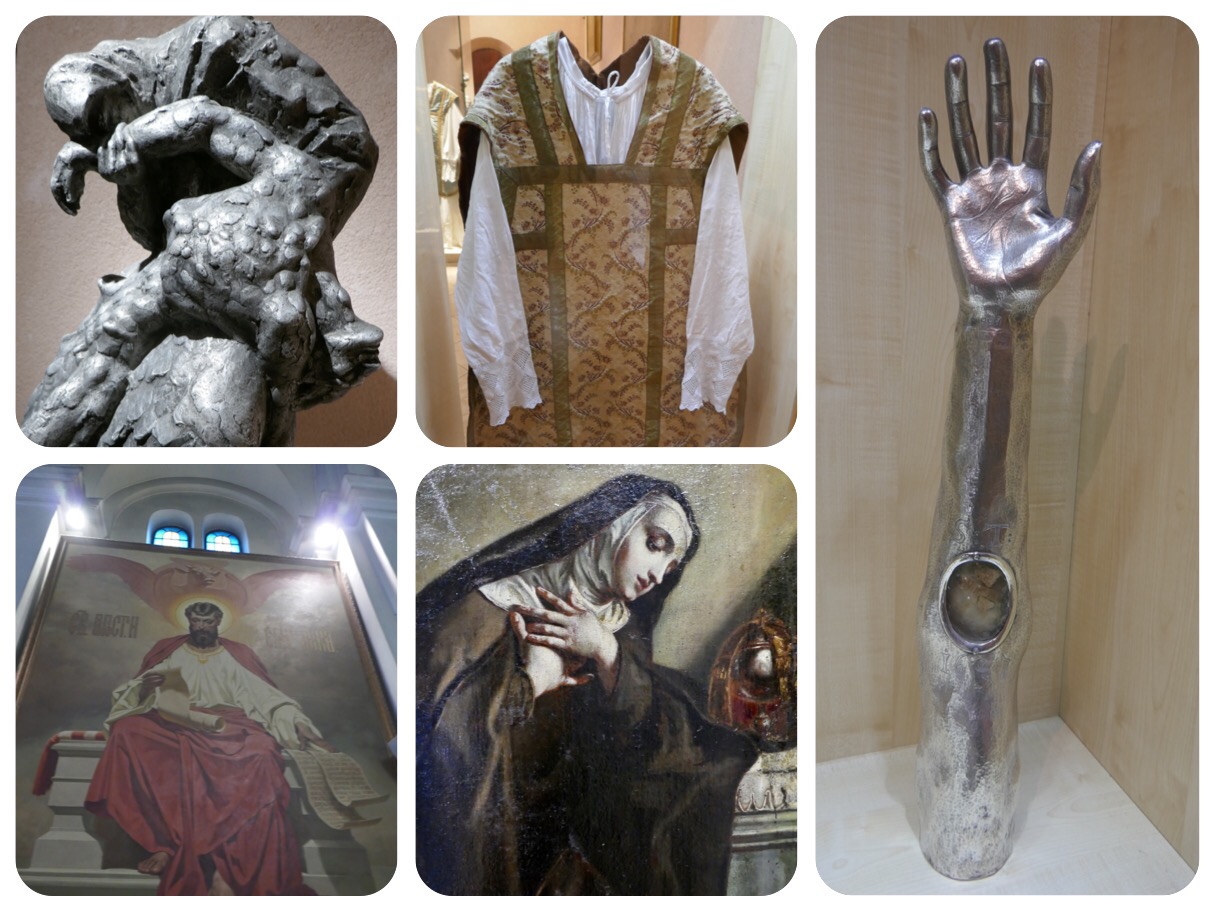 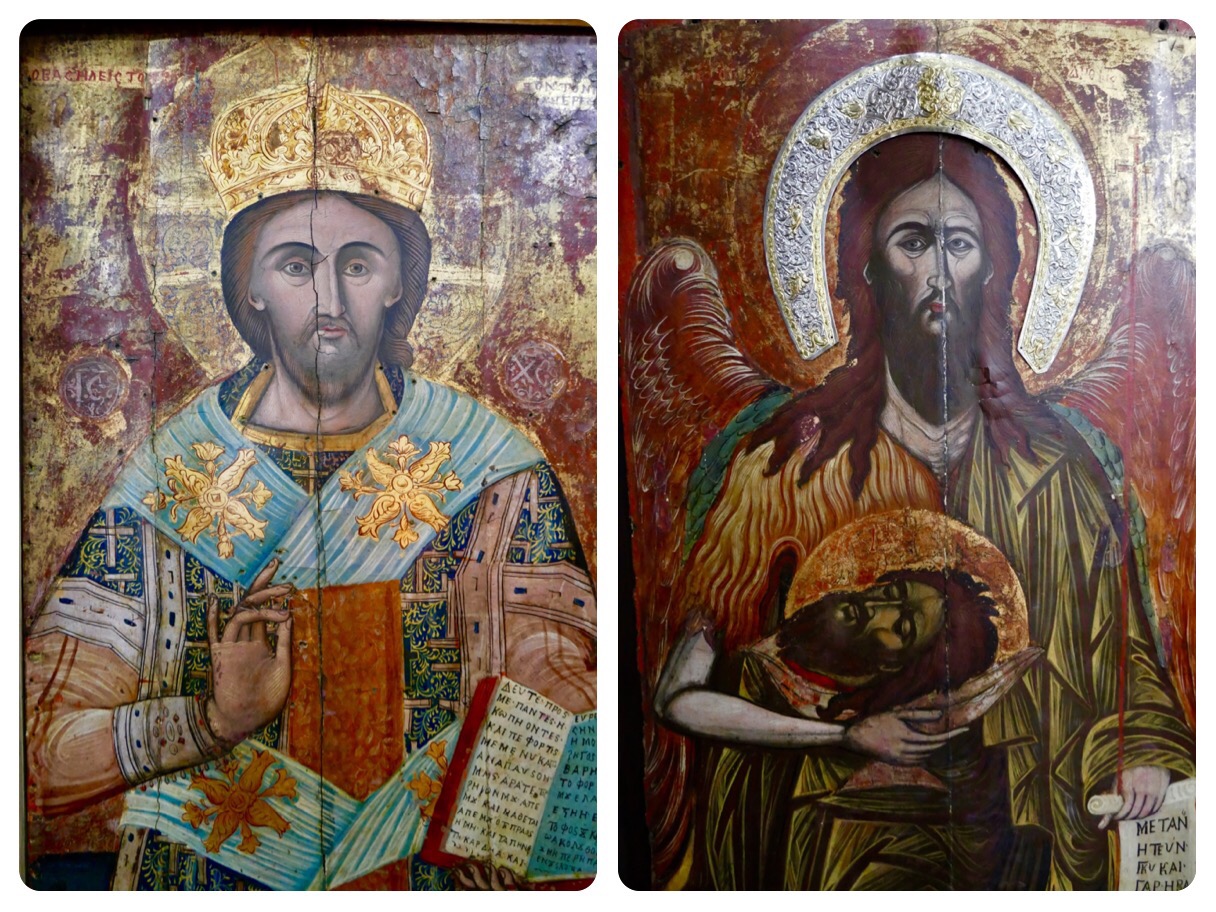 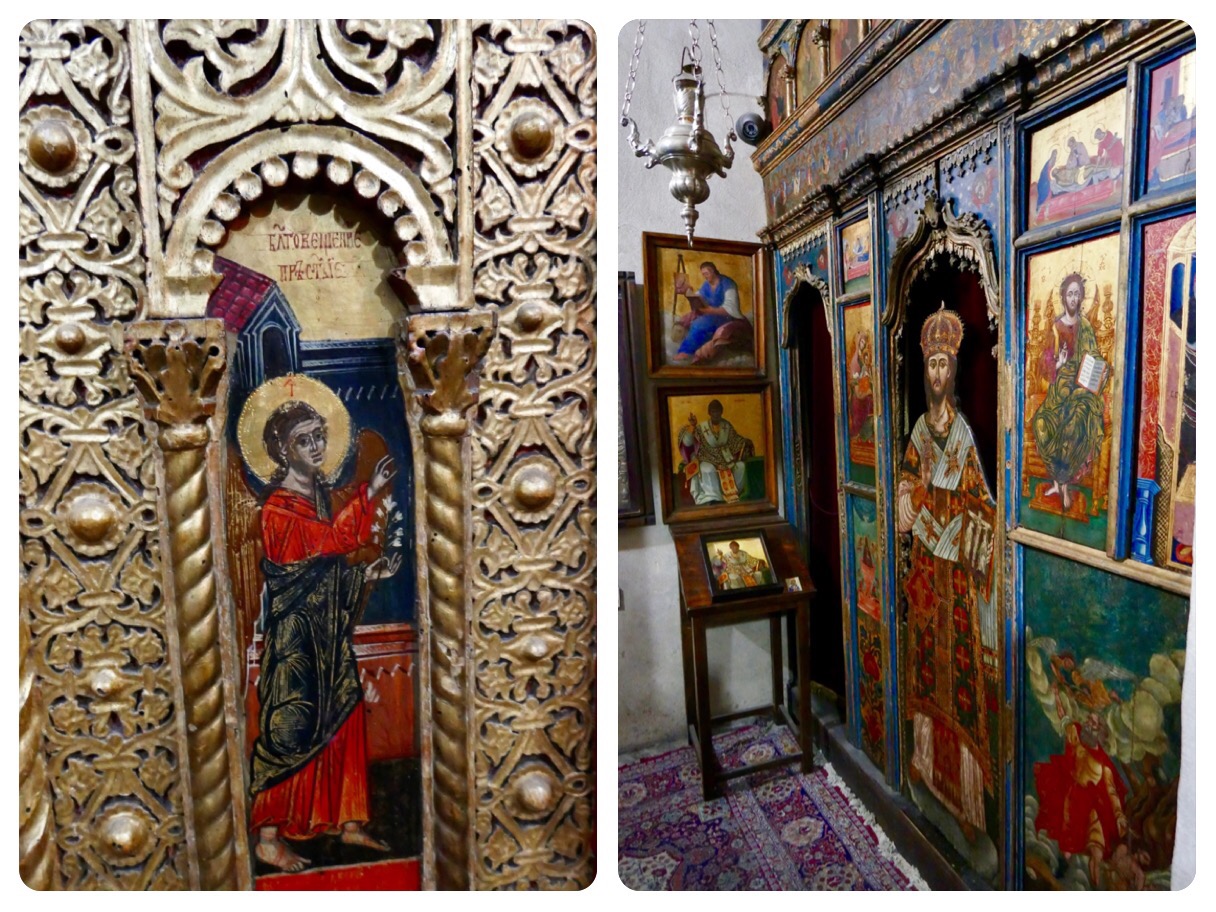 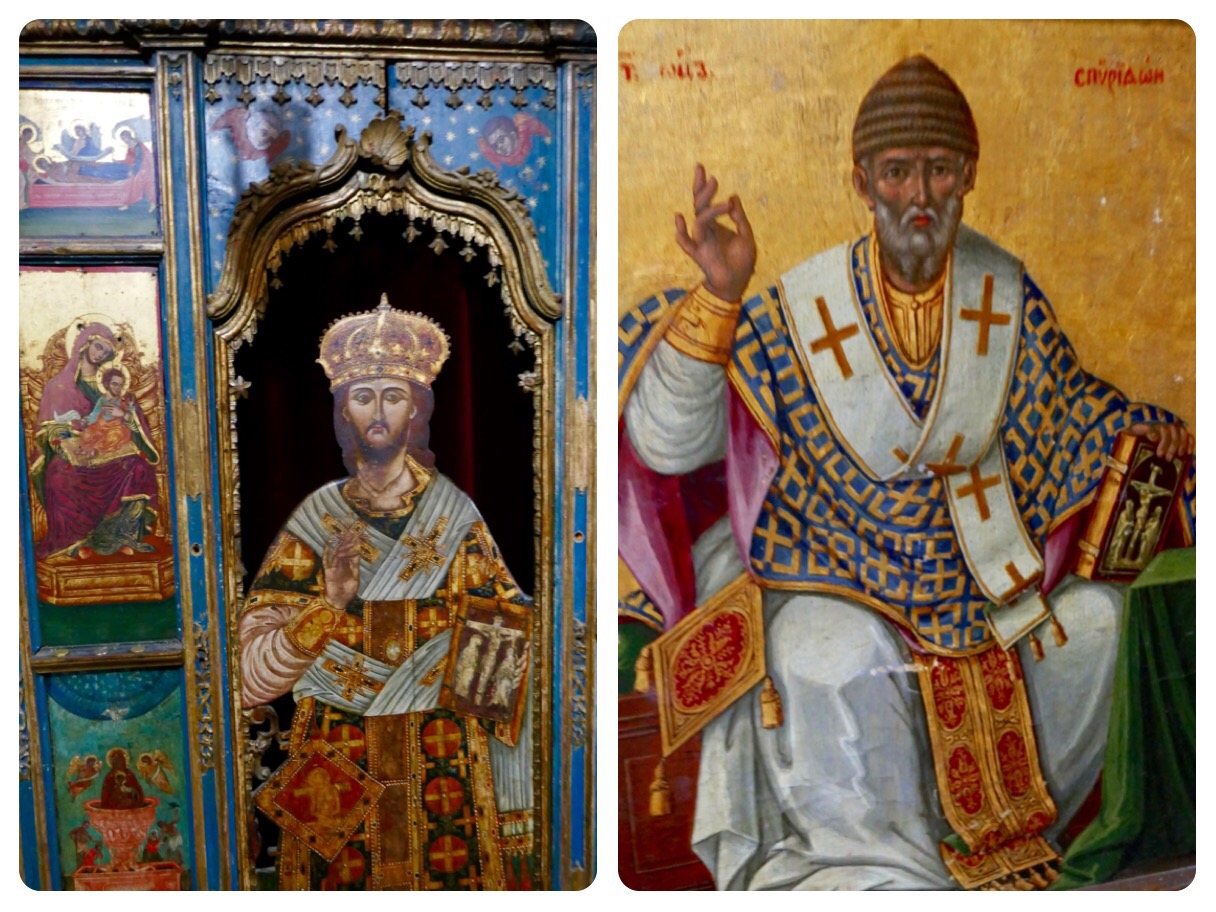 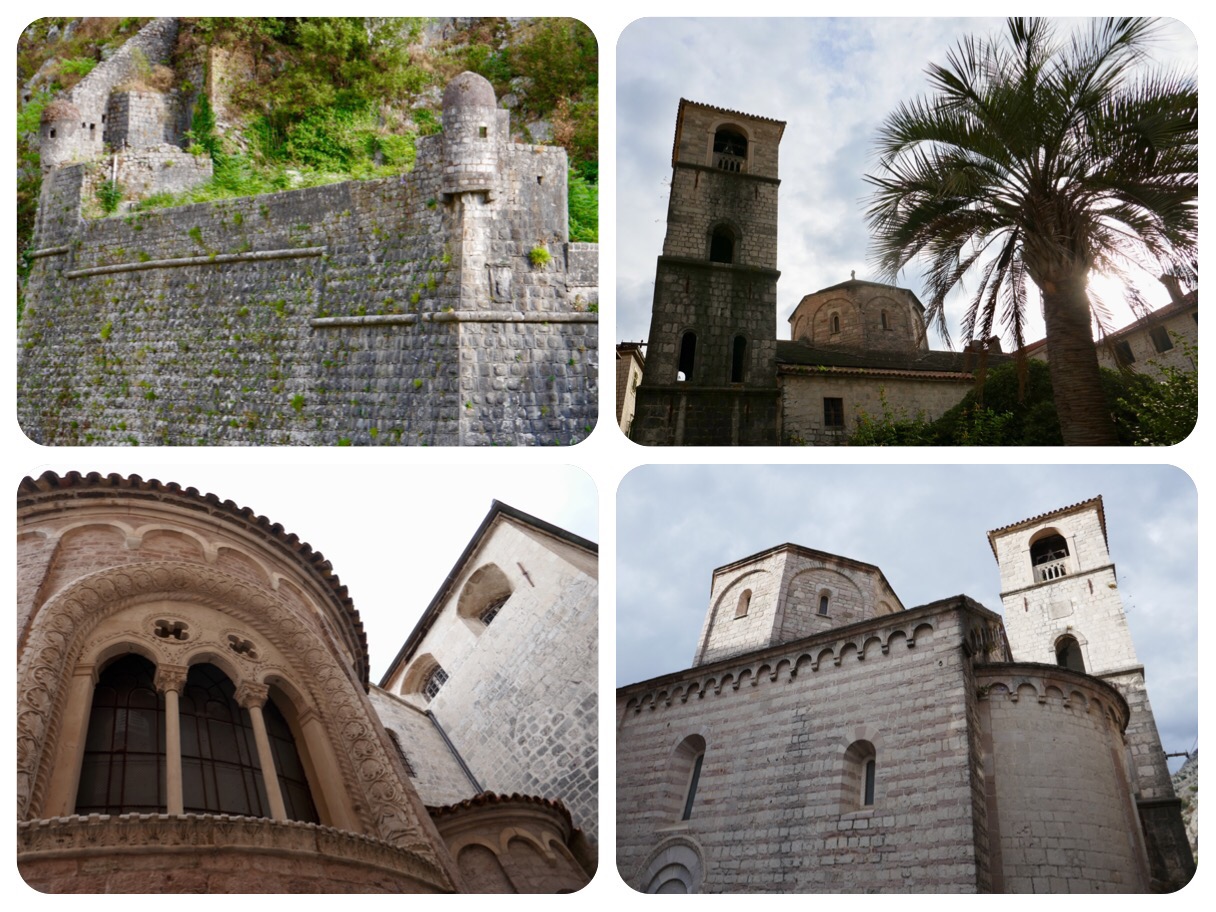 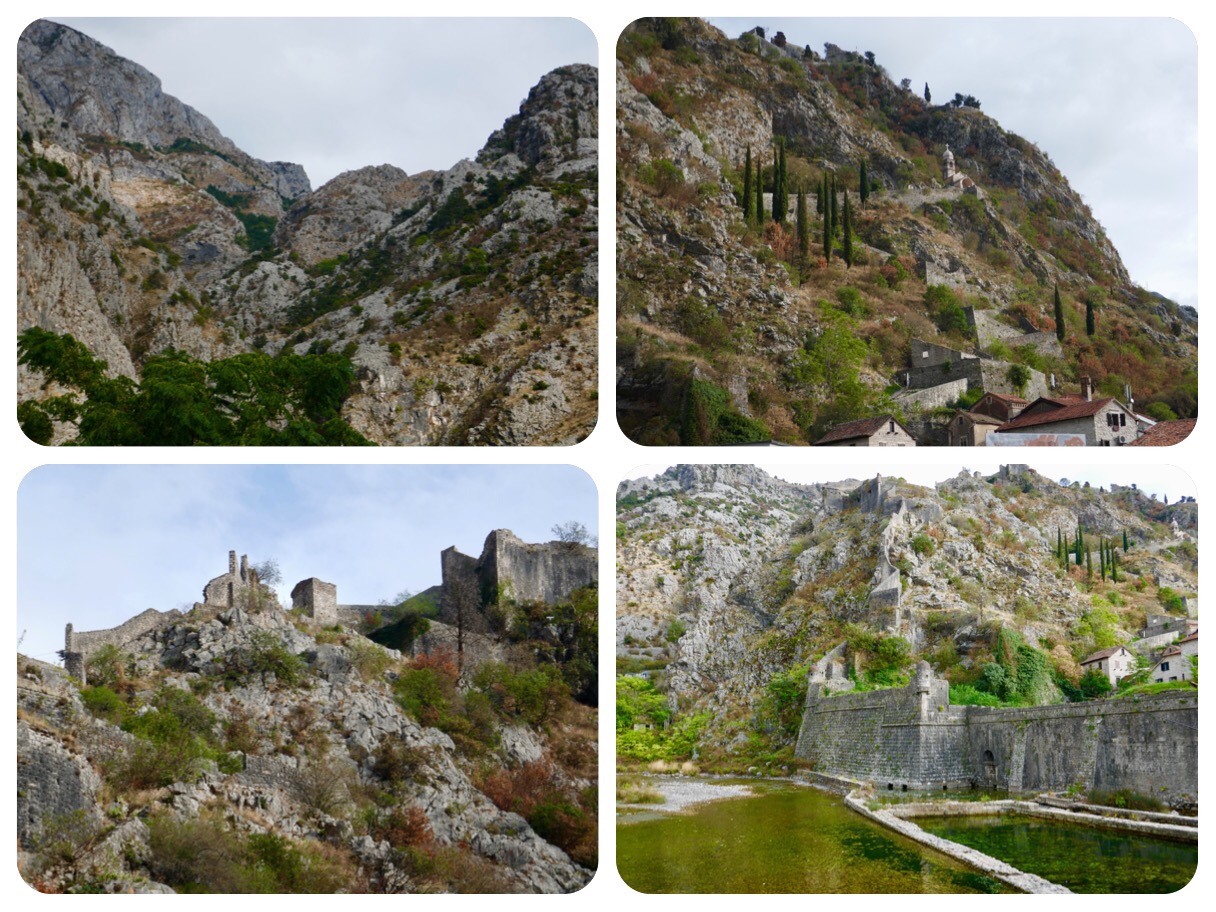 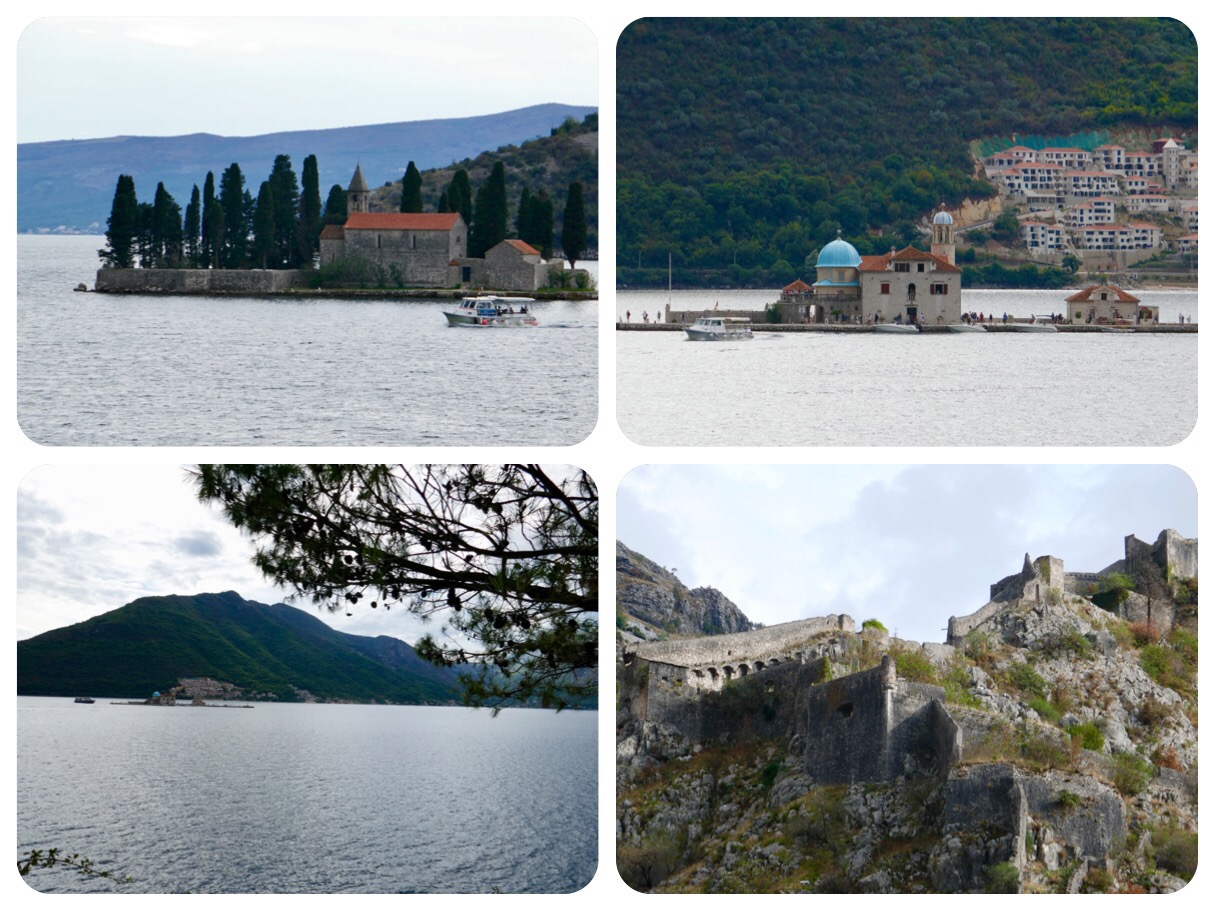 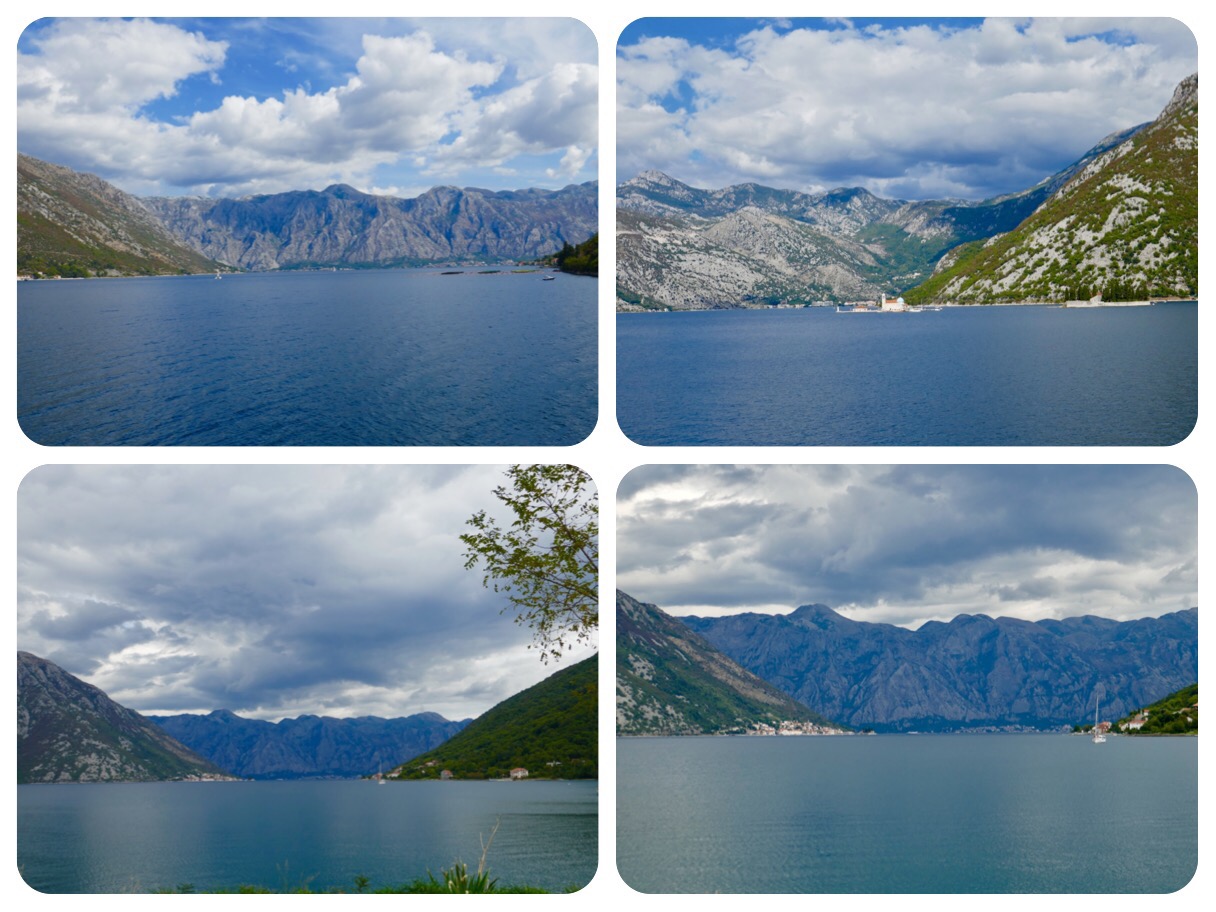 The Bay Of Kotor, Montenegro

From Dubrovnik, we drove south along the seaside route, to the Bay Of Kotor in Montenegro.

Crossing the border took a bit longer than it had been taking, and for the first time, we had to show our “green card,” which is a permit to cross borders with a car and proof of insurance for the car that we had rented in Zagreb.

For those who did not have a green card, there was an insurance agency at the border, and they were required to stop and buy insurance on the spot.

Montenegro immediately felt very different than Croatia.
There were only a fraction of the number of tourists and finally, after lots of mediocre food along the Dalmatian Coast, the food was superb.

We decided not to take the ferry to Kotor, but to drive along the old coastal road that meanders along the Bay, to see the area.

We stopped in a restaurant that had vast views of the bay, just for cappuccinos, but we ended up eating one of the best lunches we had enjoyed on the entire trip.
If this was any indication of the food we are to expect in Montenegro, we are in for a treat.

Our hotel was north of the city of Kotor.
We checked into an elegant room with a sea view, and went to explore the old city of Kotor.

We parked outside the old city, in a small shopping mall, because we needed to sort out the SIM card we had just bought as we entered Montenegro, which did not seem to work.

Just the other day, as we walked among many tourists in Split, I mentioned to Jules that I had overheard a local kid offering Marijuana to a man who was licking an ice cream cone while walking.

That man, who was obviously a tourist, was covered in tattoos and had many piercings.
He refused the offer for Marijuana and continued licking his ice cream.

I told Jules that it is very interesting how each person encounters different experiences, based on the energies they attract to themselves.

We were walking right behind the pierced man, yet we were not asked to buy Marijuana, maybe because we looked too nerdy?….

Jules smiled.
He said that he wished somebody would’ve come up to us and instead of saying:
“Yo man, want something to smoke? Want Hashish? Marijuana?
That kid would have said:
“Yo man, want a SIM card? 10 BG data? I have Nano, Micro, with phone calls. What SIM card you want?”

It took the lady at the Telenor Mobile kiosk only minutes to fix our problem and activate our Montenegro SIM cards.
Then we walked a few blocks, to the walls of the old city of Kotor.

The thick walls of the city are surrounded by a moat, and at the corners there are round towers.

The city is filled with small shops selling souvenirs of cats.
There is even a cat museum in Kotor, and many stray cats that are apparently well fed, in the streets.

Beside cats, there are some amazing churches with stunning icons painted on the walls, and also inlays with silver and gold.

I was just happy to walk, look around and not be so overwhelmed by a massive number of tourists.
Yes, there were tourists, but nothing like in Dubrovnik and Split.

Located along the Bay of Kotor is this city of traders and famous sailors, with many stories to tell.

The Old City of Kotor is a well preserved medieval city, built between the 12th and 14th centuries.

The city is lined with charming buildings, and criss-crossed with narrow streets and squares, that reflect its centuries-long occupation by Venice..

We visited the Cathedral of Saint Tryphon (Sveti Tripun), created in the Roman era and one of the most recognisable symbols of the city.

The city has a few old churches dating back to the 12th and 13th centuries.

There are cafes, bars and restaurants, and many shops selling leather clothing and beautiful carpets.

We ate a healthy dinner of a vitamin salad made of vegetables and fruit, two glasses of fresh green juice and herbal teas.
It was a rare treat to get it in a regular restaurant, not in a vegan restaurant.

That night, back at our beautiful hotel between Perast and Kotor, it was so quiet in front of the bay.
There were no people, no music, nothing but my own dreams, as I drifted off to sleep…

Good night from beautiful Montenegro to you all….
Tali

← Dubrovnik, the Pearl of the Adriatic In Croatia… or is it?
A Pilgrimage to the Healing Ostrog Monastery, in Montenegro →