Dubrovnik, the Pearl of the Adriatic In Croatia… or is it? 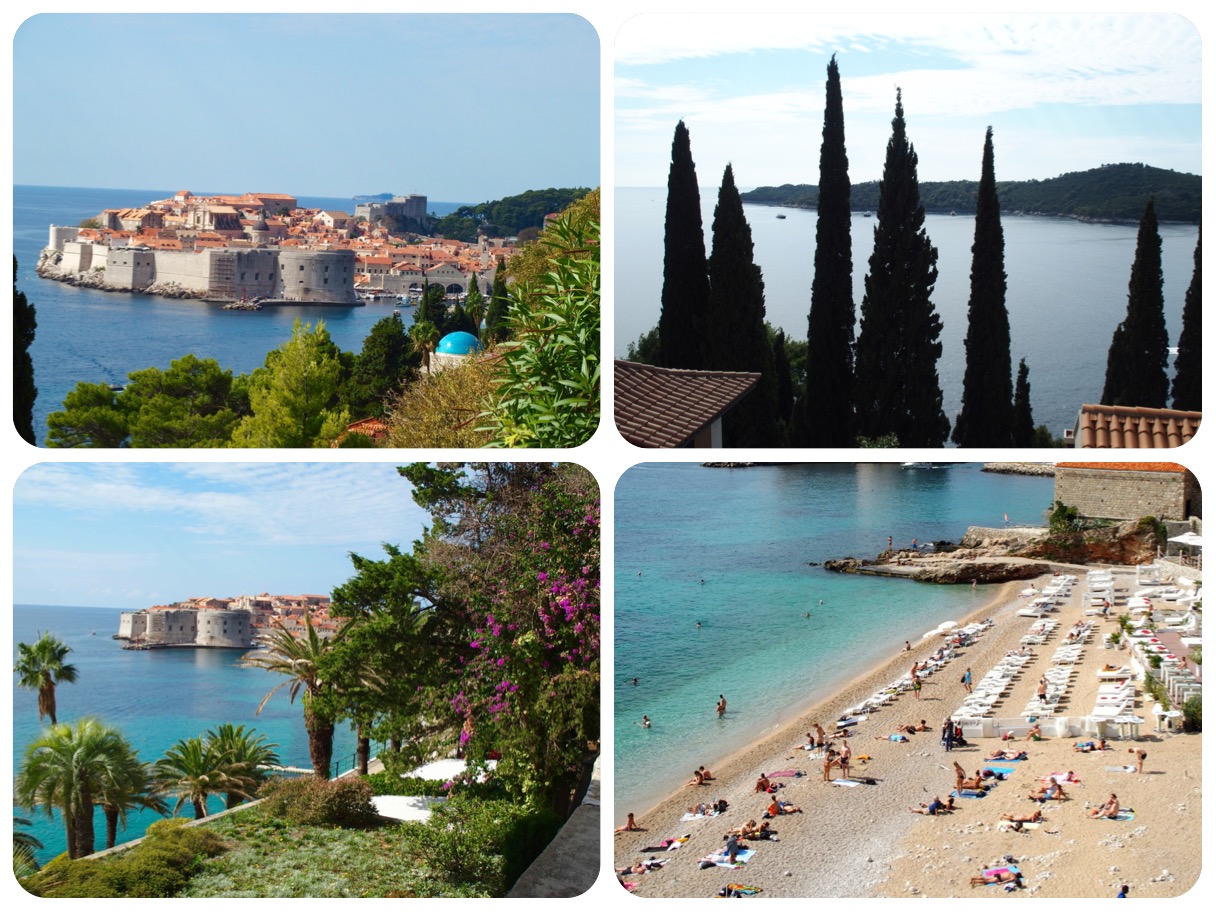 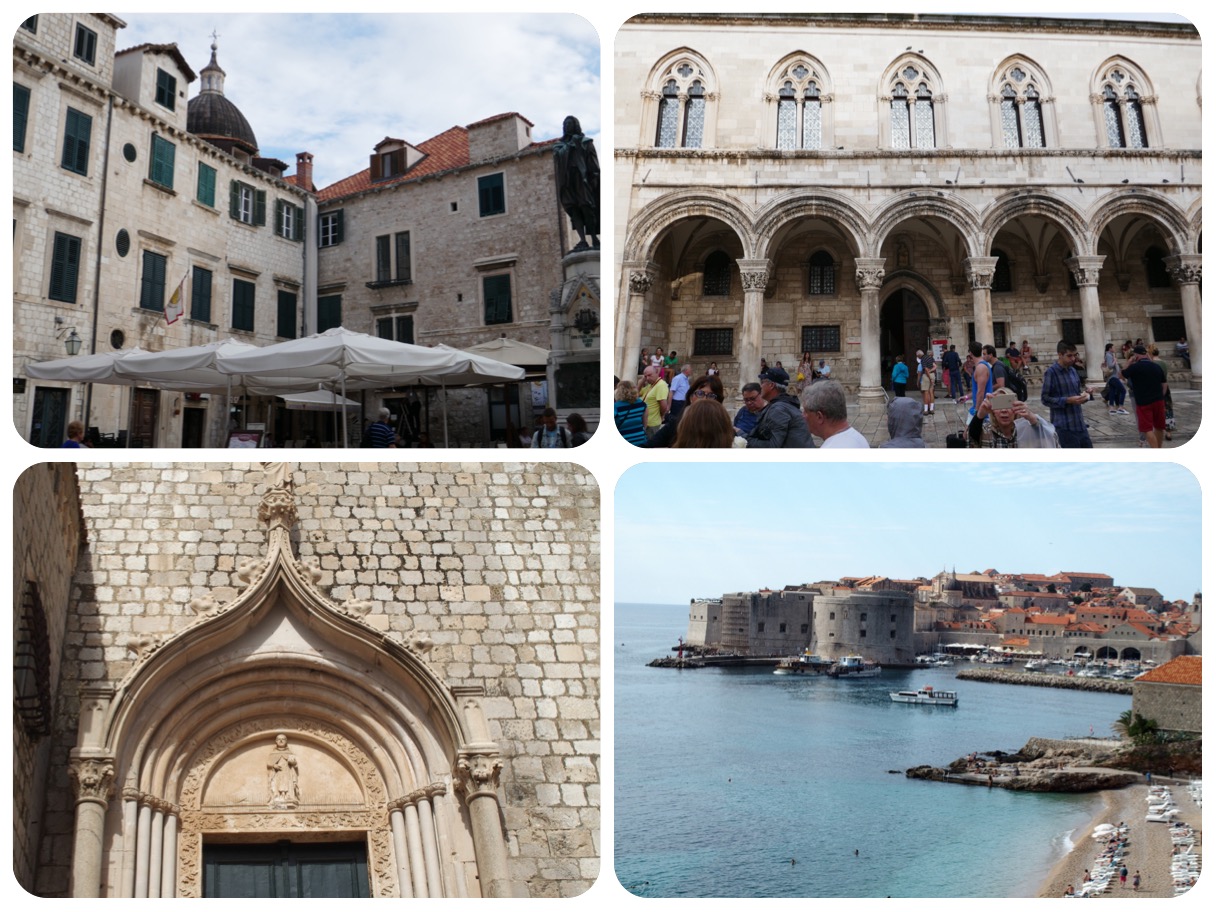 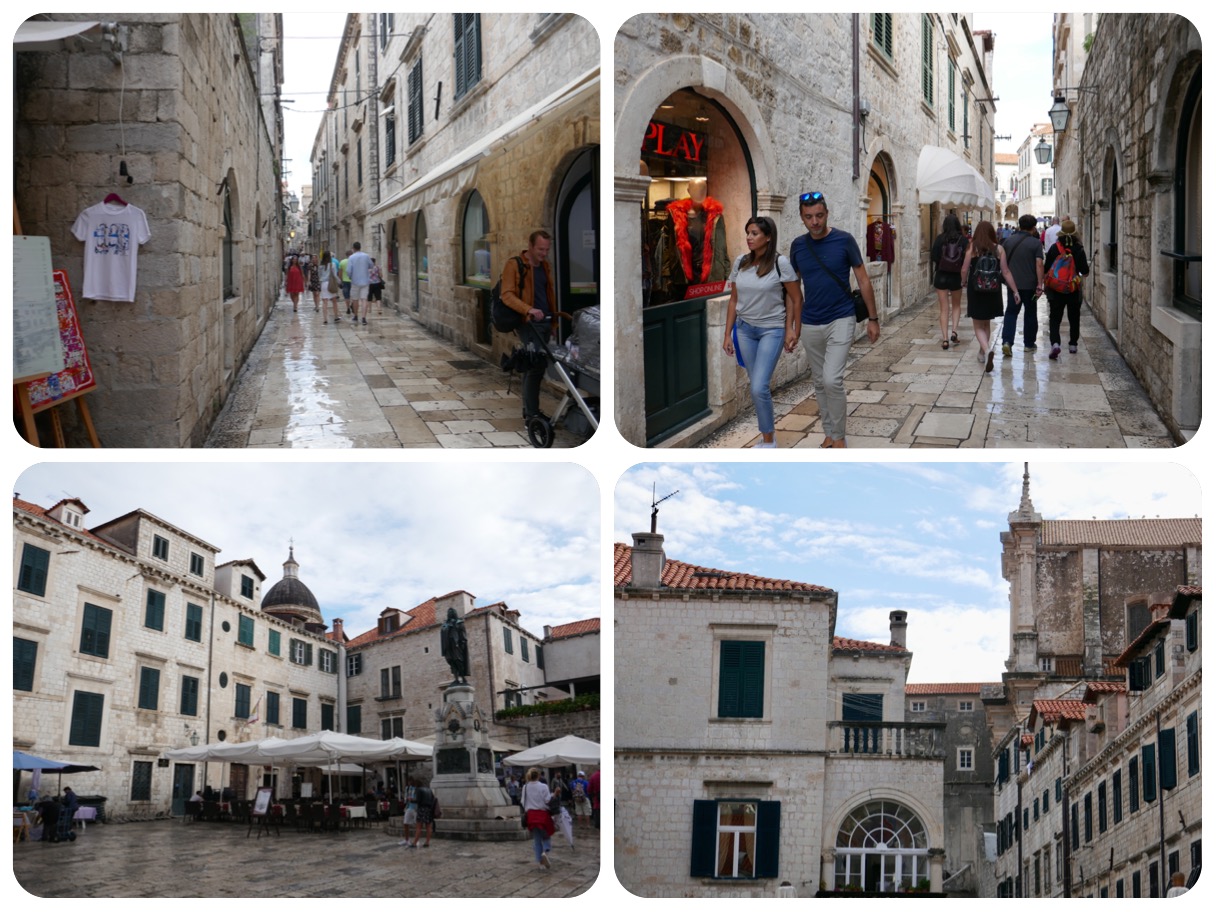 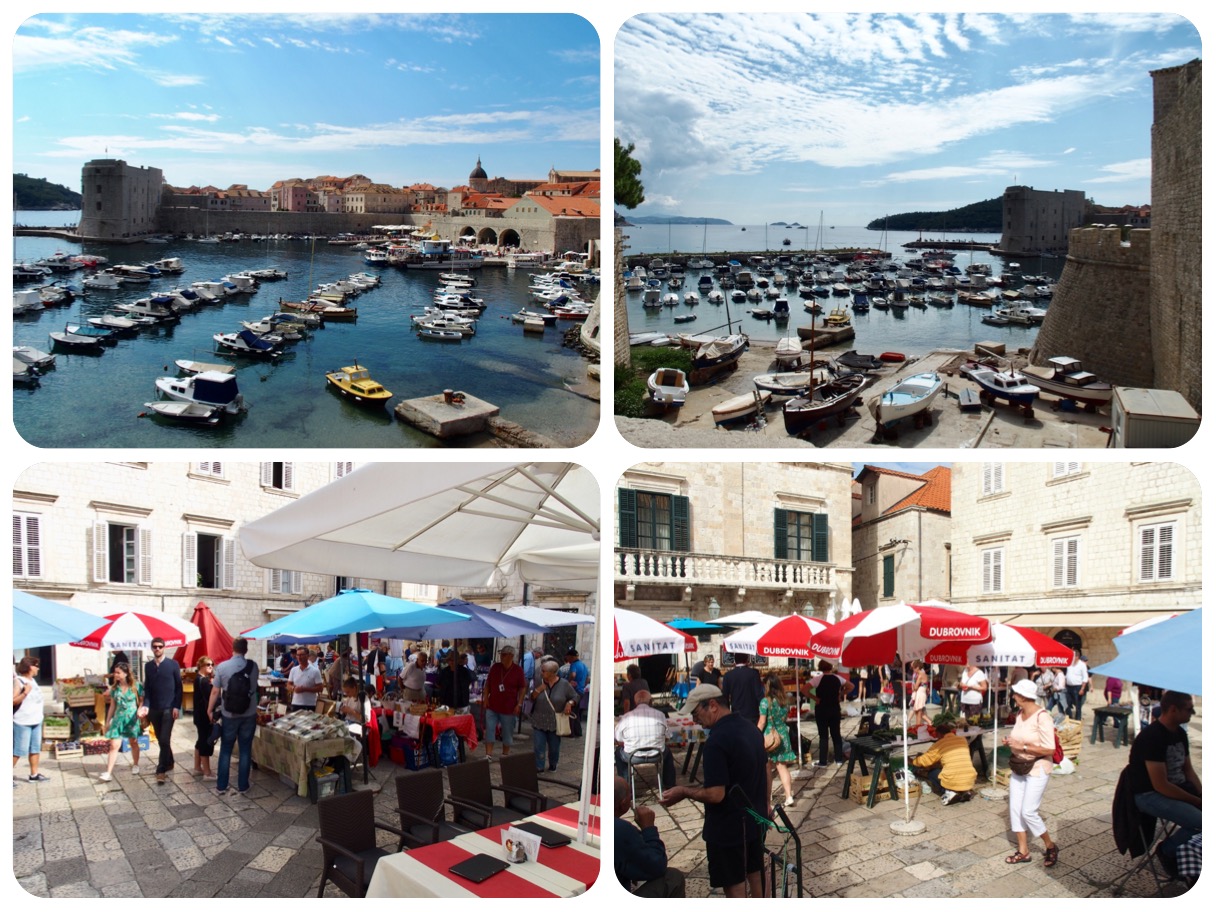 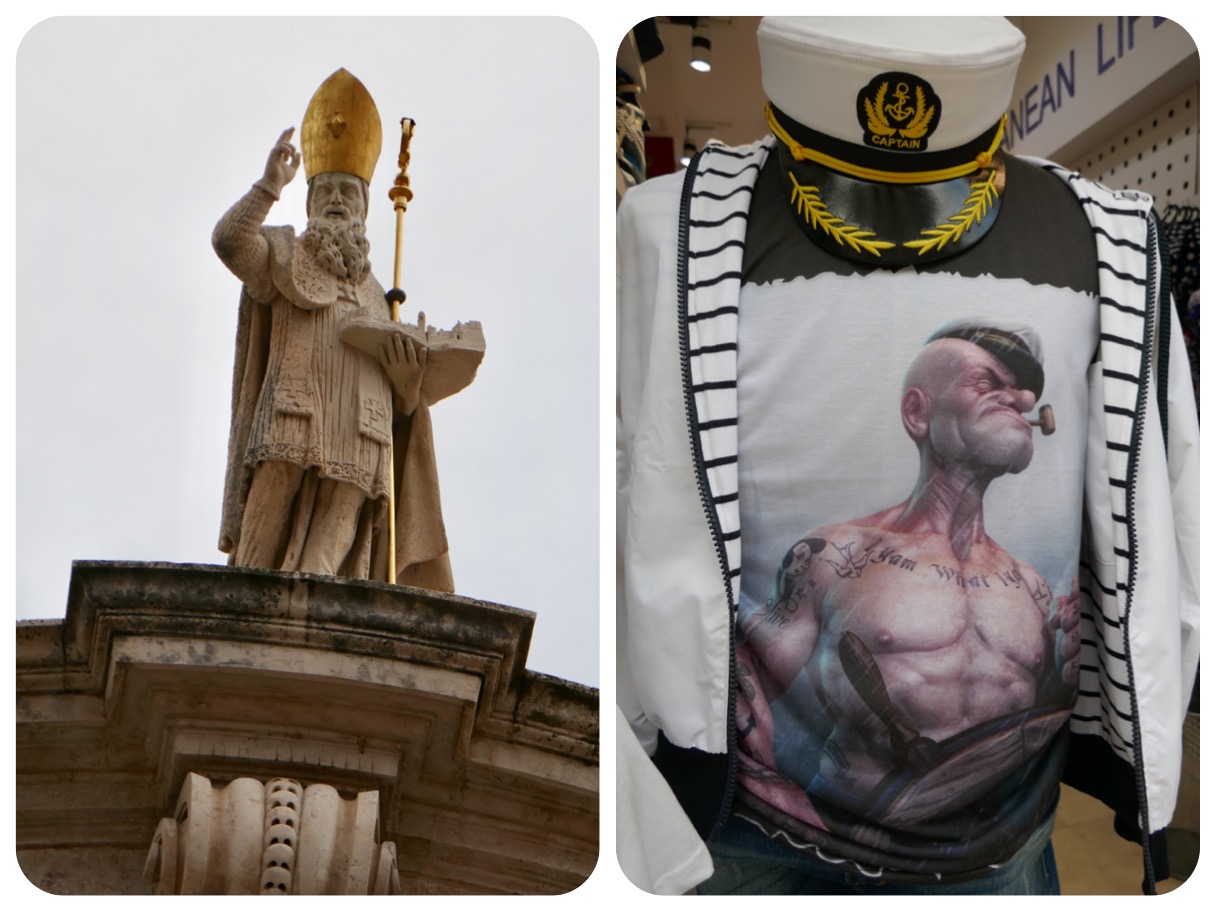 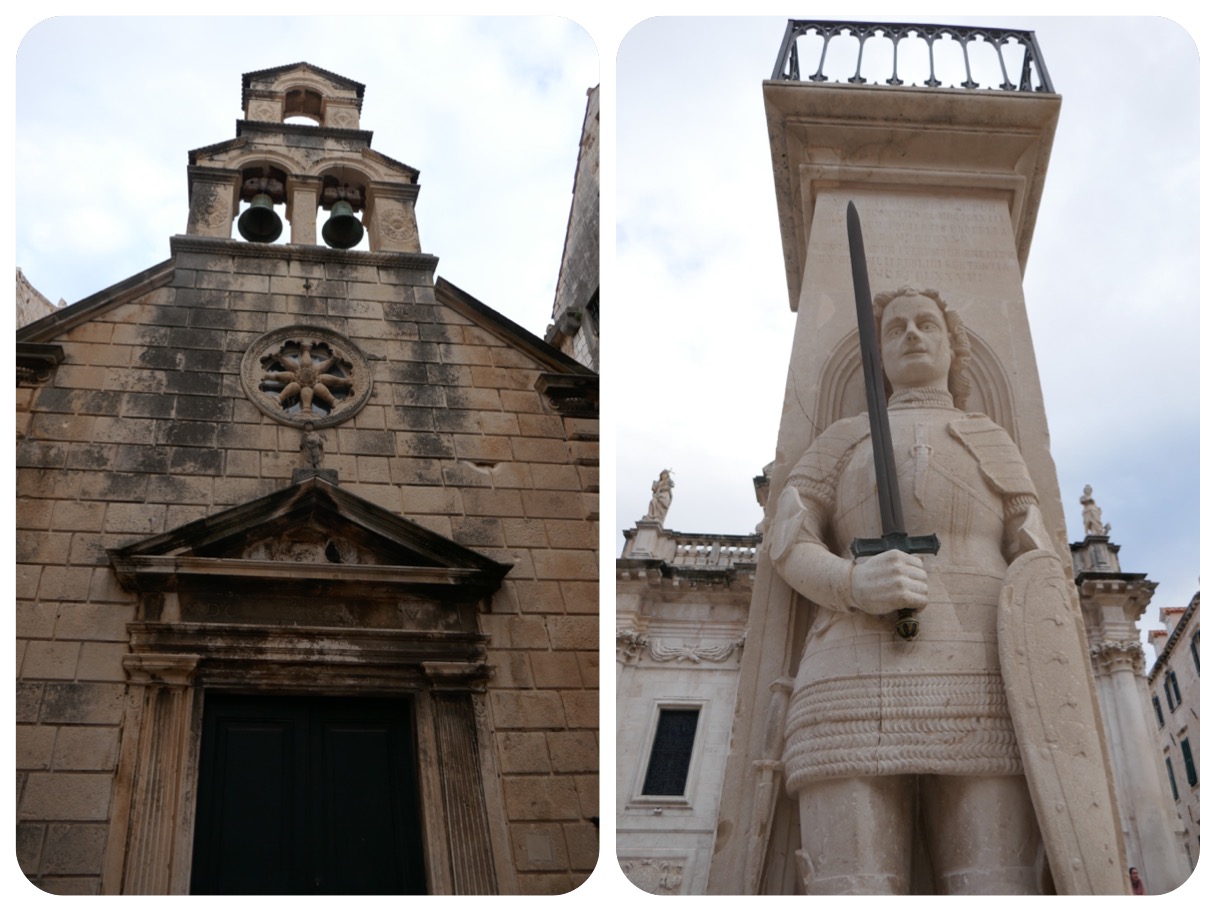 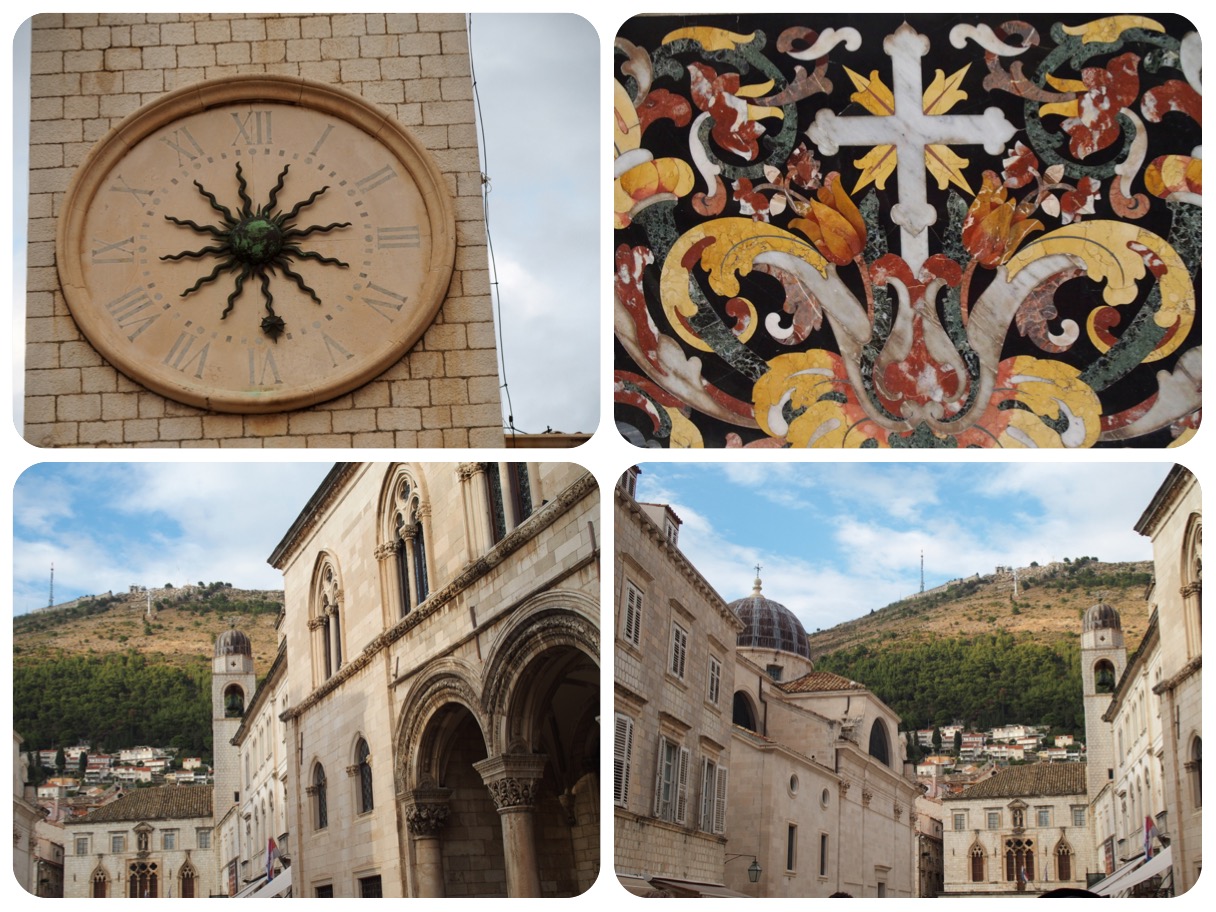 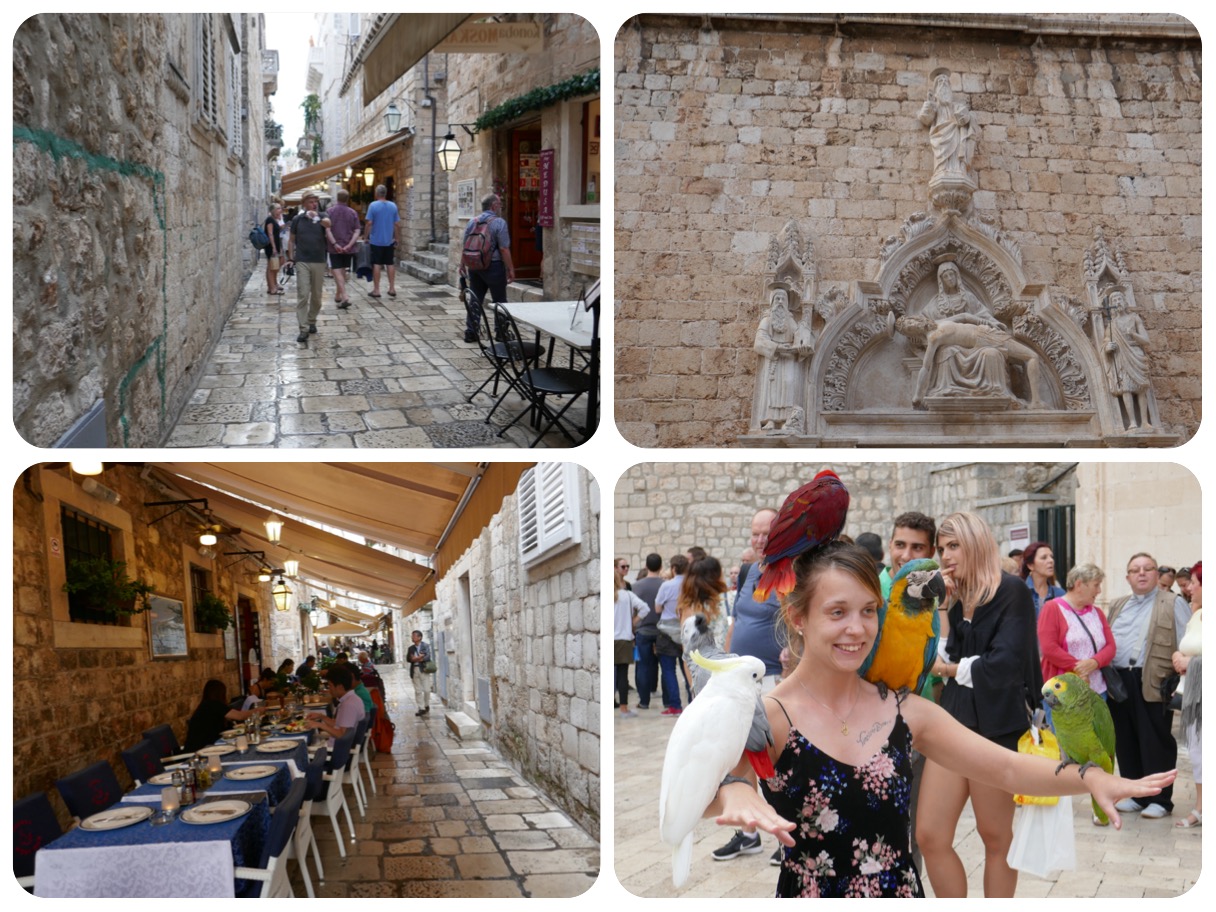 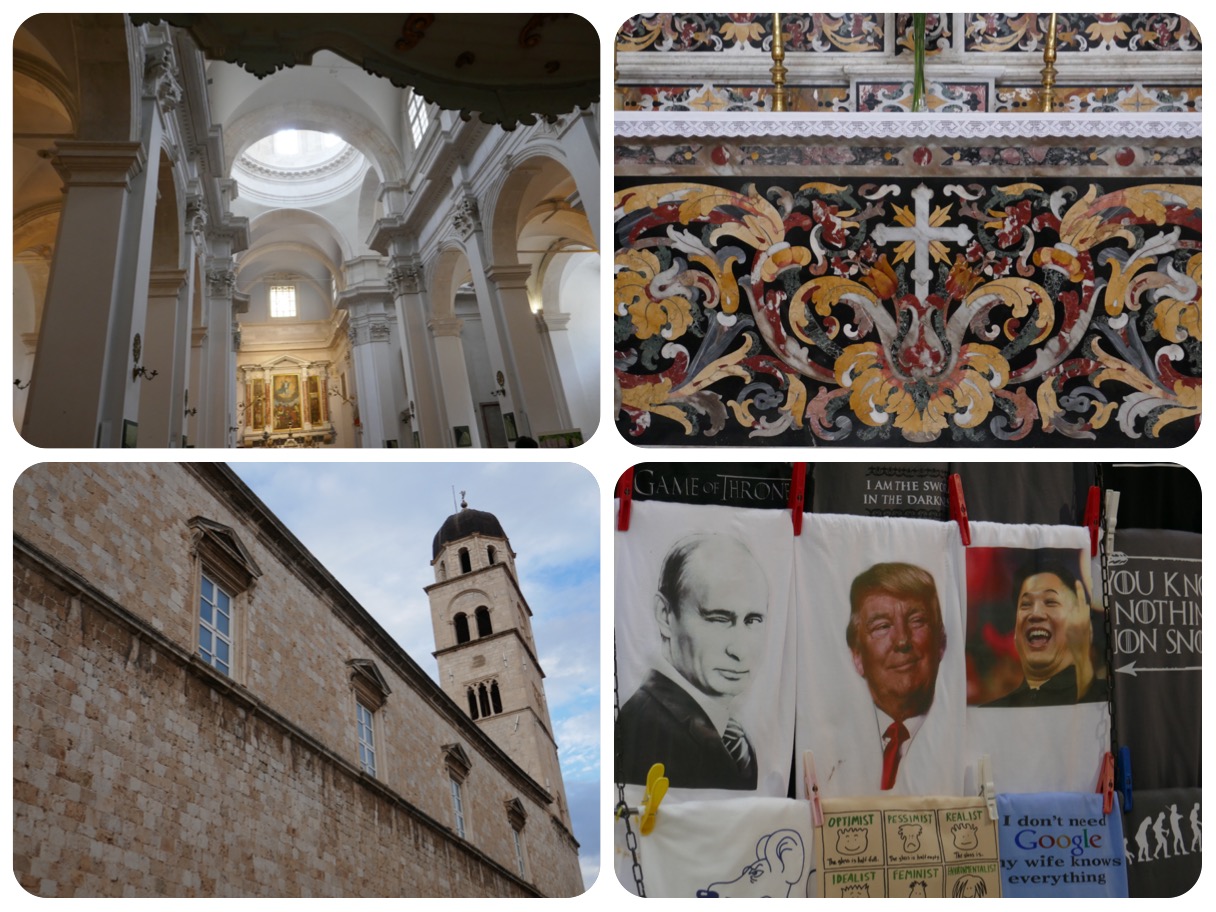 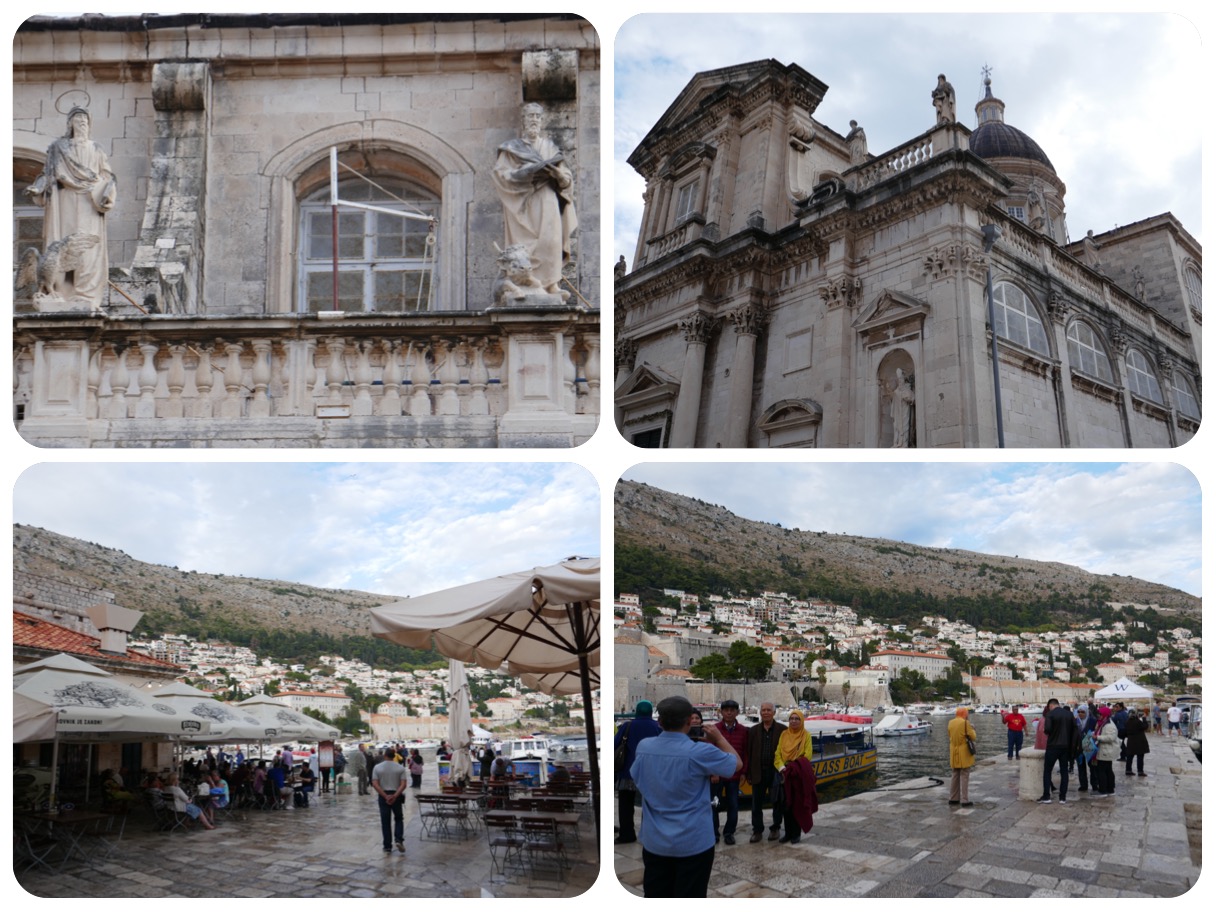 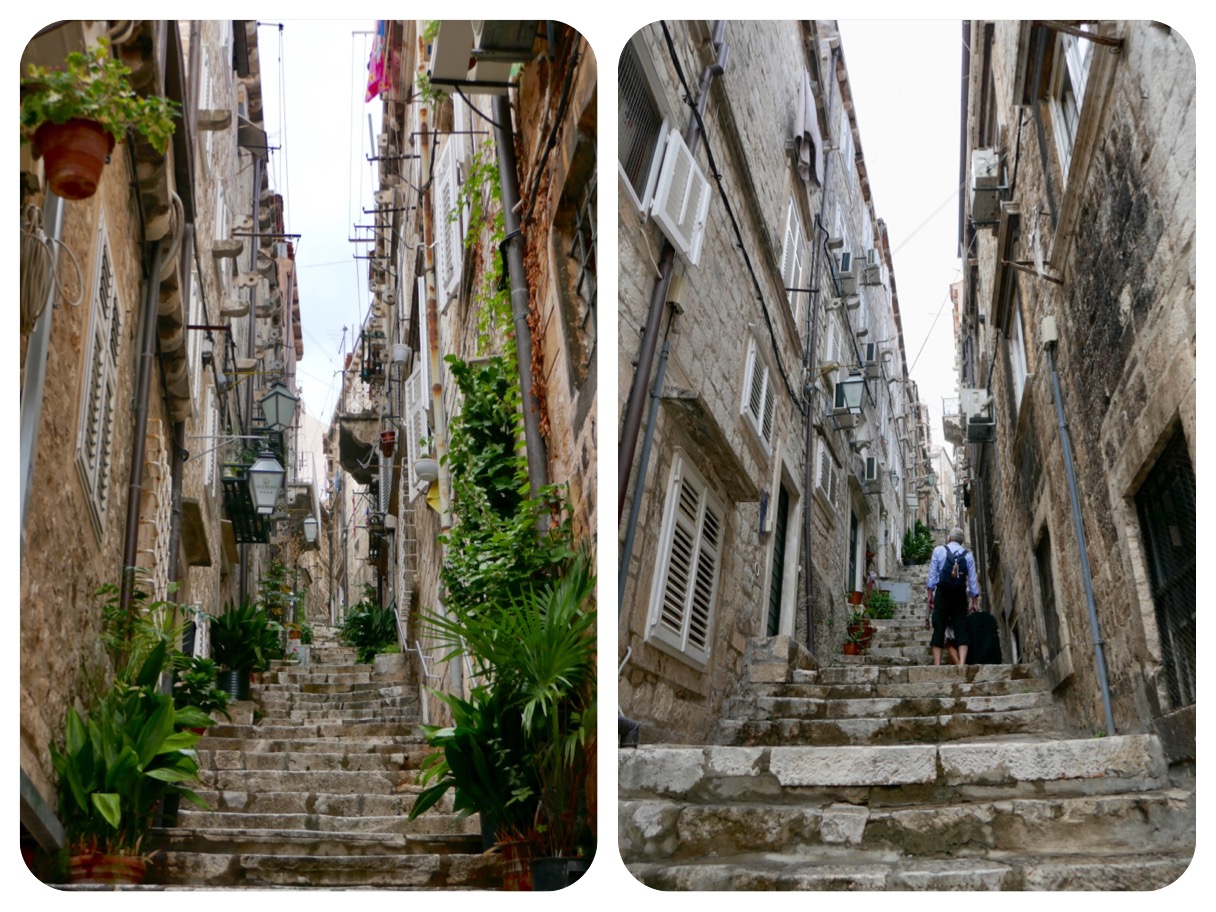 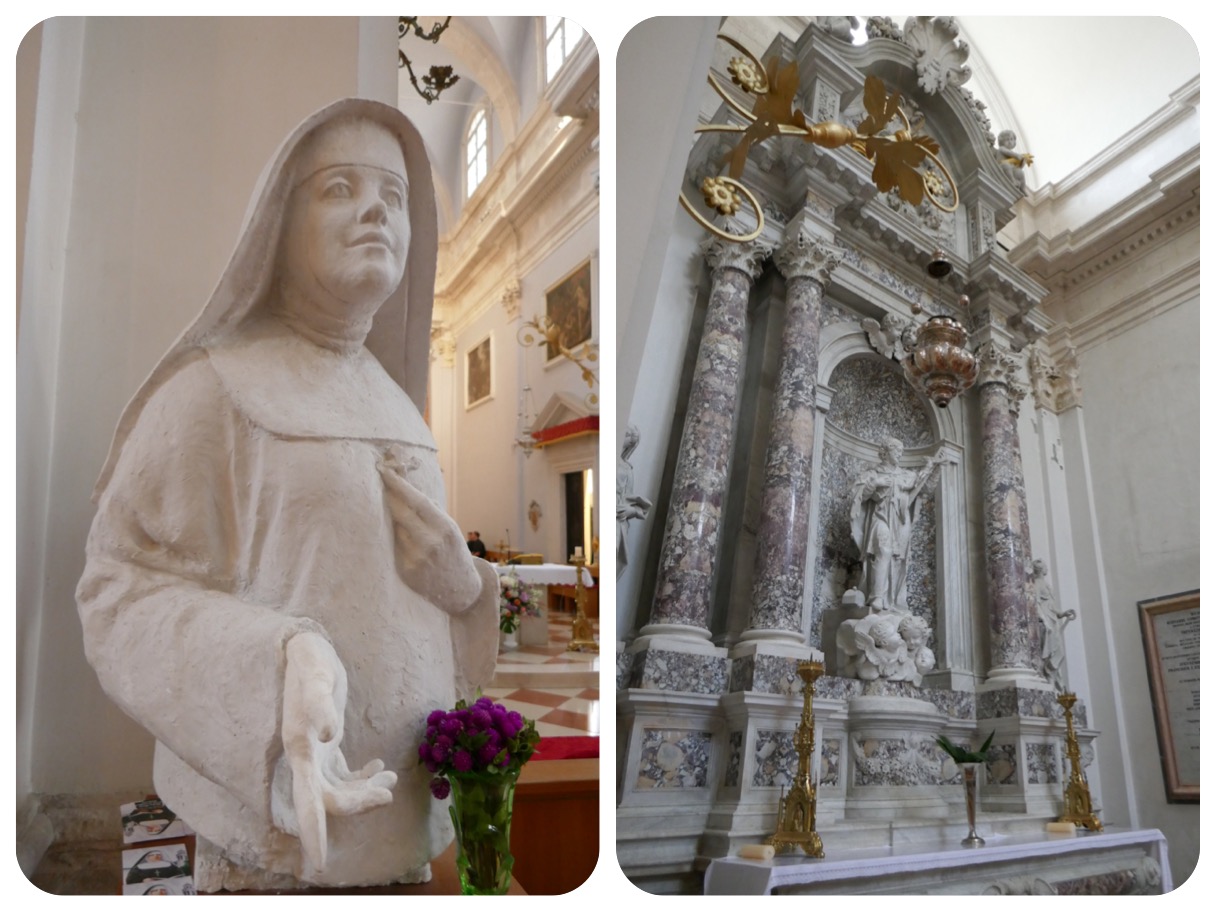 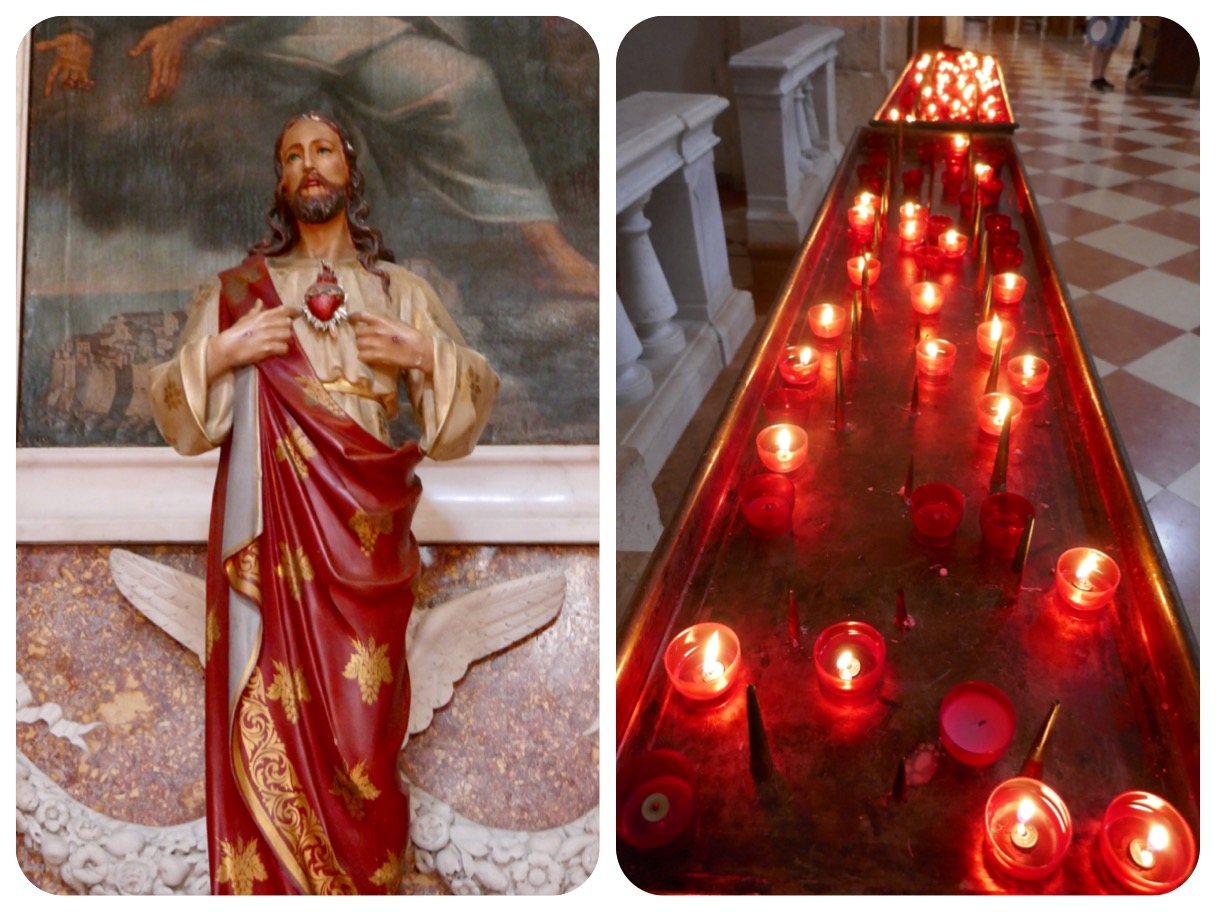 Dubrovnik, the Pearl of the Adriatic In Croatia… or is it?

That is the way the road from Split runs south along the coast, and the way that the border of the two countries has been set.
There is no way to avoid it, but it was no hassle at all.

While in Bosnia for about half an hour, we stopped for a very good Burek and coffee along the road, which made for a lovely lunch.

The first thing I saw as we reached Dubrovnik, was a massively large cruise ship.
It was the biggest cruise ship I have ever seen in my life.
It was bigger than a few high rise buildings, all bunched together.

Parking in Dubrovnik is a nightmare.
In all the old cities we have visited along the Adriatic coast, we have had to park outside the walls of the old city and walk to our hotel or apartment with our backpacks, and parking was between ten and twenty euros per night.

In Dubrovnik an average parking space for ONE night is $85 and up, and that is if you can even find a parking space.
I had a tip for a parking spot for much less, and we got lucky and were able to park there for about €20 per night.

Dubrovnik is gorgeous, built on a very steep hill rising up from the marina and the sea.
Our apartment is right in the middle of the old town, wedged between busy restaurants and bars.

It is nice and comfortable, but overpriced.
Elsewhere along the coast it would have been renting for less than half the price.
It’s not a good value for money, but in Dubrovnik centrality comes with a premium.
If I had to do it over again, I would rent a nicer renovated apartment NOT in the old walled city, but above it where you get quieter apartments for less.

A small orchestra played a program of movie music in the old town square, in the center of town, near the cathedral, as the sun set.
Groups of people doing an evening wine tour, raised their glasses and saluted loudly.

As night fell, we strolled the streets, trying to find places to eat.
Some restaurants displayed menus with seafood dishes ranging from $50-$100.
A tasting menu was $150 per person.
The food looked ok, nothing special and much like the rest of the food we saw along the coast, which actually looks better than it tastes.
We were remembering fondly the superb, fresh food we had in Slovenia by the sea….

At least it is not the frozen food that we heard is now being served in other, similar places that, like Dubrovnik, are completely overwhelmed by tourists in cars or buses, and cruise ships full of tourists.

Despite our best efforts to spot a place with good food, we ate a mediocre dinner.
We had left most of the contents of our backpacks in our car, parked outside the old city.
We took just a few articles of clothing and our toiletries.

We also had left our tea and our teapot in the car, so we looked for a place to have tea after dinner.
In a small alley near our apartment, we found a tiny cafe that was open very late.

A man playing the guitar sat in the corner, and we ordered some good tea and a slice of apple pie.
We enjoyed the quiet and watched funny old black and white silent movies of Buster Keaton’s, which were projected outside on the white fence of the cafe.
It was a charming evening.

The next day we walked around Dubrovnik.
The Old Town is encircled with massive stone walls that were originally built in the 7th century and then reinforced in the 14th century.

Nobody can deny it is a stunningly beautiful place, as are the old towns of Split and Sibenik.
The well-preserved buildings in Dubrovnik’s old city, range from Baroque to Renaissance to Gothic.

Paved with limestone, the pedestrian only Stradun (or Placa) is lined with shops, ice cream parlors, candy stores, bars, cafes and restaurants packed to the brim with tourists.

I observed that the tourists were mostly taking selfies of themselves in which their smiling faces are featured in the middle of the photo, and the ancient Gothic or Renaissance towers can be vaguely detected somewhere in the blurry corners of the selfie.

Young girls took selfies with their ice creams, posed pouting or blew kisses at their cell phones, as they flared their beautiful hair into the camera.

Retired Americans on their cycling trips across the Croatian Coast posed in groups, all wearing bright colored Lycra, helmets and cycling shoes.
With thumbs-up or v-for-victory signs, they had overcome the hills and now it was time to drink beer or wine.
Despite their cycling efforts, they all sprouted large bellies.
No doubt they felt that they had “earned” their desserts or their wine on the hills of Croatia.

Disoriented tourists from the cruise ships walked in a long line following their guides holding a flag or an unopened umbrella.
Going through the fruit market, examining the delicious little figs and lavender products.

I have heard a very fat women who could barely walk, saying she craves the figs but she is not allowed to eat fruit.
She eats only fats and animal protein with vegetables, as advocated by the Atkins and Paleo diets.

I felt a wave of sadness wash over me.
How did we get so confused as a human race?….
How did we lose our way so much as to lose sight of the fundamental truths….
Here is a woman who clearly represent everything that is wrong in our sets of beliefs about food.

Despite evidence to the contrary, she is now convinced that fresh local fruit, vegetables, seeds legumes, whole grains and nuts, which are the only food we should consume, is making her fat.

While the food we should minimize or avoid, coming from animal flesh that were killed and slaughtered, is good diet food…

And then there are the quantities of food…. we simply eat too much.
Even healthy food should be eaten in small quantities.
On average, we should eat only about twenty to thirty percent the amount of food we do eat.
I am no better, I overeat all the time and often indulge in foods I know are not healthy.

Do I sound a little cynical?
Well…. maybe I foolishly thought I would see a different Croatia.
I feel overwhelmed by the massive amount of tourists in Dubrovnik.

My mother, who had toured the area well over twenty years ago, described village people in traditional clothing, local music and rural delights.
I see none of it today.

Croatia is fully modern, and no one is wearing traditional clothing, unless they try to sell something to the tourists.
The country has been given over to the fat tourists.

The locals all service and milk the “tourist golden cow,” for as long as it produces milk…

Yes, maybe I do not find it charming to walk in a busy line with tens of thousands of other tourists along the old city walls, a “privilege” that costs €25 per person, just to walk 2 km along a wall which you can clearly see from the old city below and the road above.

Last year, Unesco warned that the cruise ships may endanger the sustainability of this city, and they might withdraw the world heritage status of Dubrovnik.

The locals have all moved out of the city.
Only 1157 locals still live in the old town.
The locals talk to the newspapers and the media about the “death of Dubrovnik” with heavy hearts.

Most locals had moved out while using their run down old properties as apartment rental income.

In peak season it can take 40 minutes just to cross the small Stradun, the city’s 300-metre long pedestrian street, because it is packed shoulder to shoulder with people.

The fish market in the Old Harbor no longer opens.
Come the winter, the Old Town is deserted except for film crews – Game of Thrones, Star Wars and Robin Hood all filmed in the city.

The cruise ship passengers have only about three hours, after docking and disembarkation, to see the city.

Besides arriving all at once, and thus creating queues and crowding in all of the narrow alleys, the cruise ship passengers spend very little money ashore.
They are on all-inclusive meal packages on their ships, and they do not have enough time in the city to do much more than walk the city walls and buy an ice cream.

Trying to pay for their ice creams, you will overhear comments in the Old Town like: “Excuse me, what country are we in now?”

Or a more funny one:
“What do you mean, you don’t take Euros?
The whole of Italy takes Euros!”

The ice cream seller nods his head with a sad smile…
“Sorry sir, this is not Italy…. we take Kuna, the Croatian currency…”

But I do not like to stay cynical for long…
The reason Croatia is so packed with tourists, is because it is beautiful and easy to tour.
You can drink the water and sleep like a king, and eat food you would normally eat at home, but a little cheaper.

An early evening heavy rain had closed all the restaurants which only have outdoor seatings.
We chose a restaurant we would not normally eat at, simply because they had indoor seatings.

Next to us a British man dined alone.
It was his birthday and we sang a birthday song for him.

At night as jules drifted on to sleep, I sat and read the RA Material, “The Law Of One.”
Soft guitar music drifted into our apartment and I felt calm with a wave of contentment washing over me.

Inner peace comes when one stops resisting what is, and allow oneself to enjoy the beauty of the moment.
I felt so grateful….

I reminded myself that I need do more than feel love towards others.
The word, “Love,” implies a great deal more.
It implies a UNITY that is so great, that I should not see others simply as close friends, or brothers and sisters in the ONE human family, but ideally, see all of us as ONE BEING…. all of us together makes The Creator Of all there is….

From Dubrovnik, I am sending you thoughts of Light, Unity and Love…
Tali

← The Old Cities of Sibenik and Split, on the Dalmatian Coast In Croatia
The Bay Of Kotor, Montenegro →