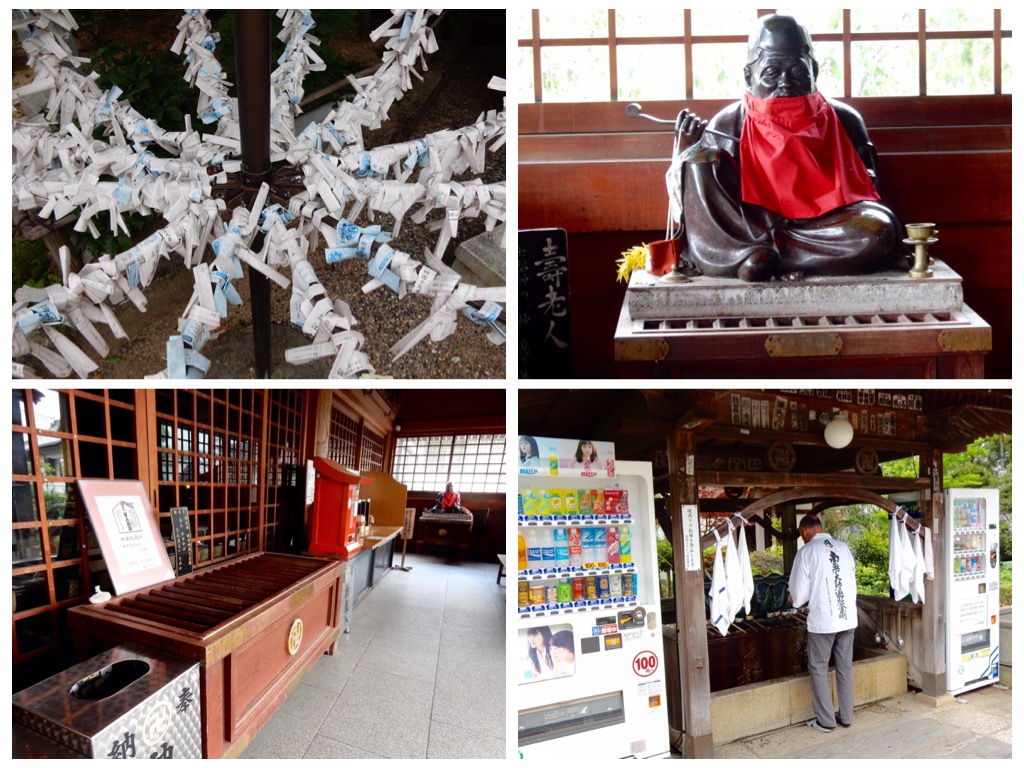 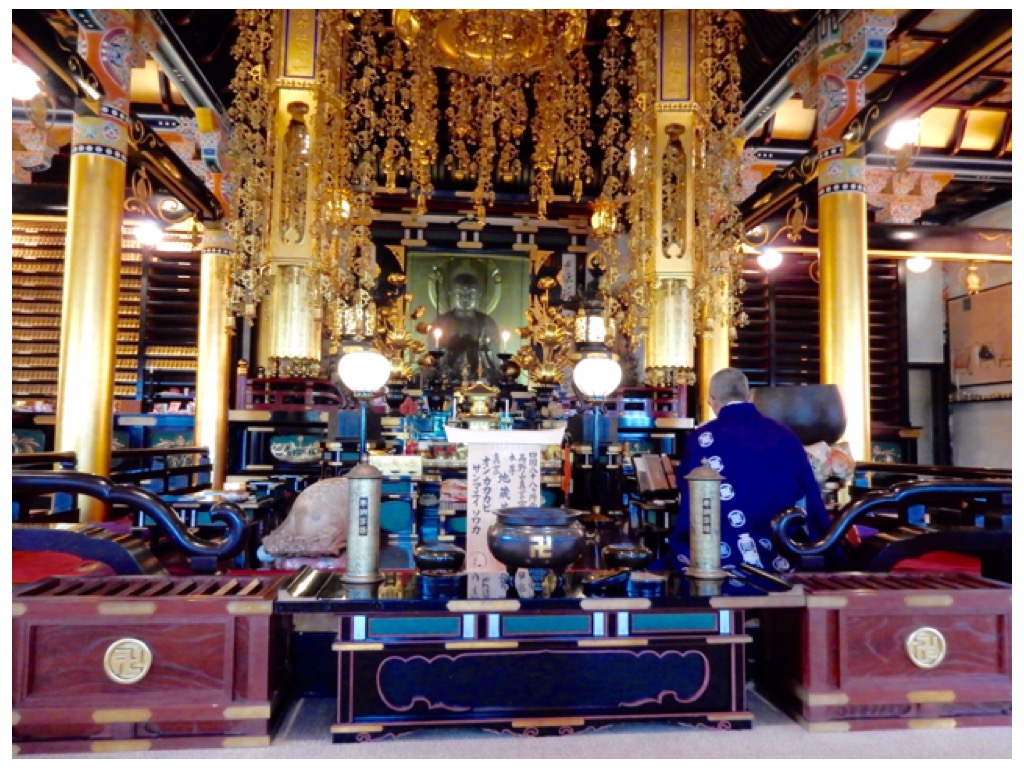 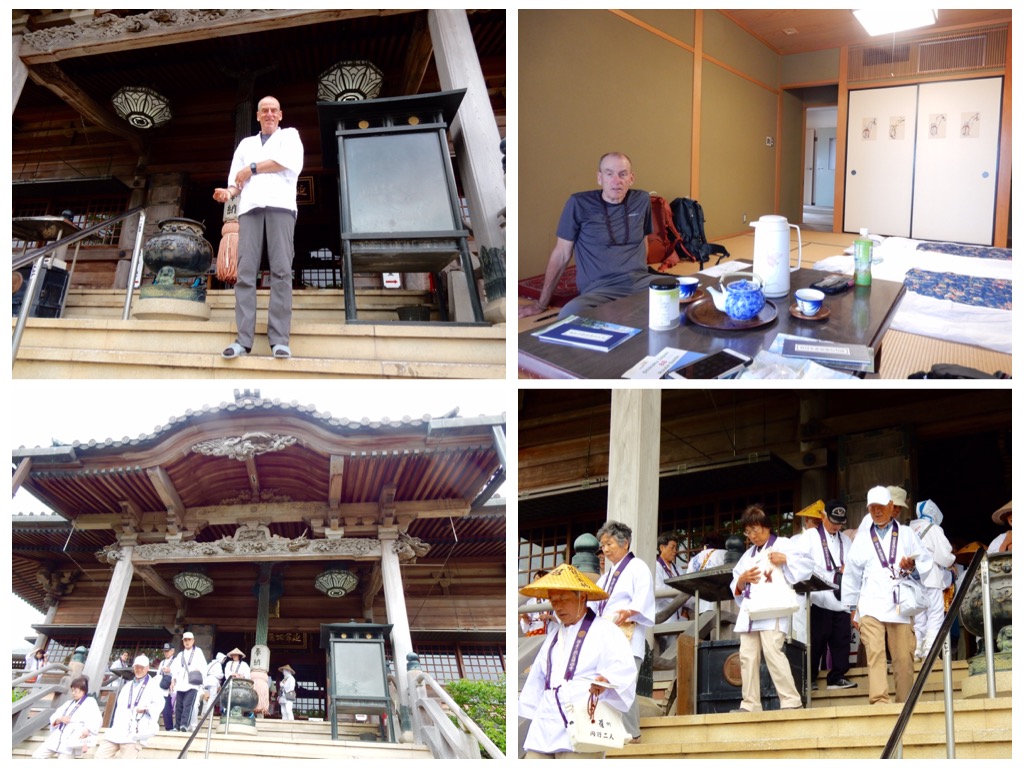 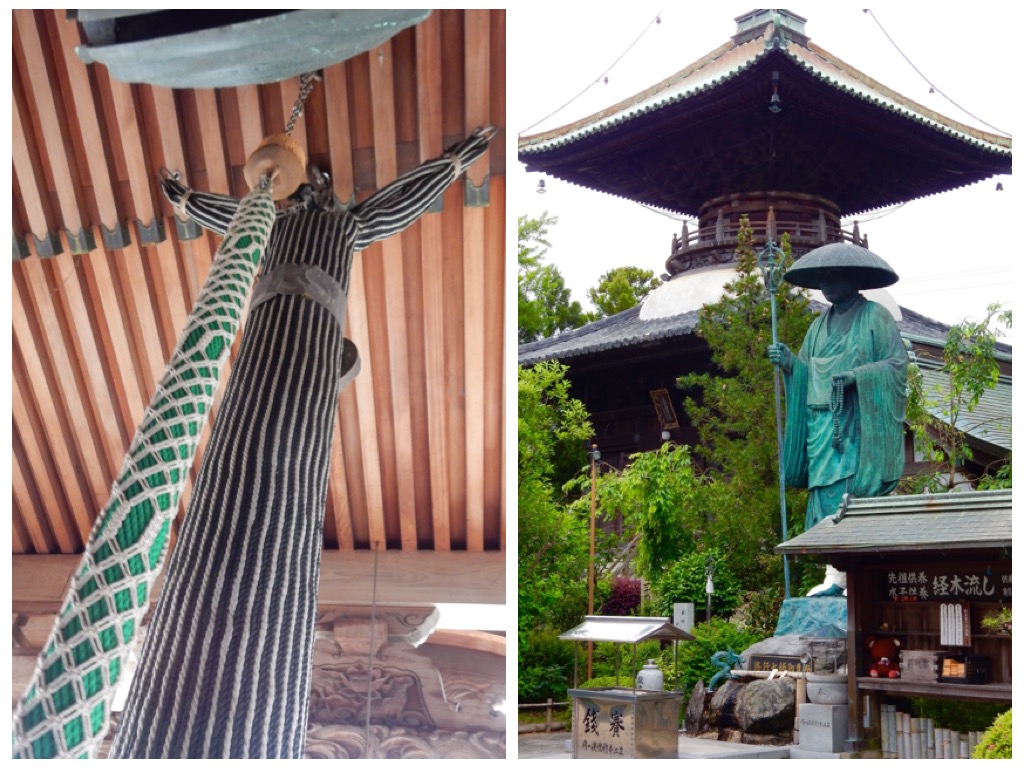 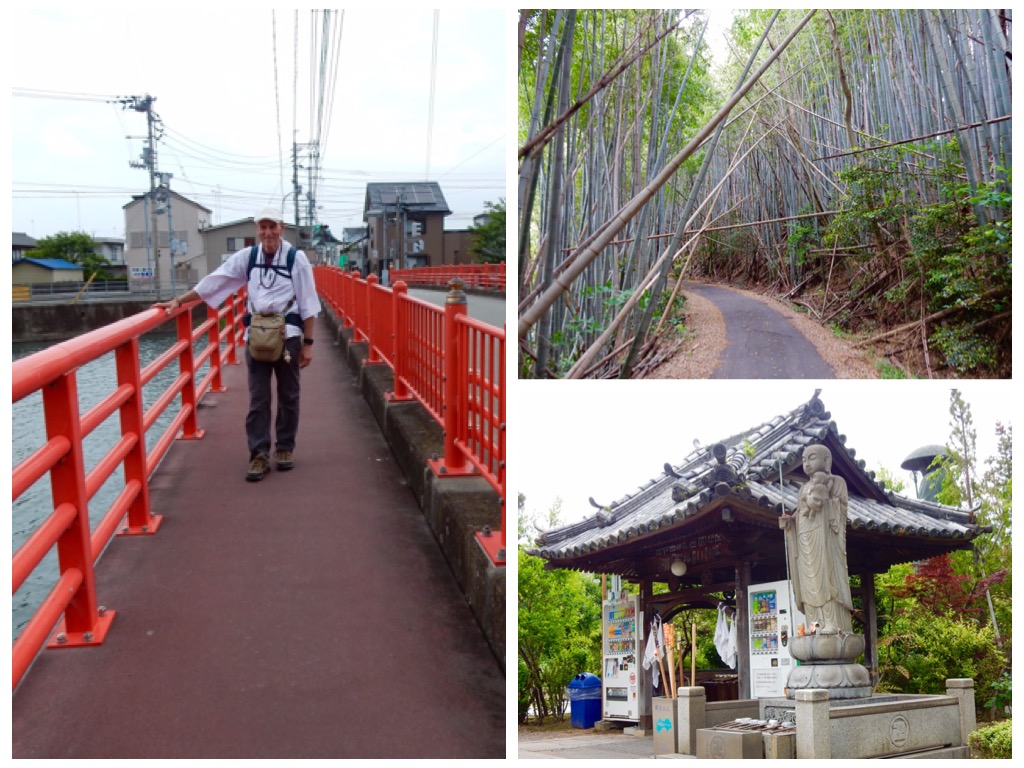 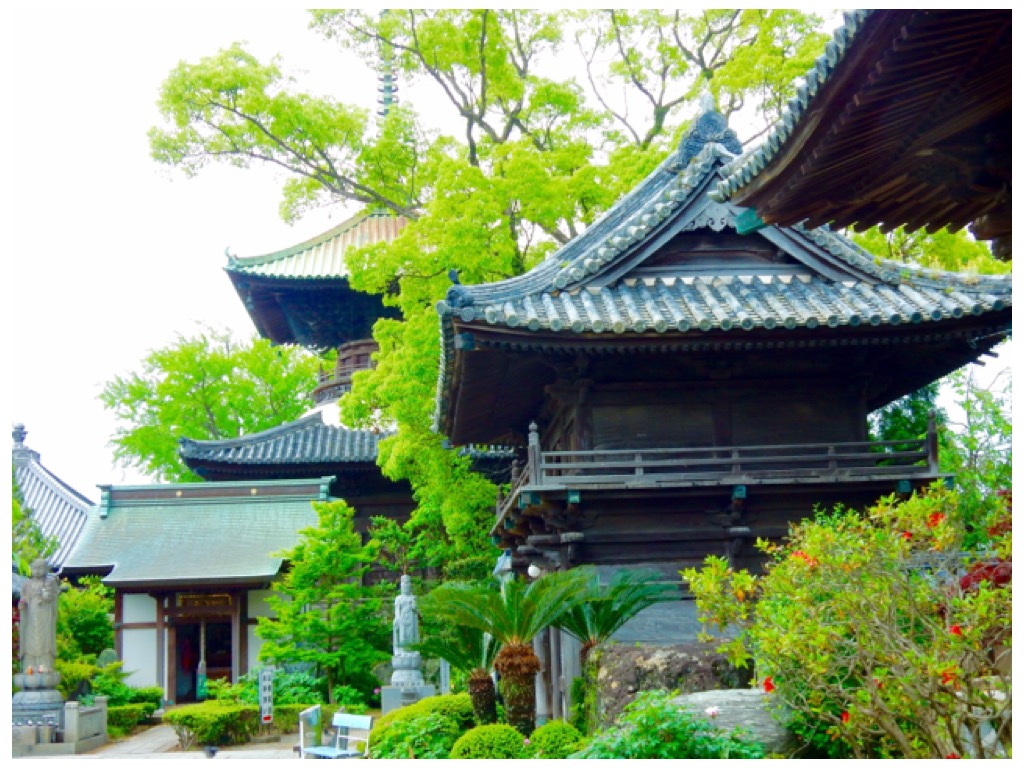 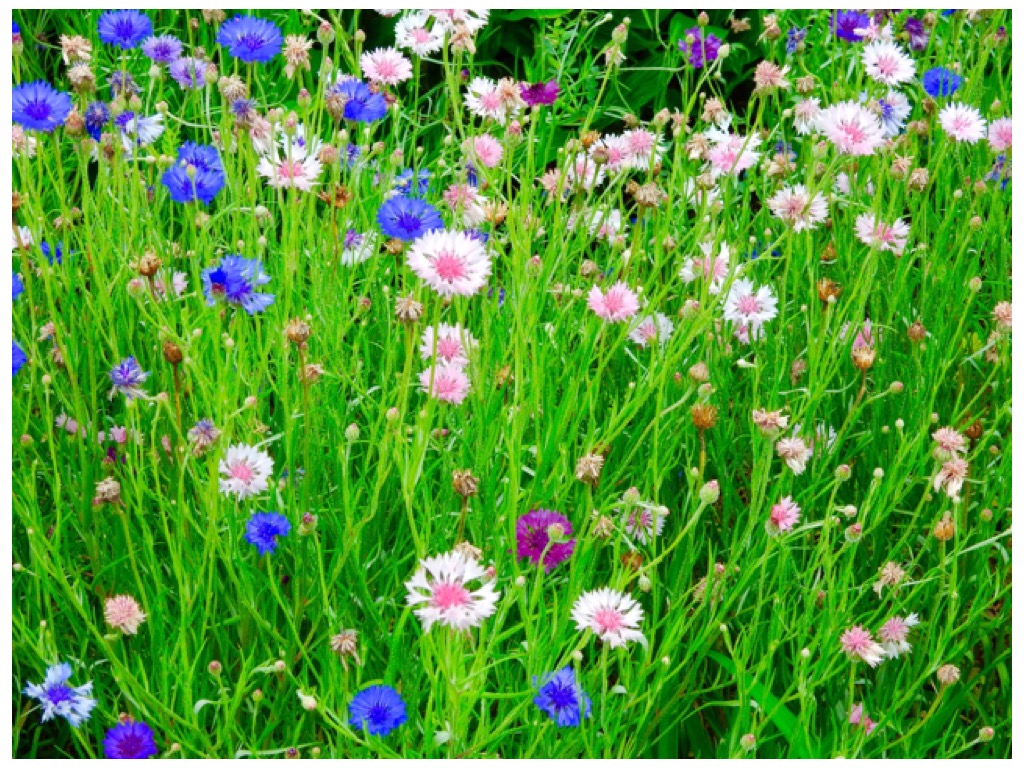 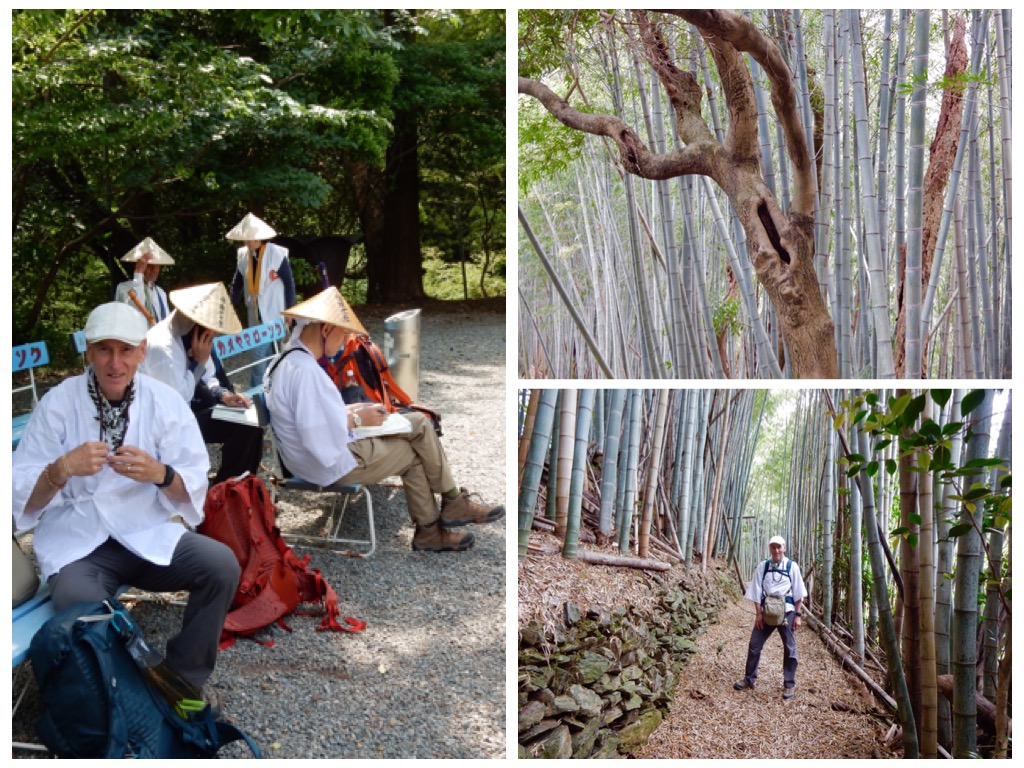 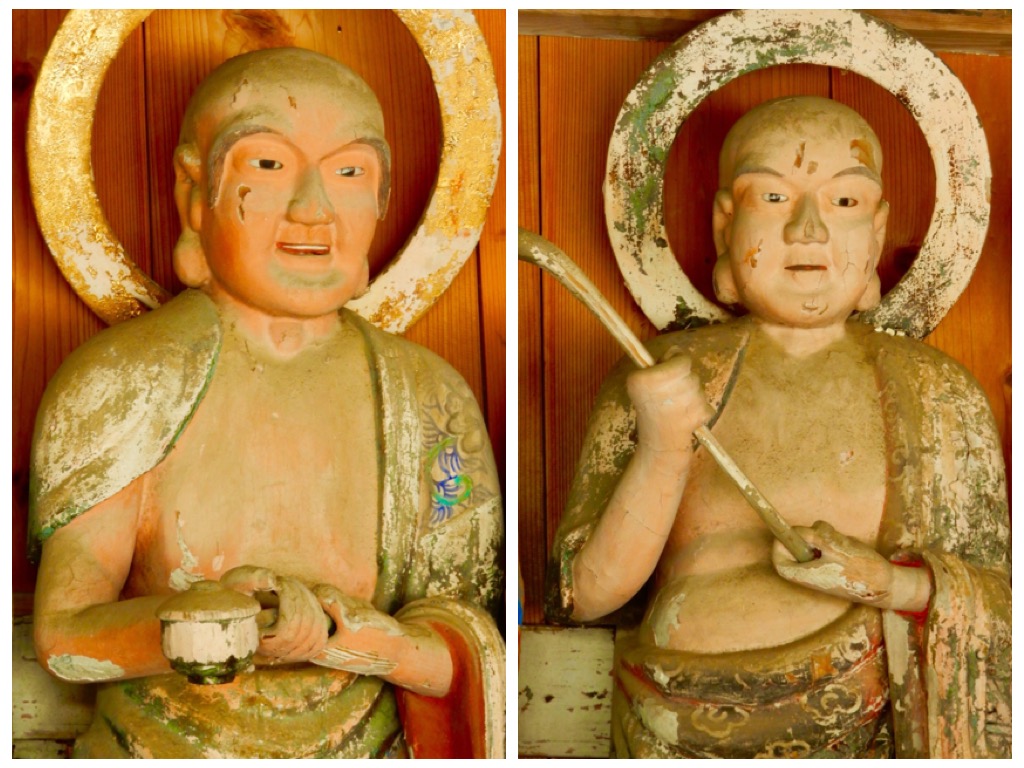 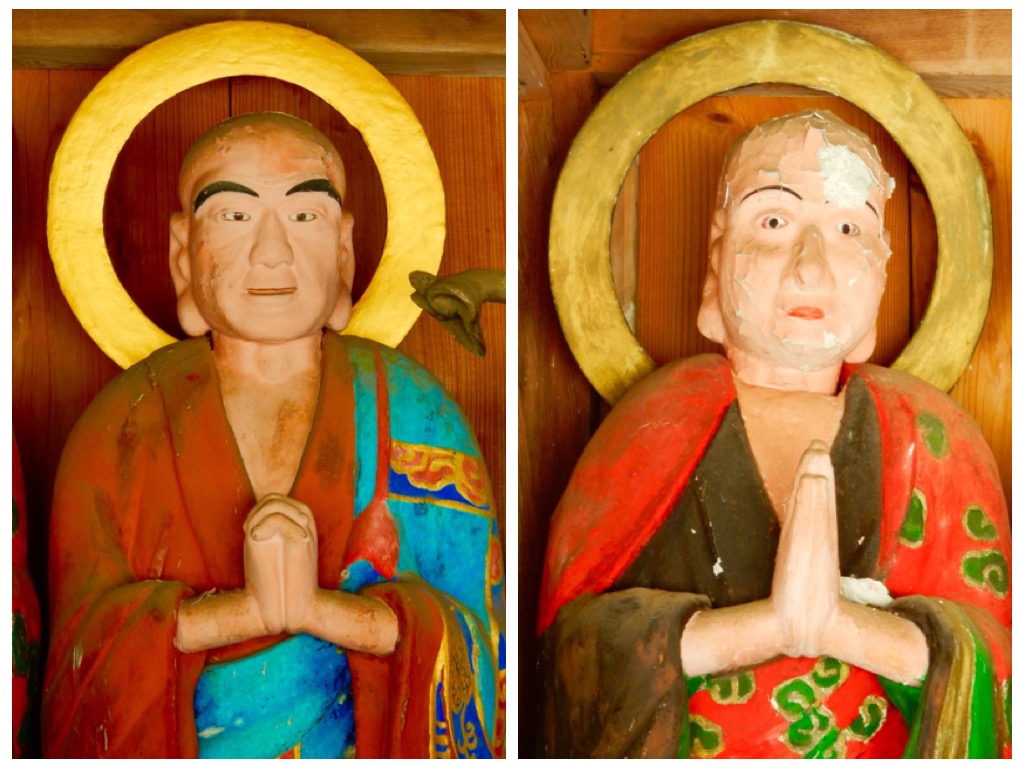 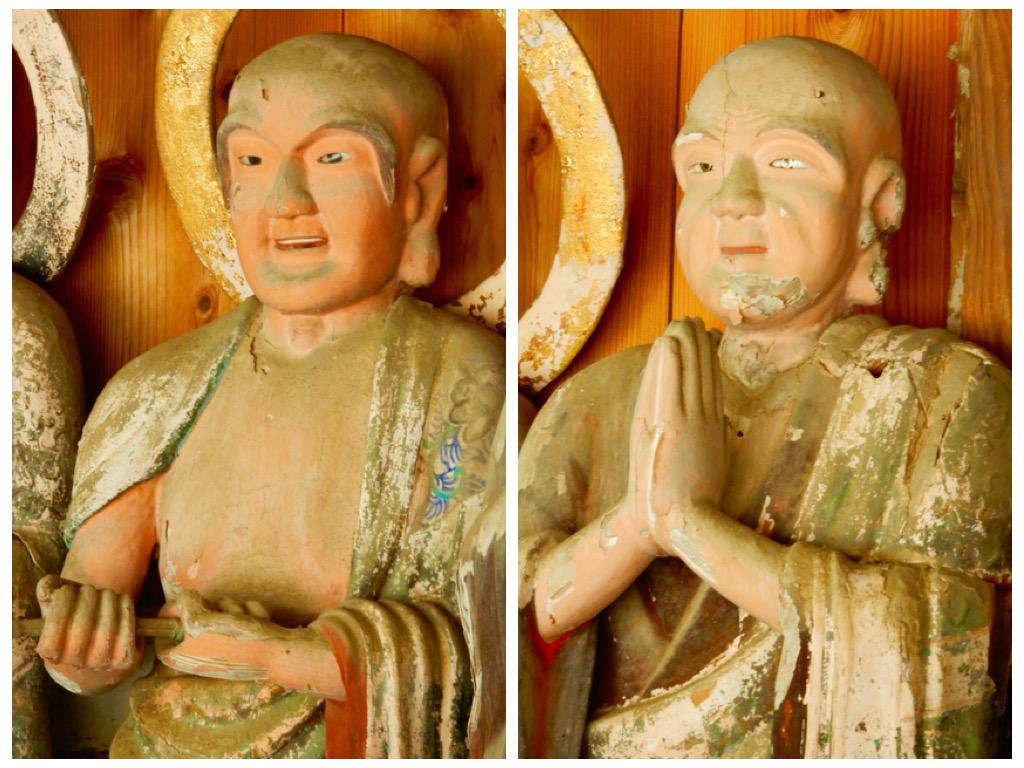 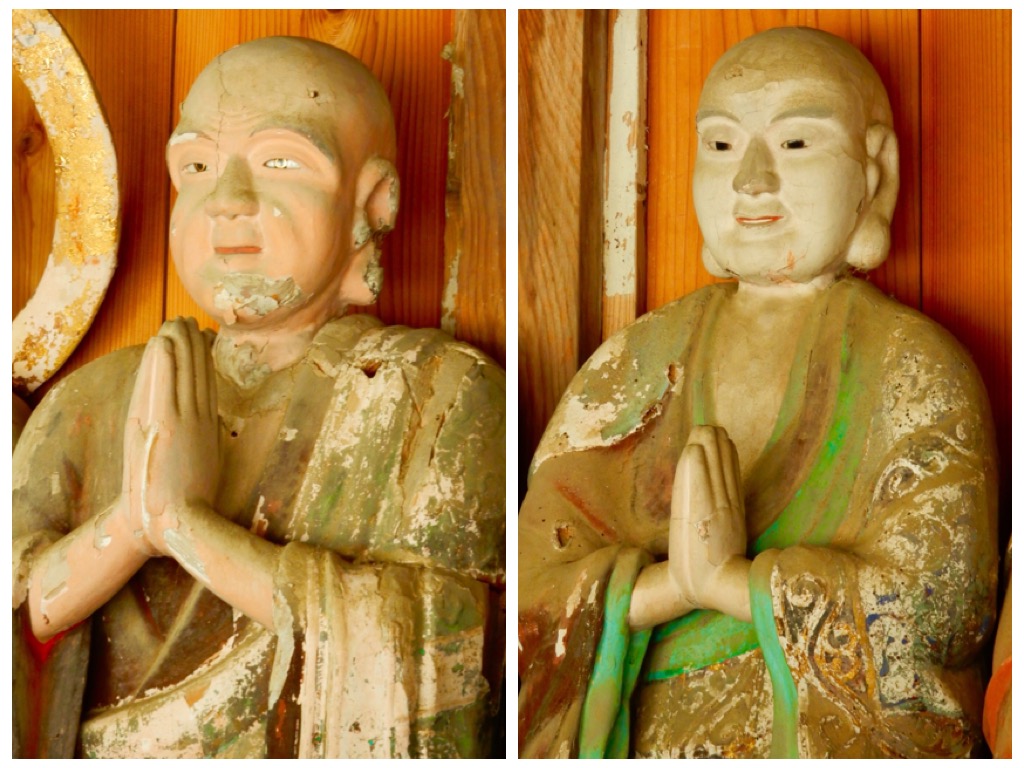 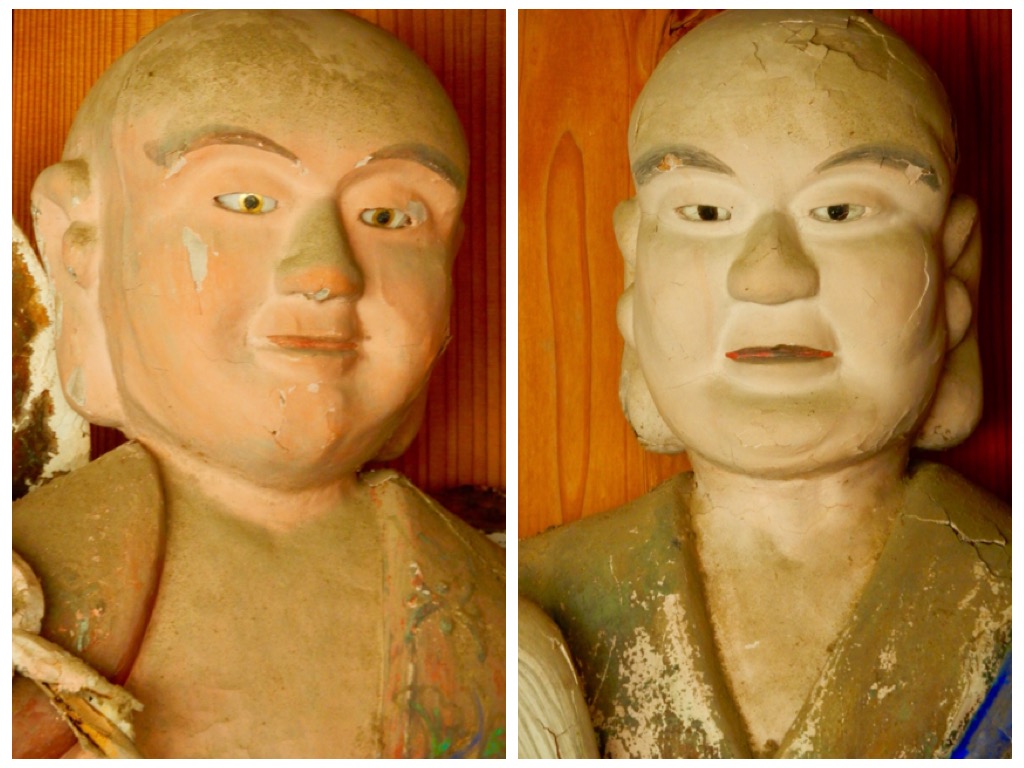 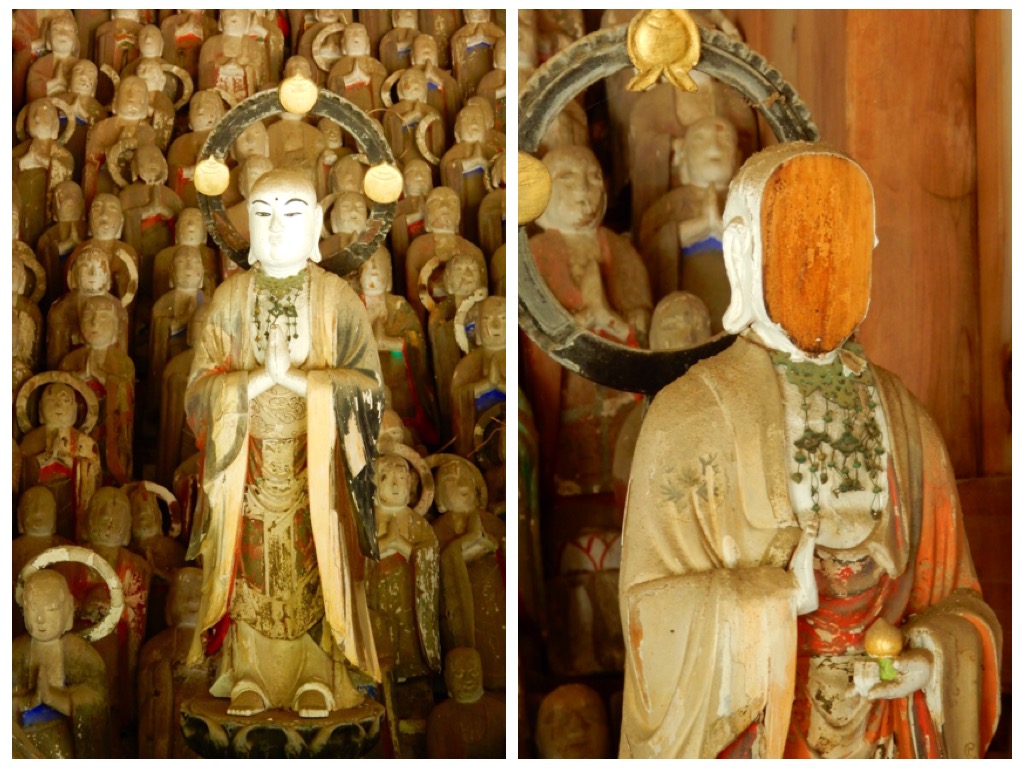 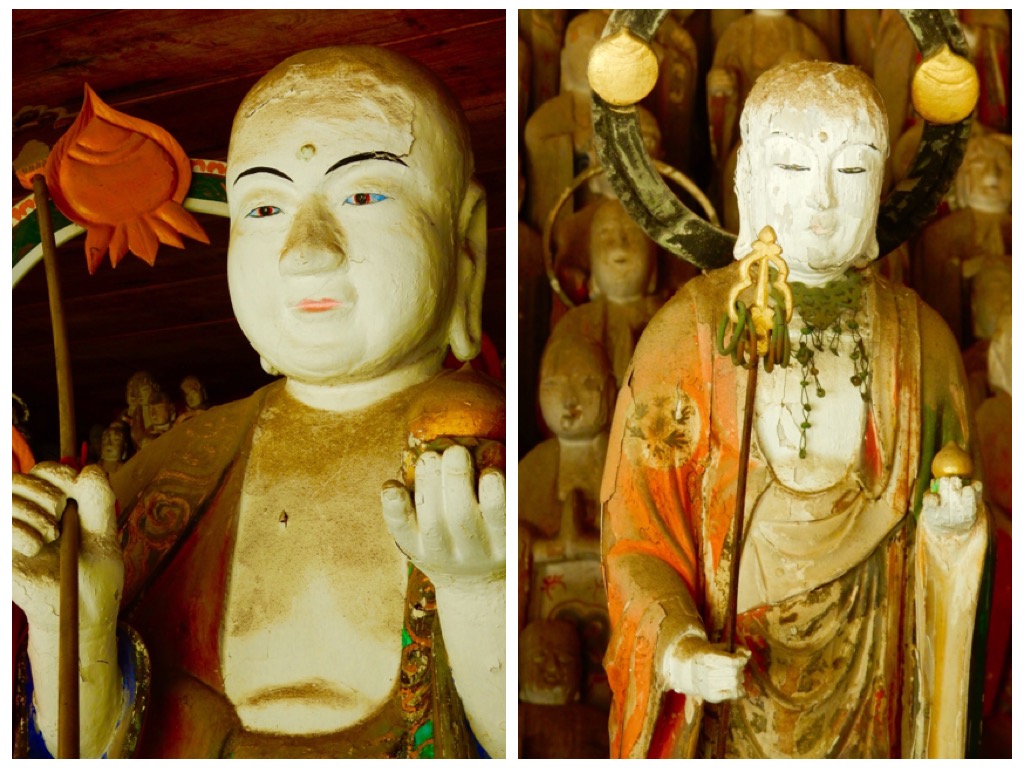 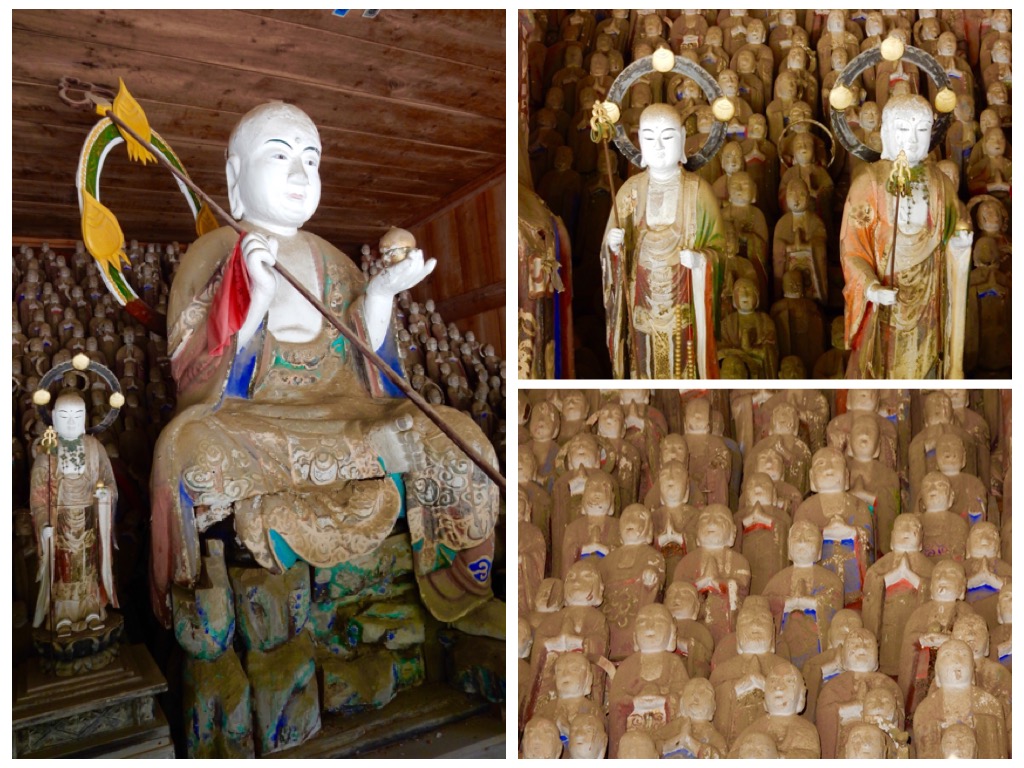 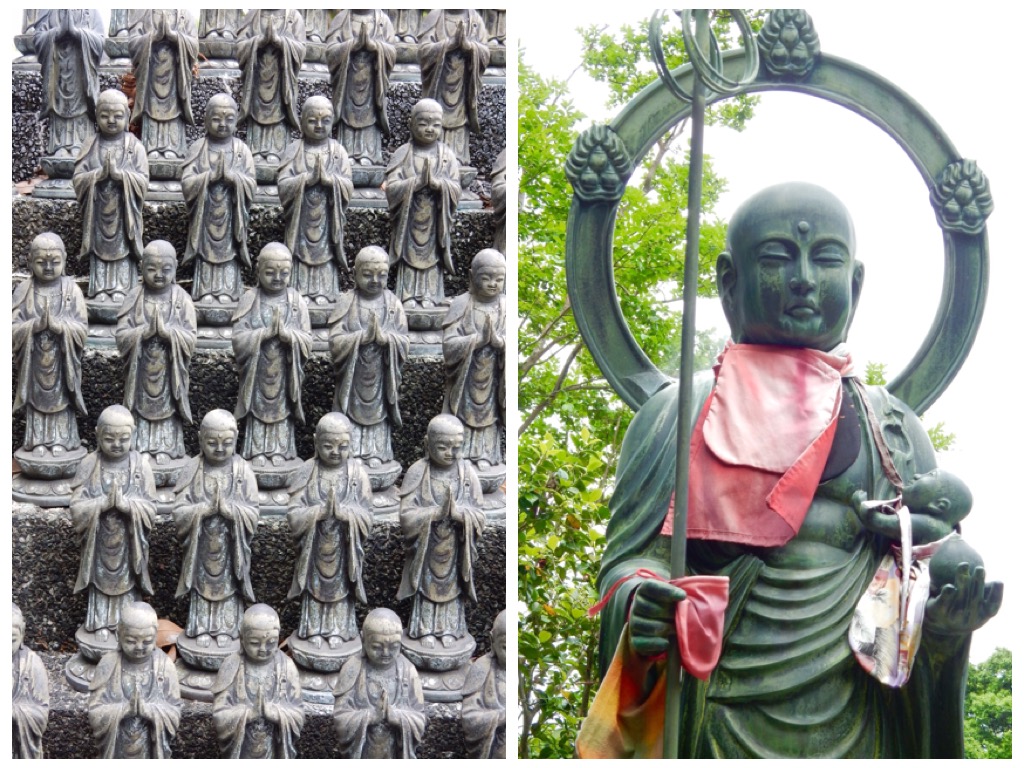 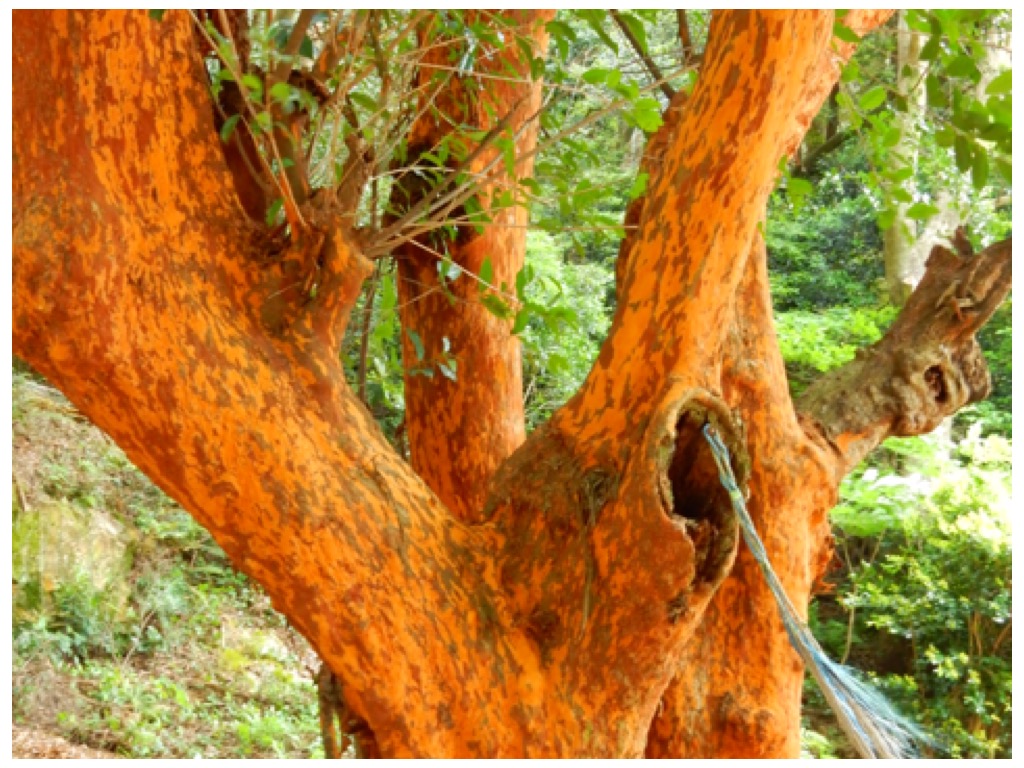 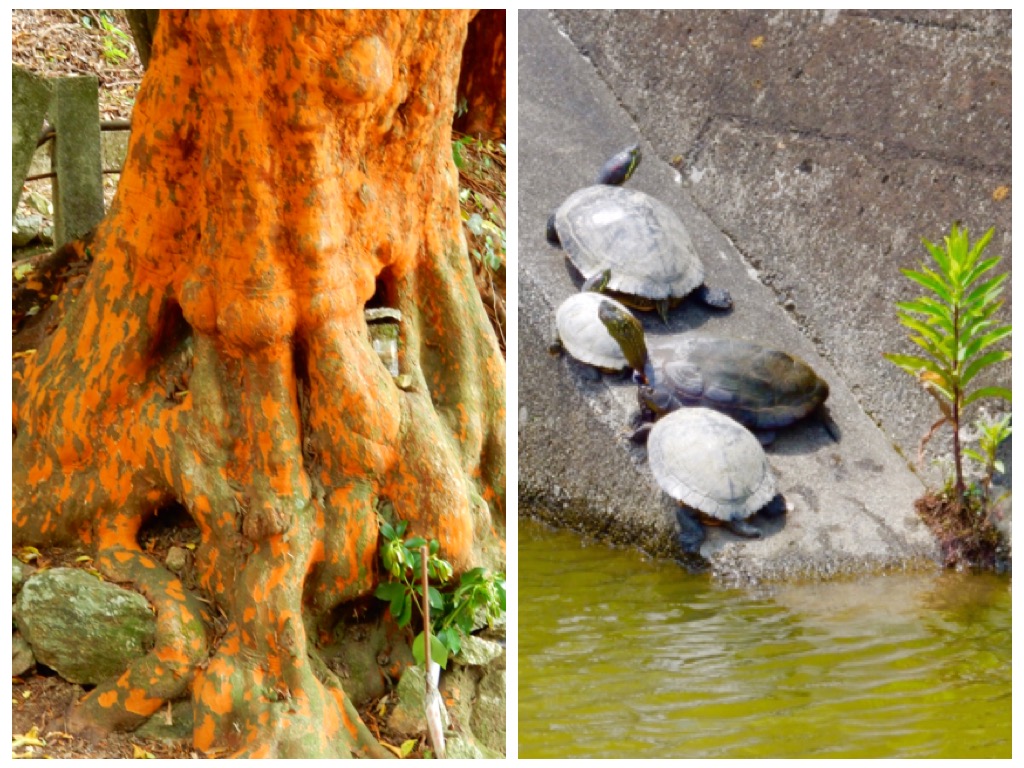 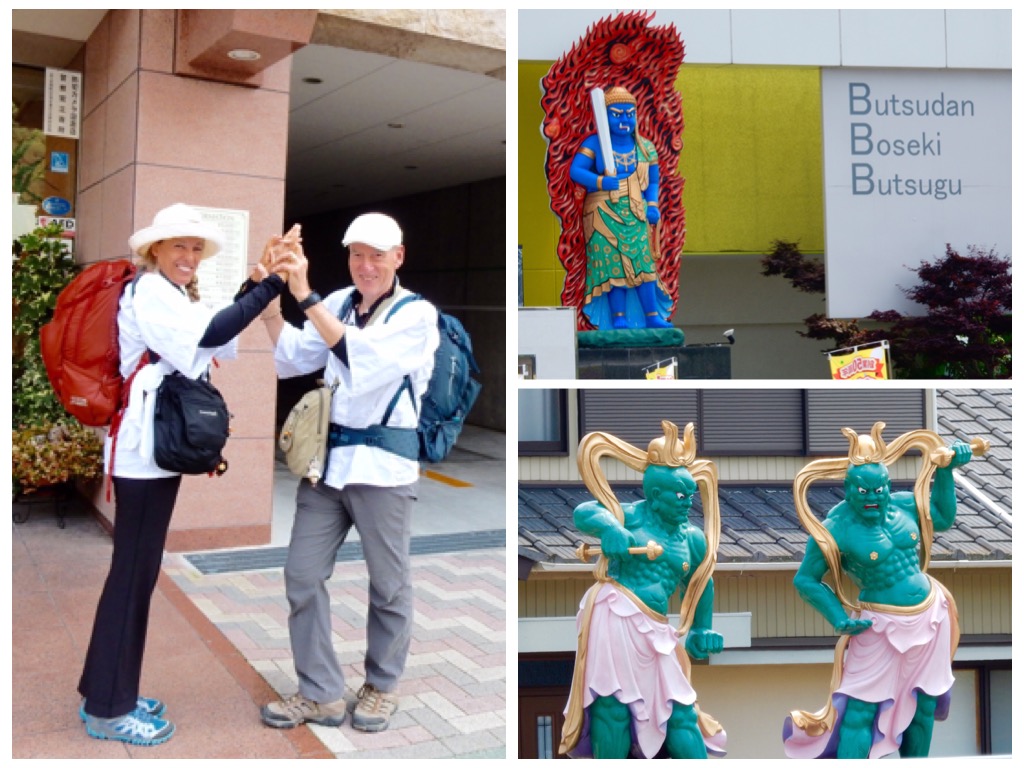 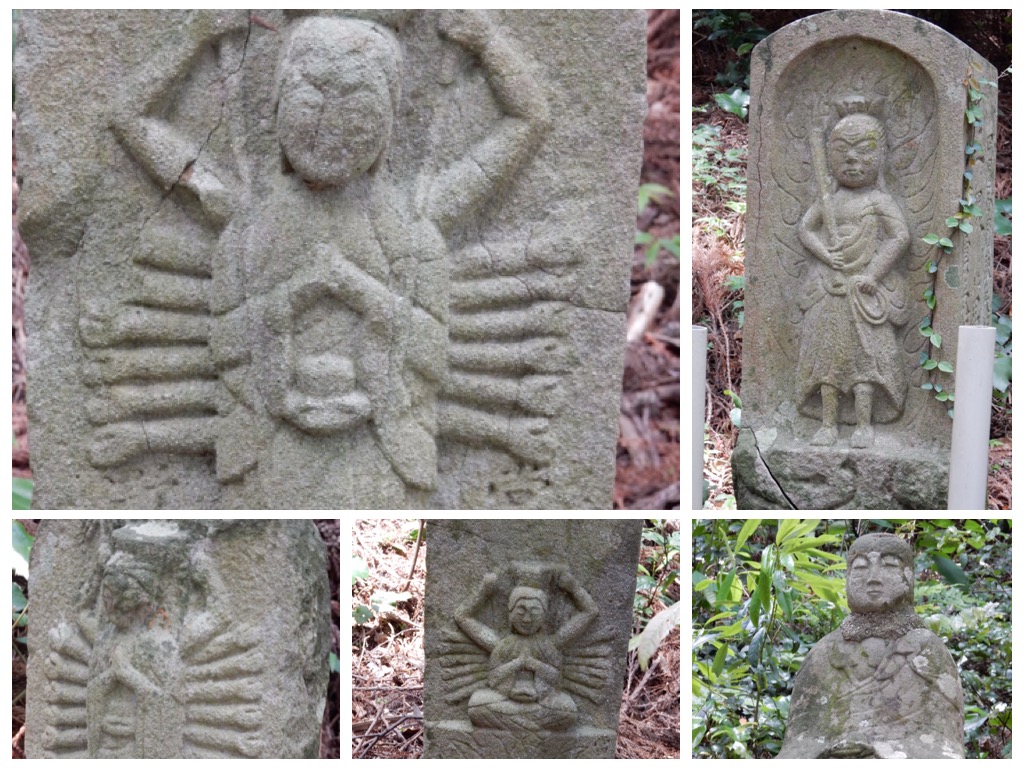 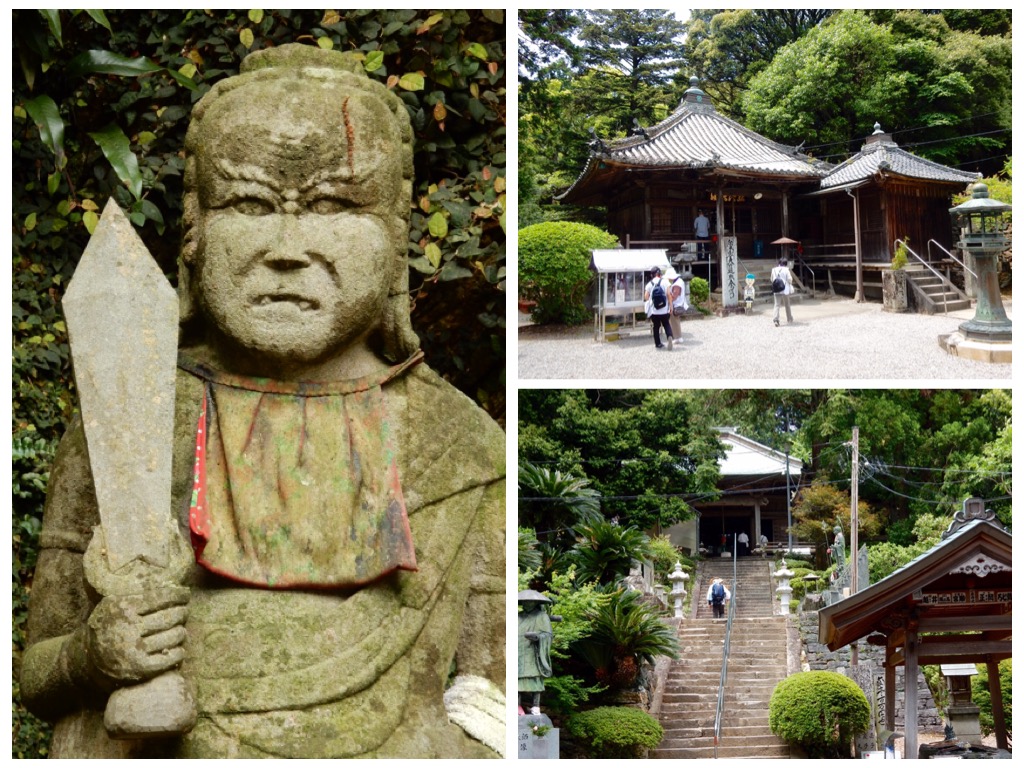 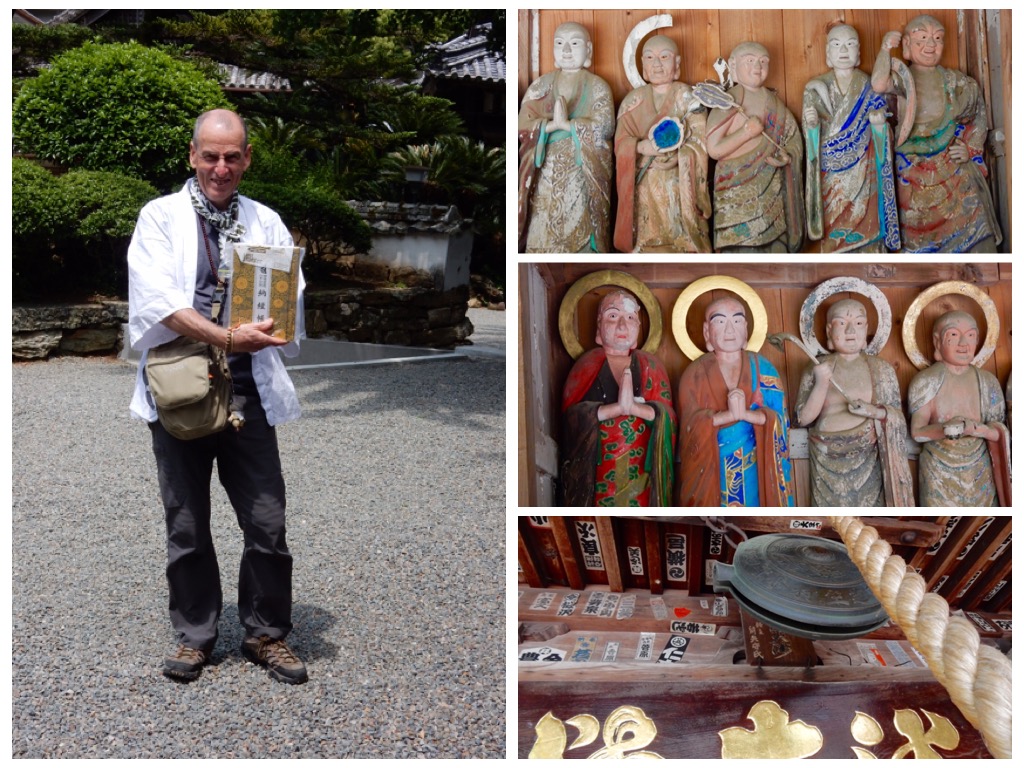 This morning we checked out of our comfortable hotel in Tokushima city.
The night before we had done all of our laundry, so we are now heading south, towards Kochi Prefecture, with clean clothes.

We eliminated even more of the things we’d planned to carry in our backpacks, and left them for long term storage at our hotel until our return to Tokishima, at least a month and a half from now.

Today we also wore our pilgrims’ white jackets (called “Hakui” in Japanese) for the very first time.
Until now, I wasn’t very comfortable displaying to everyone we pass, that we are pilgrims.
Now, with our jackets and bells (to warn wild bears that we are coming and to remind us to keep our minds on the Truth), I felt a little like we are two clowns in a circus that has come to town….

It was also the first day in which I carried my full backpack.
Until today, I had left most of my things in storage in the hotel and walked only with a tiny overnight rucksack partially filled with some snacks.

Walking with my backpack feels SO much heavier than with a tiny pack.
It feels as if I’ve gained fifty pounds overnight!
My ankles, knees and back did not like AT ALL, having all this weight on me.

Instead of eating a Japanese breakfast at our hotel like we’ve done before, we went to Starbucks early this morning.
In Japan, Starbucks not only serves cakes and scones, they also have sandwiches filled with avocado and shrimp, or pumpkin, and also really tasty wraps.
The other difference is that a Starbucks sandwich in Japan is made form one slice of bread folded over to make a half-sandwich.
For me, it is exactly the amount I like to eat.

After our Earl Grey and Hibiscus teas, we left and began walking towards our path.
A man came up to us and started chatting.
He said he is French but he lives in Florida and that he has just completed his pilgrimage.

Meantime, as we walked by the side of the road out of Tokushima, I felt heavy and weak.

I was just happy to take off my loaded pack and rest my feet, and eat an apple and a few nuts.

I joked with Jules about the fact that I am a little disappointed with my specialized climbers’ backpack.
The Black Diamond website made it sound like the pack would be able to walk by itself or even to carry me…. But alas, with all of its technical bells and whistles, it is just a backpack that sits heavily on my back….

Jules seemed to be doing great and very “Genki” (Japanese for ‘strong’).
In Japan, when you want to ask someone “How are you doing?”
You ask “O genki desu ka?,” which actually translates to: “Are you strong?”
Whenever I asked this question, people always reply: “Hai, Genki desu!” – “Yes, I am strong!”

In the past few days we kept running into the same few walking pilgrims again and again.
There is one Japanese man in particular, who always answers me: “Genki Nai!” – “I am not strong at all!”
And then he takes off his pack and lights a cigarette.

I tried to convince him that the pilgrimage would be much easier if he stopped smoking and started loving his lungs and bringing more light to his whole chest area, but he sheepishly admitted to being addicted and too weak to stop.

Jules is very Genki.
When we took Japanese lessons in Sapporo, it is the first term everyone used to describe Jules.

Jules adds: “Today was an interesting day of walking for me.
At the beginning of the route, along the busy and noisy highway leaving Tokushima, I felt buffeted by the wind, and, like Tali, slow on my feet.
But as the day went on, I felt stronger, rather than weaker, as I focused more on the spiritual lessons I was listening to on my iPod than on every little ache and pain.
My walking developed a rhythm of its own that carried me along with much less effort, and before I knew it, we had reached temple 19.”

Usually I feel strong, but today I felt a little “Mushi Kaki”
“Mushi Kaki” is actually the name for a dish of grilled Oysters that are served during special street festivals.
They grill those huge and very fresh oysters in their shells, with some seawater for seasoning.

I loved eating Mushi Kaki while in Sapporo, and I always remembered how to order it, because a soft oyster is Mushy.
I never thought that I myself would ever feel like a Mushi Kaki.

On the way we ate an ice cream, wild strawberries, lots of kumquats, and black mulberries that were delicious and sweet, but stained my teeth and my lips red.

We had a short climb to Ozanji, temple 18.

It was a quiet and serene temple, and we rested there.
There was a long wooden building near the entrance that had a wonderful group of carved wooden sculptures of Arahats (disciples of Lord Buddha who have attained enlightenment themselves).
I complained to them about the pain in my calves, feet and back, and I distinctly heard them tell me to remember that pain is just an illusion of the lower material planes.

I ate some of the Kumquats that I had found along the way.
Jules does not share my passion for the abundance of edible fruit and herbs I find along the way.
I view it as if Mother Earth is giving me an Osettai (offerings made to pilgrims) all along the path.

At Ozanji, we saw other Japanese pilgrims going over their maps and trying to make reservations for the night.
We also met a young German girl who was doing the pilgrimage alone.
She was pushing her bicycle up the hill to the temple.
She told us that she received her Mamachari bike as an Osettai.
A Mamachari is the two-wheel Japanese equivalent of the family station wagon, super-durable but heavy and a bit clunky.

On the way back, she zoomed down the hill and wished us a good journey.
I had read the blog of another man who did the whole pilgrimage on his high speed bicycle.
It took him 15 days to do what will take us more than two months.

We had made reservations at the Shukubo (temple lodging) at our next temple, Tatsueji- temple 19.
Tatsueji is a serene old rural temple with many stories about it.
Here is the most famous one:
“Legend states that, in the 19th century, a woman named Okyō came to Shikoku with her lover to escape the authorities.
They had killed her husband in order to be together.
To escape the authorities, they disguised themselves as henro and were following the other henro around the pilgrimage.
When they reached Temple 19, as she tried to ring the bell to start her prayers, Okyō’s hair suddenly stood on end and got entangled in the bell’s rope.
After struggling, she got herself free but all of her hair, and part of her scalp, remained entangled in the rope, leaving her with the monastic haircut.
Taking this as a sign from Kobō Daishi, the couple both became devout Buddhists, she becoming a nun and he a monk.
She lived the rest of her life in a small chapel owned by the temple and devoted her life to prayers while he became a temple laborer.
Okyō’s hair and scalp can still be seen at the temple in a little glass-encased shrine just off the walkway.”

We were shown to our spacious and wonderful Tatami mat room by a friendly monk who spoke English.
He inquired about our next day’s plan and reservations and made another suggestion.
We agreed to his suggestion and he phoned for us and changed our reservation.
I felt very grateful for his help.

Tonight we are the only guests in the Temple Shukubo.
Still, the head monk performed the evening ceremony just for us.
We sat in the temple main hall facing the big golden Buddha, surrounded by lanterns and candles and two large wall paintings on each side.

The monk was wearing his purple ceremonial robes.
He chanted the sutras and rang a big brass gong with a wooden mallet.

We took great showers, changed into our Yukatas (casual summer kimonos) and were served dinner in a private room by the kitchen.
The food was great – noodles in a mushroom broth, a cucumber salad, steamed root vegetables, vegetable tempura, steamed rice, a pounded rice cake wrapped in a pickled leaf, green tea and a fresh mandarin.

Tomorrow we are facing one of the hardest days of the whole pilgrimage.
We have to climb the mountains of TWO Nanshos.

The first climb is to the mountaintop temple 20, and then, because there are no accommodations nearby and none in the temple itself, we have to walk down the mountain, just to continue to climb another mountain to temple 21.

There are also no accommodations near temple 21, so we have to take a ropeway (a sort of small gondola) down to the village below to stay in a rural hotel that has an Onsen (natural hot spring baths).

I have to admit that I am a little scared….
I have never climbed a mountain before with such a heavy backpack….let alone TWO mountains in one day….

A pilgrimage really challenges your mental, physical and spiritual endurance.
It forces you to be flexible and light on your feet.
You constantly have to question yourself and trust your decisions., trusting that they will be divinely inspired.

Feeling weak and lost becomes your normal state of mind.

This pilgrimage is not for people who have rigid ideas about reality, about
what they want to do, see, hear, smell, think and how to perceive the world and other people.

It is also not so beneficial for those who do it on a very tight budget, because their minds are focused on the cost of everything instead of on attaining insight and enlightenment.

A pilgrimage is full of serendipity.
In this pilgrimage, we are climbing as spiritual aspirants, towards God.
We need to conquer moods, habits, and desires, in order to free the temple of life (our bodies and our minds) from the darkness of ignorance and the weakness of disease, so we can perceive God’s presence in us.