A bit about the art scene in NYC, and a few NYC restaurant recommendations 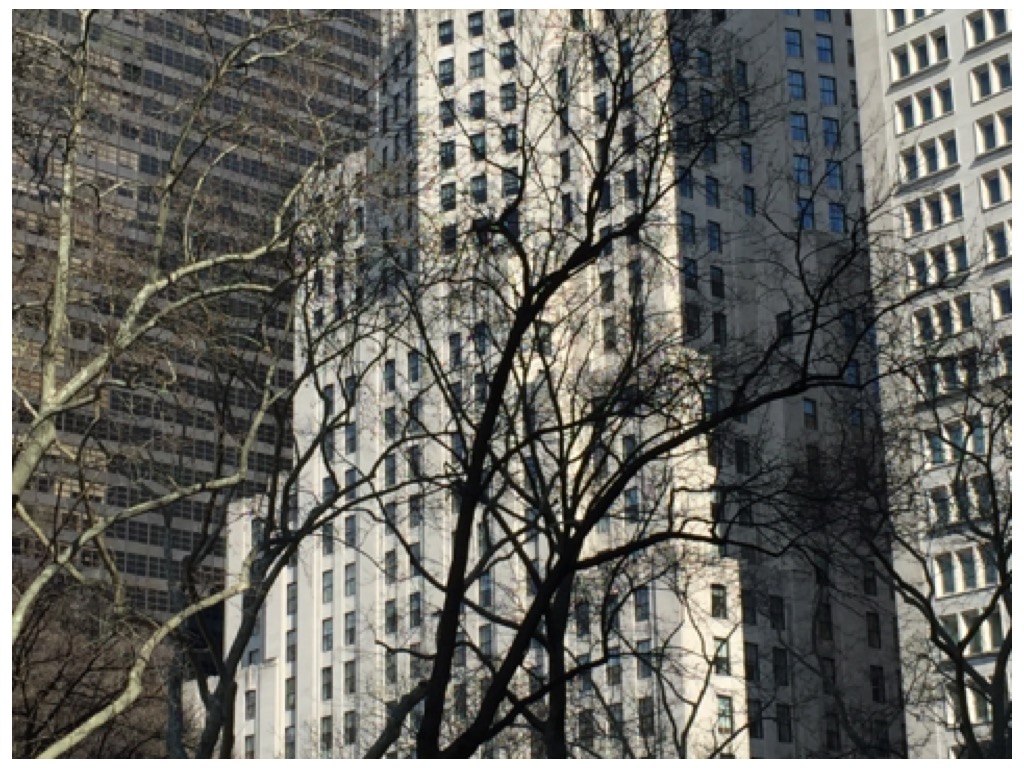 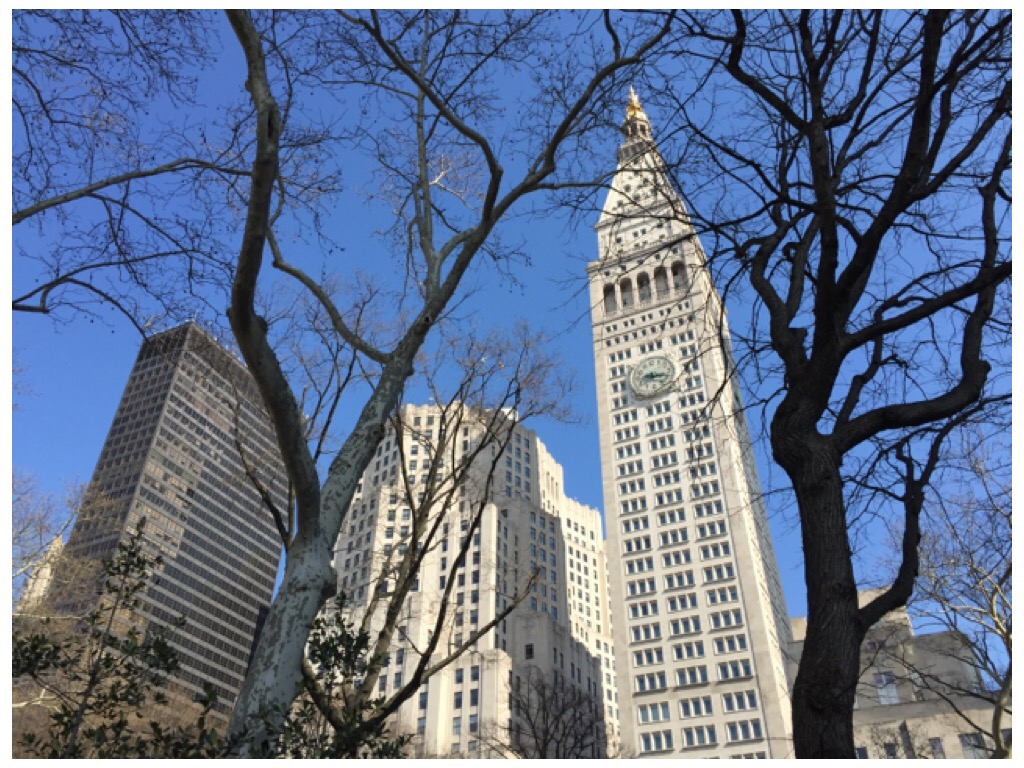 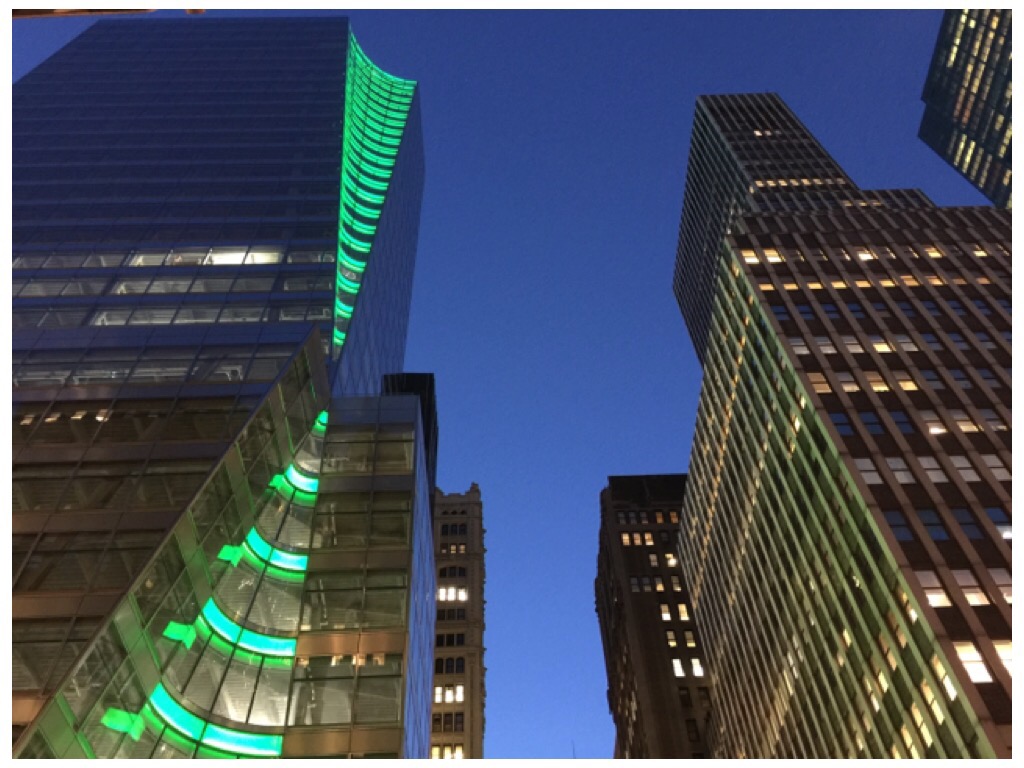 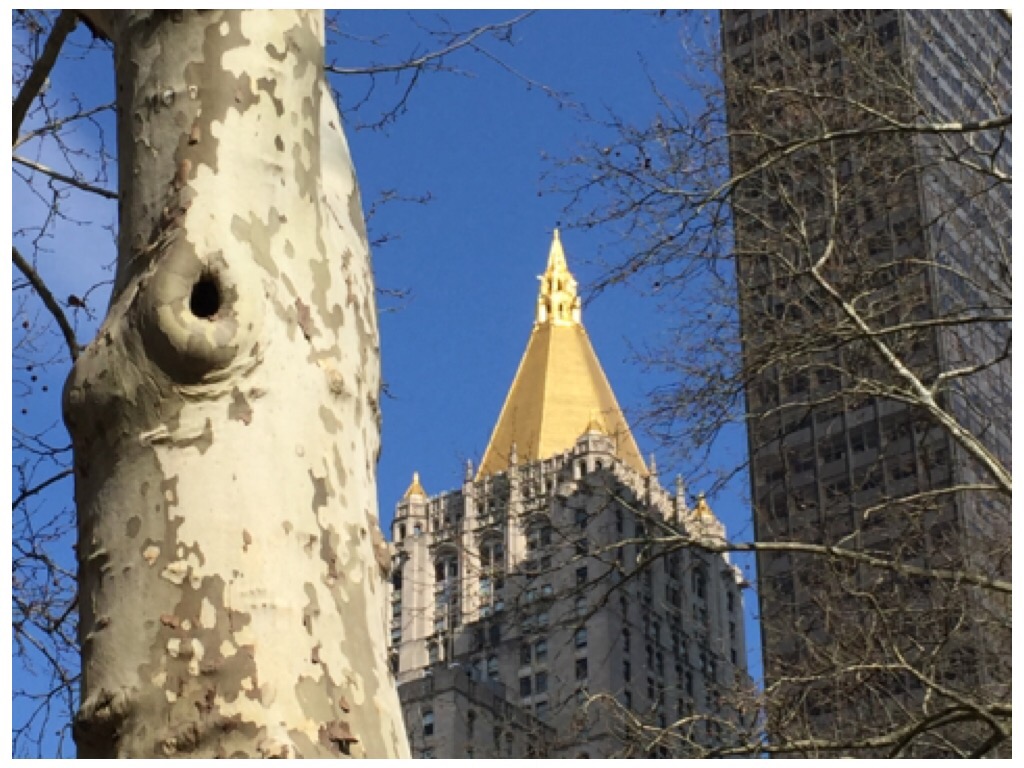 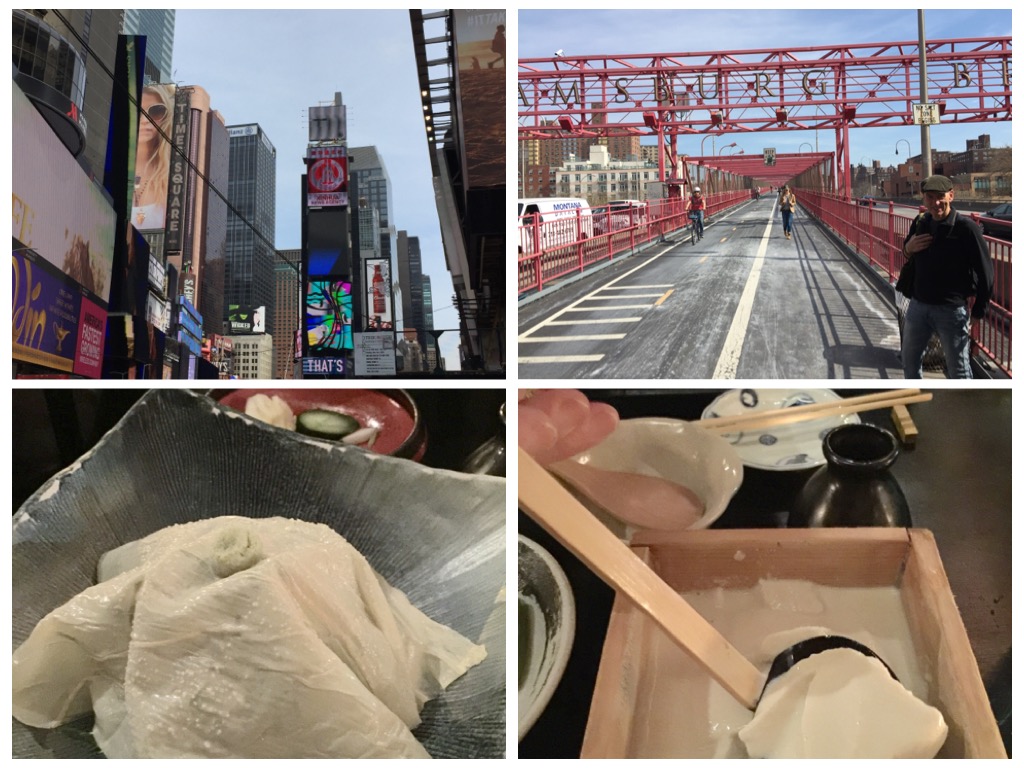 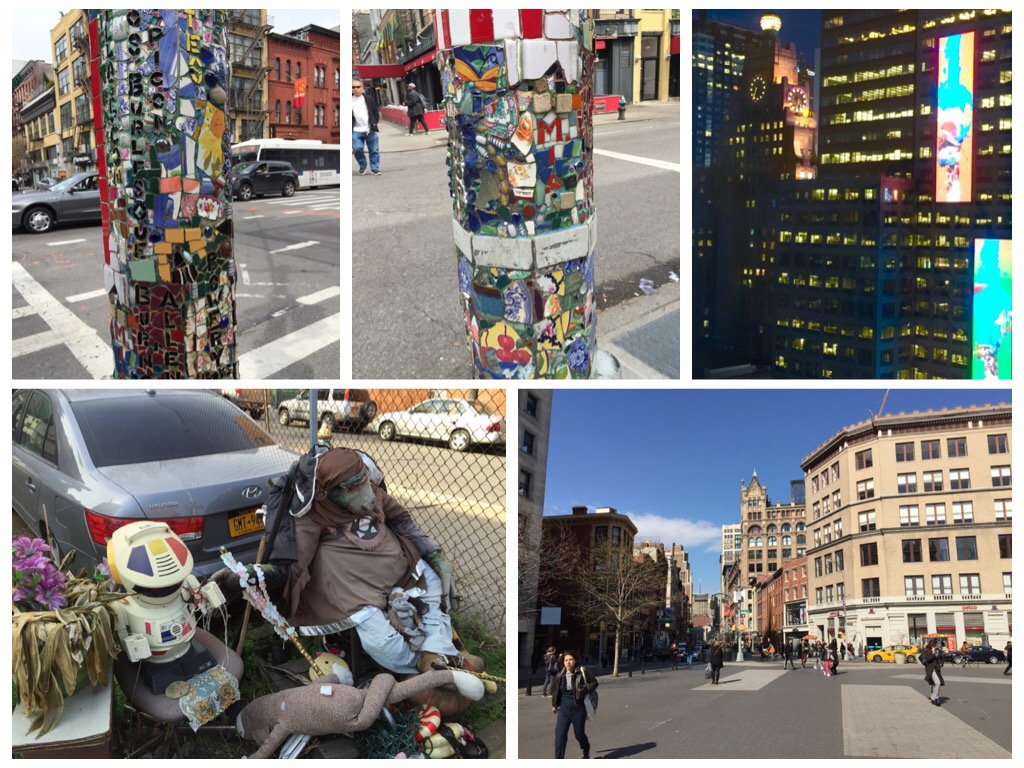 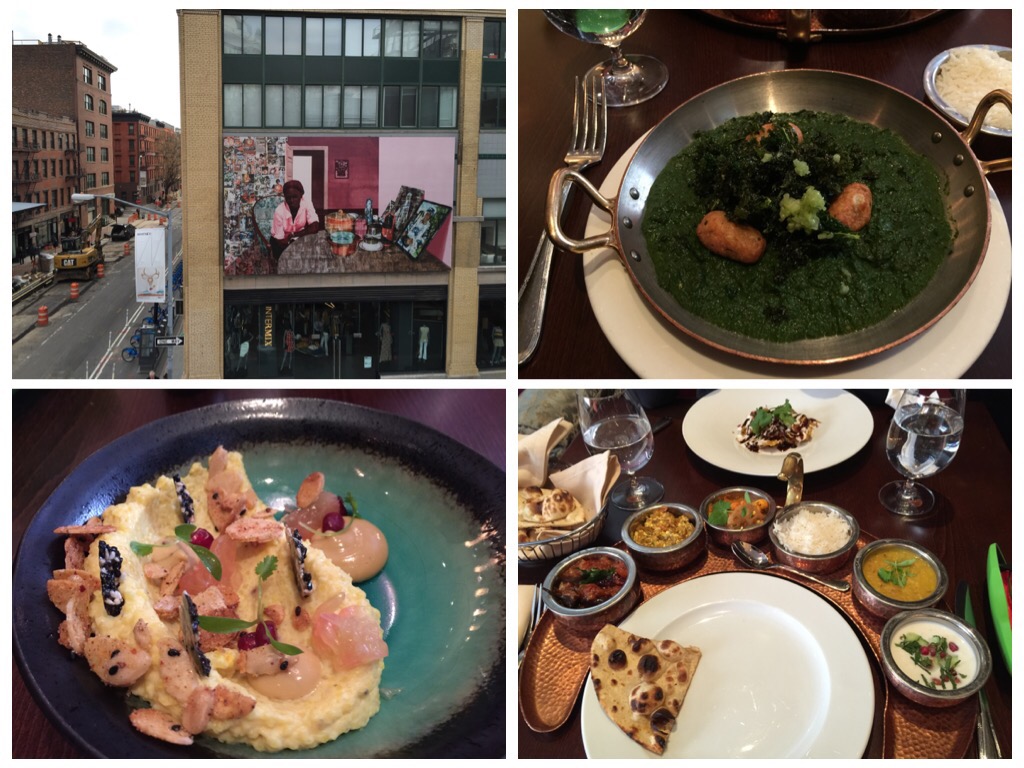 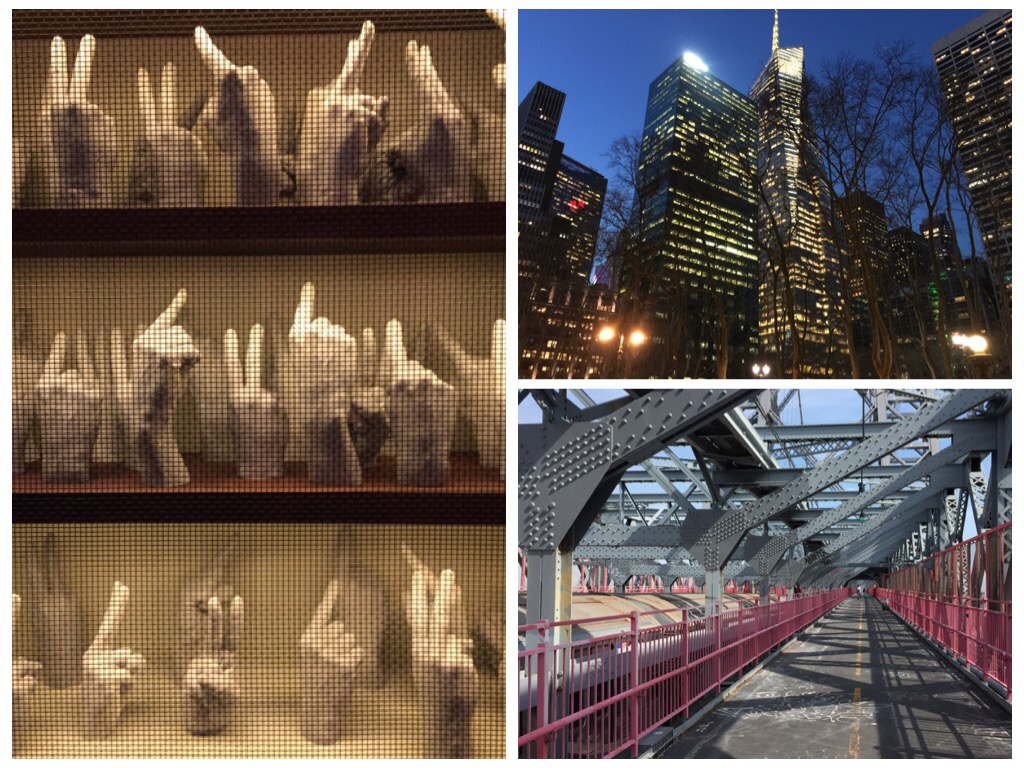 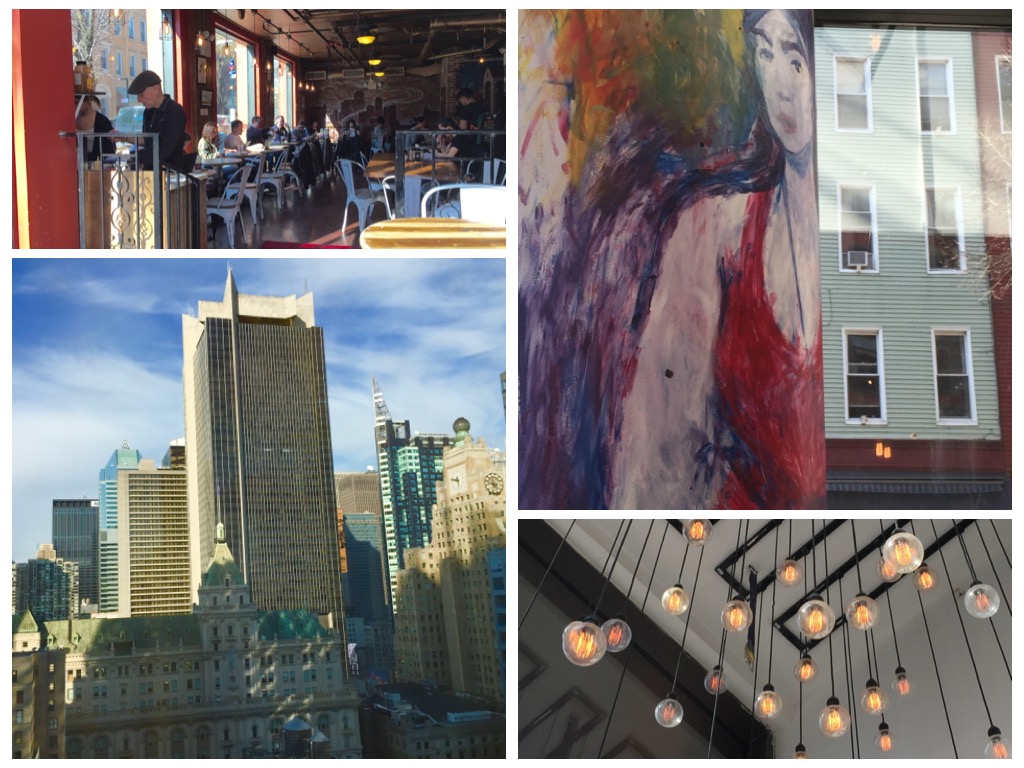 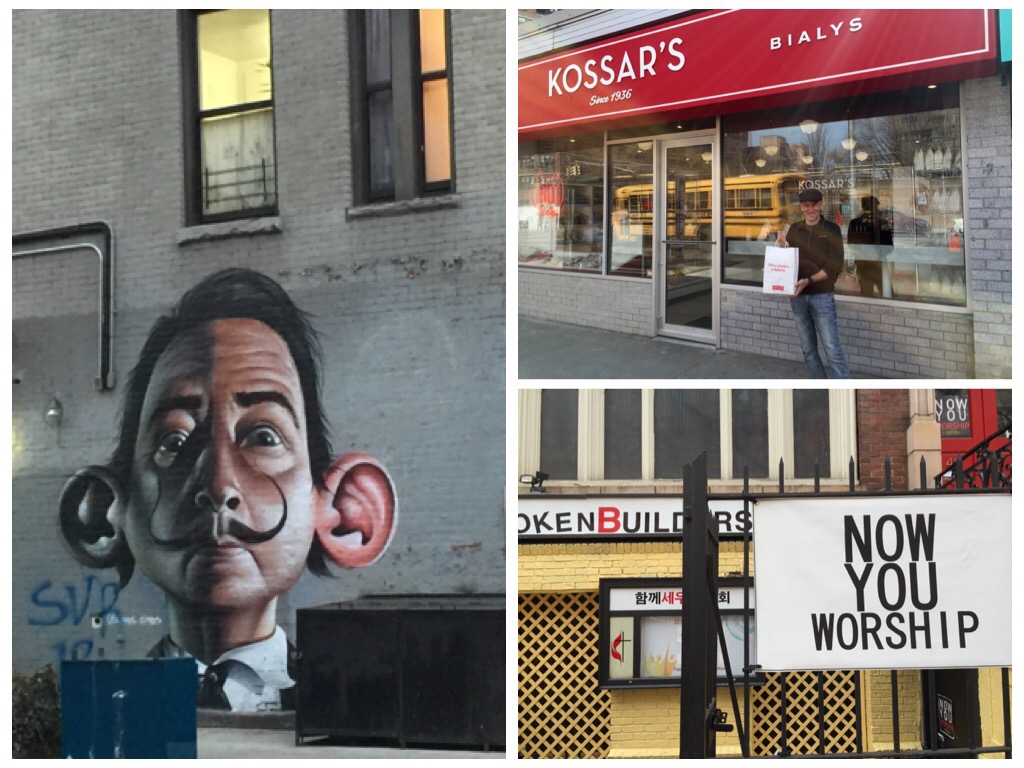 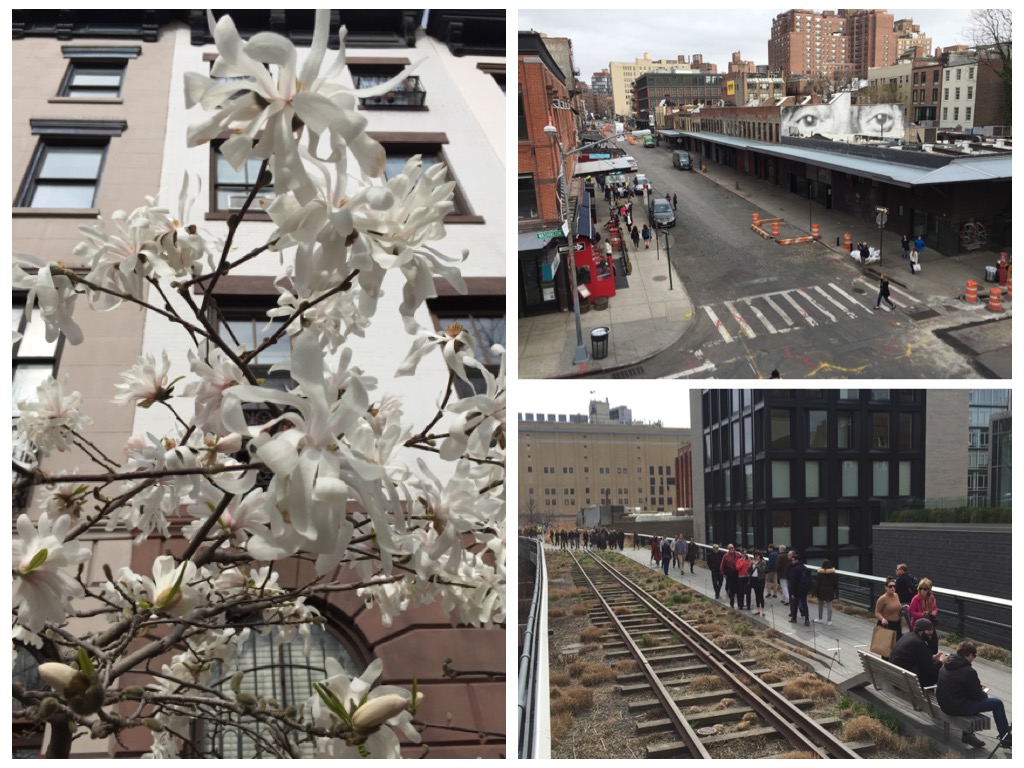 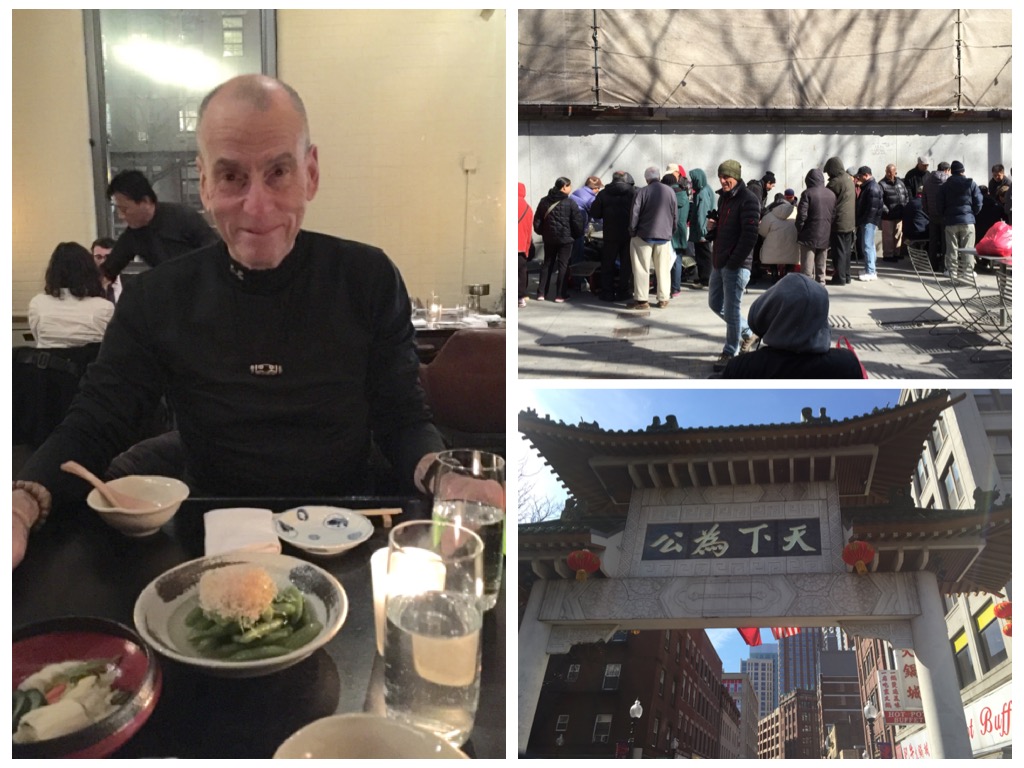 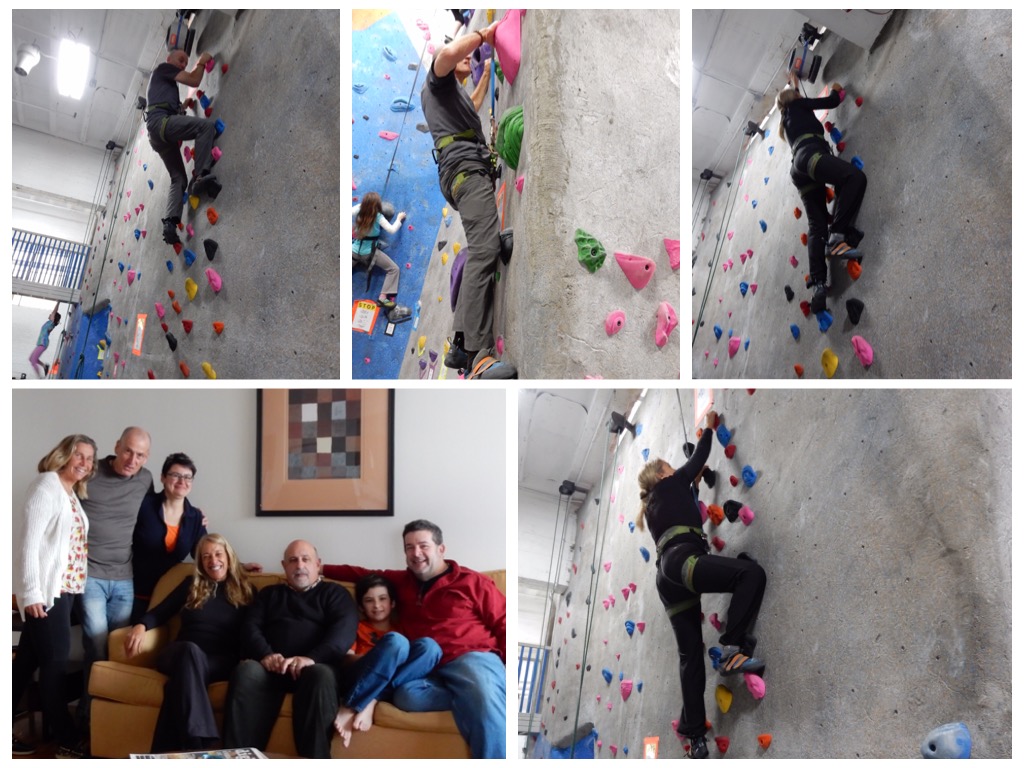 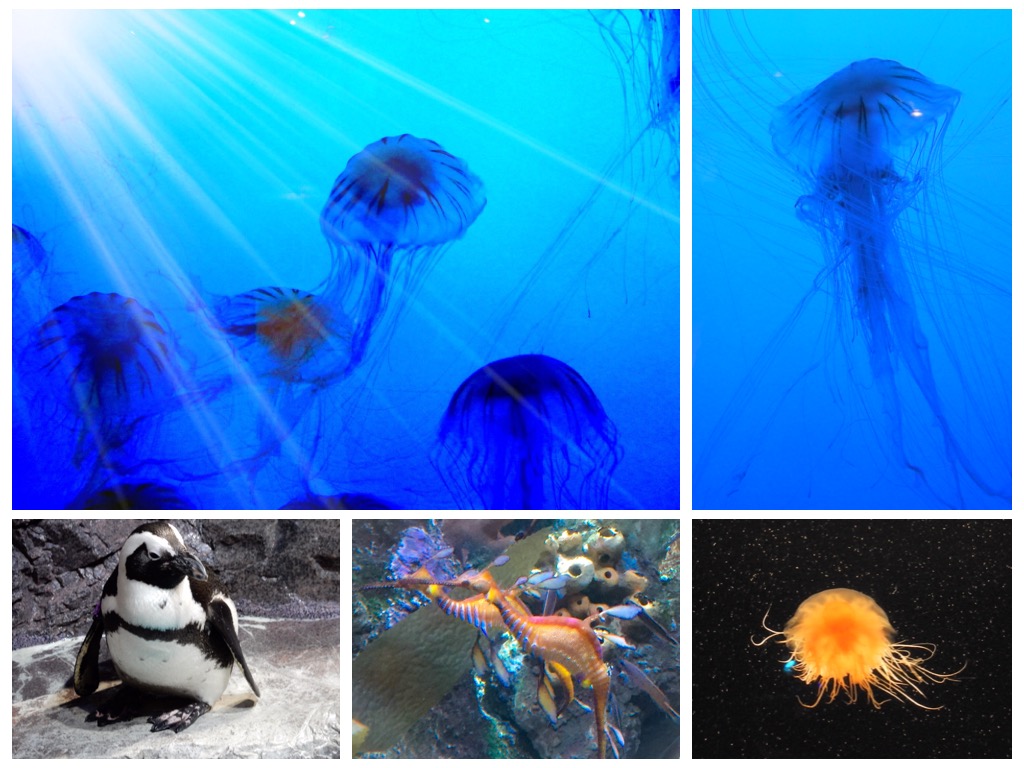 We flew to New York and to Boston to visit our family.
We packed very little for this trip, trying to see if we could manage with few changes of clothes, in preparation for our Shikoku foot pilgrimage, for which we intend to carry only one set of extra clothes with us.

In NYC, we booked a hotel in midtown Manhattan and walked everywhere; not once did we take a taxi or use the subway.
We even walked over the Williamsburg Bridge connecting the Lower East Side and Brooklyn, walked around Williamsburg and then walked back to Midtown Manhattan.

Every day we tried new restaurants and visited some of our old favorites.

We ate fantastic Thai food at ‘Somtum Der’ on Avenue A, between 5th and 6th Streets.
They recently received a Michelin star for their cooking, but have kept their low eatery prices unchanged, even though their food is the best Thai I have had in NYC.
Their dishes are all around $10-$15.

When Jules expressed a desire for Indian food, we had lunch at ‘Junoon Restaurant’ on 24th Street between 5th and 6th Avenues.
They also recently received a Michelin star, and their prix fixe lunch offered superb quality at $27 per person, in a very relaxed setting.

We ate fabulous raw vegan cake at ‘Peacefood Cafe,’ on 11th Street between Broadway and University Place, and superb Lebanese food at ‘ILILI’ on 5th Avenue and 27th Street.

We ate hummus at the tiny new ‘Mimi’s Hummus’ eatery on 14th Street near 2nd Avenue.

We ate a lovely dinner at ‘Hangawi,’ the vegan Korean restaurant that is an old favorite of ours, on 32th Street between 5th Avenue and Madison.

We were treated to a fabulous dinner with Jules’s sister Linda and her family at ‘Goggan,’ a modern Korean Fusion place on 46th Street between 8th and 9th Avenues.
I had a delicious uni bibimbap with a black seaweed sauce.

We had an elegant and yummy Japanese dinner at ‘En Japanese Brasserie’ on Hudson Street, in the West Village.
They make their own creamy tofu every hour and it was most delicious, as was the rest of the food we ordered.

We visited the Strand Bookstore, walked on the elevated walkway to the old Meatpacking District, that has been converted into a gallery district.

Years ago, most of the contemporary galleries around the city gave up on keeping expensive storefronts in the pricey Soho neighborhood, and around the Upper East and West Sides.
They moved into the Meatpacking District, where they opened huge galleries.

The Meatpacking District used to be seedy and smelly, but a new and modern hotel opened up, and the gallery scene looked promising and vibrant.

All this was over seven years ago.
Nowadays, many of the huge galleries have left, and their renovated spaces stand empty, looking gloomy.

What has happened to the promising NYC art scene of prior times?
Only a few major galleries are still open in the Meatpacking District.

The clients have also disappeared from the streets.
Big collectors are not walking up and down the Meatpacking District looking for undiscovered art.
The big buyers are buying either from art dealers, at Art Basel or similar shows, or they buy directly from the artists who all keep trendy websites.

The people I saw walking down the streets of the district were looking for ice cream, a good cup of Java, a good place to eat, maybe to buy some inexpensive clothing, or at most willing to LOOK at art, but they were not dedicated art buyers.

When I lived in Manhattan over 25 years ago, there used to be art everywhere.
Galleries were NOT only in Soho or the Meatpacking District, but in every section of town.
In the Village, you could see cutting edge S&M photography that would make you blush or art by gay artists.

In the Soho, you could see a collection of contemporary art and in upper East Side, you would see fancy galleries that had armed guards and buzzers, selling impressionist art for many millions of dollars, etc.

Nowadays, there is only a fraction of the number of art galleries that there once was.

Anyway…..
Times are changing, why not the NYC art scene?

I read an article about a noodle restaurant in the city that has a monthly rent of $56,000.
How can a noodle place make enough money to be profitable, with this amount of rent is beyond me……

From NYC, we took the LimoLiner up to Boston.
It felt like flying first class, only it was a bus with a nice clean toilet and food service.

Boston was cold….
We rented a large and airy Airbnb apartment which we shared with Jules’s daughter Kira and her family.

In Boston, Kira treated us to a rock climbing lesson.
It was so much fun to learn and to practice!
We also visited the Boston Aquarium, since they love to dive and marvel at the beauty of the ocean.

We walked a long time along Newbury Street, ate pasta and a late night cannoli in the Back Bay Italian area of Boston, had dim-sum in the vibrant Chinatown and updated each other with what has happened in our lives since we last saw each other.

Both in NYC and in Boston, it is hard to find a place to sit in any of the cafes, which are all packed with local people and tourists.
I found myself missing the low density of home…. Where there are so few people around…..

In three days, we fly back to New Zealand.
I am SO ready to bid the winter goodbye, even though I have to admit that it has been a very good ski season.

In my studio, I just finished a large painting that I have been working on for over a year, but this will have to wait for my next post.

Warmest blessings to you!
Tali

3 Comments on “A bit about the art scene in NYC, and a few NYC restaurant recommendations”