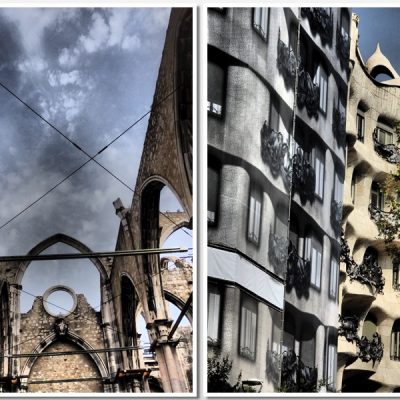 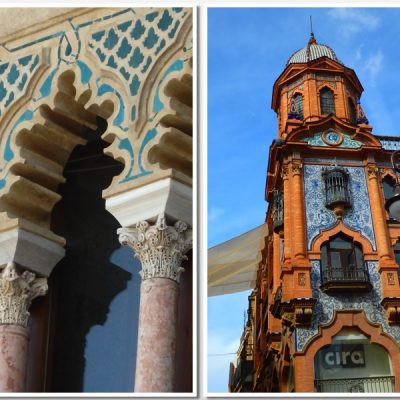 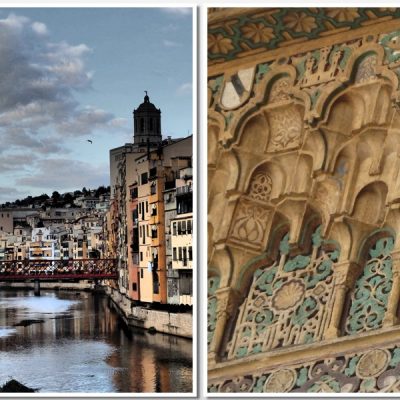 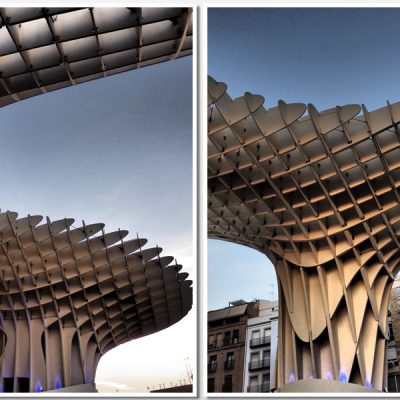 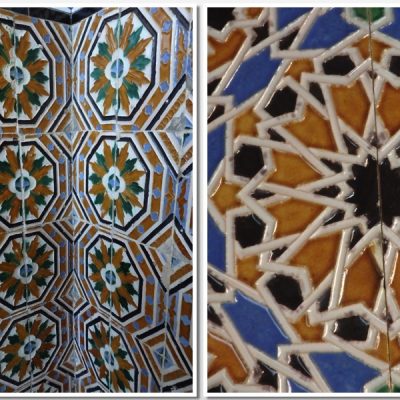 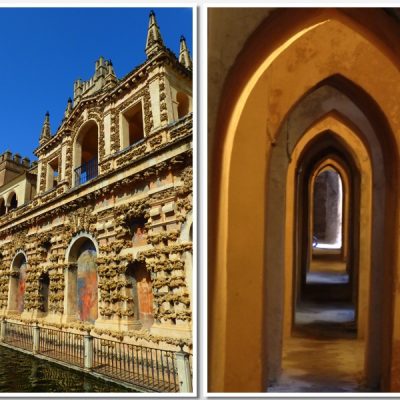 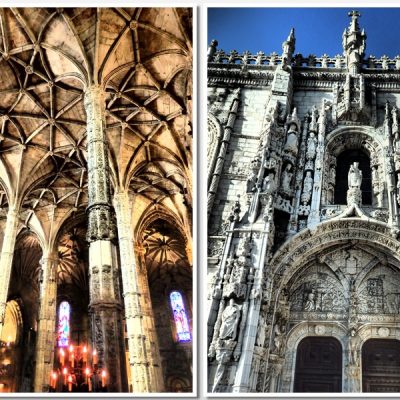 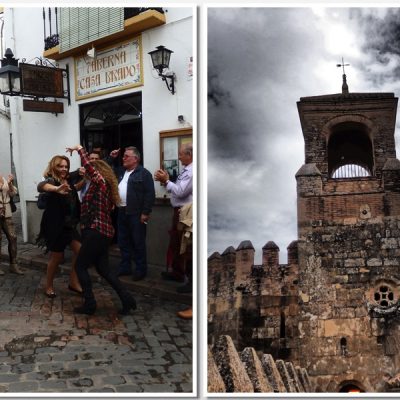 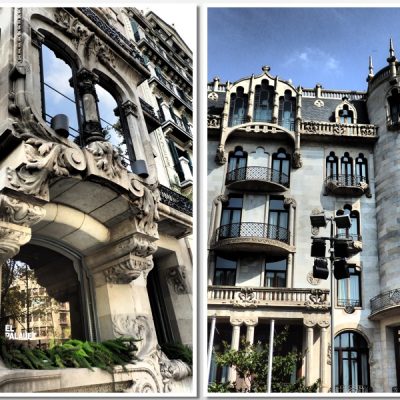 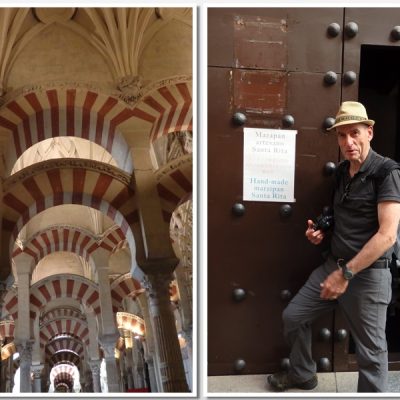 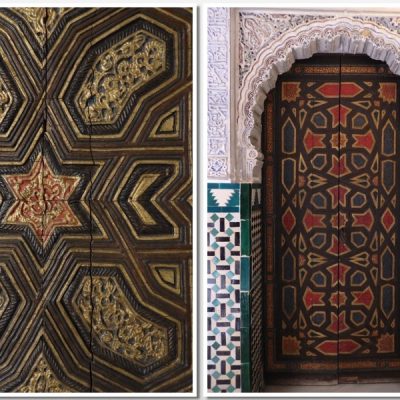 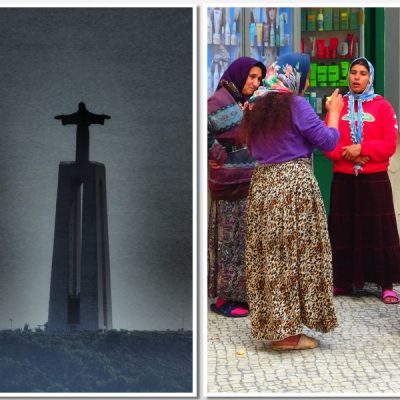 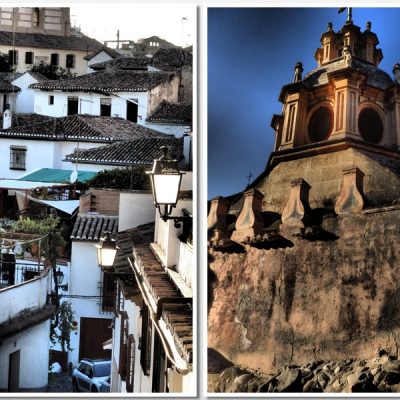 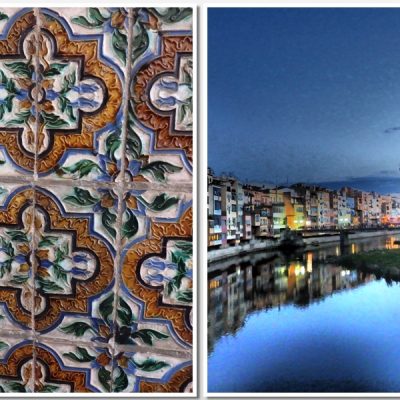 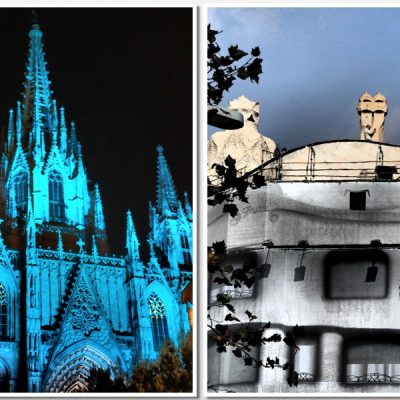 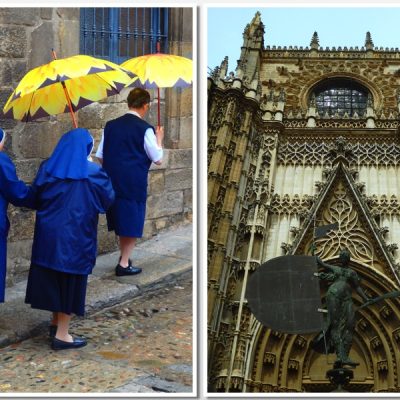 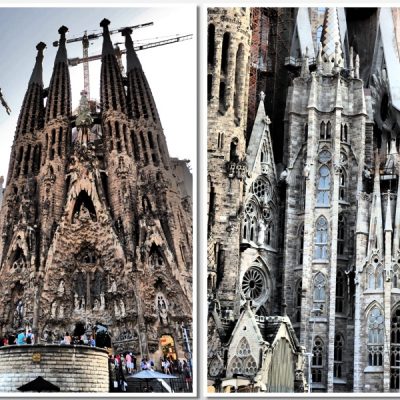 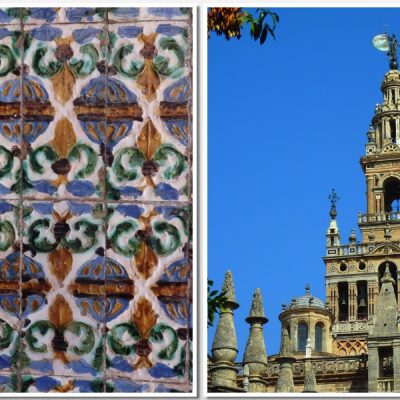 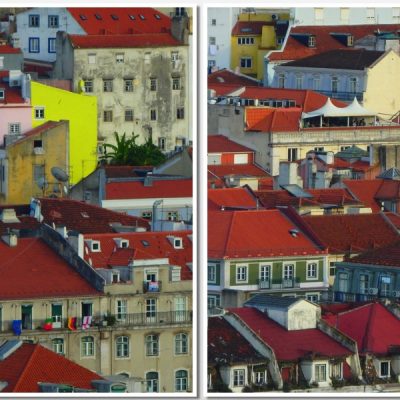 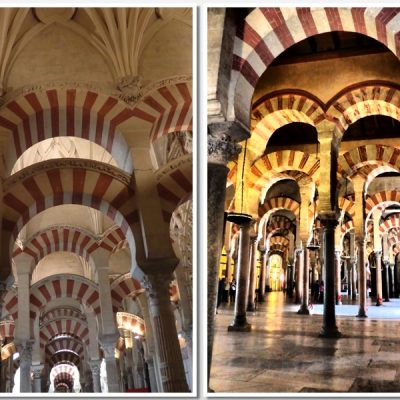 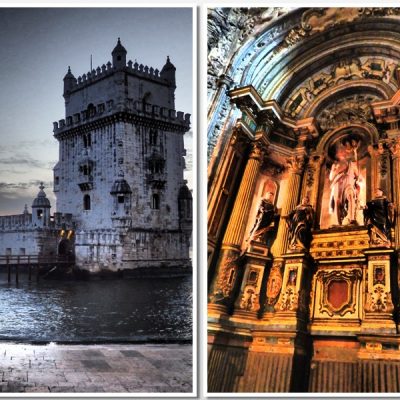 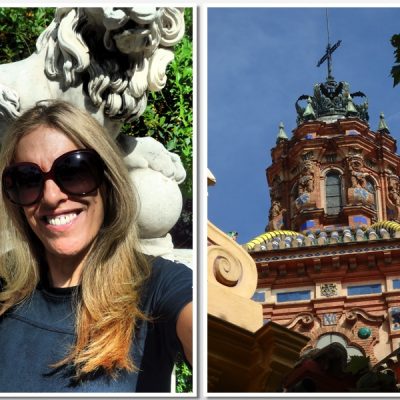 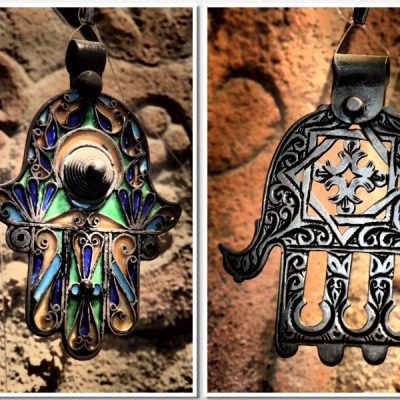 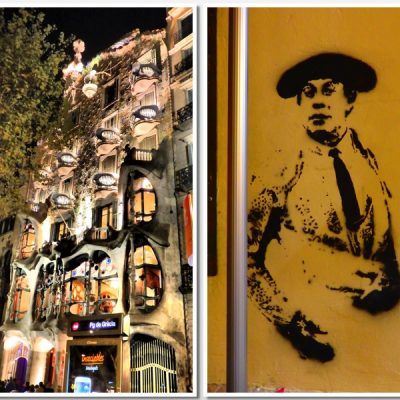 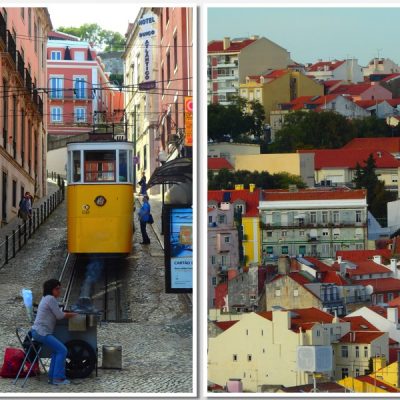 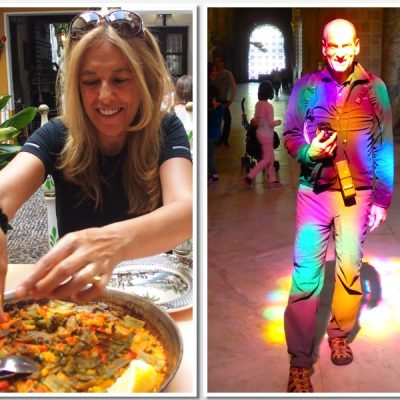 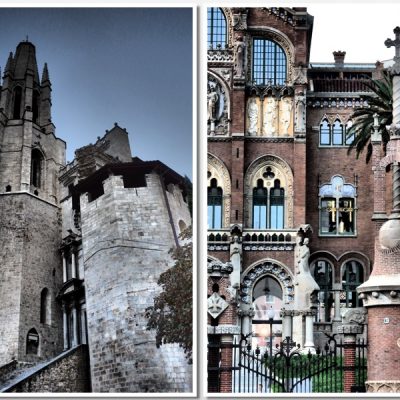 After a year long break from posting on my blog, I feel again the desire to write, to put things on paper and to see them in front of me, so I can clarify ideas in my mind and feel my gratitude for all the blessings in my life.

My blogs are also my open and public adventure log, and I love going back to find out which places we visited, where we stayed and what we loved.

We lengthened our summer by visiting Kyoto, Japan in August, followed by hot weeks roaming around Spain, finally ending up in Lisbon, Portugal.
We then turned around and flew to New Zealand, where we spent another three summer months in our hillside retreat on the Hokianga Harbor.
Now, sitting in front of my snowy window in Colorado, I recall some of those memories….

Our summer in Kyoto was hot and wonderfully memorable.

I fell in love with Japan on our first visit to the Kyoto area, back in 2001.
We were novices at traveling and at that time, we spent a fortune on accommodations.
We stayed a few nights in an elegant Japanese guesthouse with a hefty daily rate of $700, including our room and meals.

We were served a most artistic and creative dinner sitting on a low table set for us in the middle of the room, which overlooked the manicured Japanese garden.
The TV was blurring the news in Japanese in the background.

It was the shrilling high pitched voice of the newscaster, that forced us to pay attention to the TV.
We did not understand much, but the images of the Twin Trade Center towers going up in smoke were clearly identifiable.

We saw the plane fly into the second tower and our hearts sank.
The elderly lady clearing our dishes, dropped her tray, her hands shaking and her eyes moist.

At that time, not many individual travelers visited rural Japan.
In every place we visited, people came to see us or take photographs with us.
When they heard that we were Americans, they sincerely expressed their distress and pain over the disaster of September eleventh.

Just a few decades ago, the Japanese people suffered the most horrific atomic bombing at the hands of our people and our country, yet they demonstrated nothing but greatness of spirit, love and sympathy.
We were touched by their grace and humanity.

Kyoto is a most livable city, nestled between sacred mountains dotted with ancient temples.

It used to be the Buddhist capital of ancient Japan and all of the old Buddhist Zen temples with their magnificent gardens still stand tall.

Some old temples were reconstructed after a fire consumed their thick wooden beams, and some temples still operate as learning centers, guiding those who devote their lives to finding inner peace and enlightenment.

Other temples are no longer operating as temples.
They were recognized as important historical National Monuments and are now open to the visiting public as museums.
The entry fee is fairly steep, but the crowds still come in bus loads.

Despite the fatiguing summer heat and crowded streets of this summer’s Gion Matsuri Festival, we had some serious fun.

From Japan we returned to Colorado, where we enjoyed yet another fabulous summer.
We hiked our lush mountains, cooked vegetable Tajines in Moroccan clay pots outdoors, cycled and enjoyed the end of the Aspen Music Festival.

At the end of summer, we flew to Spain and Portugal.
We marveled at the childlike Gaudi architecture in Barcelona, dined on tapas at the Mercados (fresh-food markets), and took the time to live like the locals in beautiful apartments while we toured the historical region of Andalusia.

We hiked the Sierra Nevada, staying in the picturesque white-washed villages in the mountains, visited the ancient and jaw dropping beauty of the Mesquita (mosque) in Córdoba and sat in intimate Flamenco concerts in Seville.

We listened to skillful guitar players while our hearts soared higher with the clicking of the castanets of the energetic flamenco dancers as they powerfully swayed their elaborate dresses to the rhythmic music.

We dined in small eateries on narrow streets, took amazing photos, visited ancient caves where the very first Christians hid during the first hundred years after the crucifixion.
They wrote their accounts of the life and teachings of Jesus on small round bibles made from soft lead discs which they kept away from the authorities who were prosecuting Christians at those times.

Those tiny round lead bibles were taken by the Vatican for nearly a hundred years after their discovery, and only recently were returned to the city of Granada.

I chuckled at the fact that many people still doubt the very existence of the man Jesus and view him and the biblical stories of his miracles, as nothing but a metaphor.

Those tiny accounts of his life, written only a hundred years after his crucifixion, are clear proof that indeed he lived and demonstrated to us what humans can do if they walk with God

We visited the glorious Alcazar, and marveled at the Jewish synagogues built in unique Moorish architecture, with decorative motifs which we often associate only with Islamic cultures, yet which were part of the beauty and design of many ancient cities around the world at the time.

We learnt about the royal decree that forced all Jewish people to depart from Spain and visited the inquisition chambers where we saw some original wooden torture devices used by the Spanish Inquisition.

Our long months of summer travel led us to conclude that maybe we should take a break from traveling for a while….

There were SO many people everywhere…. So many tourists….. Lines and lines of people, so much so that we started to travel defensively, looking for places which the tourists had not yet discovered, that were not written up on TripAdvisor, nor mentioned by guidebooks.

We walked back roads and decided that maybe we had traveled too much in the past decade, and that maybe it was time to take a long restful break from traveling.

In our hillside retreat in New Zealand, we spent a quiet three summer months working on our property, planting trees, improving our house, alternating between juice fasts and grilling Spanish Paella outdoors.

Now that we have returned to Colorado, it feels like we are on a two month ski vacation.
We ski during the week and I spend long hours in the studio painting on the weekends.

Who needs to travel when you live in two of the most amazing places on the earth, surrounded with such natural beauty, I thought as I gazed out my window into the white tall mountains.

This is why…….
I found my hand shaking a bit as I copied and pasted our new travel schedule for the coming year, into my calendar.

Could we possibly do it?
Was it done by anyone other than pilots and flight attendants?….
Are we insane to book this traveling schedule?…..

You be the judge of it…

First, from New Zealand, we will spend some time in Thailand.
From there we will fly to Myanmar and enjoy this Buddhist country.
But on our return, it will be winter in New Zealand, and we prefer to spend our NZ winters summering in Colorado.

Quite a schedule for people who decided not to travel too much in the coming year….

Oh, and top off the contradiction, we also enrolled in the coming year in a Japanese language school in Hokkaido, Japan.
We will spend three months exercising our minds around this beautiful language, while eating ramen and enjoying Hokkaido.

What the heart wants and ultimately does, is not always what the mind determines to be the correct path.
This is why in order to change the world to become a place of harmony and love, one must not strive to change other people’s minds but to help OPEN HEARTS….
Minds always follow the passion of the HEART….

← The Nature Of Individuality
Know that you are LOVED and SUPPORTED on this journey! →