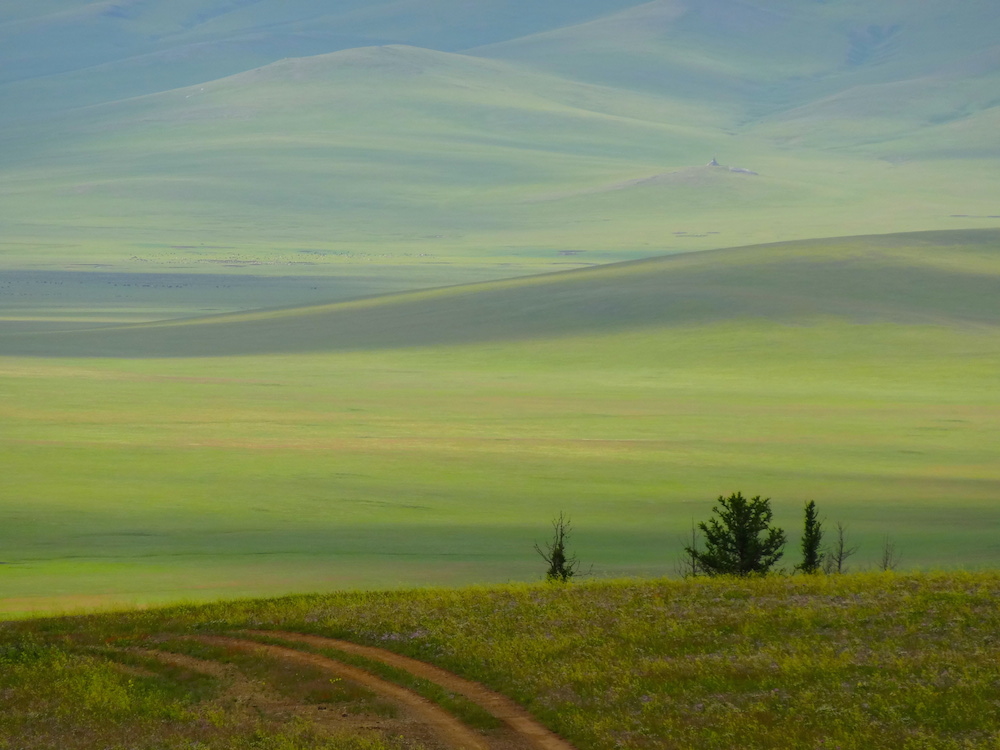 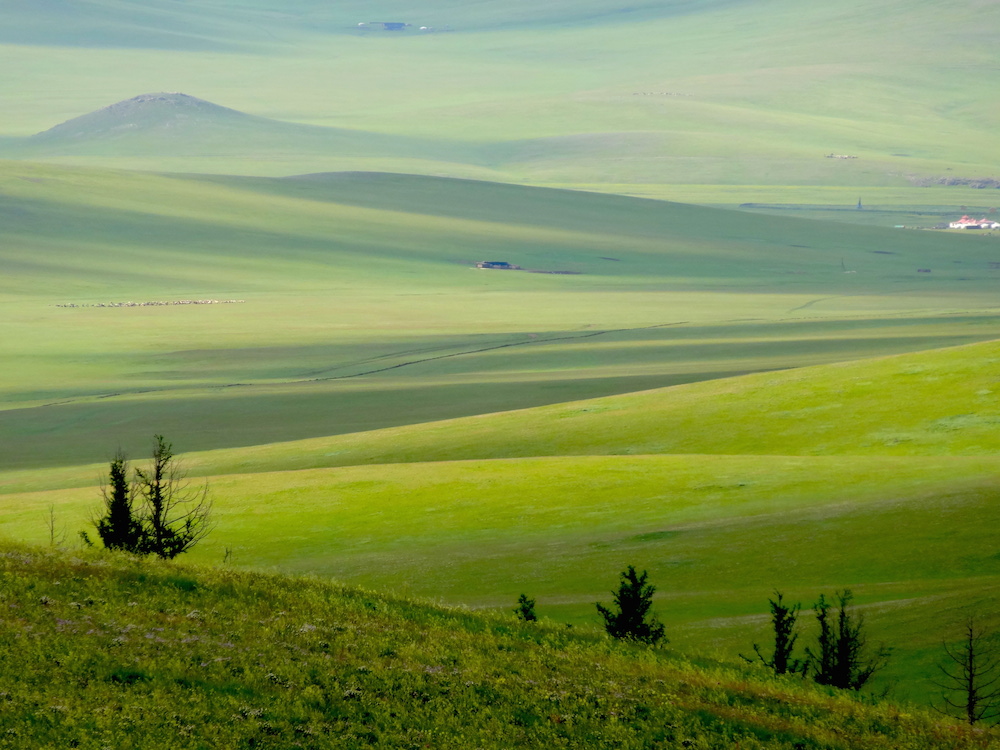 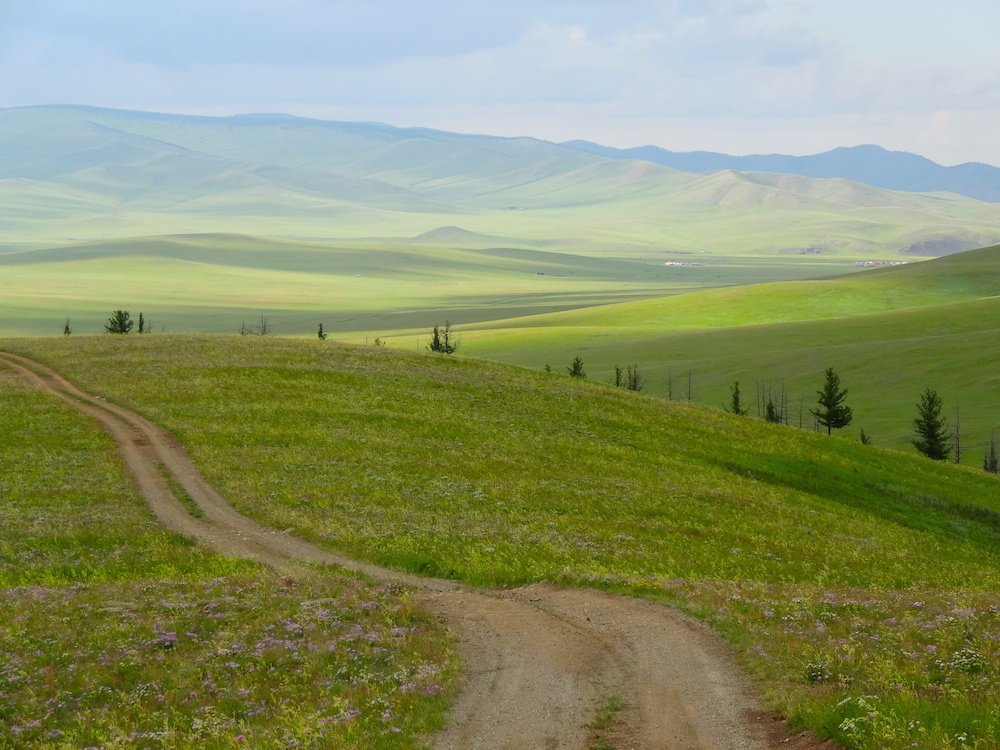 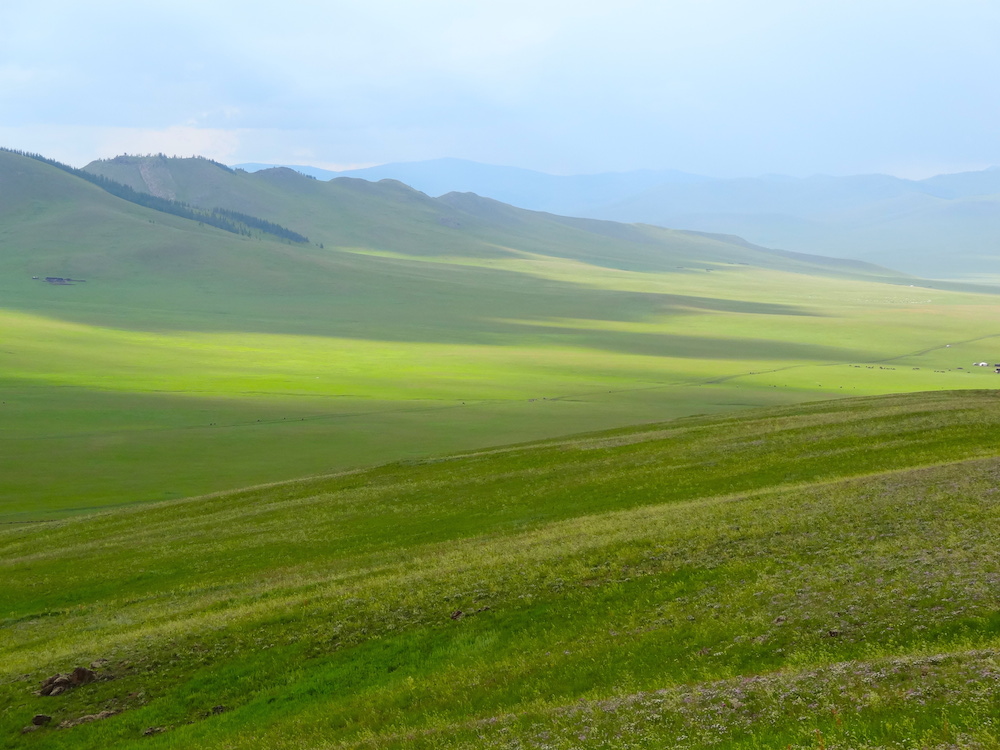 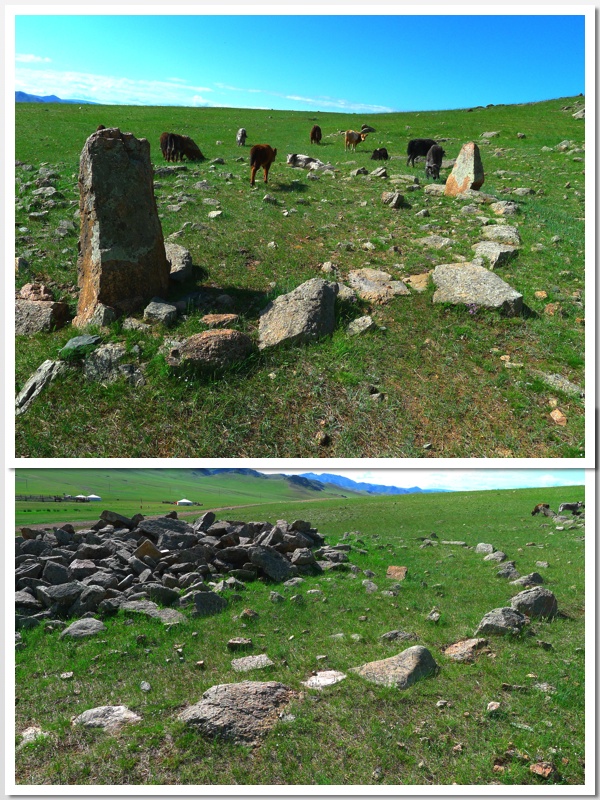 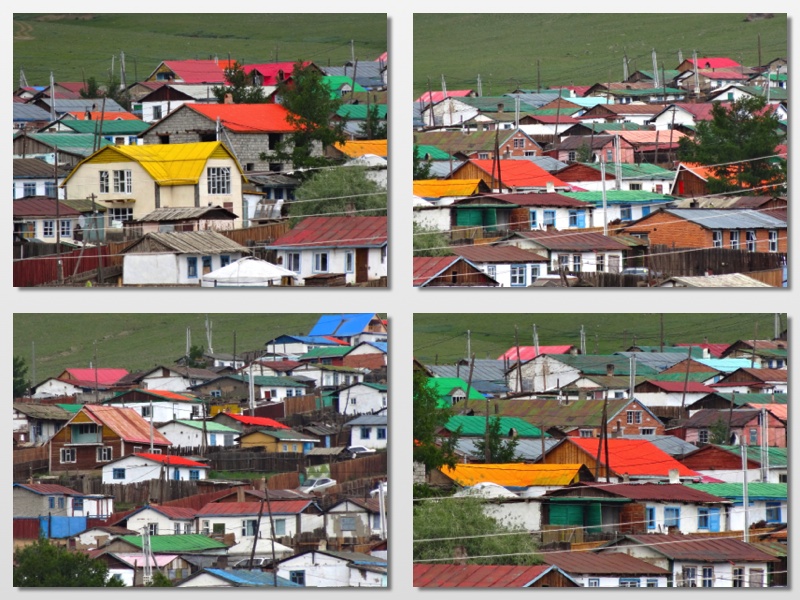 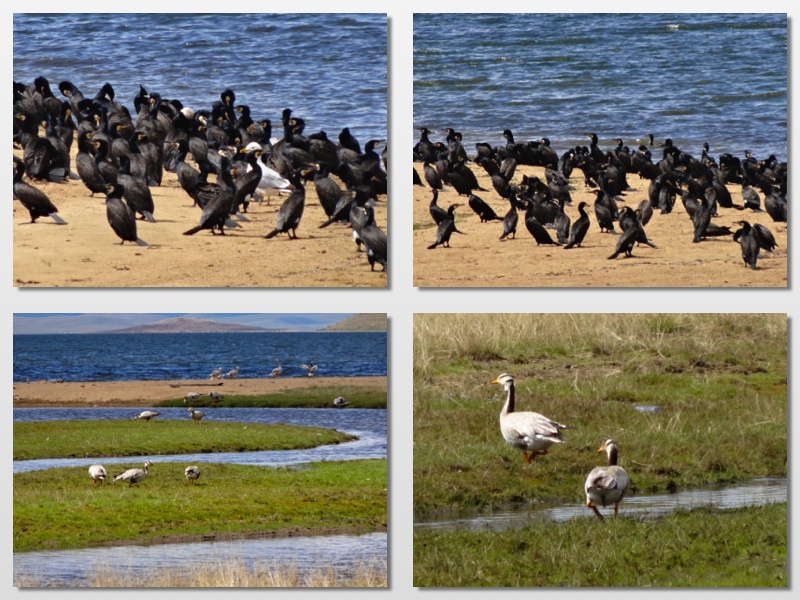 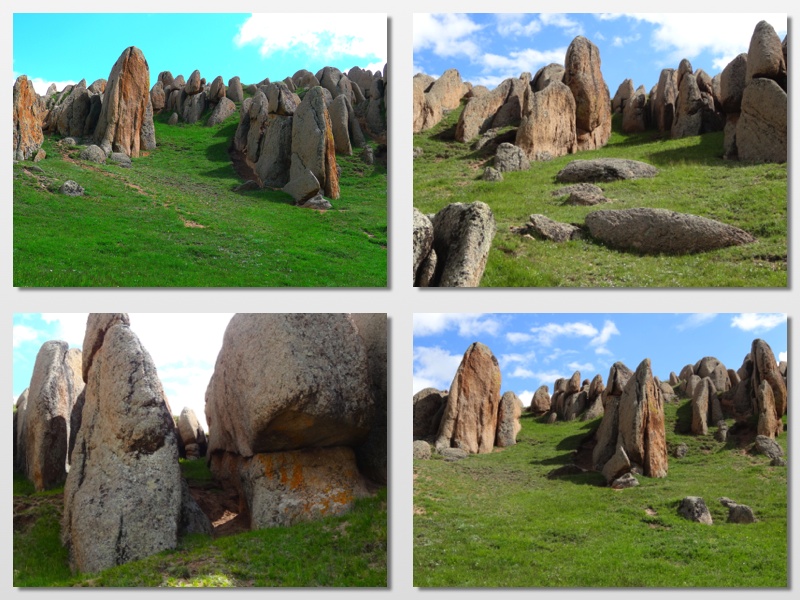 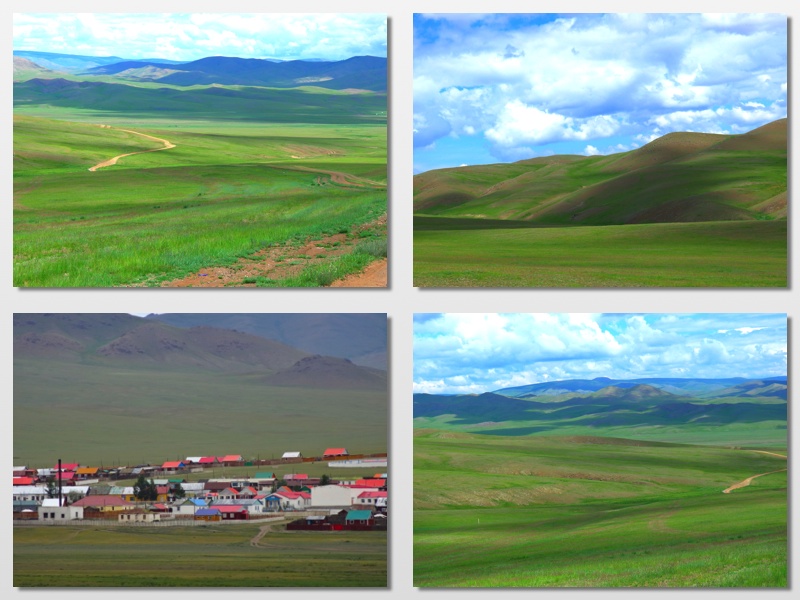 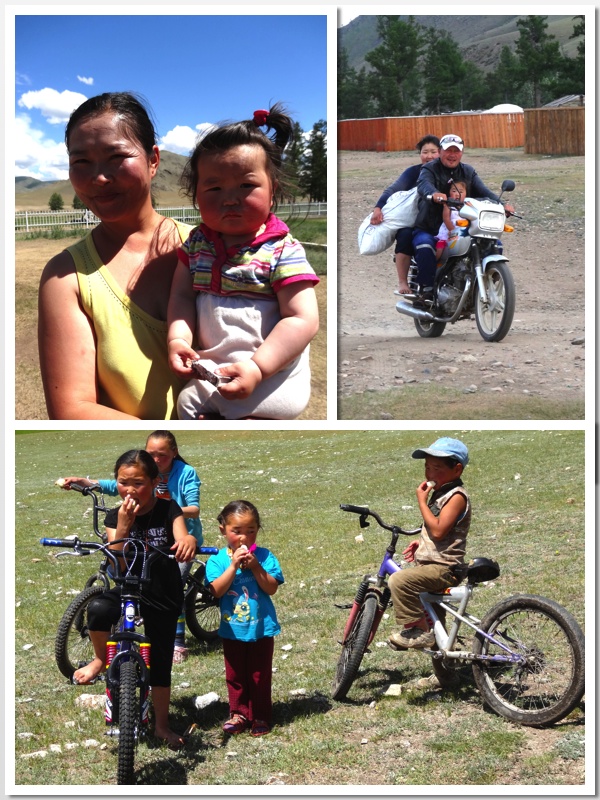 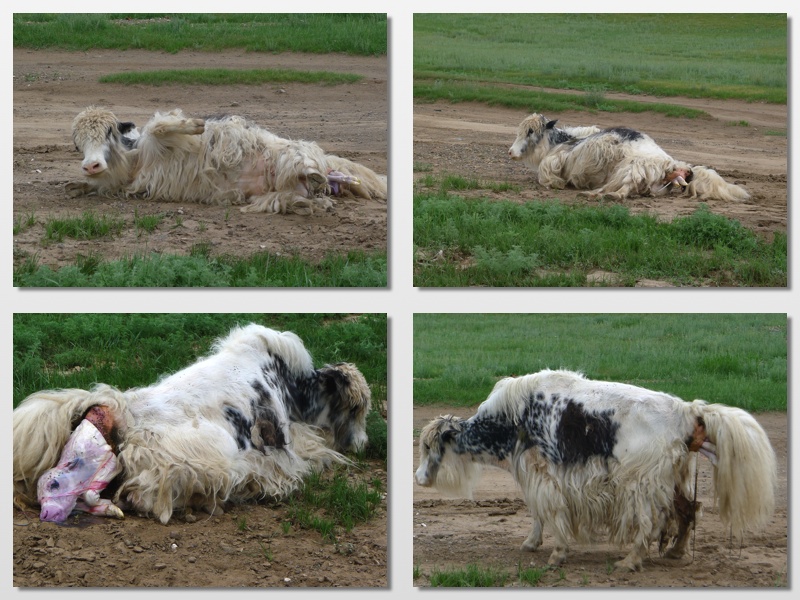 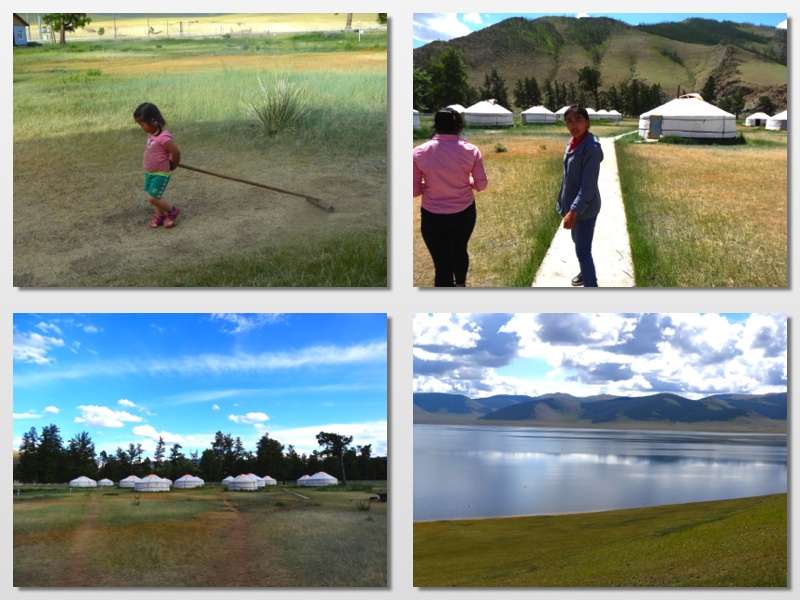 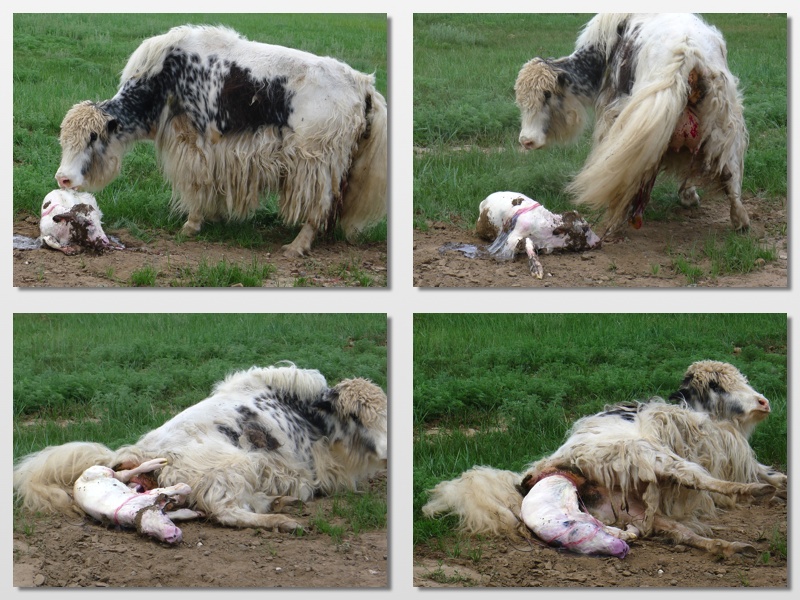 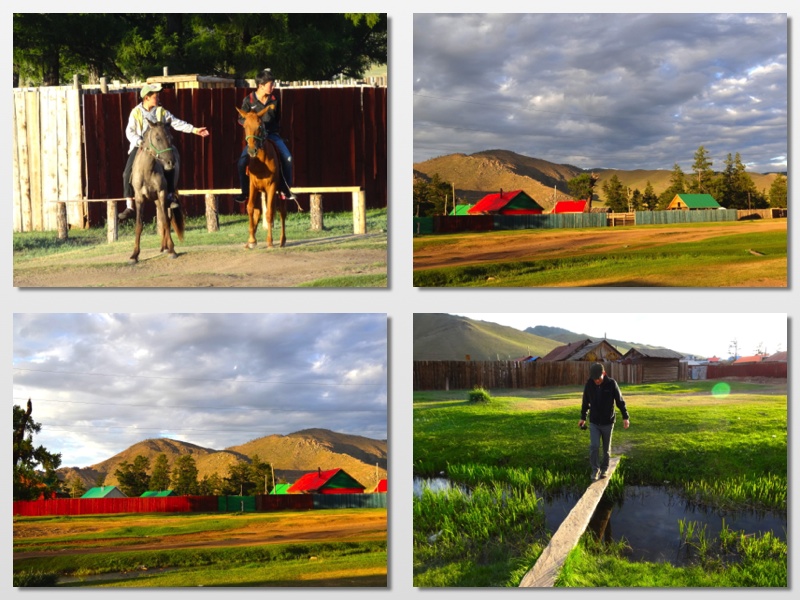 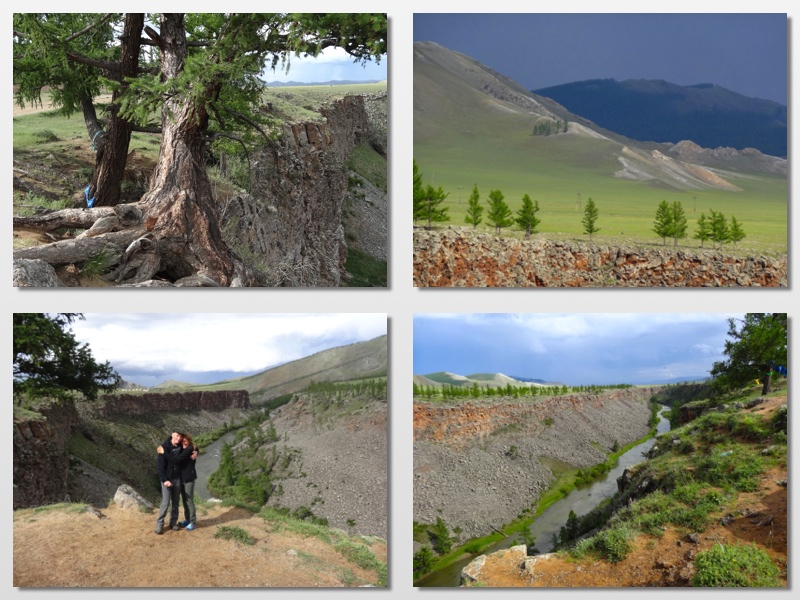 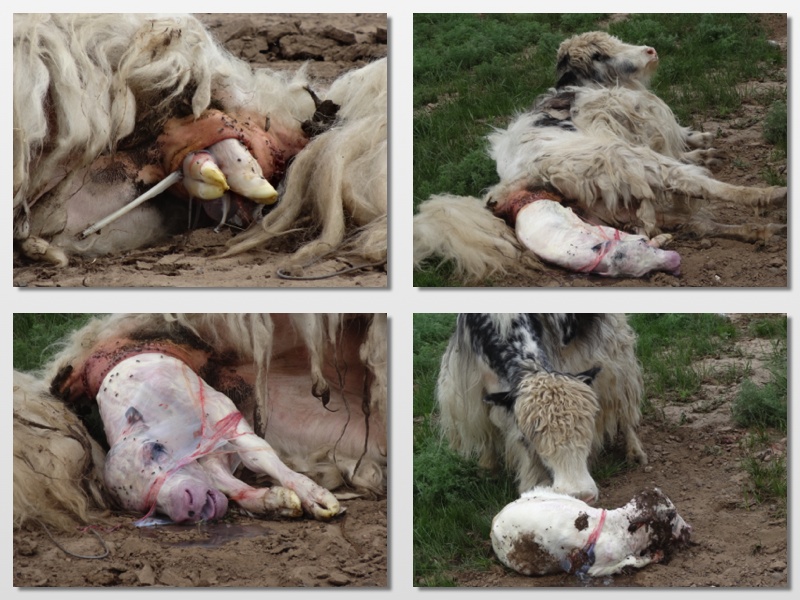 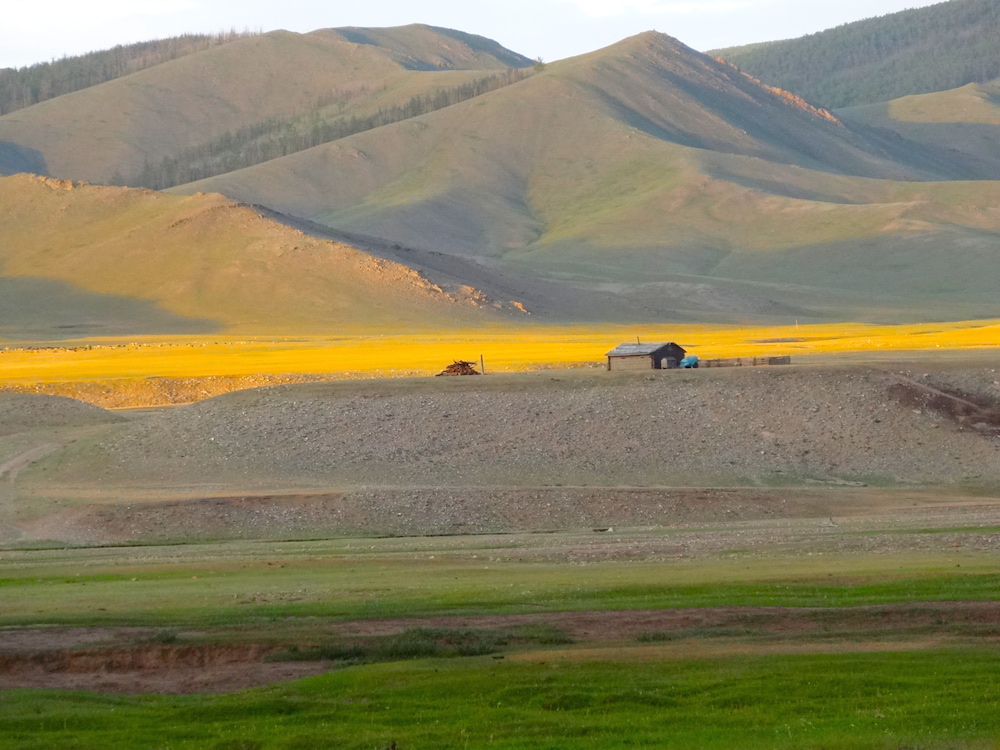 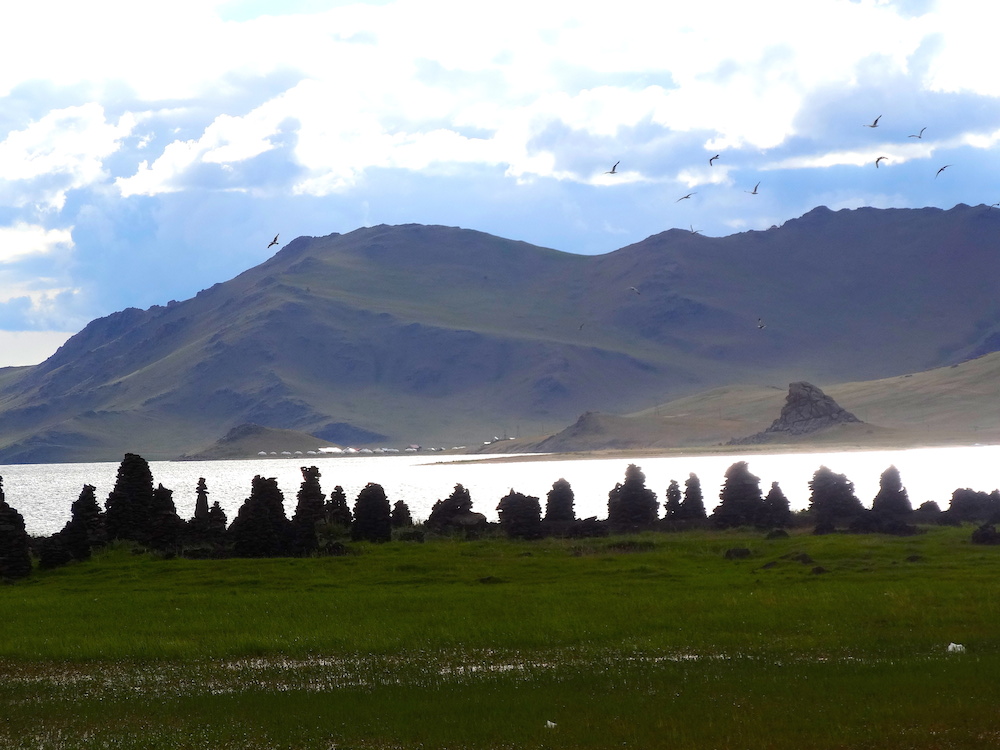 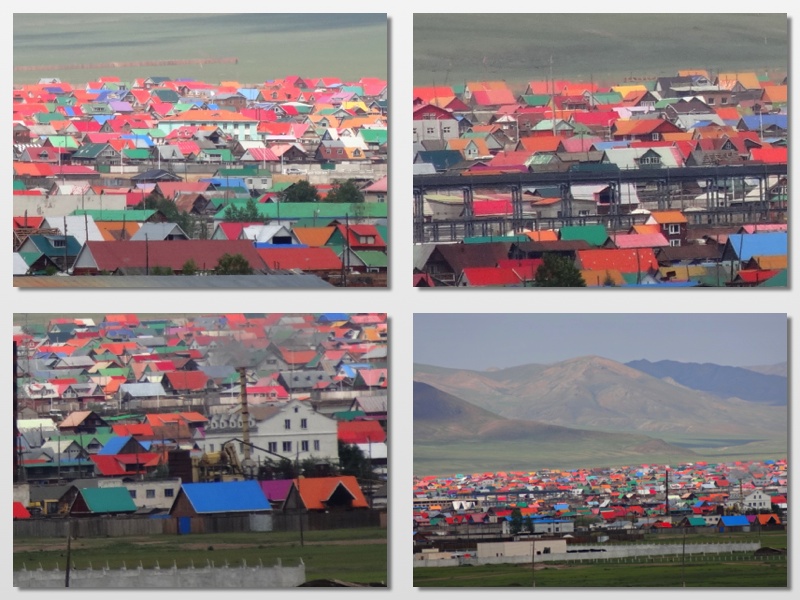 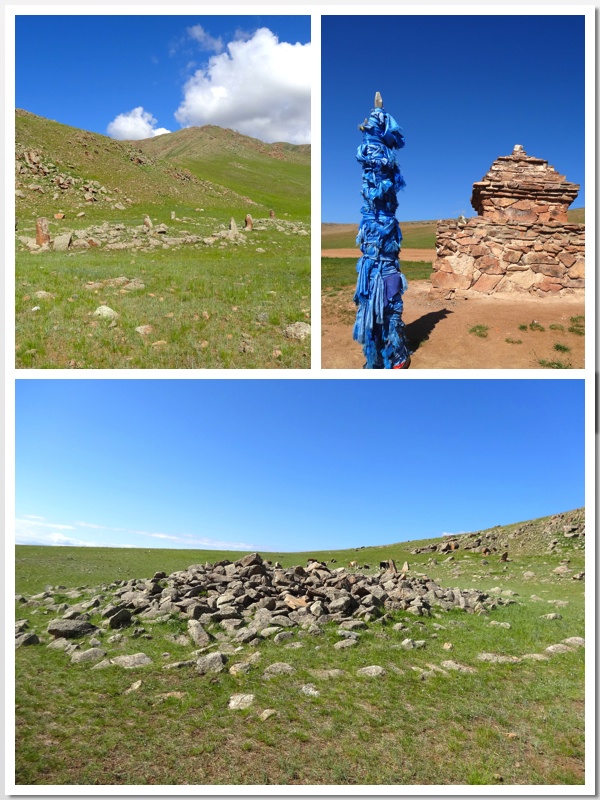 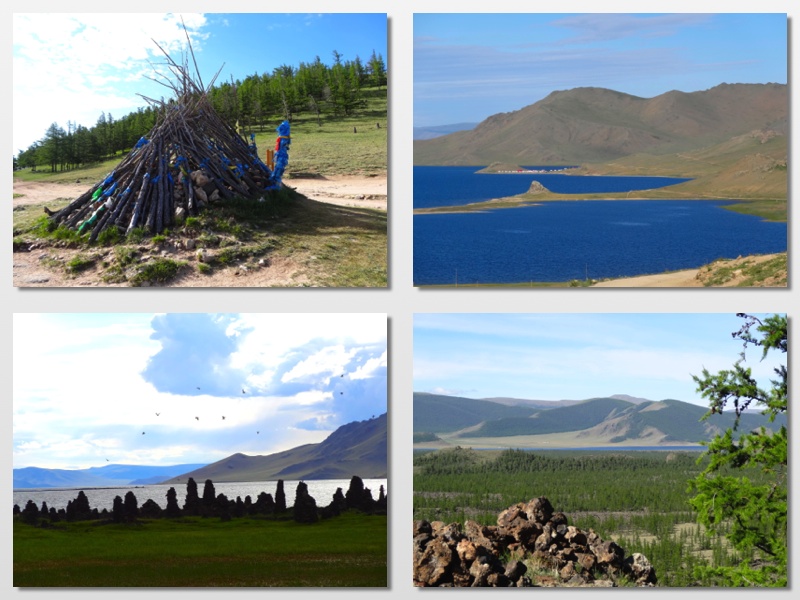 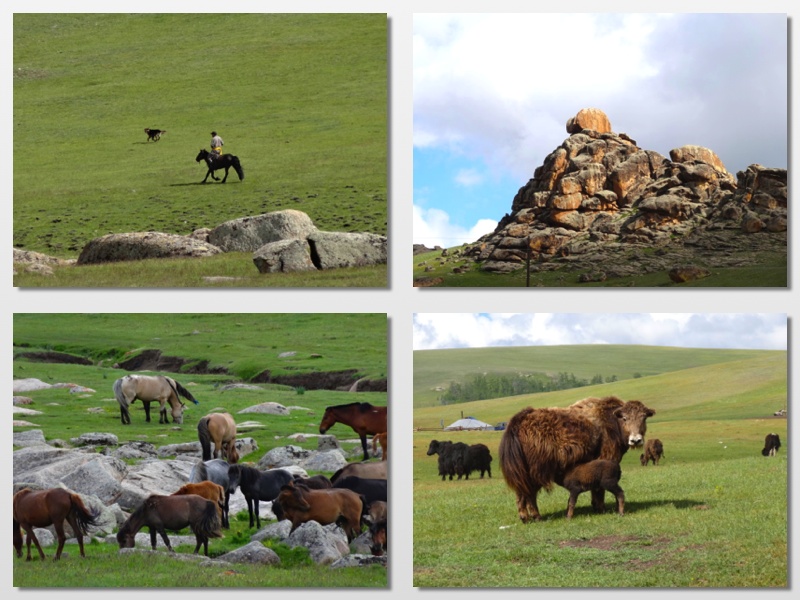 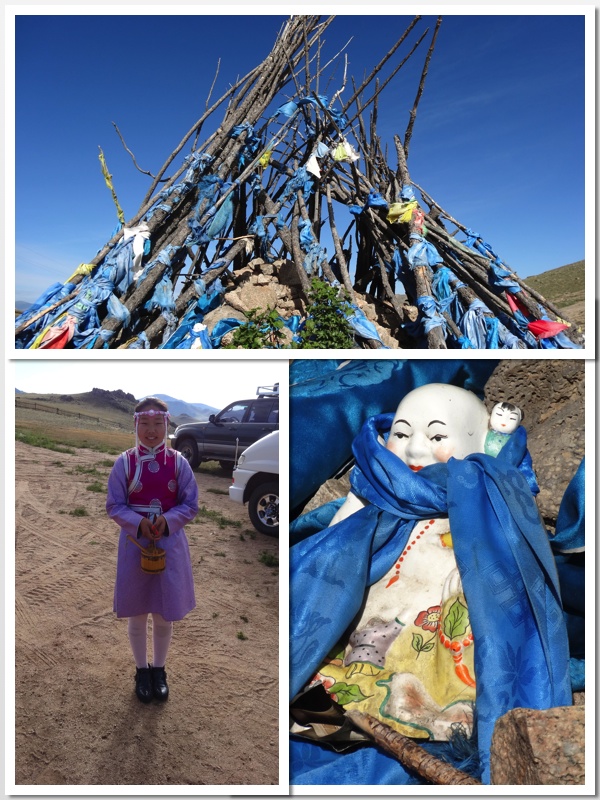 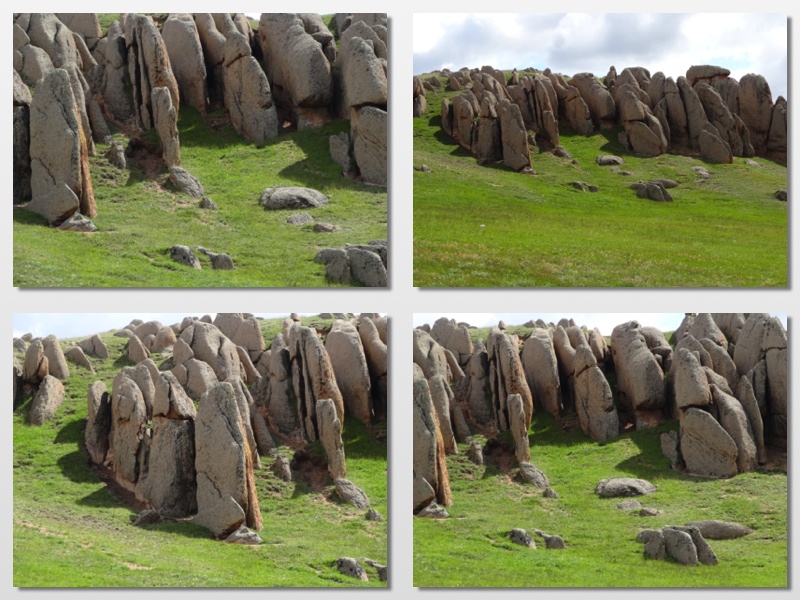 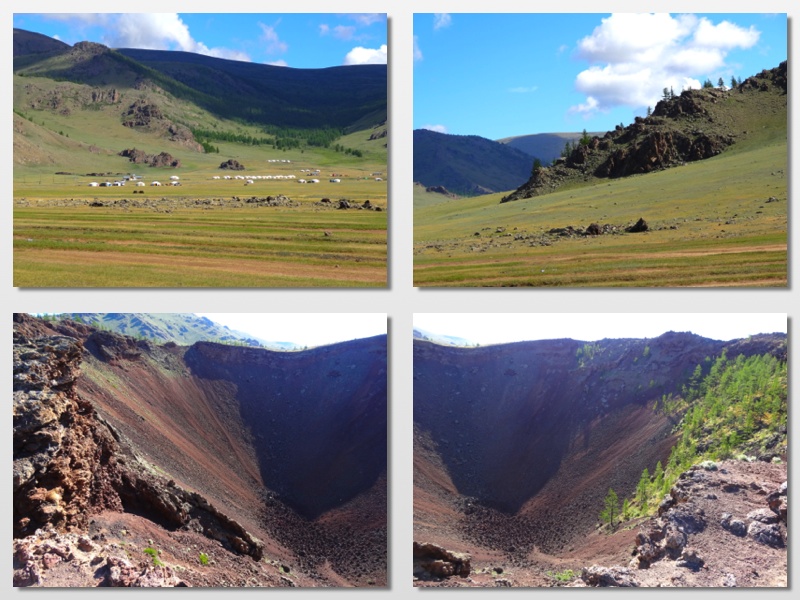 See the birth of Yakety Yak in a video:

In the morning, as we continued to recover from a day of feeling weak and sick, our ger camp arranged for us to have an outdoor breakfast in the sun.
Unfortunately, all we were able to eat was some home baked bread with a jam made from berries collected in the area, along with some boiled vegetables.

After breakfast, on our way out of town, we paid another visit to the Happiness Village of Jargal Jiguur.
This morning the village’s few shops were open, and I wanted to see what they were selling.

I had an ulterior motive to visit these local shops.
I was interested in buying a Mongolian snuff bottle, which is an old and very beautiful custom in Mongolia.

Every Mongolian man owns one of these snuff bottles, traditionally made from natural stone with a silver spoon.
When men meet each other, it is customary to exchange snuff bottles each of which are wrapped up in a beautiful silk pouch.
You would not know what kind of snuff bottle you had received until after you had parted company with the men you had just met, but most men have beautiful old bottles.
I witnessed two older men exchange pouches with snuff bottles when they met one another at a horse race, and their genuine warmth was heartwarming.

In Ulaanbaatar, all the snuff bottles I saw were either cheap Chinese imitations, or really really pricey.
I just could not imagine that any of the locals have so much money to spend on a snuff bottle that later they would exchange with others, and I harbored a belief that maybe some rural shops carry a supply of snuff bottles and other items that are used daily by Mongolians.

At a local shop in Happiness Village, we saw a selection of canned food, candles, alcohol, candy, clothing, and motorcycle parts, but no snuff bottles.

Tuya asked the shopkeeper if they carried any, and the eyes and ears of all the people in the shop got brighter and perkier.

The shop did not sell snuff bottles, but the shopkeeper and each shopper at the store offered to sell their own snuff bottles.
They asked for different prices ranging from hundreds to thousands of US dollars, and said that if I were still interested, they would go home and bring back the bottles for me to inspect.

I declined them all; after all, the tiny bottles, although very symbolic, would be just another item in my home that’s already full of exotic travel souvenirs.

It was a beautiful day and we drove along the fault-lines of the Asian continent and the Indian subcontinent.
The rubbing of the two continents created some amazing rock formations in this area.

We climbed some of those tectonic rock formations and admired the ancient burial stones that we saw in the area.

Tuya, who was born in the Gobi region of Mongolia, told us that there are several traditional ways of burying bodies in Mongolia.

There is cremation, but in areas like the Gobi or the Steppes, where there are no trees growing, that is not so common.
People either bury the bodies under a large mound of rocks, or simply leave the body to the vultures, much like the “Sky Burial” tradition in ancient Tibet.

Tuya told us that she first found out about the tradition of leaving a dead body in the open to rot and be eaten by wild animals, vultures and ants, by walking along with her grazing animals when she was a child.

She was following the animals as they looked for greener pastures, when she saw the body of a very old woman wrapped in blue silk scarves.
The wind unfurled some of the scarves to reveal a wrinkly brown face with no eyes!

Little Tuya ran back home, and her grandmother told her that this was a way in which some people “bury” their dead, by returning the body back to Nature, after the spirit had finished using it.

Little Tuya suffered from repeated nightmares, seeing the dead grandmother in her dreams again and again,….the sandy wind unfurling more of the dead body, revealing a body full of maggots….

Her parents asked a local Lama for help, and for two days, they chanted around the clock in her ger, until Tuya was appeased, and the nightmares stopped.

It was a lovely day as we drove through the Mongolian countryside – the sun was filtering through the clouds, illuminating the green steppes, and the puffy white clouds cast beautiful shadows across the vast landscape.
In the wintertime, nomads build stone or wooden shelters for their animals.
Now those shelters stood empty, while the nomads moved to higher ground, where it is cooler.

We passed by countless herds of yaks.
We saw a young yak with a metal plate hanging from its nose, covering its mouth.
I asked Tuya why they attached this metal plate to the little one’s nose, and Tuya told me that most baby yaks stop sucking milk when they are two months old.

This young yak was already two years old and still wished to suck its mother’s milk.
In order to prevent this and to force it to start eating grass, they attached a plate to his nose.
He cannot suck from anything that is higher than him, but he can bend down to eat flowers and grass.
I was told that after he no longer wished to drink milk, they would remove the metal plate from his nose.

A little farther away, by the side of the dirt track we were driving on, we spotted a yak giving birth.
We gathered around it to watch the miracle of birth.

The baby yak came out hoofs first.
Then came the nose, the eyes and head, and finally after the mother stood up, the whole baby came out.

We filmed the birth and took many photos.
It was so touching to see how the young mother licked the baby and cleaned the placenta and birth fluids from its hair.

Everyone asked me to name the baby yak and I decided to name it, “Yakety Yak.”
Tuya told us that tonight will be the young mother’s biggest challenge, to protect her newborn from wolves.
In just three days, the baby yak will be able to run fast enough to protect itself.

Reluctantly, we left Yakety Yak and drove down the hilly landscape towards the city of Morun.

We crossed many valleys and many rivers.
Crossing a deep river, we towed a truck full of people which got stuck in the mud and came upon two young men who were riding a motorcycle, and seemed to be too drunk to make it safety to the other side.
They were covered in mud, and seemed confused and ashamed.

A bit farther, we came upon a couple who stood by their truck.
They were traders, buying and selling sheep and goats, and they had rented a truck to drive around the region and buy sheep and goats, which they planned to sell for profit in Ulaanbaatar.

Right before the Nadaam Festival, many families buy a whole sheep or goat, and roast it during the festivities.
This couple’s rented truck had broken down and the woman asked if she could ride with us to the nearby city of Morun, where she can speak to a mechanic who could come and fix their stranded truck.

The woman, who called herself a business woman, was nicely dressed, draped in gold jewelry with many rings around her chubby fingers and many gold bracelets adorning her thick arms.
She said that she has been buying animals and selling them for fourteen years.

I asked if they sell in a livestock market in Ulaanbaatar and she told me that right before the Nadaam Festival, traders just camp on the outskirts of Ulaanbaatar, and families who wish to buy a sheep drive to the outskirts of the city and buy either from the traders or the nomads.

Tuya asked the business woman if she knew any good new restaurants in Morun town, and if there was one which offered WiFi internet.

The lady said that there was such a place attached to the Genghis Khan hotel.
When Tuya asked her if she ever eaten there and what she thought of the food, the woman chuckled and said that she regretted to say NO…

She said that if we were to ask her if she had ever slept under the stars with the animals, she would say YES, but that she had never dined in a nice restaurant in her life, and that she was just a nomad and not very rich…

Tuya chimed in while translating and said that she also, when she wasn’t guiding tourists, rarely dined out, and never in a nice place.

The “nice place” in Morun turned out to be a tacky Chinese restaurant with a busy decor and toilets that did not flush, but it gave me a new perspective and appreciation of simple places, because to other people, they were fancy places and beyond their means.

We had lunch at the restaurant in the Genghis Khan hotel and since we were scheduled to stay in Morun upon our return from the northernmost part of Mongolia, we asked to see the rooms.

We were shown a selection of rooms on the upper floor, and we chose one which smelled better than the rest, was spacious and full of light.

We made reservations, making sure to specify the exact room that we had seen.
This was going to be our only hotel stay outside of Ulaanbaatar, and the luxury of having our own bathroom and shower made me almost giddy.

But that was to come in a few days, because for now, we were heading towards Huvsgol Lake and the Mongolian Taiga bordering the Siberian Taiga, the northernmost part of our journey around Mongolia.

← Tsenkher Hot Springs, The Mummies Of Enlightened Masters In Tsetserleg, Getting Sick, Terkhiin Tsagaan Lake And A Mongolian Folktale About Why The Earth Has Only One Sun
Bronze Age Deer Stones, Morun City, Why Mongolian People Love Fox Fur Hats, And Why It Is Customary To Cut Off And Sleep On The Tail Of A Beloved Dead Dog →