Contemplation on the myth of old age 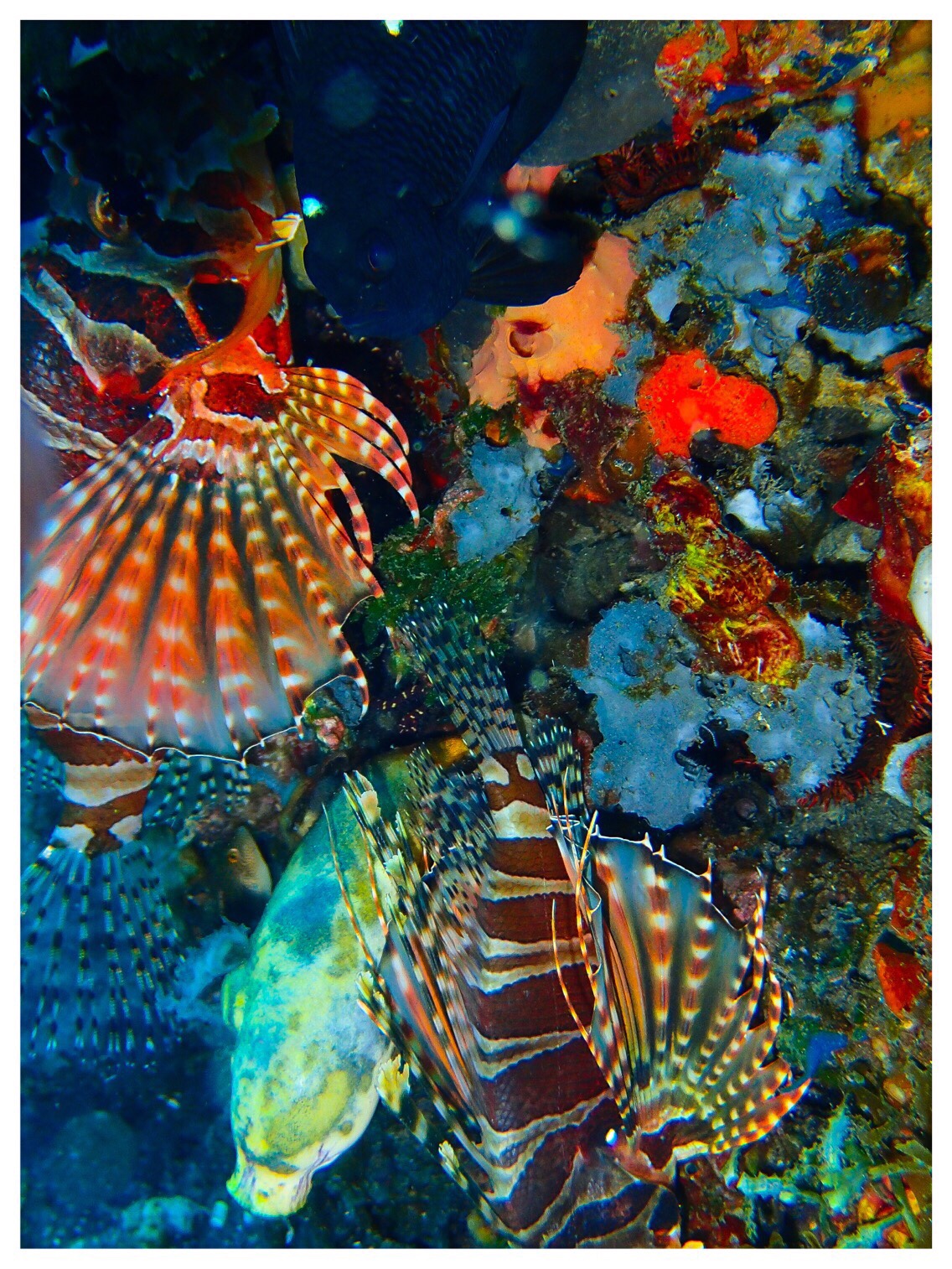 I started reflecting on this subject when we placed our house in Kohukohu for sale.

The house is a tree house, built into a fertile steep hill, done in a Japanese design.

We fell in love with the unique design of it, and were totally charmed with the property.
The fact that we had to walk up and down a steep hill or climb steps, did not deter us for one moment, because we believe that in order to stay young and fit, you have to constantly put your body to work, and to challenge it daily.
It is important not to just do it by visits to the gym, but by doing so in the course of daily life.

In our many travels to Asia, we climbed many hundreds of steps to visit Buddhist and Shinto temples built high on the mountains.
They built those sanctuaries on top of high mountains, because the vibrations of remote places are higher and finer, and also in order to encourage visitors to climb there as a spiritual pilgrimage, and not as curious passing tourists.

The local elderly villagers living in those areas walked up and down these steps and mountains as if they were flat ground.
They would stop to laugh at us, huffing and puffing, and stopping to catch our breath or to offer a grandfatherly encouraging glance, as we stopped to sit at the edge of a step, after climbing hundreds of stairs.

Once while we were cycling in Europe, we climbed up a steep road to a village, in which we planned to spend the night.
I found myself paddling hard up the hill, right behind a very elderly woman, who was cycling ahead of me at a vigorous speed.

Her bike was old and she was wearing a grandmother’s flowery dress and sheer stockings.
I was in my thirties, and riding a newer and more advanced bike, dressed in full cycling clothes, yet I was the one sweating and puffing, and she was cycling easily, as easy as the breeze… As she usually did, cycling up that hill every day of her life.

It was her life long habit of cycling up steep hills, that kept her fit and strong.

It was the same daily physical challenge and high level of physical activity, that I noticed with the elderly that we saw in Asia, who lived an active life and stayed perfectly fit.

When I think of them, and compare them to the many elderly people that I saw while living in Florida, I cannot stop myself from laughing in bewilderment……

In Florida, elderly people do not just stop climbing stairs, they finally stop walking all together….. They resort to riding these wheel chair scooters, which they ride everywhere, even though there is nothing wrong with their spines or legs.

In many cultures people think of themselves as old, when they reach sixty years of age.
It is such a waste of power, to think of yourself as old, just when you have reached a point in life where your kids are grown, you’ve paid off your mortgage and can retire to enjoy your life.
This is the time to celebrate and to move into your true spiritual powers- not a time to think and behave as if you were heading towards the end…. It is JUST THE BEGINNING…..

Recently when we looked to rent an apartment in Venice Italy, for our upcoming Venice Carnival visit, I noticed that many apartments mentioned that there were stairs to climb.
Some mentioned the exact number of steps in their advertising, saying that you have to climb 48 stairs or 72 stairs without an elevator.

I read it and sighed….
How sad it is that we do not realize that it is our belief and expectations that bring about exactly what we fear….

It is BECAUSE people avoid physical challenges daily, and look to make their life
“Physically easy,” that they invite the condition of physical deterioration and lack of agility, flexibility, mobility, balance and alertness.

Many books have been written about how to deal with aging and death.

It may seems so humble and humane, to learn to accept and even to embrace old age, but in fact it is not so.
By creating the expectations that their bodies will age and will become frail and weak, they are unknowingly laying down the rail tracks, to invite it to happen.

If people wished not to invite physical fragility and mental decay, they have to keep active and challenge themselves into being in good shape.
They need to understand how they invite bad circumstances by their beliefs and how they feed these wrong ideas and allow them to grow in their minds, by embracing limited ideas and wrong thinking.

Older people, even those without physical ailments, start behaving like old people by avoiding any hard physical activity.
By doing so, they do not think of themselves as clumsy or out of shape, but simply as old.
But they are really out of shape, not merely old.
In the Colorado mountains, which is the playground of America, I see many fit people in their nineties skiing down black slopes and cycling up the mountains.
They have had a lifelong habit of enjoying the outdoors, and not believing in old age and decay.

Yes, climbing stairs is hard, when you rarely do it.
It is even hard for young children, but when you challenge your body daily, you become fit.
It has nothing to do with aging, and A LOT to do with being out of shape.

When I was in my early twenties and a smoker, I lived a life that did not have many physical challenges.
As a result, I could hardly climb many stairs or do anything exerting.
I was skinny and attractive, but very out of shape physically.
You can ONLY become fit and in good shape, if you are physically active.

Old people think of their bodies as frail and they try to minimize all exertion.
It is BECAUSE they avoid hard physical activity, that they become frail.

Sometime an accident or an injury, will scare them and they will try to avoid engaging in such activity again (like skiing, riding a horse or hiking).
While if they thought of themselves as young, they would NEVER think of stopping those physical activities.
They ONLY consider the option of non-activity, because they think of themselves as old.

All this behavior is EXACTLY the reason why they will become what they fear the most… Weak, old and fragile.

The body responds to what the mind dictates.
The body has no ability to make decisions on its own.
It will be as strong or as weak as the mind believes it to be.
If you will it to be strong by believing you can do it, and by exercising it and daily engaging in activity, it will be strong and agile.

We need to shift and evolve our ideas about aging and not accept it as “normal.”

Even science is coming onboard with it, saying that there is no physical reason why the body’s cells should degenerate and produce an aged body.

In his book “The Mitochondrial Free Radical Theory of Aging” published in 1999, Cambridge-educated Aubrey De Grey, PhD, claimed that aging is NOT a natural progress, but an avoidable process.

He goes on to explain that nobody researches medication for aging, because we do not tend to think of it as a disease, but as a natural process.
He says that we should think about aging as a DISEASE which could be prevented or at the very least, extend the body’s age for a few hundred years.

He writes that preventing damage to mitochondrial DNA, might by itself extend lifespan significantly.

De Grey argues that the fundamental knowledge needed to develop effective anti-aging medicine mostly already exists, and that the science is ahead of the funding.

He also said that he found it amazing that when he came up with his findings, most scientists were not interested and instead spoke about the social and problematic aspects of what would happen if people were to live for hundreds of years.
They spoke about food shortage and limited supply of natural resources.

I find it sad to think that most people accept old age and the concept of decay and death without exploring it.

I think of myself not as a physical body, but as a whole spiritual being who is improving and growing all the time.
I focus on my own growth and development daily, and I am alert and attentive to any signs that indicate that I fell into wrong or limited thinking, and I try to correct them as soon as I become aware of them.

I daily work on getting rid of my ego’s identification, evolving my limiting traits and letting go of wrong ideas, and I aim to embrace universal Truths, joy and happiness.

← Summer in the Far North of New Zealand
Exploring your regrets →