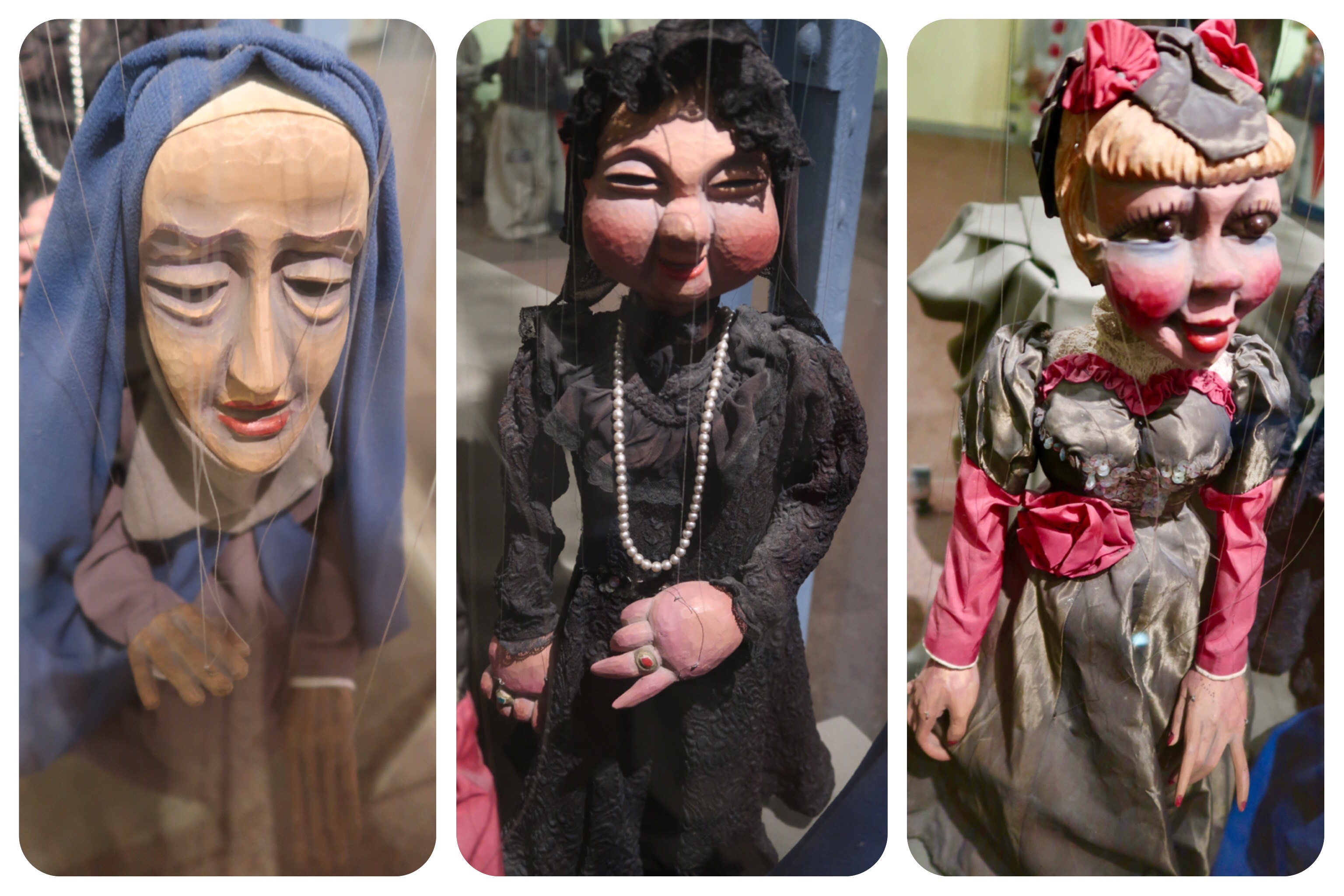 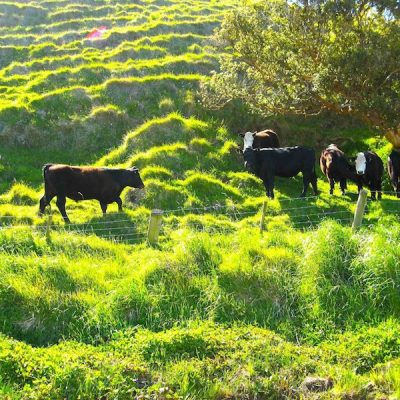 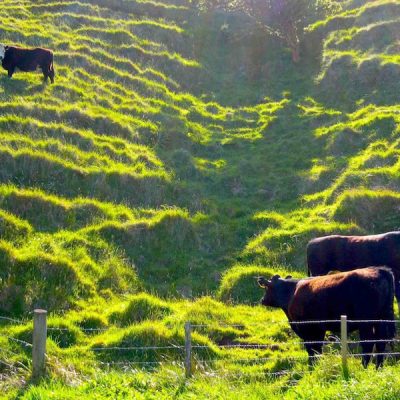 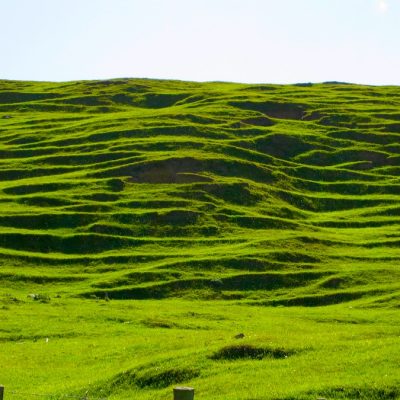 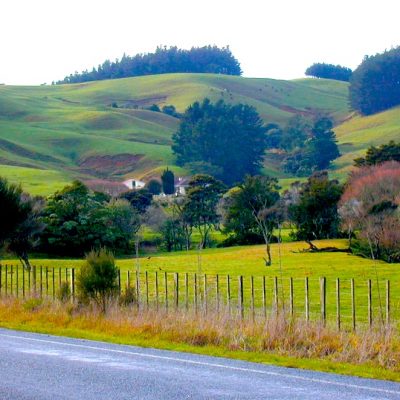 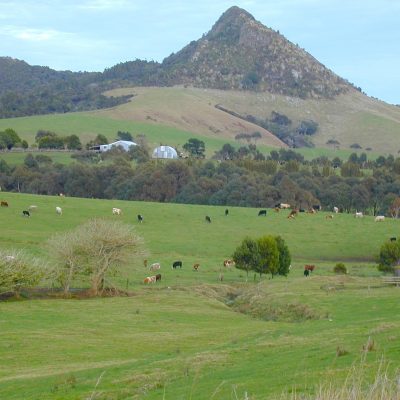 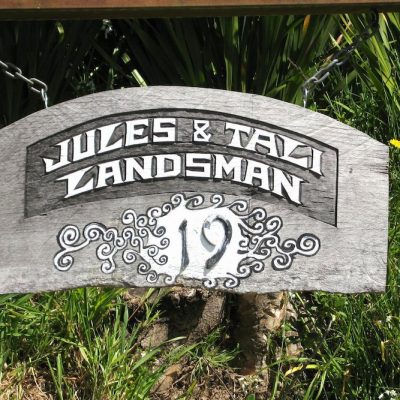 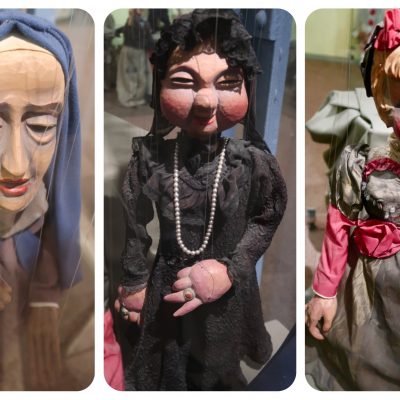 I have changed the names of the people in this story.
I am sorting through memories and events that happened since we moved to rural New Zealand nine years ago.
Now that we are in the process of moving out of Kohukohu, I am taking the time to reflect back and to acknowledge the humor and the spirit in what has been an interesting life’s adventure for us.

When we first moved to New Zealand, we bought a house in the hilly picturesque harbor town of Kohukohu.

The Tasman sea is very torturous, and so the only boats you will see in the Hokianga harbor, stay inside the perimeters of the harbor and never venture out.

But the Hokianga harbor is vast, and it meanders deep into the west coast landscape, spreading tentacles into this region like an octopus.

The strong tides fill this harbor with large fish and all sorts of sea life, including occasionally some Orcas or jumping dolphins.

When we neared the end of a long renovation process, I wanted to make a house sign with our names on it, to claim our own part of this hilly paradise.
It felt good to know that we had a home, continents away from our home in America.

The native Maori have always worked with wood.
Living on isolated islands, wood was their material of choice.
They built their ships, canoes (called Waka), and their meeting places (called Marae) from wood, and they also have a long tradition of carving in wood.

In fact, the native NZ wood held a great appeal to the British, who came to NZ to export these thick Kauri trees back to England, where the hardy wood was used for building majestic and very seaworthy ships.

I asked around the village where can I get a wooden sign carved.

I was told that there were two people carving wood in our village.
One who was frequently drunk and not the most reliable, and the other was Paul.
Paul was new in town, and I was told that he needed the work very much.

I asked how do I get in touch with Paul? What was his last name and how can I get a hold of his phone number?

Rakataupa road snakes uphill from the beach road, right in front of the small convenient store called “Dairy” in NZ.
A throwback to times when these small neighborhood stores used to be the primary rural milk and dairy delivery and sale spots.

Along Rakataupa road, there are houses on large pieces of land, farms and vast green pastures dotted with cows grazing around small watering holes.
More often, you will see the more characteristic way of providing water for the cows, in the form of old heavy bathtubs that were left to collect rainwater.

Many of the farms have old cars or machinery decorating their front yards, most of it in various stages of deterioration, crawling with the vigorous virtually indestructible grass called Kikuyu (pronounced Kaikuya).

The higher you go up Rakataupa road, you will see more large native Macrocarpa trees, pines, Puriri trees with thick barks, and many tall Eucalyptus spreading thick and gnarly limbs into sunny fields.

Spiders knit their elaborate webs between the branches of trees, hoping to trap some succulent flies.

Paul lived on the edge of the road, in a small ply wood hut.
It was originally built by the son of the owner of the land.

The grass surrounding his rented hut, was meticulously mowed and was edged with flowers.
A non motorized rusted push mower stood under the shade of a tree, ready to be used.

Paul had a small section of a well-tended vegetable garden and a rusty bicycle, which he used to get into the center of the village, were he volunteered every Wednesday at the local charity shop (called the Opportunity Shop, or shortened to Op Shop).

Paul’s hut was impeccably neat and organized, which was a bit of a wonder.
In one section, he had a tiny bedroom, not larger than a small tool shed, which was fully enclosed and was even heated with a gas heater.

The kitchen and his sitting area were to the left of the small bedroom, and were covered with only a roof, that was made of rough sawn wood, covered with corrugated iron.

Paul’s dishes, cups and eating utensils, were nicely stacked on wooden shelves that he had made, and his cooking oil and spices were neatly organized along the wooden bench that constituted his kitchen.

I stepped into his small universe, and introduced myself.
Paul extended his hand to shake mine in a sweet and welcoming gesture… He was missing a few fingers.

It was the beginning of winter and the days were getting rapidly colder, yet in the typical hardy Kiwi way, Paul was wearing a sweater, a jacket and….. Shorts.

A farmer who lived in the neighboring farm, came to see why I was there.
He introduce himself and sat down on a plastic chair.
He was dressed the same way…. A warm old sweater and…. Shorts.

I sat down on a wooden bench next to Paul’s wooden table which served as his dining table and working area combined.
I explained that I was hoping to hire him to carve a wooden sign for me, and asked if I could see any of his work.

Paul pulled from the corner a few small wooden signs that he made.
He dusted them off with the sleeve of his worn sweater.

These were small wooden signs that he had made to sell at the Saturday market, he explained to me.
Nothing much… But they can give me an idea of the fonts that he uses…he added, his voice trailing off…

The Saturday market was a humble affair that took place irregularly on Saturdays, in the main street of the village, during the warmer summer months.
Some people brought their surplus fruit or vegetables from their gardens.
Others brought their overgrown kid’s toys or clothes or any other unwanted or used items to sell.
The market would line both sides of the main street of the village.
A few folding tables would be piled with homemade jam, homemade wine, or some snacks for sale along with some jewelry, planters or crafts.

It was local and sweet, but it only made me yearn for the small weekend markets in rural France or Italy, where farmers brought superb homemade cheeses, home made wines or olive oils, and some of the best baked breads on earth…

Paul said that he worked with no power tools.
Everything is slowly carved by hand, using handheld tools that he had owned for many years now.
Paul added that he keeps sharpening and oiling his tools, to keep them from rusting, since he worked in an outdoor workshop.

The wooden signs that Paul had handed to me, were carved on found pieces of native wood.
Some of them were carved on drift wood, bleached white from being exposed to the salty sea water and the bright sun.

They had inspirational messages like “Seize the day!” or simply had encouraging slogans like “Go Girl” and “Go Hokianga” or “Wild Woman” and “Sunflower Power,” they were nicely carved and I was content that Paul would do a great job.

At the entrance to his open kitchen, Paul had his mosquito and fly control device.
When I say “device” I am being a bit misleading….
It was a long strip of sticky glue paper, to which many dozens of curious flies who had come to inspect the possibilities of dining on Paul’s food, were stuck.

The air smelled of freshly cut grass, sweet wildflowers and wood oil.
Paul oiled a few small pieces of wood, to show me the beautiful veins of the different kinds of woods that I could choose for the sign.

On a page of his thick pocket diary, I wrote the spelling of our names.
I told Paul that I would leave to it to him to decide on the creative aspect, and that he was free to design the sign as he wished.
I assured him that I had no preference, and that he could decide on the size of the letters as they fitted the space on the sign naturally.
He seemed happy and relieved to be trusted with the creative design.

We stood there conversing about this and that….. I was picking up bits of information about this humble yet extraordinary man who said that he had moved to the hills of the Hokianga to live a simpler life on the land, free of too many burdens and to heal himself….
A life without too many possessions, too many complications, too many relations or too much ambitions.
He seemed content in a humble and vulnerable way.

He was not a blissful man, nor was he radiating joy.
He lived like a friendly hermit on the hills of this small village, and he had found a home for himself, fitting well with a community of eccentrics who valued the quiet, and loved living simple lives, on the land.

I wondered how I fitted in…..in this rural community of interesting and strong personalities….
Me, a nomad at heart who simply got tired of living in big cities….
I missed the beauty of nature, the cry of the birds, and yearned for silence…

In many respects, Kohukohu fitted me well…
But…
I still loved to travel so much…… and I loved luxuries and enjoyed tremendously the gifts of big cities that the locals here dismissively called “The Big Smoke”…

How do we fit in this small rural place…. I wondered….
But I was not sure we should try to fit in….
Why not enjoy this place for what it had to offer, and at the same time keep living our life the way we love, doing what we value…….

I was aware that we live a life of extremes…..
Luxuries and simplicity….. Quiet times and excitement…… Big crowed cities and rural isolation…… Living on the land and traveling the world……

I knew that the hardest part would be to navigate the potholes on our journey here..
To learn how to live in a small place, is MUCH harder than the ease of living in anonymity in a big city where nobody knows your name…

Time would tell that my worries were justified…
Unguarded, and in childlike enthusiastic to embrace our new community, we made every mistake in the book….

At that time, I only had the notion that it would be hard to navigate and to fit into this small community…

But I am running ahead of myself…..
For now, I thanked Paul and drove back to the village, trying to avoid the potholes on the unpaved Rakataupa road….