Cycling The Silk Road In China – Impressions of Kashgar 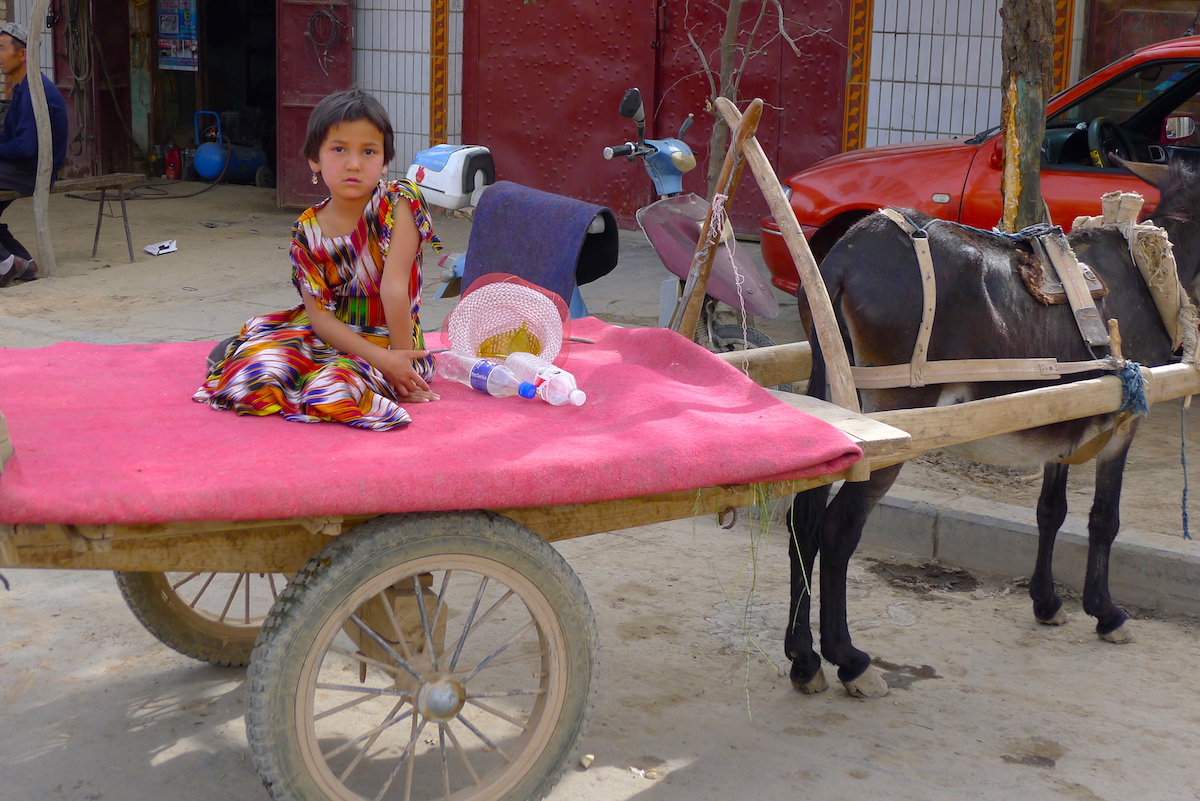 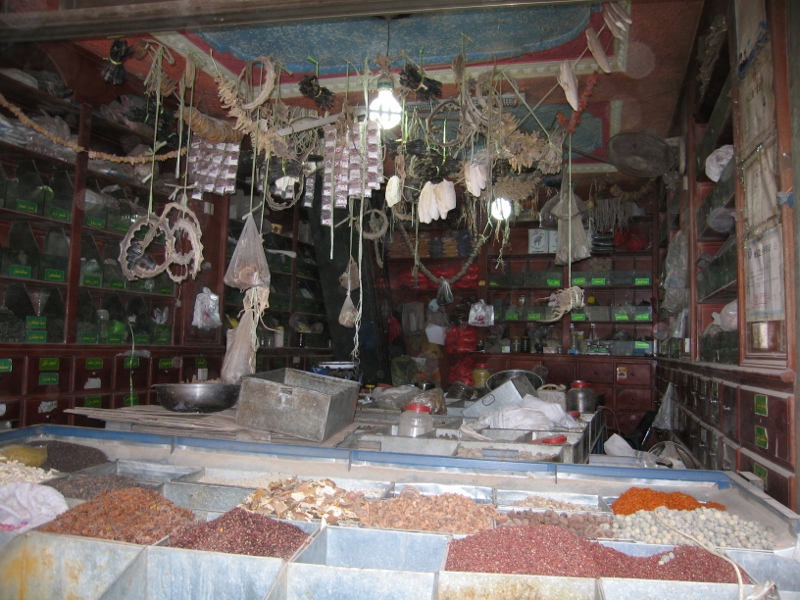 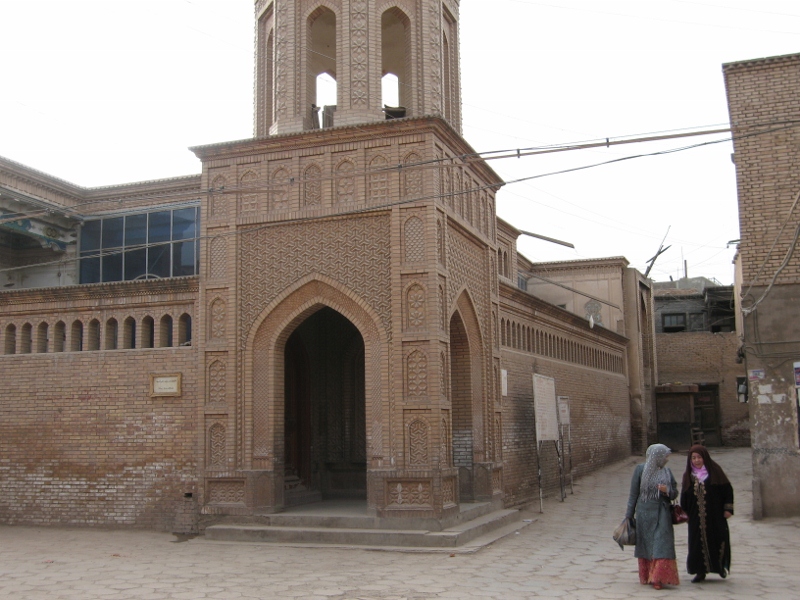 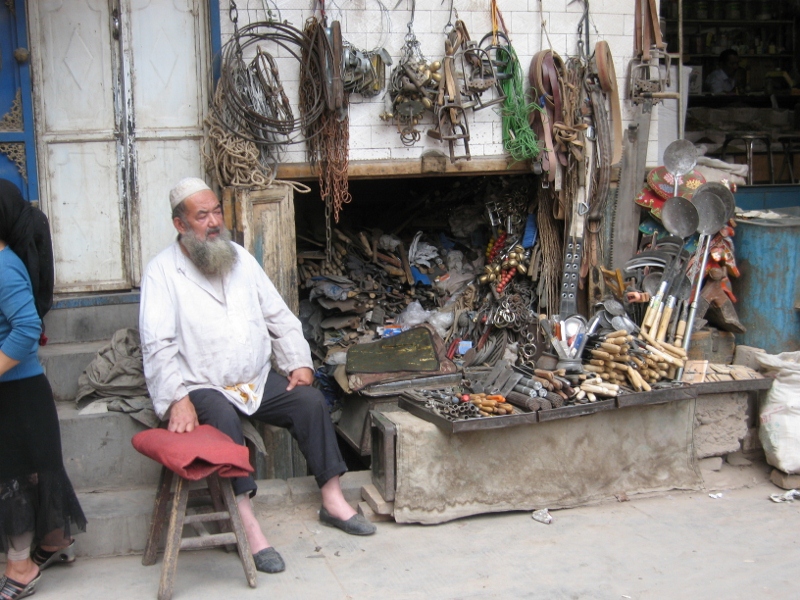 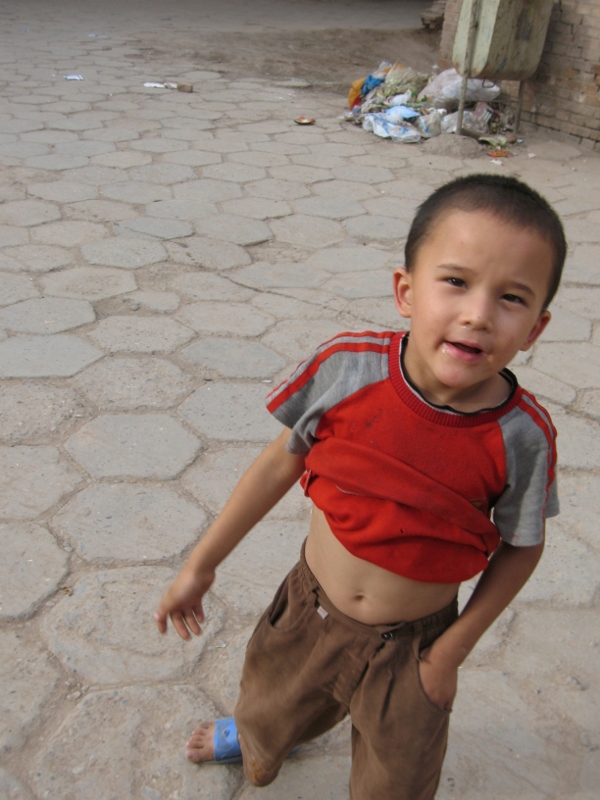 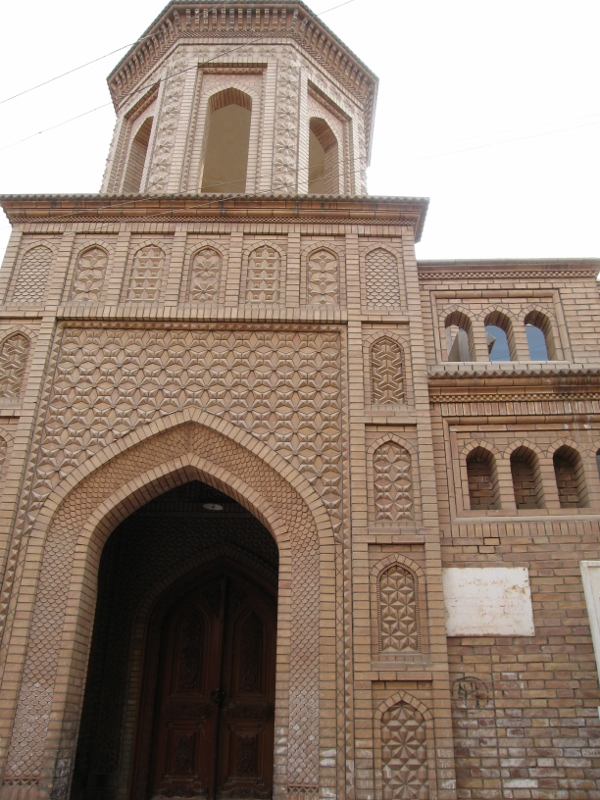 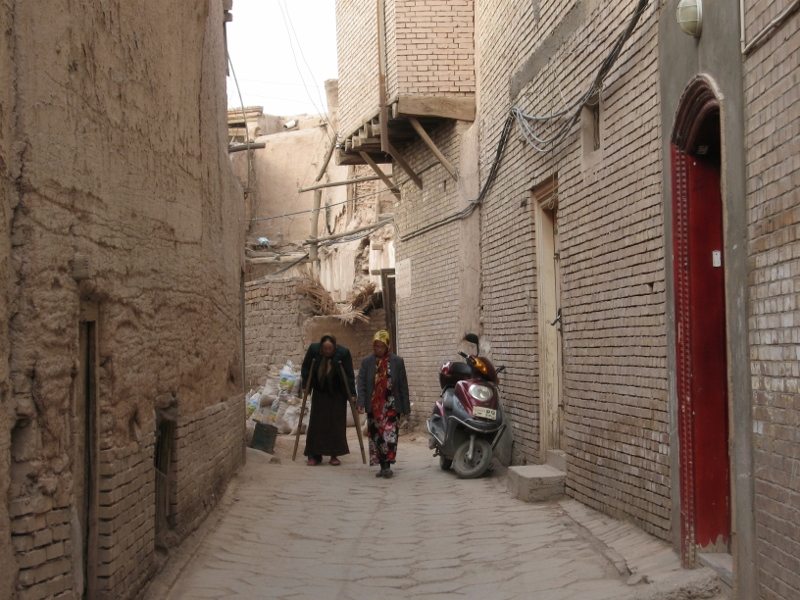 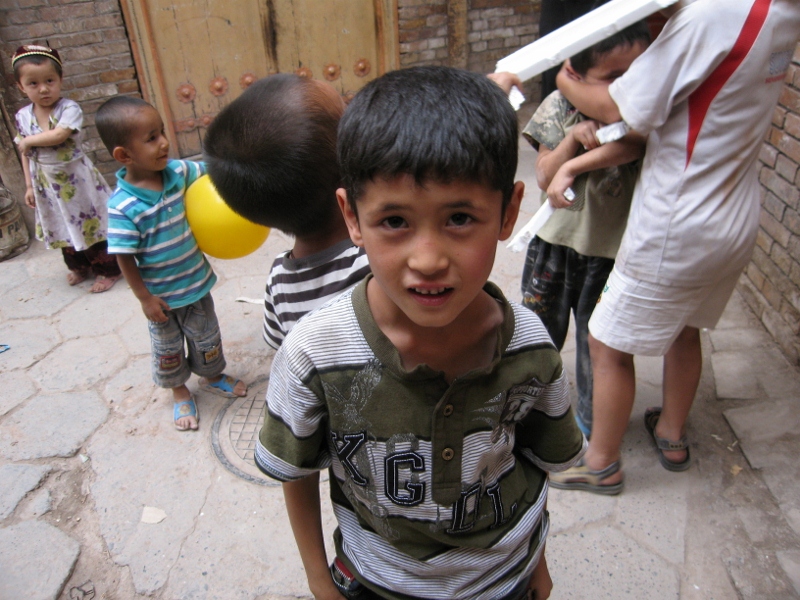 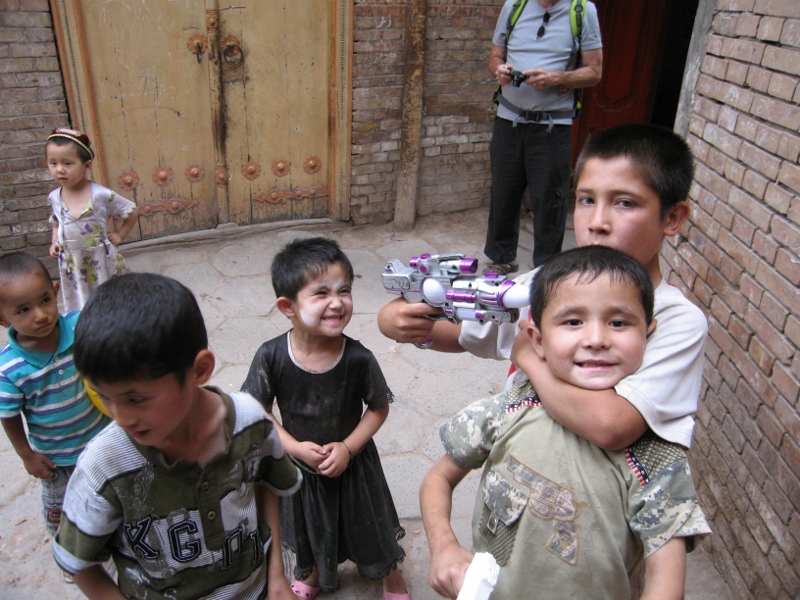 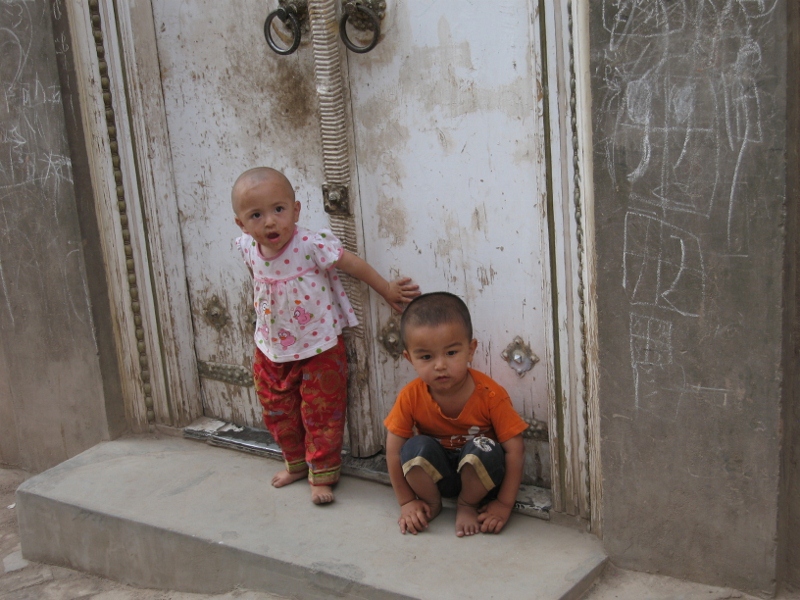 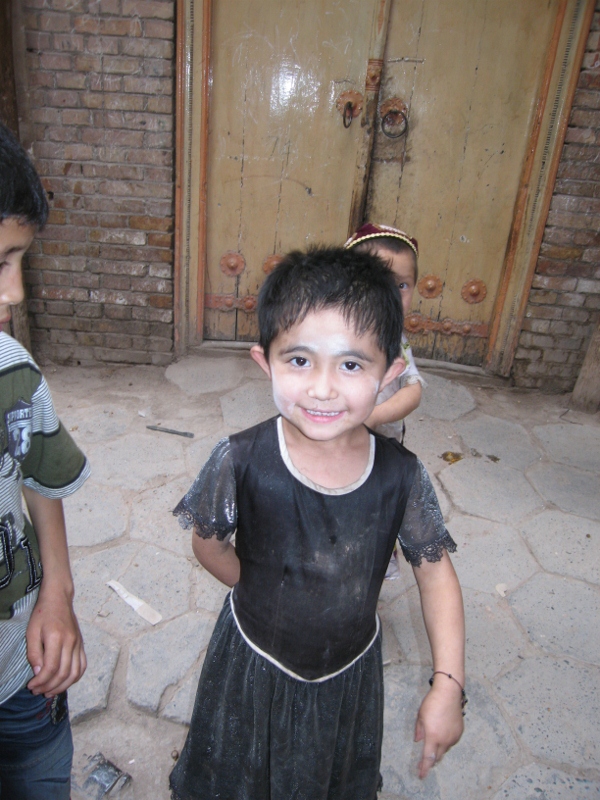 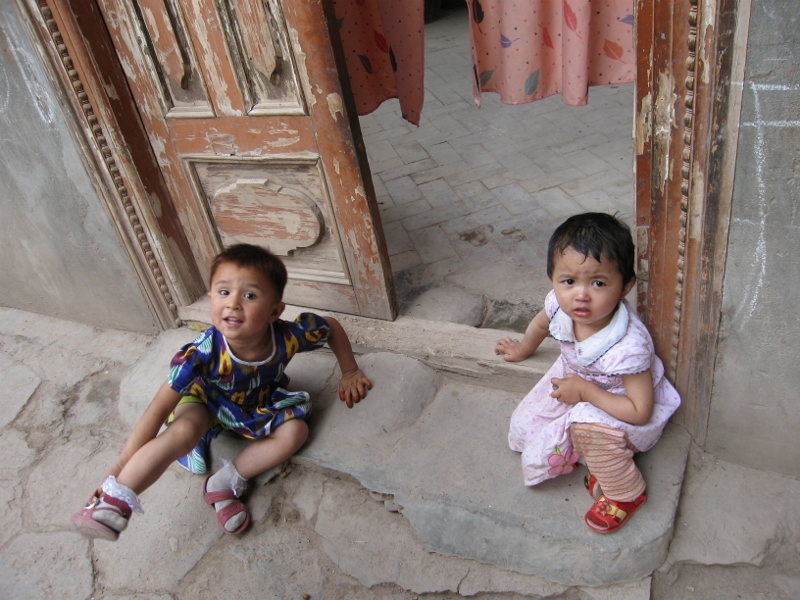 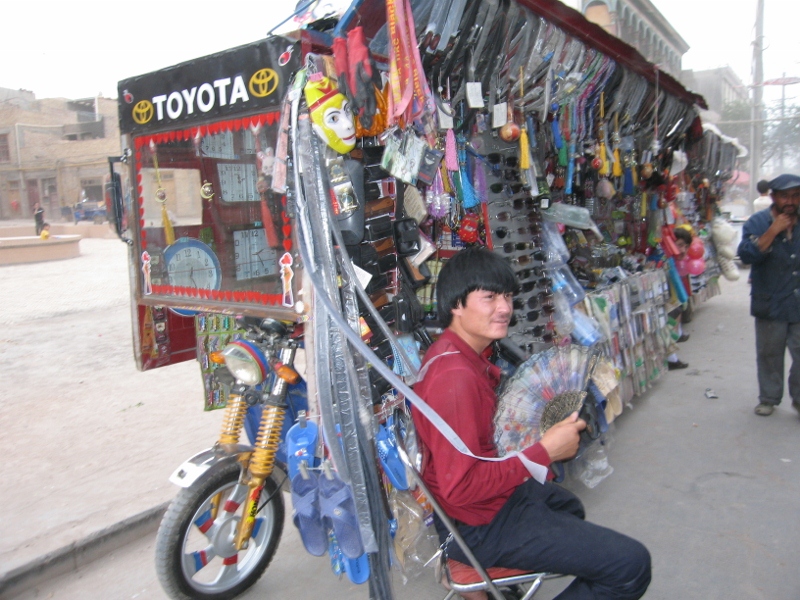 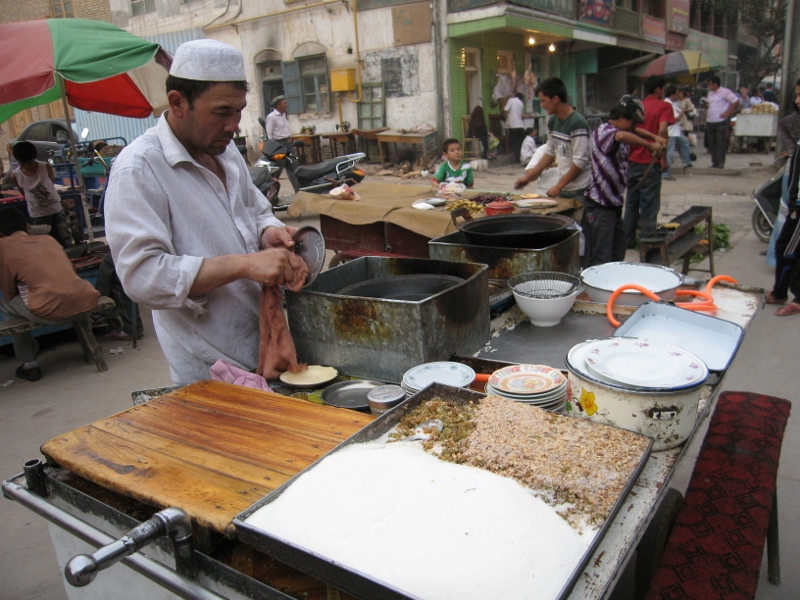 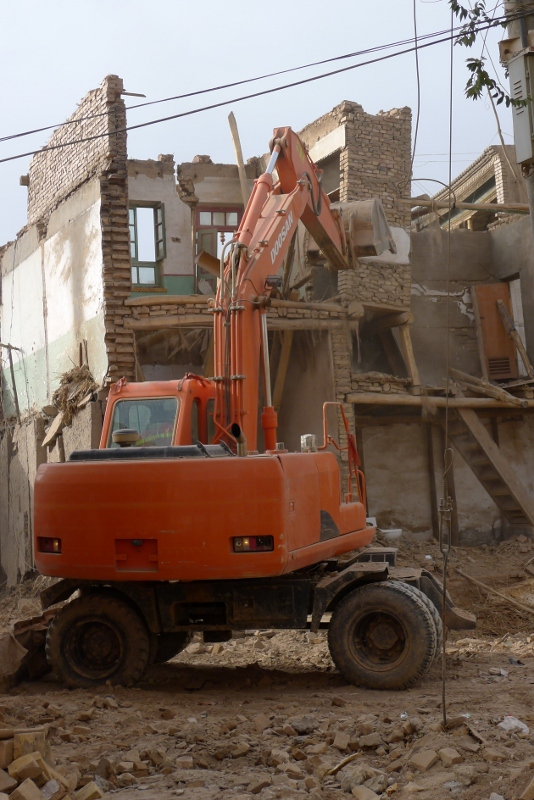 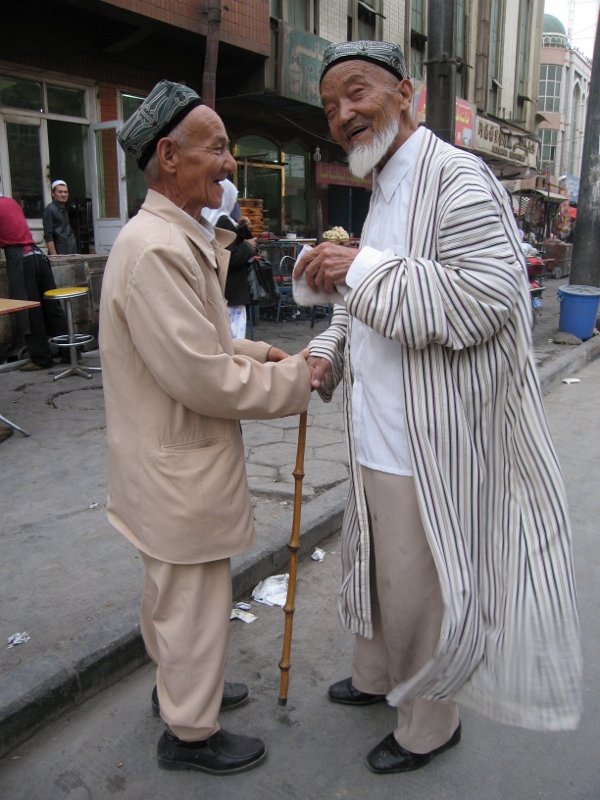 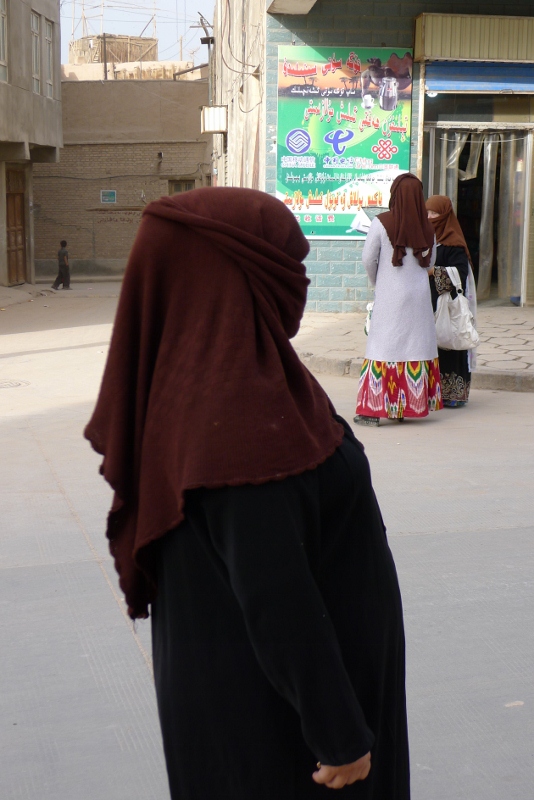 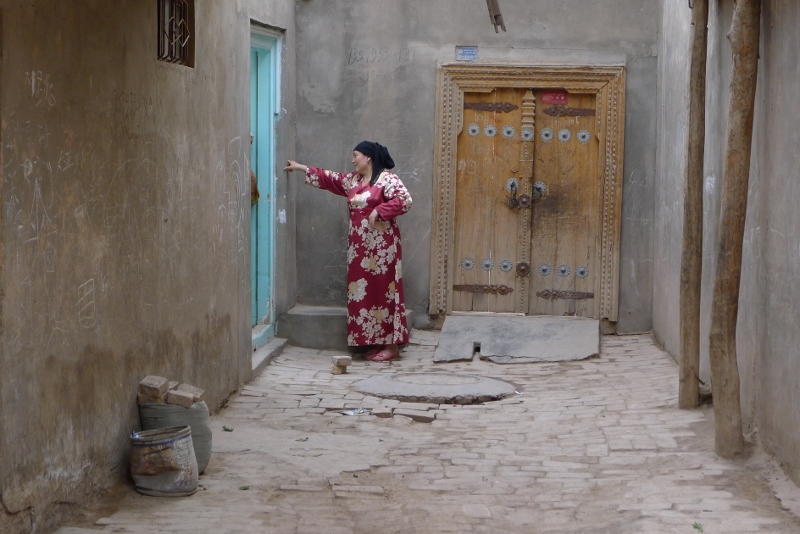 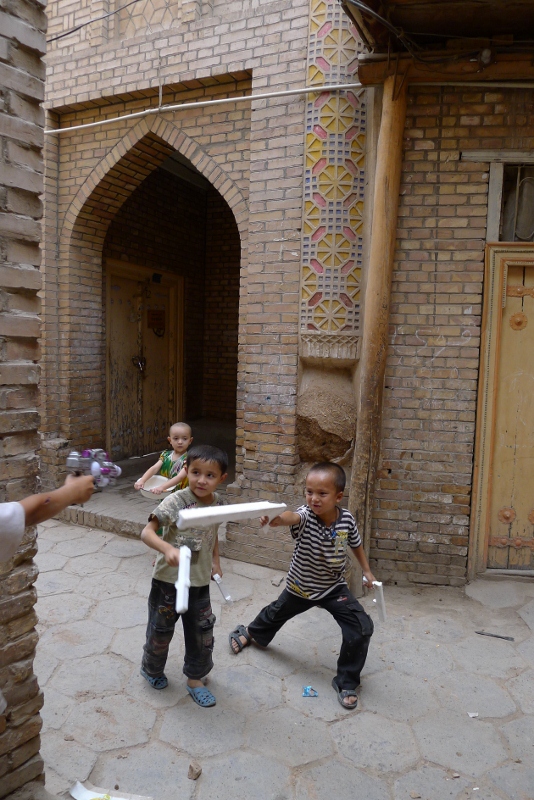 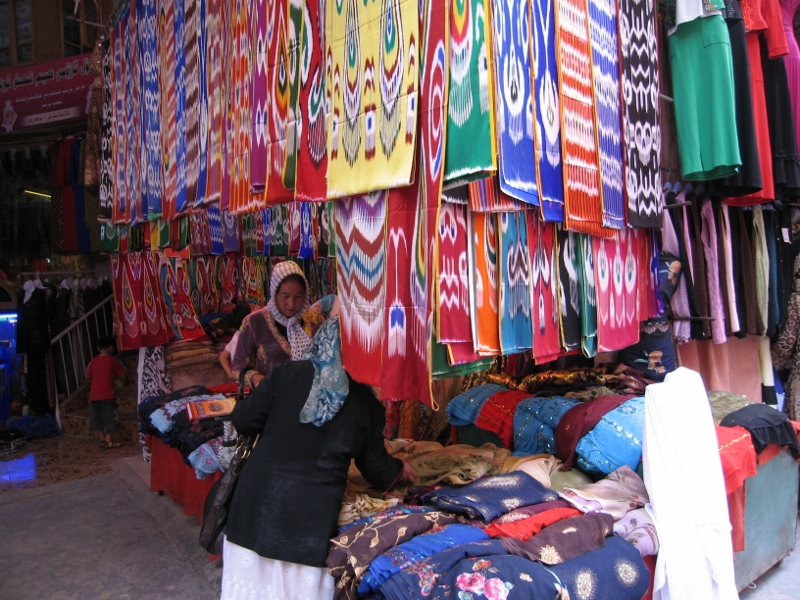 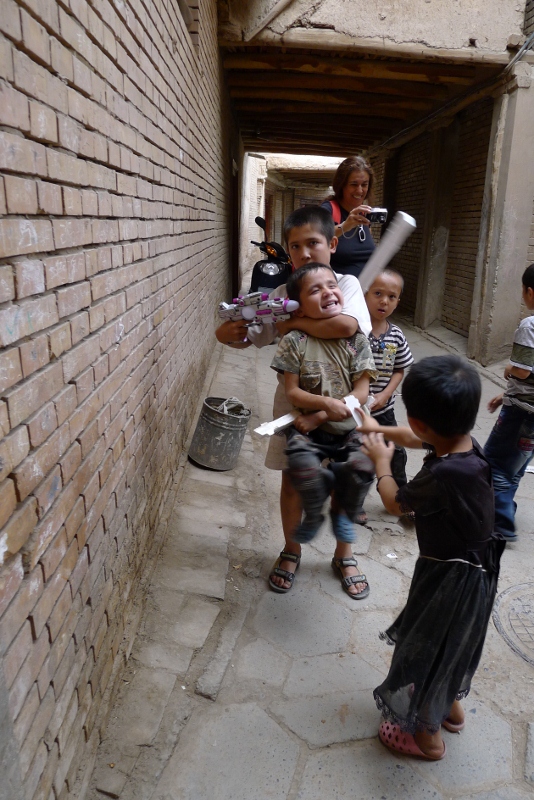 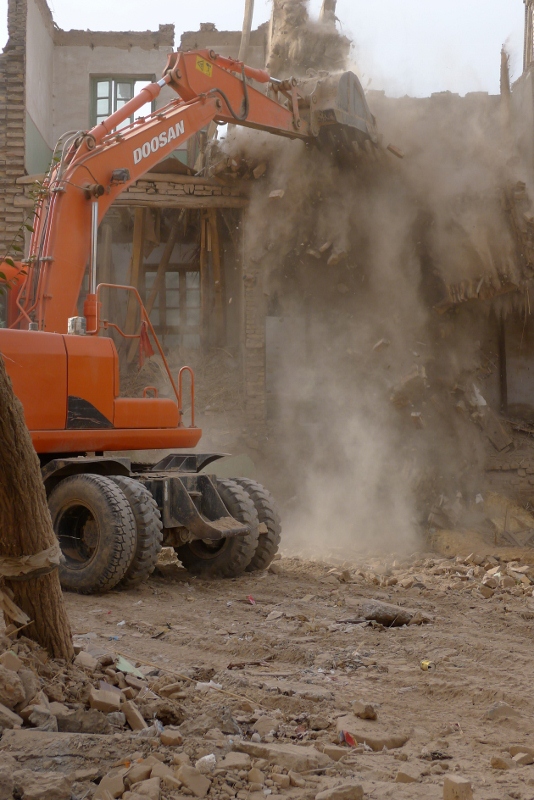 Kashgar is a hot place in this season.
We started strolling towards the big bazaar, when we noticed an old adobe village on top of the hill.
Most of it was in dilapidated state, but people were still living there, and the streets were charming and filled with shaded narrow pathways and humble homes.

We walked around, photographed the people and the buildings, some were built around 300-500 years ago, and resembled medieval architecture.

The big bazaar, was similar to the smaller one by the Id Kah Mosque, but only much much larger, and packed with many more people.

The sellers in this bazaar, were more aggressive and a bit forceful for my taste, in their attempt to sell us things we did not wish to try or buy.

After a long walk, we felt fatigued and went to a lovely restaurant that had a menu written in English.
They had bay windows with cushion seatings to lay on.
We tried the local tea, which was flavored with lemon rinds, orange and apples.
We also ordered salads, one with yogurt and cucumbers and a fresh vegetable salad. It was great to get a large mix salad with a lemon dressing
We ordered a dish of celery and lily bulb, and an eggplant dish, as well as vegetable pizza… (We just had to try it…)

Everything was tasty and we spent a few hours chilling, working on our iPads, writing and resting,….. Mostly letting go of the heat generated fatigue.

We walked the streets of Old Kashgar which were exactly the same as the hull top adobe village we visited before, which led me to conclude that in olden times, the whole city was built of neighborhoods like these, with a narrow maze of pathways and houses, many covered walkways and inner courtyards.

The Id Kah Mosque is an old quiet place, but it is not worthy of making it a destination.
Most Mosques are not elaborately decorated inside.
If you saw the brick work or the beautiful tile from outside, you saw it all….
When places of worship become a tourist attraction, it robs them of their mystics.
Without the local people praying in there, it felt like a building with nothing to look at.