Cycling The Silk Road In China – The Bizaklik Thousand-Buddha Caves 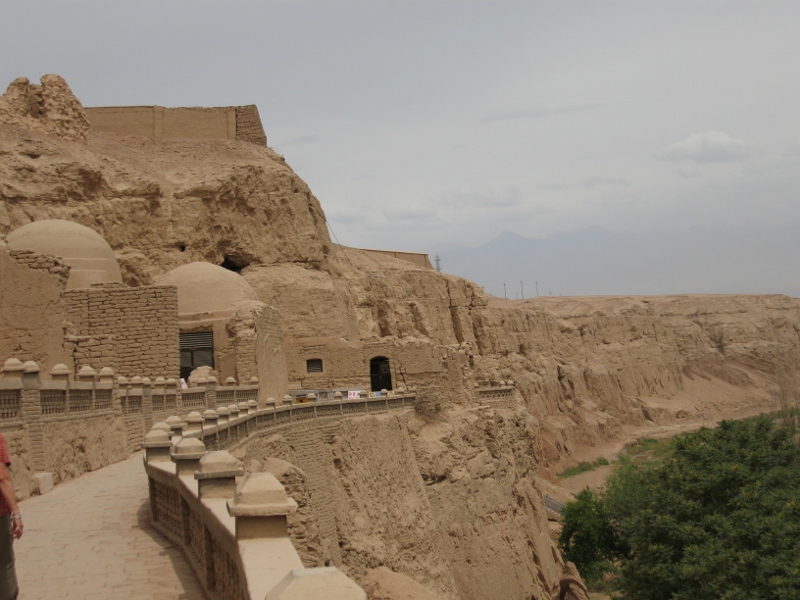 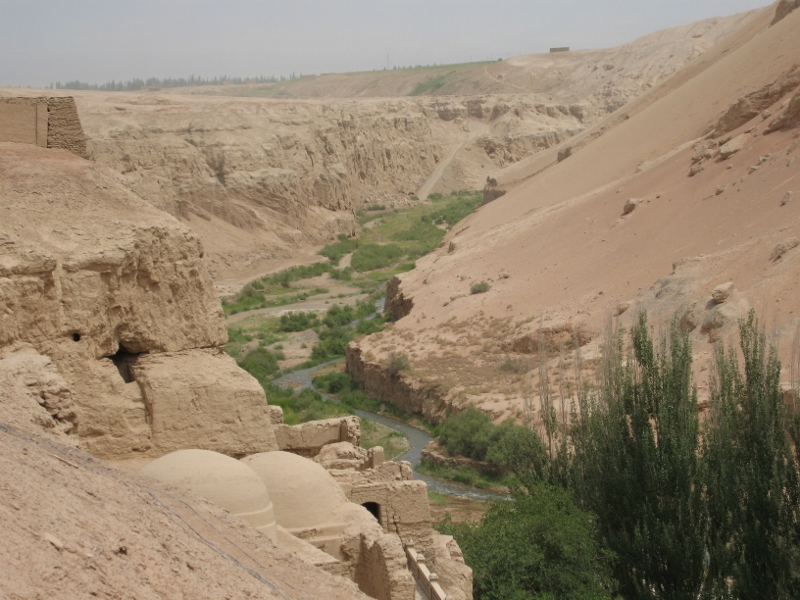 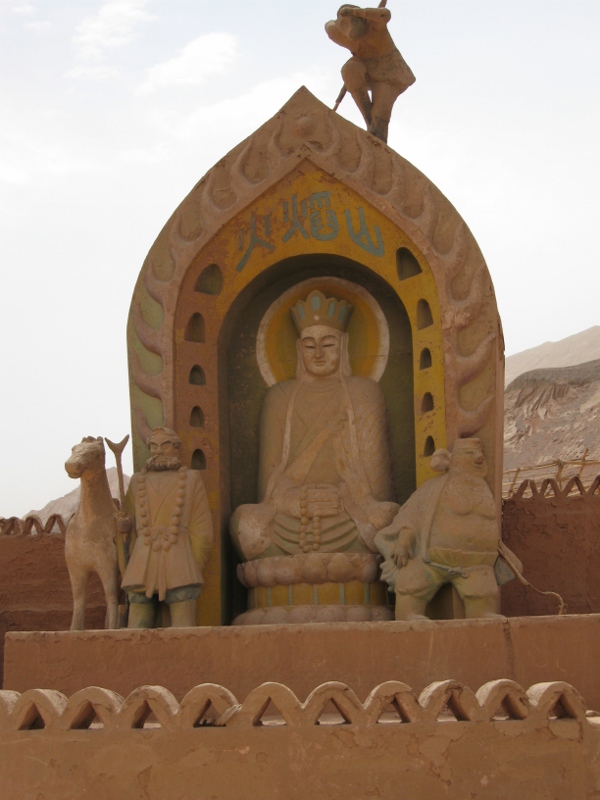 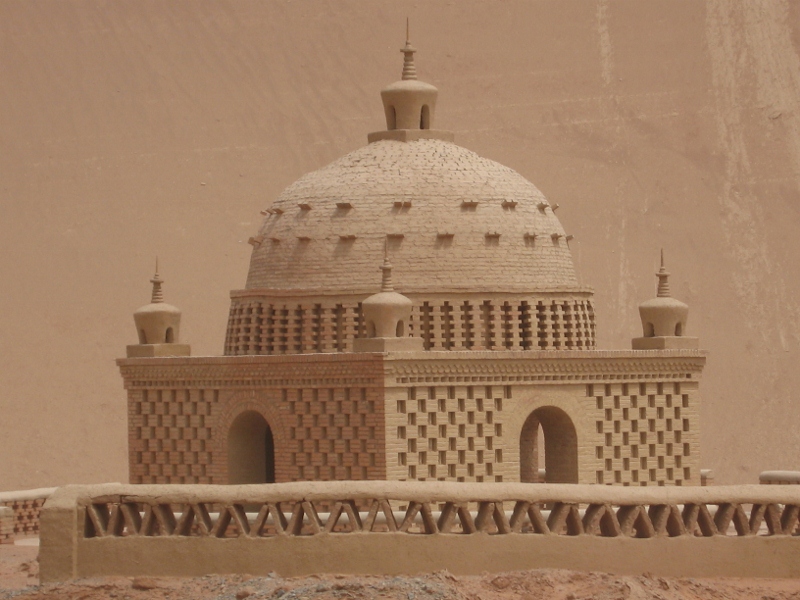 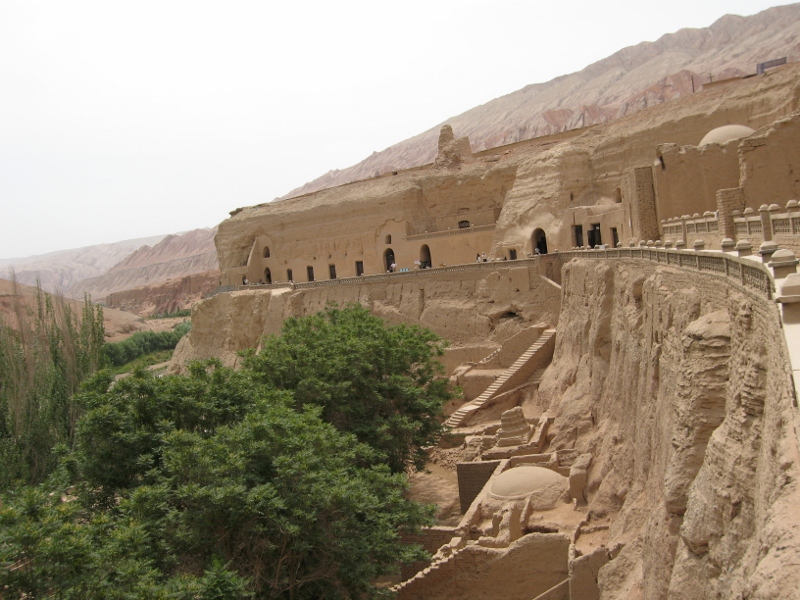 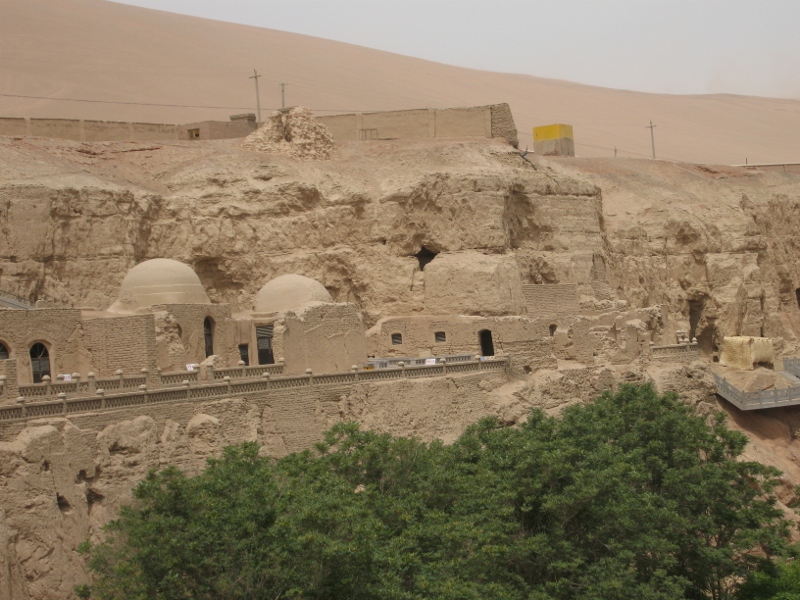 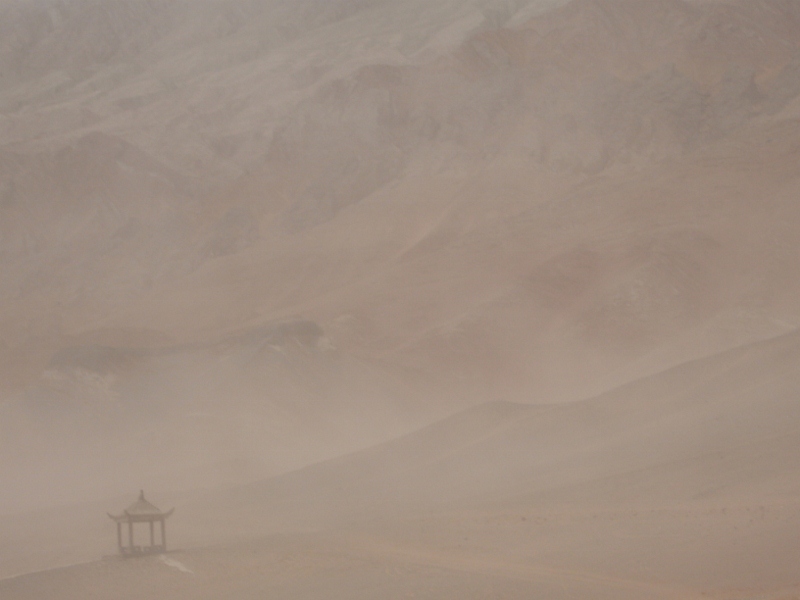 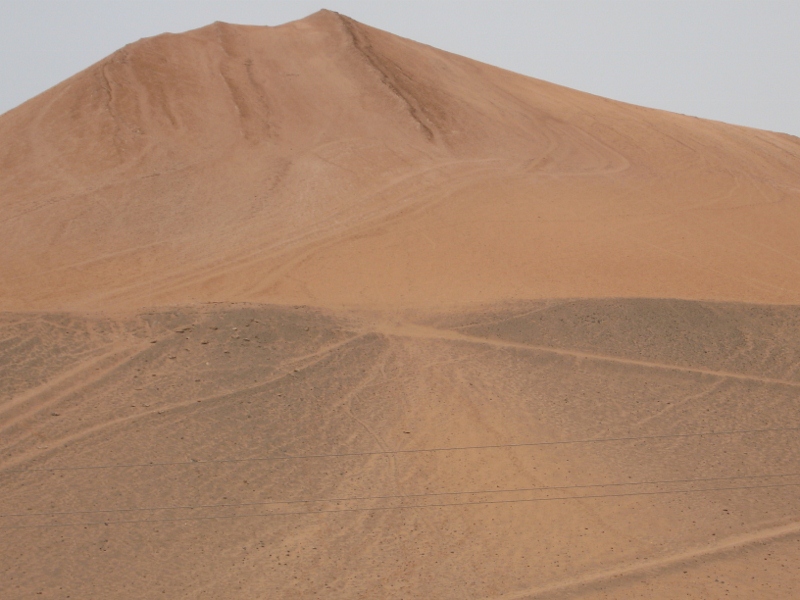 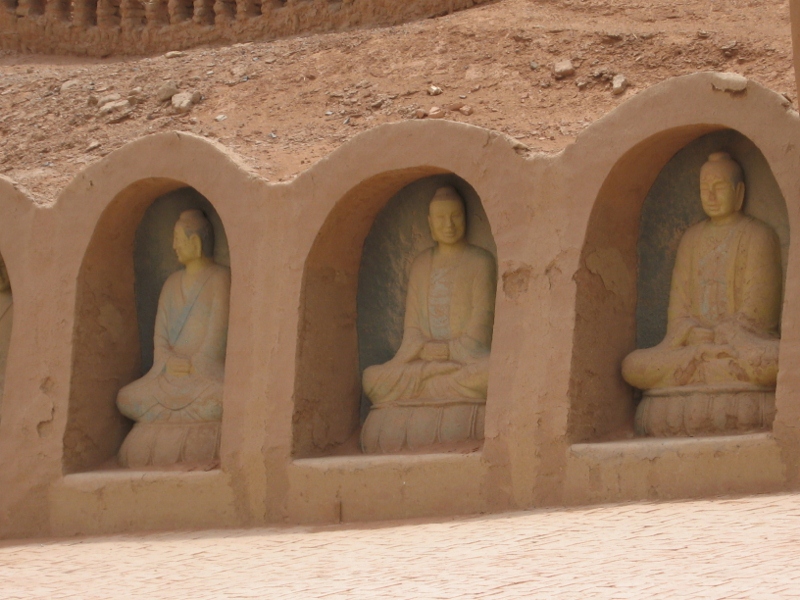 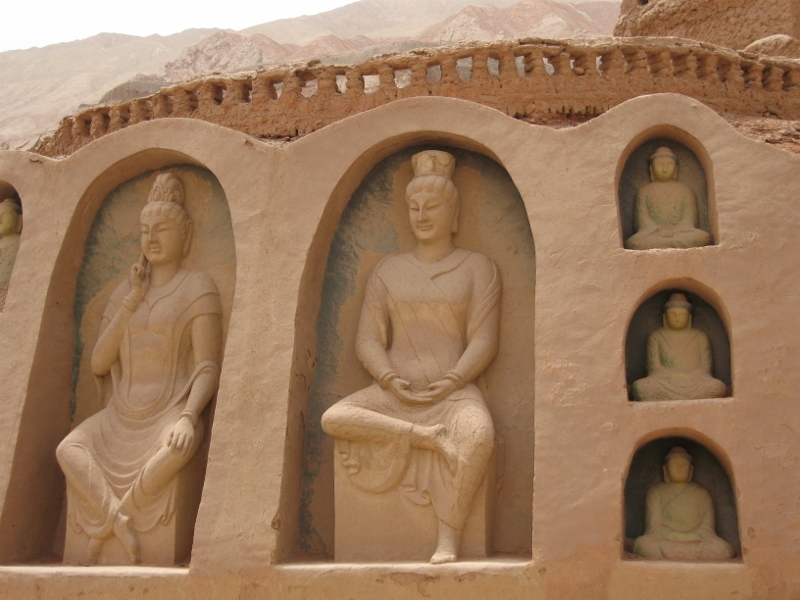 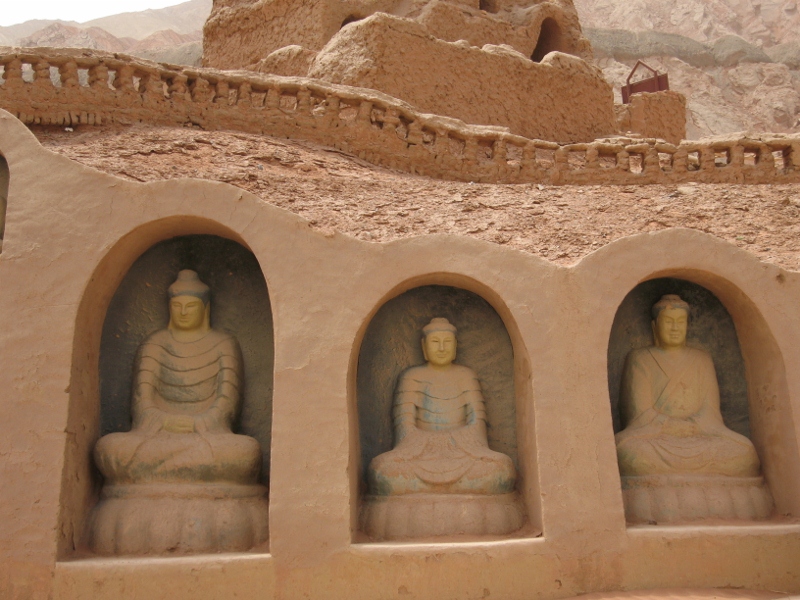 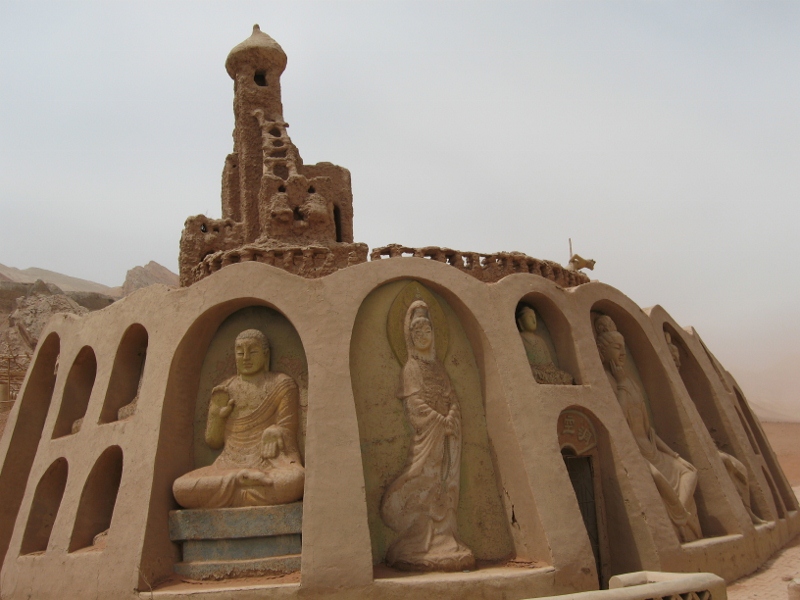 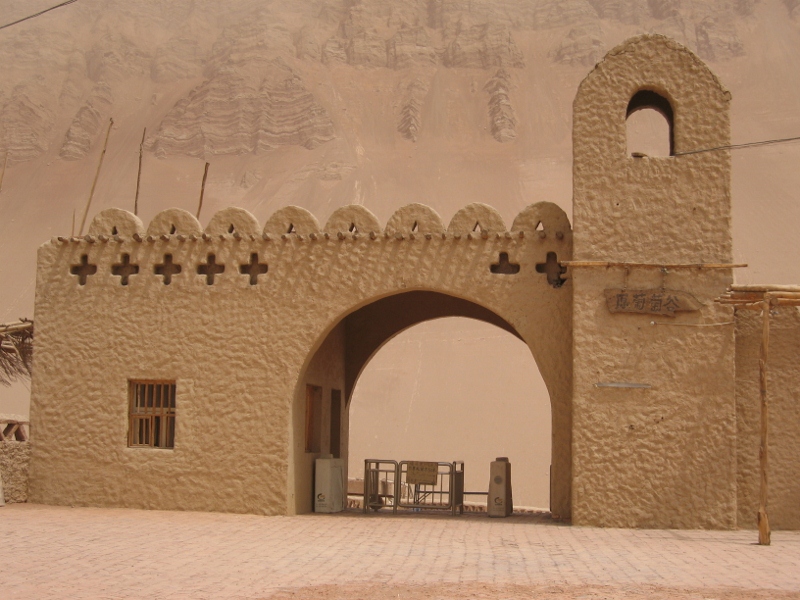 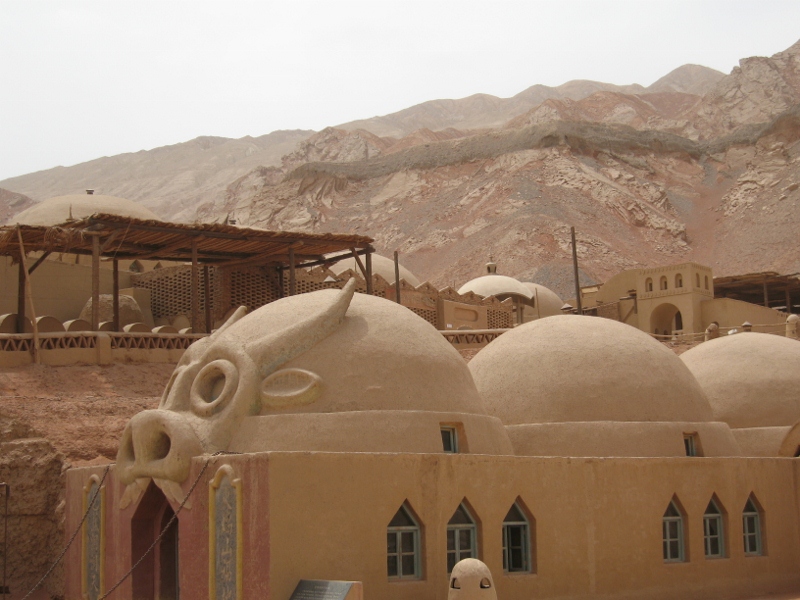 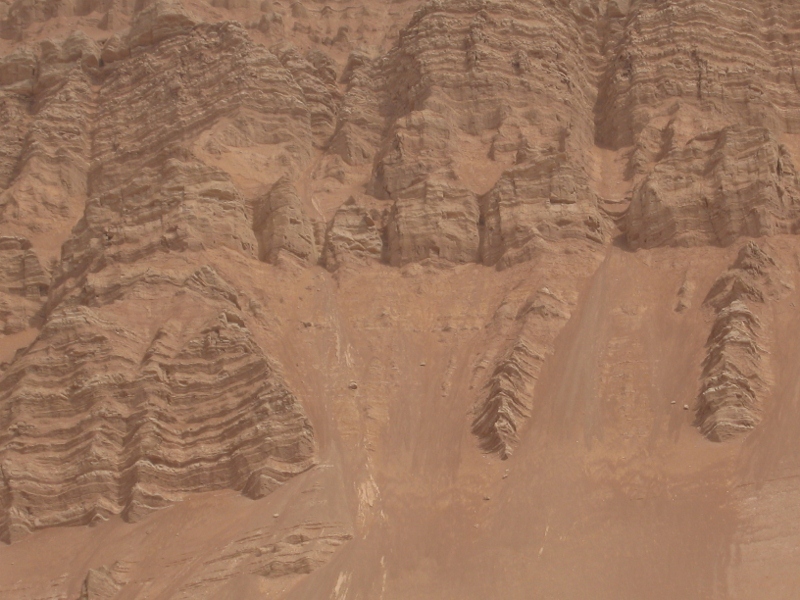 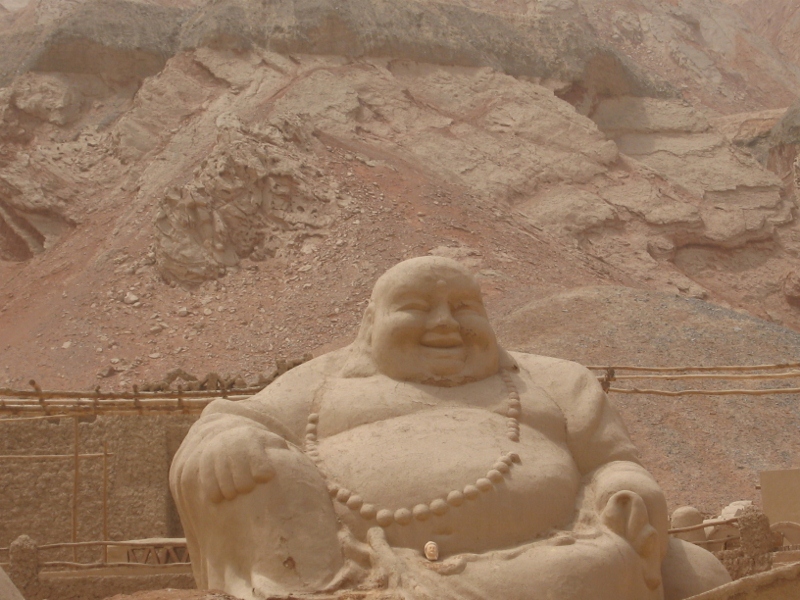 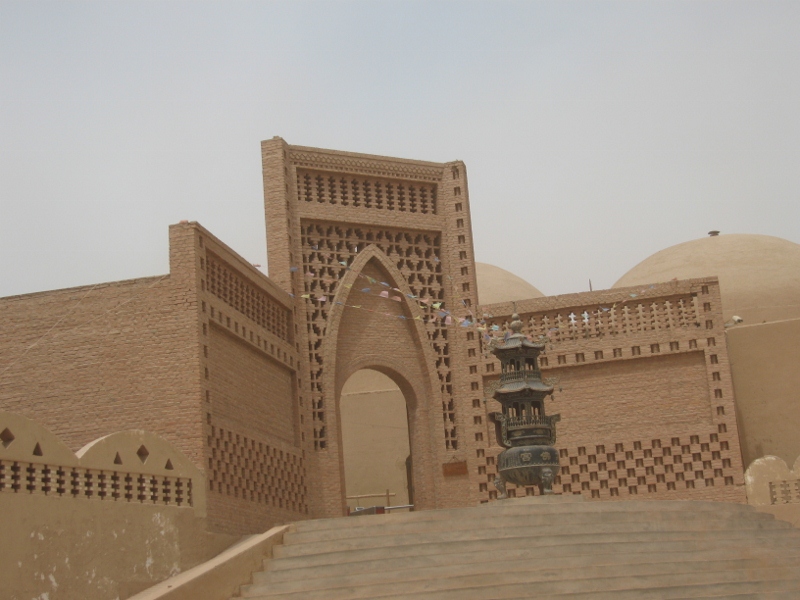 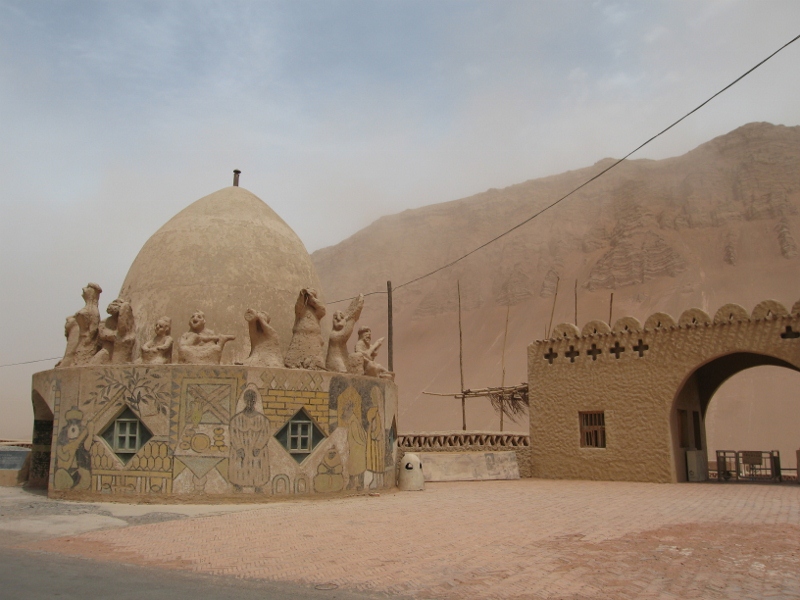 Today we continued to explore the sights around Turpan.
Because of the extreme heat and below sea level elevation, it was too hot to cycle, so we took a drive about 50 KM out of the center of Turpan, to see the Bizaklik Thousand-Buddha Caves.

The road took us through the Taklamakan desert and the famous “Flaming Mountains,” named poetically, because their red color in extremely hot days, look as if they were on fire.

The Bizaklik Thousand-Buddha Caves, are carved into a cliff, above a valley with a flowing river, grape vines and mature trees.

The whole area is surrounded by sandy desert mountains.
When we were there, a sudden desert storm blew sand into the air, blocking all view and making the air appear as if it were made of smoke…
But soon enough the wind calmed down and we were able to see what remains of the caves.

They were called the Ningrong Grottoes in the Tang Dynasty.
There are seventy-seven numbered grottoes, about forty of which still have small remains of murals in them.

The oldest grottoes were carved in the period of Quhsi Dynasty in the thirteenth century, it was once an important Buddhist gathering place.

Alas today, one walks around these majestic grottoes with a sense of loss….

The beautiful murals were cut by a German explorer, who removed large chunks of fresco adobe painted walls, stole large sculptures and left a massive amount of rubble and destruction.

His intentions were to preserve them for world’s history.
He gave them to the Berlin Museum, which was demolished to the ground during the WW2 bombing.

Many of the murals were defaced during the years, by Muslims who scratch out the eyes and the faces, and tore down the remaining statues.

The Muslims acted out of misunderstanding of their Islamic belief, which calls for worshipping NO images of any living creatures, nor worshipping statues of God, but only believing in God as ONE Spirit.

The words were taken out of context and the scriptures both in Islam and Judaism, have been completely misunderstood. (and still are)

Because we were not allowed to take photos in the caves, I am adding here other photos we took today in the Taklamakan Desert along the way.