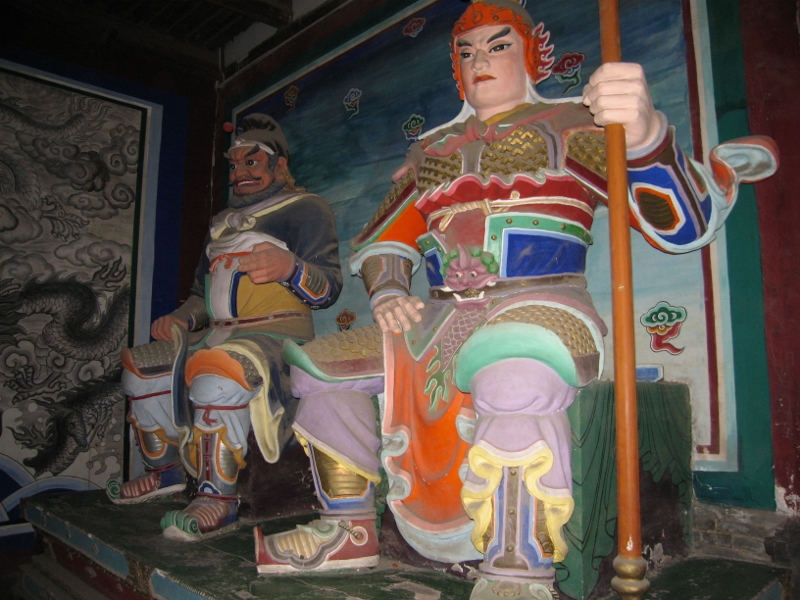 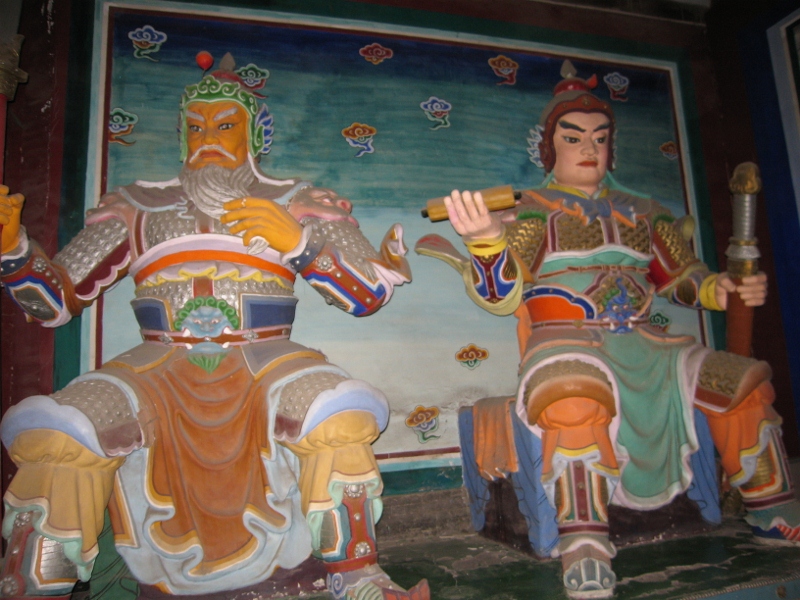 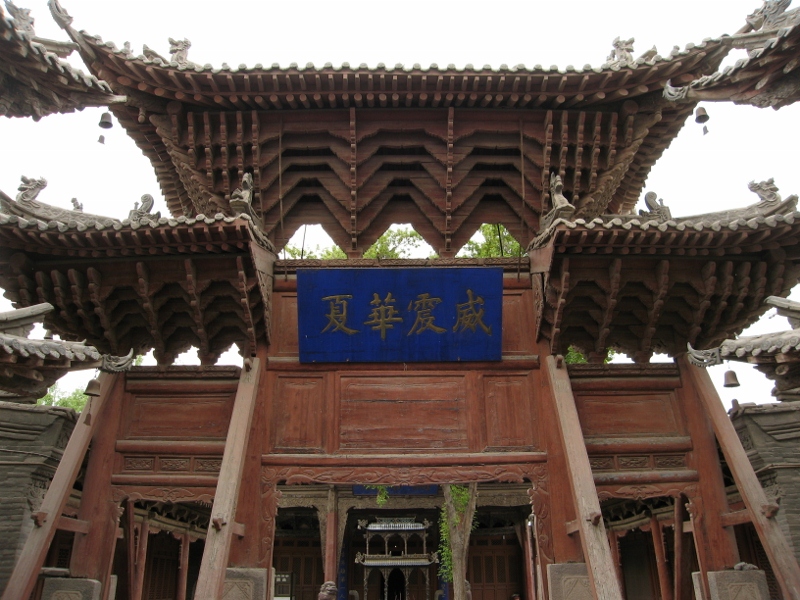 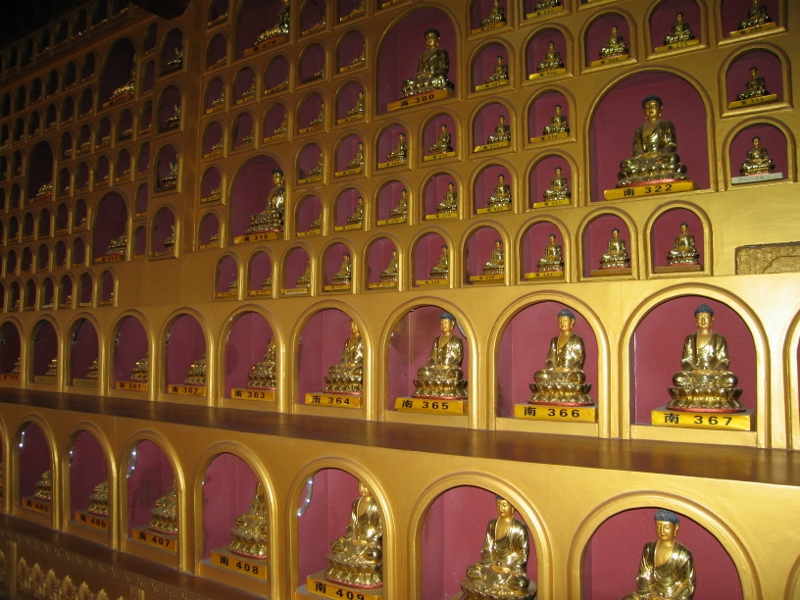 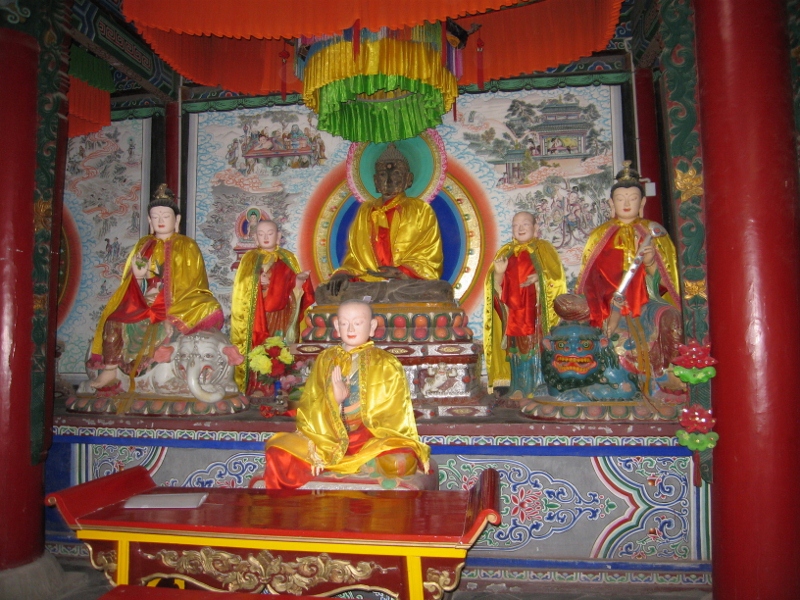 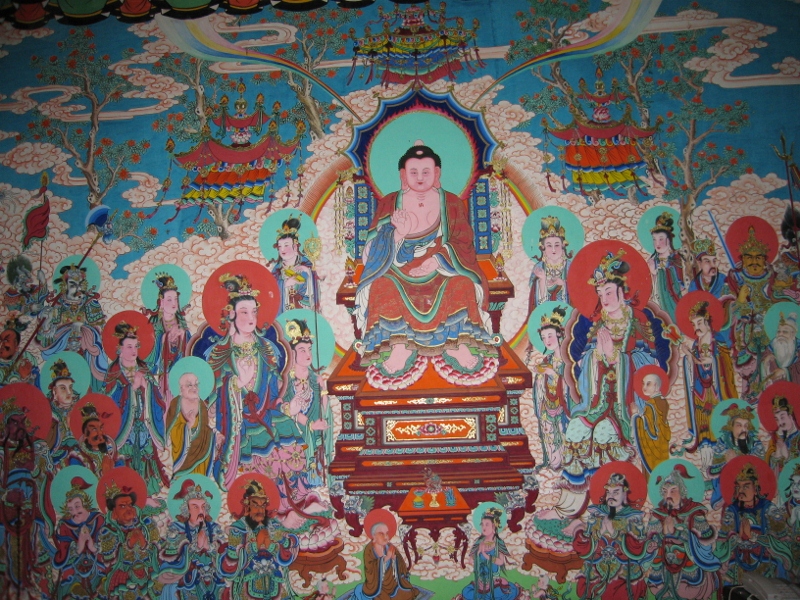 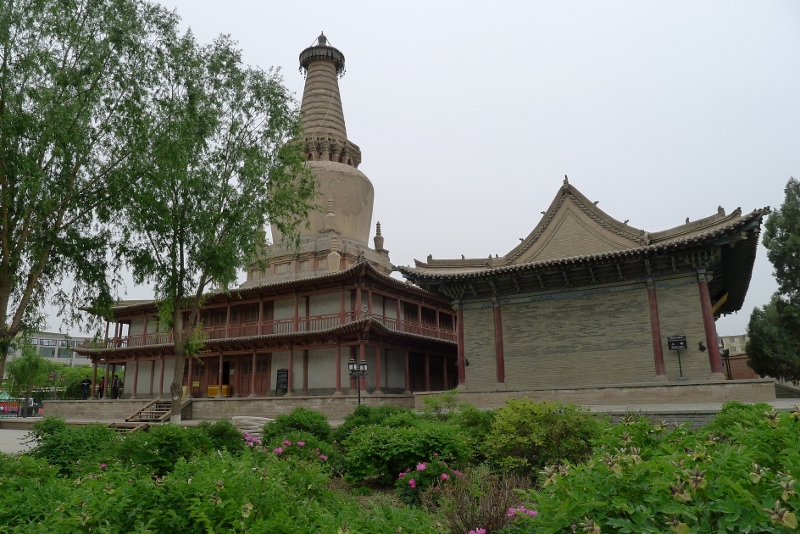 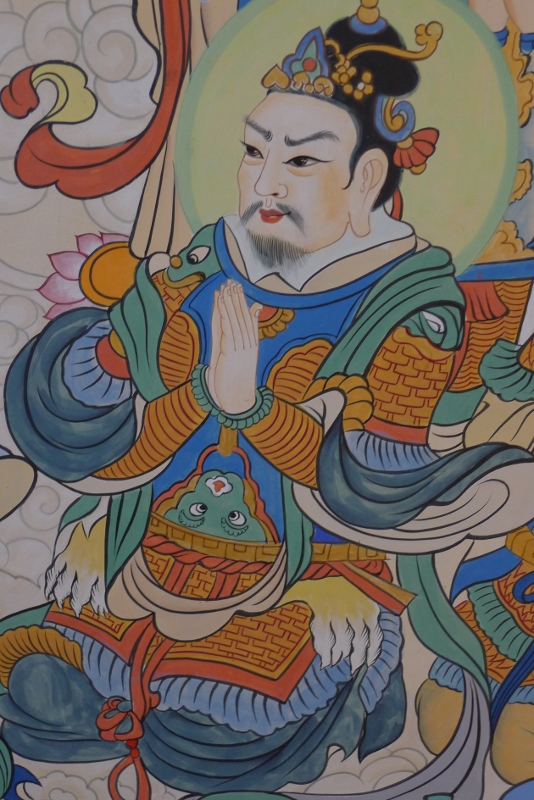 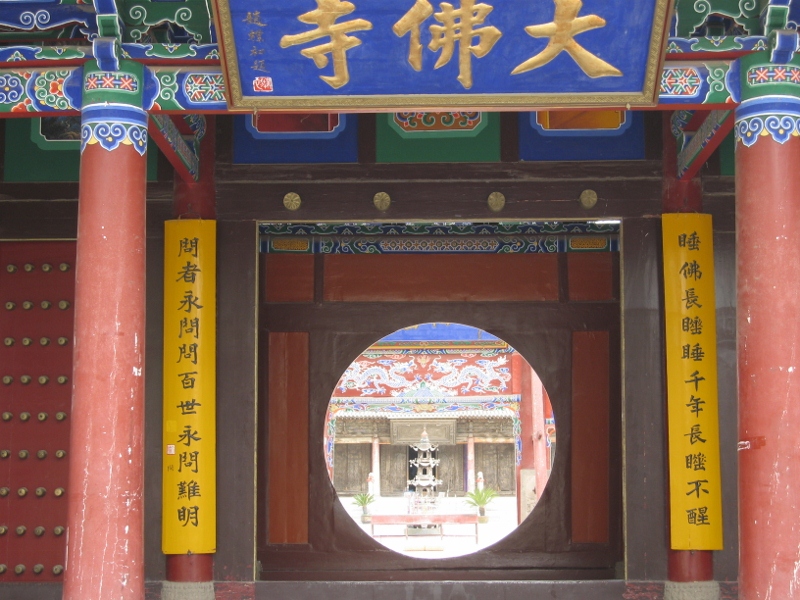 It is hard to believe that such a significant Temple, filled with sacred Buddhist relics and scriptures, exists right here in a rural town in Northern China.

It is a good reminder that once, when the Silk Road was a primary route in China, Zhangye was a major cultural town.

The Dafosi Temple, has the biggest indoor reclining Buddha statue in China.
It is 34 meters in length and it is made of clay.
It lays in a hall surrounded with eighteen sculptures of the bodhisattvas.

The eighteen bodhisattvas are a treasure by themselves, as each has a different facial expressions, and bodily posture.

It was first constructed in 1098 at the very beginning of the Northern Song Dynasty.
It has been rebuilt many times since.

The temple was built in this location, because “Wei Mie,” the tutor of the emperor, said that he heard heavenly music, emanating from that location.

He heard the music coming from under the ground, so he dug down and found a small reclining statue of Buddha.

The Dafosi Temple was built on the site of the heavenly music.
Later, the Southern Song emperor, Gong Di, became a Buddhist monk here after he was dethroned by the Mongol invaders.

It is said that Kublai Khan was born in this temple.

Marco Polo’s spent two years here, translating and exploring the wisdom of the scriptures found in this temple.
The sacred Buddhist scriptures were discovered under the pedestal of the Jin Ta – or Gold Tower around the year 1400.

We walked around the beautiful temple complex, admired the paintings and the ancient rolled scriptures.
We sat in the garden and listened to the wind.

I also heard heavenly music once, coming out of nowhere, while I was in the pool floating and meditating alone.
The music was clearer when I tuned in carefully, and dissipated when thoughts entered my mind. I was at awe, and I remembered how some famous musicians and composers, said that they heard the music that they composed, playing out of nowhere, and all they needed to do what to transcribe it into written notes.

The heavenly music is always playing, we just need a quiet unburdened mind to be able to tune in and hear it…